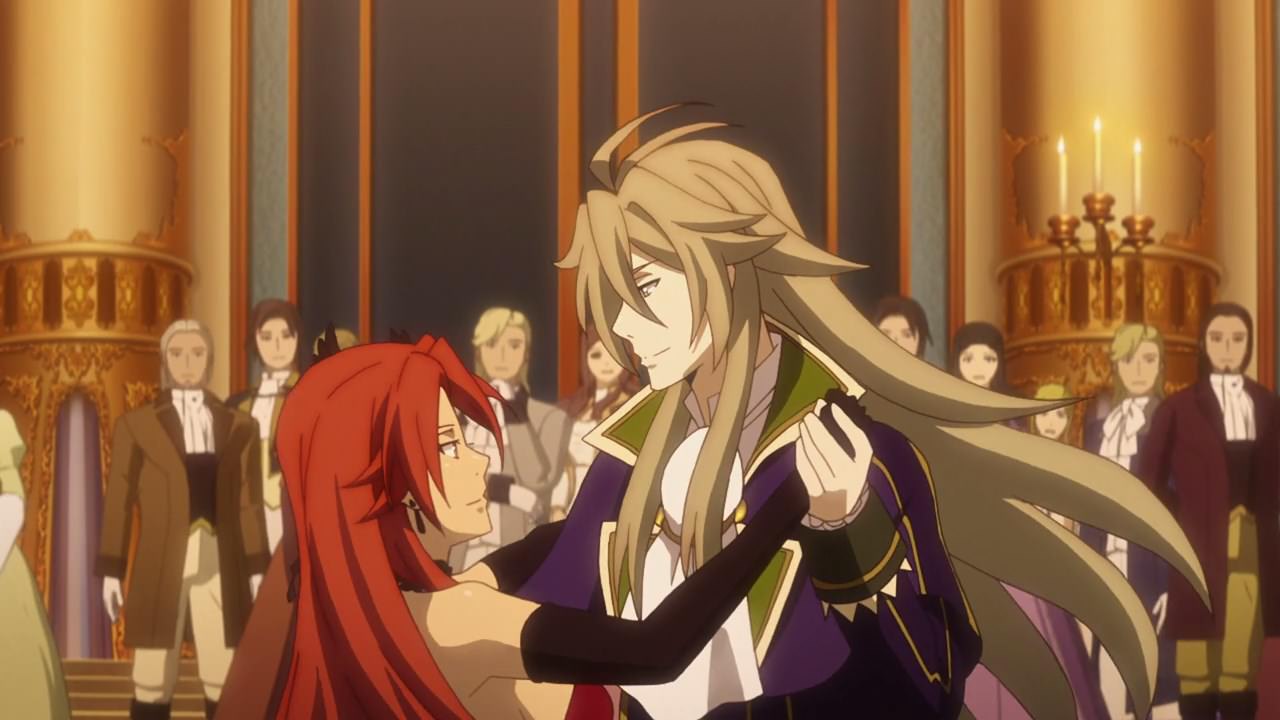 On this episode, we have a party in Altirk as Villar Constance’s mage leader Margaret Odius celebrates her 25th birthday. And while the Earl of Altirk let female mages go once they reached 25 years old, let’s not get to it because for now, it’s Margaret’s turn to shine on this episode.

So let’s talk about Margaret Odius a bit as she served under Earl Villar Constance for the longest time and handled many things as Villar’s aide, especially when it comes to military and foreign policy. 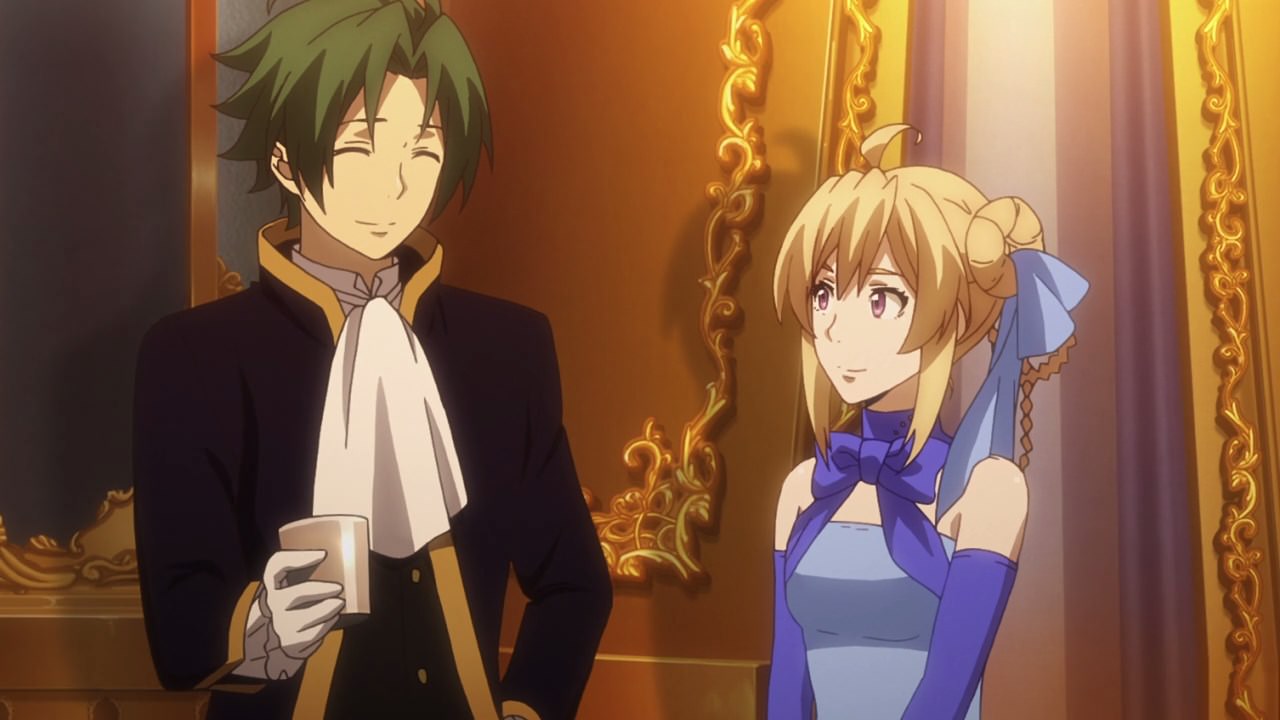 Oh yes, here’s Theo Cornaro and Siluca Meletes as they’re invited for this special occasion. After all, it’s a birthday celebration for Margaret Odius.

Of course, they’re not the only notable ones who got invited… 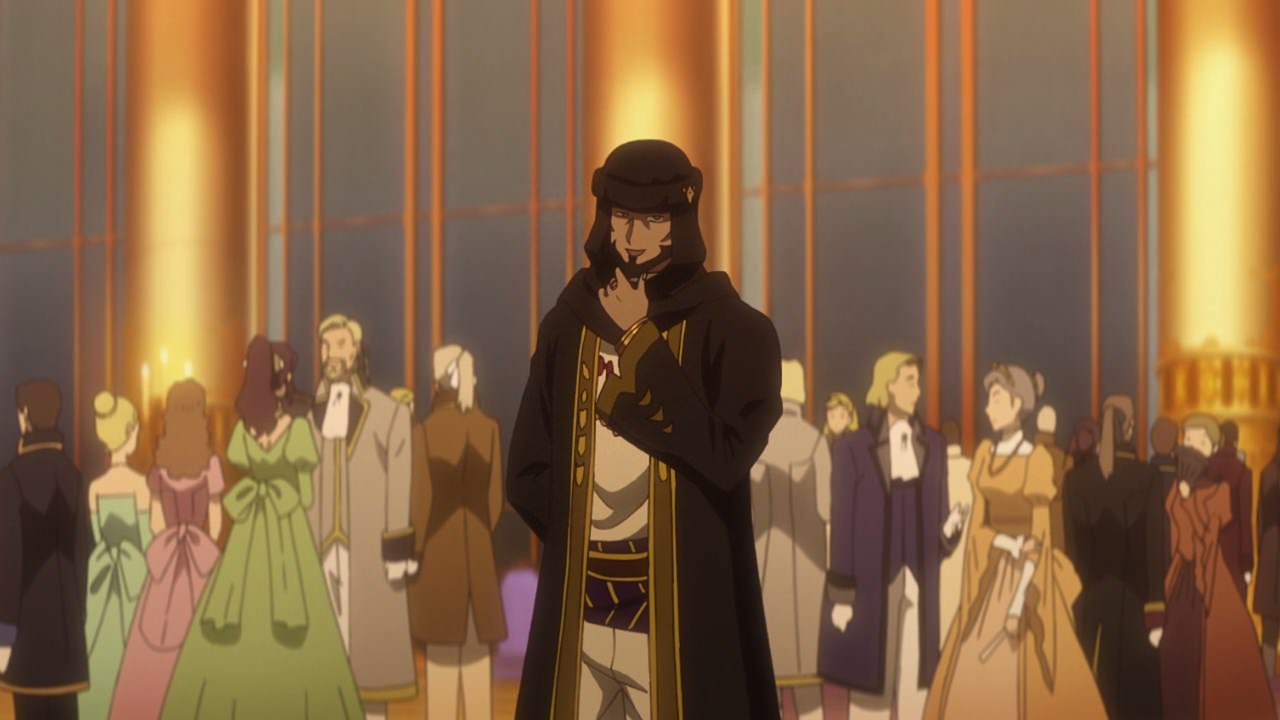 There’s also Lord Milza Kuces who got the invite from the Earl of Altirk. And while he’s celebrating Margaret’s 25th birthday, Lord Milza wants some other things like inviting Theo for a man-to-man talk outside the ballroom… 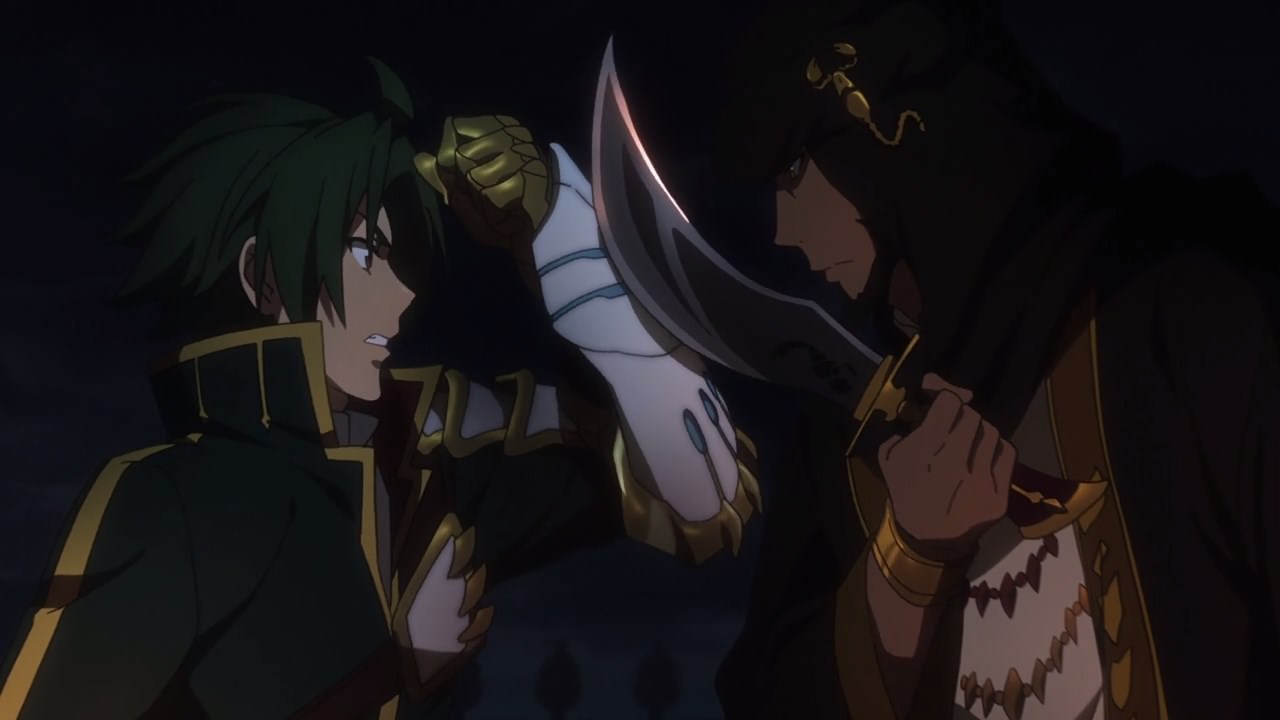 …which turned out to be a duel between Theo and Lord Milza. Uh guys, this is a birthday party, not a place to settle disputes with swords.

Nah what the heck, let’s see if Theo Cornaro would do well against the lord from Dartagnia. 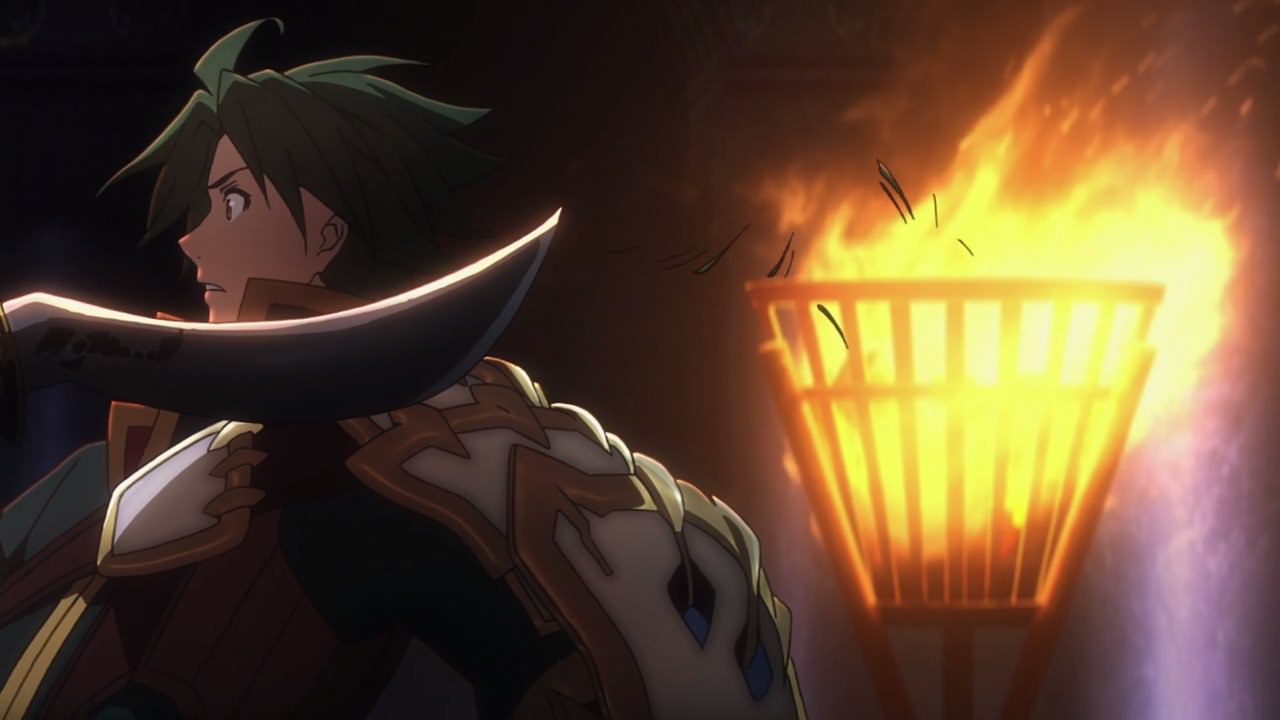 Unfortunately for Theo Cornaro, his strength is not enough when pitted against Lord Milza Kuces who accused him of not having the fortitude to protect his allies and the ambition to become a better lord across the continent. 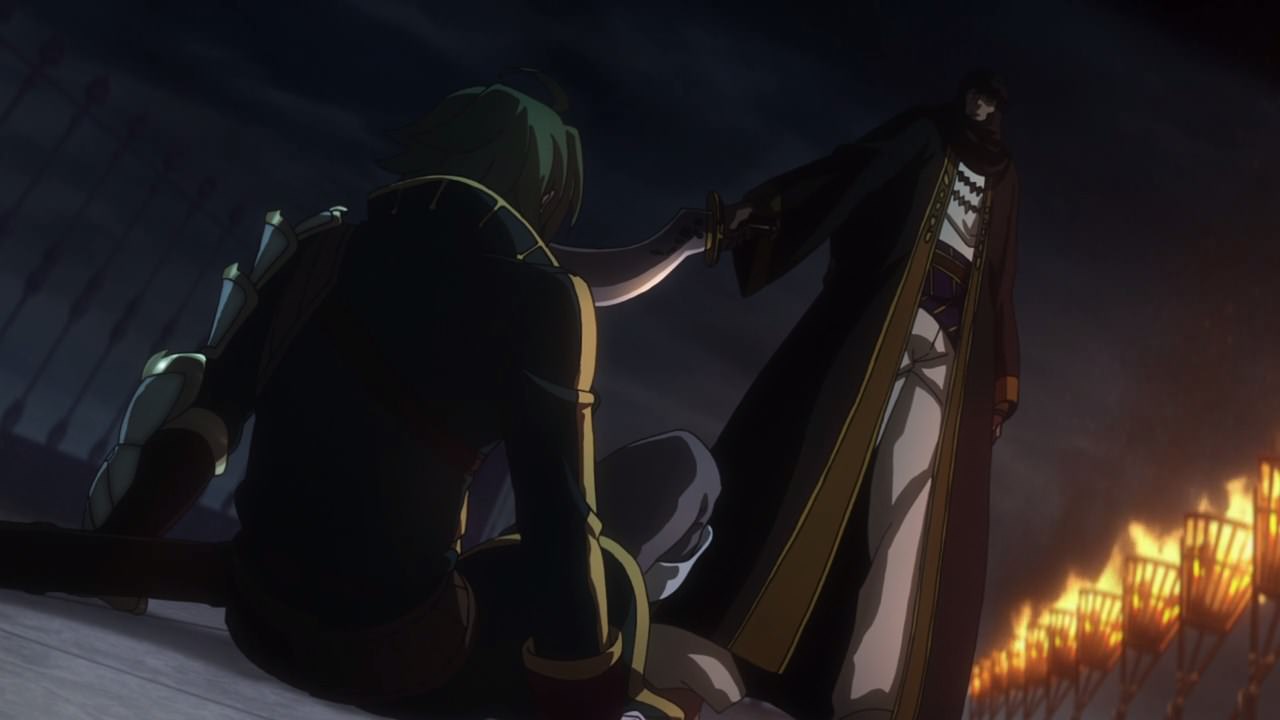 In any case, Lord Milza Kuces spared Theo Cornaro for the time being. But if they met on the battlefield, Theo won’t stand a chance against Lord Milza.

Well, let’s go back to the ballroom as Margaret Odius’ birthday is still ongoing. 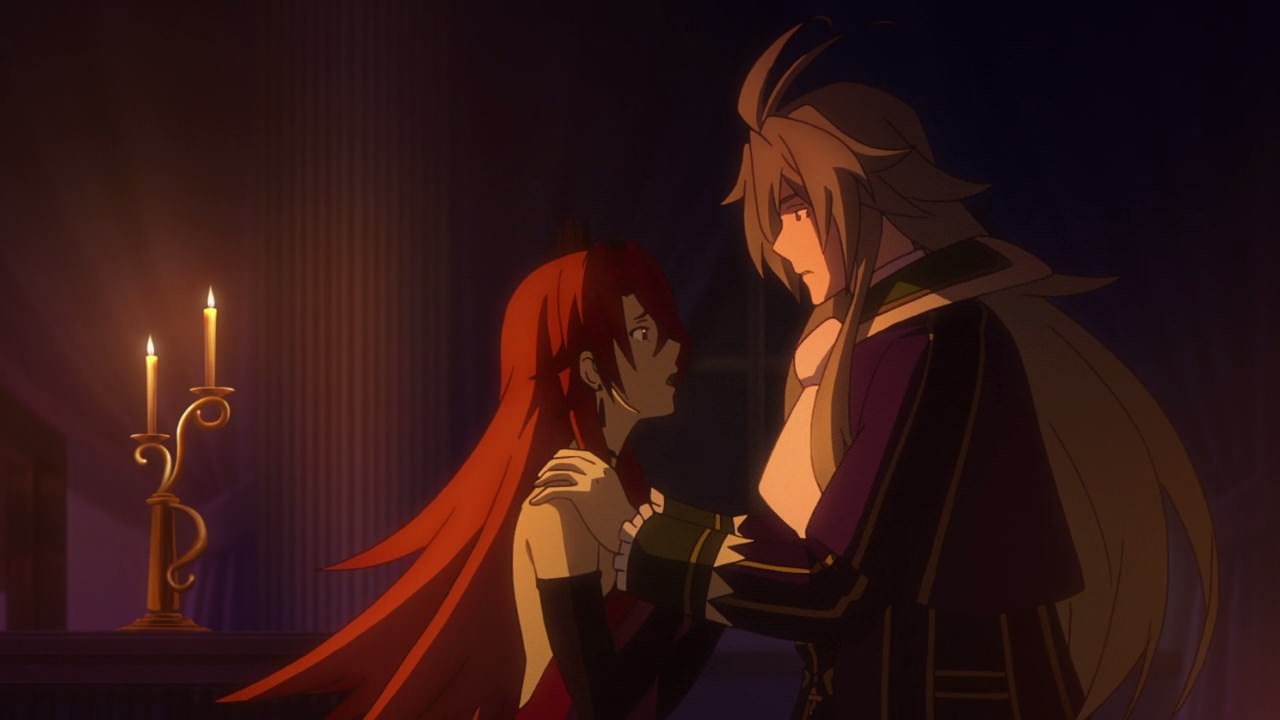 After the birthday party, it’s time for some personal talk between Earl Villar Constance and Margaret Odius as she wanted to consider staying at his side indefinitely instead of leaving. Unfortunately for the Earl of Altirk, he couldn’t do that because it turns out that Villar has a dark past that prevented him for letting Margaret stay or even marry the long-time mage.

In any case, it was revealed that Villar’s mother Floria was a member of Kreische clan. However, his father Lucien defected to the Fantasia Union and Villar’s mother resented him. Yet despite the abuse from Lady Floria, Villar Constance still adored his mother. It’s no wonder why he couldn’t commit to a long relationship with a female mage, especially Margaret Odius.

With that said, I’m hoping that Margaret Odius will find happiness once Earl Villar Constance let her go, although I’m curious to see where she’ll headed next. 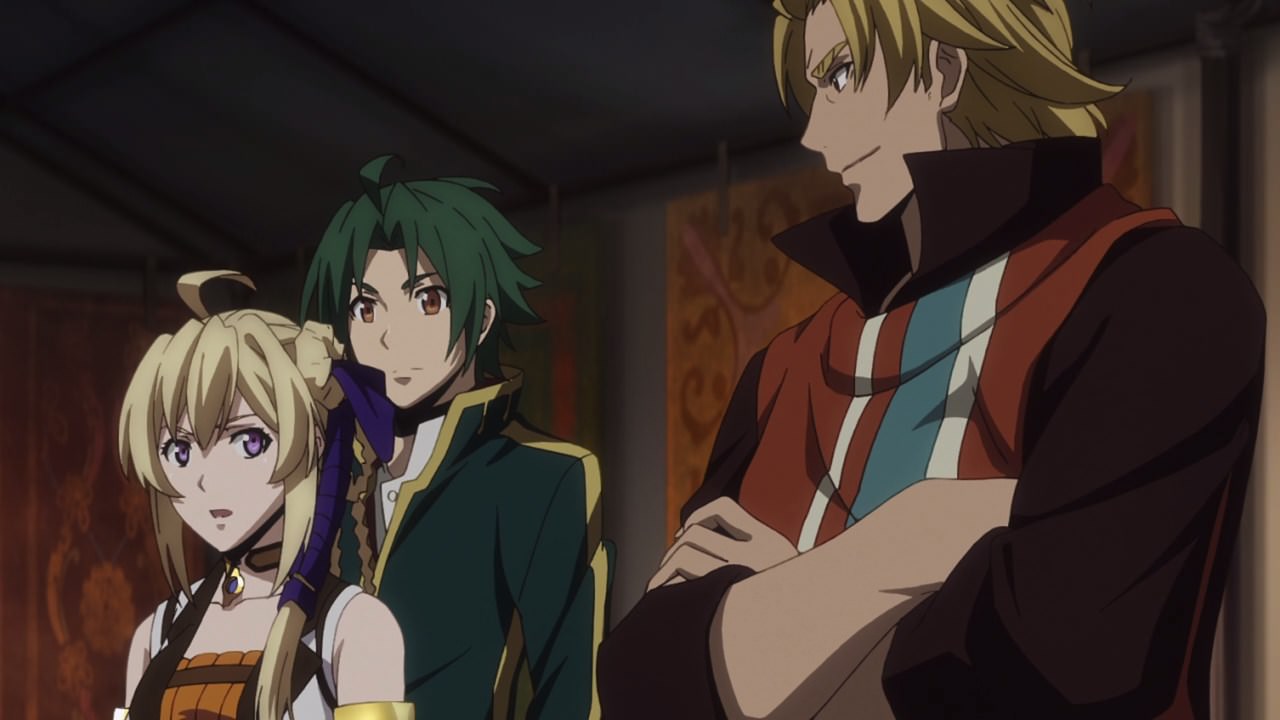 Now then, let’s move onto the serious stuff as the lords from the Fantasia Union will gather for a meeting at Jalucia. But first, Earl Villar Constance wants to take care of business in both Clovis and Forbes regions ever since Lord Lassic David conquered the Sievis region.

So, Theo Cornaro and his group will join Lassic David as they’ll go to the Forbes region, while the rest will take care of business in the Clovis region. Once they moved their forces to Forbes, they have to quell two barons who has decided to align themselves with King Jericho Orlick, which in turn siding with the Factory Alliance.

In any case, Theo Cornaro will confront Baron Ladvan in later time. As for the other baron? Lord Milza Kuces will take care of it. 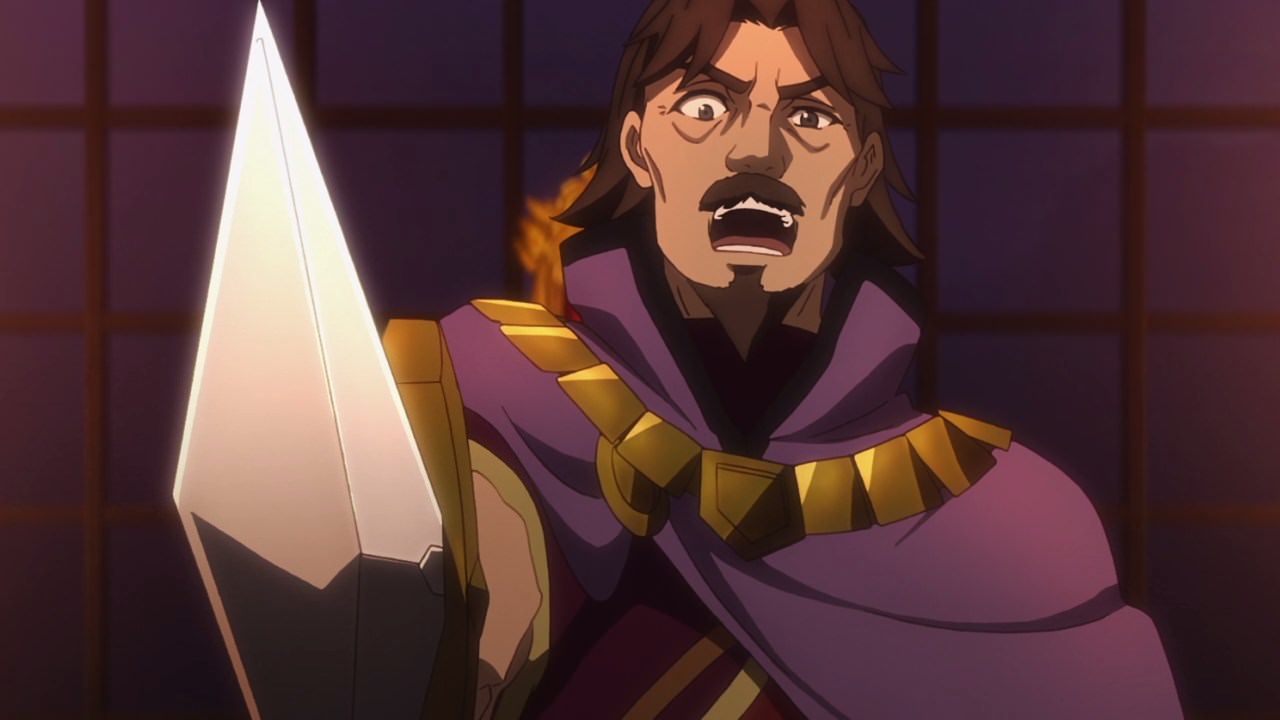 Anyways, this is Baron Brannis as he was told by Lord Milza Kuces to surrender his crest and leave the castle.

Of course, Baron Brannis refused to escape the castle as he and his other lords decided to take Milza’s head and crest instead. 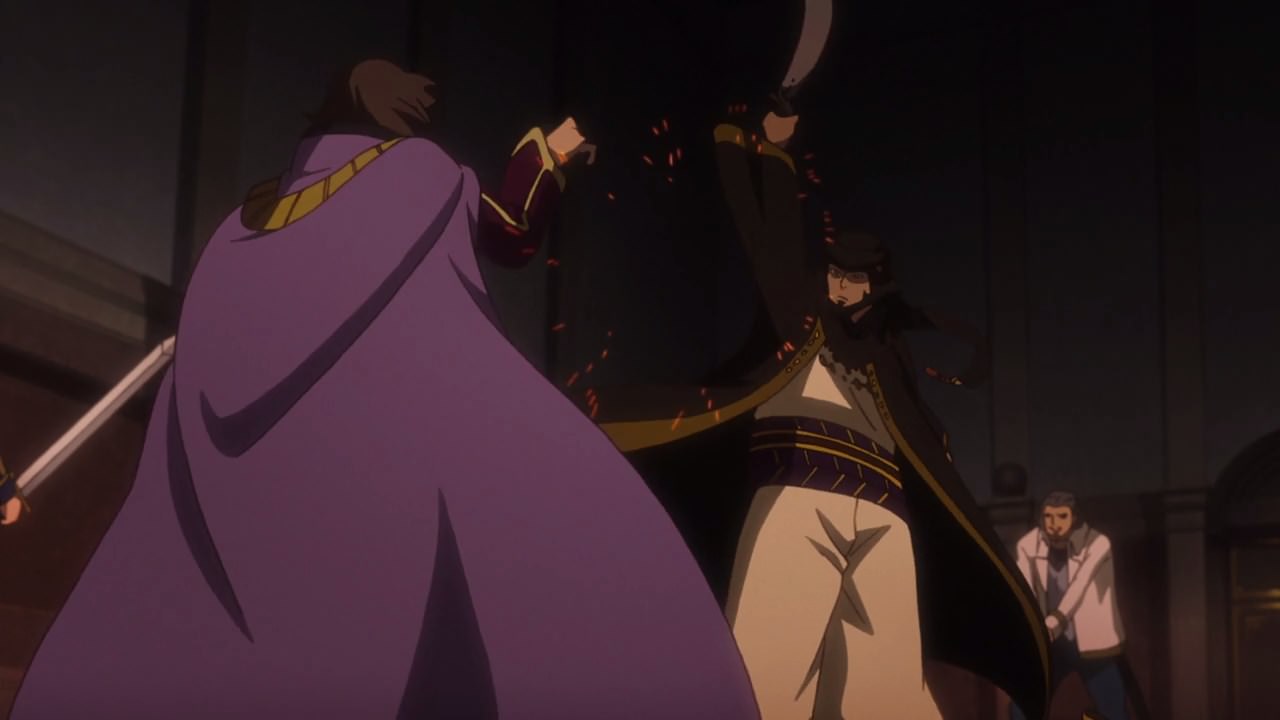 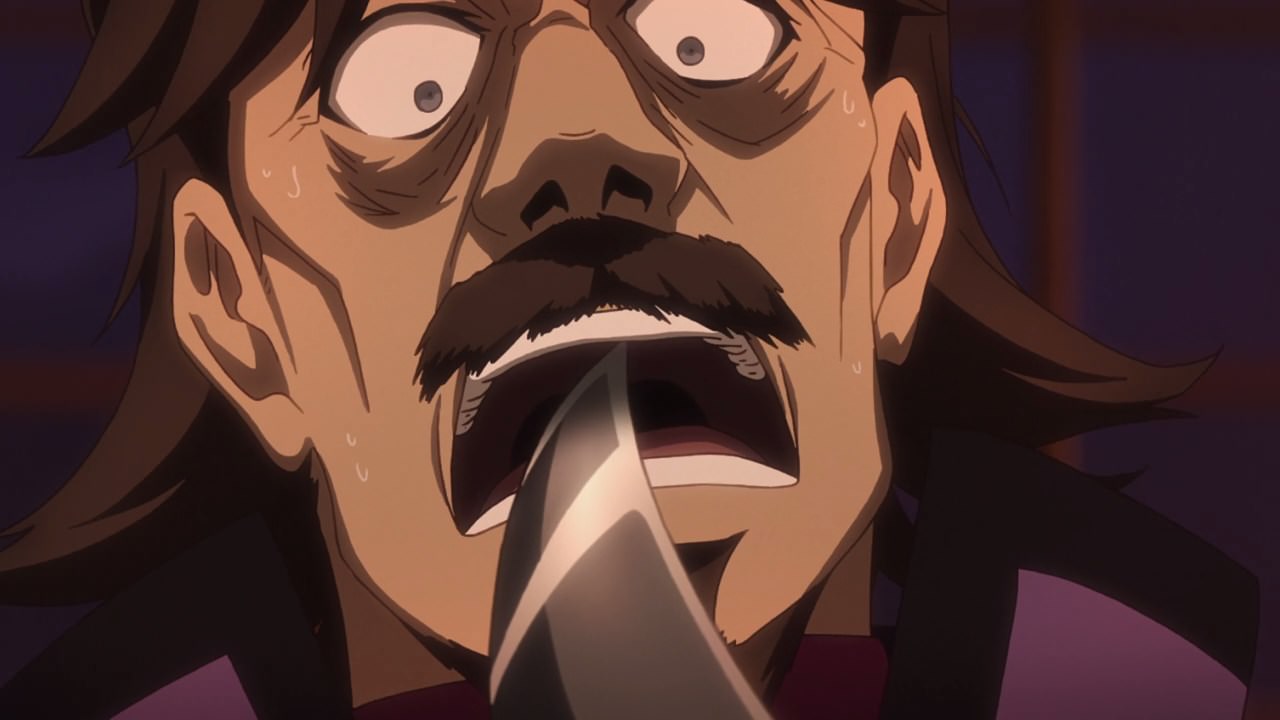 But then again, this is Lord Milza Kuces we’re talking about as he disarms the baron and put his blade into Brannis’ mouth, just to tell him that Lord Milza means business.

Seriously, Baron Brannis is in a tight situation when he’s up against a lord from Dartagnia. 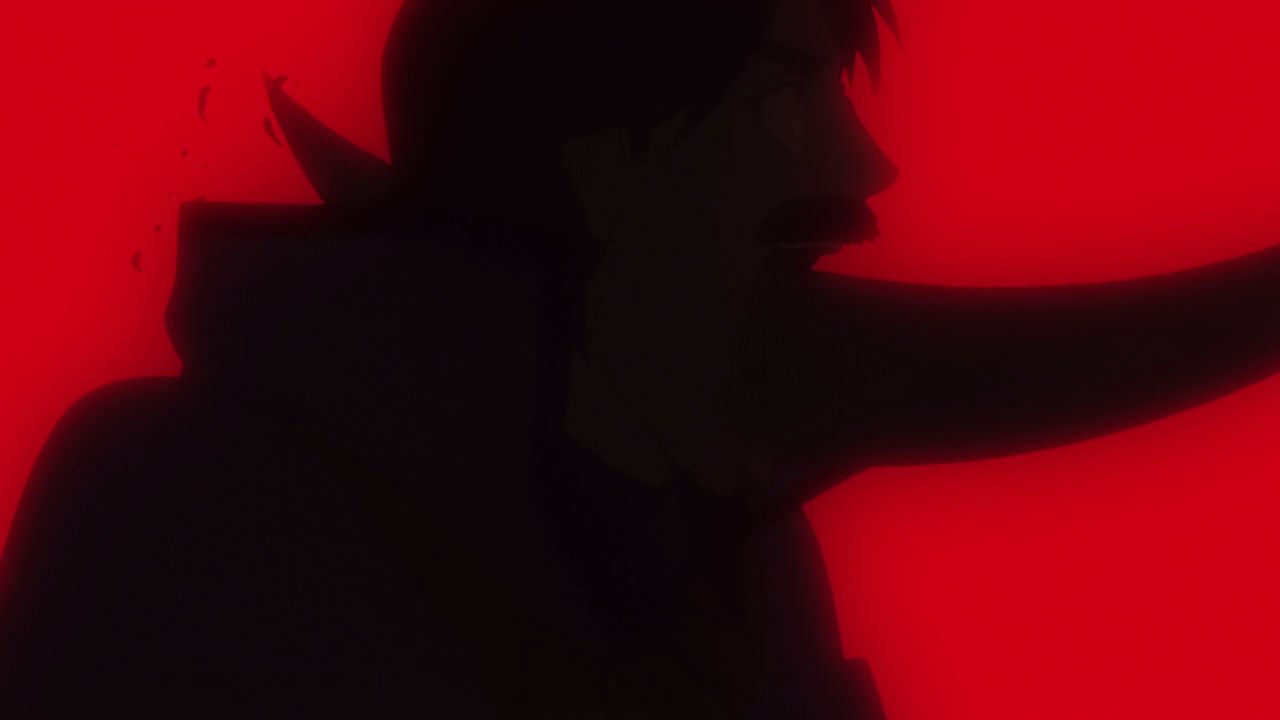 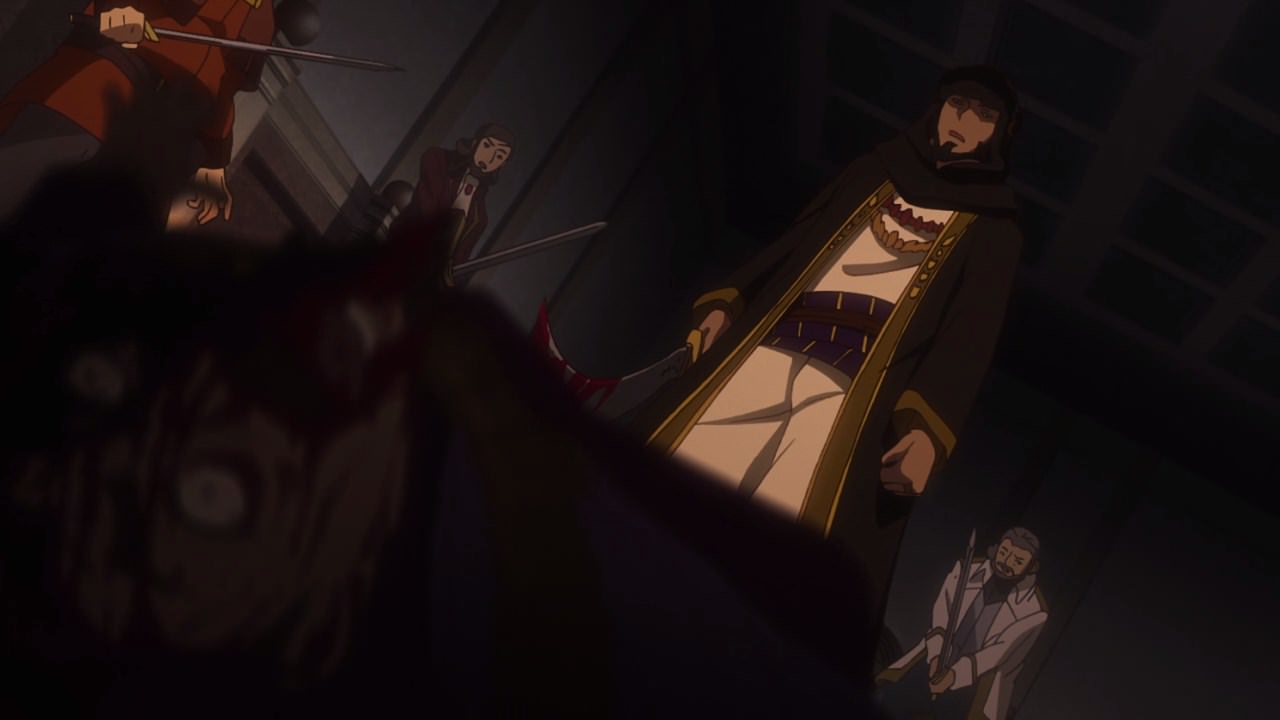 In any case, looks like the Venomous Snake of Forbes is no more as Lord Milza Kuces defeated him. The baron should have listened to him when Brannis had a chance to live. 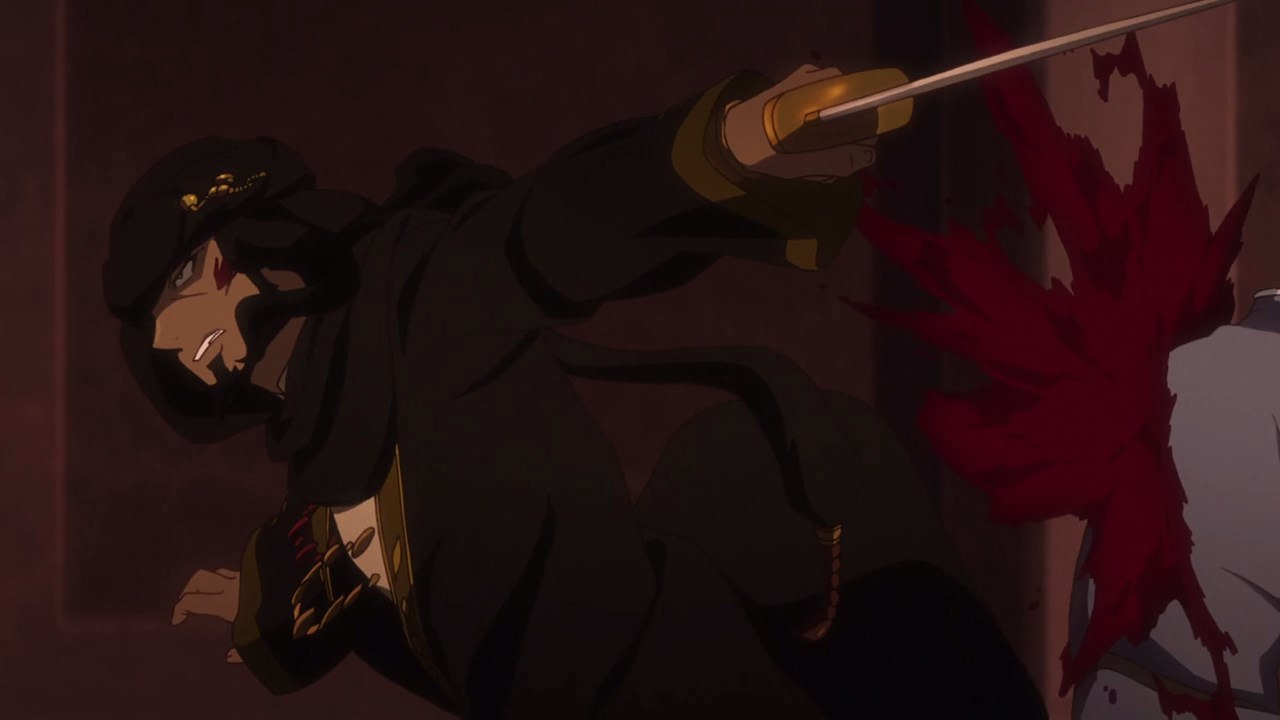 Then, he proceeds to kill the other lords sans the women and children because Lord Milza doesn’t like it. 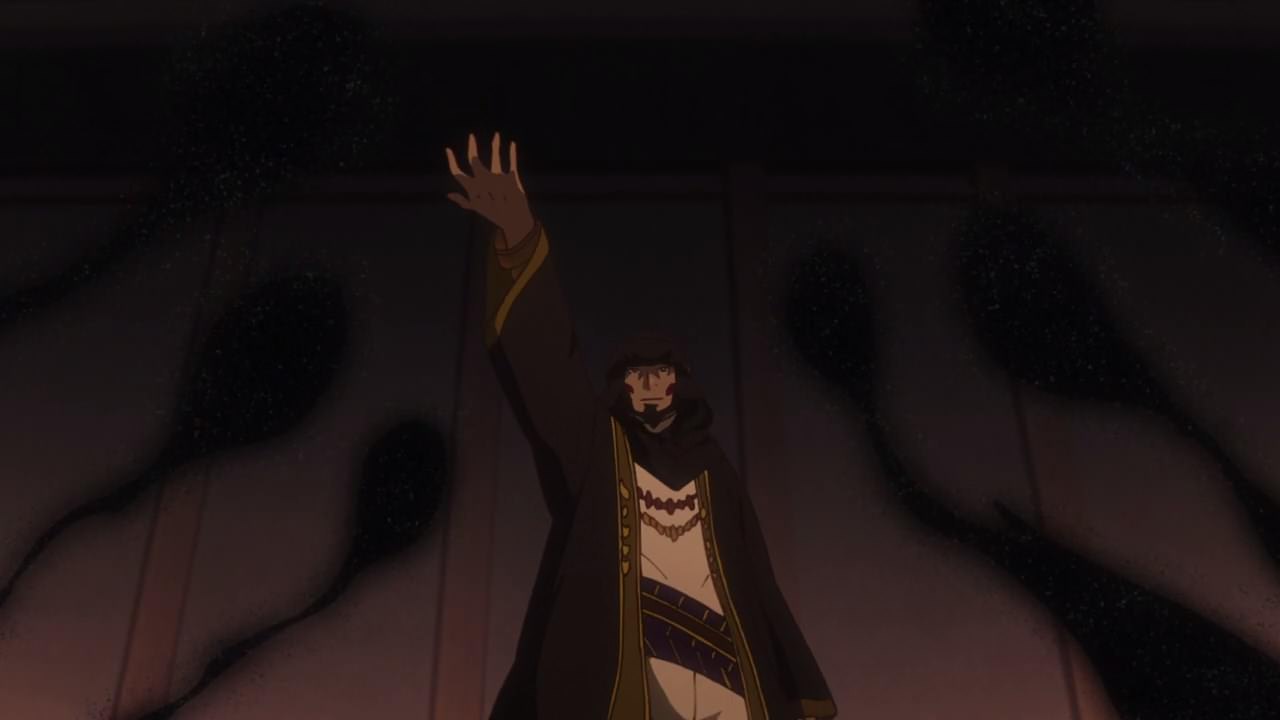 And lastly, Lord Milza took their crests after Baron Brannis and his fellow lords died in one fell swoop. Well, that was a brutal way to quell one rowdy lord who refused to join the Union, but I wonder what Lord Milza is planning.

Anyways, I’ll see you on the next episode as the campaign to subjugate the entire Forbes region continues.