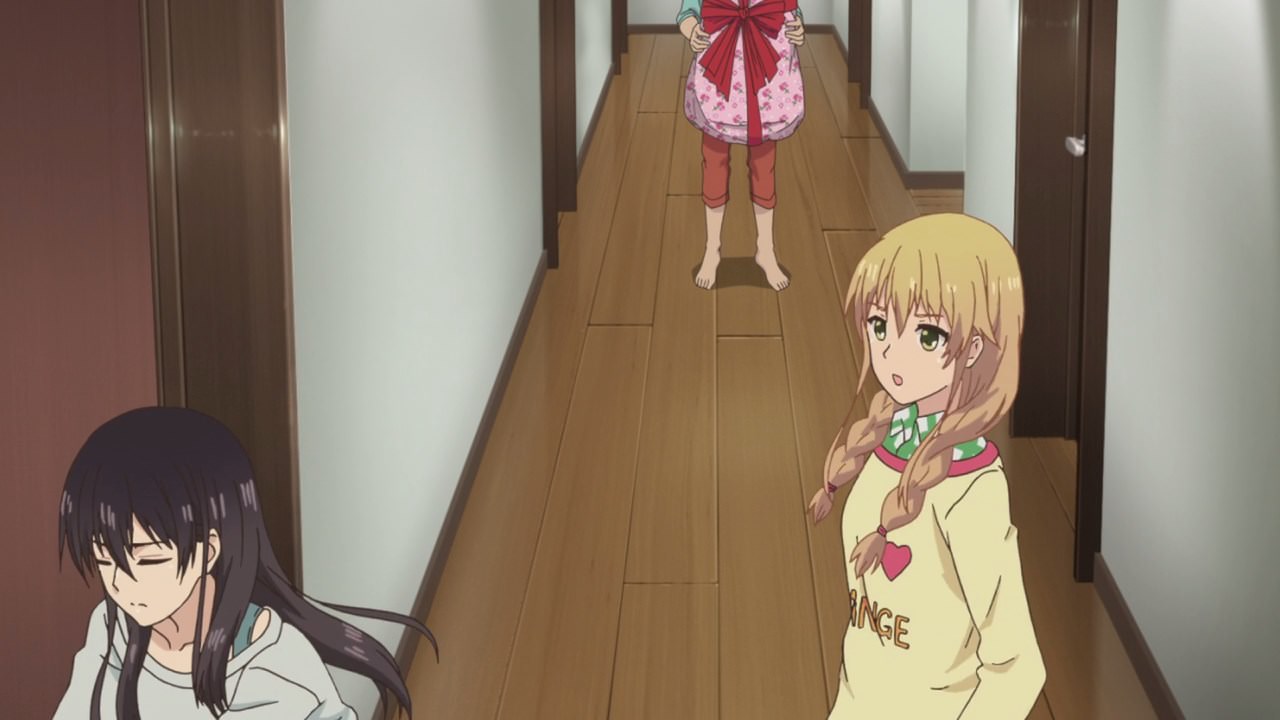 Oh boy, seems that Mei Aihara is not happy that her father has returned home for some reason. I wonder why she’s acting like that when it was supposed to be a happy reunion? 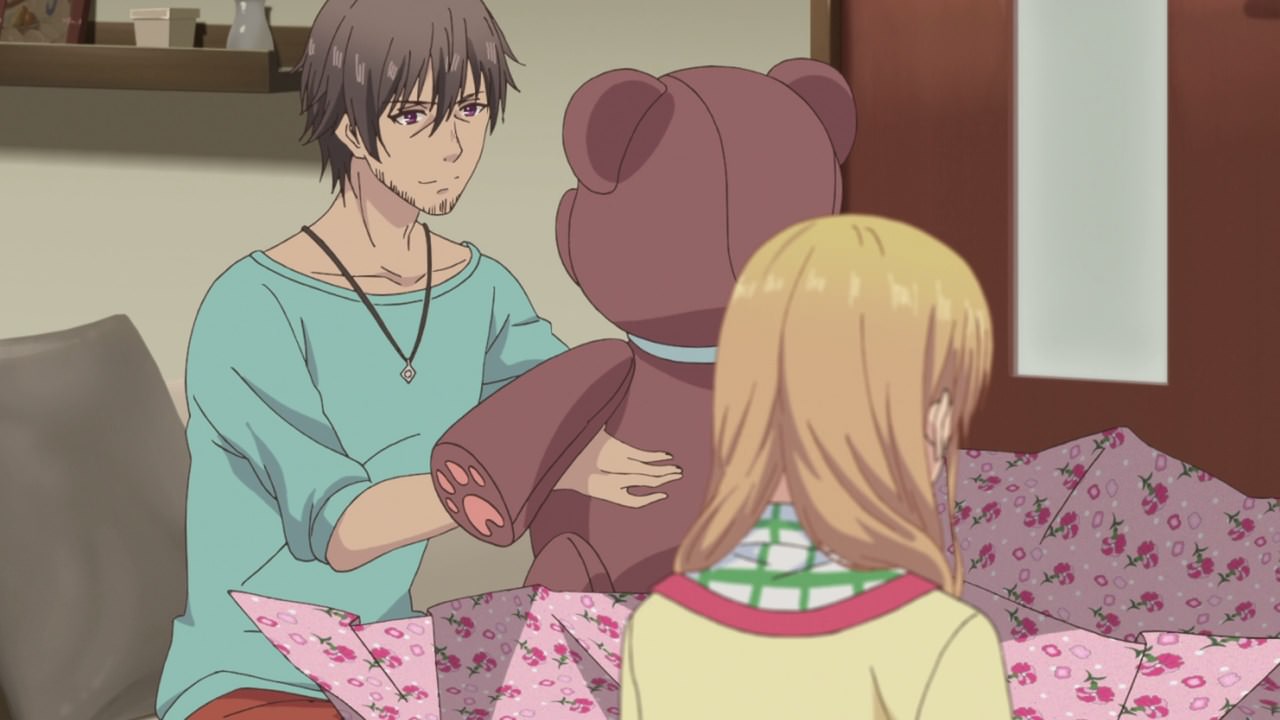 Anyways, this is Shou Aihara who is not only Mei’s biological father, but also a teacher at Aihara Academy. Yup, that’s the school where both Mei and Yuzu currently attends. Oh yeah, and he was supposed to give this teddy bear to Mei before running off to her room.

Of course, Shou-san was supposed to inherit the academy but unfortunately, he has other plans in his life like traveling abroad and teaching kids to learn and have fun with it. It’s very different from his previous approach when Shou-san was a strict teacher who puts more effort on maintaining the academy’s standards over his family. 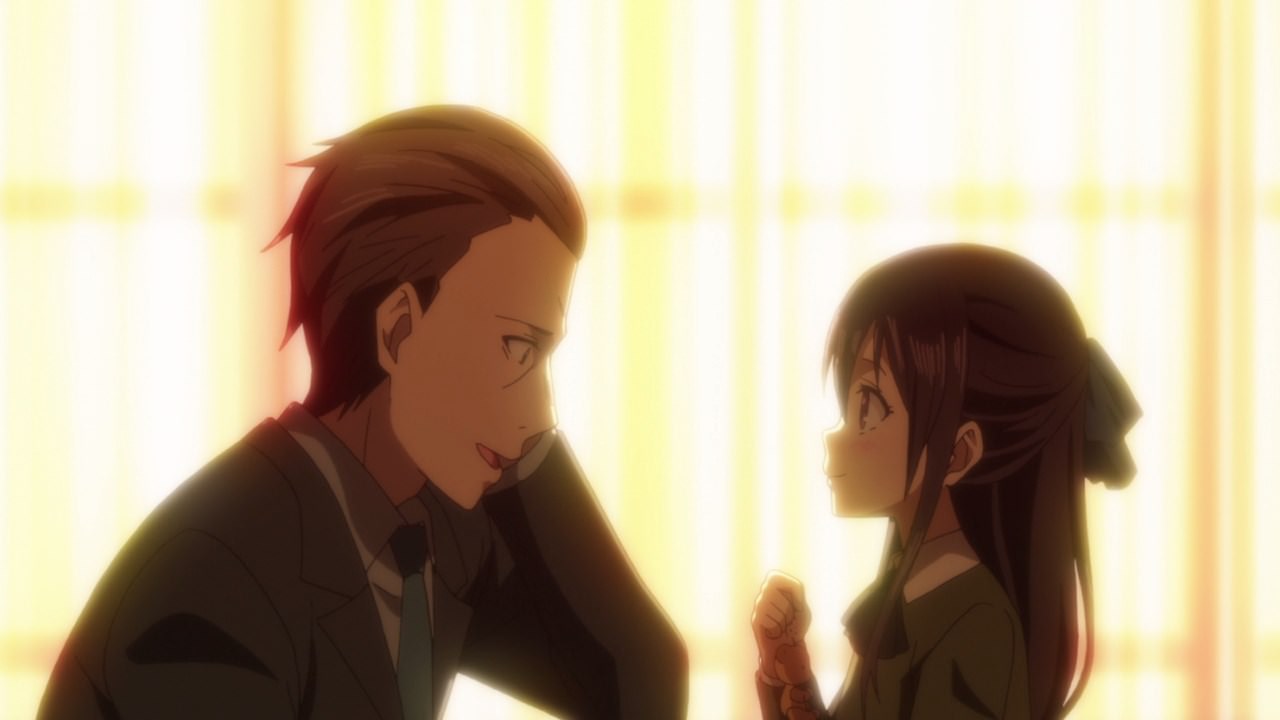 And because of his strict attitude, he’s somewhat regretting it as Shou-san divorced his wife, resigned his position as a teacher, and left the country 5 years ago in which Mei was saddened by it because she admired her father very much.

Then again, he should have told his daughter about his plans for the future beforehand as Shou-san wanted to explore the outside world while having a happy family instead of a broken one. At least Shou-san didn’t cheated his current wife. 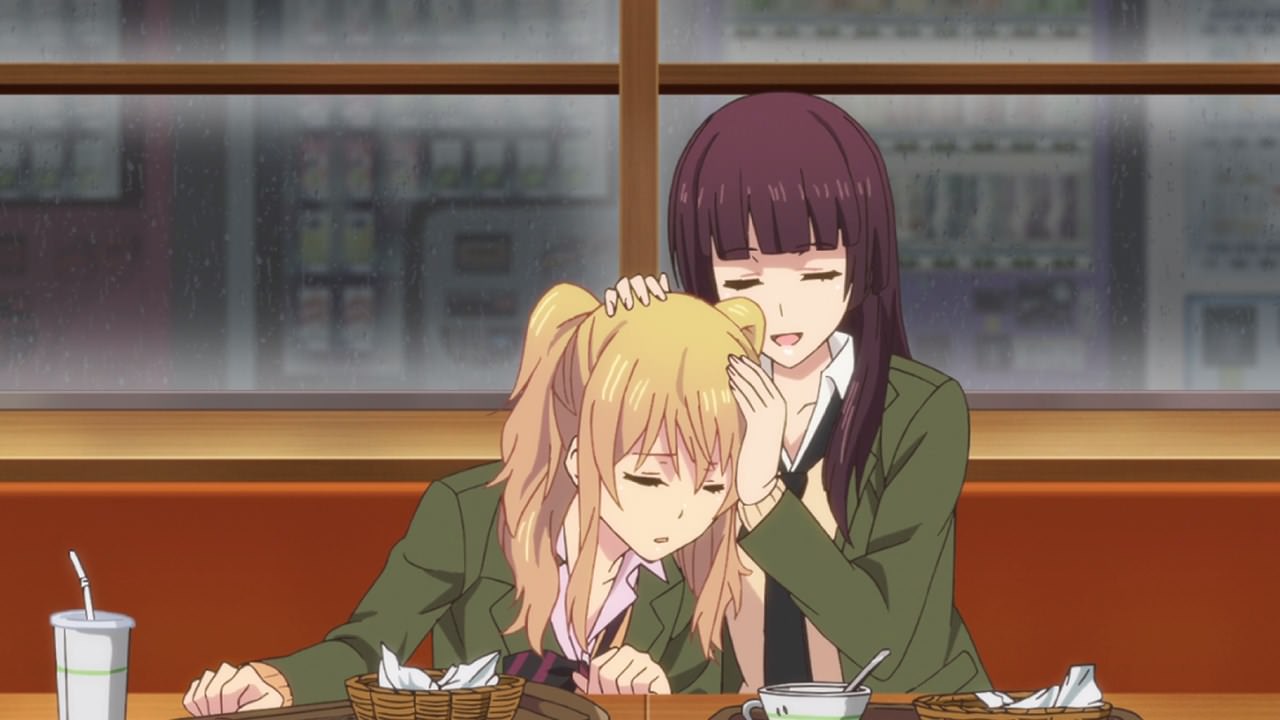 So yeah, it’s complicated thing between Mei and his father that Yuzu couldn’t think straight. At least Harumi Taniguchi is comforting her like a mother.

But you know what, I think it’s time for Yuzu to resolve this mess instead of leaving it hanging. 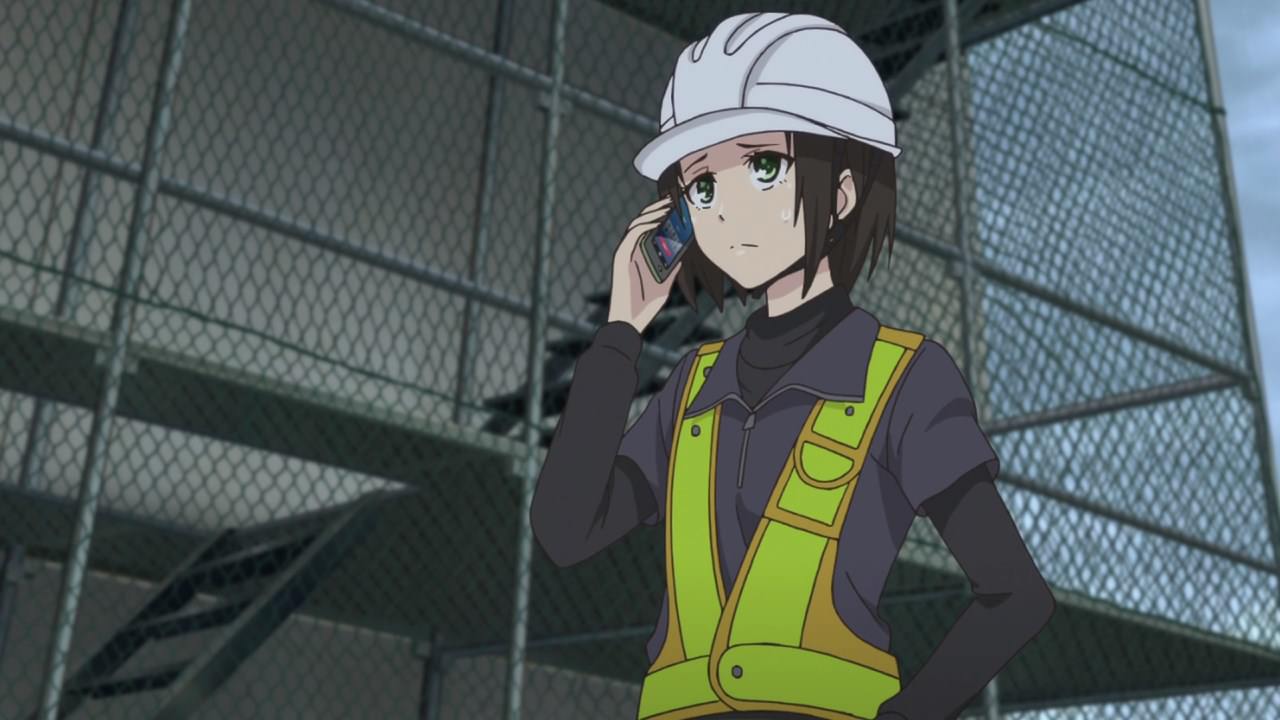 In any case, Ume Aihara called Yuzu that Shou-san will travel to another country again, so she told Yuzu to pick Mei up. 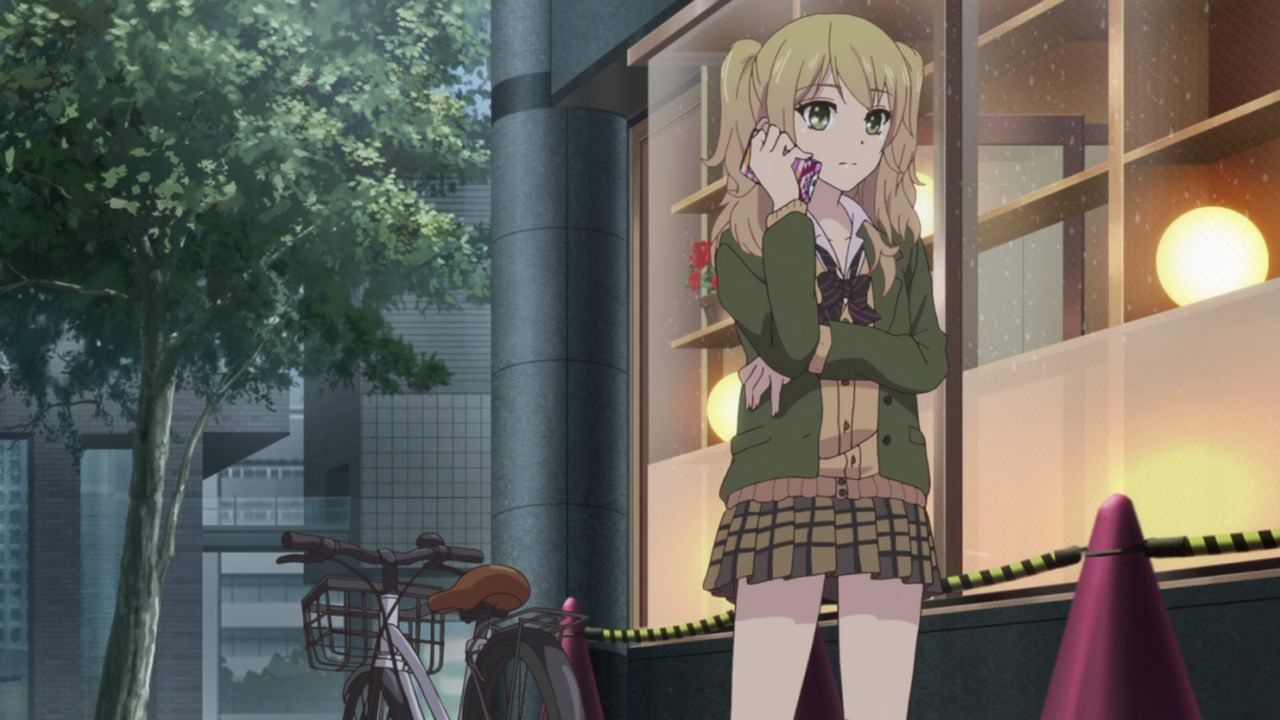 Oh and to make matters worse, Shou-san will take the train towards the airport at 6:40 PM. Yeah, that’s not enough time for Yuzu to go back to the academy and tell her step-sister to see her father again! 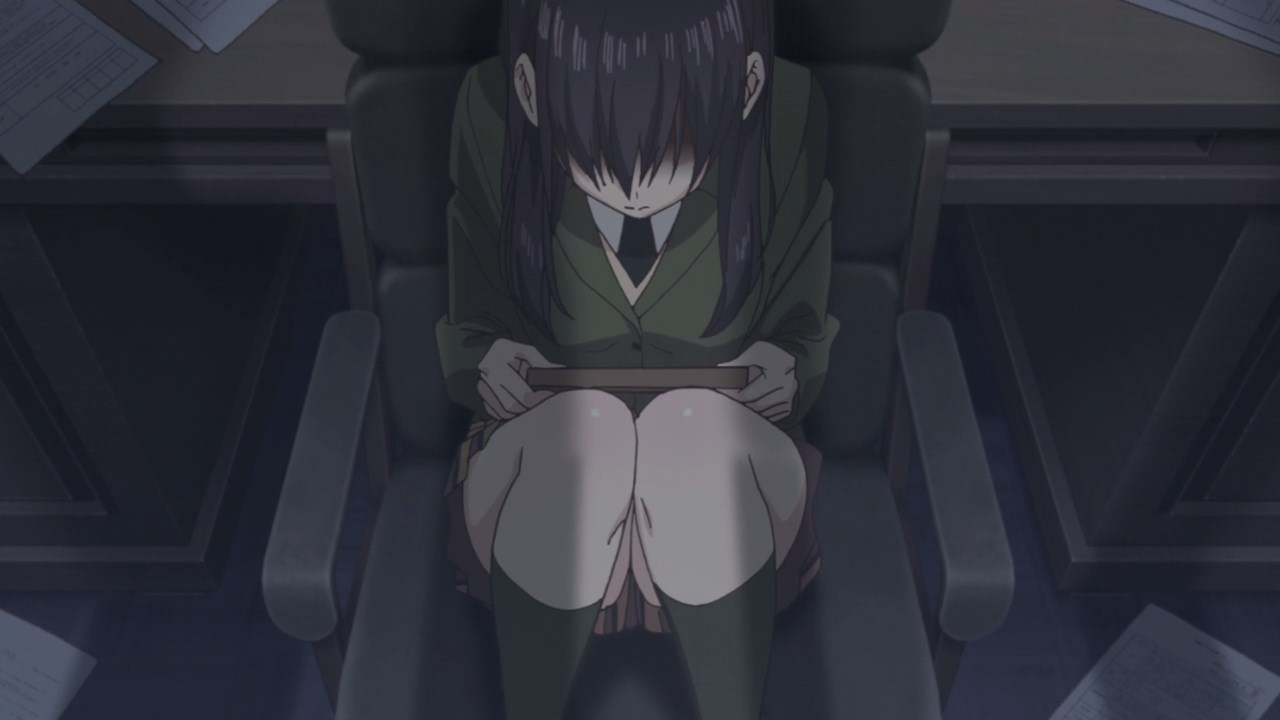 And speaking of Mei, she’s inside the chairman’s room as Mei is moping around as if she won’t see her father again.

But you know what, I think it’s time for Mei to talk to her father earnestly for one last time. 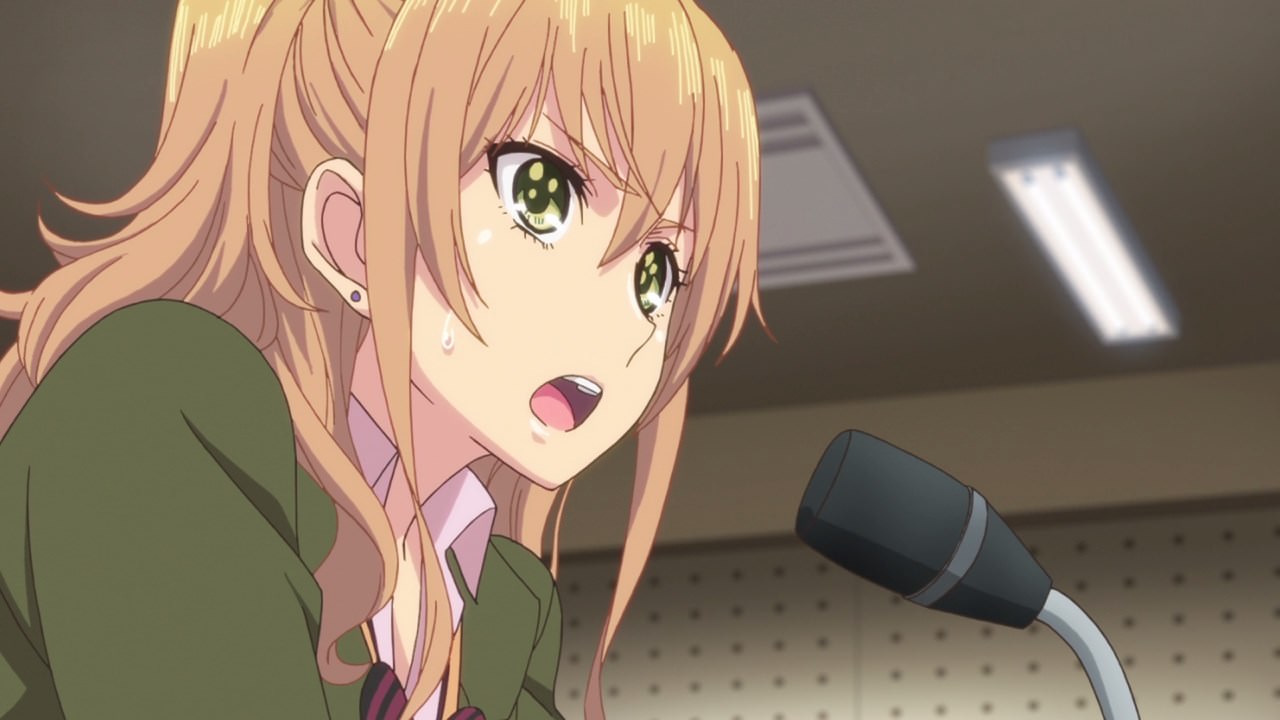 So, Yuzu manged to return to Aihara Academy and called Mei out over the PA system that she did a good job of protecting the school for her father’s sake.

Also, Yuzu told Mei to see her father again as Shou-san really cared about her daughter, despite leaving Aihara Academy as a teacher and travelling around the world. I’m hoping that Mei would get this message. 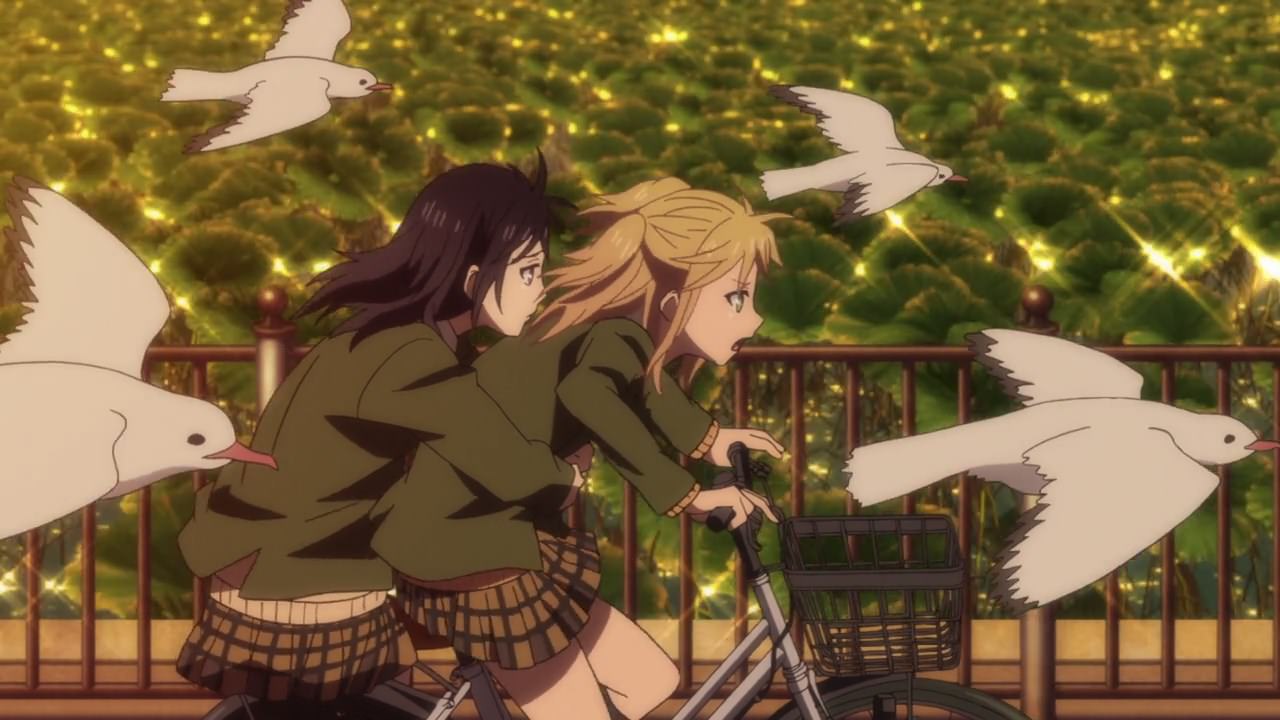 Fortunately enough, Mei comes out from her room and took a bicycle ride from Yuzu. Well, Yuzu borrowed this bicycle from Harumi in which she’s okay with it. 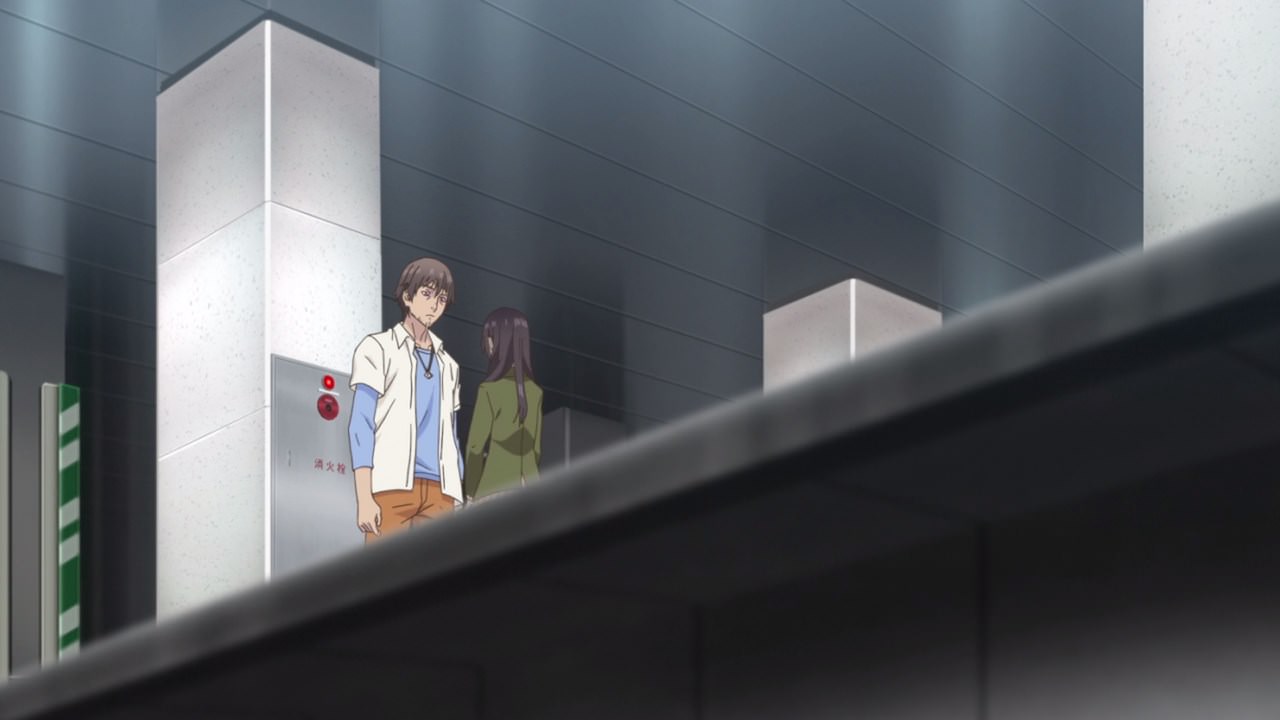 Anyways, it seems that both Yuzu and Mei managed to see their father off. Not only that, but Mei talked to Shou-san before boarding the train towards the airport. 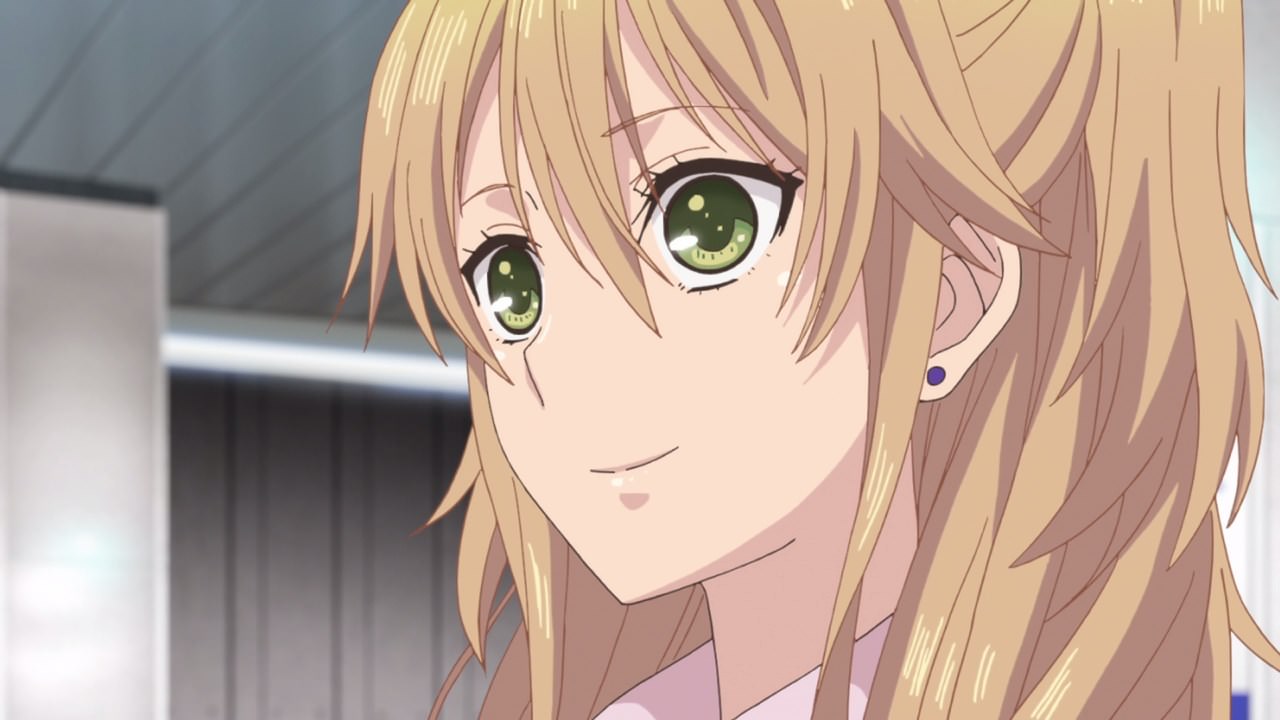 So yeah, I’m glad that Mei has managed to reconcile with her father as Shou-san departs to another country. Even Yuzu is happy that her step-sister is able to move on now that her relationship with Shou-san is resolved! 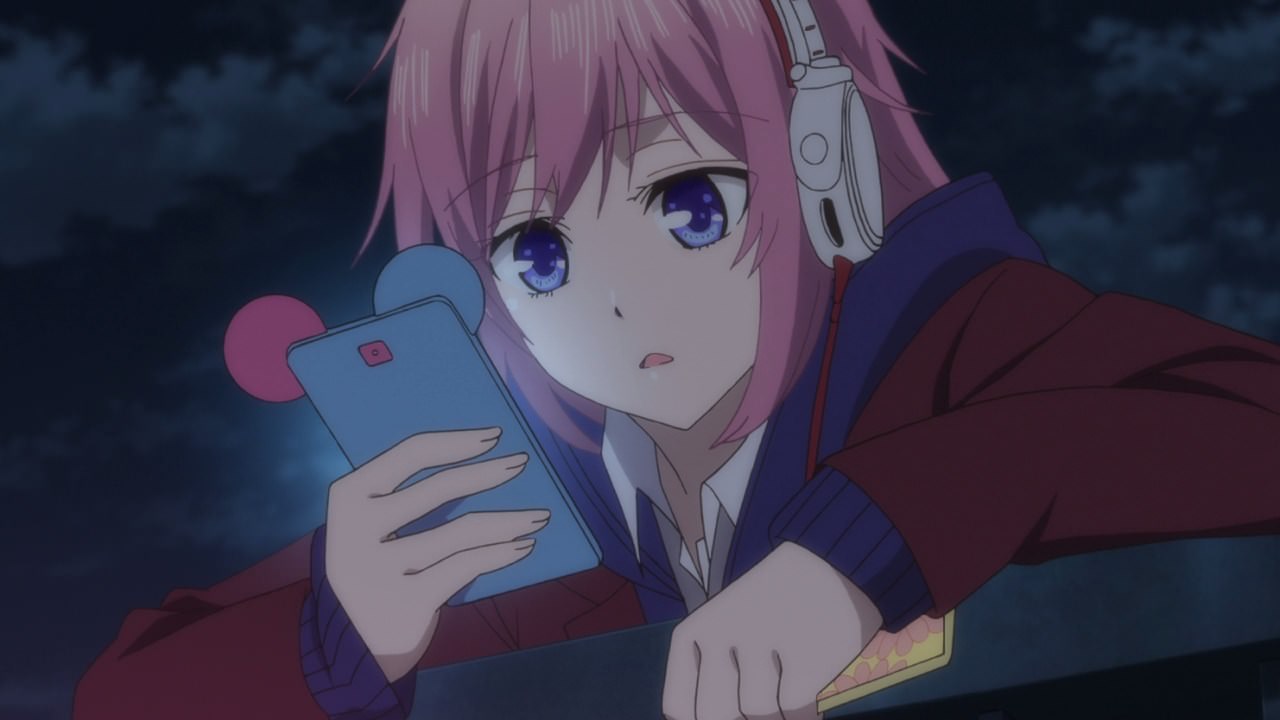 One last thing, here’s a new character introduced named Matsuri Mizusawa who is actually Yuzu’s childhood friend. Of course, I wonder what she’s planning to do when Matsuri sees Yuzu again? 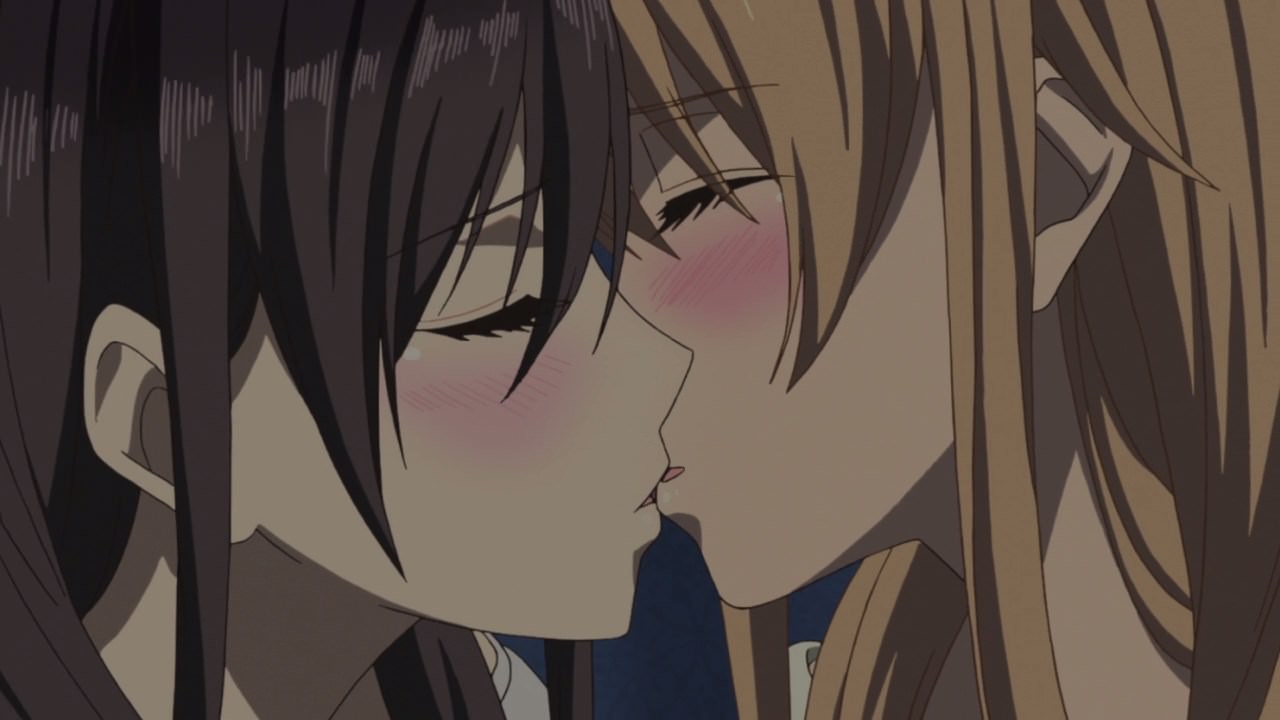 Anyways, let’s end this episode with Mei and Yuzu sharing a kiss. This time, it’s mutual and I like how it’s going forward!