Darling in the FranXX Episode #05 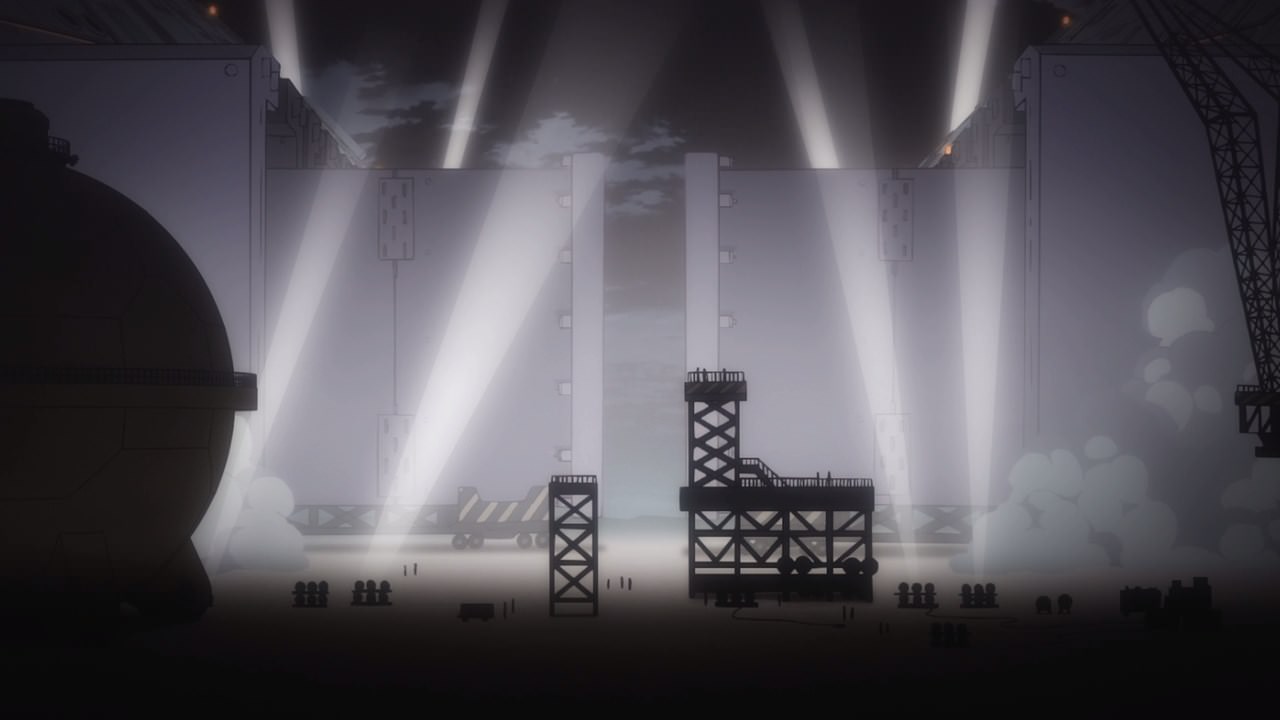 On this episode, we’re here to witness two plantations kissing together, making Mistilteinn into a larger fort city. 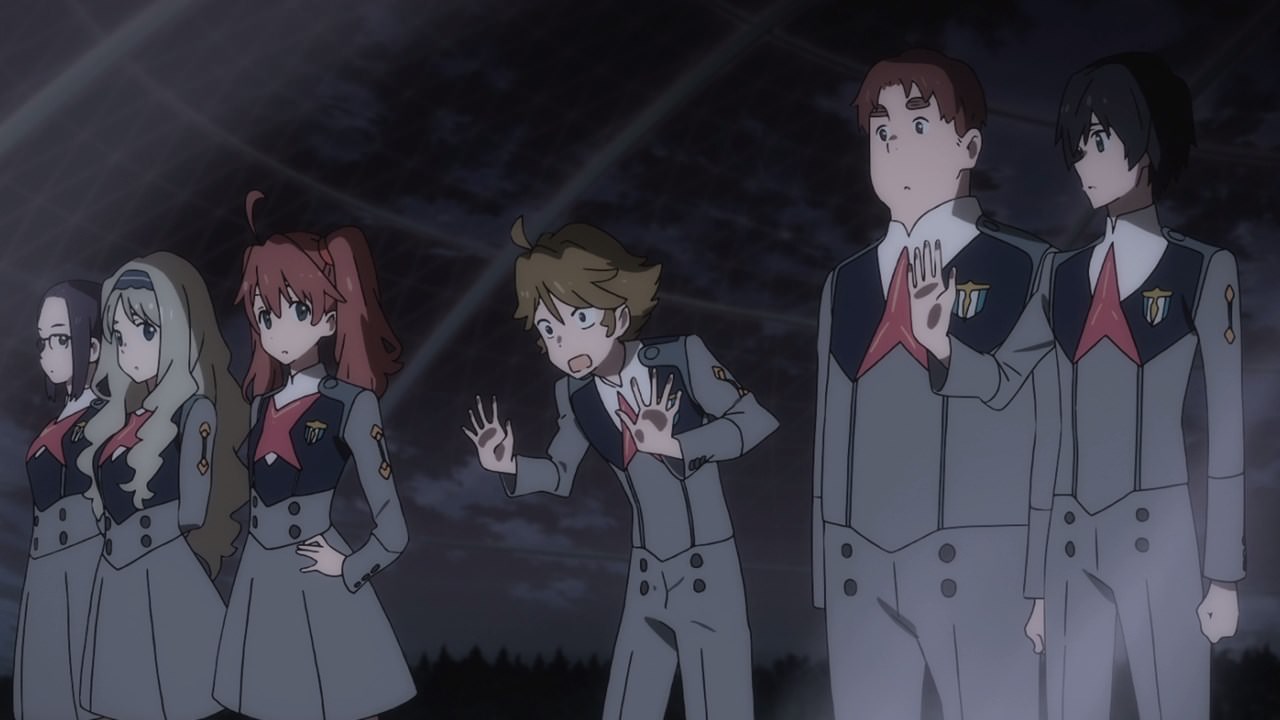 And as you can see, everyone is excited to see this moment, despite the fact that neither of them don’t know what kissing really is.

For them, kissing is just a process when two plantations transfer magma to each other, which is sad that only Zero-Two knows what kissing truly means. I mean, she did it with Hiro on the first episode and it’s a special thing! 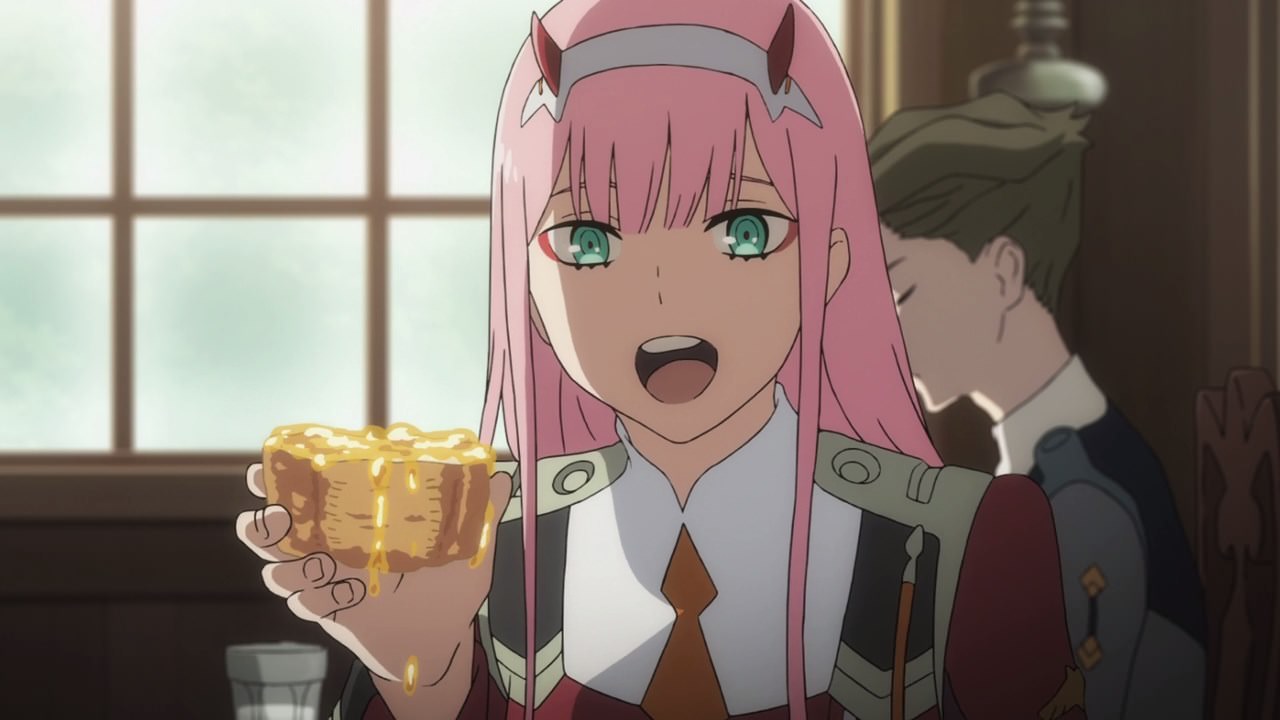 Speaking of Code:002 “Zero-Two”, she’s now staying permanently as part of Plantation 13’s FranXX team. Yeah, the rest of the parasites will have to make some adjustments for this klaxosaur/human hybrid. 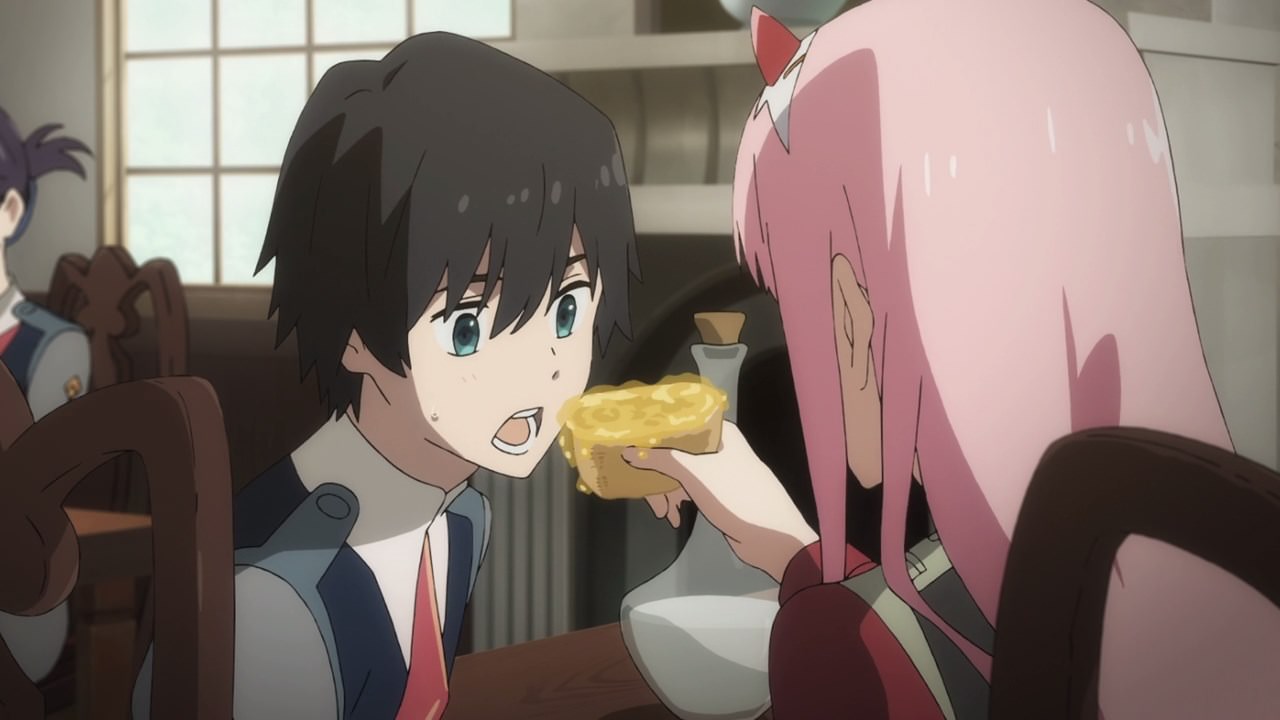 But as you can see, Zero-Two felt right at home as she’s feeding Code:016 “Hiro” as if she’s doting him like a boyfriend. 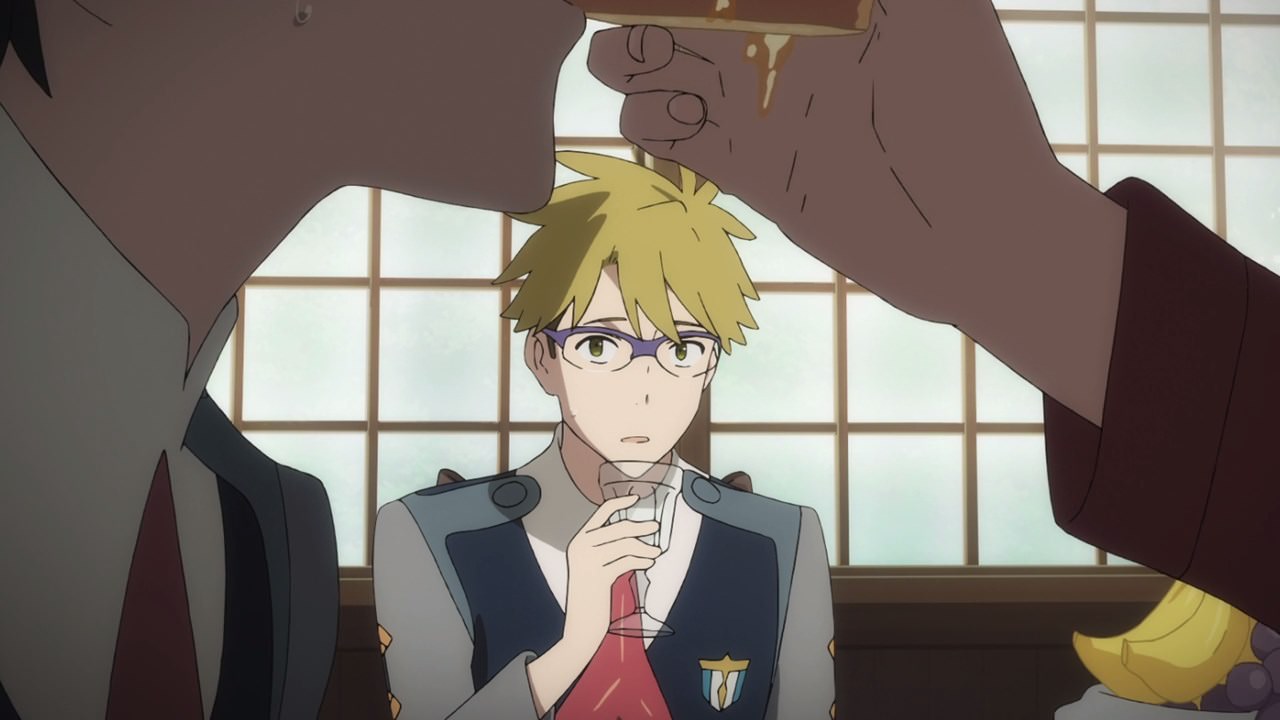 Heck, even Code:056 “Goro” is somewhat getting jealous when Hiro is being fed by Zero-Two, wishing that he’ll do the same thing with Code:015 “Ichigo”.

Then again, I doubt that intimate relationships are formed when piloting a FranXX together. 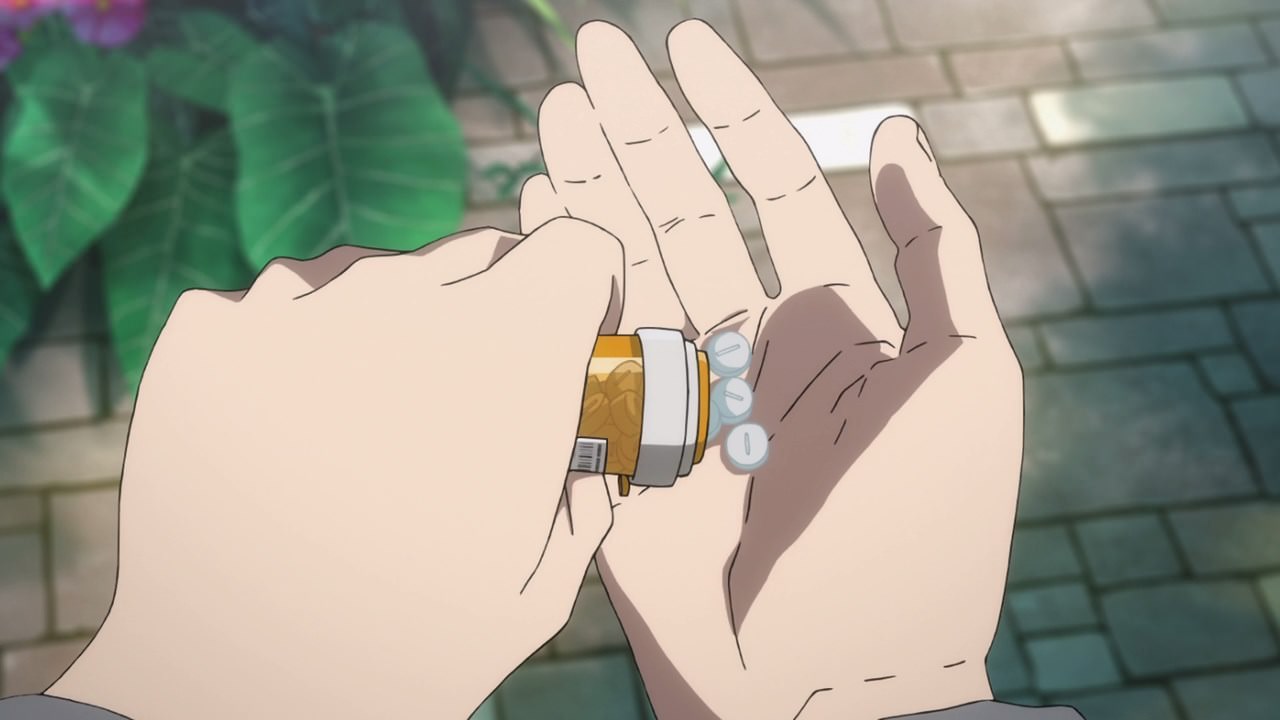 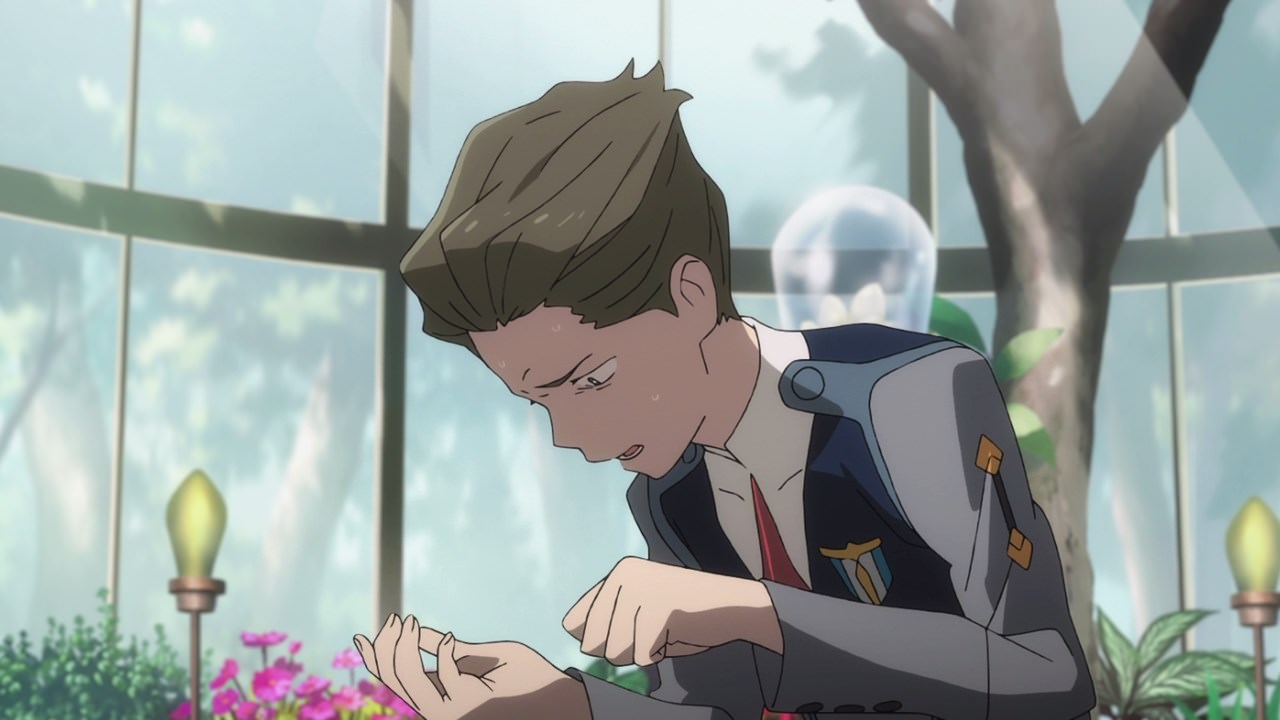 You know Mitsuru, I think a punch would straighten you up but you resorted to drugs instead. Y’know that you might die from drug abuse! 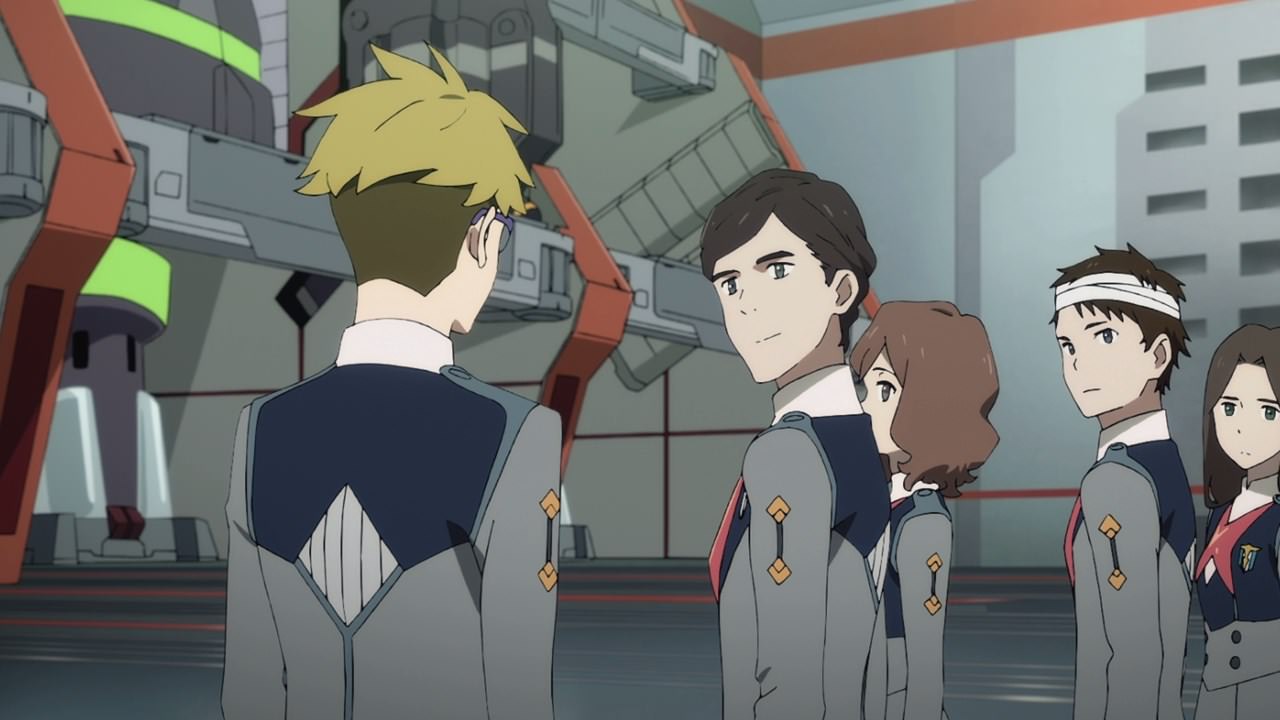 Now then, here’s the FranXX team from Plantation 26 as they’re veterans when it comes to dealing with klaxosaurs. Unlike Plantation 13’s FranXX team, they don’t have unique FranXX designs as they’re piloting a standard one, in addition to not having nicknames as they simply refer to themselves by their code names.

But you know what, I feel that they most likely get killed once the mission starts because they’re basically expendables. And even if they managed to survive or get good at it, these parasites might not reach adulthood anyway.

One more thing, they also fear Zero-Two because of her reputation of killing off stamens once Zero-Two took them in. But then again, I think Hiro has a chance of surviving when piloting the Strelizia. 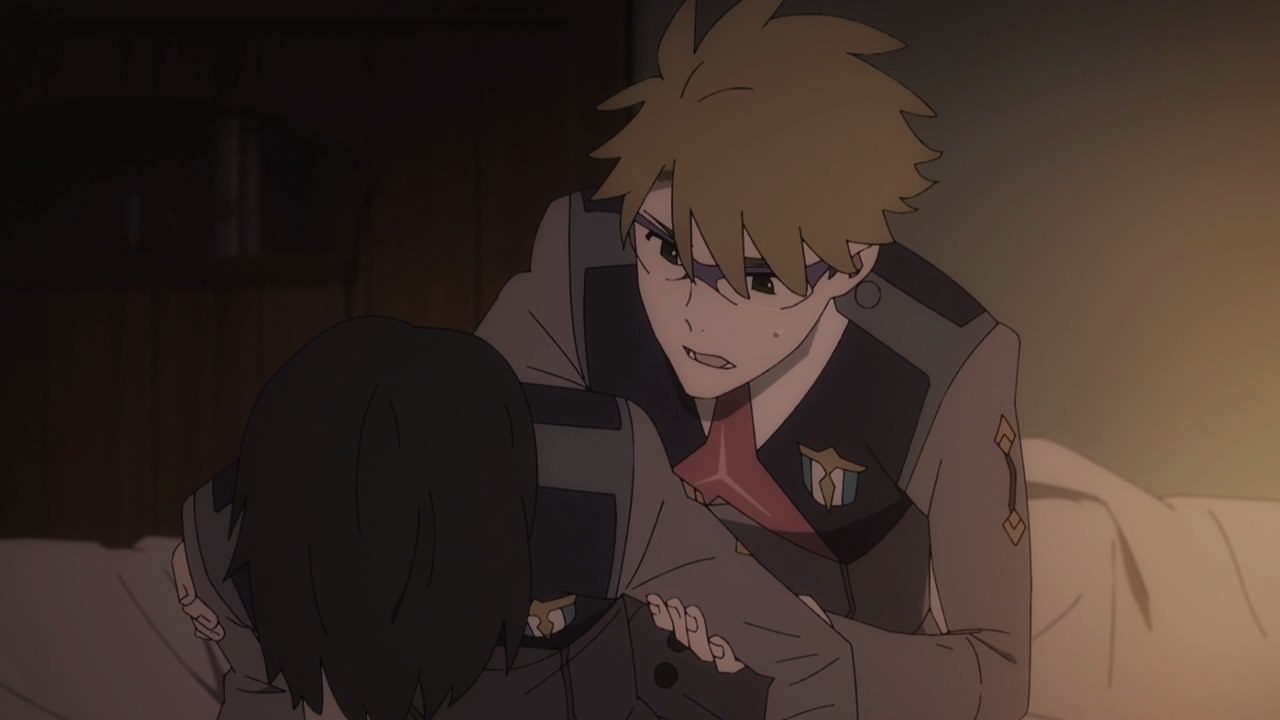 On second thought, I have to reconsider as Hiro is acting strange lately that Goro checks on him. 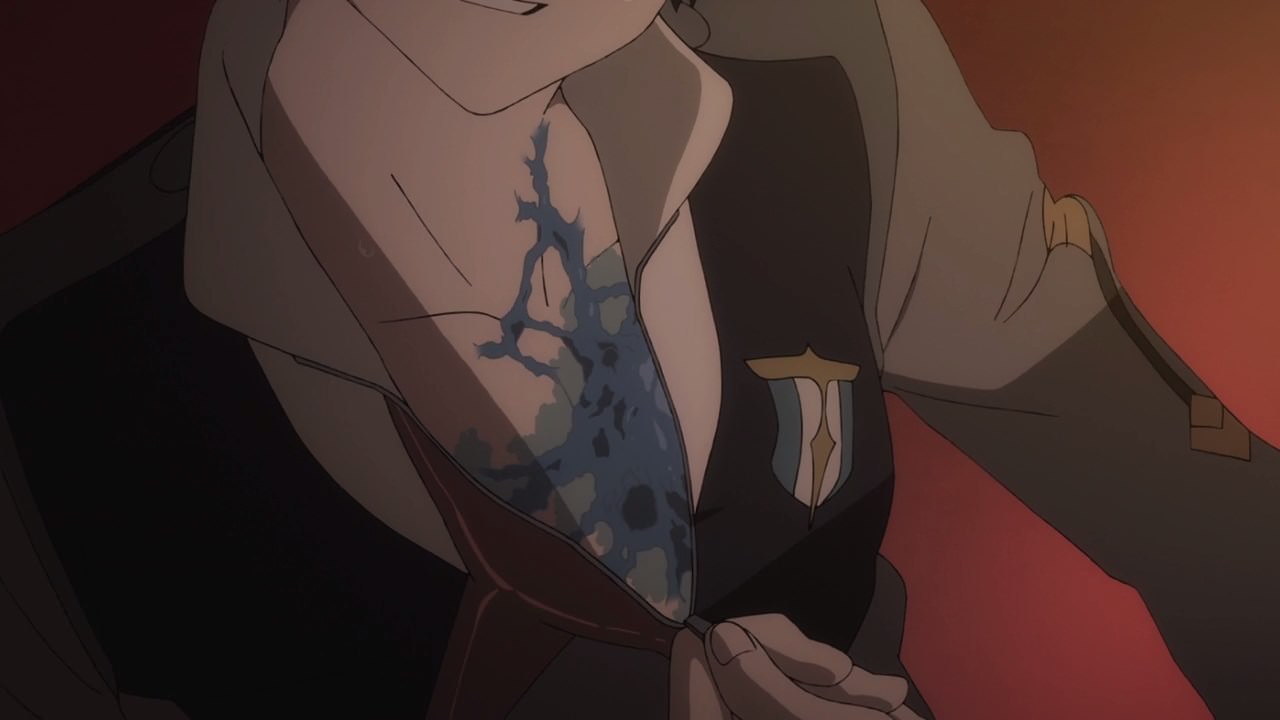 And what Goro found out was truly horrifying as there’s a blue-colored tumor growing out on Hiro’s chest. It could be the result of piloting the Strelizia with Zero-Two and there’s a possibility that might be fatal to him.

So with that said, seems that the rumors of stamens dying after piloting the Strelizia three times will not go away after all. 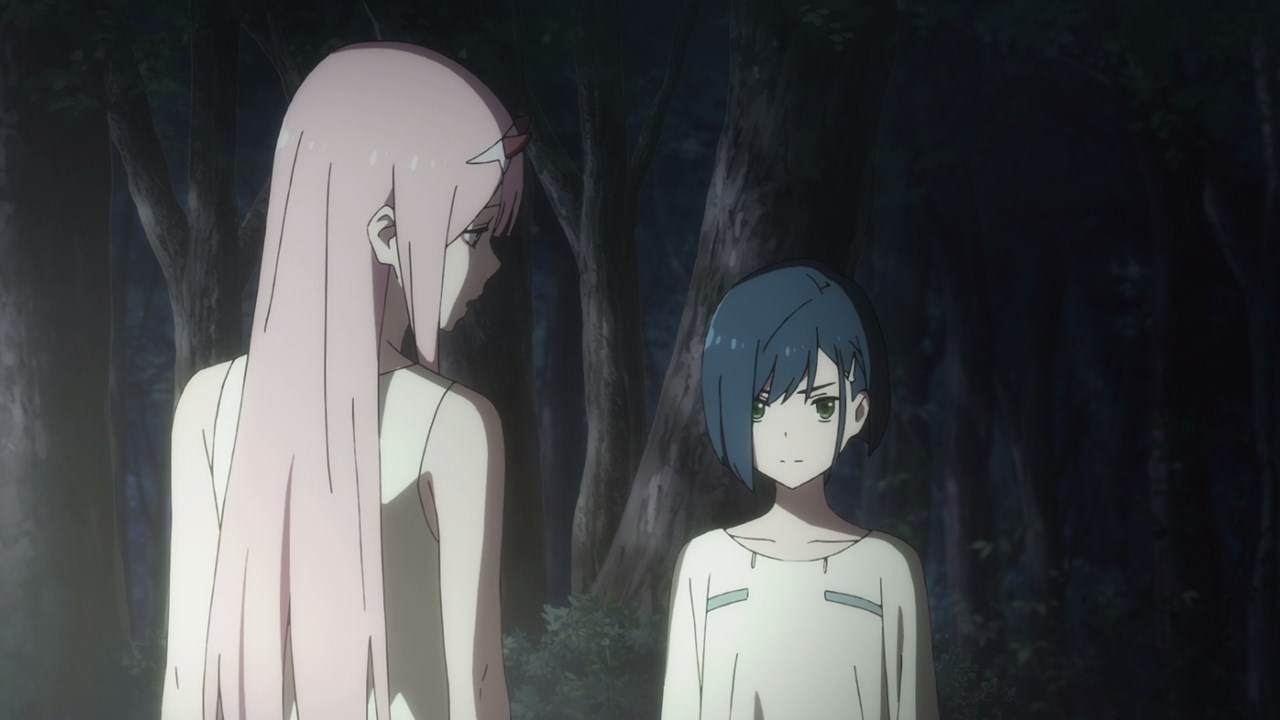 One last thing, here’s Ichigo as she told Zero-Two not to push harder towards Hiro as he might die for piloting the Strelizia.

Of course, Zero-Two will take care of her darling Hiro. But if he dies, it’s his fault for not trying too hard as Zero-Two told Ichigo about it. 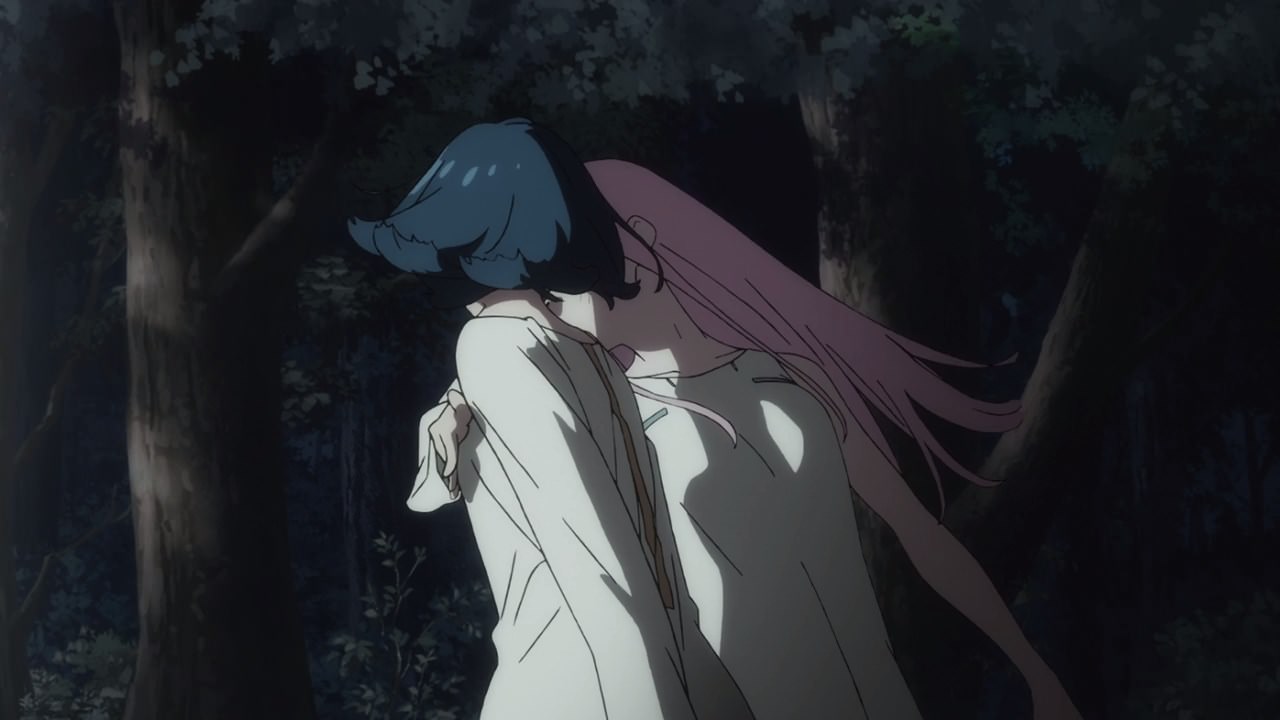 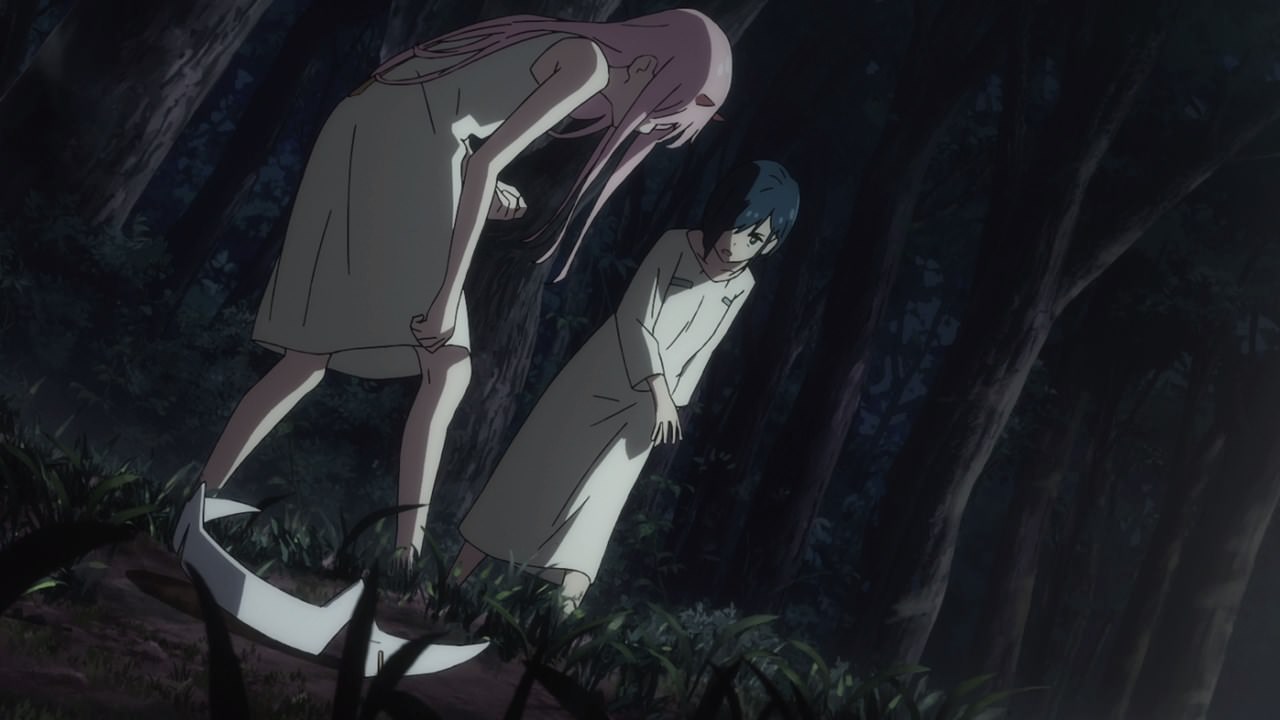 Because of what she said regarding Hiro, Ichigo slapped Zero-Two so hard that her headband flown off. Damn, what a hard slap that was! 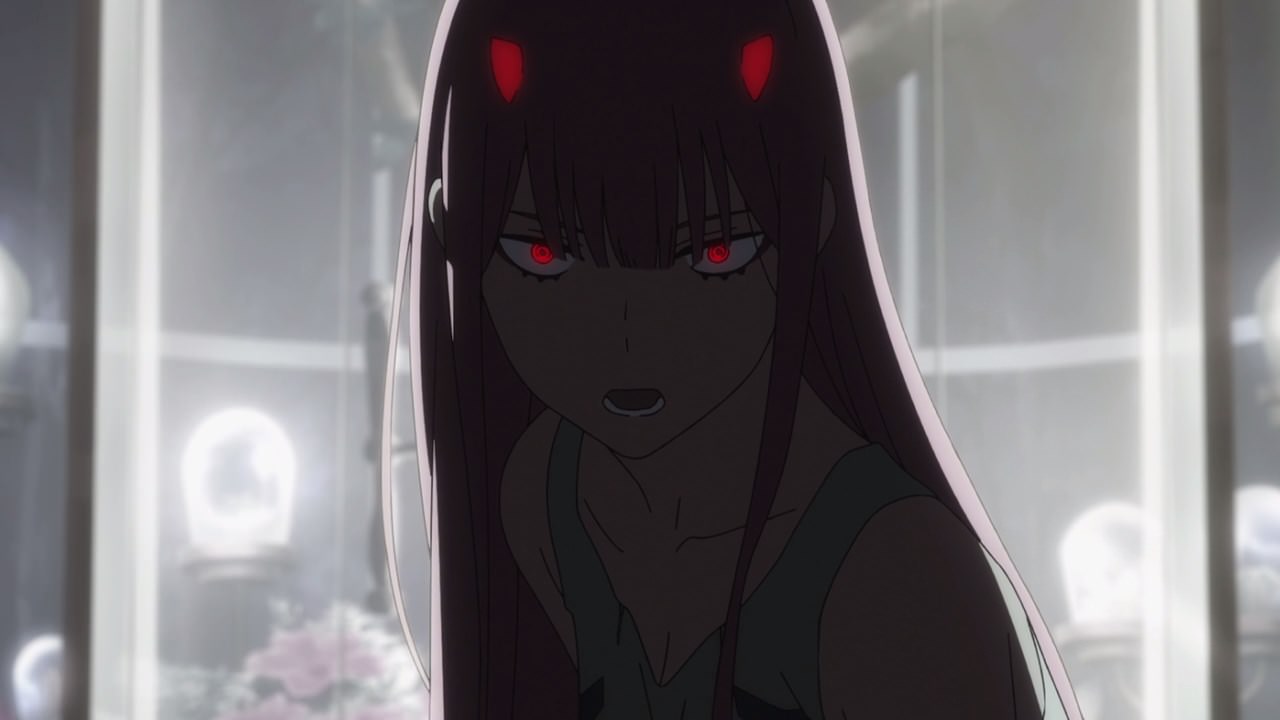 Of course, that slap has made Zero-Two very angry as she questioned Ichigo on what is “human” to the likes of her and other parasites.

Y’know, I think that Zero-Two might act more human than the rest of the cast as she’s free-spirited. On the other hand, I’m starting to suspect that the council is hiding something sinister as they’re disposing parasites regardless on whether they did good or bad. Heck, I feel that they might be the bad guys after all! 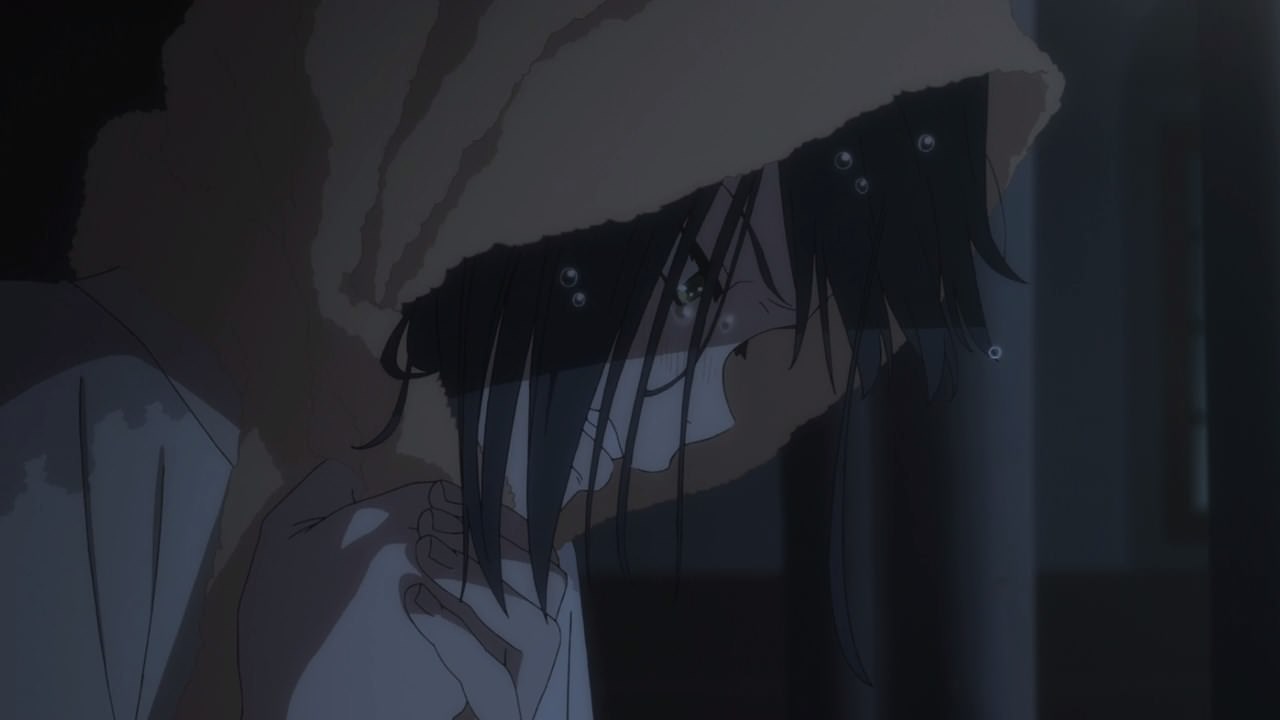 Anyways, let’s end this week’s episode as Ichigo is crying that she might lose Hiro once he piloted the Strelizia for the third time. But you know what, I think she’s starting to fall in love with him over her partner Goro.

Man, seems that Goro has gone NTR’d instead of our protagonist. Poor Goro…