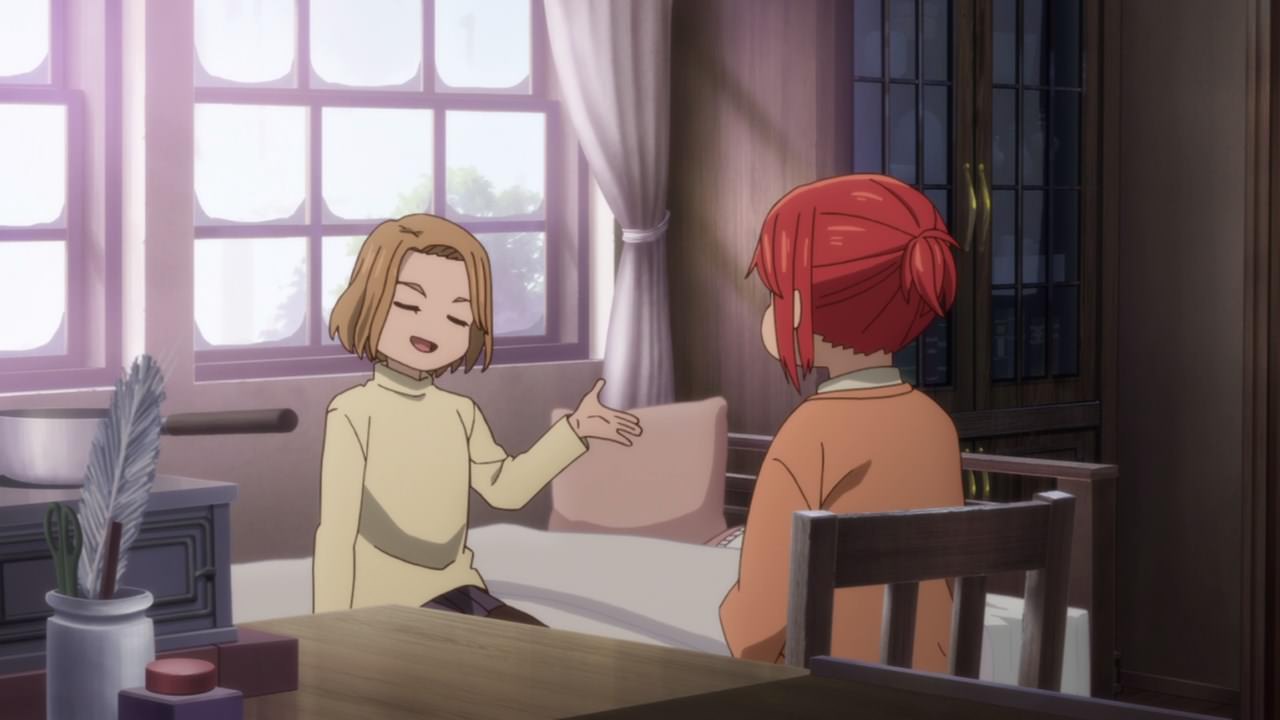 Today is Boxing Day as Chise Hatori was visited by Stella Barklem who wanted to befriend her after the previous episode. I mean, Chise helped Stella on finding her brother Ethan.

In any case, I’m glad that Chise has found a friend to talk with other than Ruth or even Elias Ainsworth. 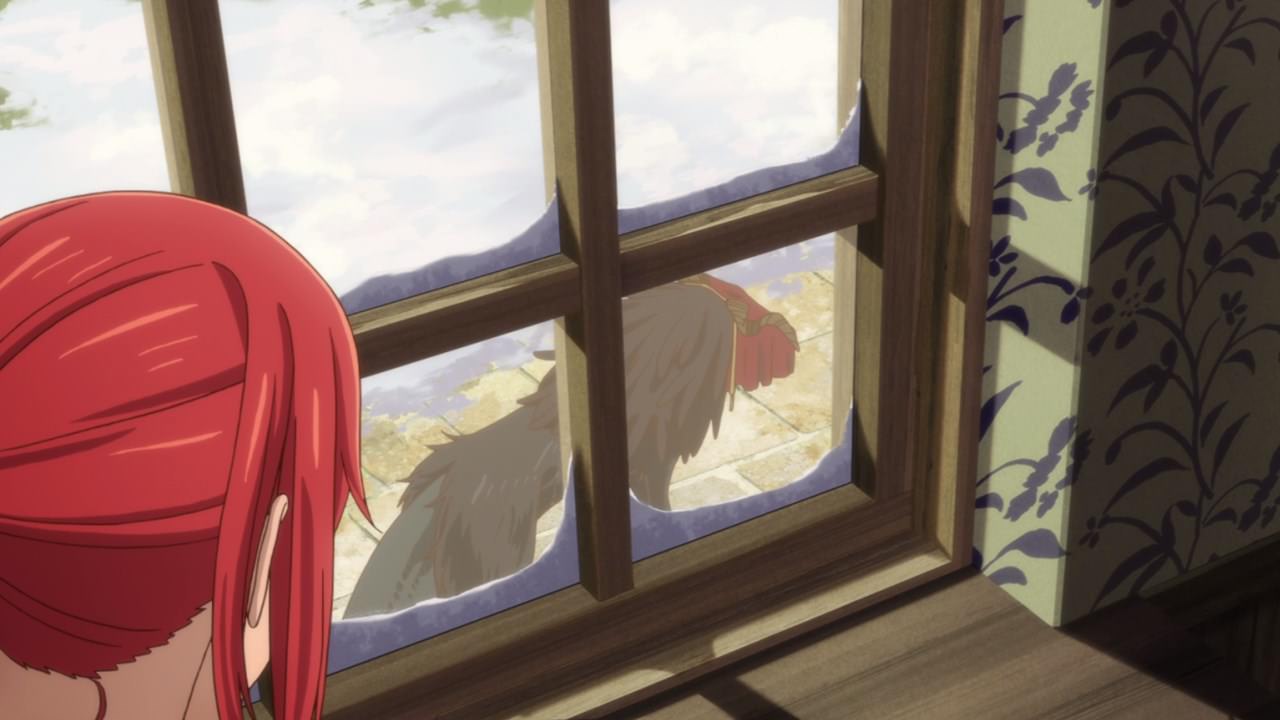 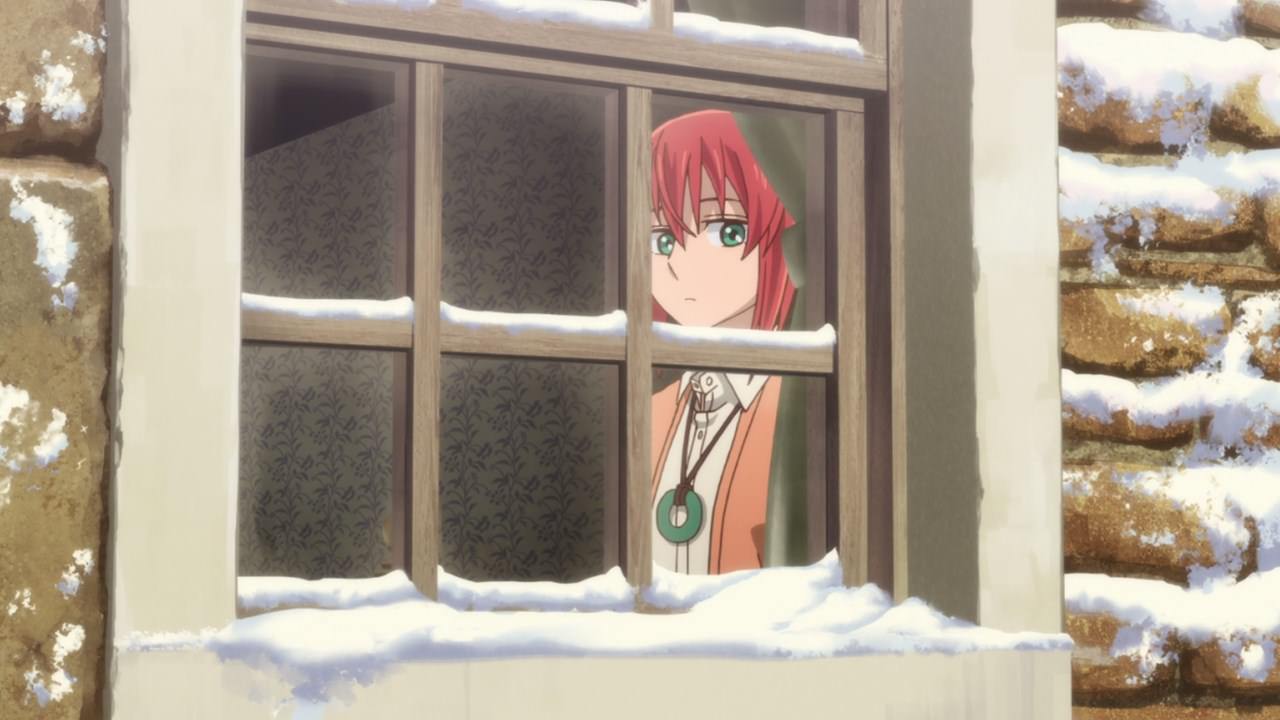 And speaking of Elias, seems that he’s acting strange lately as he went out without leaving a note, which worries Chise Hatori very much since she doesn’t want to lose him again. 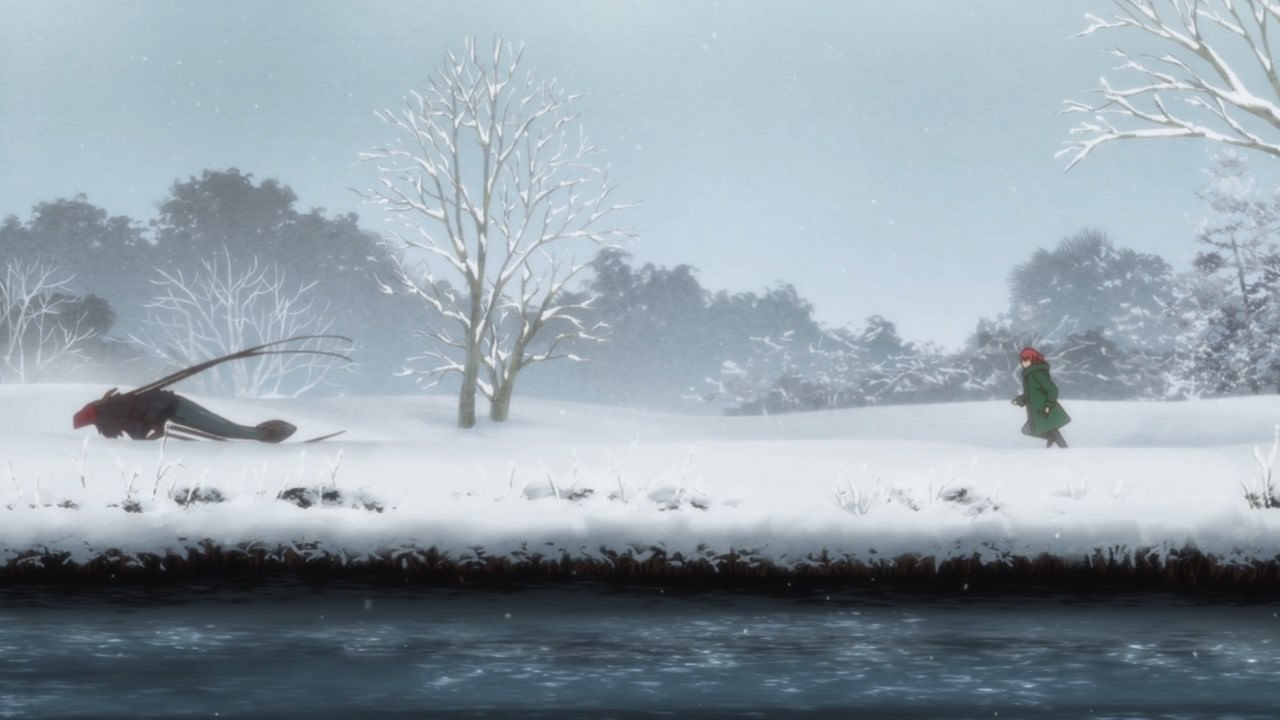 I mean, she’s worried that the Thorn Mage will do something that will harm himself or his bride. 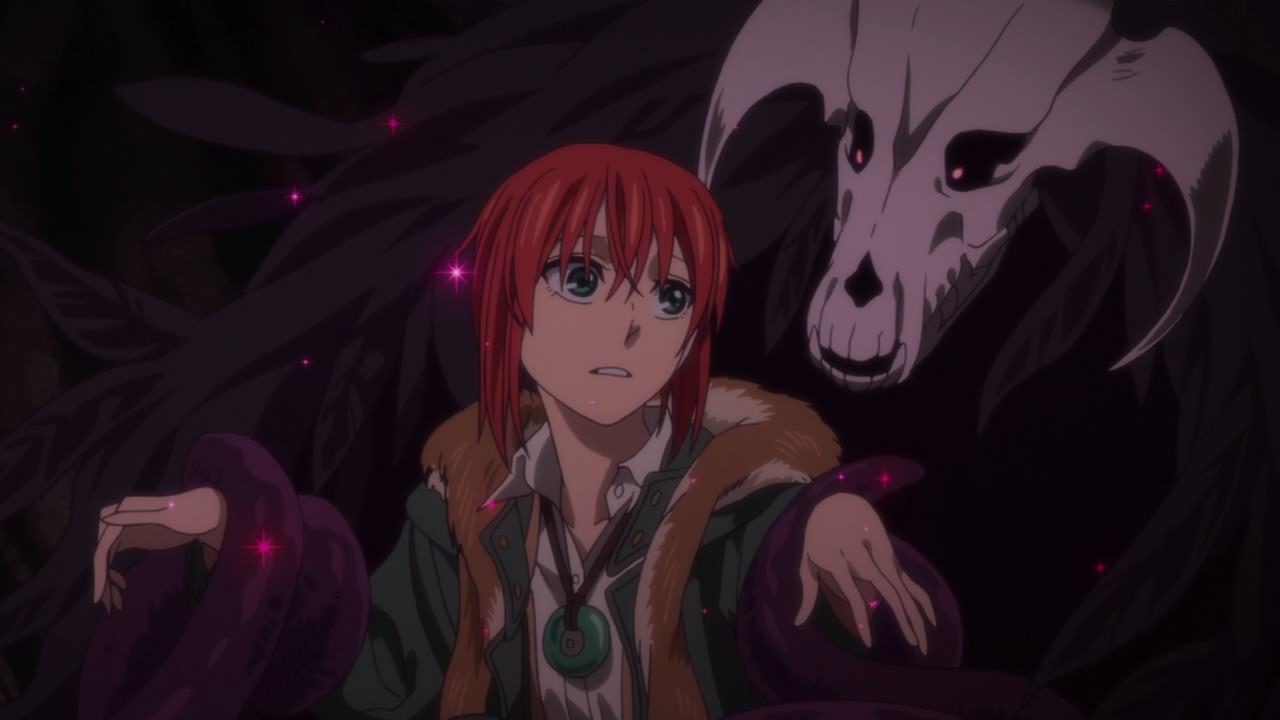 However, Chise was captured by Elias instead and he won’t let her go for the time being because Elias is getting jealous when Chise is talking to someone else.

Well, that explains why the Thorn Mage is acting weird but you know what, I think it’s time for them to go home right now because staying outside is dangerous. Oh, and Chise might get eaten by Elias if it gets worse. 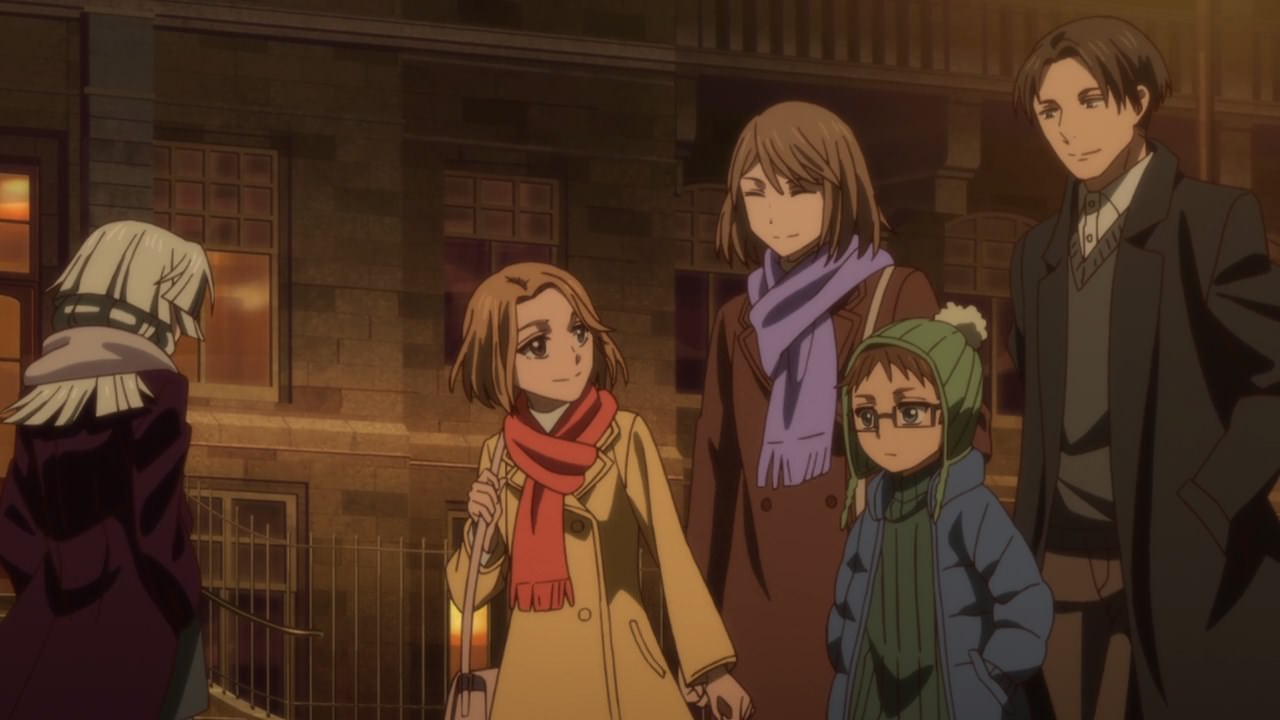 Meanwhile, the Barklem family are heading home to London after a long Christmas vacation at the countryside.

On the other hand, seems that they passed by a familiar figure. Wait, don’t tell me that this bastard sorcerer has returned? 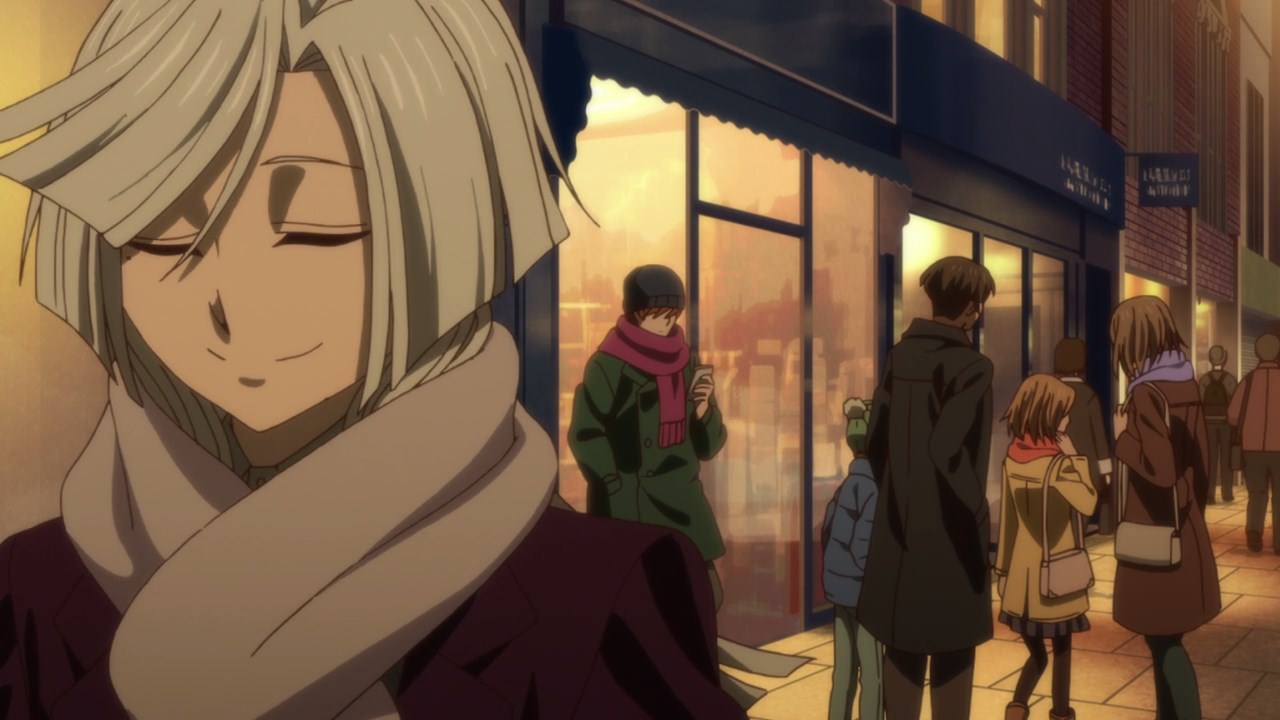 Well, it appears that Joseph (or Cartaphilus) has returned and I have a feeling that he’s up to something. 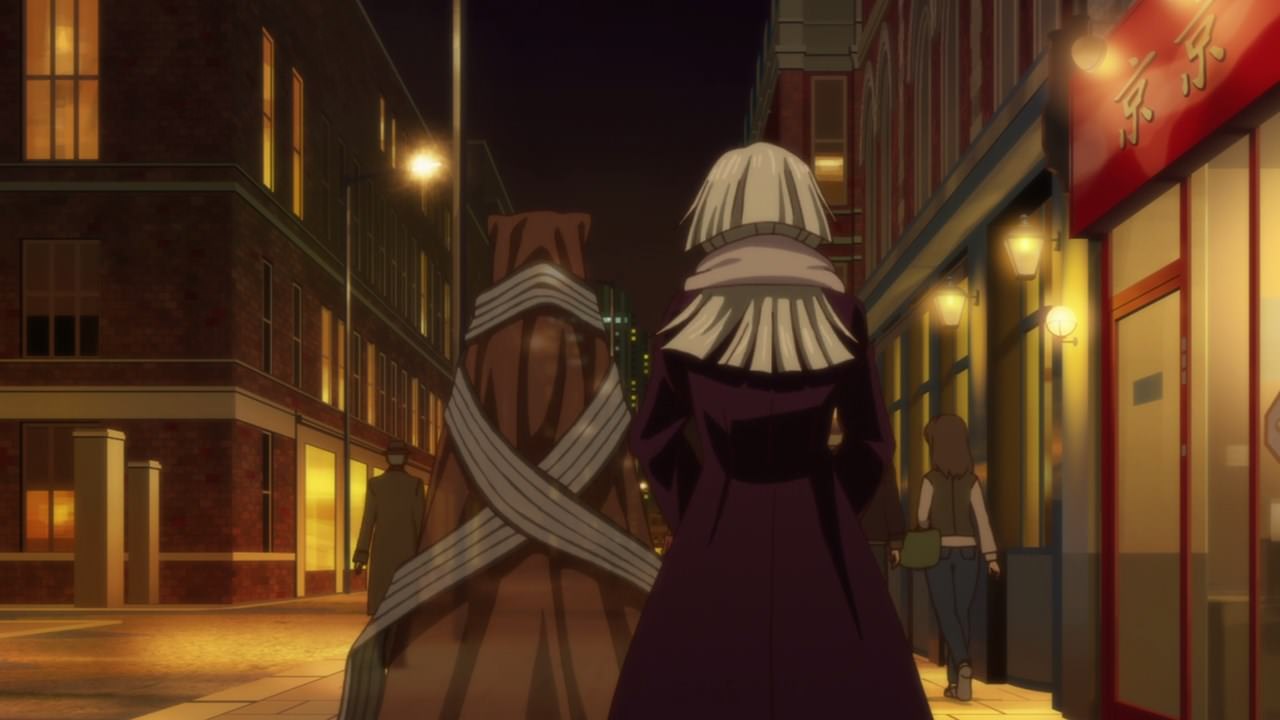 Not only that, but he’s partnering up with the Ashen Eye. What worse could happen if they joined forces? 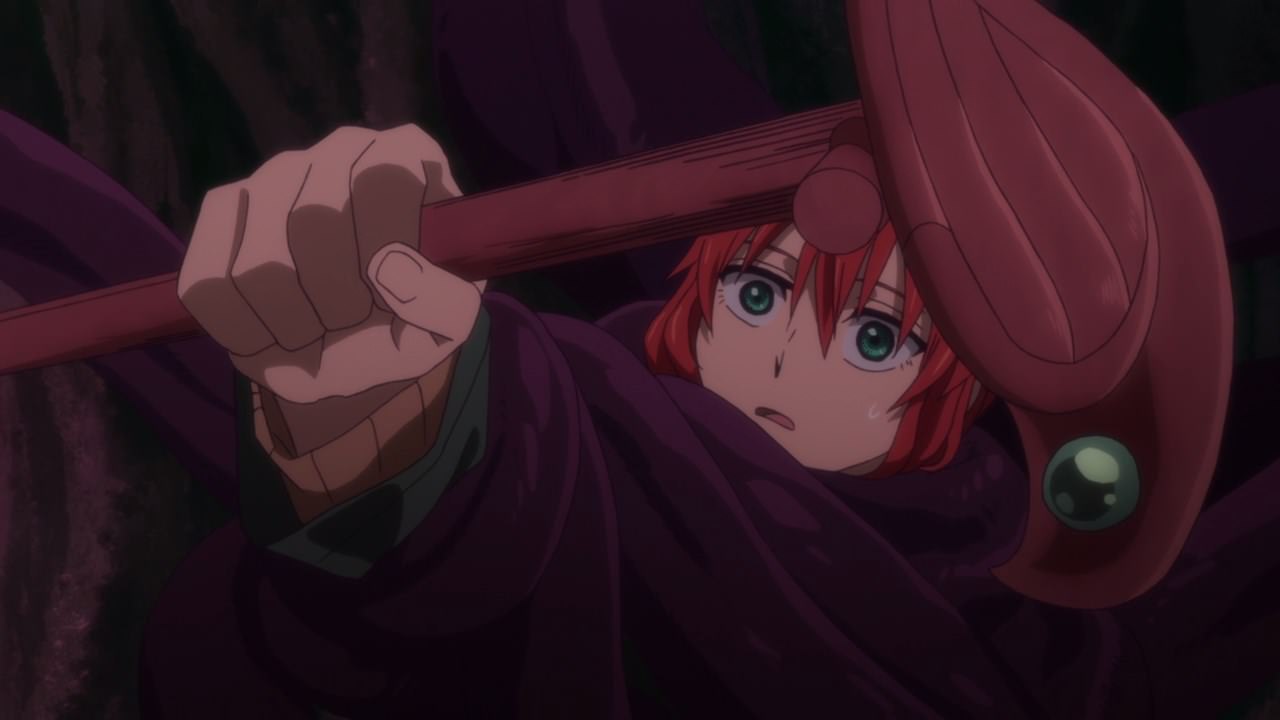 Now let’s go back to Chise Hatori as she’s in a pinch at the moment. So, Chise pull out her wand and cast magic in order to call Ruth and save her. 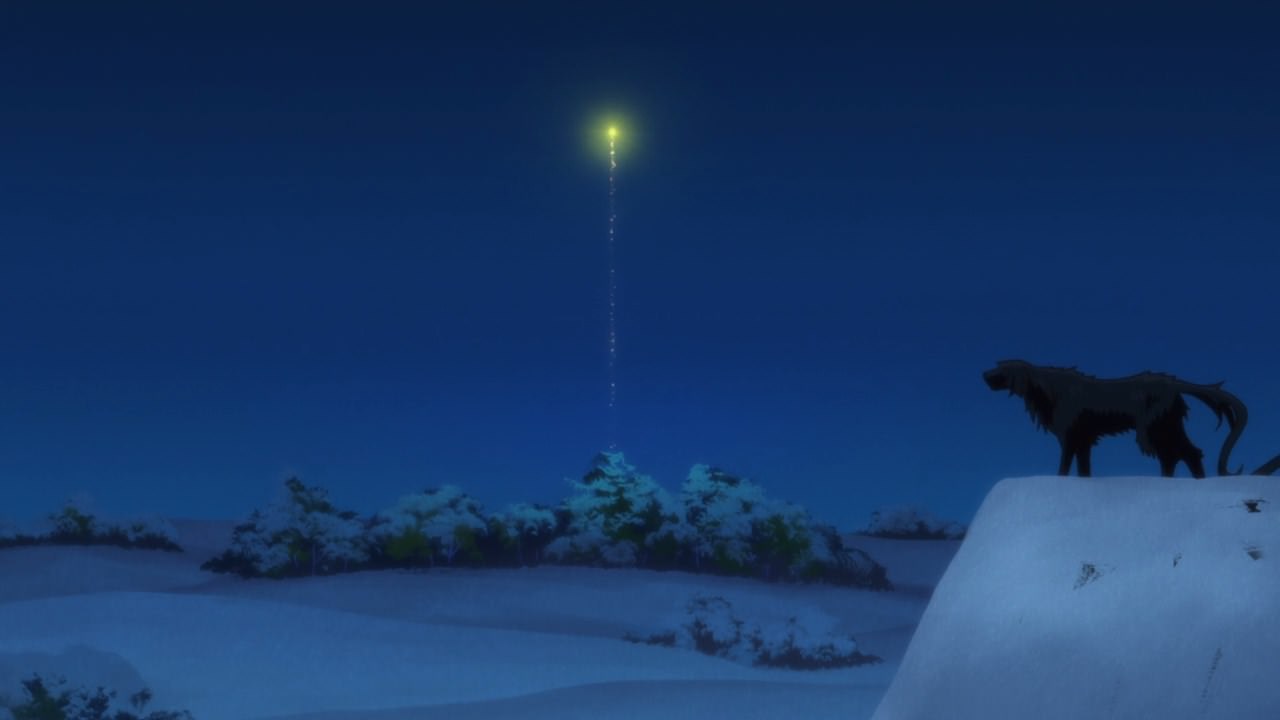 With one magic spell, she summoned a fire bird in which Ruth followed it to find Chise Hatori. Of course, that alone won’t find Chise as Elias managed to cloak her presence. 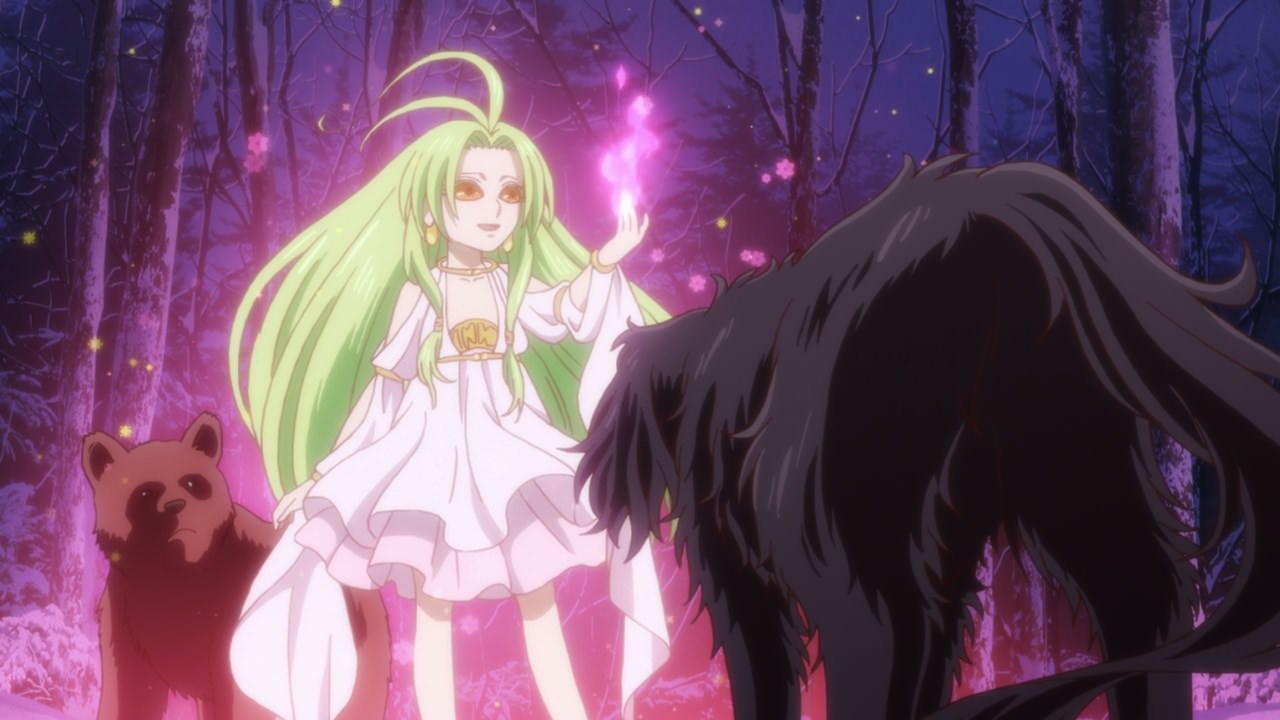 Luckily, a fairy told Ruth that Chise and Elias are hiding over the bush. Thank goodness for this fairy as she’s a lifesaver! 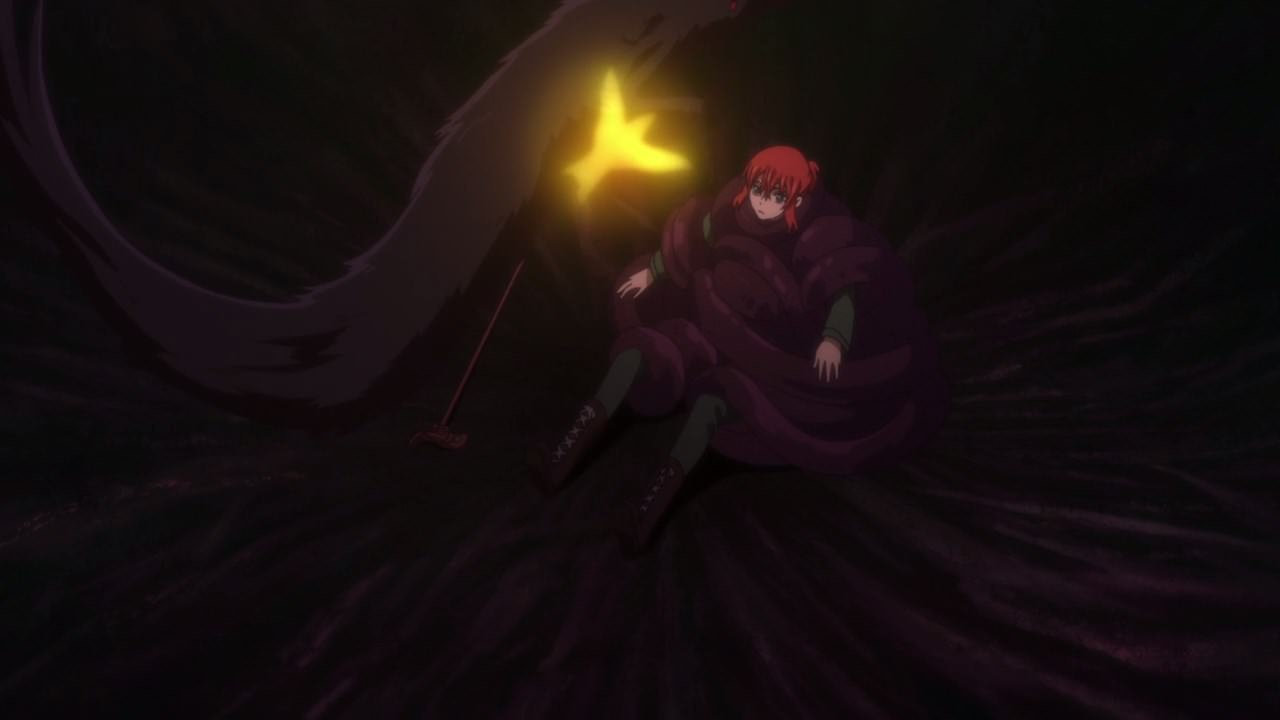 Anyways, looks like Ruth has manager to get inside the belly of the Thorn Mage as Elias Ainsworth refused to let Chise Hatori go.

Man, I think that he might end up killing his bride if Elias refused to free Chise from his tentacles. 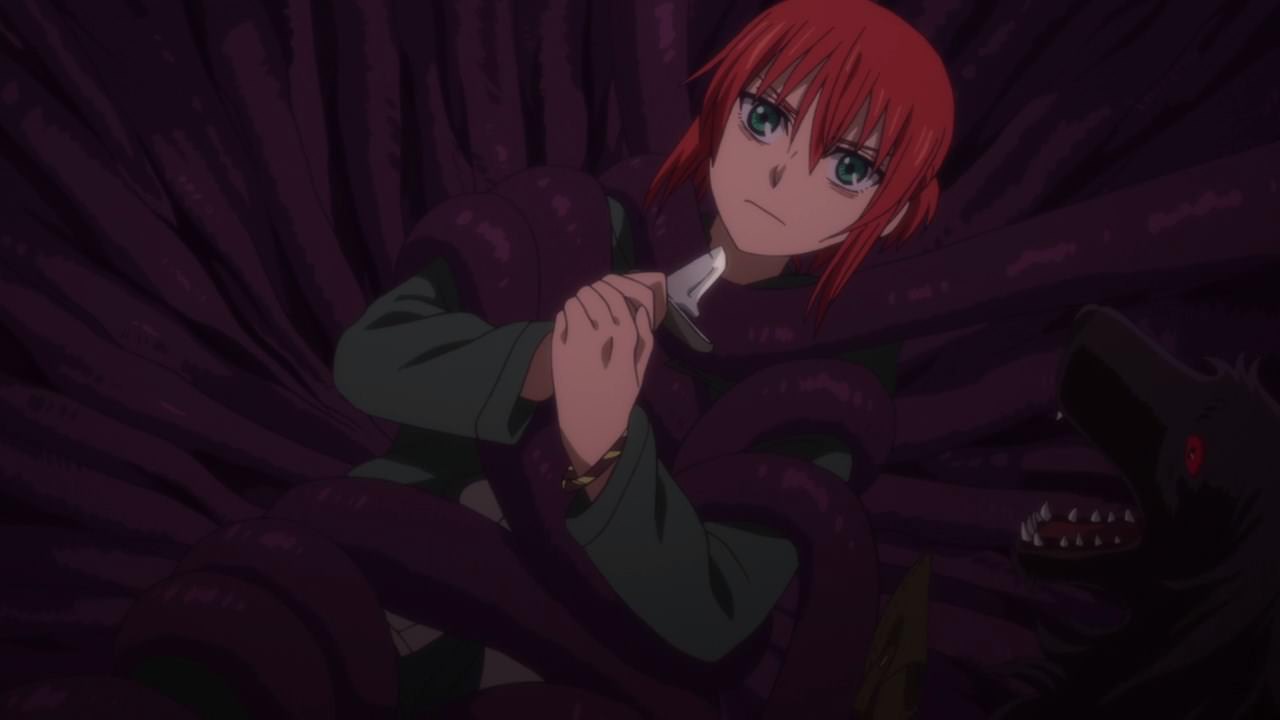 So, her last resort is to commit suicide as Chise pulled out her knife. C’mon Chise, please don’t do this or Elias might get sad! 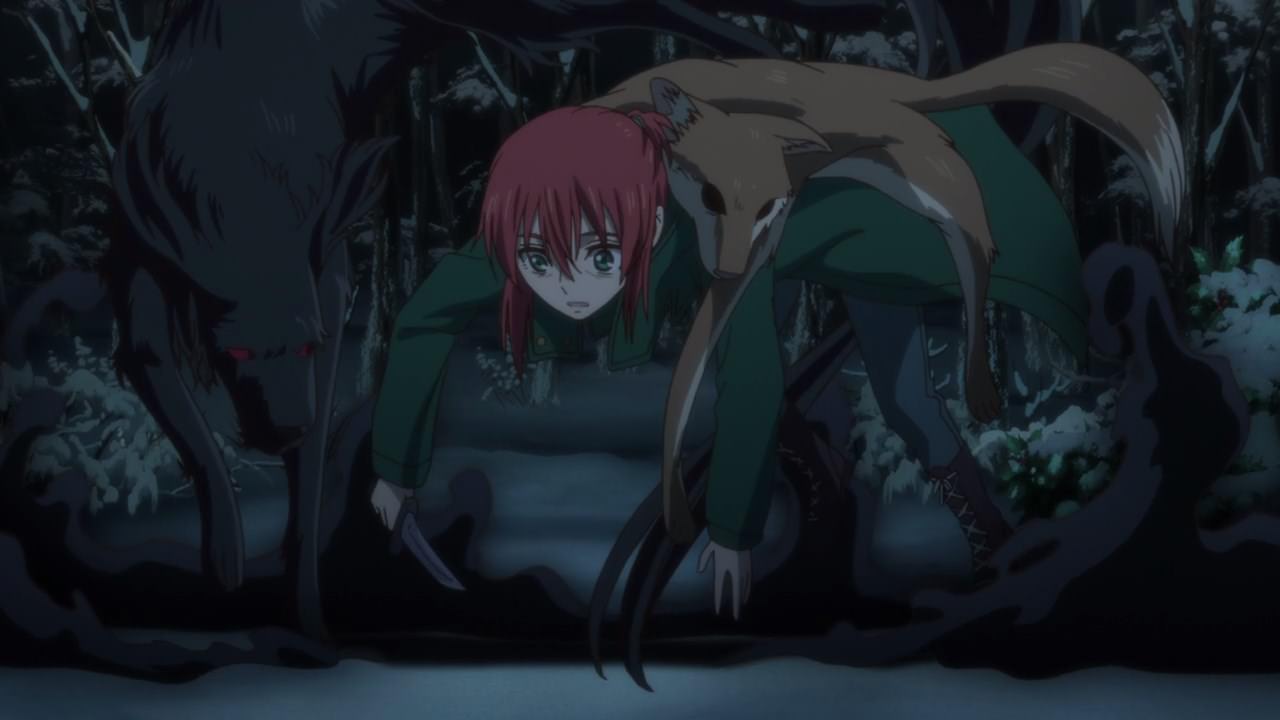 Fortunately for the Thorn Mage, he let Chise Hatori go which prevented his bride from ending her life. Well, glad that it was resolved quickly, but I’m hoping that Chise won’t do that stunt again! 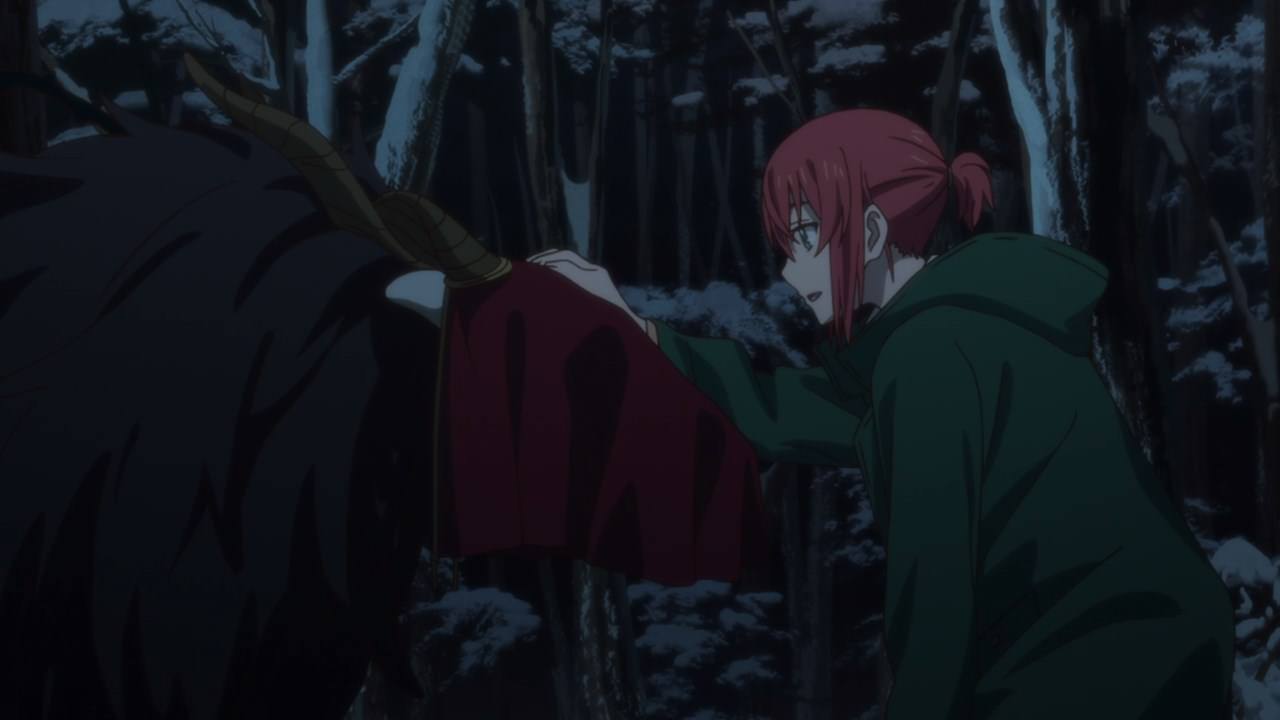 Anyways, it looks like Elias has stopped his tantrum after that scary moment from Chise. C’mon, that almost got me fainted when Chise puts her knife onto her neck.

Of course, she’s not angry towards him as Chise wants him to return home and have dinner together as family. After all, Silky is waiting for them. 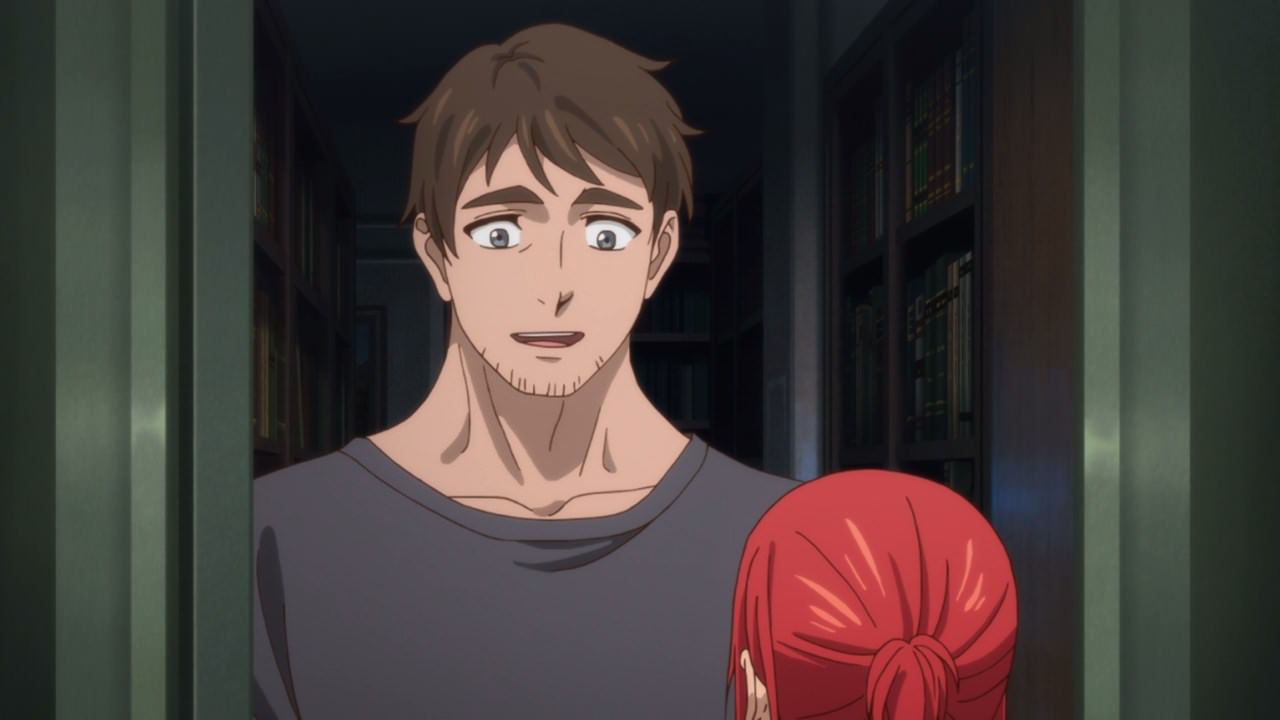 One last thing, here’s a new character introduced named David Burley who is actually Angelica’s husband and an ordinary human.

While he was okay of having a wife who knows magic, Mr. David tried to marry Angelica when he was just a stubborn young man. 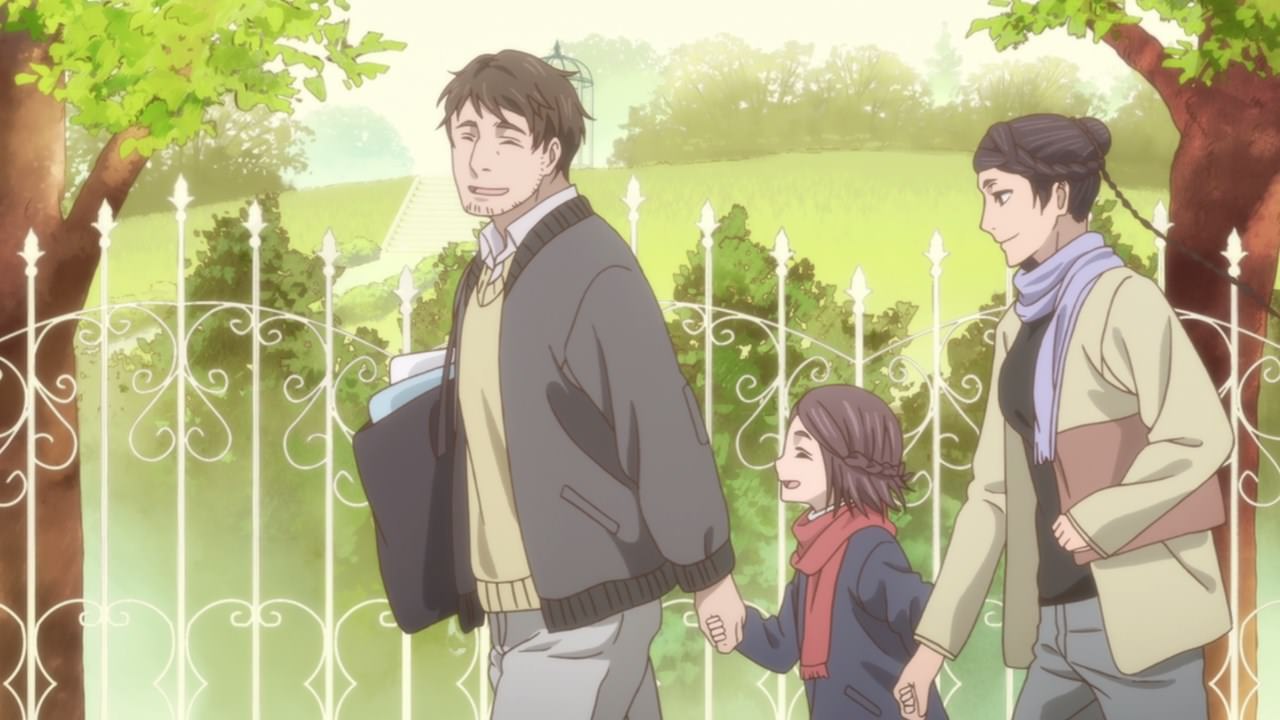 However, his persistence has paid off as David married Angelica and they have a daughter. I have to say that he was a lucky man in the end as he’s blessed with a good family. 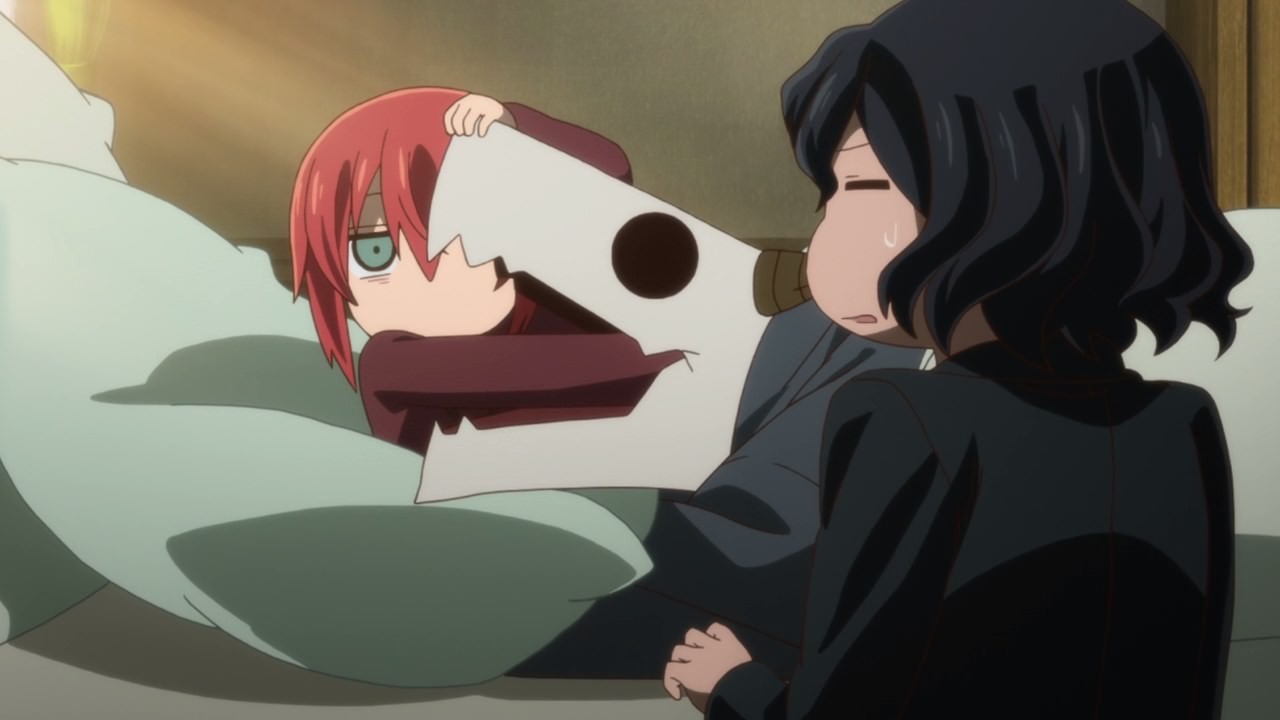 Now then, let’s end this episode as Chise Hatori wakes Elias Ainsworth up by putting a potion in his mouth. Then again, Chise placing her hand inside the mouth of the Thorn Mage could be extremely painful.

But that’s about it for this episode as the next one will go back to its serious tone now that Joseph/Cartaphilus is back to do horrible things to Chise and everyone else!