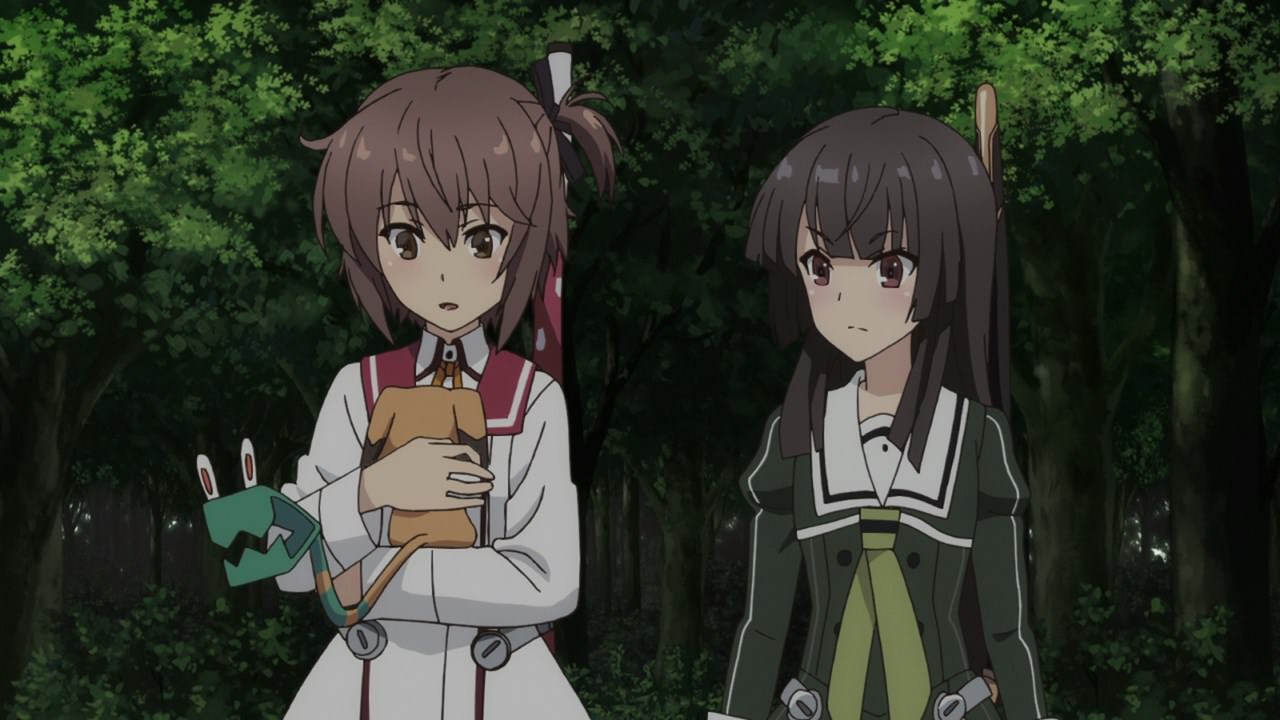 Well, seems that Kanami Etou and Hiyori Juujou are going to Irozaki when Nene showed up. Could it be that Kaoru Mashiko is alive? 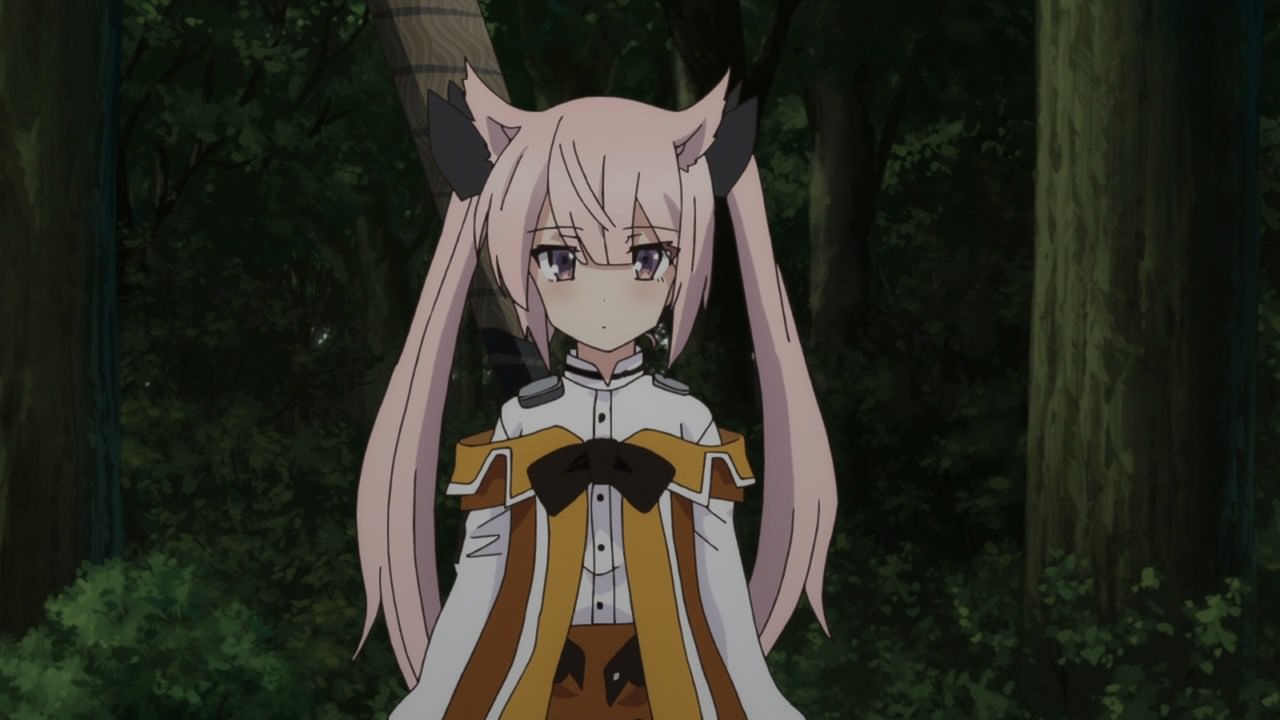 Why of course as Kaoru make it out alive after her brief encounter with Yomi Satsuki. Now I wonder if Ellen Kohagura is okay… 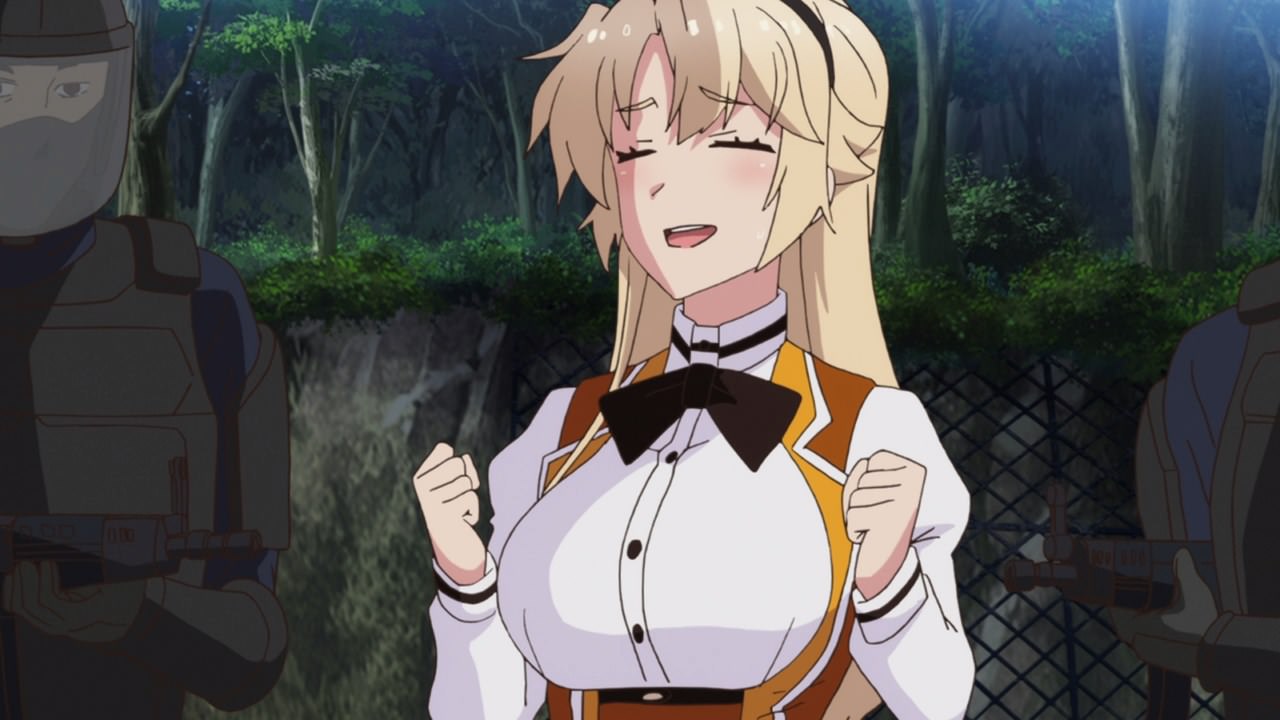 Turns out, Ellen was captured by the elite guard as she was forced to answer some questions from either Maki Shidou or Suzuka Konohana. 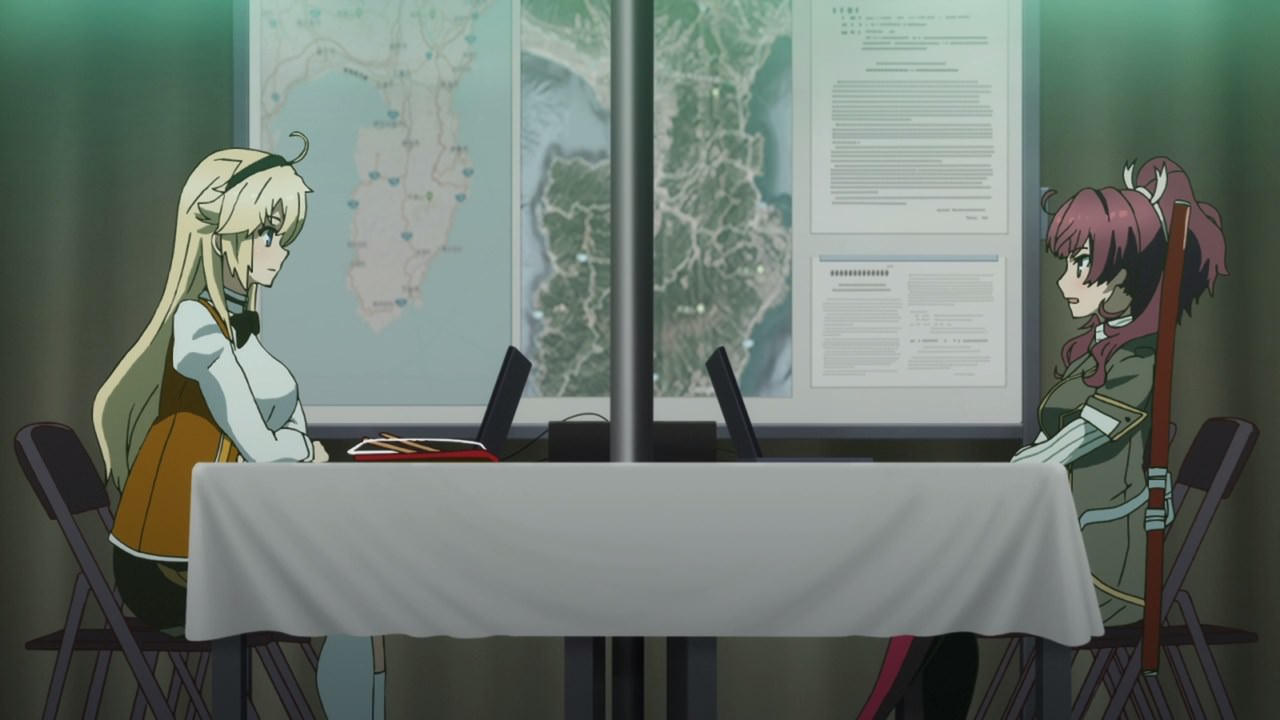 But it’s mostly from Suzuka Konohana as she asked Ellen Kohagura regarding the unauthorized use of S Equipment, as well as the whereabouts of both Kanami Etou and Hiyori Juujou.

Unfortunately for Suzuka-san, seems that Ellen-chan didn’t know such a thing about the S Equipment and told Konohana that she and Mashiko failed to capture the traitors. Then again, the elite guard is not buying towards Kohagura’s explanation. 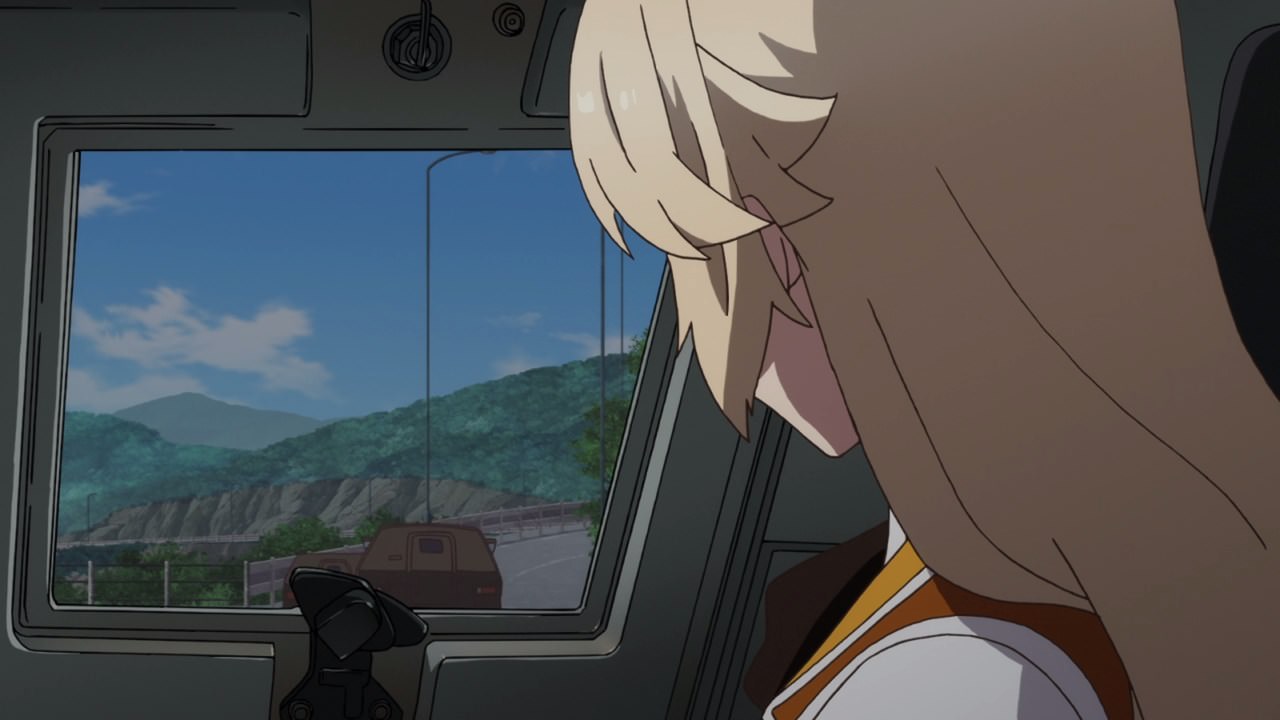 In any case, the elite guard has left their command post as they received reports that both Juujou and Etou were spotted somewhere near Irozaki.

As for Ellen Kohagura, it’s the perfect time for her escape as she pulled out a knife from her heel and cut the ropes in order to free herself.

Once she’s free, Ellen will try to find Kaoru Mashiko and the rest while trying to find evidence against the Origami clan. 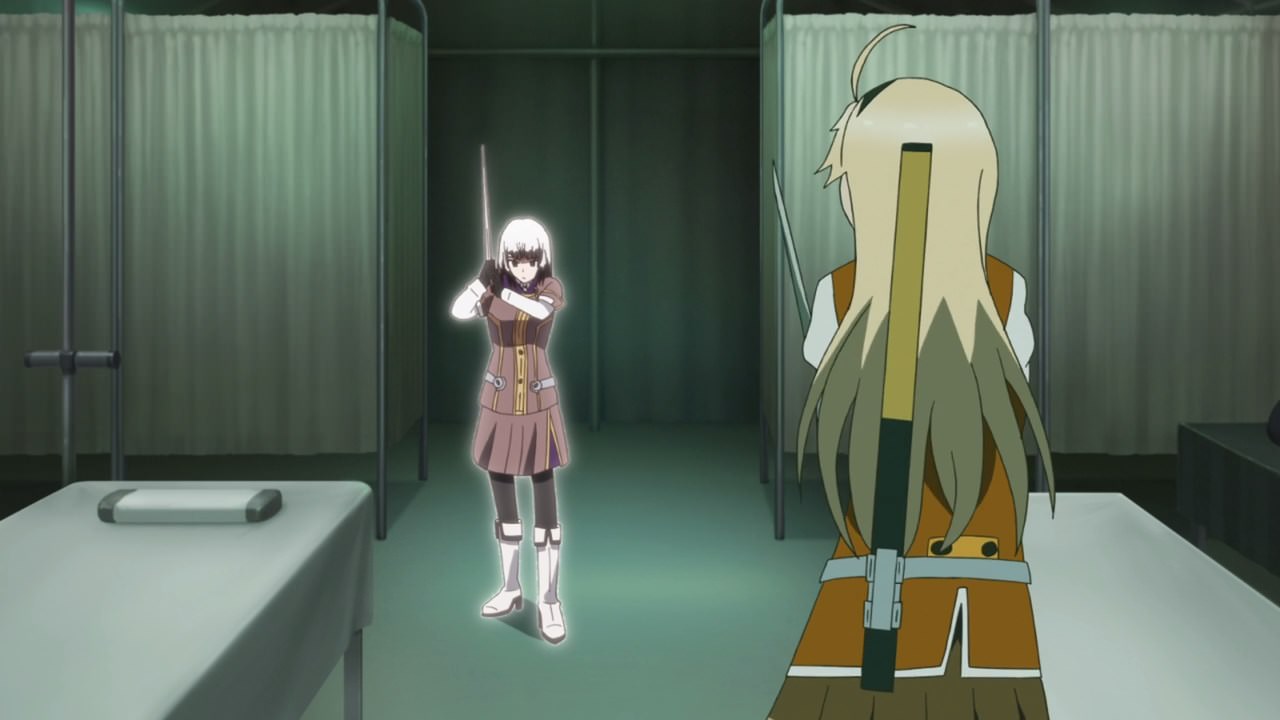 However, Ellen came at the wrong place and at the wrong time when she encounter Yomi Satsuki. Not a good idea to fight against an elite guard, especially when Yomi’s body is comprised of aratama DNA.

Come to think of it, I wonder if Yukari Origami’s elite guard are actually half-human/aratama hybrid? 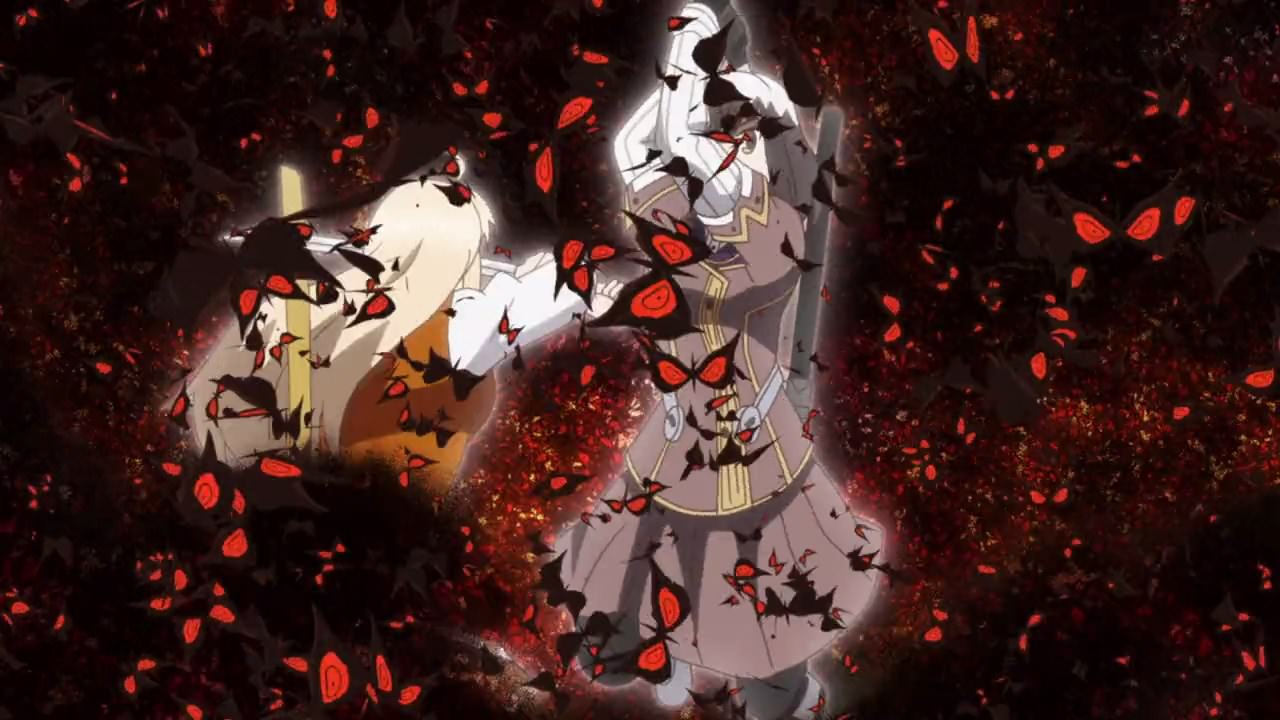 In any case, the battle ensued between Kohagura and Satsuki as both toji clashed their swords at each other. While Yomi Satsuki has the advantage due to her body producing aratama by cutting herself…

…Ellen Kohagura can hold off her own as she kicks Yomi Satsuki away. I have to say that when it comes to hand-to-hand combat, Kohagura is very proficient about it. 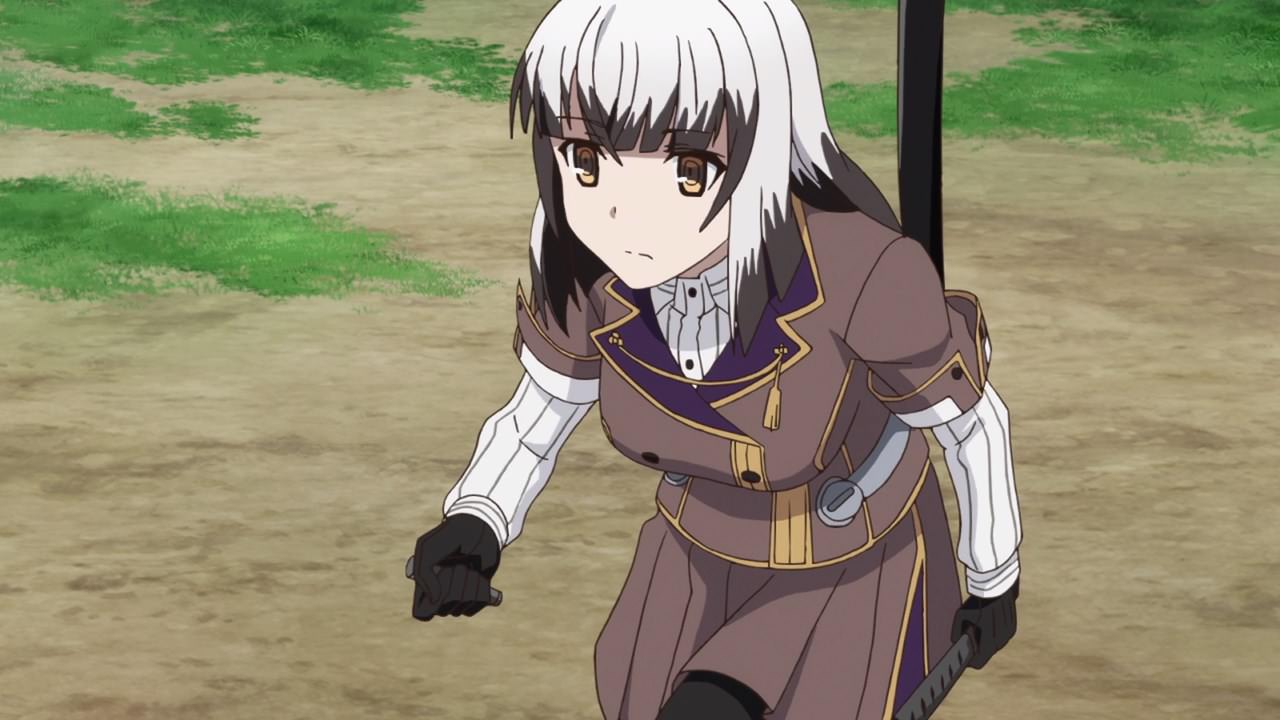 However, it seems that the tables will be turned as Yomi Satsuki has a capsule which has the blood of an aratama called noro. 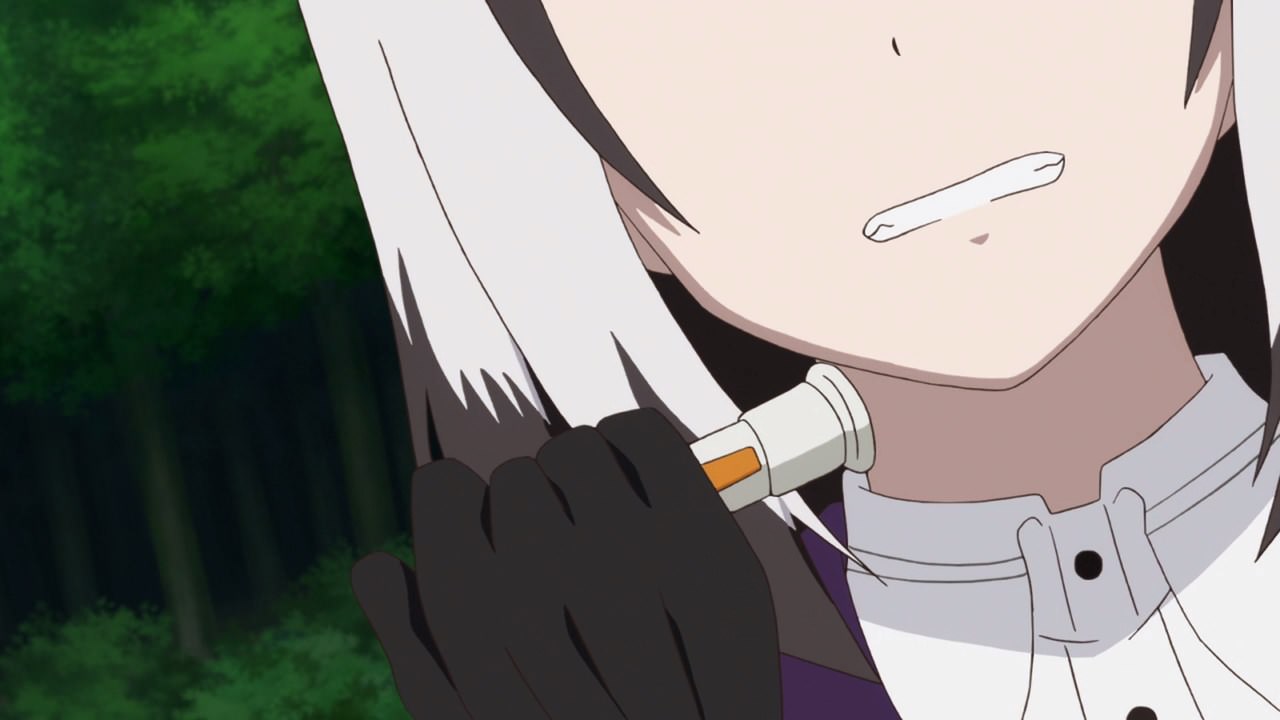 By injecting noro into her body, Yomi Satsuki transforms from being a mere half-human/aratama hybrid… 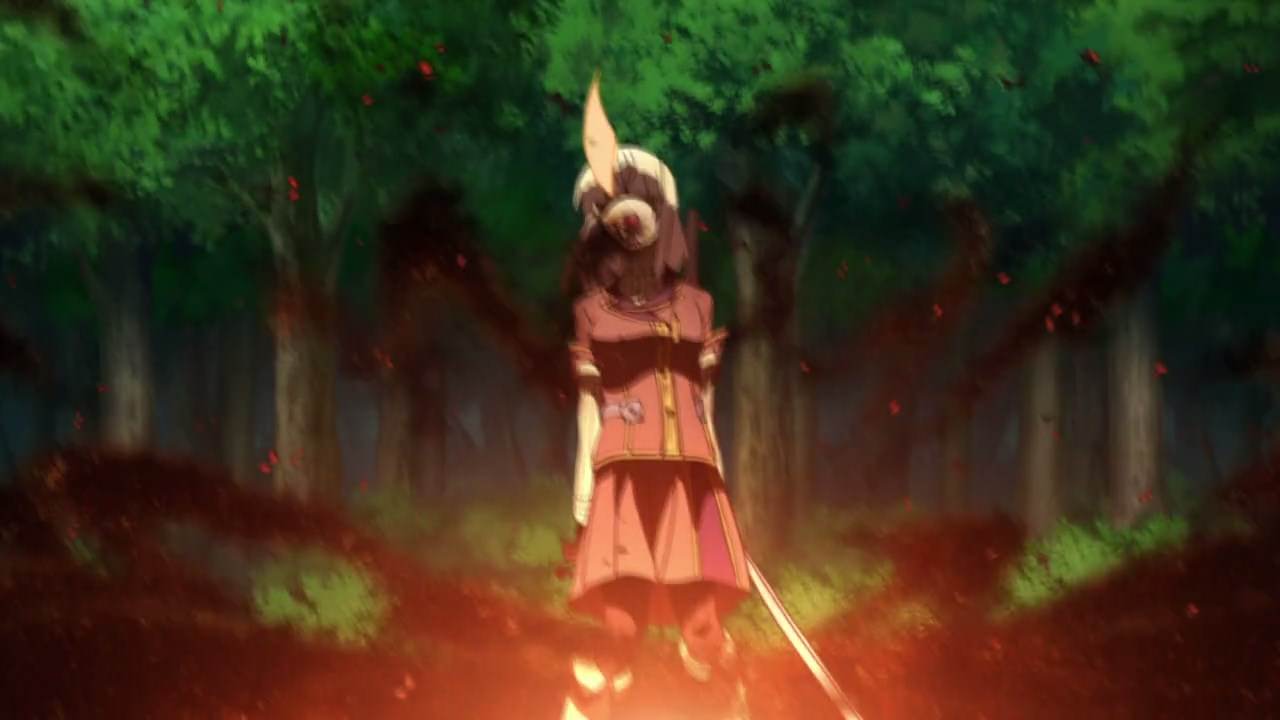 …into a monstrosity by having a horn on her head. And I have to say, it looks hideous that you might run away!

At this point, there’s no hope for Ellen Kohagura to win against this elite guard. 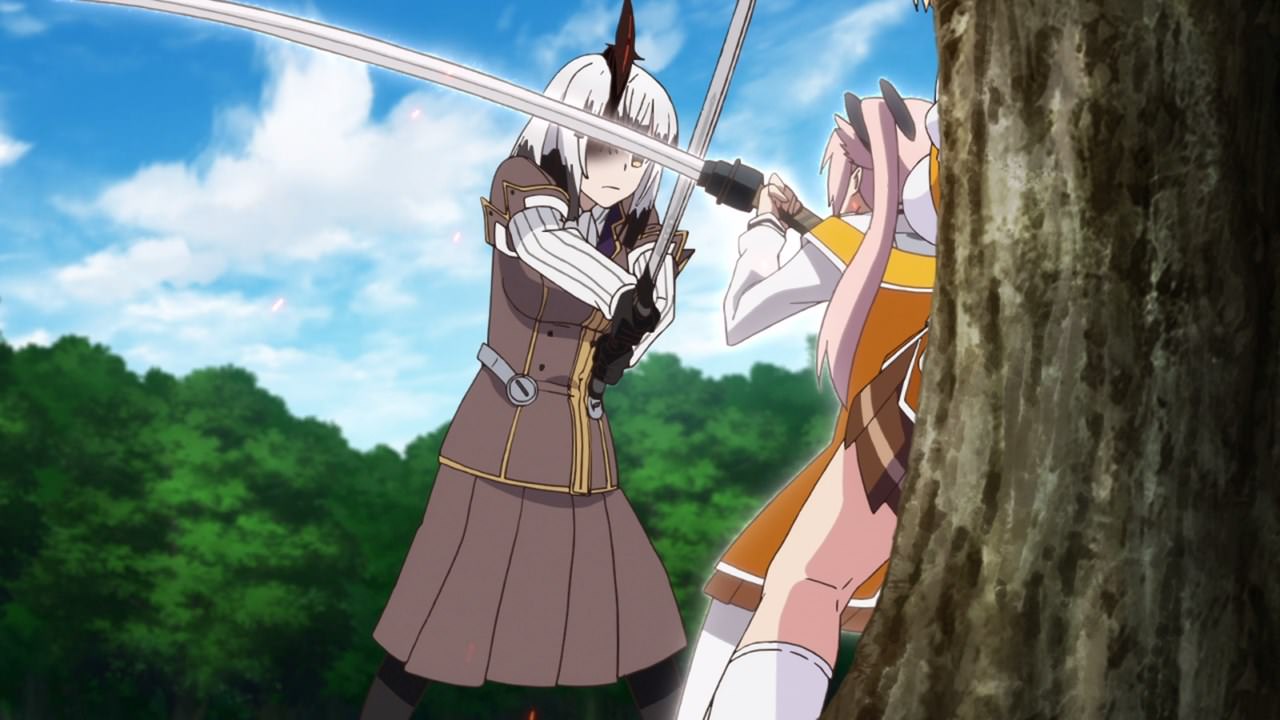 That’s until Kaoru Mashiko arrived to rescue her friend from being killed by Yomi Satsuki. Well, seems that Kaoru has a mean streak towards Yomi! 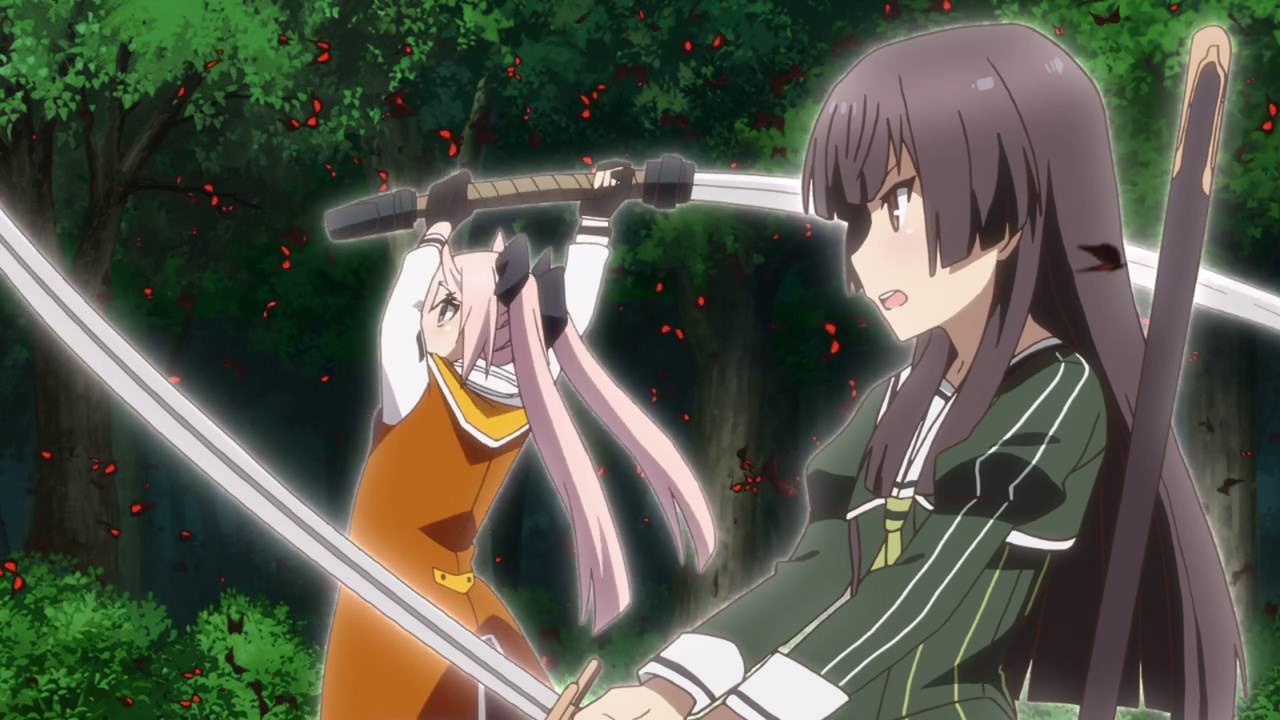 Oh yeah, and she’s not alone as Kaoru is joined by Hiyori Juujou as they fight against this monstrosity. But wait, where’s Kanami Etou? 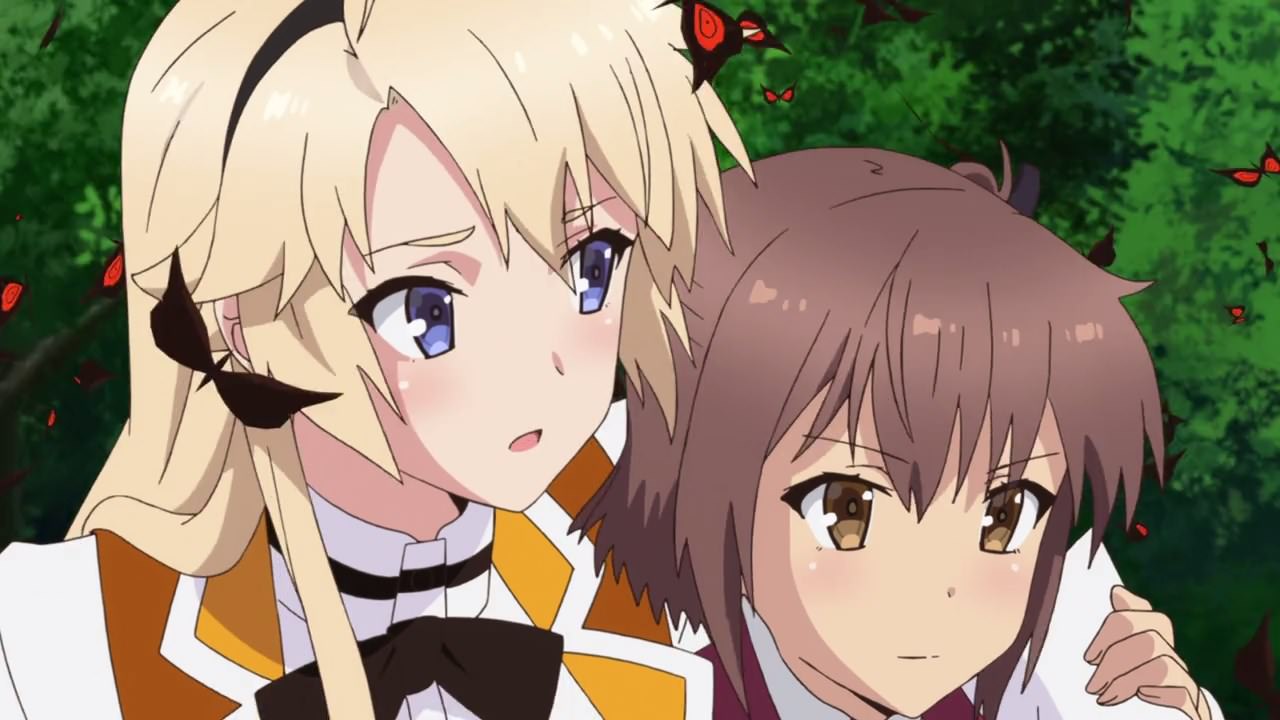 Well, Kanami took Ellen away from Yomi as she’s too weak to fight against an elite guard, especially when she’s injected with noro in her body. 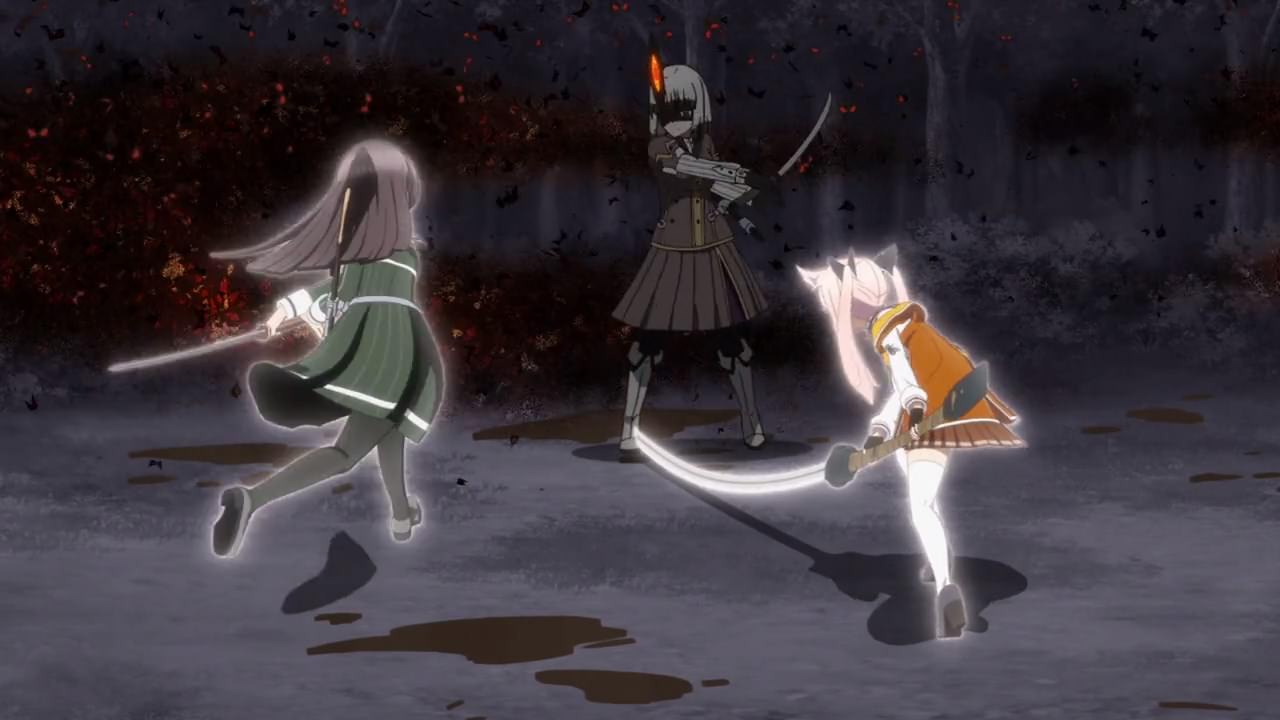 In any case, the fight continues as both Hiyori and Kaoru are struggling to land a decisive blow against Yomi Satsuki.

At this point, Yomi injected herself with more noro which makes her stronger, yet unstable as Yomi’s body would continue to deteriorate. 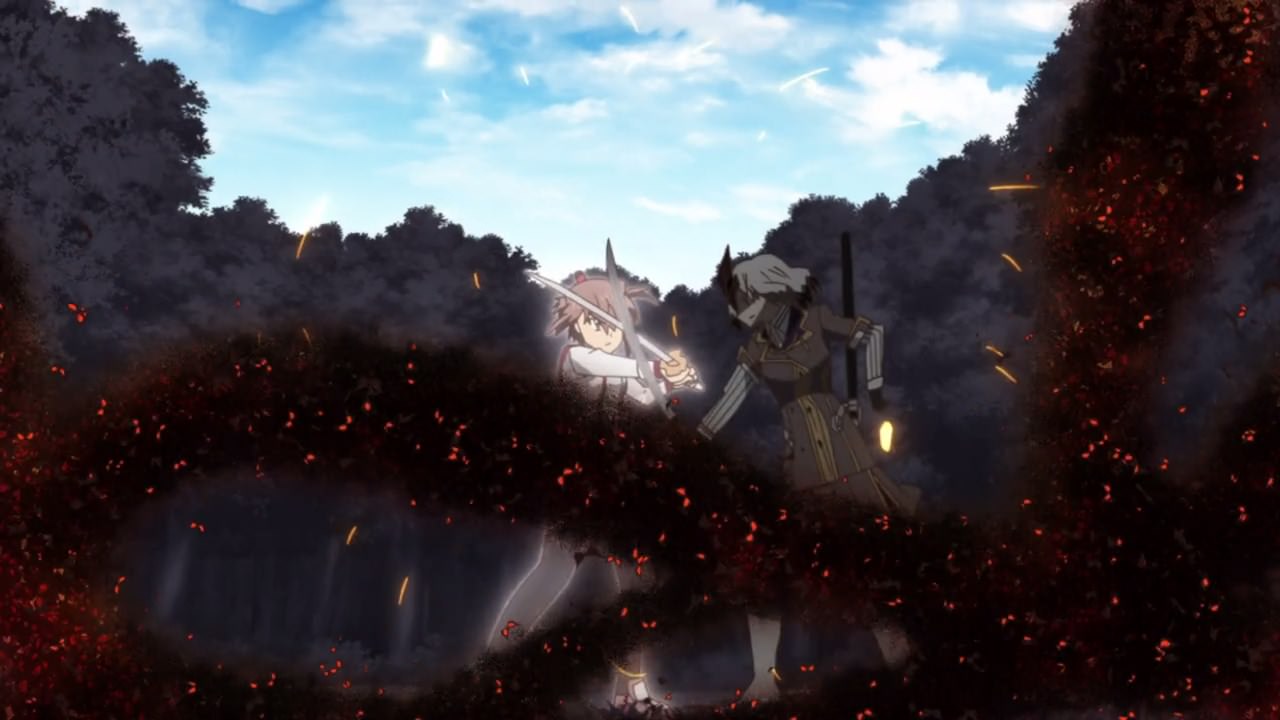 Soon, Kanami Etou joined the fight as clashed with Yomi Satsuki where she losing control of her body. 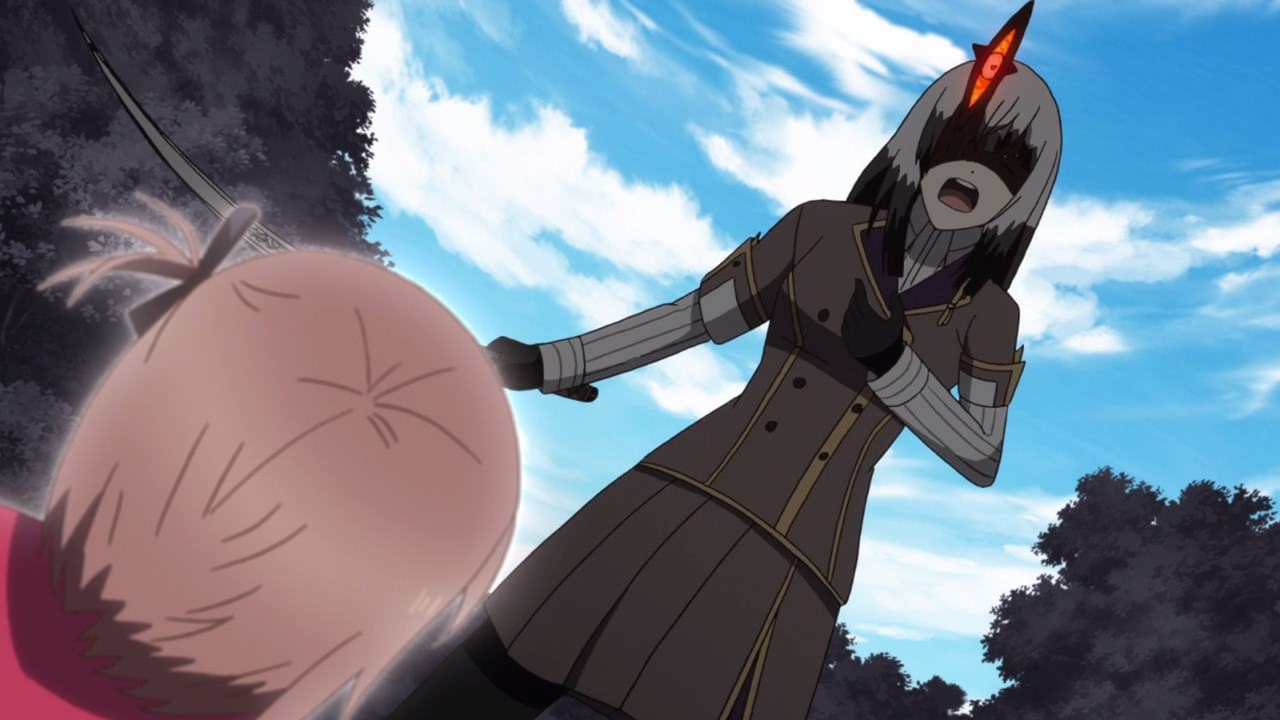 Eventually, Yomi Satsuki couldn’t handle the flow of noro inside her body as she stops momentarily… 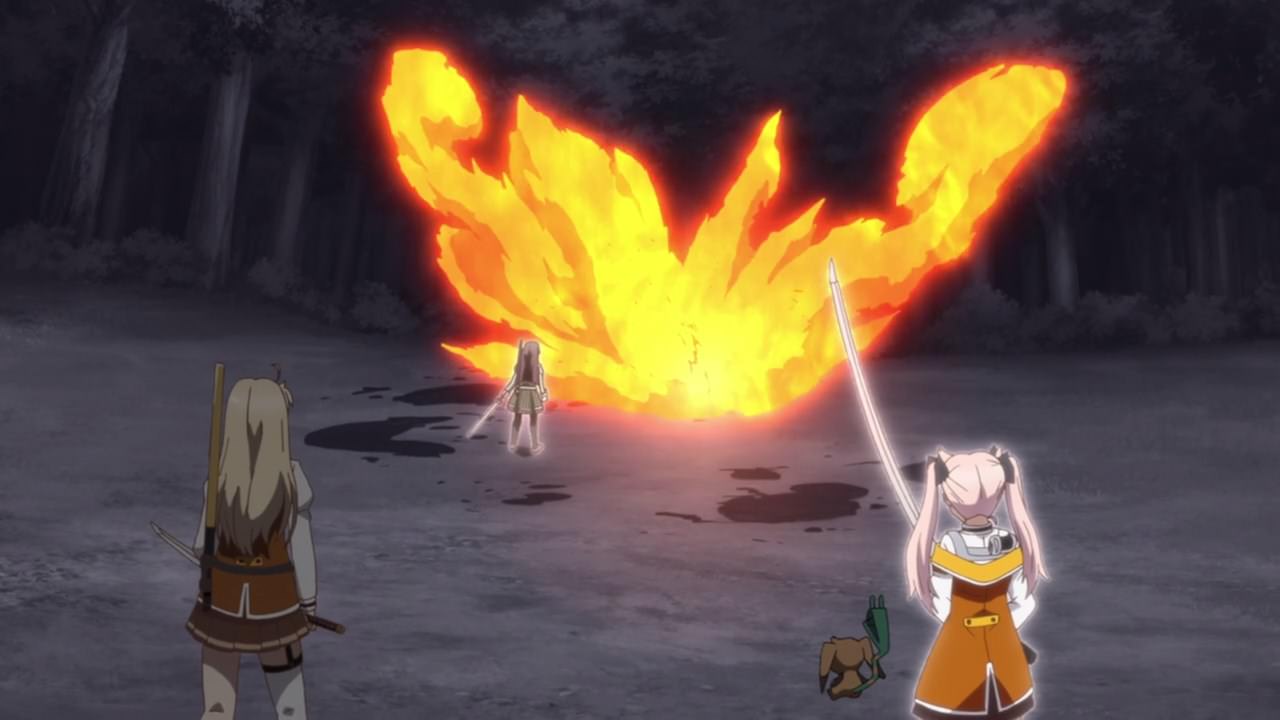 …and exploded into a sea of flames. Well, it seems that one of the elite guards has bite the dust. I blame Yukari Origami for turning Yomi Satsuki into a monster. 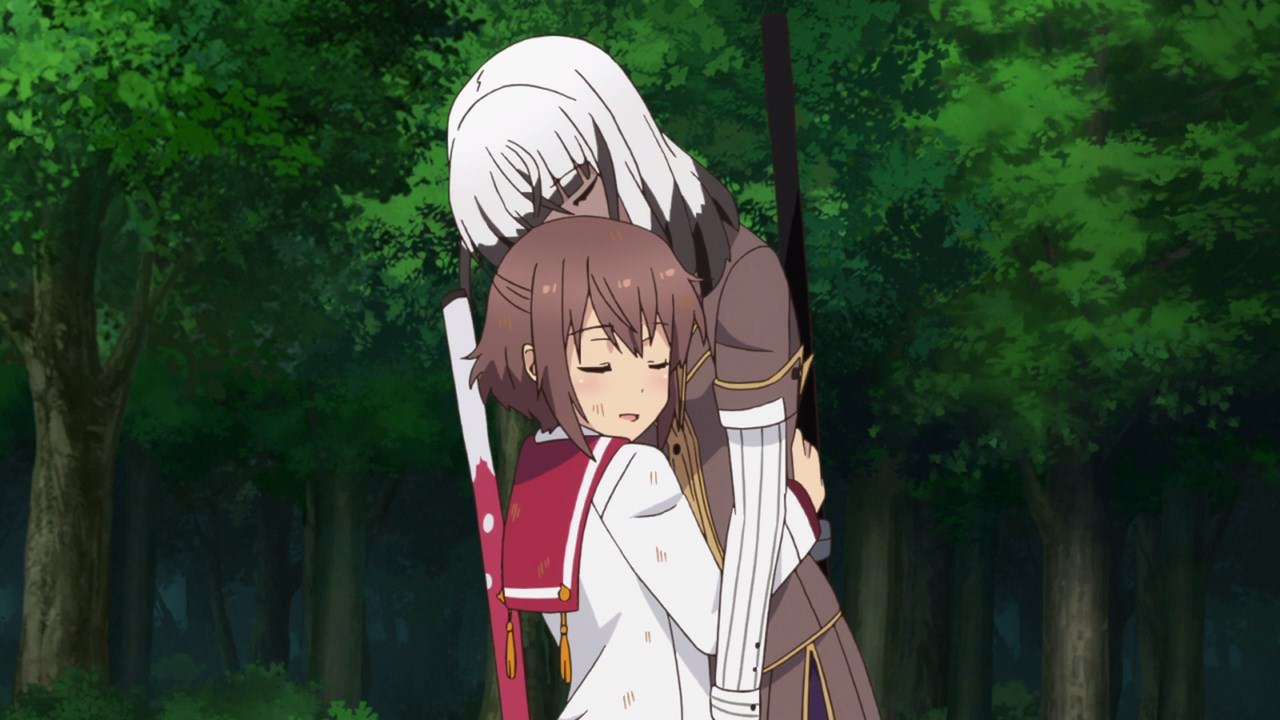 But surprisingly, Yomi Satsuki is somewhat alive as Kanami Etou felt relieved that she returned to normal. Then again, I think they need to leave right now or the elite guards might catch them! 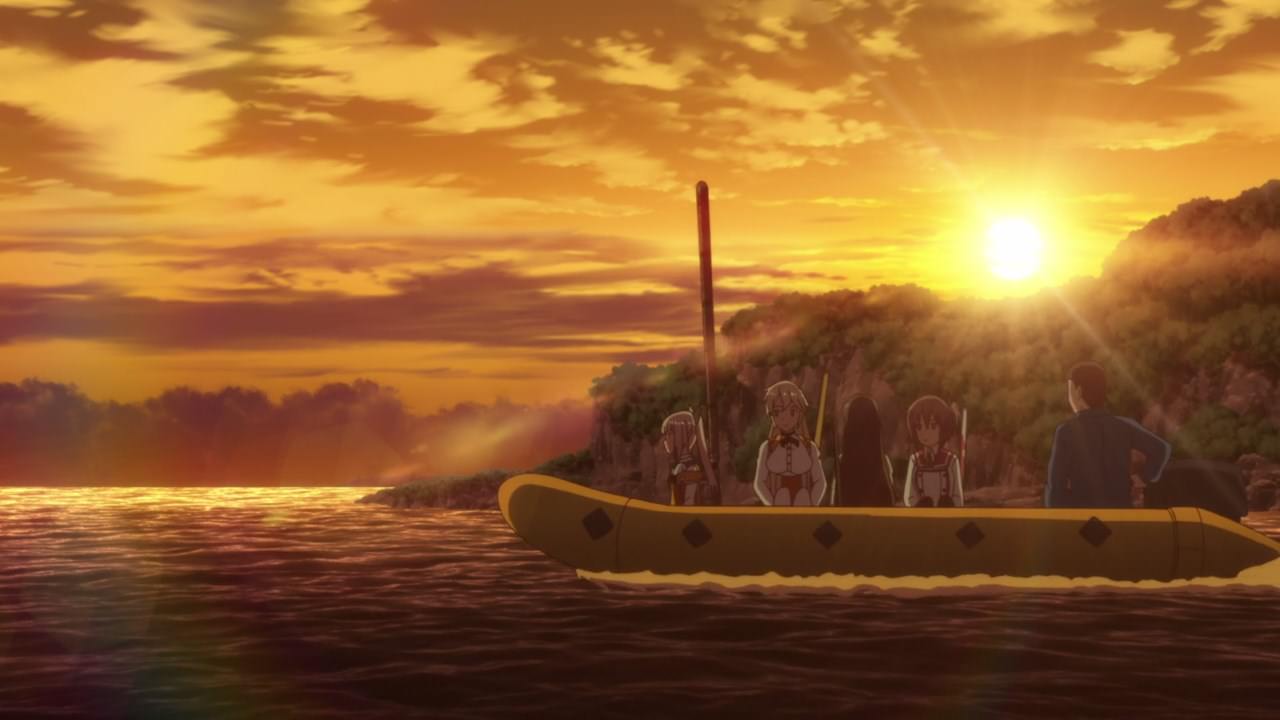 Now that they’re done dealing with Yomi Satsuki, Ellen Kohagura ferried Kanami Etou and her friends to Mokusa by calling a taxi… 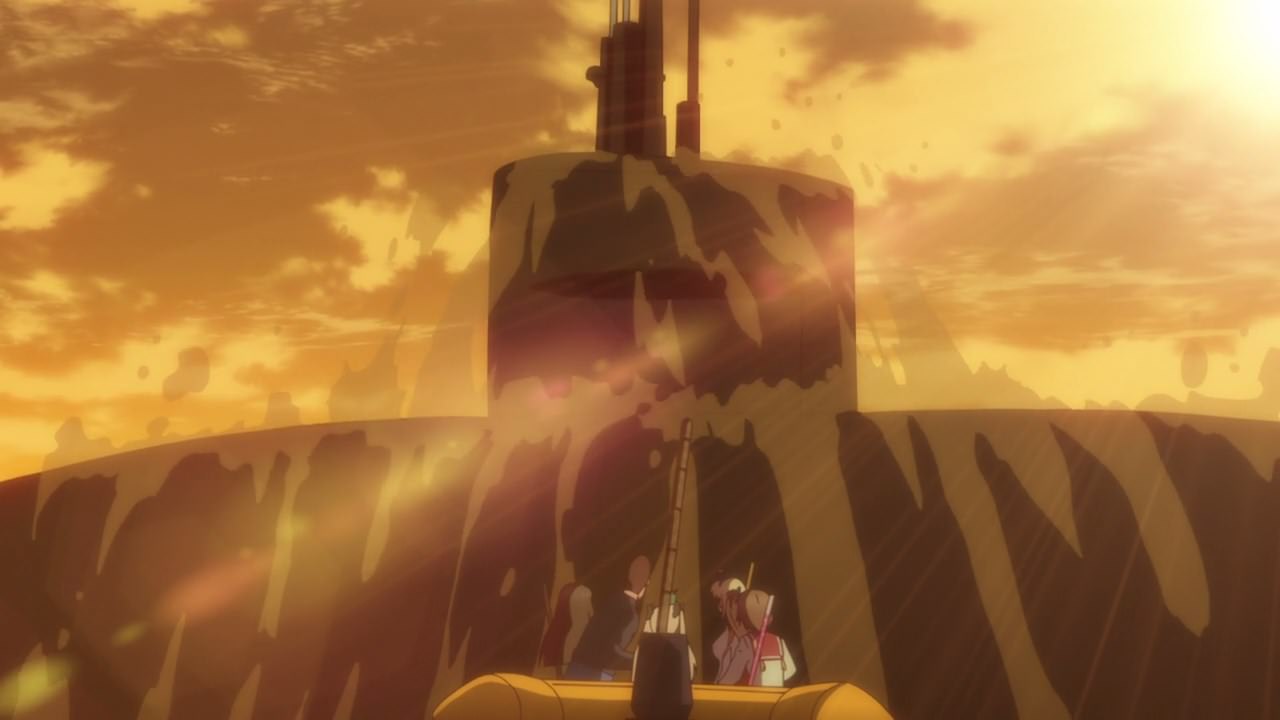 …which turned out to be a freakin’ submarine. Wow, I can’t believe that Mokusa has enough money to equip their entire rebellion group against Yukari Origami and her elite guards. 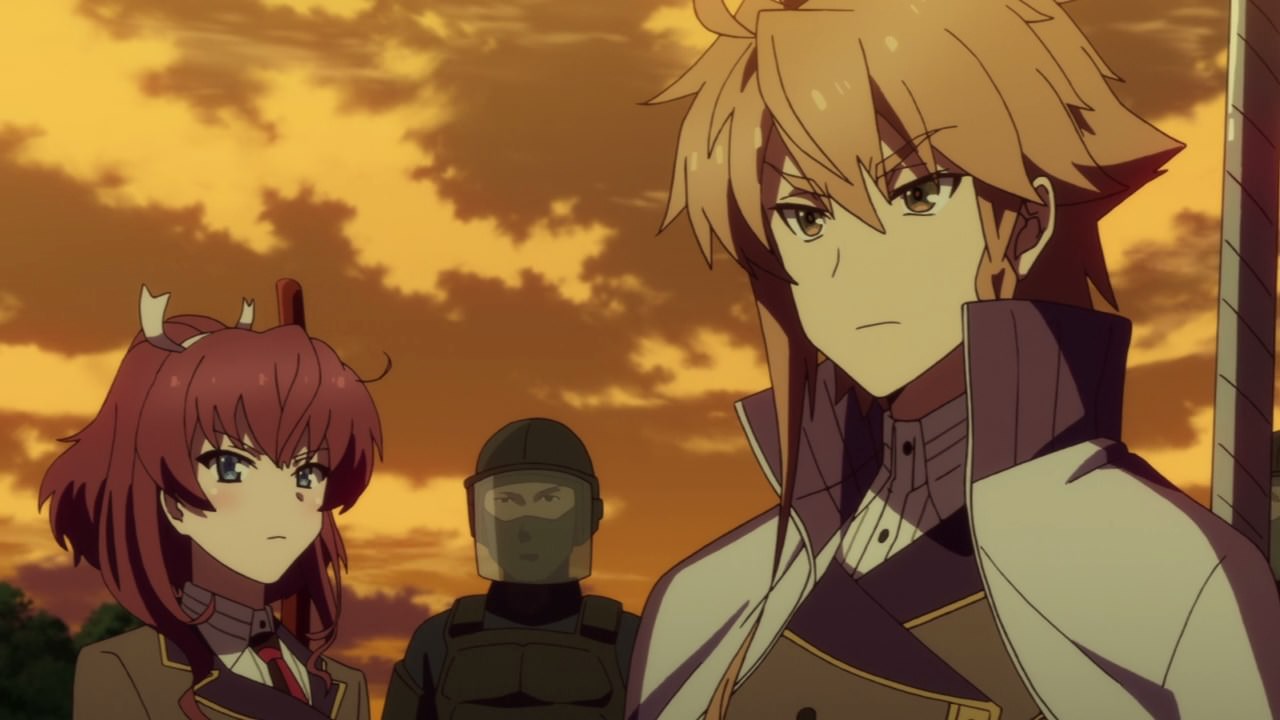 And speaking of the elite guards, looks like both Suzuka Konohana and Maki Shidou are too late to capture both traitors.

Well, make it four now that Ellen Kohagura and Kaoru Mashiko have joined Hiyori Juujou’s crusade against the Origami clan. 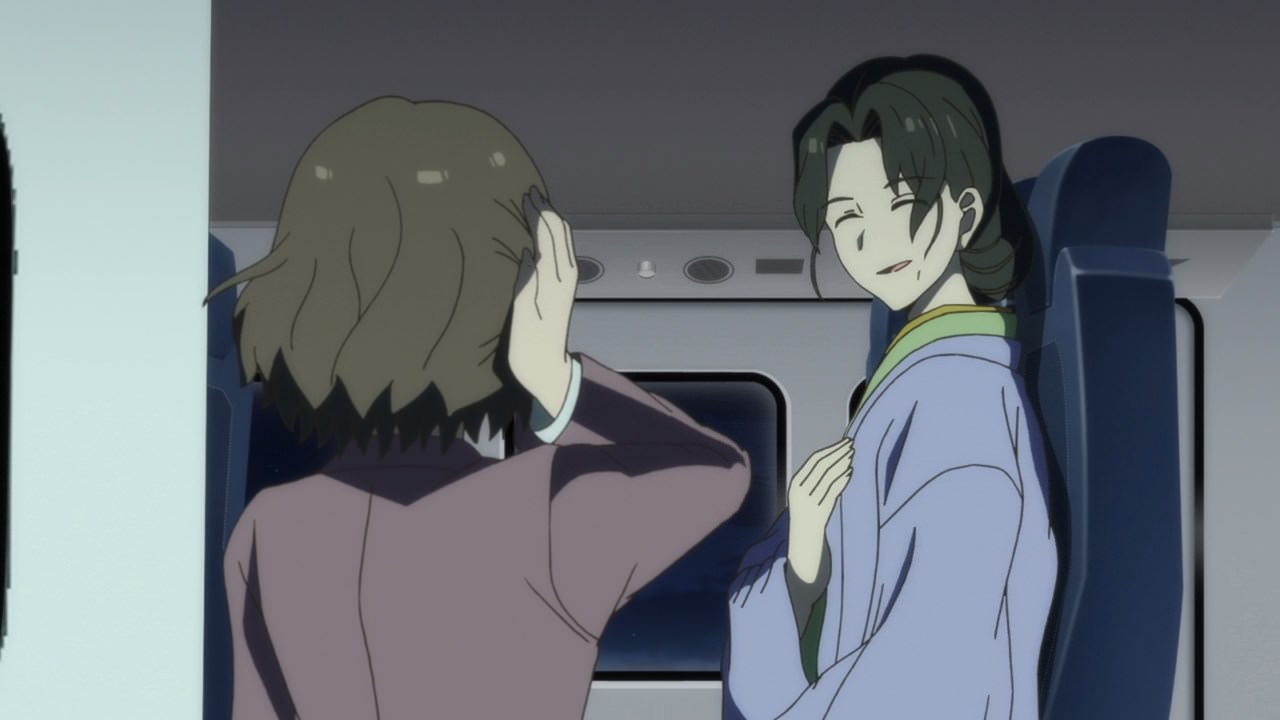 Back at Tokyo, Yukari Origami told both presidents return to their respective schools as they’re no longer involved on this case.

While Iroha Gojou from Heijou Academy will take her leave via a helicopter, seems that Ema Hashima from Minoseki Academy will stay a bit longer as she received a call from a mysterious person named Sana Maniwa. I wonder what President Hashima is planning to do? 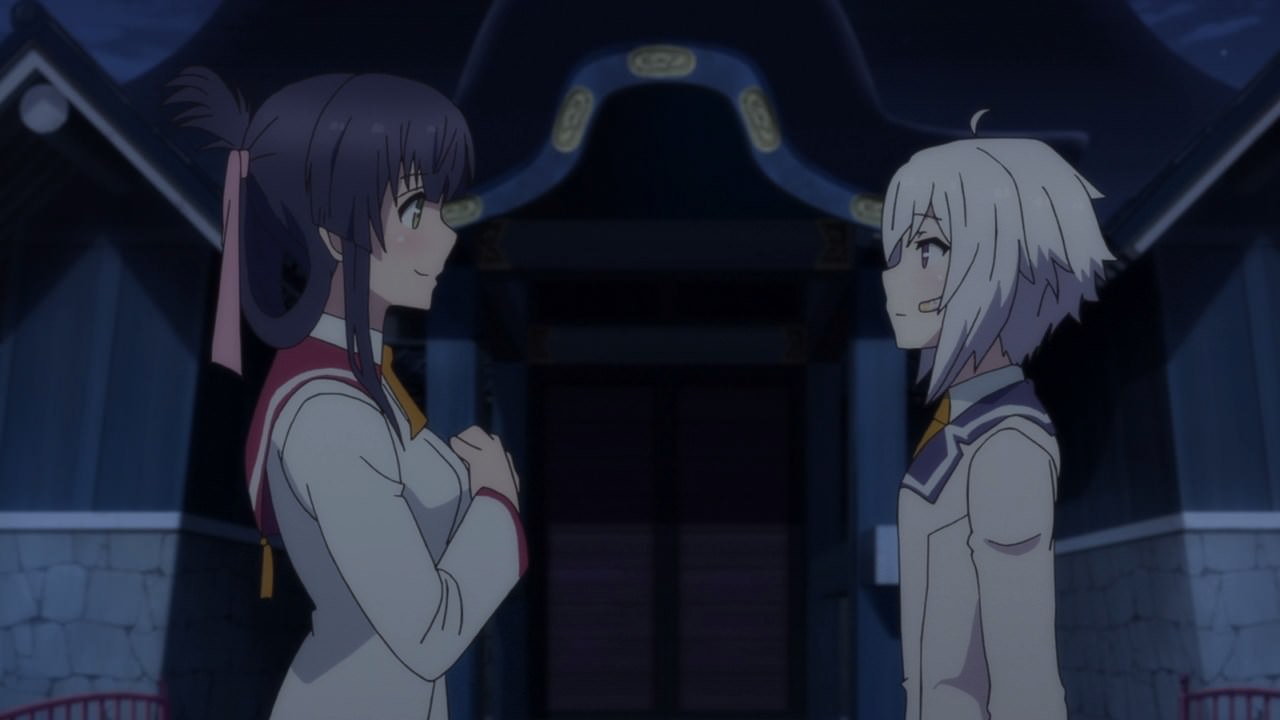 One more thing, Mai Yanase told Sayaka Itomi that she’ll meet again in the future as they went to their separate ways. Hmm, seems that both Mai and Sayaka are starting to get friendly for some reason.

Anyways, I’ll see you on the next episode as Kanami and the rest are heading towards a secret base where Mokusa is currently hiding from Yukari Origami’s sphere of influence.