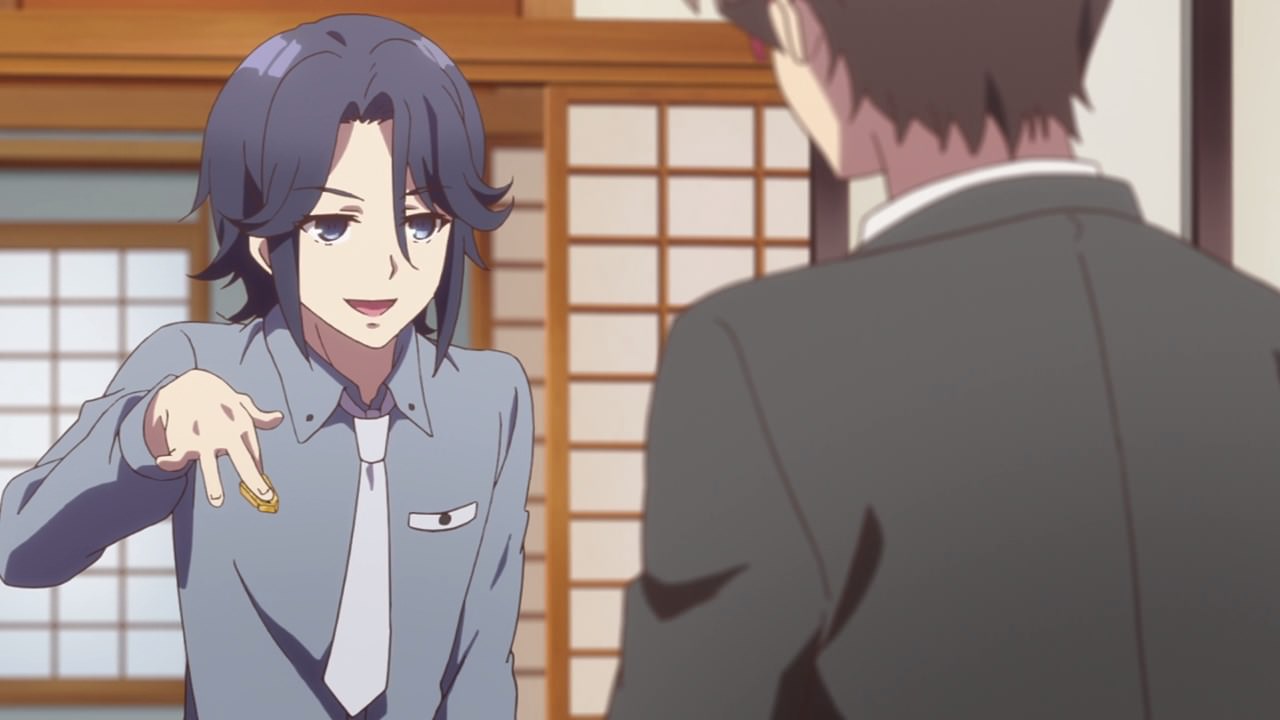 Here’s another rival to Yaichi Kuzuryuu. This time, he’s far stronger than Ayumu Kannabe and his play-style is somewhat similar to that of a Meijin.

His name is Jin Natagiri and he’s a pathological shogi researcher who wants to find ways to win his opponent, especially the current Ryuuou title-holder Yaichi Kuzuryuu. 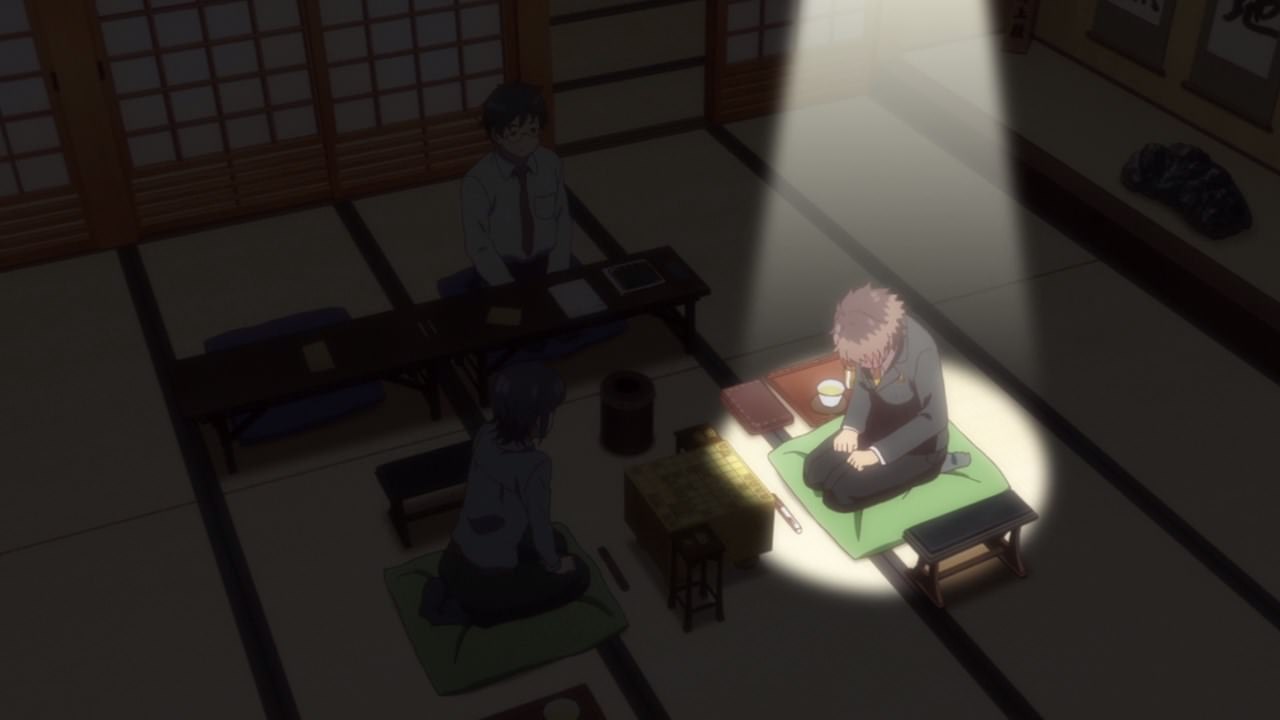 Unfortunately for Yaichi Kuzuryuu, he couldn’t win against Jin Natagiri in the end. Not only that, but this is Yaichi’s 3rd defeat against him, which is worrying for Kuzuryuu as Natagiri can take his title at any time.

So with that said, Yaichi Kuzuryuu will have to find someone who can teach him on how to beat Jin Natagiri’s strategy. 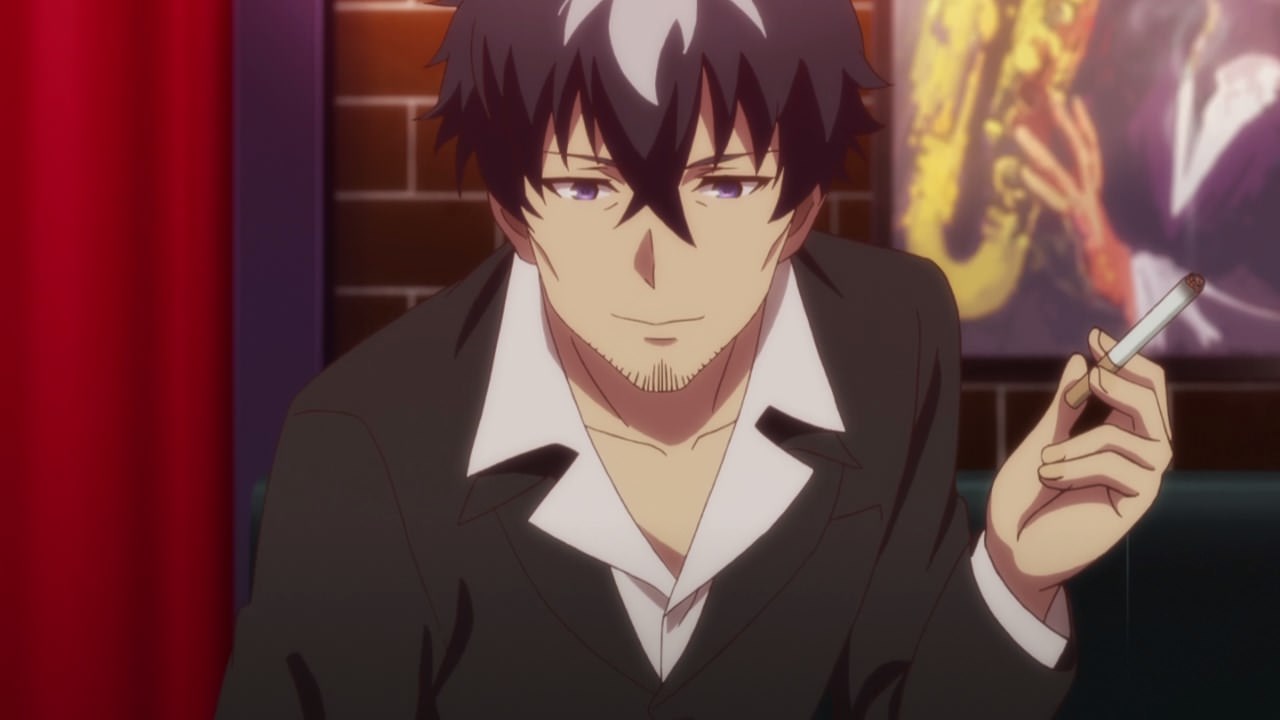 Luckily, he found one shogi player named Mitsuru Oishi, a Kishou title-holder who is known for being a Ranging Rook specialist, something that is opposite to Kuzuryuu’s usual Static Rook strategy. 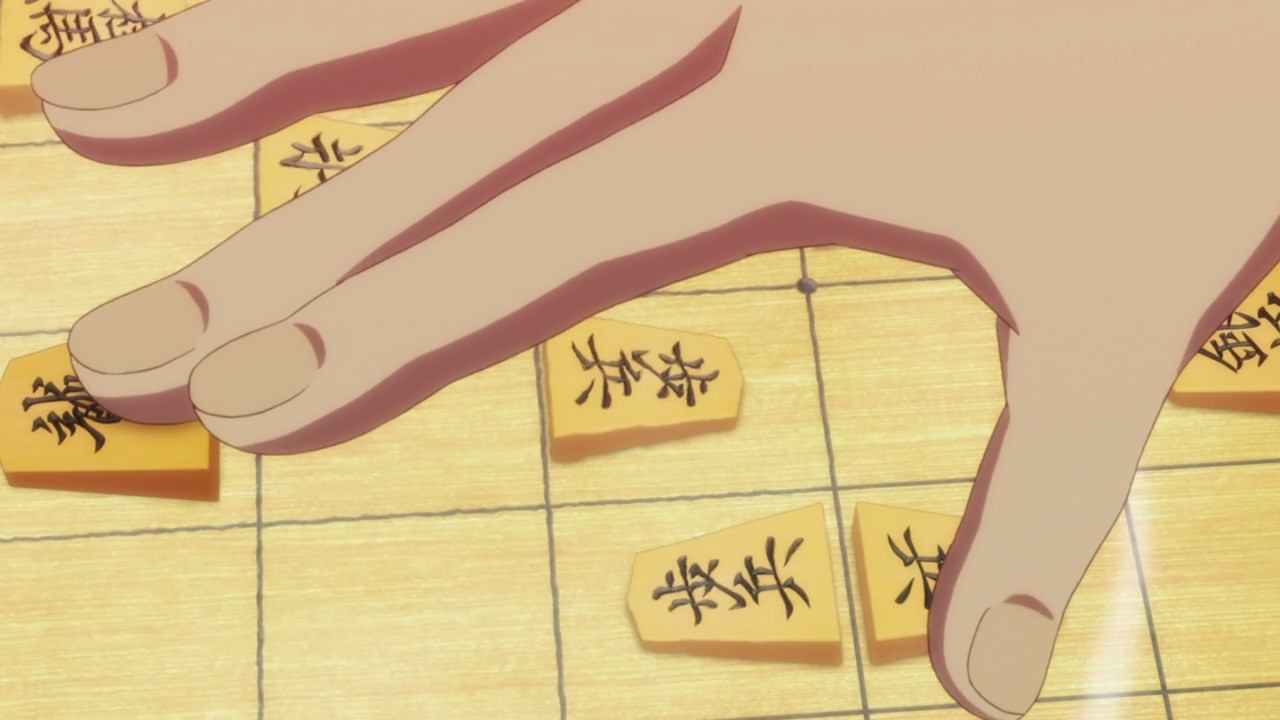 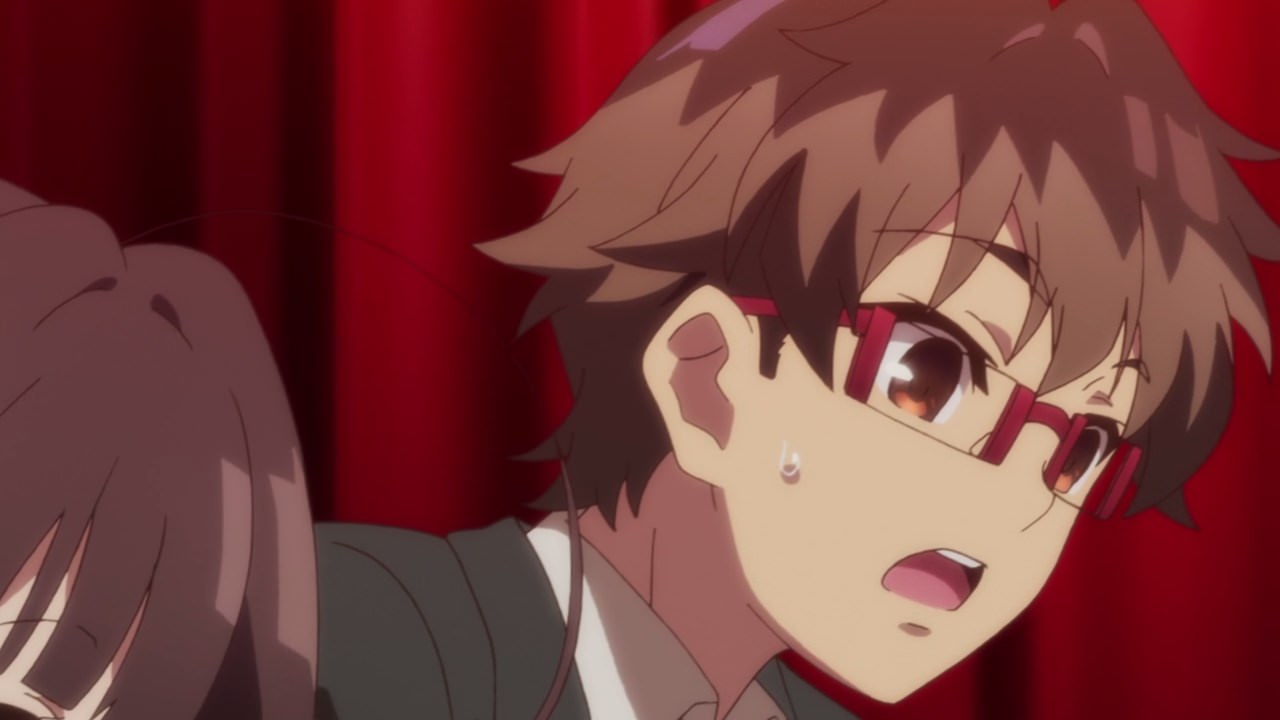 But anyways, Maestro Oishi is a good shogi player as Yaichi and Ai Hinatsuru are amazed by his play-style that they want to learn from him.

Of course, Mitsuru-san will agree to teach them on how to use the Ranging Rook strategy, but there’s a catch… 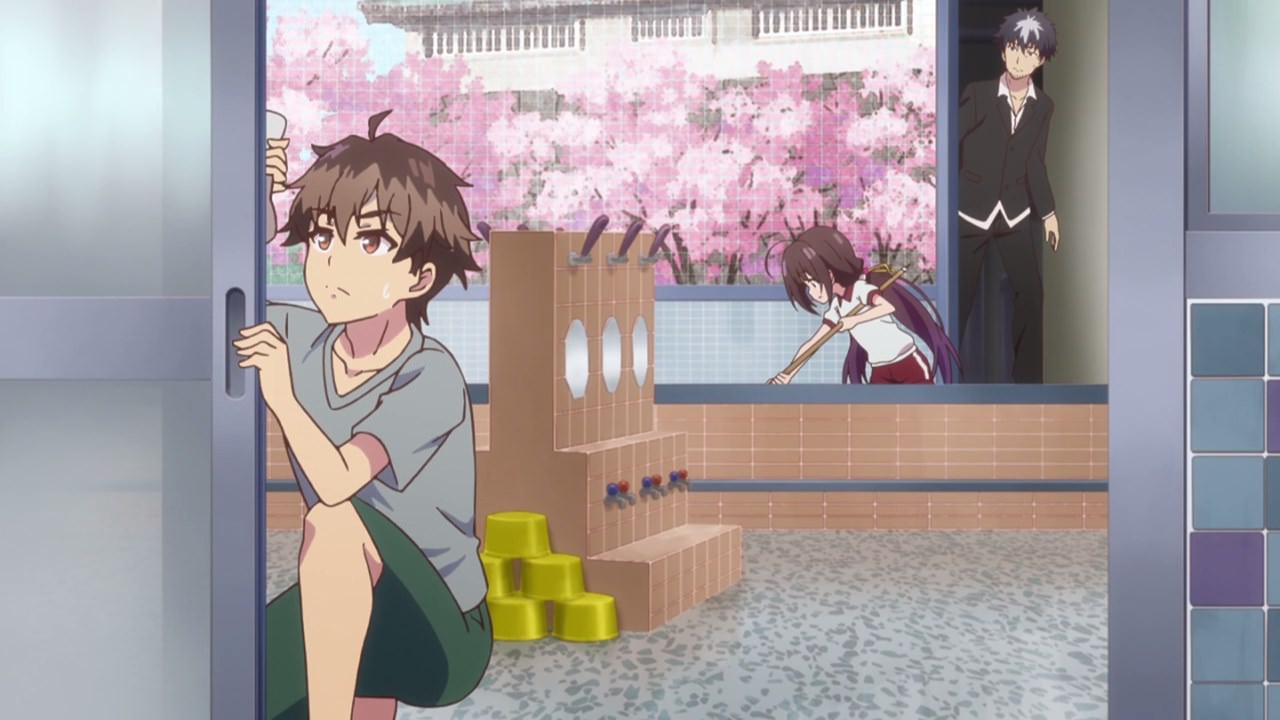 They must put their free time on doing menial tasks at Oishi’s bath house, from scrubbing the bath tiles to serving the customers with either beer or a milk drink. 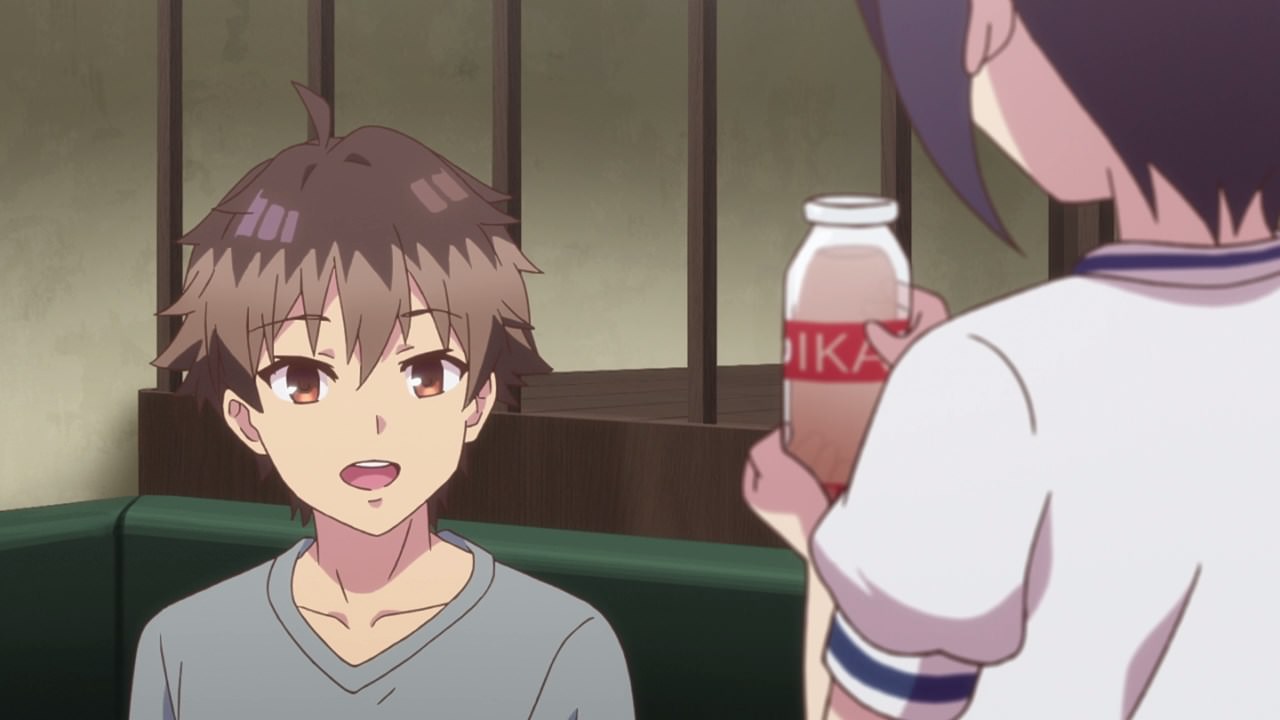 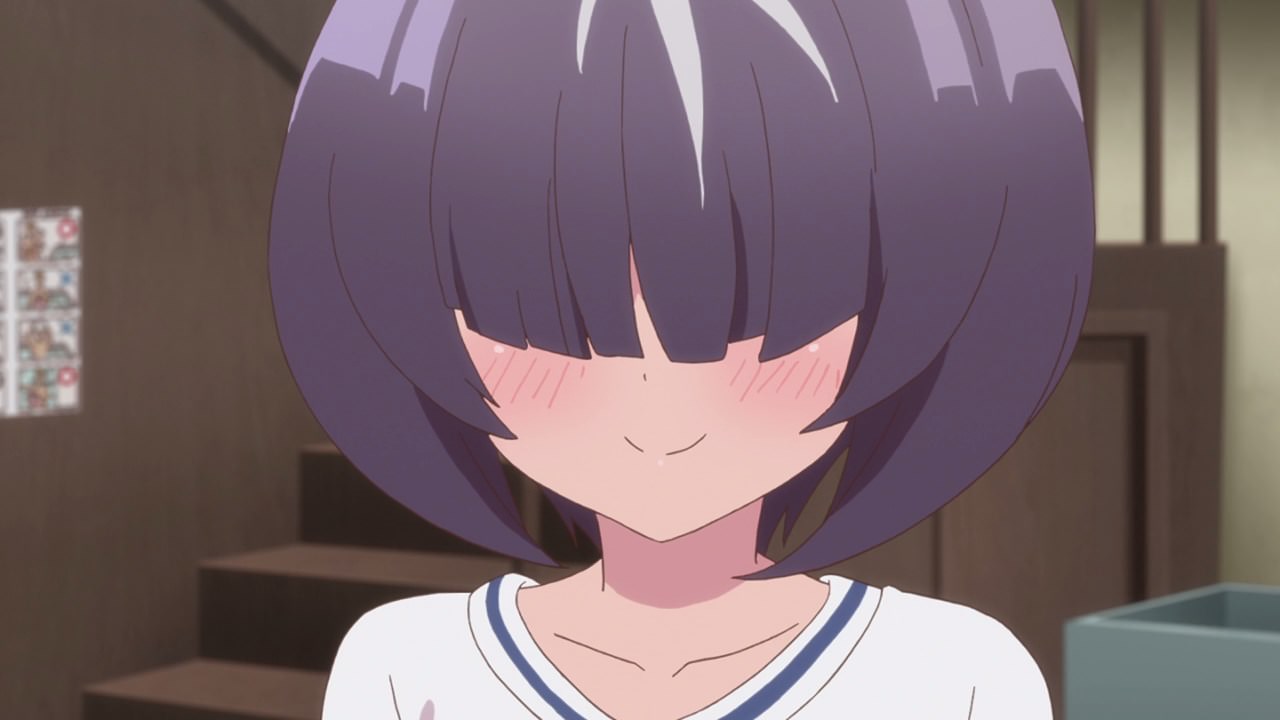 This is Asuka Oishi who might look shy, but she’s a good girl and I have a feeling that Asuka might get added to Yaichi’s harem. Seriously, he’s attracted to young girls! 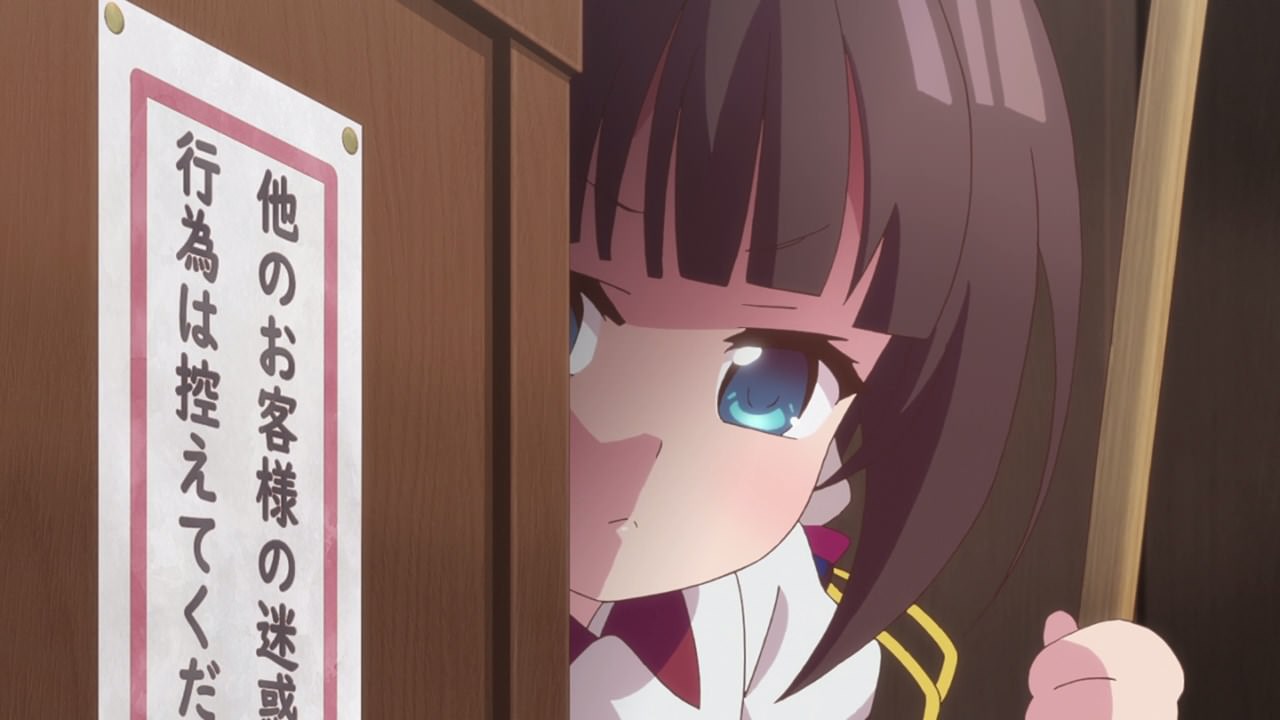 Heck, even Ai Hinatsuru is getting jealous when a girl approached her master. Good thing Ai-chan is keeping her yandere tendencies in check or Asuka Oishi might be a goner.

On the other hand, it appears that Ai Hinatsuru is getting better after that defeat from Ai Yashajin. She’s too good that Ai-chan can easily beat one of her friends, even though Hinatsuru put a handicap on herself against the likes of Mio Mizukoshi or even Ayano Sadatou. And yet, Ai-chan felt sad that her opponent is crying after that crushing loss. But you know what, I think Ai Hinatsuru will need to have a bigger resolve if she wants to be a champion!

Anyways, next episode will feature a rematch between Yaichi Kuzuryuu and Jin Natagiri. Will his new strategy work against Natagiri and if it doesn’t work, will Kuzuryuu recover and make a counter-attack?