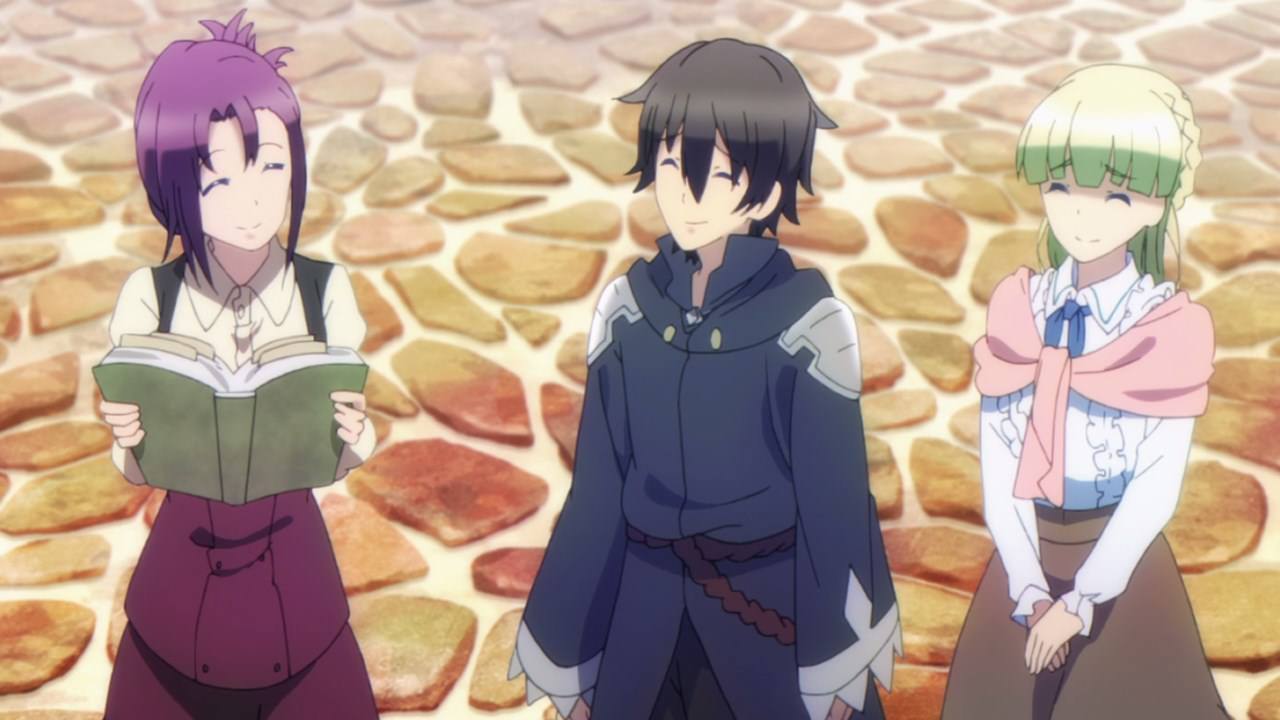 On this episode, Satou is joined by Zena Marientail as they’re finding a place to stay together with his girls, especially his demi-human servants like Liza, Pochi, and Tama.

So, they went to see Nadi where she offer housing properties that’ll suit Satou’s needs. 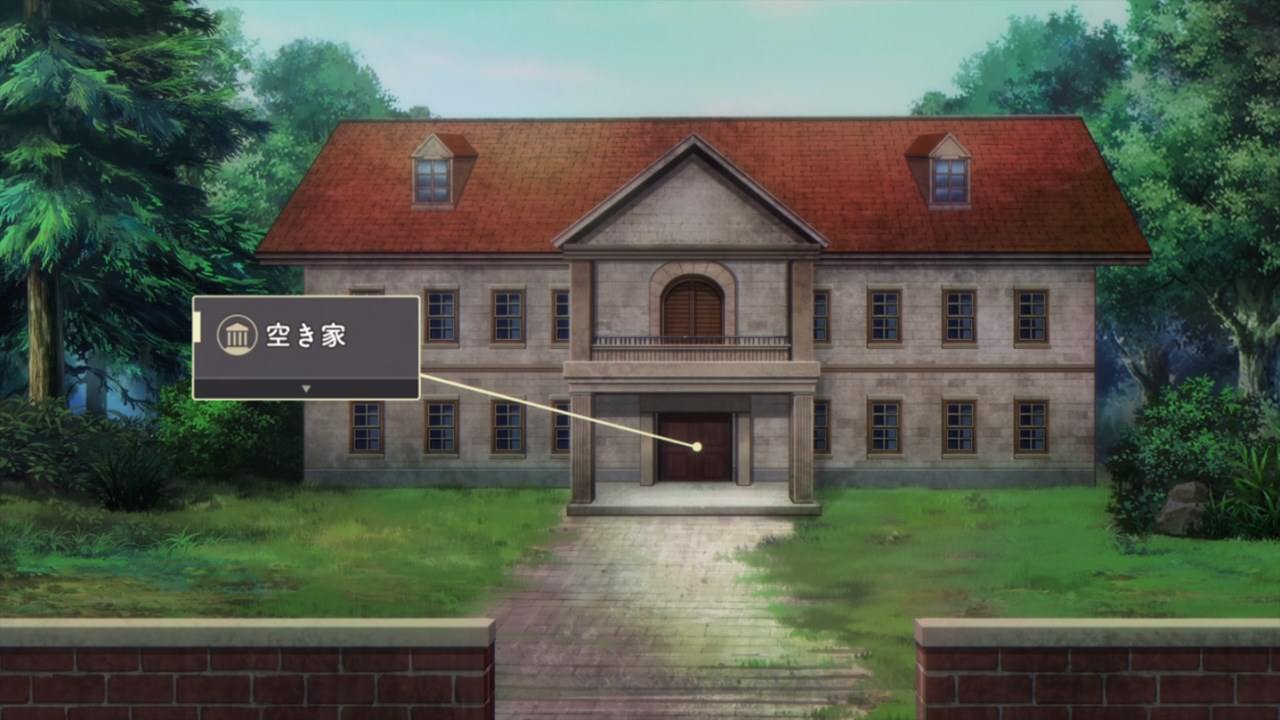 However, most of the properties Nadi offered were once owned by criminals. Some even have secret passageways to get to the city safely and back.

So, Satou decided to hold his search for now as he needs more time to think on picking the right mansion for his girls. 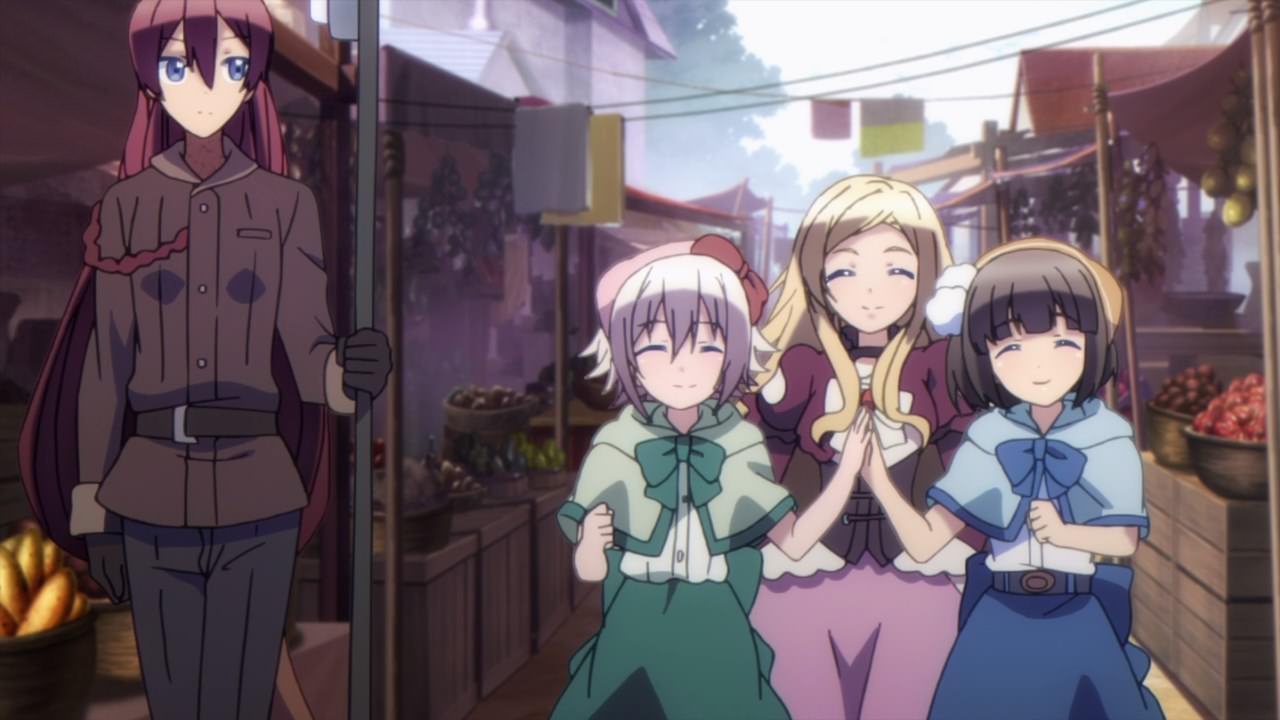 Speaking of Satou’s ever-growing harem, looks like they found more clothes to wear and a makeover too, especially Arisa as she goes for a blonde look instead of having pink hair.

Y’know, I kinda like Arisa’s previous look instead of her current one because having pink hair is better than going blonde. 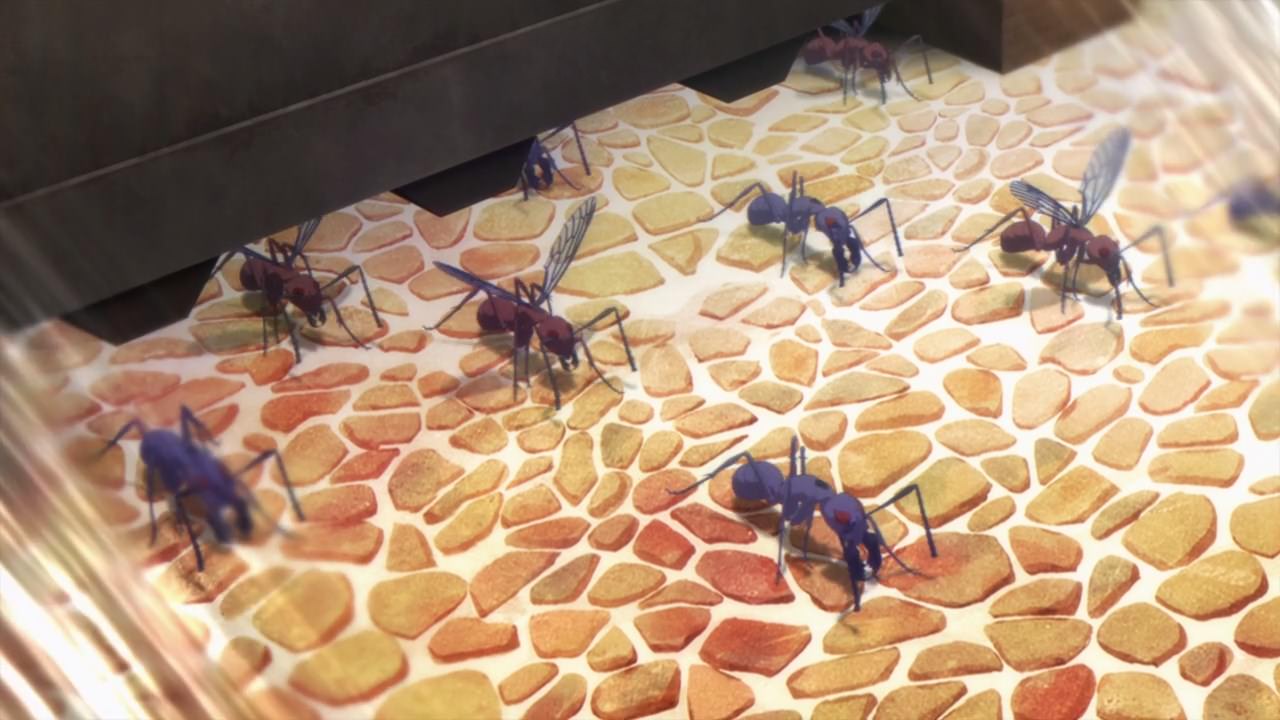 Unfortunately, their shopping spree was cut short when a swarm of fang and flying ants arrived to terrorize the entire town. Honestly, the guards should have close the gate faster. 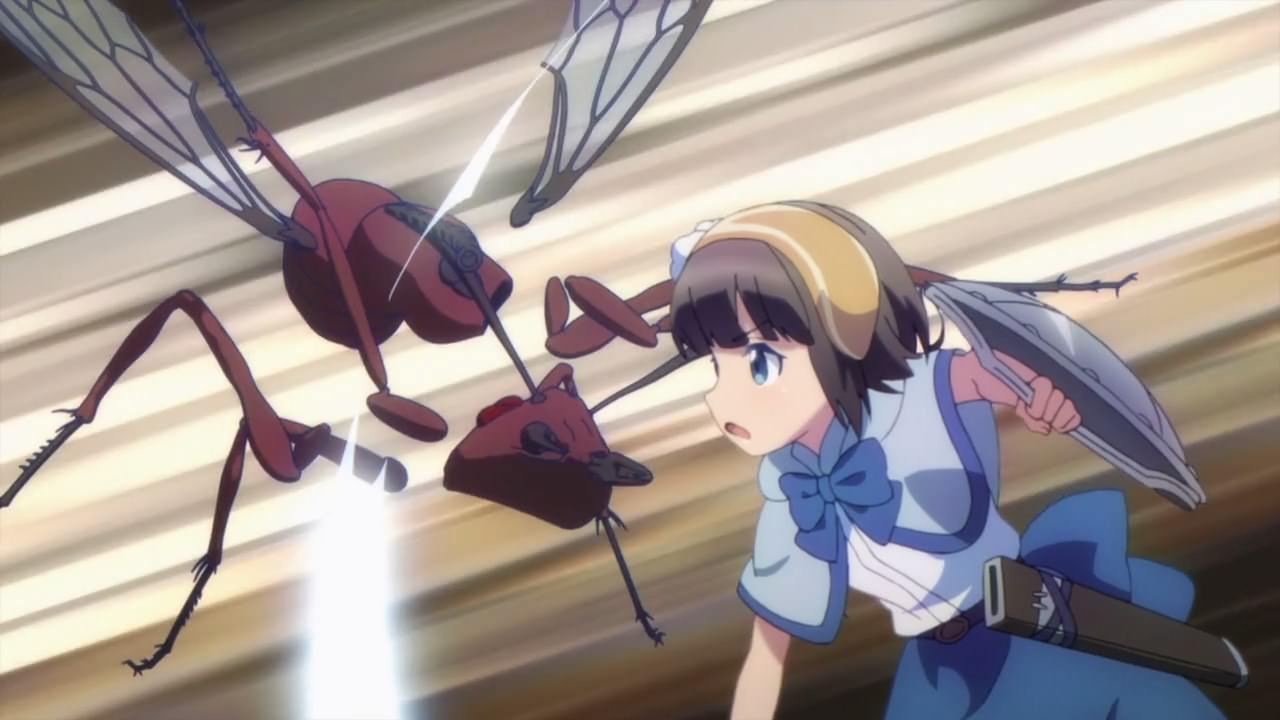 Fortunately, Satou and his group are capable of defending themselves and others as they make a counter-attack against both the fang and flying ants.

By the way, both Pochi and Tama are stronger than before. I guess their experience during the labyrinth has turned them into capable fighters, but not enough level to fight powerful foes yet. 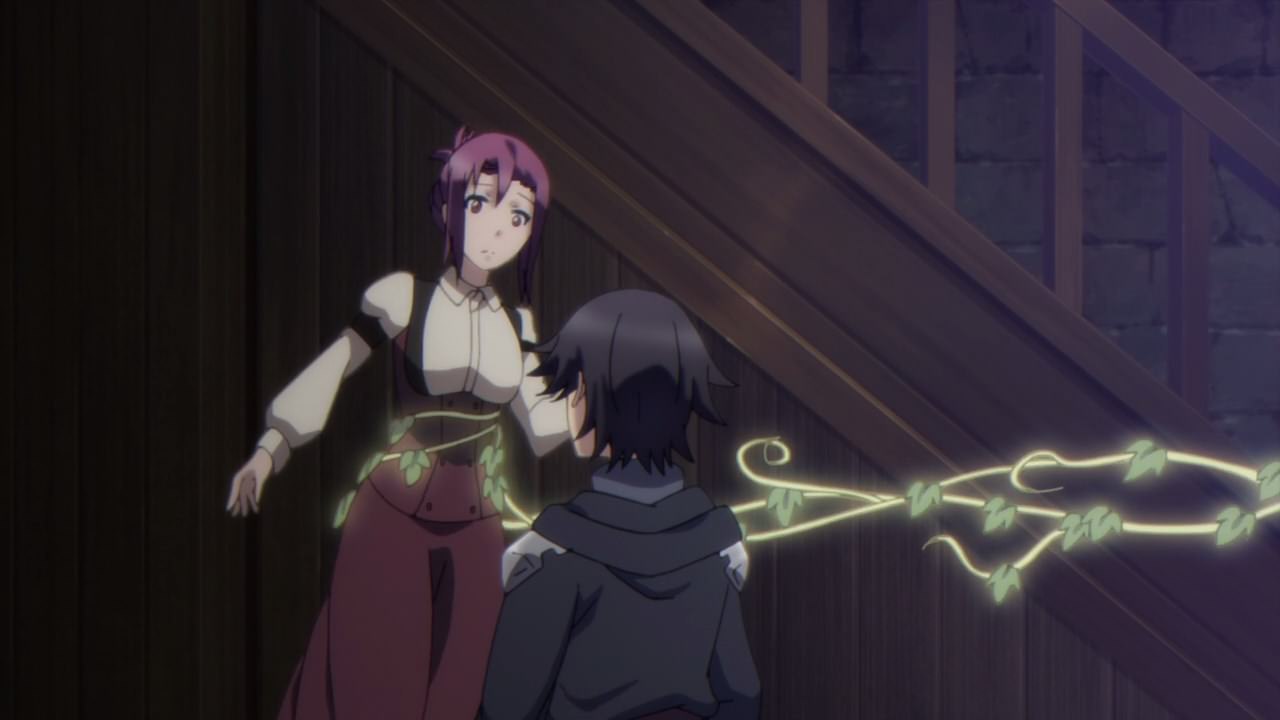 On the other hand, Satou tries to save Nadi when someone cast a magical vine to pull her up. 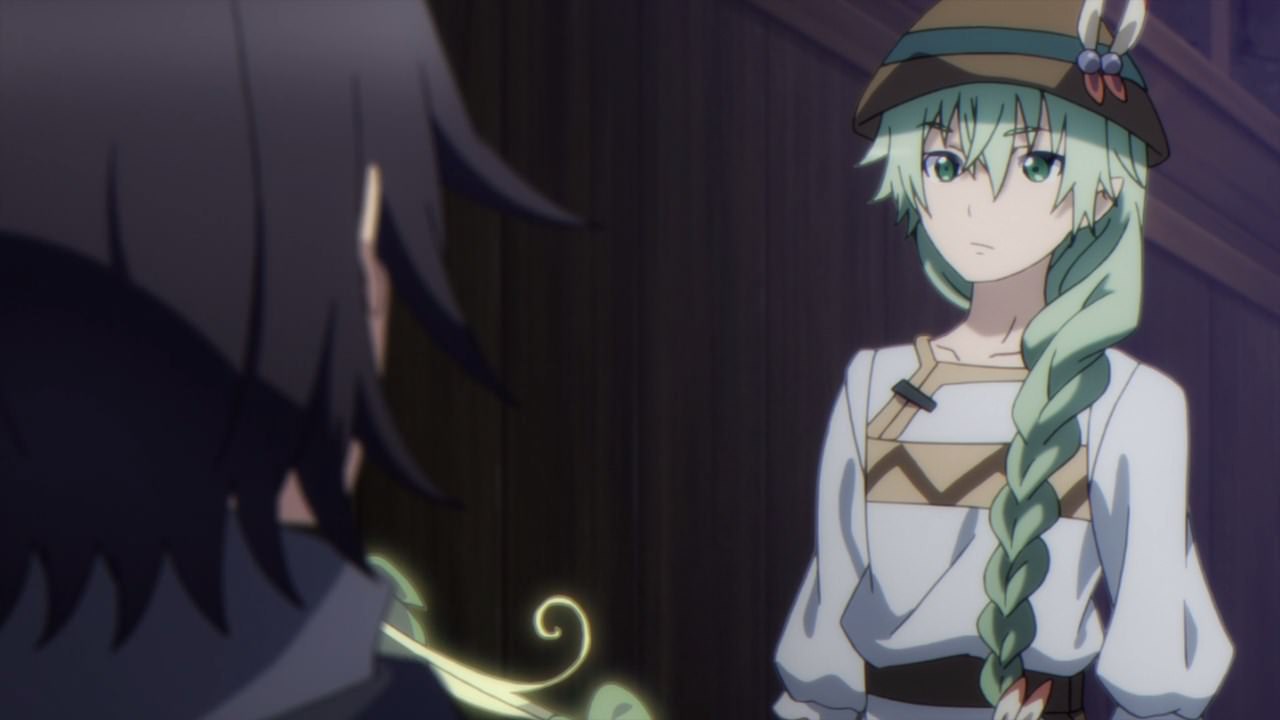 And it turns out that it was Nadi’s boss named Yusaratoya Bolenan who saved her from being eaten by ants. By the way, he’s not an elf as Yusaratoya calls himself as a forest spirit.

In any case, the fang and flying ants are defeated and the town is safe and sound. Of course, there’s still more to come as Satou discovered something… 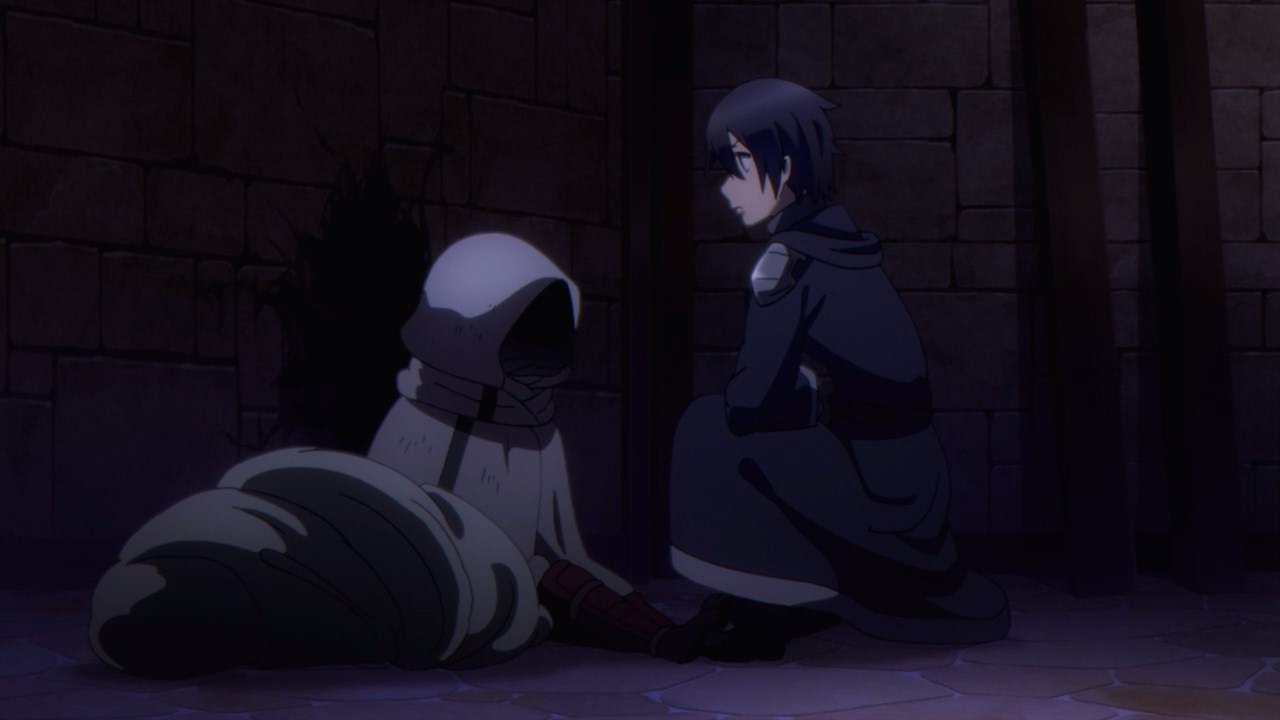 …like this wounded wererat who asked Satou to carry someone to safety as he couldn’t make it. However, Satou decides to give him some first-aid just to let this wererat warrior live instead of leaving him dead. 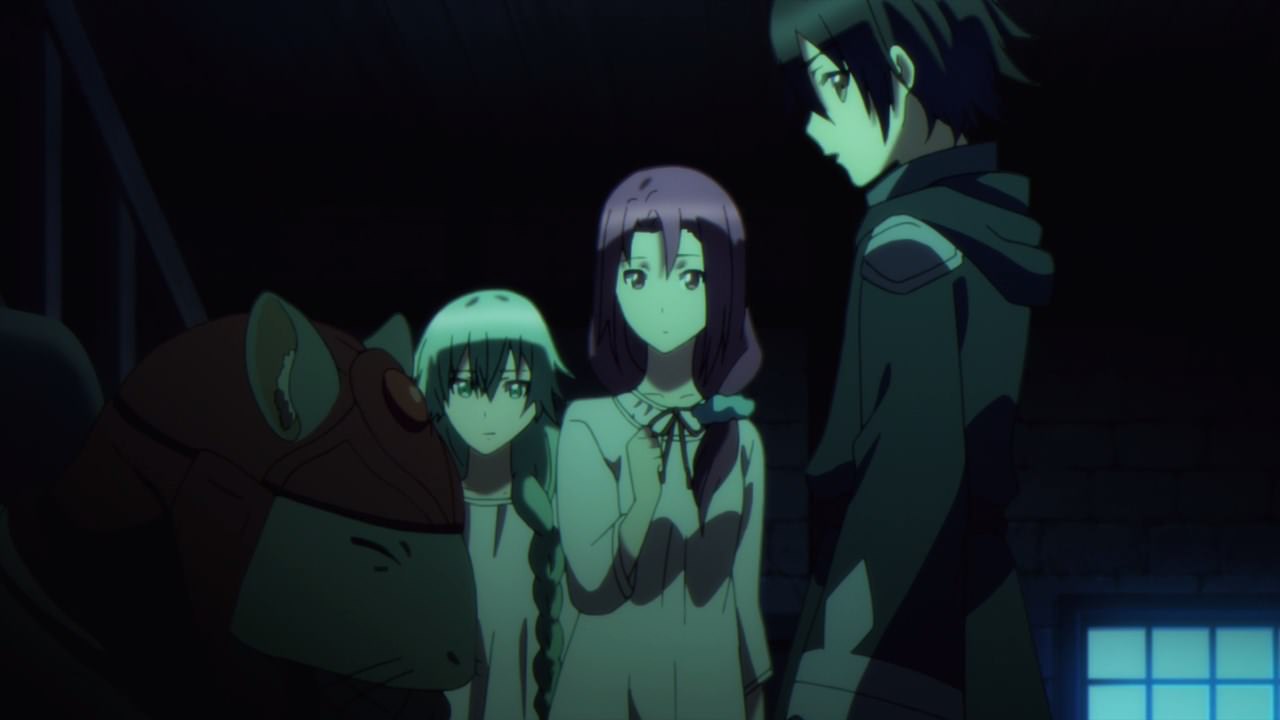 Once he gave the wererat some needed treatment, Satou carried the wererat and his package to Yusaratoya Bolenan’s shop since he doesn’t have a house yet.

While Yusaratoya Bolenan and Nadi are okay to let the wererat stay at their shop, seems that they’re curious about his package. 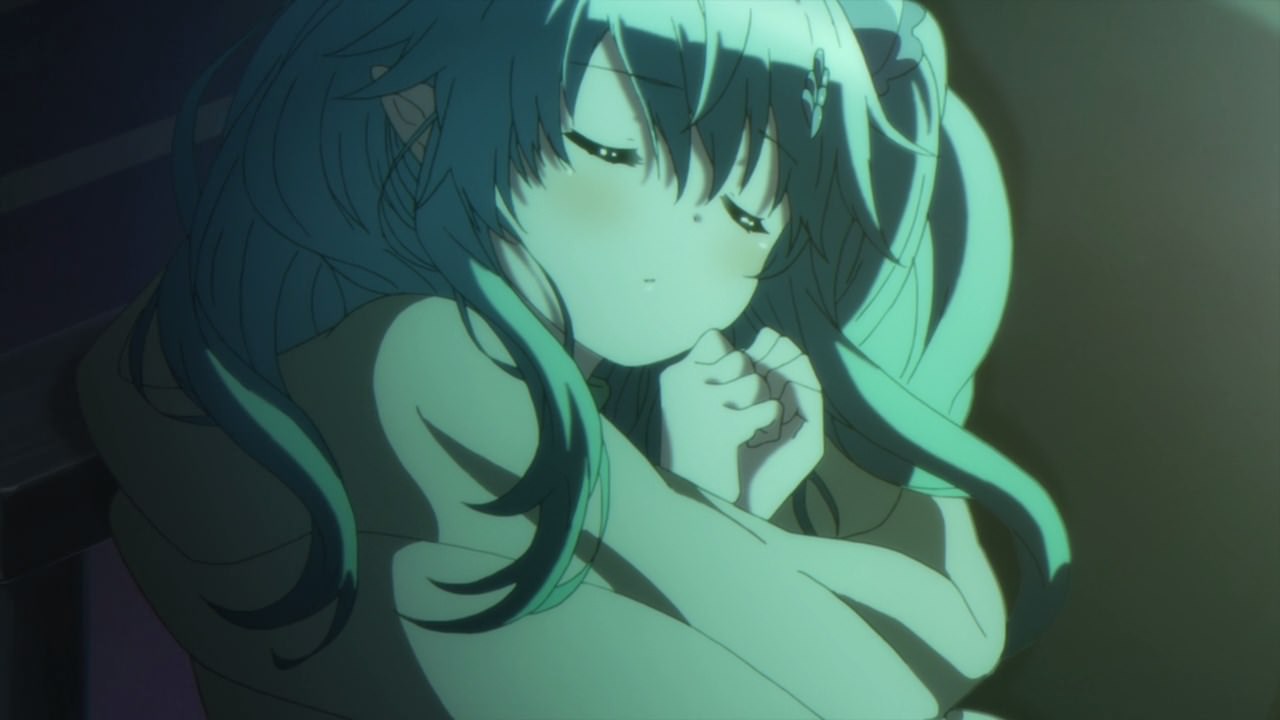 Turns out that there’s a female elf inside the package. Seems that the wererat wants Satou to take care of her but more importantly, I’m curious to see what secrets lie from this female elf.

With that said, I’ll see you next time and I’m hoping that Satou will find a house for himself and his harem!