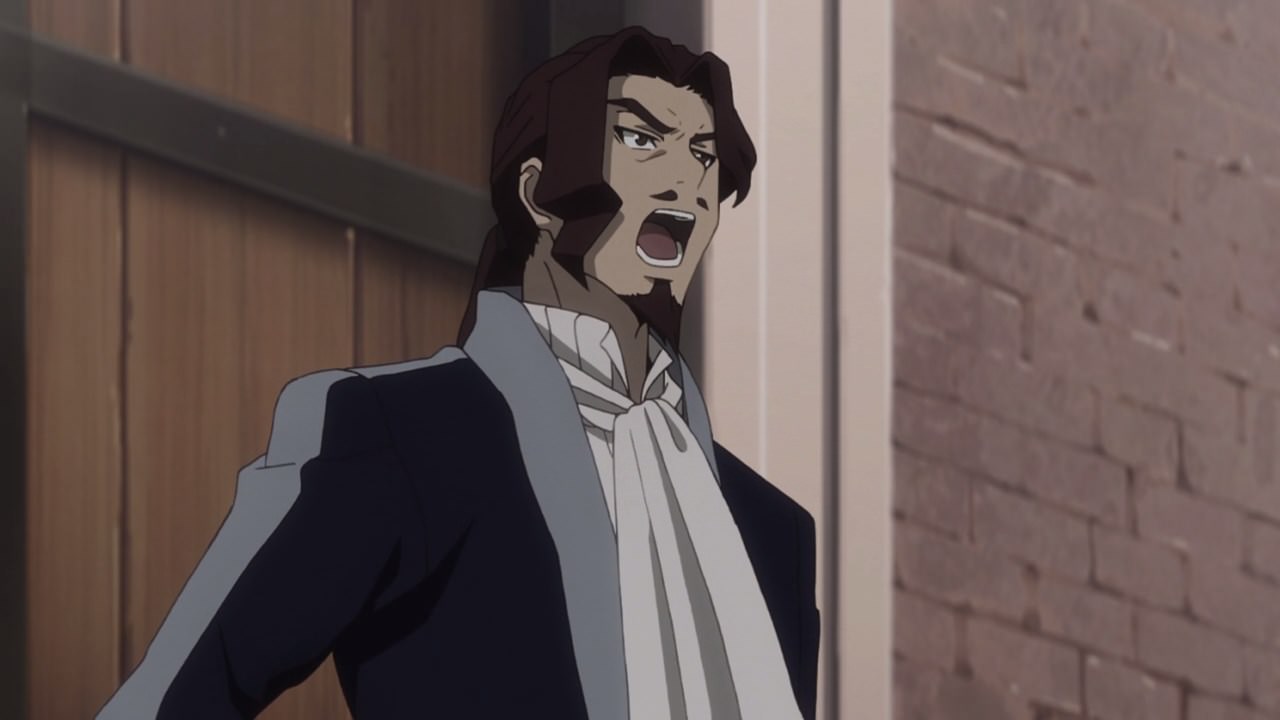 This is Ladvan Torius, a baron who has decided to offer his allegiance to Marrine Kreische in order to protect his people from Lord Lassic David and his indomitable forces.

Fortunately for Baron Ladvan, he won’t face Lord Lassic for the time being because he’s busy with other things… 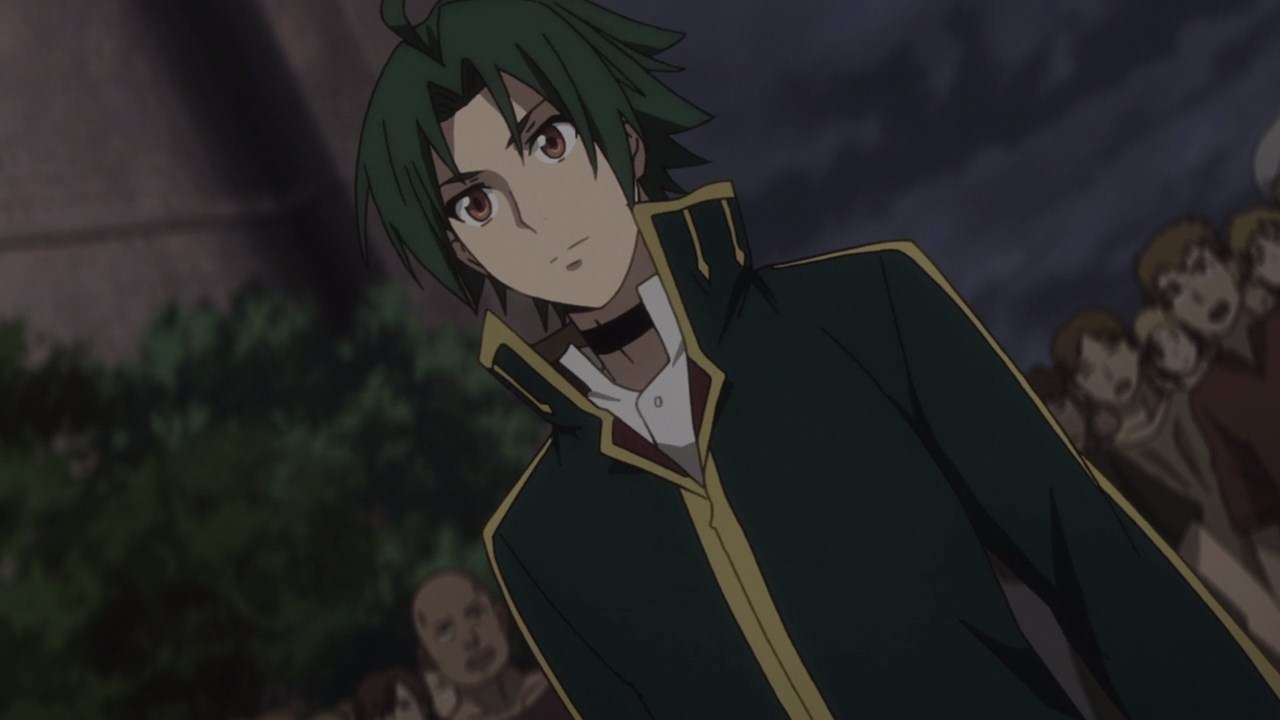 And so, Baron Ladvan will face Theo Cornaro as the young knight of Earl Villar Constance decides to take a different approach without resorting to bloodshed.

Instead of taking Ladvan’s crest and land like any other lords, Theo convince the baron to put his trust towards his people instead of his loyalty towards the Factory Alliance. After all, Theo Cornaro did that when he was a lord in which he put more time and effort on improving lives towards his people rather than himself. 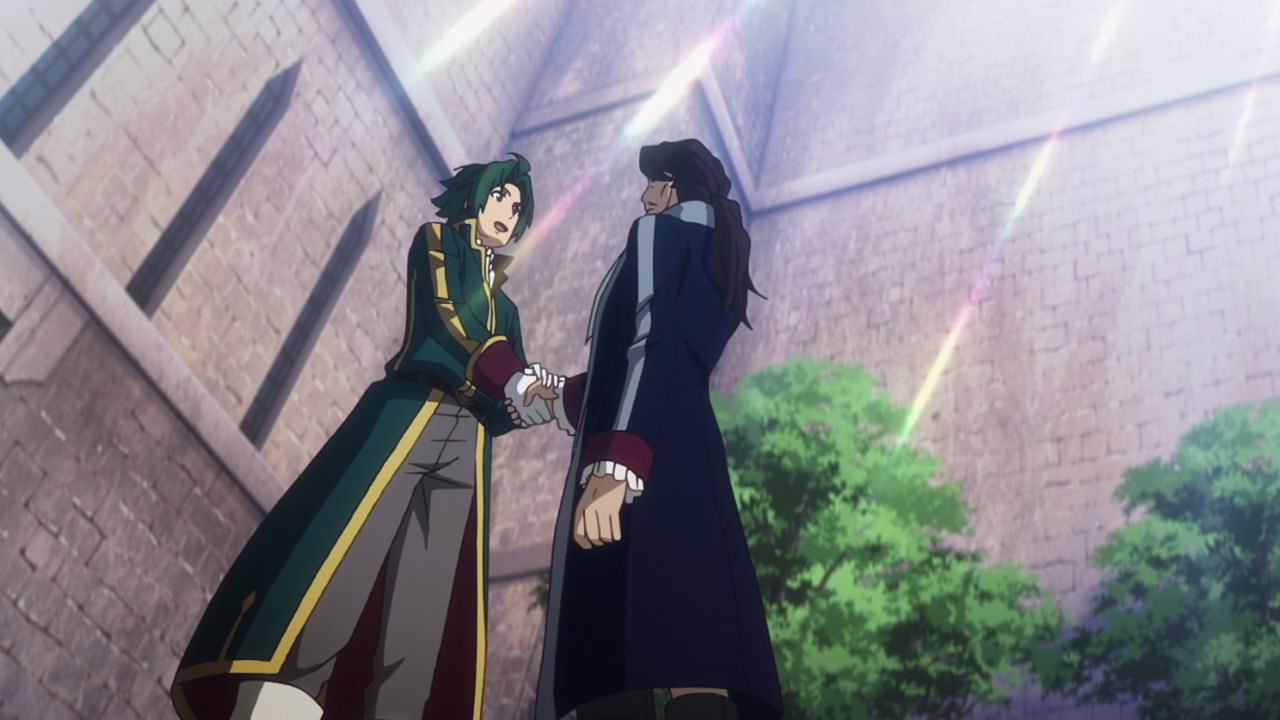 With that said, Theo Cornaro’s earnest words has not only convinced Ladvan Torius of swearing his allegiance to the Fantasia Union, but gained an ally in the process. Now that’s what I called a fine diplomacy!

Now that Theo Cornaro has finished doing business with Baron Ladvan Torius, I wonder what happened to Lord Lassic David? 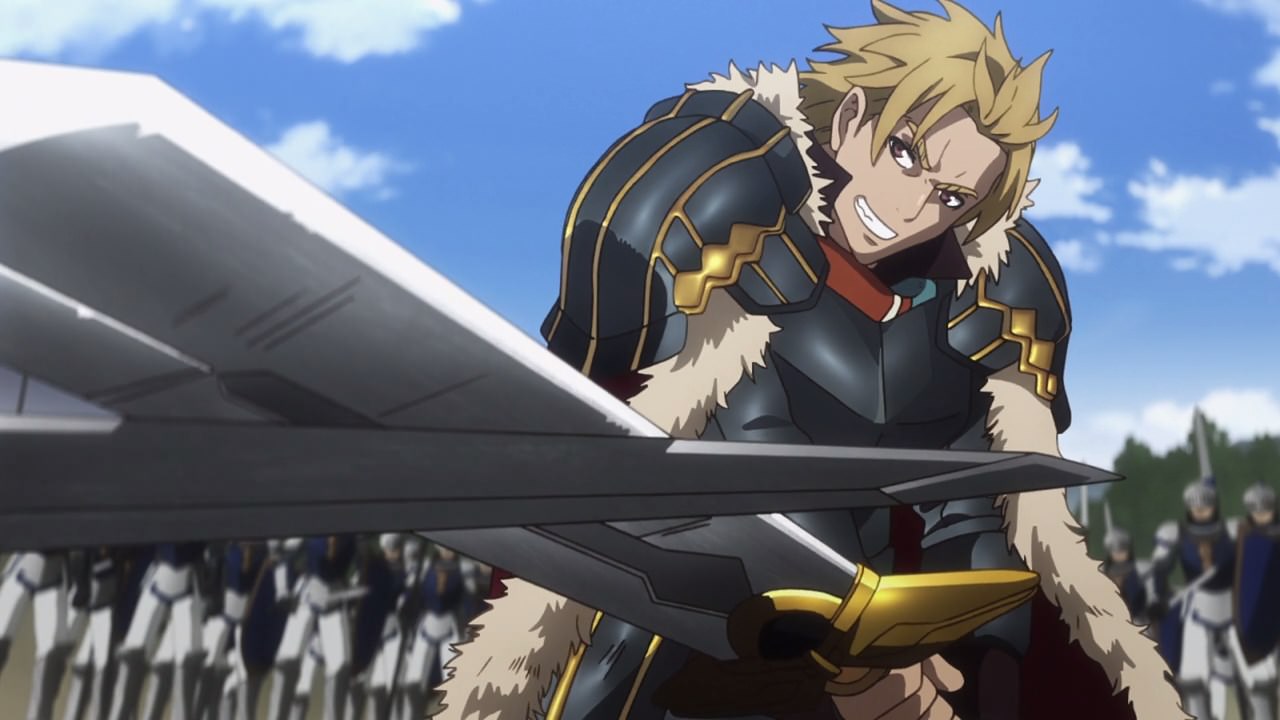 Well, Lord Lassic went to Forbes and challenged King Jericho Orlick to a duel. Gotta say that Lassic David will have an easy fight going up against the King of Forbes since he previously defeated the former king of Sievis. 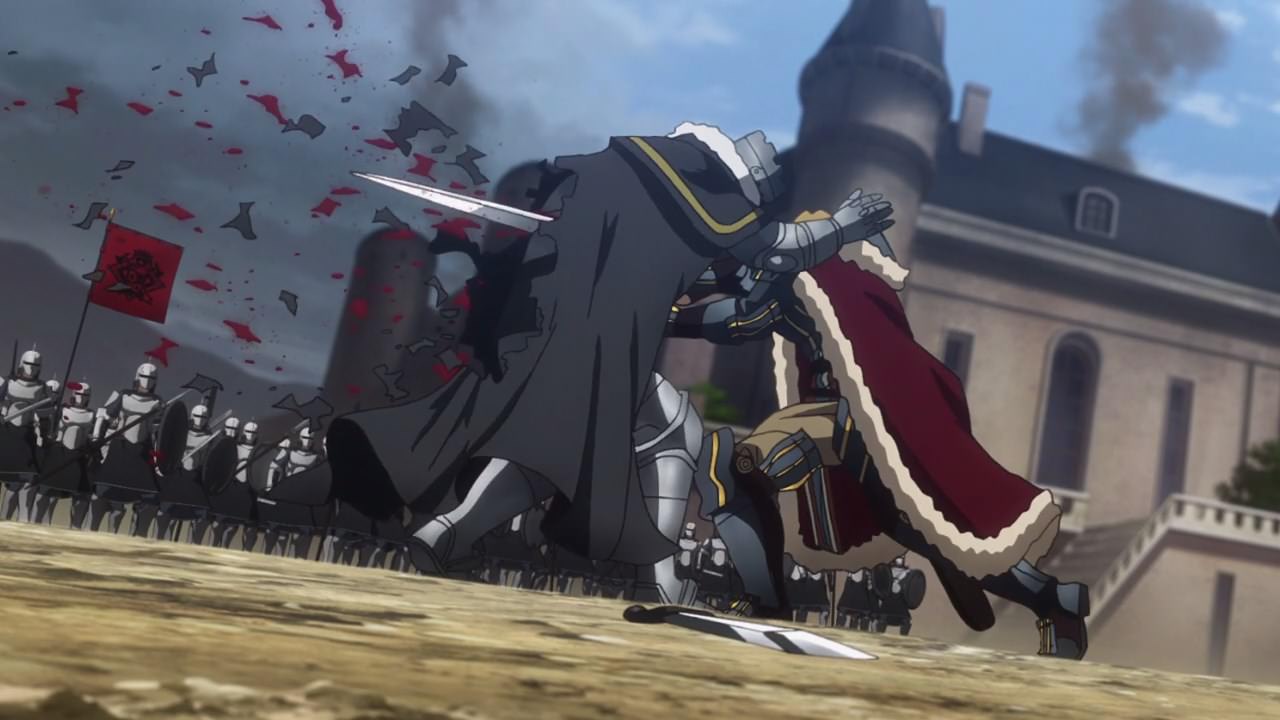 But anyways, King Jericho Orlick has died in battle when Lord Lassic David thrust his sword onto his chest. Well, seems that his chest plate didn’t stand a chance against Lassic’s sword.

With that said, the region of Forbes has been conquered by Lord Lassic David and his men is just 5 days. On the other hand, I wonder if Earl Villar Constance and his forces have conquered the Clovis region? 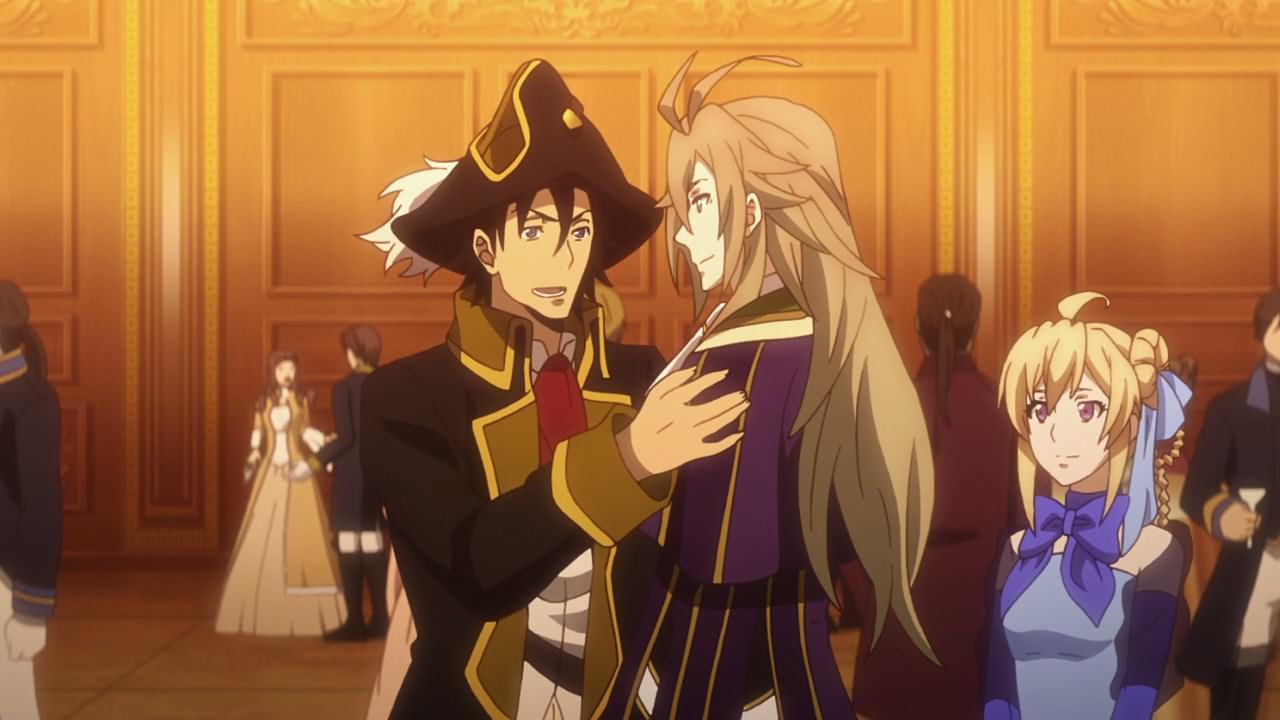 Regardless, their exploits at the Forbes region has put more leverage towards the Earl of Altirk and his allies leading up to the Lords’ Congress in Jalucia.

And here’s Earl Villar Constance as he’s joined by Siluca Meletes to meet up with the Earl of Le Couleurs named Klute Gallas. By the way, Earl Klute has some strong opinion against the Factory Alliance in which the Fantasia Union want an all-out war against the Margrave of Valdrind and her tyranny. 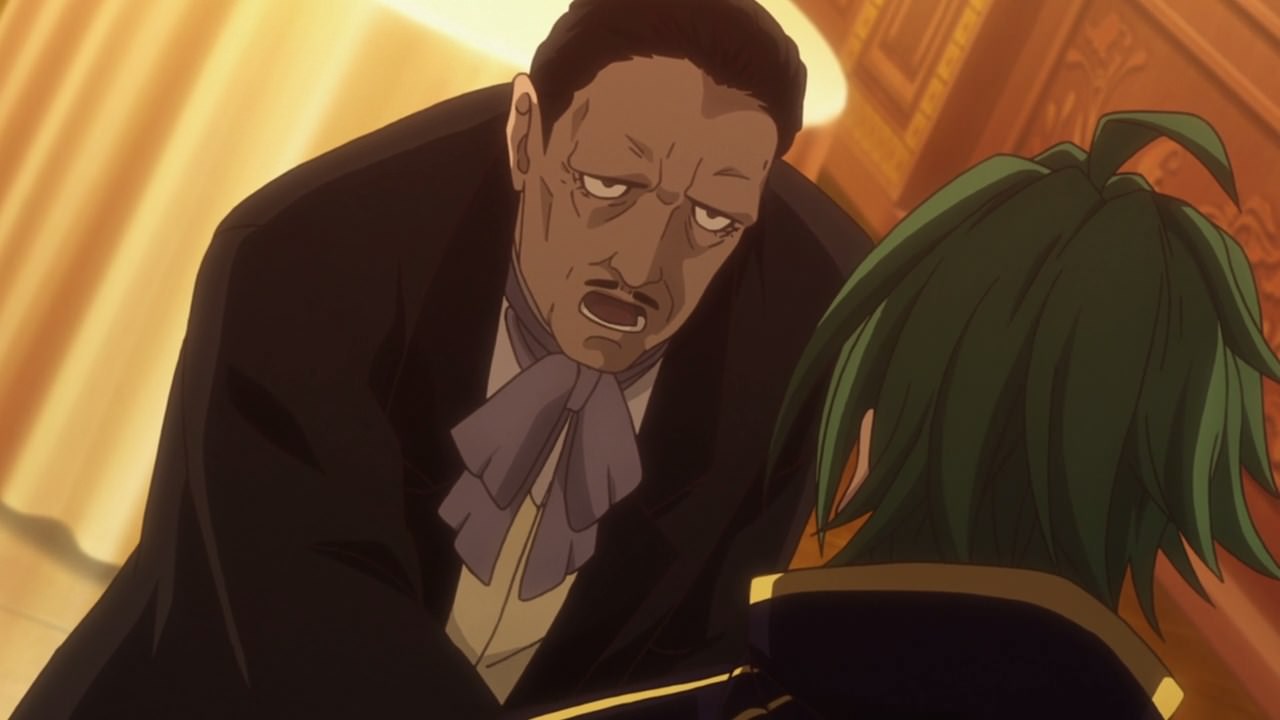 On the other hand, here’s another notable lord from the island of Sistina. That’s right, it’s Lord Pederico Rossini and Theo Cornaro considers him as a ruthless lord who ruled with an iron fist.

So anyways, Lord Pederico Rossini was surprised but disgusted that Theo has inherited the family name of Cornaro, despite the fact that the Rossini family betrayed them and took over Sistina. Also, he warned Theo not to return to Sistina as it’s connected to the demon world. 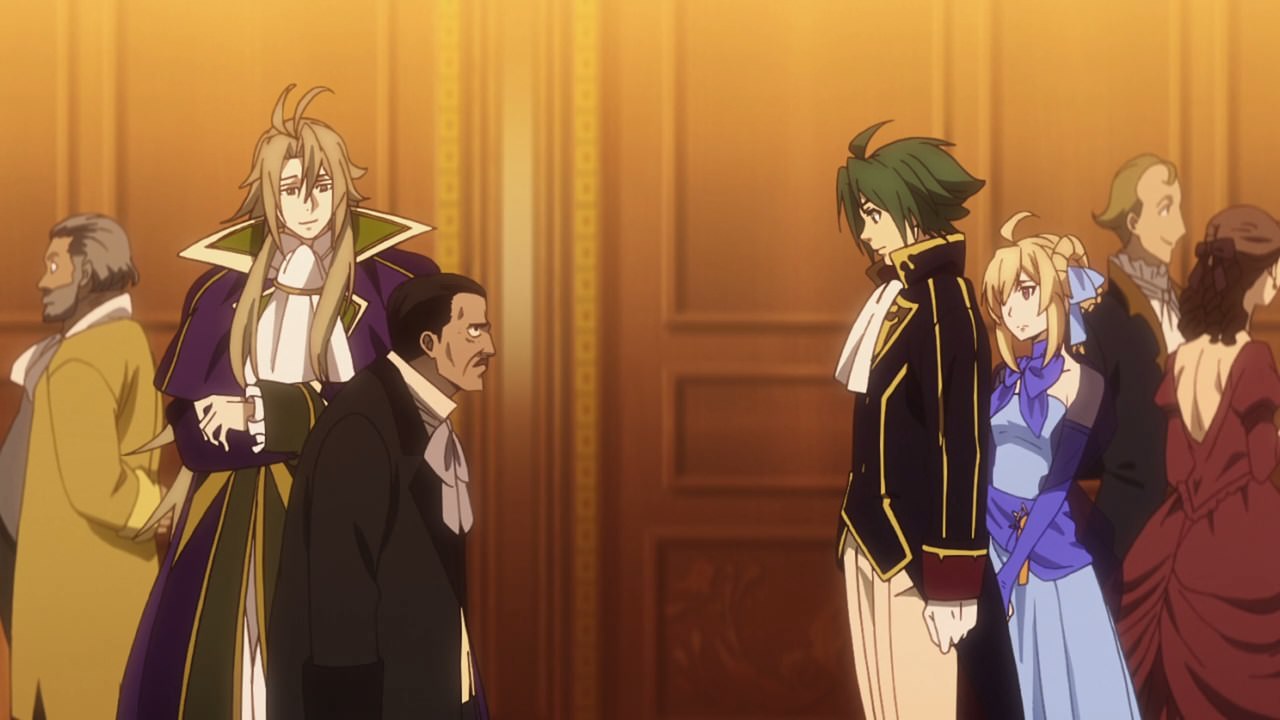 But you know what, that’s for Theo Cornaro to decide on whether to return to his homeland or not.

Of course, I’m sure that Theo will return to Sistina someday by defeating the Rossini family, but not right now because he’s serving under Villar Constance at the moment. 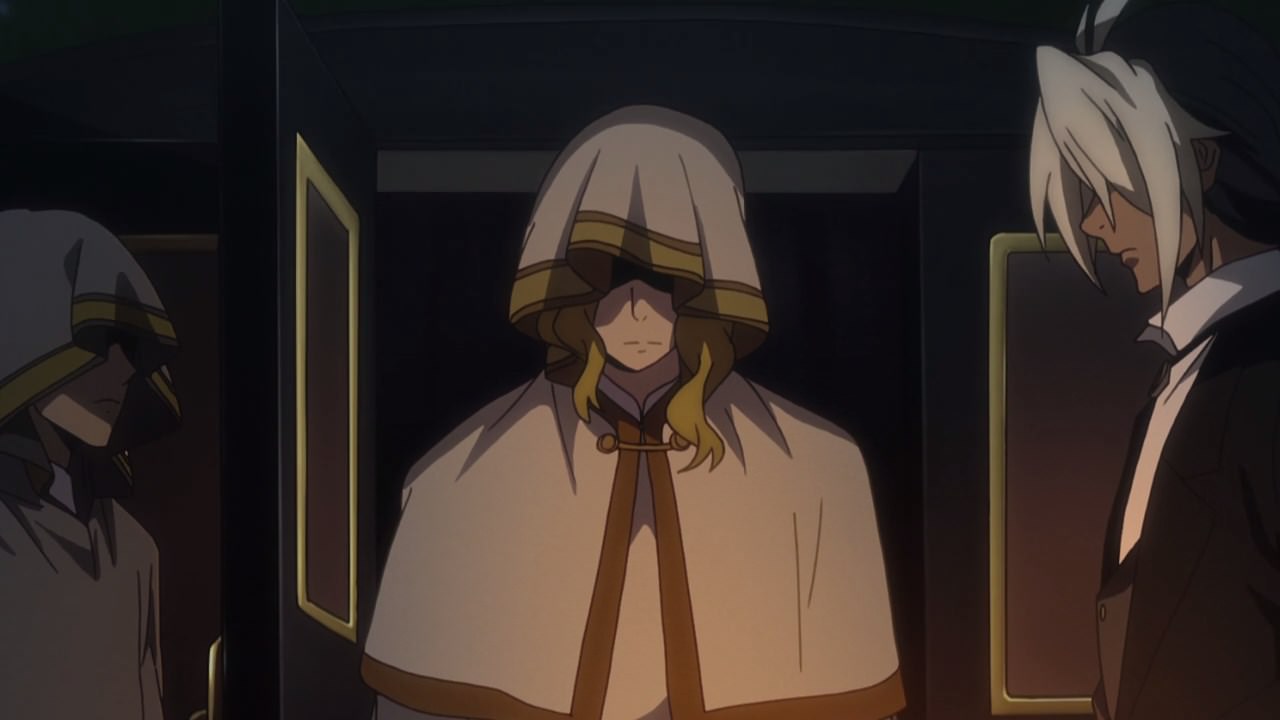 One last thing, it seems that Theo Cornaro has a secret guest and judging from his clothes and his entourage of guards, this guest is very important. 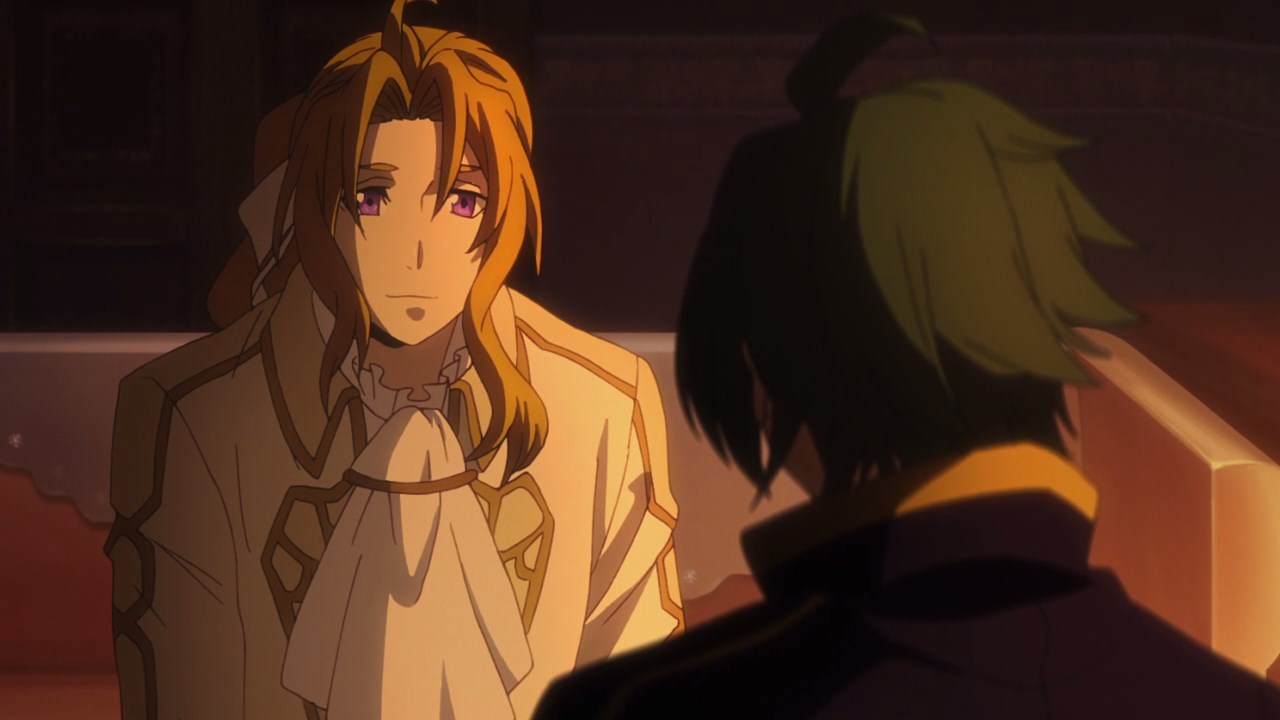 That’s because this guest is none other than the Marquis of Jalucia named Alexis Doucet, who wants to meet up with Theo Cornaro and Siluca Meletes personally since they couldn’t have a conversation at the ballroom.

Anyways, Alexis was impressed by Theo’s effort on keeping Siluca to his side in exchange for his court rank and the entire region of Sievis to Lassic David. Because of that, Marquis Alexis Doucet wanted to sacrifice his court rank and land just to be with Marrine Kreische, who is still mourning towards her father ever since the Grand Hall Tragedy happened a few years ago.

Of course, he couldn’t do that at the moment as the Marquis of Jalucia is needed for the upcoming Lords’ Congress, but Marquis Alexis is happy to meet with Theo Cornaro on this occasion. 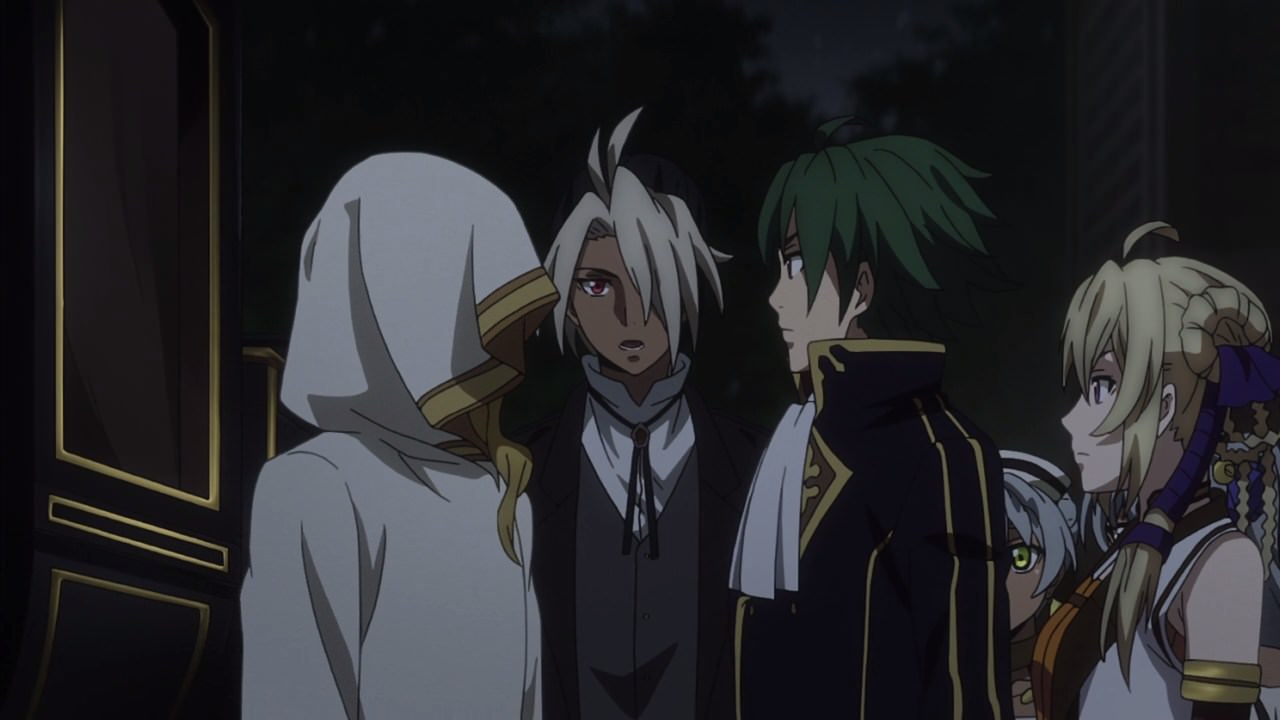 For now, the Marquis of Jalucia will take his leave but Irvin alarmed both Alexis Doucet and Theo Cornaro that there’s an enemy nearby… 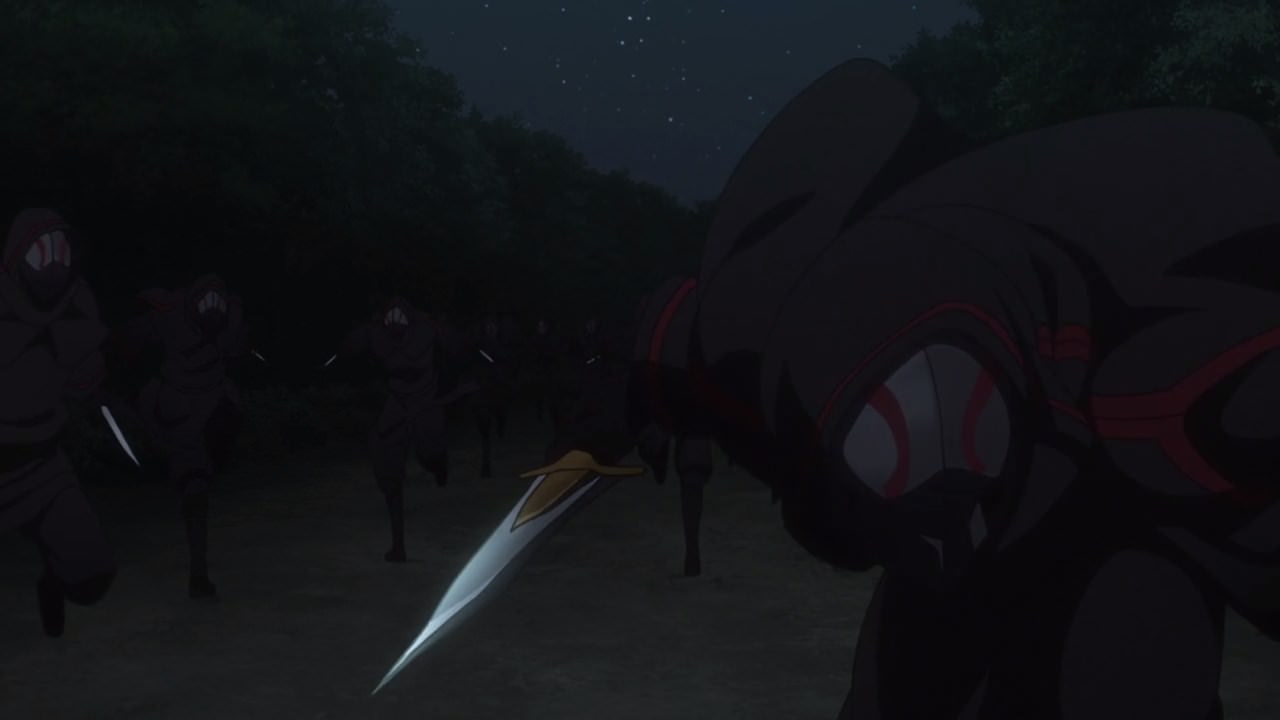 And it turns out that a group of assassins have arrived, but what do they’re aiming for? The Marquis of Jalucia or someone else? 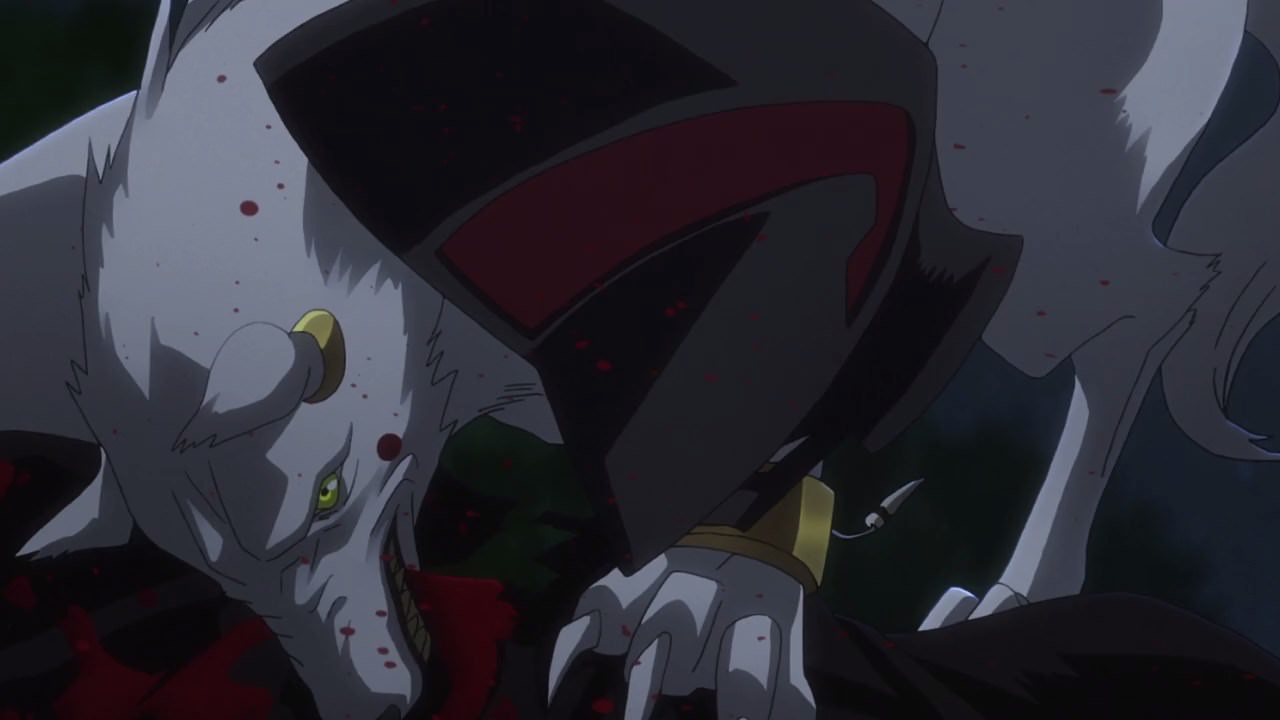 Regardless, Theo Cornaro and his allies retaliated against the assassins and protected Marquis Alexis Doucet from being killed because he’s an important figure to the Union. 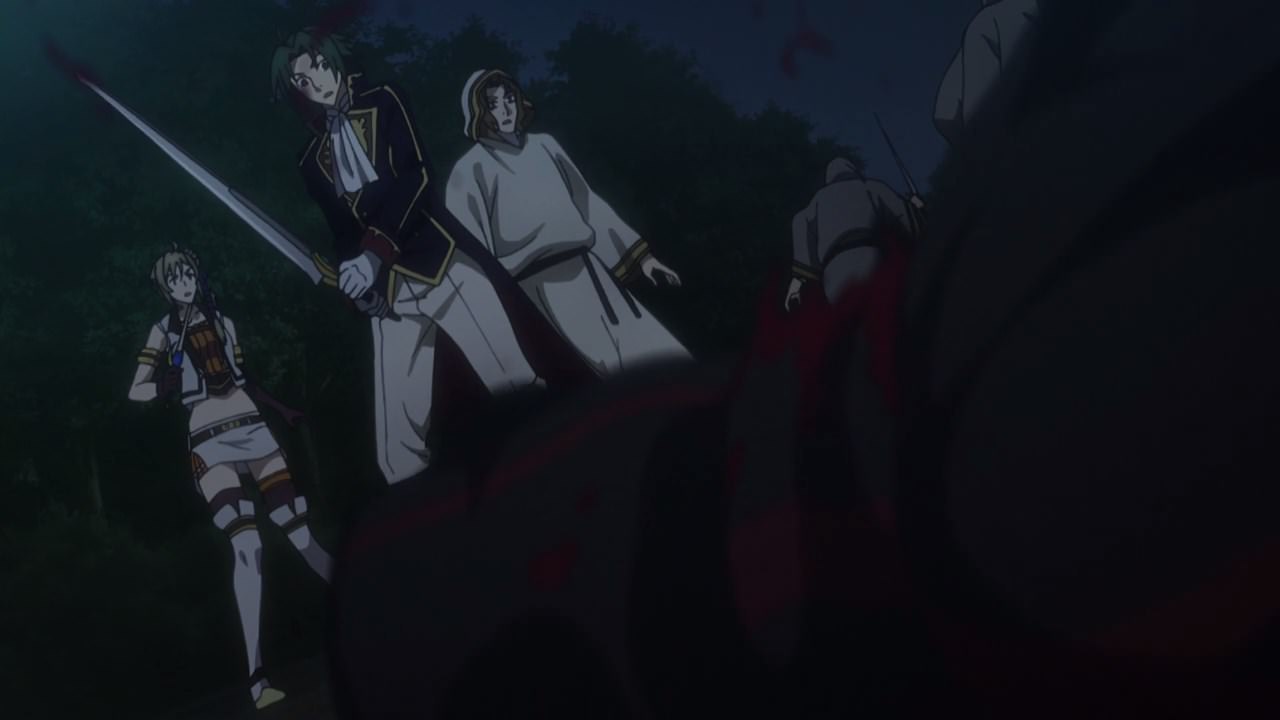 On the other hand, Theo Cornaro noticed something from one of the slain assassins. 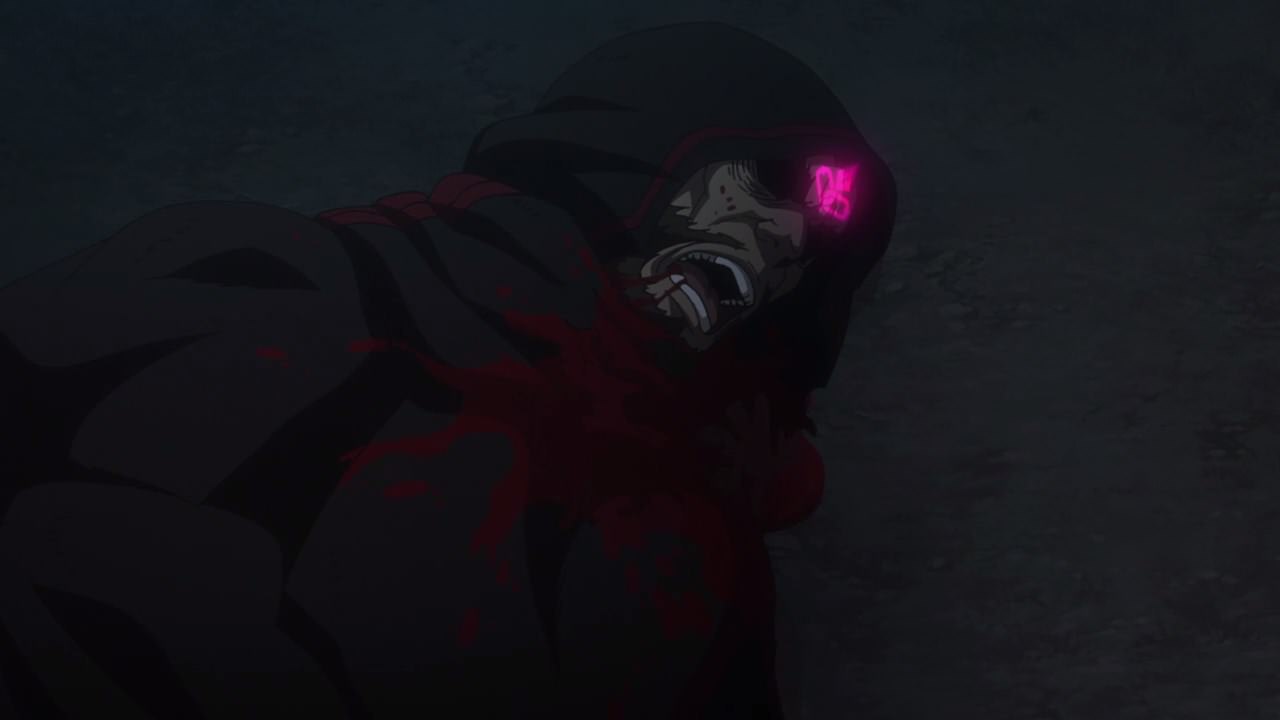 It appears that they have a crest on their foreheads called Omerta, which turned out to Lord Pederico Rossini’s personal flag.

Now, things are starting to make sense as these assassins are targeting Theo Cornaro since Pederico Rossini considers him as a threat to his rule. 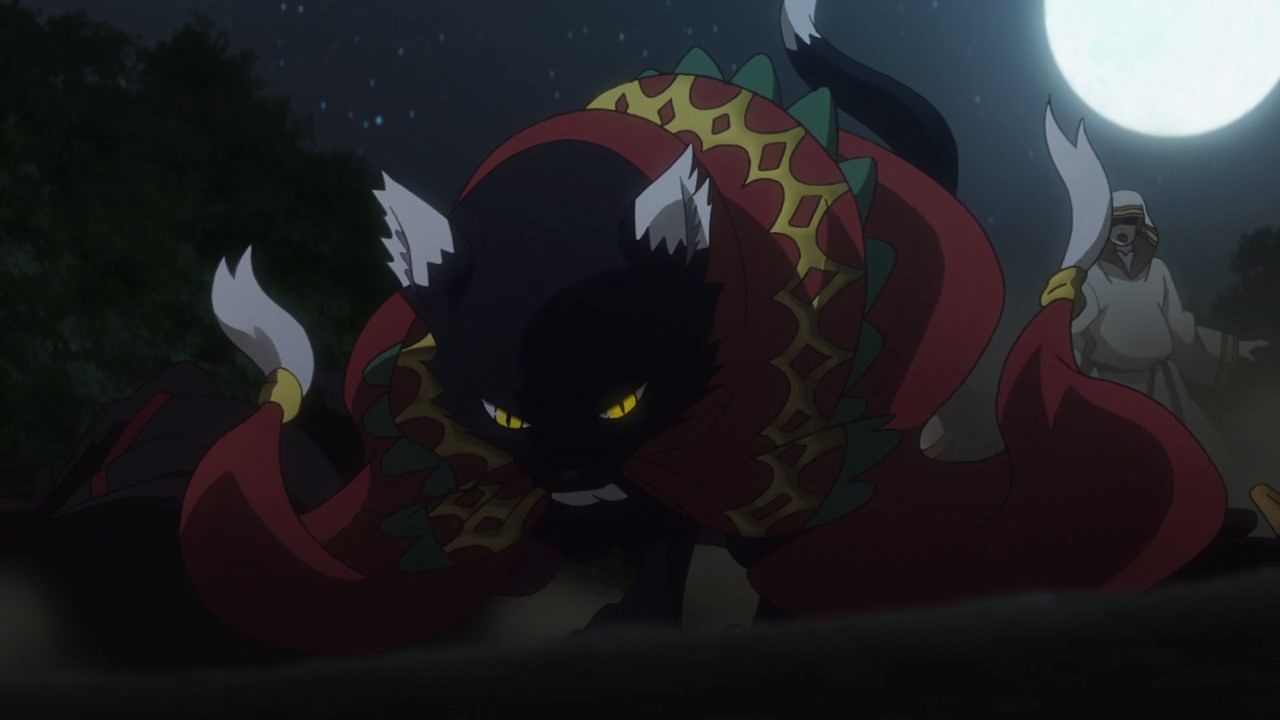 One last thing, here’s Sir Balgary as he came out from Siluca’s shadow to protect her from these assassins. Glad to see him back after his last appearance from Episode 2.

With that said, the assassins are defeated and Marquis Alexis Doucet is safe as he takes his leave. Of course, Lord Pederico Rossini’s involvement on assassinating Theo Cornaro will be put into question since the Marquis of Jalucia is also involved to one of his schemes. Because of that incident, I bet that the Rossini family will be expelled from the Union, but I doubt that Pederico Rossini will be kick out so easily.

Anyways, I’ll see you next time and I feel that things won’t go well within the Fantasia Union.