And now, here’s another yuri moment from Yuzu and Mei Aihara. Instead of studying for the upcoming mid-term exams, they decided to kiss and fondle each other. After all, this is a yuri anime series! 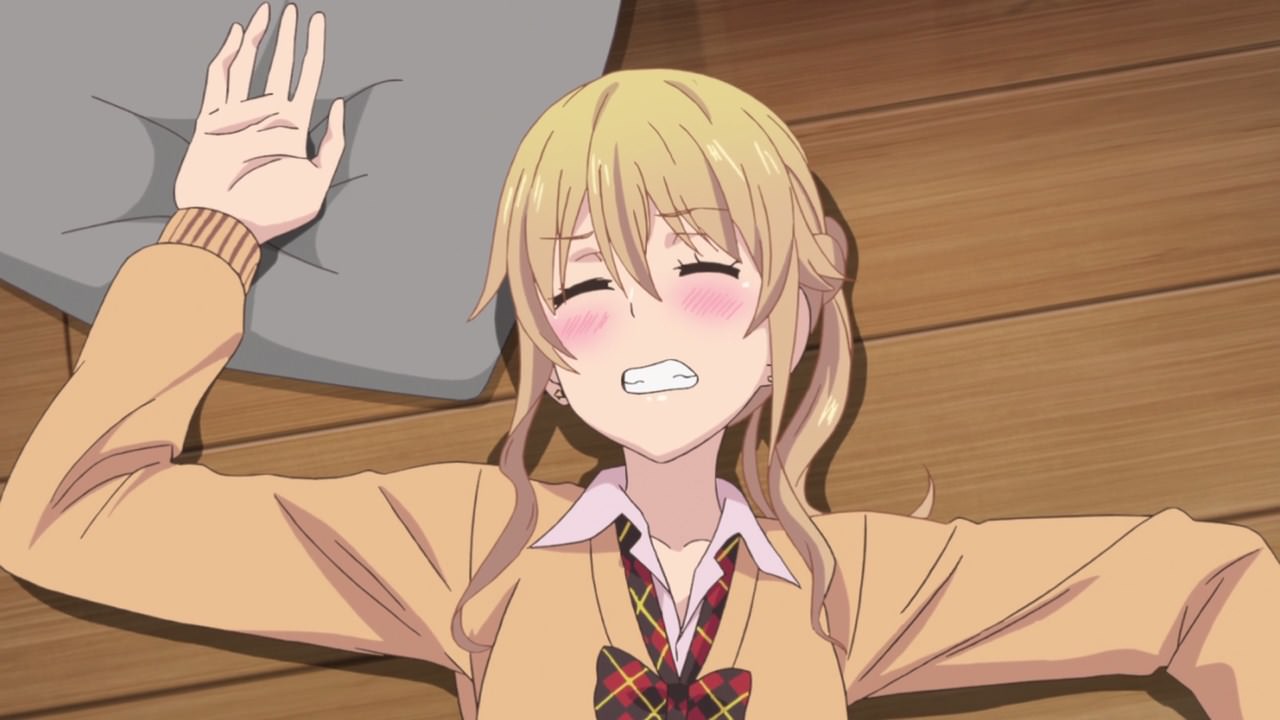 Unfortunately for Yuzu, it’s all just a dream as she woke up after taking a short nap. So much for her sisterly bonds with Mei. 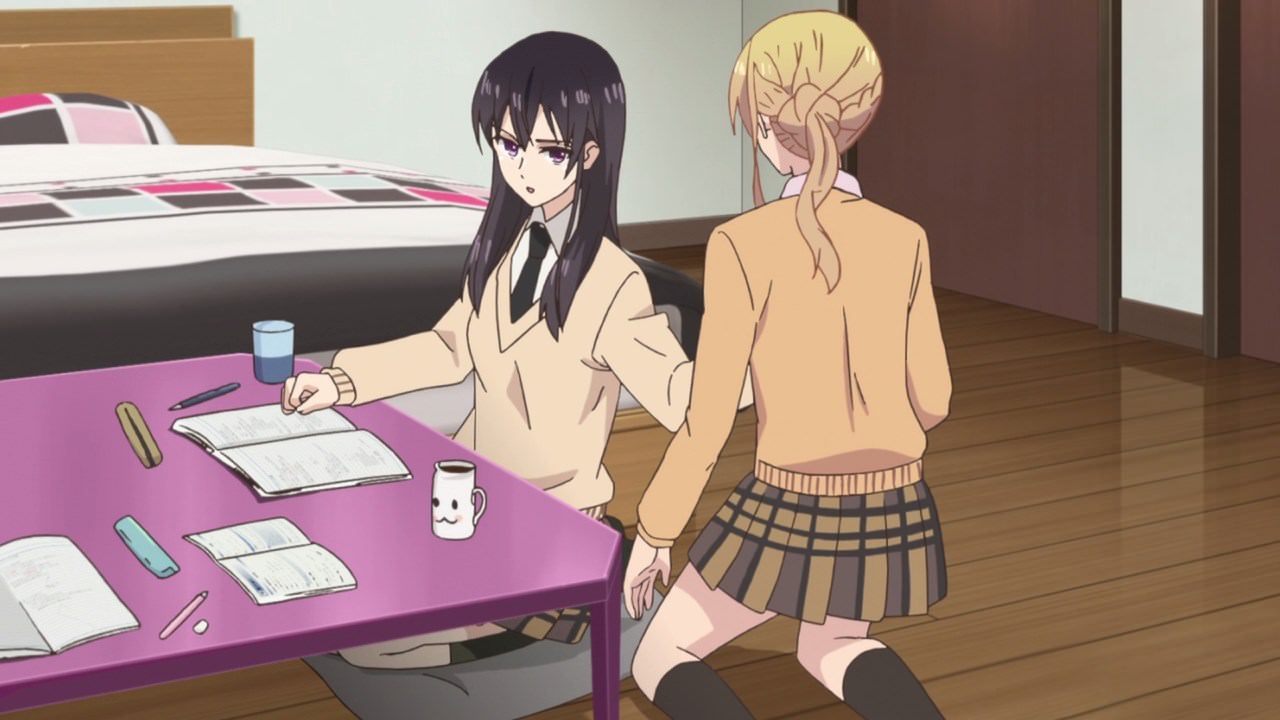 And speaking of Mei, Yuzu asked her about that kiss from last week’s episode. Well, she’s just toying with Yuzu’s feelings and besides, they can’t love each other because they’re step-sisters. 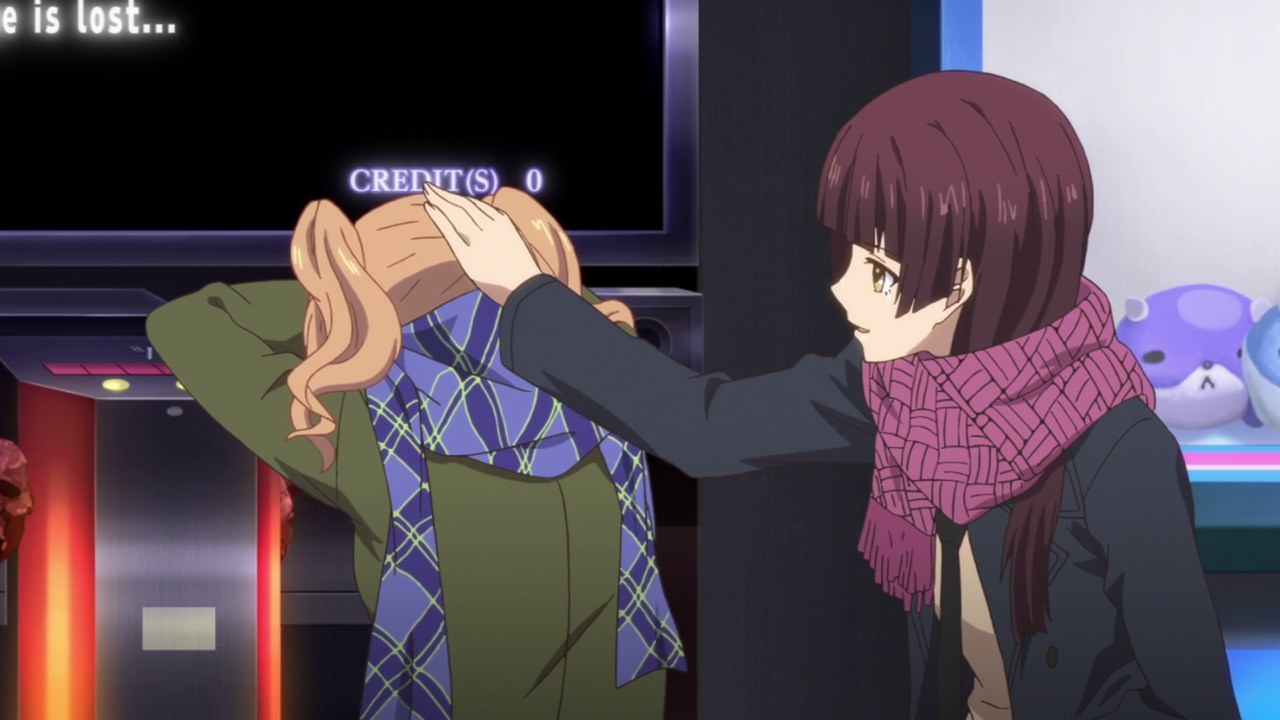 Because of what Mei said to her, Yuzu felt depressed that she went to the arcades with her gal friend Harumi Taniguchi.

Glad that Harumi is comforting her fellow gal companion Yuzu. Then again, I don’t think that Harumin is in love with her best friend. 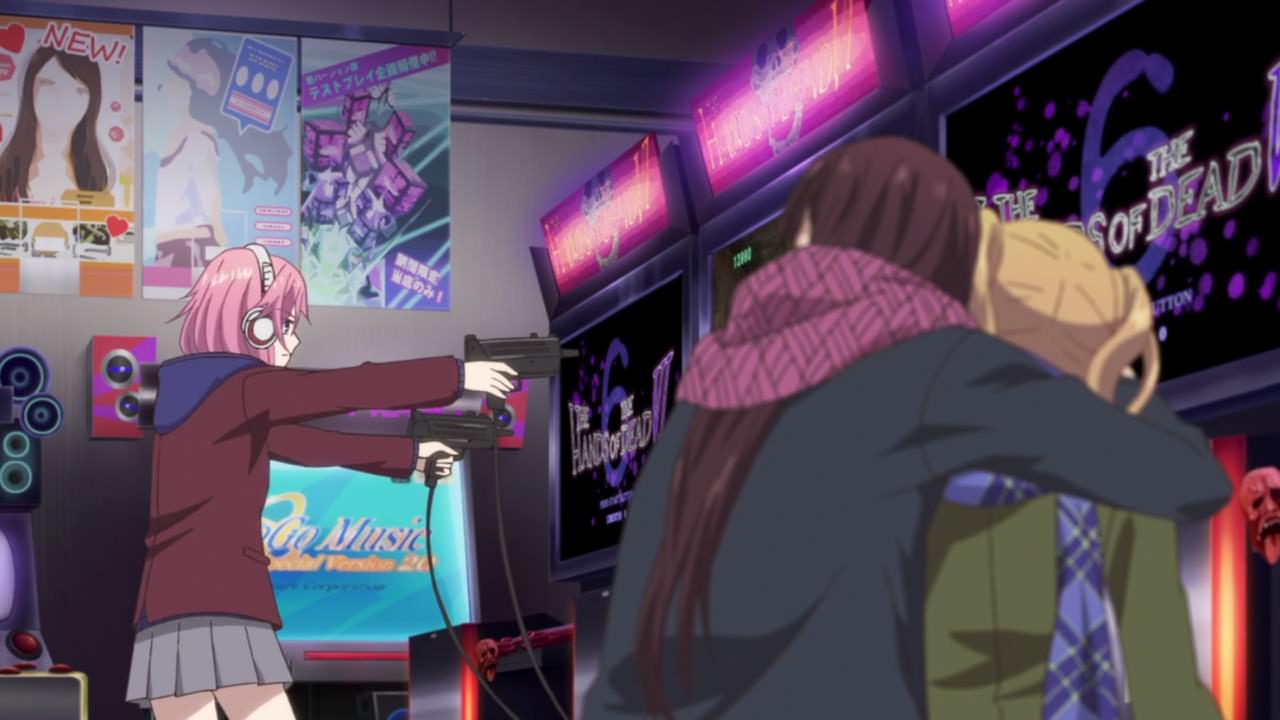 In any case, Harumin told Yuzu to cheer up and be like this pink-haired girl over there who’s carefree. 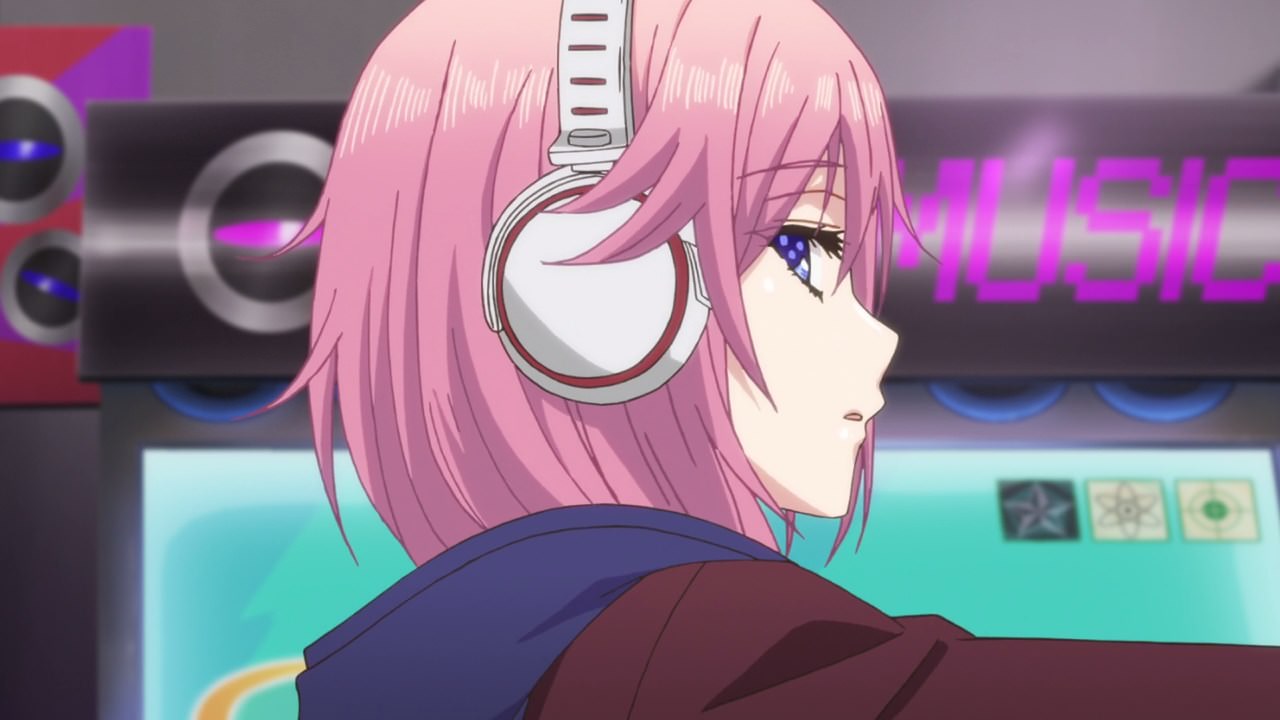 Said carefree girl turned out to be none other than Yuzu Aihara’s childhood friend Matsuri Mizusawa. Well, it’s a coincidence that Matsuri would lay her eyes onto Yuzu. 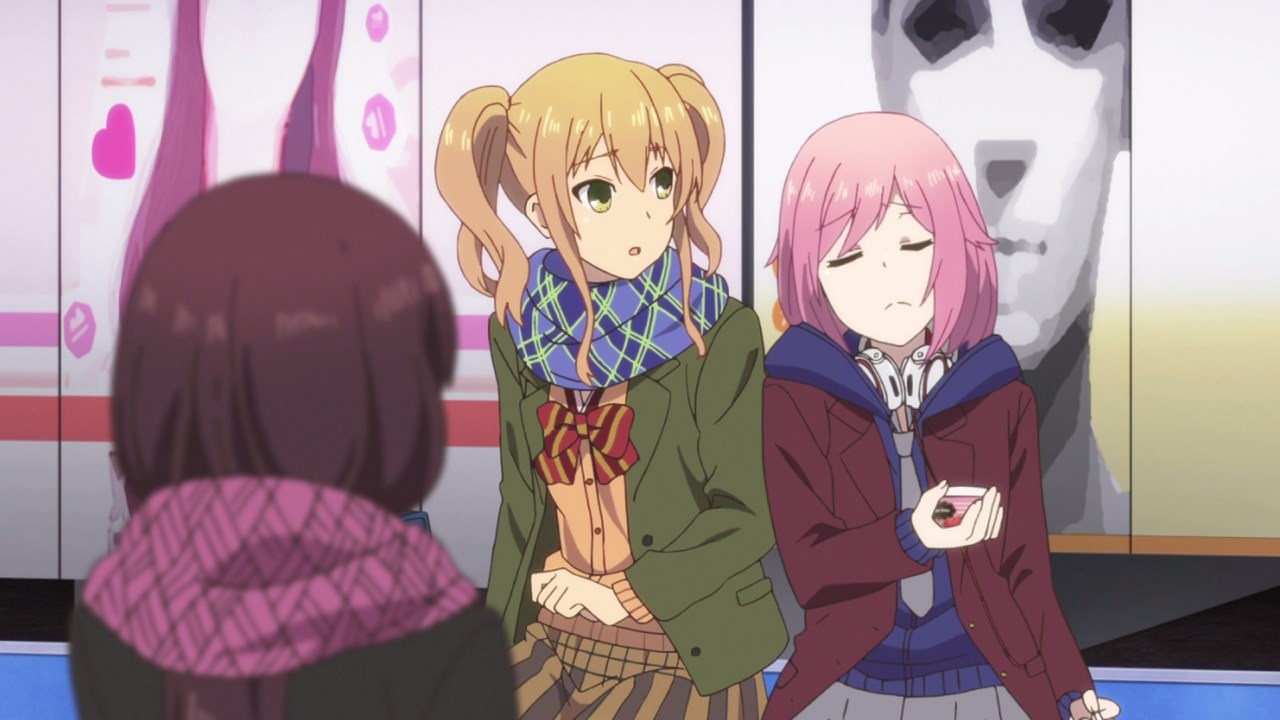 But anyways, she’s happy that Yuzu has returned to her as Matsuri told about her old times spent with Yuzu, as well as her recent endeavors like compensated dating where she’ll get paid in exchange for masturbatory pictures.

Really Matsuri, compensated dating or enjo kousai is dangerous that you might turn into a slut! Well, Matsuri has already become a bonafide slut since she always sells herself to anyone, including dirty old men in exchange for money. 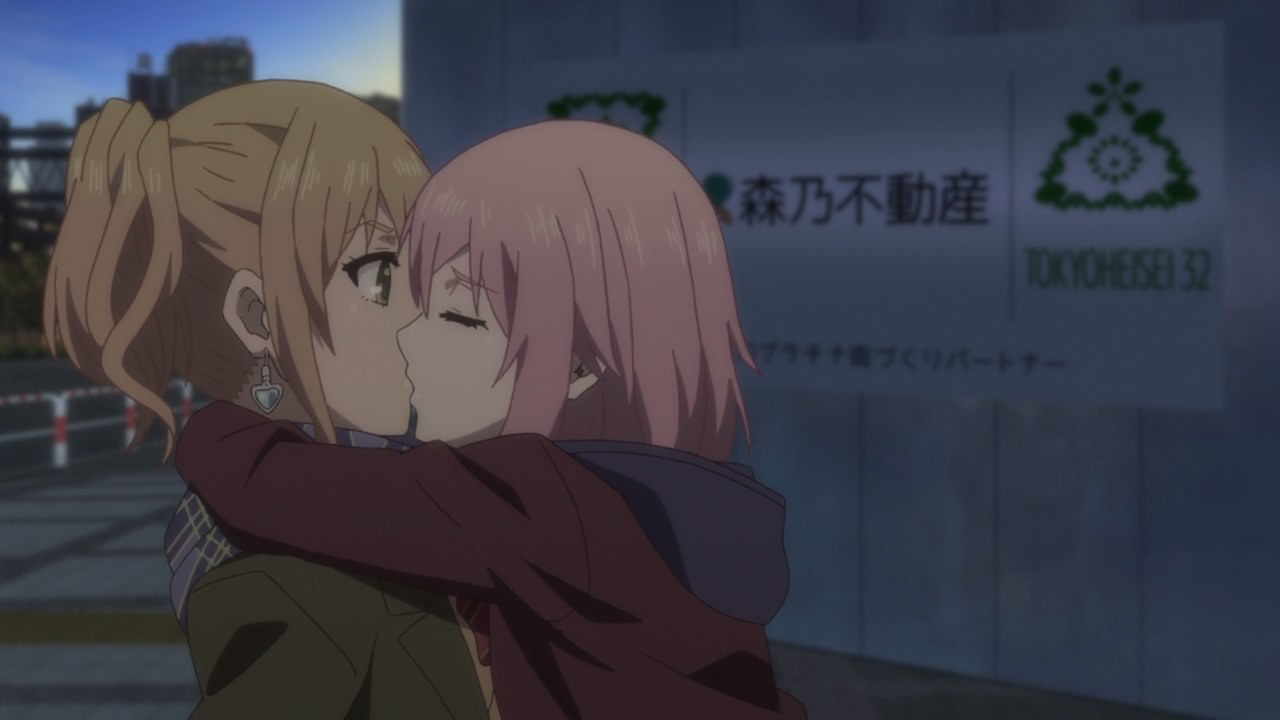 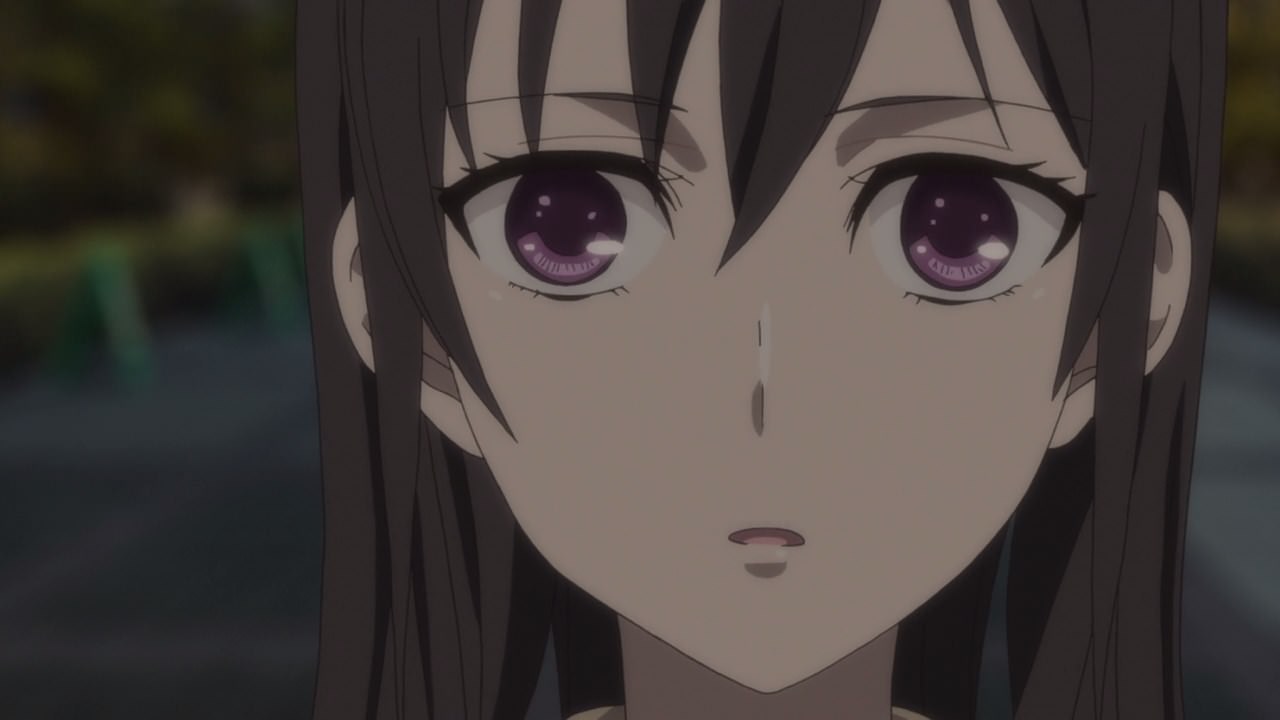 Also, it seems that Matsuri Mizusawa is in love with Yuzu Aihara. Well, the sexual kind as she wants to do dirty things to her childhood friend.

Hell, she even kissed Yuzu at some street in which Mei saw it, just to spite Yuzu’s step-sister! Seriously, is this Netsuzou Trap all over again because the netorare genre is nothing but bullshit. 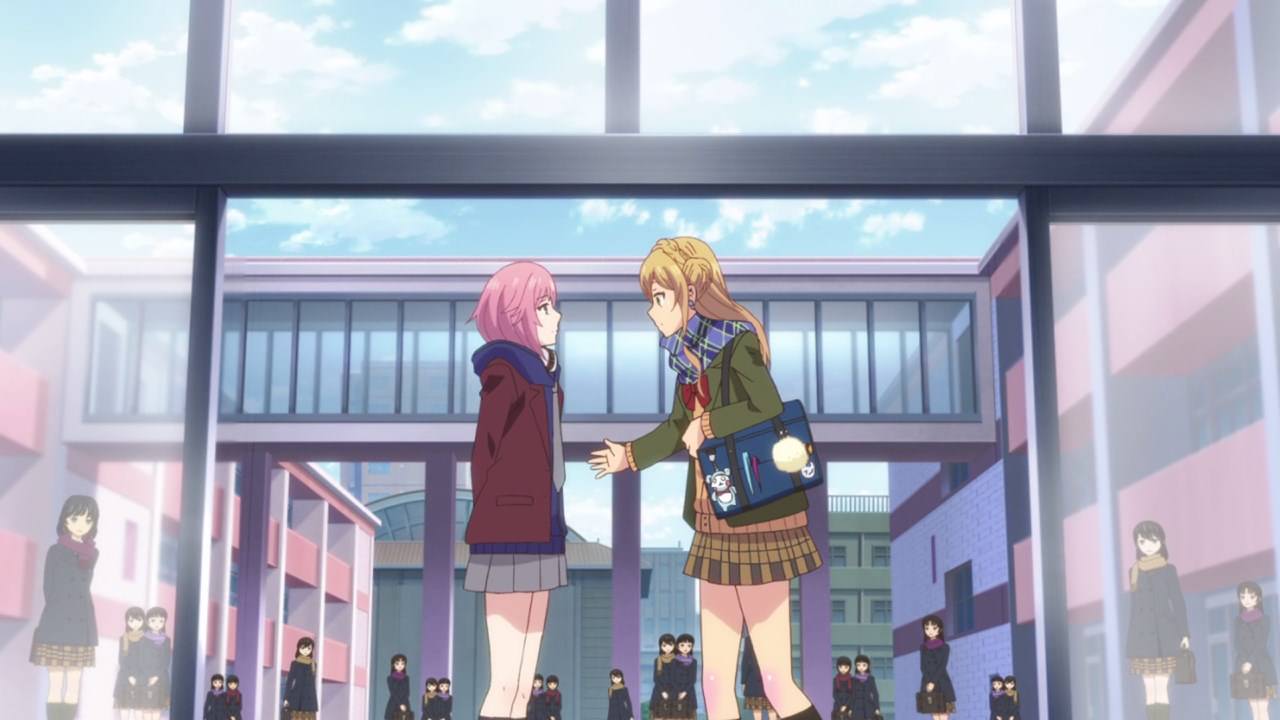 Anyways, Matsuri went to Aihara Academy the next day as she wants to invite Yuzu and ditch class altogether.

Um Matsuri Mizusawa, you know that trespassing is prohibited unless you got permission. 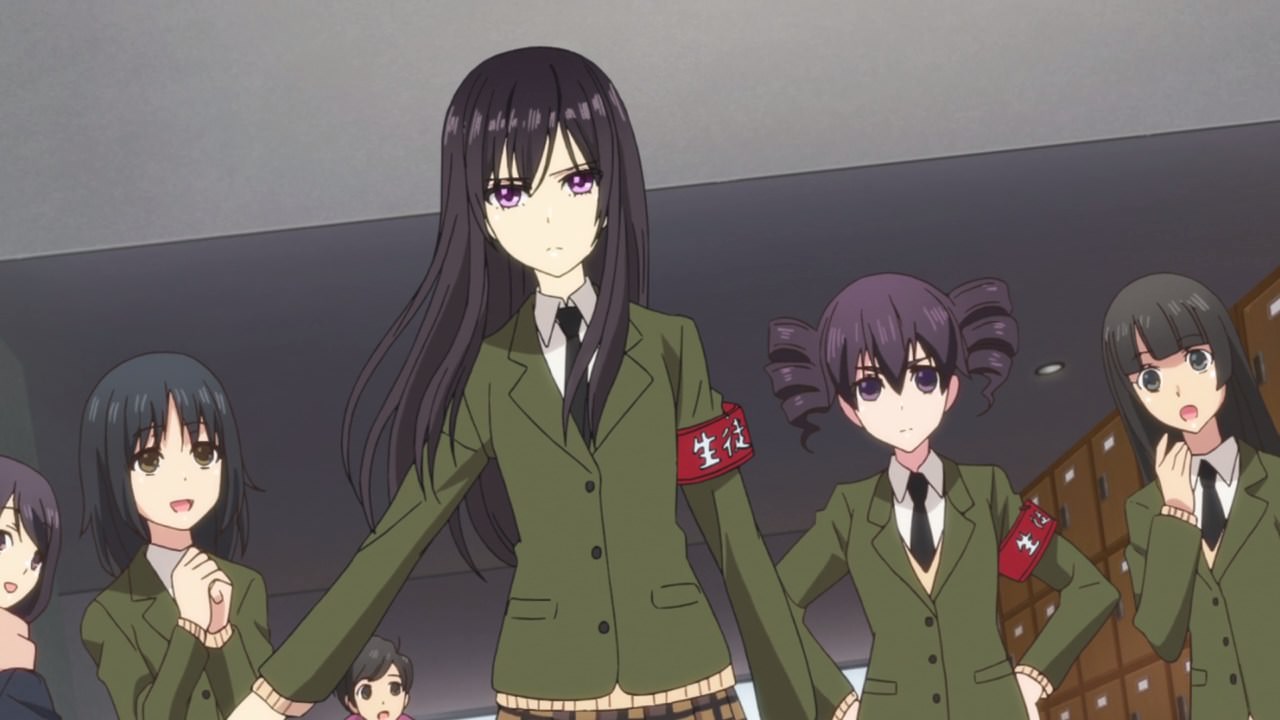 With that said, Mei Aihara and the school council has arrived to tell Matsuri that she broke the school rules and must take her leave right now. 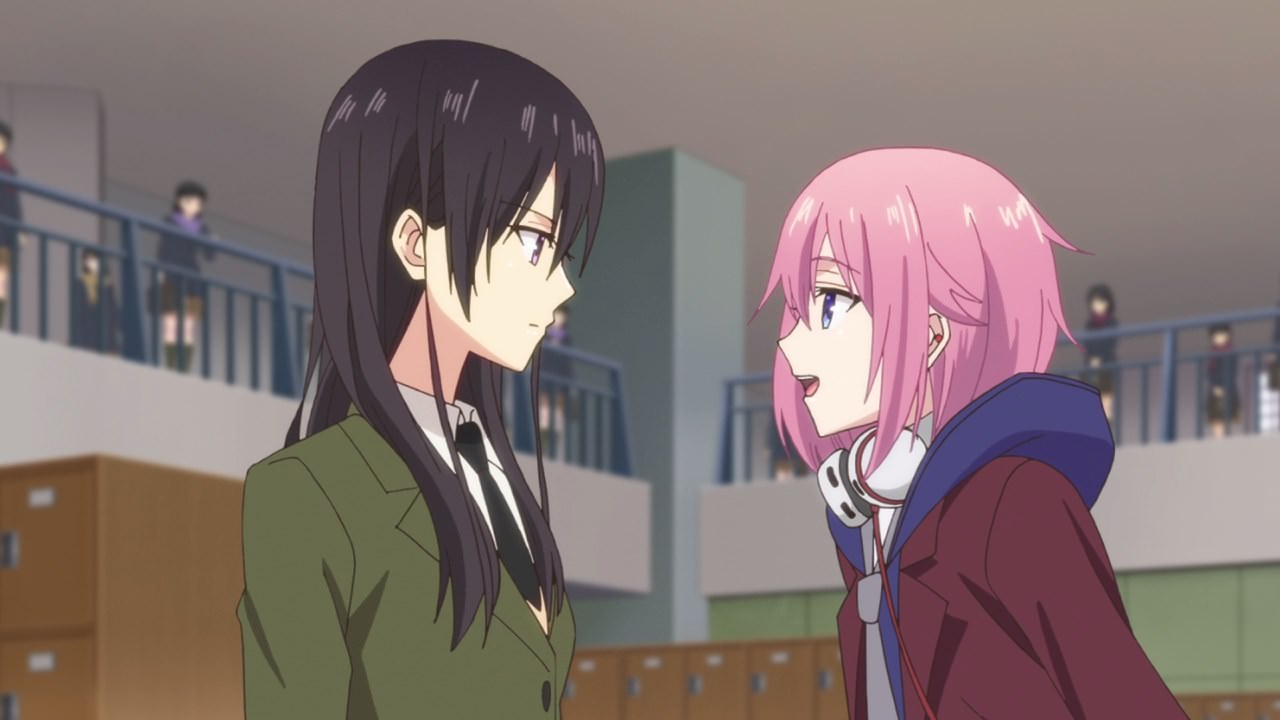 However, Matsuri told Mei that she’s stiff and empty, always complying with the school rules all the time. Well, Mei is a student council president and she’s following the rules.

With that said, seems that Matsuri will try to ruin Mei’s life just to take Yuzu back to her. Anyways, I hope it doesn’t get worse on the next episode!