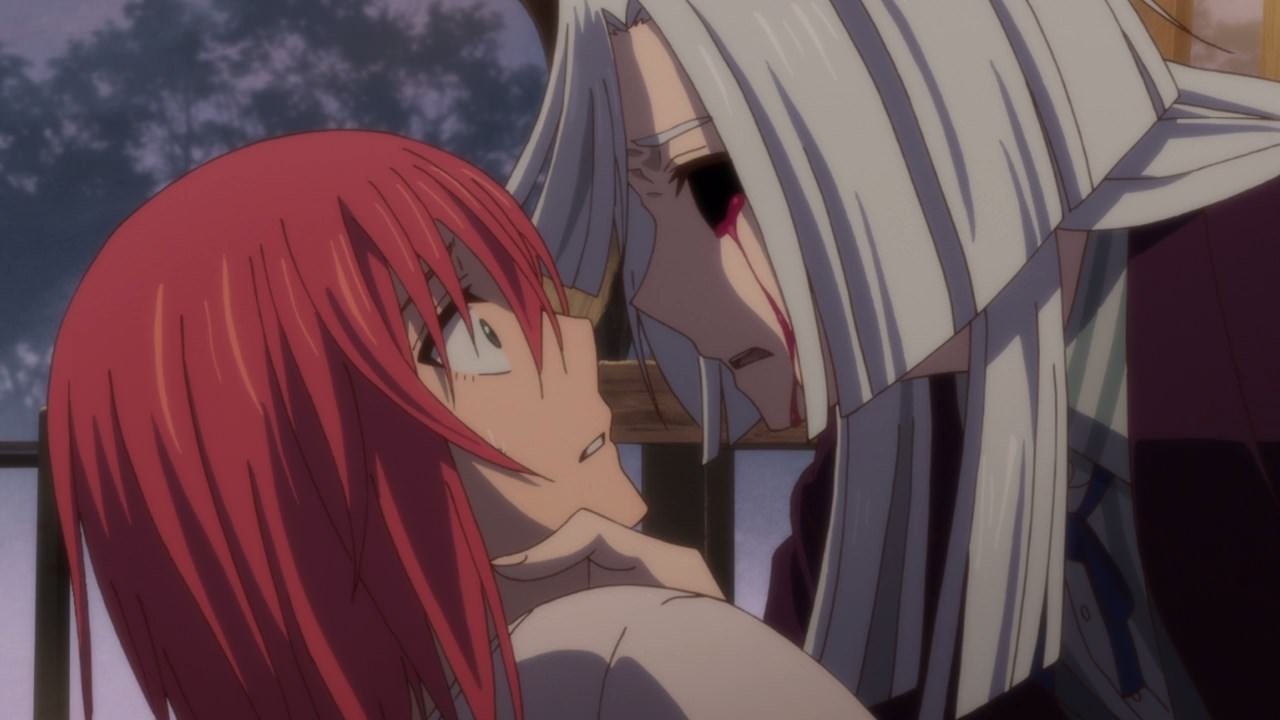 Well, this is not a good way to start this episode as Chise Hatori encountered Joseph or Cartaphilus, and damn that was scary when she saw that bloody face of Cartaphilus! 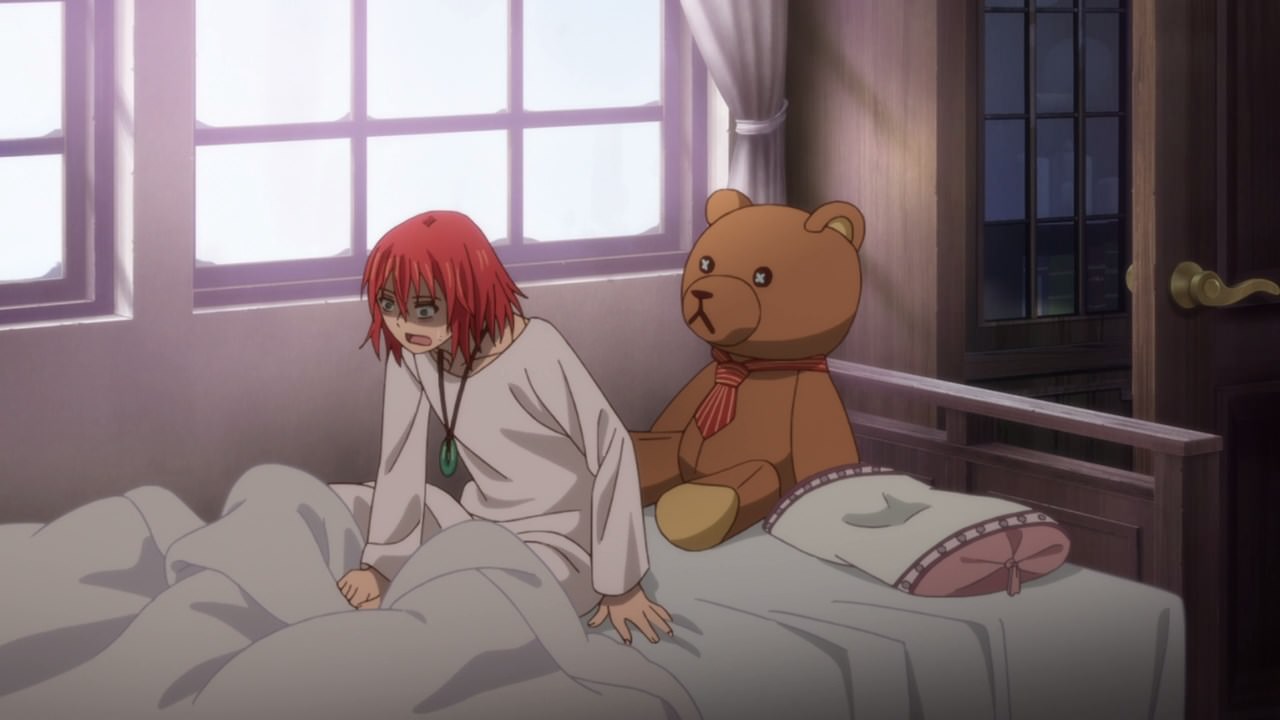 Then again, it’s all just a dream… and a bad one at that. I have to say that Chise almost got a heart attack there. 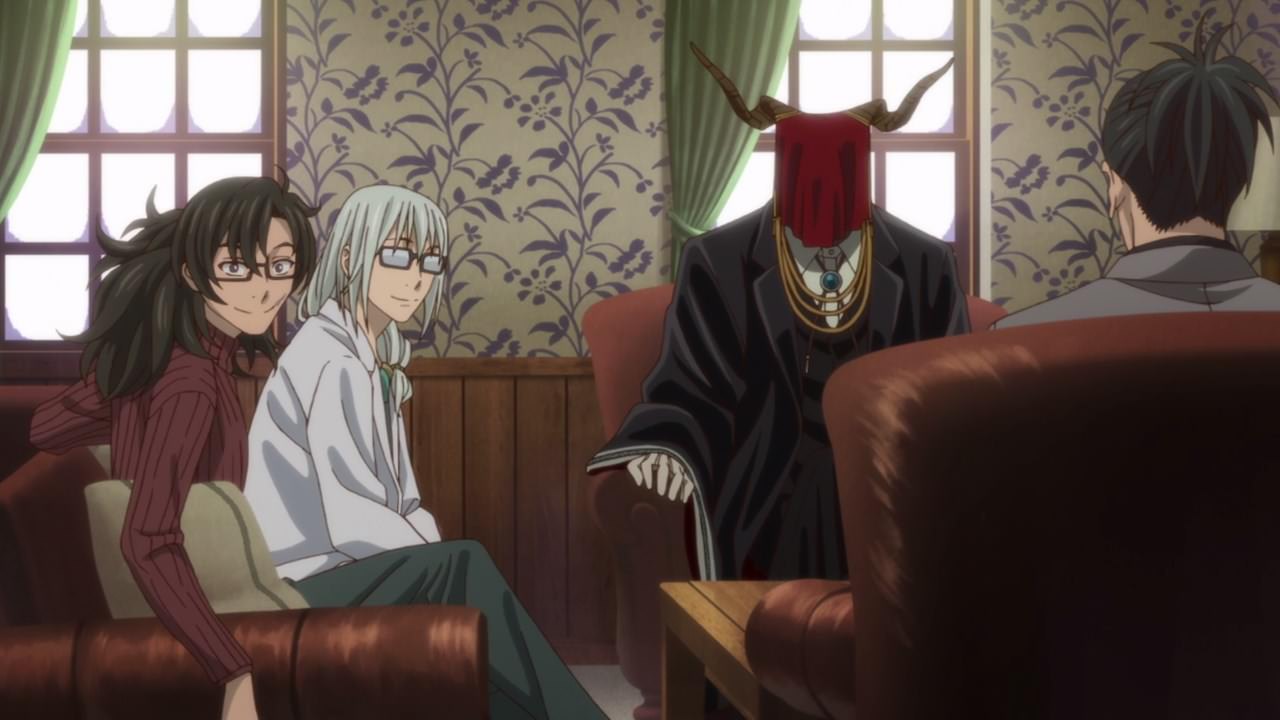 Anyways, let’s get right into business as Elias Ainsworth brought Mikhail Renfred and Alice, plus two new characters introduced on this episode.

The silver-haired man with glasses is Adolf Stroud, and the brunette one is Tory Innis who’s very interested with Chise Hatori since she’s a Sleigh Beggy. Both magicians are colleagues of Mikhail Renfred and Elias Ainsworth as they’re here to discuss something important. 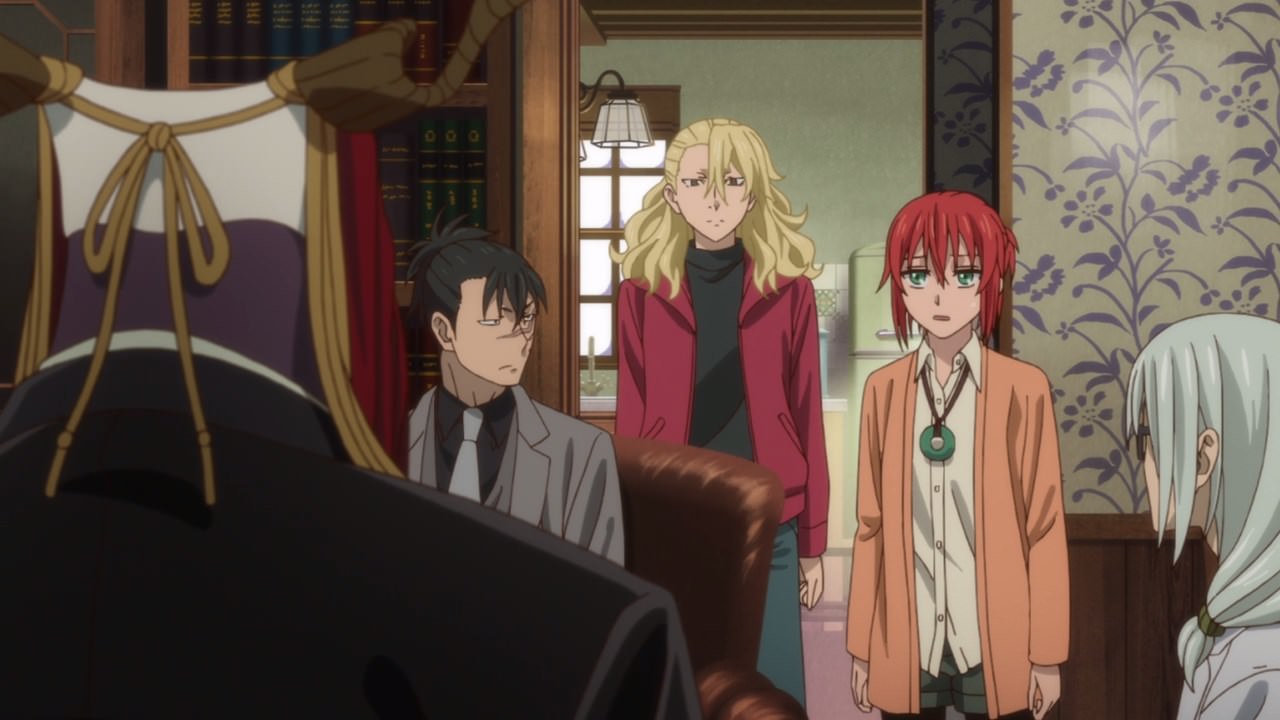 Anyways, they’re discussing about Joseph/Cartaphilus’ recent activities involving dragons where he ordered poachers to capture young dragons so they can sell them at higher prices, or have him conduct experiments on them at worst.

Yeah, seems that Lindel is angry that the land of the dragons are being disturbed by Cartaphilus’ evil schemes and we got used to his despicable attitude towards everybody. Then again, I wonder if the Ashen Eye is still collaborating with Joseph/Cartaphilus? 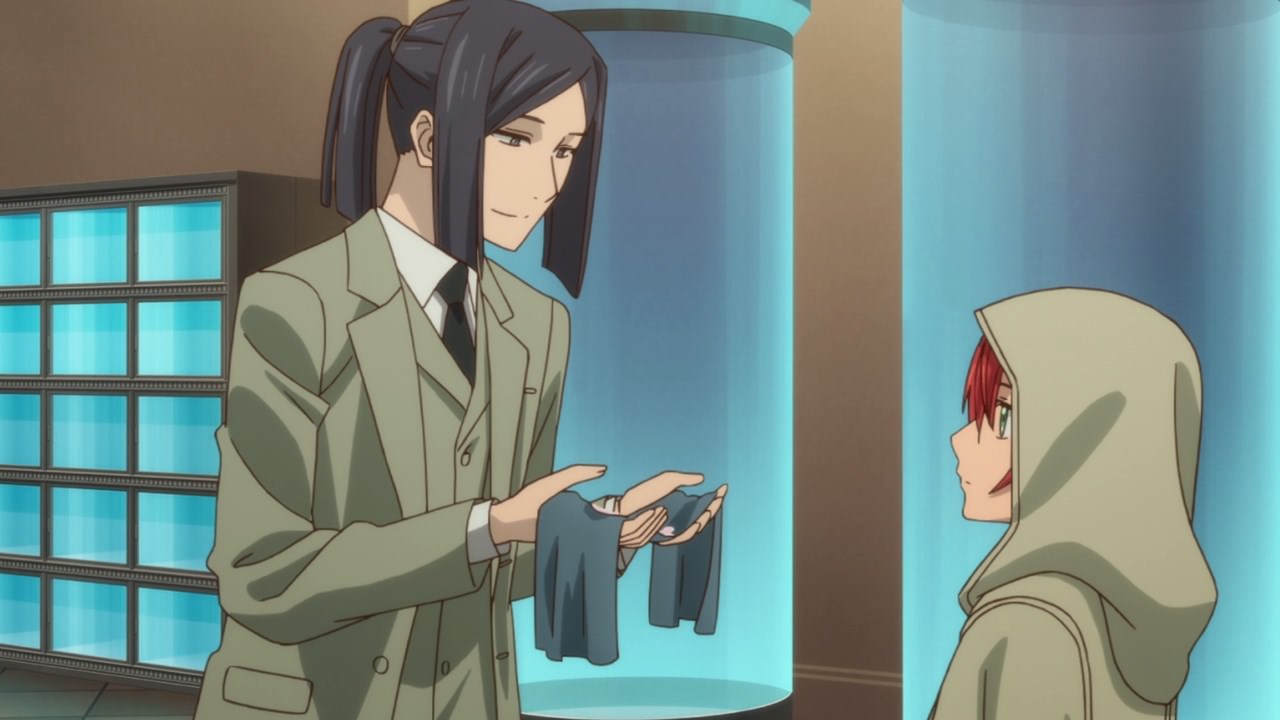 Now then, let’s move onto the secret auction house at London where Chise met this familiar person again. This is Mr. Seth and he’s the one who picked Chise Hatori up to be sold off to the highest bidder, which Elias Ainsworth eventually bought her for a hefty sum of cash.

In any case, Chise Hatori gave some crystal flowers to Seth as an auction item. And by the way, all proceeds during the auction will go to the College, where it’ll be used to buy more peculiar stuff to experiment on instead of training young magicians. Glad that Elias bought Chise ’cause the College would simply experiment her until she’s dead. 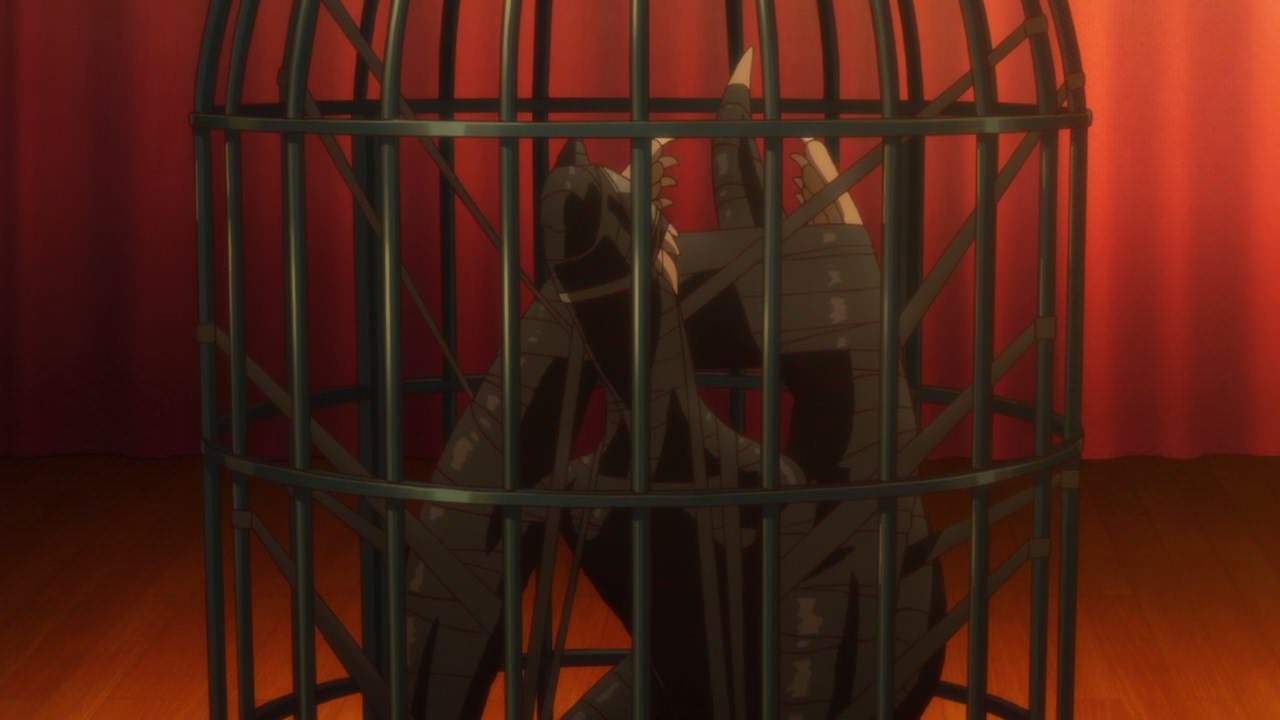 And now, it’s time for the main event as the auctioneers are presenting this young dragon that’ll be sold off to the highest bidder. Come to think of it, this dragon is suffering because of the binding magic. 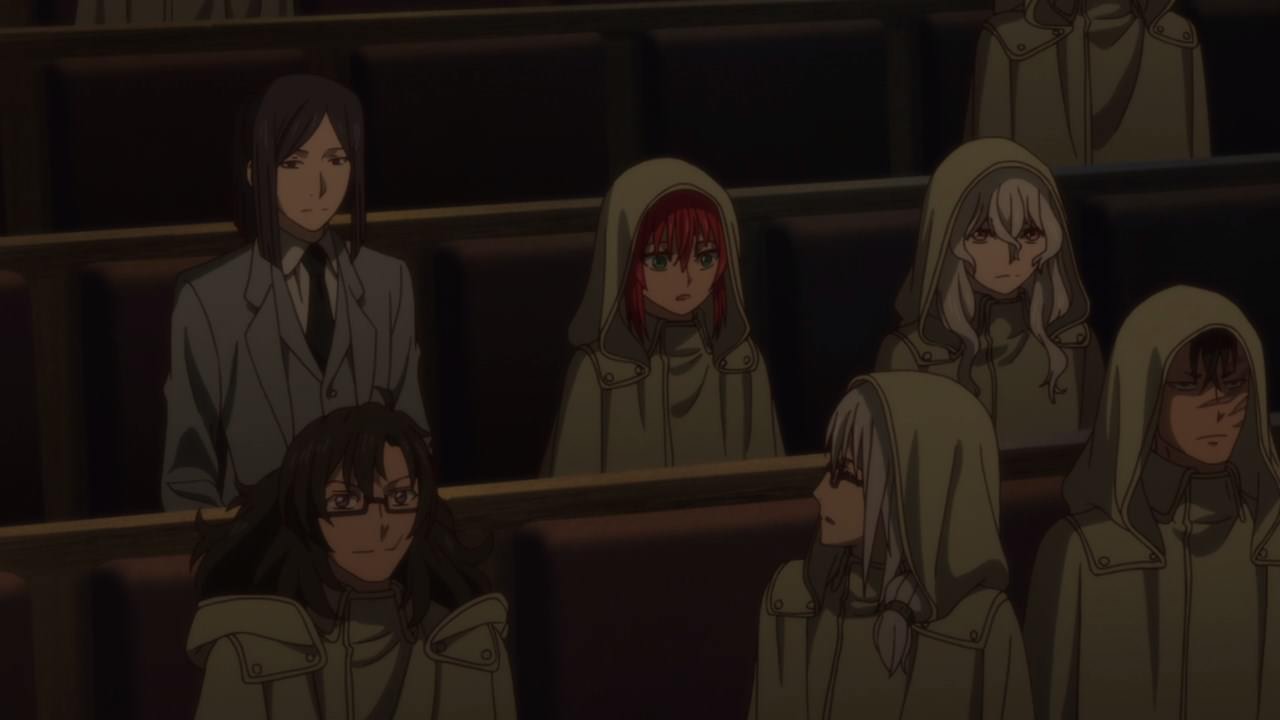 And here’s Elias Ainsworth’s group as they’re prepared to bid off the competition, especially the College where they’ll buy this dragon and tick Lindel off.

So far, the auction is going smoothly where Elias Ainsworth is taking the lead with 1.5 million dollars and above. 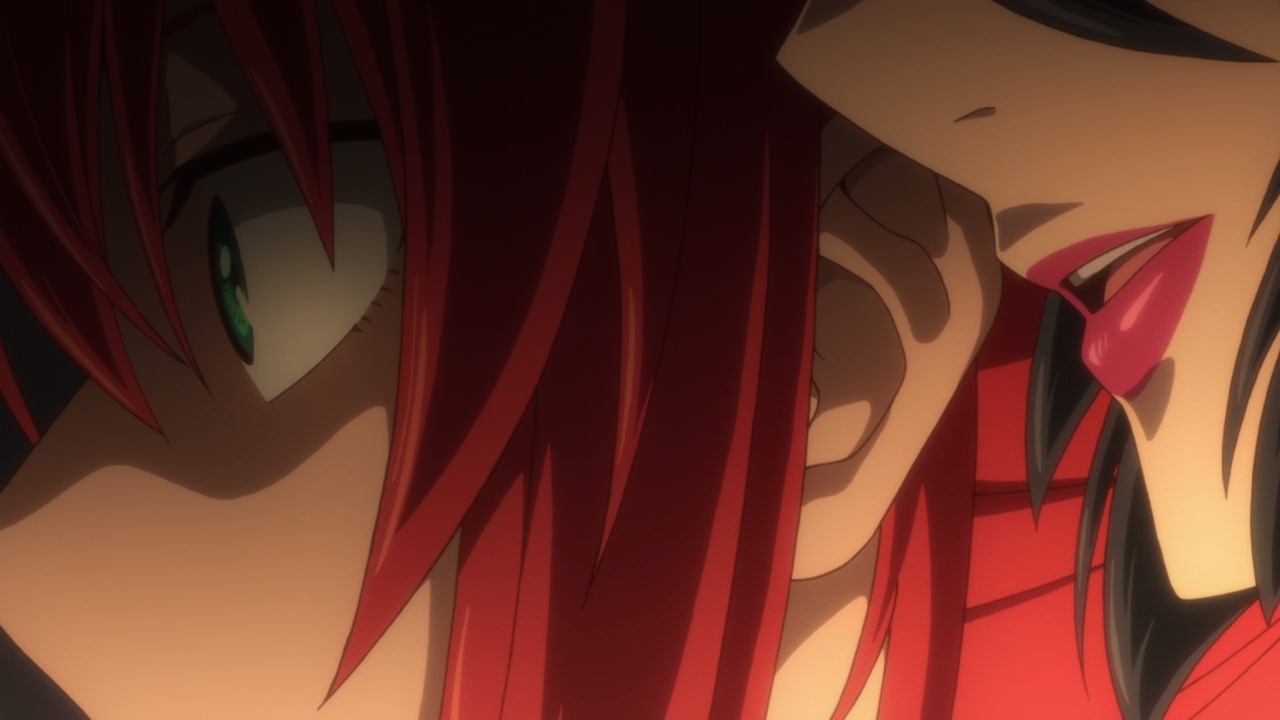 However, something strange has happened where Chise Hatori heard a woman whispering her. While I have no idea what this woman planning, I feel that a bad omen will happen at the auction house. 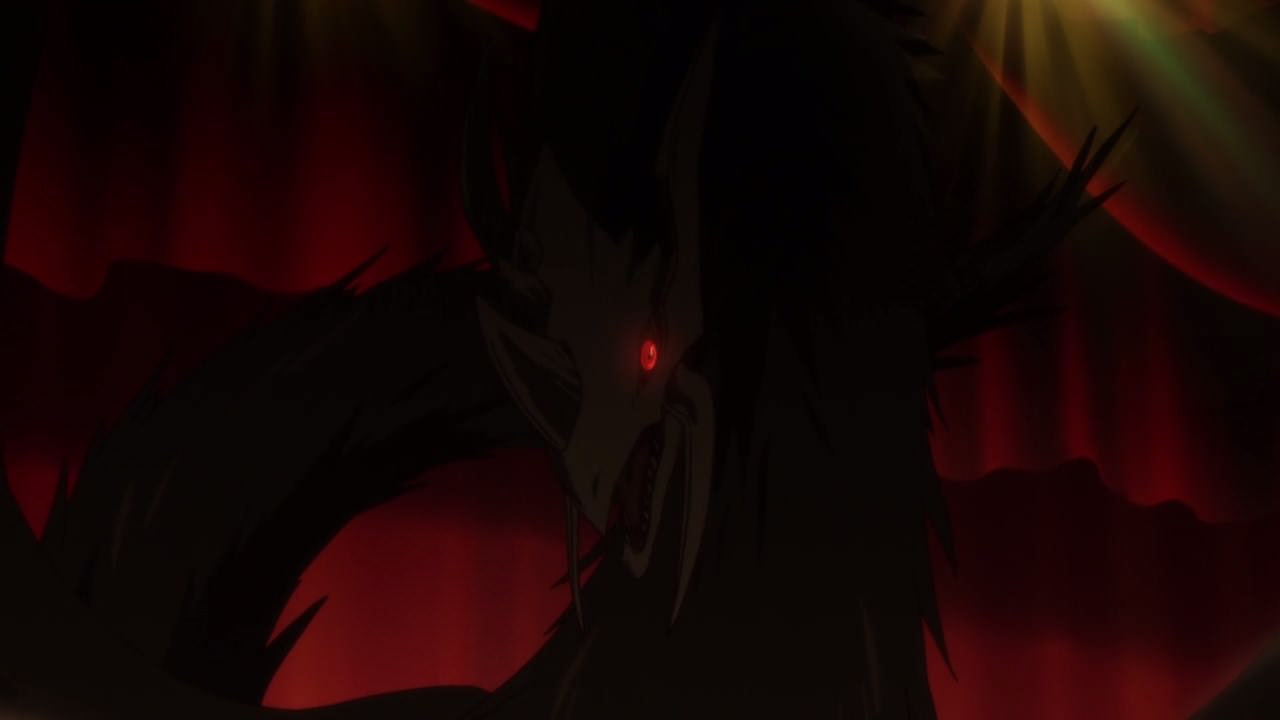 Suddenly, the binding magic wore off and the young dragon has transformed into this monstrosity.

I have a feeling that Joseph/Cartaphilus made some drastic changes to this dragon’s body, and not a good way because this dragon has gone out of control. 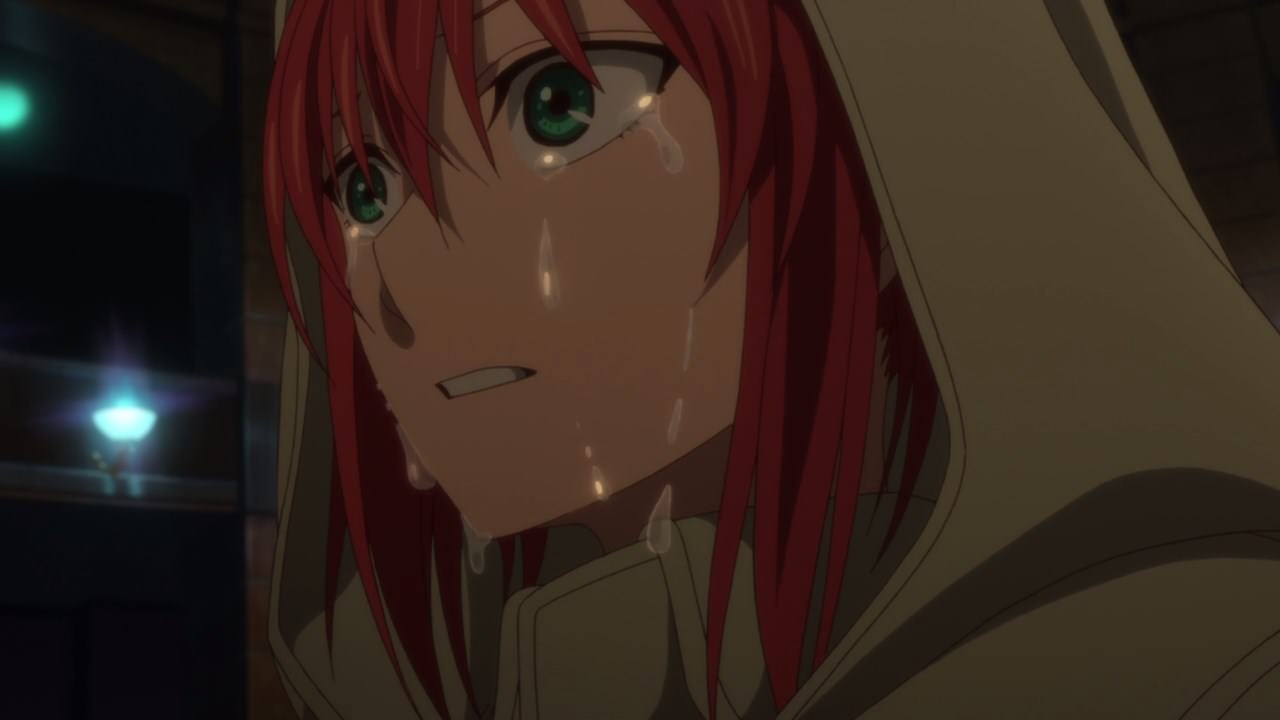 Speaking of Chise Hatori, she started crying as Chise felt the dragon’s feelings of wanting to go home and such. I have to say that the young dragon has been traumatized already at the hands of Cartaphilus.

Anyways, I’ll see you next time as Chise Hatori will be forced to stop this dragon from destroying London.