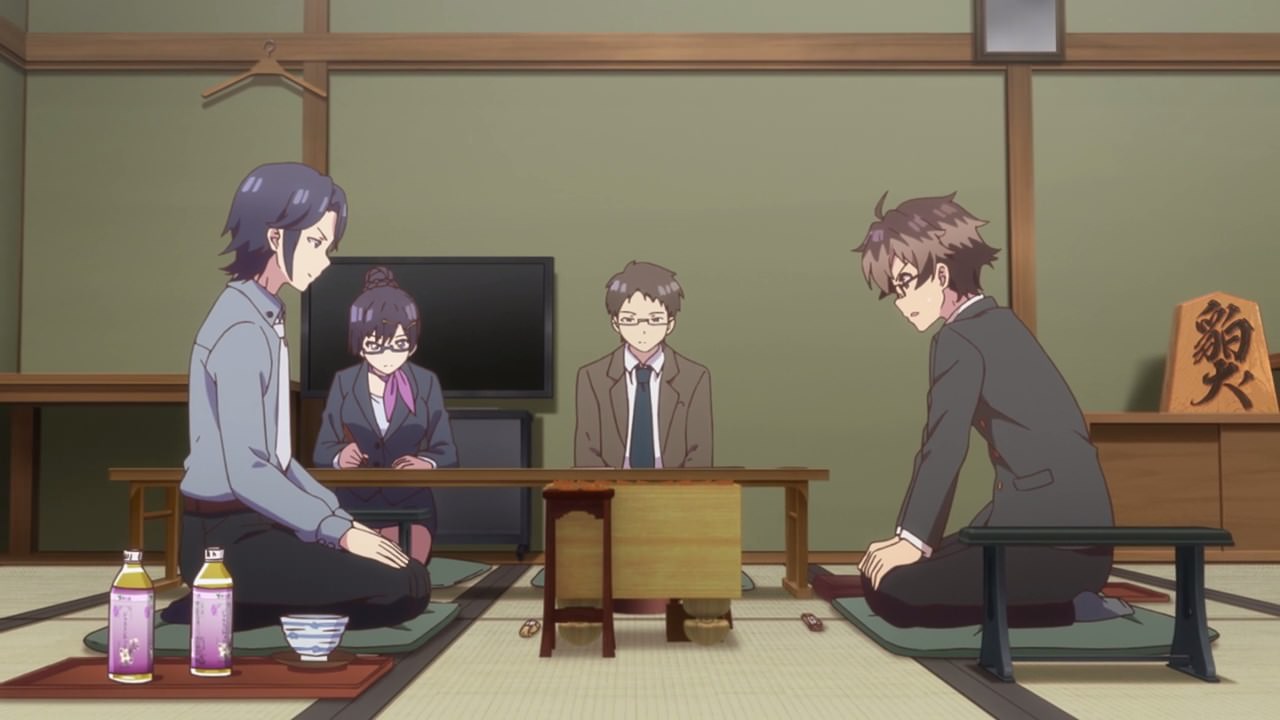 On this episode, we’ll have a shogi match between Jin Natagiri and Yaichi Kuzuryuu. Unfortunately for Kuzuryuu, he’s struggling to land a decisive move against Natagiri who plays similarly to the unnamed Meijin.

Also, Yaichi already finished spending his allotted time so he’ll have to make a move in under a minute. 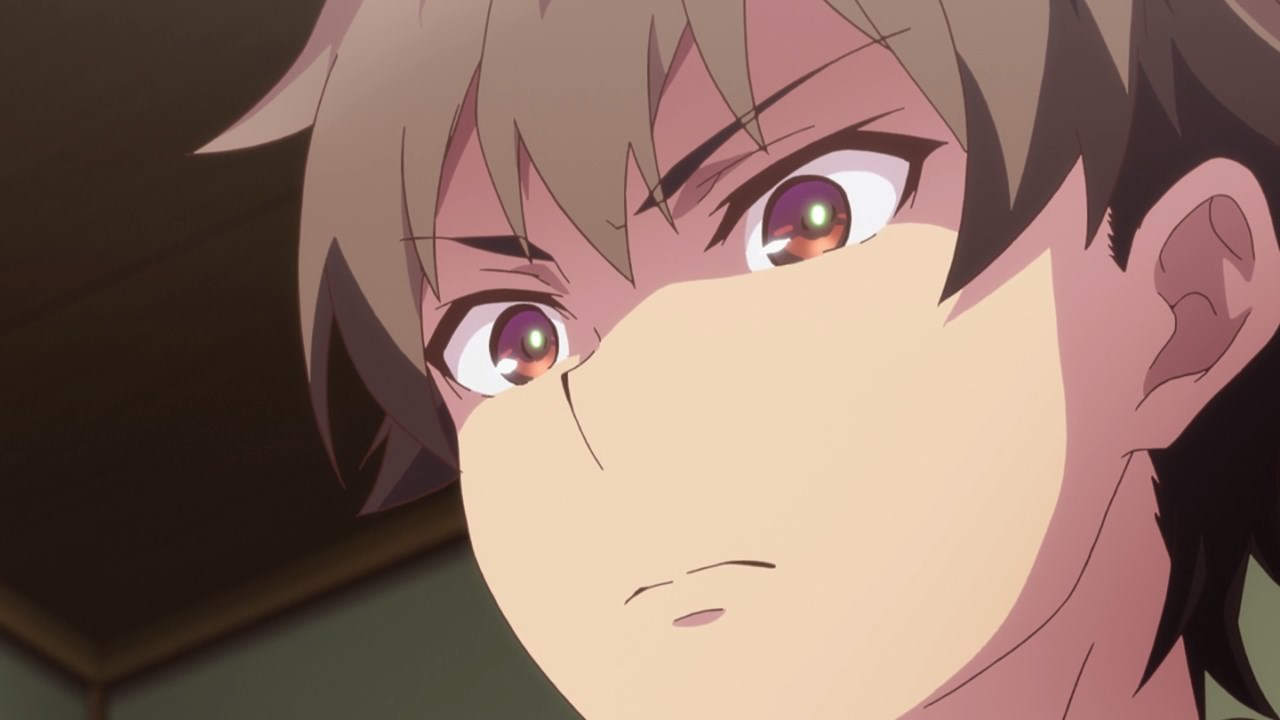 Of course, Yaichi ain’t a quitter as he took off his glasses and you know that he means business. When it comes to pressure, Kuzuryuu can handle it. 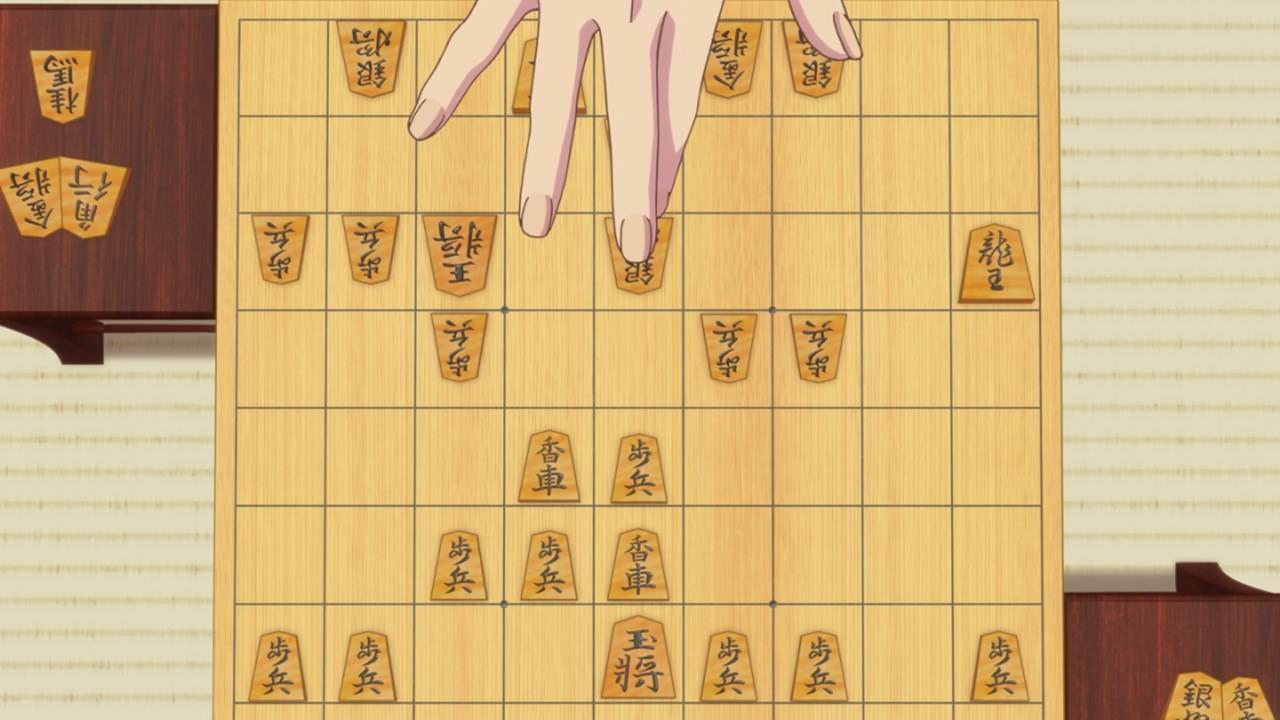 So, Yaichi Kuzuryuu found a way to win his toughest rival by placing his silver general at 5-3, which turned out to be a decisive one as Kuzuryuu predicted a checkmate in his favor in just 30 moves ahead of his rival. 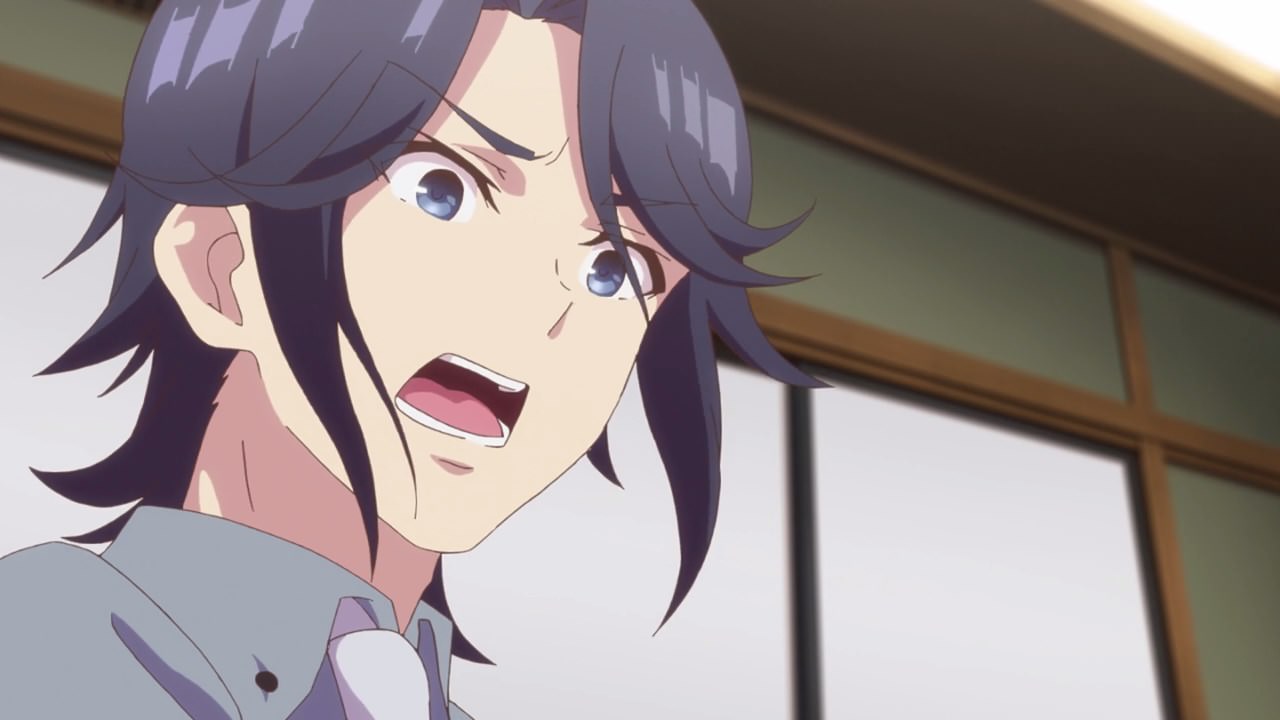 And as for Natagiri, seems that he realized that this match is already over for him. He may have dominated the entire match, but Jin’s confidence was shattered in an instant when Yaichi made a decisive move 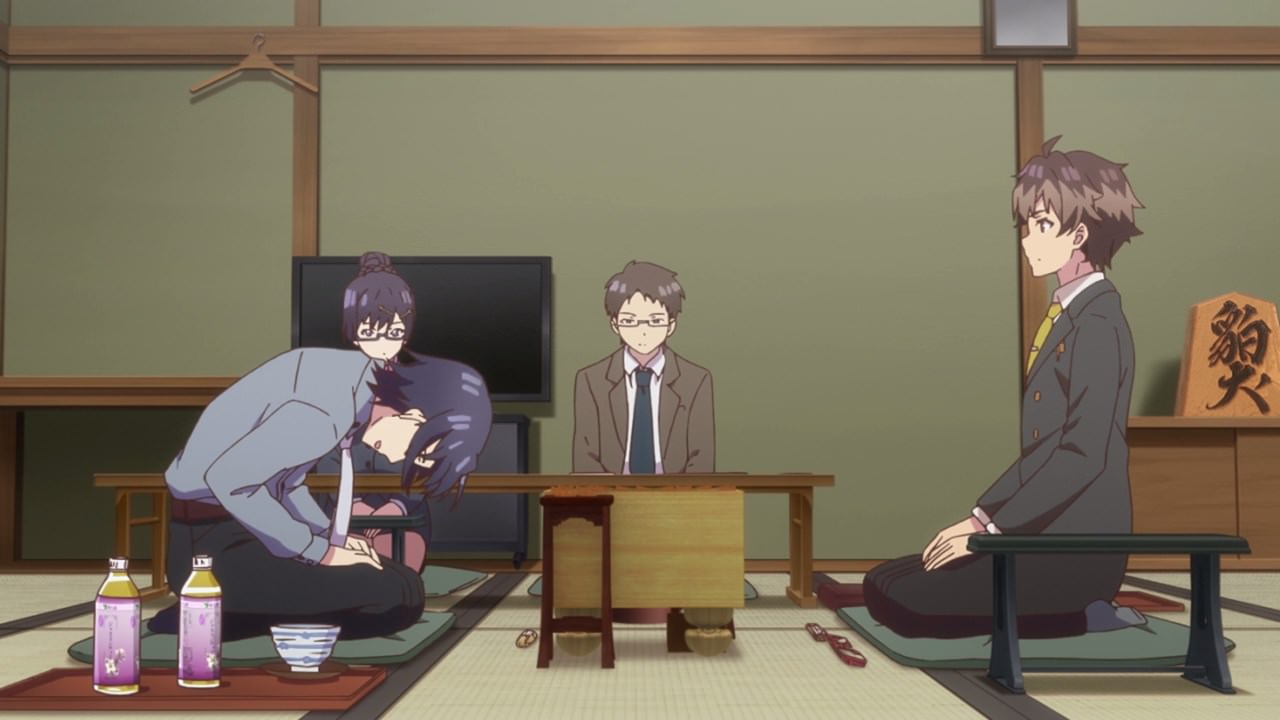 With that said, Jin Natagiri conceded as Yaichi Kuzuryuu won at last against this tough rival.

He may have been the Meijin’s understudy, but Natagiri could not beat Kuzuryuu at this time when he’s playing very seriously. In any case, I’m glad that Yaichi overcome this match! 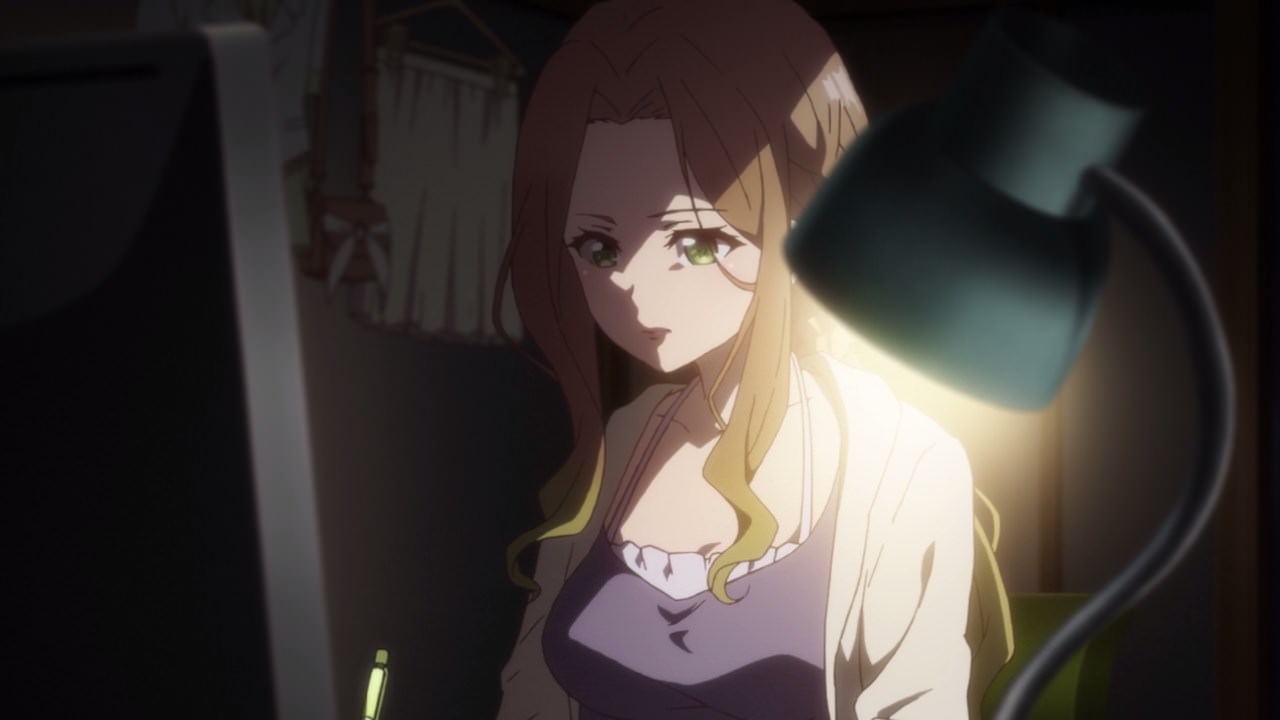 Now it’s time for something different as I’m gonna talk about Keika Kiyotaki where she’s reaching closer to her retirement age.

Anyways, Keika-san is struggling to win her matches despite her knowledge of the game. It’s just that she doesn’t have the will and the solid reason on why Kiyotaki is playing shogi. 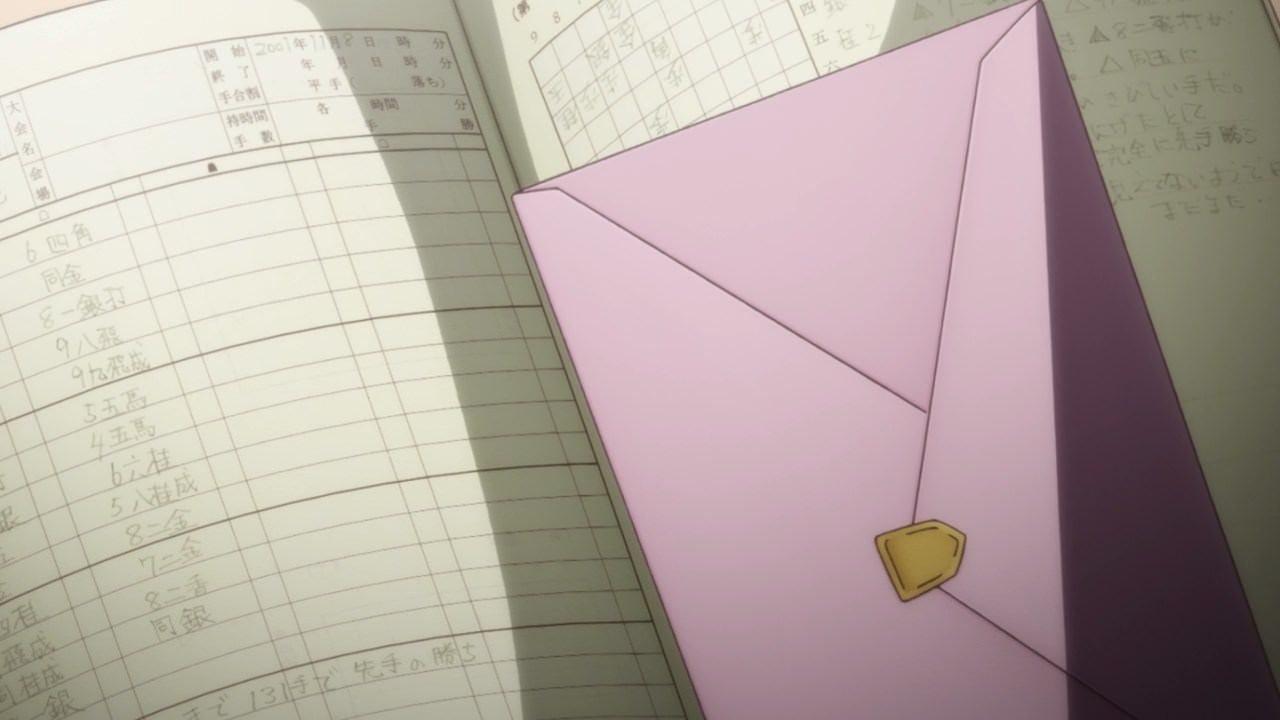 That’s until she found this envelope from one of her notebooks. Inside this envelope contains a letter in which Keika wrote it when she was 10 years old, telling about her future self on whether she’s successful or not. 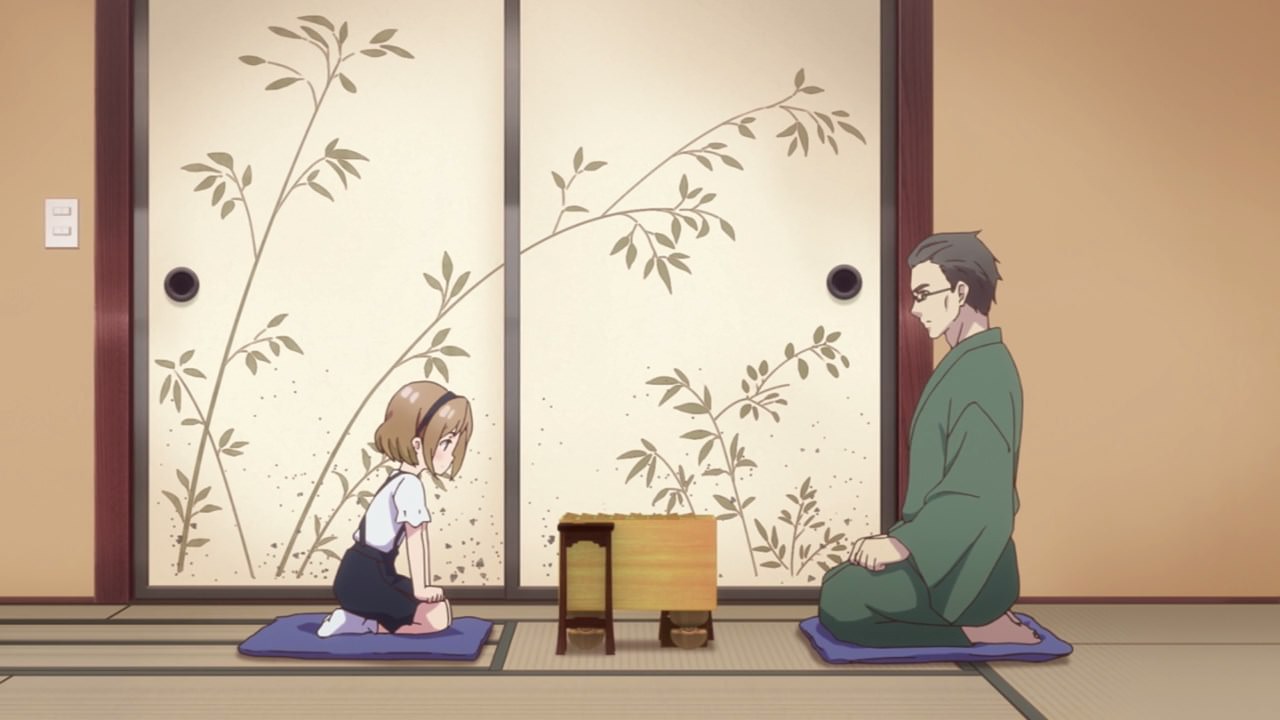 Let’s not forget that Keika-san is the daughter of Yaichi Kuzuryuu and Ginko Sora’s master Kousuke Kiyotaki, where he expects his daughter to become successful as he is.

And despite having talent, it’s her lack of drive and passion in later years that kept Keika-san from becoming a professional shogi player. 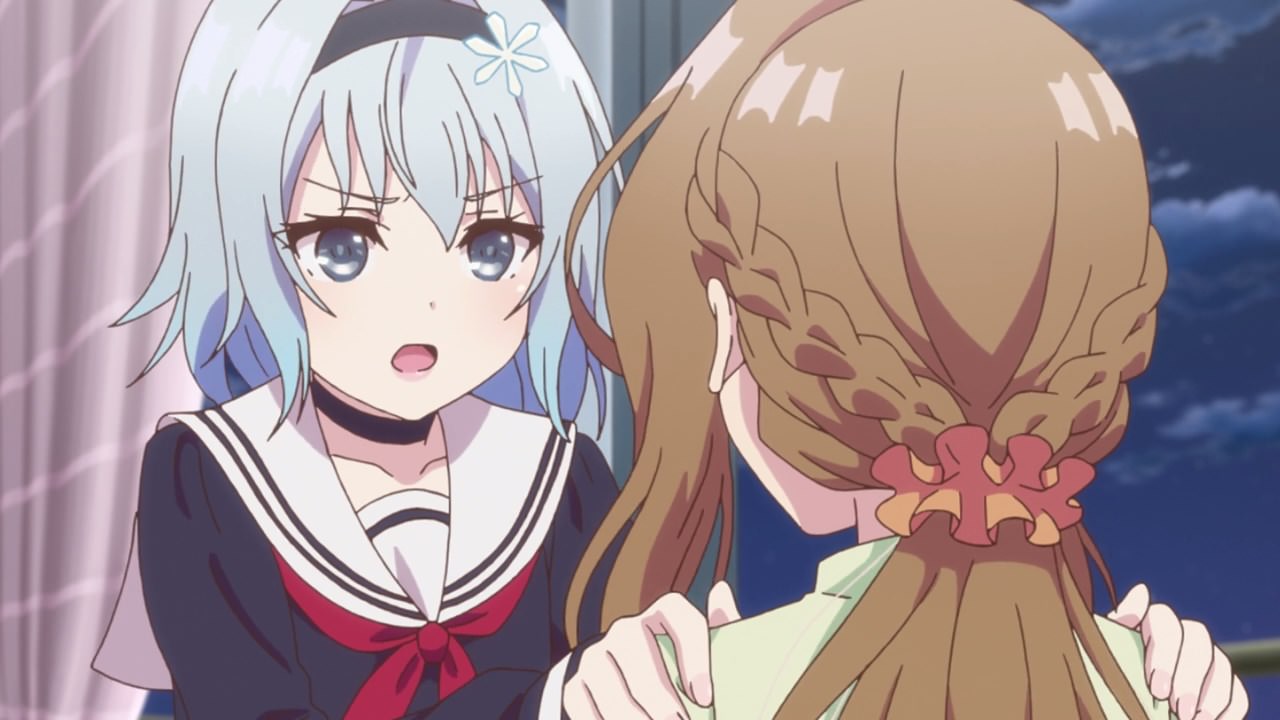 So, Ginko Sora encourage Keika-san to become more confident on herself when playing a match.

Yeah, glad that Ginko-san is helping her to overcome these obstacles, but will Keika managed to win her matches to remove her demotion points? 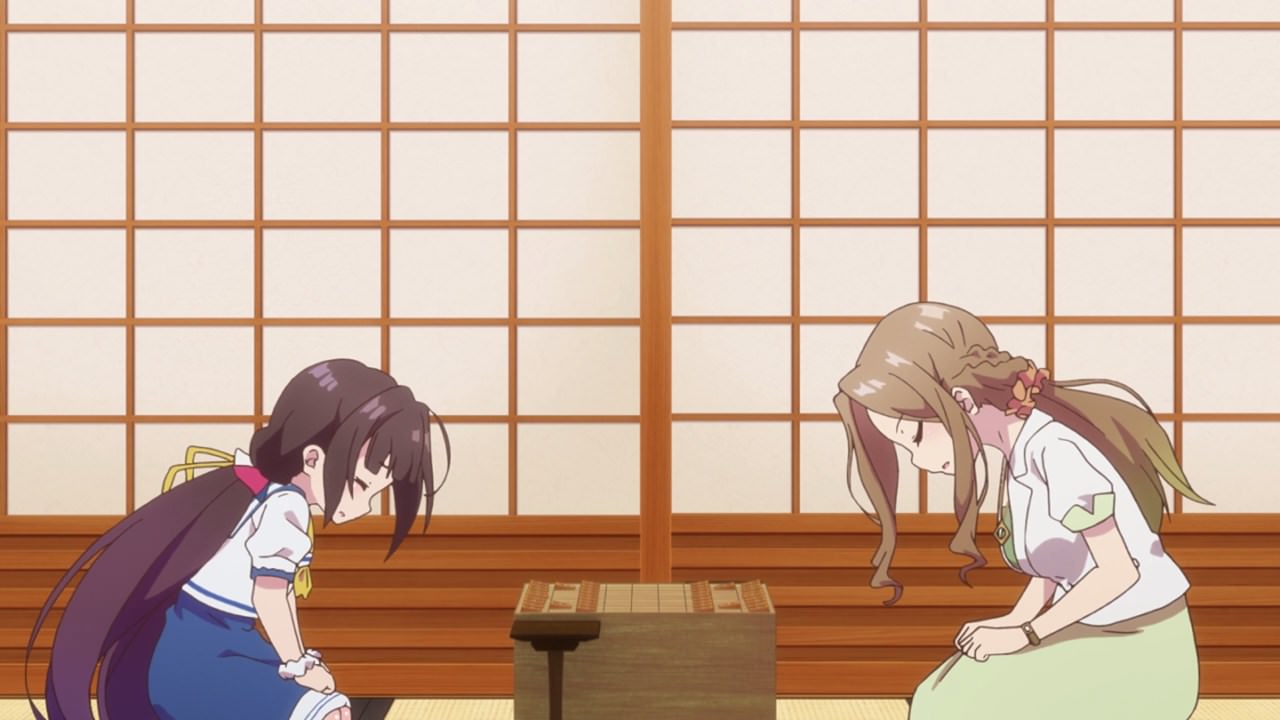 Now then, it’s time for another shogi match at the training group as Keika Kiyotaki will face Ai Hinatsuru. If she wins against Ai-chan, Keika’s demotion points will be nullified.

By the way, Keika-san faced Ai Yashajin earlier and won the match against the young progidy. 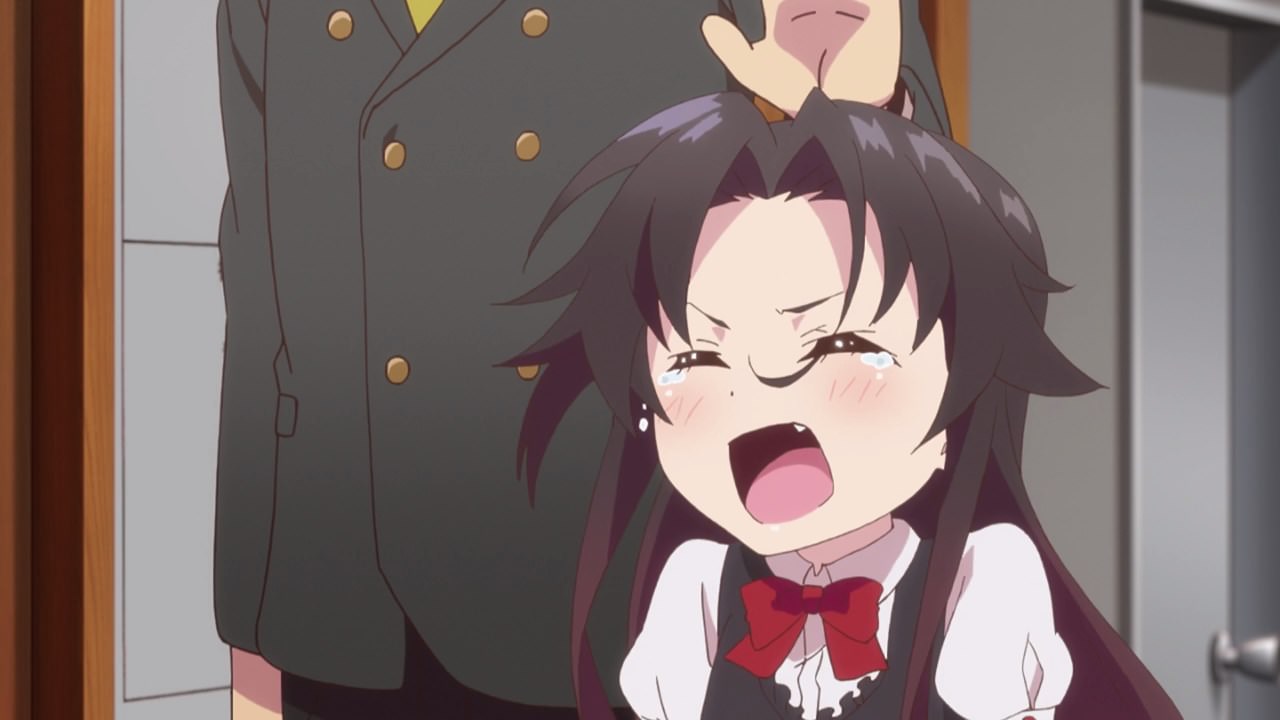 And here’s Ai Yashajin as she’s very frustrated on her loss against Keika Kiyotaki. I have to say that Keika-san has the tenacity to beat Yashajin, but will she beat Hinatsuru? 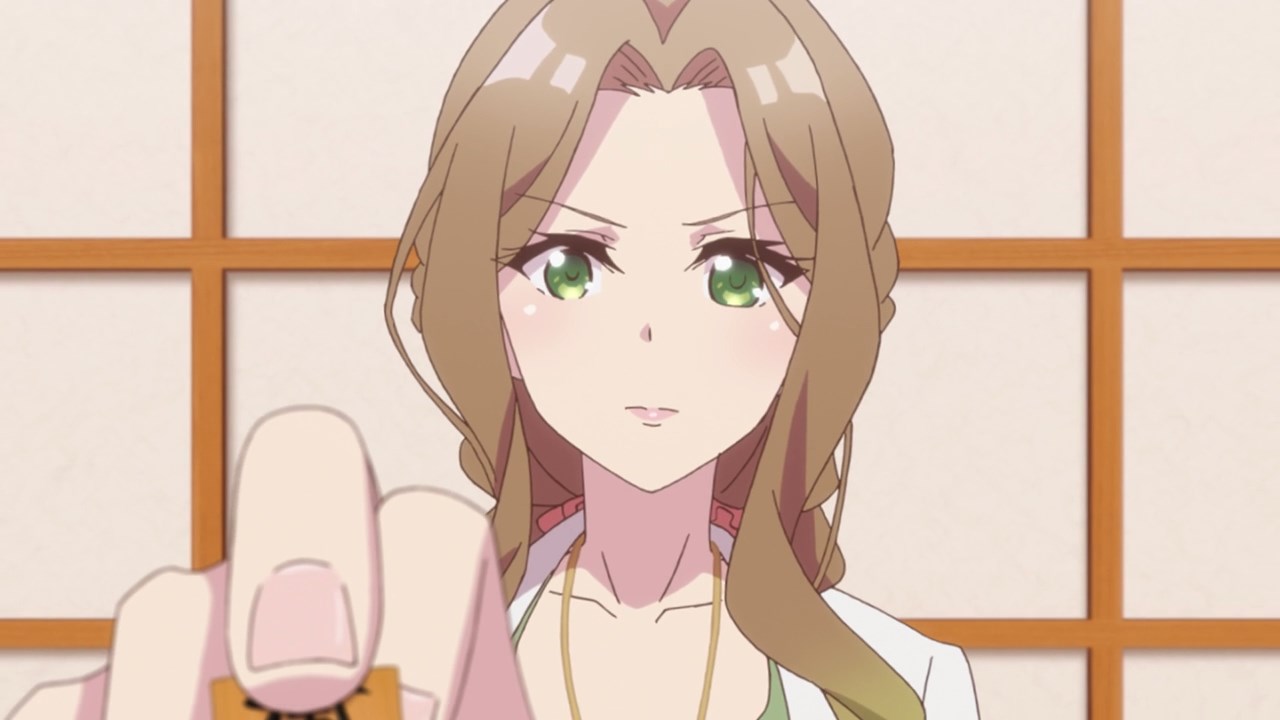 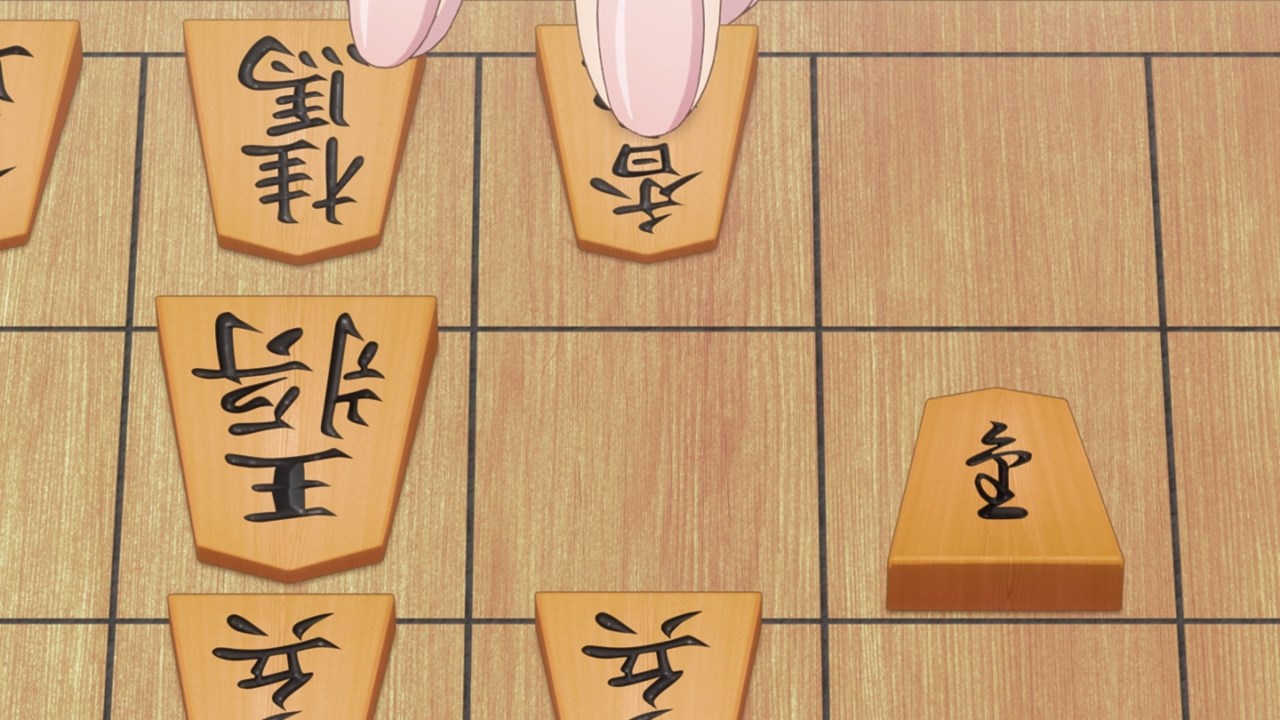 …but her play-style is bold as if she’s throwing everything at Ai Hinatsuru including her king. It appears that Kiyotaki has somewhat ignited her passion of playing shogi! 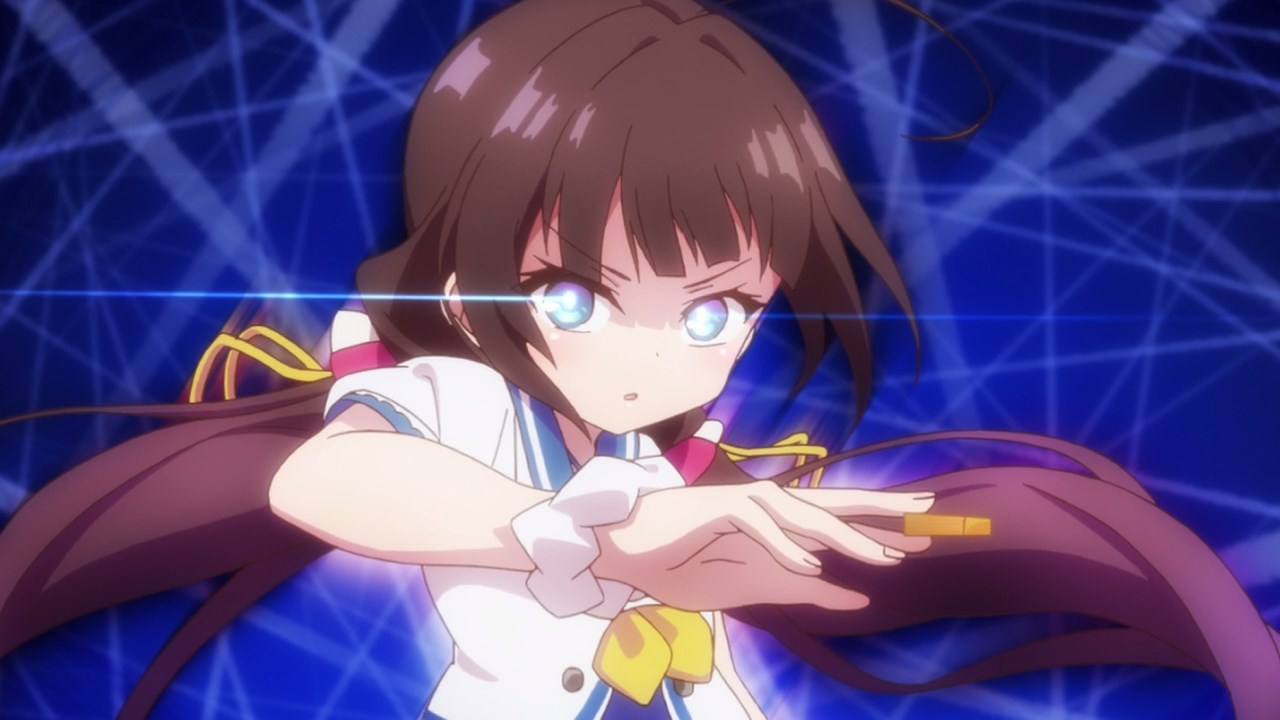 However, we have Ai Hinatsuru as she got better at playing shogi after being trained by Maestro Mitsuru Oishi.

Looks like she’s ready to throw down too and it’s gonna be a bad thing towards Keika Kiyotaki because Maestro Oishi’s training has made Ai-chan stronger than before. 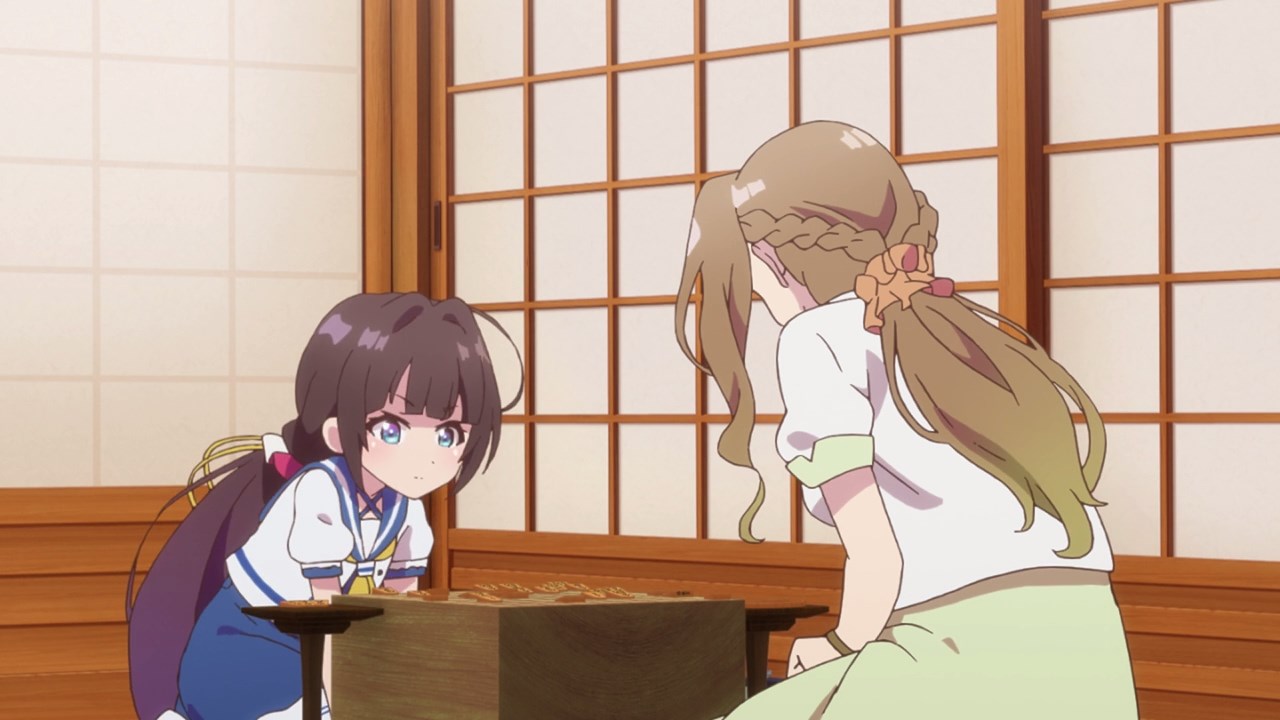 Despite her gutsy effort, Keika-san couldn’t beat Ai Hinatsuru as she conceded. It seems that she’ll unlikely get promoted. 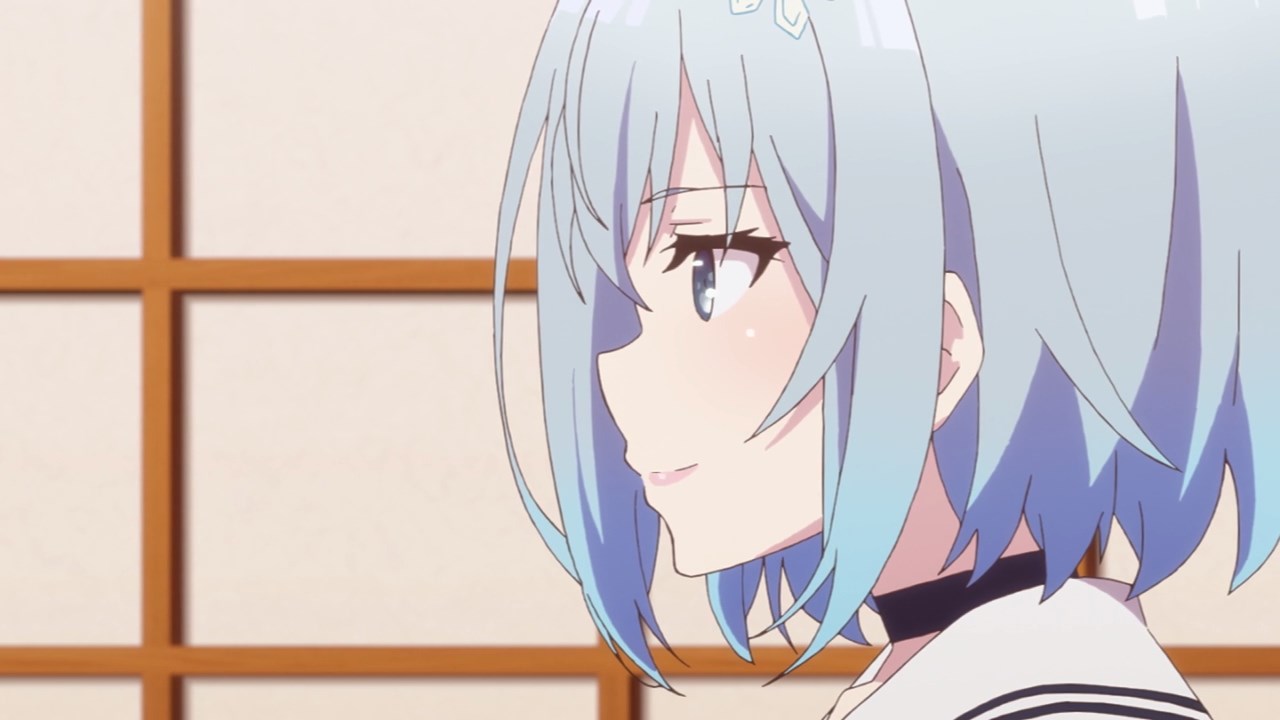 However, Ginko Sora approached Keika Kiyotaki and told her that she made an impressive show of strategy, as well as the tenacity to not give up the fight when being faced by a stronger foe. 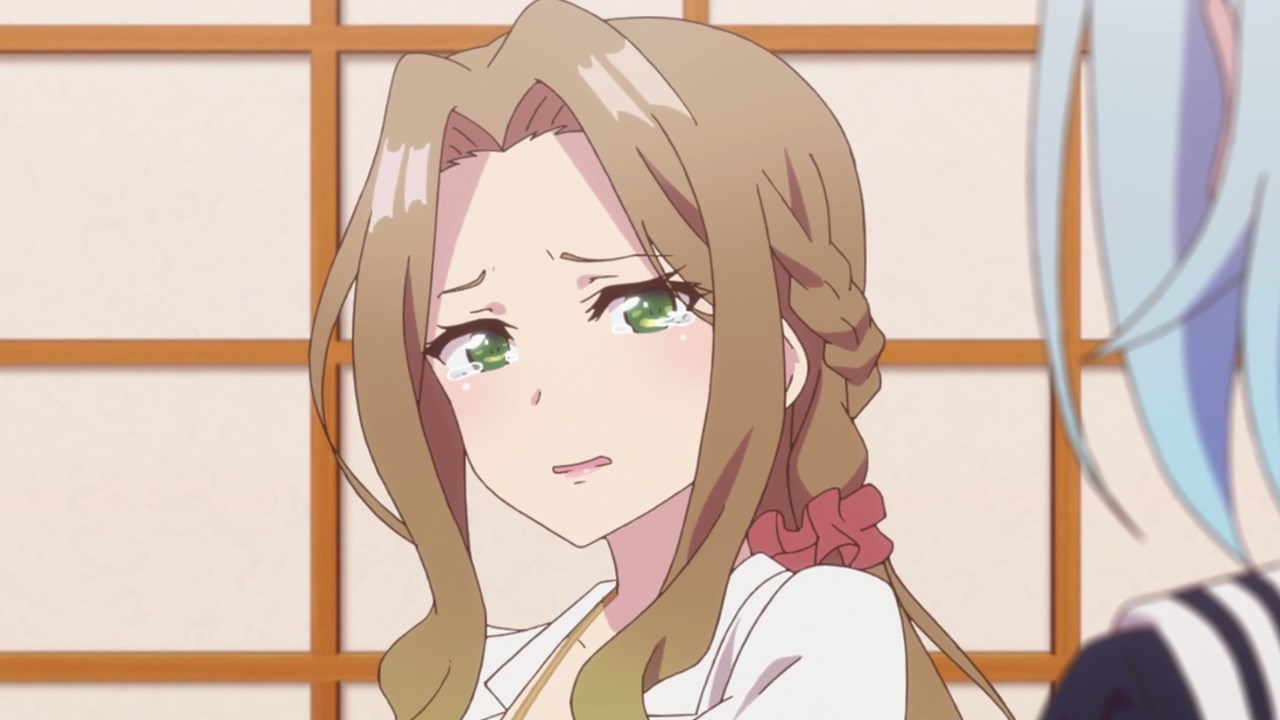 And upon hearing that from Ginko-san, Keika went crying as she got appreciated for her efforts against Ai Hinatsuru.

Although she might not become a professional in the future, Keika Kiyotaki’s passion for the game has already ignited and she’ll do anything to contribute the sport, be it a match recorder or a teacher. 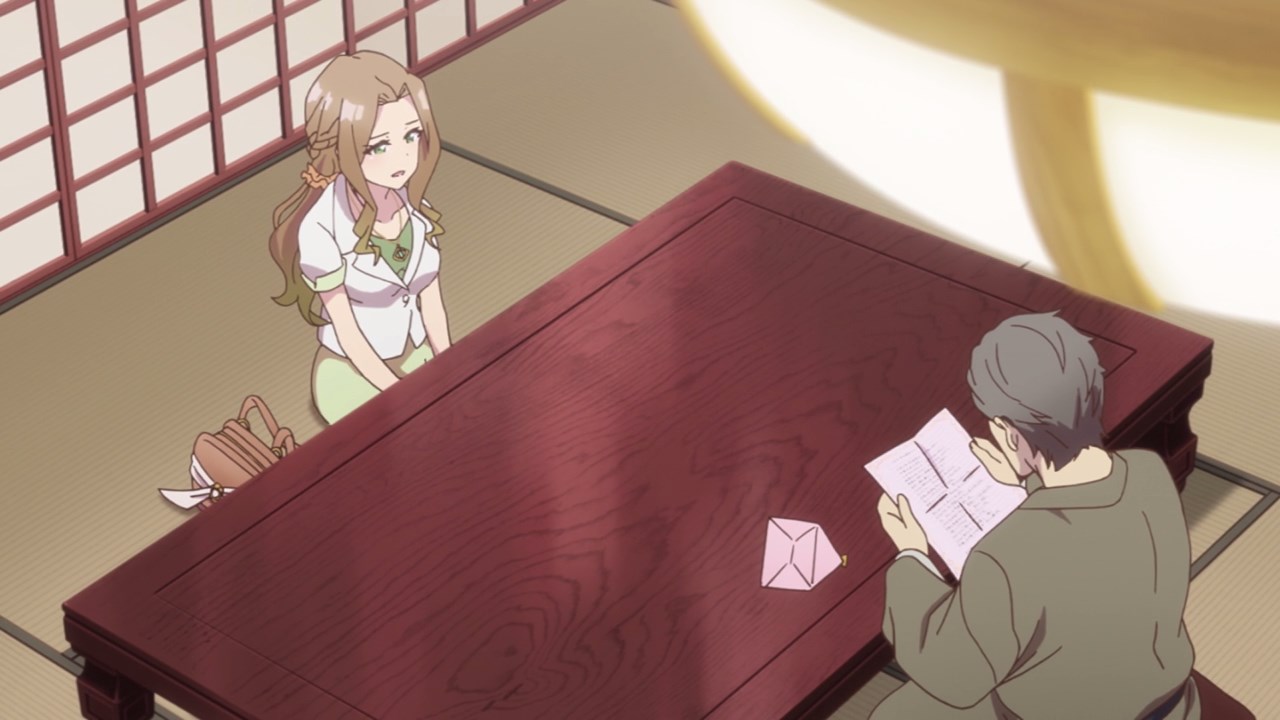 Lastly, here’s Keika Kiyotaki as she presented her letter to her father Kousuke and told that she still wants to get involved with shogi despite not being a professional. 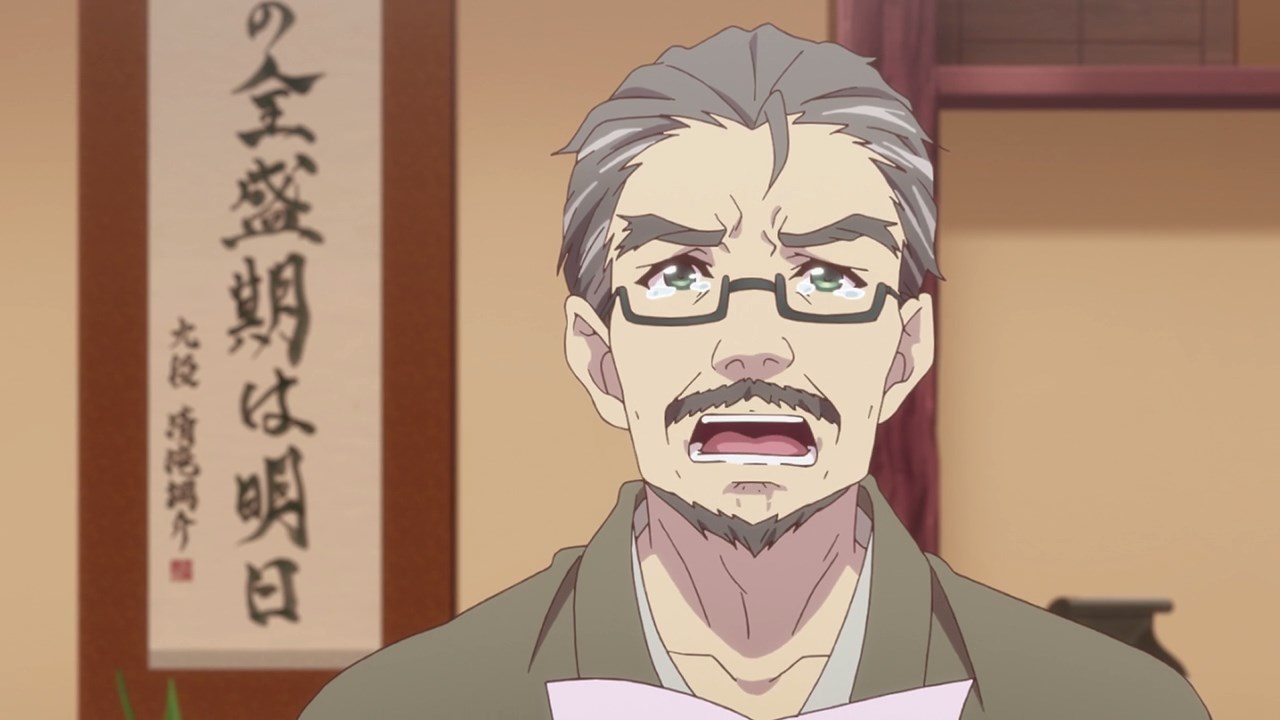 As for her father’s response, he is thrilled that her only daughter still has that passion for shogi after reading the letter. Oh, that’s sweet coming from Kousuke Kiyotaki!

One last thing, seems that Keika Kiyotaki wants to marry Yaichi Kuzuryuu in the future, which I found it funny and absurd that Ai Hinatsuru’s mother told Yaichi to marry her daughter if she failed to win a shogi title. Coupled with Kuzuryuu promising Ai Yashajin to marry her and Ginko Sora potentially eyeing for him, seems that Yaichi-kun has got a harem for goodness sake!

Anyways, that’s about it for this episode of Ryuuou no Oshigoto! There’s more to come for this show as Ai Hinatsuru will face tougher challenges in order to become a champion. And as for Yaichi Kuzuryuu, good luck to him for explaining Akina Hinatsuru on why he can’t marry her daughter when he’s about to marry either Ai Yashajin or Keika Kiyotaki.