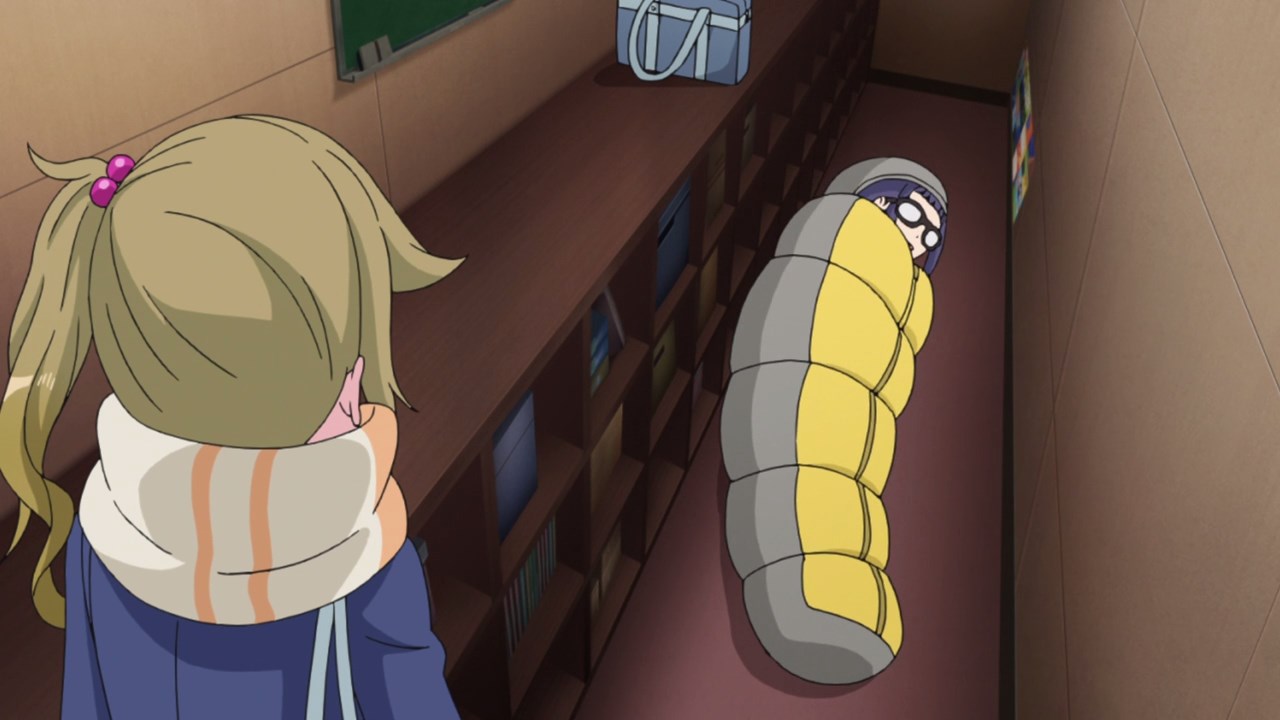 Here’s Chiaki Oogaki as she’s trying out her newest equipment like a sleeping bag for example.

Then again, what Aoi Inuyama saw was that Chiaki looked like a caterpillar than someone who’s sleeping. 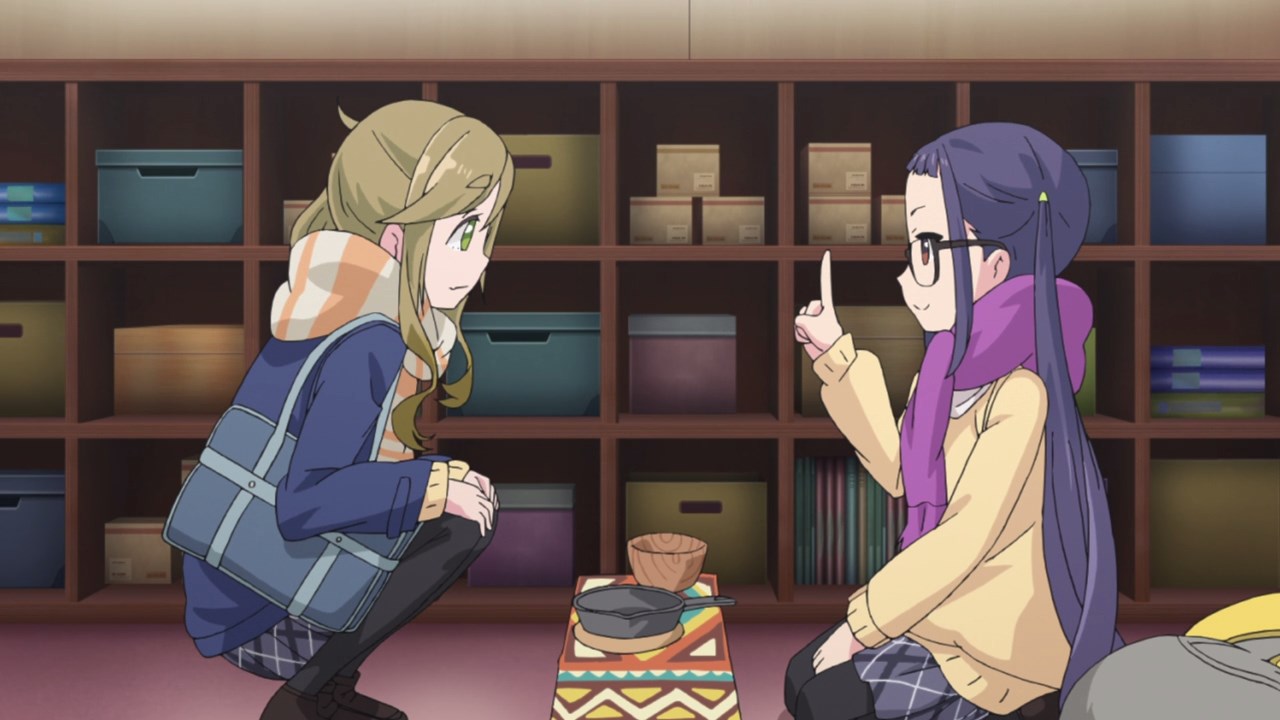 But yeah, Chiaki invested in other things for camping in addition to a sleeping bag. For example, a wooden bowl and a skillet where Chiaki bought it after seeing an old guy somewhere using those, especially the skillet when she’s amazed on how he cooked meat with it.

Unfortunately, she can’t use it right away unless Chiaki did some changes to the wooden bowl and the skillet. Oh and speaking of the wooden bowl, Chiaki can’t put hot foods due to the bowl itself being coated in lacquer, therefore she needs to scrub the coating first and apply an oil-based one. 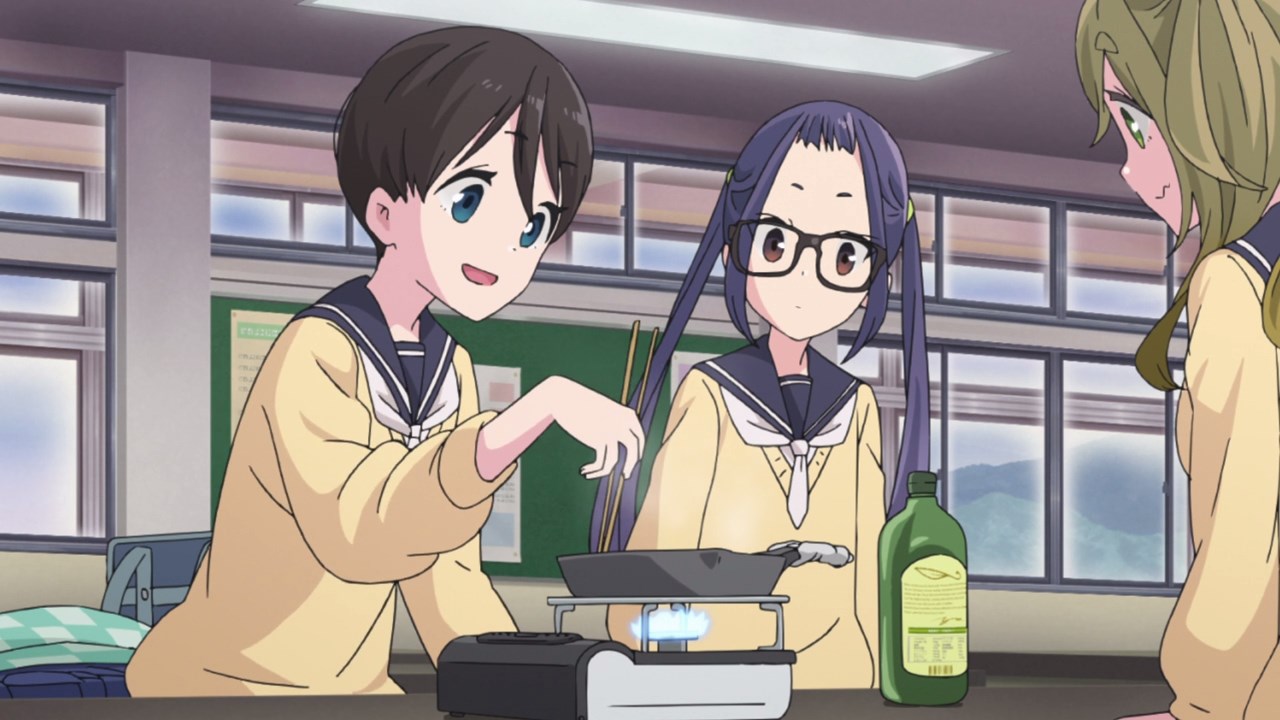 Also, here’s Ena Saitou as she’s helping both Chiaki and Aoi-chan on seasoning the skillet so it can be useful when cooking meat and other foods. Then again, I feel that Ena-chan should join them when the Outdoors Club held another camping trip.

Speaking of camping trips, Chiaki and Aoi-chan are discussing about their next destination and camp there during the winter break. Of course, they need to take the exams first before going on another camping trip. 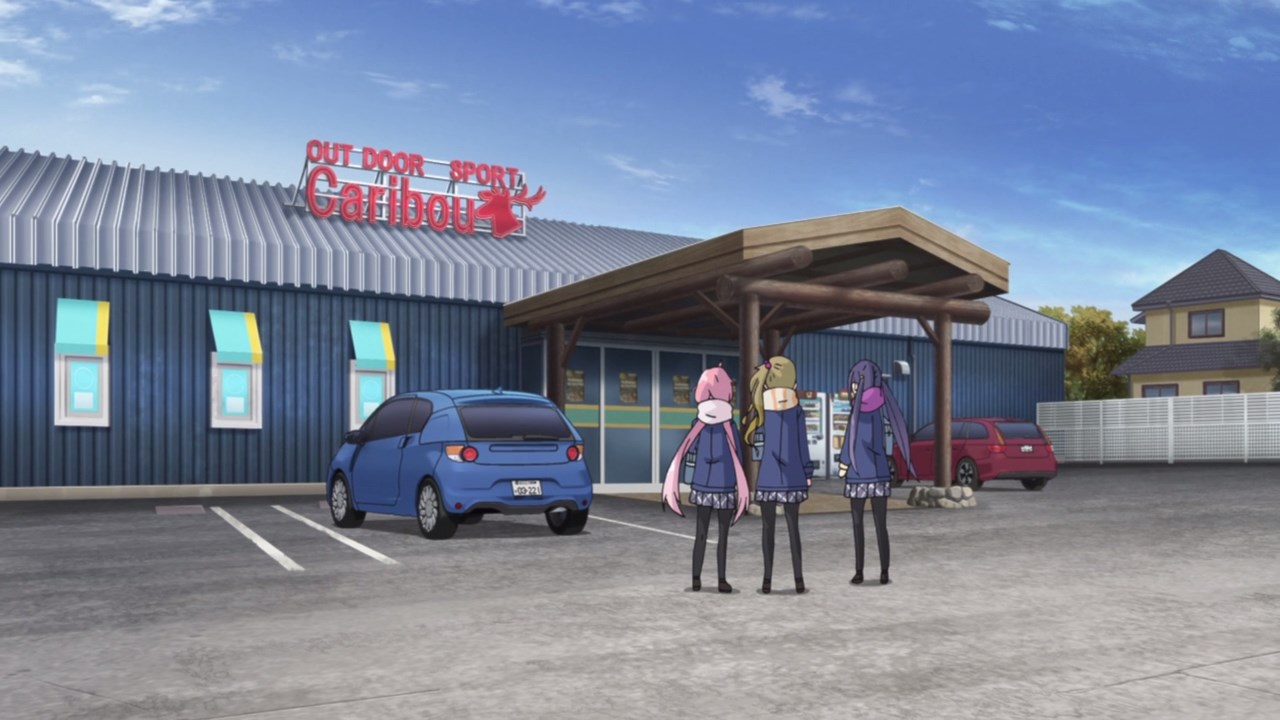 So after their exams, it’s time to visit an outdoor shop where Chiaki Oogaki and Aoi Inuyama invited Nadeshiko Kagamihara to see various stuff there, and maybe buy one item if they have the money that is. 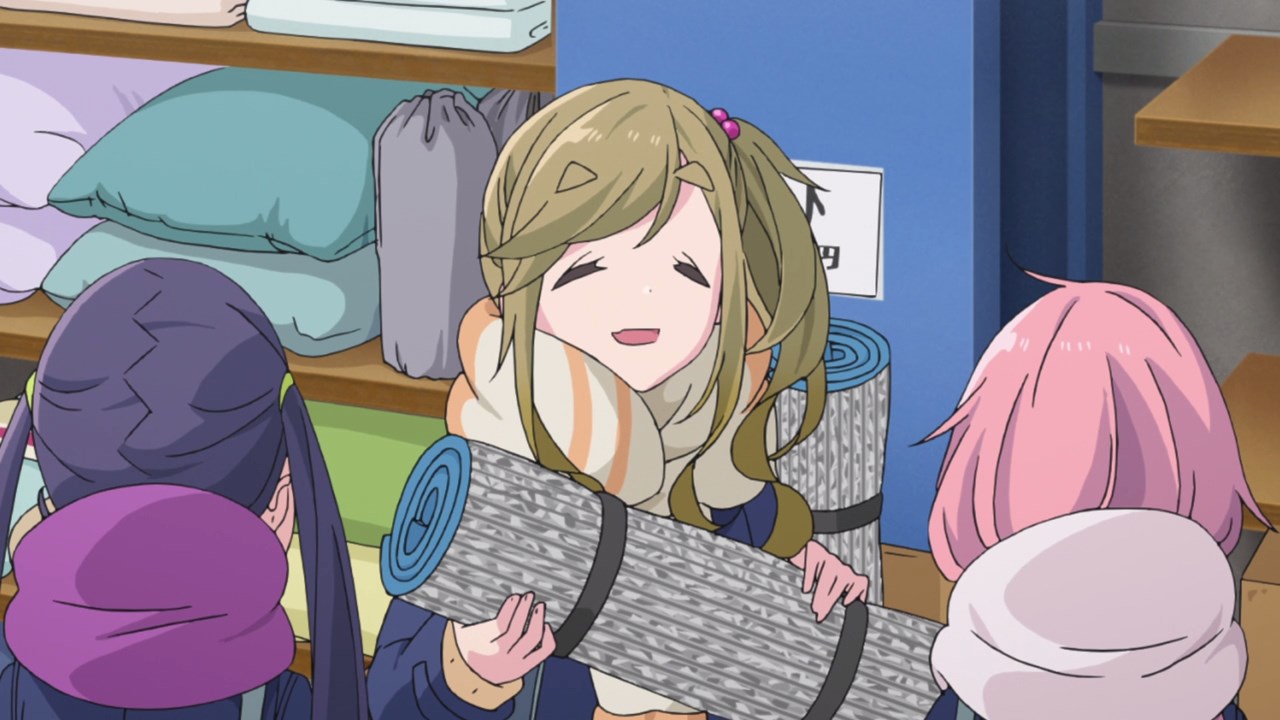 But going to an outdoors store is a great experience for Nadeshiko as she’s fascinated with other camping equipment, from lamps to tents.

Heck, let’s not forget the mats too where it’ll make you feel warm when you sleep on it. Then again, I think they didn’t bought some mats nor any other stuff in the end ’cause they don’t have enough money to buy one yet. 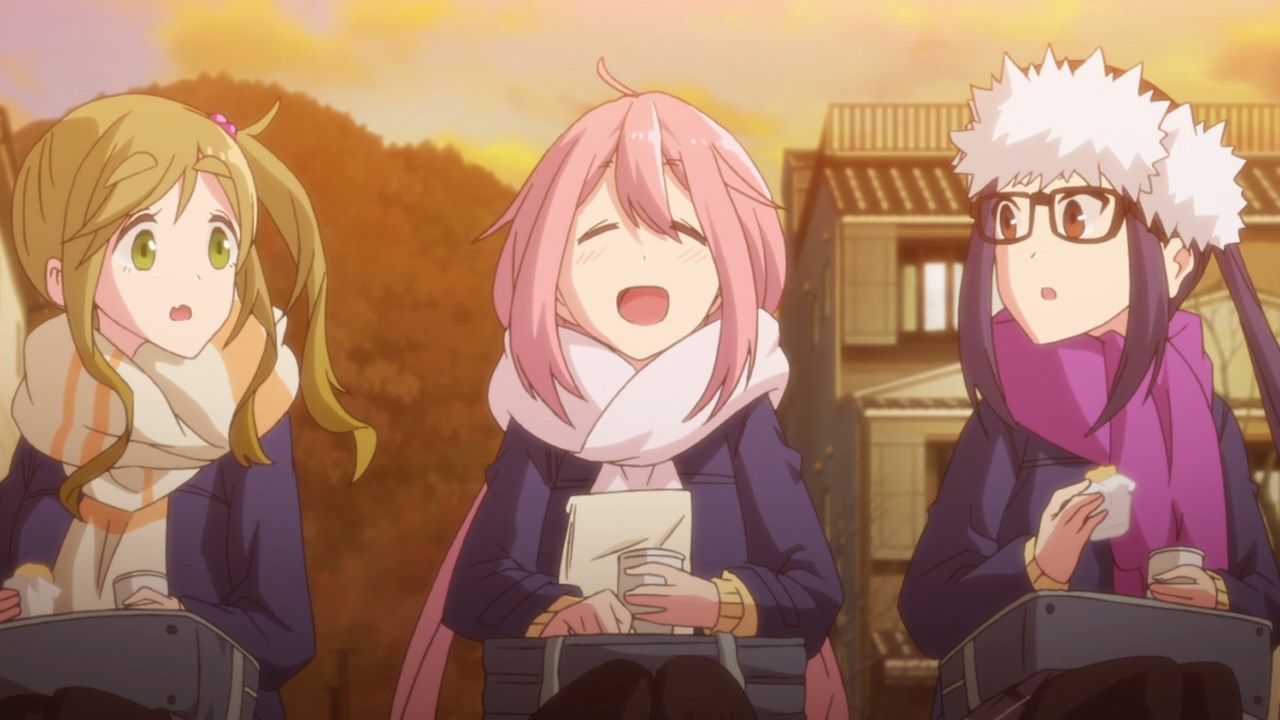 Well everyone, that’s about it for this episode as Nadeshiko is happy that she went to an outdoors store together with Chiaki and Aoi-chan.

Of course, she needs to get more money in order to buy stuff there, so Nadeshiko has decided to take a part-time job in order to save up money for some camping equipment. Then again, she’ll spend it on food instead, but Nadeshiko will do her best to save up for her next camping trip ’cause travelling outdoors is expensive sometimes.

Anyways, I’ll see you next time and be a happy camper!