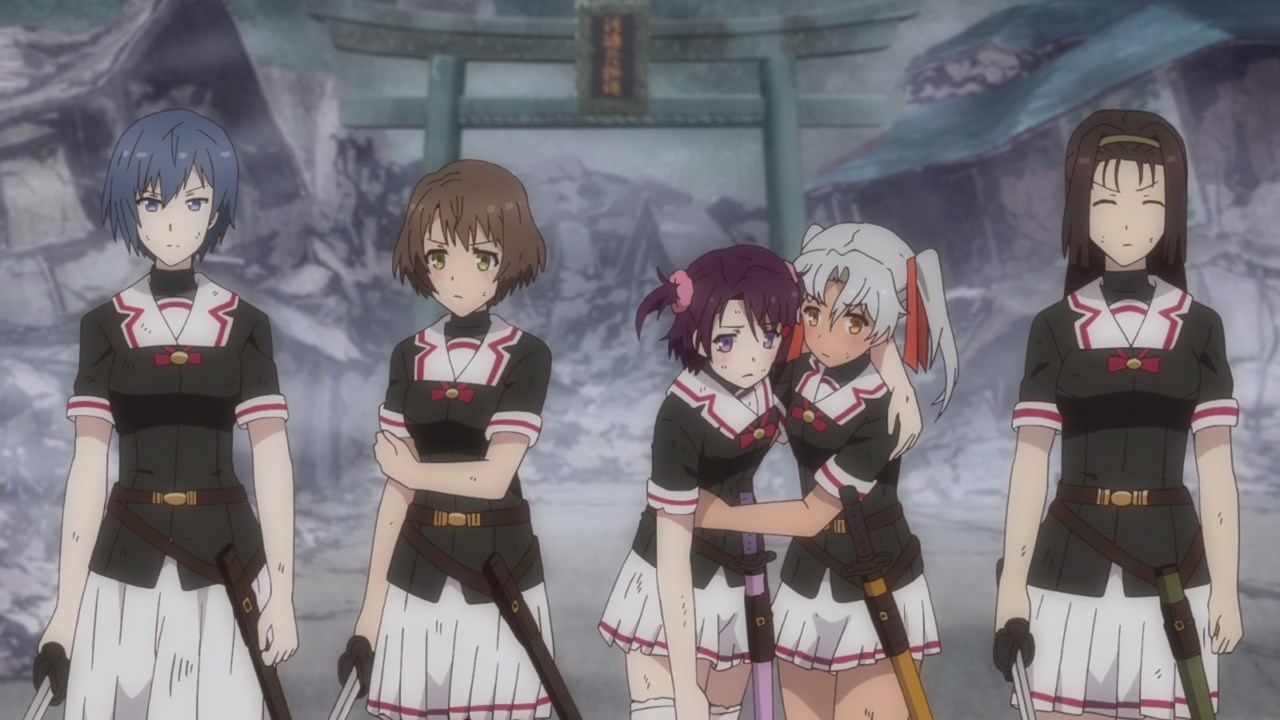 20 years ago, the great aratama disaster at Sagami Bay has claimed more than 1,000 lives and others are injured.

Meanwhile, the Special Ritual Maneuver Team in which comprised of Iroha Gojou, Ema Hashima are 3 other toji are making their escape. However, only a few remained at the island of Enoshima… 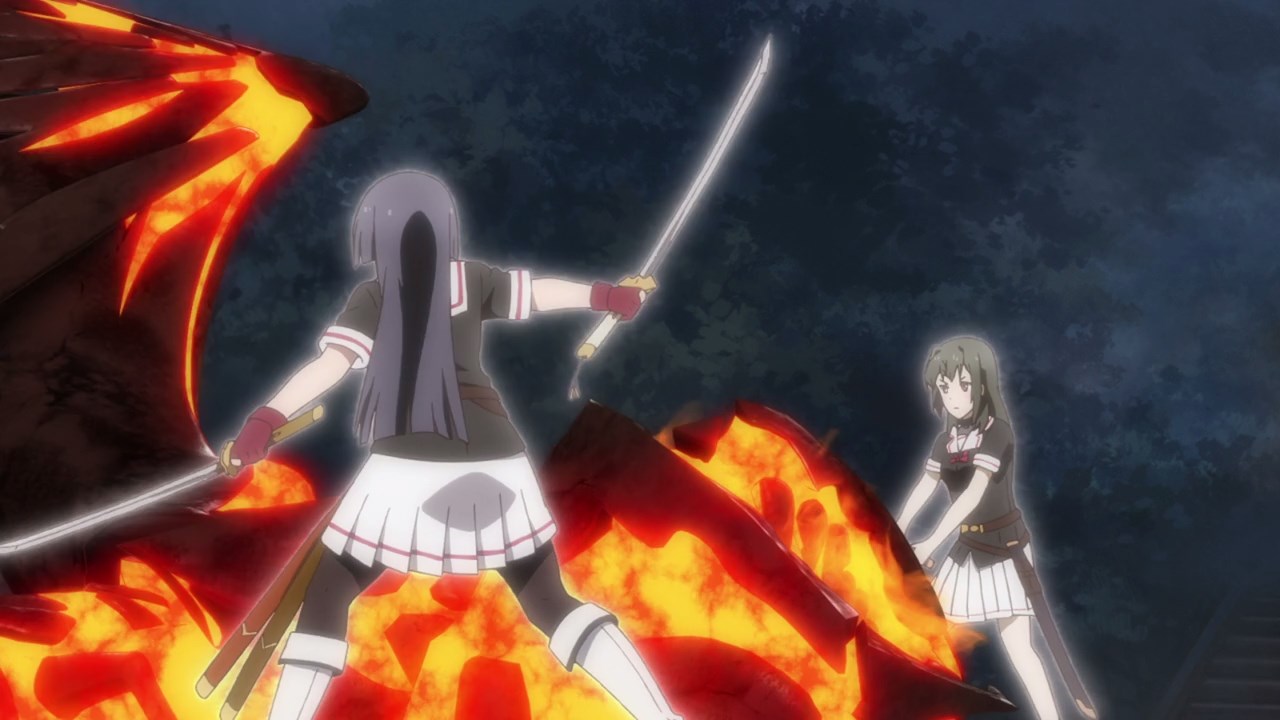 …as Yukari Origami and Kagari Hiiragi remained behind to stop Princess Tagitsu, the root cause of the great disaster, once and for all.

However, both of them are struggling to stop the great aratama for causing so much destruction. 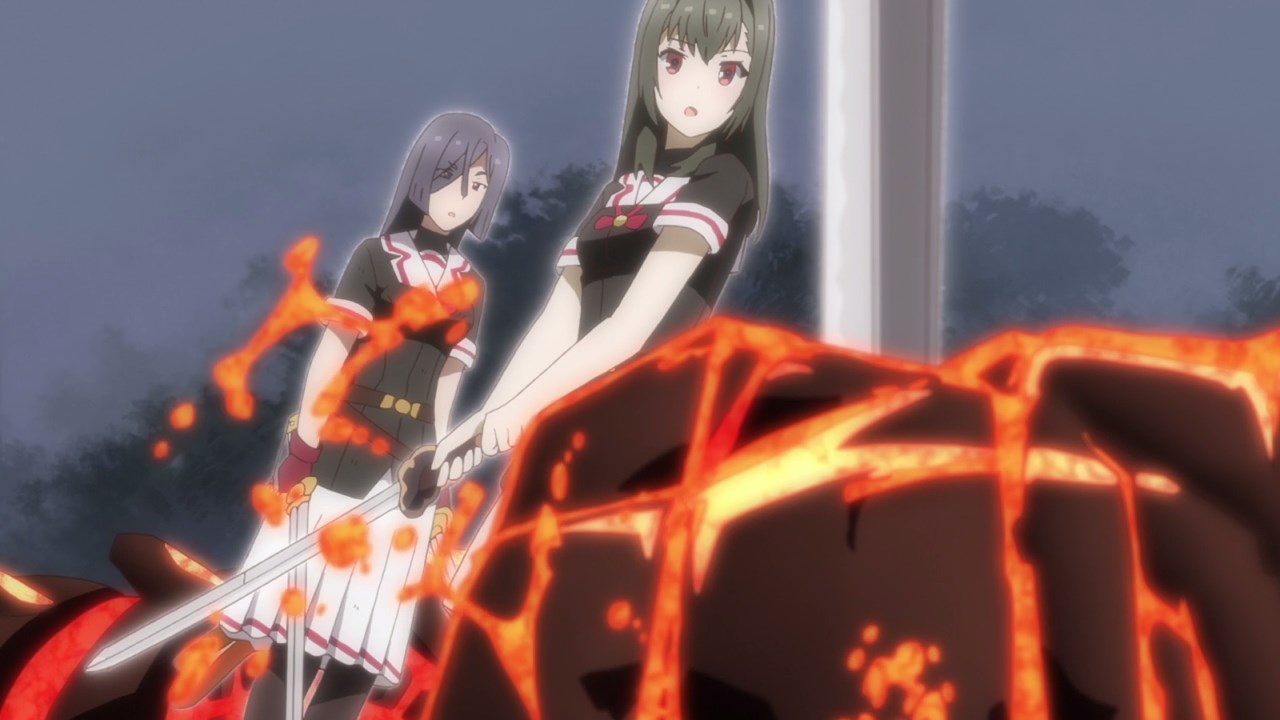 Not until a certain toji arrived to assist both Kagari and Yukari-sama as their strength is not enough to destroy the great aratama. 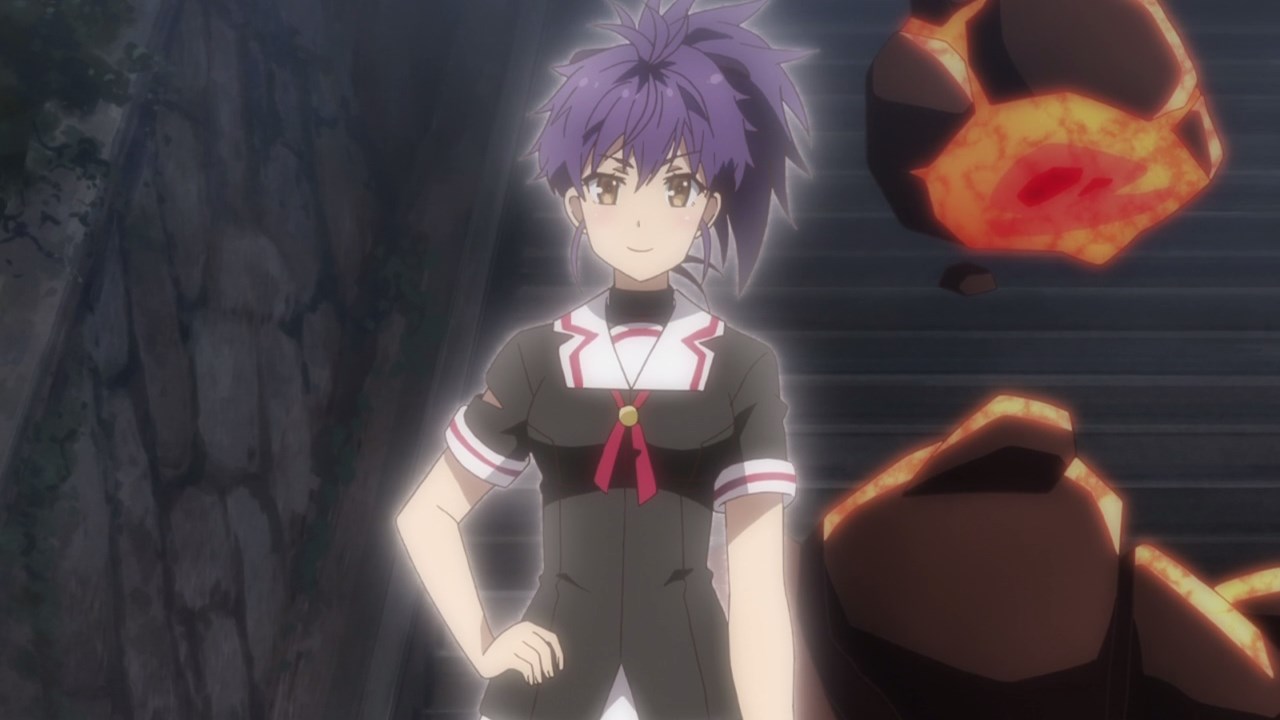 That toji is none other than Minato Fujiwara where she stayed behind to help them on defeating Princess Tagitsu, using a secret technique which it’ll be fatal upon using it against the great aratama.

And with that said, the great disaster is over in which Princess Tagitsu is sealed… but that’s the official report on it. 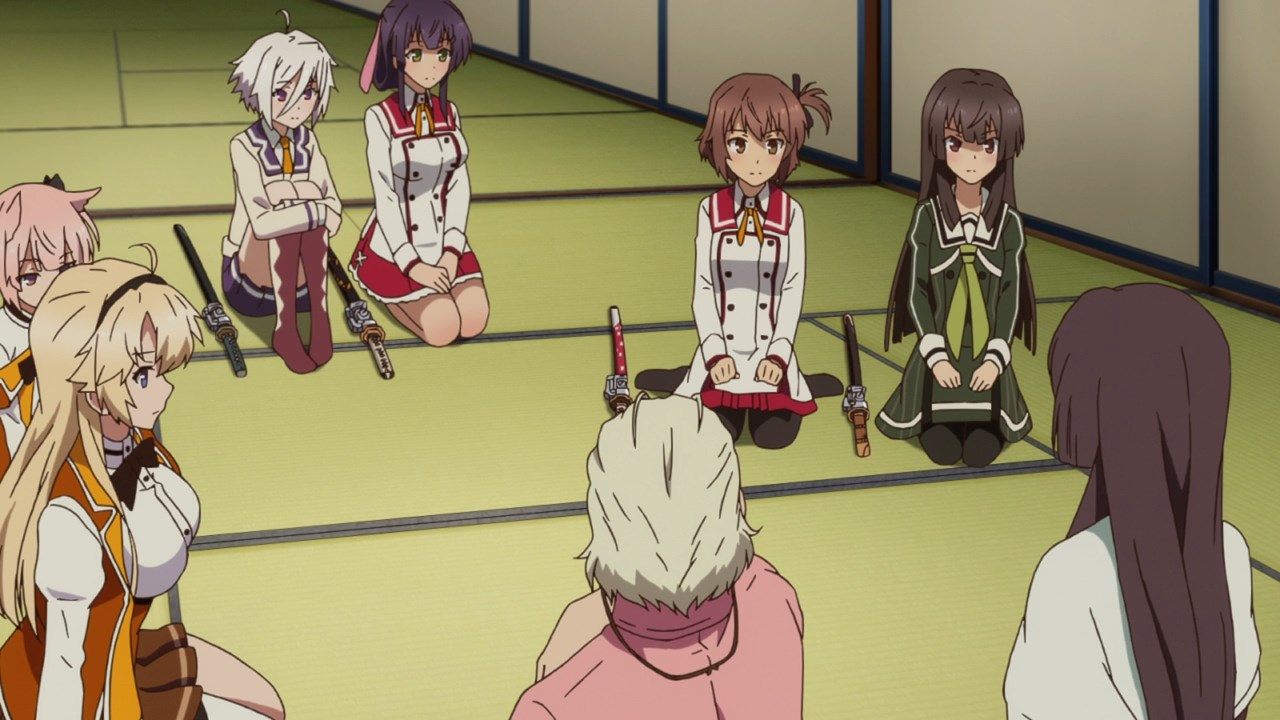 As we all know, Princess Tagitsu now resides is Yukari Origami’s body and Akane Origami learned it the hard way when she saw her sister talking to an aratama.

Because of this revelation, Akane Origami decided to find various people such as Richard Friedman and Sana Maniwa who opposed Yukari’s reign and formed Mokusa in order to stop her regime from creating another aratama disaster. 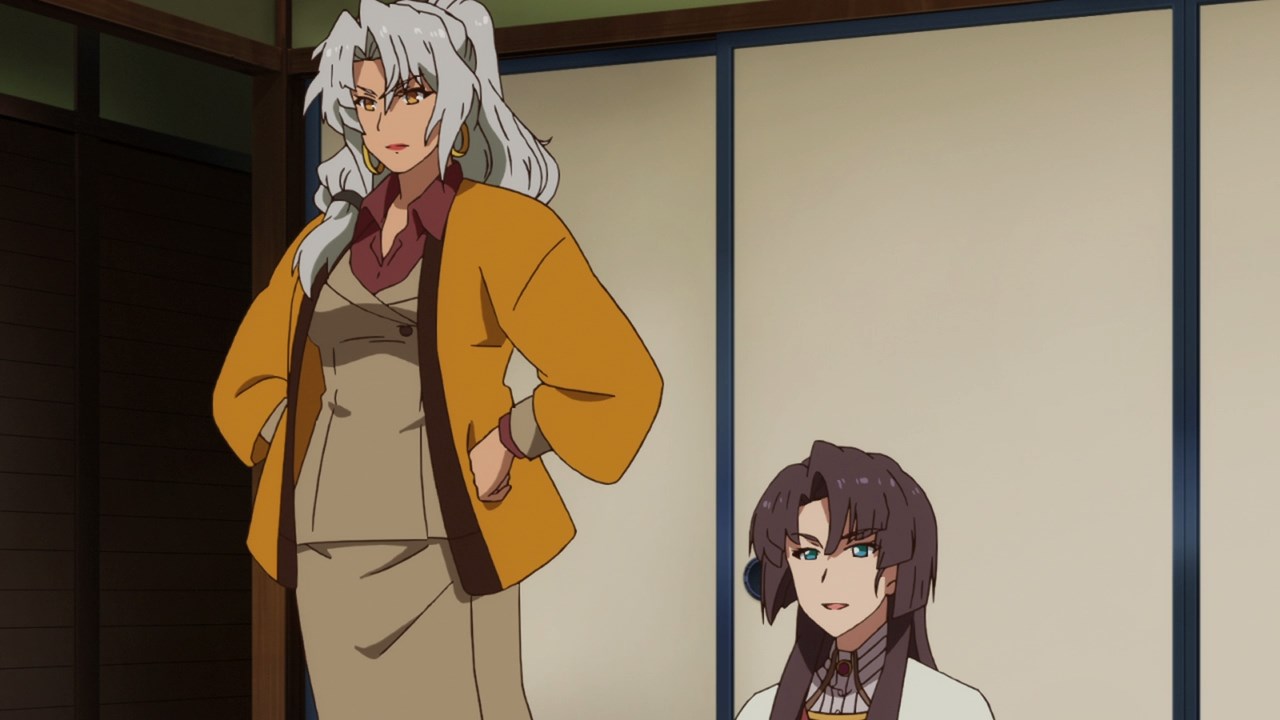 And joining Akane Origami is Sana Maniwa, the president of Osafune Girls’ Academy who shed more light on the great disaster at Sagami Bay 20 years ago.

She explained that while Yukari Origami is the one who defeated Princess Tagitsu according to the official books, Sana-san told about both Kagari Hiiragi and Minato Fujiwara’s contribution on stopping the great aratama… at least temporarily since it was eventually emerged from Yukari’s body. So yeah, I’ve mentioned earlier that Kagari and Minato helped Yukari-san on sealing Princess Tagitsu away using their life force. 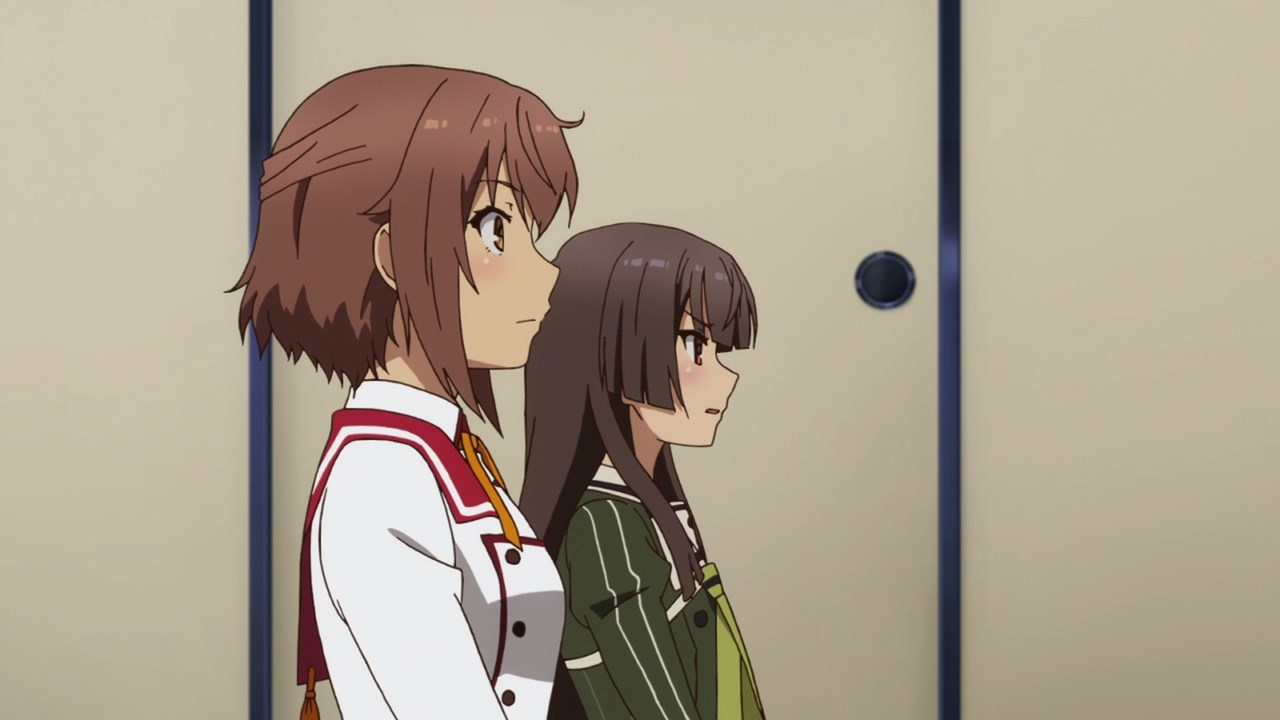 And speaking of both Minato Fujiwara and Kagari Hiiragi, Sana Maniwa explained that both toji are actually Kanami and Hiyori’s respective mothers, even more so with the former as Kagari didn’t know that her mother was an excellent toji until now.

But that’s about it for the story about the great disaster from 20 years ago, as the girls must train harder in order to beat the elite guards and eventually Yukari Origami. 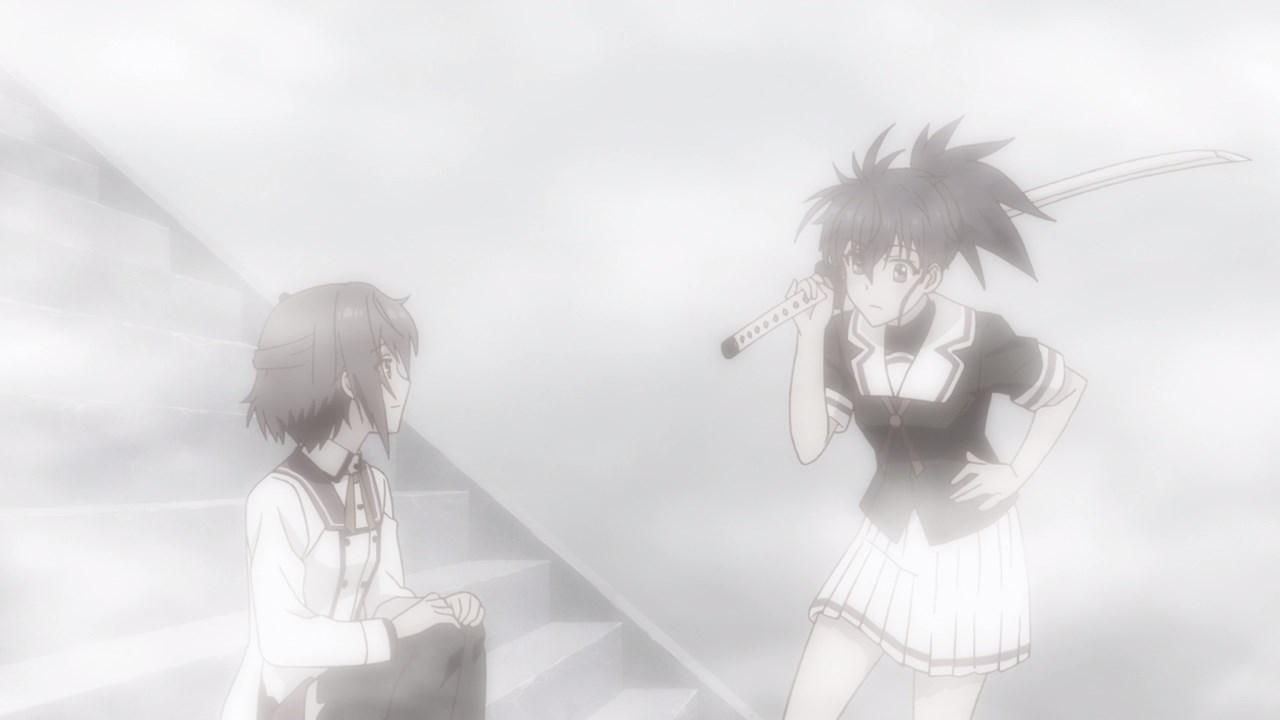 In any case, I’ll see you next time as Sana Maniwa will take the noro sample at Osafune Girls’ Academy and study it. Of course, I have a feeling that Akane Origami and the Mokusa organization are in danger of being discovered by the elite guard.