Darling in the FranXX Episode #07

Hey everyone, it’s time for a beach episode since Plantation 13’s FranXX team got a day-off after that impressive battle from the previous episode.

Yeah, they deserved a vacation but what about Plantation 26’s FranXX team? Are they being disposed after being the better and more seasoned team? Man, if Papa and his council has decided to kill them off, I feel that they’re the real enemies other than the klaxosaurs. 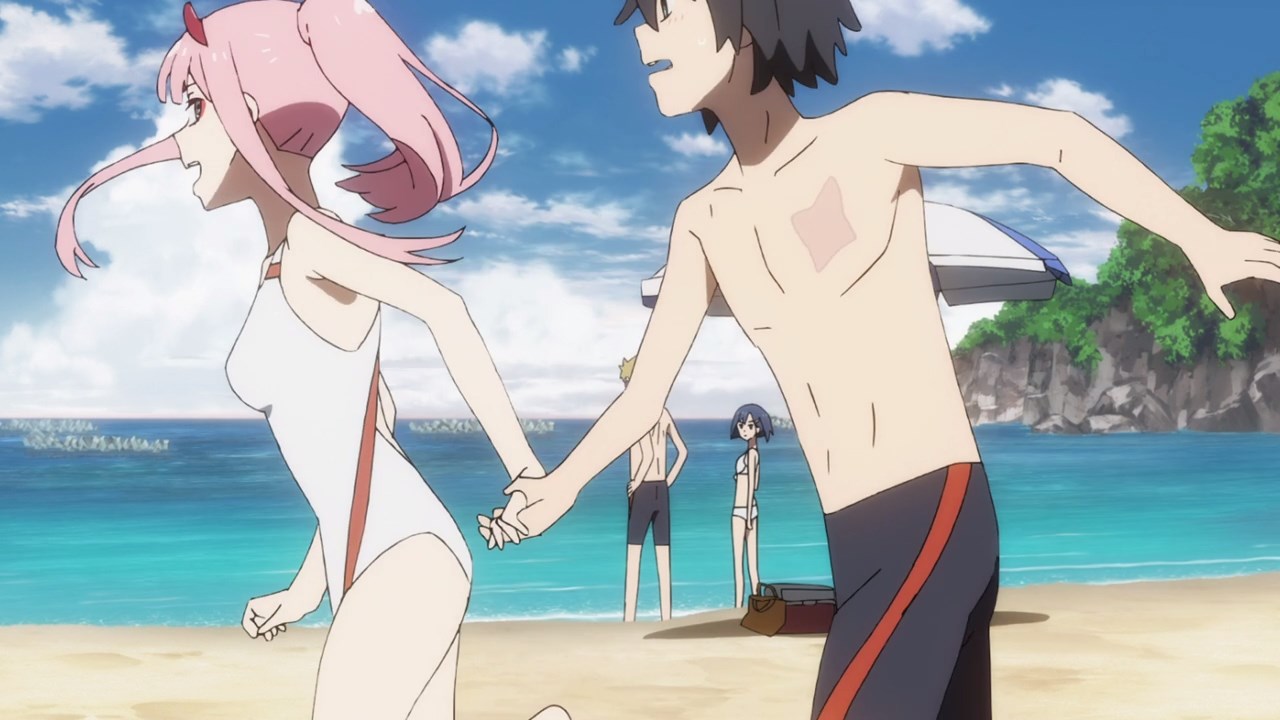 By the way, they’re now officially parasites and both of them are included into Plantation 13’s FranXX team. Of course, the higher-ups wanted it to happen just to keep an eye on Zero-Two and Hiro. 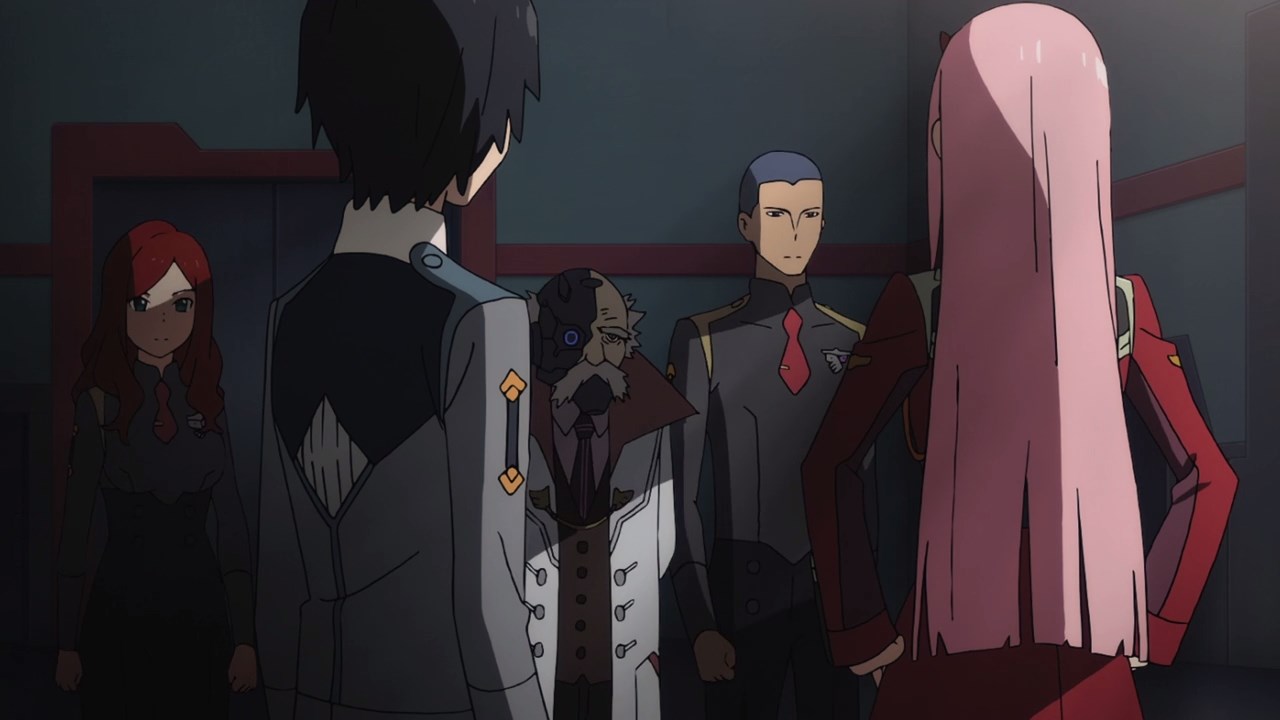 But before their vacation, Hiro got to meet with Dr. Franxx, the creator of the mechas that bear his name, where he told Hiro not to get emotionally-invested on Zero-Two or he’ll regret it.

So Dr. Franxx, are you telling Code:016 “Hiro” not to get cucked later on? Let’s hope that it won’t happen to him! 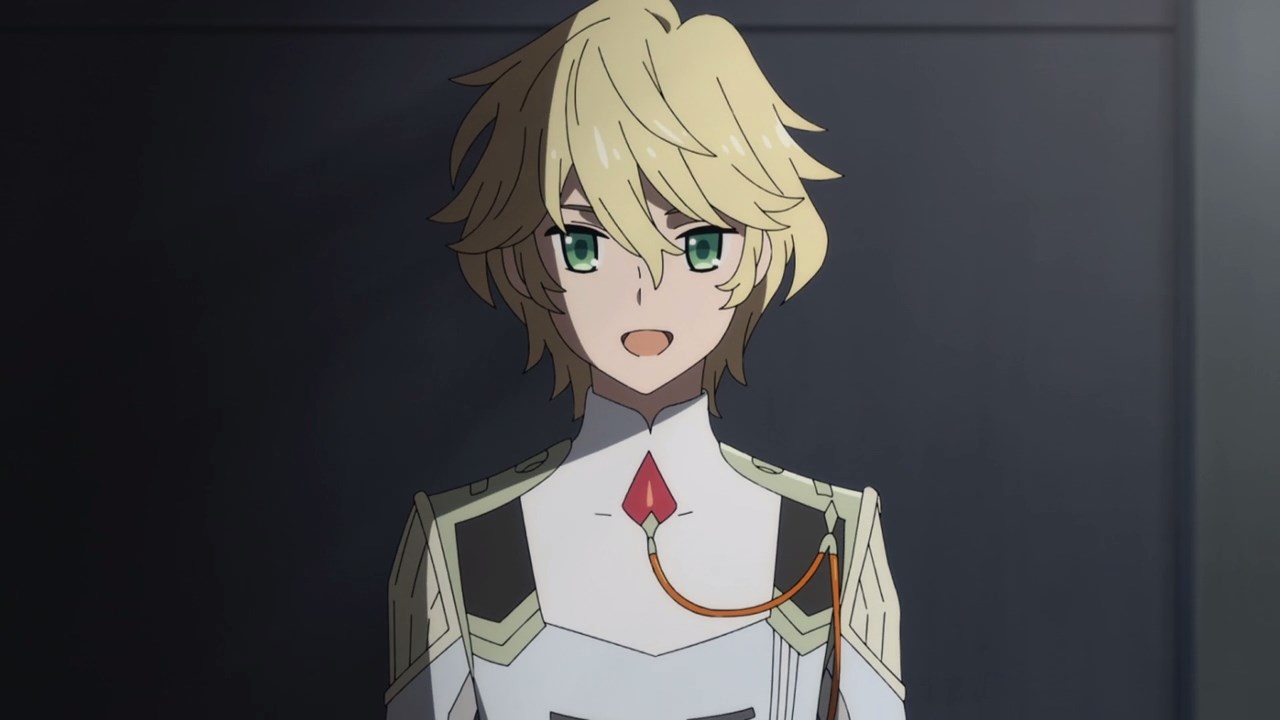 Also, we have a new character introduced who calls himself as 9’α “Nine Alpha”. What a weird name, but this guy will be important later on… 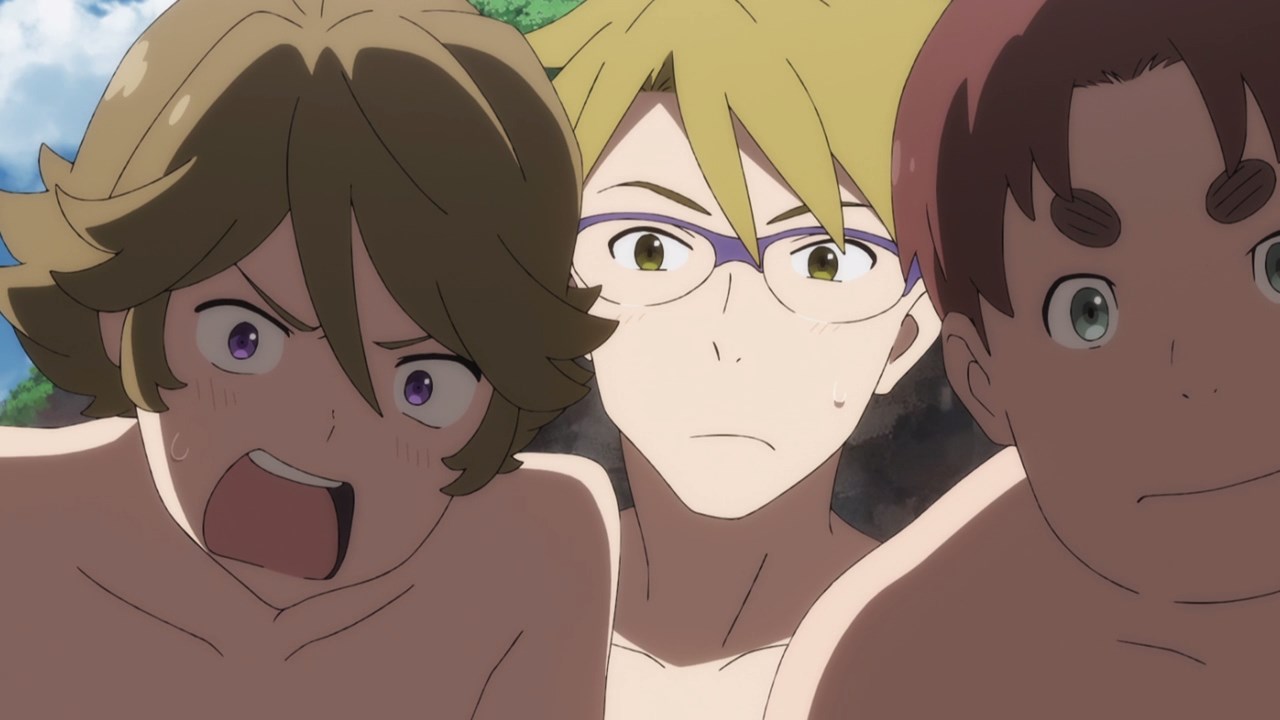 But now, let’s go back to the beach where Code:666 “Zorome” and other stamen are asking what a kiss is. 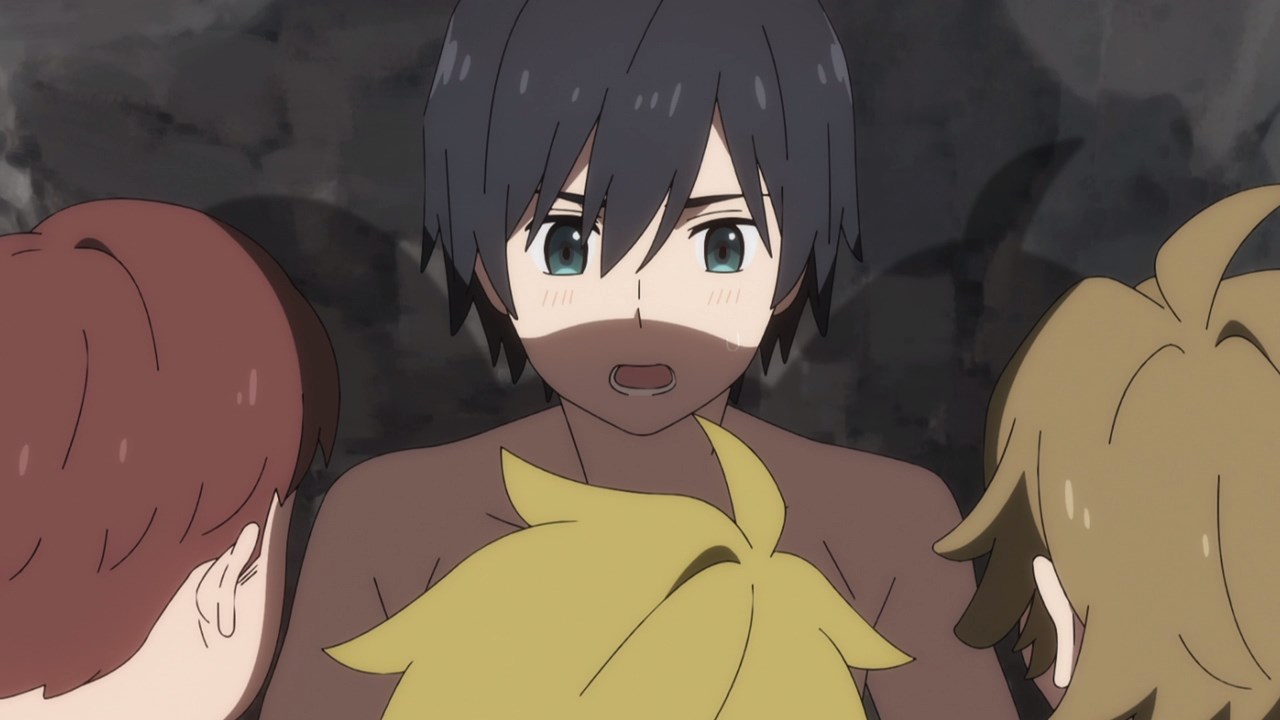 And the only one who actually made the kiss is none other than Code:016 “Hiro”, so they want to know what is like to kiss someone.

Of course, it’s a special thing and it’s not easy doing it. I mean, if you have someone you really like, that’s the time you’ll kiss that person. But yeah, Hiro just got lucky that he got a kiss from Zero-Two and even Ichigo too. Man, if only Ichigo would notice Goro romantically… 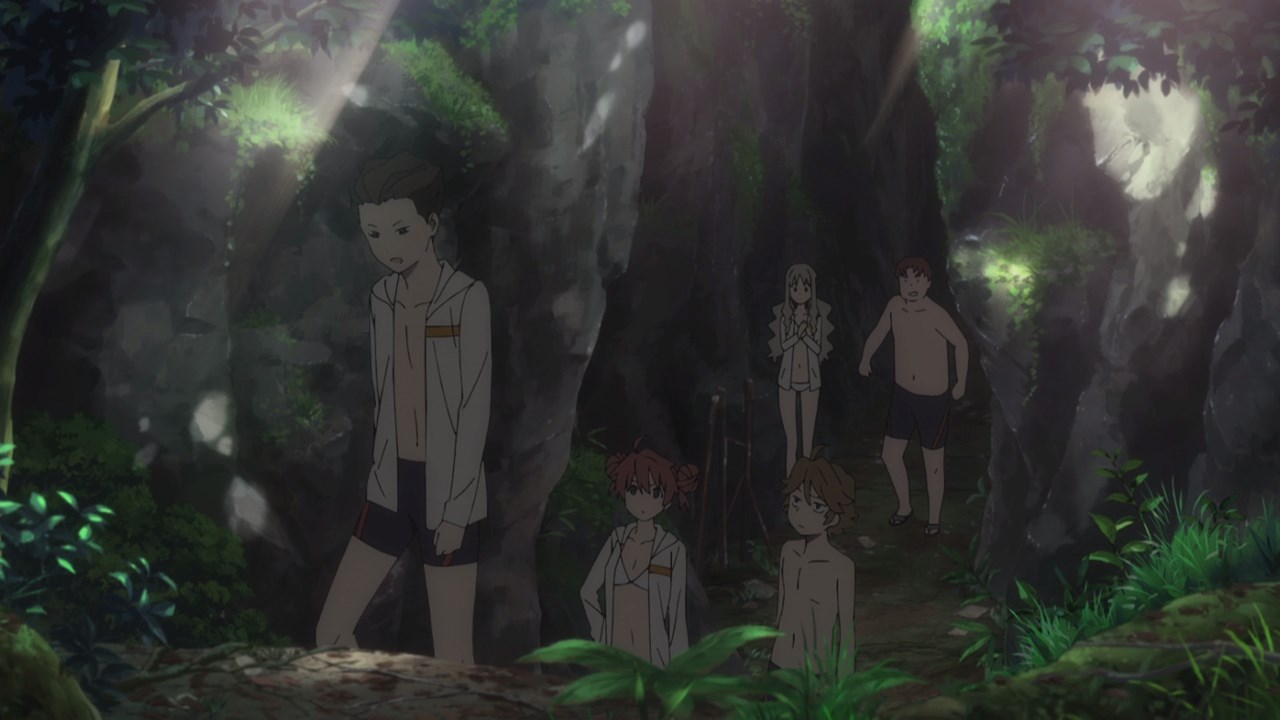 Meanwhile, seems that Code:326 “Mitsuru” found something interesting as he and his fellow parasites went deeper into the island. 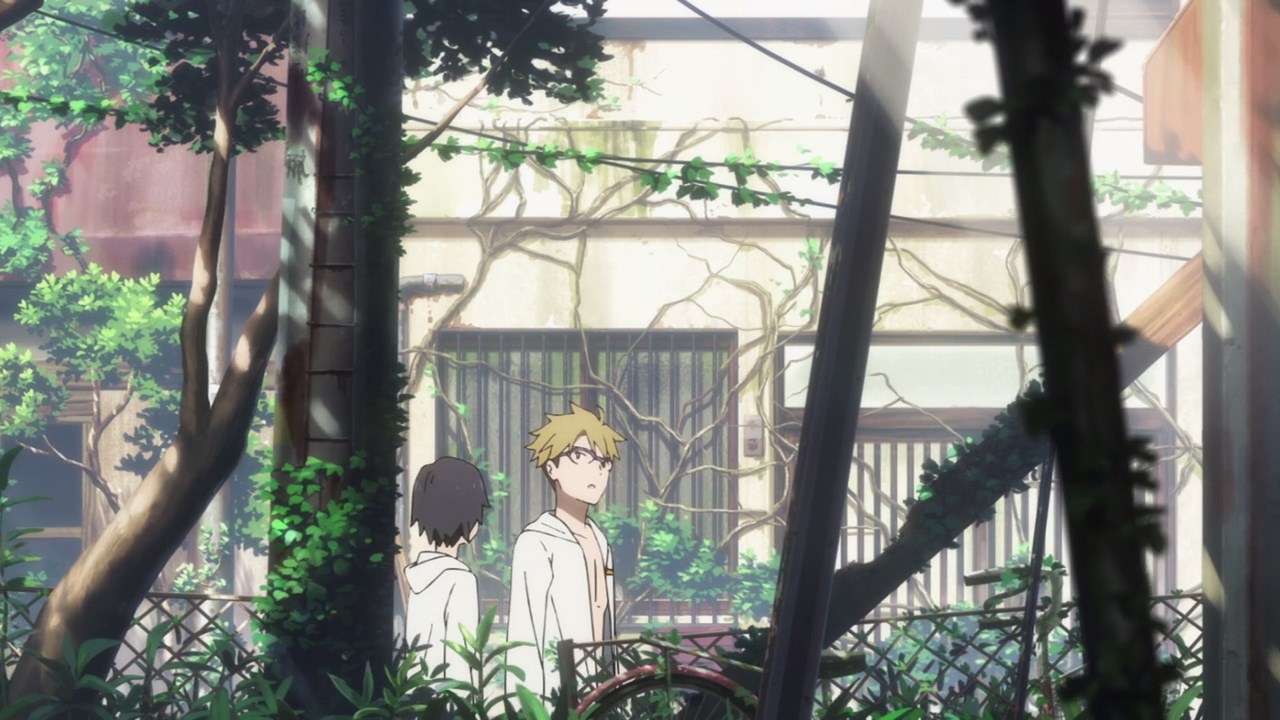 Turns out that there’s a city on this island and as you may notice that it’s abandoned.

Also, Zero-Two pointed out that this city used to have people before they move elsewhere. Some went to space, while others went to live in fort cities like Mistilteinn. But yes, this island was once lived by humans. 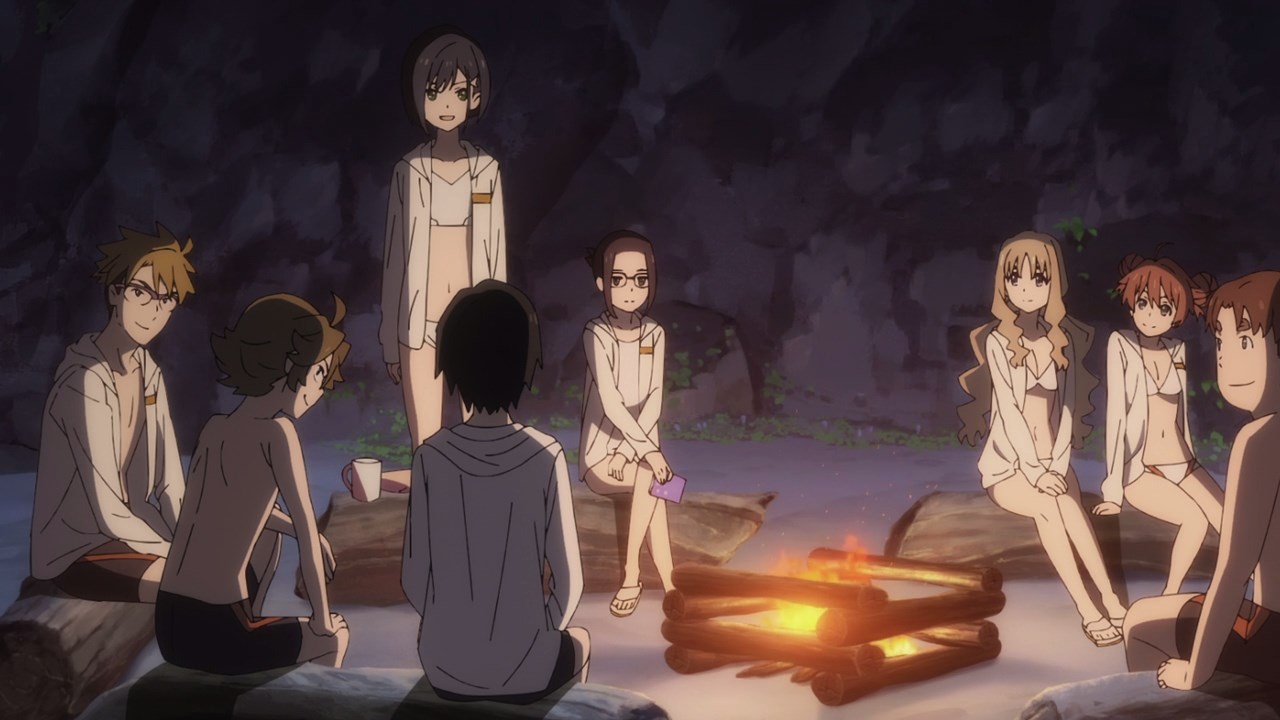 In any case, it’s night time and they celebrate the inclusion of both Hiro and Zero-Two to the team with a barbecue party. Aww, isn’t it nice? 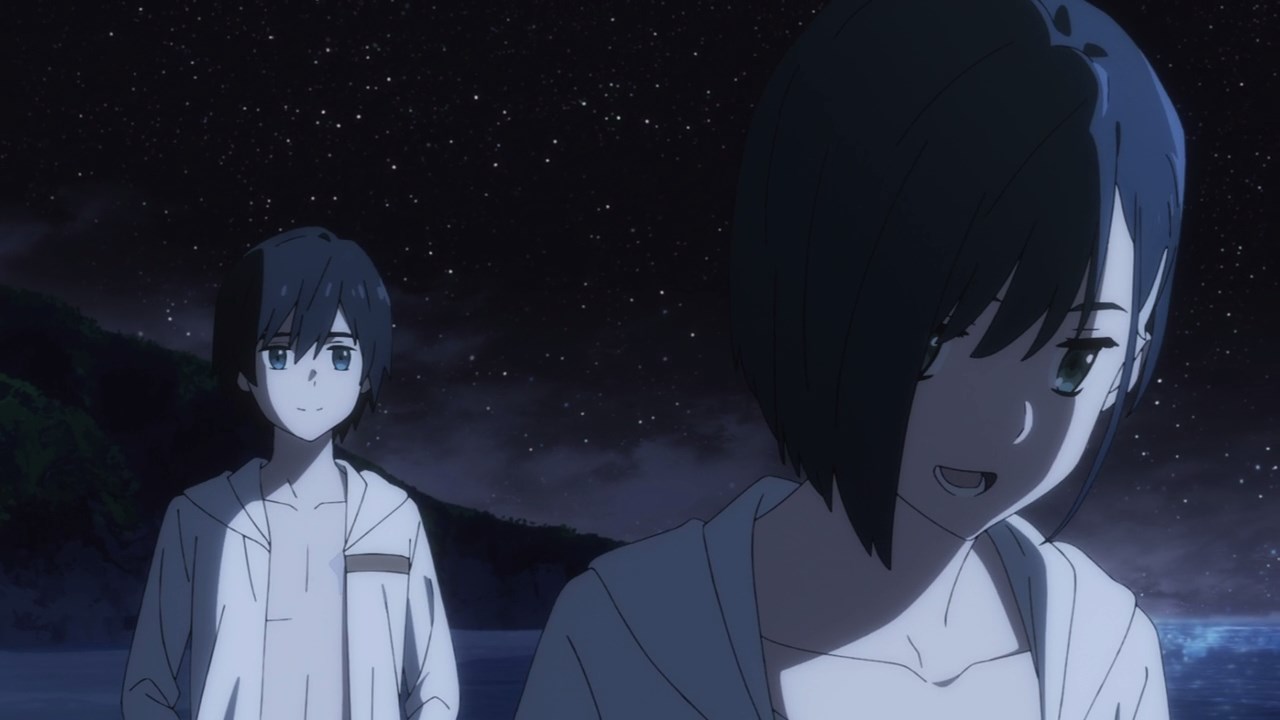 One last thing, seems that Code:015 “Ichigo” wants to tell something important again towards Code:016 “Hiro”. However, she decided not to as Hiro might not hear it. 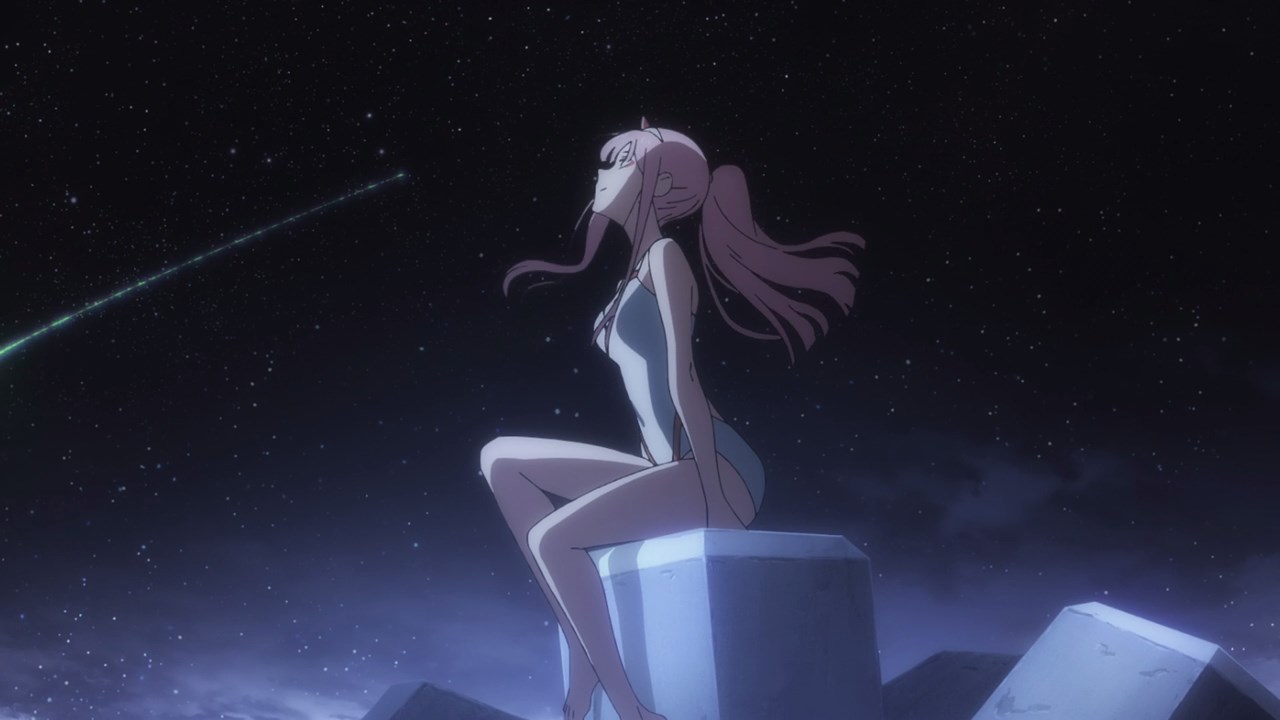 With that said, I’ll leave you with this wonderful shot of Zero-Two with shooting stars at the background to close this episode out. Isn’t it lovely?