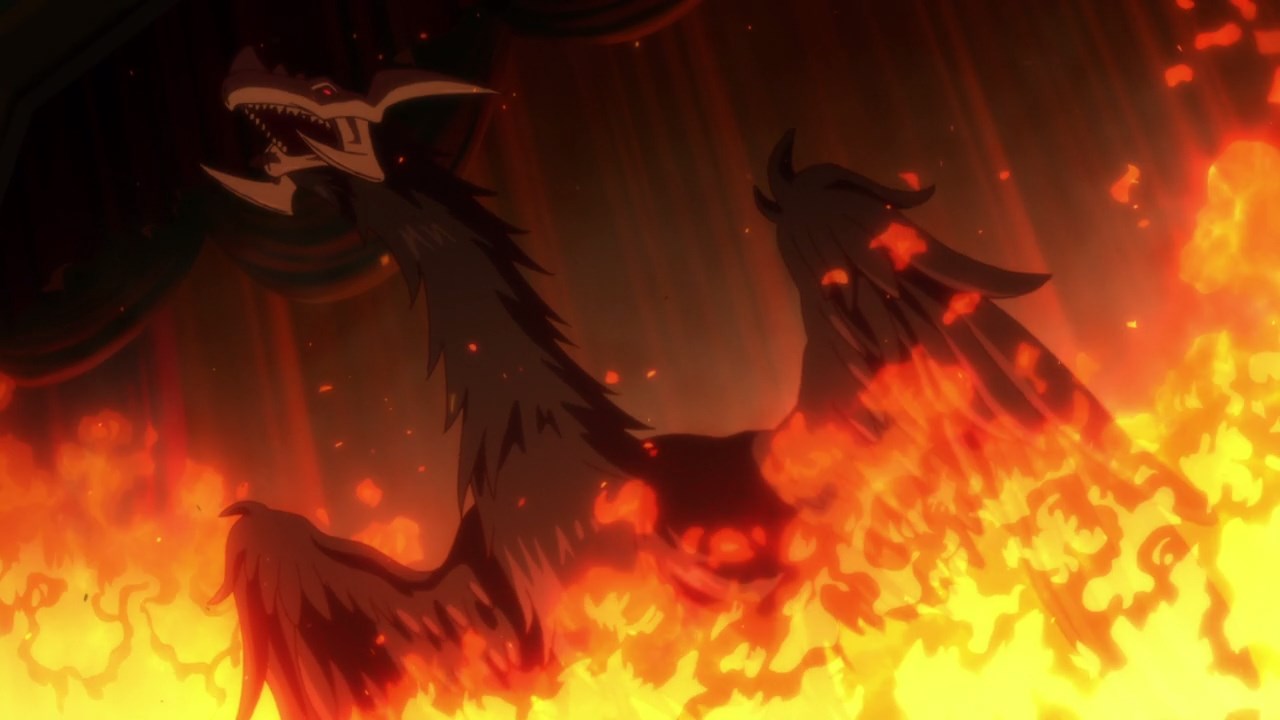 Well everyone, this episode is gonna get serious as this dragon is thrashing inside the auction house which is located underground.

Oh yeah,and those people at the surface might get caught once the dragon leaves the auction house and went to the city of London. 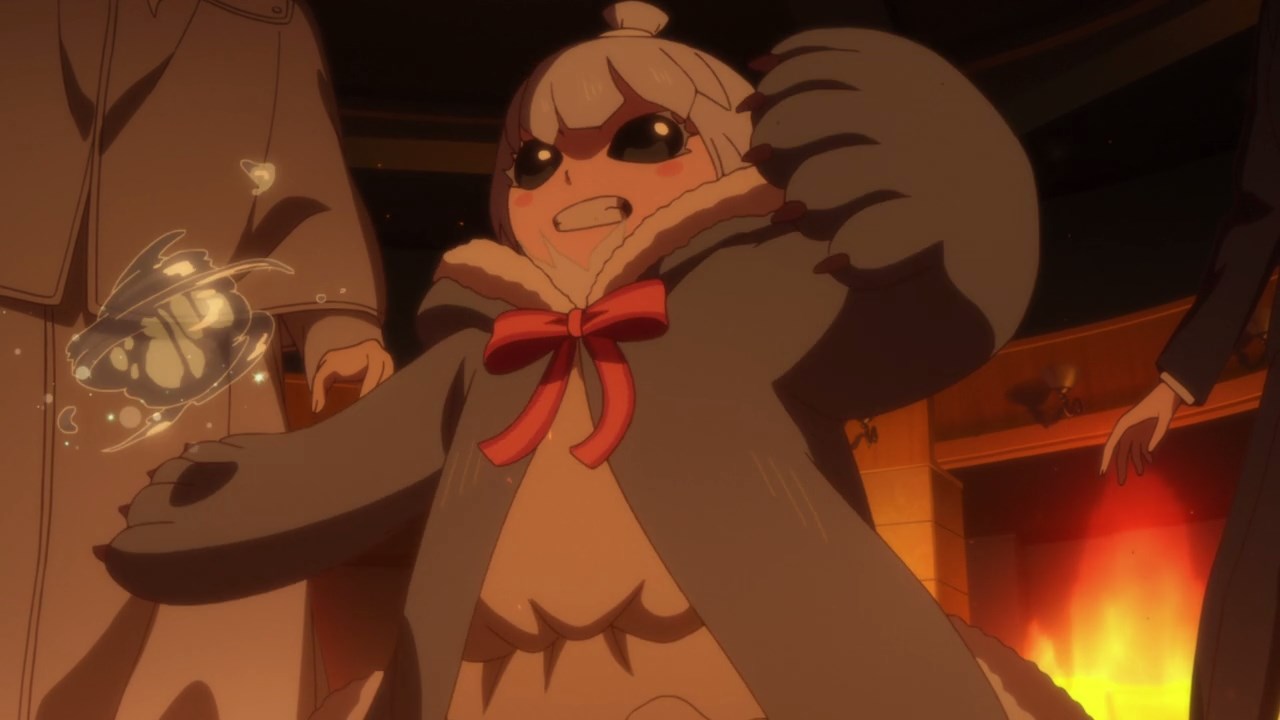 Of course, they don’t want to have this dragon roam freely in its current state as Lindel’s selkie companion Merituuli has arrived to stop the dragon from destroying the auction house… 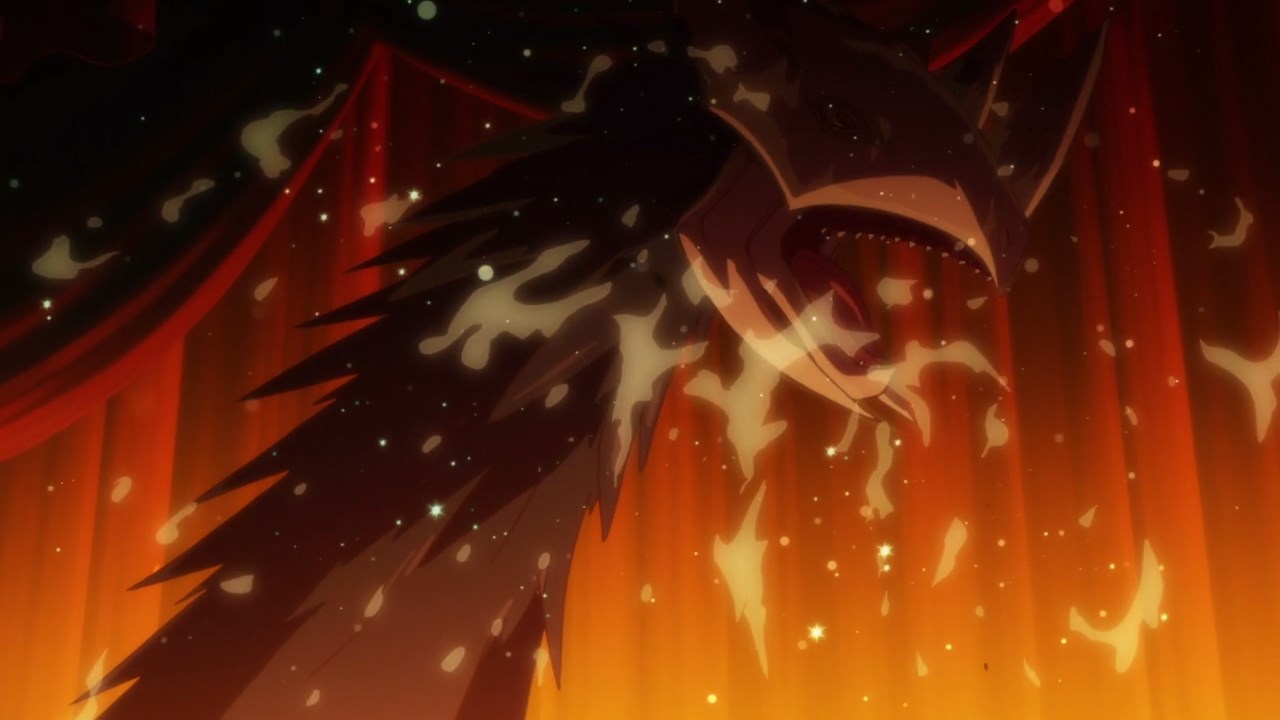 …by throwing some water at them. Well, this selkie doesn’t like dragons who are naughty but it’s not effective when it comes to quelling a dragon. 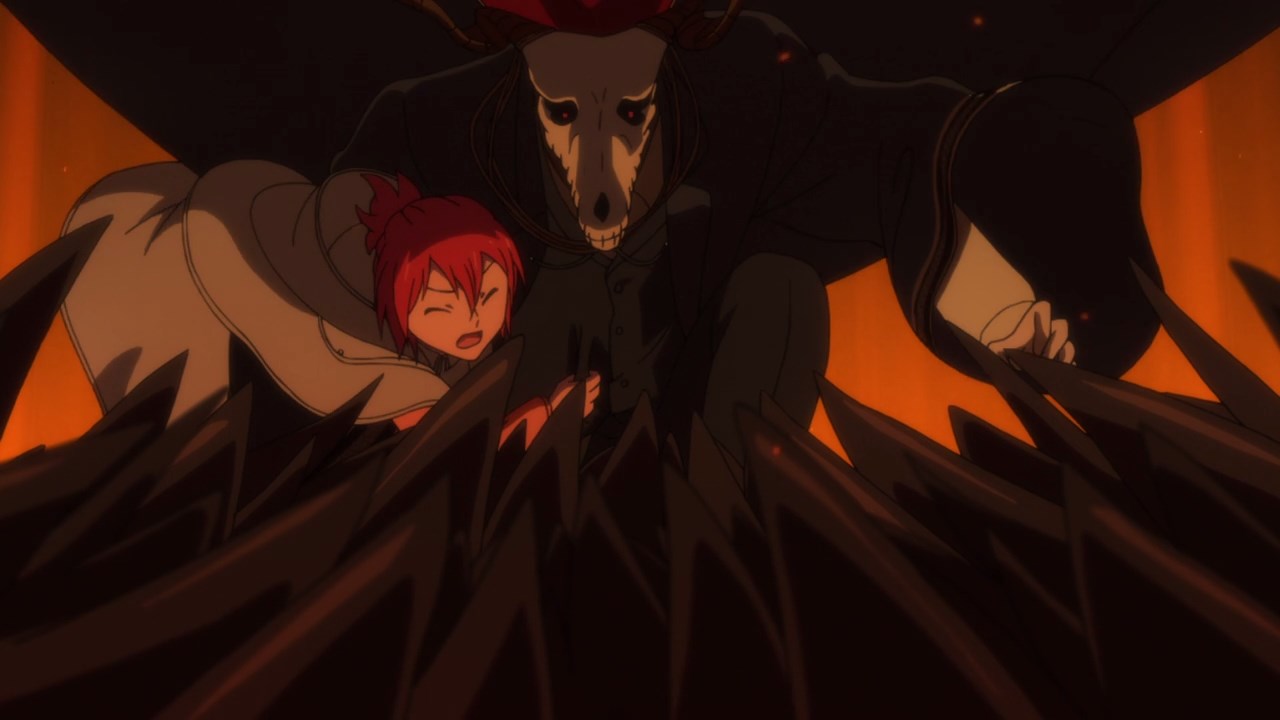 Now then, the only way to stop this dragon is to absorb its energy. So, it’s up to Chise Hatori and Elias Ainsworth to do their job on calming the dragon down. However, there’s a problem… 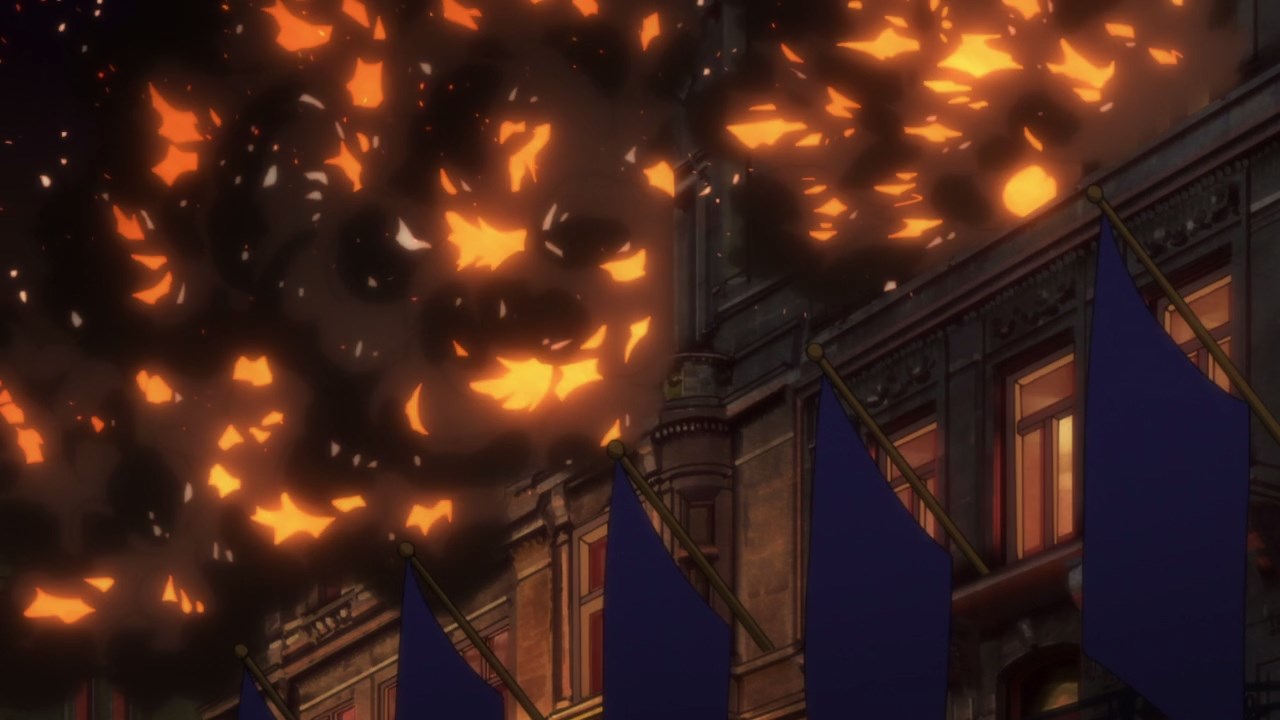 Turns out that the dragon couldn’t take it anymore and went outside, destroying this building in the process.

I have to say that most of the people are inside this building are killed instantly. And you know what, I’ll blame Cartaphilus for this since he made some awful augmentations towards the dragon in the first place! 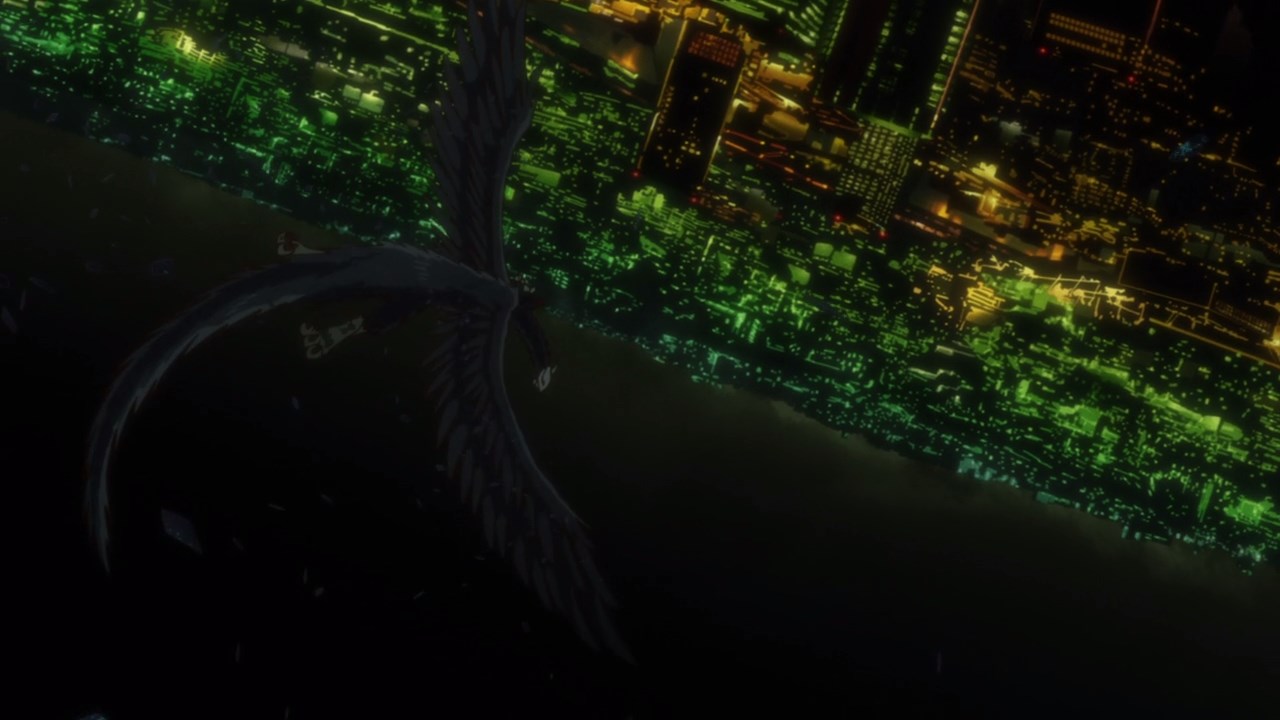 Now that the dragon is outside, the city of London is in danger of being decimated and we can’t let that happened. Well, time to quell this dragon by draining its powers! 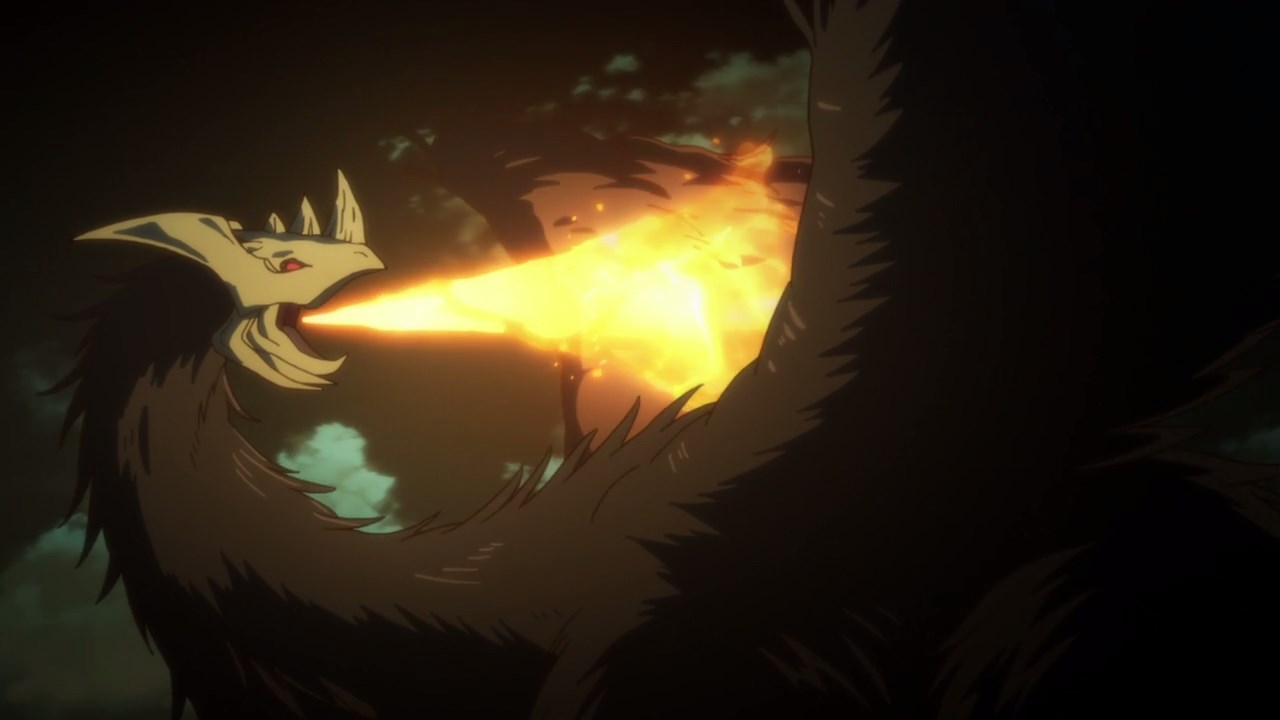 However, it appears that this dragon doesn’t like Elias Ainsworth very much as it spew fire towards the Thorn Mage… 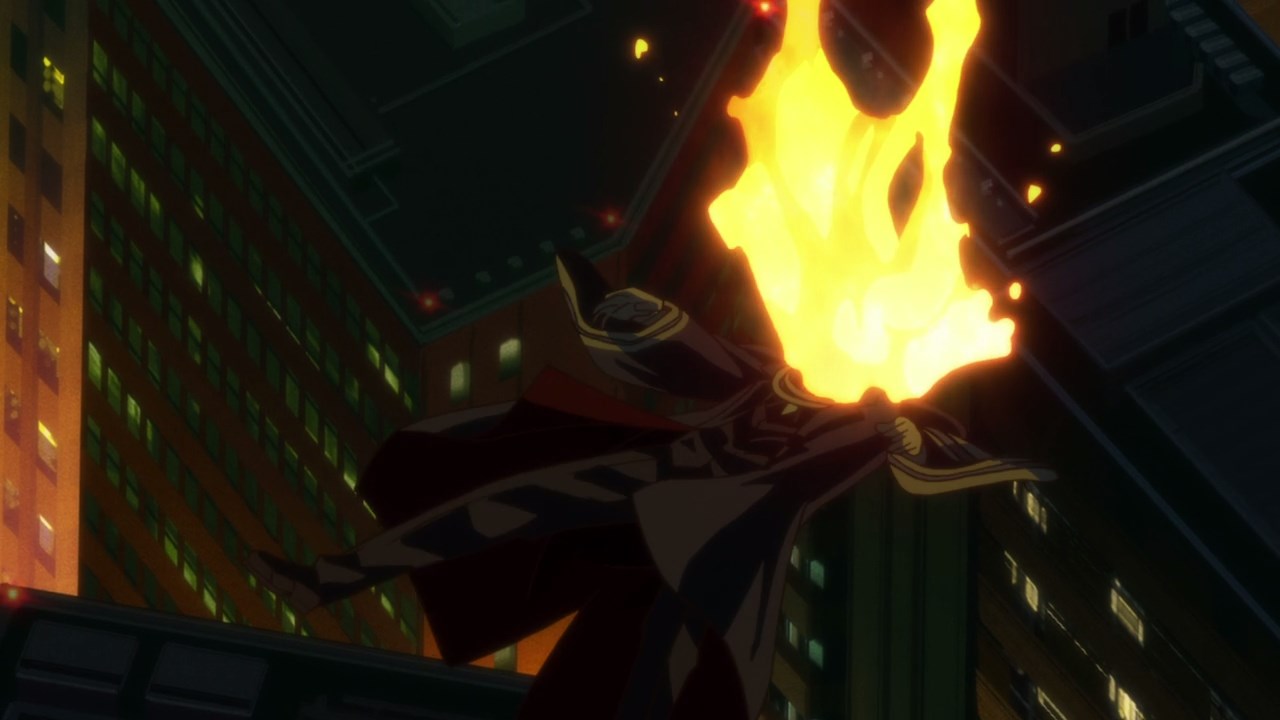 …having his face burned and knocking him down from the dragon’s back. I’m hoping that he’ll survive but without Elias’ help, it’s gonna be a tough job for Chise to suck its mana since her fragile body can’t take it. 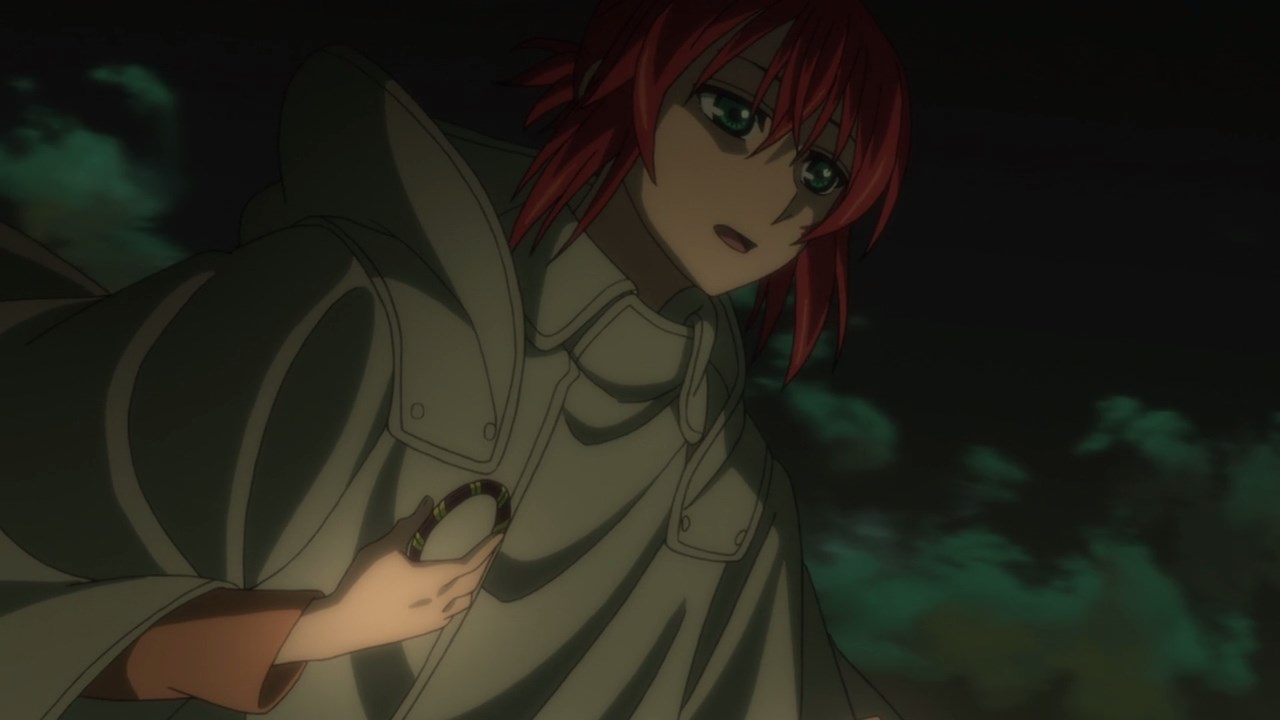 Then again, she decides to do it anyway as Chise removes the bracelet that suppresses the flow of magic inside her.

Yeah, Chise Hatori knows the risks involved since she’s a Sleigh Beggy and she doesn’t want others getting hurt by the dragon. 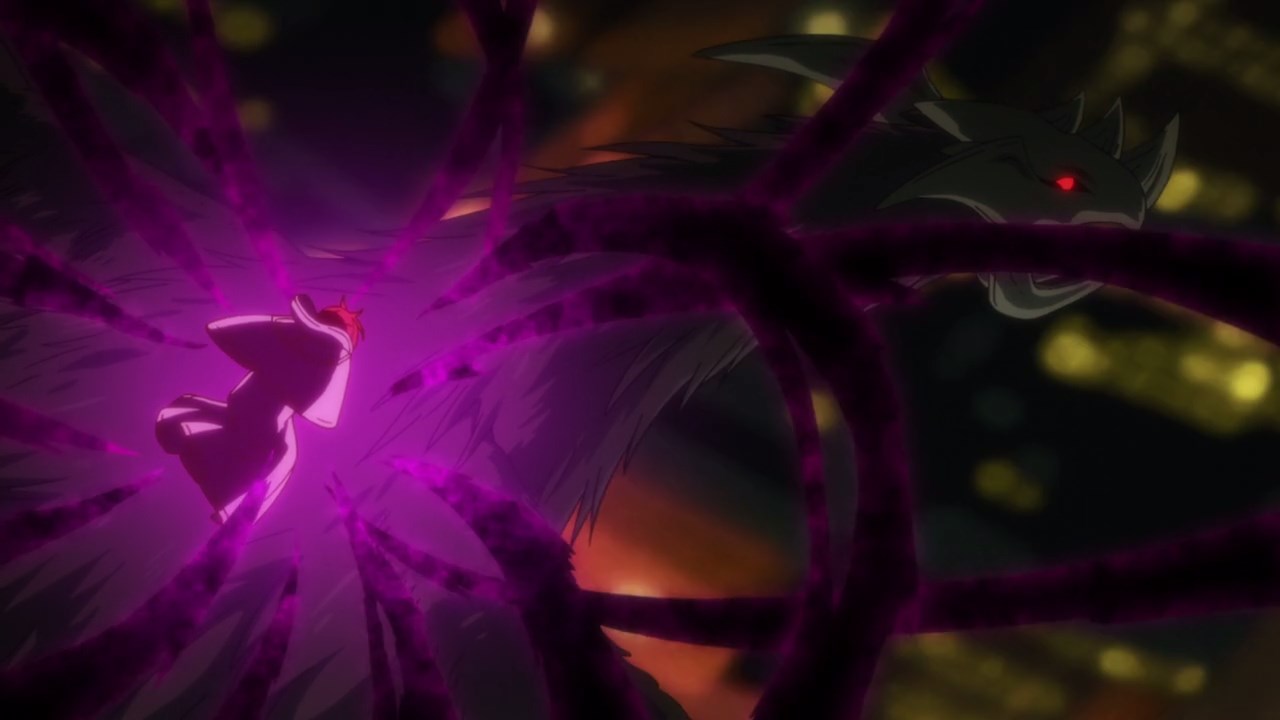 In any case, Chise proceeds to absorb mana from this dragon’s body until its no longer running amok. 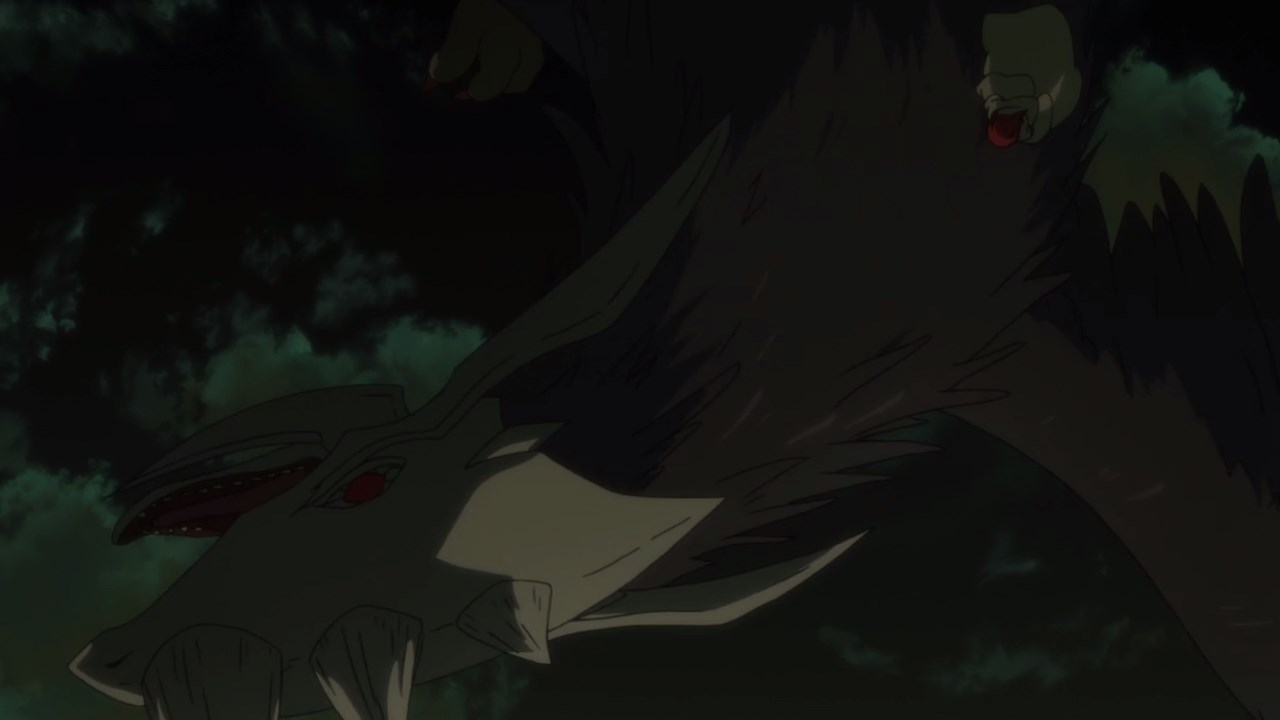 Eventually, the dragon returned to its original form and passed out. As for Chise, it seems that couldn’t handle the surge of mana into her body and fainted. 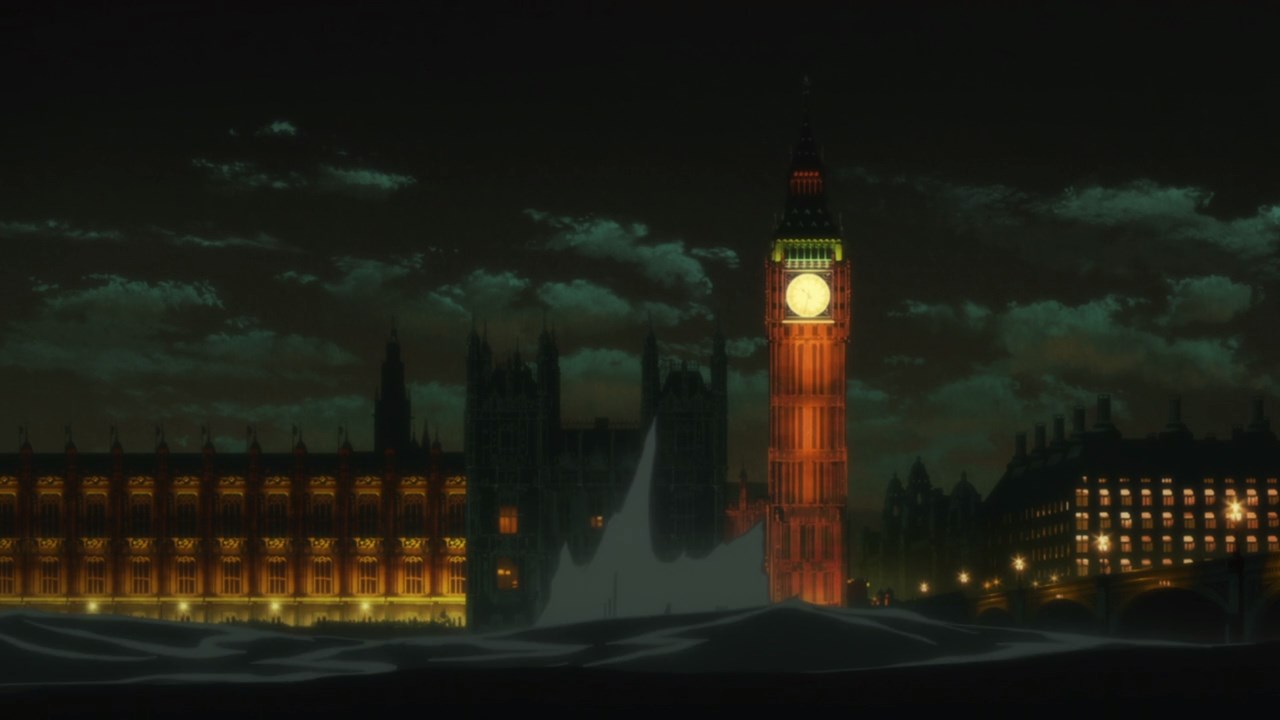 Well, looks like the dragon’s rage is finally over as it goes down to the river together with Chise Hatori. Then again, I wonder if she’s still alright? 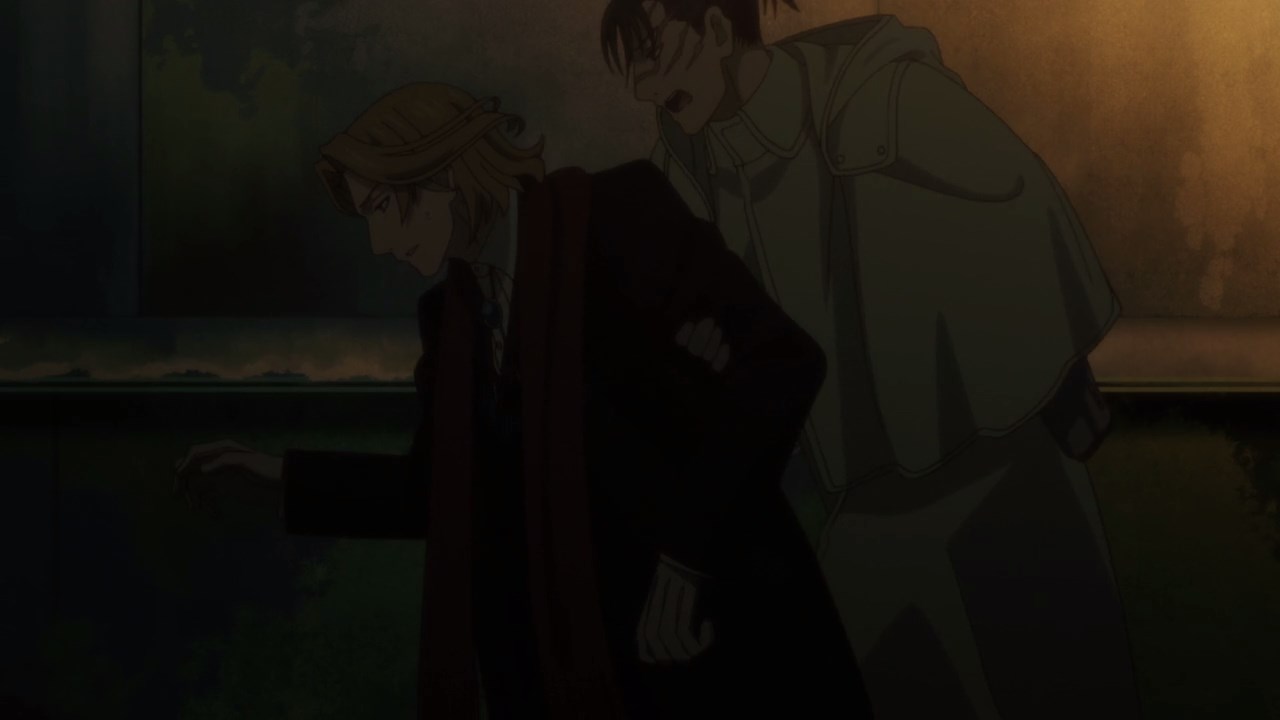 And here’s Elias Ainsworth as he’s accompanied by Mikhail Renfrend and he’s still groggy after his face got blasted by the dragon’s fire breath.

Of course, the Thorn Mage is concerned about Chise’s life as he rushed towards her. 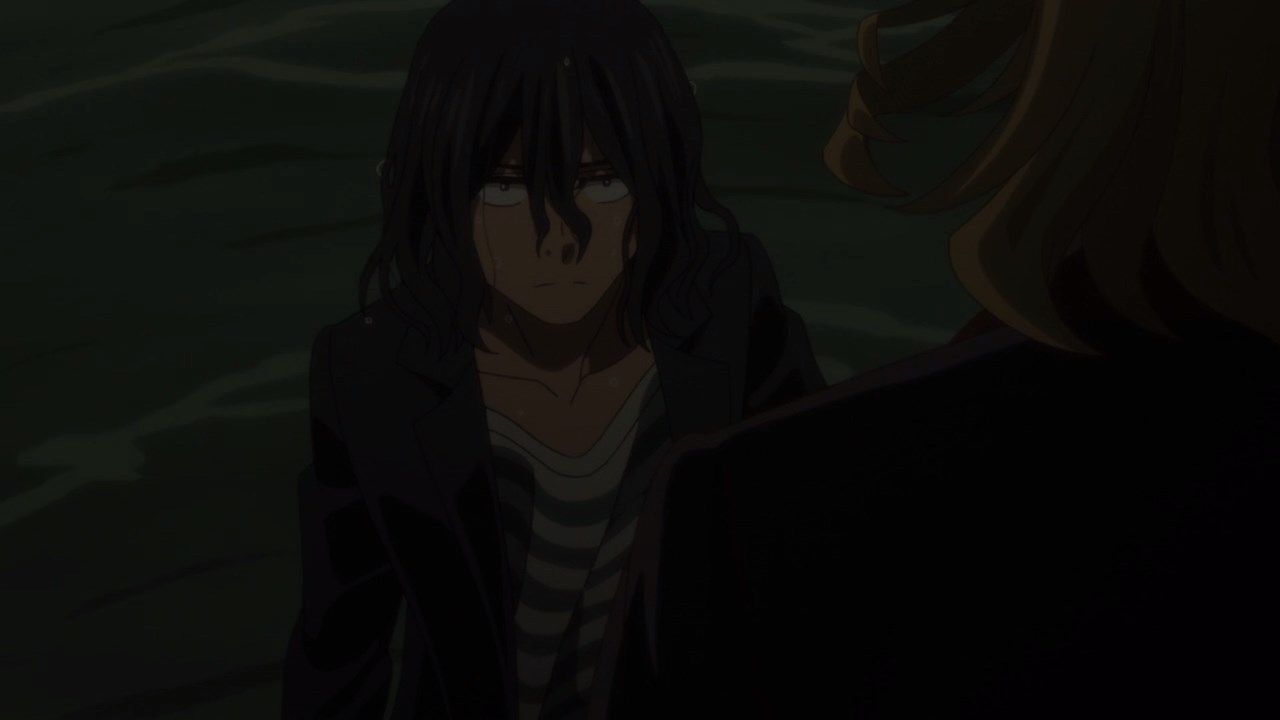 Fortunately, Elias saw Ruth as he managed to pull her out together with the dragon from the river.

Glad that Ruth is here to the rescue, even though he might die since Ruth’s heart is connected to Chise’s life force. 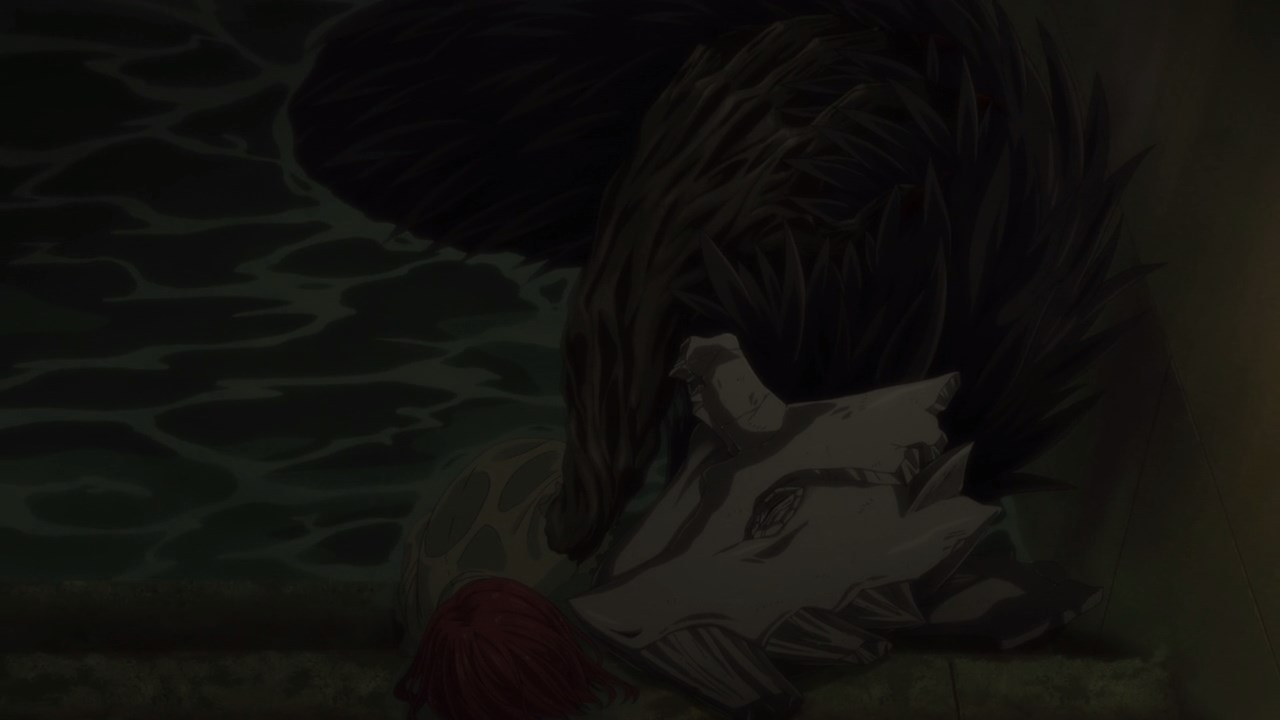 Anyways, both the dragon and Chise Hatori are safe… Well, barely since both of them almost died.

So while the dragon has returned to Iceland where Lindel will take care of it, Chise will need some extensive recovery at the land of the fairies. 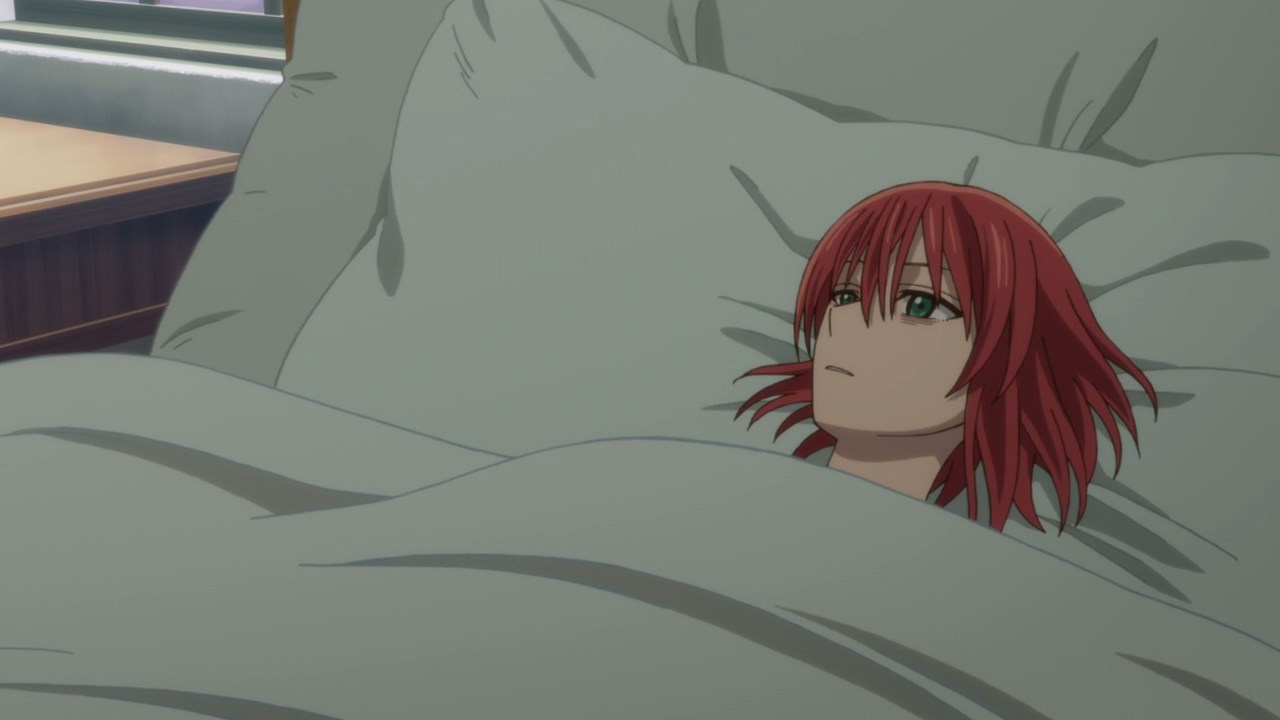 Now then, it looks like Chise Hatori has woken up after a long rest, although she’s a bit groggy since Chise drained the mana from the dragon. 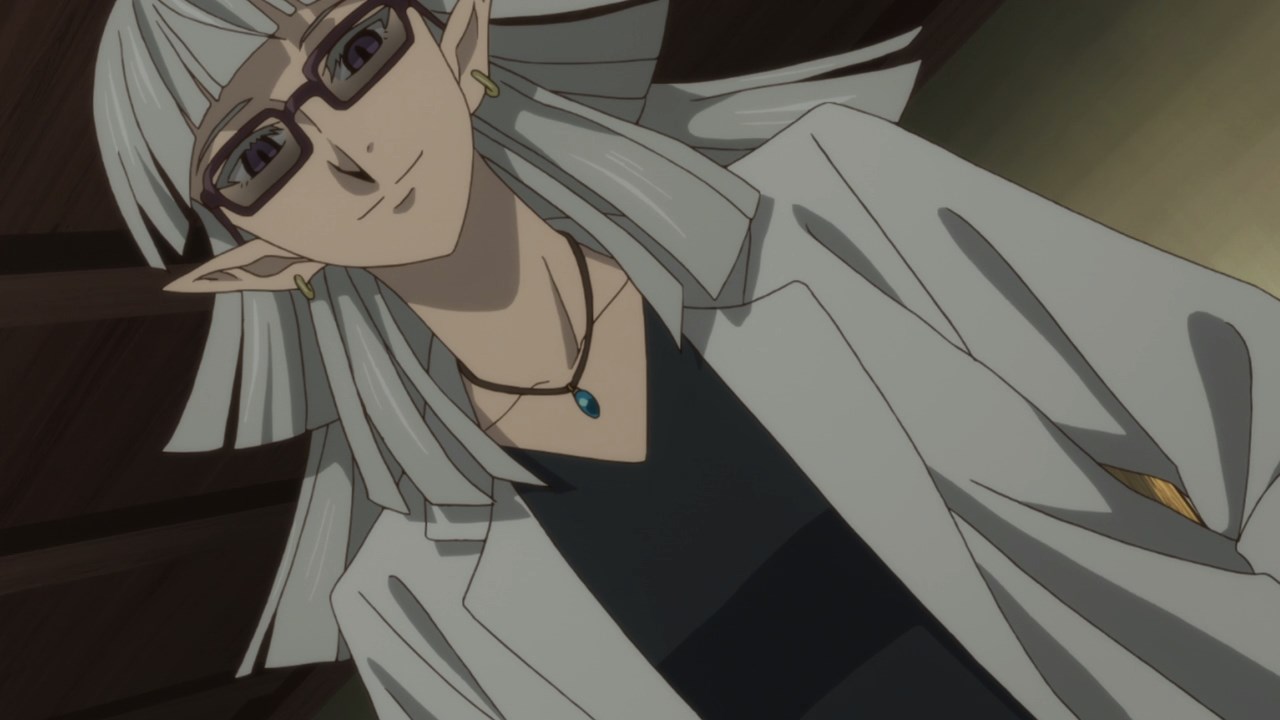 And here’s Shannon as she treated Chise Hatori so that her body won’t crumble. Unfortunately, Shannon couldn’t heal one part of Chise’s body… 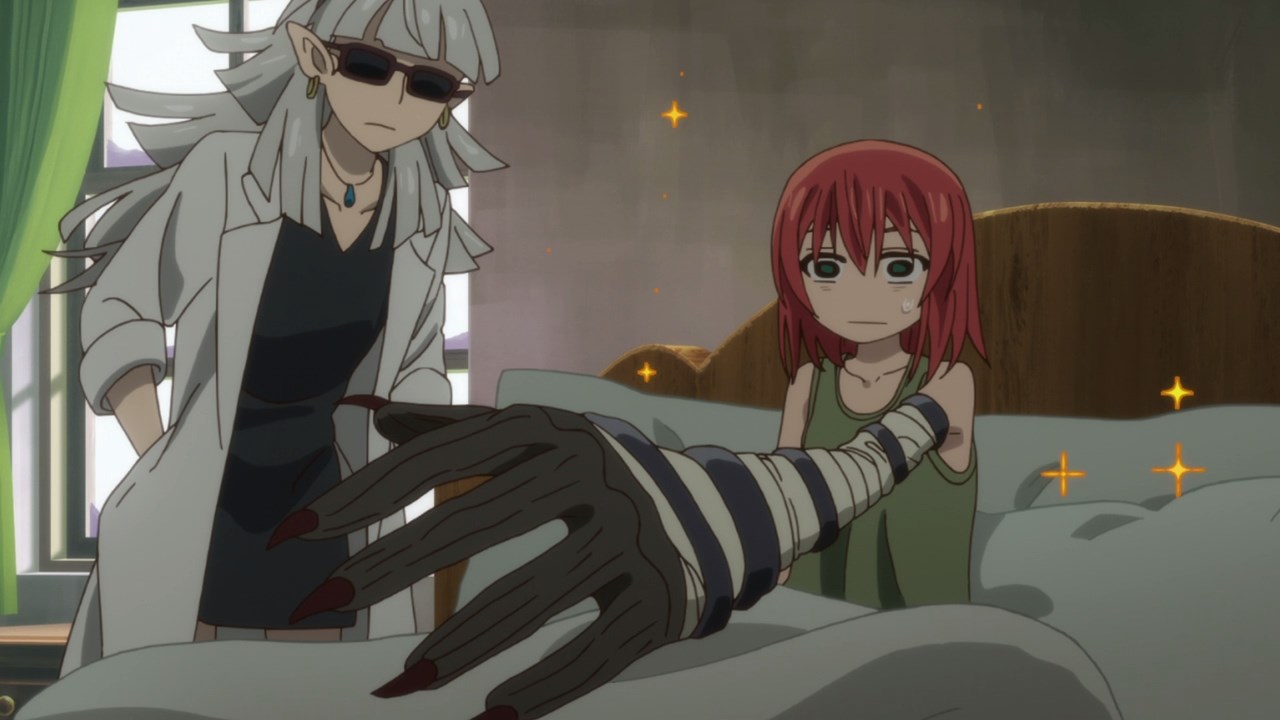 …which turned out to be her left arm as it was transformed into something hideous.

It was revealed that after Chise Hatori absorbed mana from the dragon, she inherited its curse where Chise might turn into a grotesque dragon if left untouched. 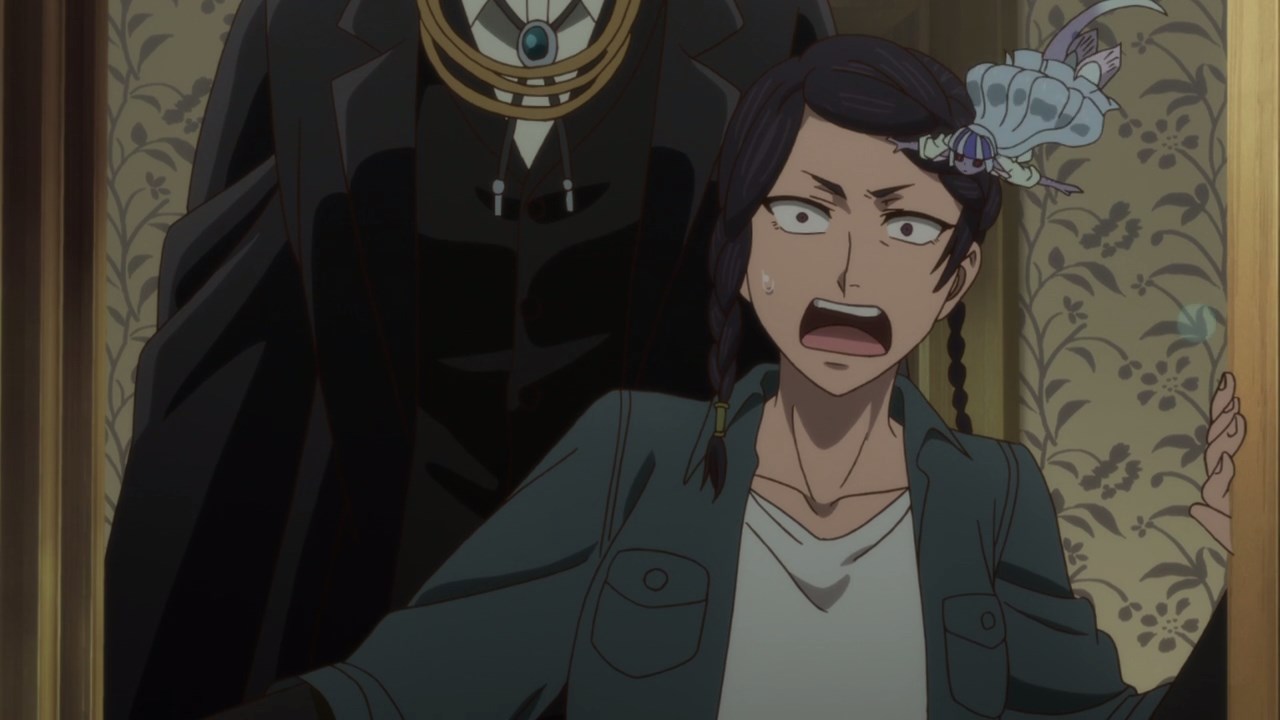 Also, here’s Angelica Burley as she’s worried about Chise Hatori very much. I mean, she’s concerned that Elias’ pupil might not wake up. 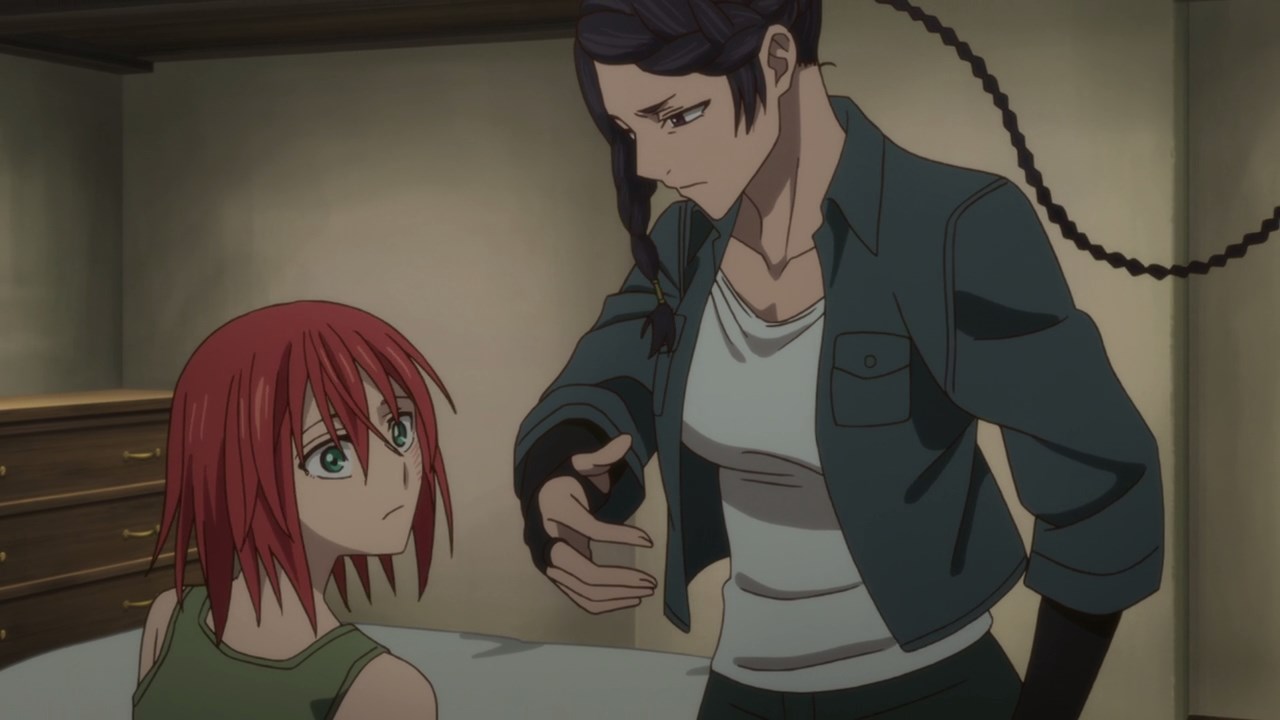 Of course, she’s angry that Chise made a stupid move in which she might cost her life. Therefore, Angelica slapped her for doing reckless things without Elias around.

To be fair, Chise has no choice but to do this reckless move since she can’t wait for Elias to get back at the dragon. And besides, the dragon might kill hapless people if Chise will just stand there and do nothing. Still, having a dragon’s curse in addition to being a Sleigh Beggy would be a deadly combination for Chise. 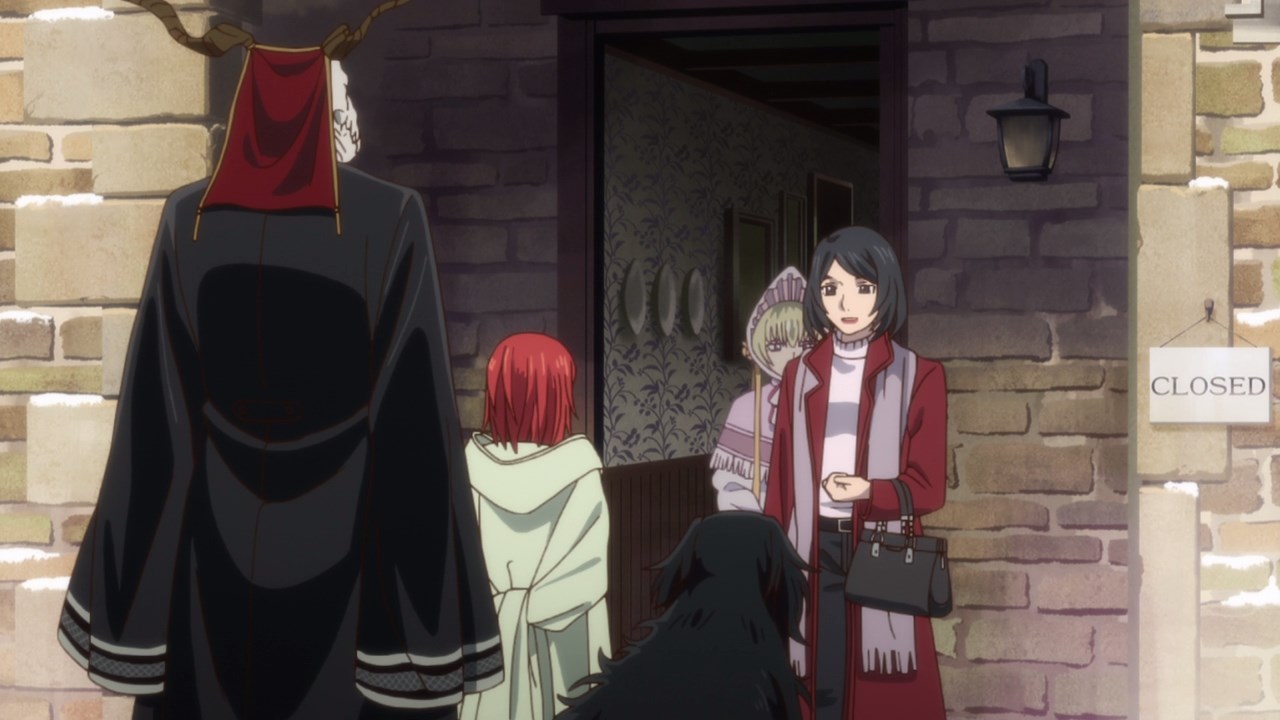 In any case, Elias Ainsworth asked a witch named Mariel for help as she knows about curses and how to remove them.

Heck, Mariel can remove a curse right away in exchange for Chise Hatori becoming a witch, something that Elias doesn’t like it but he has no choice. 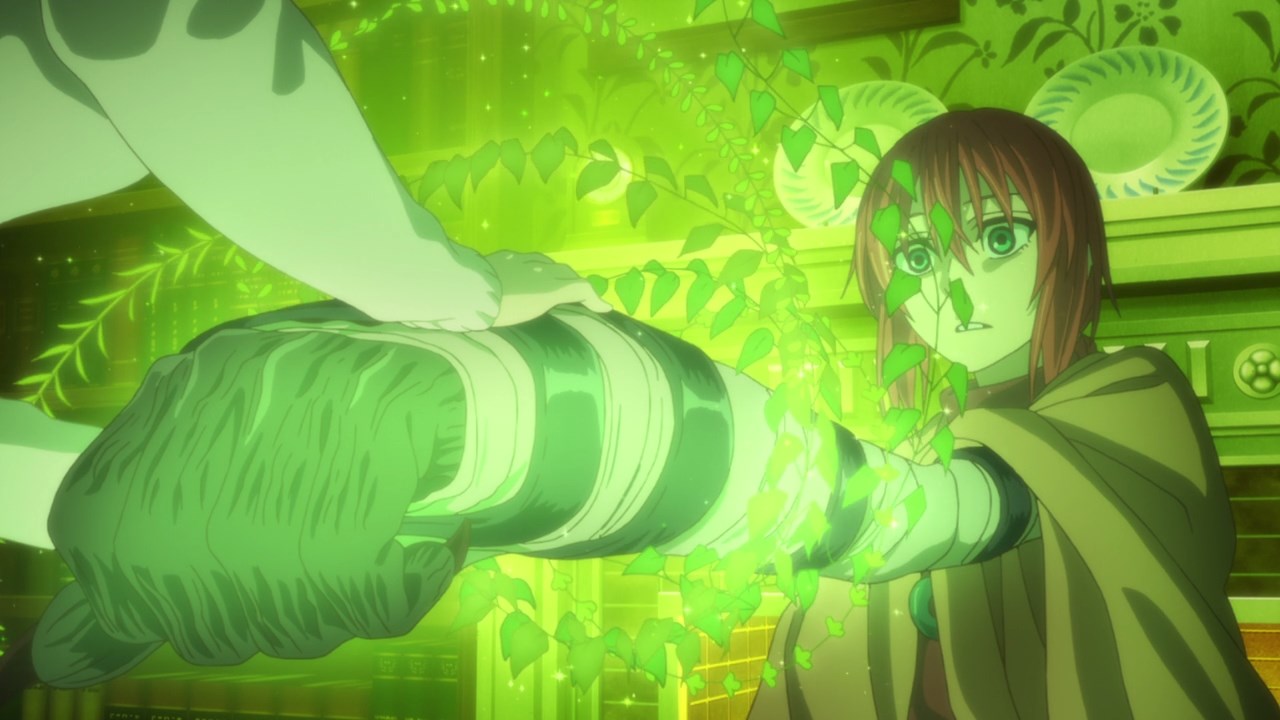 Anyways, Mariel tried to remove the dragon’s curse using her magic and it’s working so far. 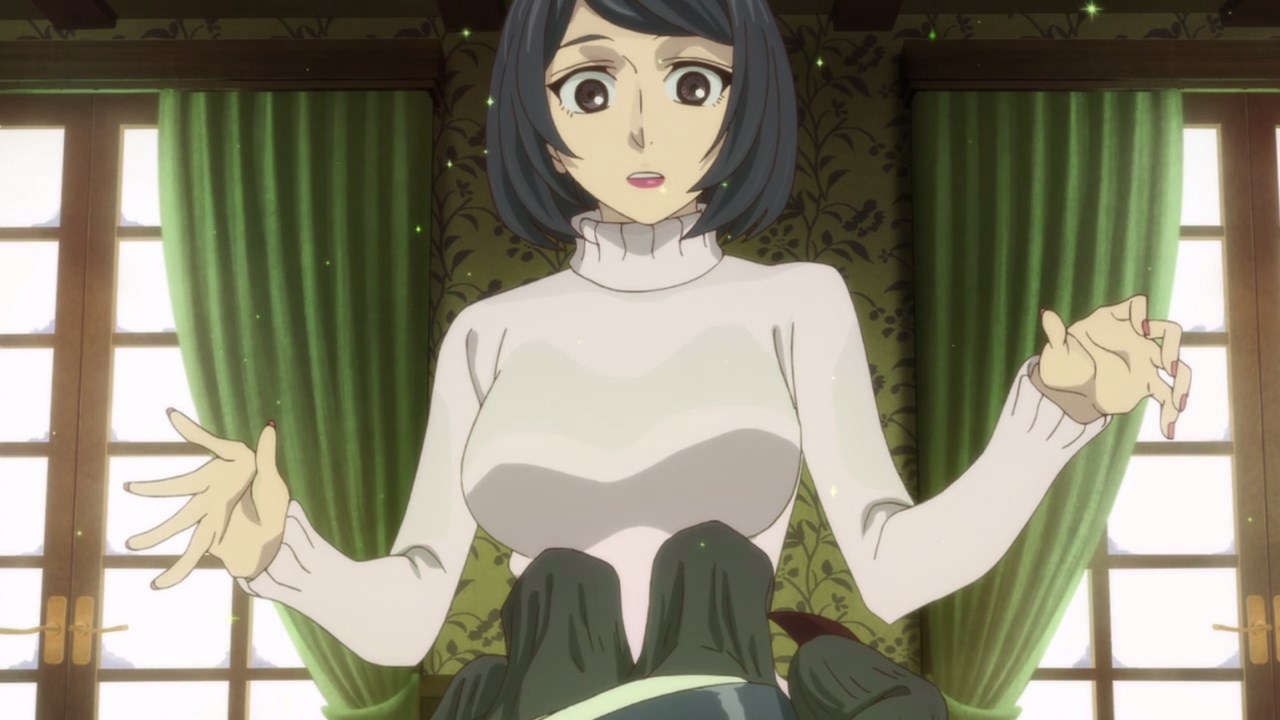 However, it turns out that removing the dragon’s curse is very tough that Mariel couldn’t remove it on her first try. What a bummer!

So, the only thing left to do is to have Chise go to the witches’ coven to have that curse extensively removed, although it’ll take a lot of witches to take it out. 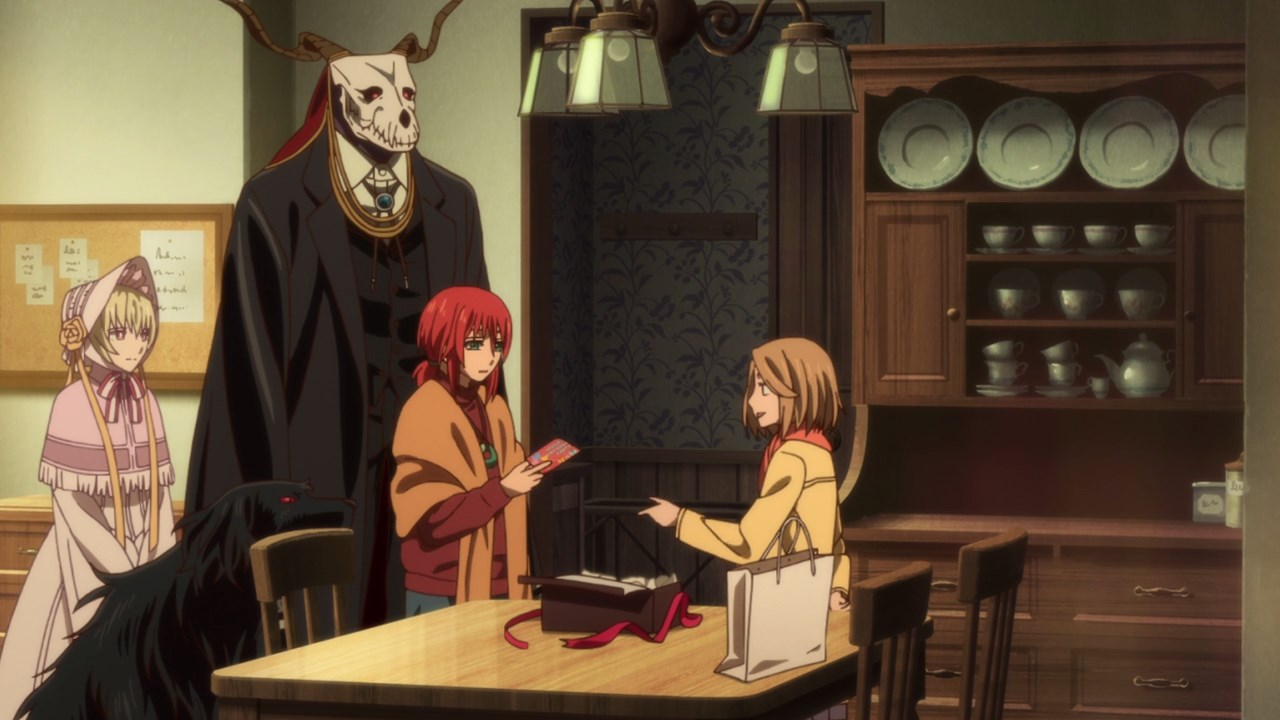 One last thing, here’s Stella Barklem as she invited Chise Hatori to her birthday party. Speaking of birthday parties, I wonder if Chise will get one next year since she has two curses now?

Anyways, that’s about it for this week’s episode of The Ancient Magus’ Bride. Now then, I’m hoping that there’s a way to extend Chise’s life but I have a feeling that she’ll be in danger once Joseph (or Cartaphilus) decided to do something bad to her.