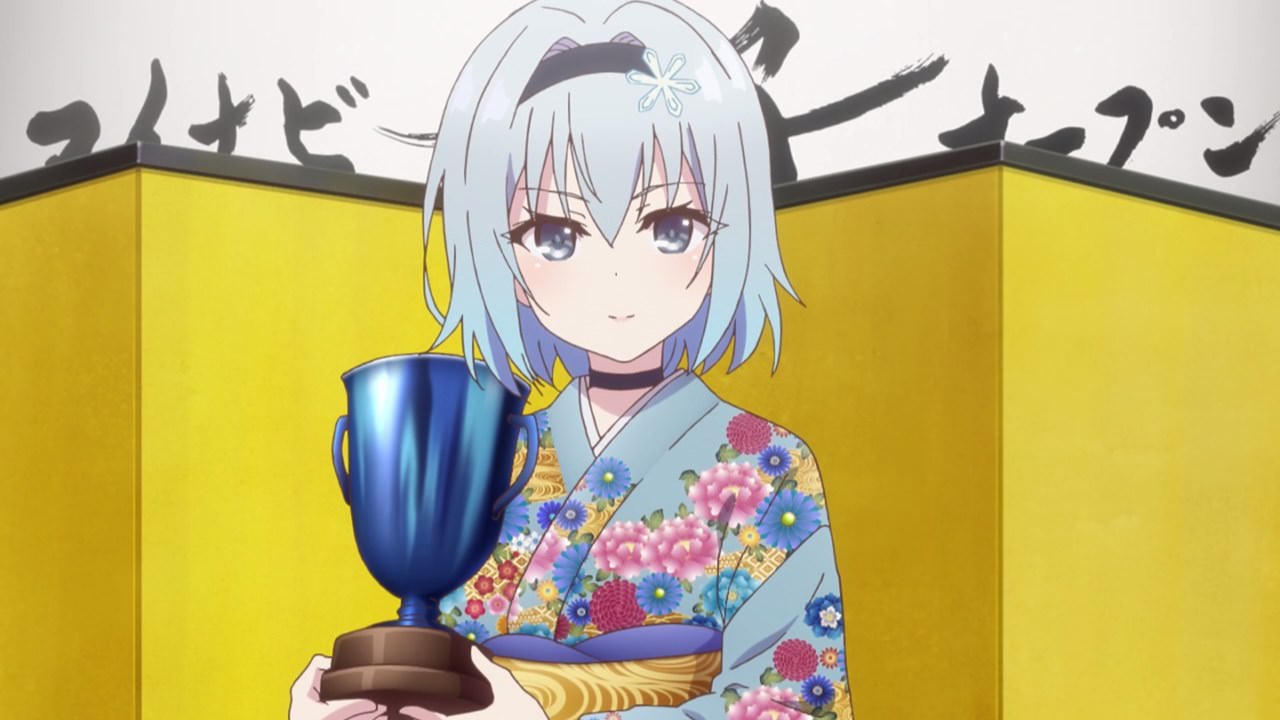 On this episode, we have an open tournament for female shogi players, both amateur and professional. This is called Mynavi Women’s Open.

In this tournament, Ginko Sora is the defending champion and she’ll face tough players like Ai Hinatsuru and Ai Yashajin. 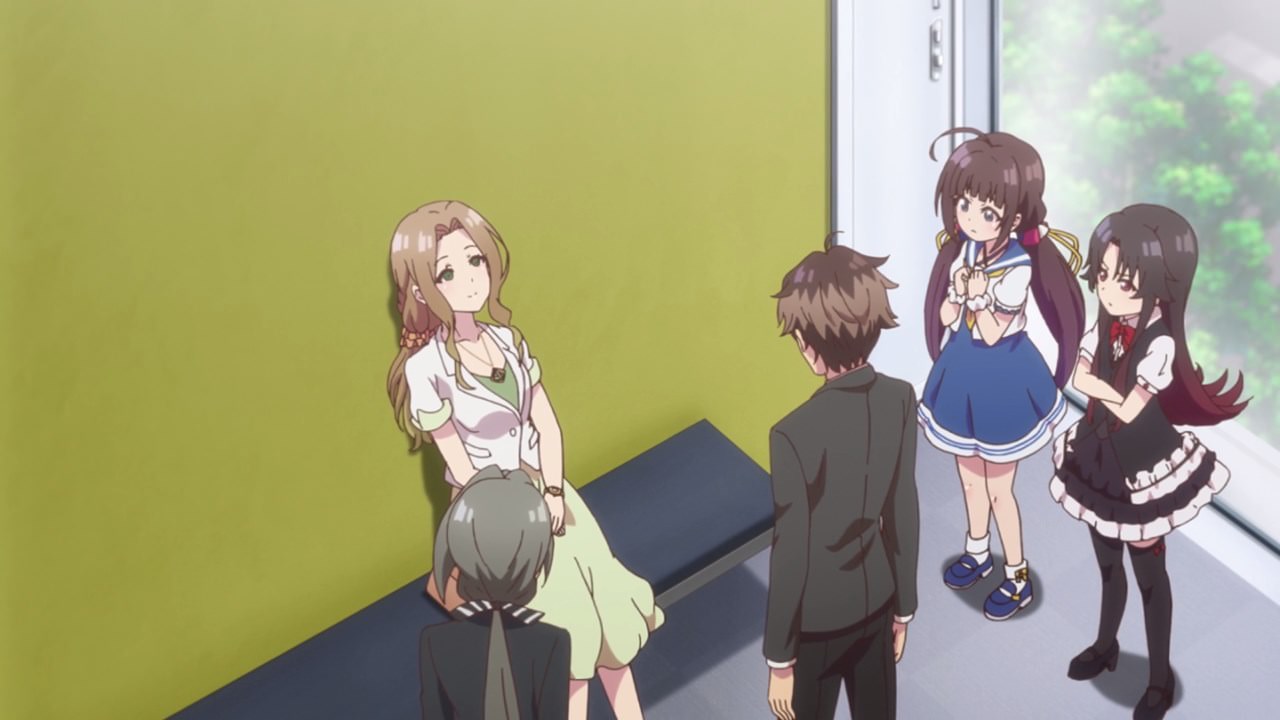 Of yeah, let’s not forget about Keika Kiyotaki, but she got demotivated after her loss on the first preliminary round.

C’mon Keika-san, you still have a shot on this in the rebuttal match and you might become a professional player if you have a better placing or win the tournament. Don’t. Give. Up! 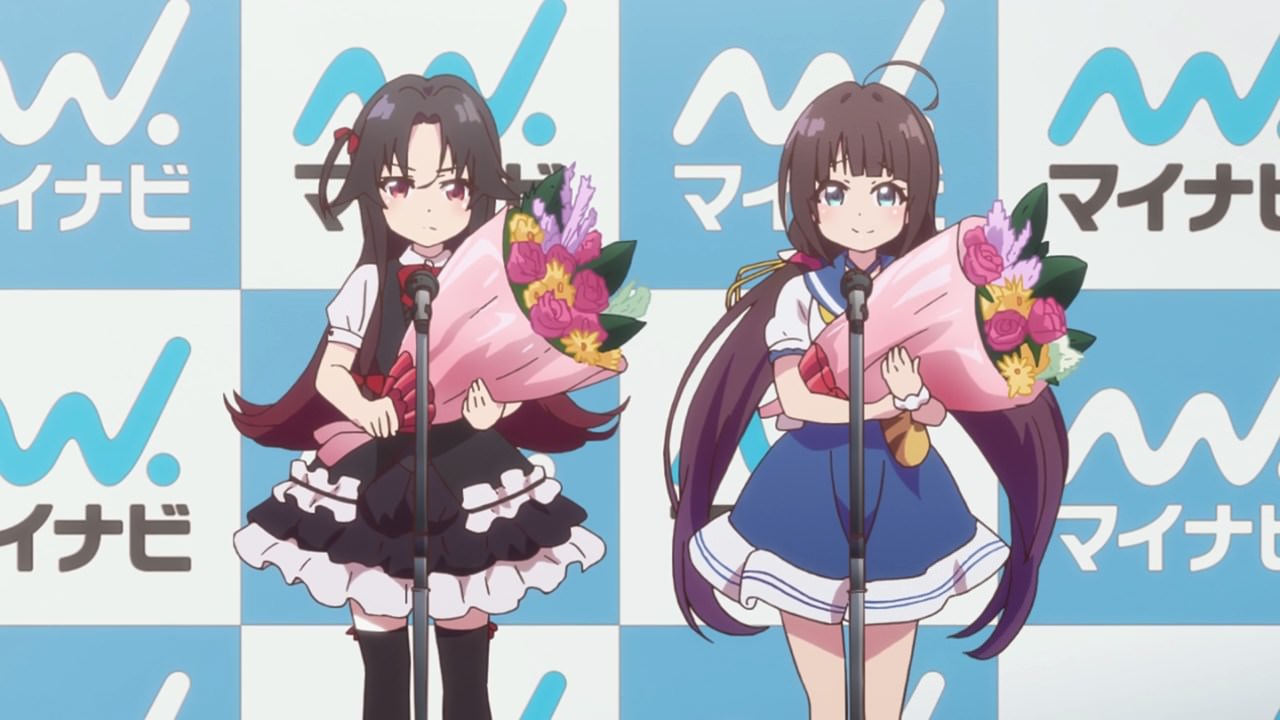 Now then, here’s both Ai Yashajin and Ai Hinatsuru as they won their respective preliminary matches. Yeah, they sure got some attention since both Ais are Yaichi Kuzuryuu’s disciples.

So while Yashajin and Hinatsuru will have an easy time at the preliminaries, they must be prepared for the main tournament. Oh, and it’s not just Ginko Sora they they need to worry about, someone else…

…like the Thunder of Judgement named Ika Sainokami where she’s a tough shogi player that gets stronger the more Ika-chan beats her opponent both mentally and emotionally.

Basically, Ika-chan is a monster in the game and she might surpass the Meijin if she continues her winning streak. Then again, only Ginko Sora might have a chance to beat this girl. 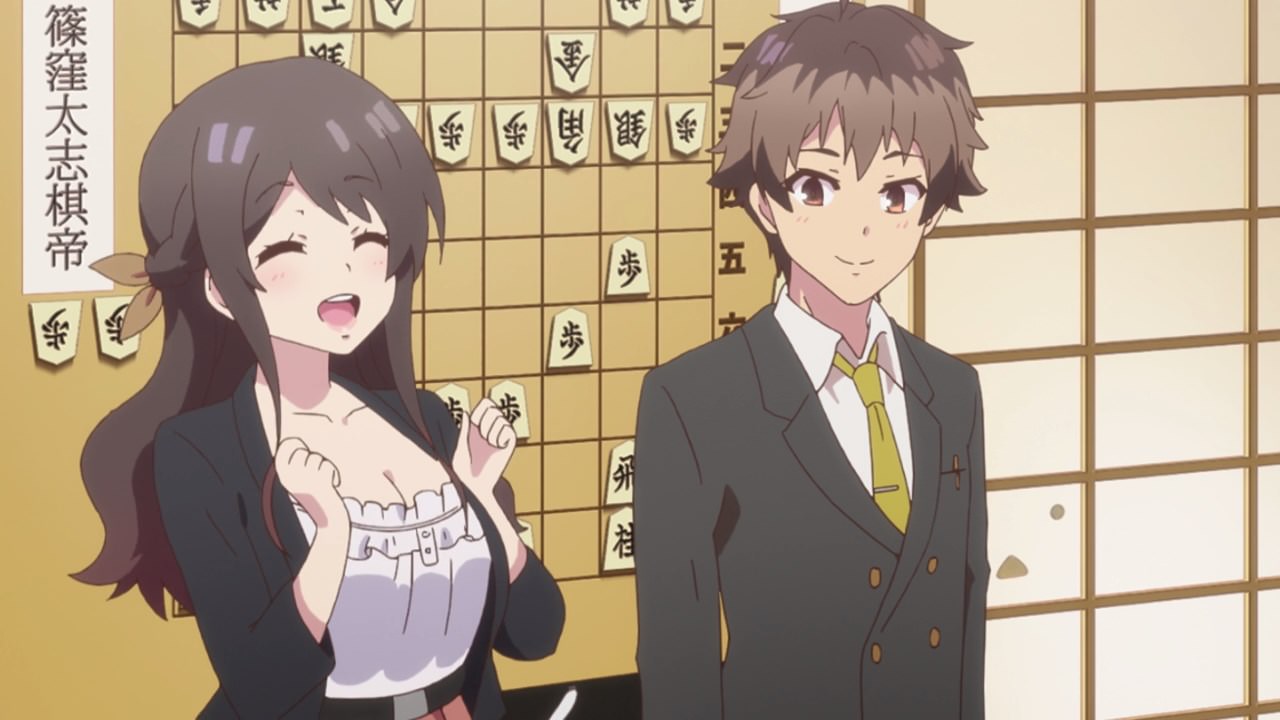 So after the preliminaries of the Mynavi Women’s Open, Yaichi Kuzuryuu went to the Shogi Association in Tokyo as a commentator for a title match broadcast by Niconico Douga.

On the other hand, is he staring at Tamayo Rokuroba’s tits? Really Kuzuryuu, you know that someone will get mad if you did that! 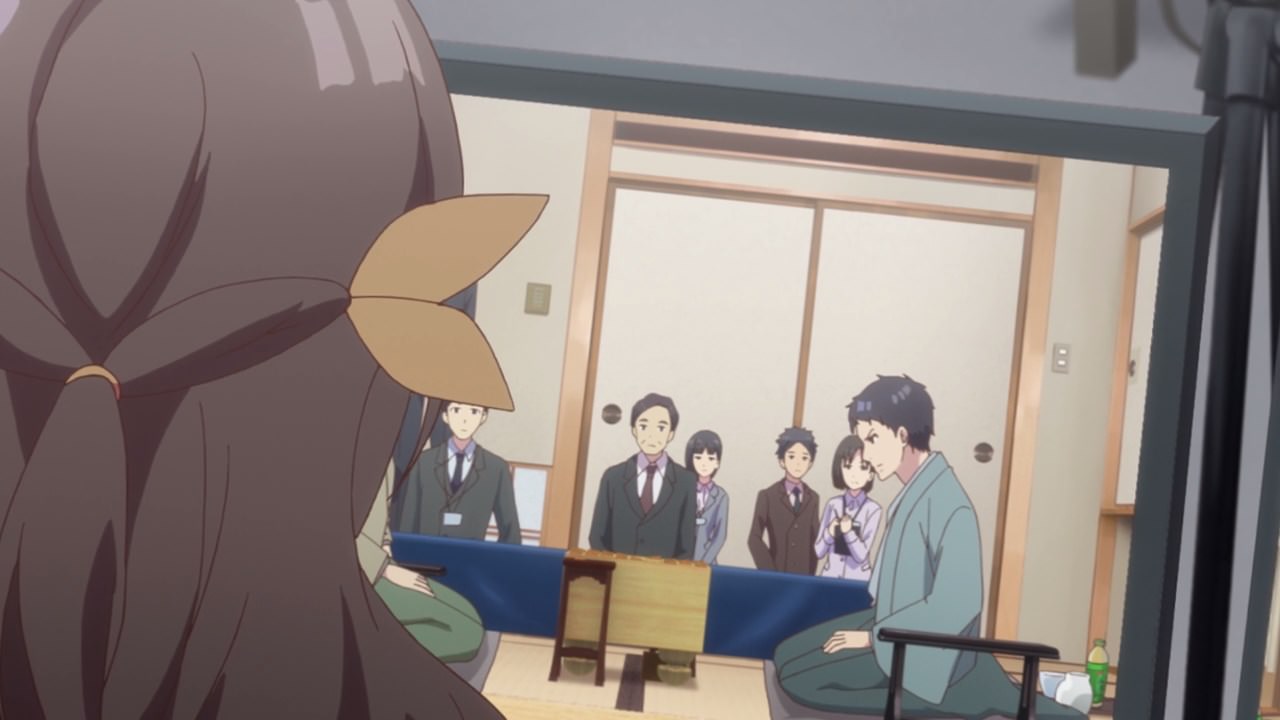 Anyways, This title match will pit the Emperor title-holder Taishi Shinokubo and the Meijin, who now has 6 lifetime titles to his name (if he has one).

In any case, if the Meijin wins this match against Shinokubo, he’ll get his 99th title as Emperor. 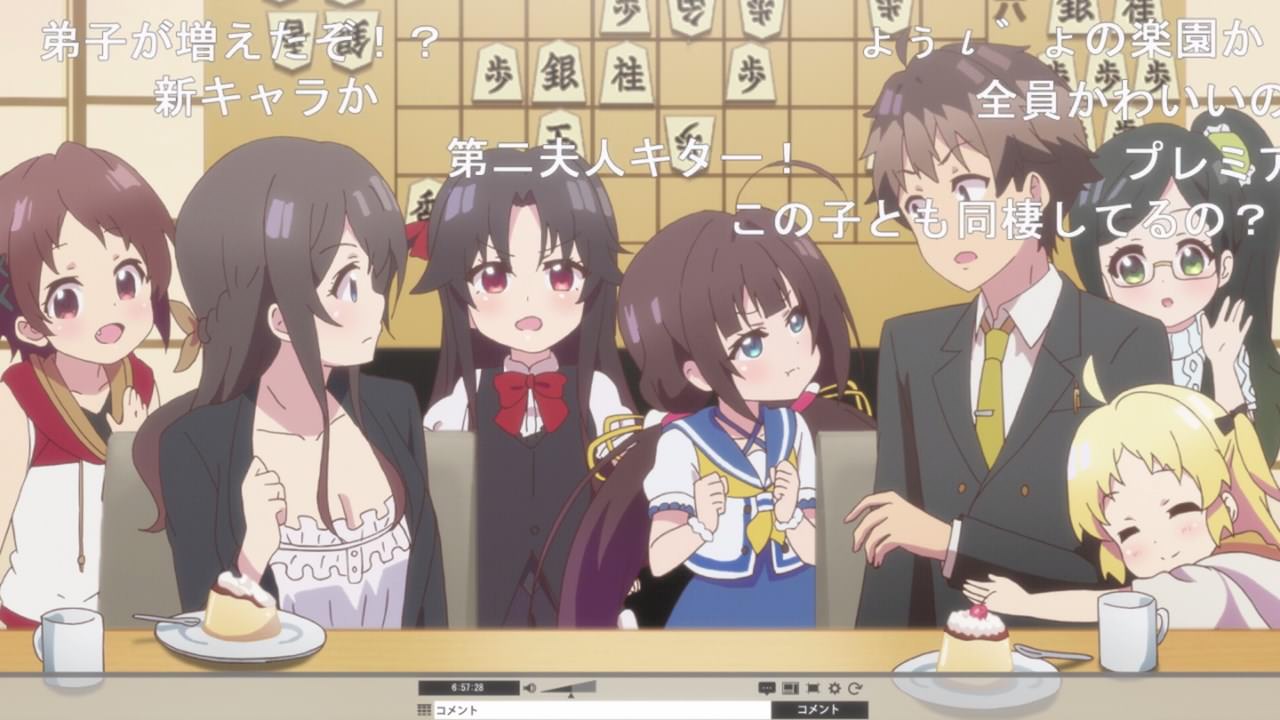 Now then, let’s go back to Yaichi Kuzuryuu as he’s now surrounded by lolis such as Ai Hinatsuru and her friends. And as you can see from the comments during the Niconico live stream, they’re are lit with jabs at Kuzuryuu for being a loli harem king. Damn Yaichi, you were supposed to be a dignified shogi player, not a pedophile!

As for the title match, Taishi Shinokubo conceded and the Meijin earned another Emperor title to his name. So yeah, he’s the strongest shogi player around and if the Meijin wants to challenge Kuzuryuu for the title of Ryuuou today, Yaichi won’t stand a chance. 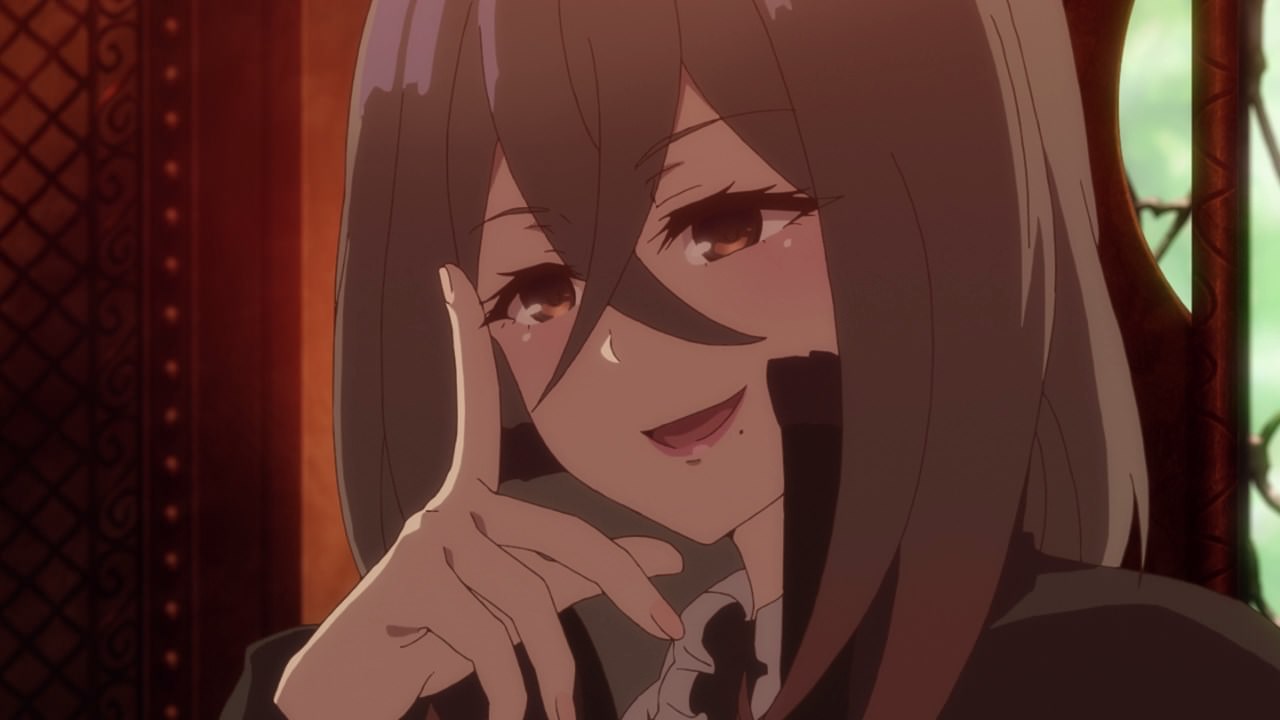 After that title match at the Shogi Association, Yaichi Kuzuryuu got tagged along with Ginko Sora to see the legendary female professional shogi player named Rina Shakando, also known as the Eternal Queen.

Anyways, Shakando-sensei is here to teach Ginko on how to be a stronger player as despite her long winning streak, Sora is still beatable when the Eternal Queen is serious on beating her. In any case, it’s a great lesson for Ginko Sora as her match against Rina Shakando is a good wake-up call when dealing with Ika Sainokami. 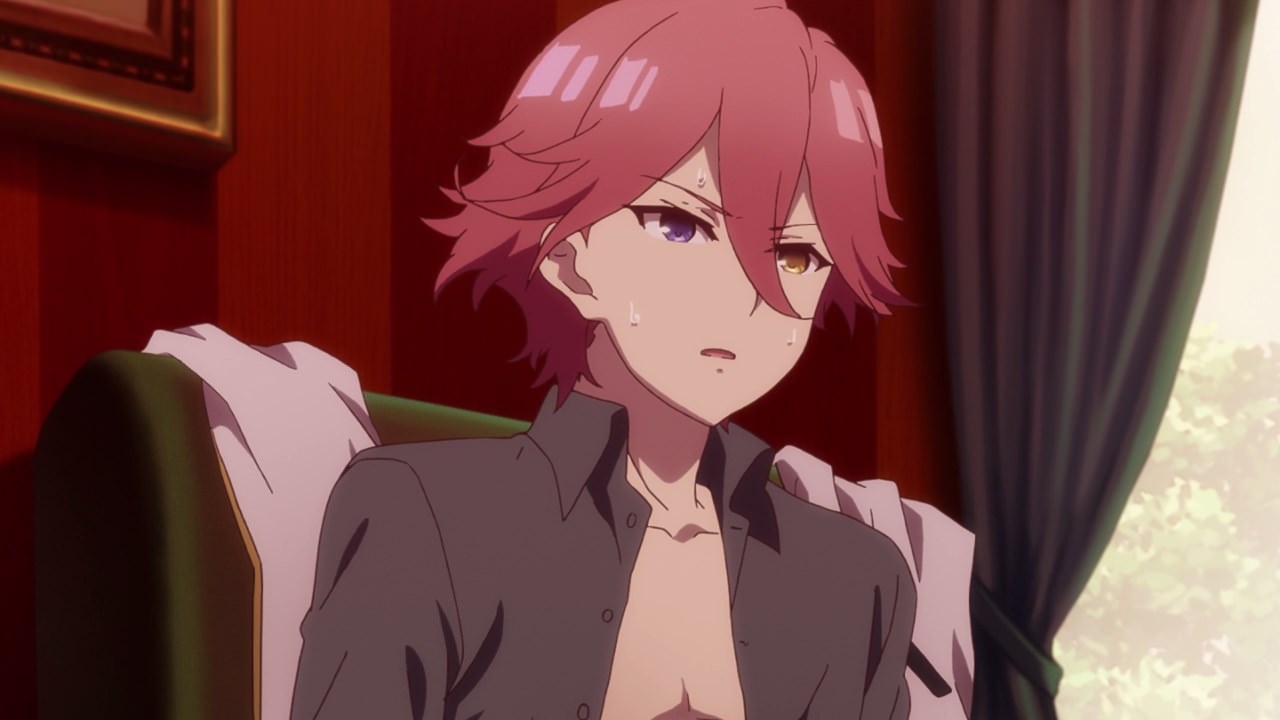 One last thing, here’s Ayumu Kannabe as he’s currently staying at Rina Shakando’s mansion because it turns out that Kannabe is actually Shakando’s disciple.

Anyways, he’s preparing to challenge Yaichi Kuzuryuu for the title of Ryuuou, but then again Ayumu looked so sweaty for some odd reason.

Now then, let’s end this episode with Ginko Sora wearing new clothes given by Rina Shakando. Yeah, the Eternal Queen is fond on dressing-up girls with cute clothes.

With that said, I’ll see you next time and let’s hope that Yaichi’s disciples, Keika Kiyotaki, and Ginko Sora will do better at the Mynavi Women’s Open tournament!