A Place Further Than the Universe Episode #09 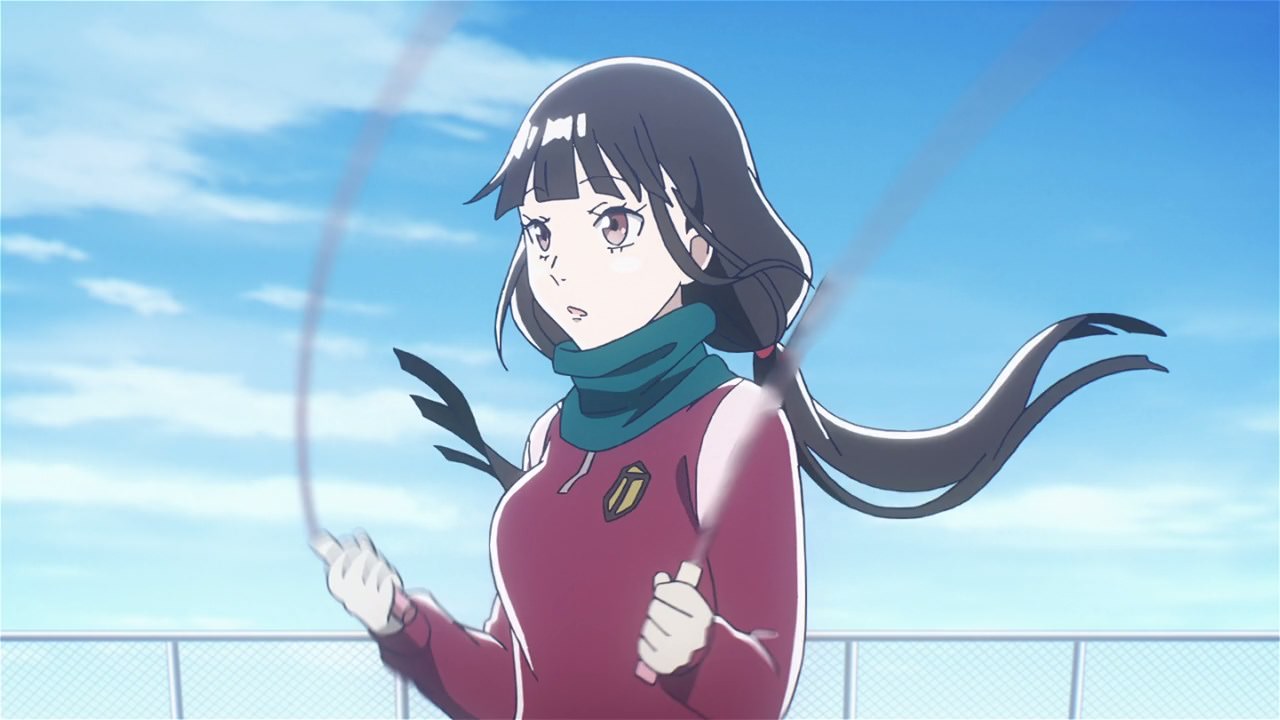 On this episode, the Penguin Manju crew are almost there on reaching Antarctica, and everyone is busy clearing up their minds via exercise. And as you can see, Shirase Kobuchizawa is skipping ropes like a boss. 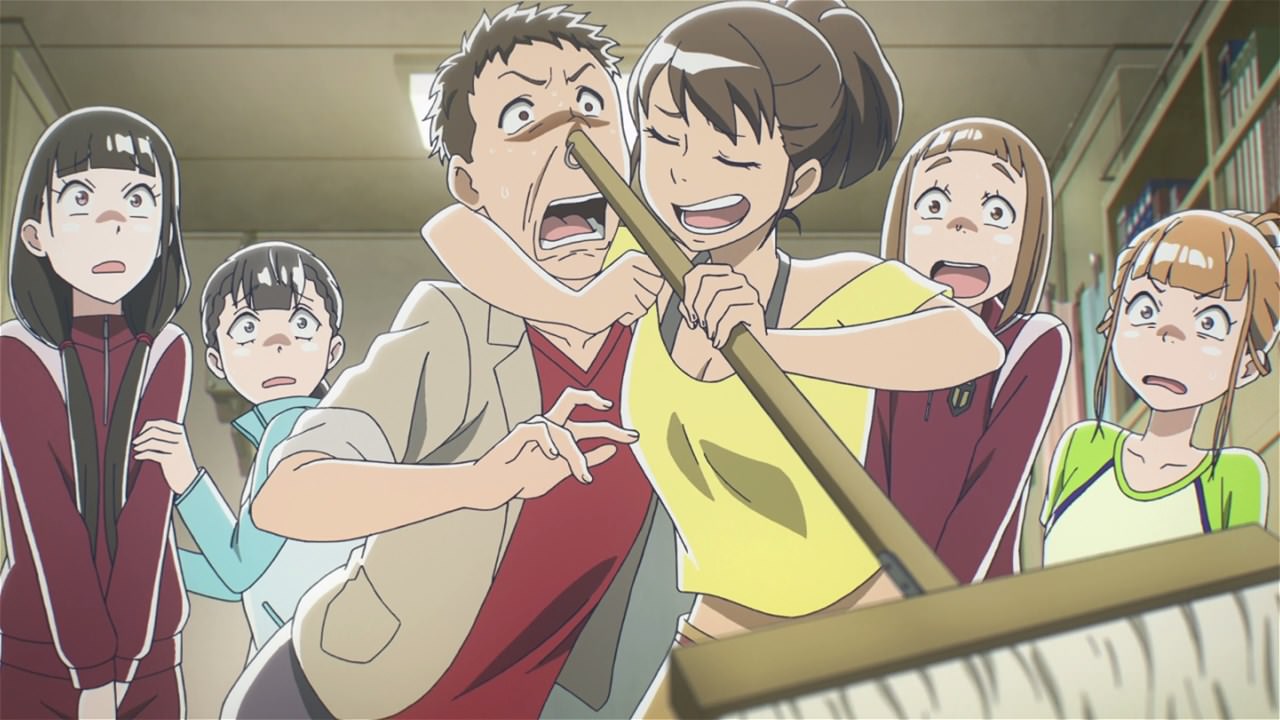 Of course, there’s one guy who is still anxious at something. Not just because he feared about being left behind, but he’s madly in love with someone.

This is Toshio Saizen and he’s actually in love with Gin Toudou, but I don’t think the captain is not in the mood when it comes to her love life. Also, Yumiko Samejima told Toshio that he’s out of Gin-san’s league, which is sucks from him since Toshio Saizen has a crush on her 3 years ago. 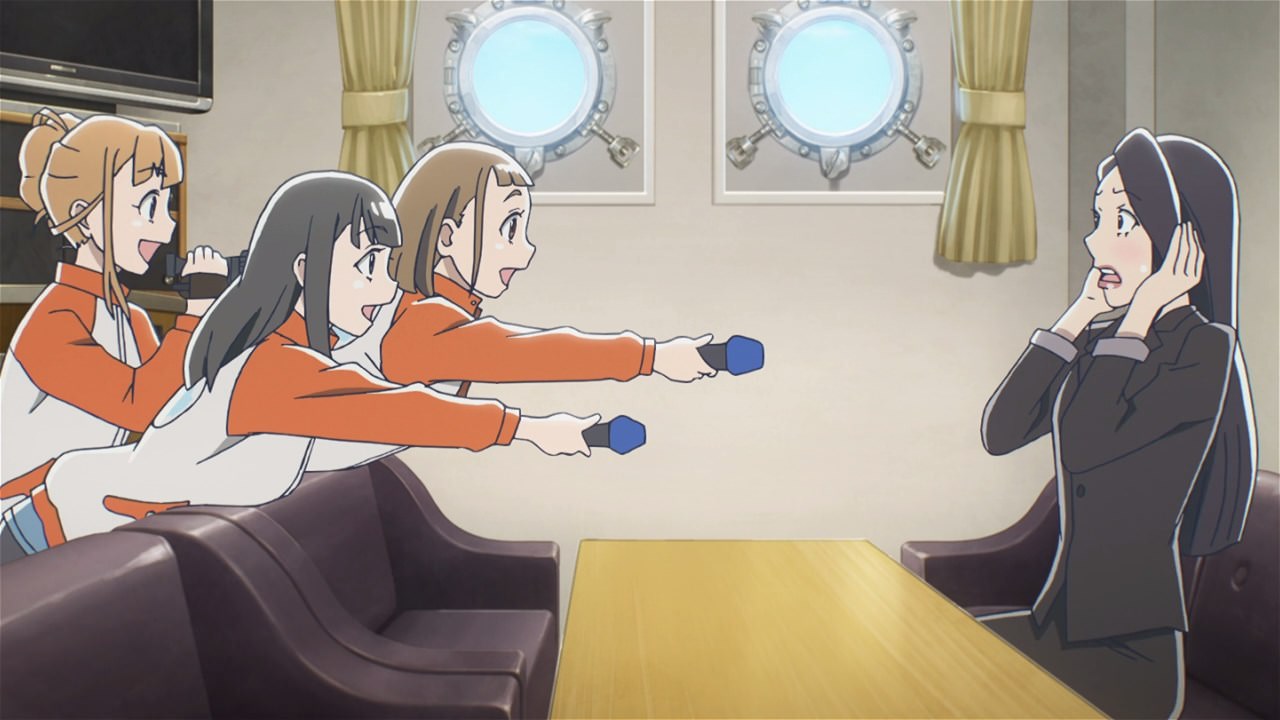 Speaking of Gin Toudou, looks like she’s getting interviewed by Yuzuki Shiraishi and her crew regarding her love life, as well as other things like her habits and hobbies.

Then again, she can’t answer it all and Gin-san is busy making final preparations to reach East Ongul Island. 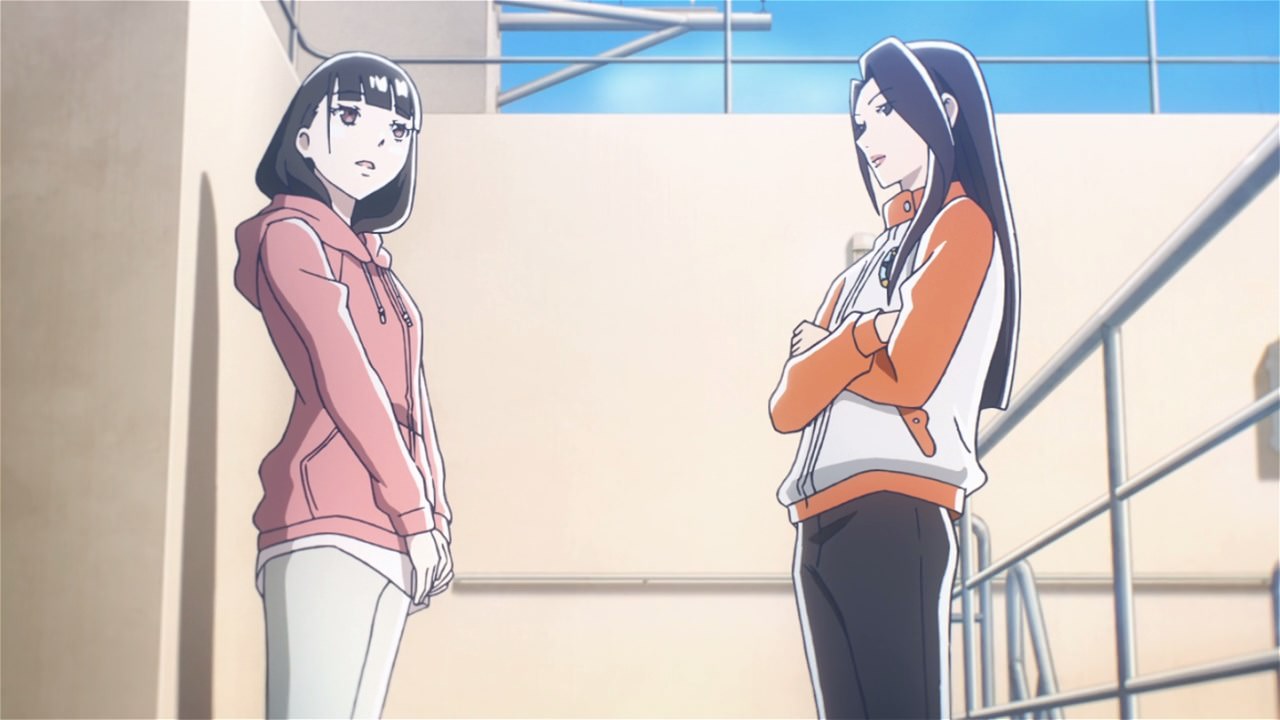 Now then, here’s Gin Toudou again as she’s having a conversation with Shirase Kobuchizawa and while Shirase don’t have any ill feelings towards Gin-san just because her mother disappeared, she’s aware that it’s dangerous to go there and yet her mother Takako still wants to travel to Antarctica at that time.

As for Gin Toudou, she remembered the time where she heard Takako’s faint voice on her two-way radio, telling Gin-san that Antarctica is so beautiful. It’s a shame that the rescue team might have a chance to save Takako, but Gin Toudou decided to call off the search and she regretted it 3 years later. 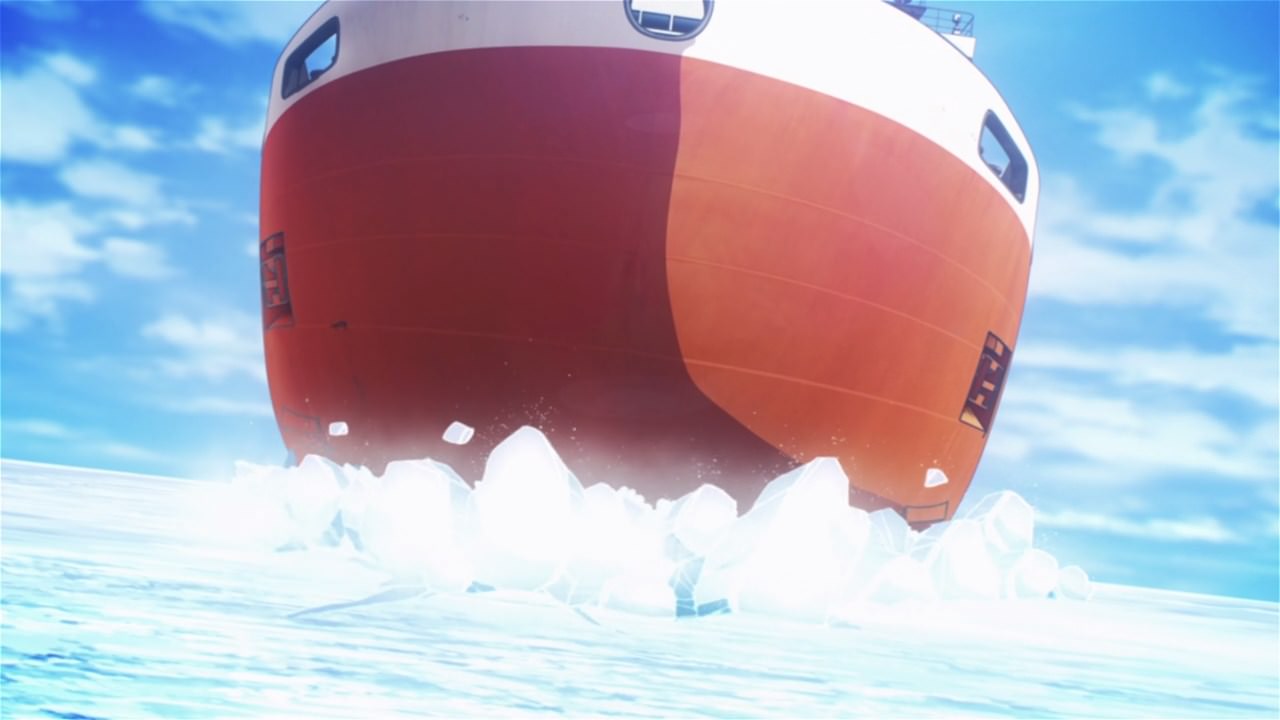 In any case, looks like the Penguin Manju has hit the ice but instead of running away, the ship has decided to break it through this thick sheet of ice.

C’mon, this is an ice breaker and the Penguin Manju crew will continue to press forward until they reach their destination. 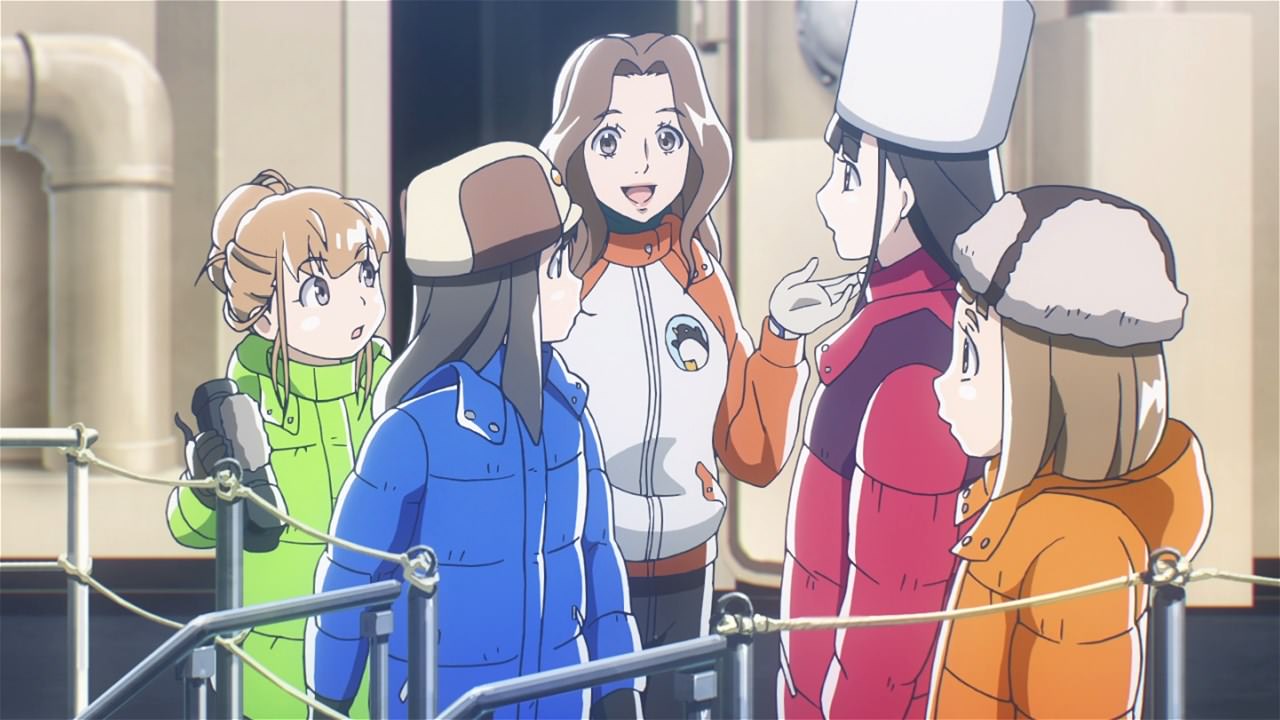 One more thing, seems that Kanae Maekawa told Mari Tamaki and the rest to go down and take a few steps towards the sheet of ice. After all, they’re now at Antarctica as we speak! 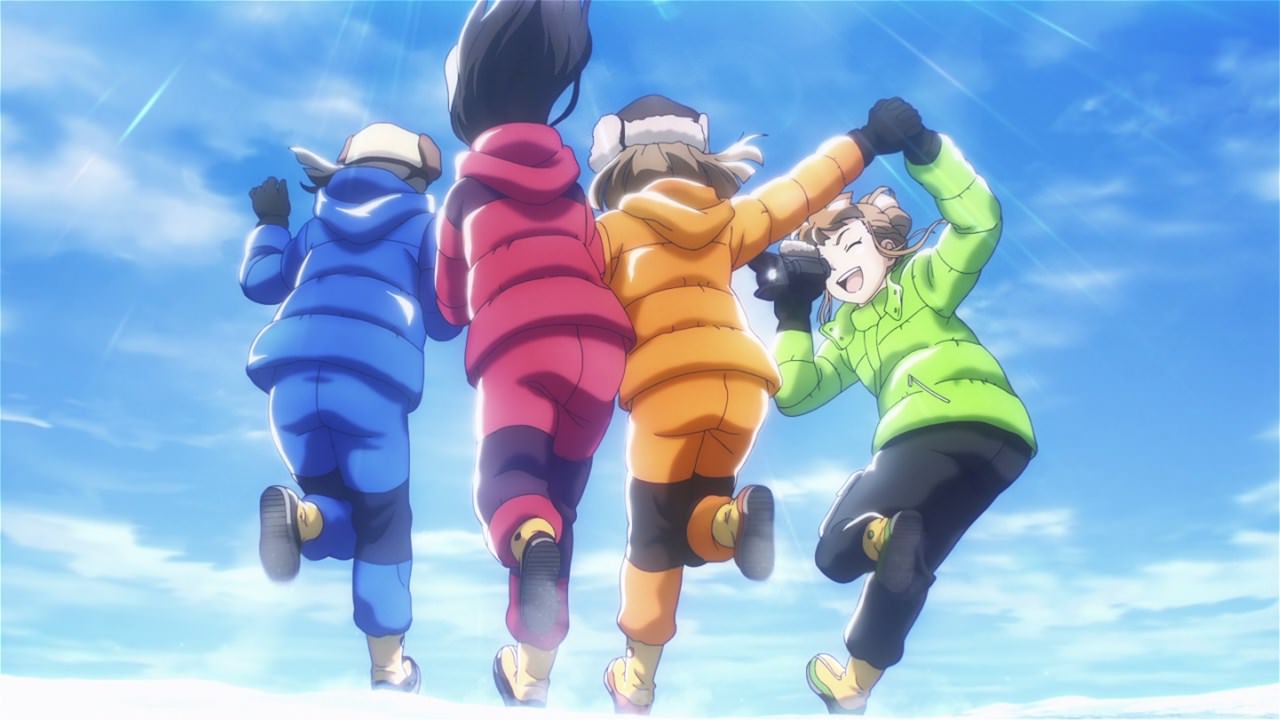 And so, these four girls take their steps and declared that they arrived at Antarctica, telling those haters that they reached this impossible feat with their own two feet.

But that’s about it for this episode as Mari Tamaki and her friends will continue to explore Antarctica and have fun with it. Just hoping that they’ll return to Tokyo in one piece after travelling to the South Pole.