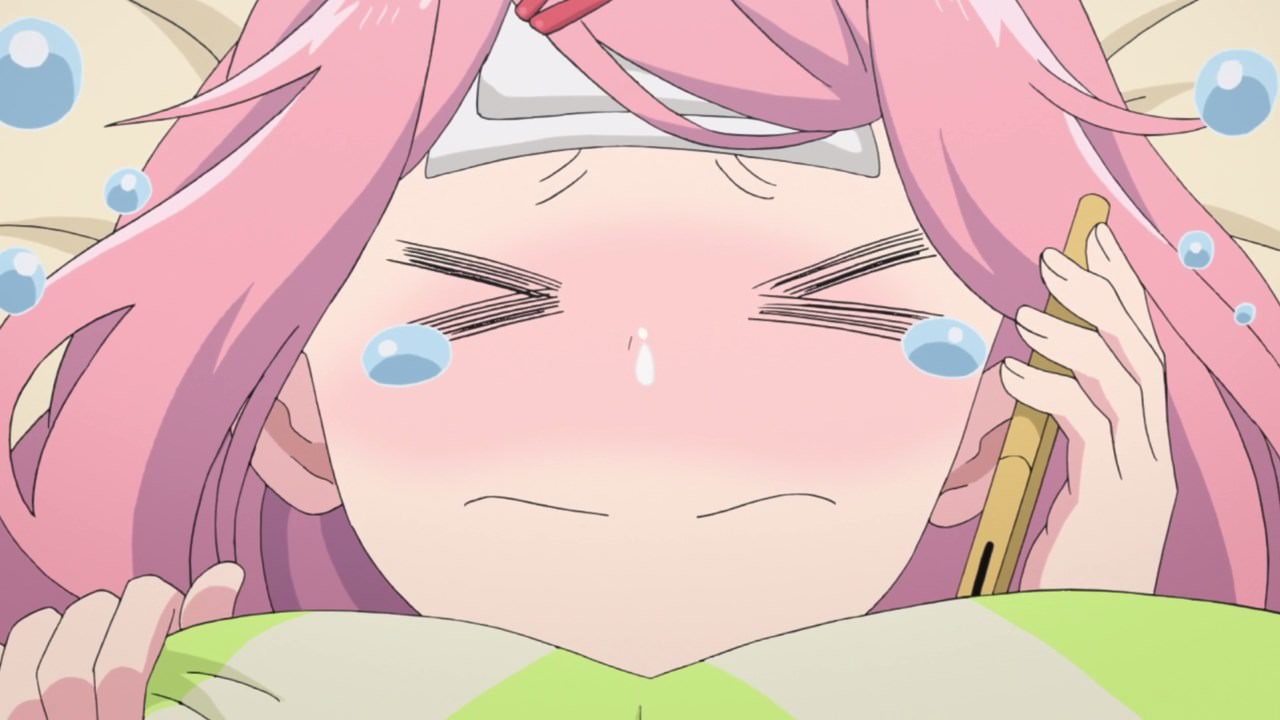 On this episode, Nadeshiko Kagamihara won’t go on a camping trip today with Rin Shima because she currently has a fever. And even if she recovered from her illness, it’s not like Sakura-san will let Nadeshiko run freely.

Anyways, it’s sucks that Nadeshiko will stay home for the time being… 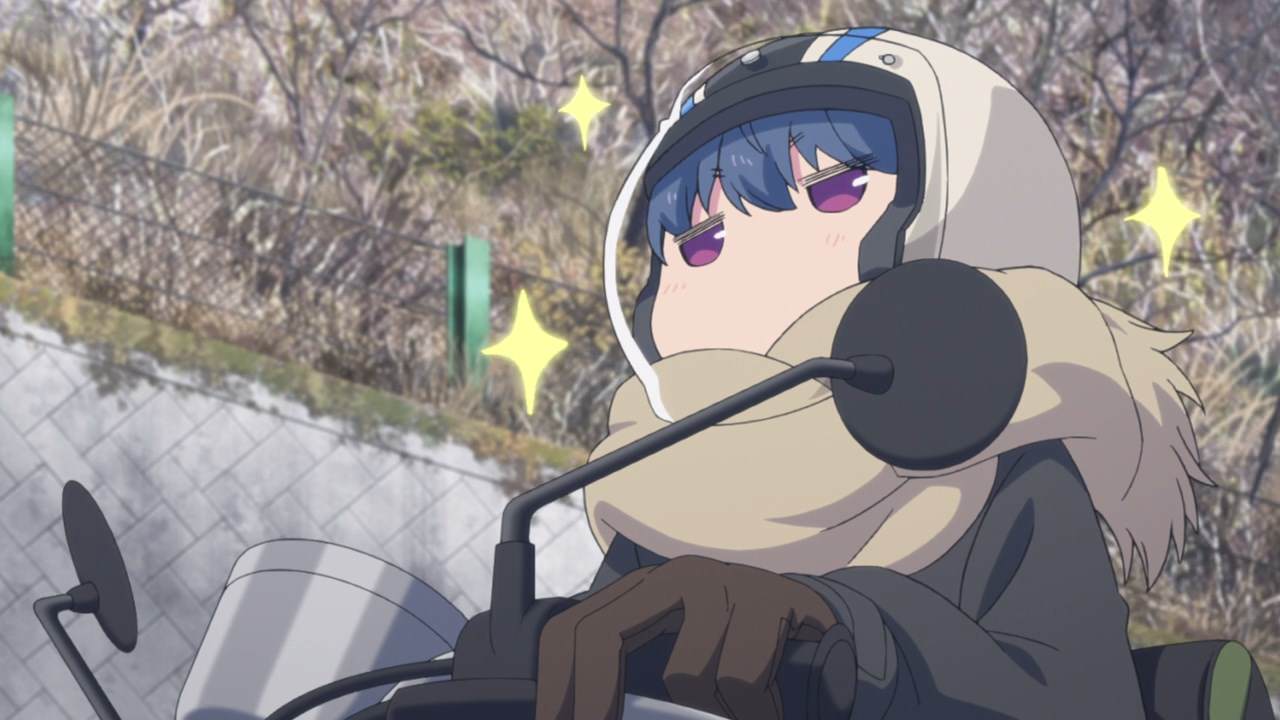 …as Rin Shima travels back to Nagano in order to see new places to camp and such. And let’s hope that she’ll find a hot springs this time since Shimarin found an abandoned one during her trip at the Takabotchi Highlands.

Now then, it’s time for Rin Shima to cross the mountain path, hoping that they can set up camp early. 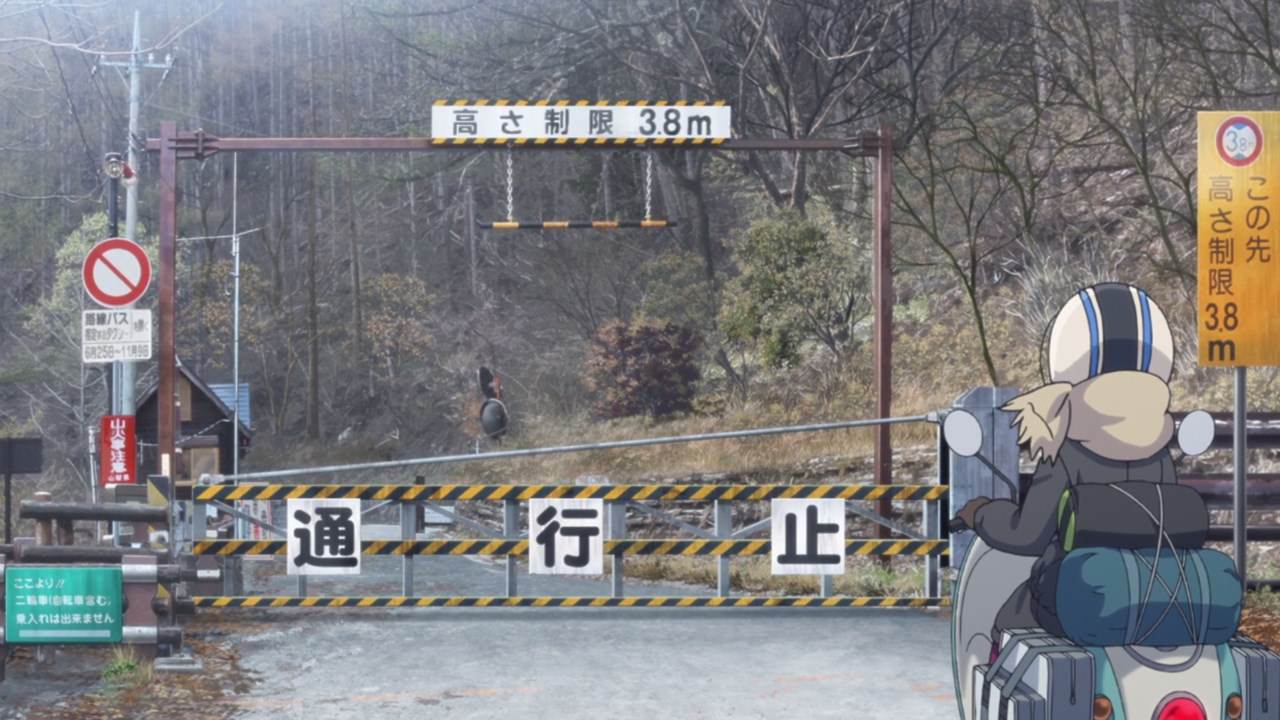 Unfortunately, Shimarin found out that the mountain pass is closed off not just for the Winter, but for the entire year. That’s sucks from Rin-chan as she’ll have to go back and take the long route. 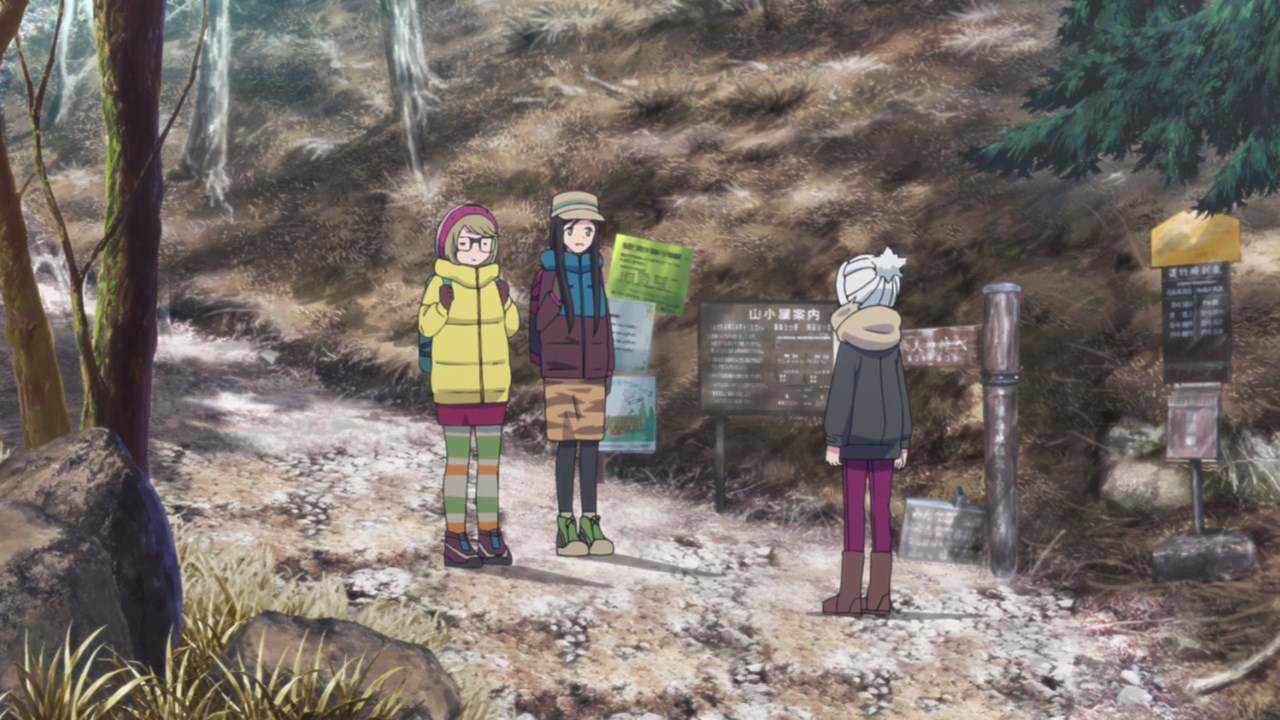 On the other hand, Shimarin met some campers who are going to the mountain pass by foot, as they gave Rin some tips on going to the other side and wish her good luck. 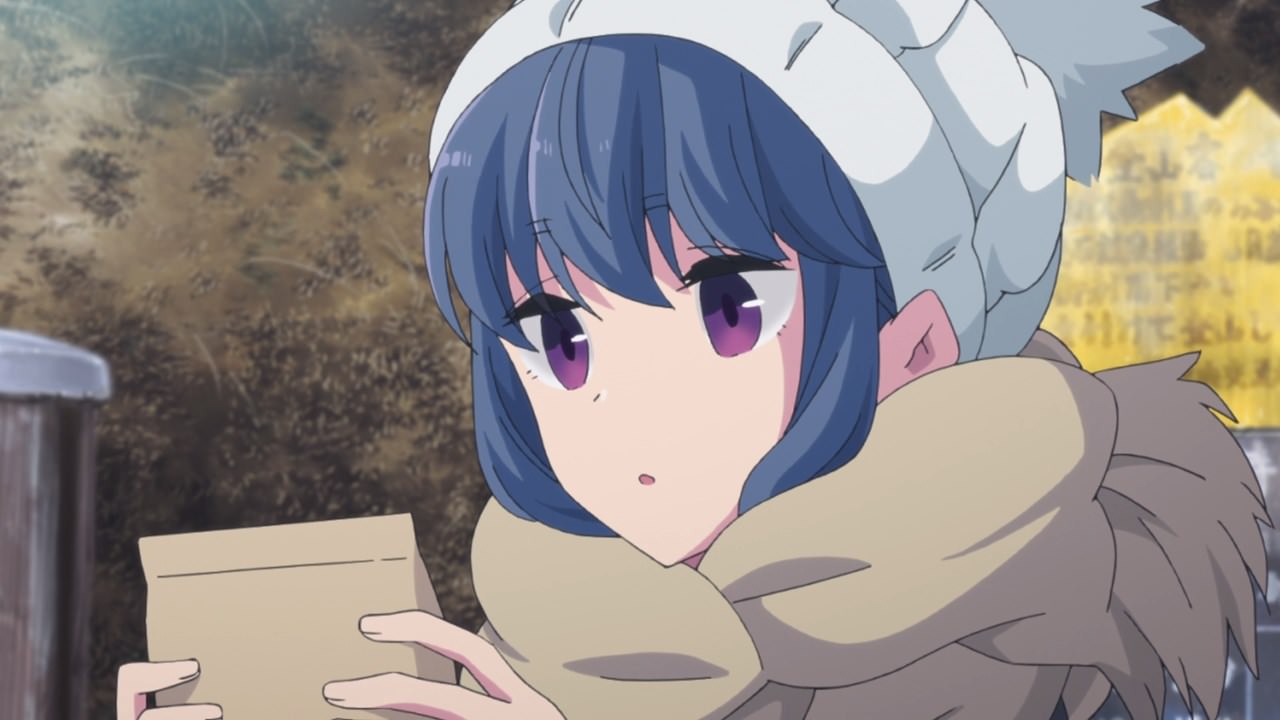 Oh, and they gave her some roasted green tea to warm herself up. Well, that was thoughtful of them! 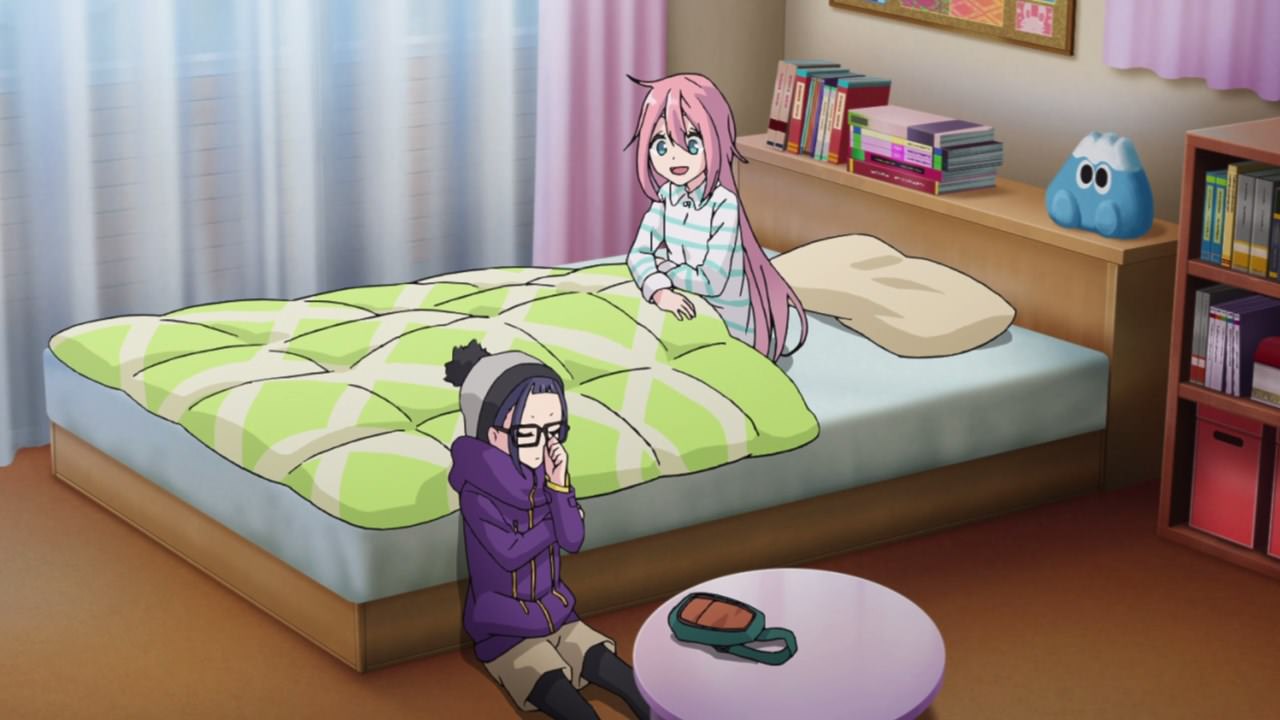 Meanwhile, let’s go back to Nadeshiko Kagamihara as while she’s recovered, Nadeshiko will have to stay home for the whole day.

Also, Chiaki Oogaki is here to not only give Nadeshiko some usual stuff such as a get-well gift and some notes, but also she’s here to cook some houtou because Chiaki came from Yamanashi! 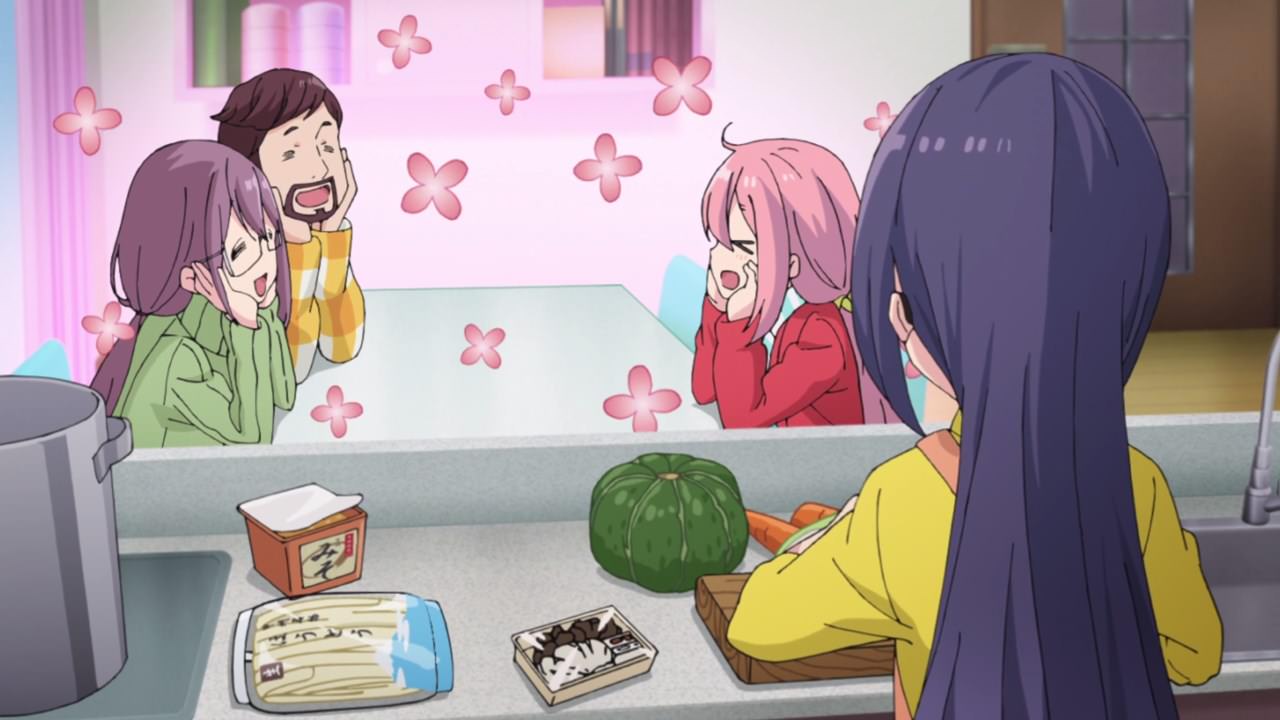 Then again, seems that Chiaki Oogaki got a little more pressure when Nadeshiko’s family is excited to eat Chiaki’s authentic houtou.

But you know what, I think Chiaki will do just fine. I mean, the only thing that she needs to do is to find the recipe for houtou on the web and follow the instructions on how to cook it. 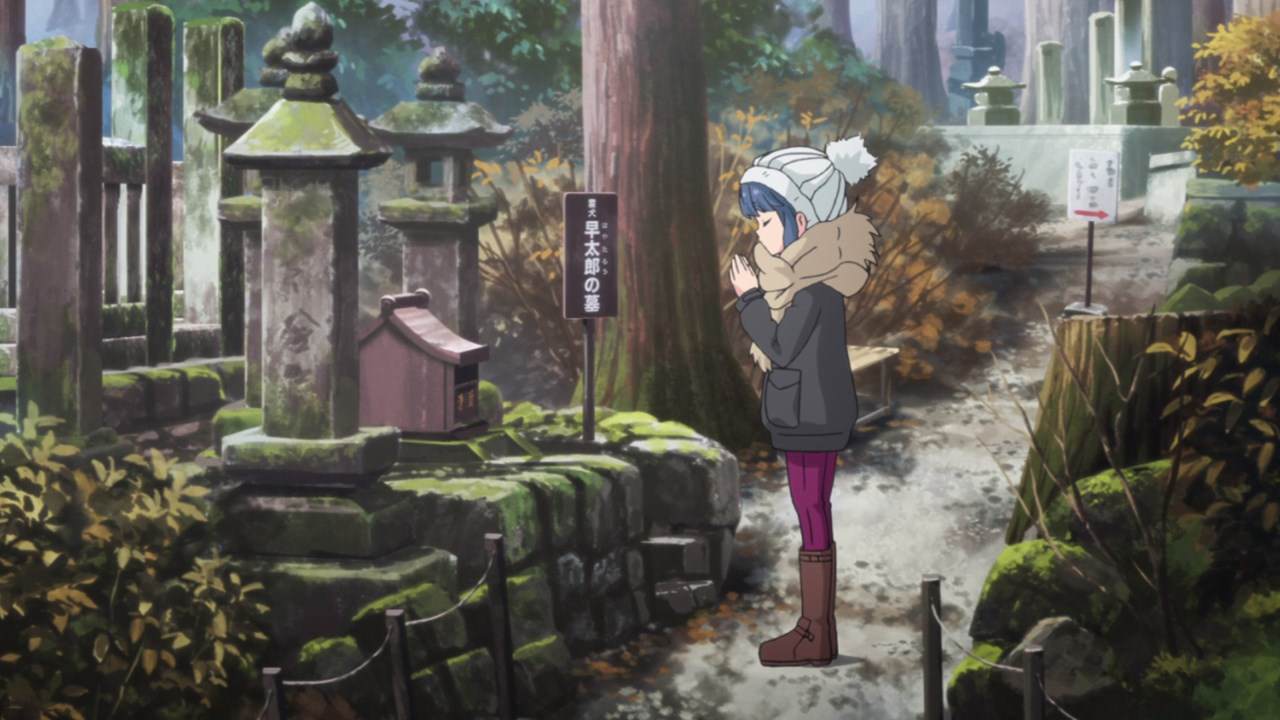 Now then, let’s return to Nagano where Rin Shima continues to find interesting places like the Kouzenji temple where it lies the spirit dog Hayatarou.

It’s nice to see this anime showing off various places outside Tokyo in which viewers will get interested on travelling there!

Oh yeah, seems that Shimarin found a hot spring at last as she’s warmed up and relaxed. Let’s hope that Rin-chan won’t stay for too long or she might not find a place to set-up camp before evening.

One last thing, looks like Ena Saitou will join the Outdoors Club for a camping trip in Christmas Eve, which is great because the more people will join the trip, the better the camping experience. Anyways, I’ll see you next time!