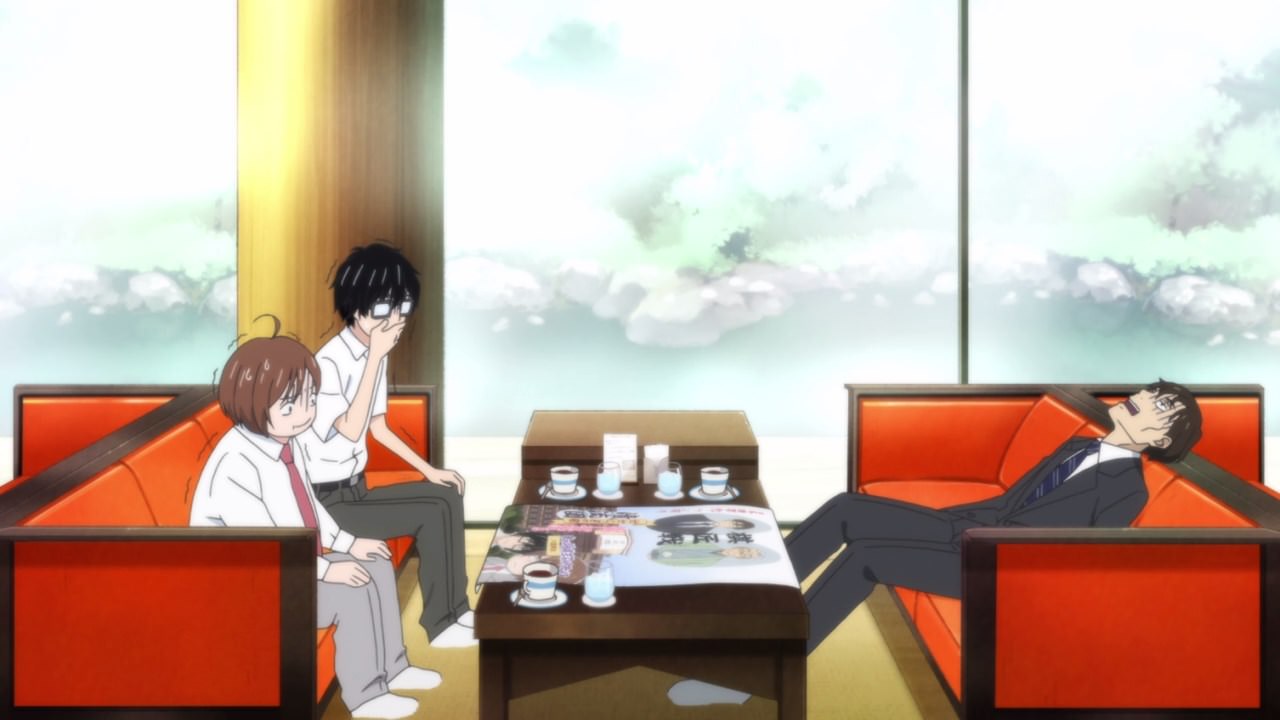 It’s been exactly 28 days after my last post and while the 2018 Winter Games in Pyeongchang is already over, NHK is happily announce the return of Sangatsu no Lion.

Of course, not all of them are thrilled for this series’ return to the airwaves as Kai Shimada is not looking so well. After all, he has one game away on winning his first title against Sakutarou Yanagihara. 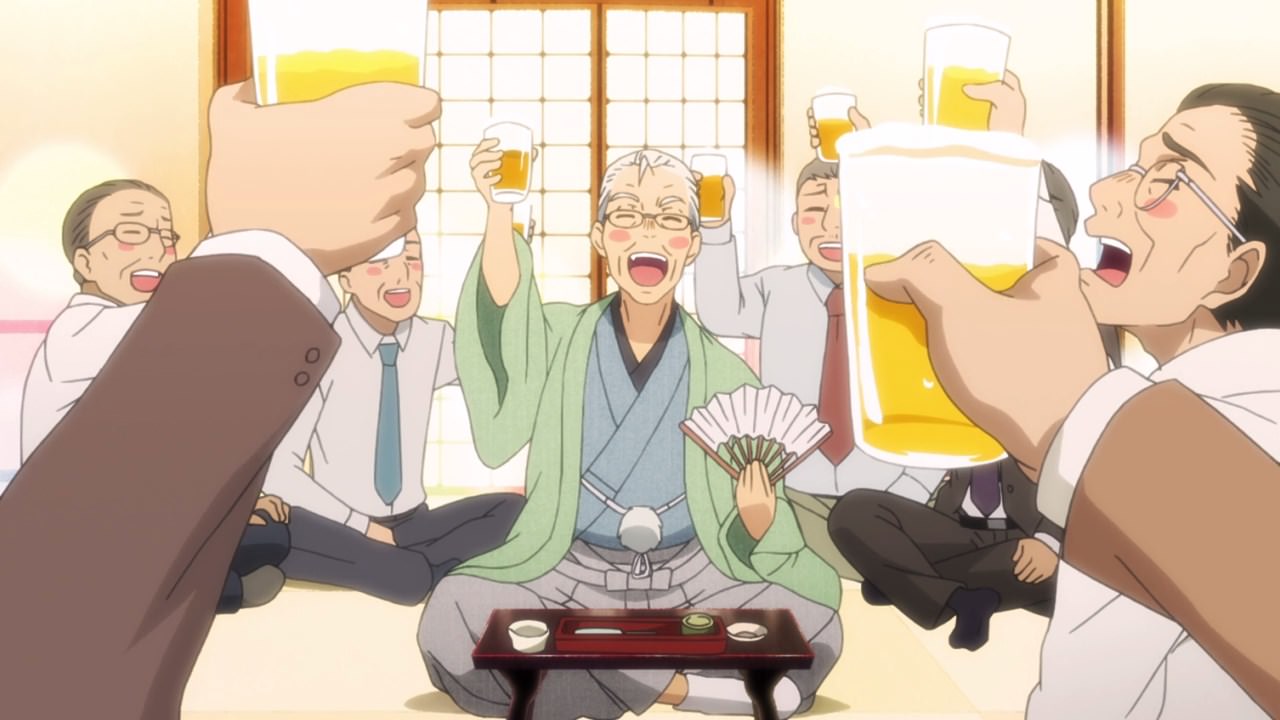 And speaking of Yanagihara, he’s enjoying his pre-match party with his friends. I mean, he’s the oldest Class A shogi player at the age of 66 and a 14-time Kishou titleholder to back him up.

So while he’s enjoying his time before the match, Sakutarou Yanagihara has a rich history both good and bad. 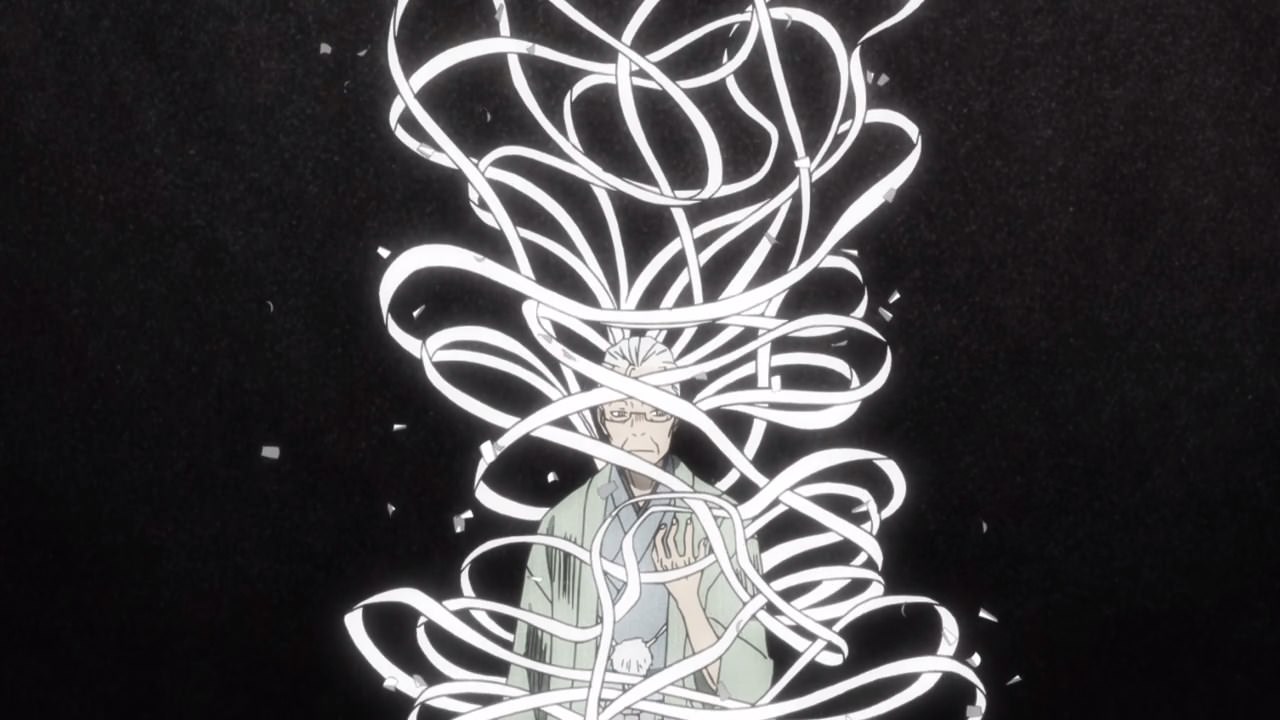 Then again, being the oldest Class A player means that Yanagihara saw many of fellow players from various generations. Some became successful, other left the game for greener pastures as they couldn’t keep up.

So yeah, Sakutarou Yanagihara got a fair share of ups and downs throughout the years. Of course, he fears about his future once the match is over. 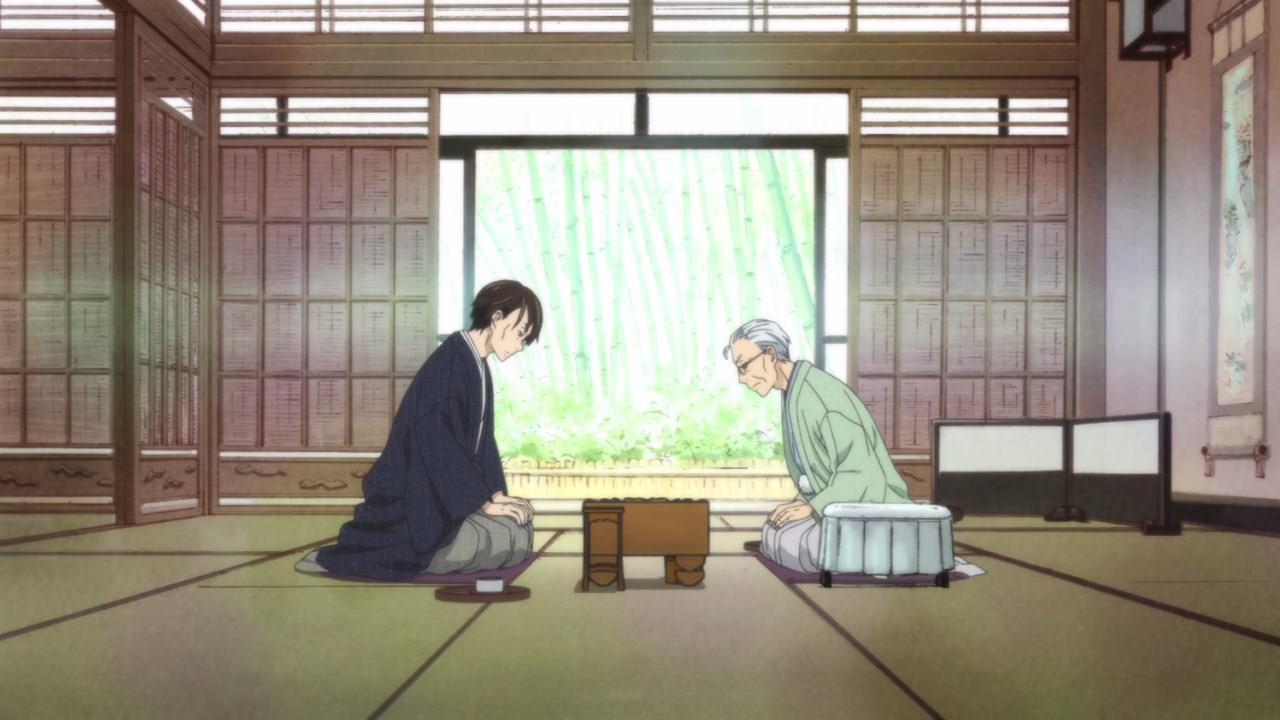 But for now, Yanagihara must defend his Kishou title as he faces the challenger Kai Shimada where this 8th-dan player is seeking his first title. 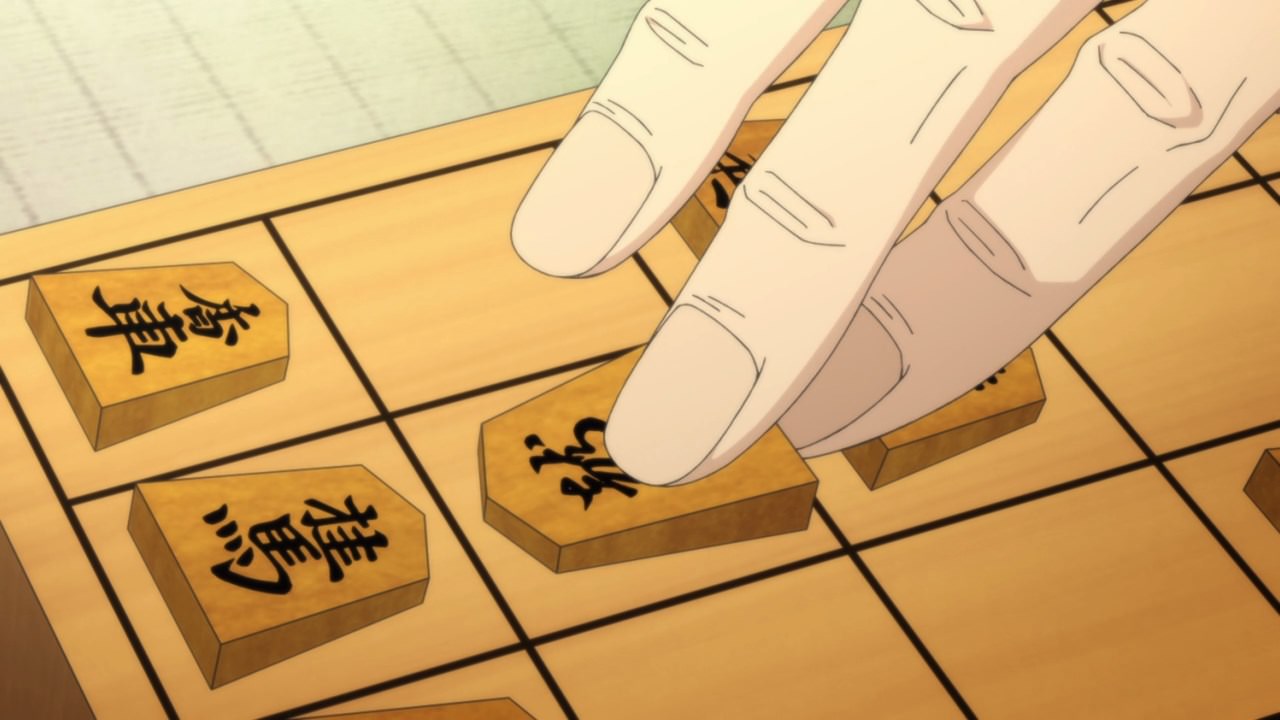 …starting by capturing Shimada’s bishop with his own at 2-2. Well, Yanagihara ain’t pulling punches as he makes a statement that he won’t let go of his title that easily. 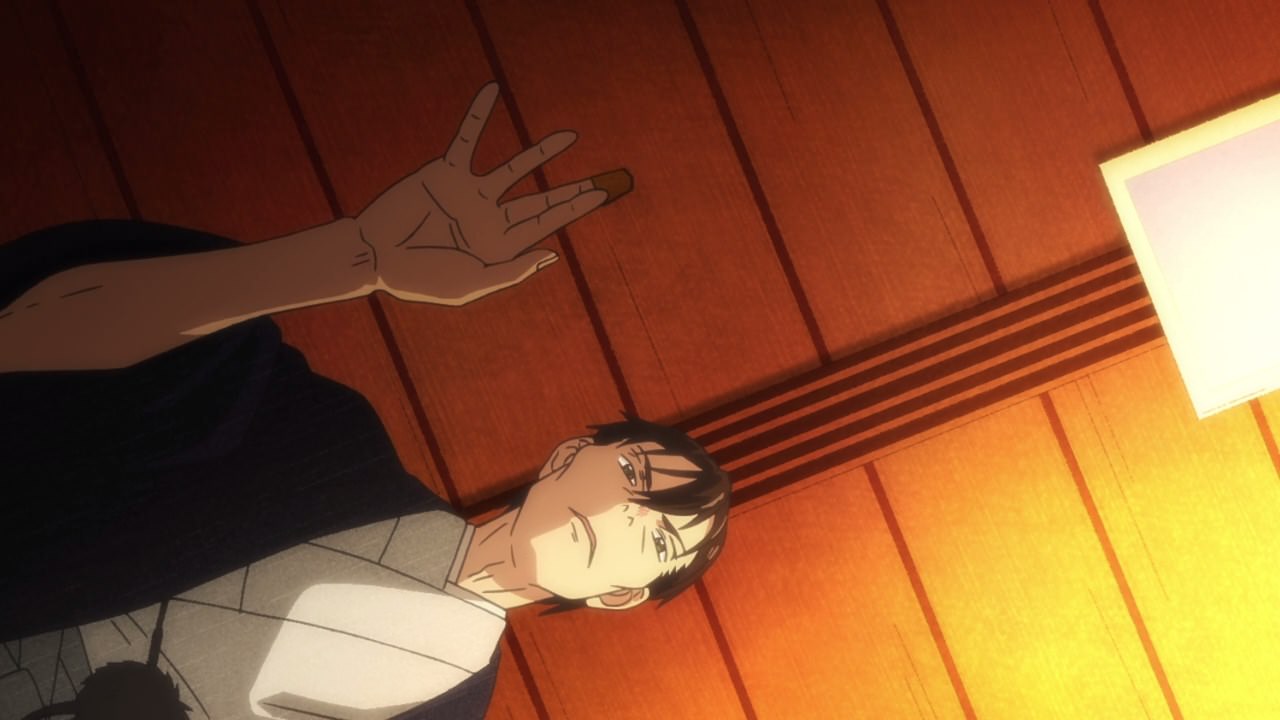 As night draws into the hall, Kai Shimada felt that he’s starting to lose his advantage against Yanagihara. However, he’s not a quitter or anything… 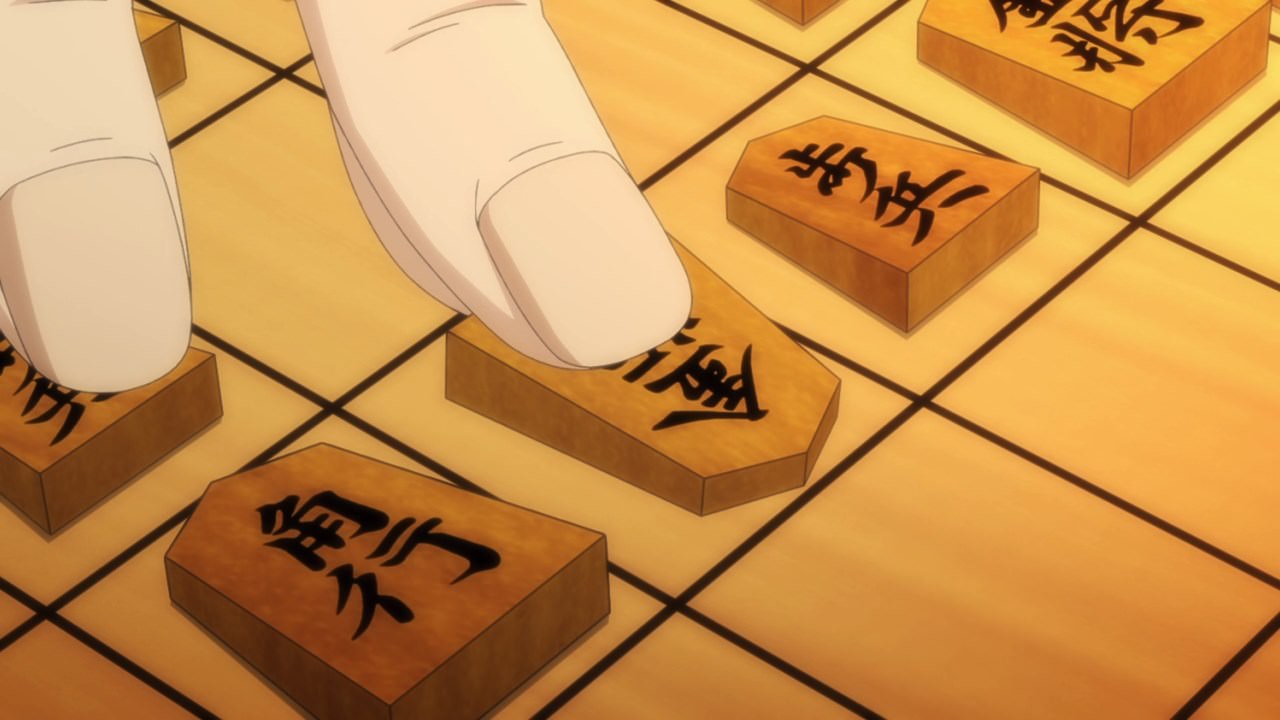 …as he placed his gold general to 5-8, putting Shimada at an advantage over the champion Yanagihara. 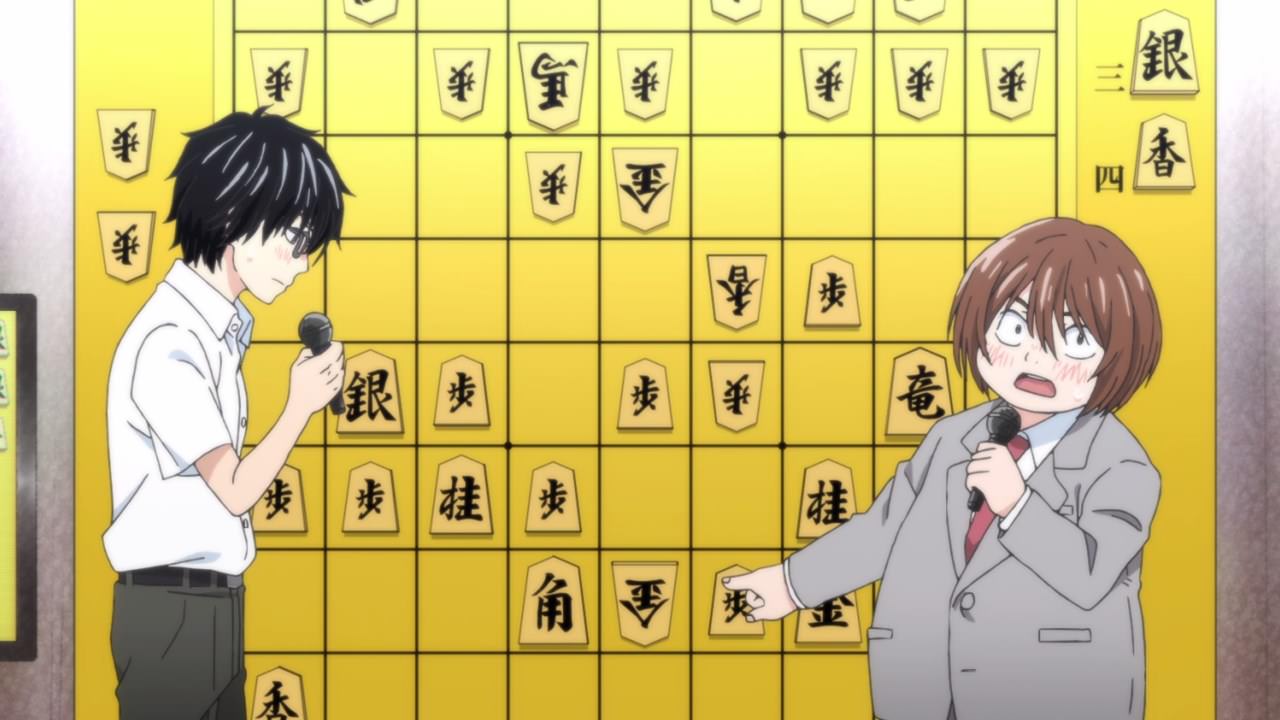 For both Rei Kiriyama and Harunobu Nikaidou, they’re surprised that the challenger is still putting out a fight.

But, how long will Shimada’s advantage last as the champion will make a counter-attack? 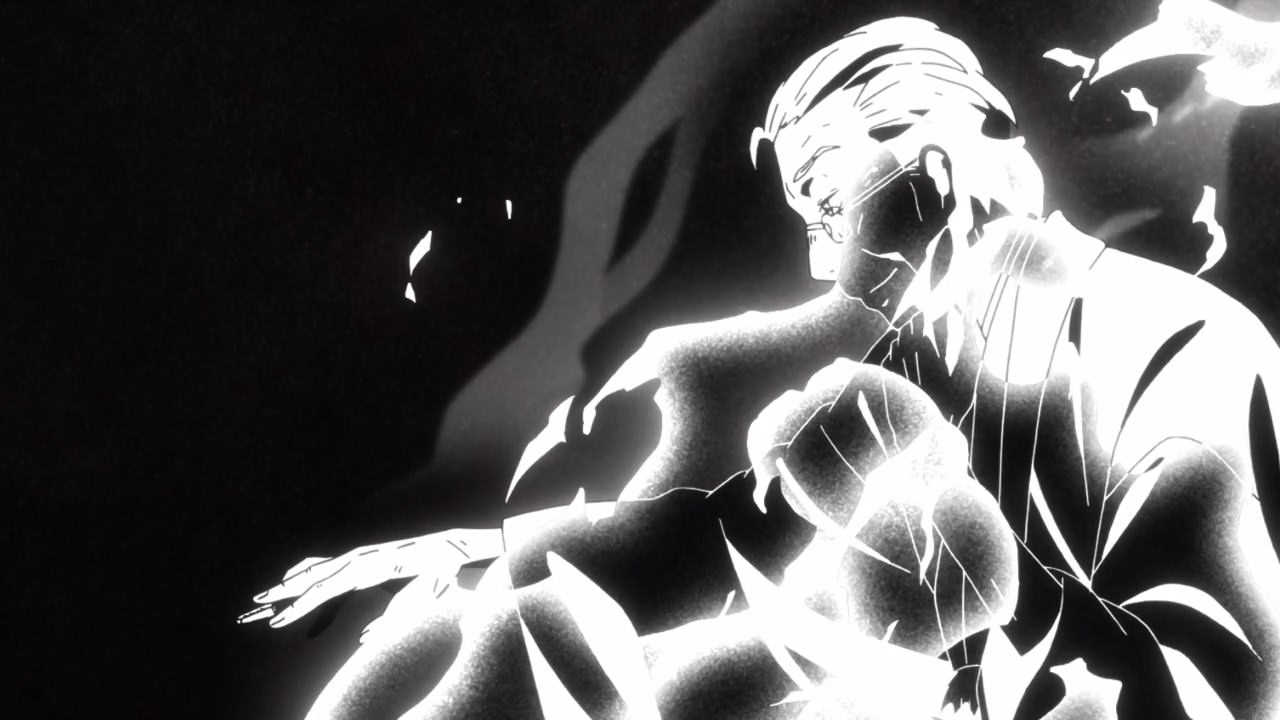 For the time being, let’s end this episode with this amazing shot of Sakutarou Yanagihara and I give props to Studio Shaft for this stunning visual.

With that said, the tournament concludes on the next episode. Whoever wins will be crowned the title of Kishou.

1 Response to Sangatsu no Lion Episode #39