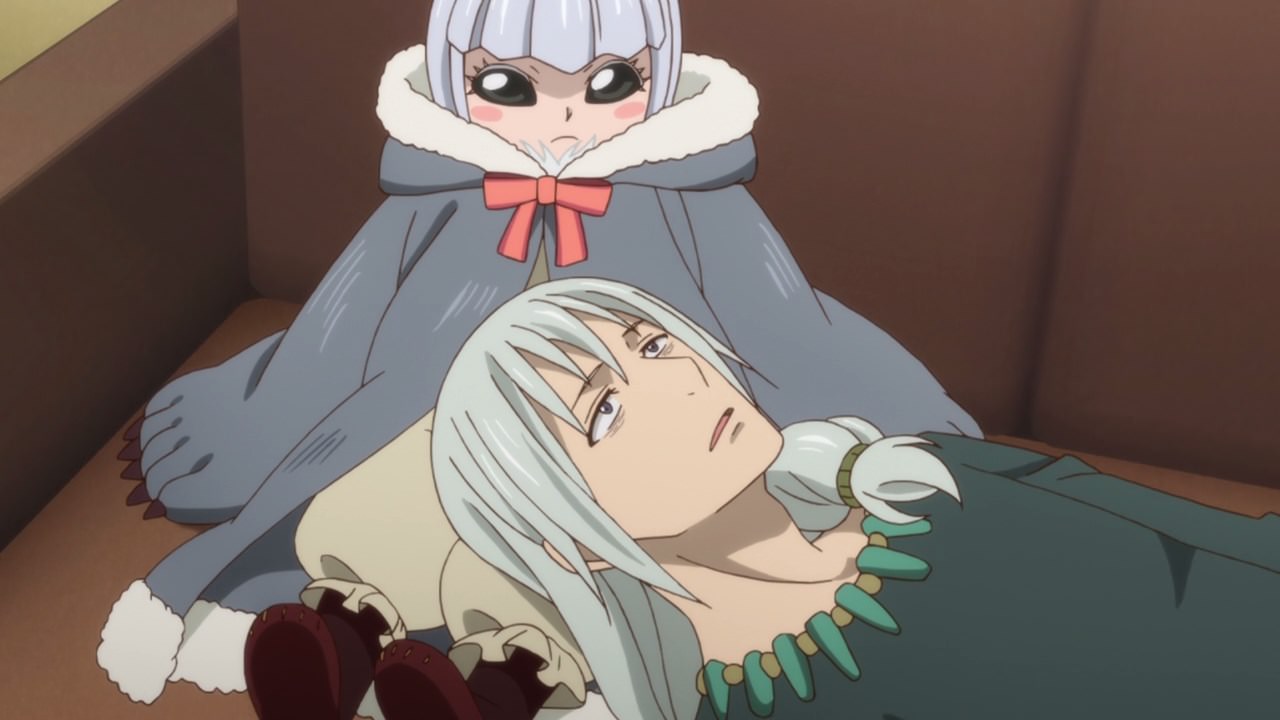 Here’s Adolf Stroud as he’s talking to Lindel through his selkie companion Merituuli ranging from his failure on becoming a mage, to failing to rescue the dragon that was rampaging in London on the previous episode.

So yeah, Adolf is lamenting himself on being an half-assed failure. 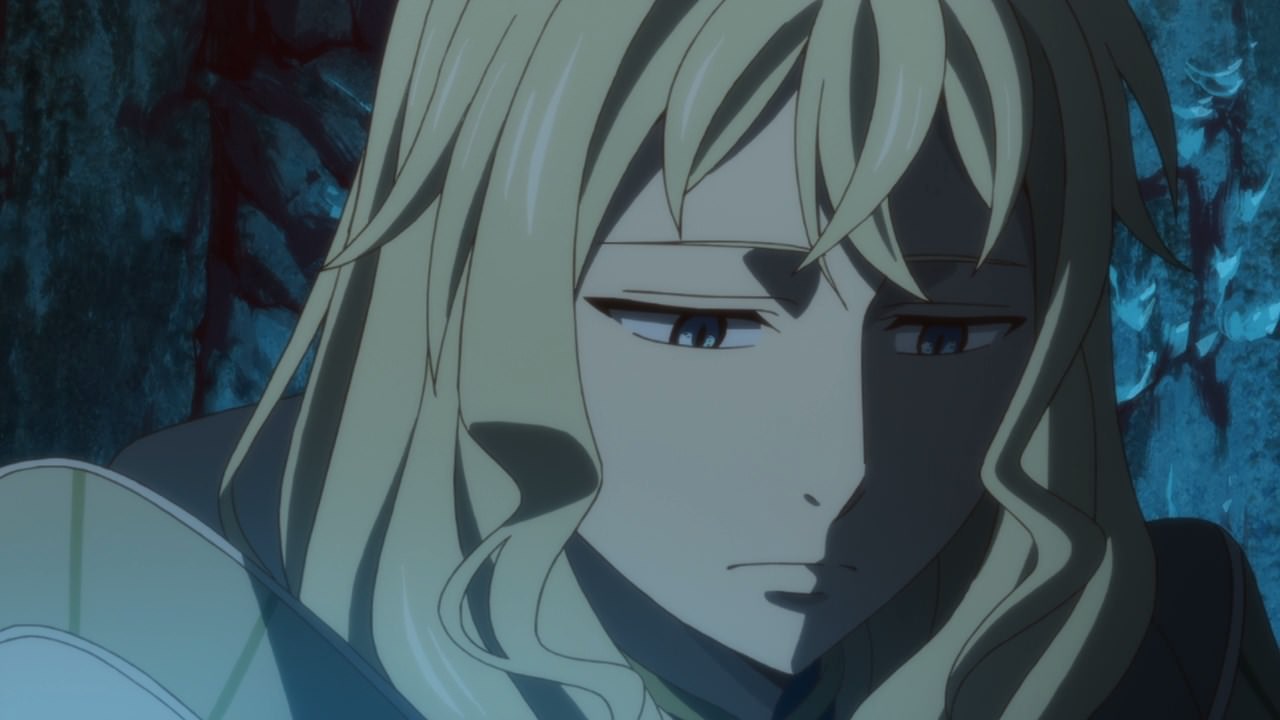 As for Lindel, he can’t do anything other than taking care of the dragons. Of course, Lindel wants to find a replacement soon so he could help Chise Hatori who is currently afflicted by the dragon’s curse. 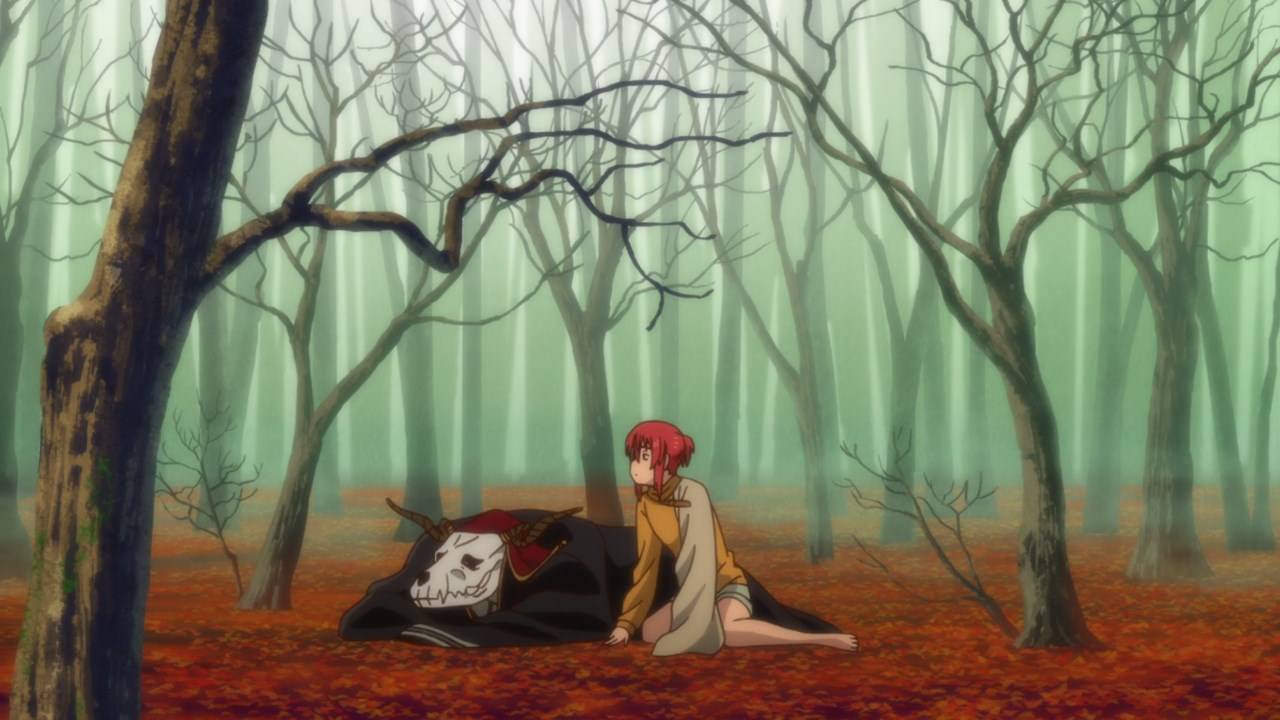 Speaking of Chise Hatori, she and Elias Ainsworth went to the witches’ coven where they might find a way to get rid of the dragon’s curse. 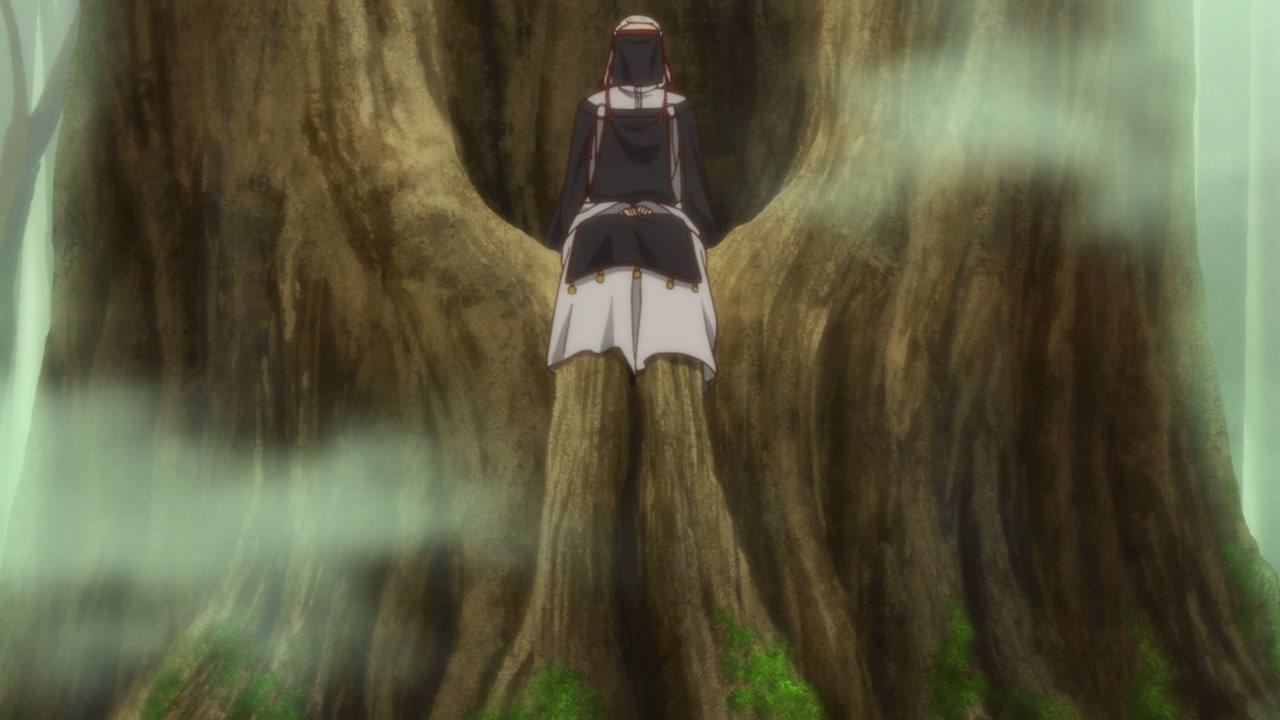 And here’s the leader of the witches named Phyllis who knows about the curse, but unfortunately she can’t get rid of it unless Phyllis told them to kill the dragon. 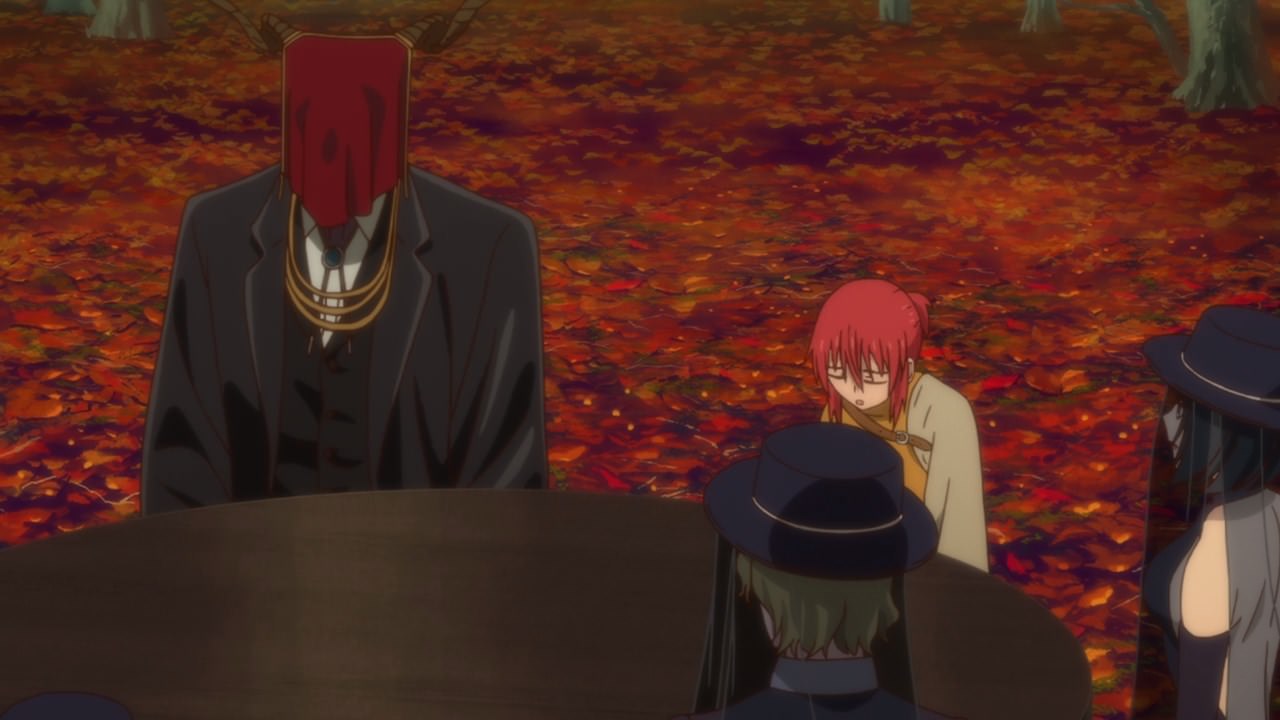 But since Chise Hatori couldn’t do that, there’s no other choice but to live with this curse.

In any case, looks like Mariel’s suggestion to have the witches removed the curse from Chise was a bust. However, they won’t give up until they found a way to lift that curse. 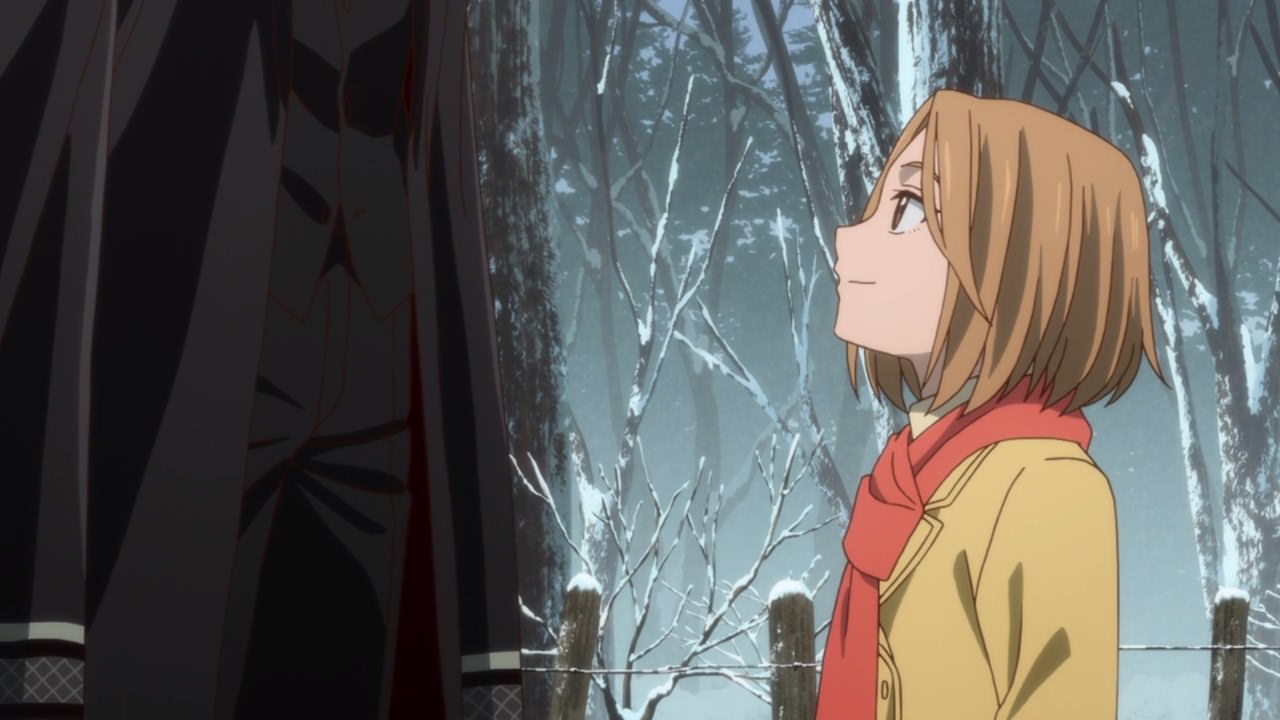 Unfortunately, seems that Chise Hatori will be left out for this one as Elias Ainsworth has another idea, which involves a familiar girl named Stella Barklem. 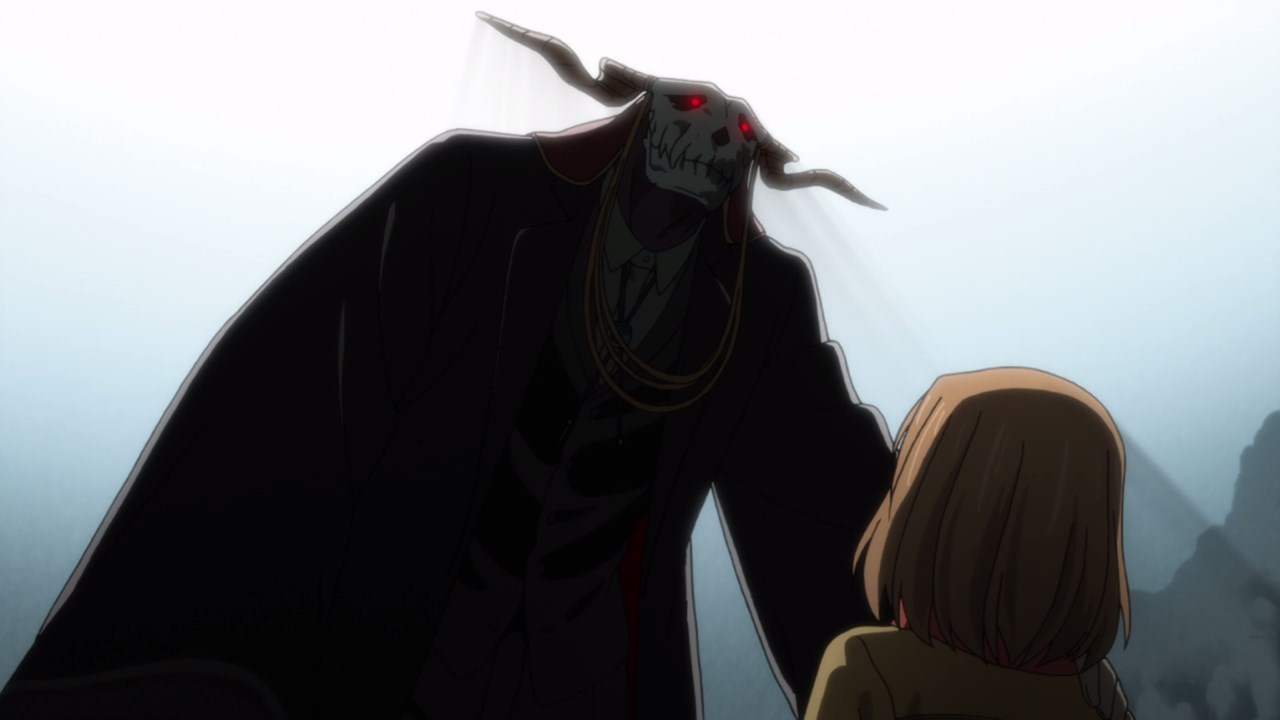 In any case, the Thorn Mage will do something drastic as he’ll sacrifice Stella Barklem in order to lift up the curse from Chise Hatori.

Yeah, I feel that Elias has gone so low by using this girl’s life! 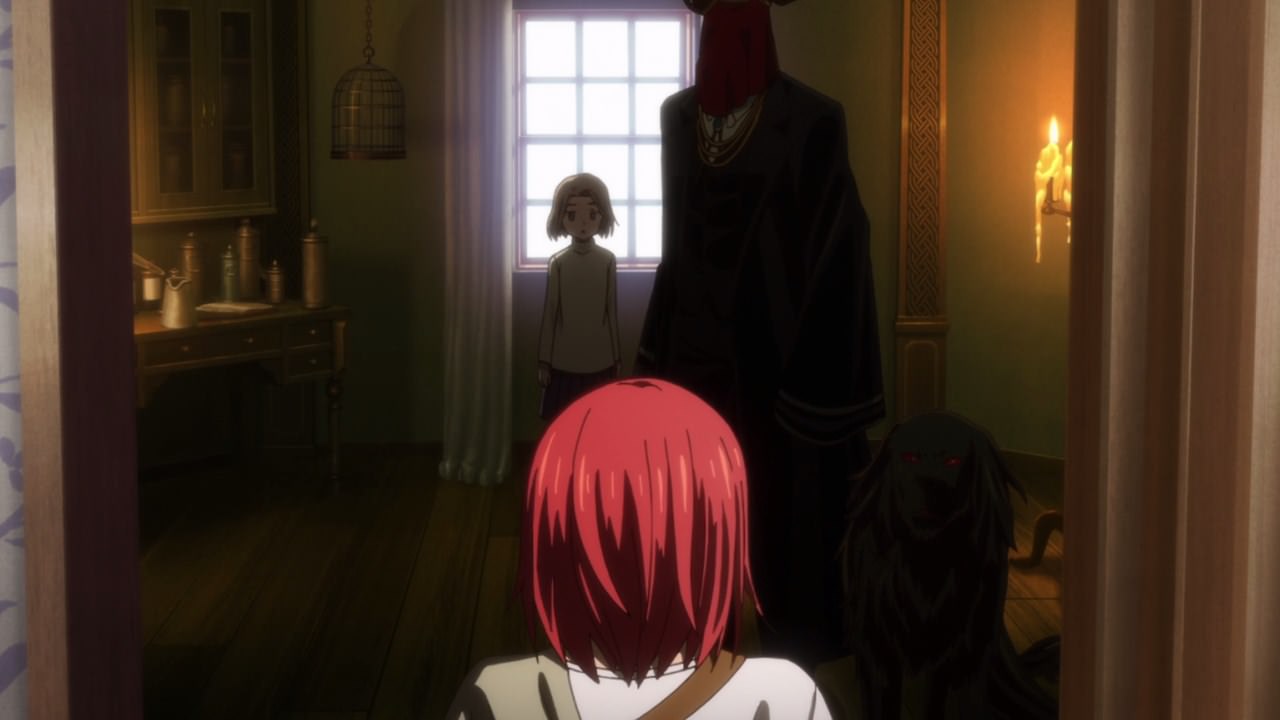 So when Chise Hatori managed to find Elias Ainsworth, she couldn’t believe that the Thorn Mage would do something horrible just to let her live. 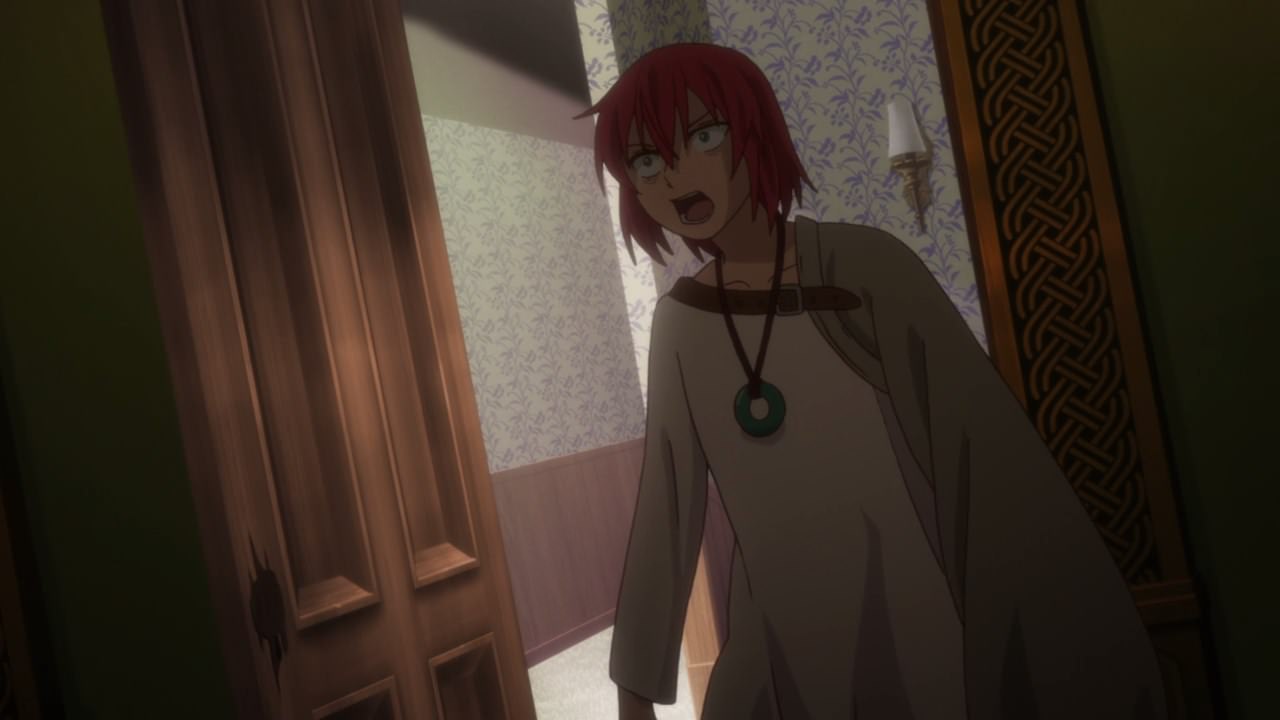 Yeah, Chise is pretty mad towards Elias as his actions are no different from Joseph (or Cartaphilus). Ugh, what she said is very nasty, yet she’s right that human experimentation is wrong. 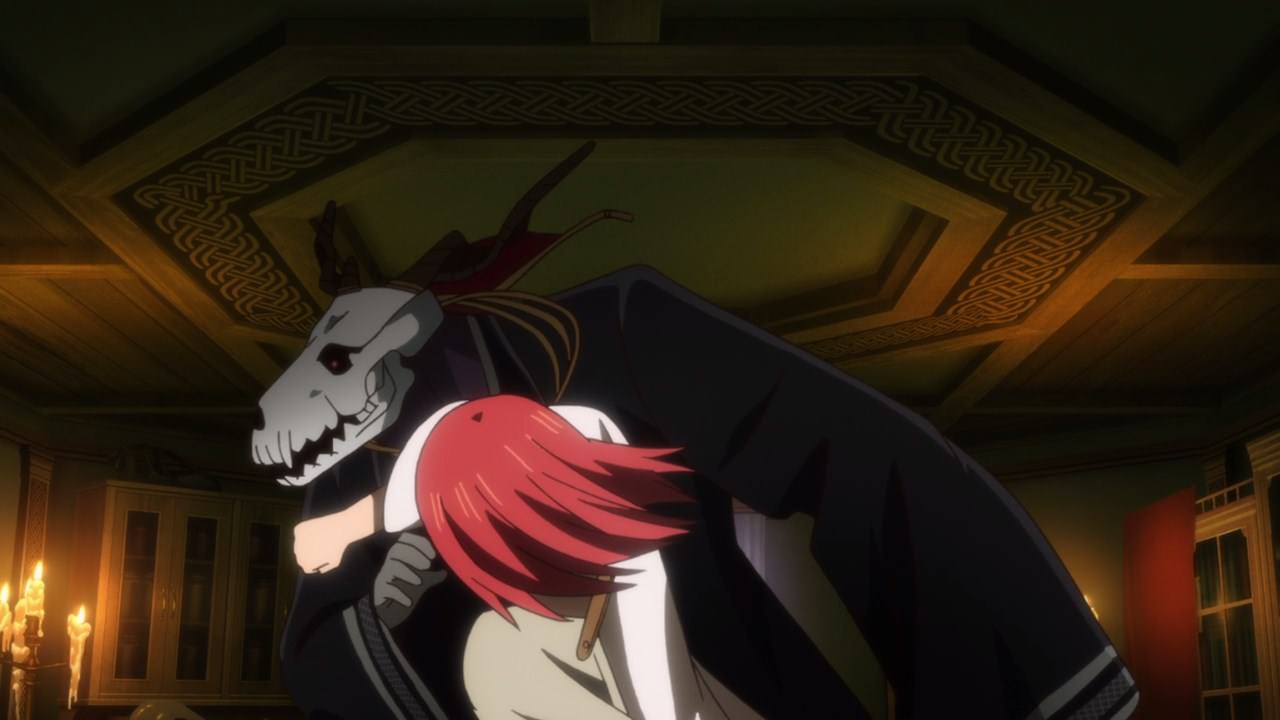 And so, Chise Hatori punched Elias Ainsworth in the skull and left with Stella Barklem.

Well Elias, you can’t kill a dragon and you can’t sacrifice Stella just to let your bride live. But wait a minute, what about Stella? 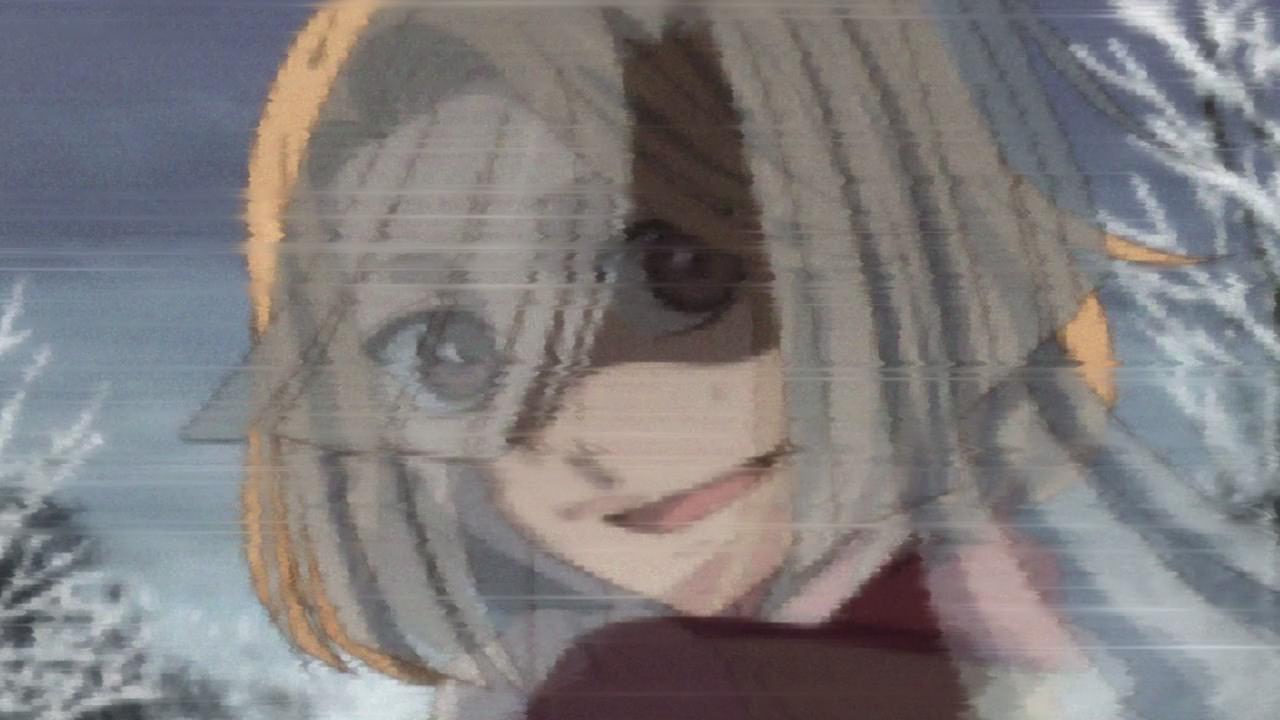 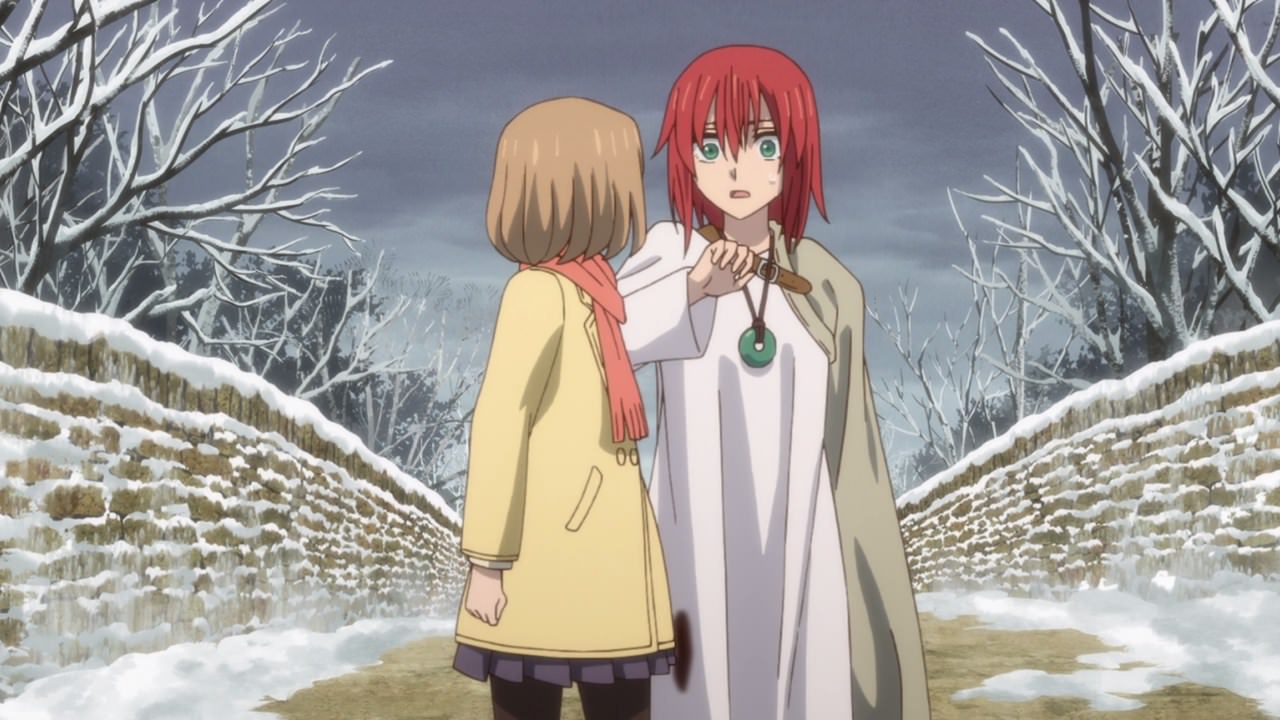 It turns out that she’s not really Stella Barklem, but rather she was possessed by that bastard named Joseph (or Cartaphilus) as Chise Hatori barely saw him before revealing himself.

Of course, he has a proposal in which Chise will live in exchange for the dragon’s curse. 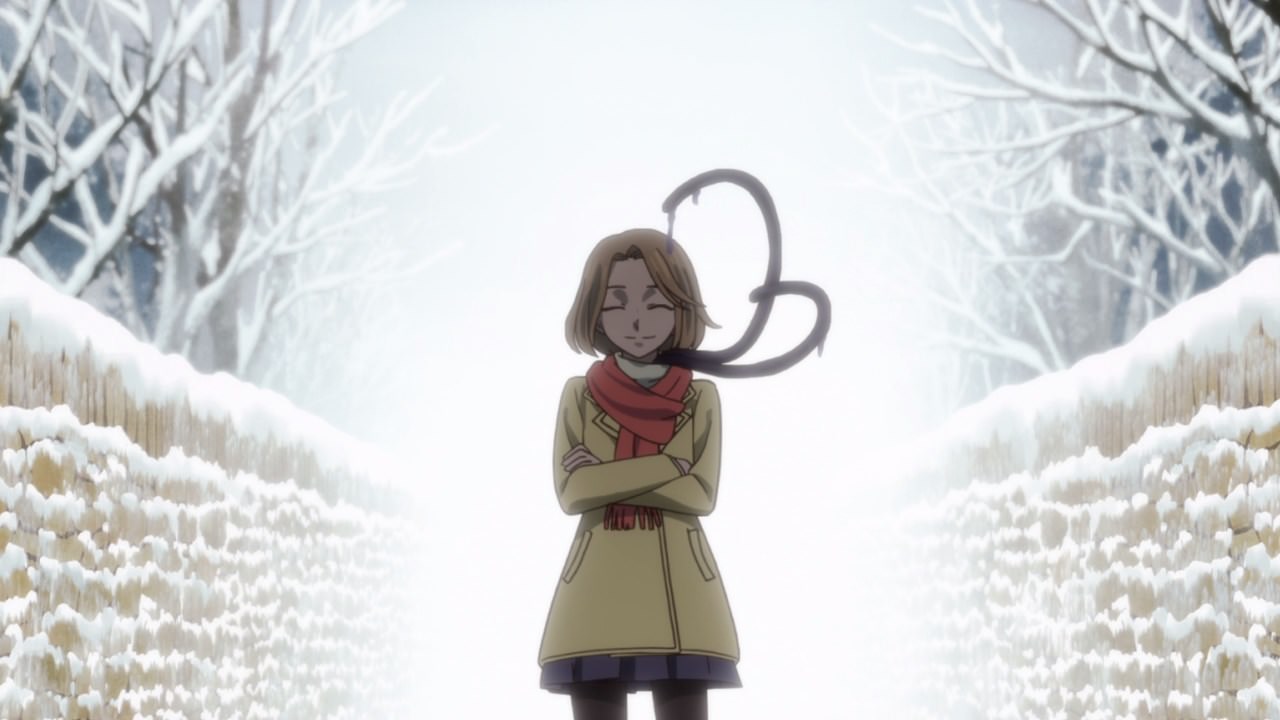 Should Chise refused Joseph’s proposal, he’ll do something horrible towards Stella Barklem. God, this is a nasty situation but given that Chise hates Elias for sacrificing Stella’s life, she has no other choice but to seek Cart- I mean, Joseph’s help.

Then again, I know that’ll Joseph (or Cartaphilus) will just flat-out kill beth Chise and Stella, then take the dragons’s curse from Chise’s left arm once the deed is done. So with 3 episodes to go, this is gonna a wild ride towards the finale!