We’re now closing into the final stretch of DEVILMAN crybaby as Noel Makimura is currently finding his family at a refuge site in Getsumen Public Park, hoping that they’re okay.

However, it turns out that his family reunion turned into a nightmare as Noel Makimura saw his son Taro devouring his mother Akiko inside this tent.

With that said, Noel pulled up his handgun that was picked up from a corpse and tried to shoot his son.

However, he couldn’t pull the trigger towards his son as Noel started sobbing that he cannot kill Taro outright. After all, Noel loved his family that he couldn’t kill them even if they turned into devils.

That’s until the SWAT team arrived to kill off the devil, but Noel Makimura told them that his son is in there. 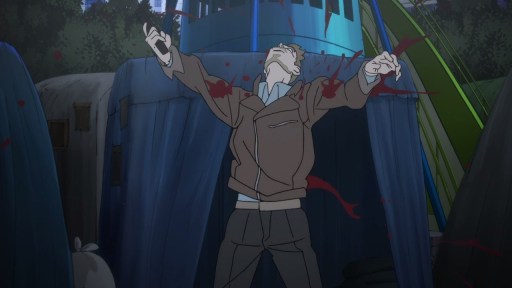 Sadly for him, Noel Makimura was killed as well as his son Taro with a spray of bullets. 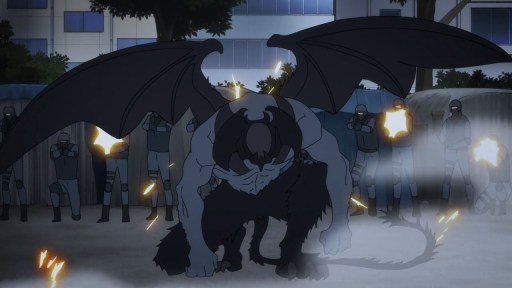 Meanwhile, the Devilman arrived to rescue the entire Makimura family as he shielded them from gunfire.

Sadly for Akira Fuudo, what he rescued are already dead as he took them away from the SWAT team…

…and bury them somewhere. I must say that Akira didn’t like how it ended for Miki’s parents and her younger brother.

But just when he’s finished lamenting the loss of Miki’s entire family, an army of devils led by Xenon arrived to tell Akira to return to their side as Amon, but he refused to do so! 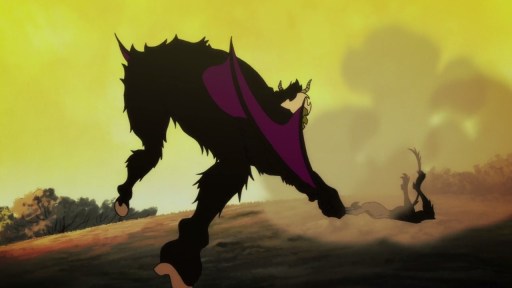 Hearing his answer, Xenon decided to beat the shit out of Devilman for betraying them.

After all, the devils considered Amon as their greatest ally and now they’re disappointed that his spirit is inside a mere human like Akira Fuudo. 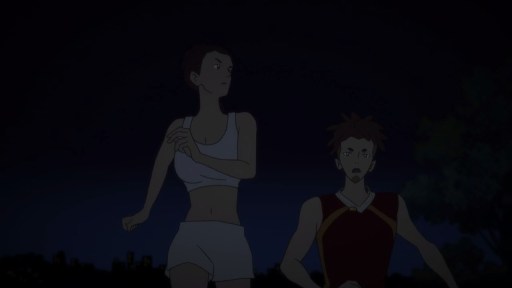 Fortunately, both Miki Kuroda and Moyuru Kouda have arrived to find Akira Fuudo… 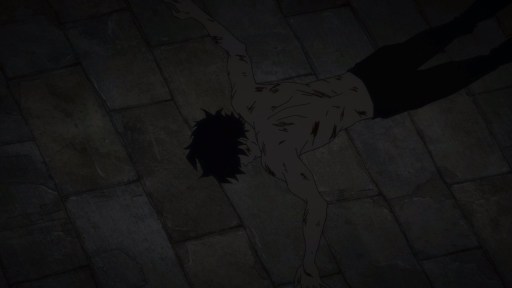 …as he’s being reduced to his puny human form. Of course, the devils will try to kill Akira off once he’s down. 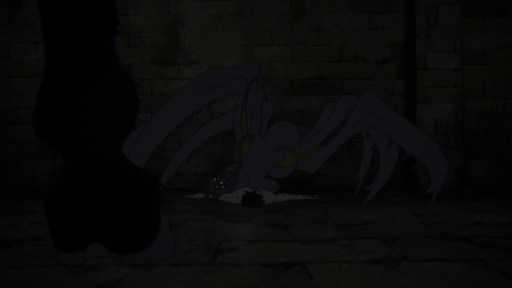 Too bad for them as Miko transformed into her arachnid form and rescued Akira from being murdered. But wait, what about Moyuru-san?

Well, he stayed behind as Kouda tries to convince the devils that he’s on their side, just to save his skin.

Then again, the devils are cunning that they won’t fall for Moyuru Kouda’s tricks as they still treat him as a human.

Now let’s change a bit as Ryo Asuka traveled to the Amazon jungle where the local tribesmen took him to their village, thinking that he’s some kind of deity that they worship throughout their lives.

In any case, Ryo followed along to their village and what he’ll discover there will truly change him.

Turns out that Ryo Asuka saw an idol statue whose face resembled him, and it has 8 angelic wings stretched out like a seraphim. Hmm, could it be that Ryo is somewhat an angel in his previous life?

With that said, it’s an interesting find as Ryo is not some ordinary psychopath who wanted to get rid all of the devils around the world. 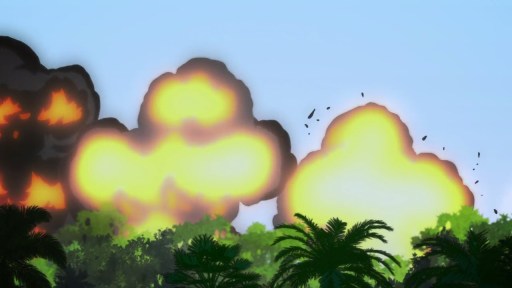 Unfortunately, the entire Amazon village got decimated as the air force bombarded the area, thinking that there are devils in the jungle.

But miraculously, Ryo Asuka survived as he’s surrounded by a ball of light. Yes, that same light that the devils are afflicted by it. 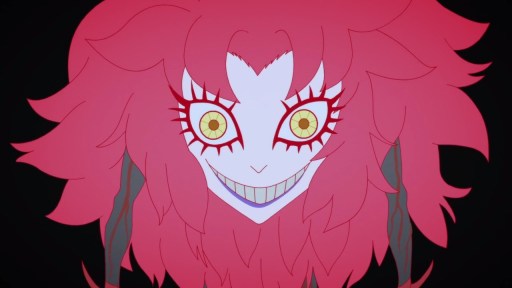 On the other hand, Ryo was greeted by a devil named Psychogenie, who turned out to be his own secretary.

I wonder what this Psychogenie fellow is planning to do towards Ryo Asuka. After all, it seems that Ryo is reincarnated from some heavenly being that died many centuries ago.

Now let’s go back to Akira Fuudo as he was brought into the Makimura residence together with Miki Kuroda.

So while Miki Makimura asked him if her family are okay, Akira Fuudo told her the awful truth…

…that her parents as well as her brother Taro were killed by the SWAT team, and he failed to save them right away. Well, Akira regretted it that he’s started crying. 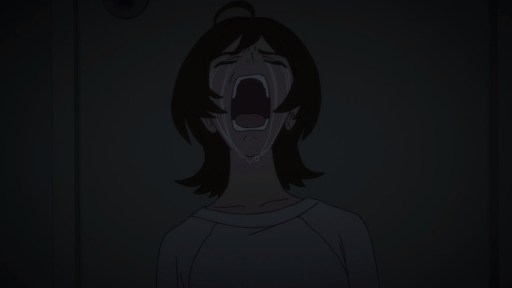 As for Miki though, she couldn’t accept it that her entire family are murdered just because one of them is a devil. I must say that this is too much! 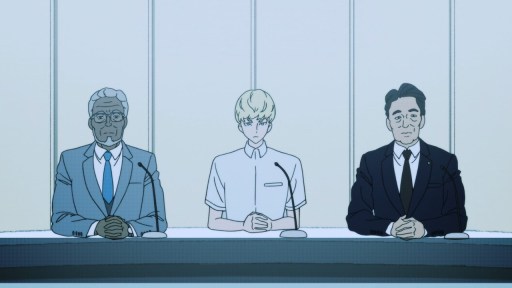 Lastly, here’s Ryo Asuka as he returned to Japan for an important announcement. It turns out that the root cause of the devils’ emergence were humans themselves as they’re unsatisfied with everything that deprave them.

But wait, there’s more as Ryo told everyone that the one that started it all is none other than Akira Fuudo, also known as the Devilman. 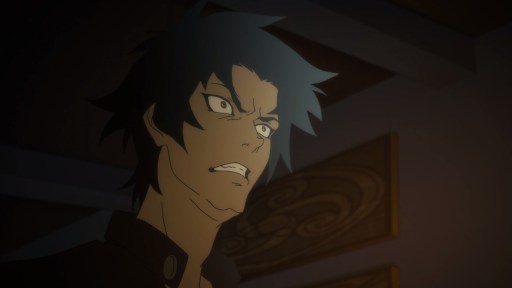 And upon hearing that, it seems that Akira Fuudo couldn’t believe that his former friend sold him out to every hysterical person in the world. God, Ryo Asuka is paying him back the favor with this backstabbery.

So with Akira Fuudo being tagged as the villain, it appears that everyone will try to kill him off, and also his loved ones like Miki Makimura. As the next episode approaches, things have become far worse that I’ve imagined!