A Place Further Than the Universe Episode #10 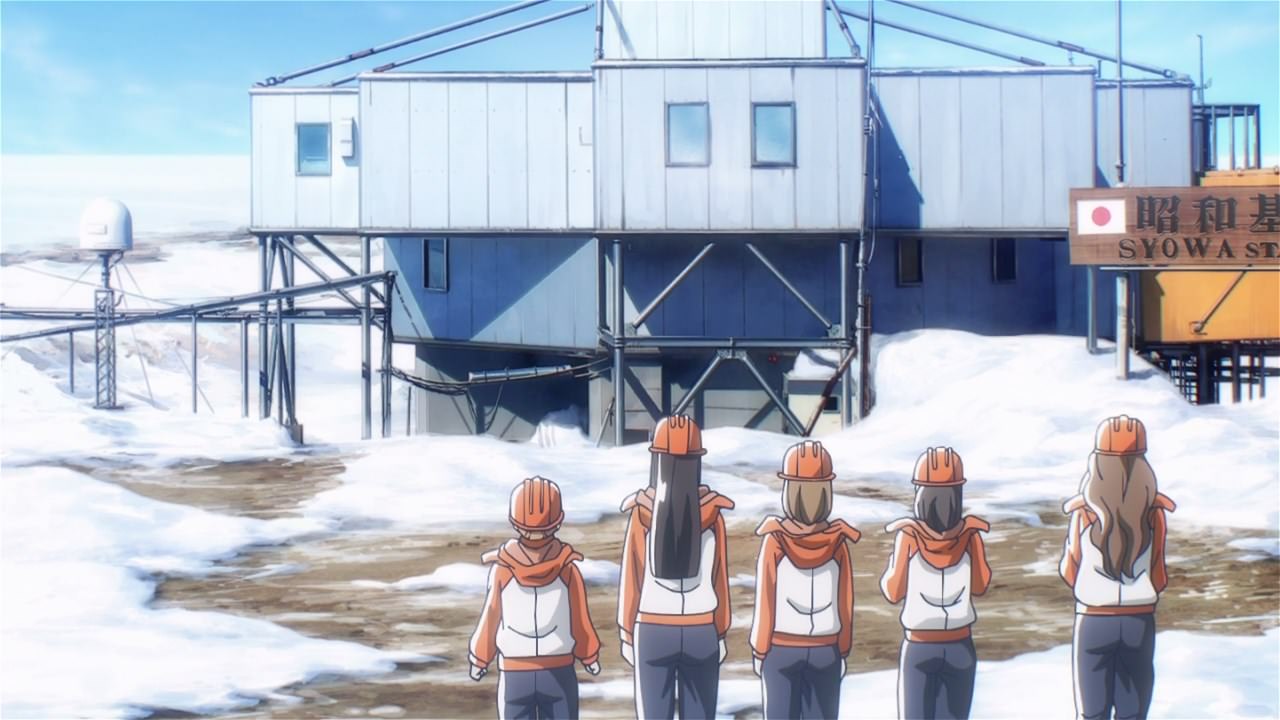 Welcome to Syowa Station, Japan’s only site in Antarctica where the exploration team will use it again.

I mean, it was abandoned 3 years ago since Takako Kobuchizawa’s disappearance and while it needs some cleaning-up to do, this place is still usable as the Penguin Manju crew will stay in time for Christmas. 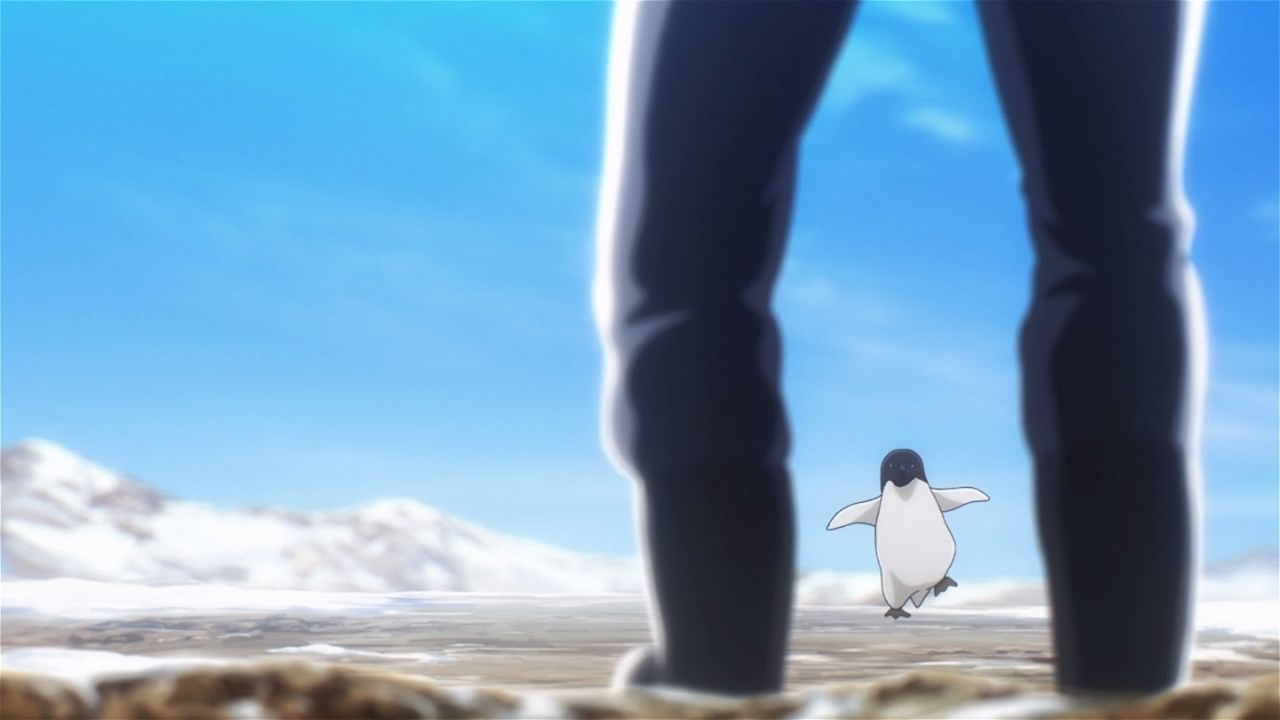 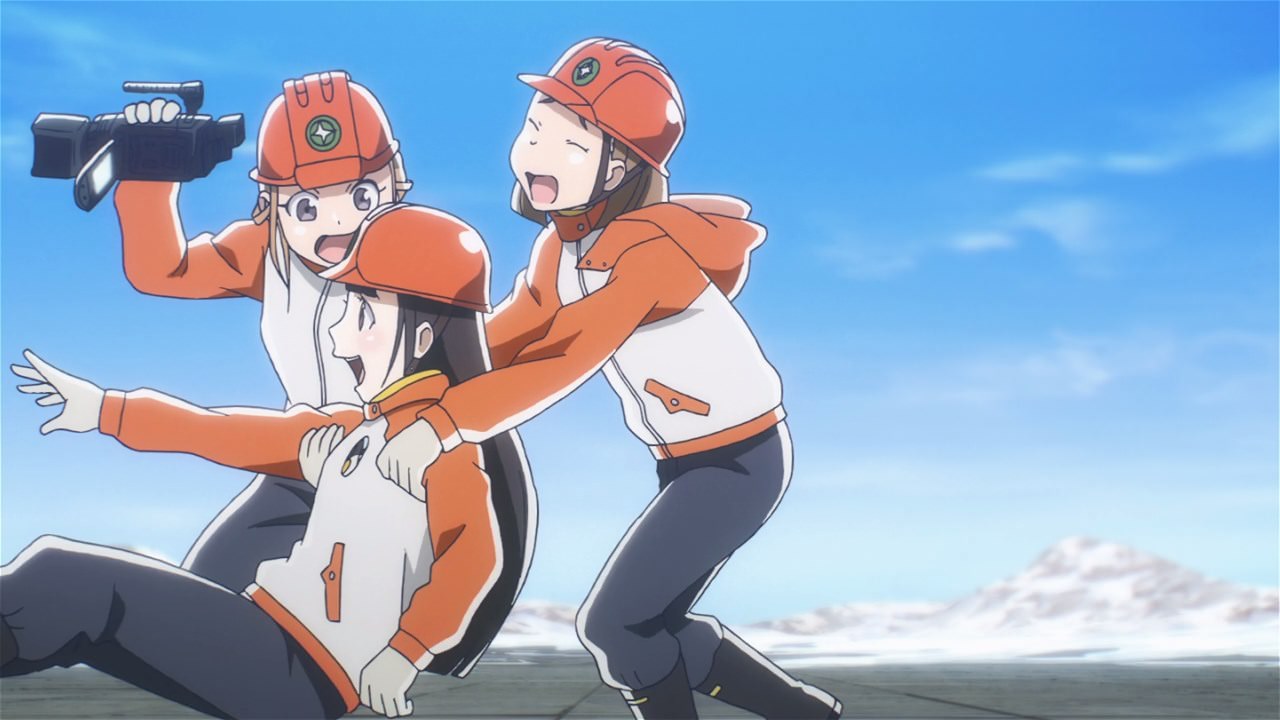 For Mari Tamaki and her friends, it’s their first time staying at Syowa Station as they went ahead and enjoy various things like capturing a penguin on video.

Then again, Shirase Kobuchizawa couldn’t take it anymore as she decides to get closer to the penguin, much to Hinata Miyake’s annoyance as she tries to pull Shirase out from the penguin. 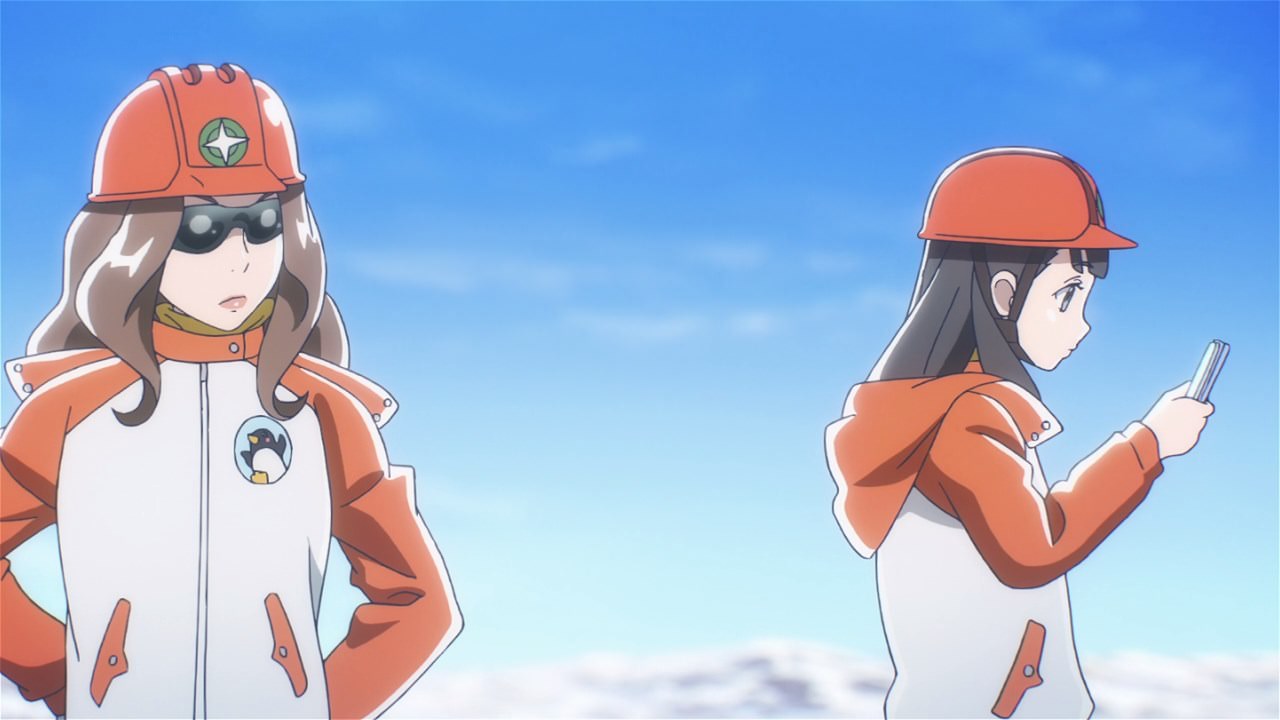 On the other hand, Yuzuki Shiraishi received a text message from her mother Takiko, saying that she got a supporting role at a morning drama show.

That’s great and all that, but Yuzuki is worried that she might not have some free time with her friends. 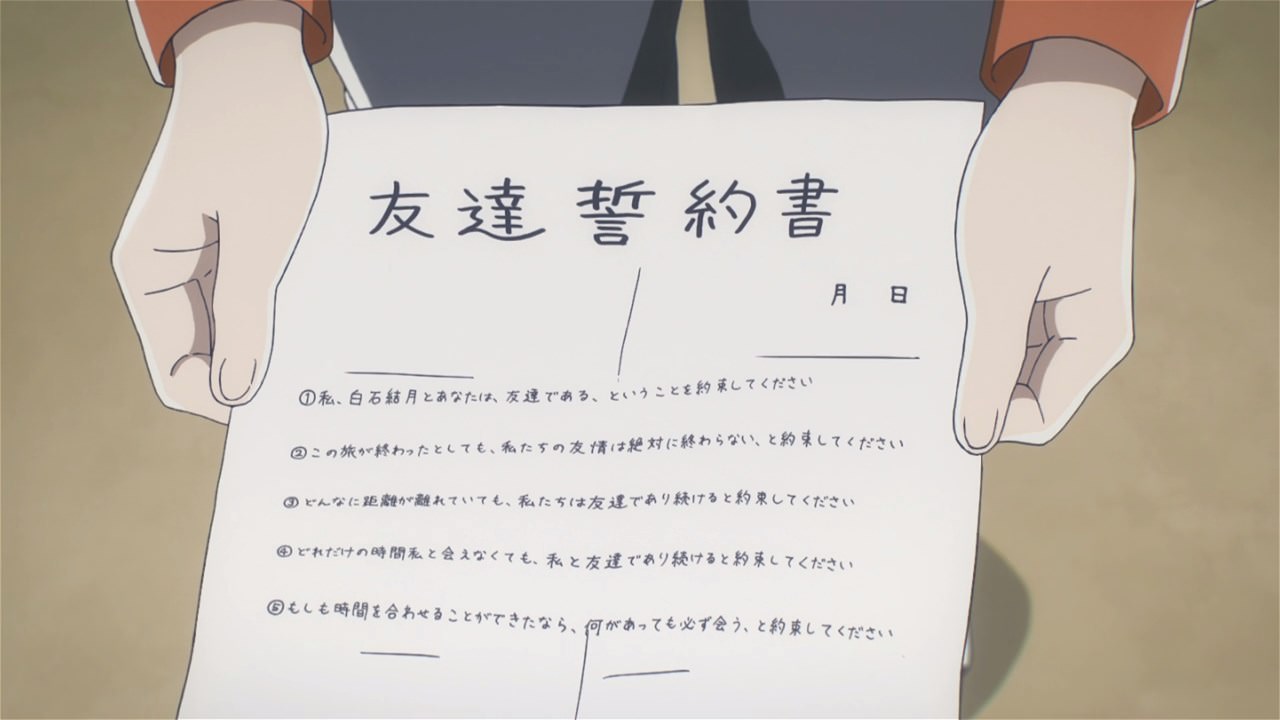 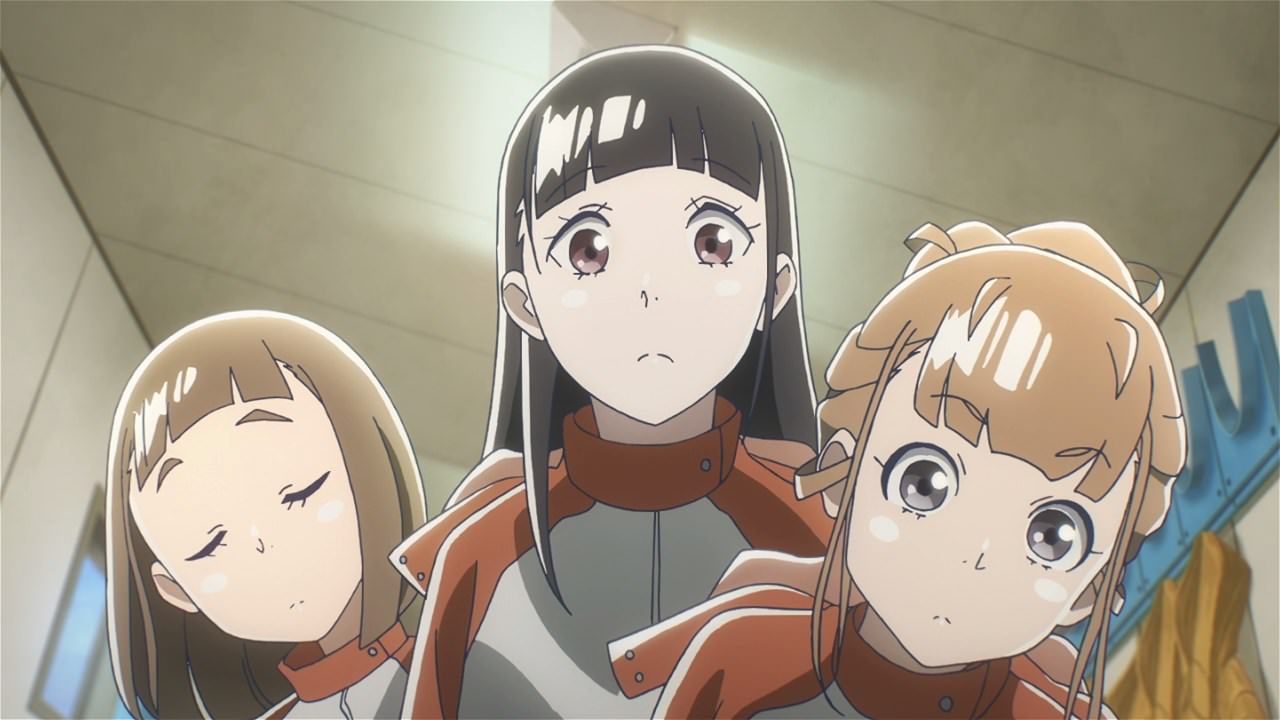 Heck, let’s scratch that as she’s doubting about her friendship with the rest of the girls like Kimari, Shirase, and Hinata.

So, Yuzuki decides to pull out a friendship contract in order for the girls to sign it. Then again, signing a contract is not worth it at all since it’s just beneficial, not mutual understanding. But you know what, Yuzuki feels a bit lonely even if she has friends… 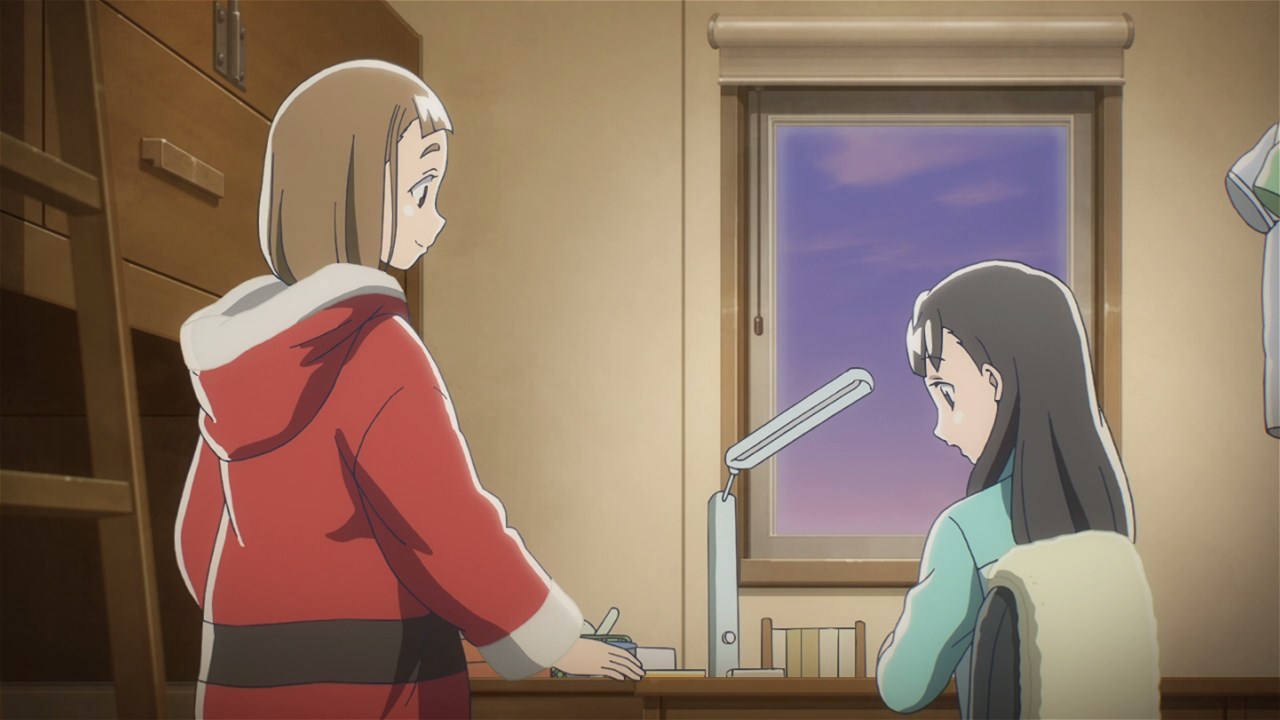 Heck, even Mari Tamaki understands her somewhat as she has some ups and downs with her childhood friend Megumi Takahashi, like about the time Megumi wanted to break off their friendship but Kimari refused to do so.

In any case, it’s not like their friendship will end after the Antarctica exploration is over, as Kimari still wants to be friends with Yuzuki even if she’s busy! 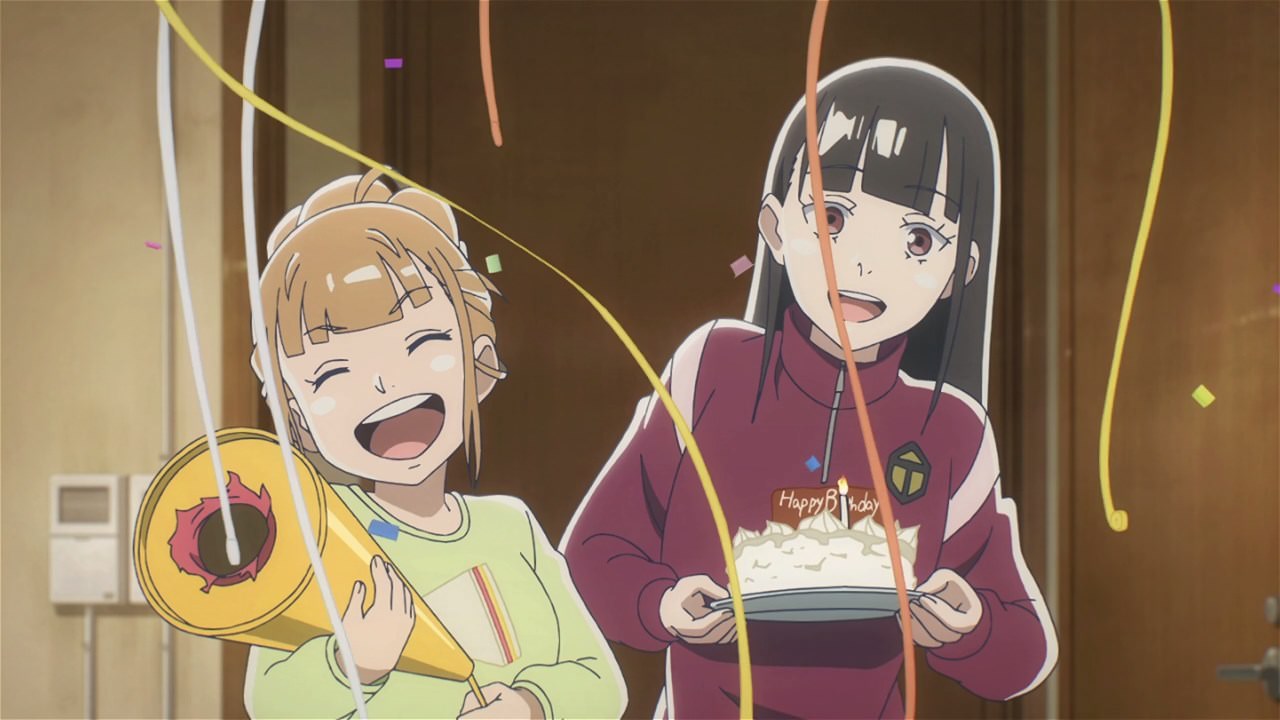 Oh and not just Kimari, but also Hinata and Shirase as they’re here to celebrate Yuzuki’s belated birthday in addition to Christmas Day! 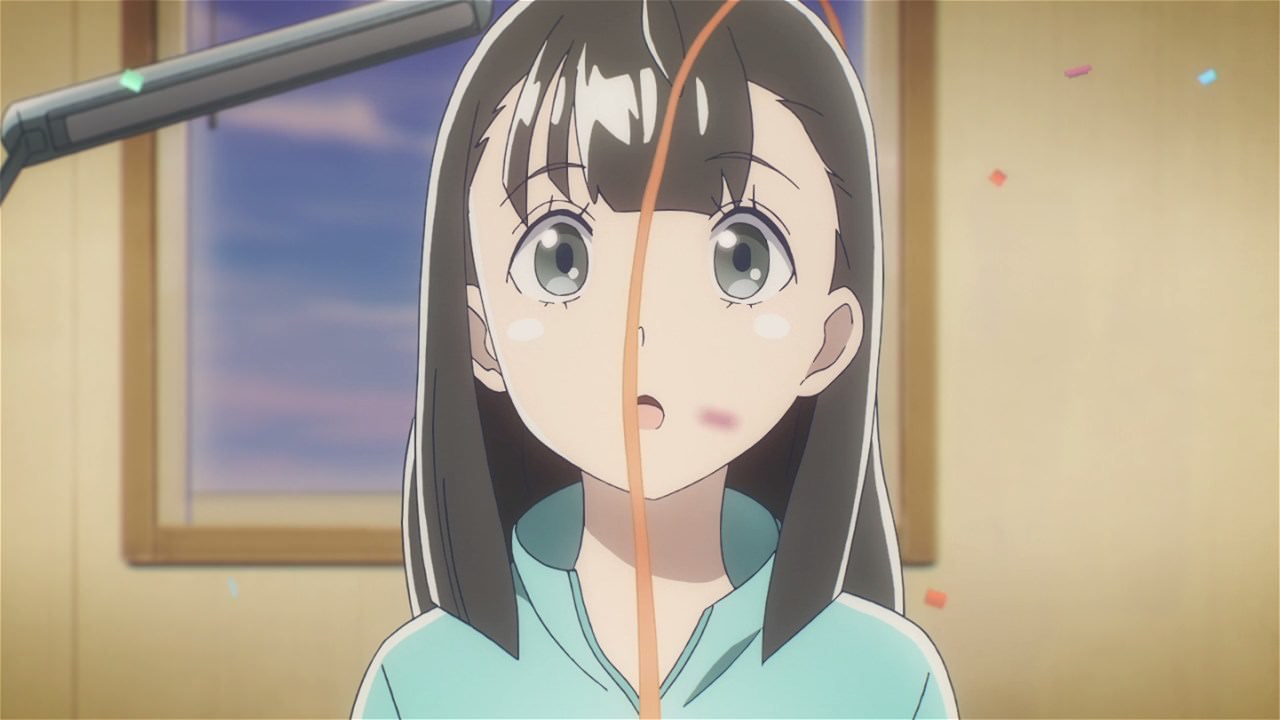 As for Yuzuki Shiraishi, she was surprised yet happy that her friends are putting up a birthday party for her. How nice from them and I have to say that this is what I called a genuine friendship!

But that’s about it for this week’s episode as Mari Tamaki and her friends will continue their exploration in Antarctica. Just hoping that they won’t get caught in a blizzard…