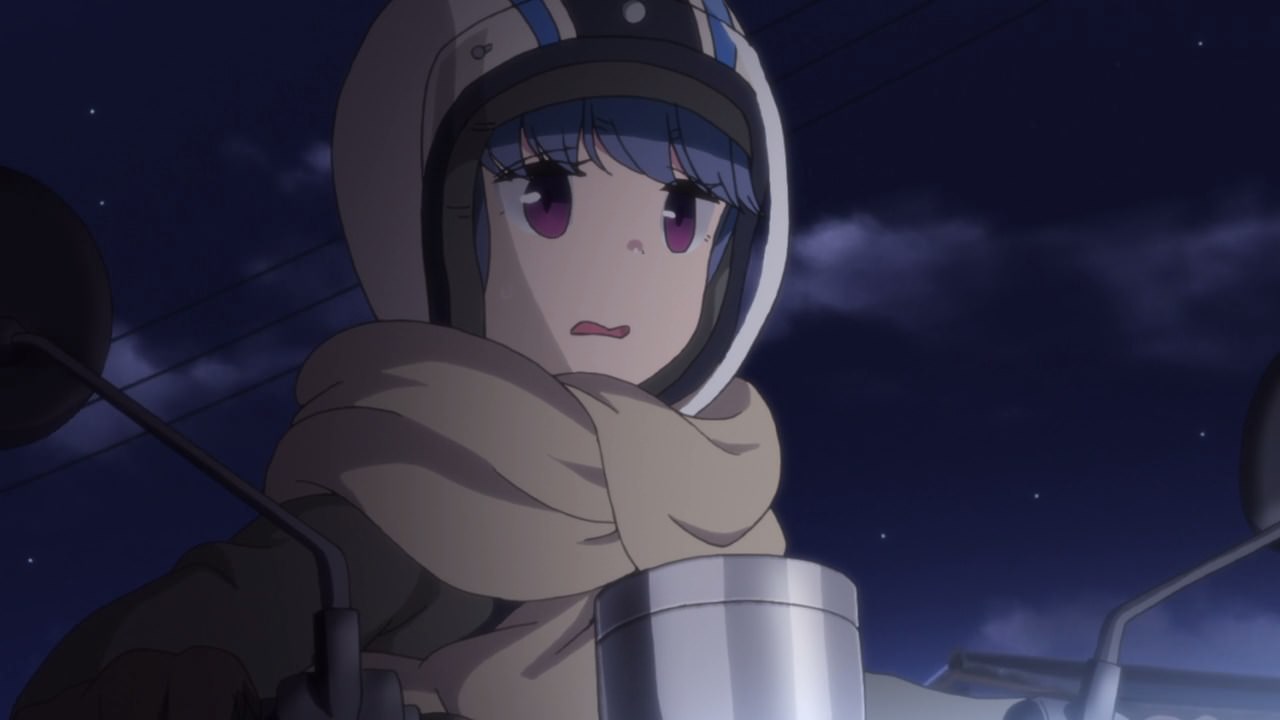 Here’s Rin Shima as she’s still in Nagano, but it seems that she’s not aware that it’s night outside. Looks like Rin Shima stayed at the hot springs for too long as she rushed towards the campsite. 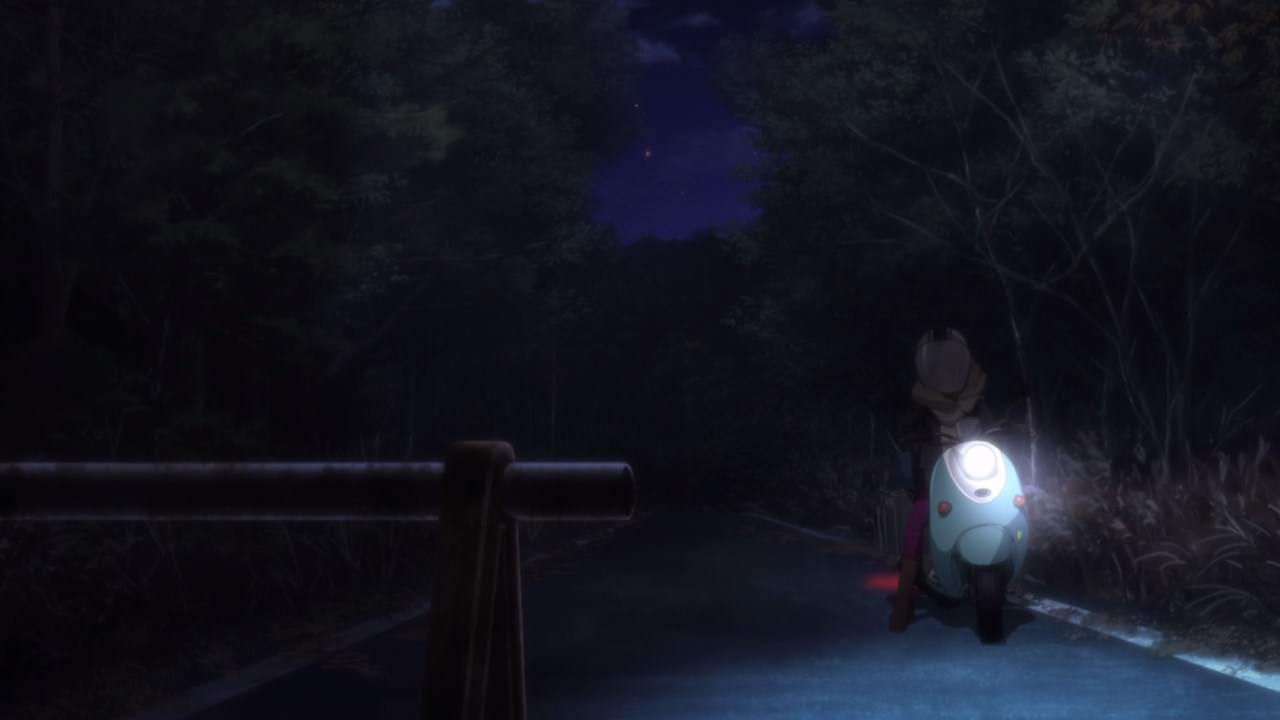 Then again, Shimarin faced another roadblock. Oh and to make matters worse, it’s getting pretty dark and it’s dangerous when she encounter bears.

Looks like she has no other choice but to find another route, but Rin-chan would lose some precious time if she did that! 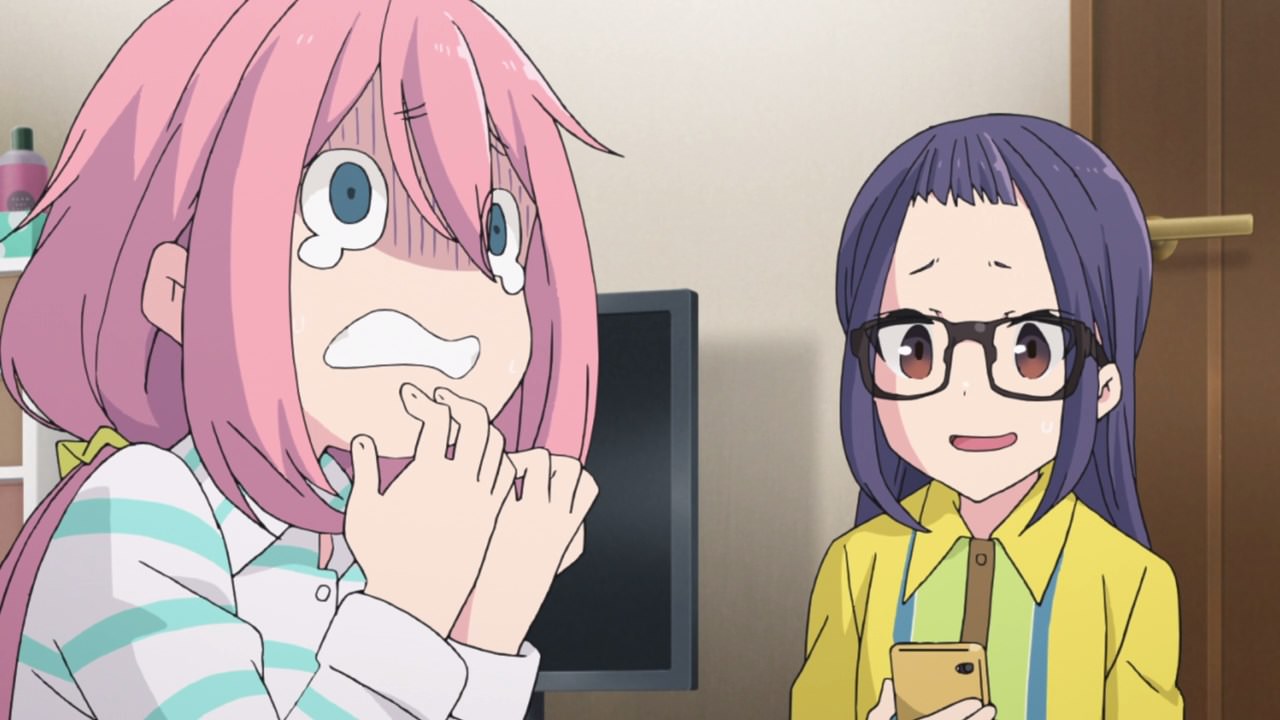 Luckily, Chiaki Oogaki is here to help Rin Shima out as Chiaki told Rin-chan that she can get pass the roadblock as she explained that some people forgot to lift those stop signs, so it’s not an issue there. 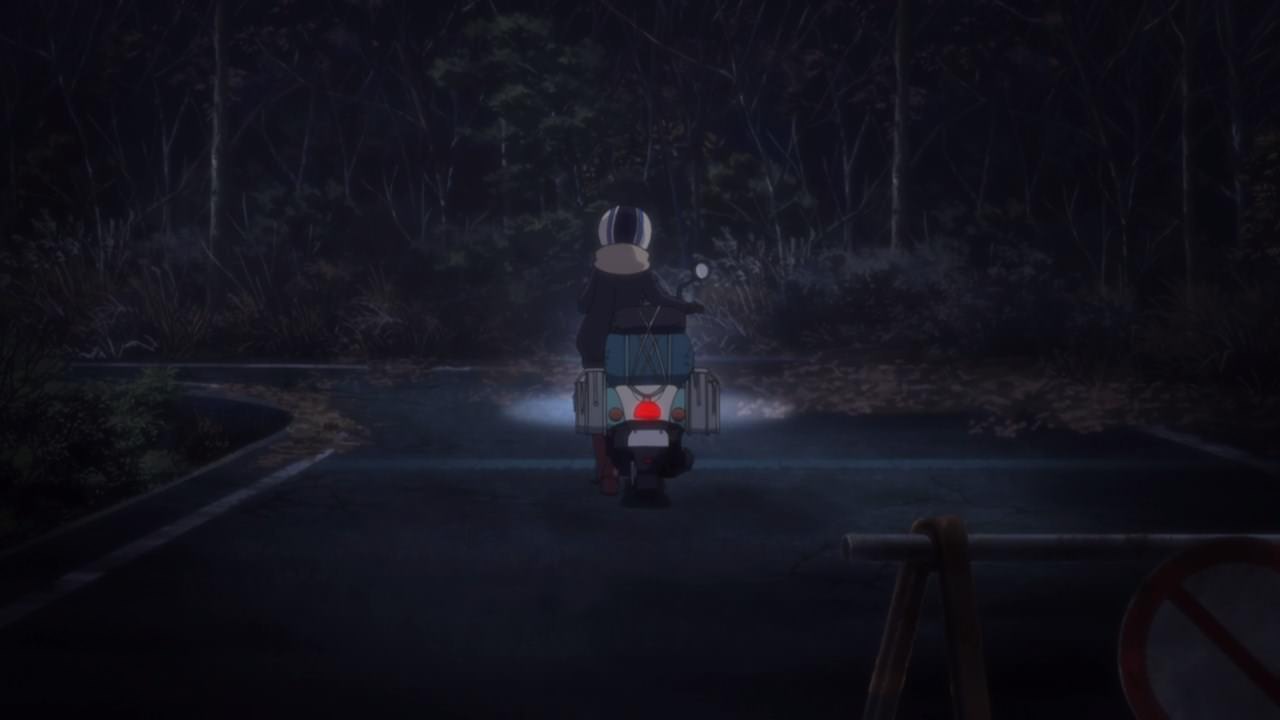 In any case, Shimarin felt relieved as she went straight to the roadblock and towards the campsite on foot.

While she’ll reach the campsite, it’s only just the beginning for her… 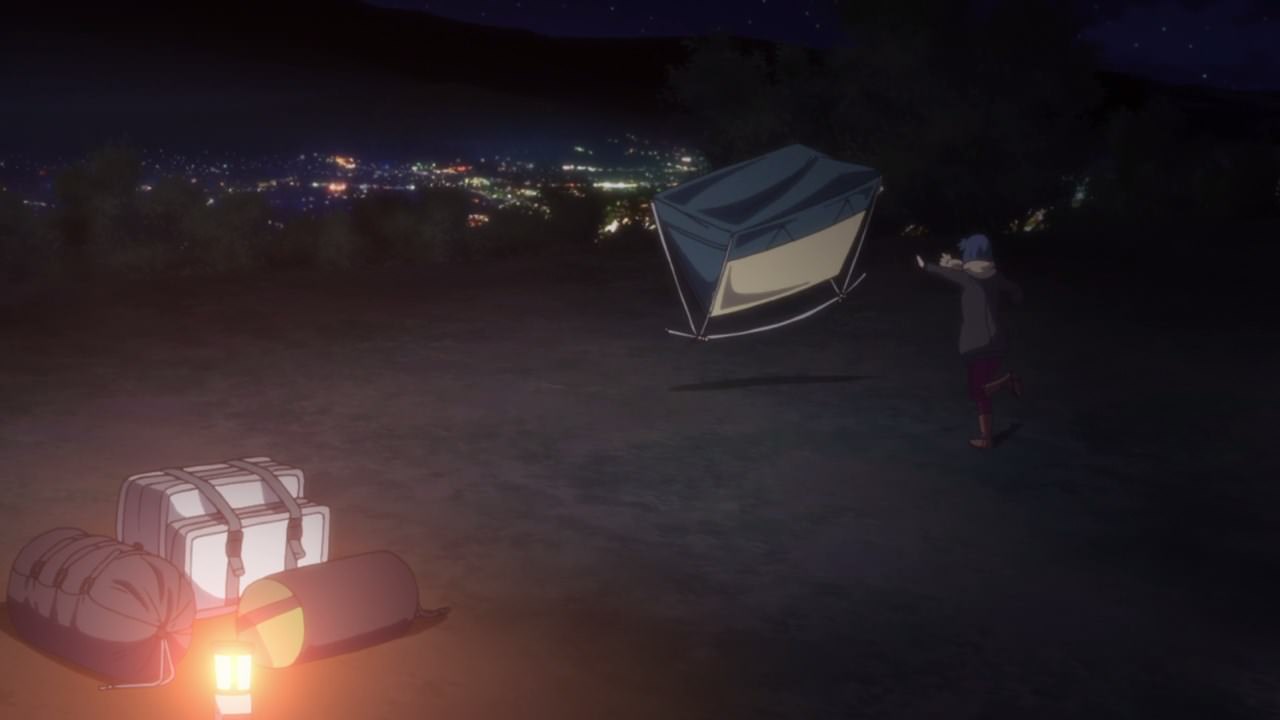 …as Rin Shima will struggle to set up camp on a windy night, with tents flying around like crazy. Might as well bring some pegs to secure it. 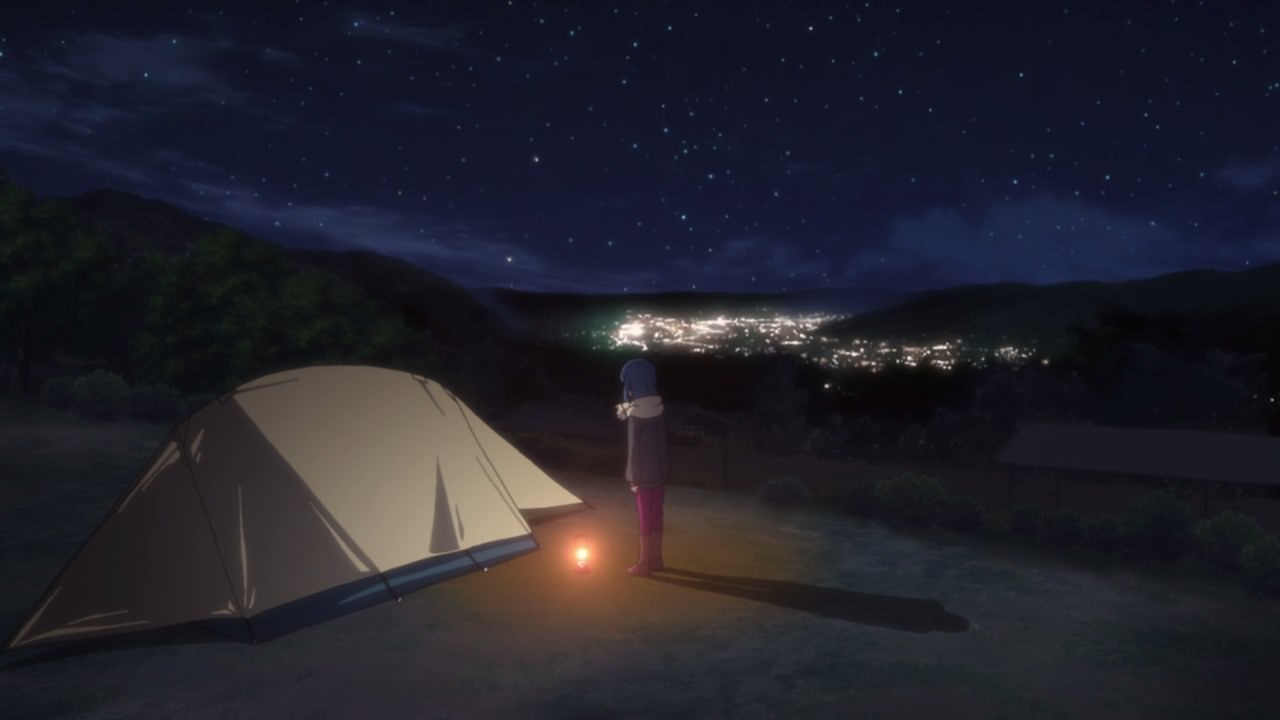 Eventually, Rin finally managed to set up her tent and she’s ready to relax tonight in Nagano. 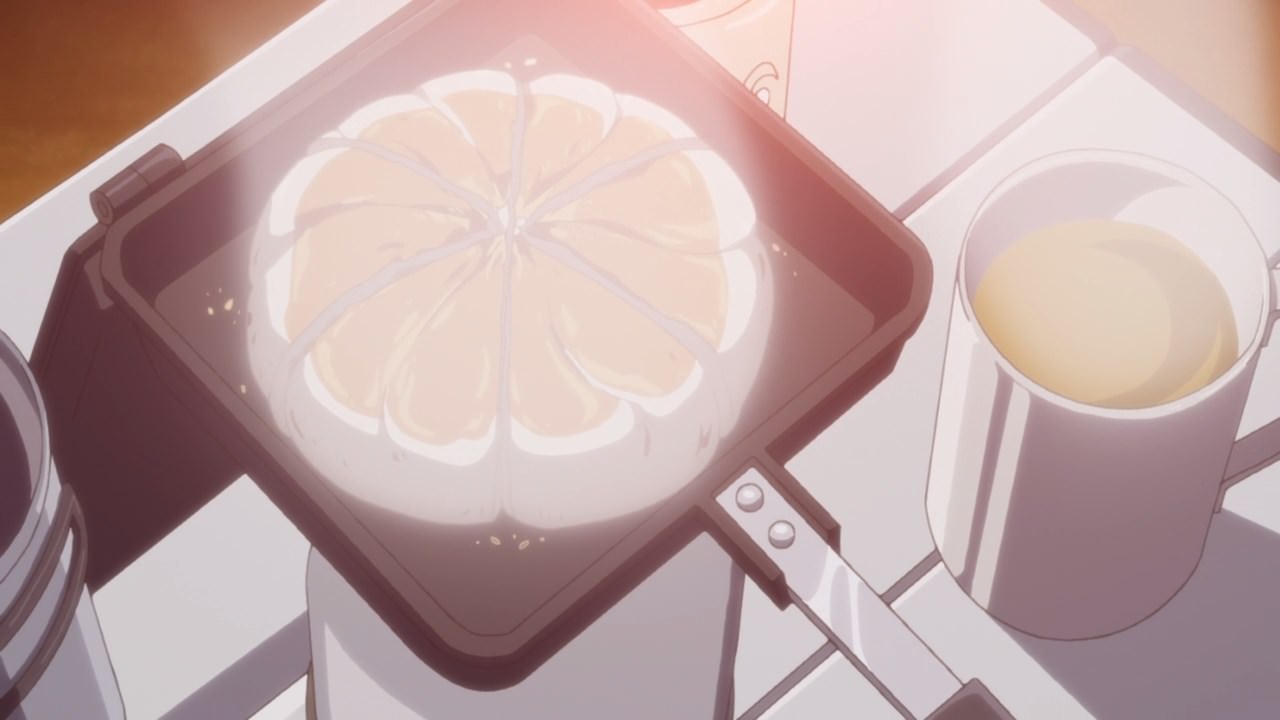 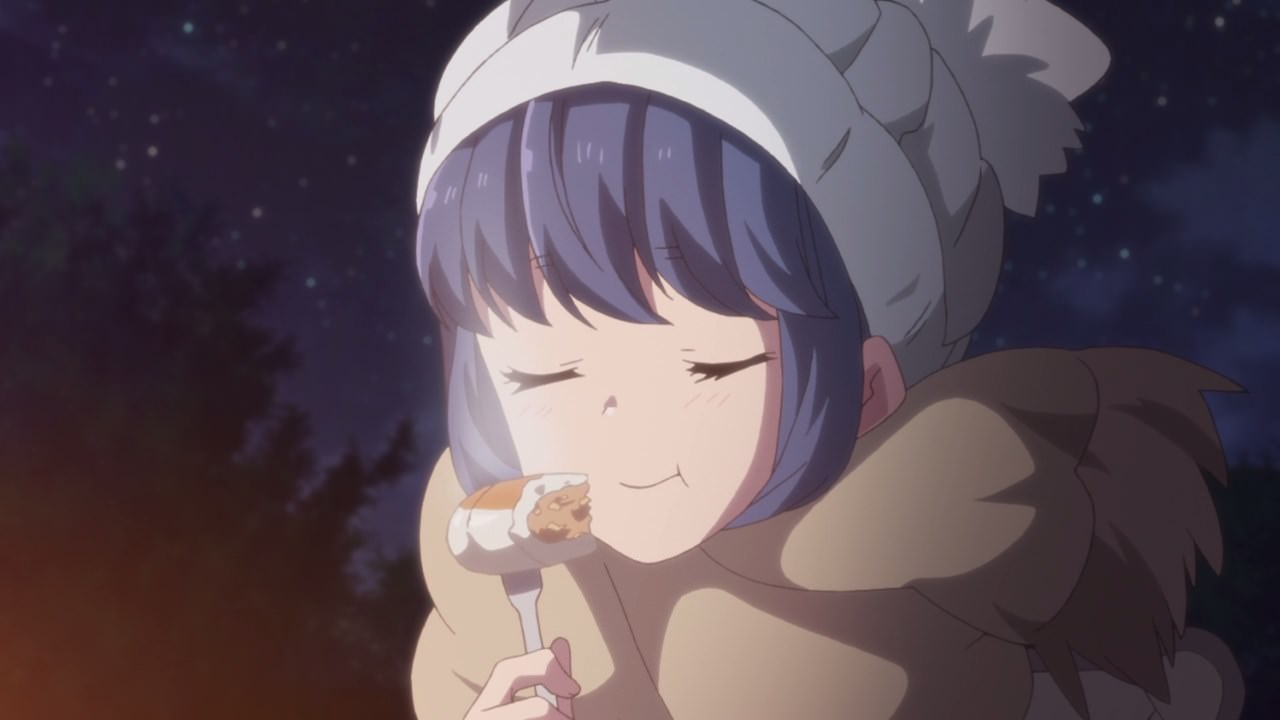 Oh, let’s not forget to eat some light dinner starting with a steamed pork bun and a hot roasted green tea to warm herself up. It’s all’s well that ends well for Shimarin!

But on the other hand, I wonder if she’ll join the camping trip with the Outdoors Club? I mean, she’s camping solo most of the time so joining 2 or more campers would be a big difference for Rin-chan. 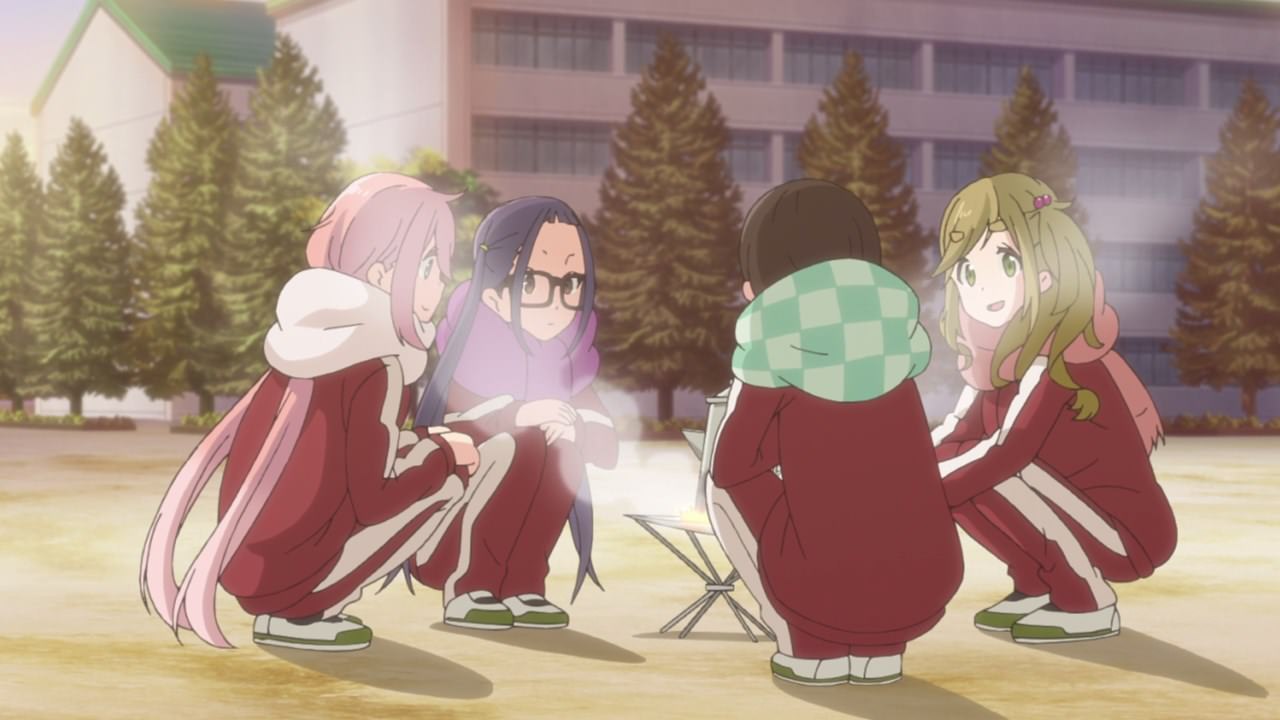 Speaking of the Outdoors Club, looks like they’re making preparations for their Christmas camping trip, like testing out a campfire stand that Chiaki bought it on a bargain. 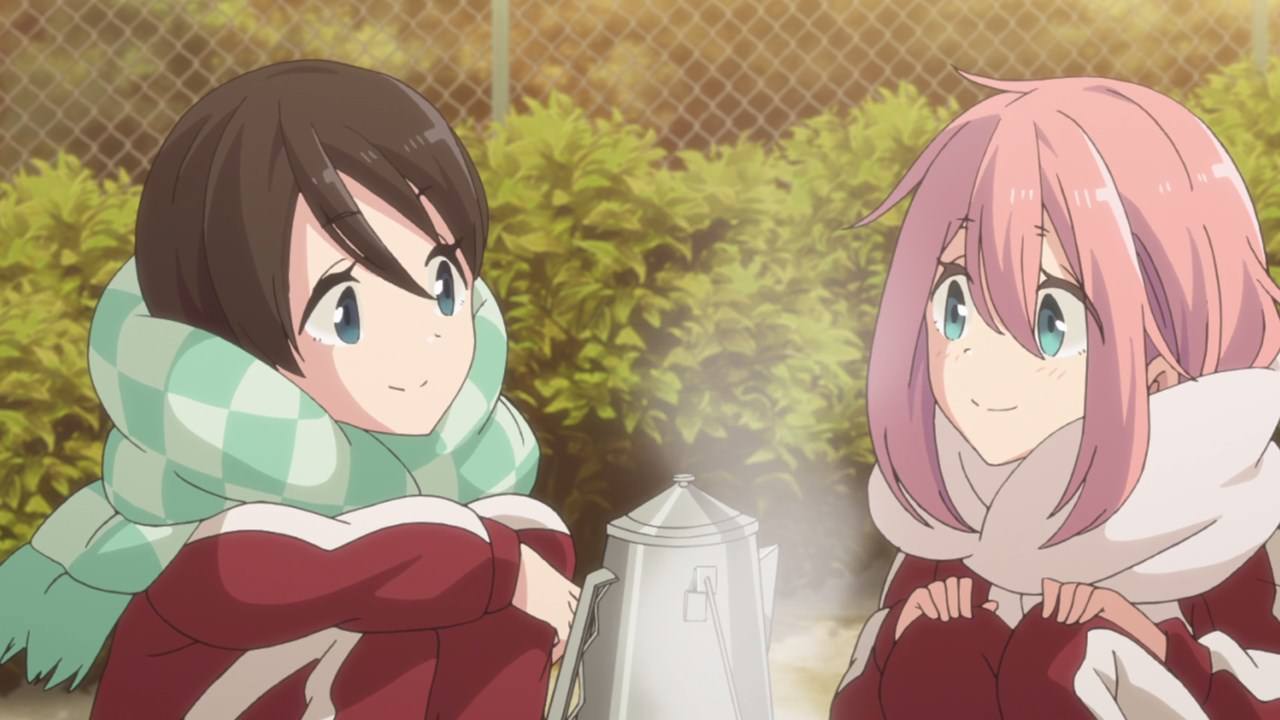 Also, here’s Ena Saitou who is very excited to join them because it’s Ena’s first time camping out. Oh yeah, she already bought a sleeping bag and Saitou will bring her dog too in the camping trip.

In any case, they’re excited for the upcoming Christmas camping trip as they’ll go to the Asagiri Highlands, which is a great spot to see Mt. Fuji. By the way, Rin Shima recommended that camping spot for the Outdoors Club. 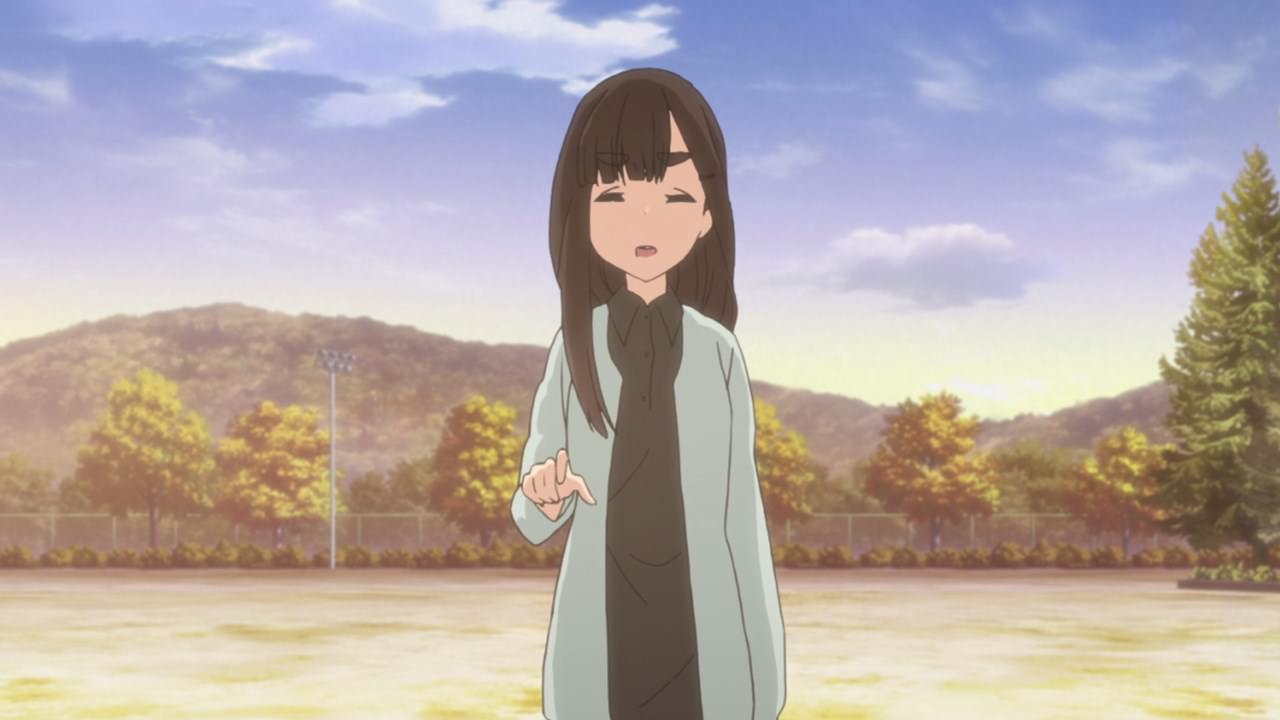 On the other hand, seems that a teacher named Toba-sensei who told the Outdoor Club to put out the campfire because it’s dangerous. Then again, Chiaki Oogaki and her club-mates granted permission and besides, they have a stand to set up a campfire safely.

Then again, this Toba-sensei looks pretty familiar. Isn’t she the one who always drunk from Episode 7? It turns out that Toba-sensei is that drunken woman where she wants to have a beer when camping. In any case, Toba-sensei will become the new advisor to the Outdoors Club… by accident.

But that’s about it for this week’s episode as the Outdoors Club prepare for their camping trip at the Asagiri Highlands. One more thing, seems that Rin Shima has decided to join them, which is sweet since having more campers will be a great experience!