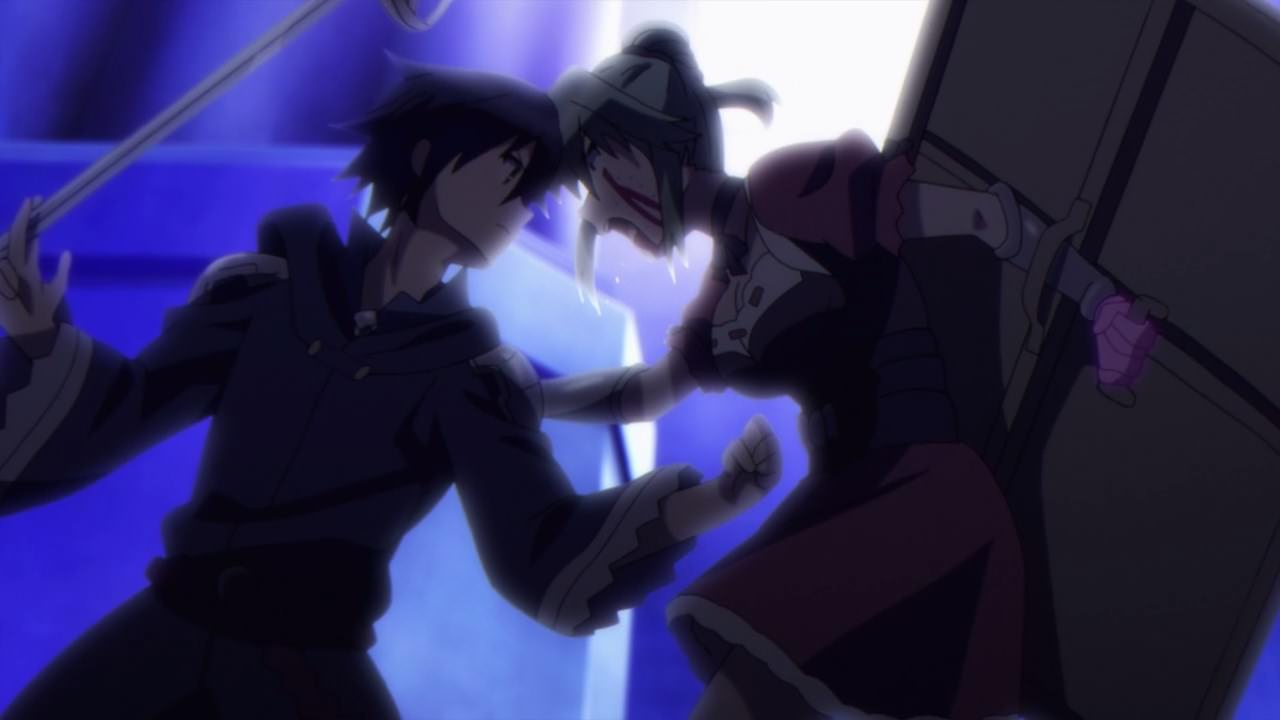 Well guys and girls, seems that Satou has managed to fend off some golems and homunculi, although he’ll rather save the latter because Satou loves to rescue girls who are forced to fight. 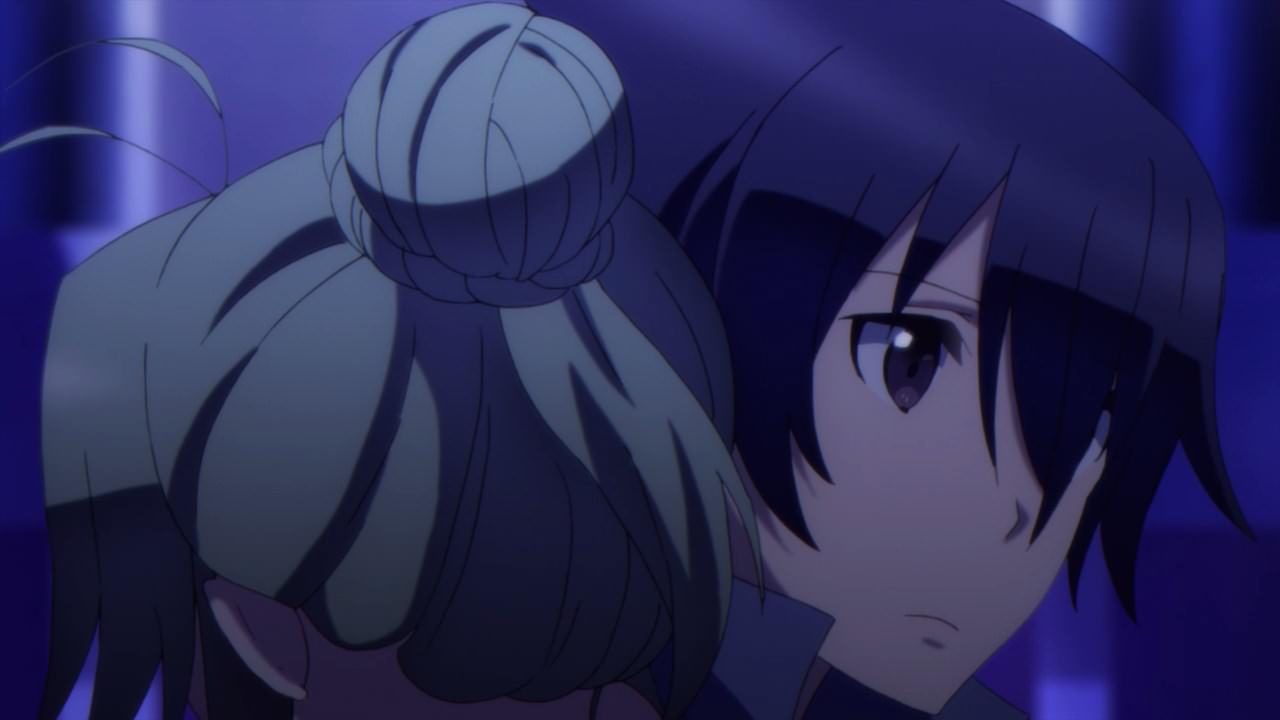 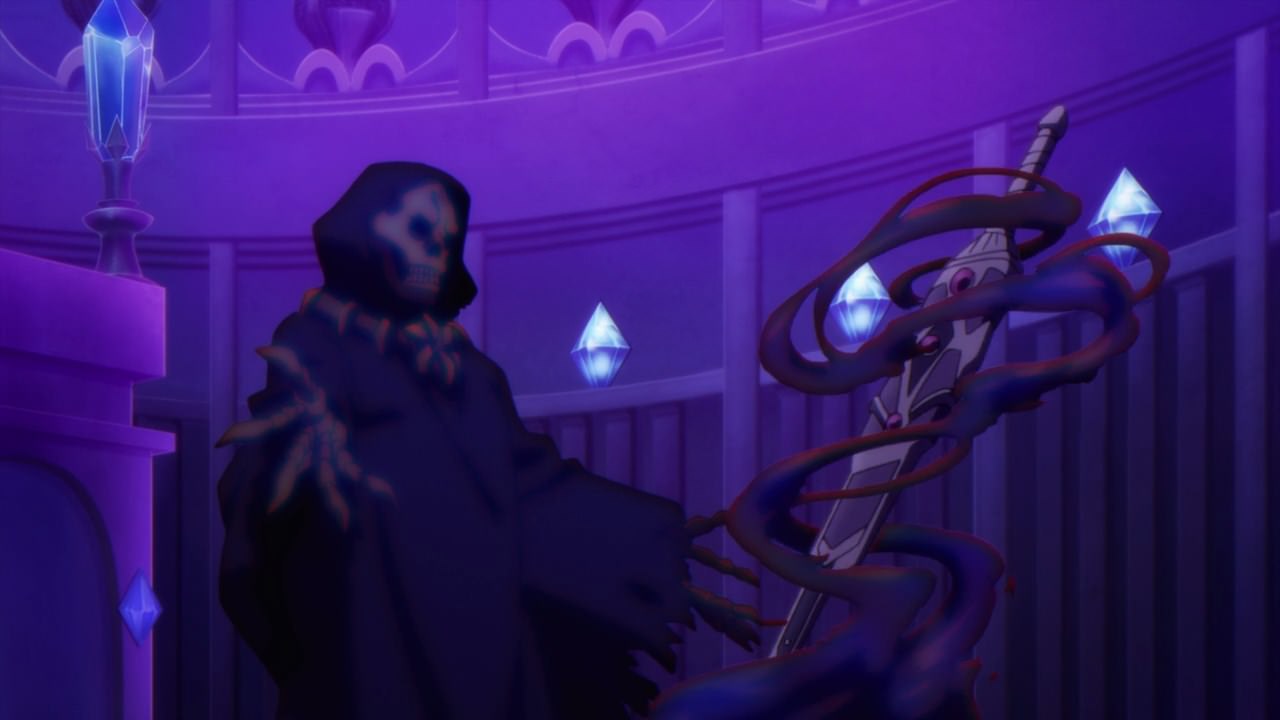 Anyways, here’s Zen as he’s impressed by Satou’s tenacity to overcome obstacles that the undead king gave him the holy sword Gjallarhorn to fight him. 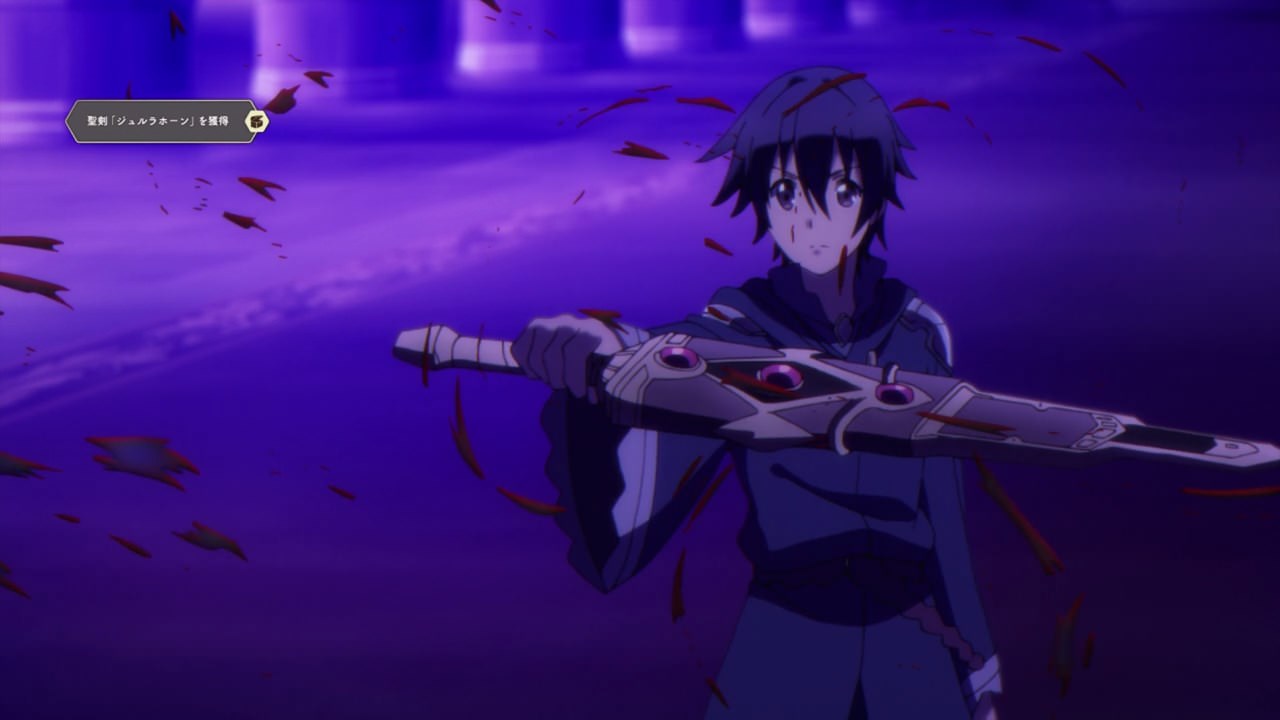 And so, Satou took the holy sword from the undead king.

Then again, Zen doesn’t intend to fight back nor do any harm towards Misanaria Bolenan as he wants Satou to finish him off. The reason why Zen wants to die might surprise you… 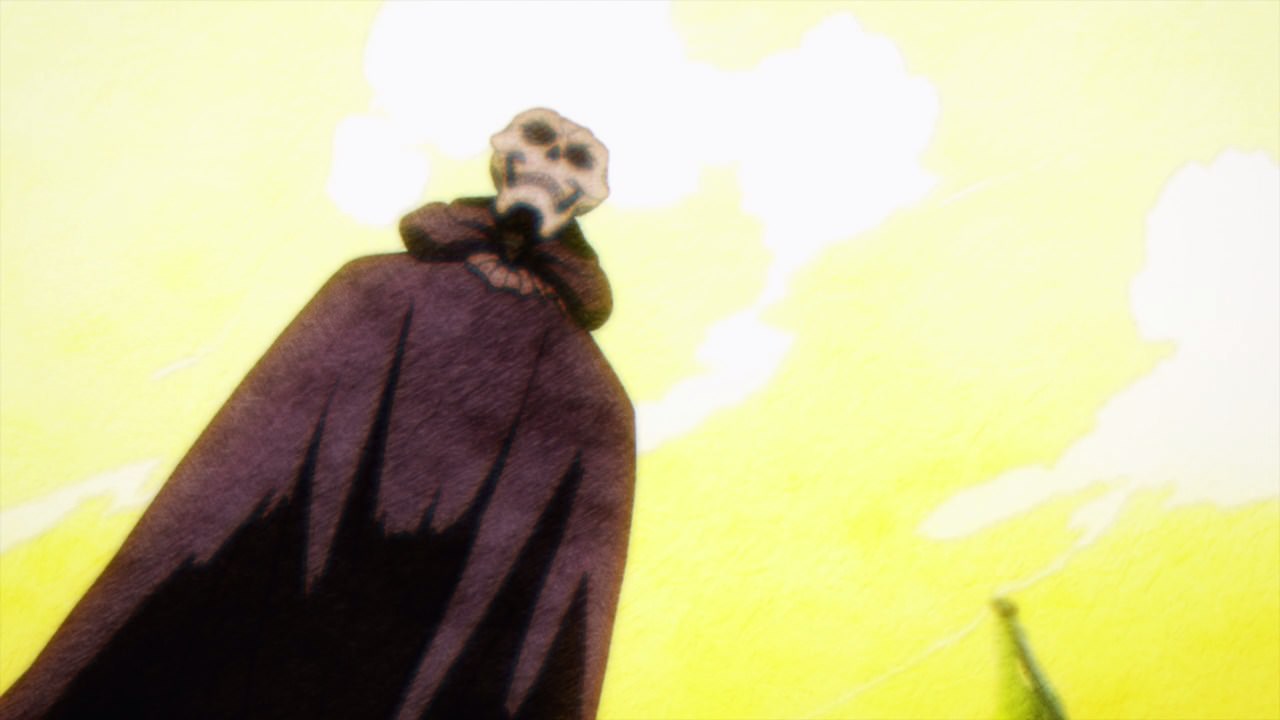 Turns out, Zen wanted to pass on after enacting his revenge against those who killed him and his family.

So while his wife and his beloved ones are in heaven, Zen was denied by God because he used his powers to resurrect himself. And thus, the undead king wanted nothing more than passing onto heaven. 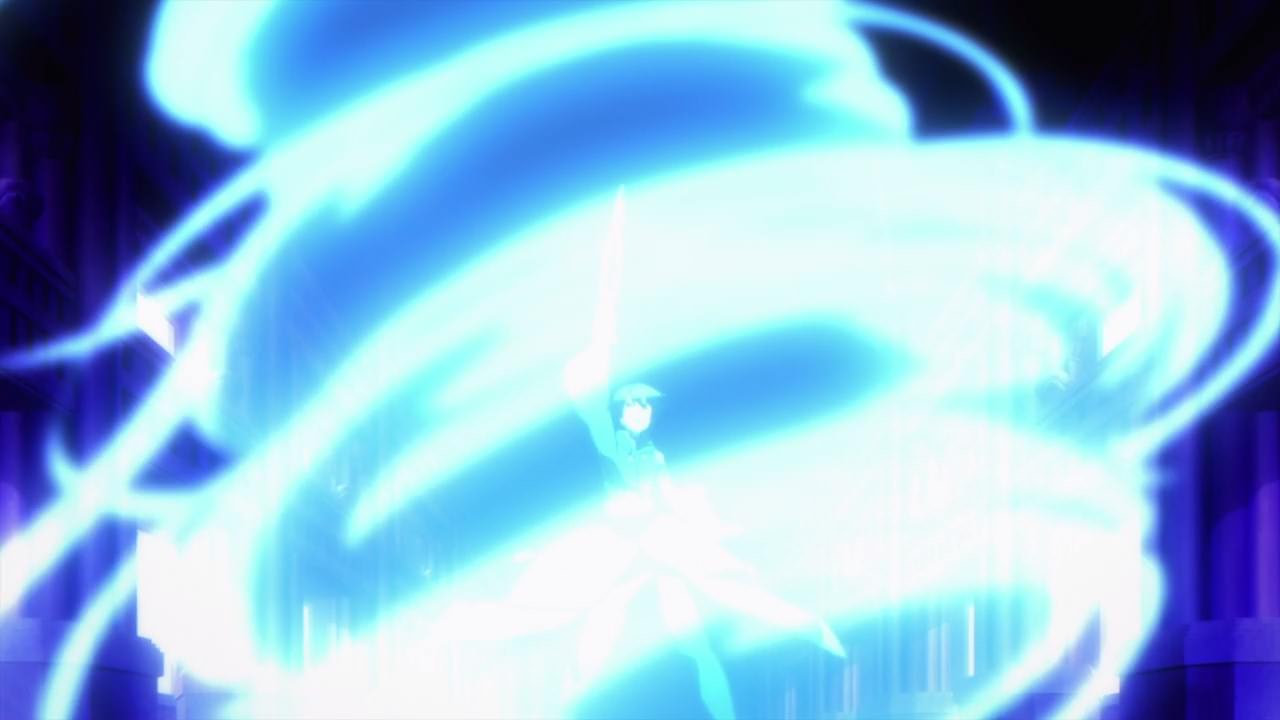 So without further ado, Satou swings his sword towards the undead king for a powerful attack. 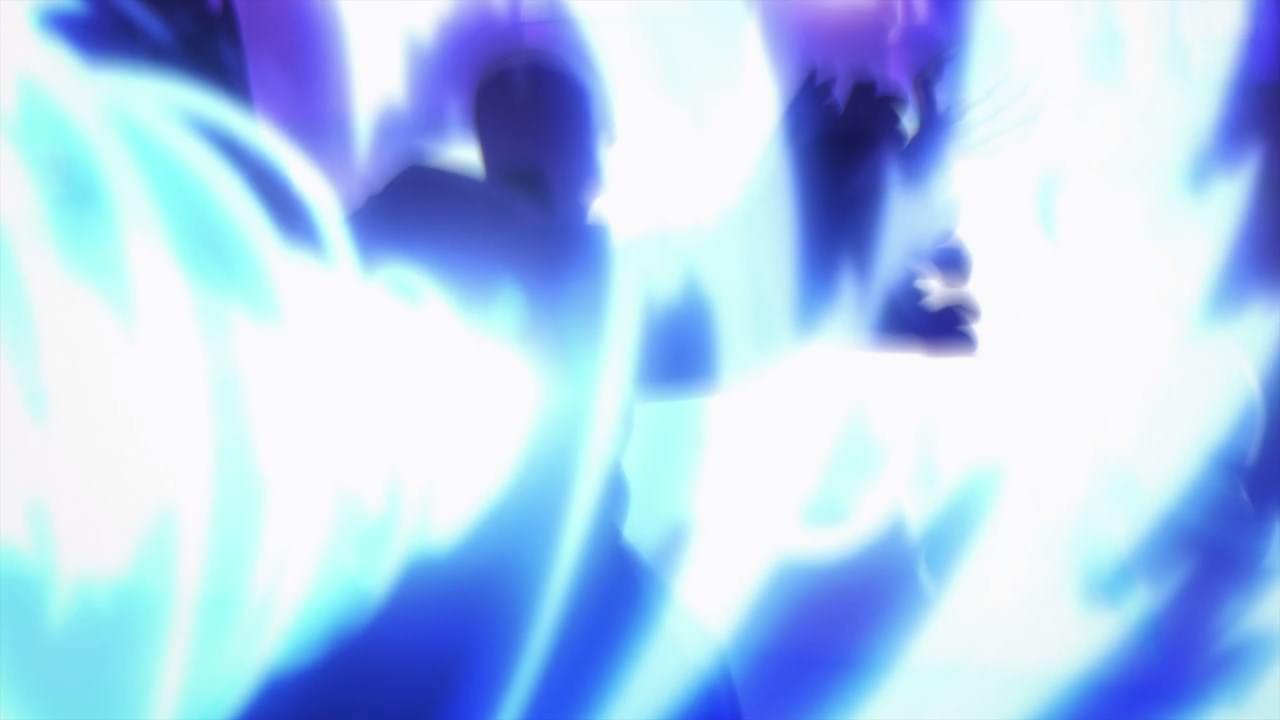 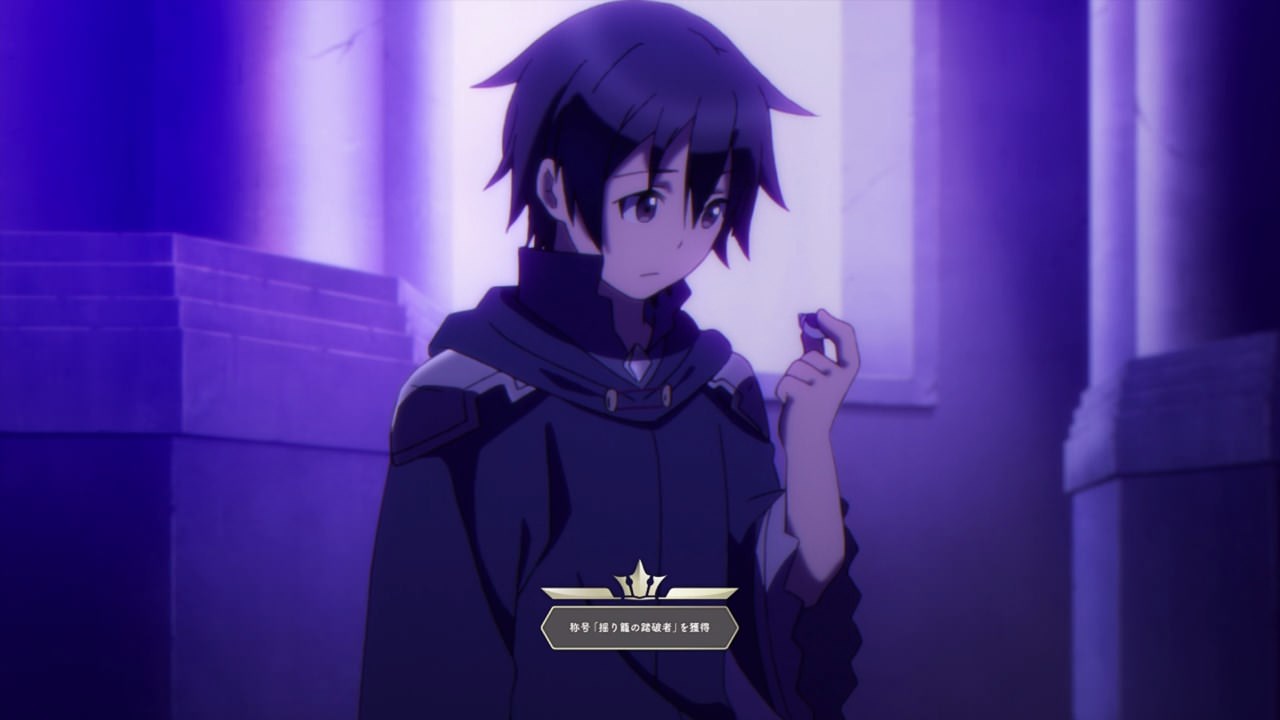 For the spoils, Satou took Zen’s wedding ring, but he won’t intend to keep it for himself as Satou will return it to his wife’s grave. 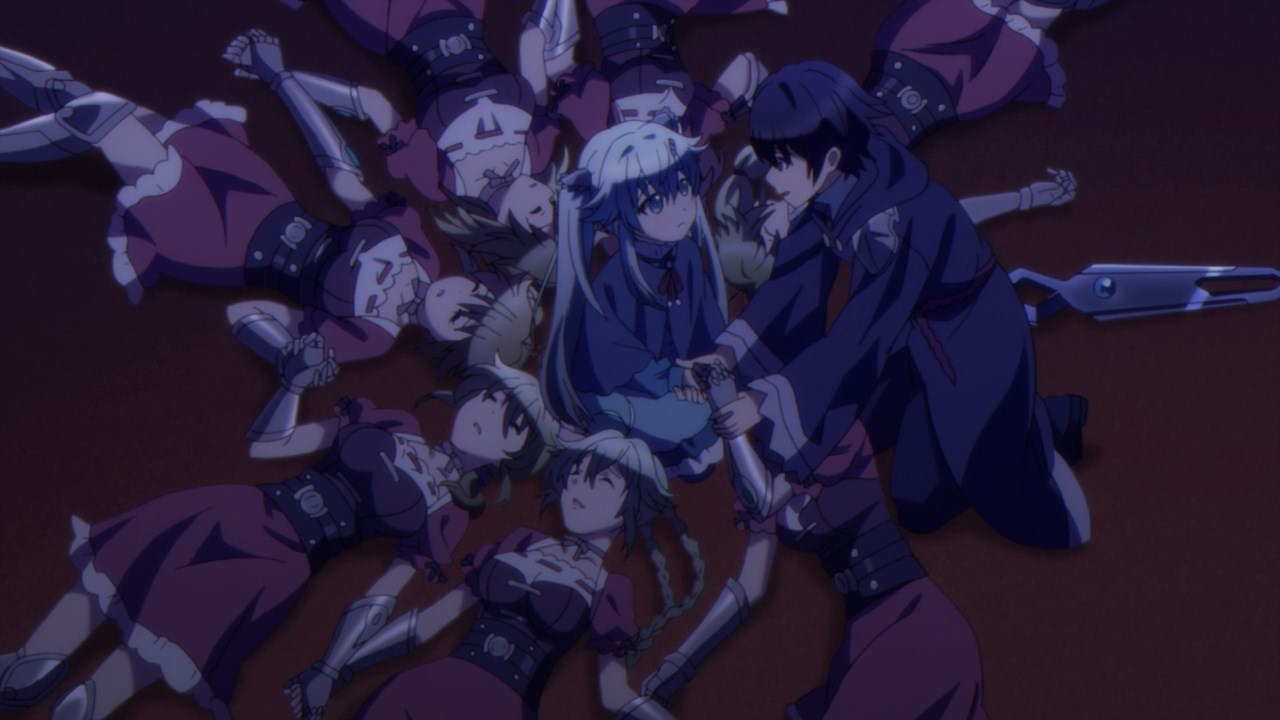 Now then, it’s time to rescue Mia and the homunculi as the Cradle is starting to crumble down.

While Satou told Mia to go ahead and escape together with the rest of the homunculi, Satou will stay as he has unfinished business that he needs to work it out. 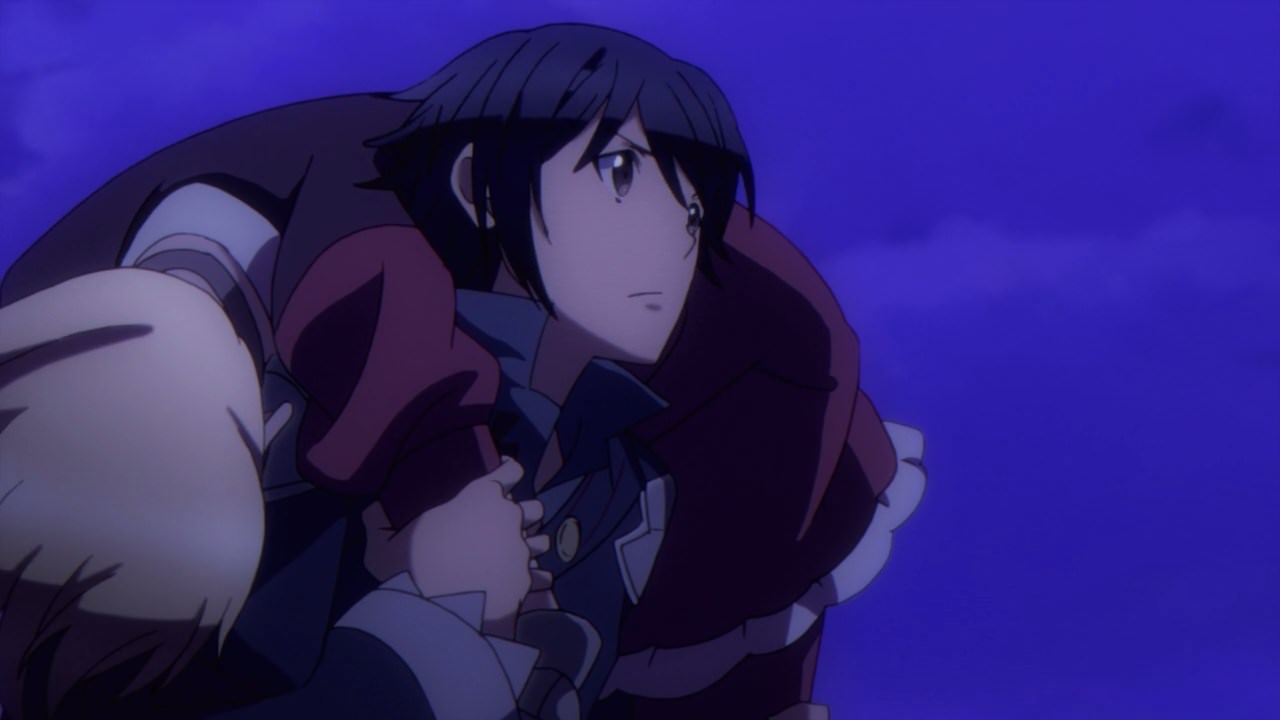 And that’s saving another homunculus that was stranded in another floor.

With that said, Satou managed to rescue this homunculus as he escapes the Cradle. 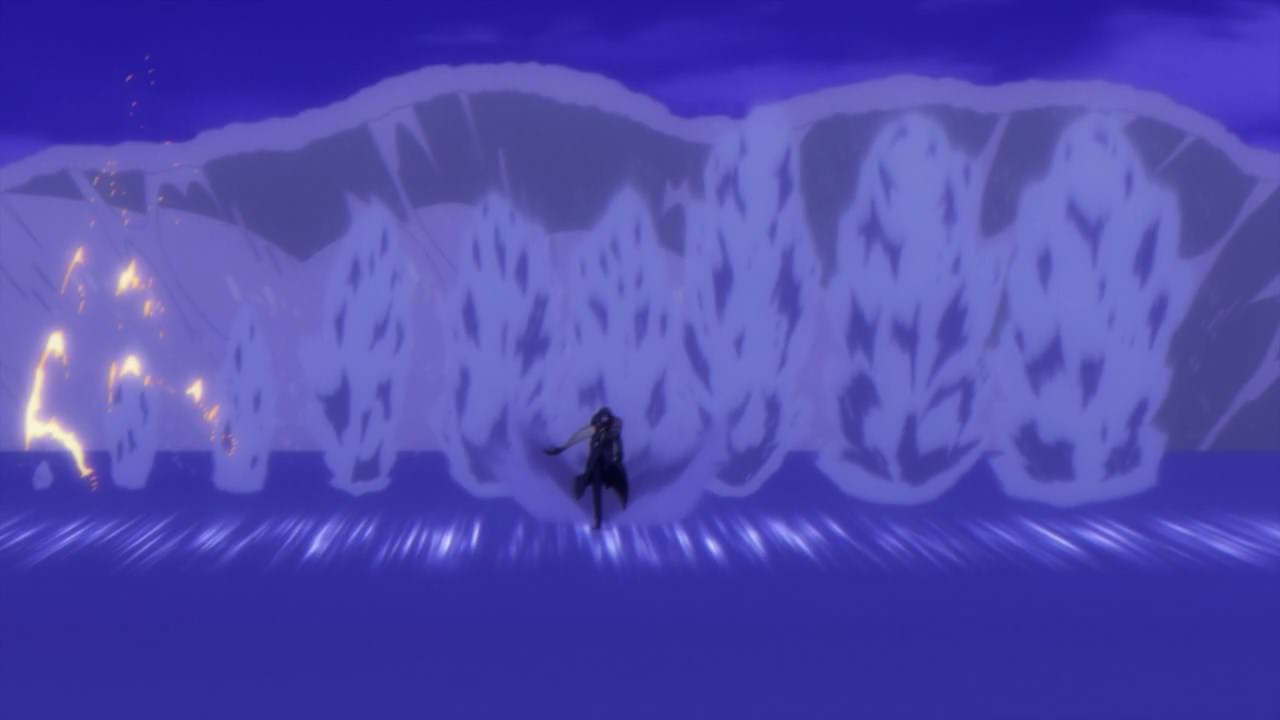 Oh, and he’s being chased by a tidal wave of salt as the Cradle is made out of it.

Fortunately, Satou managed to escape this tidal wave by shooting fireballs towards the river floor to create a wall of steam, just to block this salt away from him. I mean, who wants to get killed by a pile of salt? 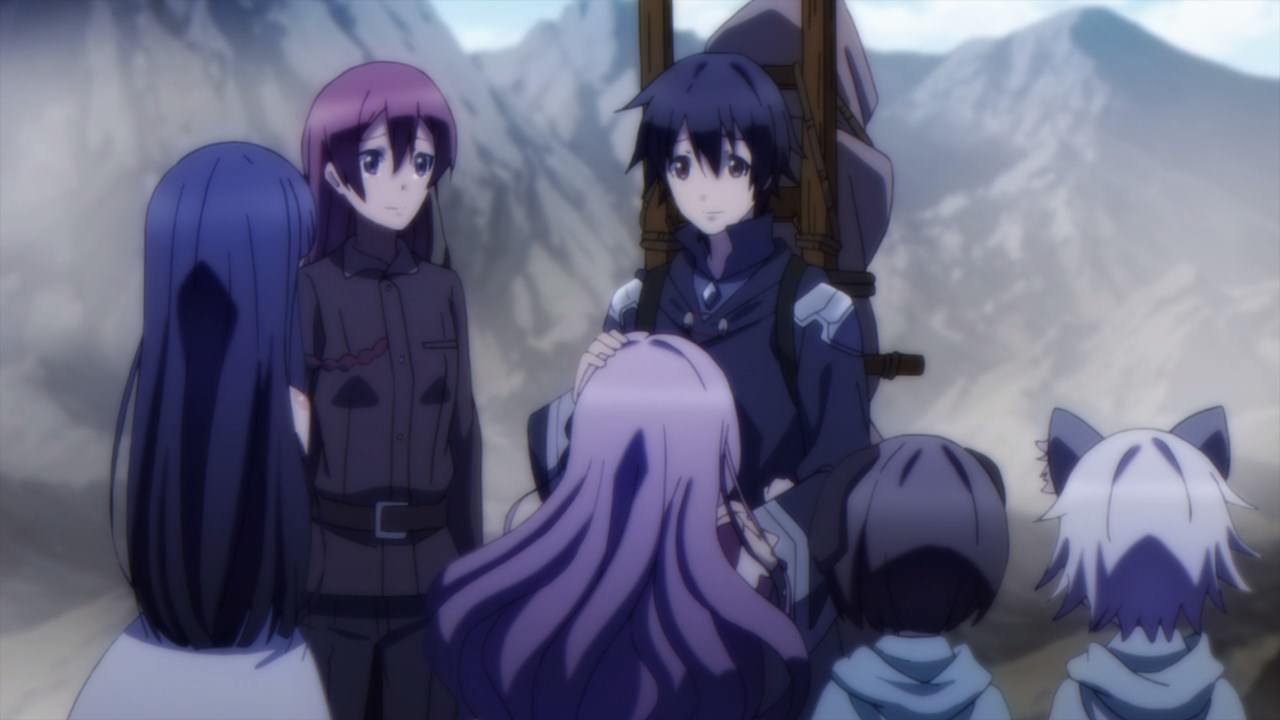 Anyways, Satou returned safely as he’s being greeted by his harem. After all, they missed him so much including Arisa where she might get hysterical if Satou loses. 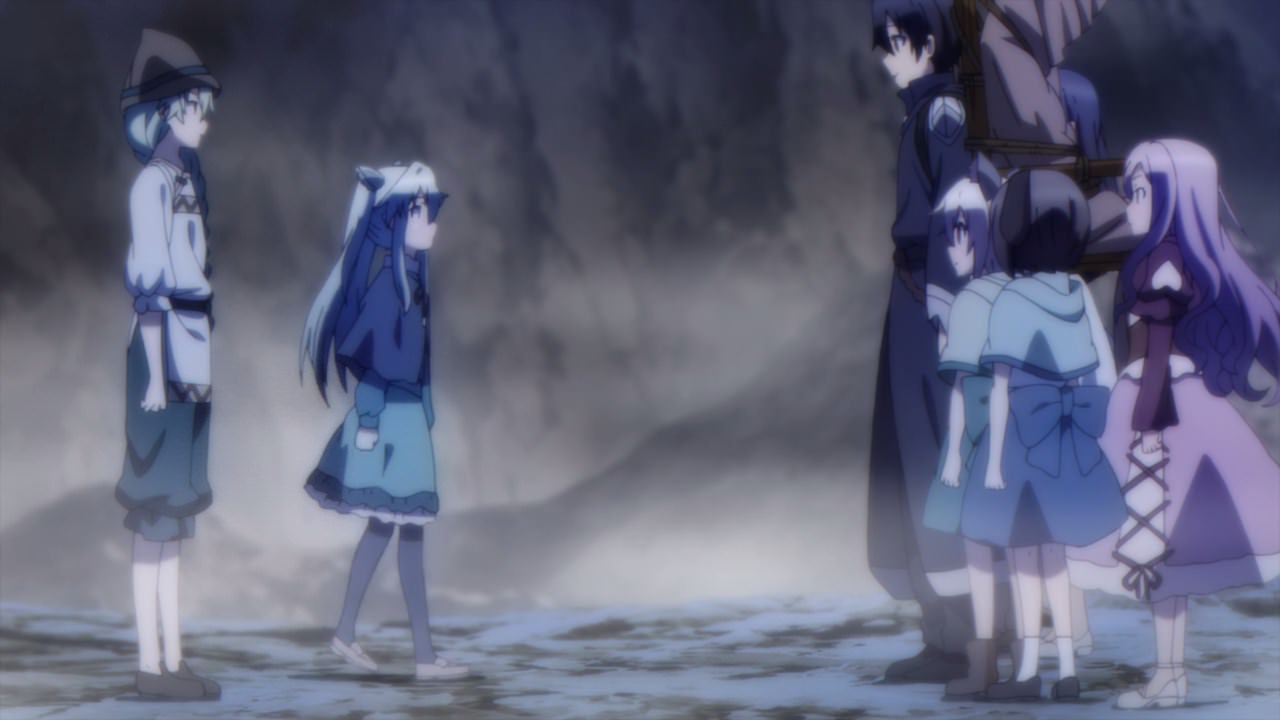 And here’s Misanaria Bolenan as she’s joined by Yusaratoya to thank him for rescuing her. Because of his heroic efforts, Satou earned another title which is the “Friend of the Elves”.

Seriously, how many titles did he earned since Satou went to this parallel world? Sure that he has the title of “Hero” already, but having more is too much! 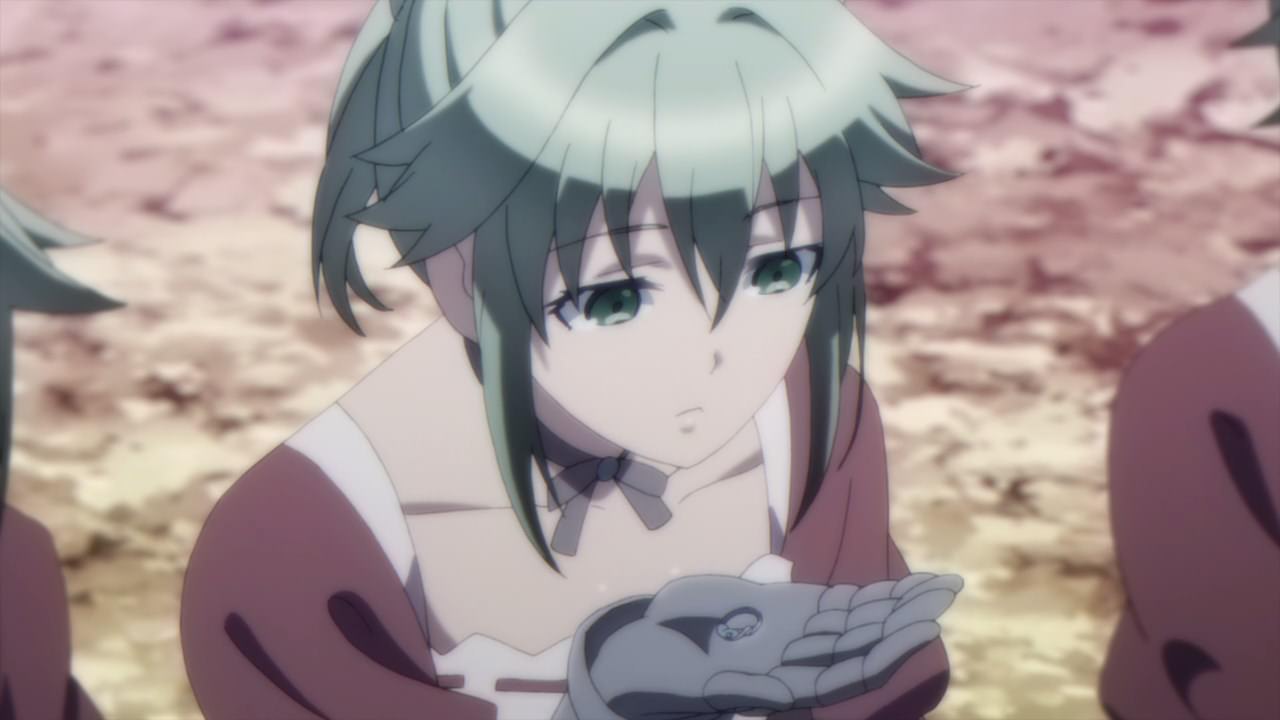 Also, here are the homunculi as Satou gave them the wedding ring from their deceased master as he want them to return the ring to Zen’s deceased wife. 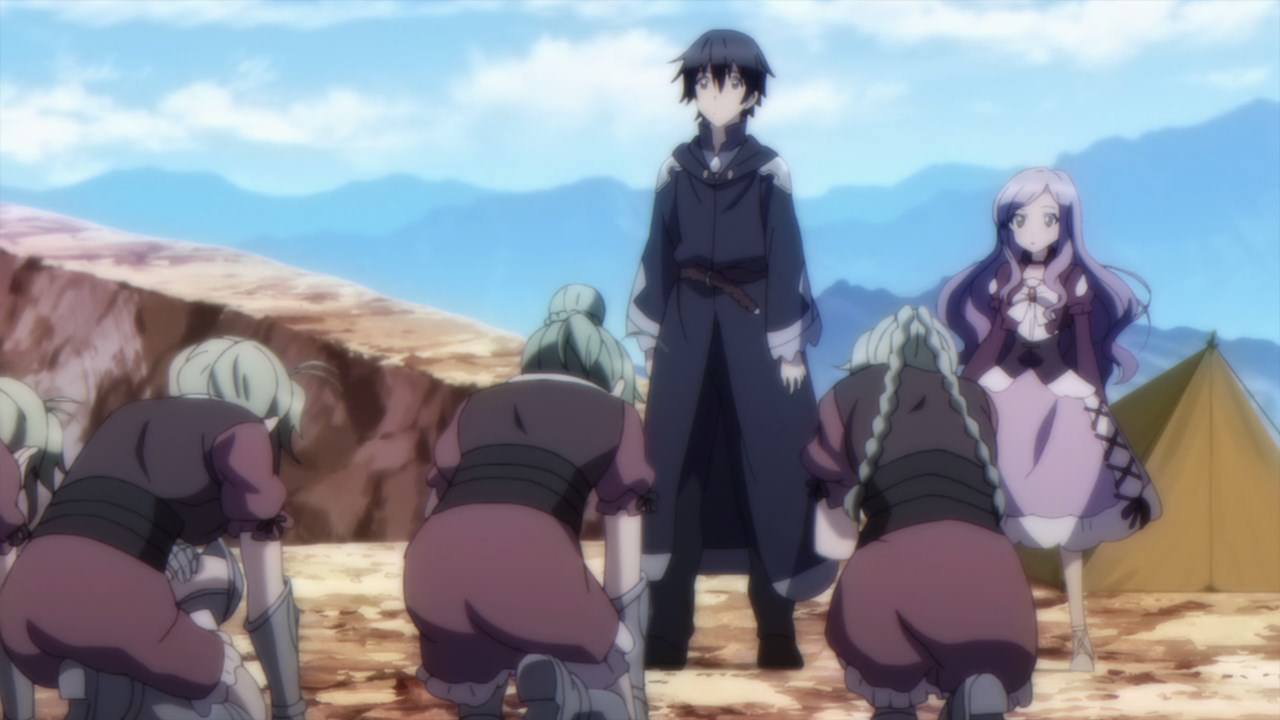 But thanks to his kindness, Satou has befriended the entire homunculi army. Man, his harem is growing but I think Satou will like to keep one of the homunculus since having all 8 is too much. 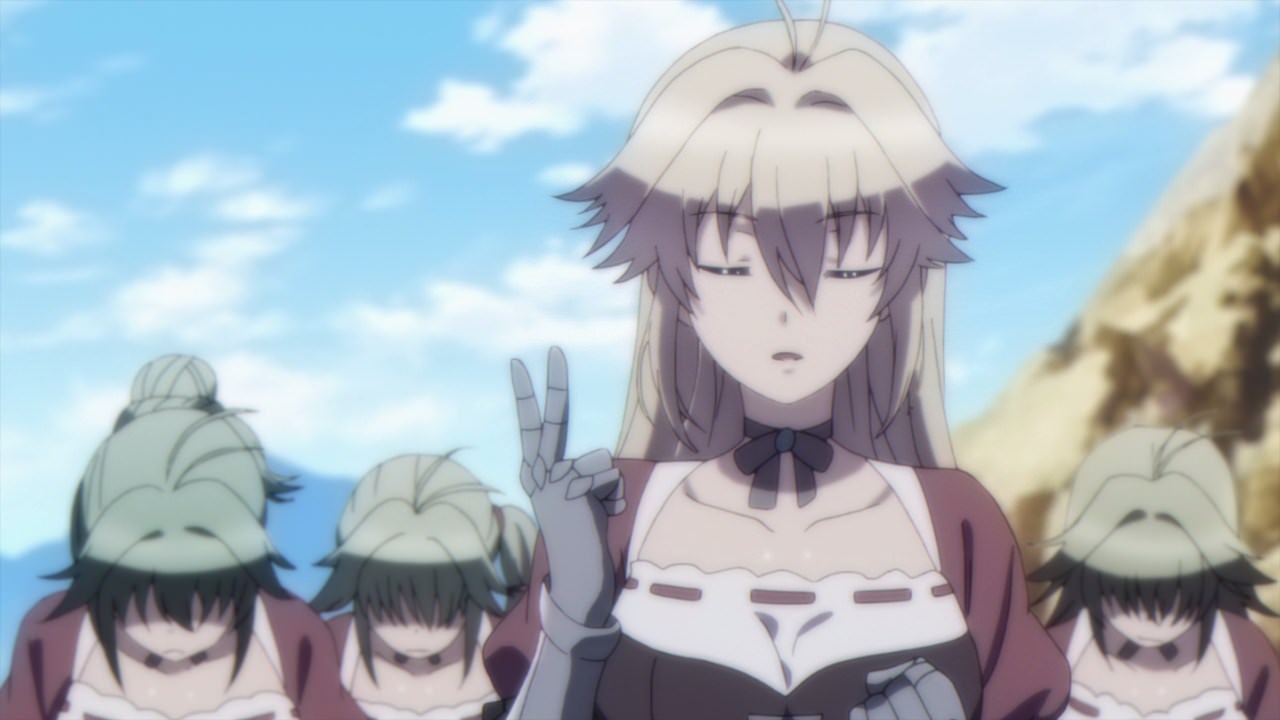 Luckily, one homunculus stepped in to join Satou’s group as No. 7 or Nana become the latest addition to his harem.

As for the rest, they’ll continue to serve Satou but the homunculi army should put the ring back to Zen’s wife first. 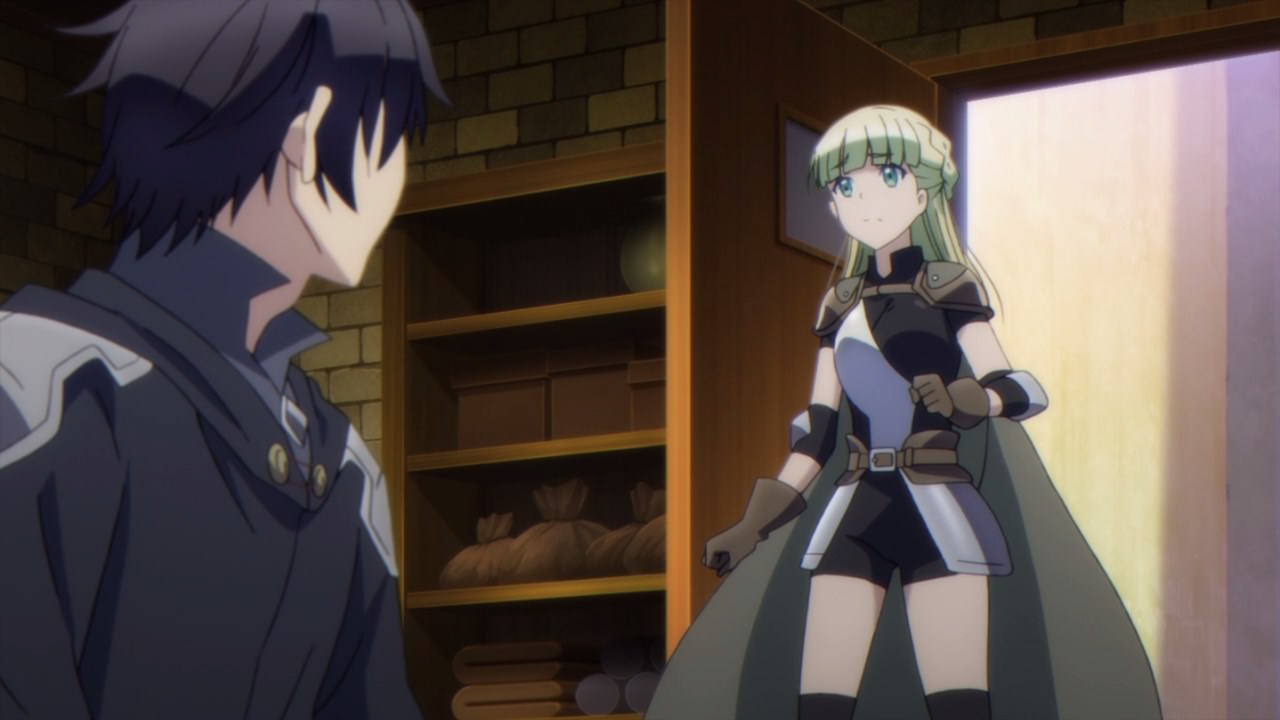 Now that Satou is done brining Mia back to Yusaratoya Bolenan, he returned to Seiryuu City where he’s greeted by Zena Marientail.

After all, Zena is worried about him since he’s always caught into some trouble but you know what, she’ll be shocked to see him leaving the Shiga Kingdom as Satou will take Misanaria Bolenan back to her homeland. 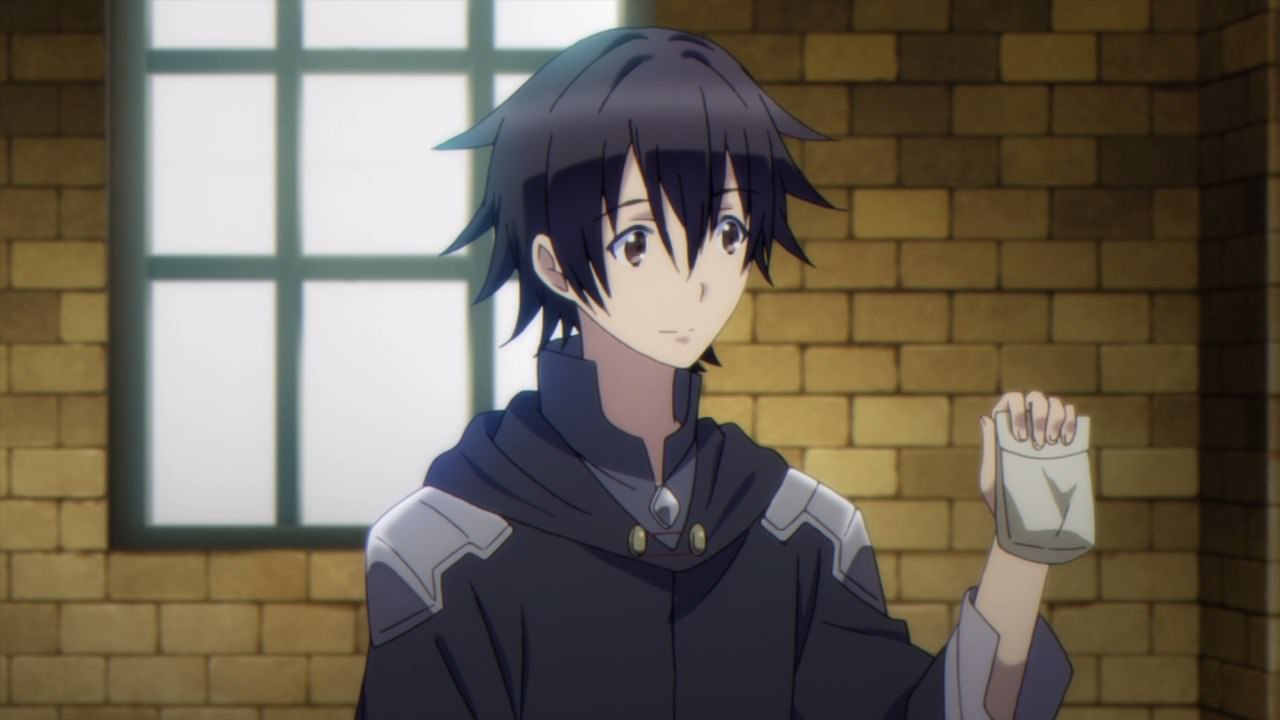 Oh yeah, seems that Satou has a present for Zena Marientail since he didn’t get a chance to give it her previously… 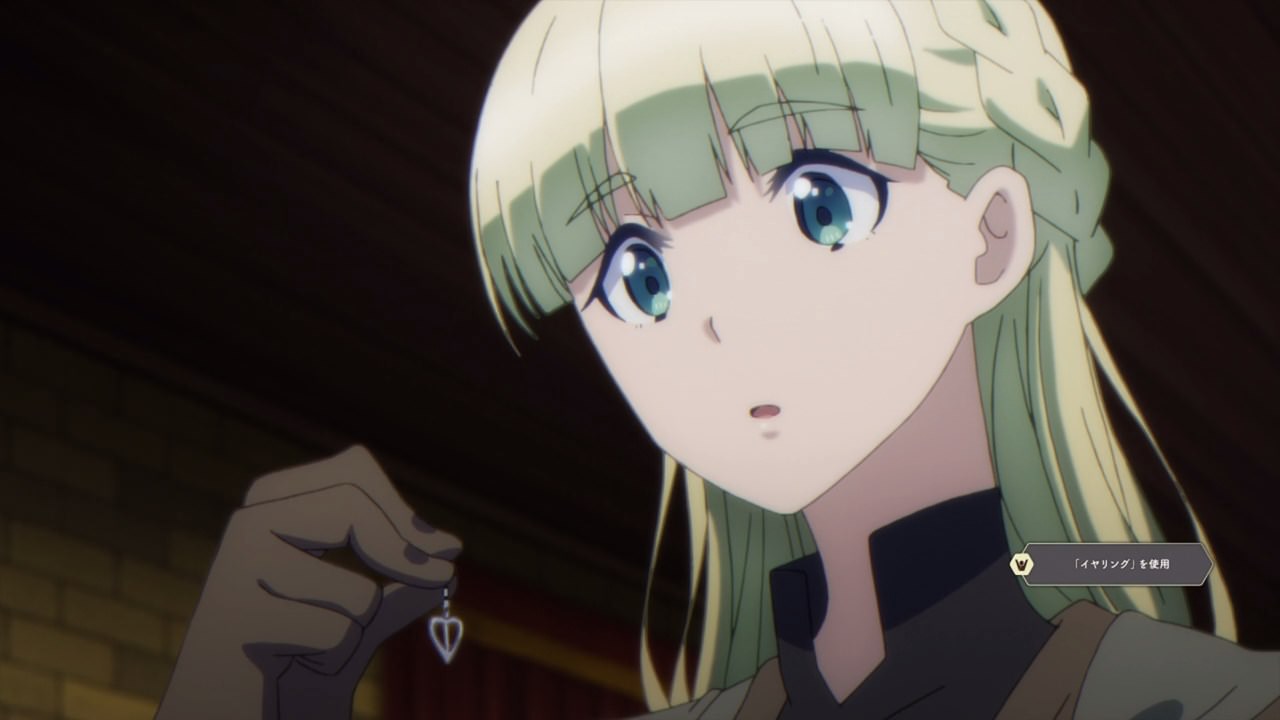 …which turned out to be an earring that Satou bought in previous episodes. Yeah, he’s busy dealing with other stuff that he didn’t get any chances until now.

In any case, Satou told Zena Marientail that he’ll return to her someday. But then again, there’s a chance that Zena might join him on his travels later down the line. 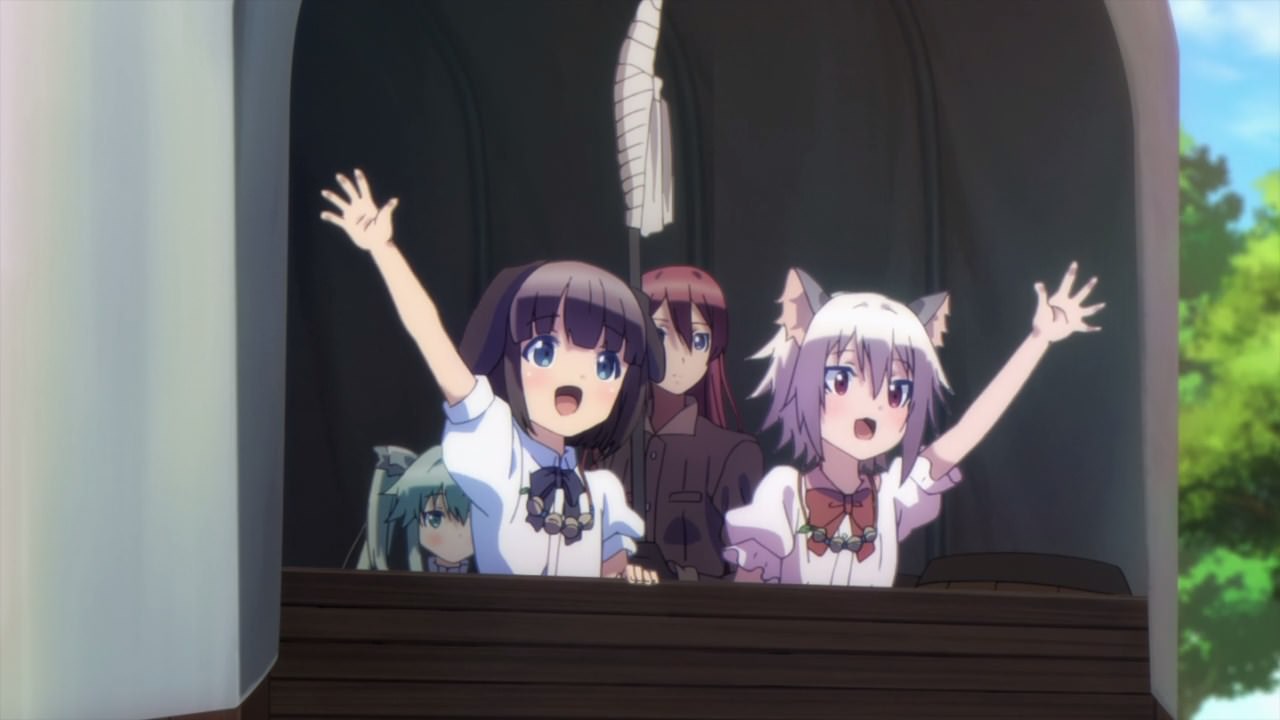 Anyways, it’s time for Satou and his harem to take their leave as they travel to the Bolenan forest, Mia’s homeland.

While it’s gonna be a long road ahead, let’s hope that Satou and his female companions will reach their destination safely. 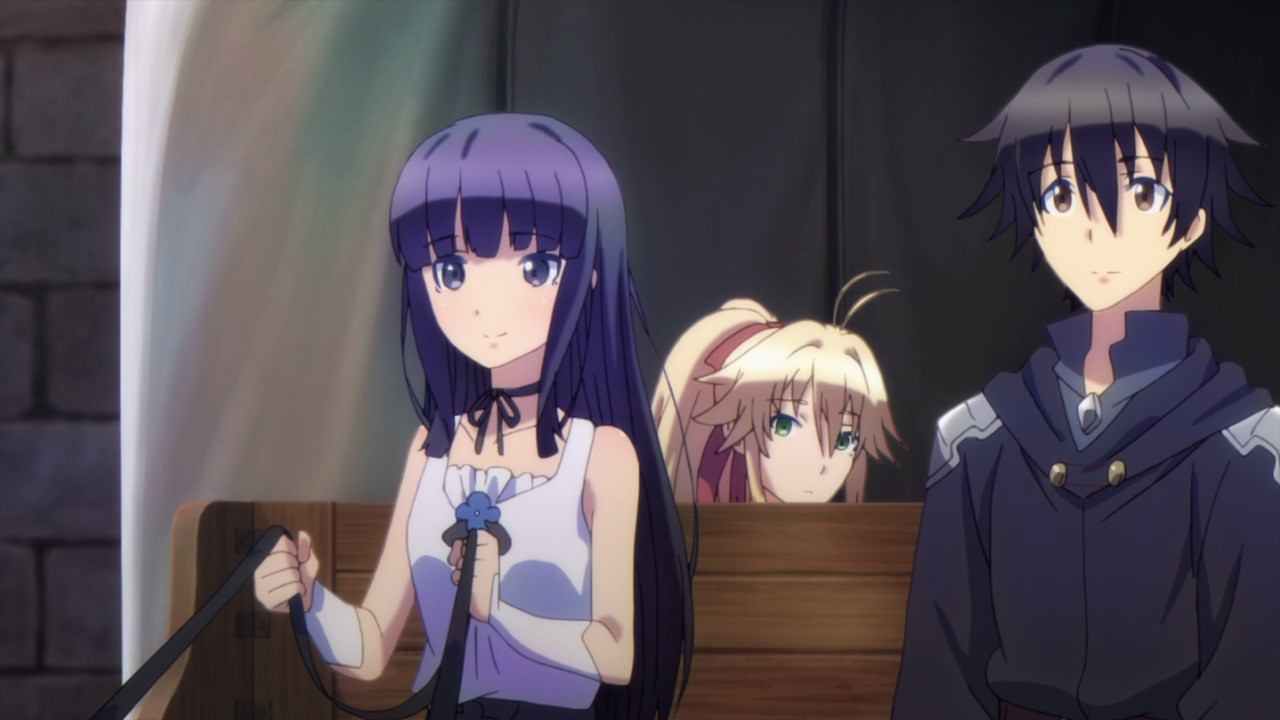 With that said, I’ll see you next time as Satou’s group leaves Seiryuu City and will venture out to unknown places, and might battle various demon lords and their minions throughout the continent.