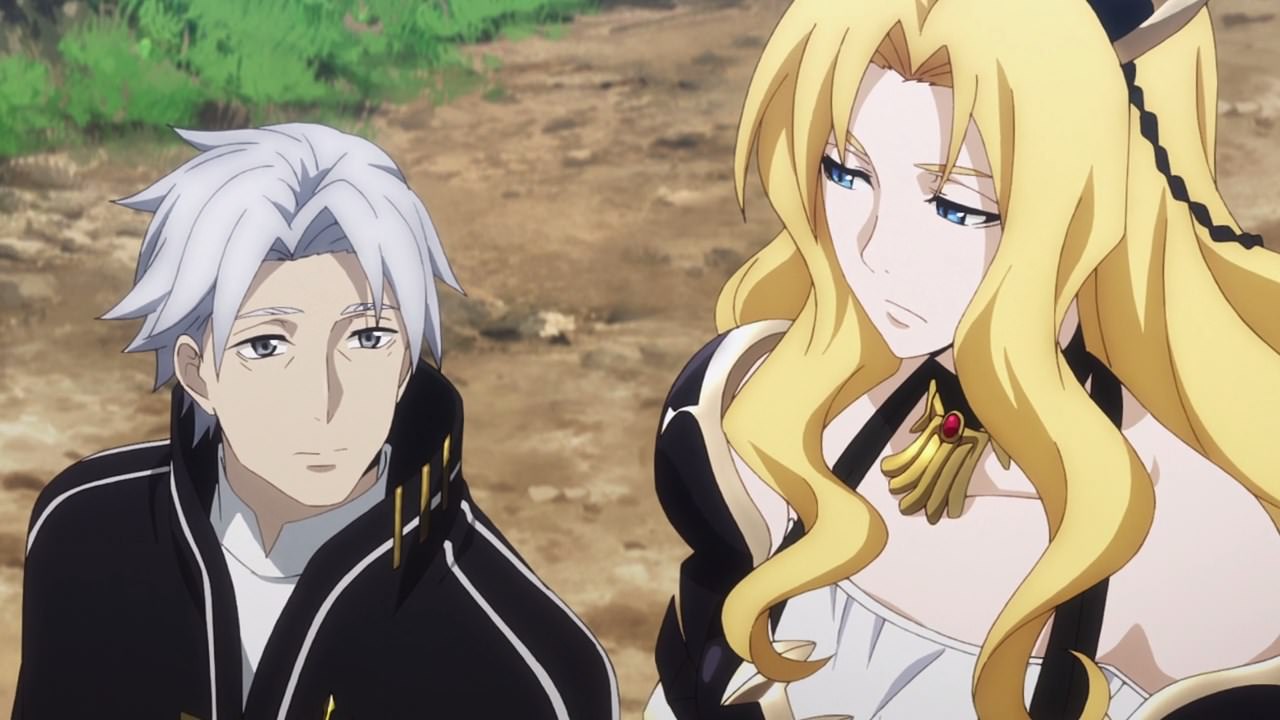 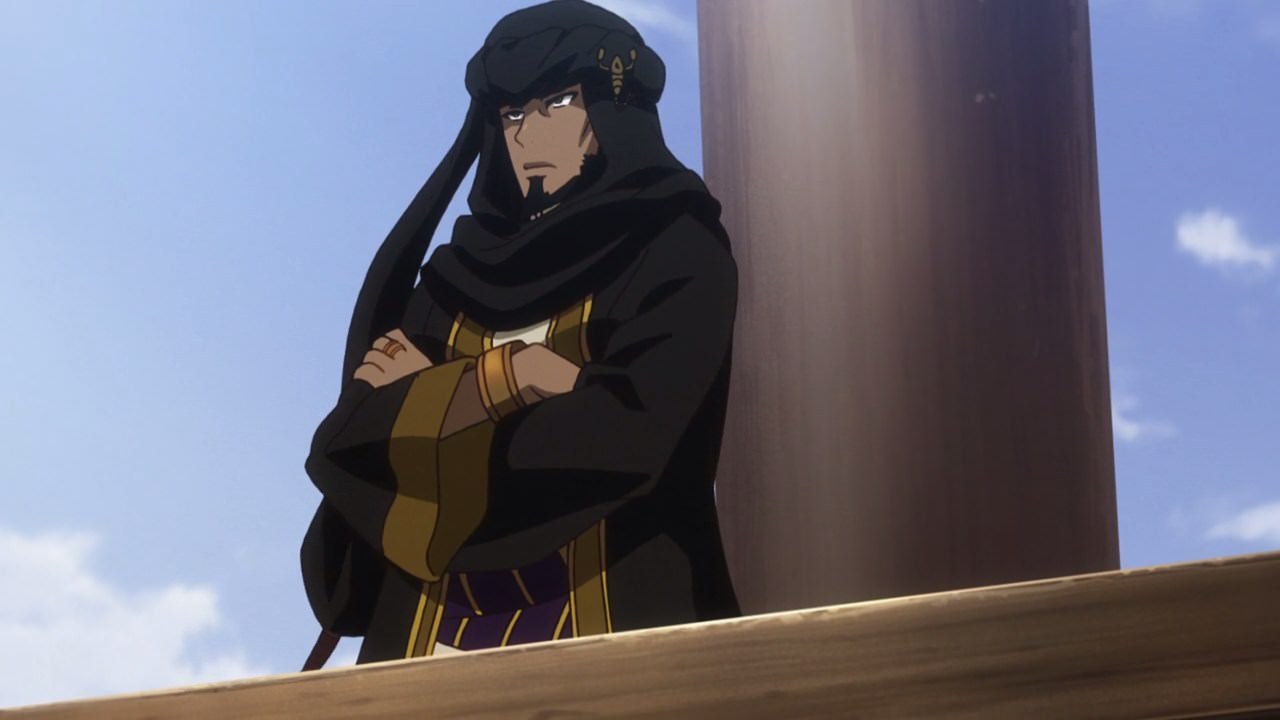 On this episode, the region of Altirk will be invaded by two opposing forces from the Factory Alliance.

On land, there’s Marrine Kreische as she’s joined by her companion Aubeste Meletes and the Valdrind Knights. At sea, there’s Milza Kuces who just became the crown prince of Dartagnia after slaying his father Sayid to become the future king. With their forces combined, Altirk might be in danger of being conquered. 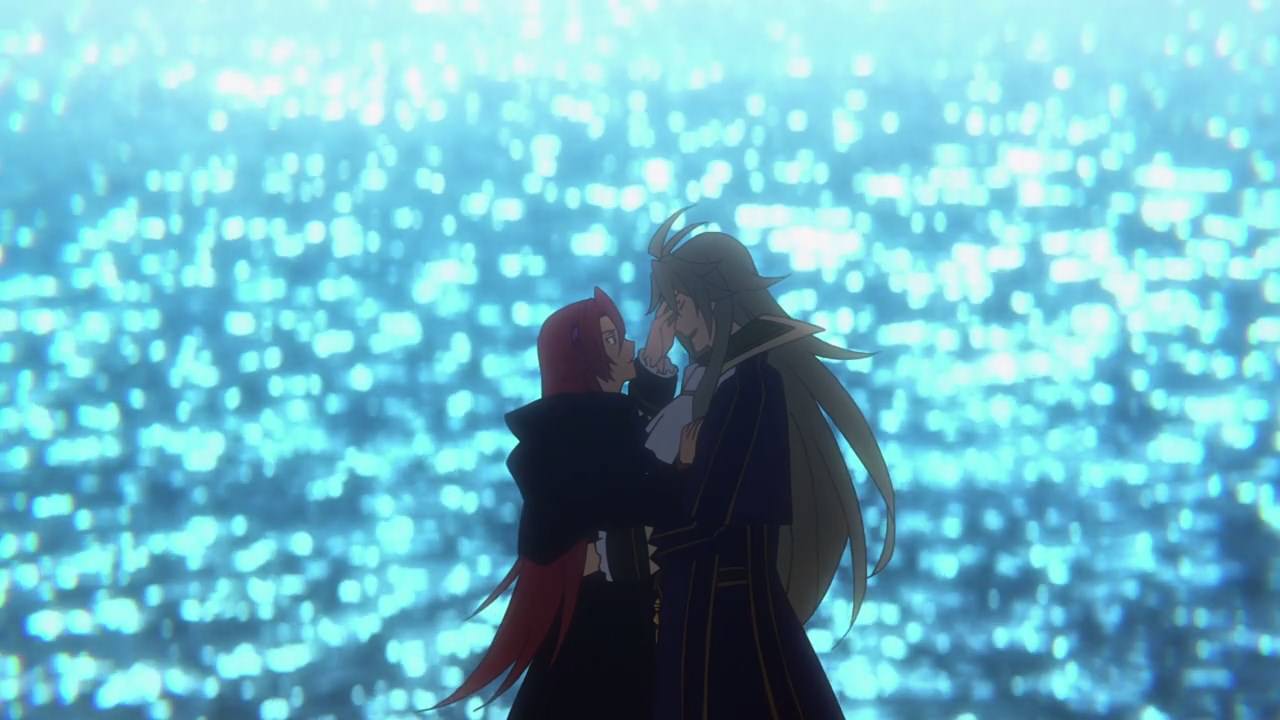 As for the Earl of Altirk, Villar Constance received the news about Milza Kuces’ defection to the Alliance via Margaret Odius, where she returned from her home country after hearing about Marrine Kreische’s plans to invade Altirk.

Still, I’m glad that Margaret Odius is back to assist Villar Constance once more, but he needs some allies to defend his region from the might of the Factory Alliance. Well then, the Battle of Altirk has begun. 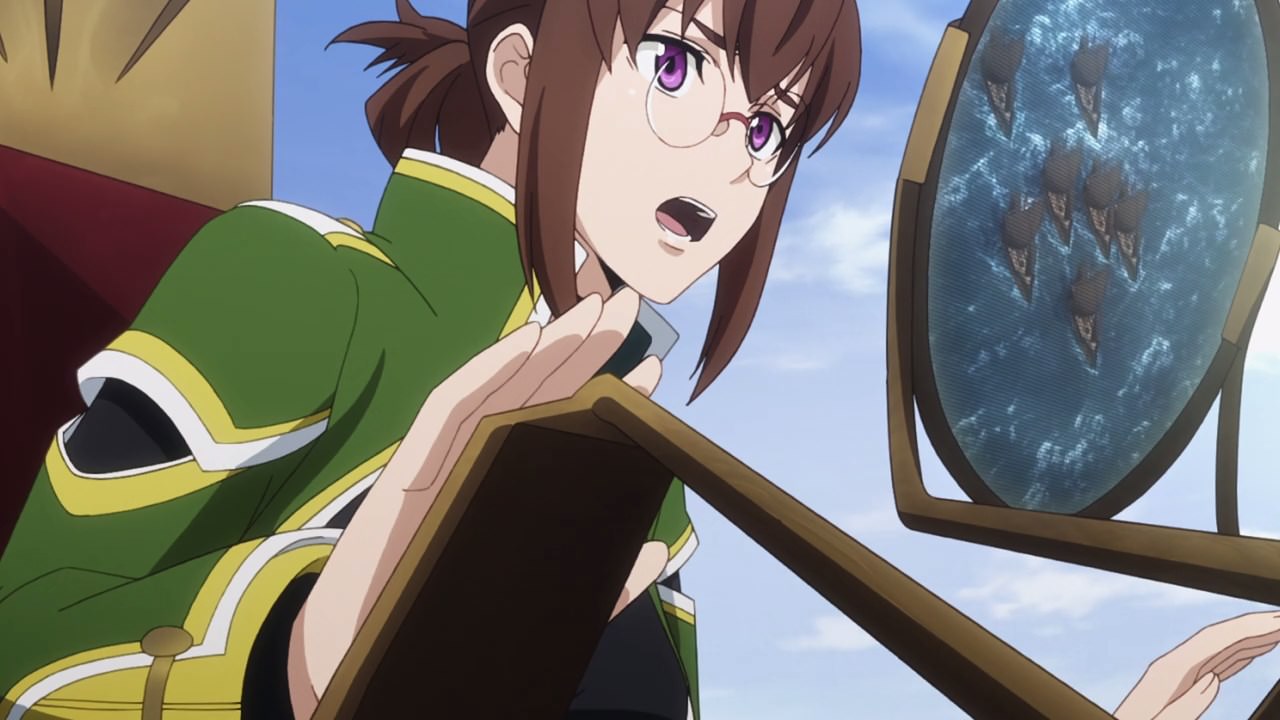 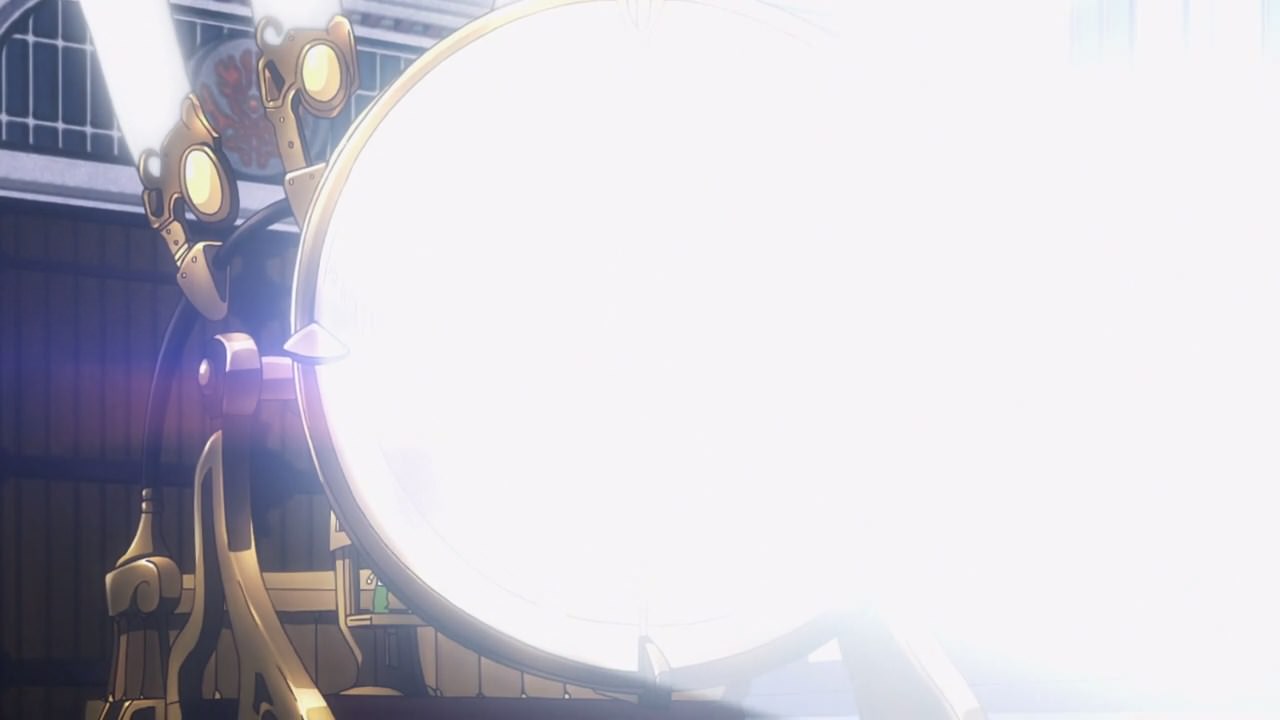 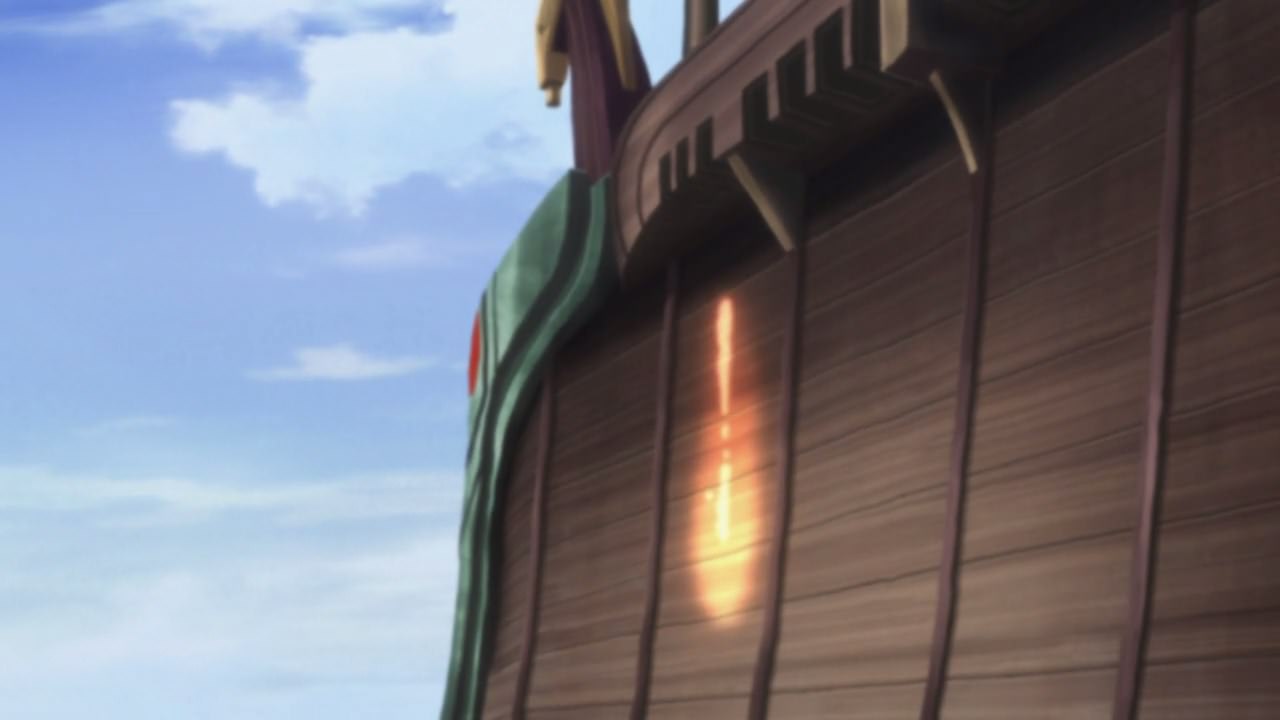 As you can see, this giant mirror uses to power of sunlight to cook the wooden hulls of Dartagnia’s ships until it’s completely burned. 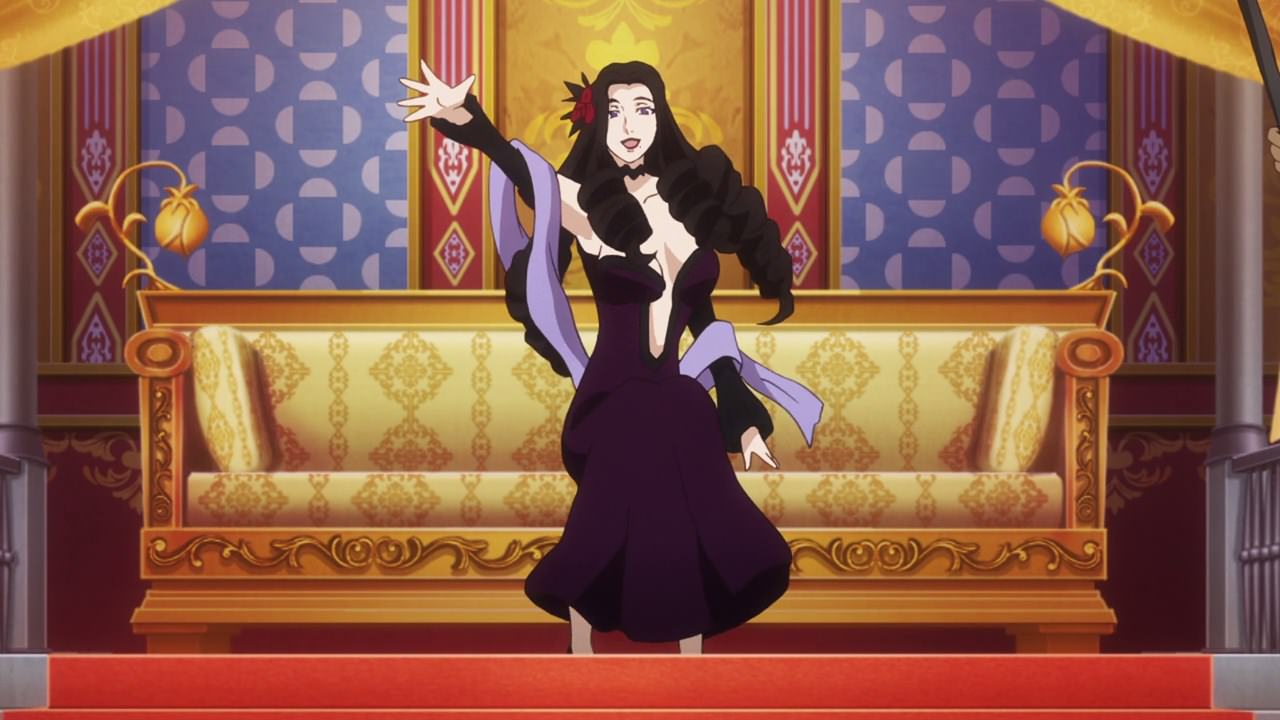 And it wasn’t enough, there’s Queen Edokia of Haman as she brought the Palace of the Sea, a massive castle-size battleship where it houses a giant cannon. 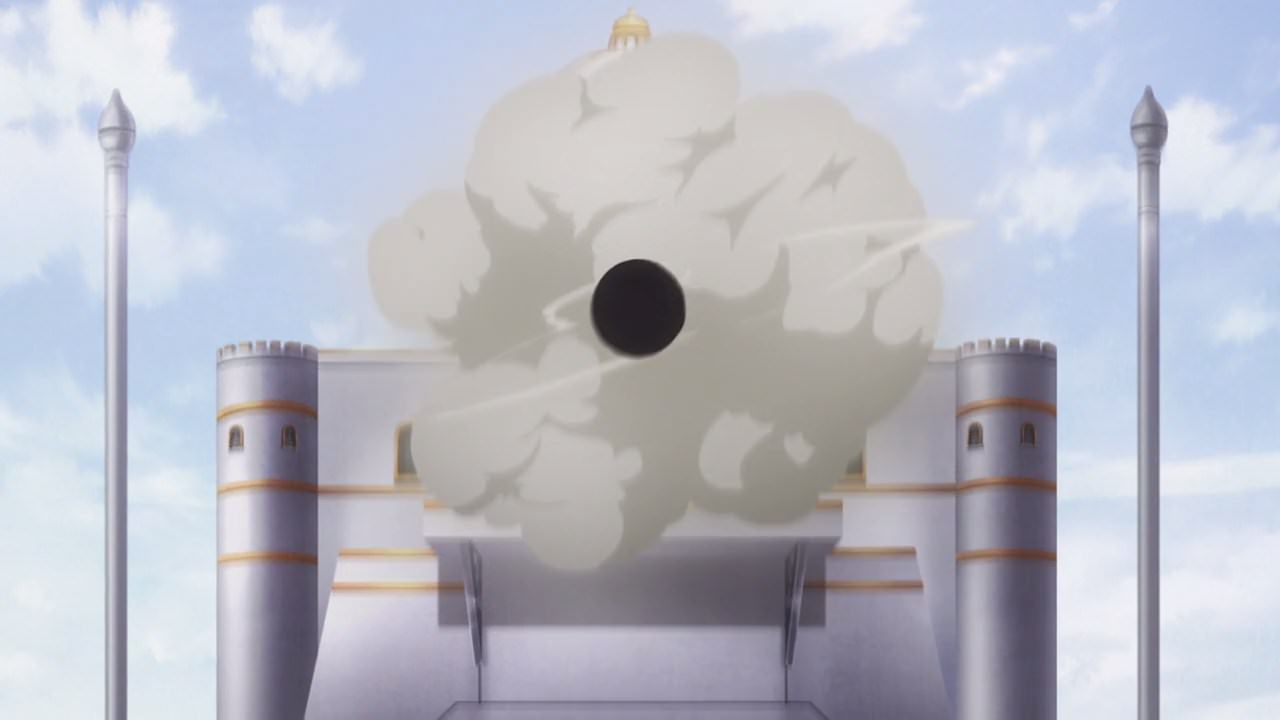 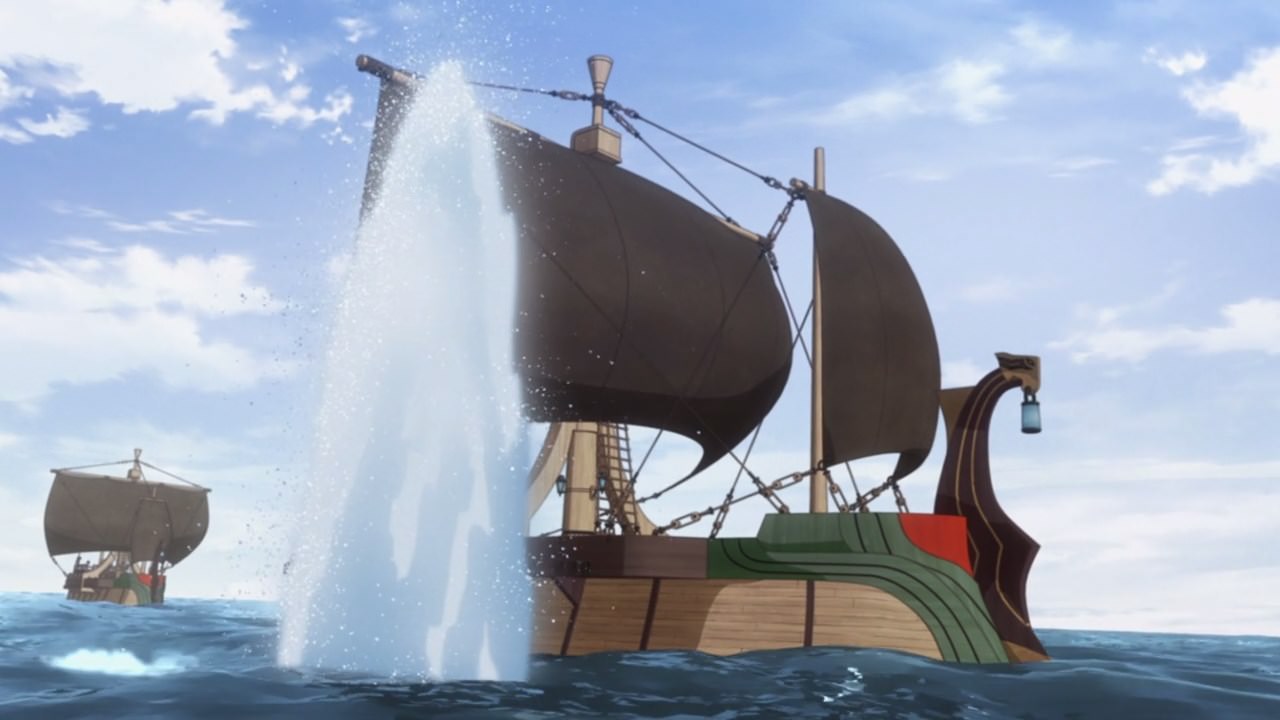 This giant cannon is very devastating against Prince Milza Kuces’ fleet as a single shot could destroy one battleship and another. 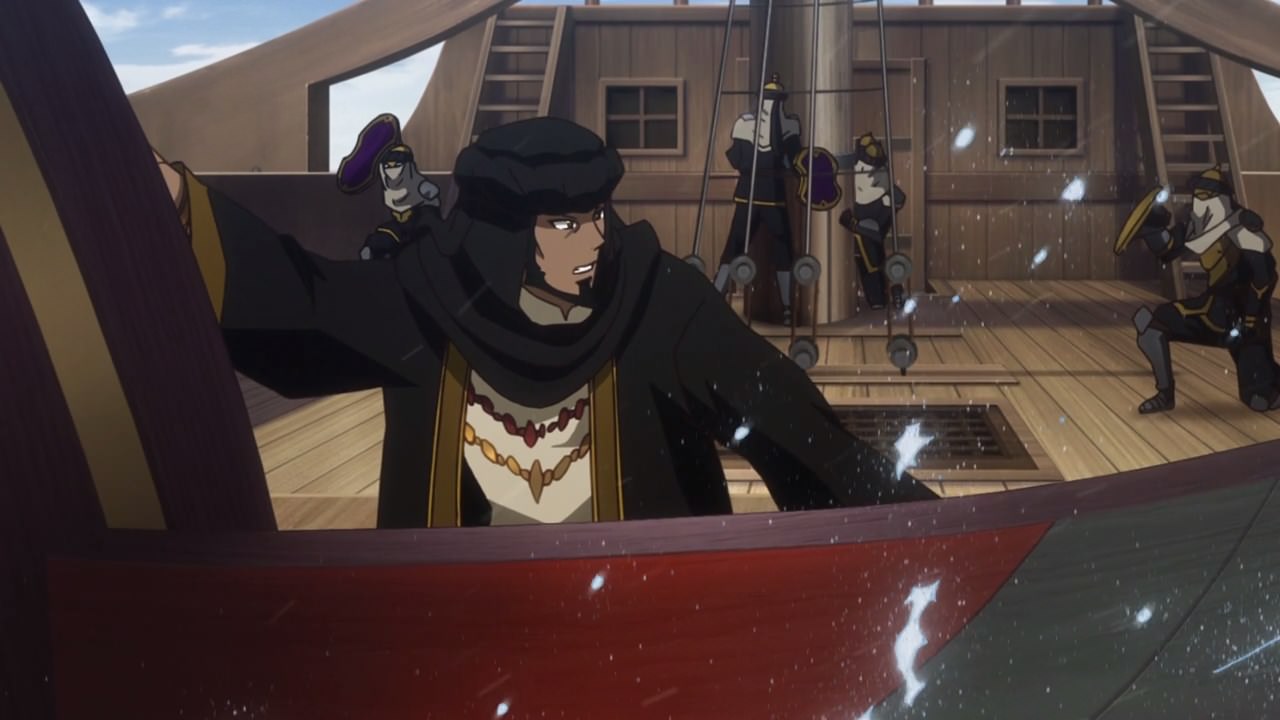 But for Milza Kuces, he’s not afraid to face a giant obstacle as he ordered his men to press forward until the fleet reached the shores of Altirk.

With that said, it’s gonna be a long battle ahead at sea. 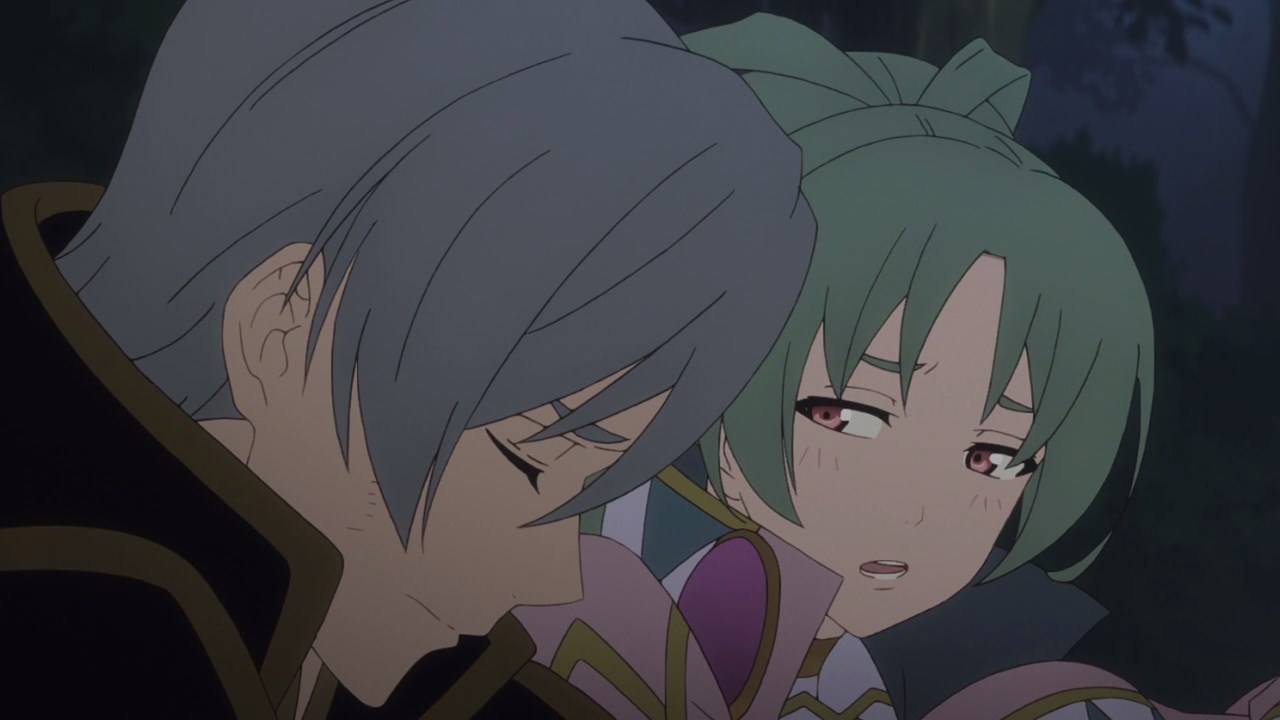 But on land, it’s a different story as Earl Selge Constance of Regalia and his contracted mage Ellet Harkas are being surrounded by Marrine Kreische and her Valdrind Knights.

If they’re spotted and killed, it’ll be a big blow to the Fantasia Union. 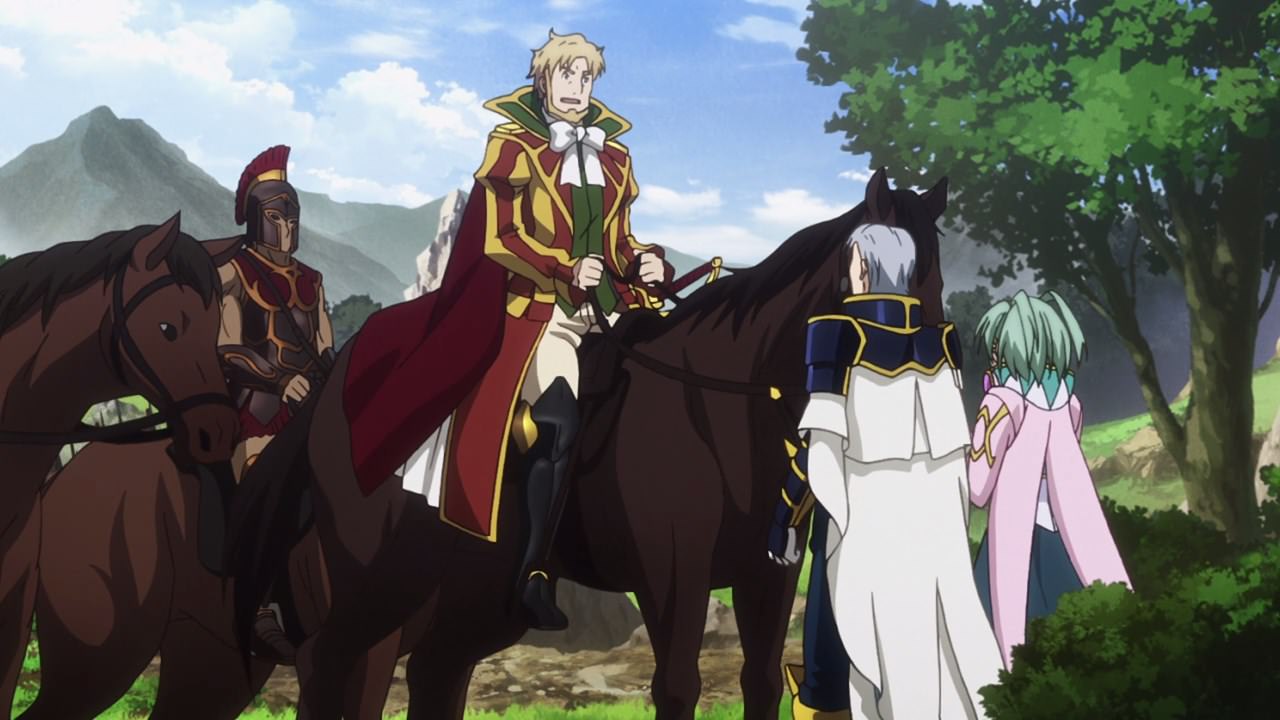 Fortunately, King Solon of Kilhis has arrived to take care of the Valdrind Knights as the Theater King told Lord Selge and Ellet to get out of the battlefield as much as possible. After all, he owed a lot from Villar Constance. 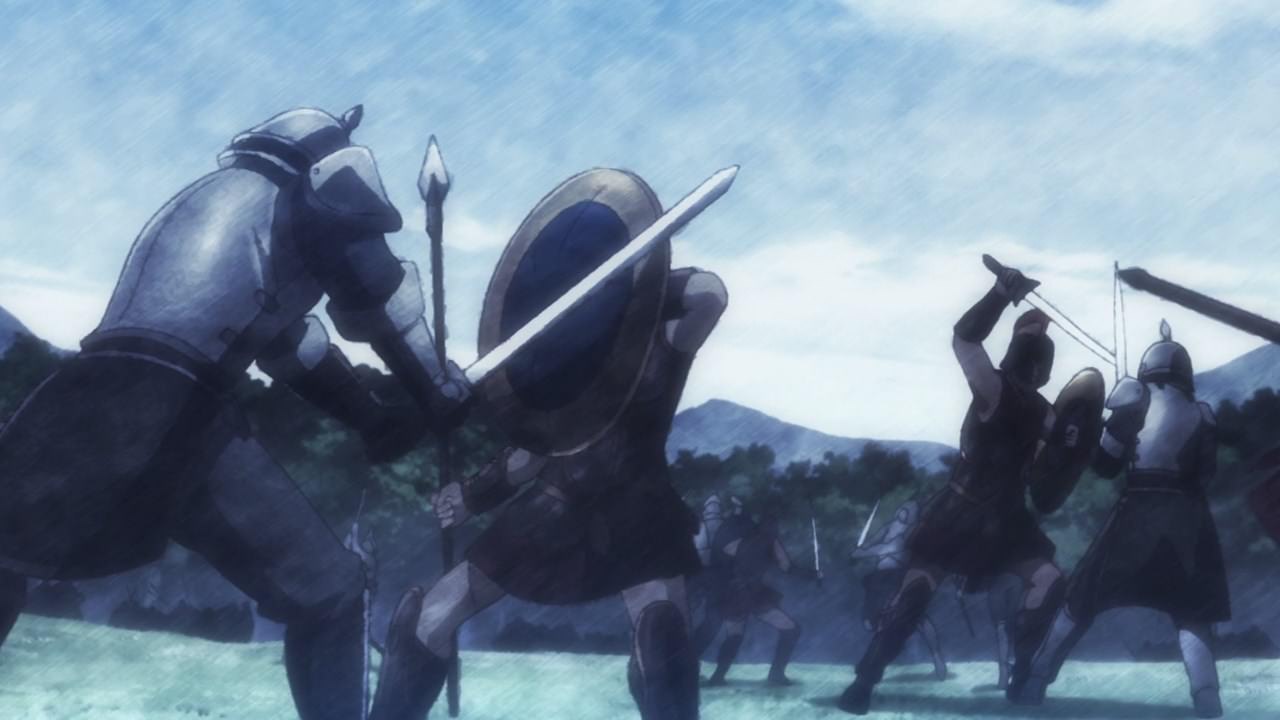 And so, Lord Solon and his valiant gladiators engaged with the Valdrind Knights in a battle that might end in a stalemate. 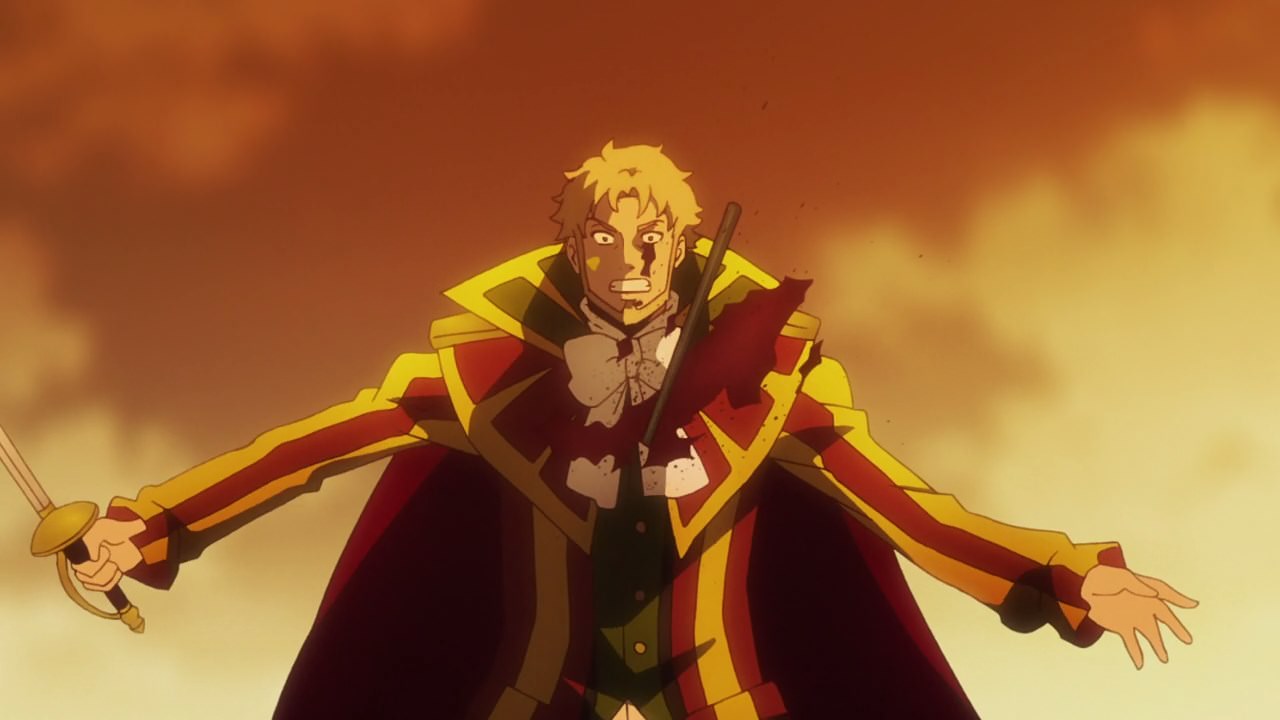 But ultimately, the Valdrind Knights prevailed as King Solon of Kilhis and his men are perished. Despite the disadvantage, Lord Solon doesn’t fear death as he humbly accept it. 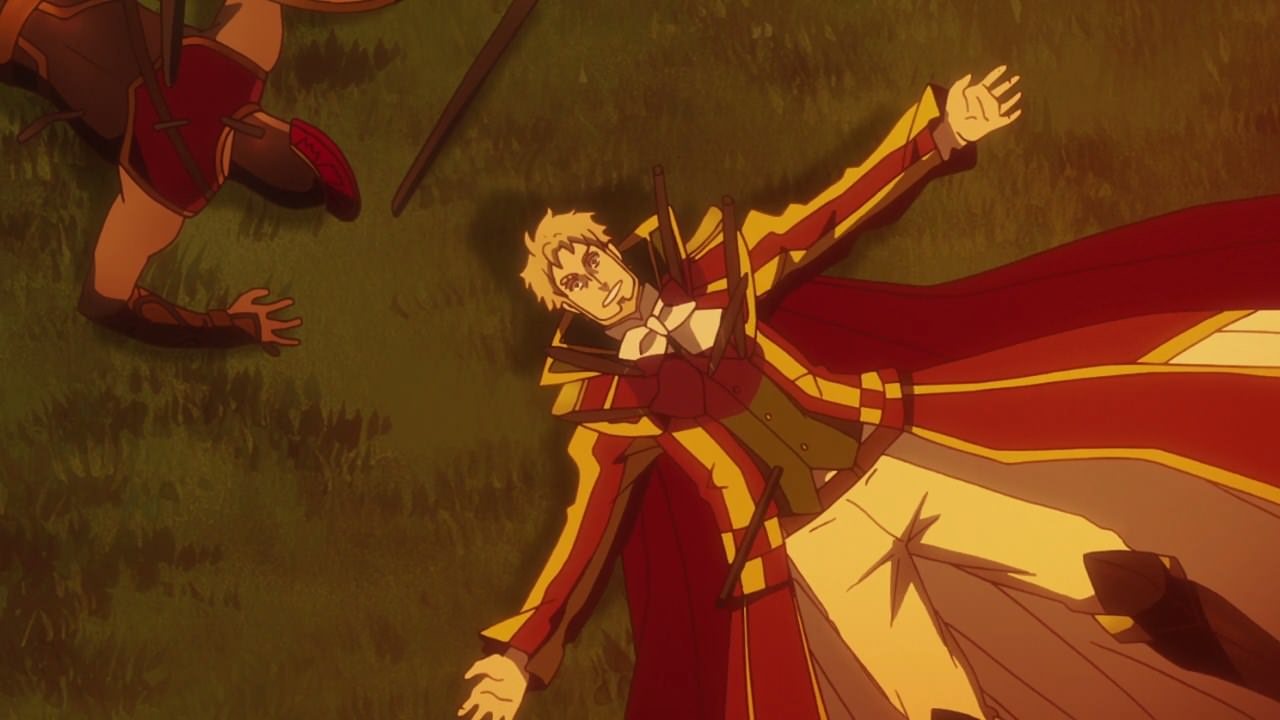 With that said, it was a victory for the Alliance as they conquered Kilhis now that King Solon has slain in battle.

In other news, Theo Cornaro and King Lassic David of Sievis have managed to defeat both Bultava and Ozerl’s forces respectively, although Theo’s efforts has made a surprising impression to the likes of Earl Villar Constance where he commanded a ragtag army from the Forest of Eternal Darkness, which the entire vampire population considered Theo as non-existent.

We don’t know how Theo Cornaro and his allies managed to pull it off, but the battle continues on the next episode as the Margrave of Valdrind will launch a massive attack against the Altirk region.