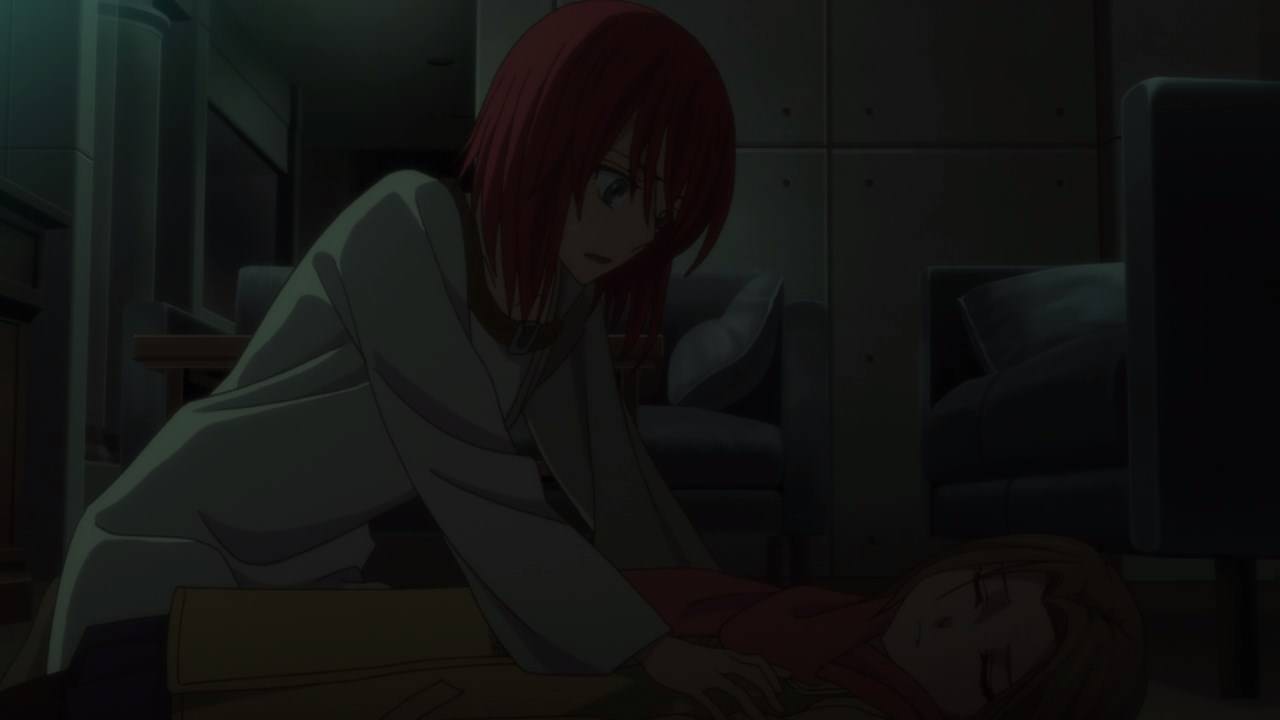 Well guys and girls, Chise Hatori is safe and so is Stella Barklem as they’re transported to Cartaphilus’ lab… 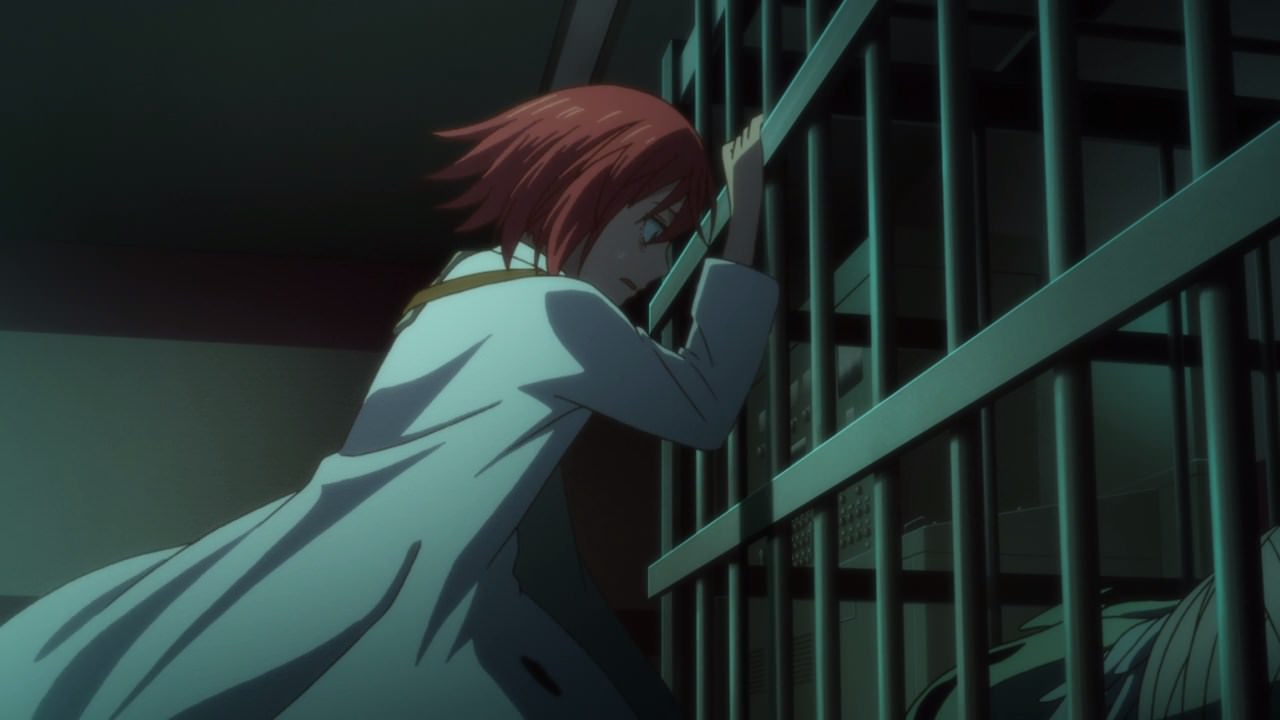 Or should I say Joseph’s lab as Chise saw a dragon that was locked up, ready to be experimented at any given time.

Oh boy, I have a feeling that Joseph might do something bad towards that dragon since he did that before back in Episode 19. 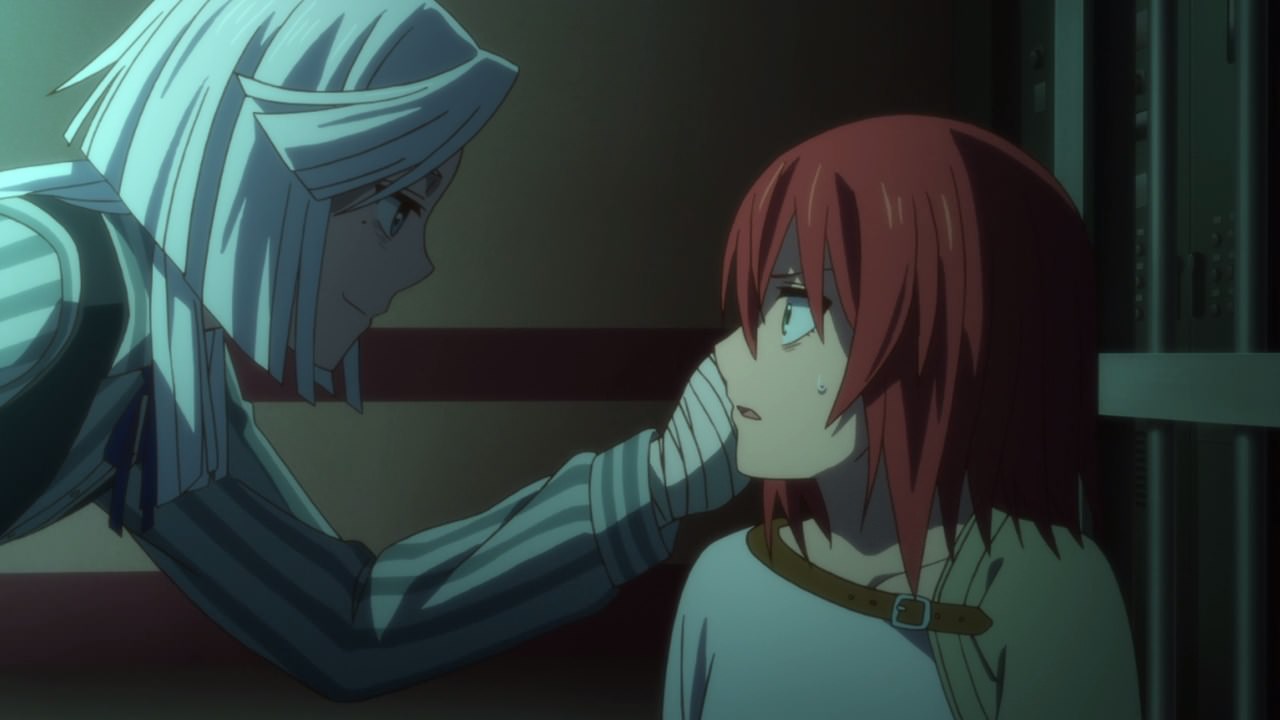 And here’s Cartaphilus or Joseph as he asked Chise to give her left arm to him, in exchange for his immortality in which Joseph hated it. But then again, I doubt that! 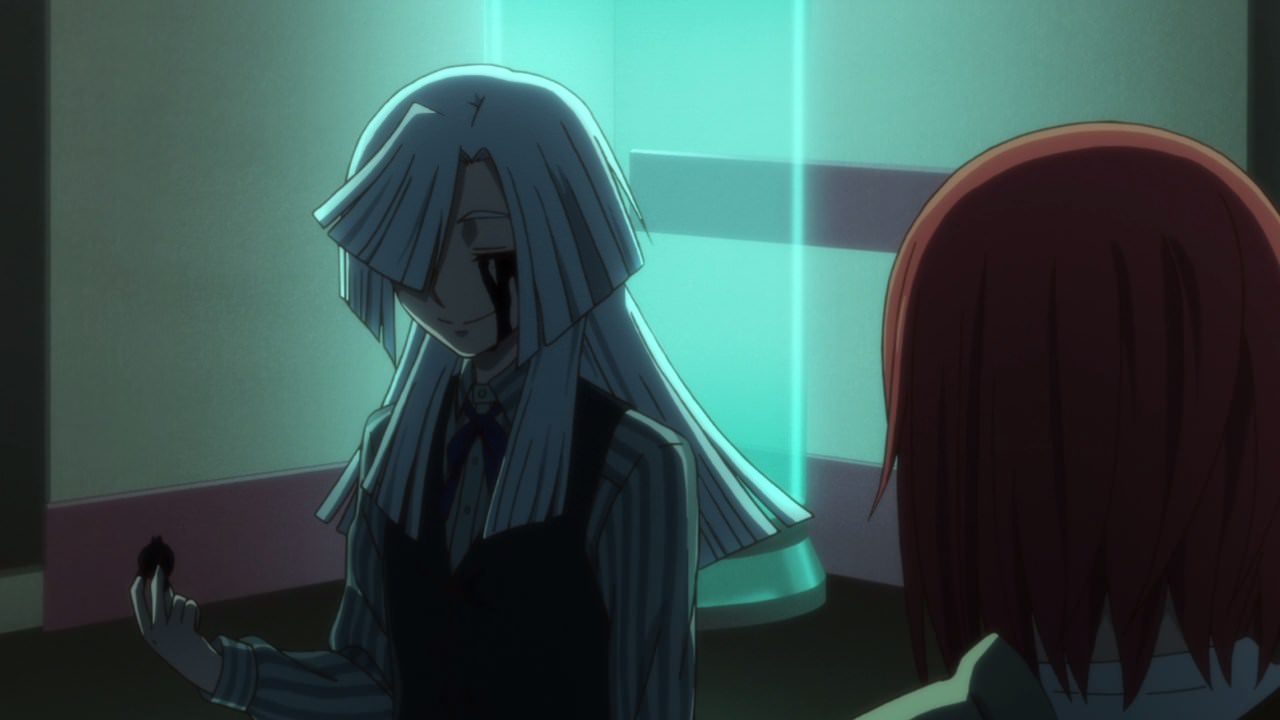 In any case, Joseph took his left eye because it holds the power of immortality. But wait, how will he put his eye onto Chise Hatori? Simple really… 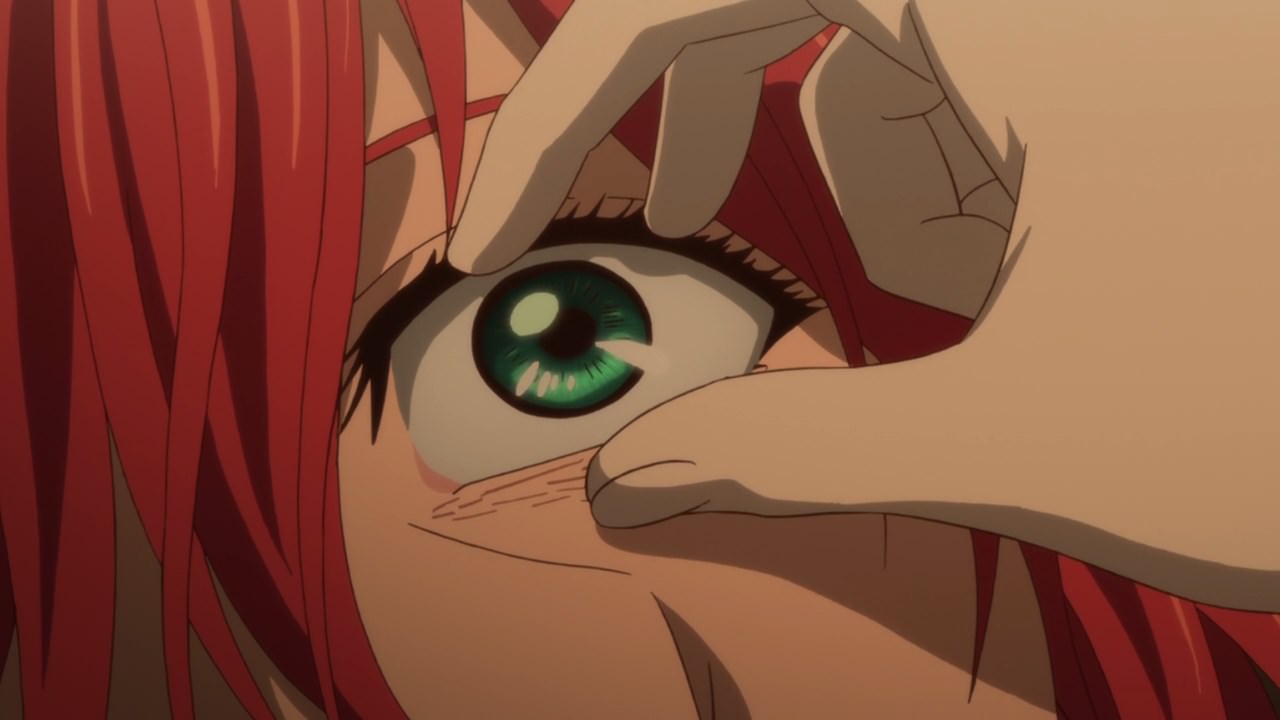 All he needs to do is to take out her left eyeball and put his own in the most gruesome procedure ever. Damn, I can’t bear to watch! 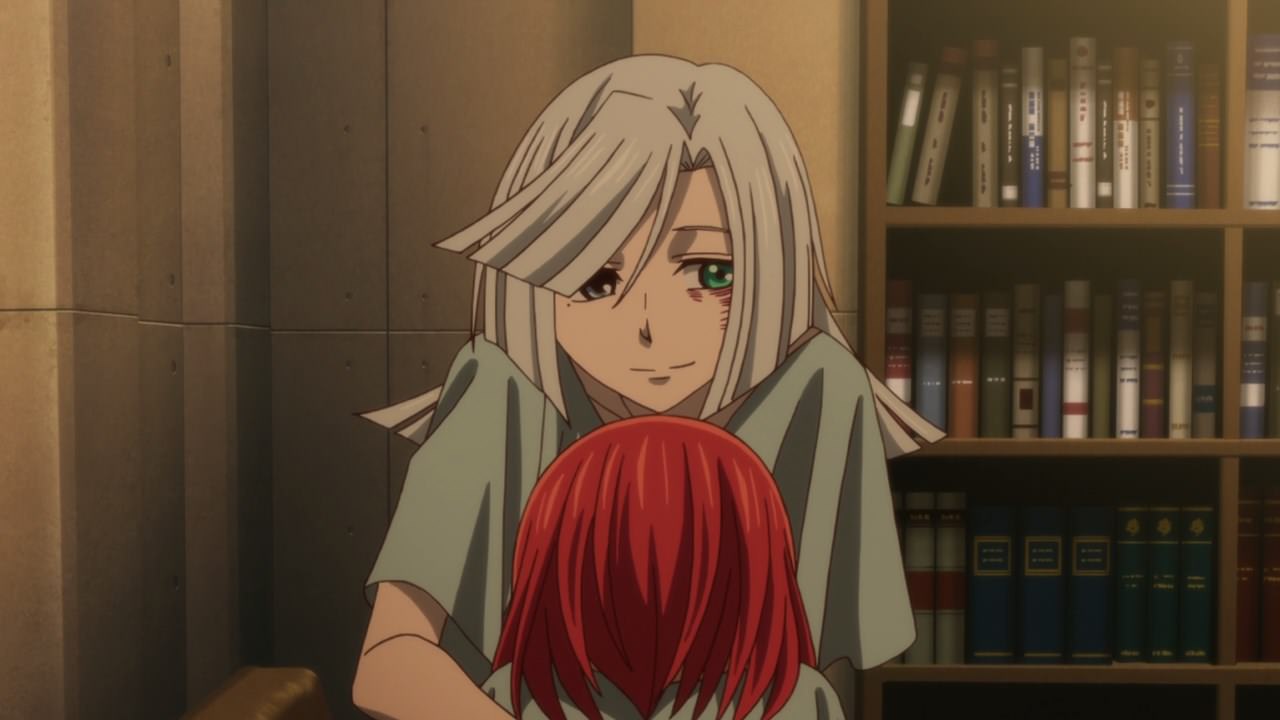 But hey, the procedure worked as Carta- I mean Joseph got Chise’s left eyeball which has both the Sleigh Beggy and the dragon’s curse. 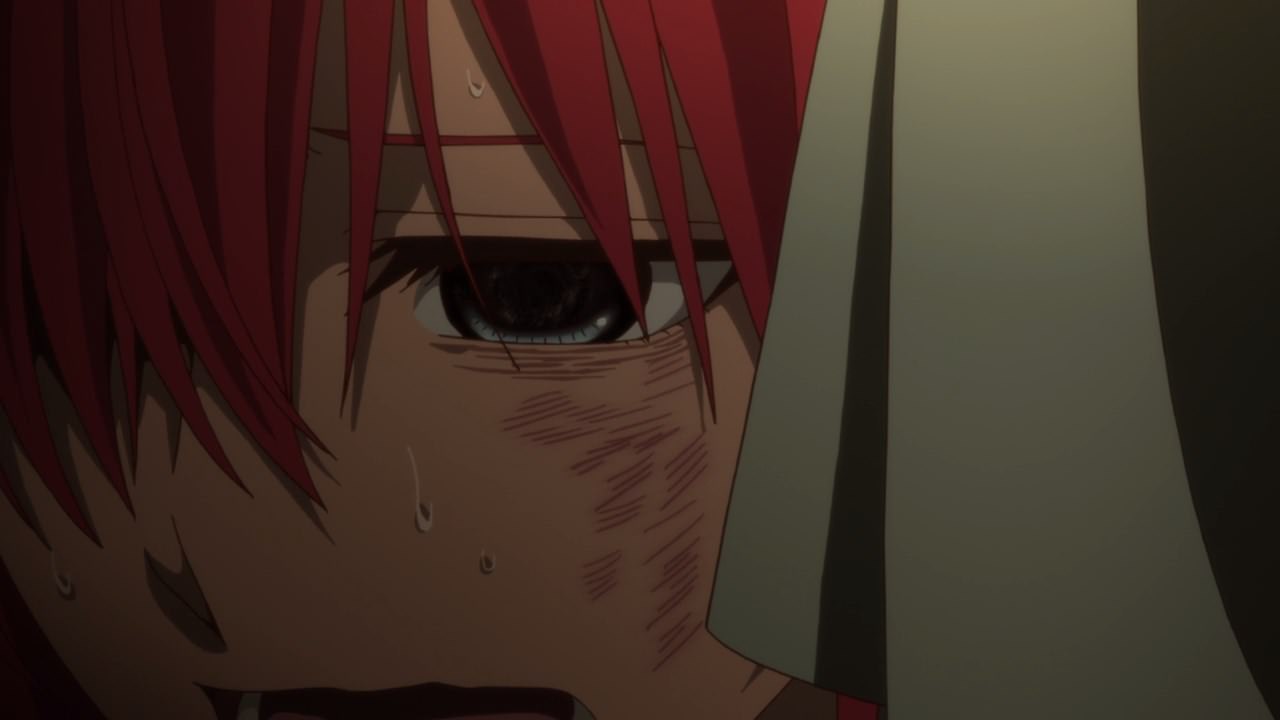 And as for Chise Hatori, she got Joseph’s left eye which might extend her lifespan. Of course, that’s the first part of it as Joseph is not yet done taking out her dragon arm. 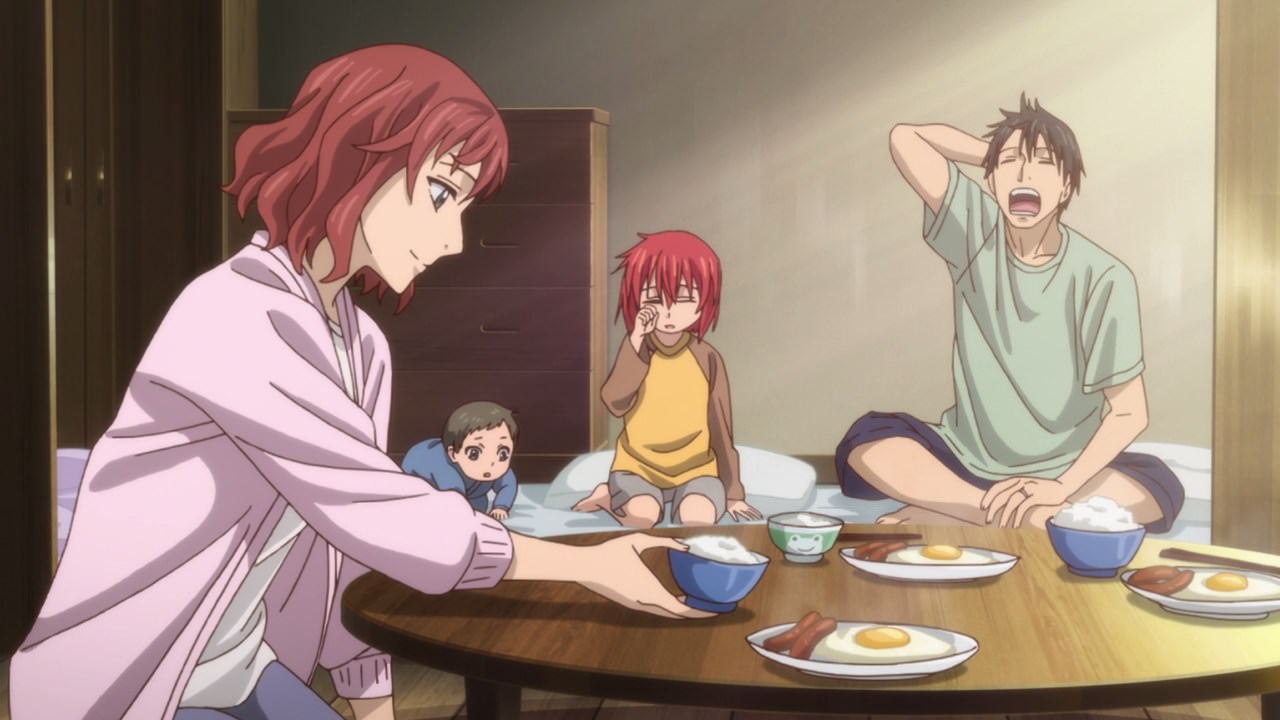 Meanwhile, Chise Hatori is seeing some of her memories when she had a happy family, way before her father Yuuki left together with her younger brother and her mother Chika committed suicide.

Yes, she had fond memories of it and yet, her family fell apart because Chise (and by extension her mother Chika) can see supernatural beings. Then again, that’s how Joseph rolls as he wants to upset Chise so much. 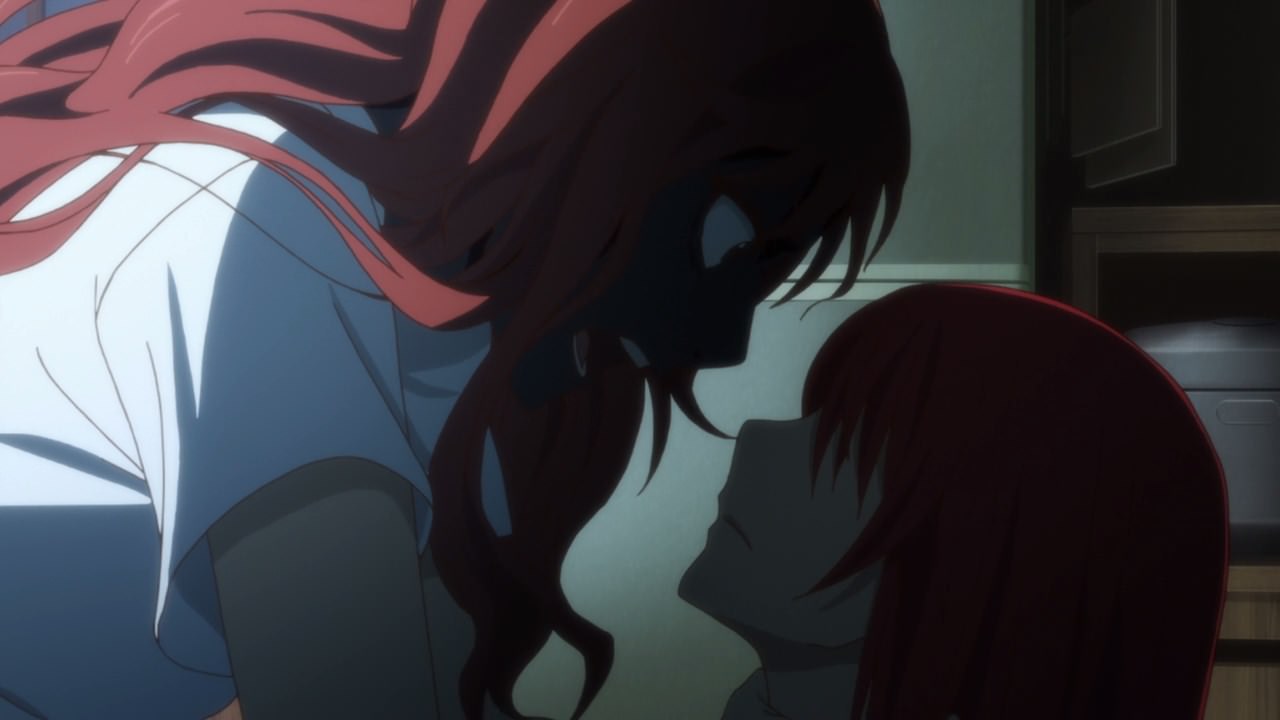 Heck, he goes as far as to recreate Chise’s mother where she strangled her. Of course, Chise knows that her mother doesn’t intend to kill her off like that, as Chika Hatori let her daughter live while she claimed her own on that fateful day.

So even though she might hate her mother even now because of that near-death experience, Chise is grateful that she lived to see and meet everyone including Elias Ainsworth. 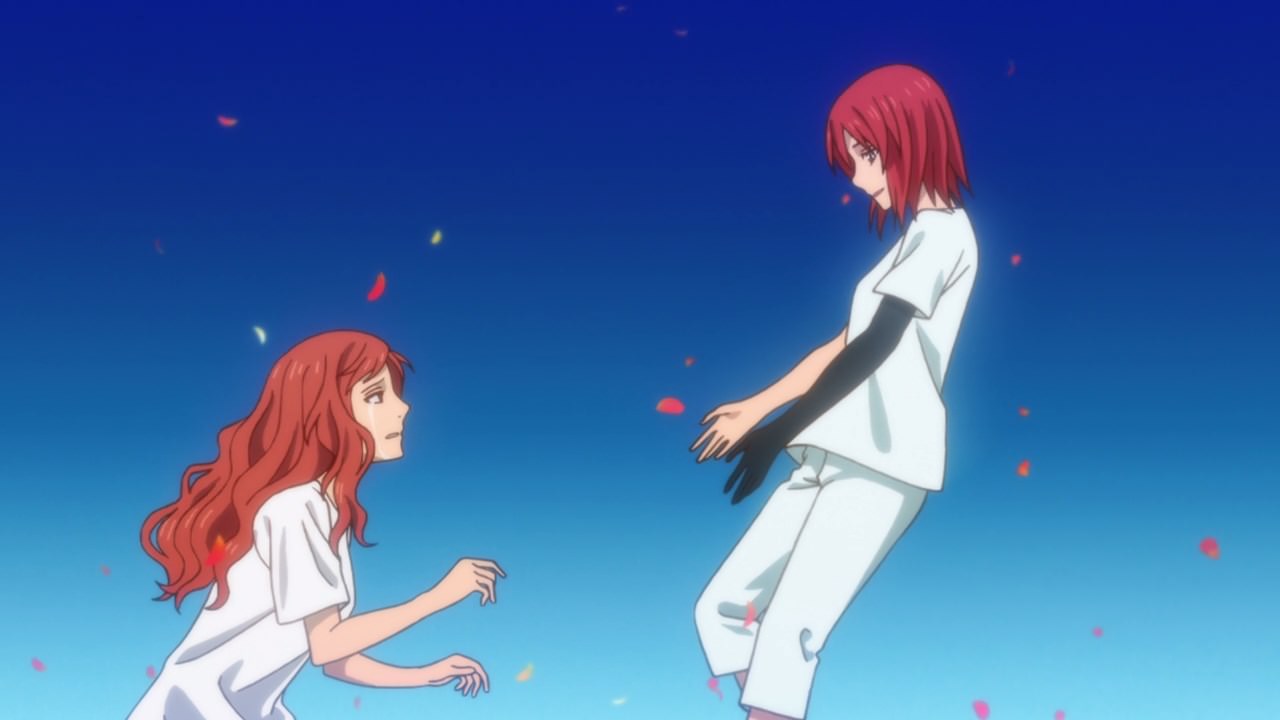 And so, Chise Hatori bid farewell to her mother Chika as she’s about to go under the knife with Joseph.

I’m glad that she finally brought some closure to her past but Chise still wants to know why her father and younger brother left on that day. 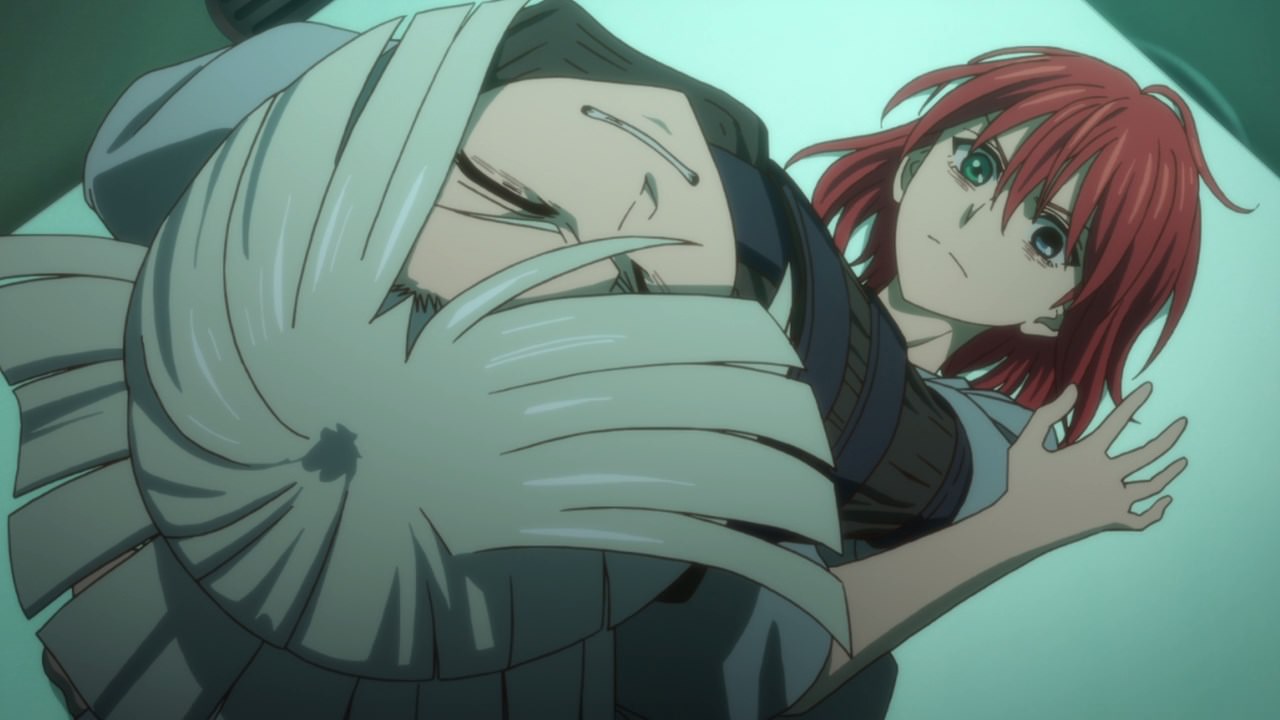 Oh and as for the surgery, forget about it as Chise Hatori found a way to save herself and even Cartaphilus too. Then again, I think Chise wants to strangle that bastard even though Joseph is immortal.

Well then, I’ll see you next time for the penultimate episode. Also, I wonder what happened to the Thorn Mage as we haven’t heard about him from this episode? Maybe in Episode 23, Elias might take action.