A Place Further Than the Universe Episode #11 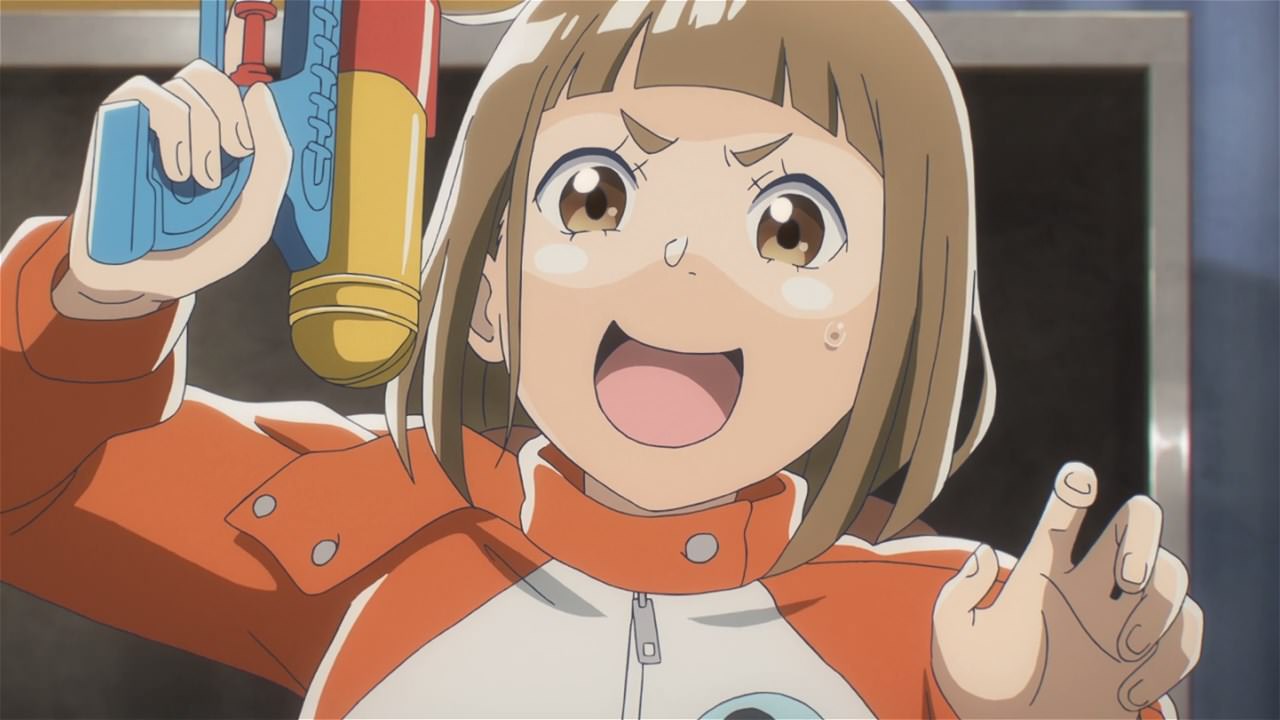 Well, seems that Mari Tamaki spend so much time outside without any sunblock lotion that she got sunburned in her face. 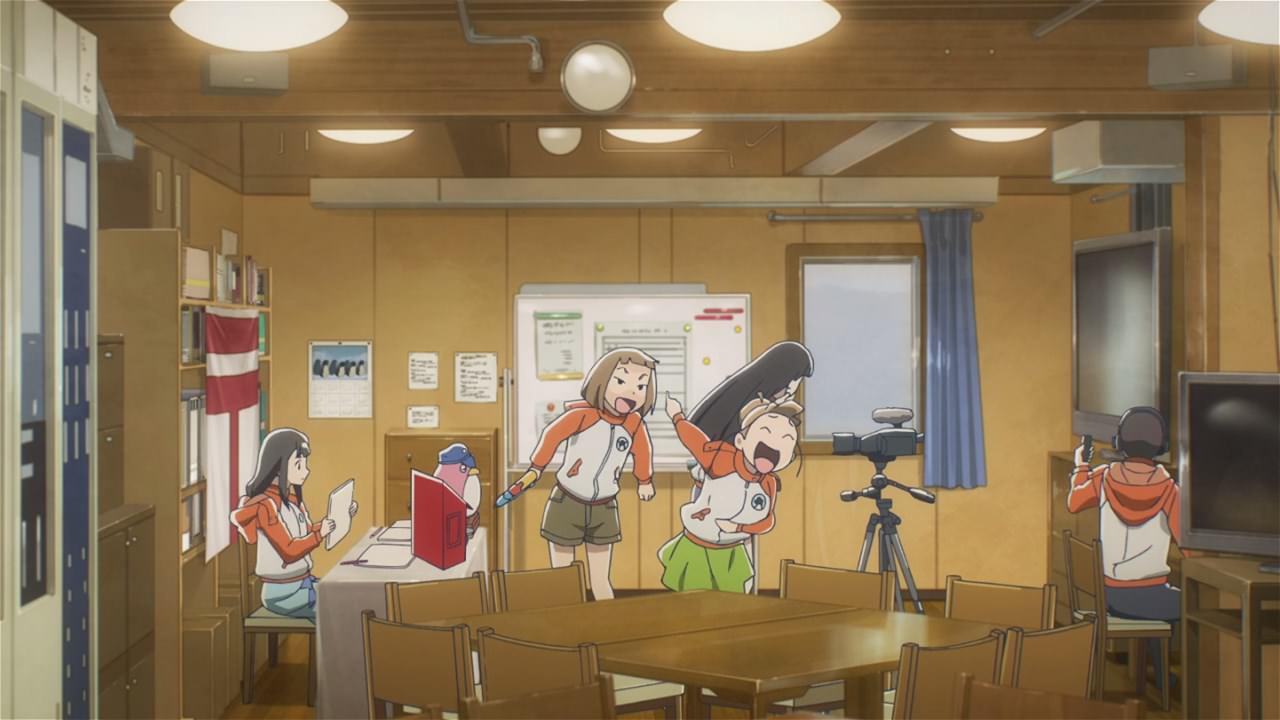 Yeah, everybody is laughing that her face got sunburned except for her eyes, which Kimari always wear her goggles most of the time! 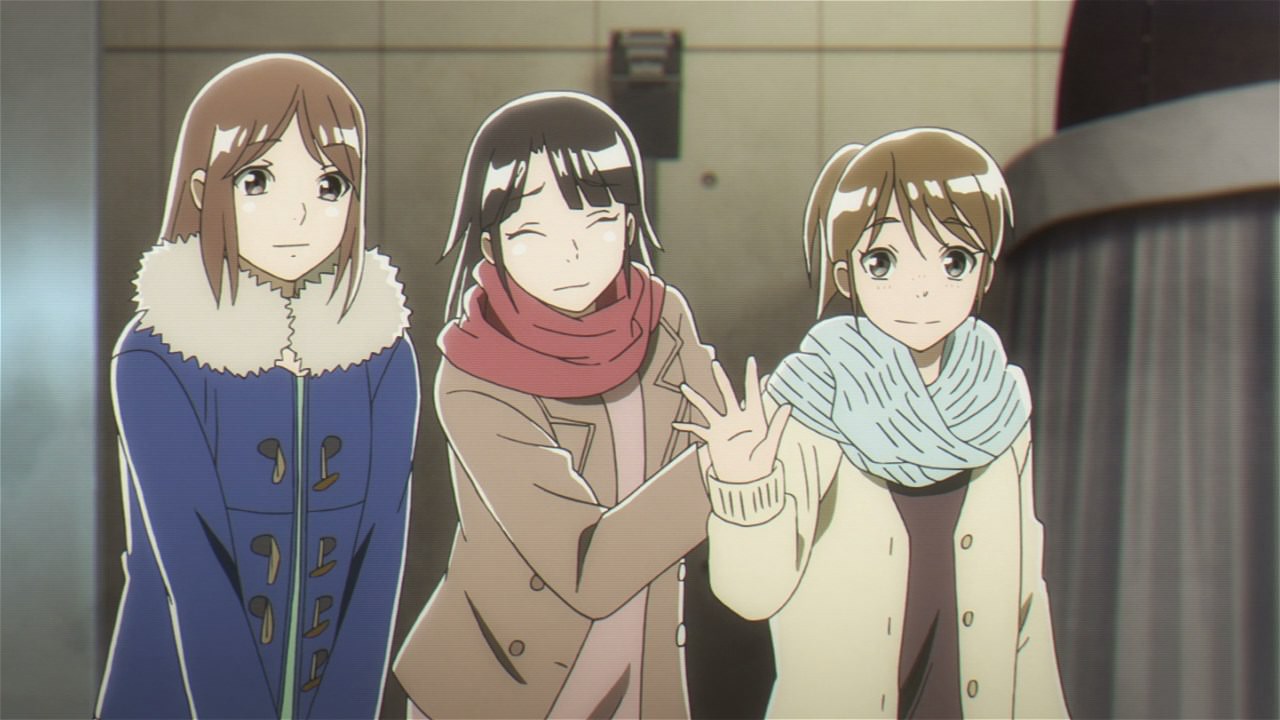 Also, looks like some of Hinata Miyake’s friends are here to greet her a Happy New Year despite the time difference. 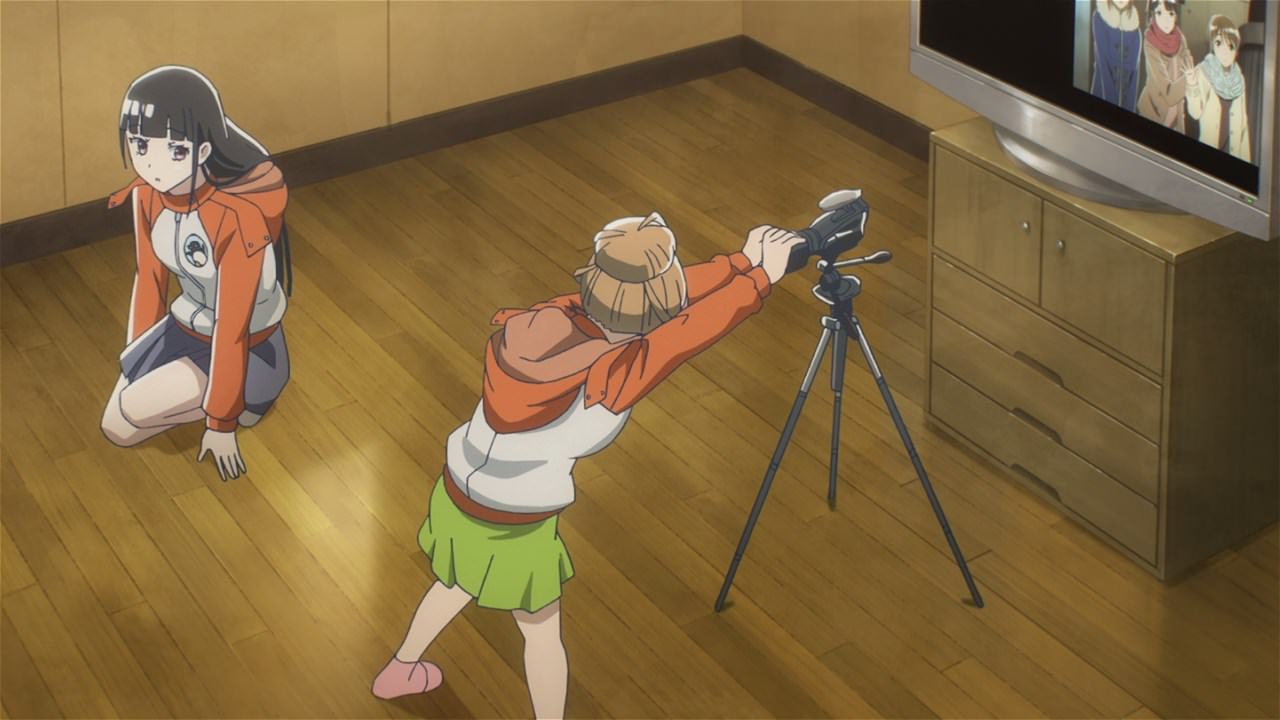 Then again, Hinata doesn’t like seeing her friends on camera. I wonder why she did that for this important day? 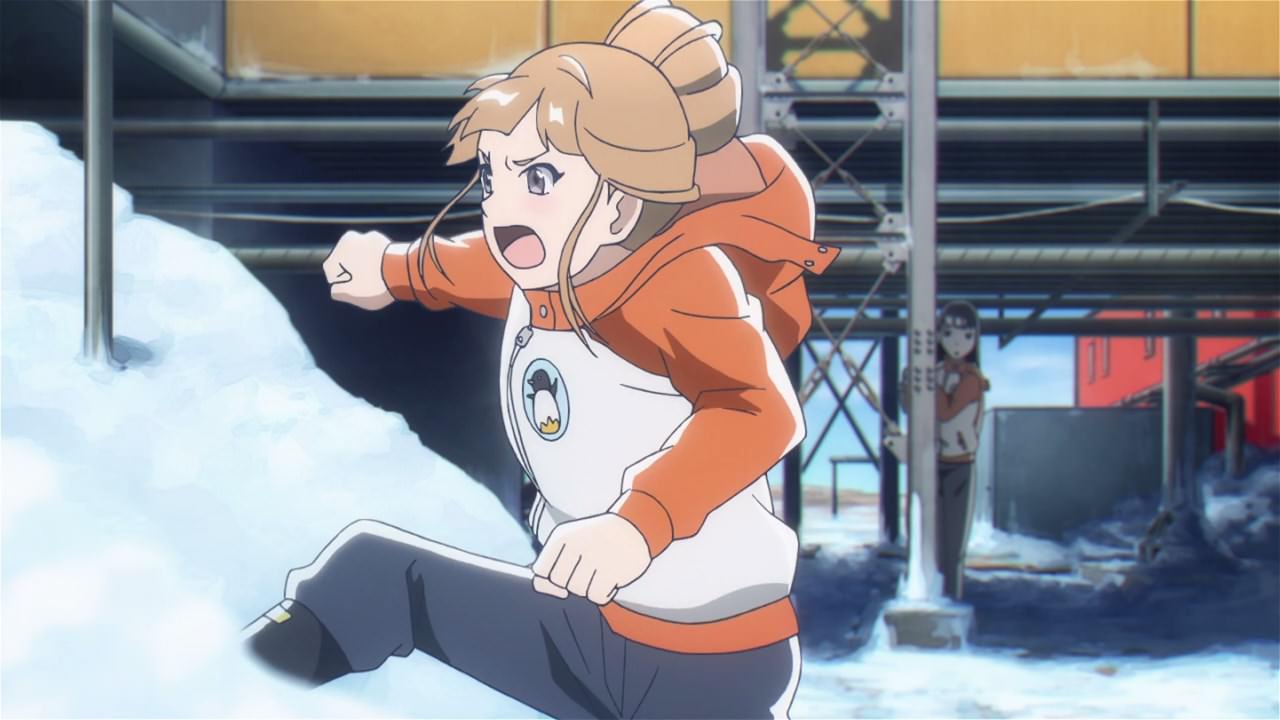 Heck, I wanna know why Hinata got so upset that she kicked a pile of snow? Did she have any grudges towards her friends or something? I guess we’ll have to find that out. 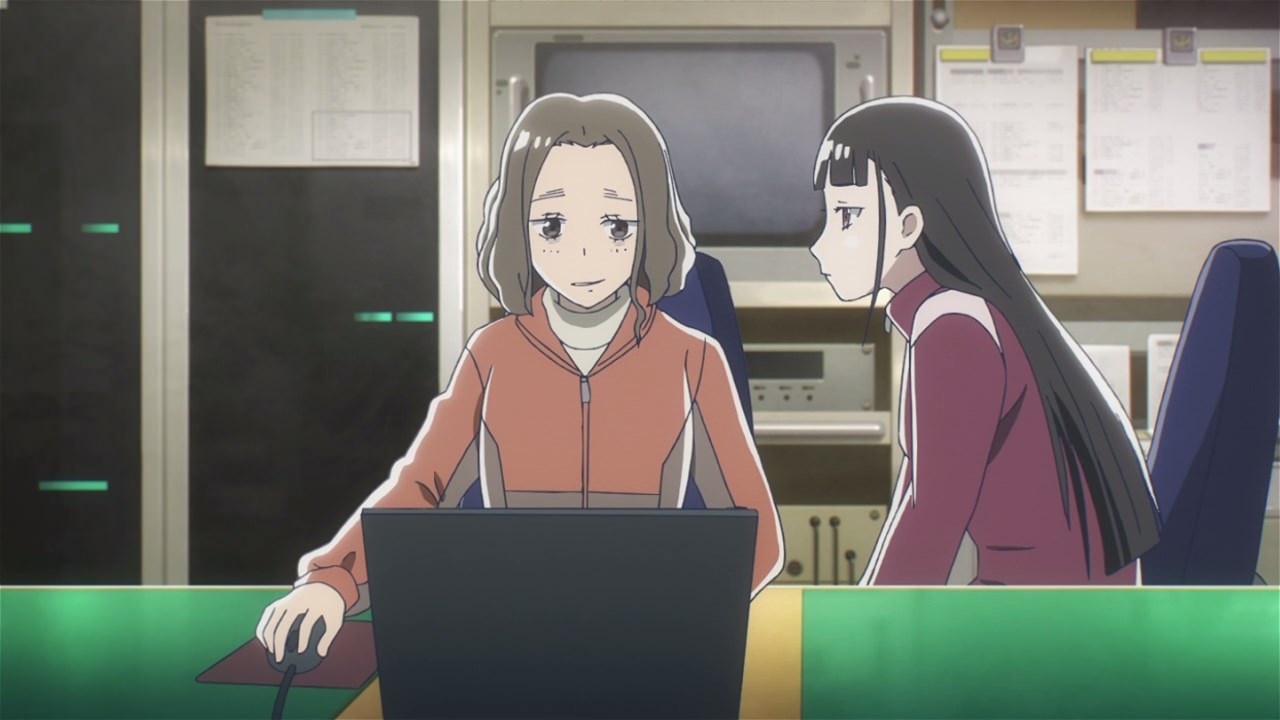 In fact, this got Shirase Kobuchizawa very curious, starting with an e-mail that was sent by Hinata Miyake’s friends.

Of course, she needs to ask permission from Nobue Todoroki to use the laptop first. And speaking of Nobue-san, she’s somewhat depressed that she’s waiting for an e-mail from her boyfriend Yu-kun. 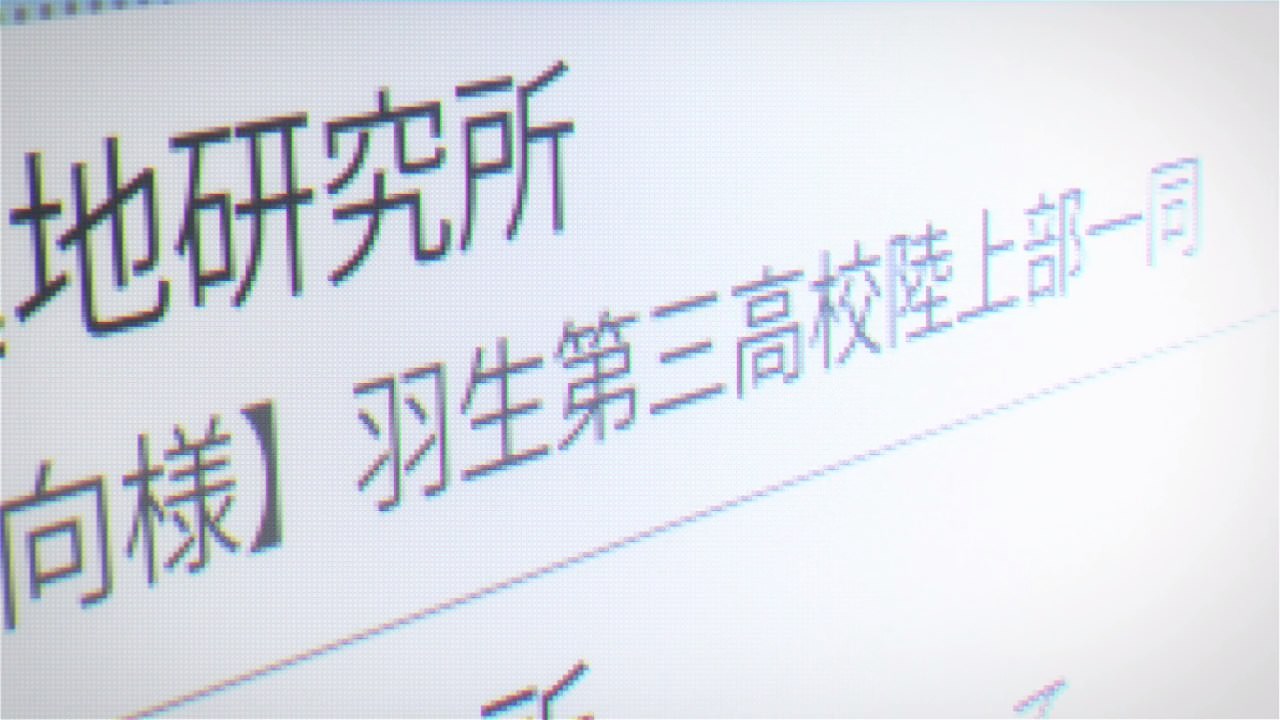 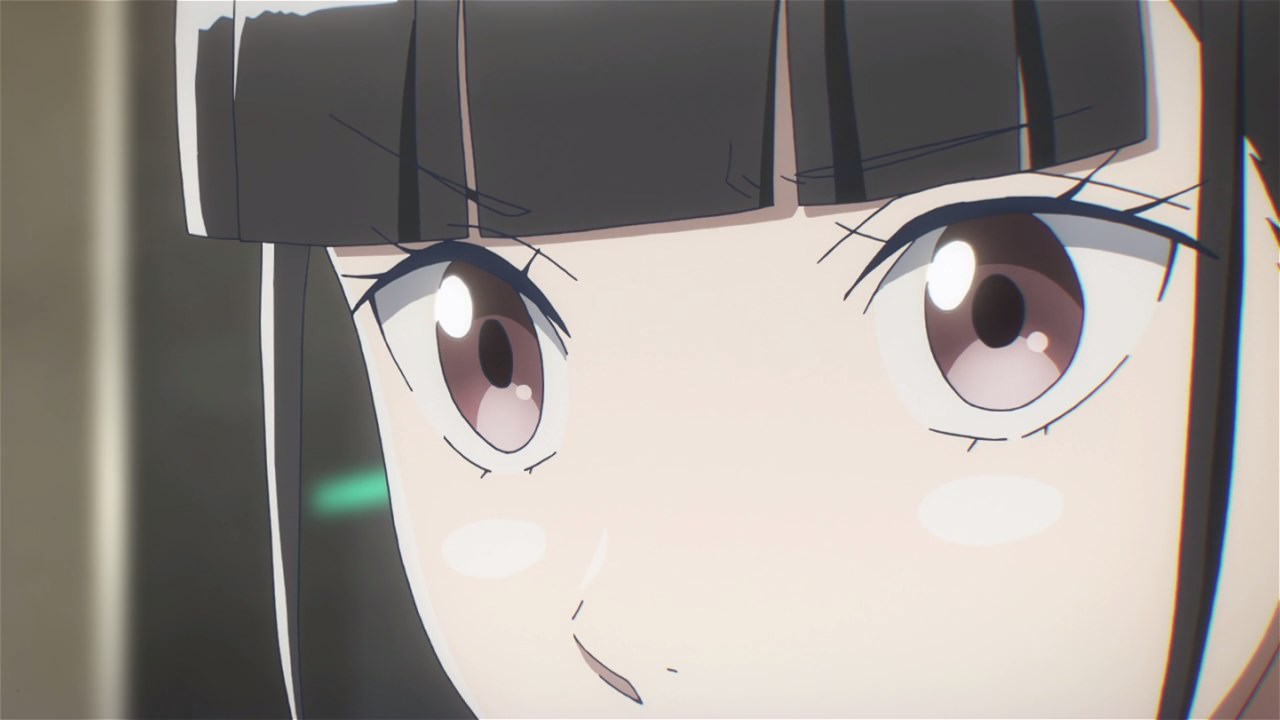 In any case, it seems that what Shirase saw on the e-mail was somewhat apologetic, with Hinata’s friends said say sorry to what they done in the past. Hm, I was wondering if Hinata was bullied by her peers or something? 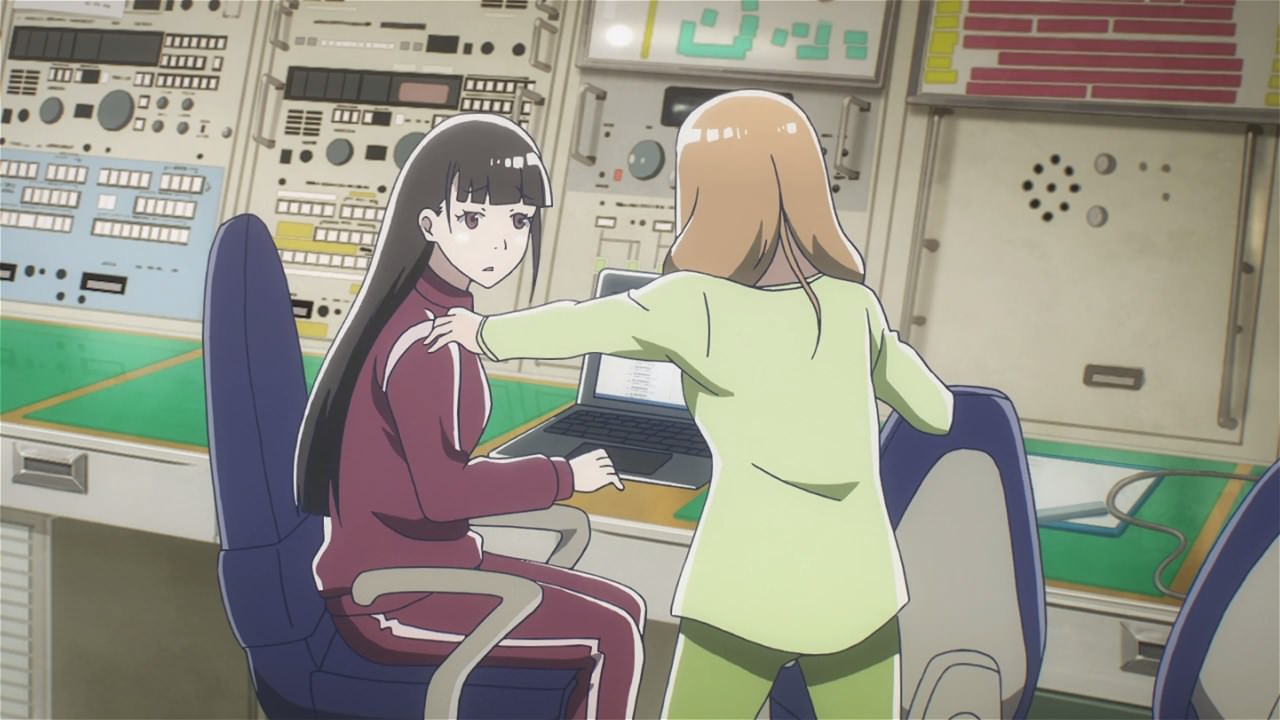 Unfortunately for Shirase, Hinata cut her short just as she’s about to uncover Hinata’s past. Aww, why do you have to stop her, Hinata Miyake? 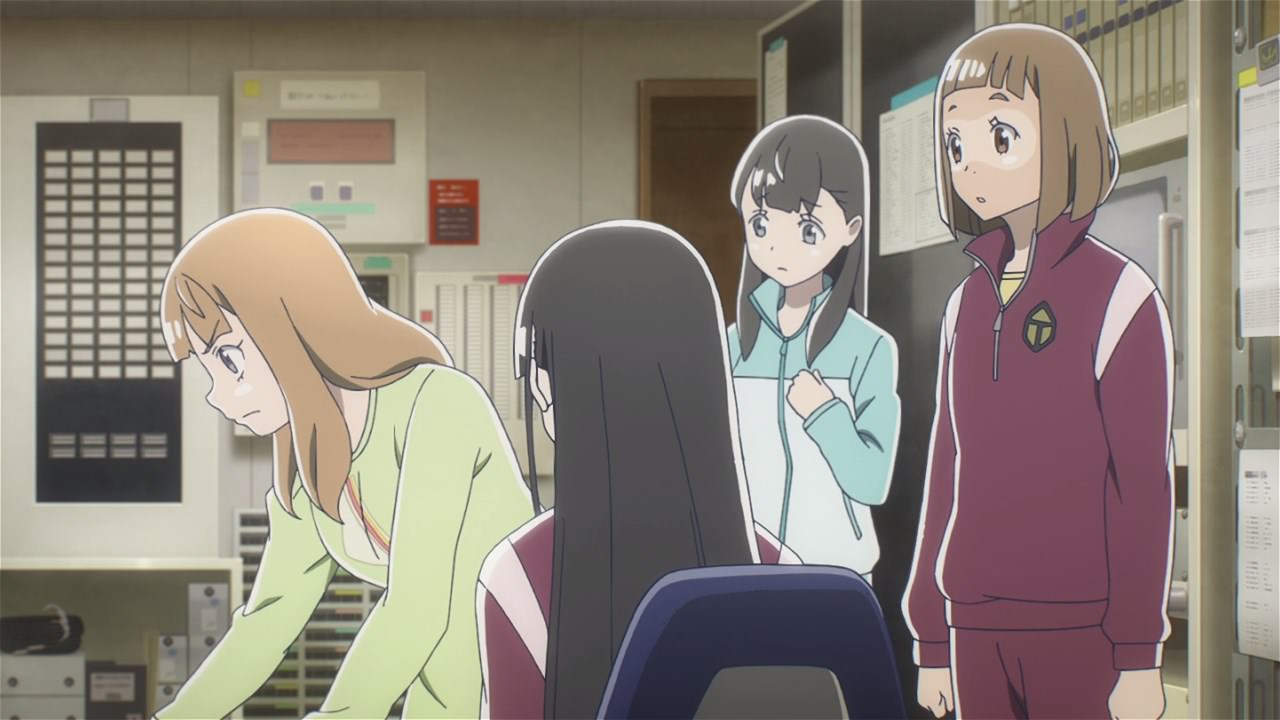 However, it seems that Shirase Kobuchizawa still wants to her Hinata Miyake out in regards to her past, ’cause keeping your secrets to your friends is stupid.

Anyways, Hinata told the abridged version of what happened during her time at the track and field club. 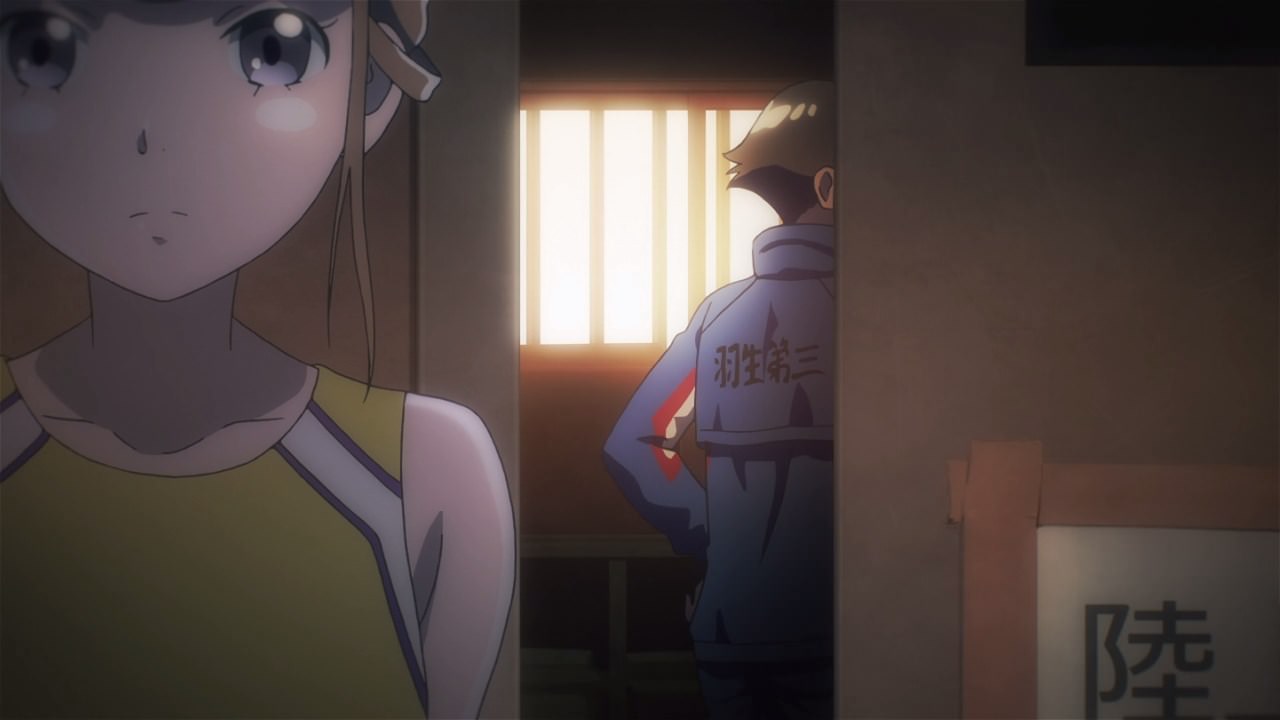 Basically, they singled Hinata out and spread bad rumors just to ruin her day. By the way, Hinata Miyake is a talented athlete and her senior club members are so jealous towards her.

So yeah, she got rubbed in the wrong way that Hinata Miyake quit school after this incident. Wait, so that means that she’s a college graduate was a lie? 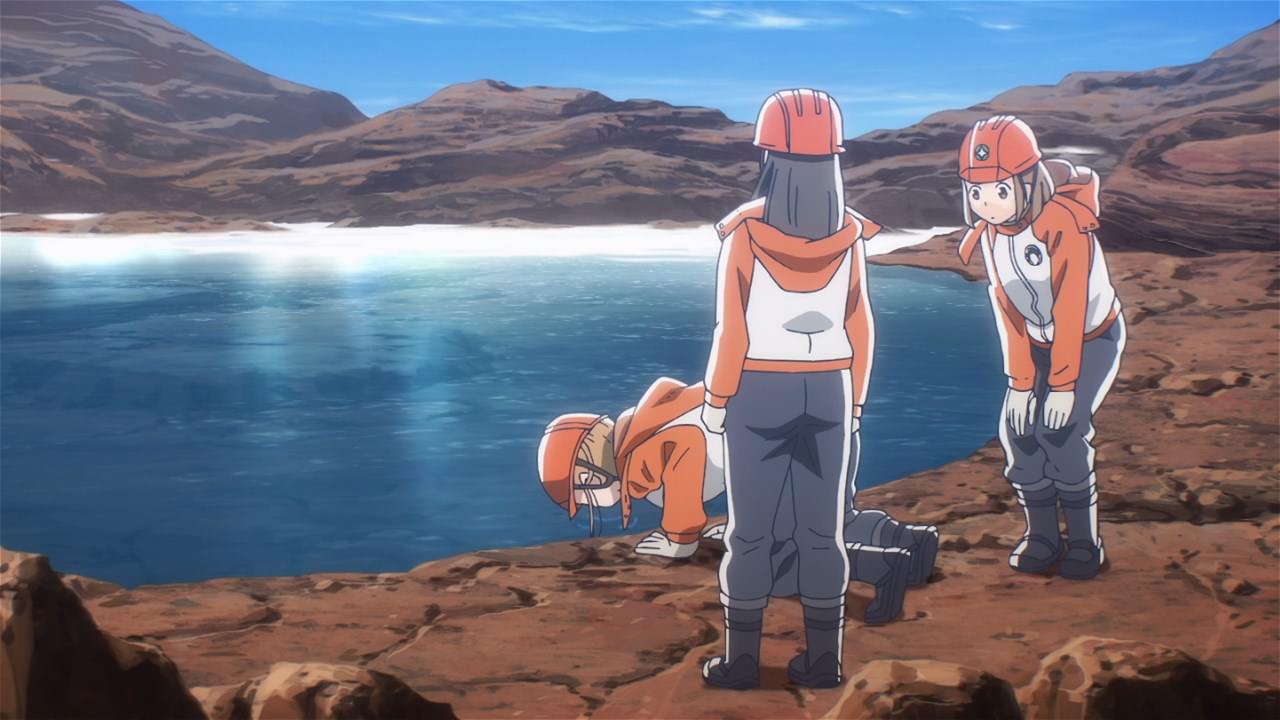 Now then, let’s move onto the Rundvågshetta region for a change of pace. I mean, the drama between Hinata Miyake and her friends during high school is so horrible that she wants to move on. 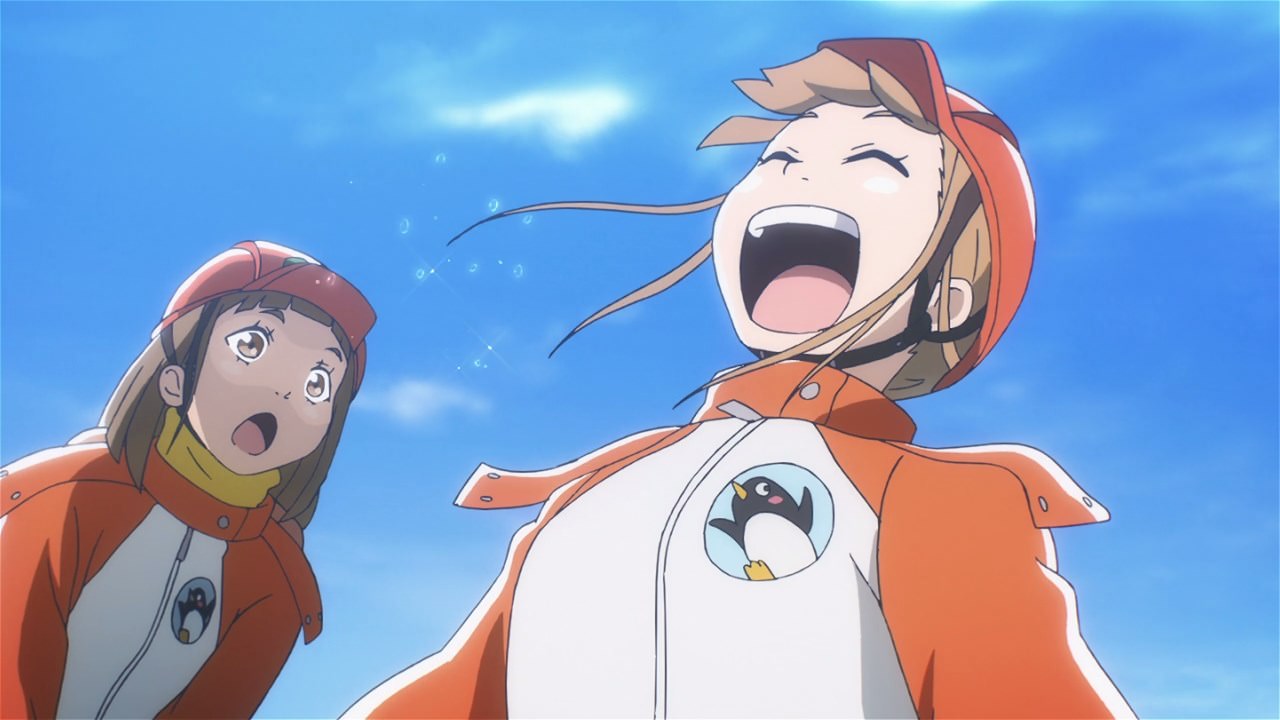 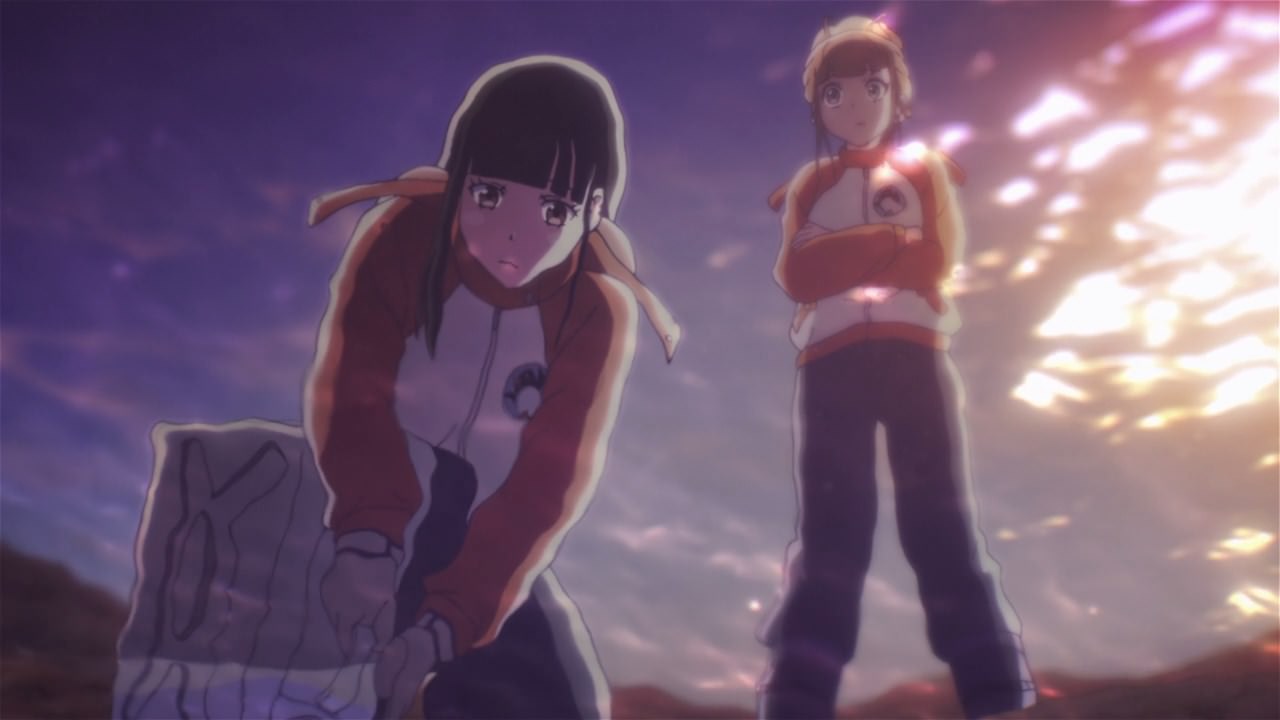 But, Shirase is so persistent that she want to help Hinata because deep inside, she’s still hurt over that bullying thing.

C’mon, being bullied during your lifetime and then call you a few years later as if nothing happened? You’ll feel dejected even if you put a smile on your face. 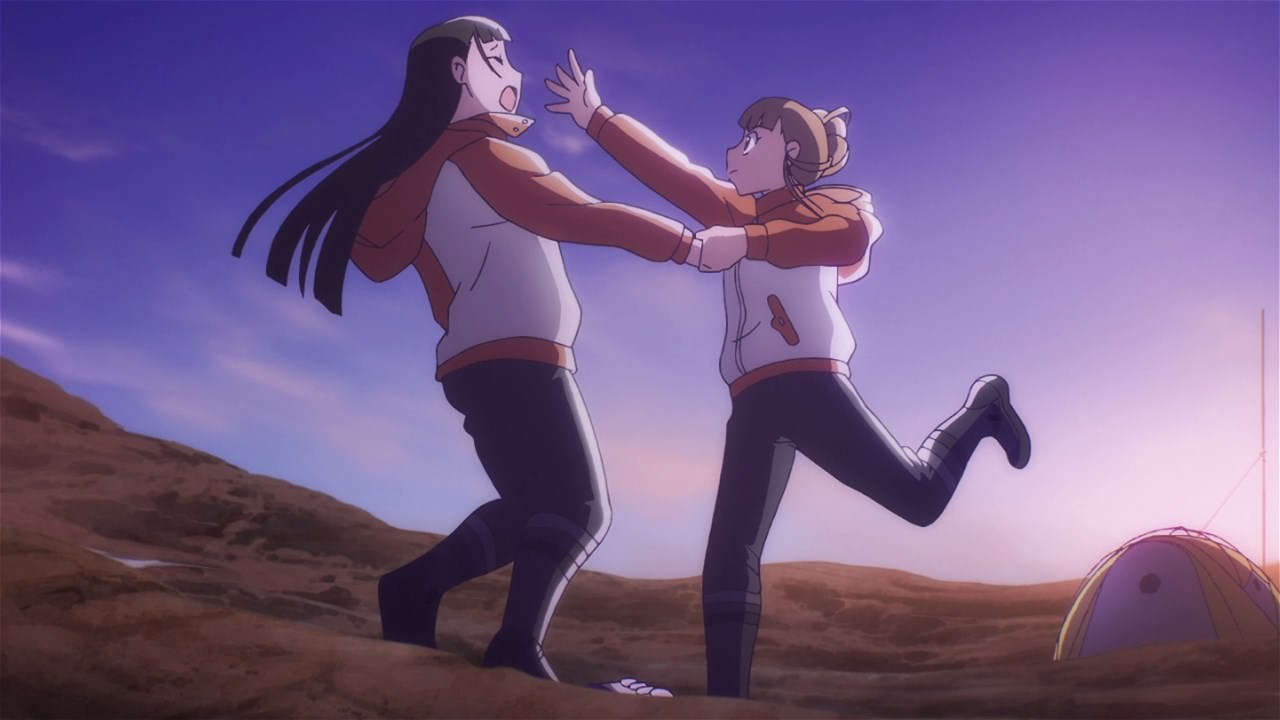 However, Hinata told Shirase to forget about it because what’s important is the present, which she’s satisfied right now because Hinata Miyake has the best buddies she ever had.

Well, I guess Shirase has no other choice but to leave Hinata’s past as it is. 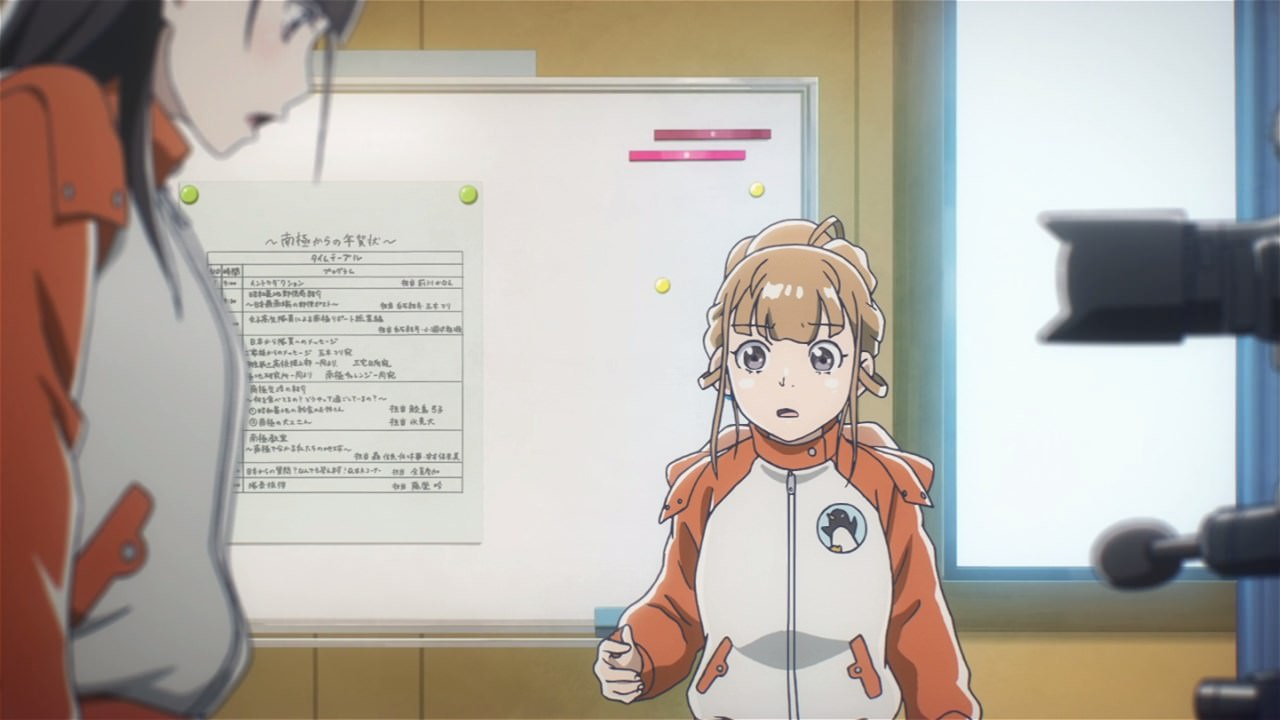 Yet despite of that, Shirase Kobuchizawa doesn’t give up that easily. So during the New Year teleconference, Shirase stepped in to lash at Hinata’s former friends. 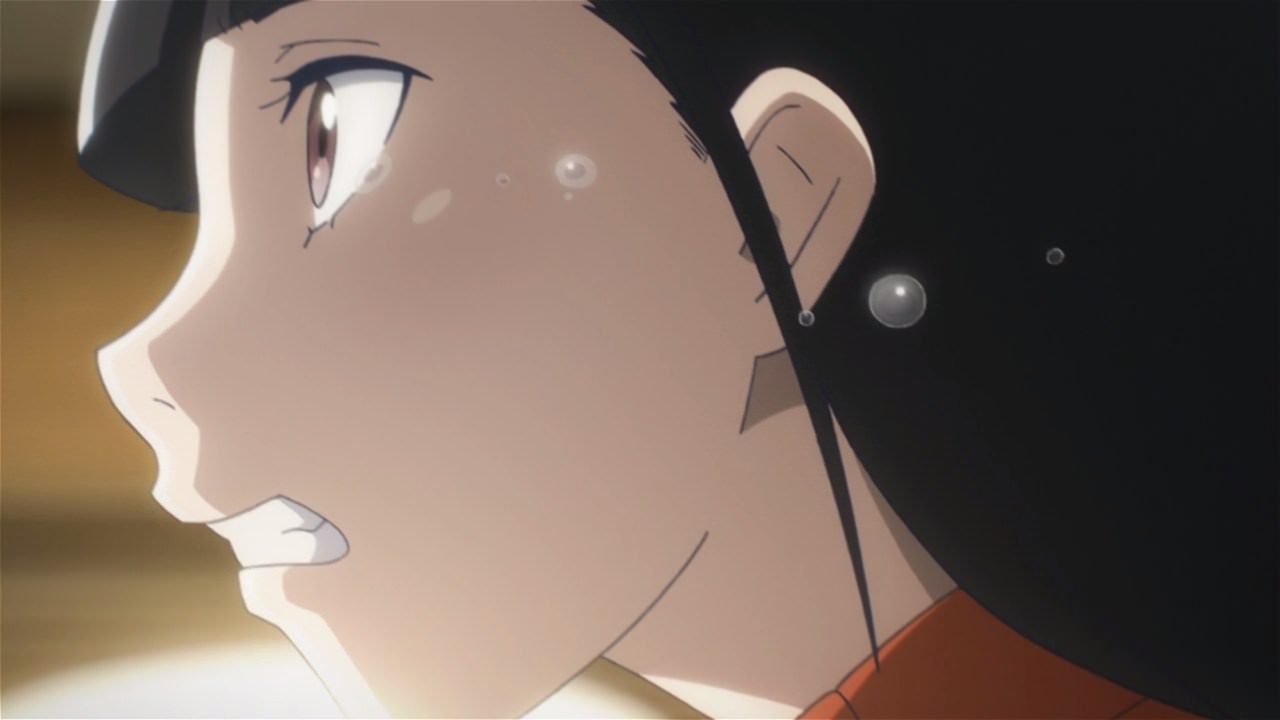 There, Shirase lashed out at Hinata’s track and field buddies for leaving her behind during those crucial times and living in a half-assed state.

Oh yeah, Shirase told them to piss off for hurting someone and leave Hinata Miyake alone because, she has some amazing friends that really cared for her. 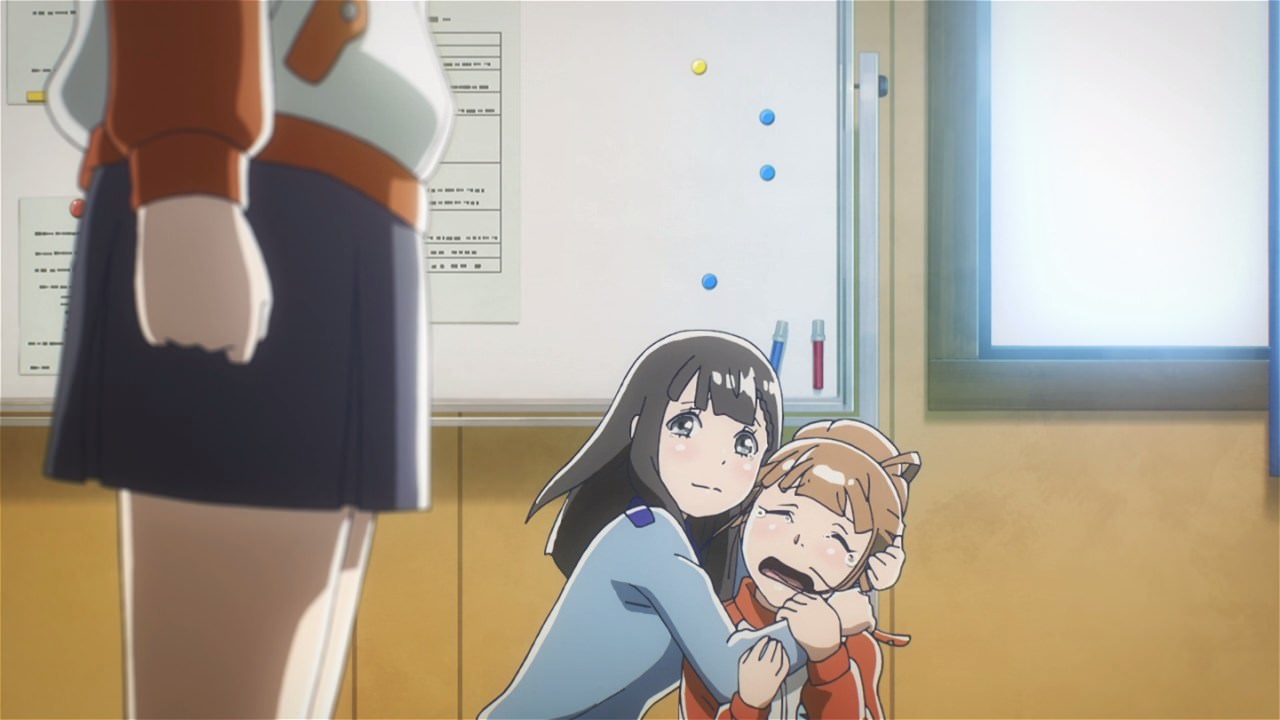 And as for Hinata, seems that she’s started crying because Shirase went to greater lengths to defend her. I must say that Hinata Miyake is lucky and grateful to have someone like Shirase Kobuchizawa, Mari Tamaki, and Yuzuki Shiraishi as her friends. They’re so tightly-knit that it makes me happy!

Now then, I’m glad that Hinata Miyake’s problems are resolved thanks to Shirase Kobuchizawa’s intervention. But now, the hardest part will arrive on the next episode as the Penguin Manju crew will venture out to the area where Takako Kobuchizawa disappeared. Man, let’s hope that nobody died there.