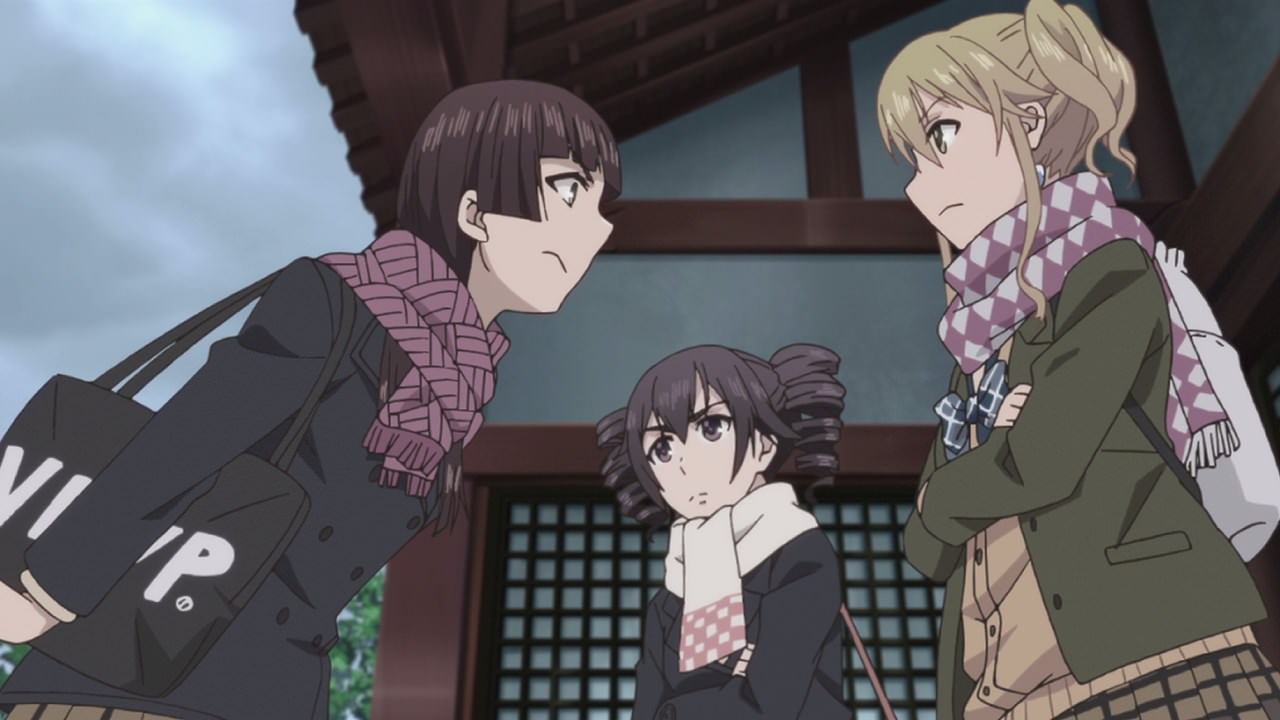 Well everyone, it’s the penultimate episode as Harumi Taniguchi scold both Yuzu Aihara and Himeko Momokino for taking too long at the shrine.

Hmm, are they praying that they want to be with Mei forever? Then again, Mei Aihara is too hard to get. 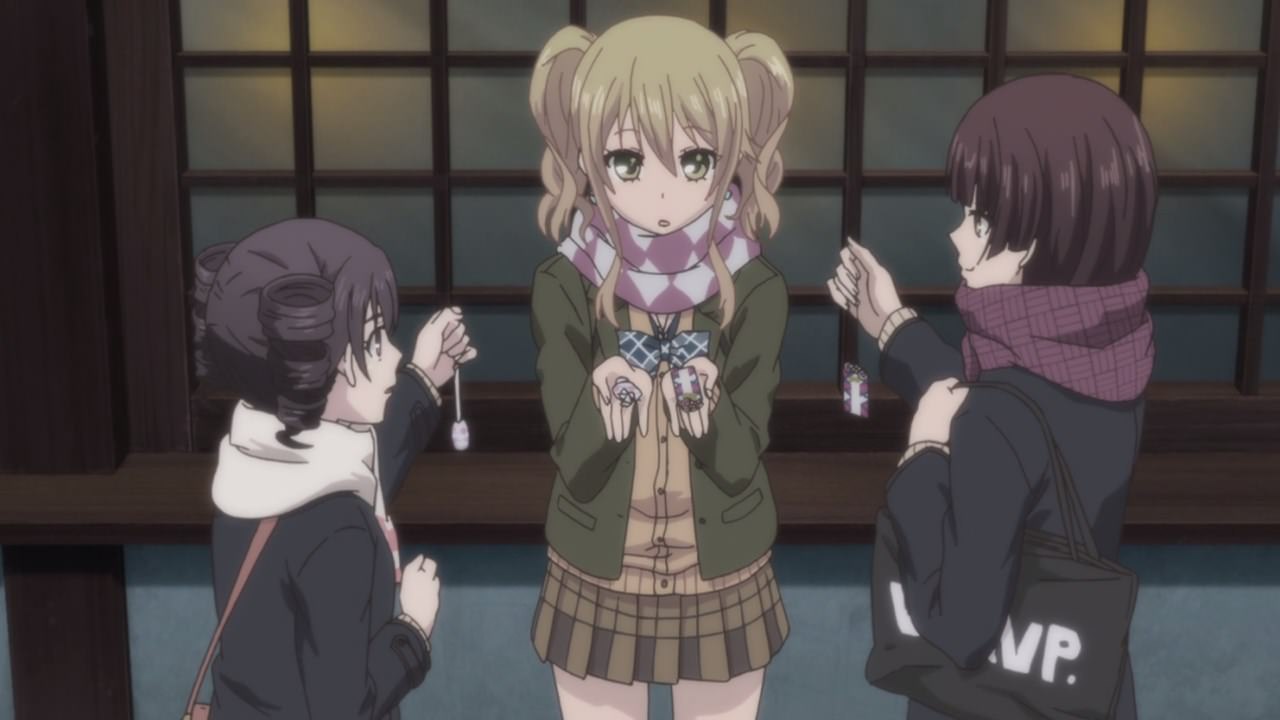 On the other hand, seems that Himeko and Harumin gave some lucky charms to Yuzu. While it makes sense for Harumi to support her friend, but Himeko helping Yuzu out was a surprise since she loves Mei. 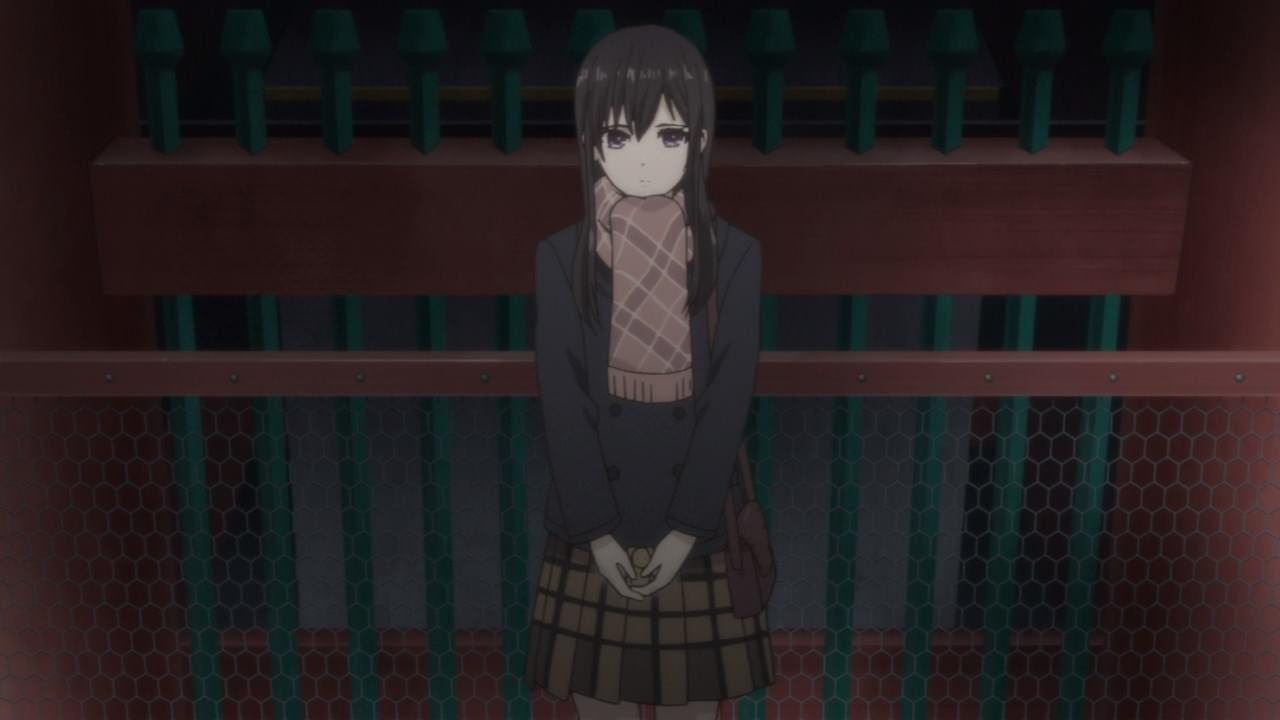 Meanwhile, here’s Mei Aihara where she’s waiting for someone. Hmm, could it be her step-sister Yuzu? 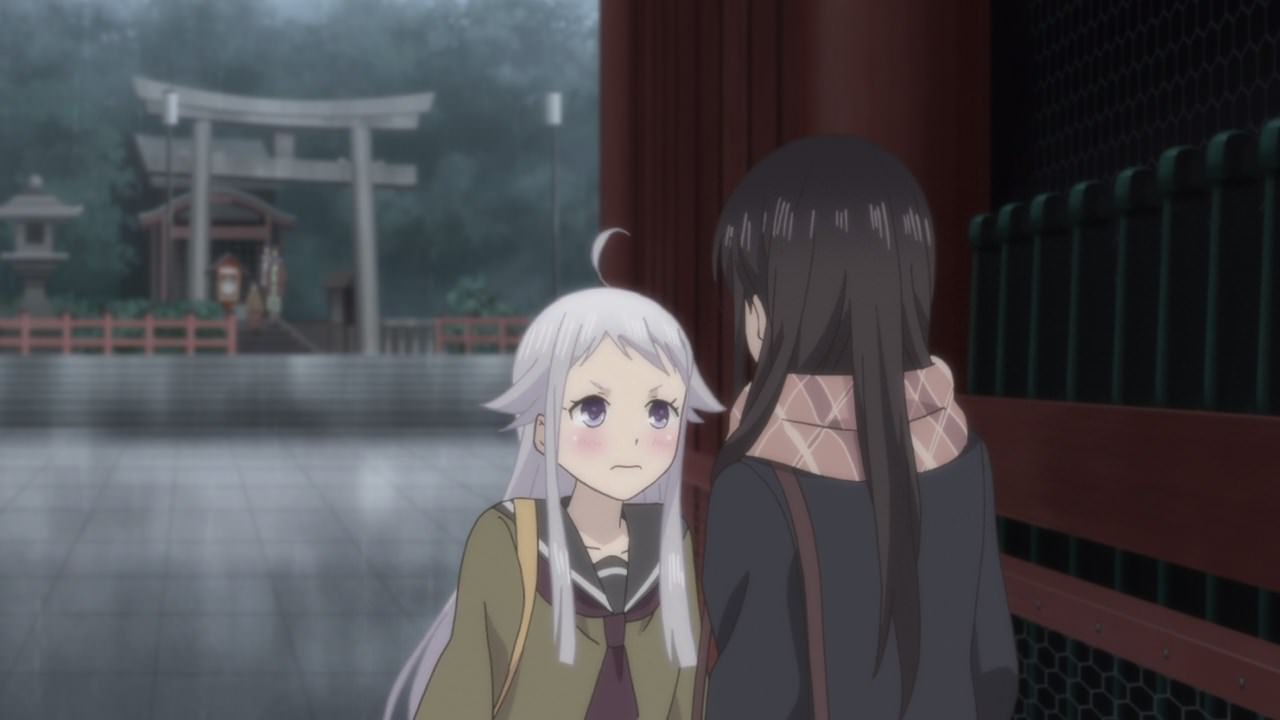 Nah, it turns out to be Sara Tachibana where she decides to confess towards Mei, which she agreed to be her girlfriend.

Woah, that was fast and I have a feeling that it’s gonna be ugly when Yuzu found out that her friend she just met in the previous episode is actually Mei’s new girlfriend. 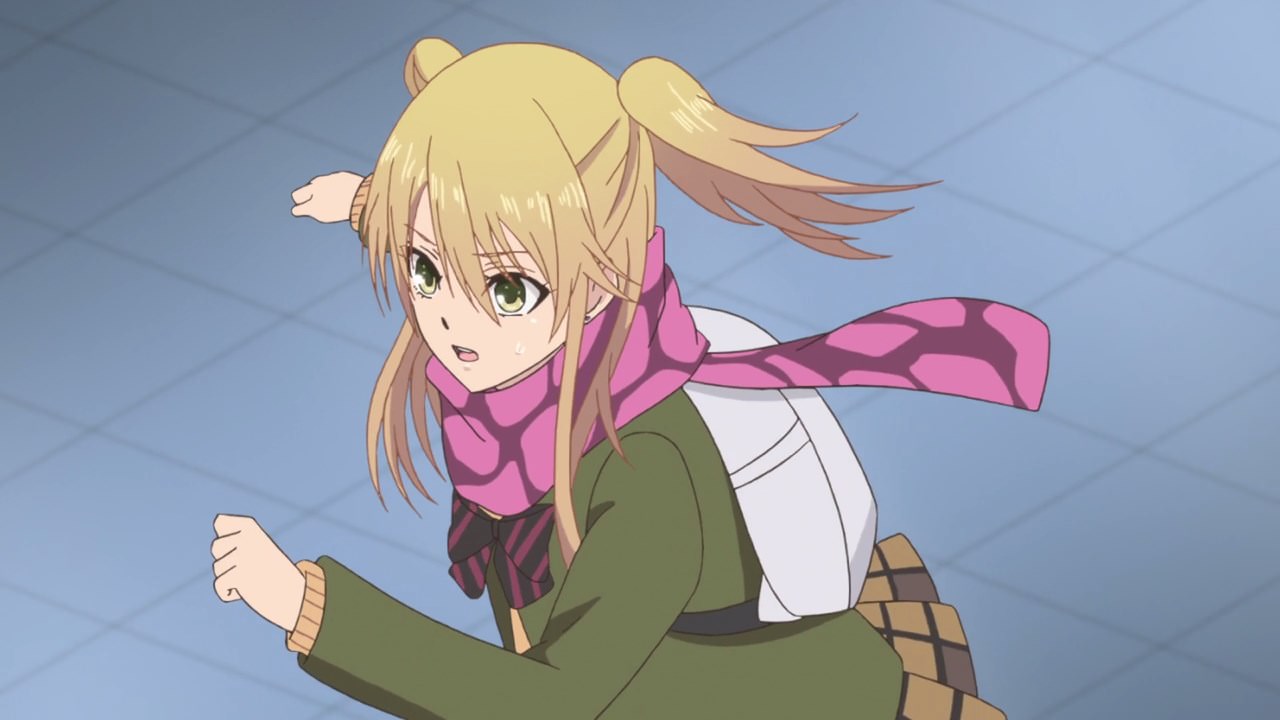 Speaking of Yuzu Aihara, she decides to make amends with Mei on the next day of their school trip as she went to Kyoto Station… 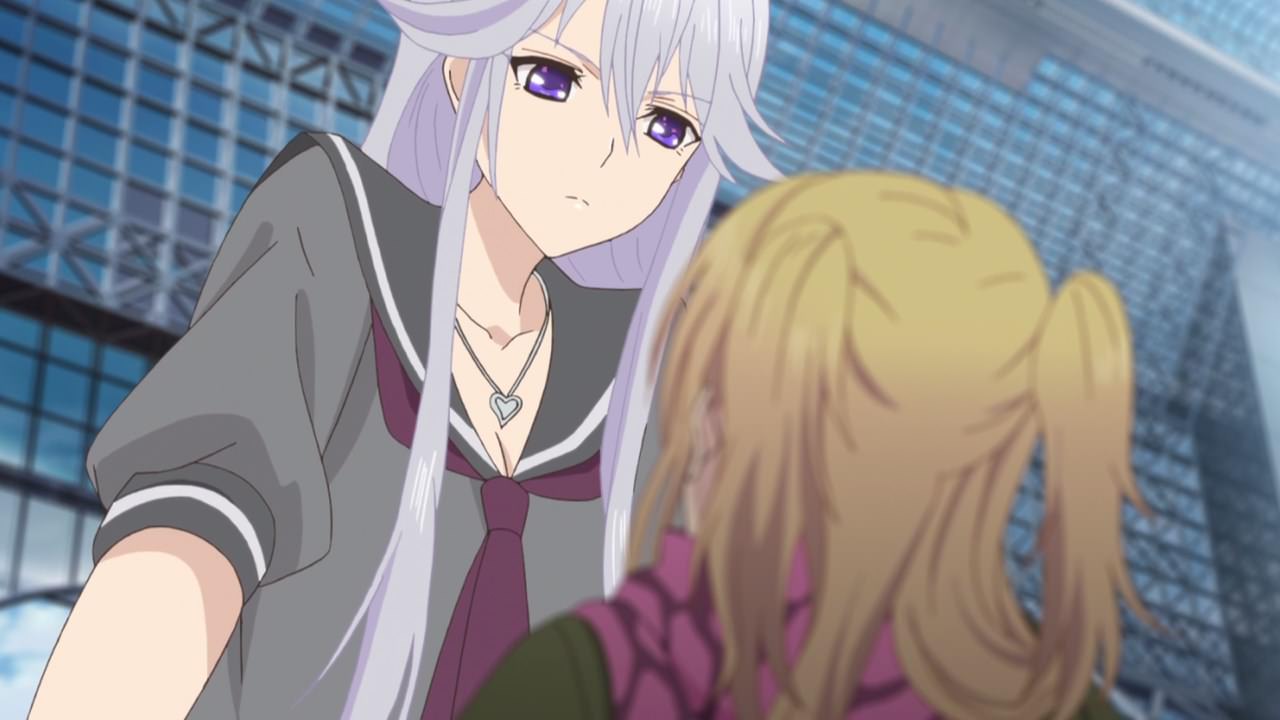 …only to be stopped by Nina Tachibana, who told Yuzu that Mei is spending time with her sister Sara. Wait, so she’s just manipulating everything for her sister’s happiness at the cost of everyone?

Oh boy, looks like it’s gonna be a dramatic finale next week as Yuzu tries to get past Nina and take her step-sister back without hurting Sara.