Darling in the FranXX Episode #10 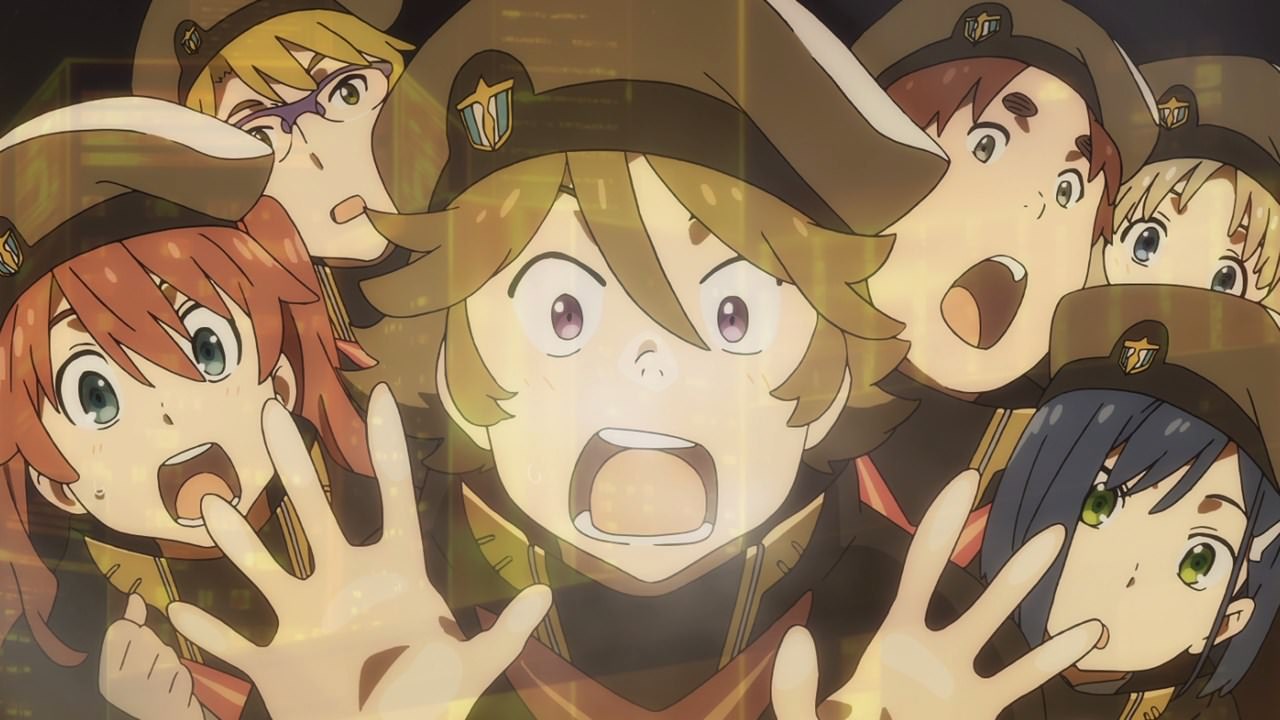 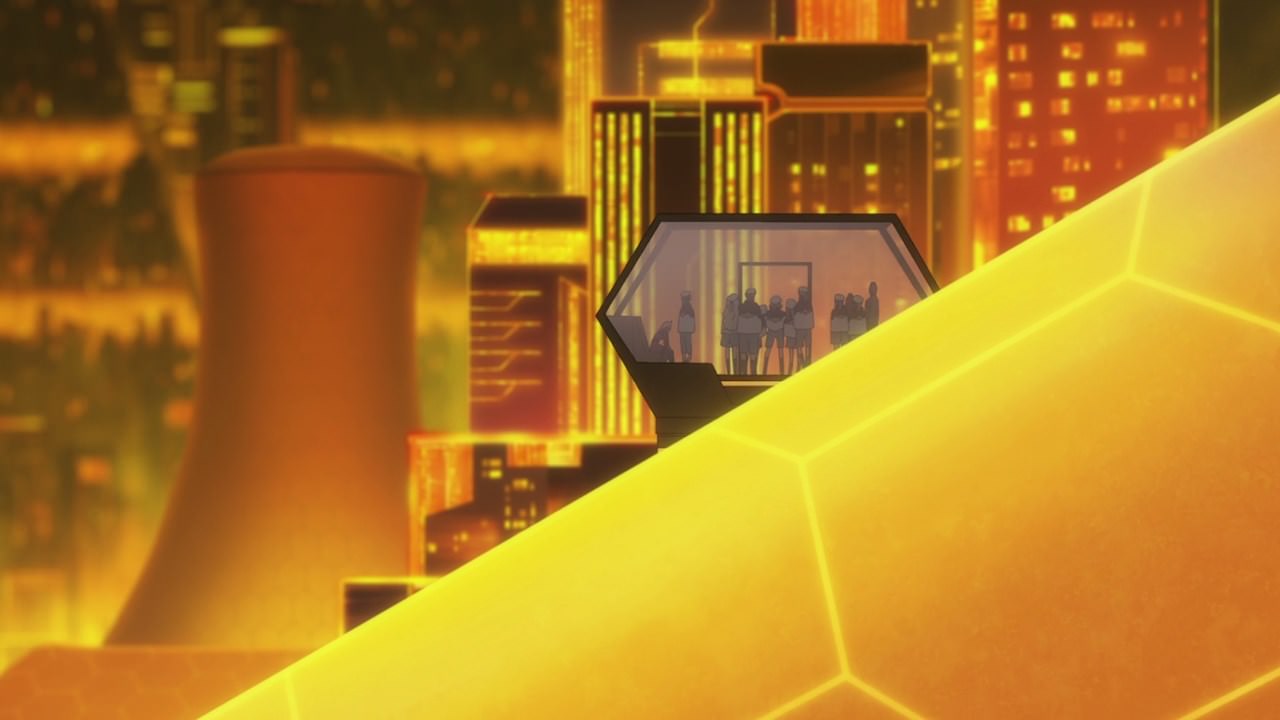 On this episode, Plantation 13’s FranXX team are here at the inner city to receive their awards for their bravest efforts, because Papa and his council wanted to recognize the parasites for protecting the plantation instead of letting them die. 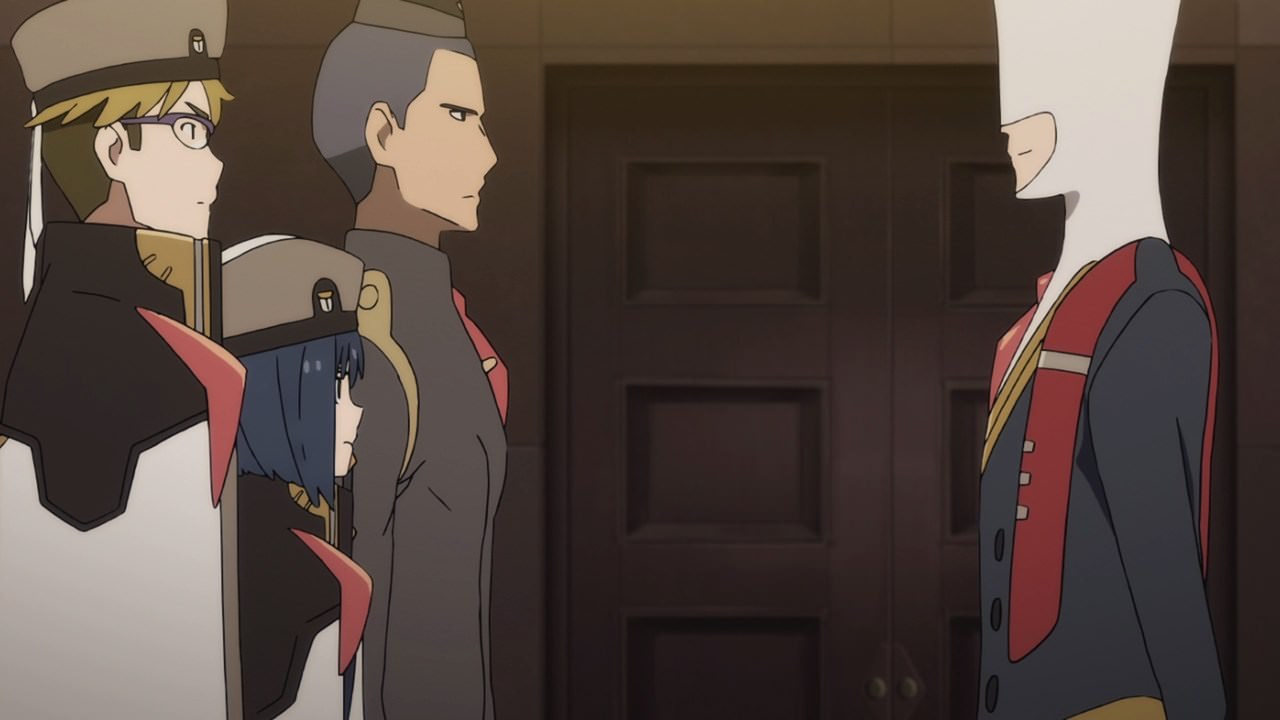 But anyways, they’re here at the parliament where Code:015 “Ichigo” and the rest will receive their medals. I mean, they really deserve it after all! 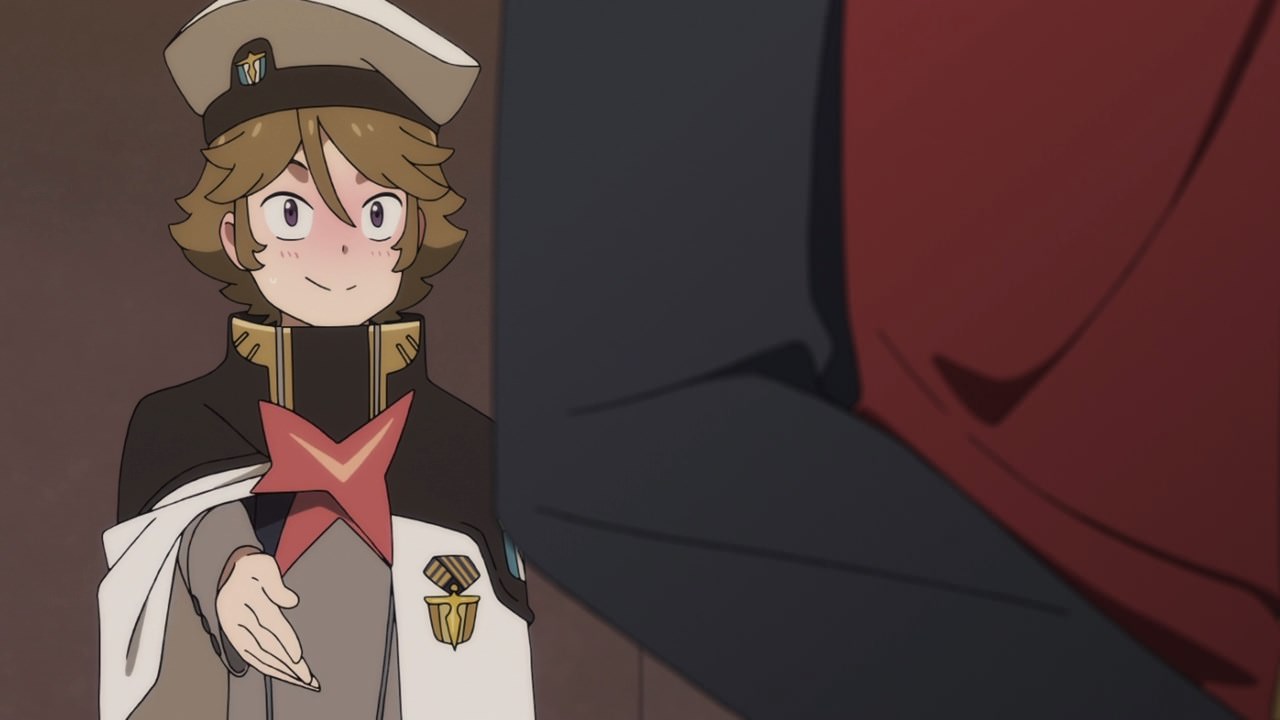 On the other hand, here’s Code:666 “Zorome” as he wants to shake hands with an adult. Well, Zorome felt grateful that he did his best to protect the adults. 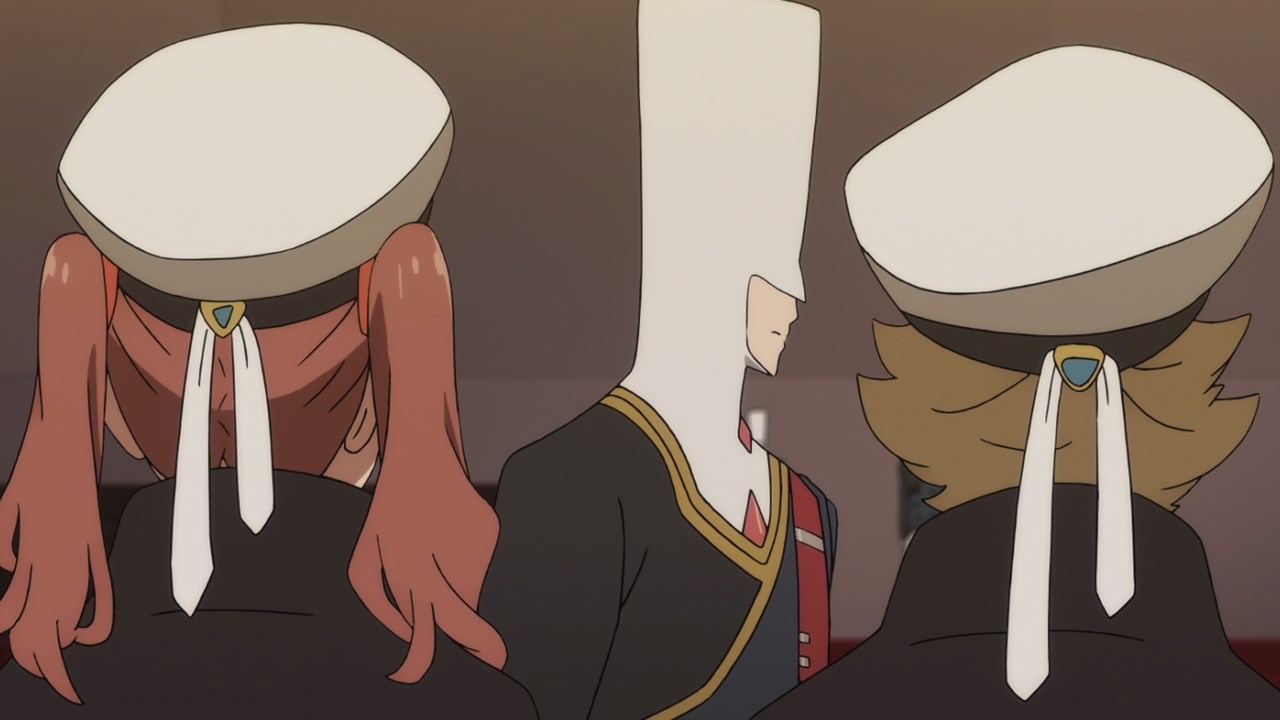 And yet, it seems that the adults don’t like to touch him or even the kids despite rewarding them.

Really, these adults are cruel when it comes to treating parasites, even after risking their damn lives to protect them! 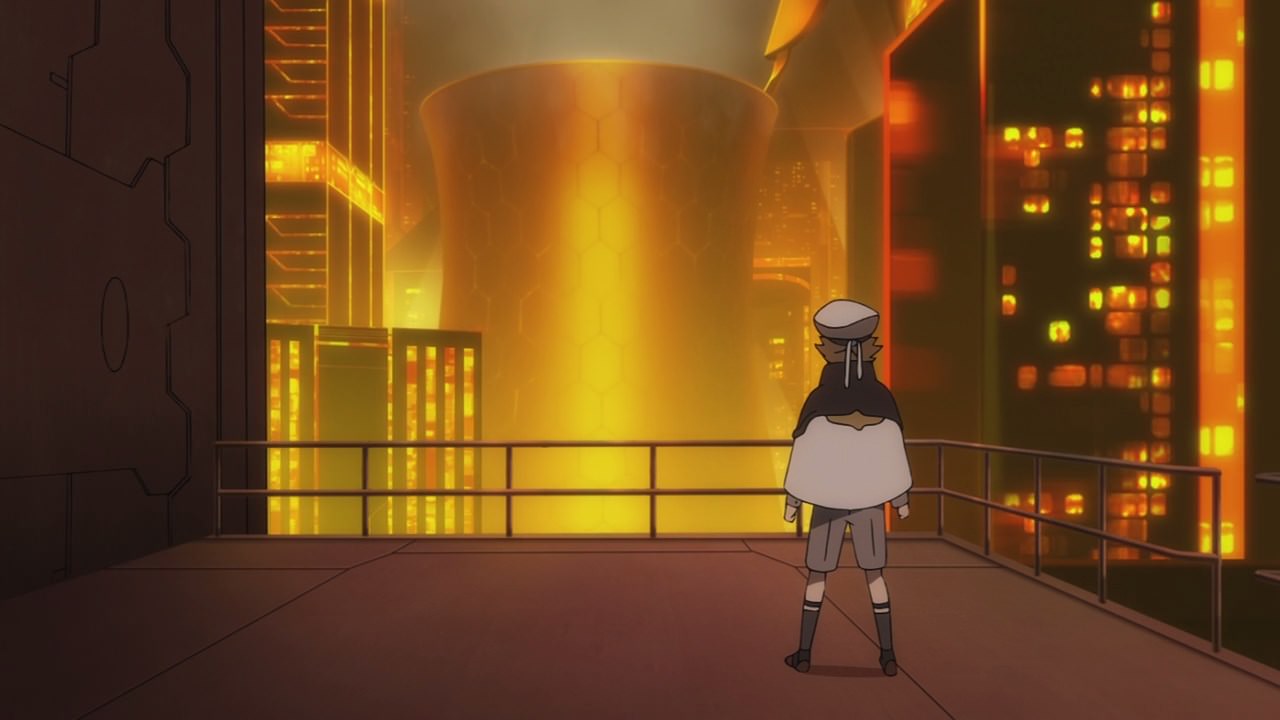 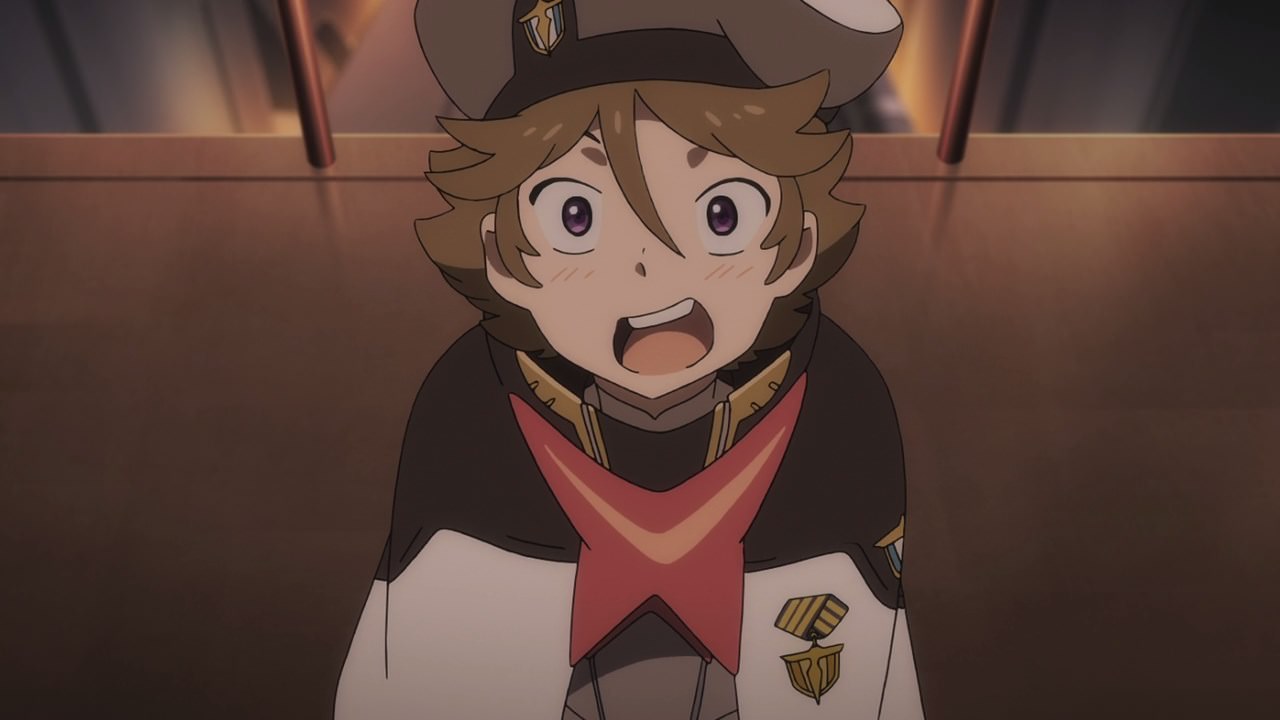 But let’s go back to Code:666 “Zorome” as he’s separated from the squad so that Zorome can explore the entire city and its “interesting” parts like this reactor over there.

Even though Zorome is excited to explore the inner city, let’s just say that it’s not worth going there as Code:002 “Zero-Two” explained how lifeless the inner city is. 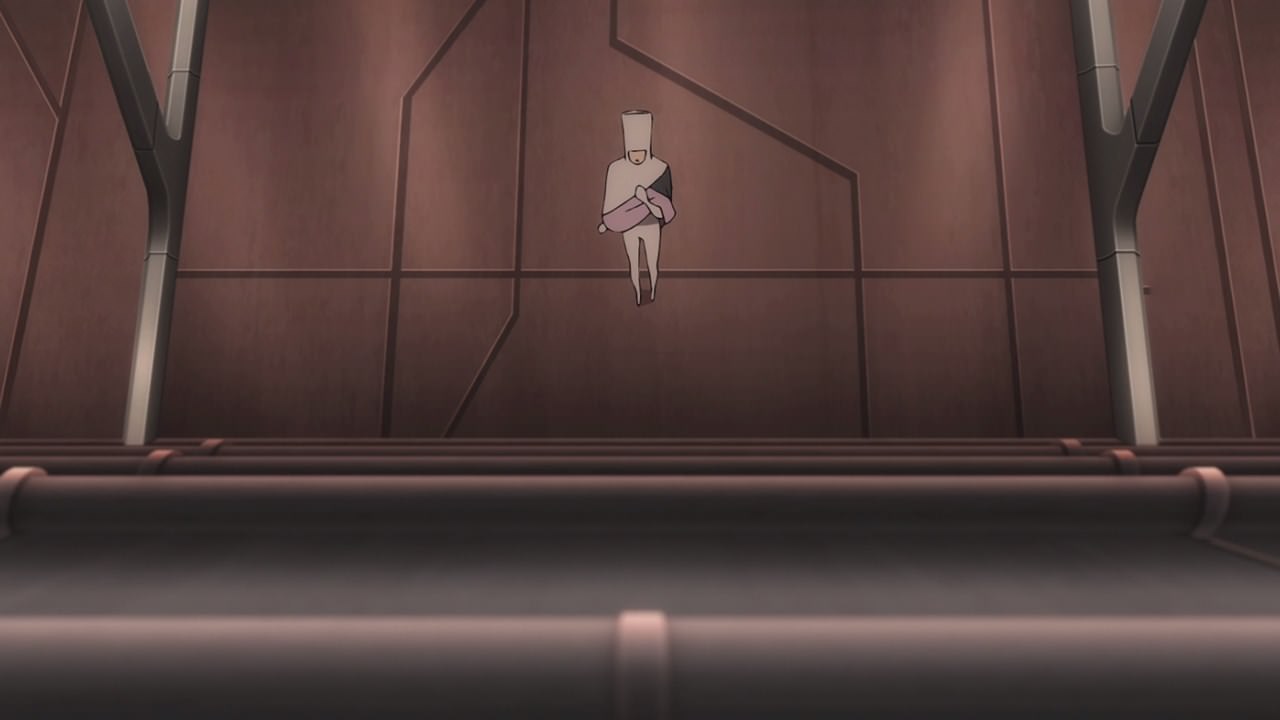 Now then, it appears that Code:666 “Zorome” spotted an adult down there and tries to meet up with this person safely. 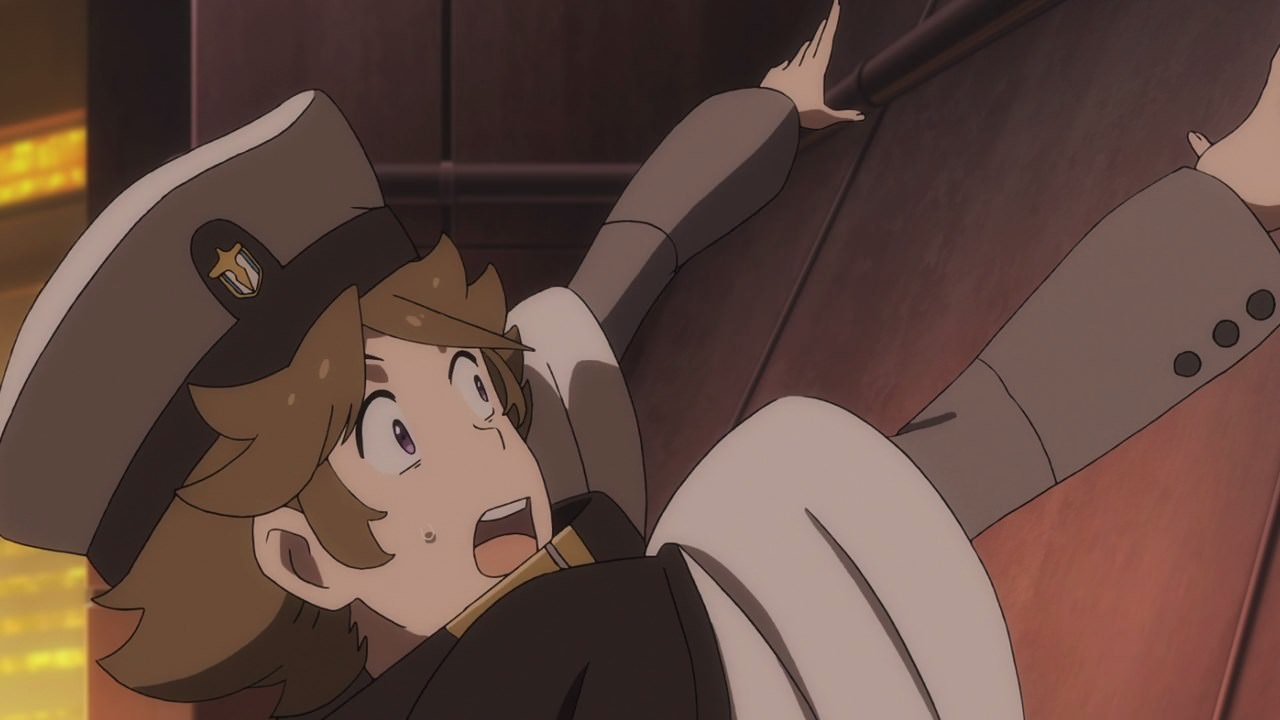 Unfortunately, Zorome lost his grip and fell down to the ground. Ugh, I have a bad feeling that he might die inside the inner city instead of the battlefield. 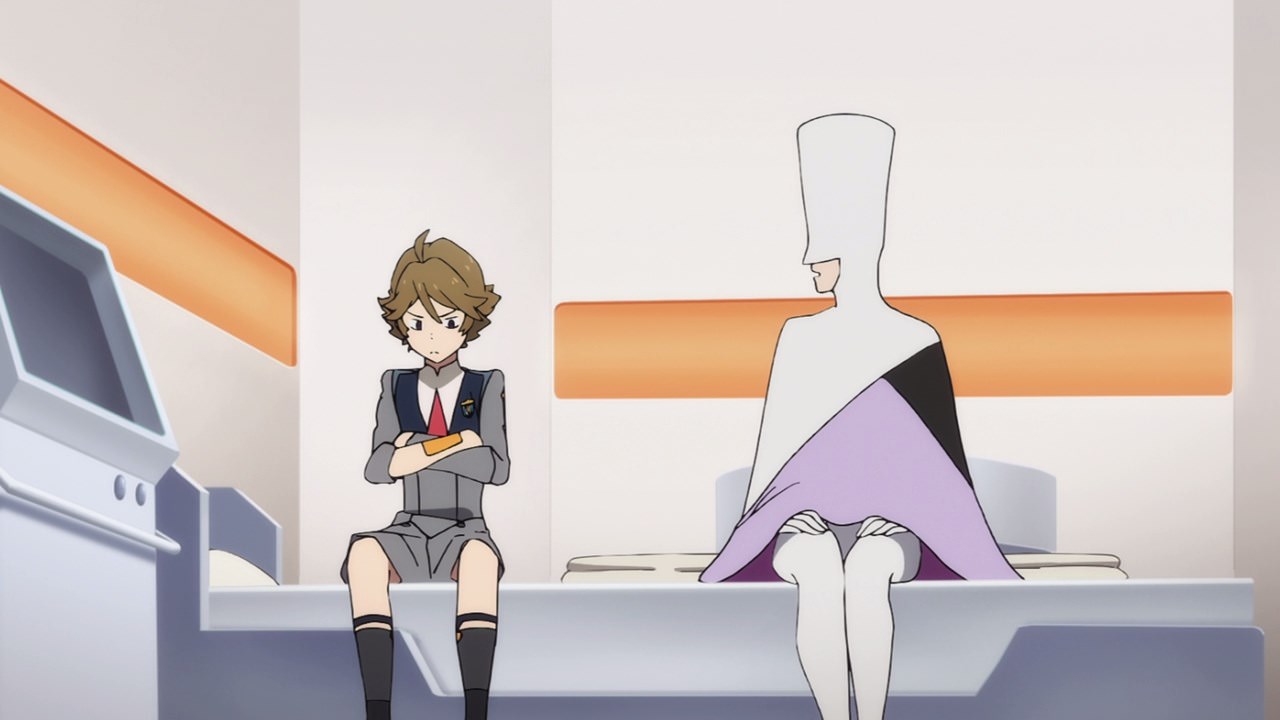 Luckily, Zorome is alive as he was treated by this adult. Yes, it’s rare to see someone from the city interacting a parasite whereas most of them will simply just ignore them. Do these kids have germs or something? 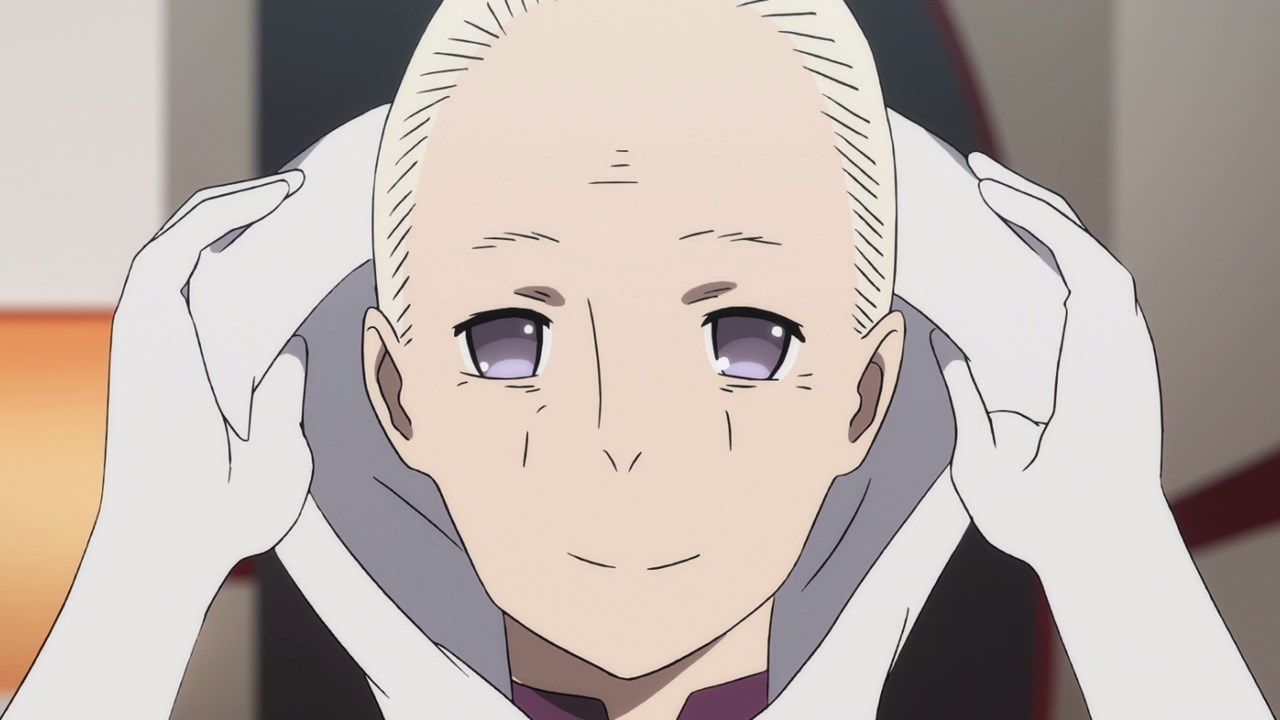 Speaking of the adult, it seems that she showed her face to Zorome. Man, I wonder what happened to her as she looked so old. I bet that this lady has a frail body. 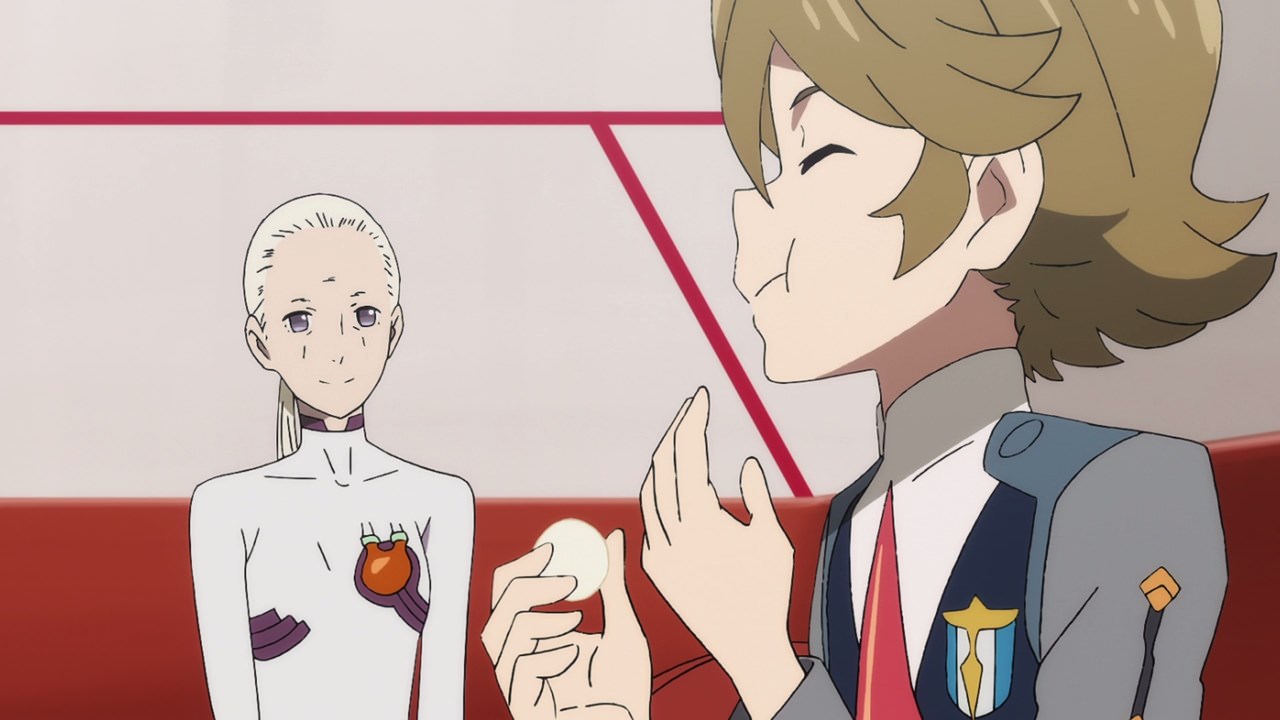 Regardless, this lady welcomed Zorome as her first guest in a very long time, serving him up with tea and rice cakes.

Oh yeah, it turns out that this lady has a live-in partner which Zorome is curious to see it. 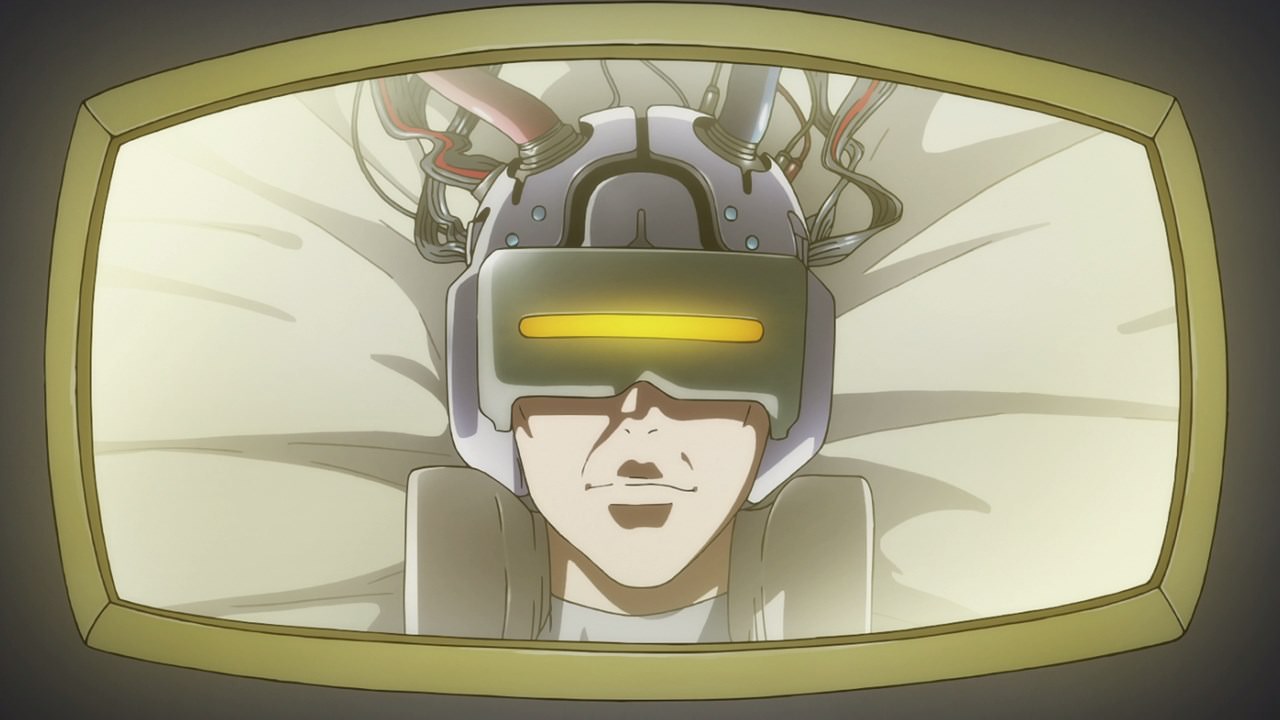 And it turns out that her partner is inside the capsule and his brain is hooked up to a computer, whose sole purpose is to grant him some sense of gratitude and happiness.

Ugh, I can’t believe that adults will have a miserable life inside the city. 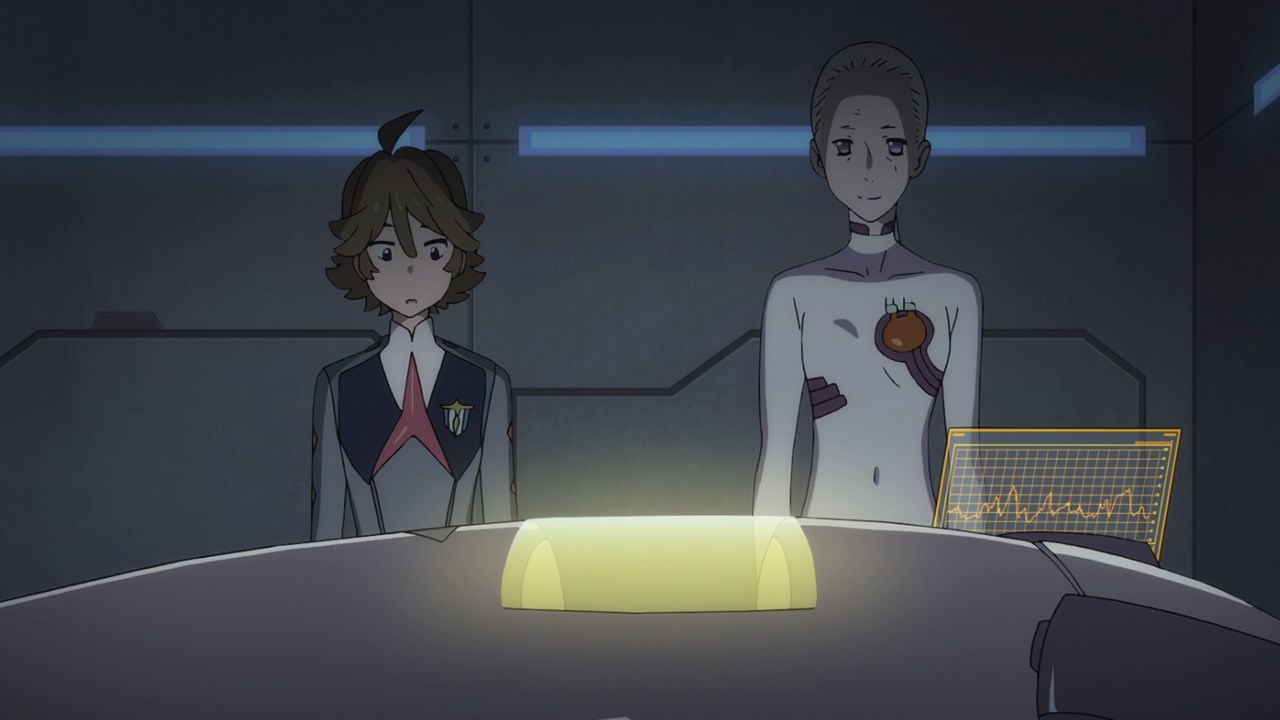 Speaking of the adults, they’re just here to propagate so that the kids will just die protecting them. Of course, they can’t do it right now because this gentlemen is strapped to a computer and the lady doesn’t know when she had sex with her partner, let alone remembering his voice.

Oh and the worst of all? Even if they managed to survive and settle down in this city, their life will be miserable as their bodies become weaker and they’ll lose their senses. It’s no wonder Zero-Two call this city lifeless. 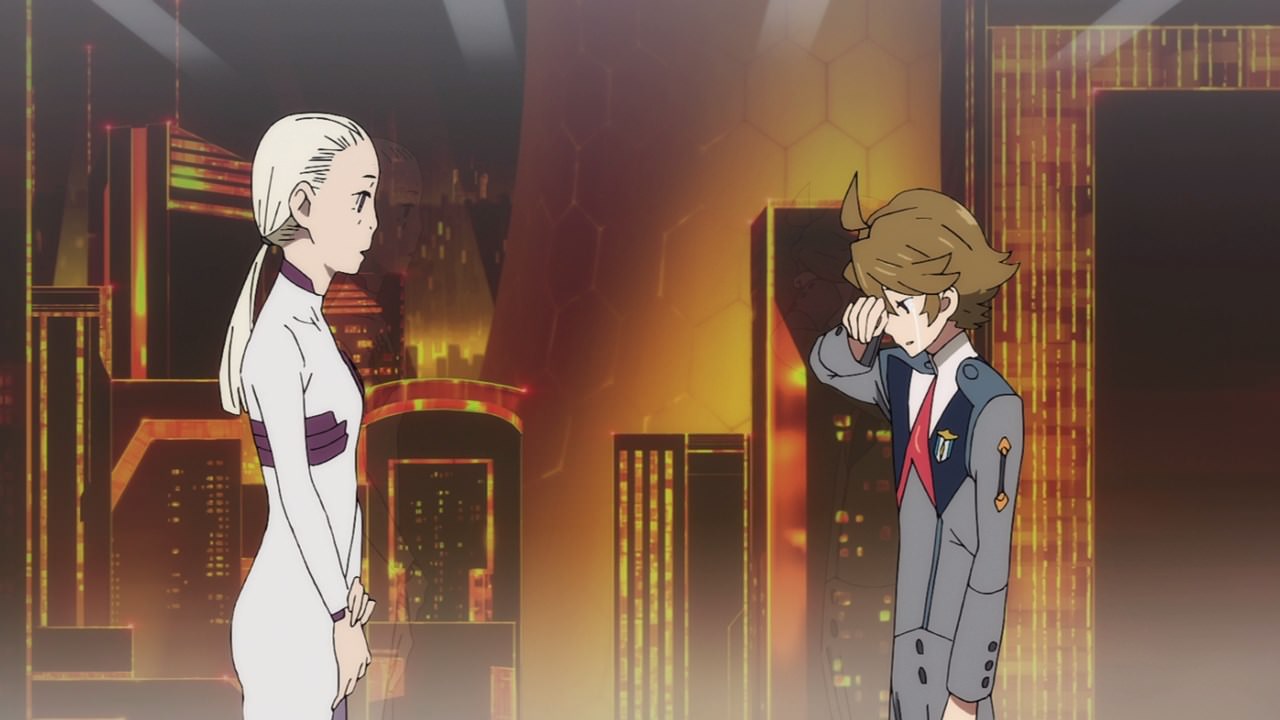 And one more thing, it appears that Code:666 “Zorome” met this lady before as if she’s actually Zorome’s mother.

Of course, he’ll forget about it once he returned to the surface but even so, it’s sad that Zorome won’t experience the joy of meeting his real parents after so many years. In any case, Zorome might be happy with his current life as a FranXX pilot, but I’m worried about his future.

Anyways, I’m glad that this episode shed some life inside the city and it’s great to see Code:666 “Zorome” getting some attention whereas he’s a noisy brat in the earlier episodes. Still, Zorome’s personality changed a bit but his future together with his fellow parasites is quite bleak. With that said, I’ll see you next time!

1 Response to Darling in the FranXX Episode #10