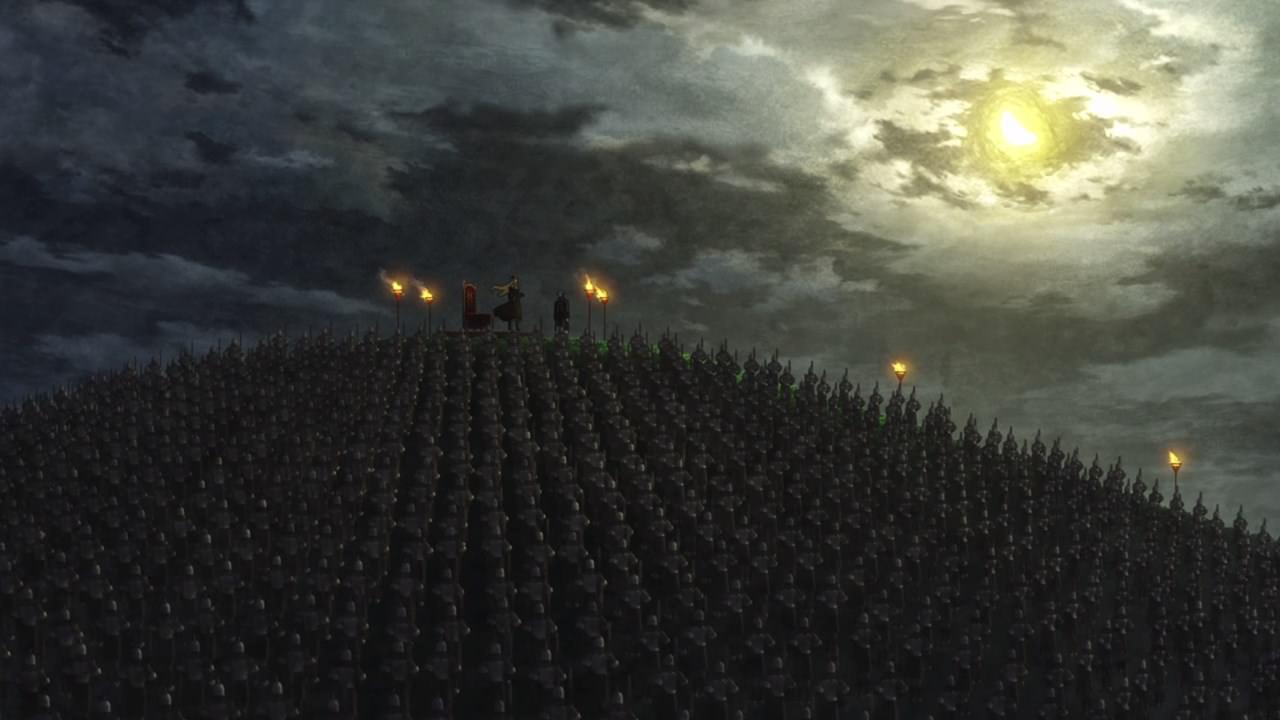 The time is of the essence on this week’s episode as Marrine Kreische and her Valdrind Knights have arrived near Castle Unicorn, Villar Constance’s magnificent fort fit for the Lustful Earl of Altirk.

On the other hand, Milza Kuces and his Dartagnian forces have successfully landed on the shores of Altirk and joined the Valdrind Knights. Of course, that leaves Marrine Kreische without any naval power at her disposal, but it seems that she has one… 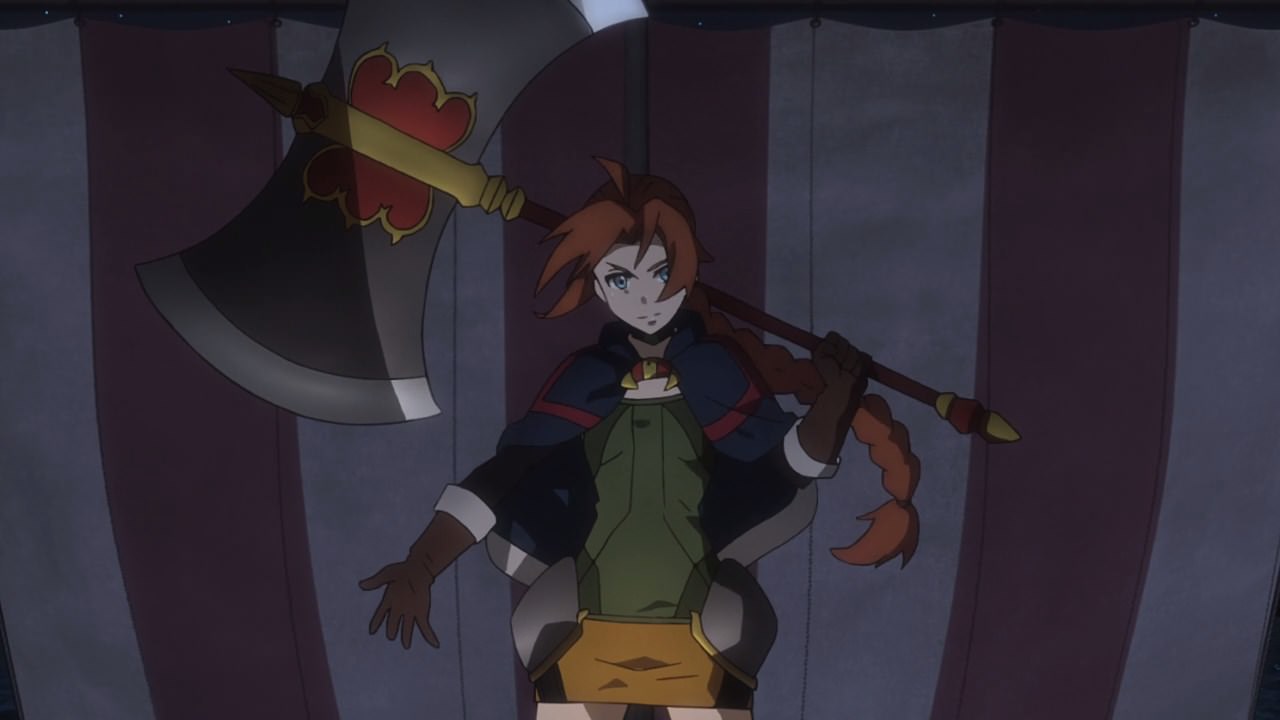 In fact, Marrine got help from Lady Ulrica as she and the Nordic Fleet have arrived to tackle Queen Edokia of Haman and her naval fleet, which includes the Palace of the Sea. 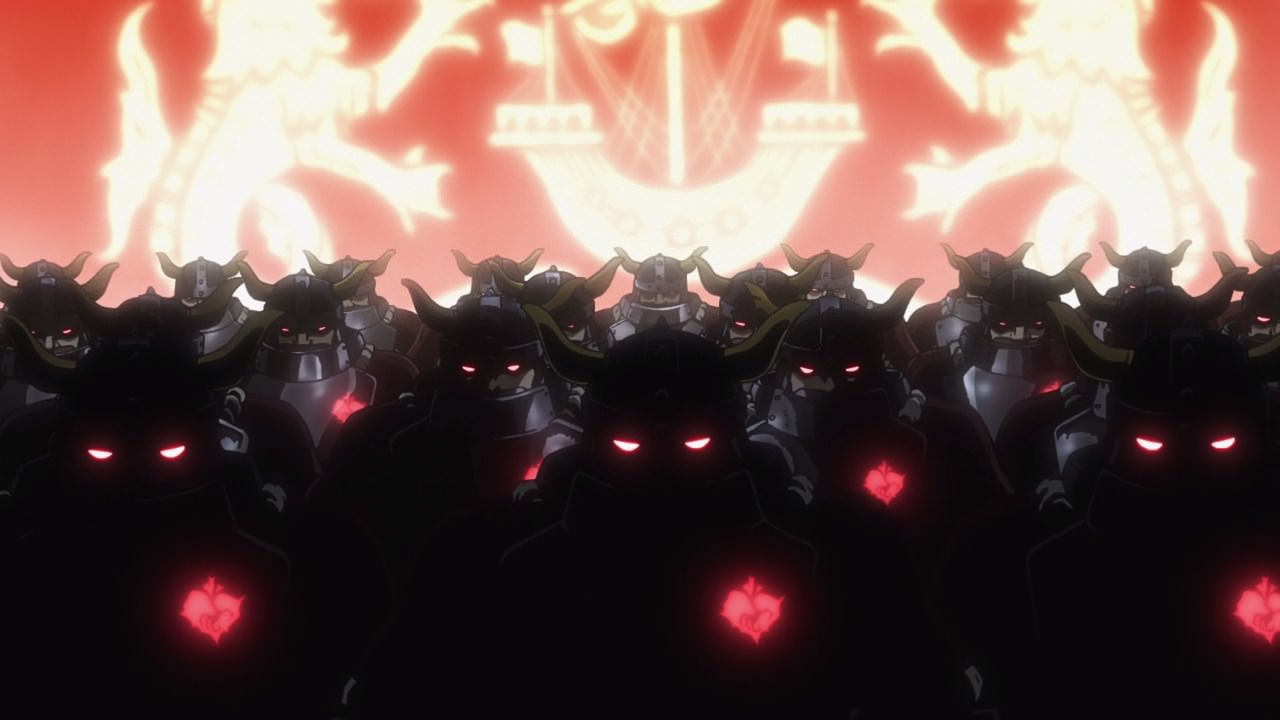 And speaking of Lady Ulrica’s Nordic Fleet, it has an army of vikings that are formidable and almost indestructible. So once they raided your ship, you’re pretty much doomed! 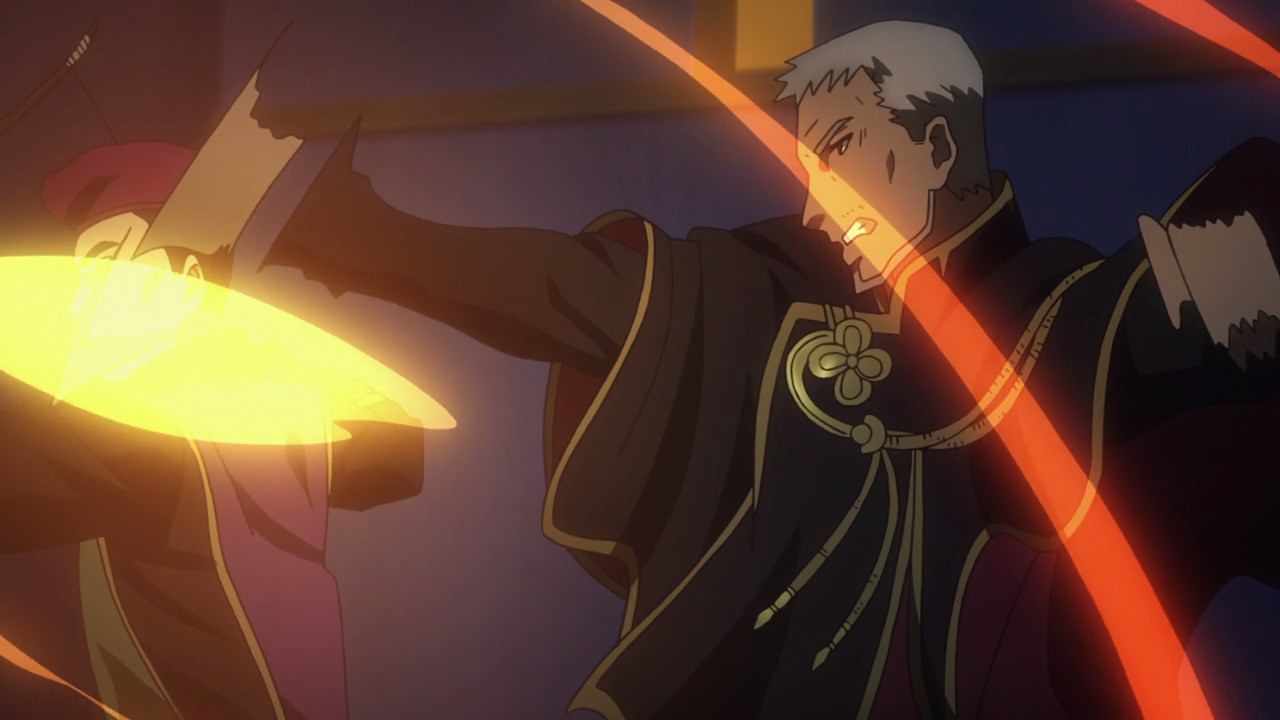 Of course, the arrival of the Nordic Fleet doesn’t mean that Lady Edokia’s fleet will be completely decimated as they really put up a fight there.

As you can see, Edokia’s contracted mage is no slouch when it comes to dealing with a hundred vikings and a few ships. 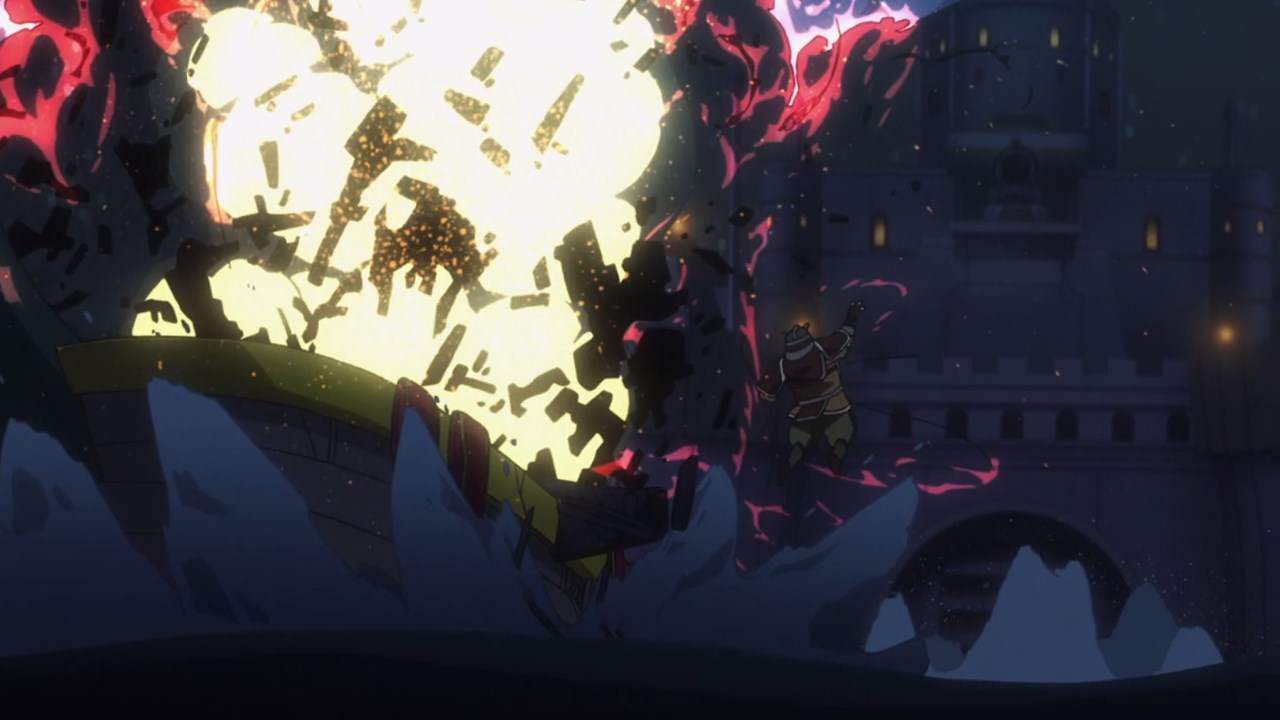 All he needs to do is to cast some whirlpools and fire blasts to keep them at bay. Well, at least Edokia’s fleet can put up a fight despite being overwhelmed by the Nordic Fleet. 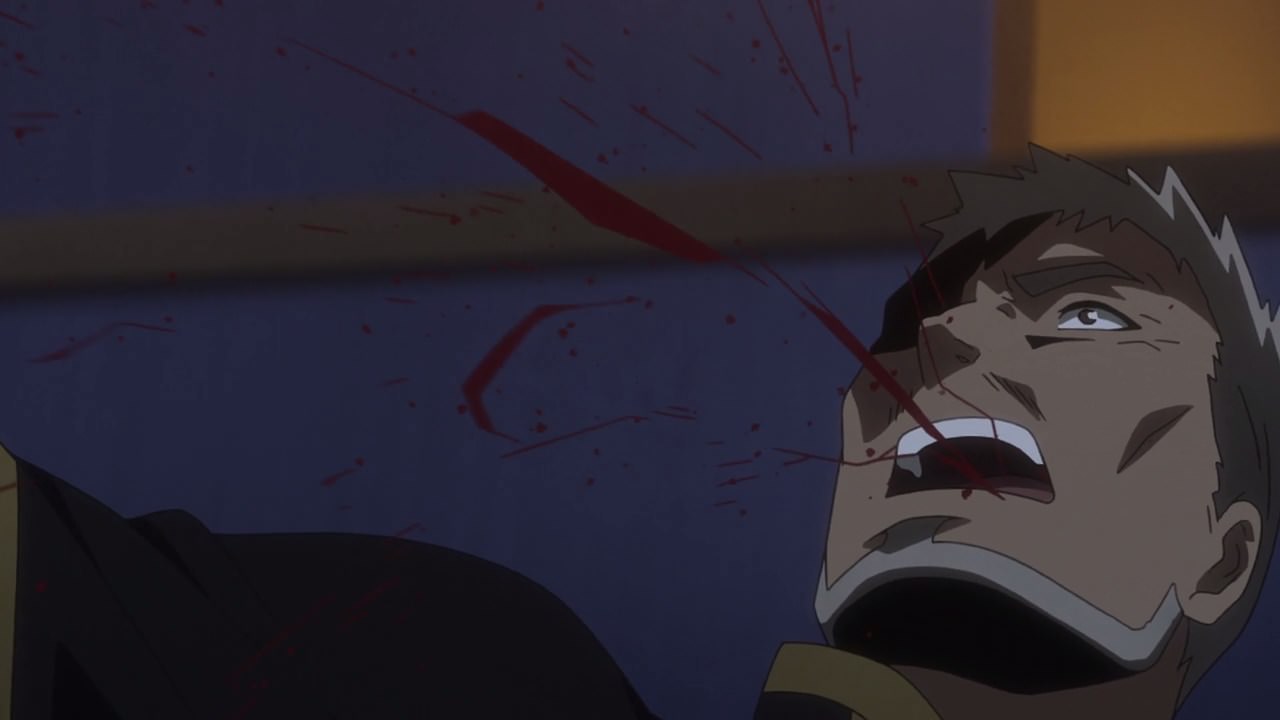 Unfortunately, their luck has ran out where Edokia’s contracted mage got killed by a random viking with an axe on his chest. Seriously, I think he should wear some armor. 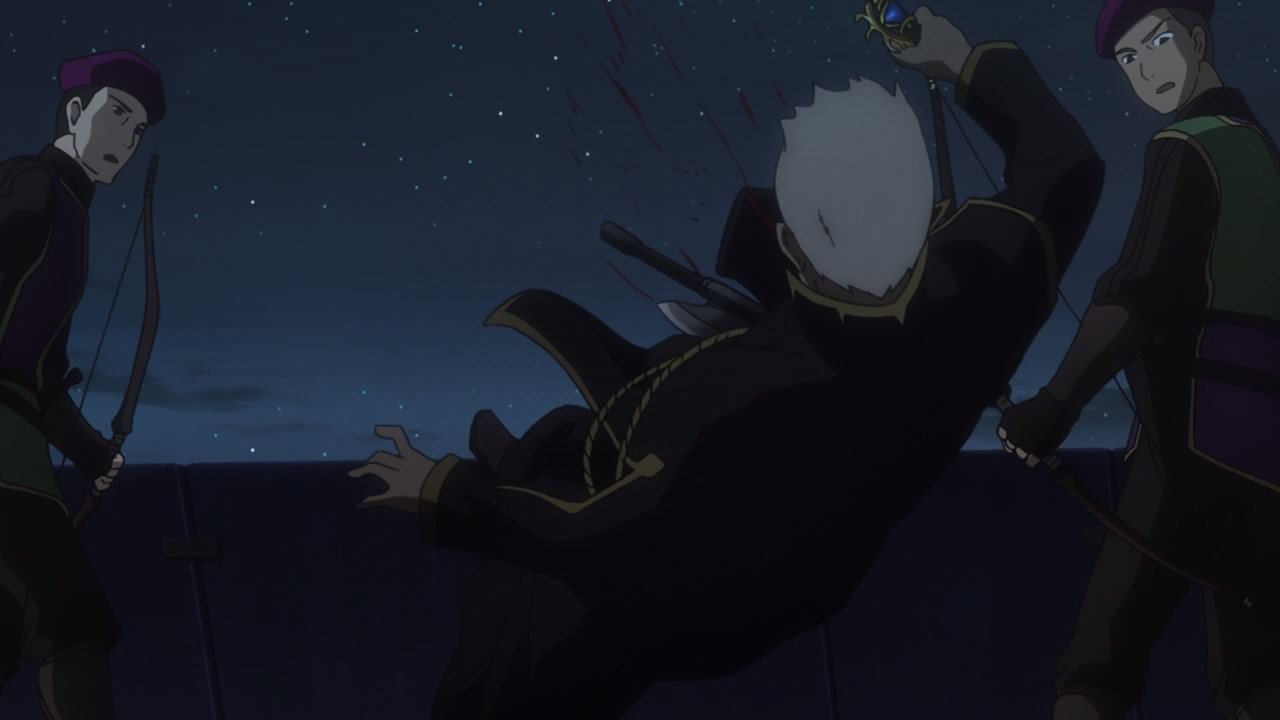 But with that said, Edokia’s contracted mage goes down and without him, the entire fleet is doomed when Lady Ulrica and her forces are inching closer to Castle Unicorn. 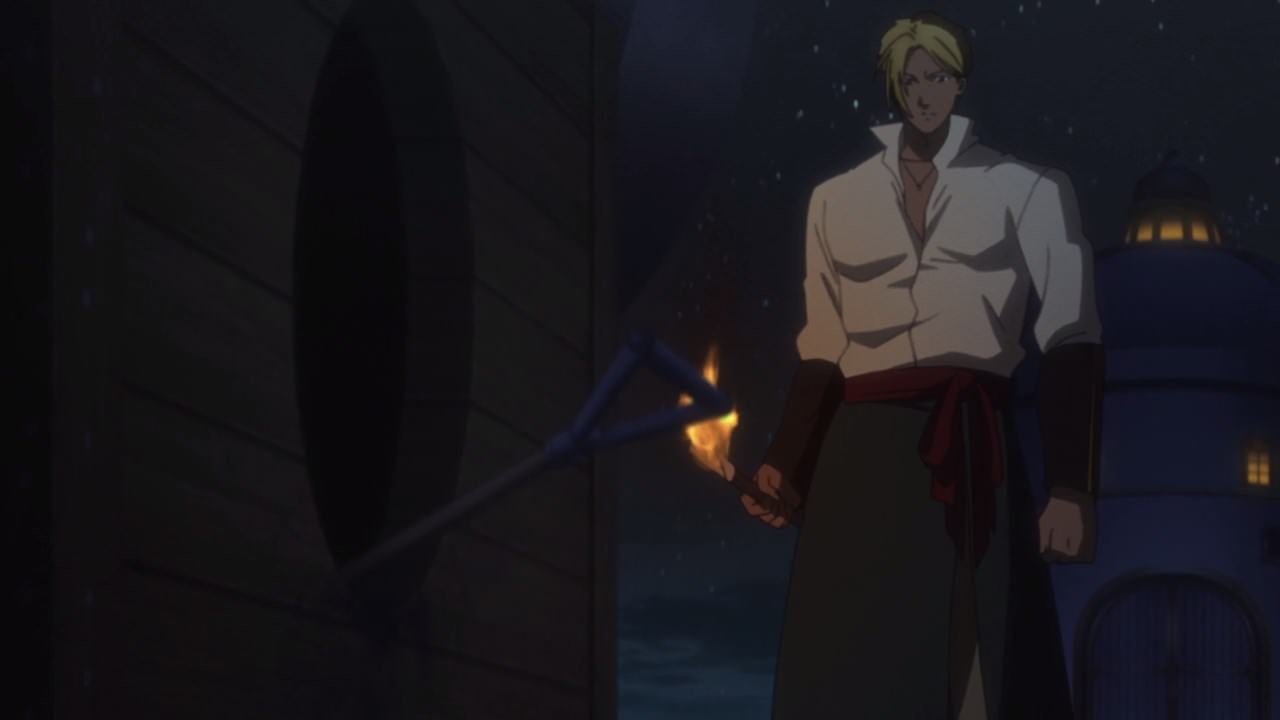 Without any options left, the likes of Joachim have decided to end their life in a blaze of glory… 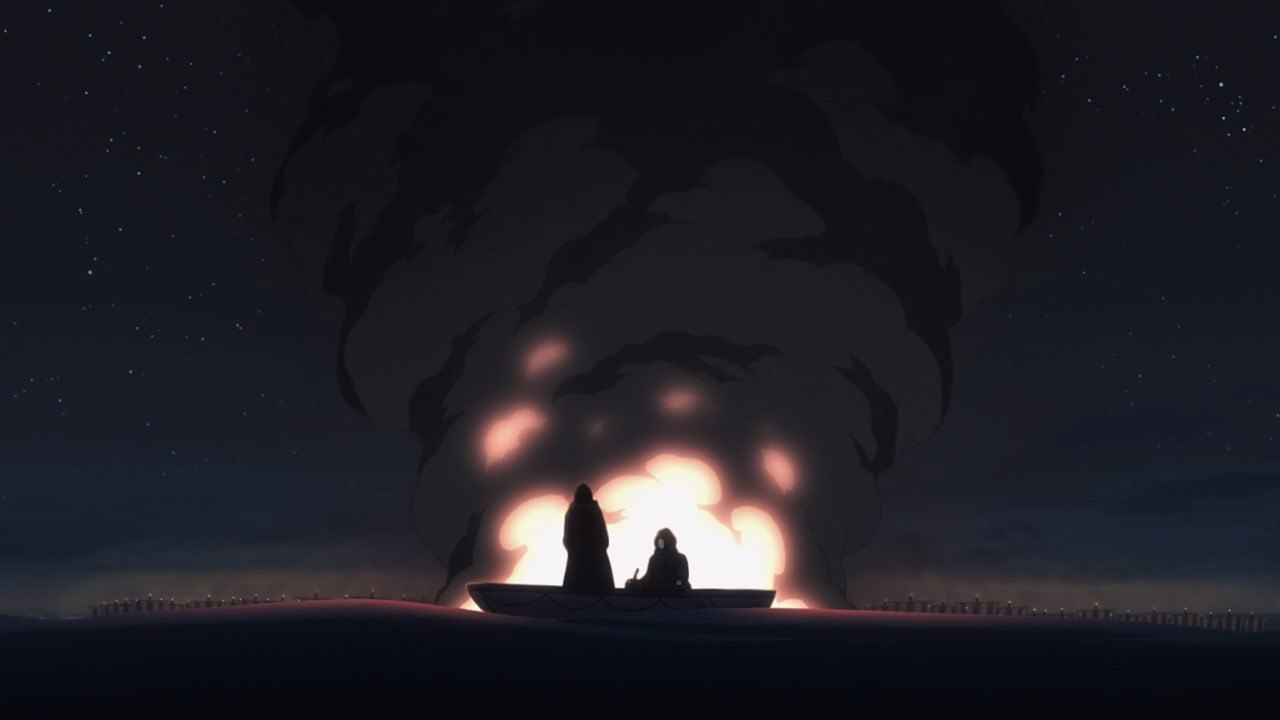 …as the Palace of the Sea exploded, destroying 1/4 of Lady Ulrica’s Nordic Fleet. Still, it doesn’t do much as they press forward to the Altirk region. 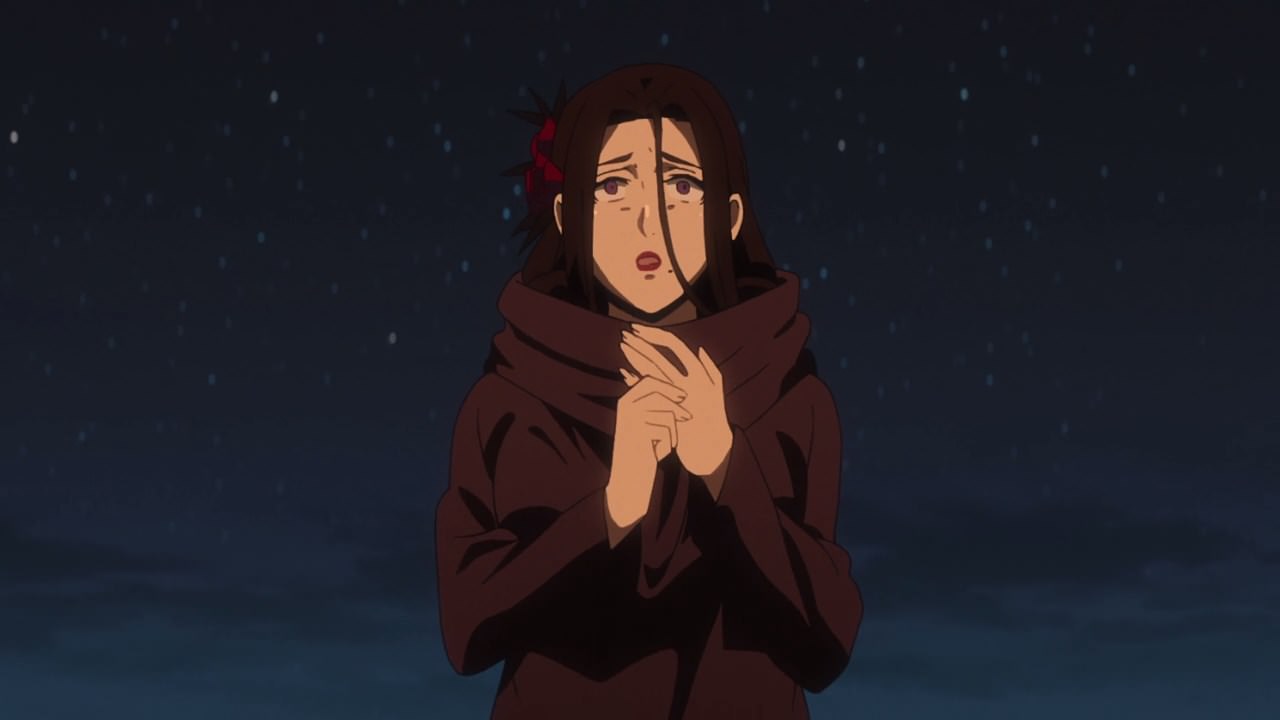 And as for Queen Edokia, she was stunned to see her beloved ship and her crew go out in flames.

While she’s the only survivor left, Queen Edokia of Haman will have a hard time accepting their deaths as she treat them as family, 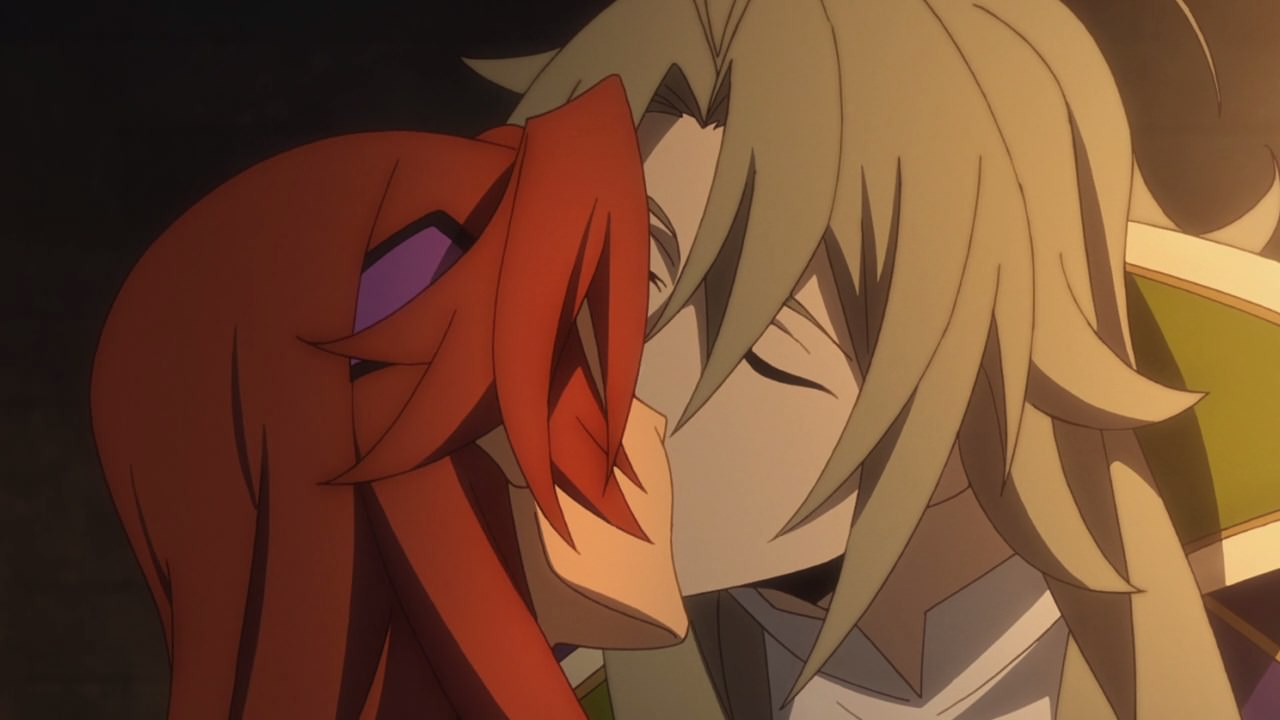 Back at Castle Unicorn, Villar Constance is fully-prepared for his last stand together with Margaret Odius as they share a kiss. I guess this could be their final one. 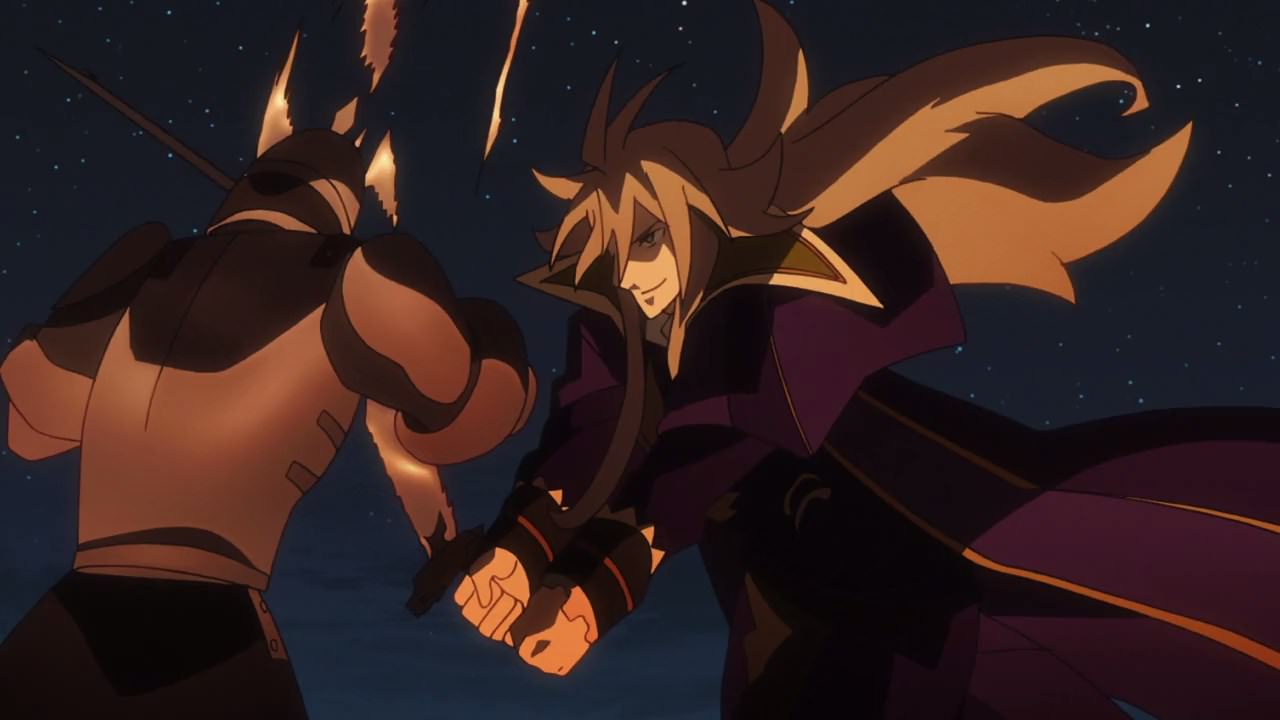 Afterwards, they proceed to slay the Margrave of Valdrind’s forces as the Earl of Altirk gallantly charges without hesitation… 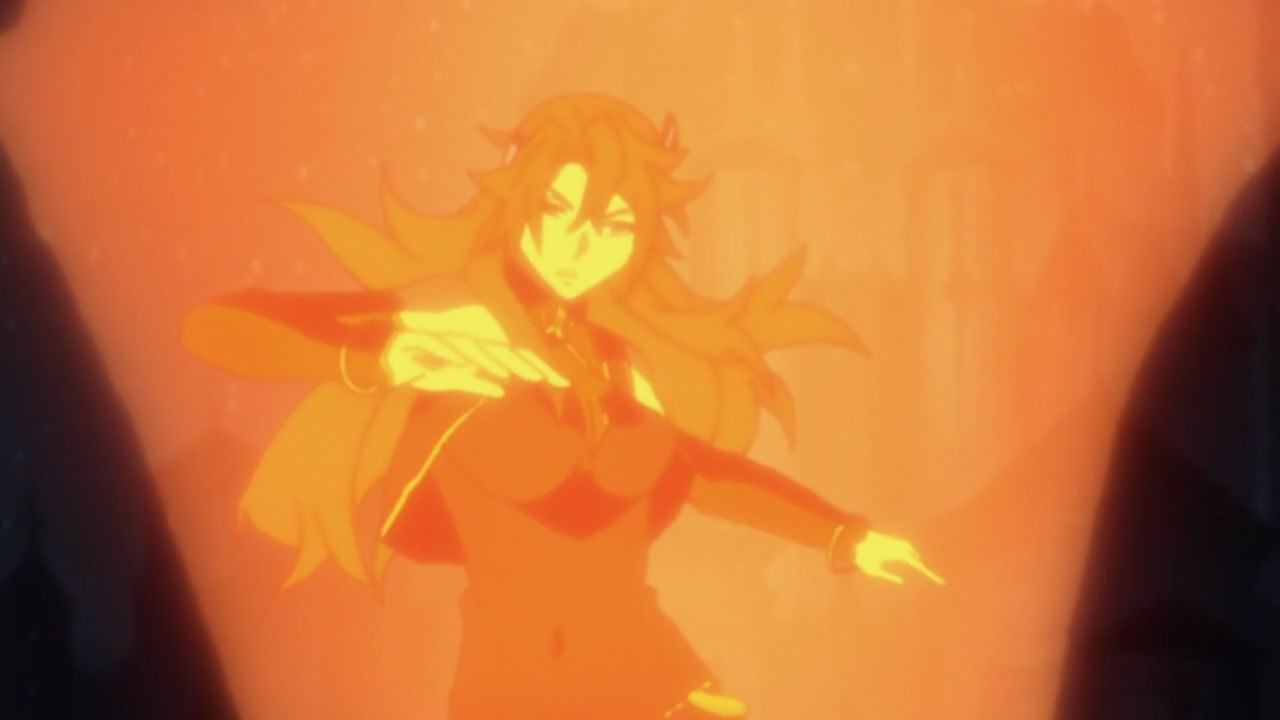 …while Margaret supports Lord Villar with her ultimate fire magic that might lose her own life. Of course, she’s prepared for it. 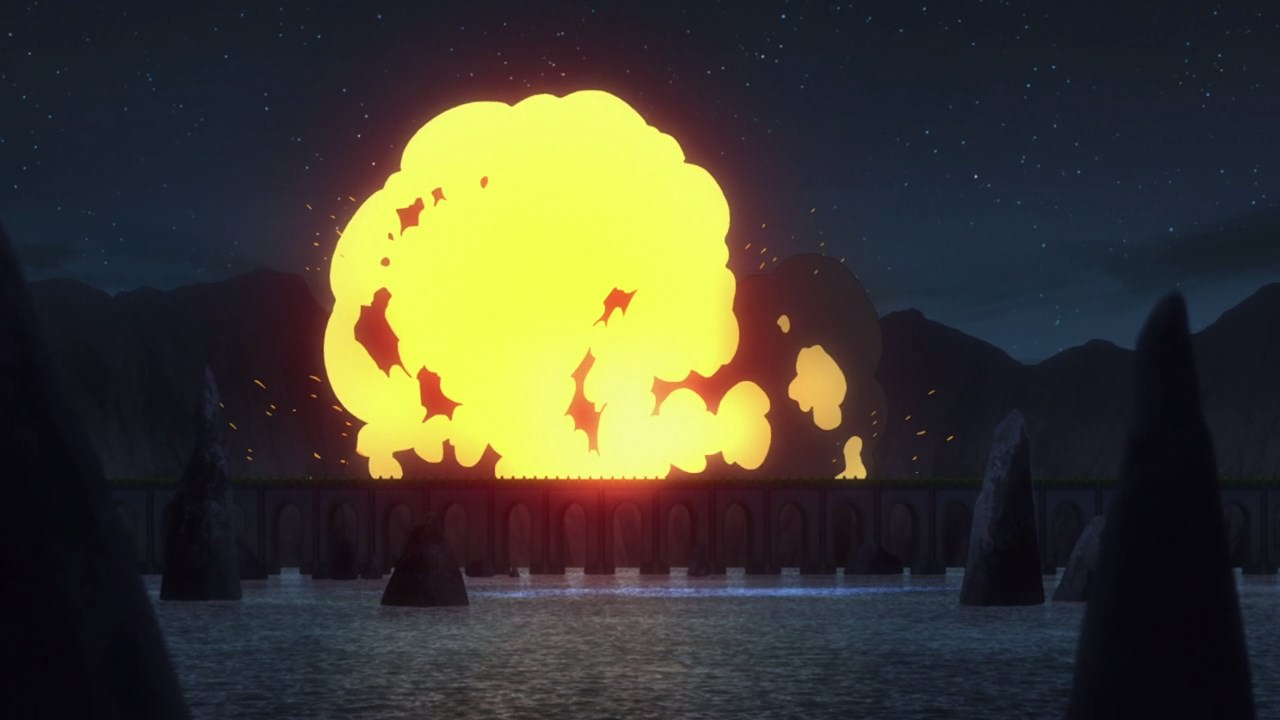 In any case, Margaret Odius’ magic has destroyed most of the foot soldiers from the Alliance in a single blast. 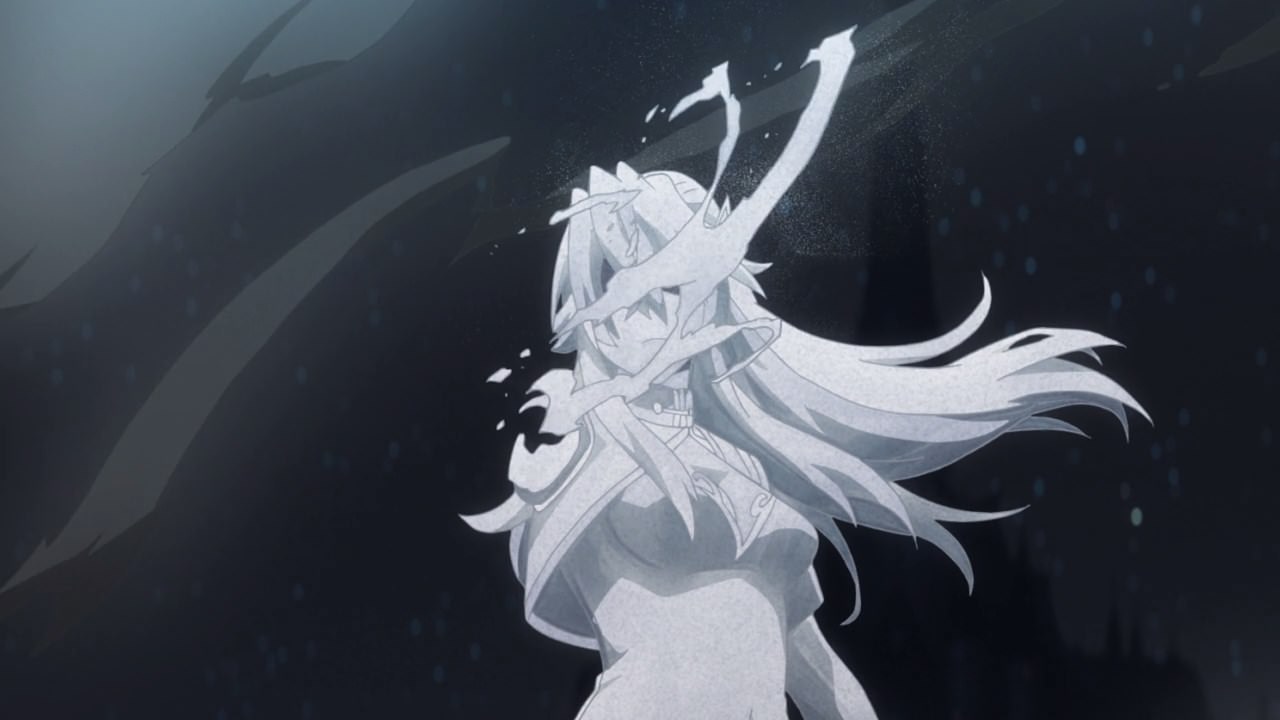 However, doing so will turn Margaret’s body into white ash. But like I said before, she’s prepared for cast her life away to defend Villar Constance as Margaret Odius died in a blaze of glory.

So with Margaret gone, that leaves Earl Villar to defend himself from now on… 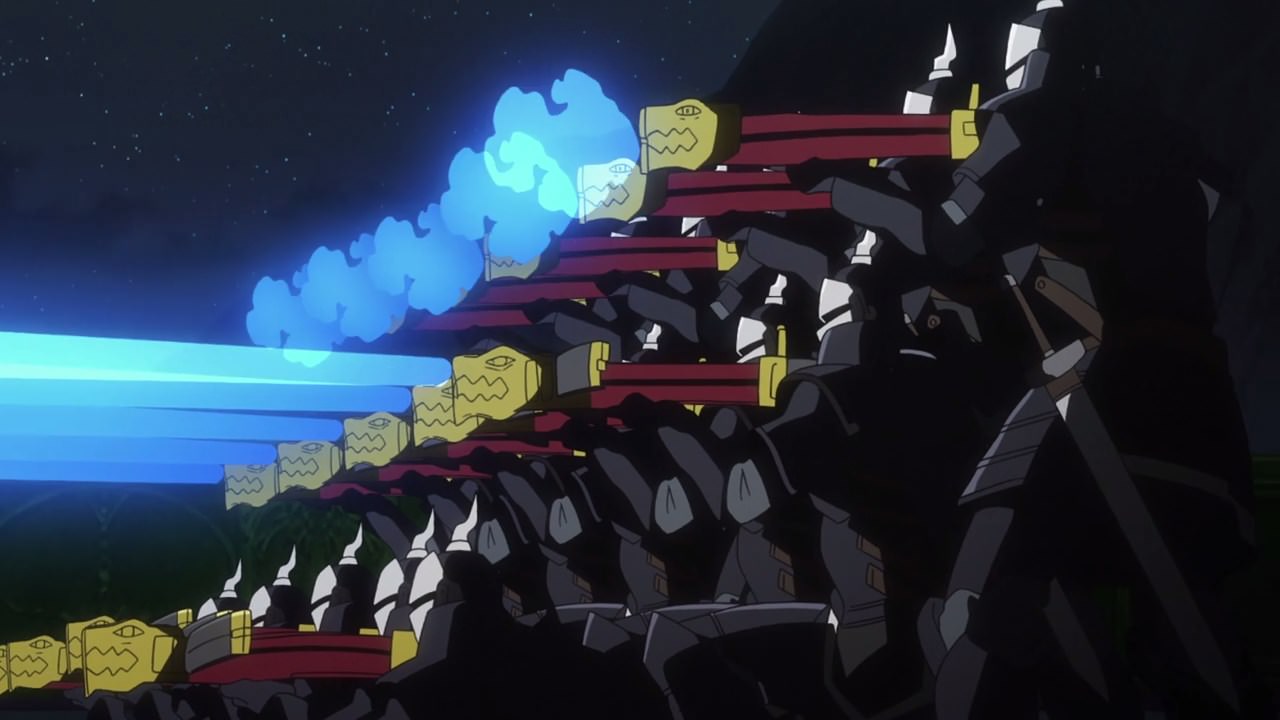 …as the Valdrind Knights steps in to fire at the Earl with their heavy crossbows fitted with crest bolts. 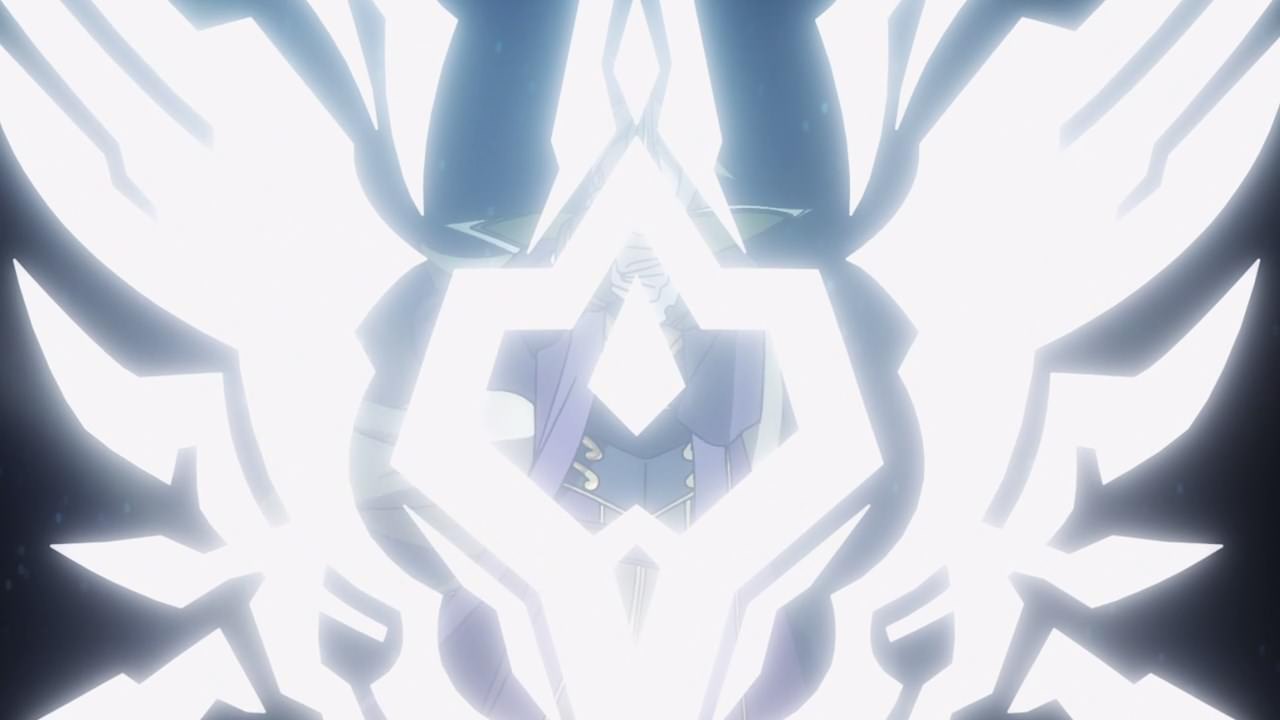 Unfortunately for them, the Earl of Altirk is somewhat tough as Villar used his crest to defend himself. Seems that he refused to die so easily. 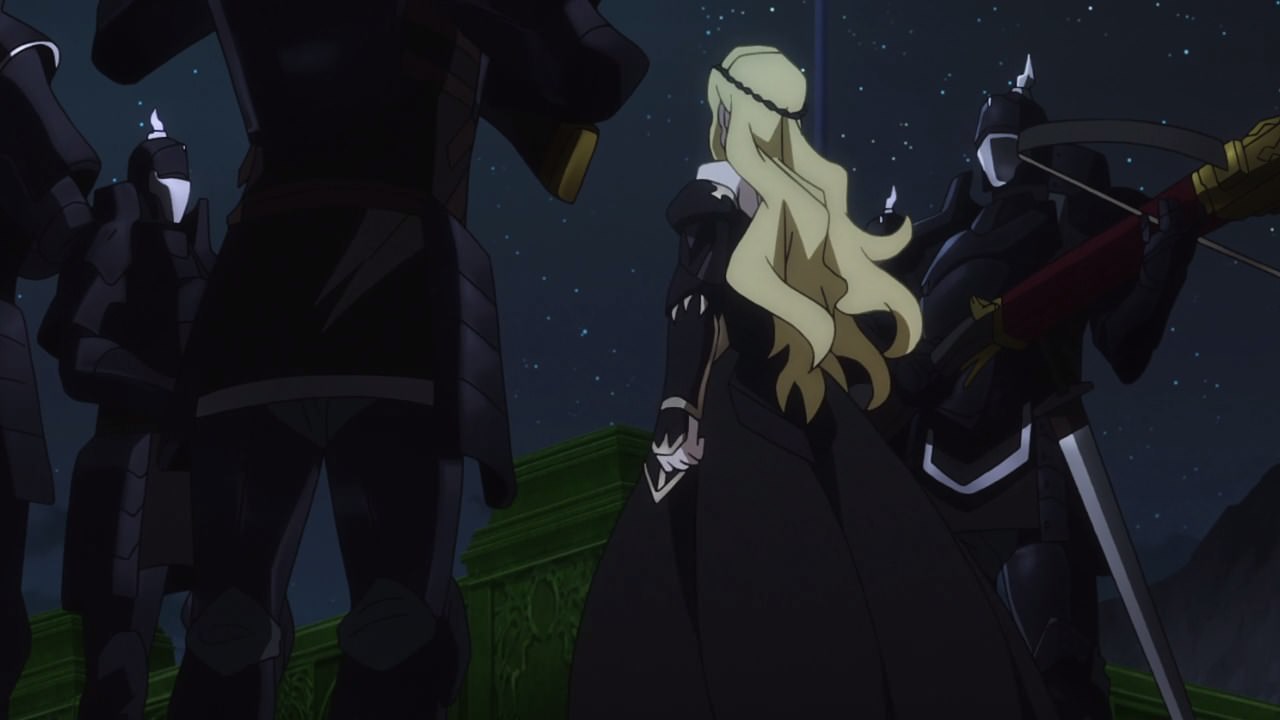 Thus, Margrave Marrine Kreische steps in to finish her cousin off with her own hands. After all, she’ll be the one who’ll take his crest anyway. 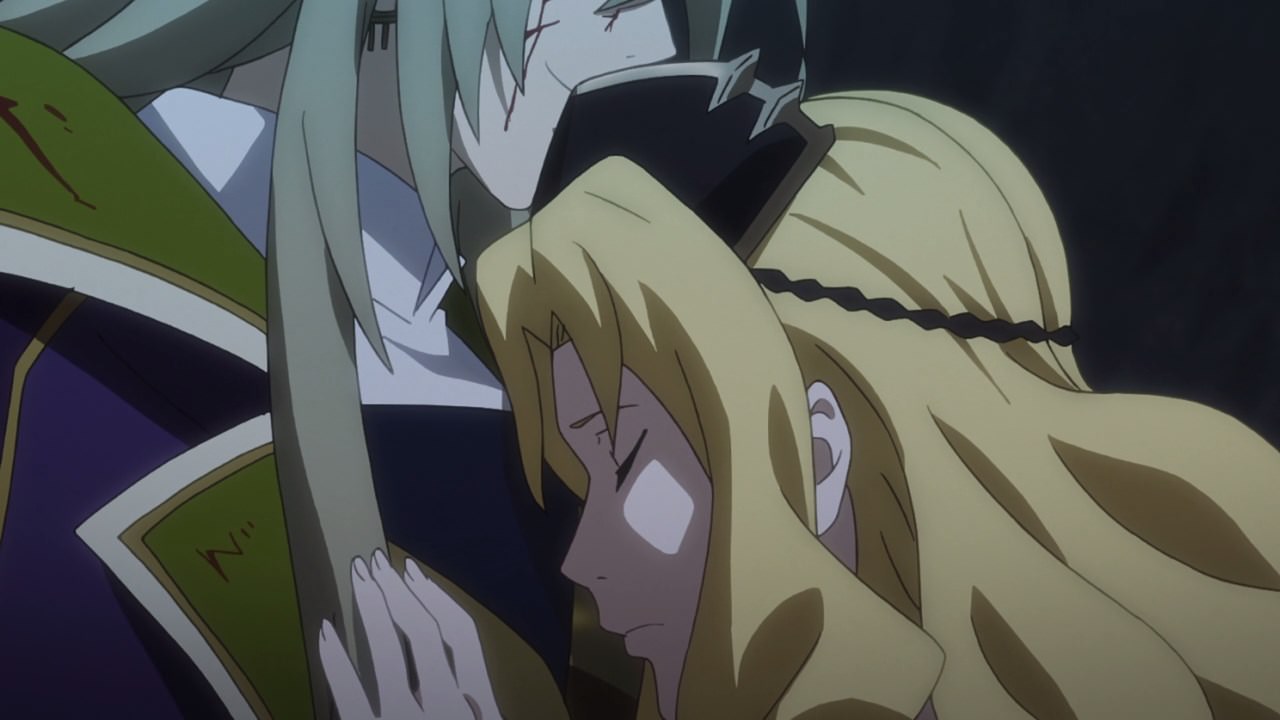 But instead of slaying the Earl of Altirk, Marrine has decided to have a little talk with Villar as he told Marrine to find her own happiness and he’s hoping that she’ll marry Alexis Doucet later down the line.

While it’s nice to have cousins having a chat instead of Marrine offing Villar’s head without remorse, I doubt that Marrine will take Villar’s advice, let alone marrying Alexis because it’s not gonna happen. 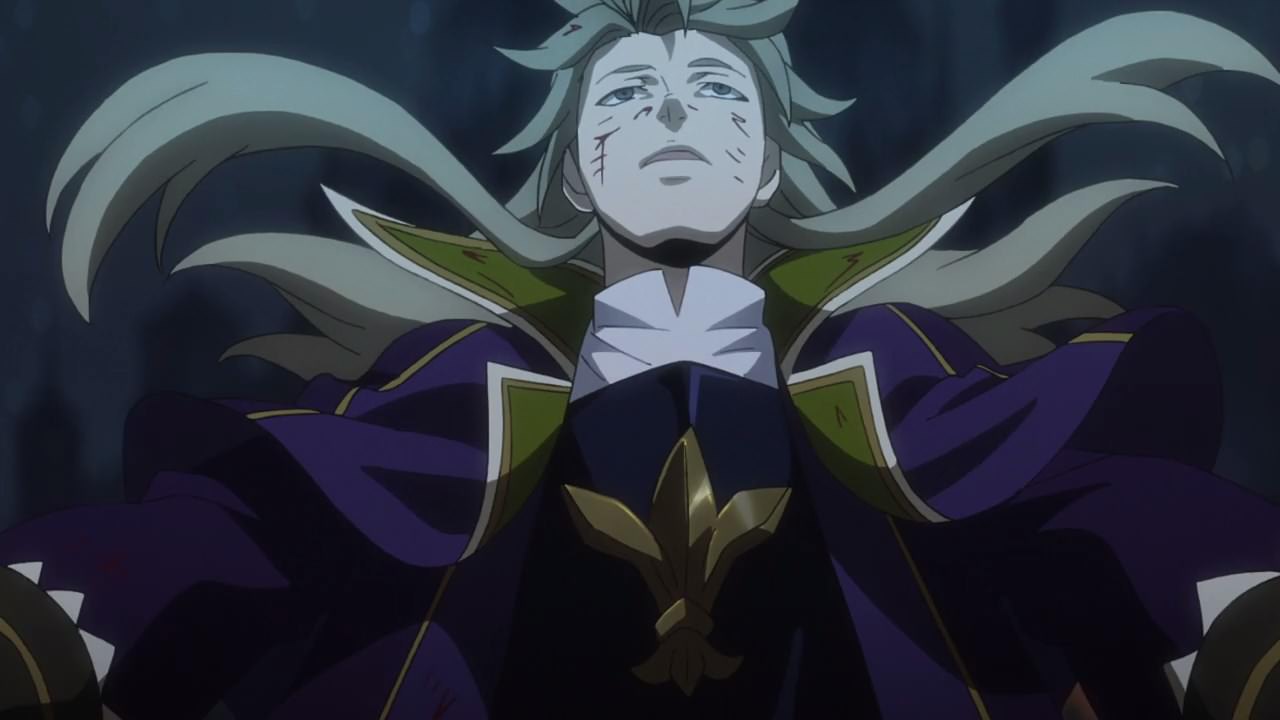 With that said, the Earl of Altirk has fallen as Villar Constance’s energy has exhausted during the battle and dies on the spot.

I must admit that I’ll miss him a lot because Villar is one of those characters that I found it amusing. It’s a shame that he died where he should have fled with his mages. 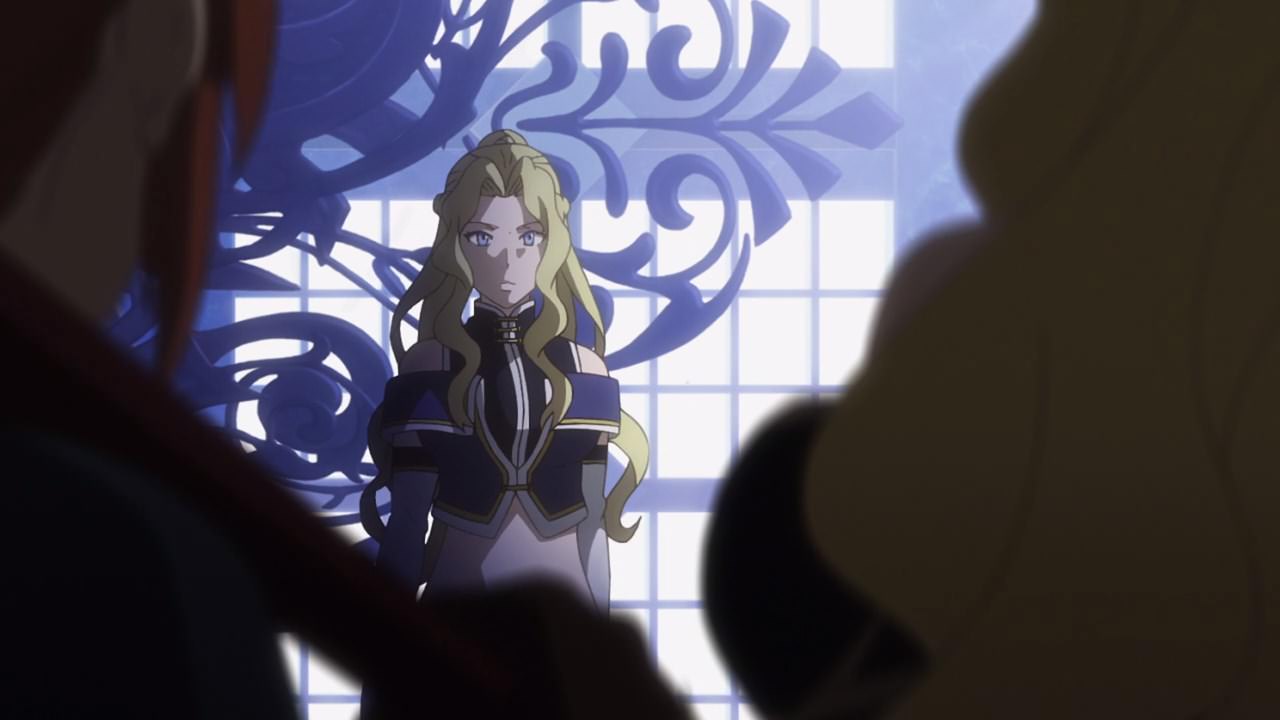 Speaking of Earl Villar’s mages, it appears that Marrine Kreische and her allies are greeted by Laura Hardley, who told the victors for this battle that Villar Constance’s allies will rally up and avenge his death. 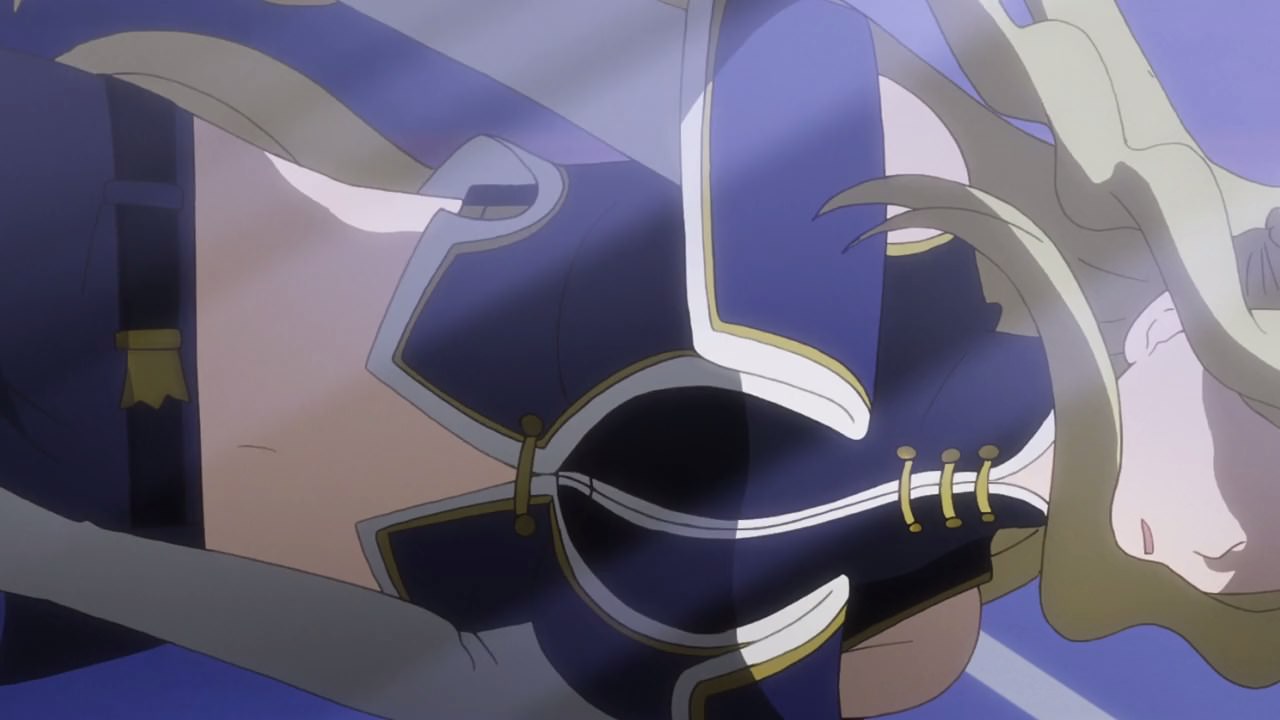 Afterwards, Laura drank poison and dies instead of defecting to the Margrave of Valdrind. Hmm, I wonder what happened to Colleen Messala? 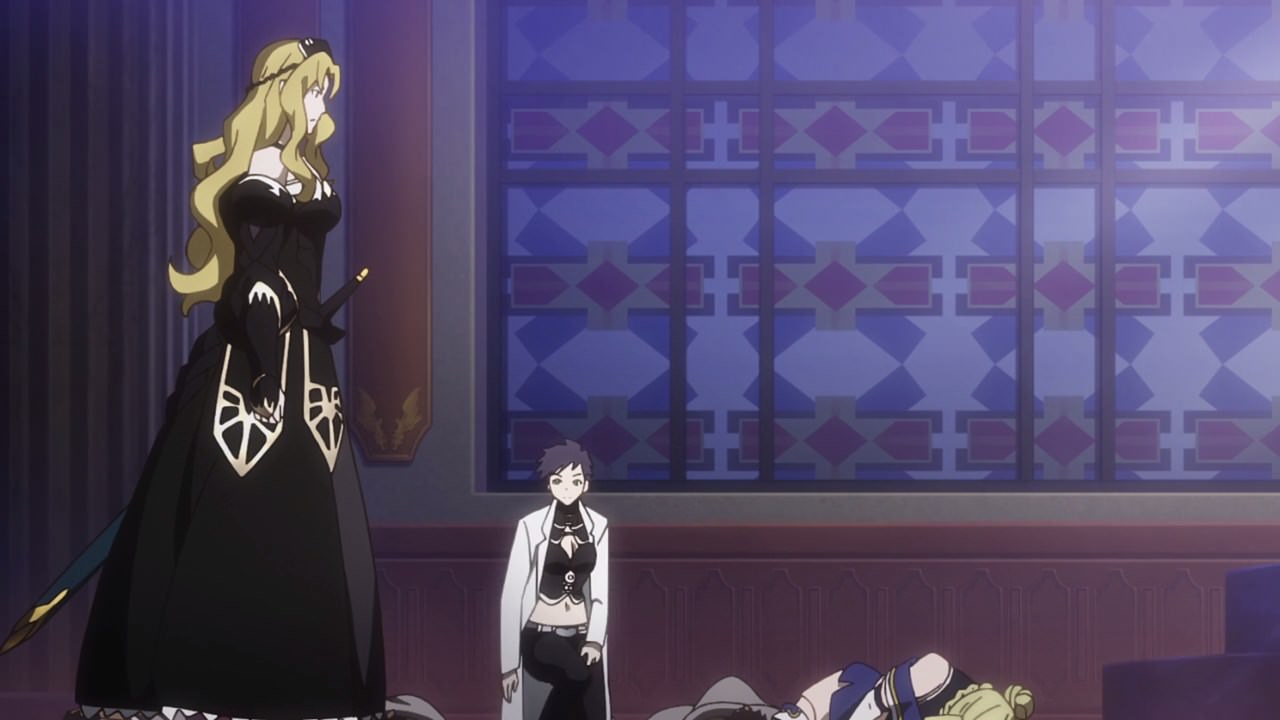 As for Helga Piarosa, she told Marrine Kreische to spare her life in exchange for treating the wounded regardless on whether they’re from the Fantasia Union or the Factory Alliance.

So yeah, it seems that Villar’s remaining mage won’t get executed, but what about this magnificent Castle Unicorn? Will Marrine Kreische take it after defeating her cousin Villar Constance? 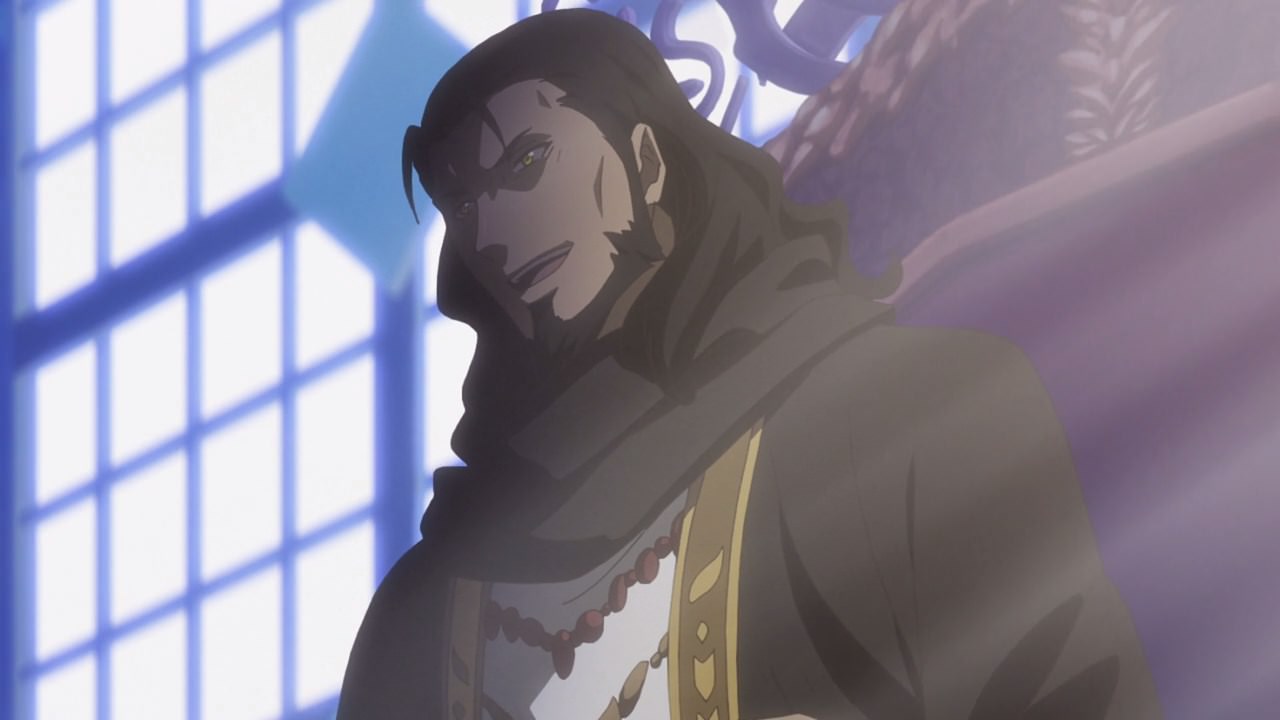 Well, it turns out that Milza Kuces will take it. I don’t know what decoration he’ll do to Villar’s former stronghold, but Milza thinks that Villar Constance’s death is a reminder that those who lack ambition will perish. 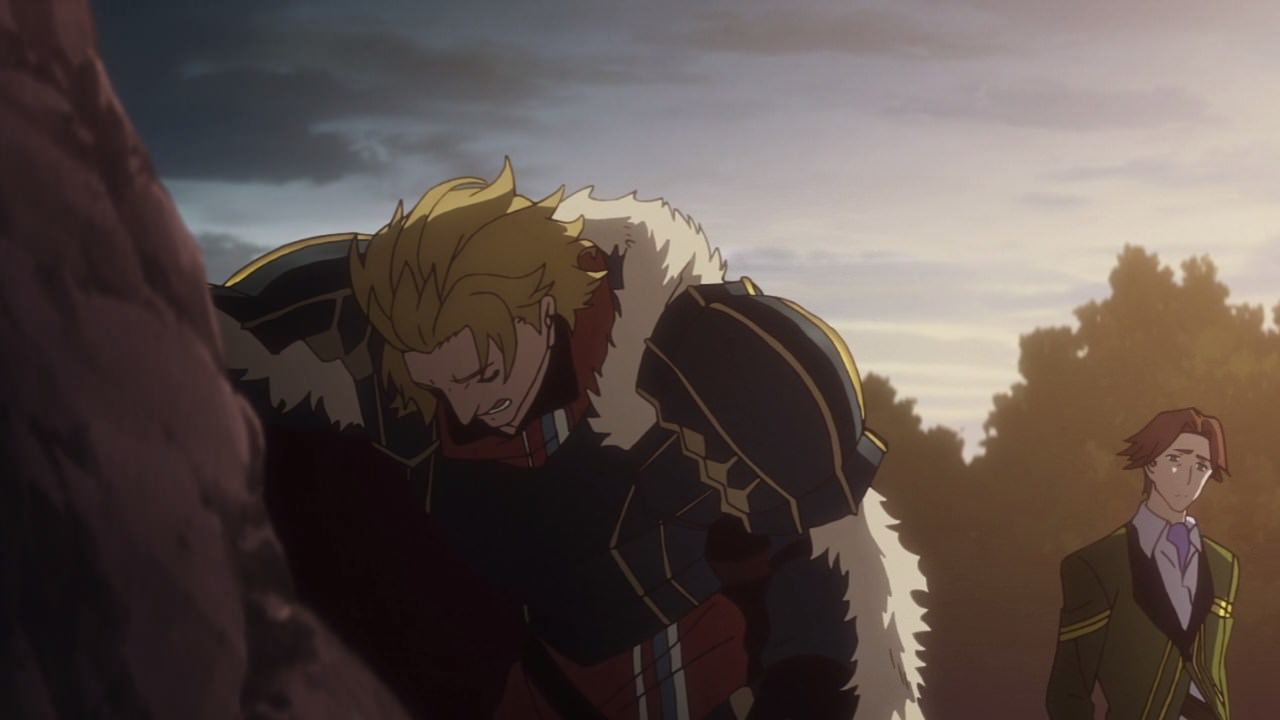 With that said, the Earl of Altirk’s death as spread far and wide across the Fantasia Union. Everyone is devastated including Lord Lassic David and Earl Klute Gallas where they lost a dear ally.

Meanwhile, the Fantasia Union has decided to continue with the peace talks as Marquis Bernand Durum felt that it’s Earl Villar Constance’s fault for staging a war against Margrave Marrine Kreische and her allies in the first place. Then again, I doubt that the Factory Alliance will agree to hold peace talks with the Union as the Margrave of Valdrind wants them crushed. 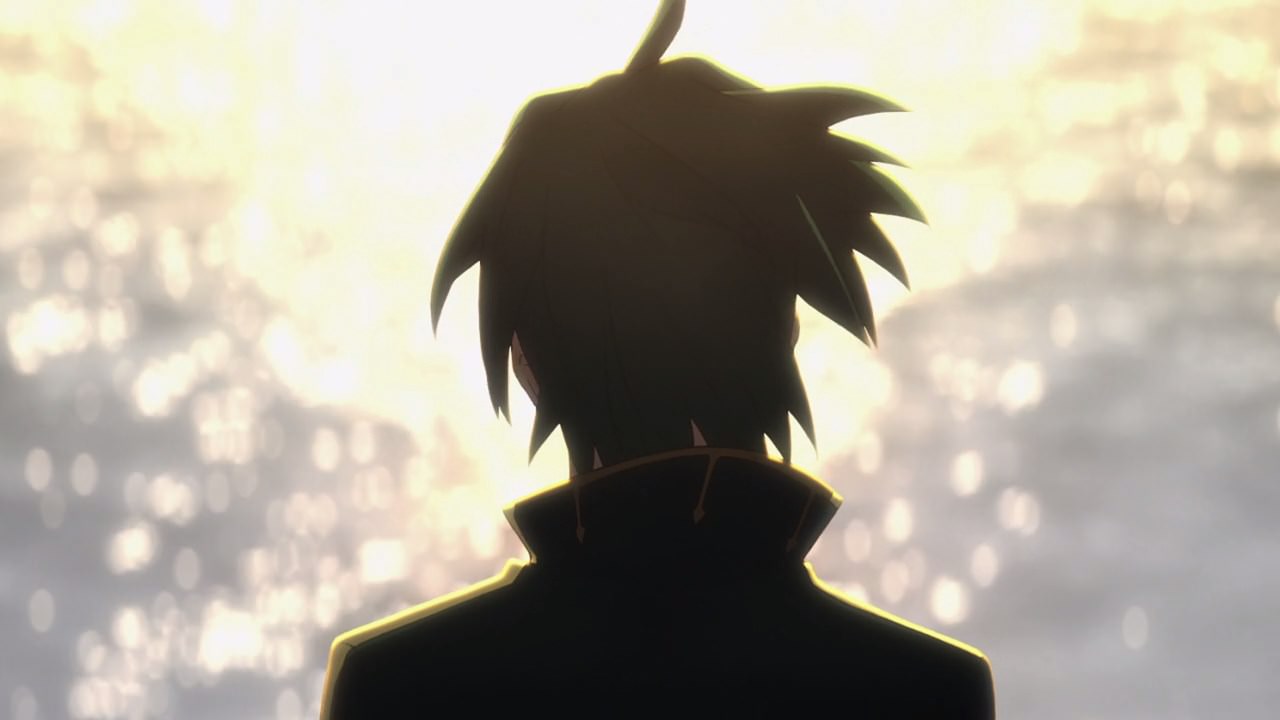 And finally, here’s Theo Cornaro as he heard the news regarding Villar Constance’s death. Now I don’t know what he’s planning to do afterwards, but Theo is very sad that his lord and mentor has fallen.

With that said, I’ll see you next time and really, it’s sad to see the Earl of Altirk and his allies pass away in just a single battle.