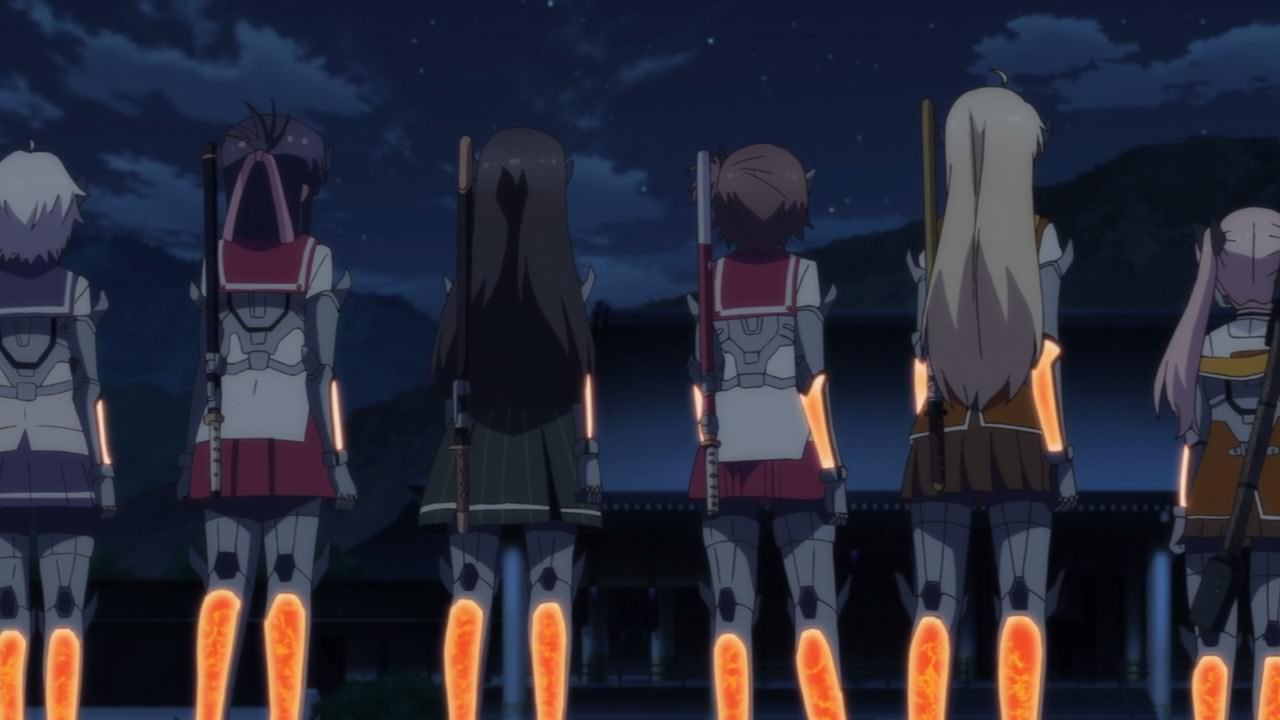 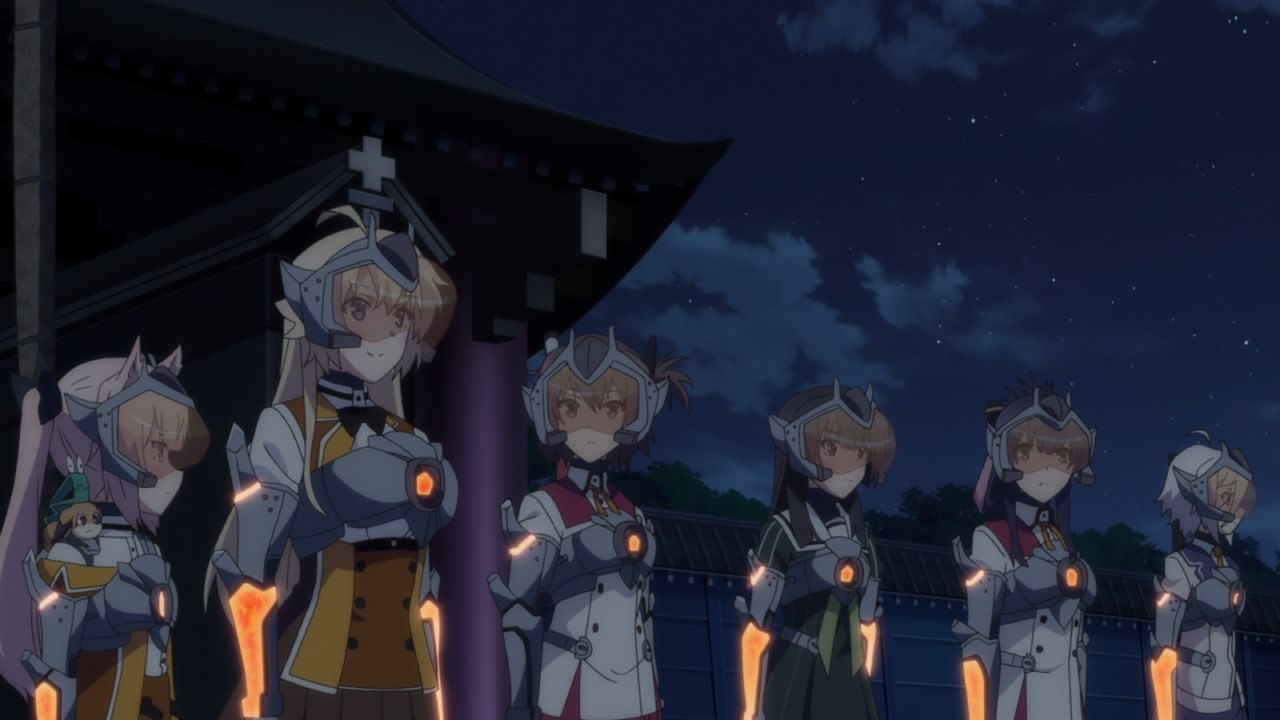 Well everyone, we’re back at the place where the series began and it has come full circle as the tournament participants return not just to fight in order to become the number one toji, but Kanami Etou and her friends are here to stop Yukari Origami from creating another disaster.

Oh by the way, they don’t have much time as the S Equipment has 30 minutes of running time and they really need this suit of armor if they have the chance to beat Yukari Origami! 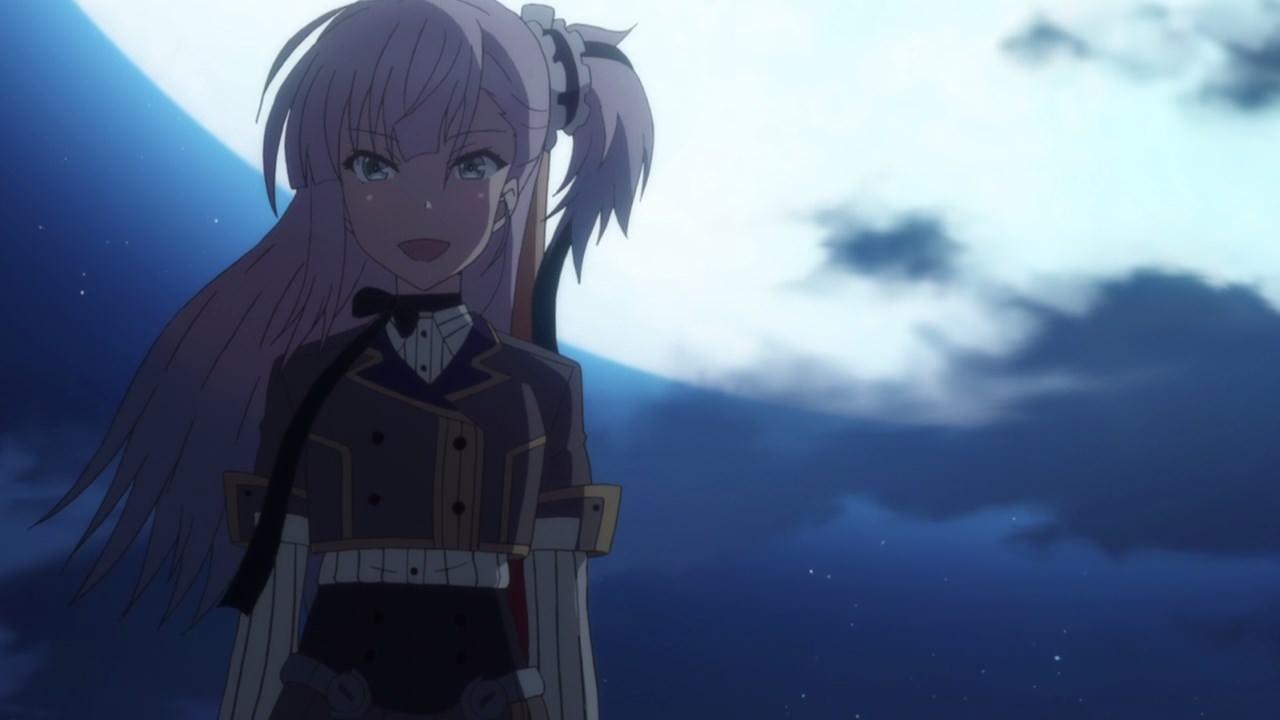 But first, they need to take out the elite guards starting with Yume Tsubakuro, where she’s looking forward to fight against Kanami Etou since she considered Kanami as the strongest. 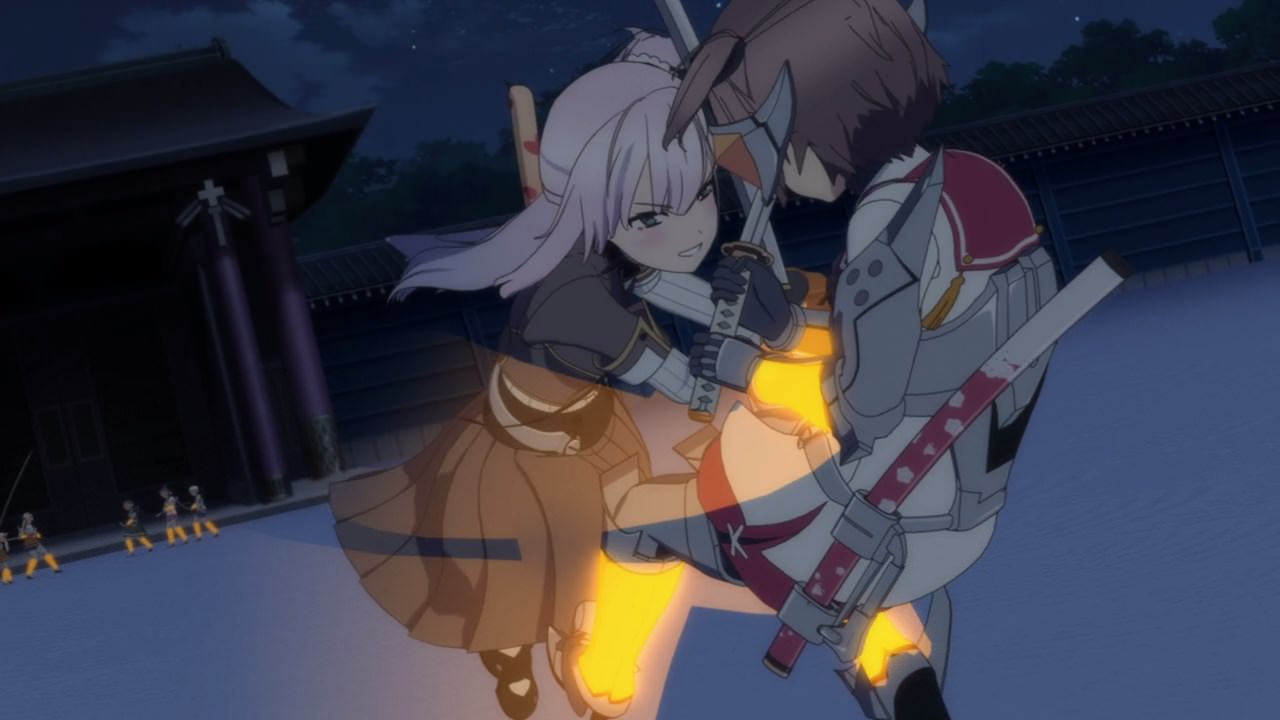 With that said, Yume engaged in battle against Kanami and while they’re somewhat evenly-matched, let’s just say that they have no time to fight against this psychopath. 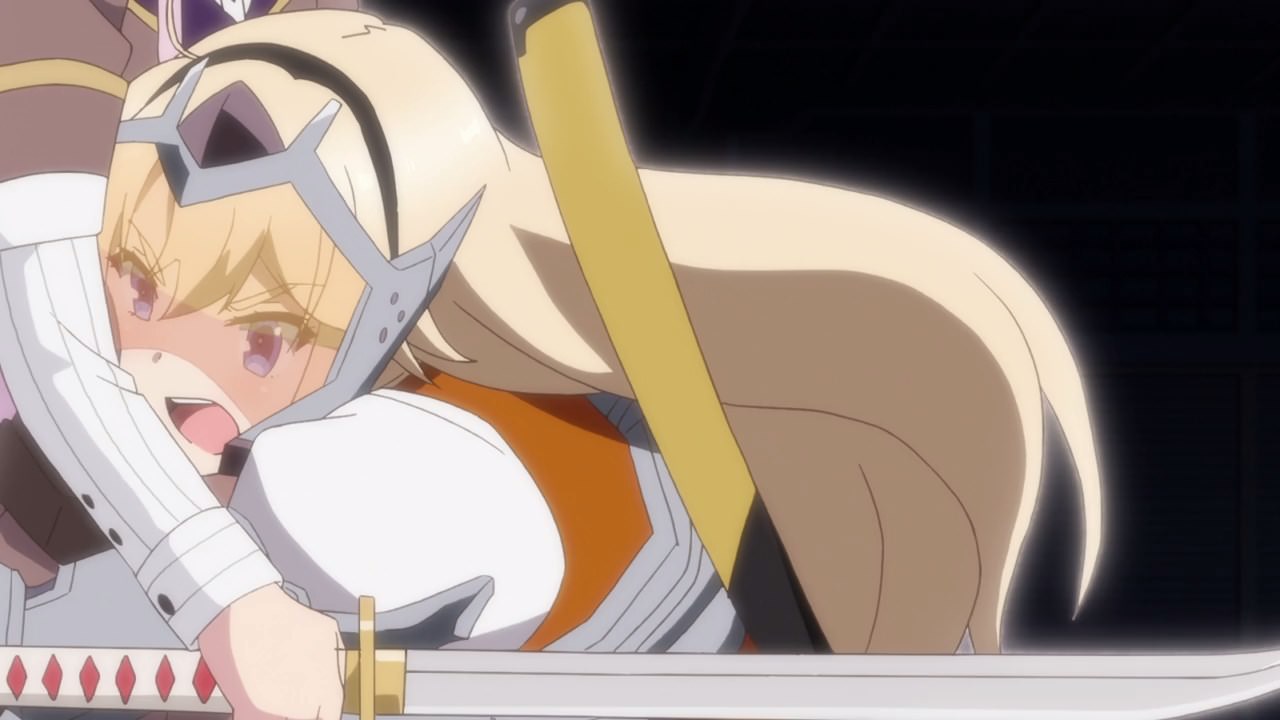 So, Ellen Kohagura and Kaoru Mashiko stepped in to fight against Yume Tsubakuro and told Kanami Etou to move forward to the shrine. 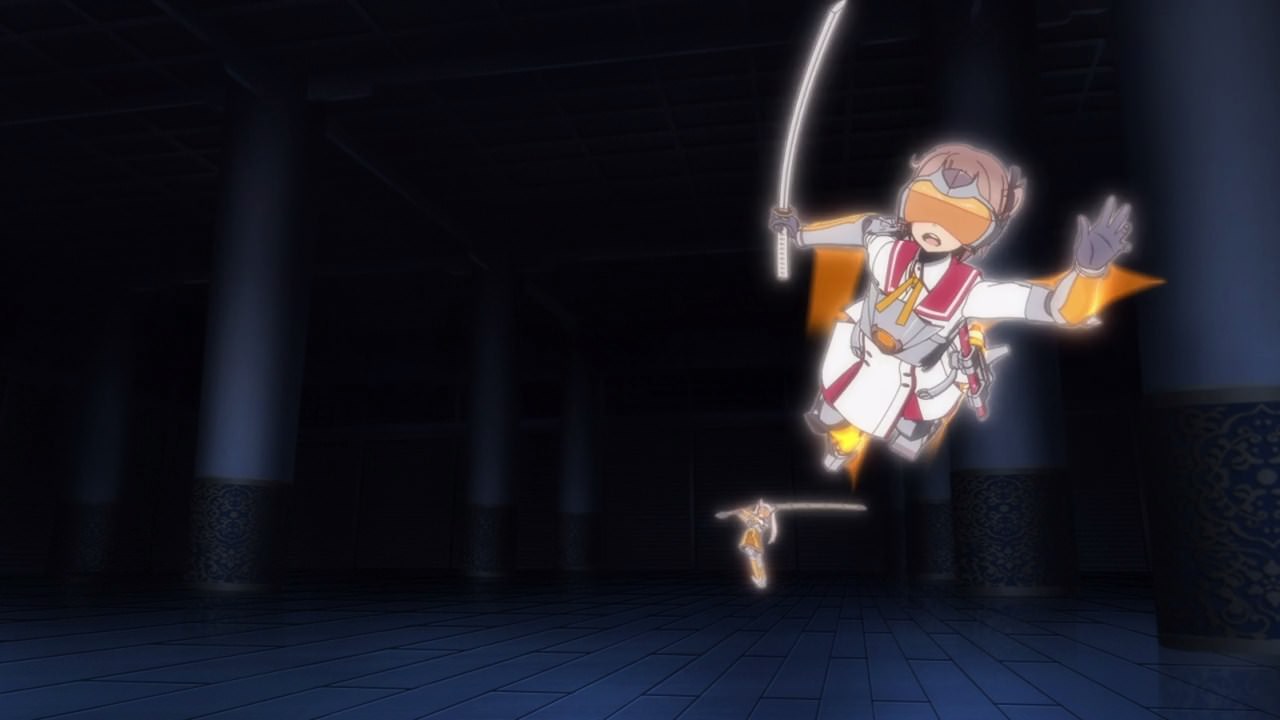 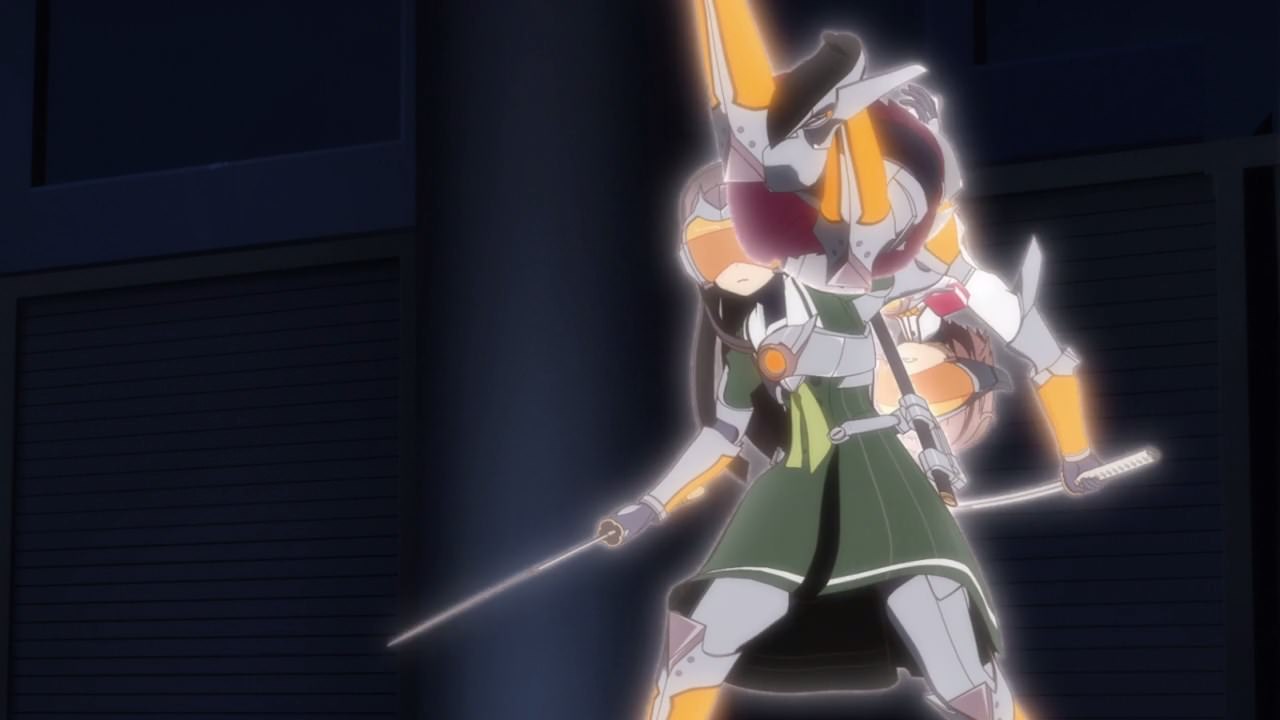 Of course, the only way to move along is for Kaoru-chan to swing her giant okatana at Kanami. Nice catch there, Hiyori! 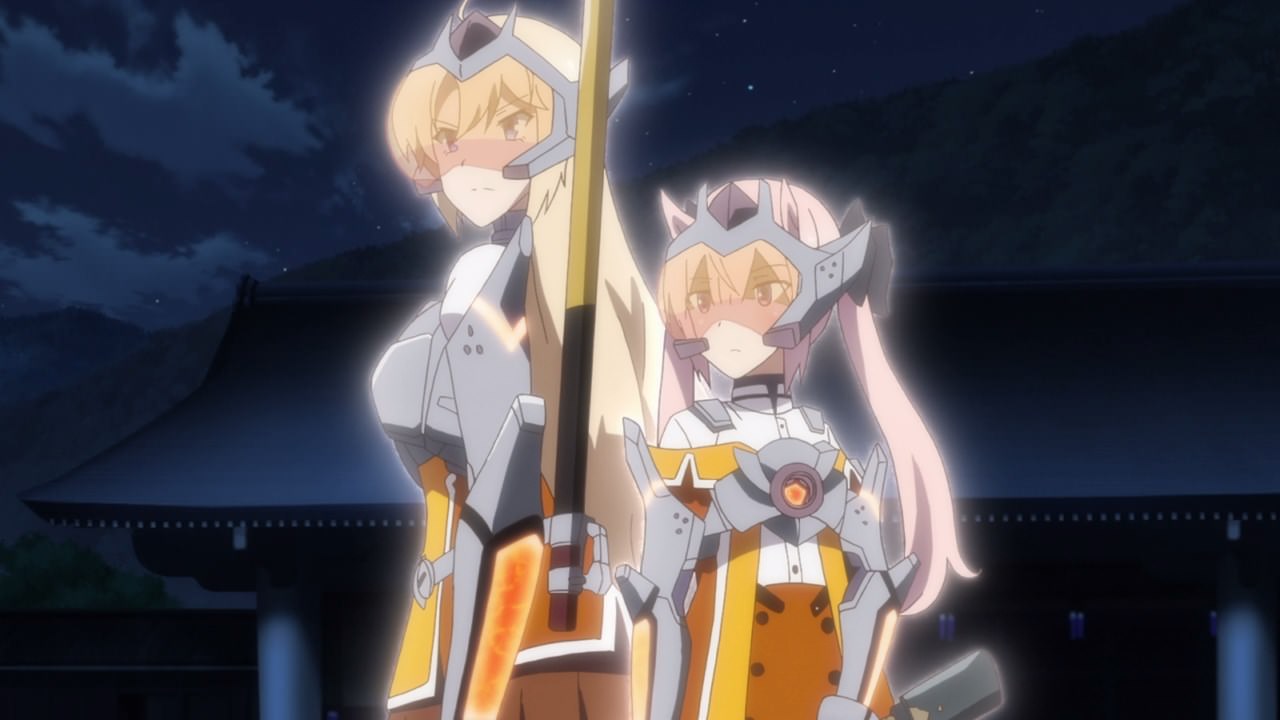 So with that said, both Ellen and Mashiko will be Yume’s opponent, something that Tsubakuro felt disappointed as she really wanted to fight a stronger opponent and not a weaker one. 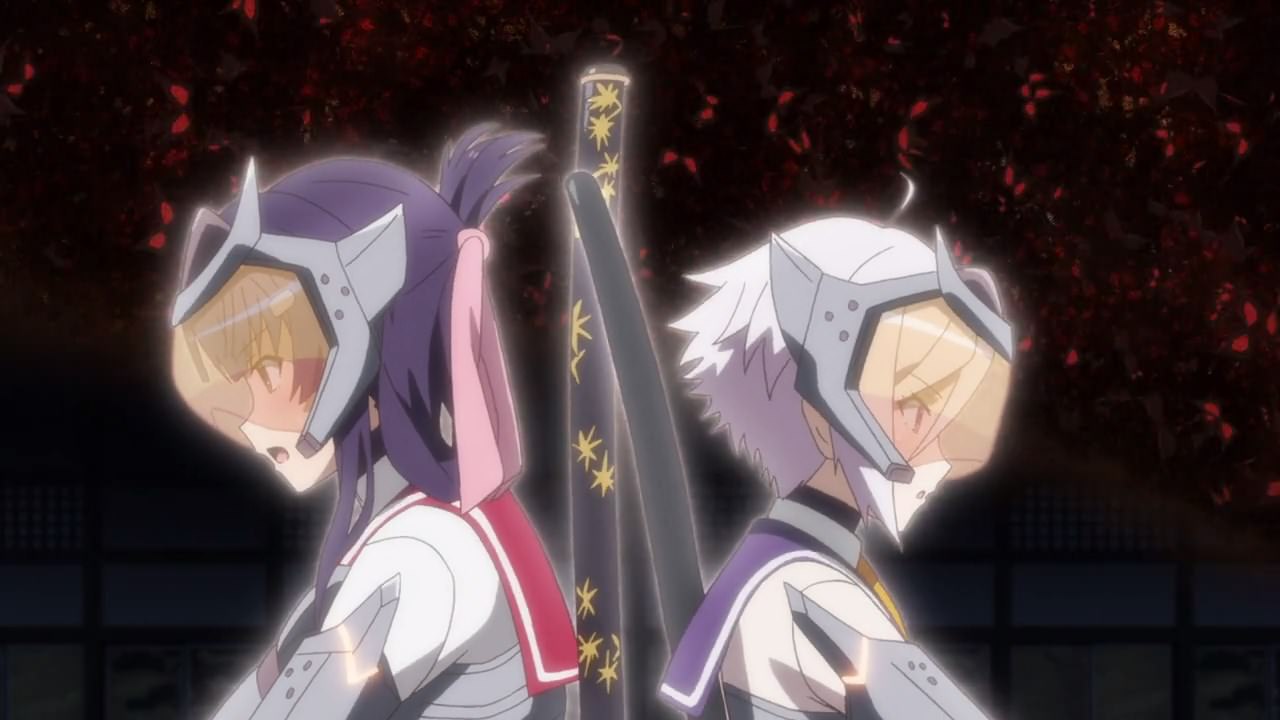 Now let’s move onto the next scene where Mai Yanase told both Hiyori and Kanami to go ahead, as she and Sayaka Itomi left behind to face a familiar foe who can summon a swarm of aratama. 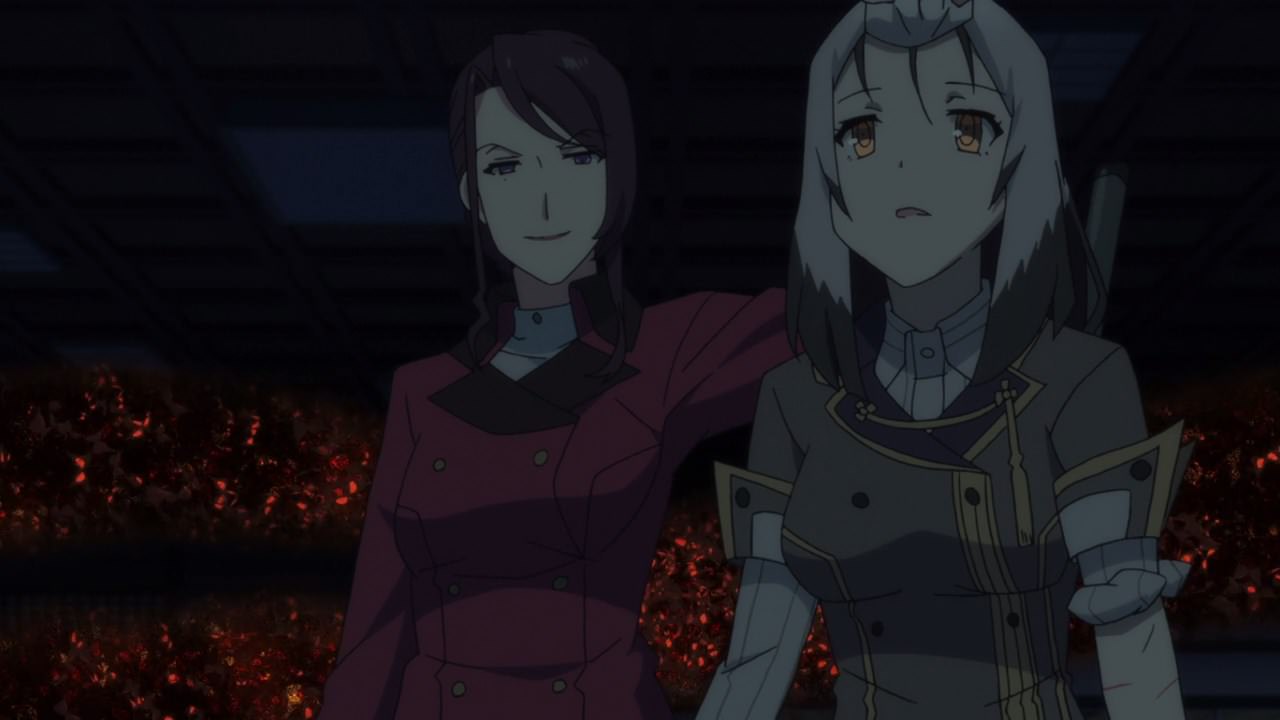 That’s right, it’s Yomi Satsuki as she’s joined by Yukina Takatsu who treats her like crap.

Anyways, President Takatsu tells Sayaka to return to Renpu Academy in order to become a tool for Yukari-sama. Then again, I’d rather have Sayaka to stay away from Yukina-san because she’s irredeemable at this point. 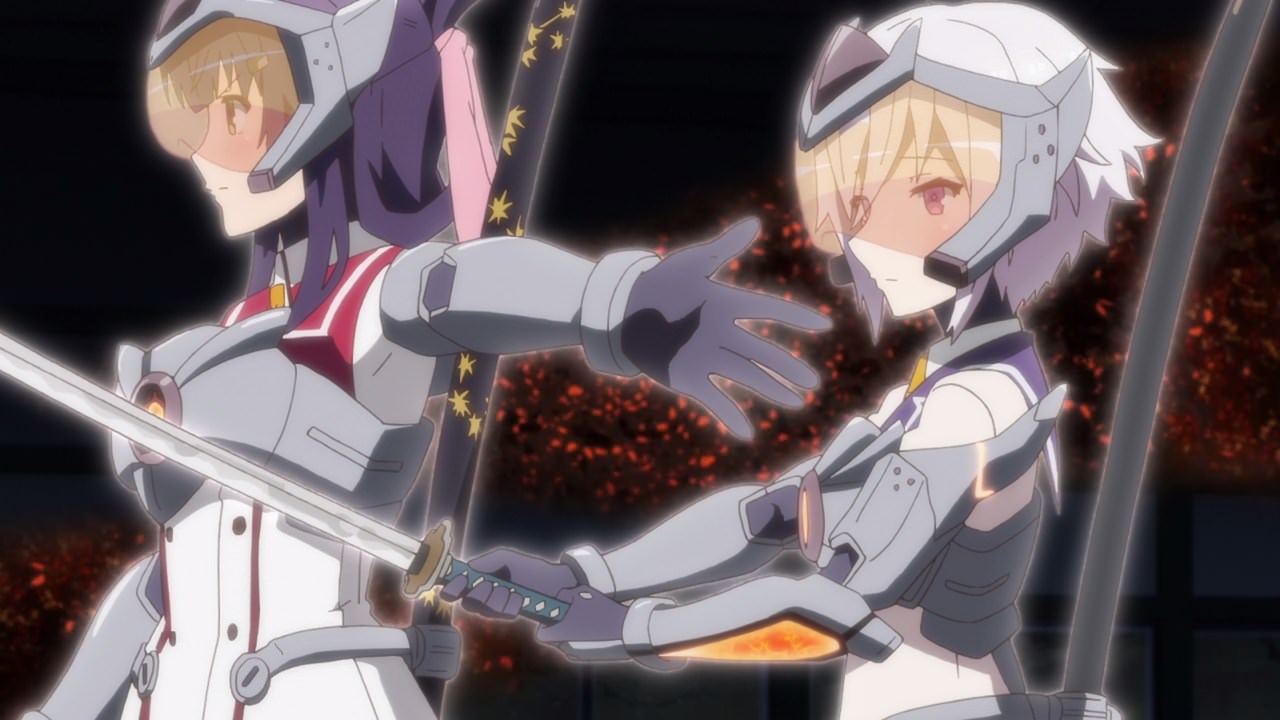 But nevertheless, both Mai Yanase and Sayaka Itomi will fight against Yomi Satsuki and try to save her from President Takatsu.

Unfortunately, their battle won’t be shown on this episode, so maybe the next one will show it. Then again, I doubt that it’ll happen! 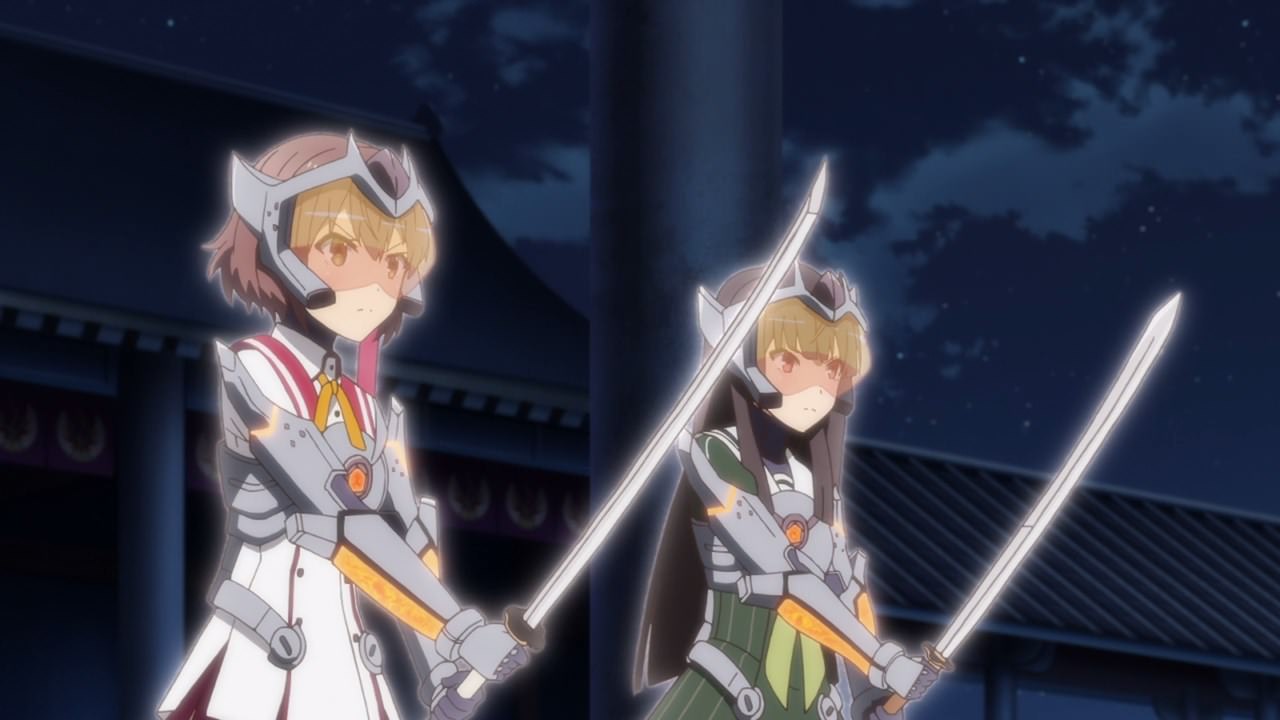 Now then, here’s both Kanami Etou and Hiyori Juujou as they’re reaching closer to the shrine, but they need to fight against the final 2 elite guards before facing Yukari Origami… 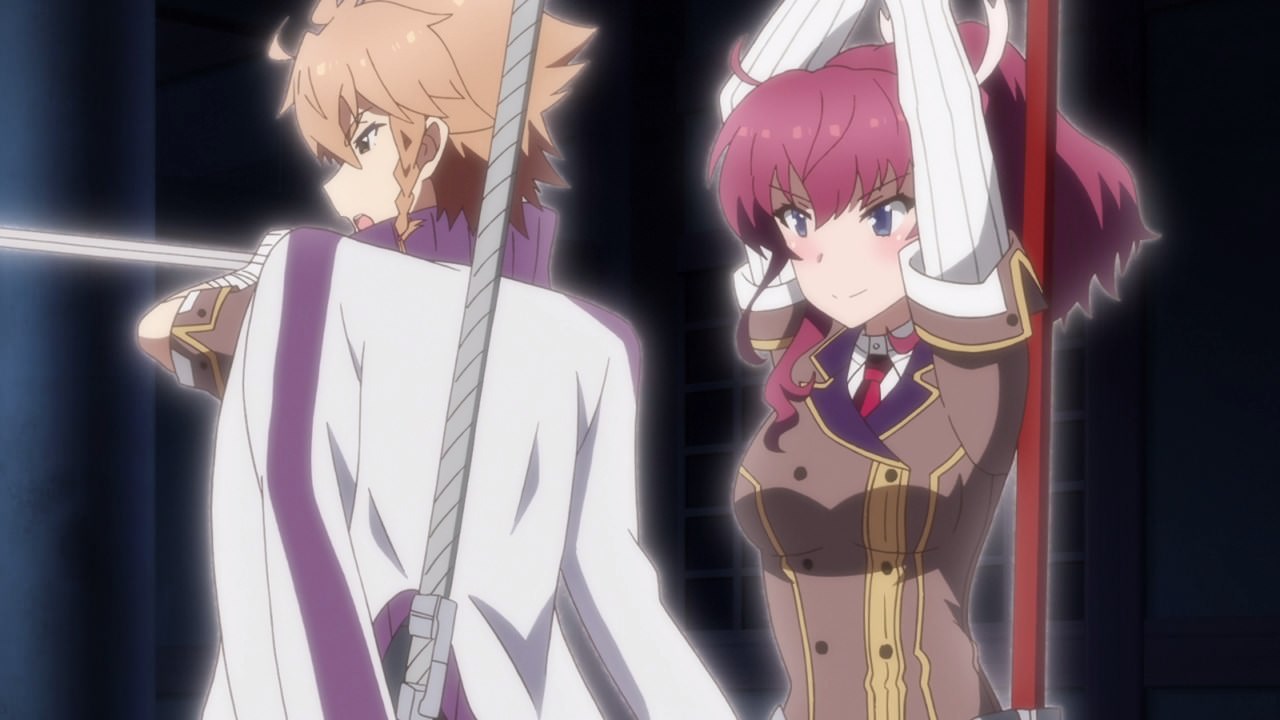 …as both Maki Shidou are Suzuka Konohana are ready to take those traitors down.

Oh, and they’re powered-up using noro because they need to be stronger in order to serve Yukari-sama. 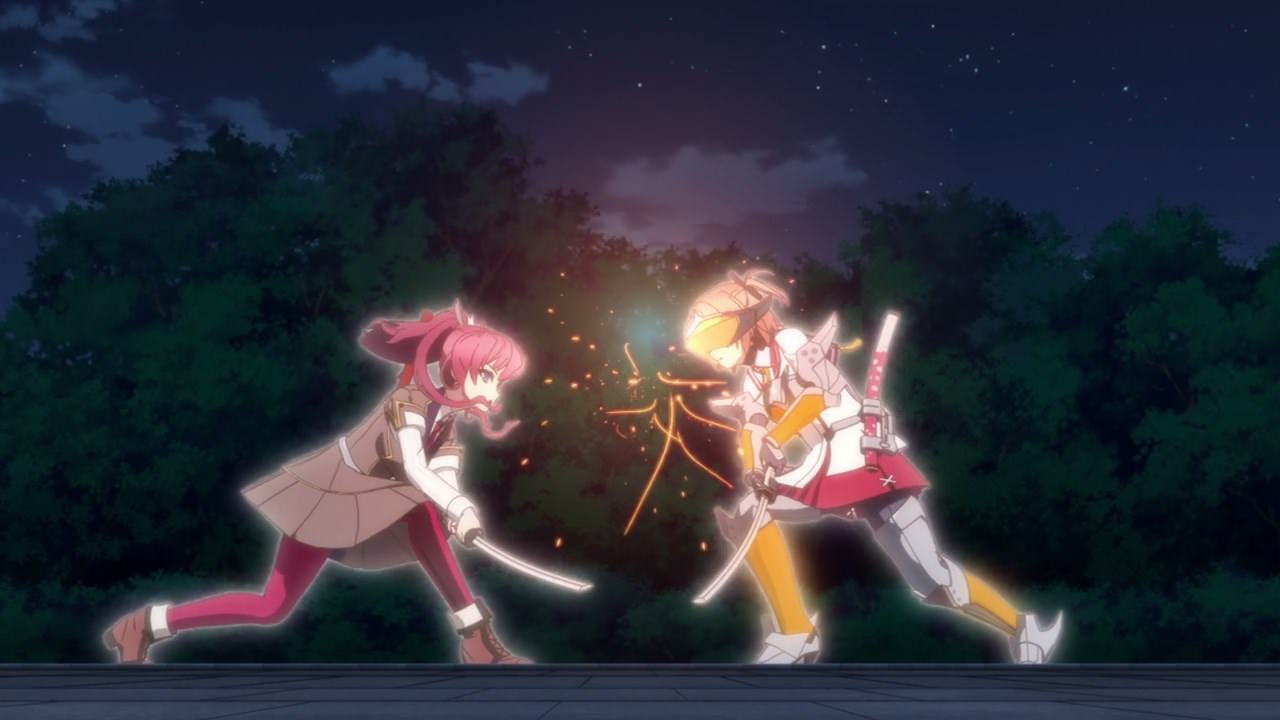 In any case, this is Round 2 where Kanami and Hiyori won against these elite guards.

Well, they barely defeated them but unfortunately, their old tricks won’t work! 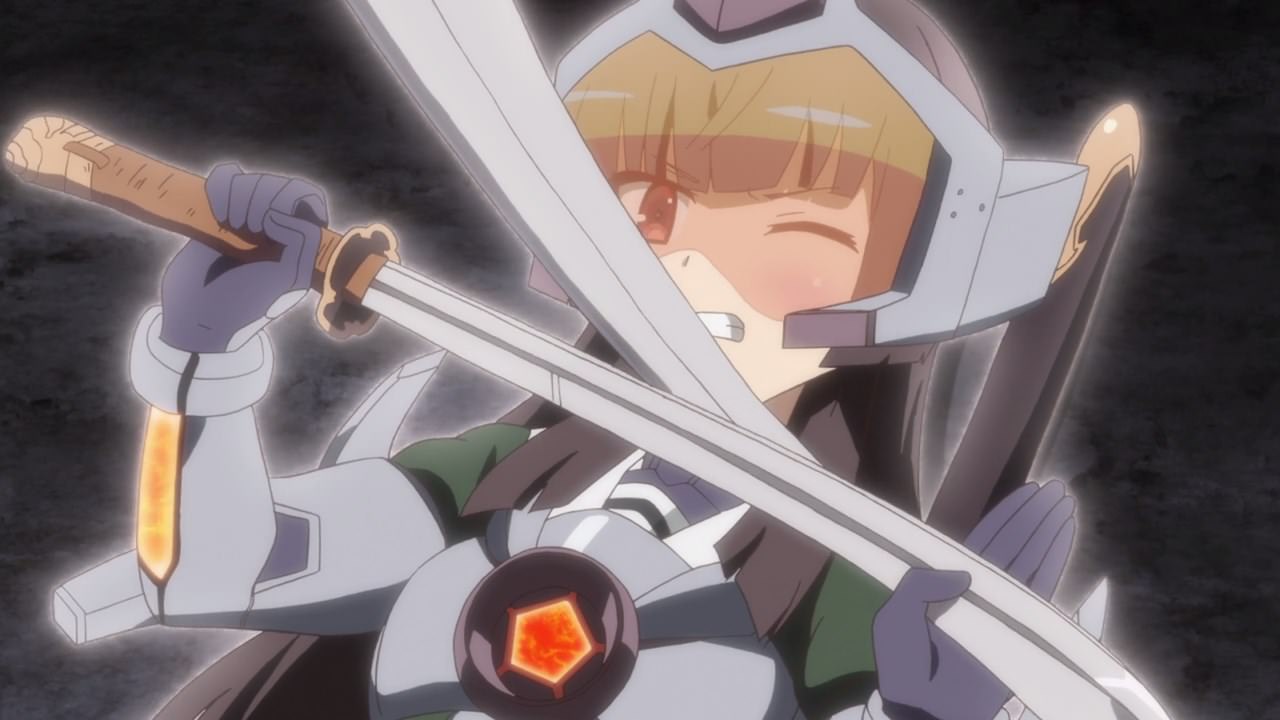 And here’s Hiyori Juujou as she’s gonna lose against Maki Shidou. Ugh, could this be the end of the line for both Hiyori and Kanami. 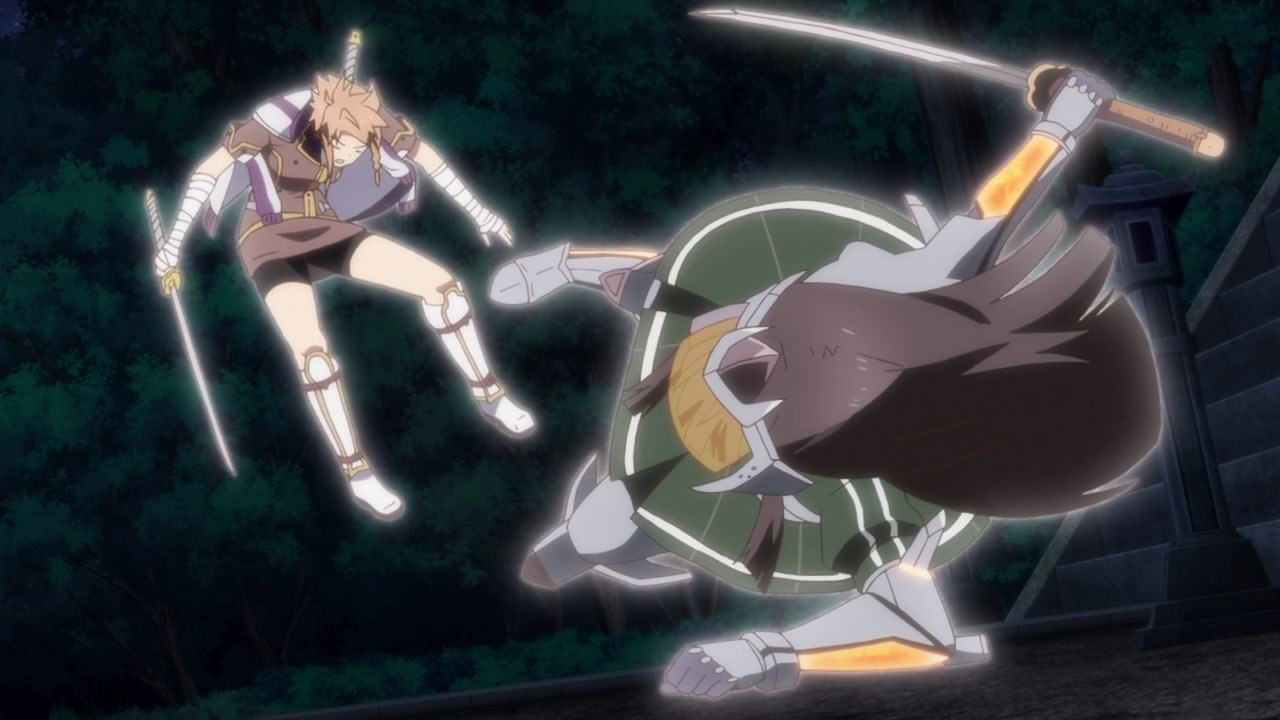 Not quite because Hiyori is not a quitter as she kicked Maki away from her to give some breathing space.

Now that Hiyori Juujou is back in action, what happened to Kanami Etou? 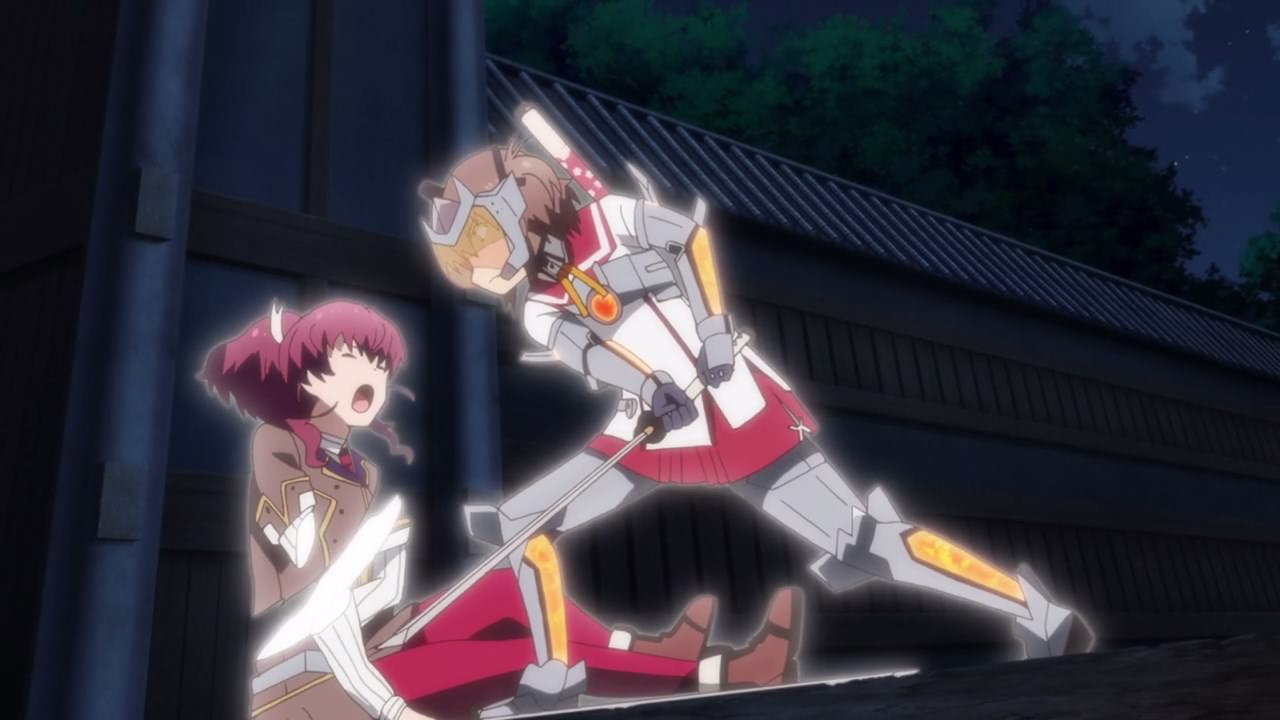 Well, she defeated Suzuka Konohana by cutting her utsushi. I have to say that Kanami is getting better in terms of her swordsmanship! 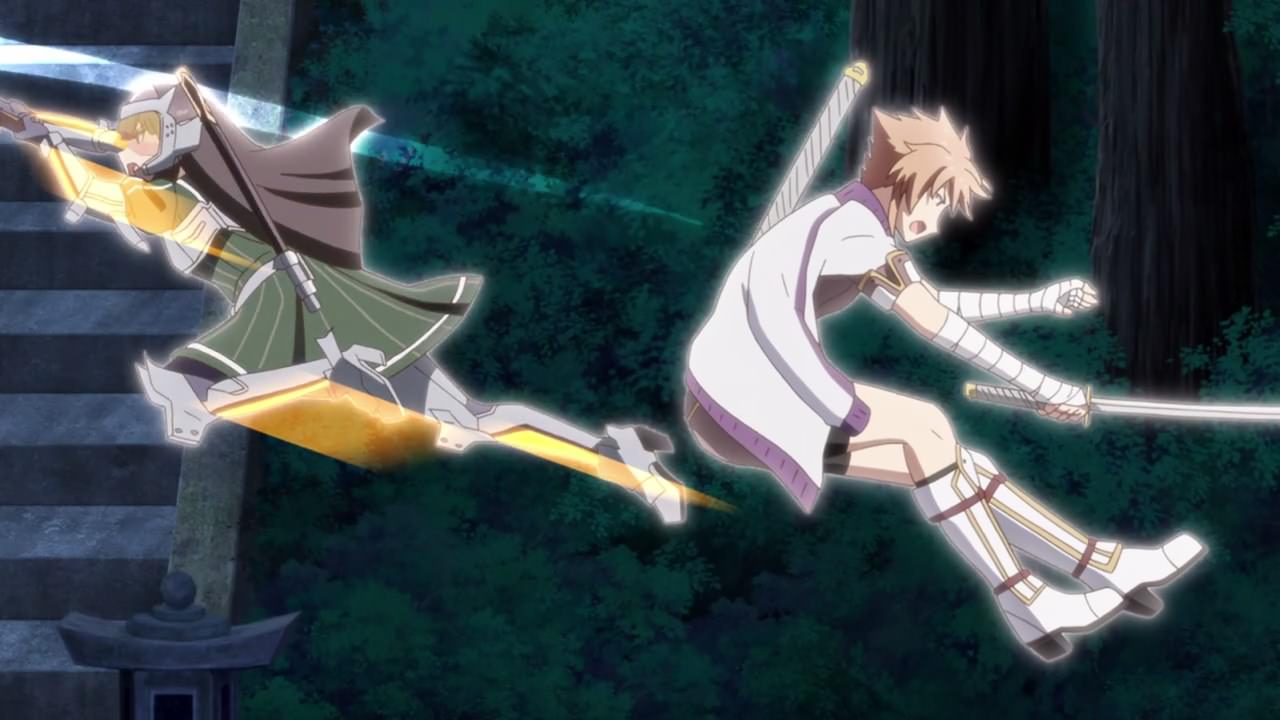 Oh, and here’s Hiyori Juujou as she defeated Maki Shidou by the skin of her teeth. Seems that the noro is not working so well for these elite guards.

With that said, both Kanami and Hiyori move onto the shrine and stop Yukari-sama. 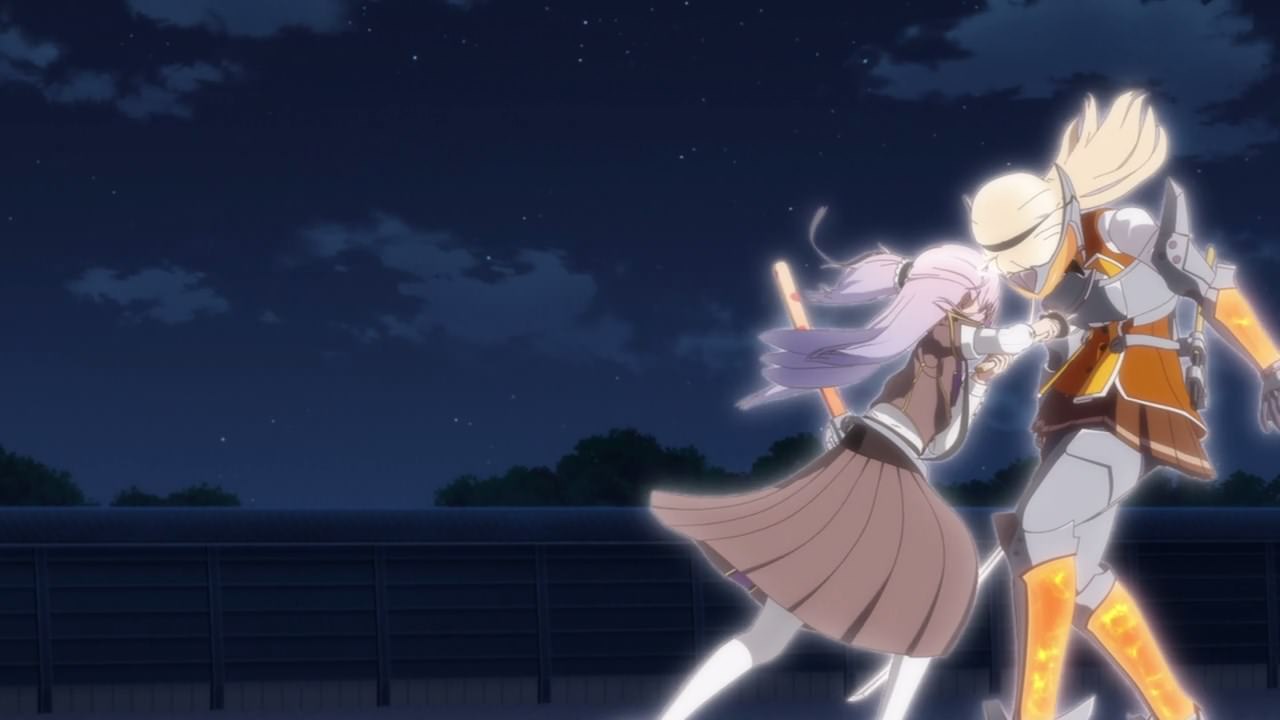 Now then, let’s go back to Yume Tsubakuro as she defeated both Ellen Kohagura and Kaoru Mashiko.

It’s not easy for Yume as she struggled to beat both opponents who used their teamwork to wear her down. 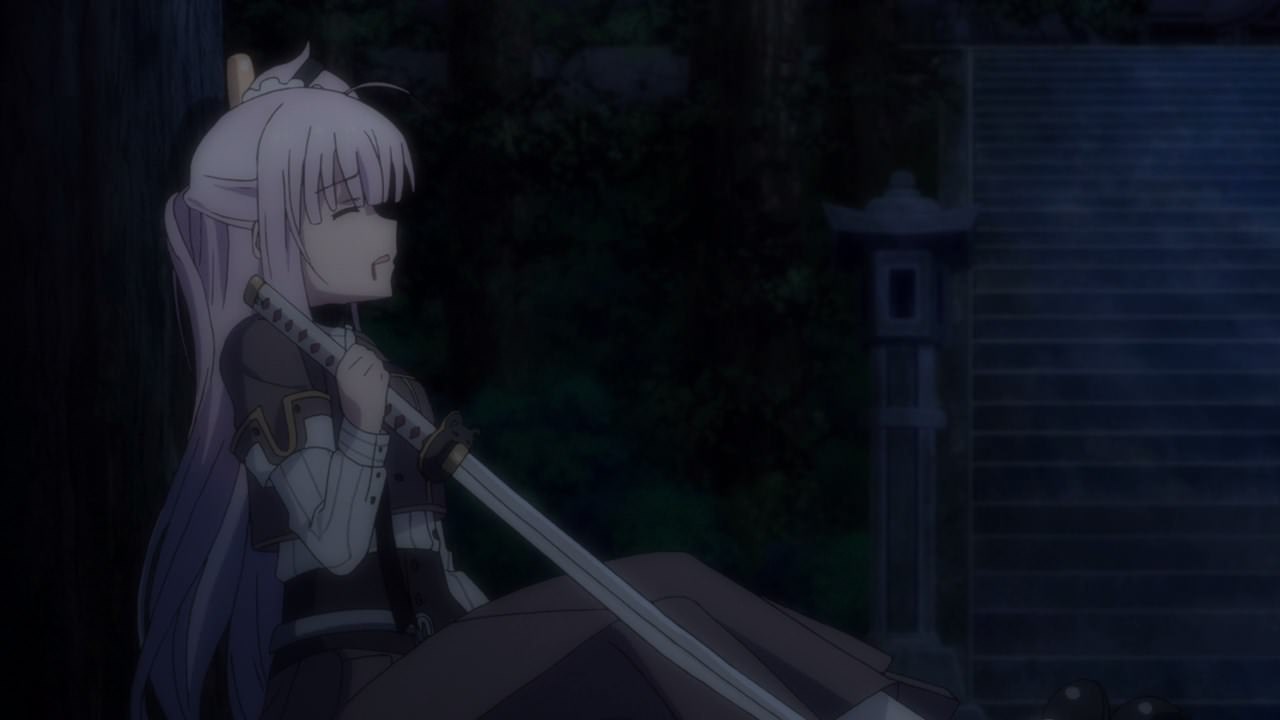 Unfortunately, Yume felt groggy as she used so much energy to beat Ellen and Kaoru.

Then again, it turns out that it wasn’t the case for this battle as Tsubakuro had a hard time keeping herself to tip-top shape whenever she goes. 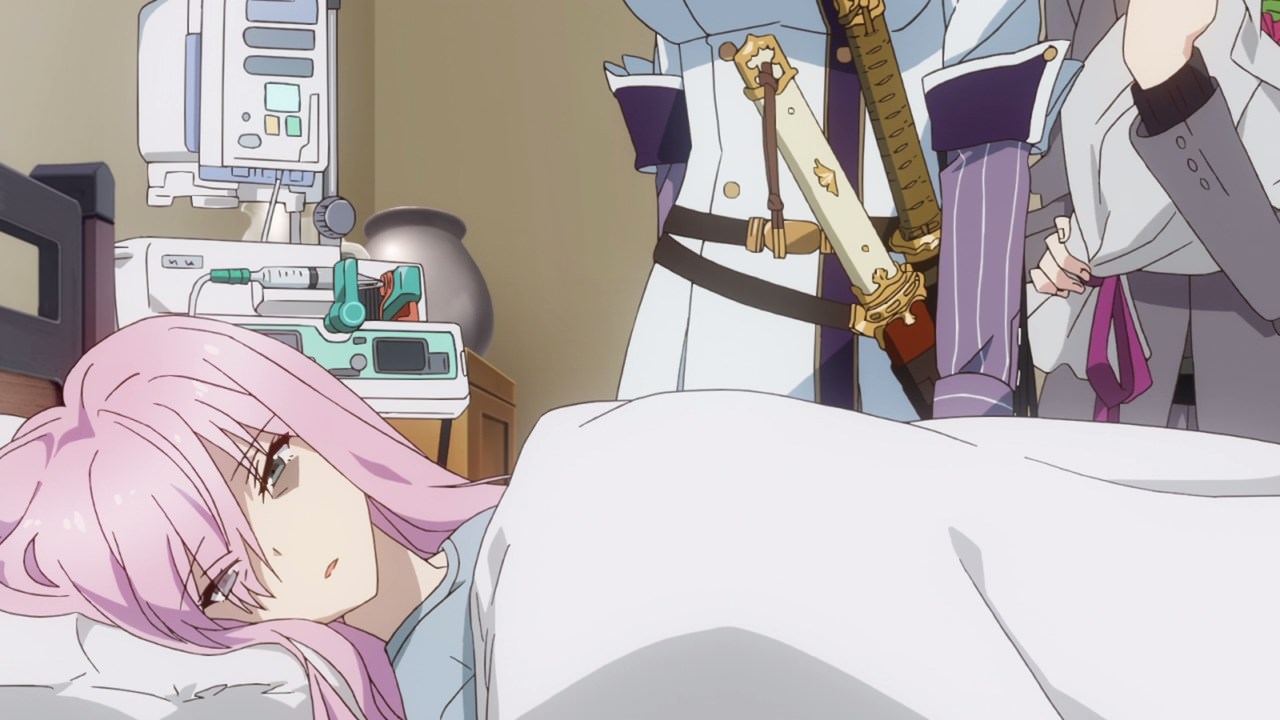 In fact, Yume Tsubakuro has a weak body despite being a gifted swordswoman. However, it wasn’t until Yukari Origami stepped in to let Yume live by giving her noro.

And because of it, Yume Tsubakuro became the strongest elite guard under Yukari-sama’s wing. Of course, she’d rather fight using her own power than resorting to cheap trick like the rest of her fellow guards. 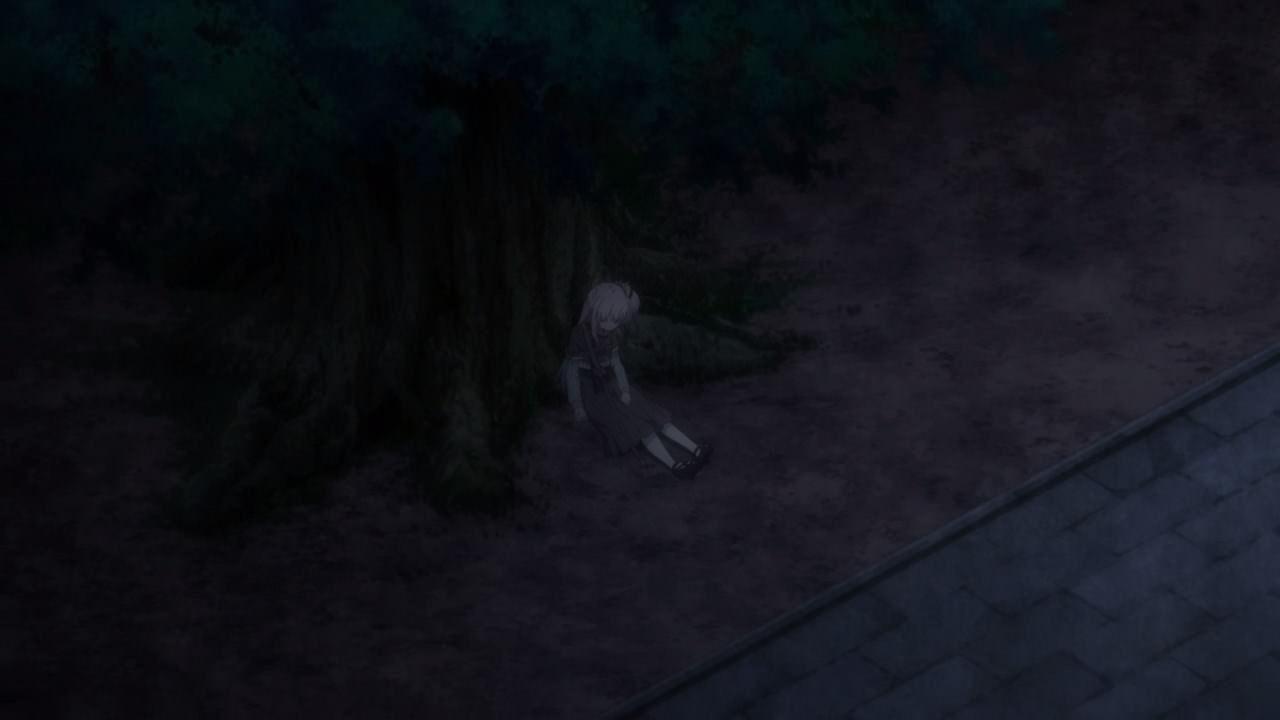 In any case, Yume Tsubakuro dies on the spot as she lost all of her energy to reach her greatest rival.

It’s sad that despite being a psychopath, Yume has her own sense of honor when it comes to fighting against stronger foes without using noro to power herself up. 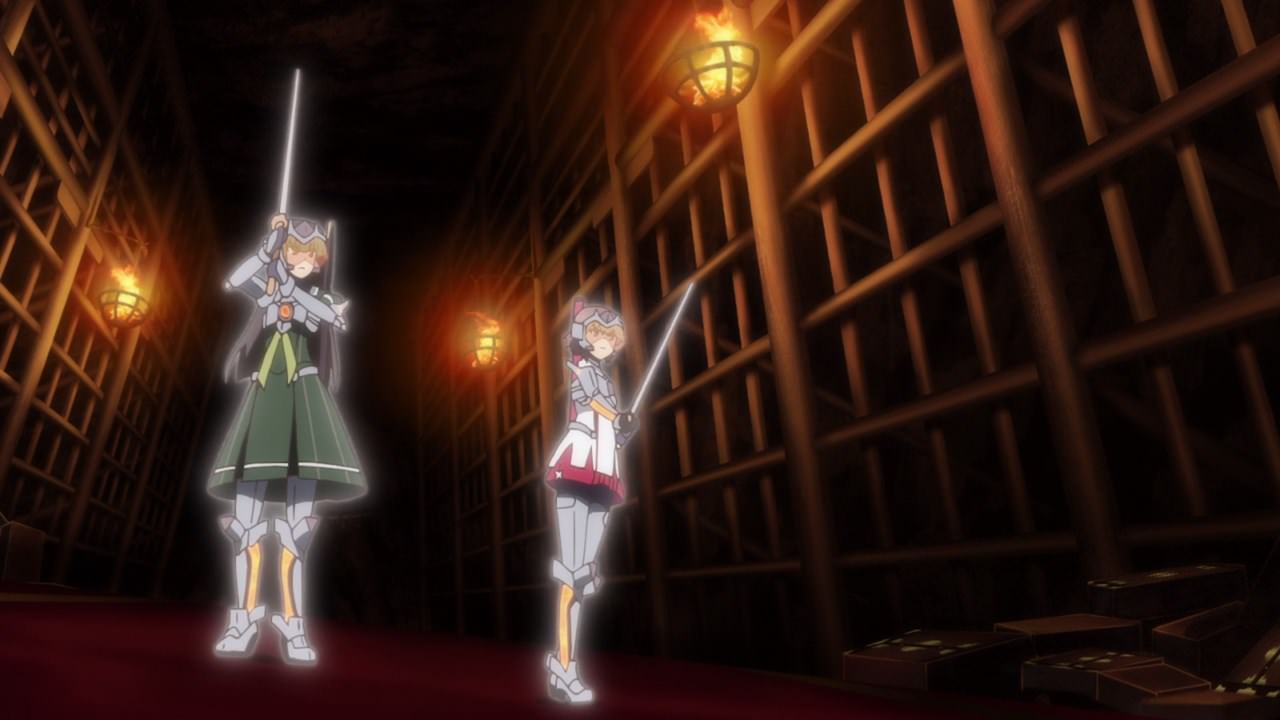 Now then, let’s go back to both Hiyori Juujou and Kanami Etou as they reached the shrine of the Origami family.

Unfortunately, it appears that they’re too little too late to stop Yukari Origami at this point… 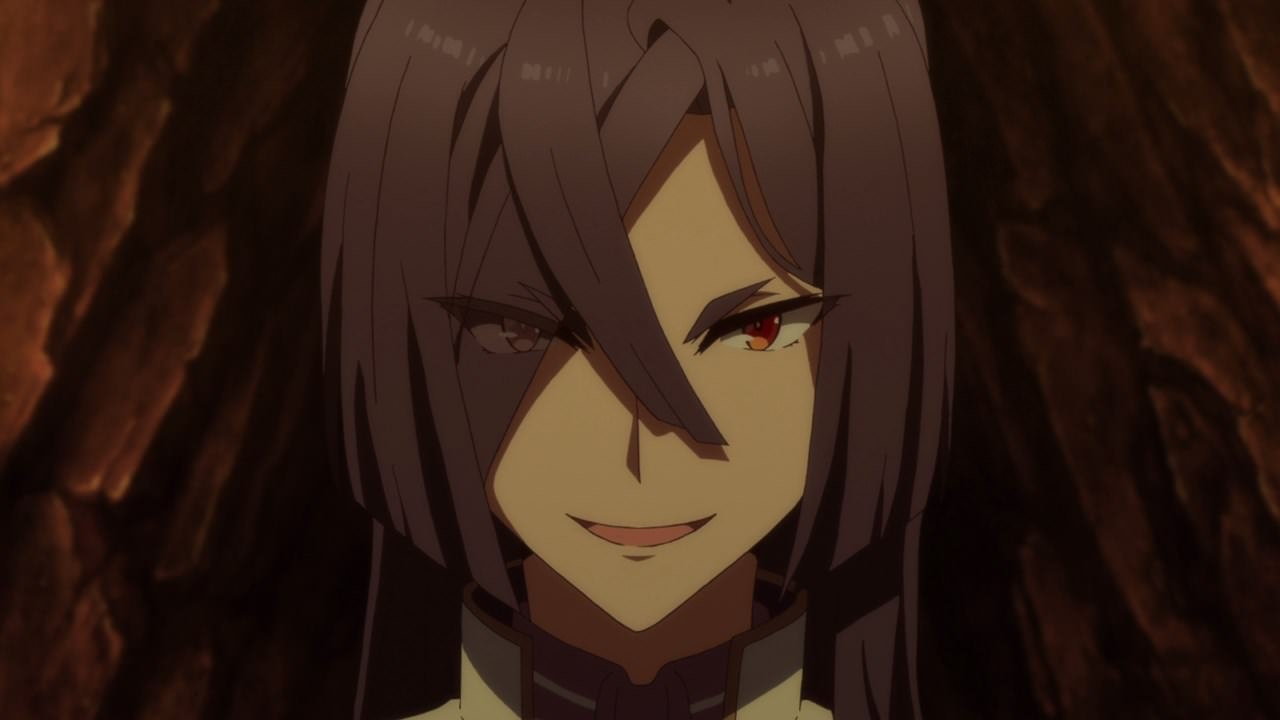 …as she emerged from her secret chamber, ready to unleash hell as Yukari-sama is fully-powered up. And with little time left on their S Equipment, both Kanami and Hiyori will have a hard time defeating her.

With that said, I’ll see you next time for the final battle. But then again, Toji no Miko won’t end like that!