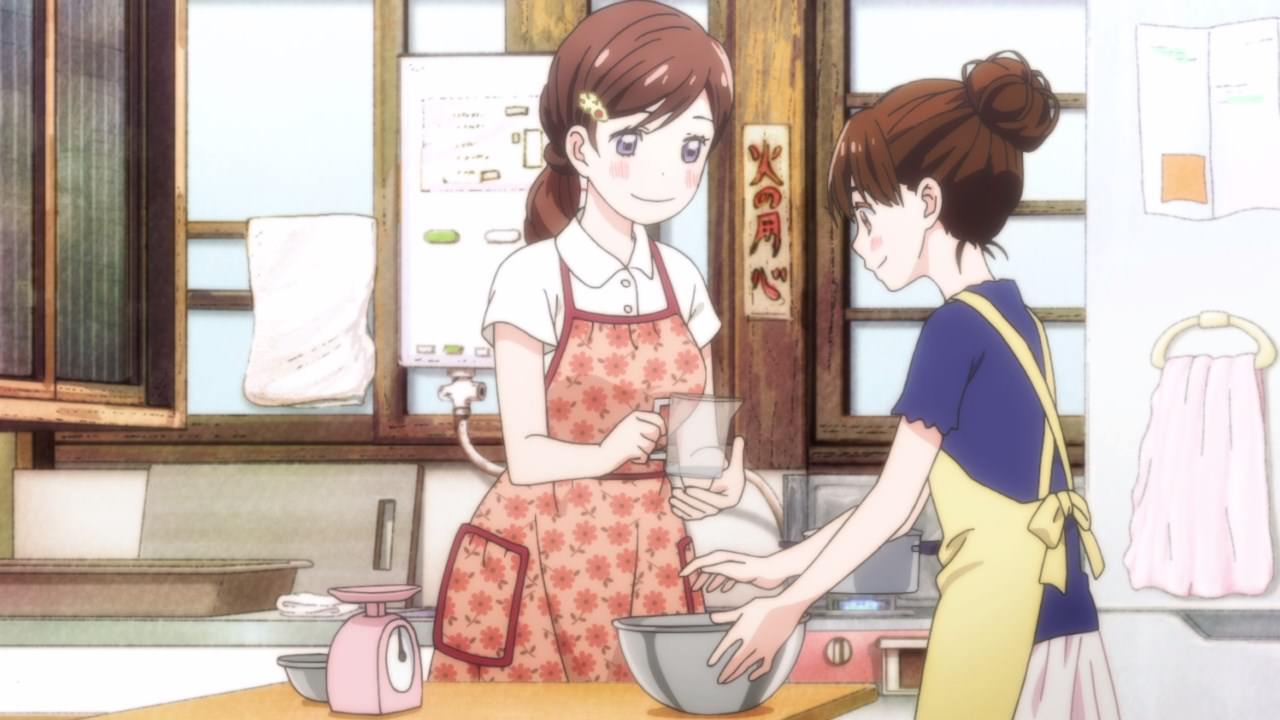 So after that intense Kishou tournament from the previous two episodes, we’re back at the Kawamoto residence where Akari and Hinata are making chilled rice dumplings for the upcoming summer festival. 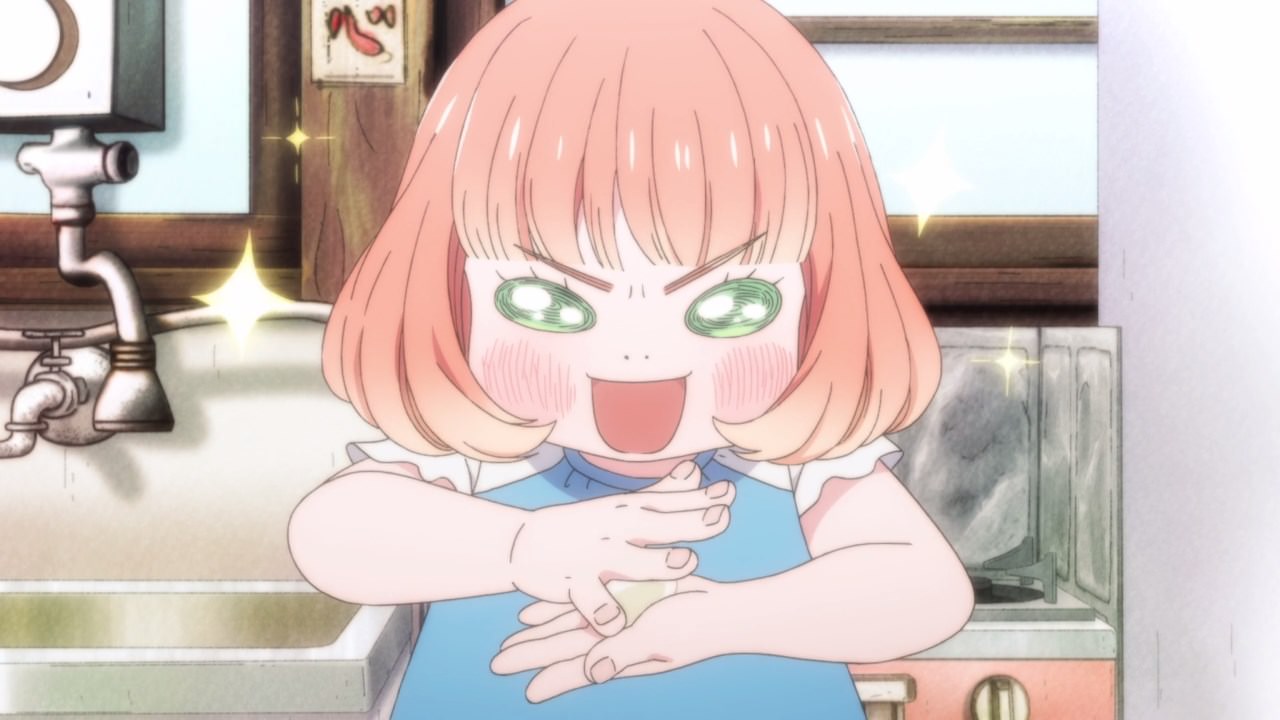 Oh, and Momo is here to help her sisters out. Damn, she’s so cute when kneading the rice dough! 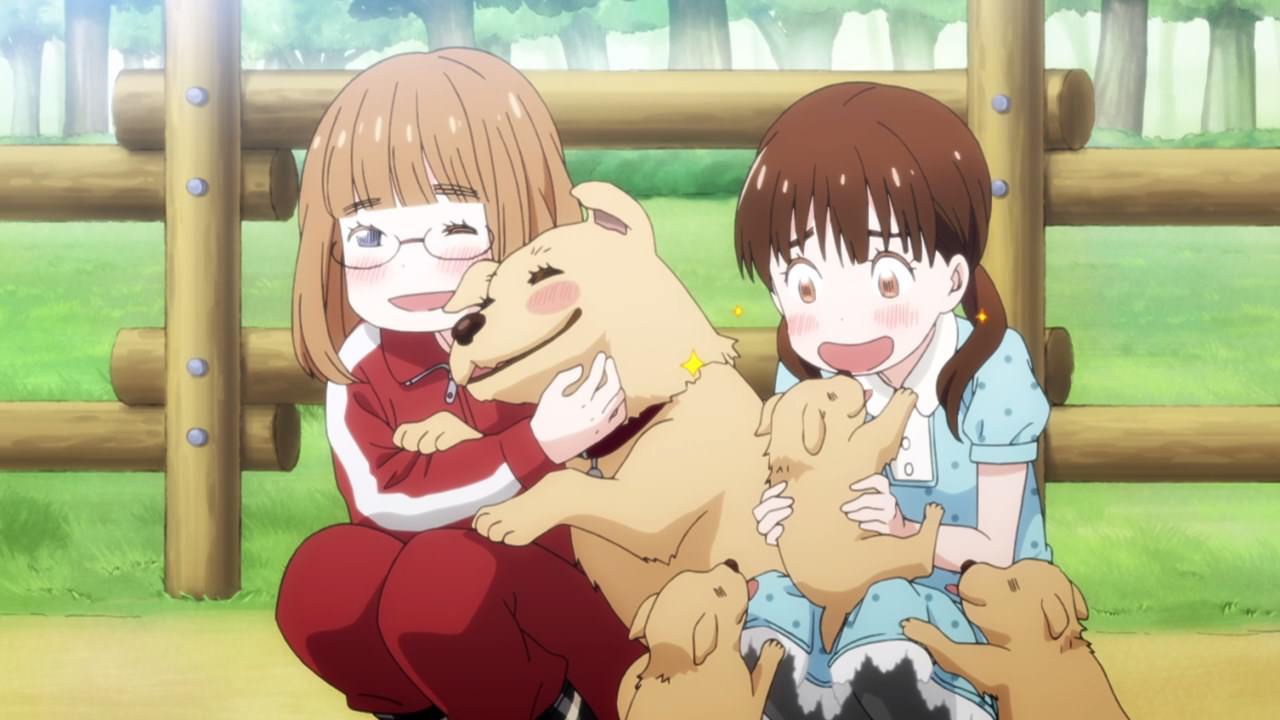 Meanwhile, both Akari and Hinata Kawamoto went to see Chiho Sakura who is doing well at the rehabilitation center.

Of course, she’s still not fully-recovered as Chiho freezes where she saw girls at her age. While it’ll take more time to overcome the trauma, let’s hope that Chiho will do her best to get past it. 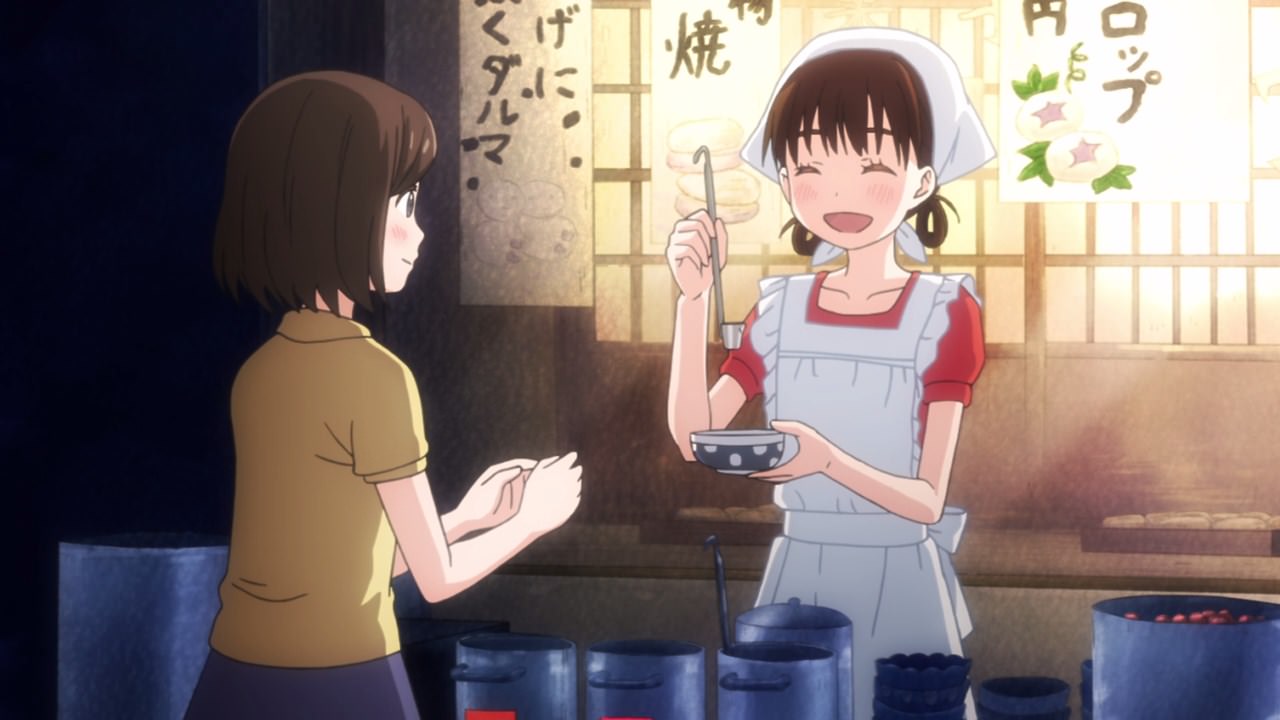 Now then, let’s go back to the Kawamoto residence as the sisters are serving up chilled rice dumplings to customers.

By the way, the customer can select a variety of syrup ranging from green tea to plum. 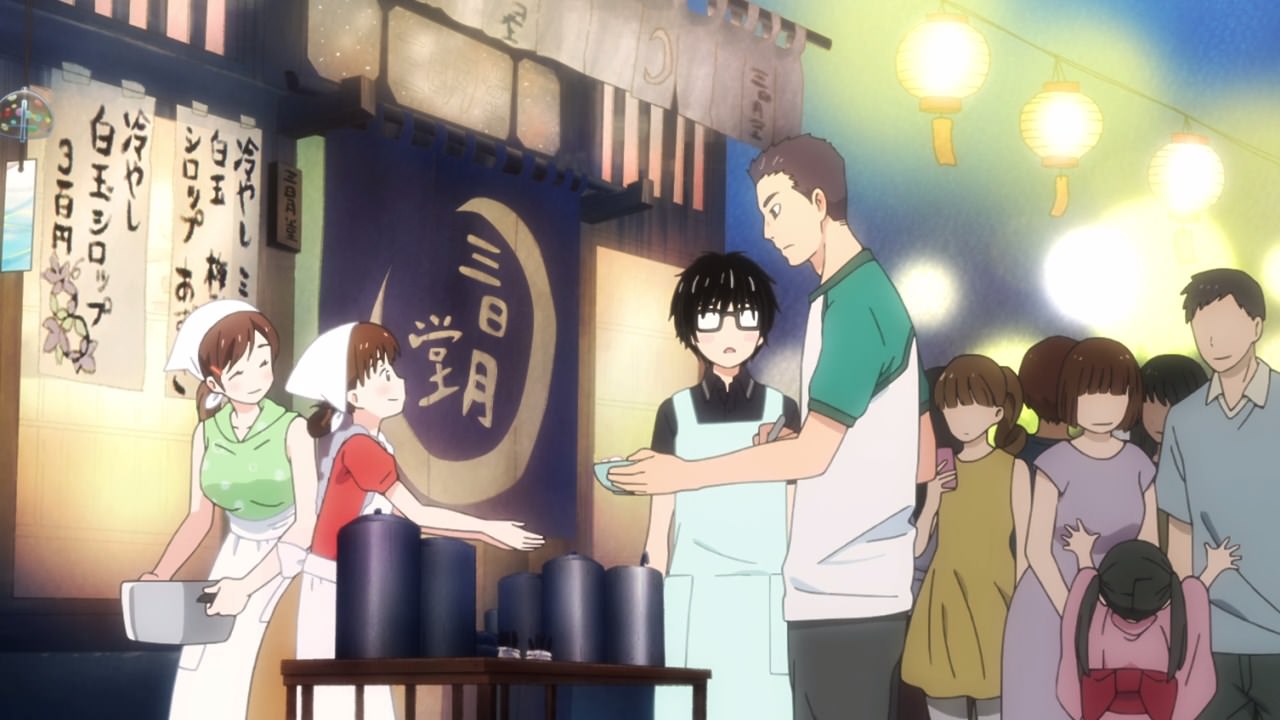 Oh yeah, here’s Rei Kiriyama over there as he’s currently helping the Kawamoto sisters on their food stall.

Then again, he was stunned as Rei-kun saw Yuusuke Takahashi who is taller than the last time he saw Hina’s friend. 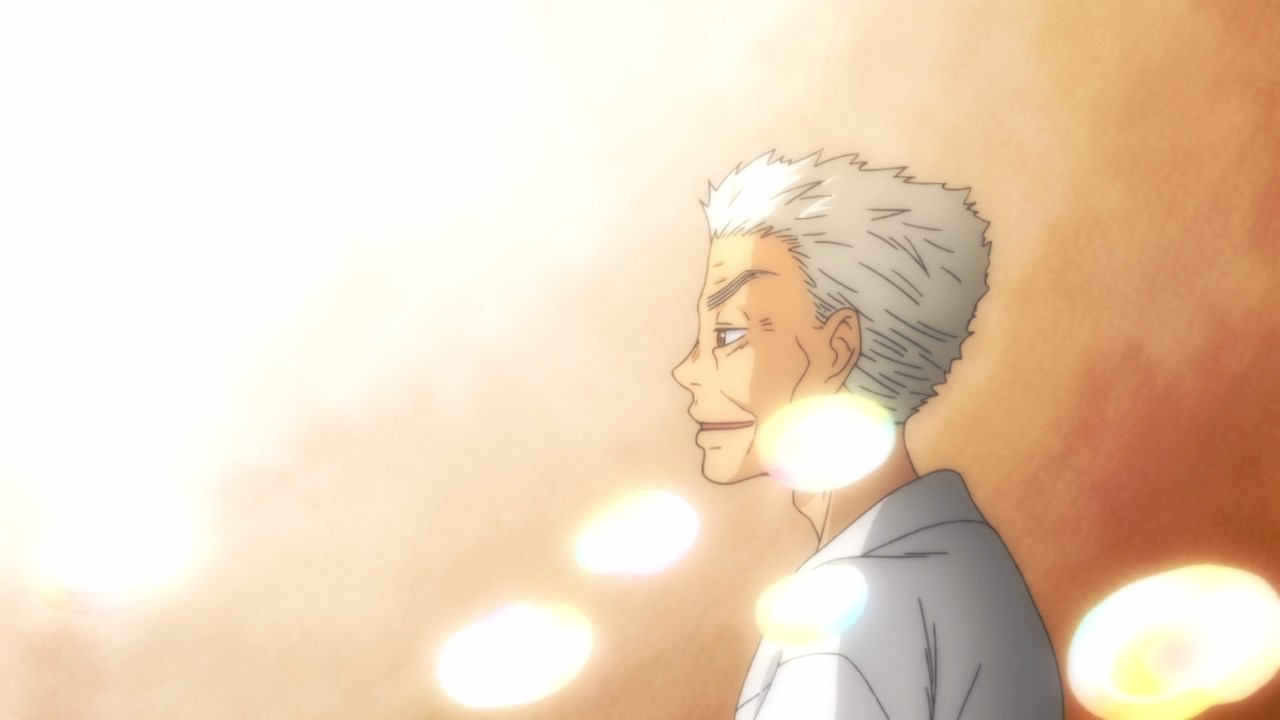 And here’s Someji Kawamoto as he’s blessed that his grand-daughters are great saleswomen. Heck, Someji-san thinks that they’ll take over the family business someday.

With that said, the Kawamoto family earned lots of money after selling out their chilled rice dumplings. Well, I’m glad that they’re in the black! 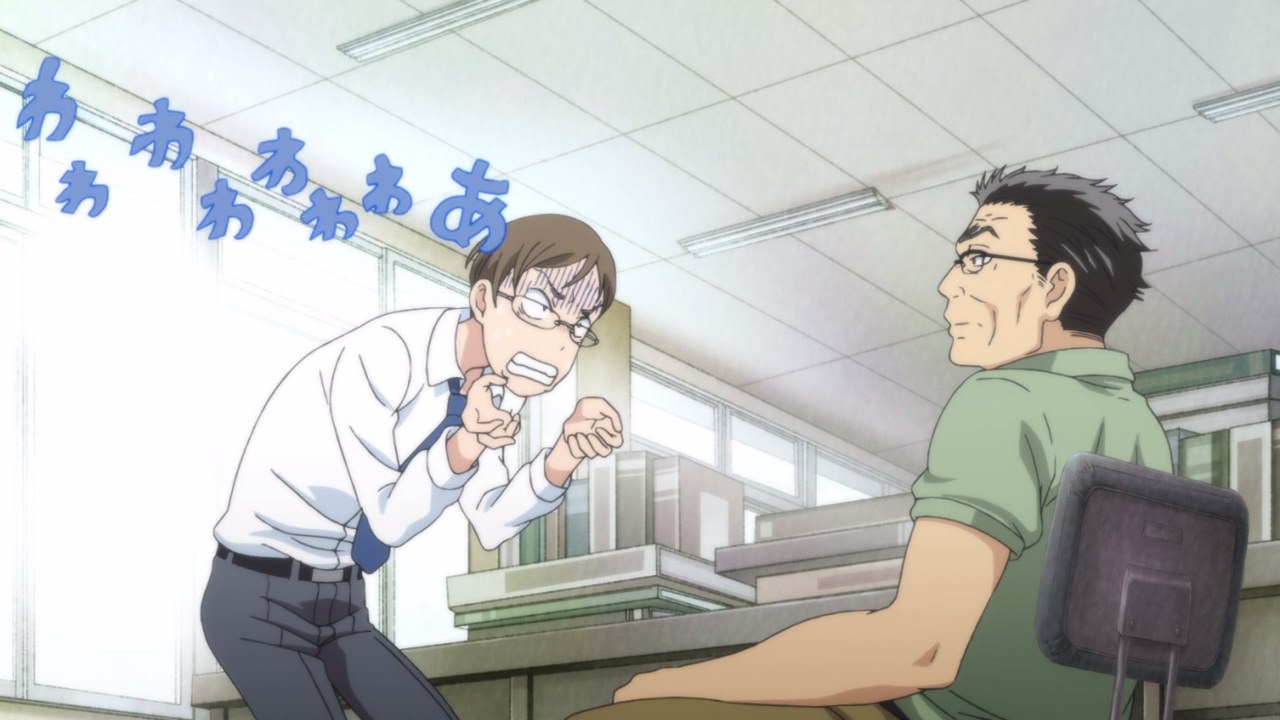 One last thing, it appears that Kokubu-sensei will be stepping down as the interim homeroom teacher for Class 3-A as his replacement Komigawa will take over. C’mon, he can’t handle two classes at once.

Of course, Komigawa-sensei is very afraid on confronting the notorious class, especially Megumi Takagi and her mother. Even though the bullying is officially over, the wounds still remain on that class. 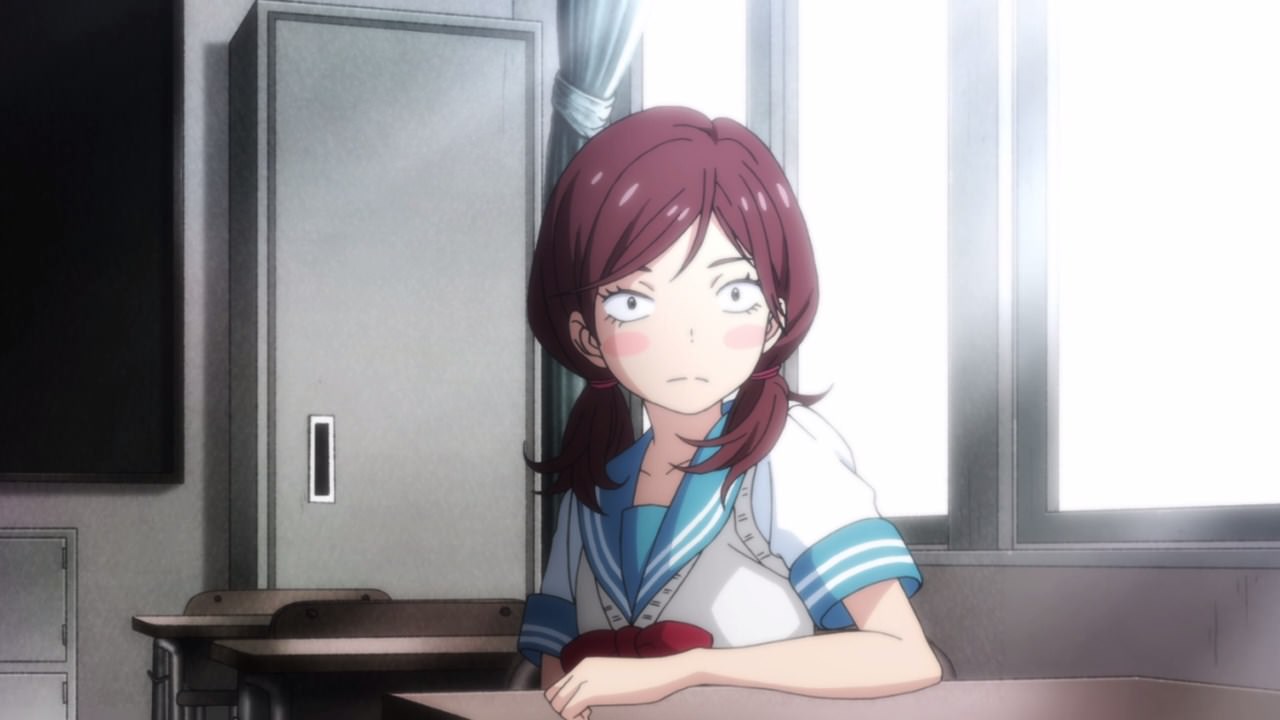 And here’s Megumi Takagi, you know the girl who started this mess because it turns out that’s anxious about her future.

Heck, she doesn’t know what she’ll do next in her life. It’s no wonder why Megumi let out her frustration by bullying others. 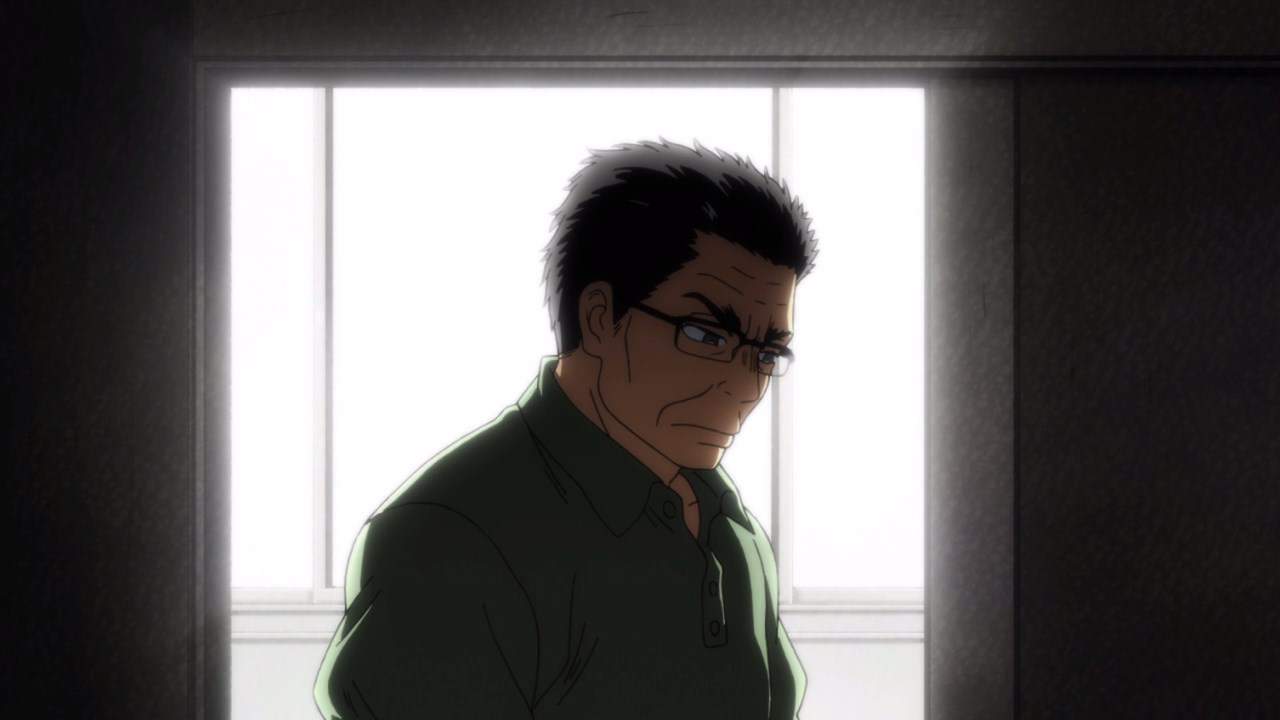 But you know what, Kokubu-sensei told Megumi Takagi that she should know more about her capabilities and if she found it lack, it’s okay to be disappointed because it’ll make her understand on what she’ll do in the future.

Anyways, let’s hope that Takagi will take Kokubu-sensei’s advice serious in order to relieve her incredible anxiety. And with that, Kokubu-sensei’s role as Class 3-A’s interim homeroom teacher is over. 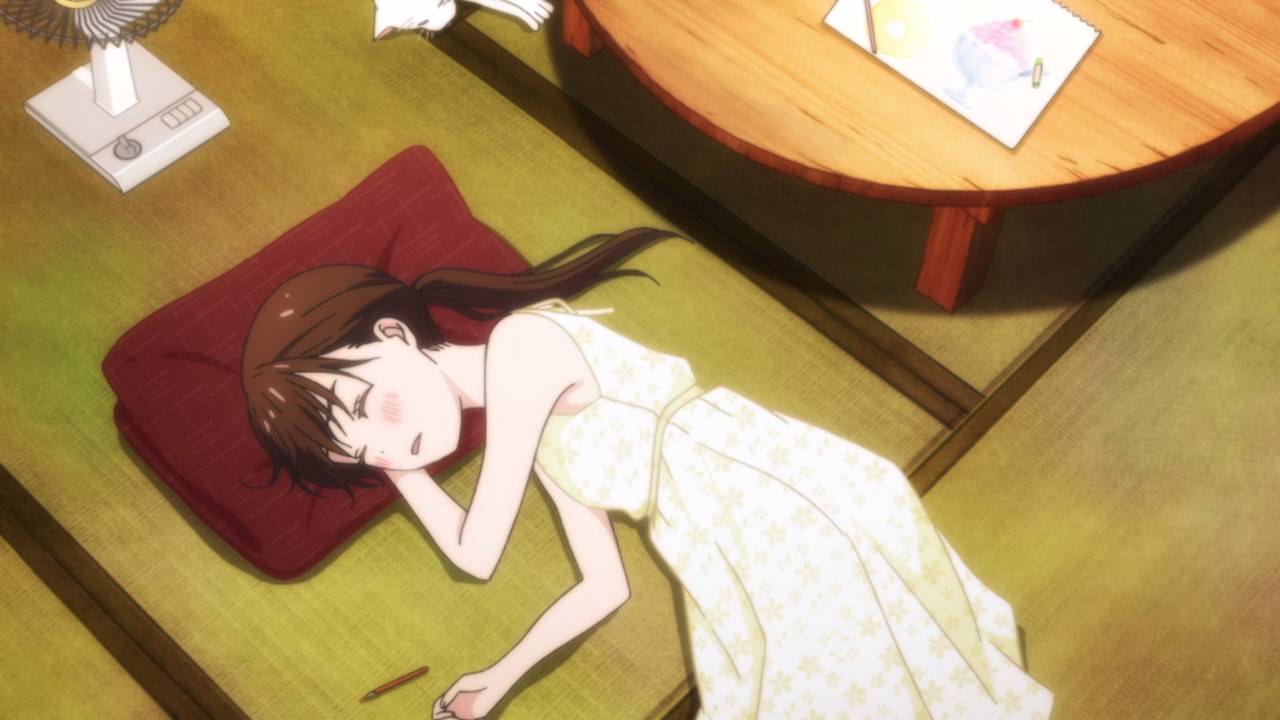 Now then, let’s end this episode as Hinata Kawamoto sleeps after brainstorming some ideas for Mikazuki’s next product. Isn’t it nice that she has a future ahead, but Hina-chan will need to pass the entrance exam first.

And that’s about it for this week’s episode and I’m glad that the Kawamoto family has returned for this occasion. Of course, we still have 3 more before closing this 2nd season out!