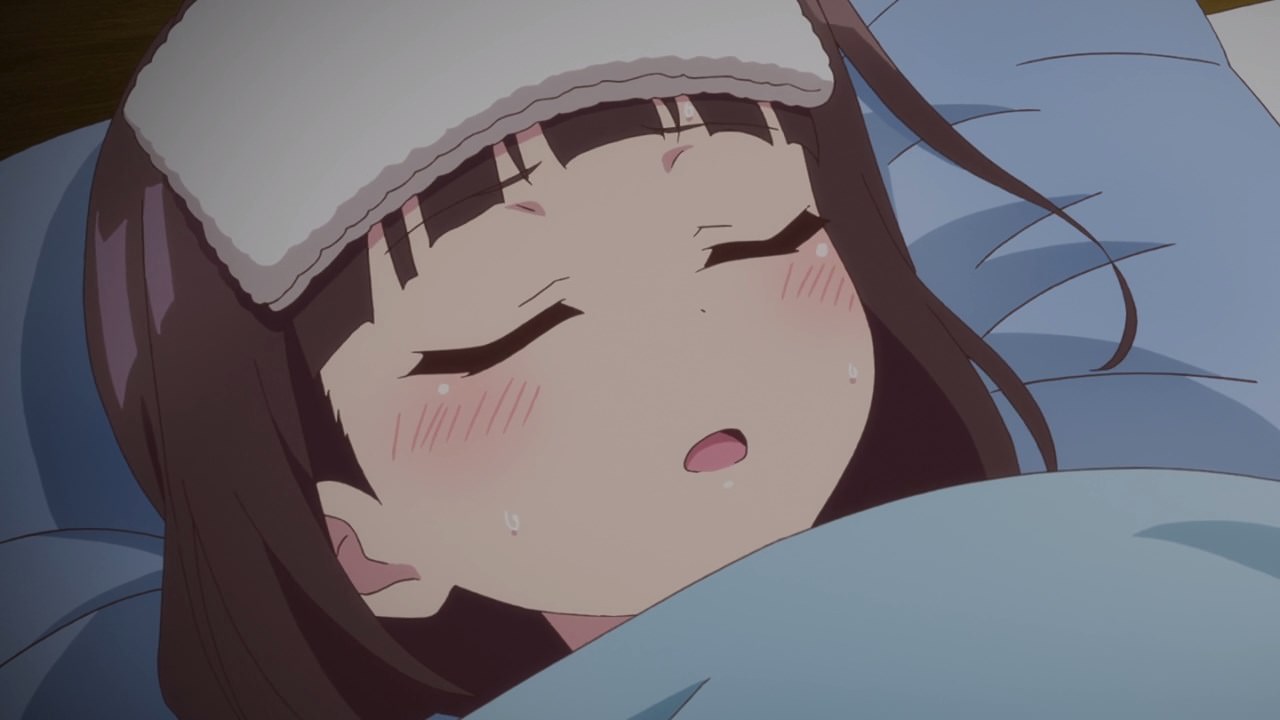 Well, it appears that Ai Hinatsuru is okay as she was taken to the Kiyotaki residence. While she’s in good health for now, Ai-chan fainting at the end of the previous episode scared me a bit. 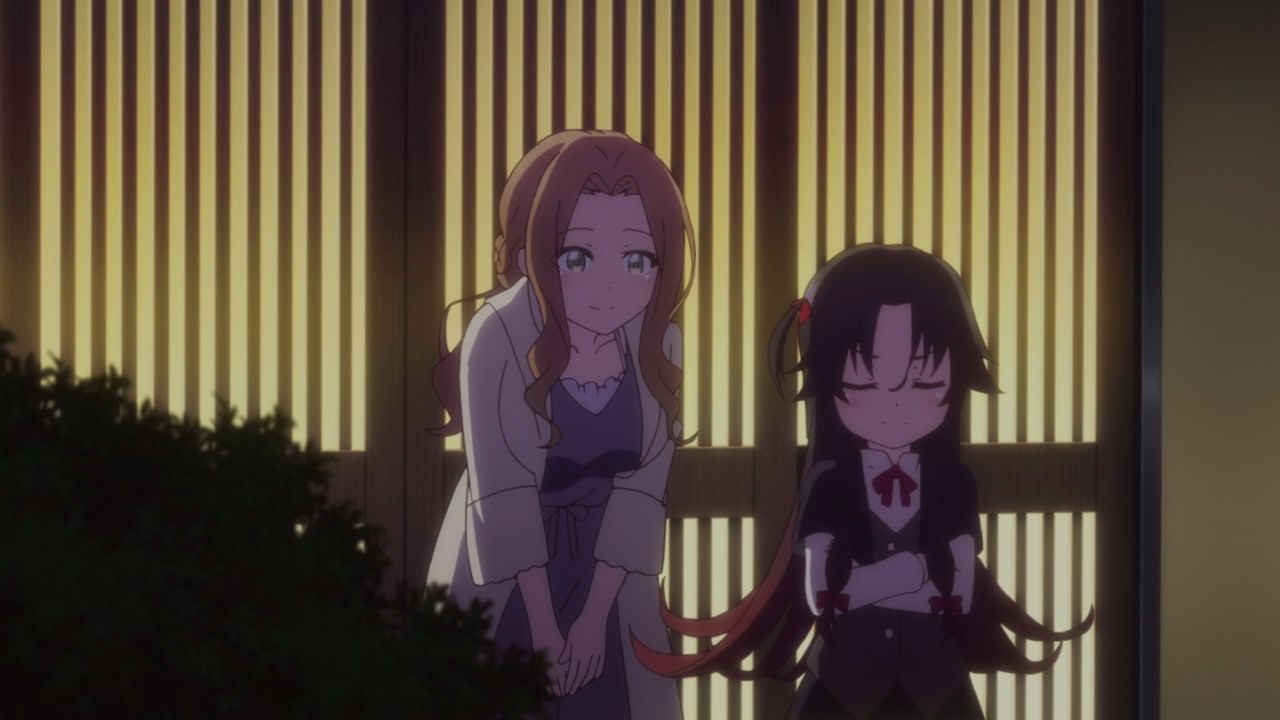 Fortunately, Ai Yashajin and her aide managed to bring Hinatsuru back to the Kiyotaki residence where Keika-san thanked her for bringing Ai-chan in.

In any case, I’m glad that Ai Hinatsuru is safe, but I’m worried about her master since he’s struggling to find ways to defeat the unbeatable Meijin. 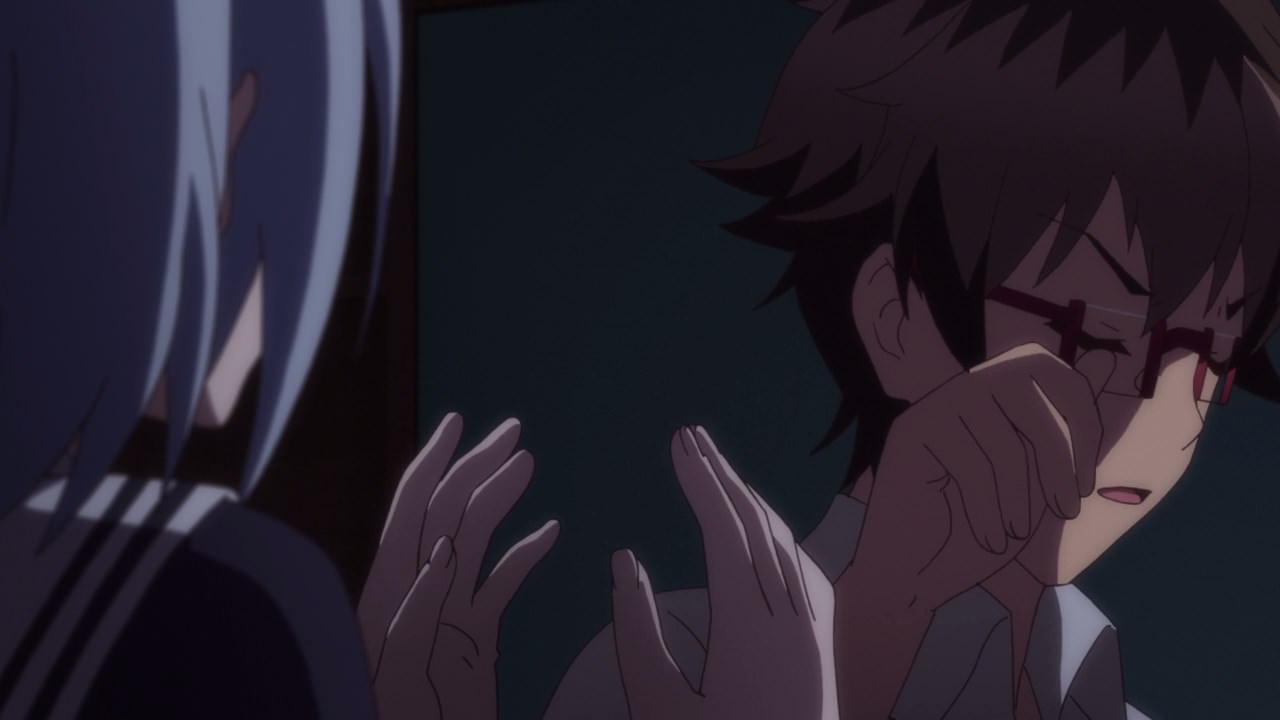 And speaking of Ai Hinatsuru’s master, Yaichi Kuzuryuu is getting annoyed at Ginko Sora so he told his sis to leave.

Hello Yaichi, Ginko is worried about you. Not just her, but everybody who knows about you! 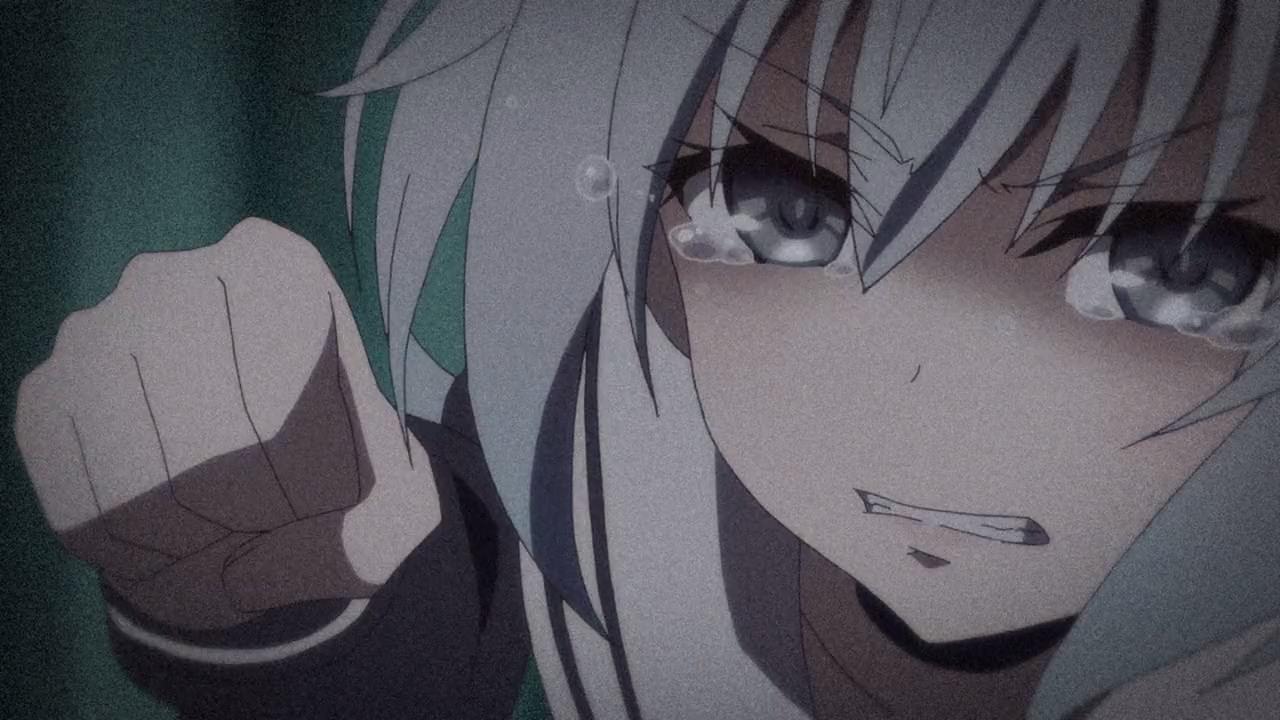 But seriously, what Yaichi did was disrespectful as Ginko punched him in the face for being so arrogant. 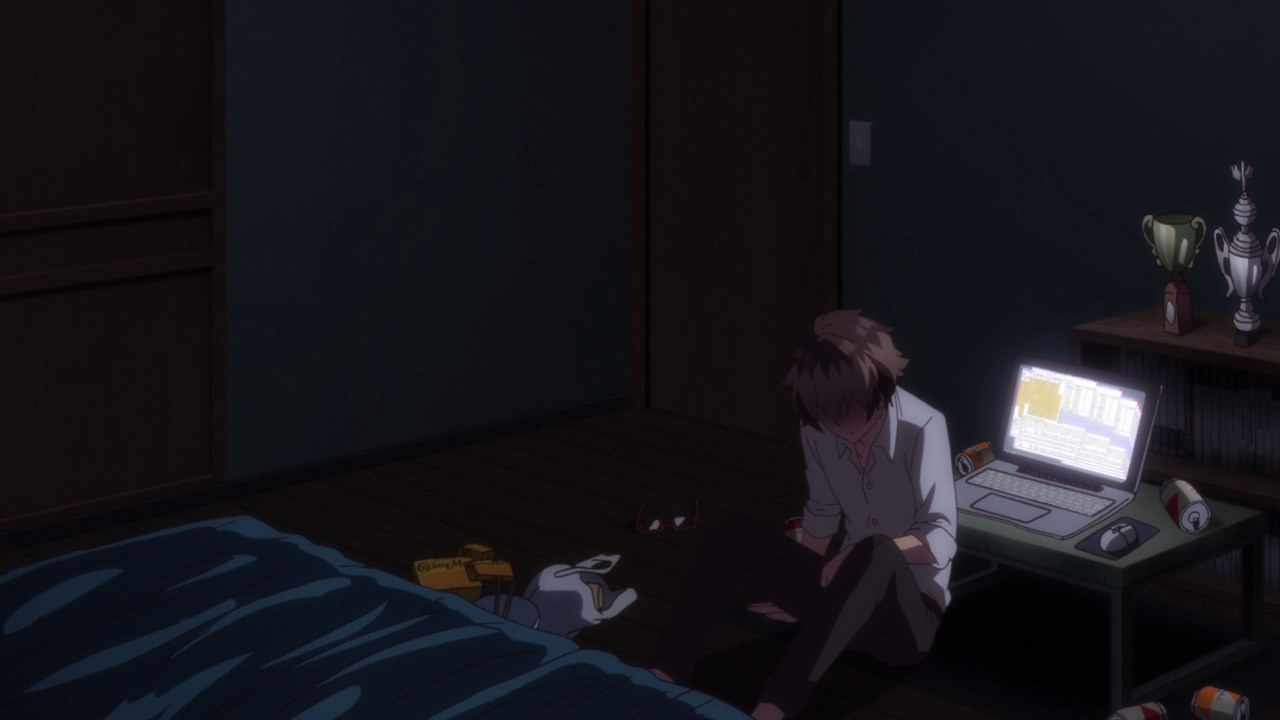 Well, looks like Yaichi Kuzuryuu will have to re-assess himself because he’s pretty much occupied about his Ryuuou title being taken away by the Meijin. 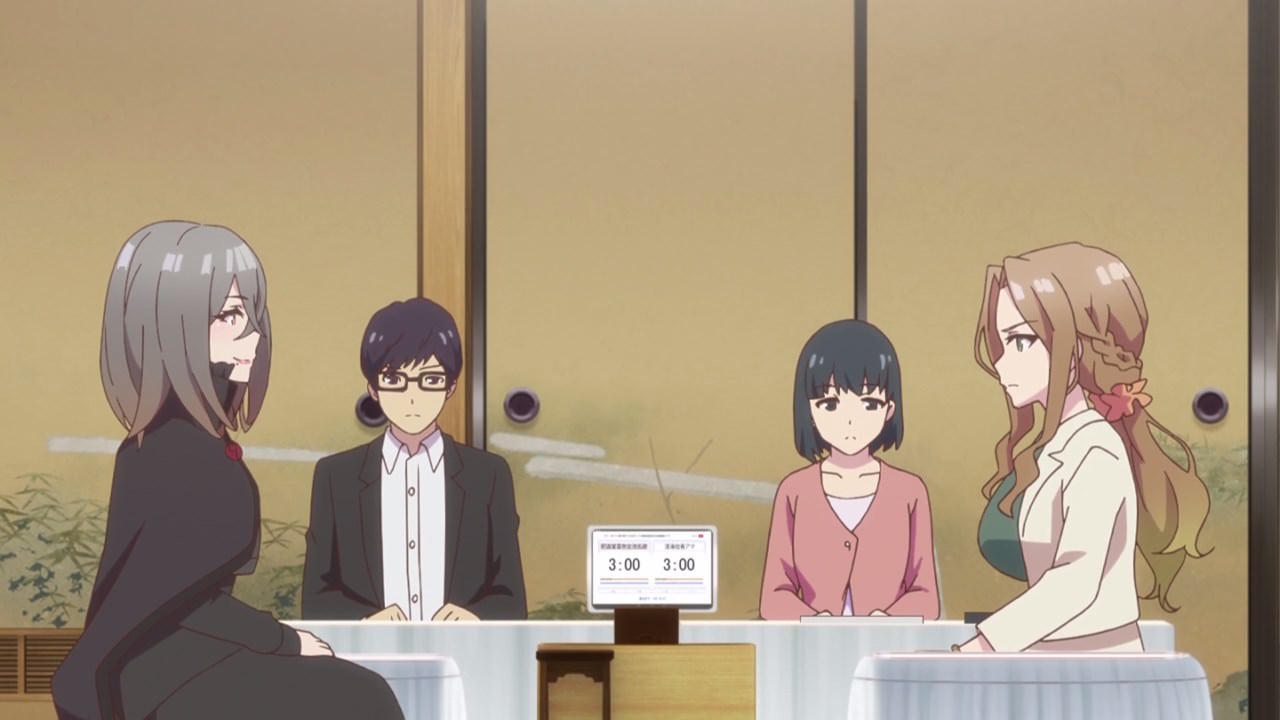 Now then, let’s move onto the first round of the Mynavi Women’s Open where Keika Kiyotaki will face the legendary female professional player Rina Shakando.

This is an important match for Keika-san as winning it against Rina Shakando will qualify her to become a professional player. So yeah, it’s a high-stakes battle between an amateur and a professional. 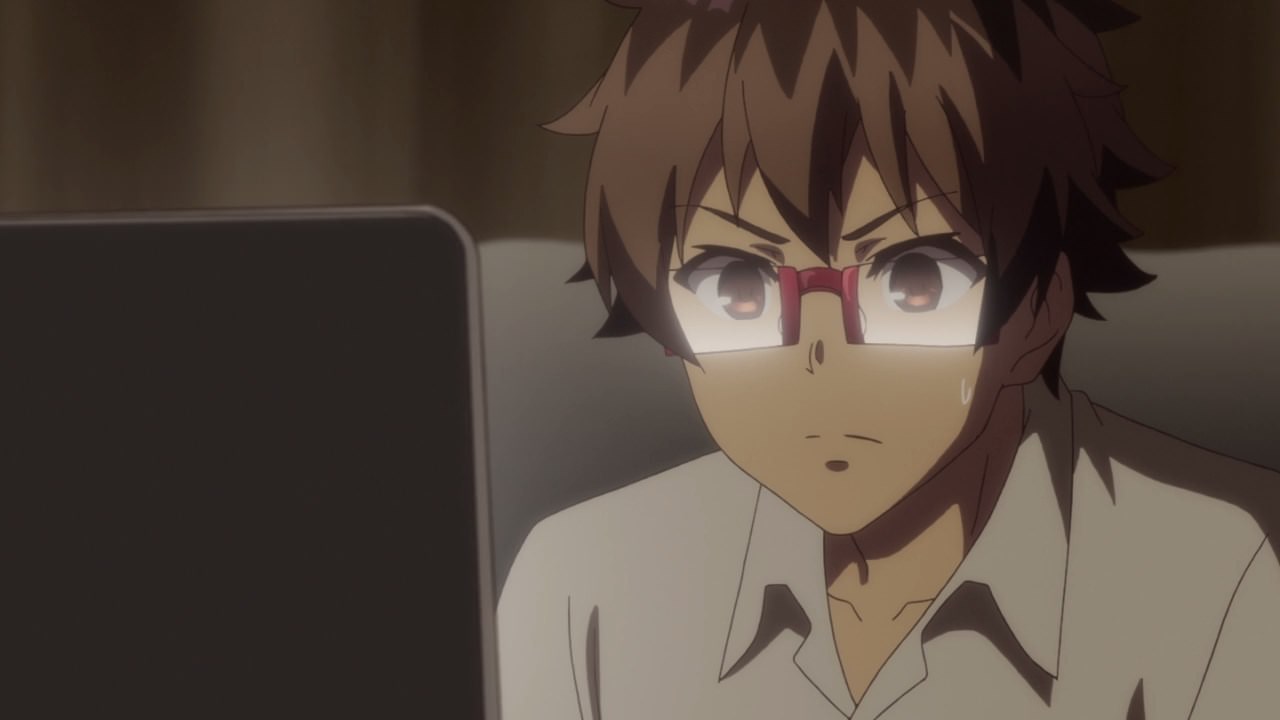 Oh yeah, and it appears that Yaichi Kuzuryuu tuned-in for a change of pace. I mean, he’s getting stressed on coming up strategies to beat the Meijin most of the time.

Also, this is a chance for him to learn something from this match since Yaichi relies on past records. Of course, the level of this match is not the same as the prestigious title matches, but what’s important is how emotions are poured especially from Keika Kiyotaki who wanted to become a female professional player so badly. 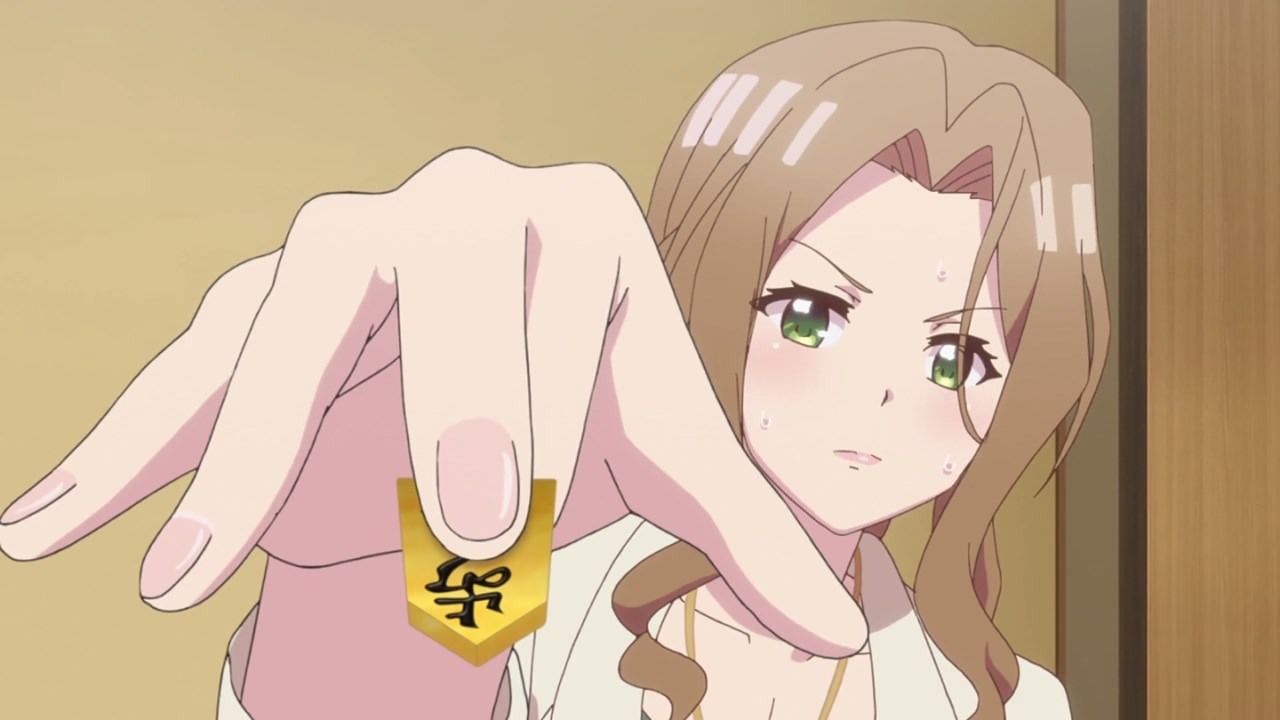 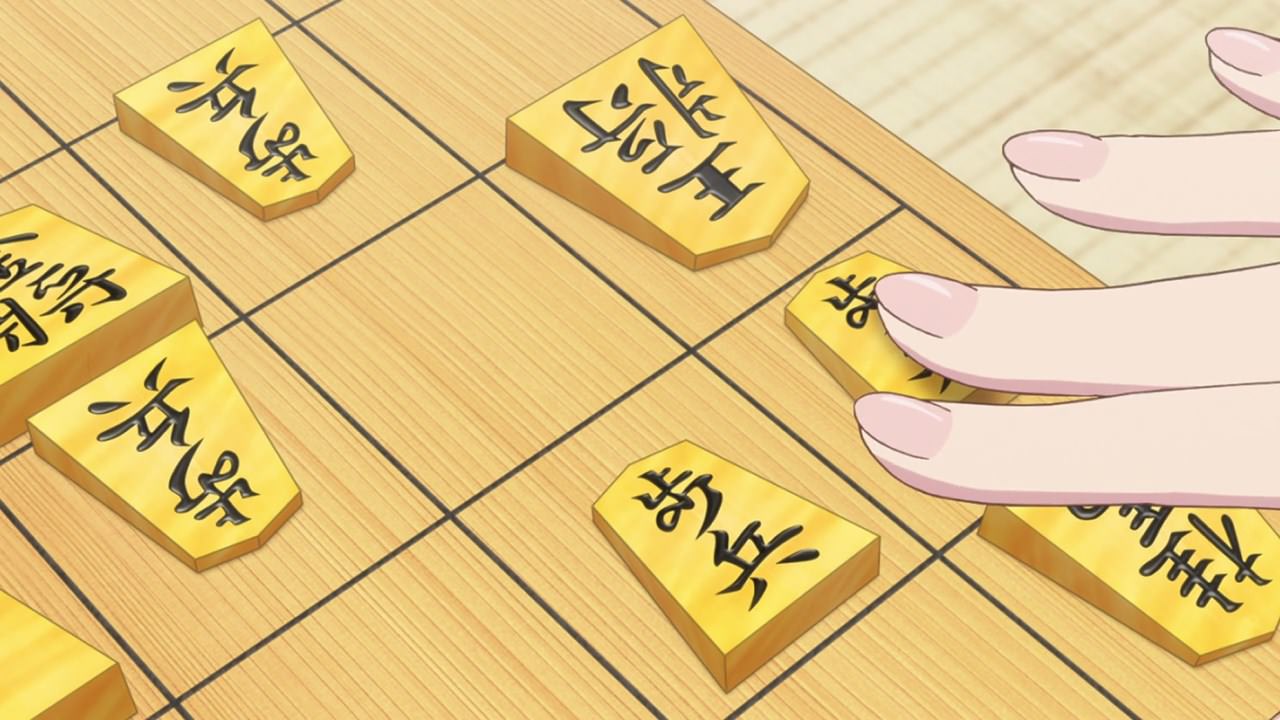 …by dropping her pawn towards Shakando’s king at 9-5. This could be the decisive move right there. 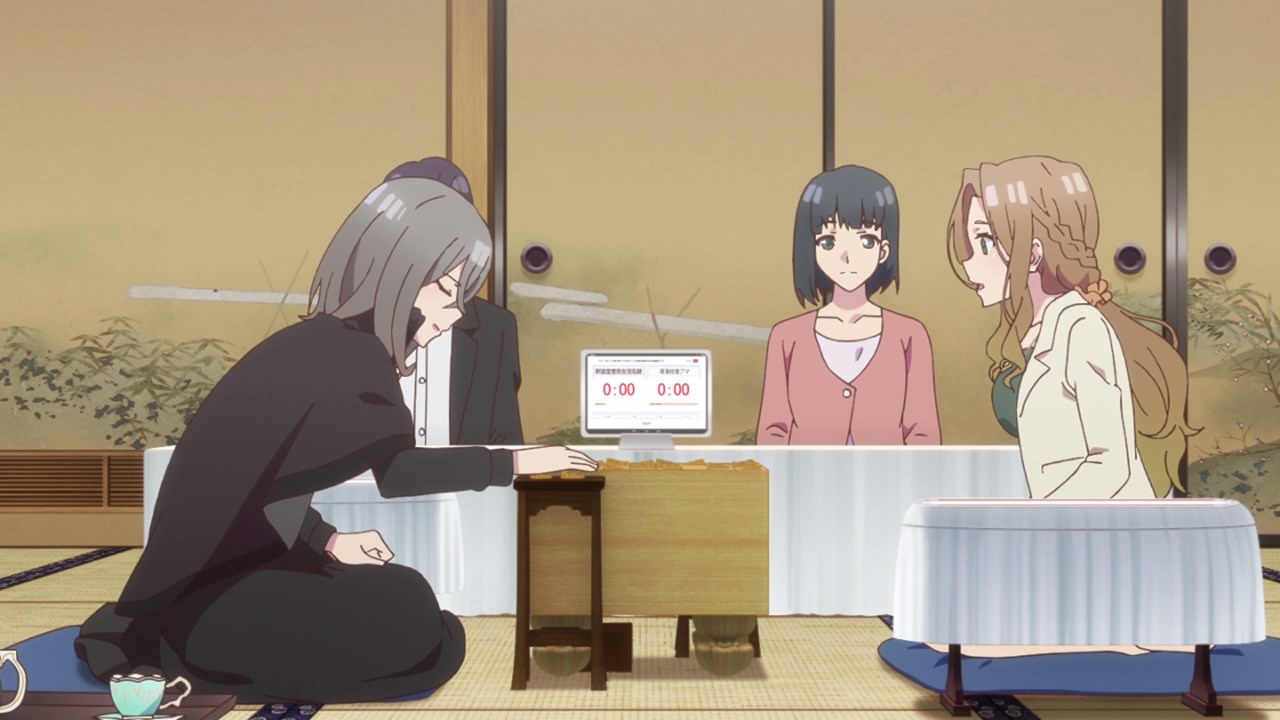 And surprisingly enough, Rina Shakando conceded as she has no more moves to counter. With that said, the match is over as Keika Kiyotaki claimed victory in which she’ll be qualified to earn the professional player licence.

For Keika-san, it was pure jubilation as her efforts have finally paid off. But for Yaichi, seeing this match has made him realized that they pour their hearts and minds to overcome difficulties not just for their sake, but for others as well. 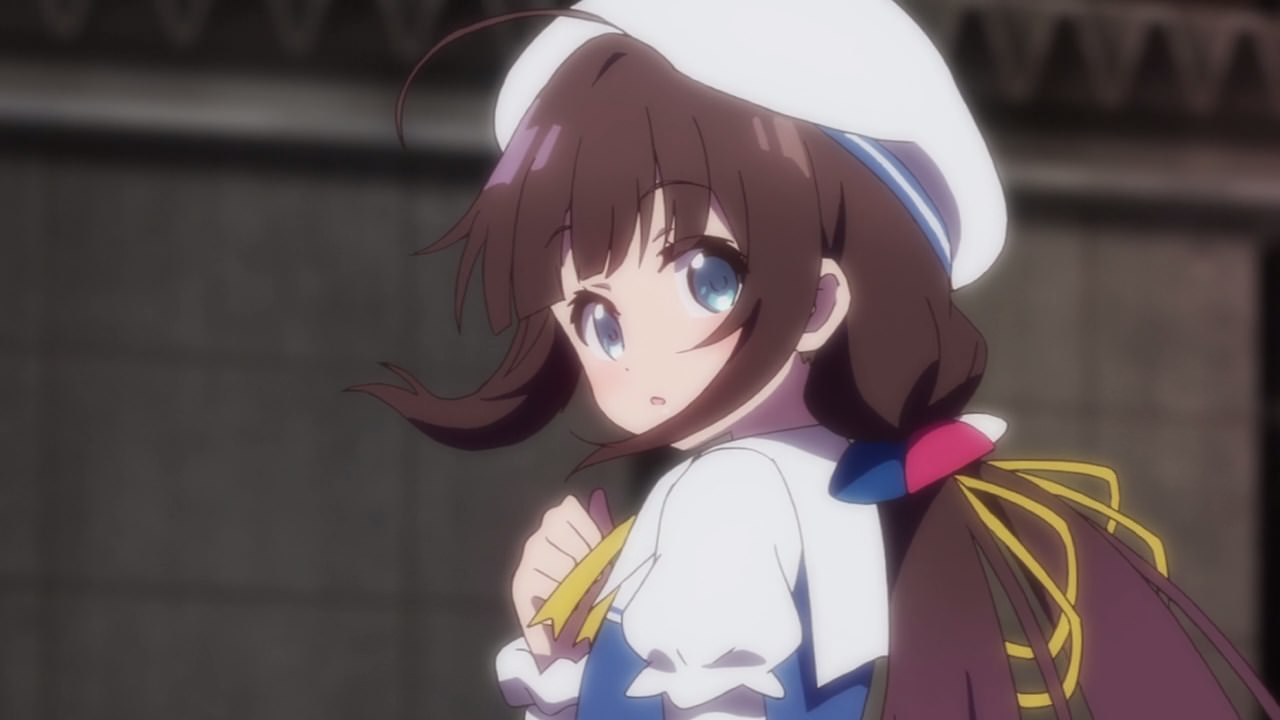 Oh yes, here’s Ai Hinatsuru as she’s about to go to the shogi hall when Yaichi Kuzuryuu approached her… 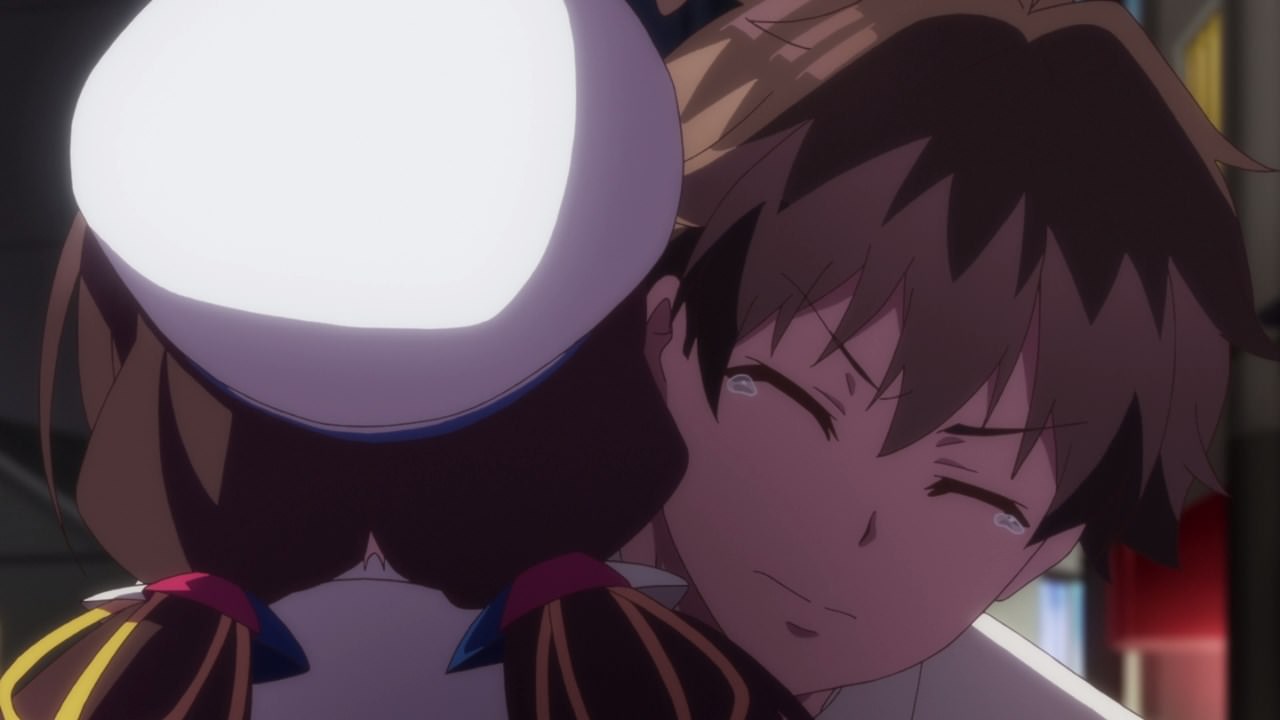 …and apologize for the trouble he had caused to his disciple. Well, at least Ai-chan forgave him.

By the way, it appears that Ai Hinatsuru has become a professional shogi player at C-1, which is great news for both Kuzuryuu and her parents. I wonder what happened to her placing at the Mynavi Women’s Open? 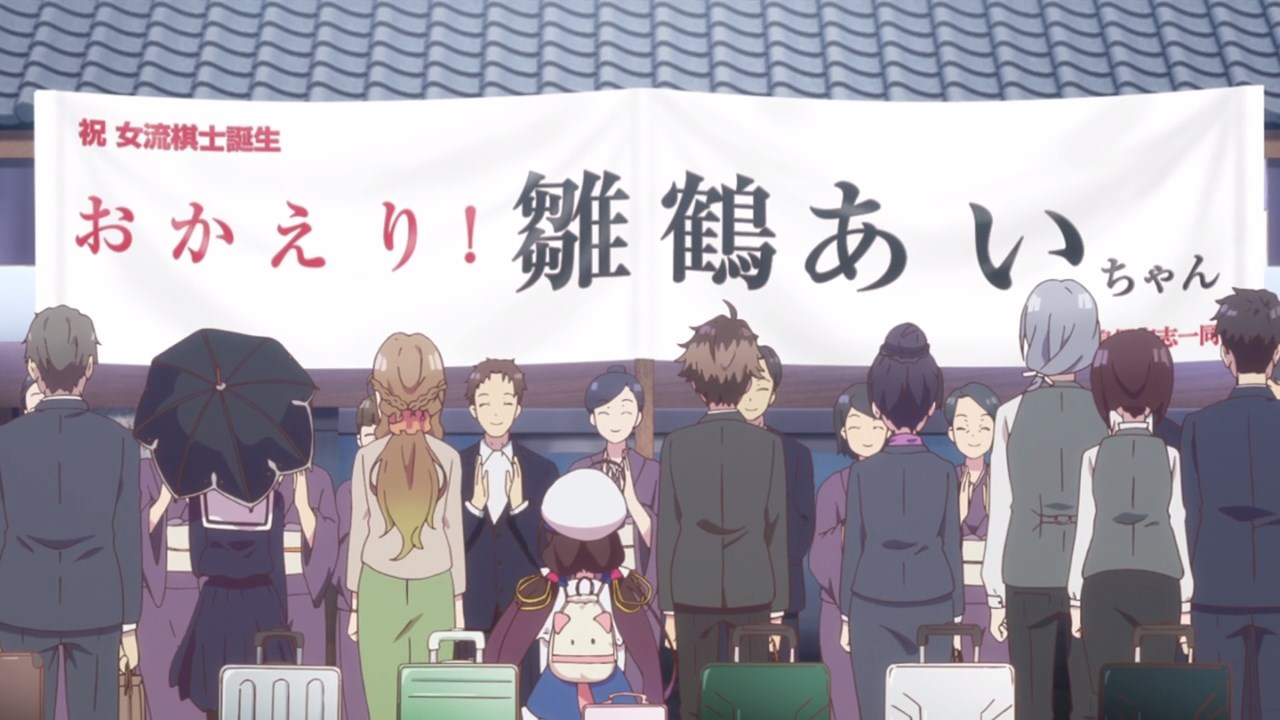 With that said, it’s time for a celebration at Ai Hinatsuru’s hometown where everyone felt happy that she became the youngest female professional shogi player.

Oh yeah, this place will also host the fourth game for Ryuuou title match so it’ll be a familiar setting for Yaichi Kuzuryuu who won his title there. 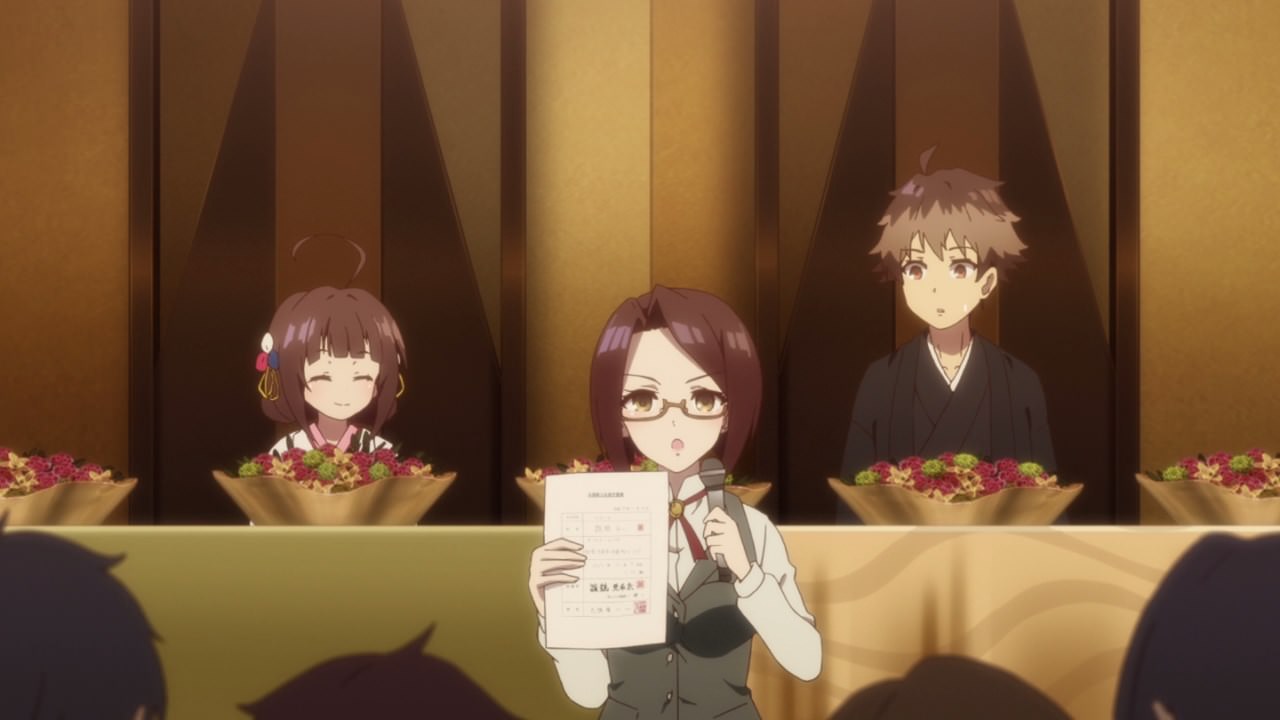 But then again, the pressure will weigh on him as Yaichi and Ai-chan attended a pre-match ceremony hosted by the Shogi Association, where they sign a long-term partnership between master and disciple.

Come to think of it, this atmosphere feels like a formal wedding ceremony. 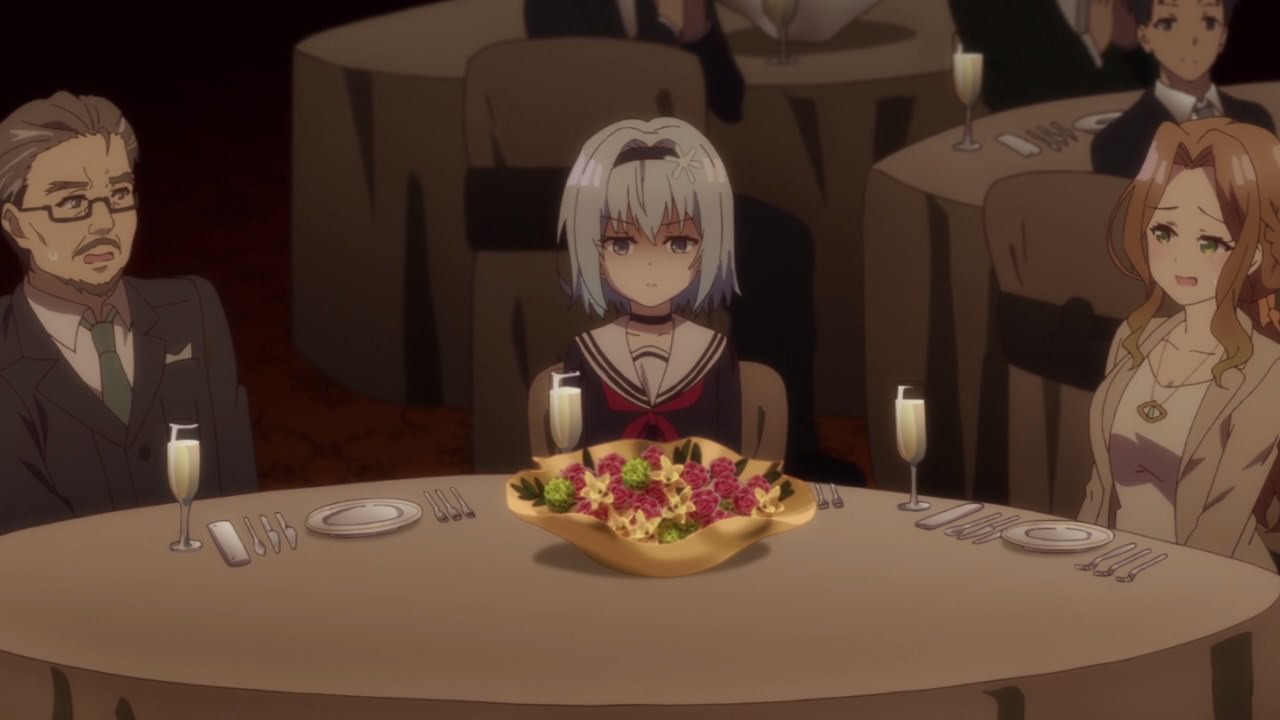 Oh, and it seems that Ginko Sora is very annoyed at this event. I guess she’s still in bad terms towards Yaichi Kuzuryuu after dissing her earlier.

Anyways, next week will be the final episode as it’ll be a do-or-die game for Yaichi Kuzuryuu. Of course, I’d doubt that he’ll make it out alive against the Meijin.