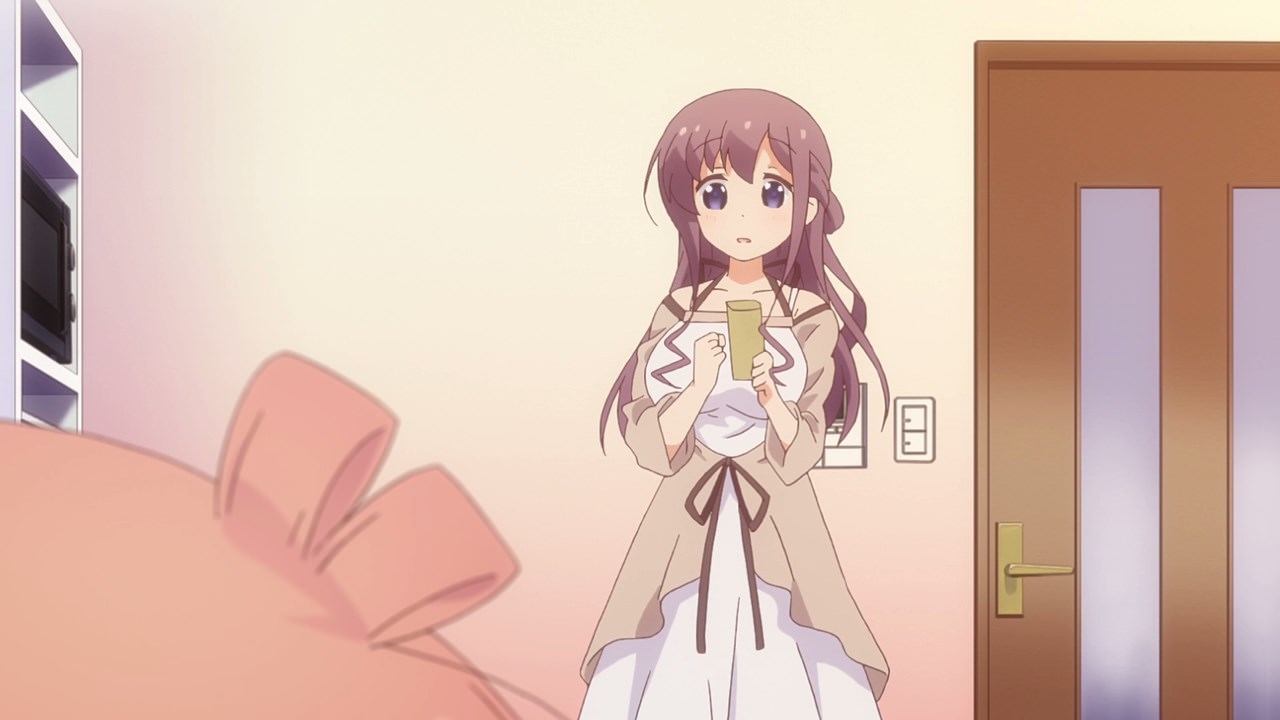 Hey everyone, it’s the finale of Slow Start as Shion Kyouzuka is here to deliver an envelope to Hana Ichinose, mostly likely from her parents. 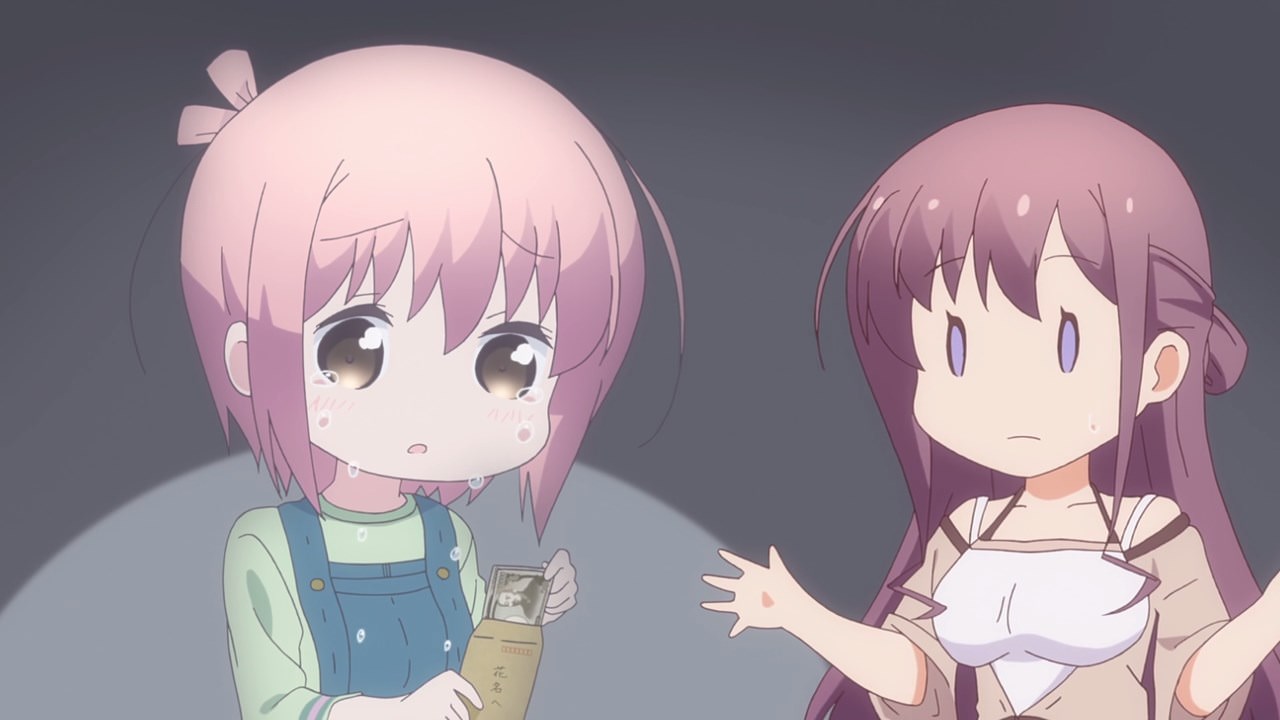 And it turns out that this envelope is full of money, which is great news but Hana-chan is not buying it at all.

In fact, Hana thinks that she’s being abandoned by her mommy and daddy. 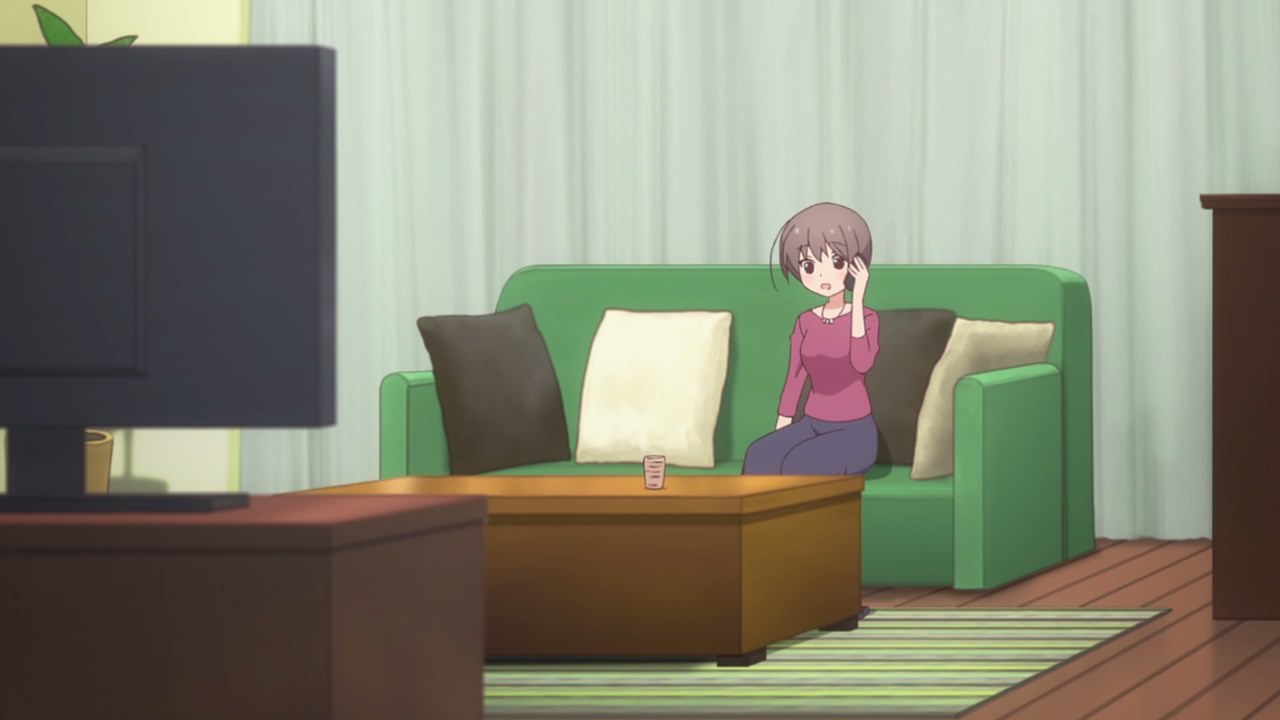 However, her mother assured to Hana-chan that she and her father didn’t abandon her as Hazuki-san want Hana to buy her own clothes from now on. 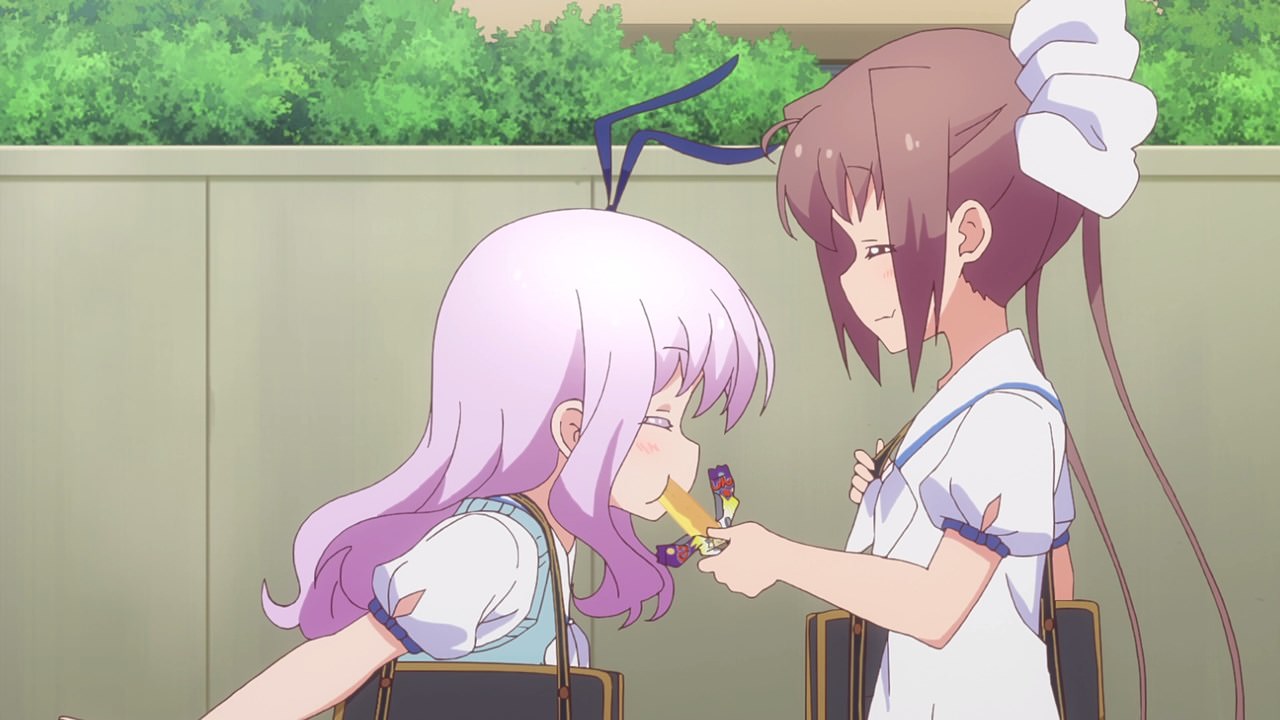 Now then, let’s move onto something cute (and dangerous) as Tamate Momochi lured Kamuri Sengoku into a corner with an umaibo.

Too bad that Kamuri’s heart cannot be captured easily. So much for Tama-chan’s ploy to take Kamu-chan into her harem! 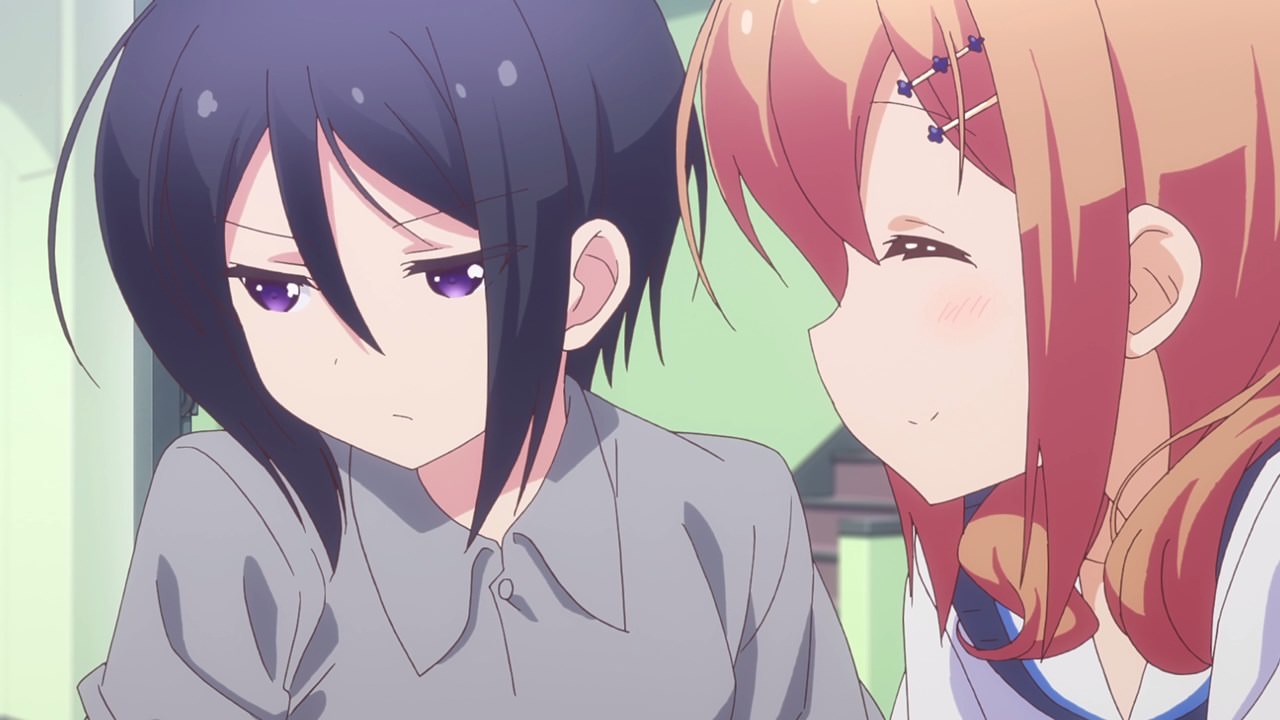 Meanwhile, looks like Eiko Tokura is having a casual talk with Kiyose Enami. Sure it’s wrong to have a relationship between a student and a teacher, but it’s so cute to see it! 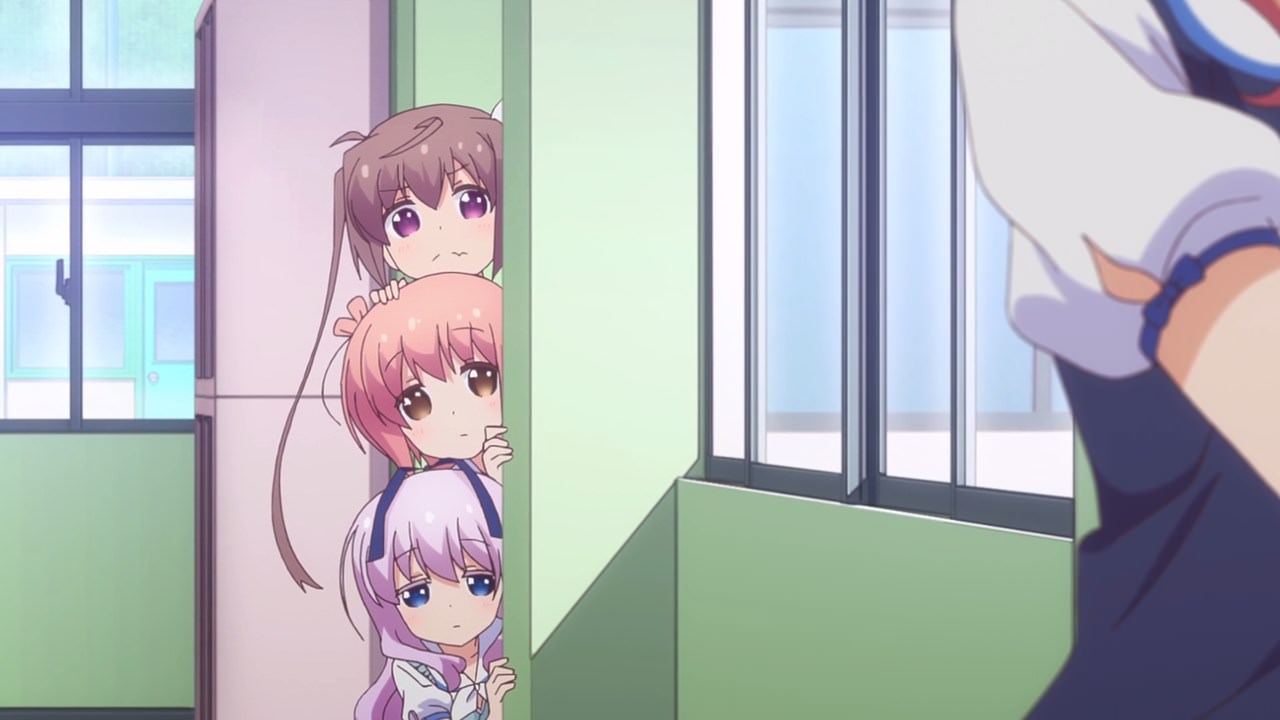 And yes, everyone agreed that they’re so cute together. However, there’s one person who doesn’t agree… 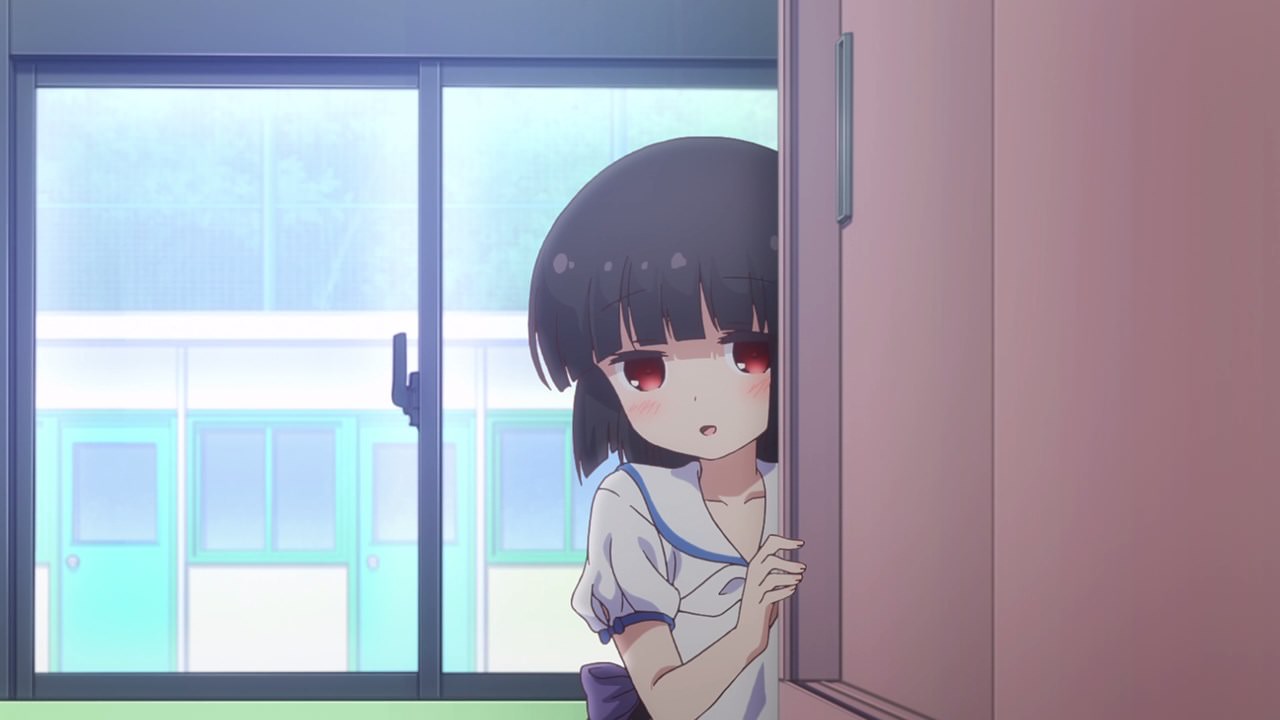 Turns out, it’s none other than Sachi Tsubakimori as she’s freaking obsessed towards Eiko. Wow, Sachi is one scary stalker! 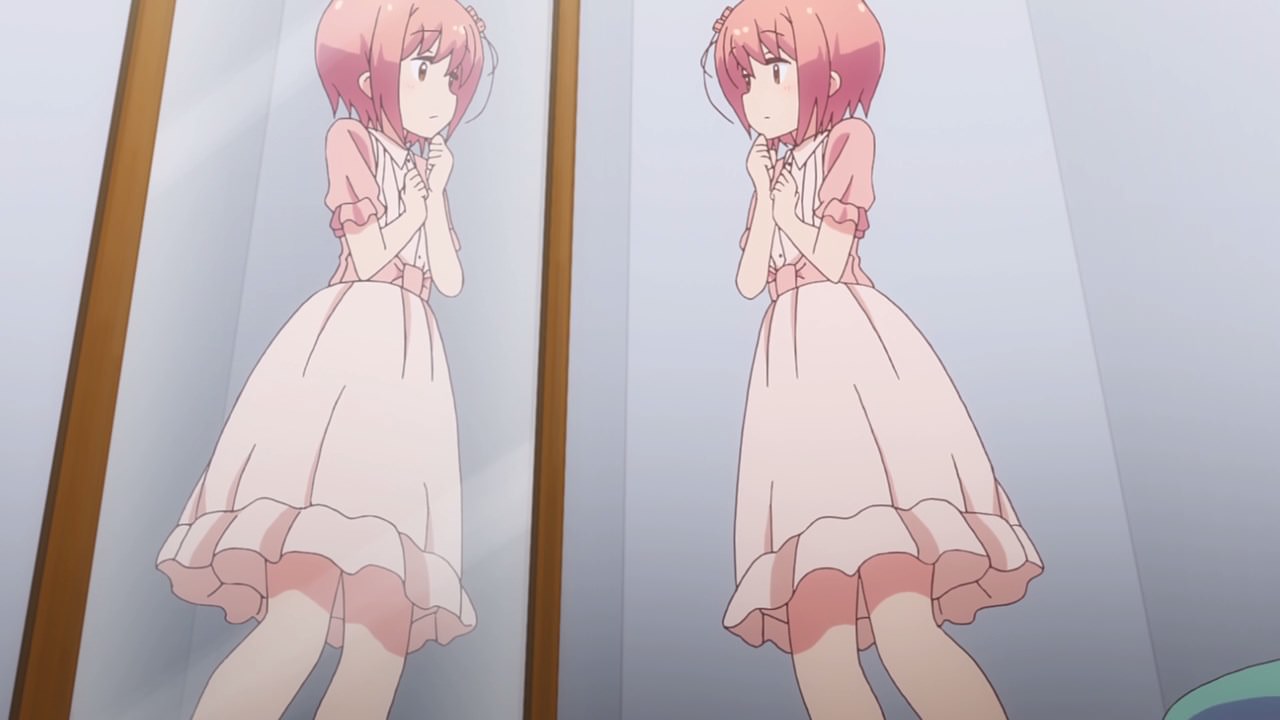 Let’s move onto the next scene as Hana Ichinose went to the department store together with her friends to pick some new clothes for her.

Then again, seems that she pick the right clothes that fits her style well. 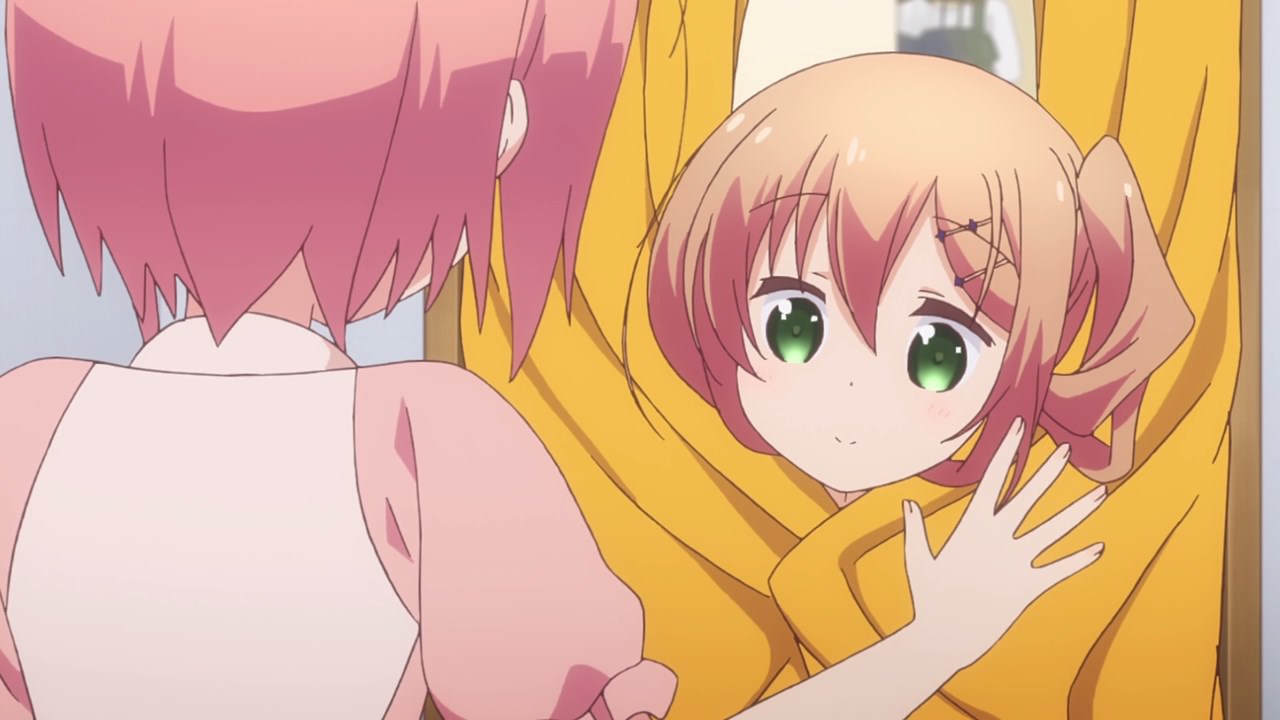 Heck, even Eiko Tokura agrees that Hana-chan made the right choice of clothes. I have to say that Eiko is impressed on Hana’s style! 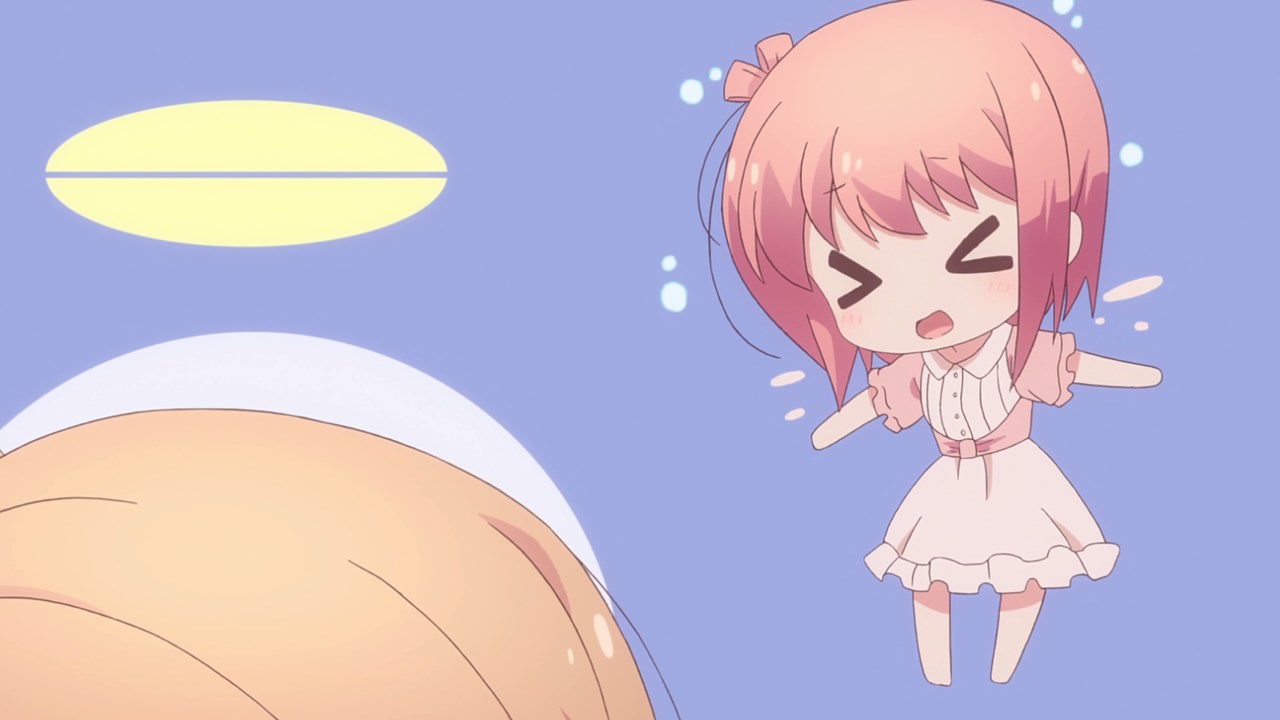 Then again, Hana-chan is not as fashionable as Eiko as she’s acting a bit flustered. You know what, she’s looking great in her new clothes and that’s what matters! 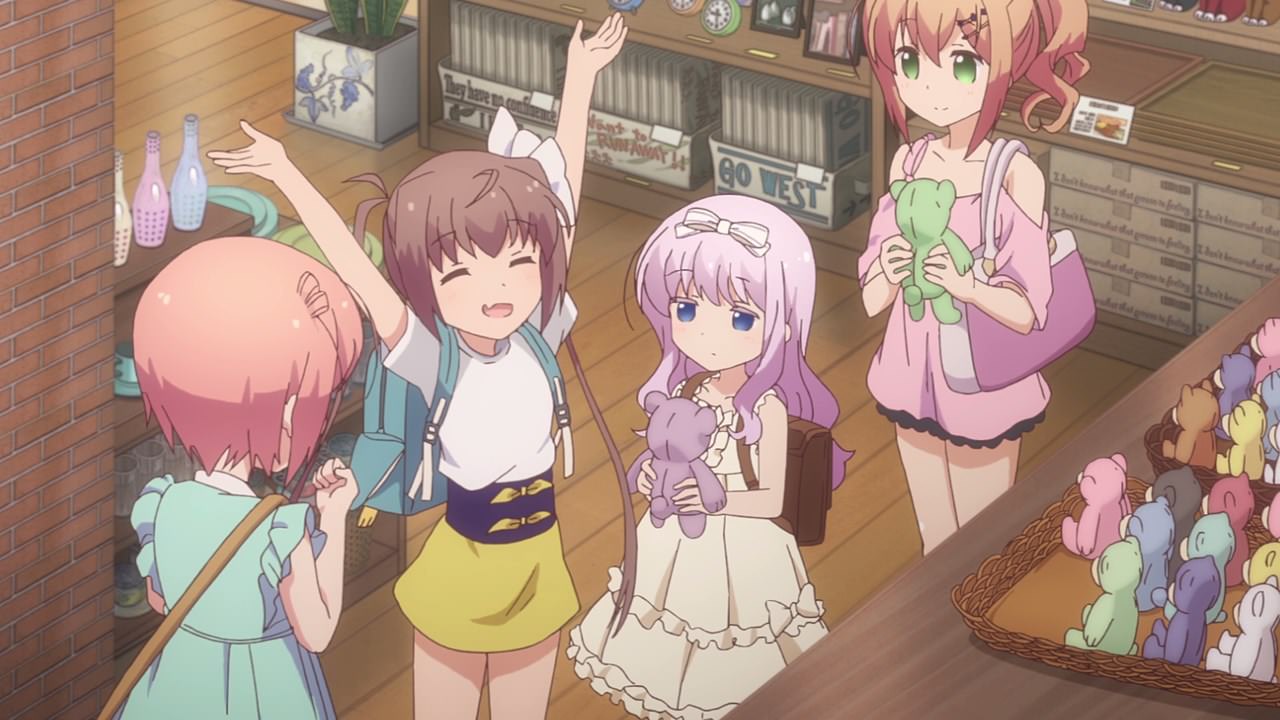 Afterwards, they continue shopping some stuff together with Tama-chan and Kamuri. After all, they’re pretty stacked with cash today!

So while they’re having fun at the department store, it appears that Hana-chan forgot to tell them that she’s being held up by a year. Then again, it seems that she wants to keep it a secret. 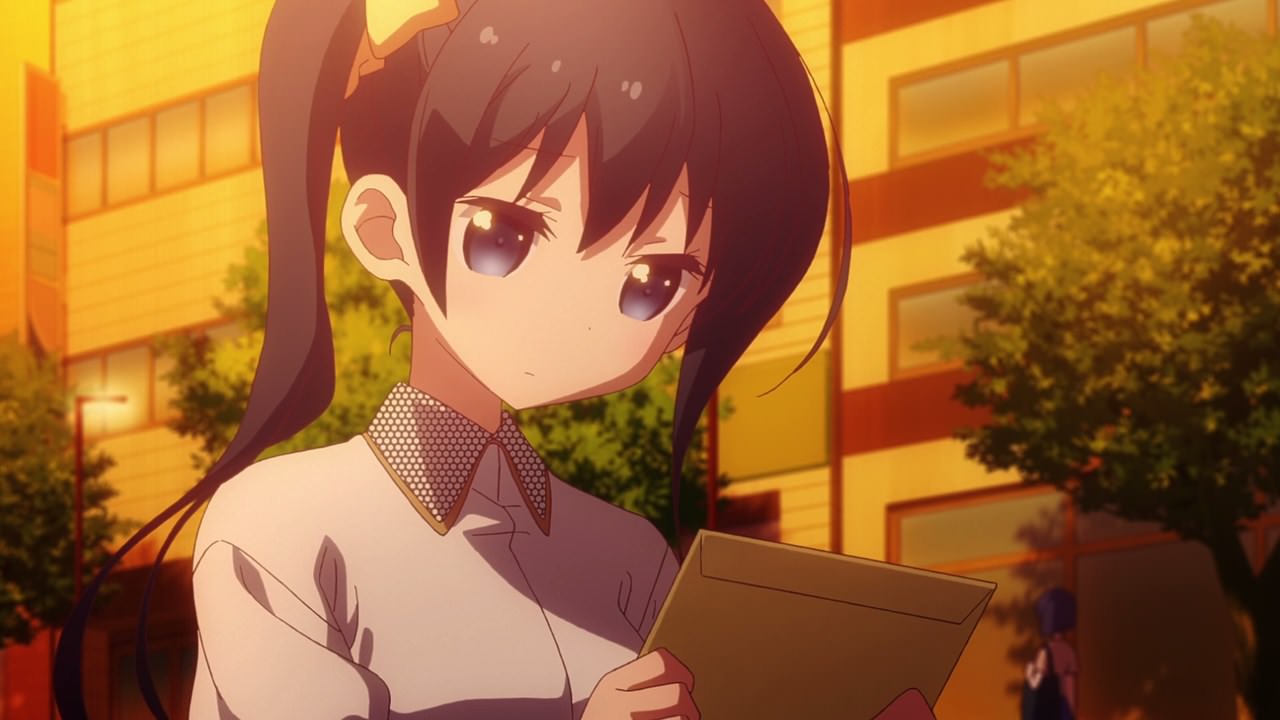 Also, it seems that Hiroe Hannen is taking her first step on returning to society by enrolling to a prep school. 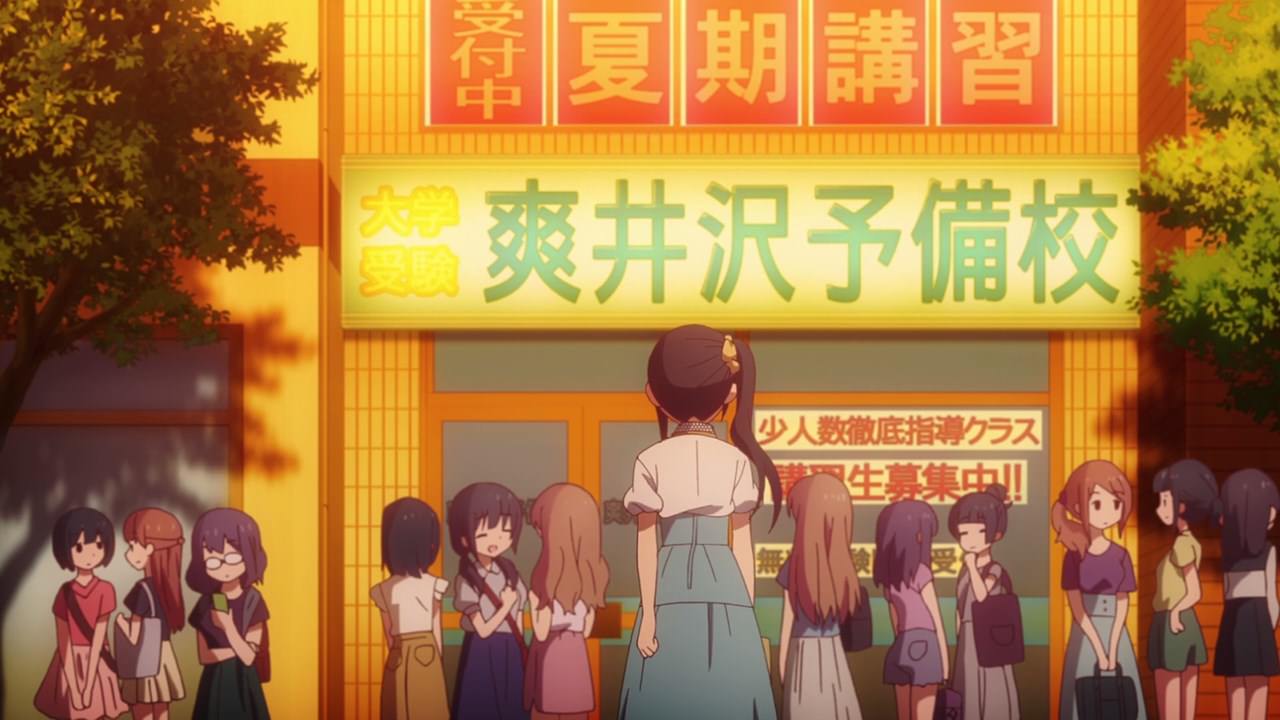 Gotta say that I’m impressed on Hiroe-san moving forward in her life rather than staying indoors all the time.

Of course, she fears that Hiroe might get isolated just because she’s older than the rest of her peers. But you know what, Hiroe-san will do her best to blend in with her classmates well. 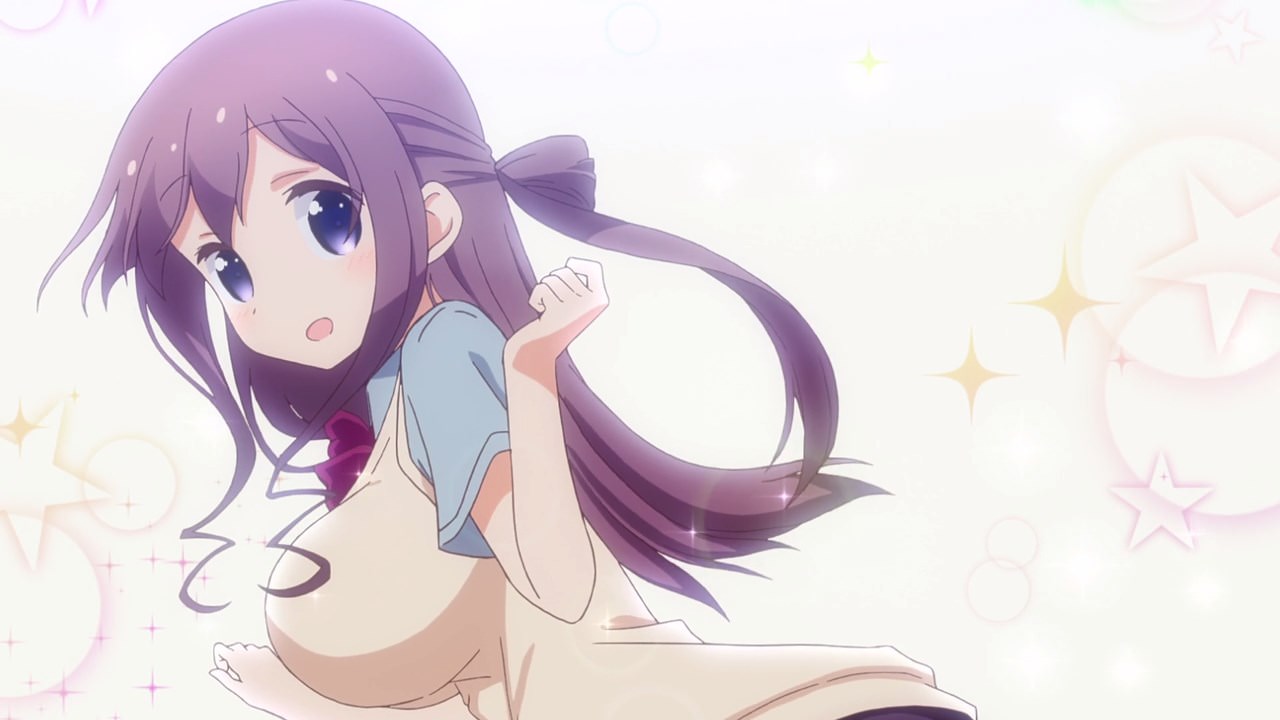 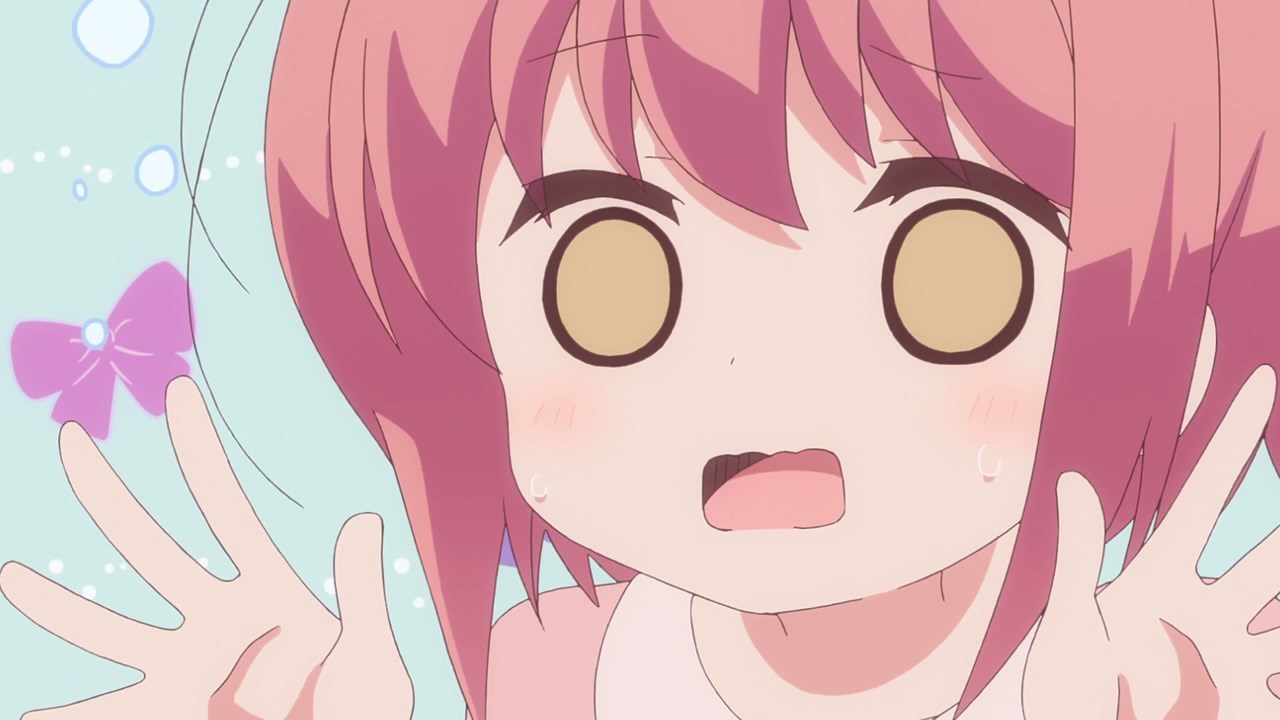 Finally, here’s Shion Kyouzuka as she wear her high school uniform on a whim, much to Hana-chan’s surprise as it’s a tight fit for Shion-san. 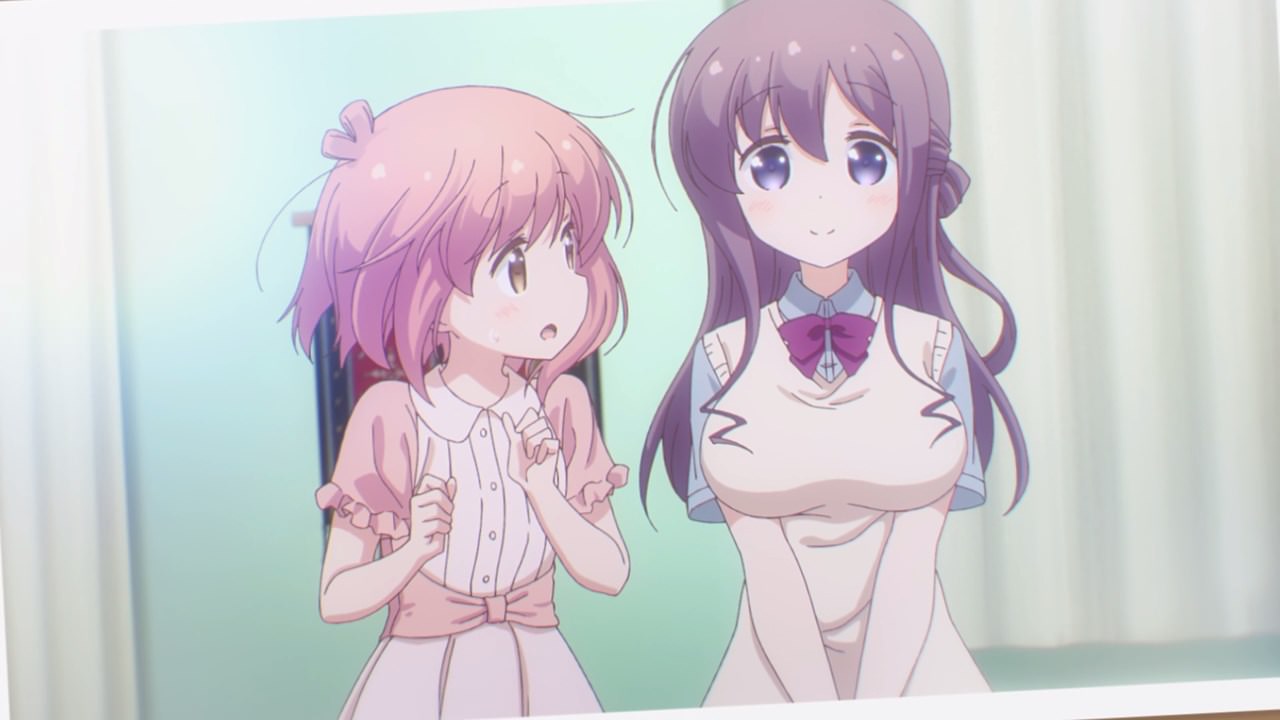 But anyways, let’s end this show where Hana-chan and Shion-san took a commemorative picture.

I have to say that it was a decent anime adaptation of a Manga Time Kirara title, but I feel that there won’t be another one which means Hana’s secret of being older than the rest will remain a secret. It’s a shame that she didn’t tell her friends about it.

Oh well, at least Slow Start got a decent ending and I’m hoping that Hana Ichinose will have a great high school life until graduation!