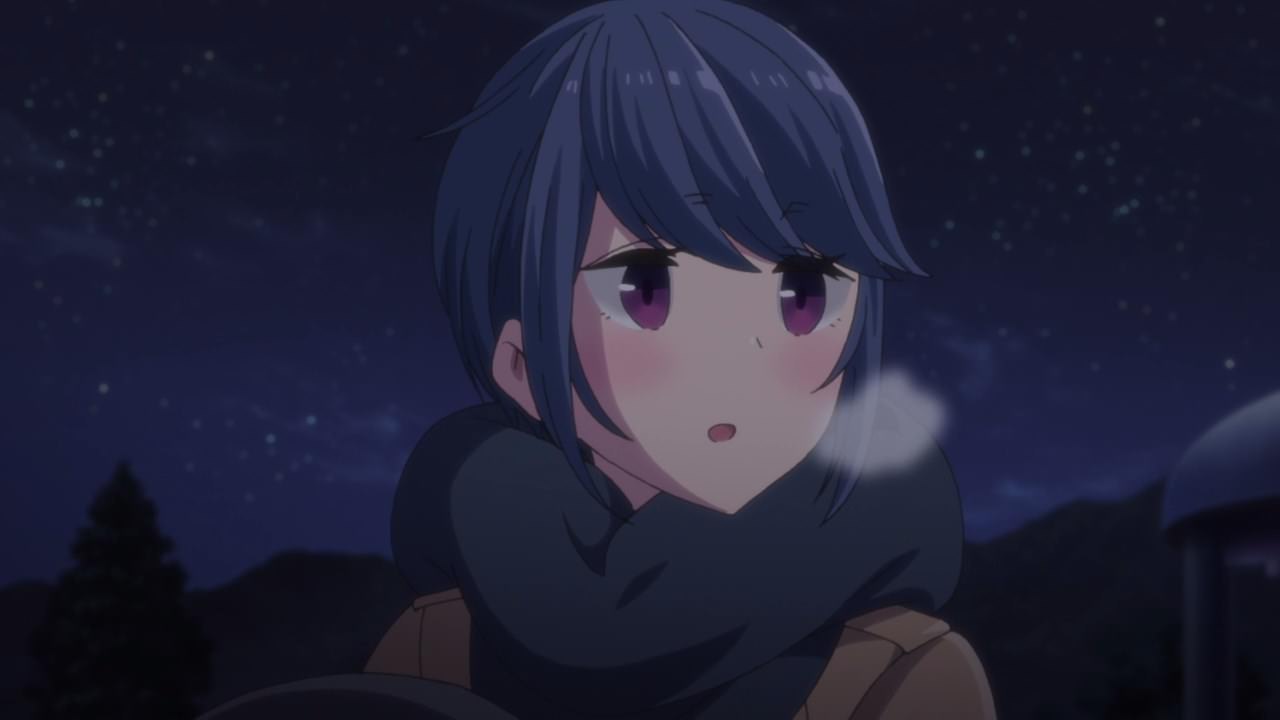 This is Rin Shima, now fully-grown as a woman as she’s now riding her grandfather’s bike towards her destination. 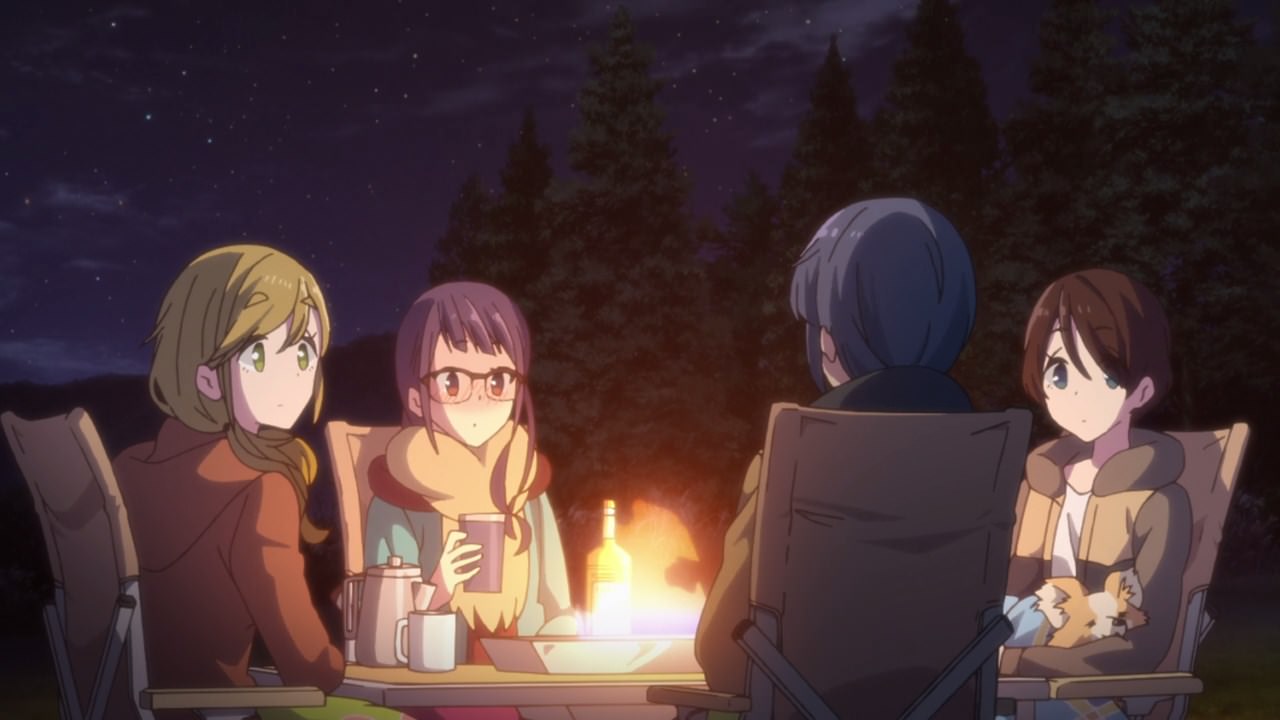 And here are Shimarin’s friends as they too have finally become adults. Hmm, I wonder where is Nadeshiko Kagamihara? 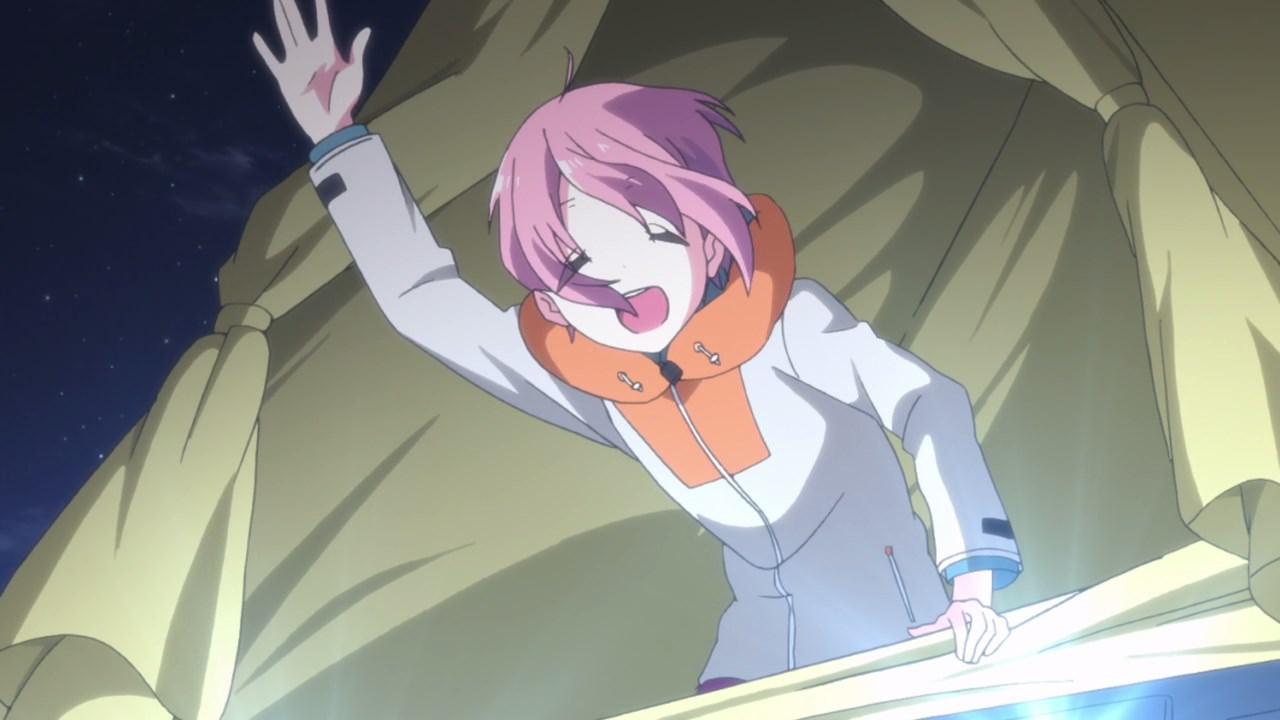 Oh, Nadeshiko-chan arrived… on a flying tent. Then again, this is just silly stuff because there’s no way it would exist! 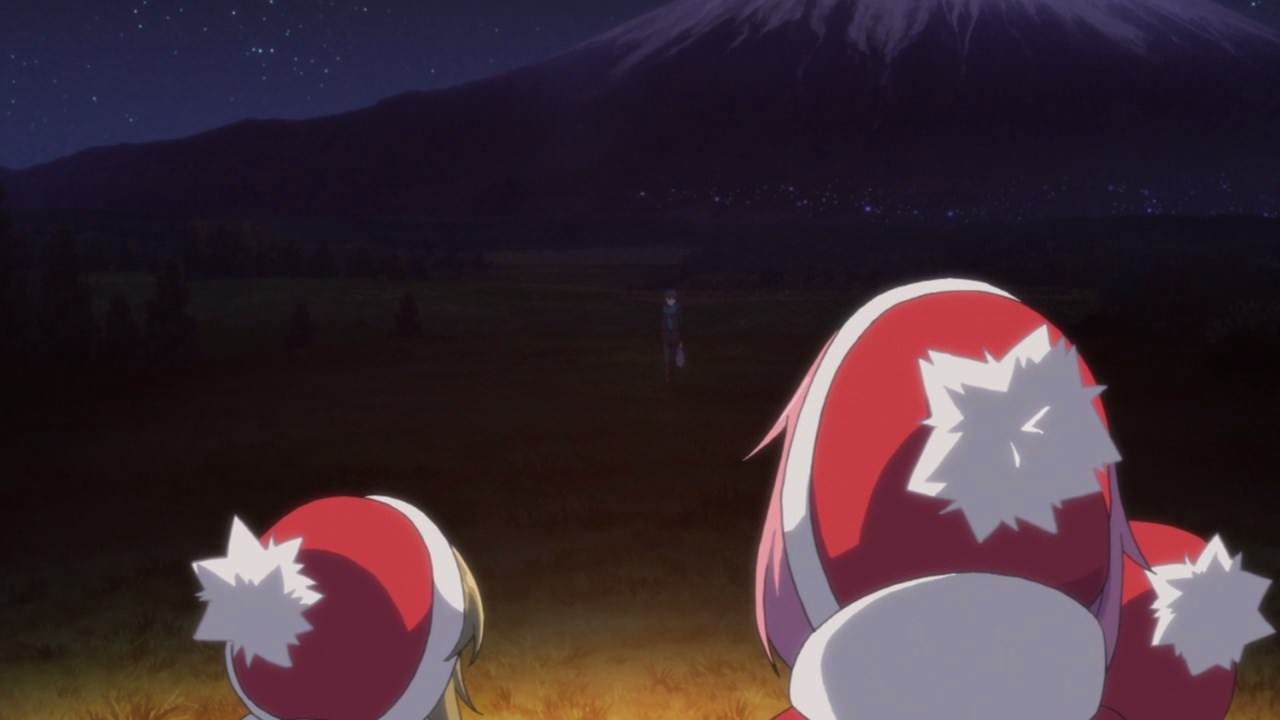 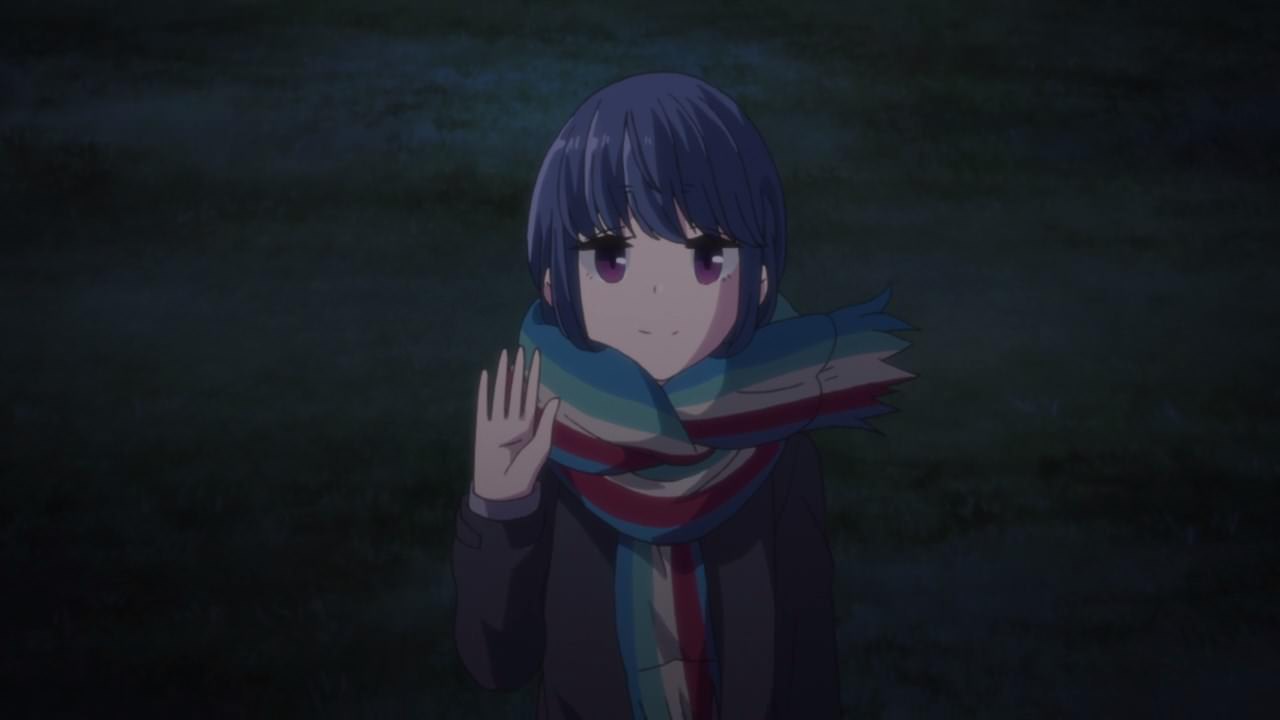 But anyways, let’s go back to the real world as Rin Shima returned with gas cartridges on hand, which is perfect because Nadeshiko and the rest will have another round of eating sukiyaki!

But hey, at least there’s fanservice somewhat as Aoi Inuyama, Chiaki Oogaki, and Ena Saitou are relaxing at a nearby hot springs. 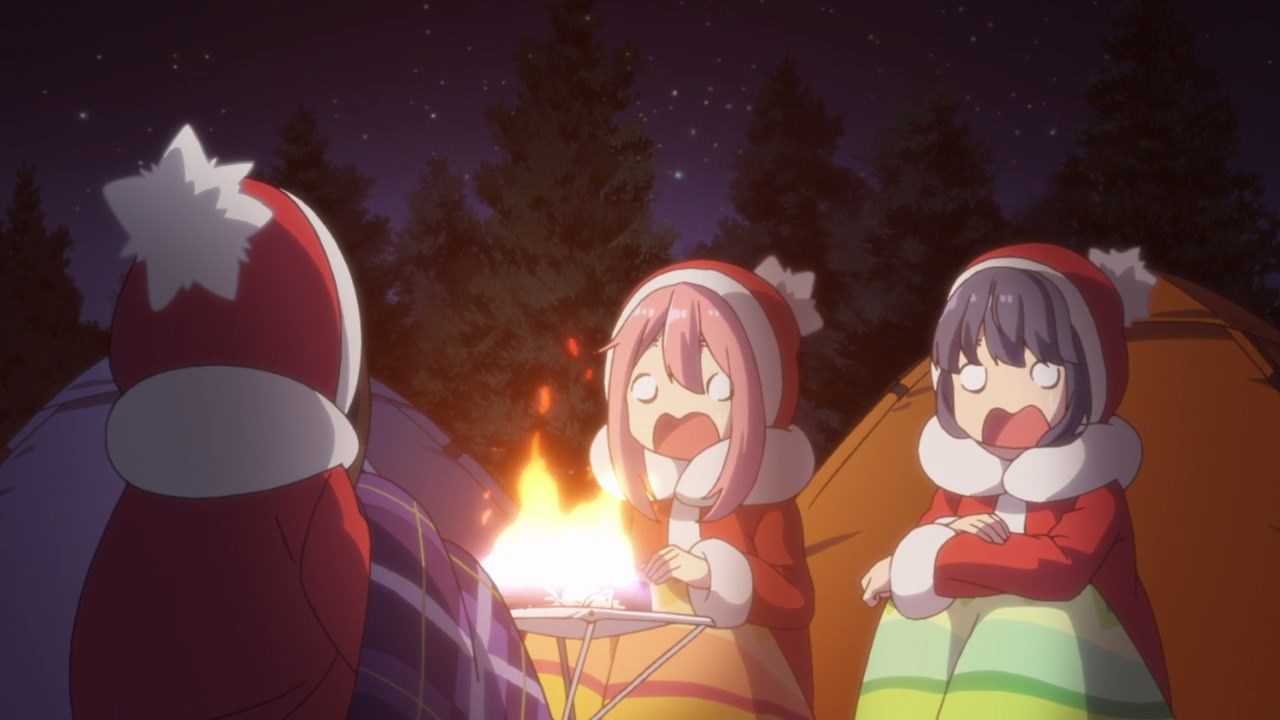 Oh yeah, here’s both Nadeshiko Kagamihara and Rin Shima as they’re shocked that Minami Toba’s younger sibling is not a male, but a female.

Yeah, I was shocked too because Toba-sensei’s younger sister looks like a dude! 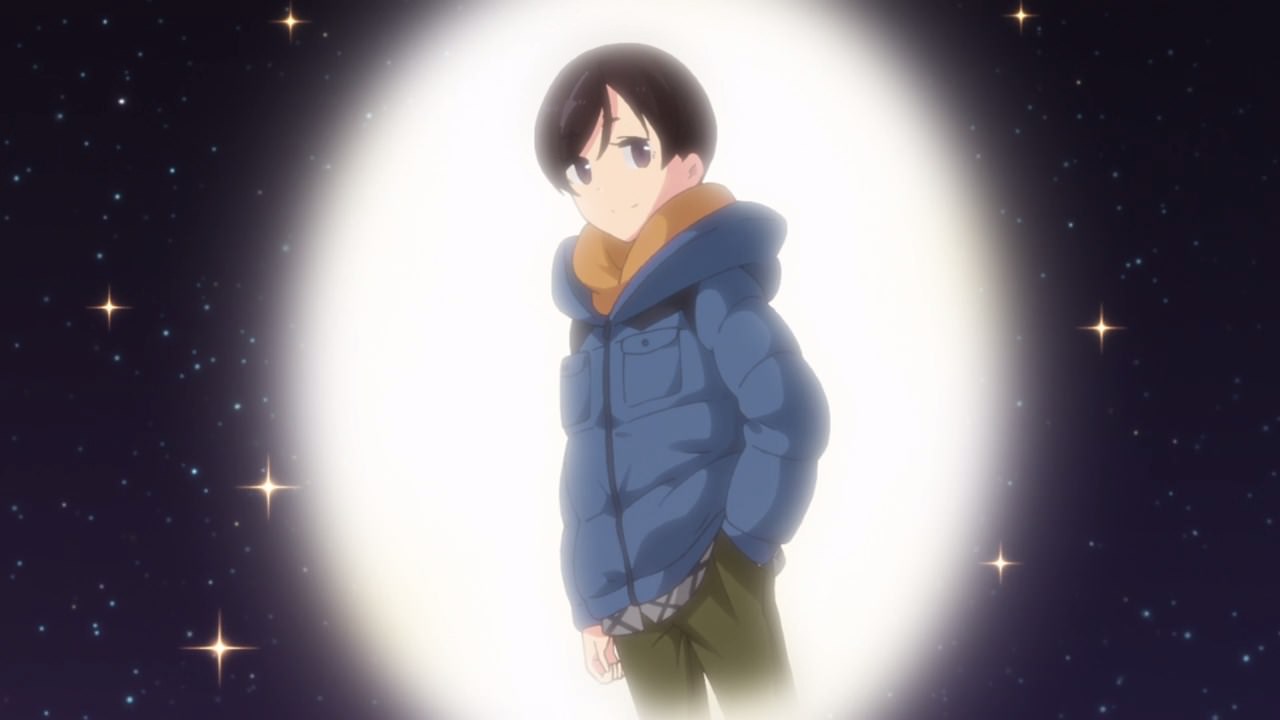 I mean, look at Minami Toba’s younger sister, isn’t she cool-looking that the girls would fall for her?

Still, it was a surprise that Toba-sensei is an ikemen! 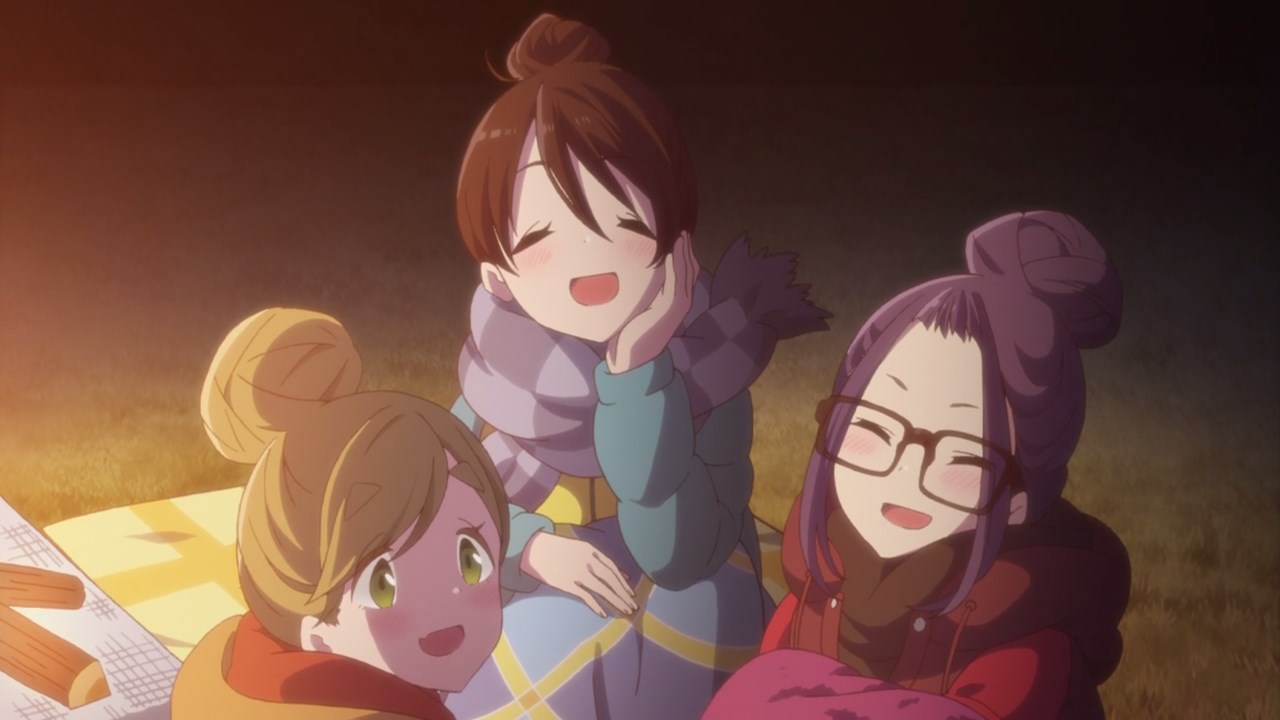 On the other hand, looks like the rest of the girls (sans Toba-sensei) have their hair resembled Shimarin’s famous bun. 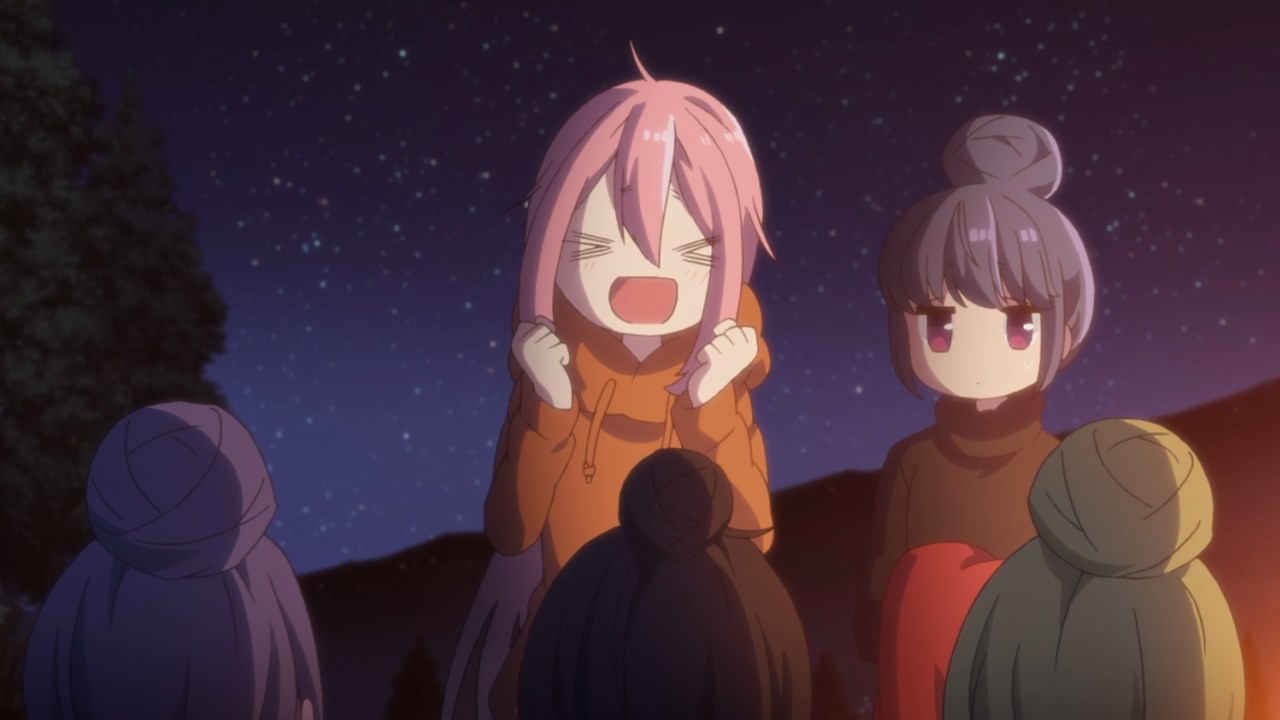 And while Rin-chan felt a bit annoyed that someone copied her hairstyle (Just kidding, Shimarin won’t get angry over it), Nadeshiko wants to have a hair bun too. 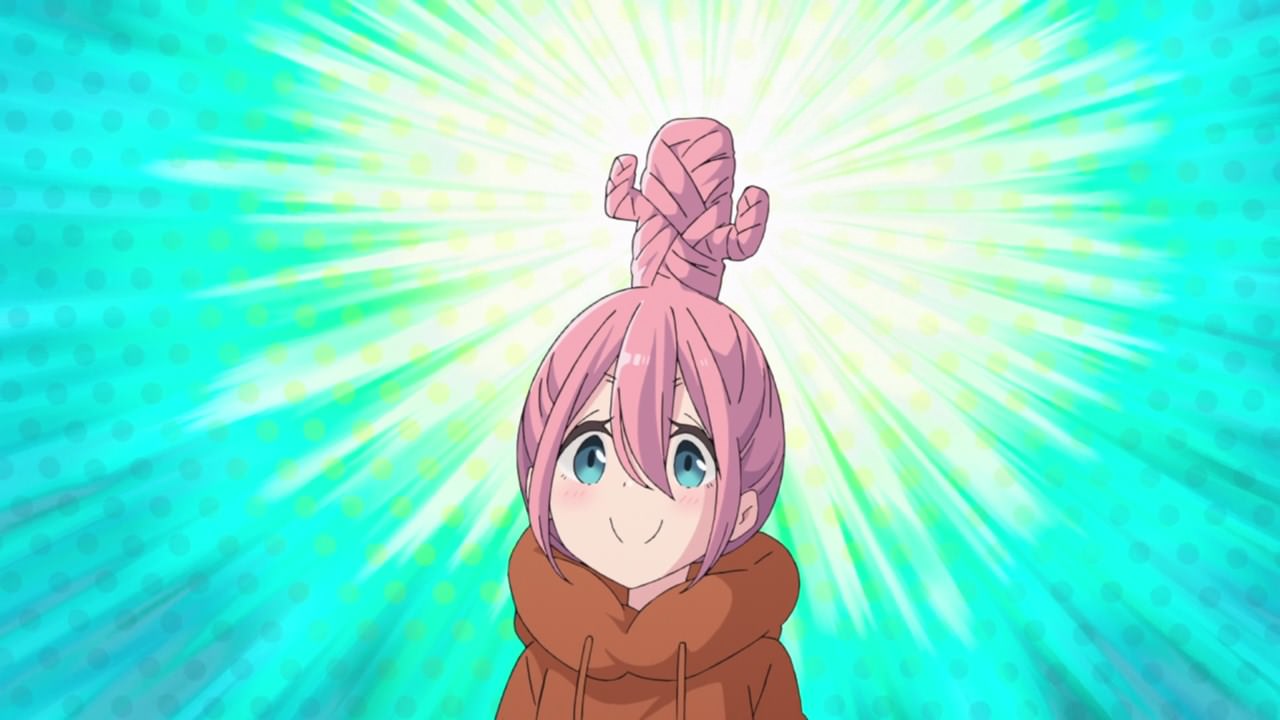 So, Ena-chan styled Nadeshiko’s hair to look like Rin-chan’s bun. Then again, it looked like a cactus than a bun! 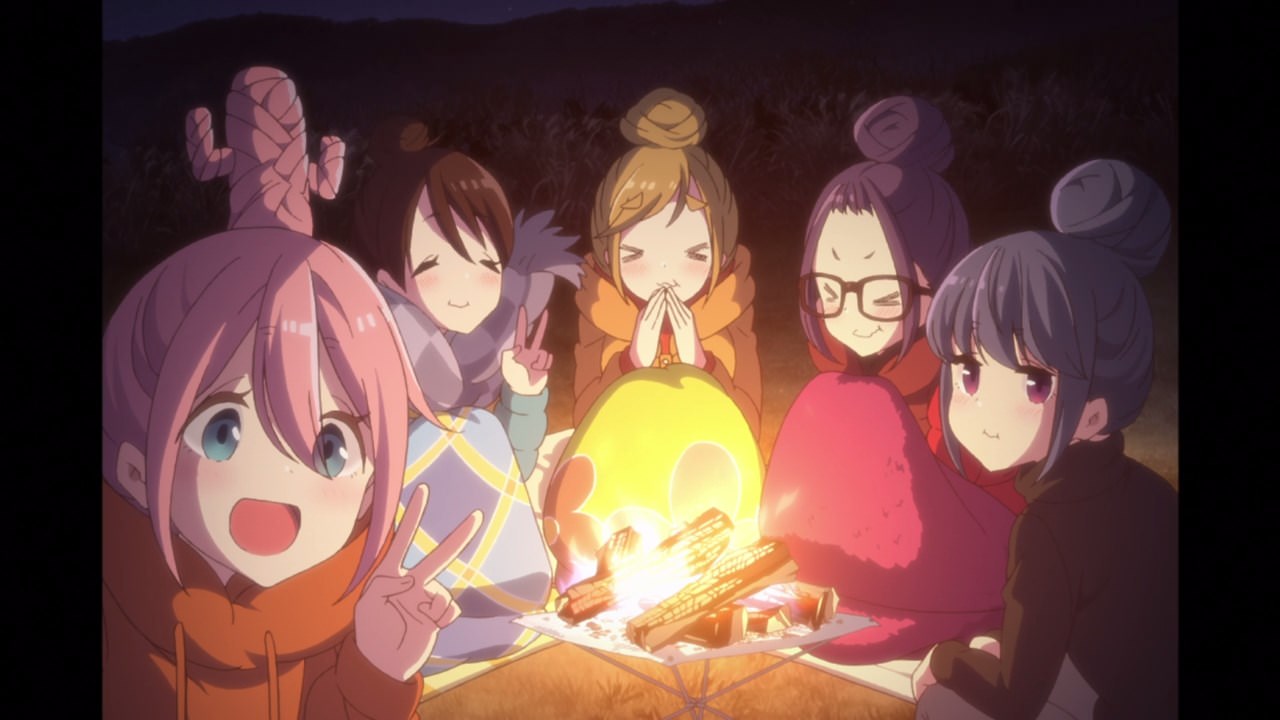 But hey, Nadeshiko doesn’t mind having her hair being different from the rest as she take a selfie together with her friends. Might as well treasure it in the future I would say! 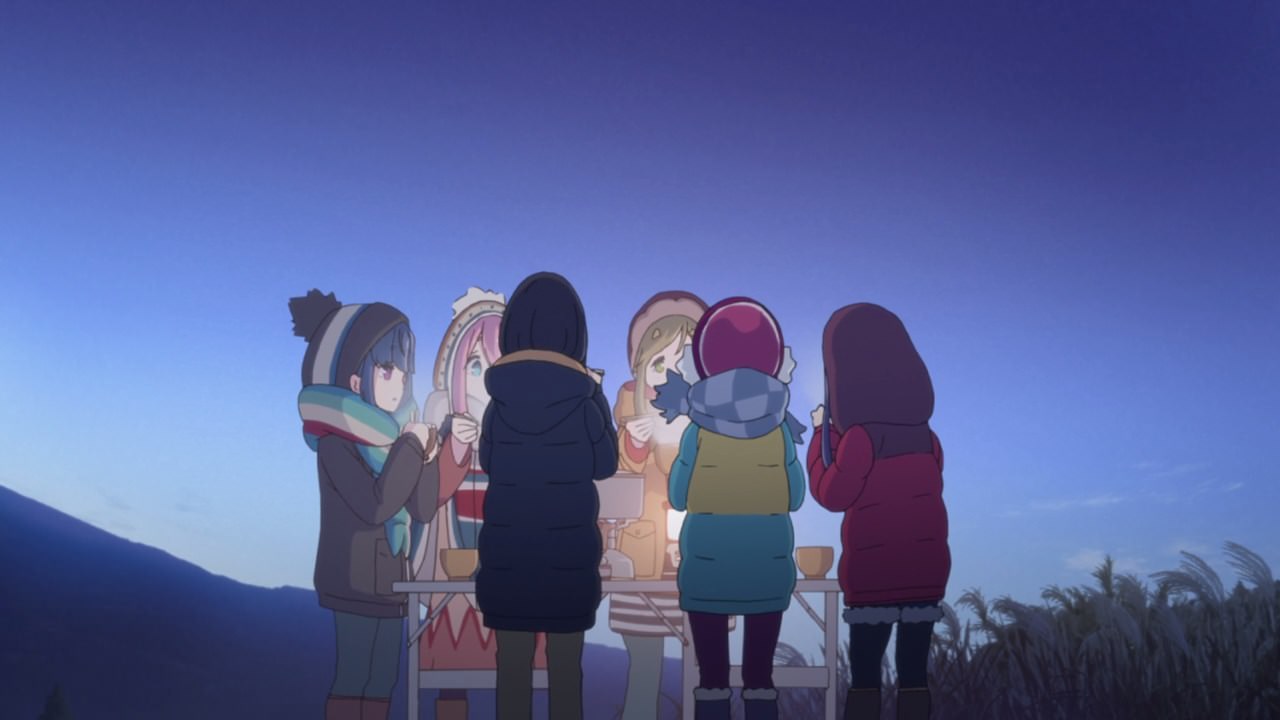 And now, the next day arrived as the girls are eating Japanese-style breakfast that was prepared by both Nadeshiko Kagamihara and Rin Shima.

I mean, they had sukiyaki before so it’s nice to have something simple like grilled salmon with brown rice. 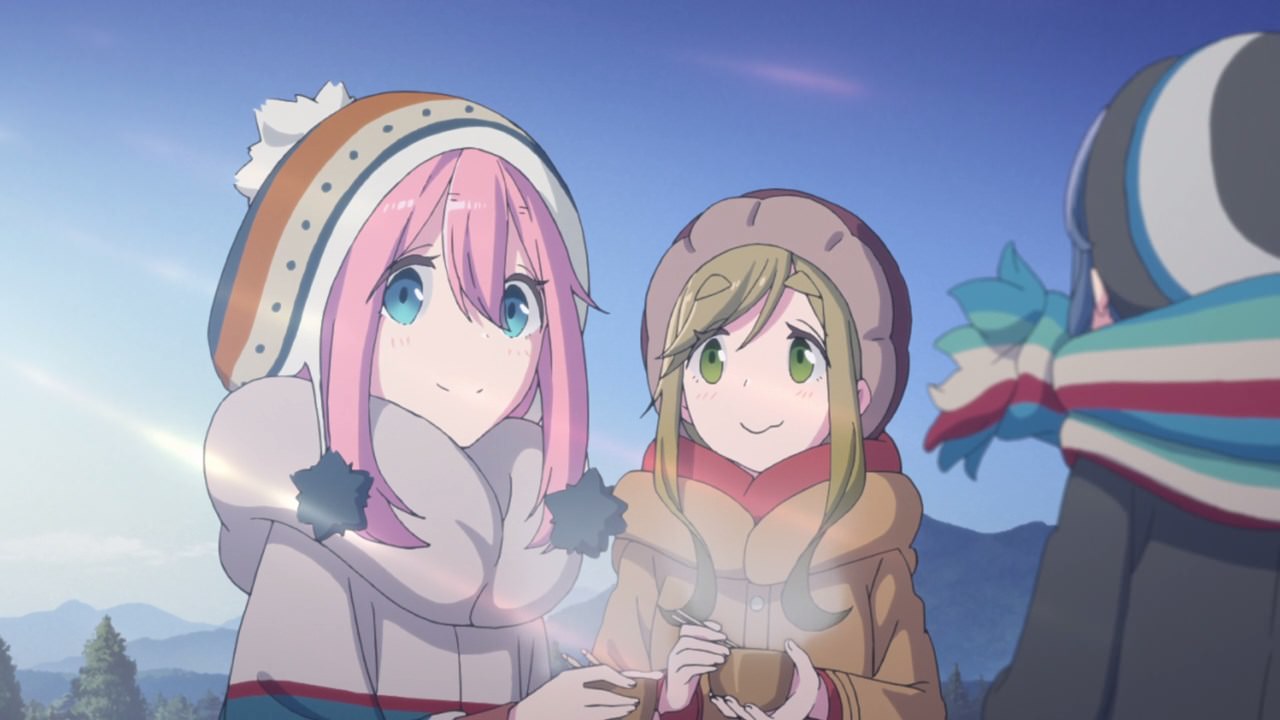 Lastly, it seems that the girls plus Toba-sensei are greeted by the rising sun on top of Mt. Fuji. 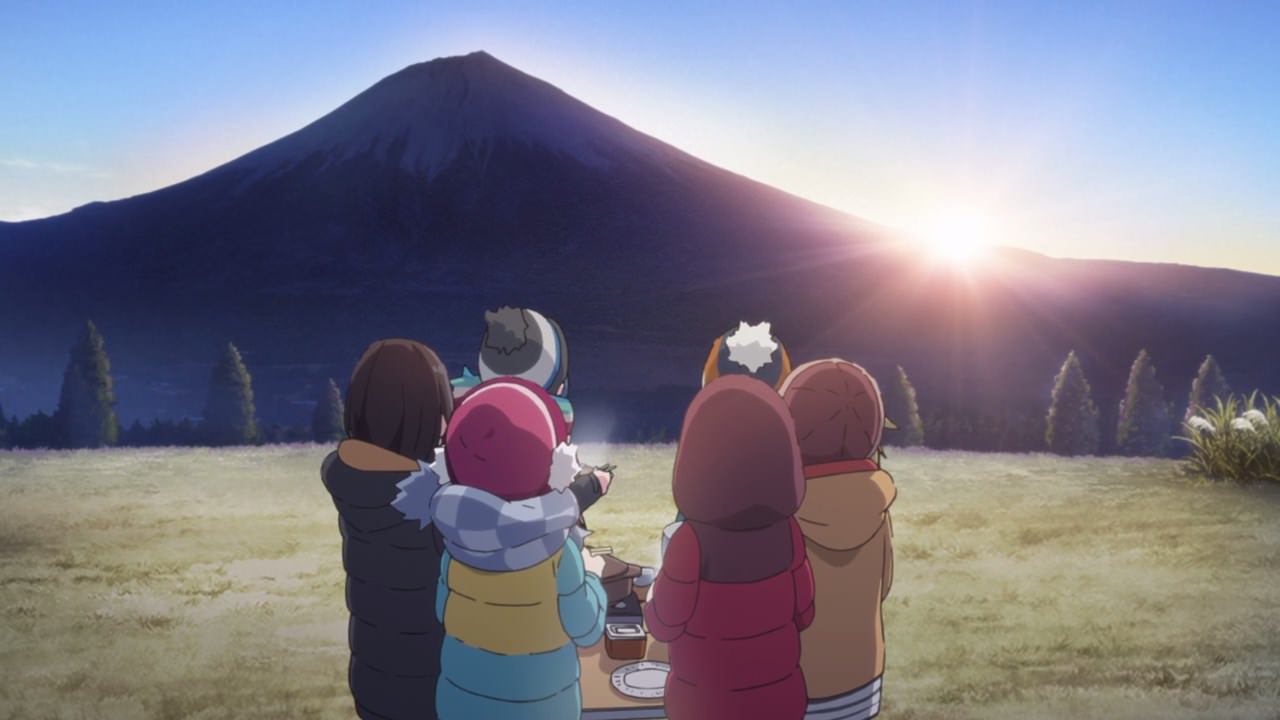 See? Isn’t it nice to start your day and leave Asagiri Highlands feeling refreshed after an overnight camping trip. And that my friends is the end of Yuru Camp! 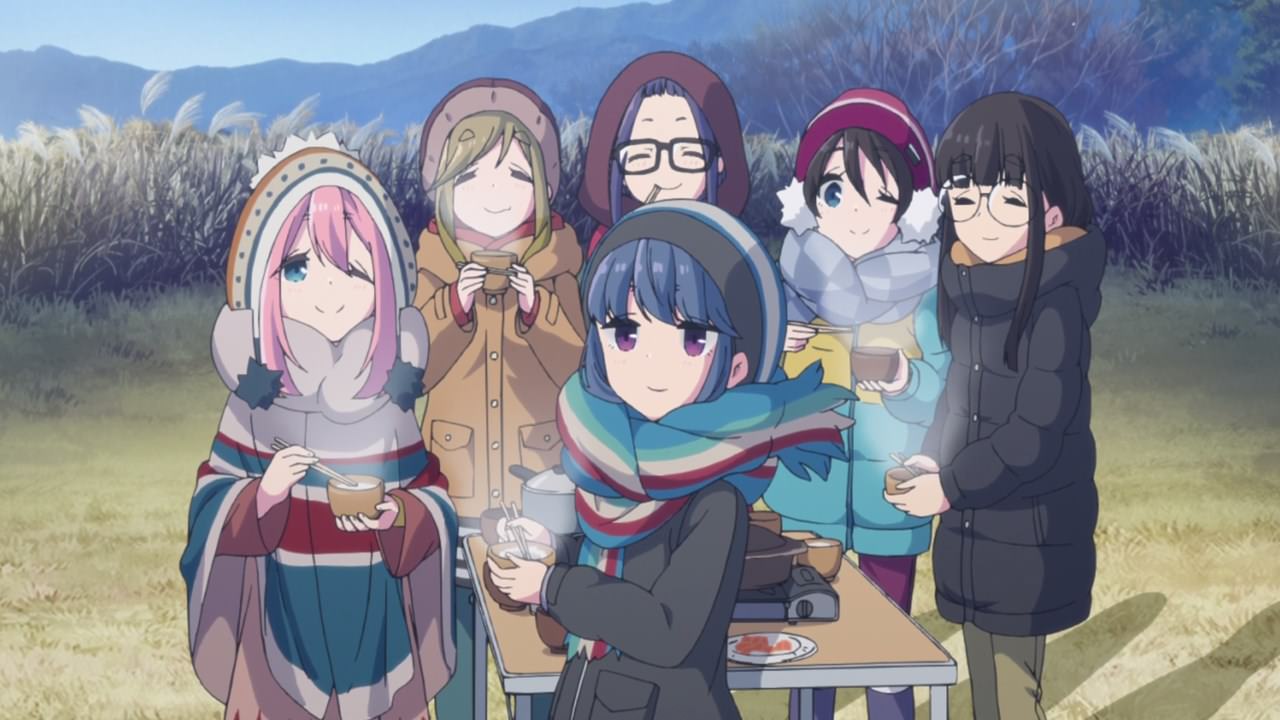 I must say that this show is very comfy that Yuru Camp is one of those series that got a surprisingly good reception from the viewers. It doesn’t help that Yuru Camp inspired others to camp near Mt. Fuji, which is very amazing.

Other than that, everything looks good from the characters, the visuals, and even the soothing soundtrack that it makes you feel comfortable. Kudos to the staff at C-Station for doing their best on Yuru Camp and if there would be another season, I’ll be signing up for it!