A Place Further Than the Universe Episode #13 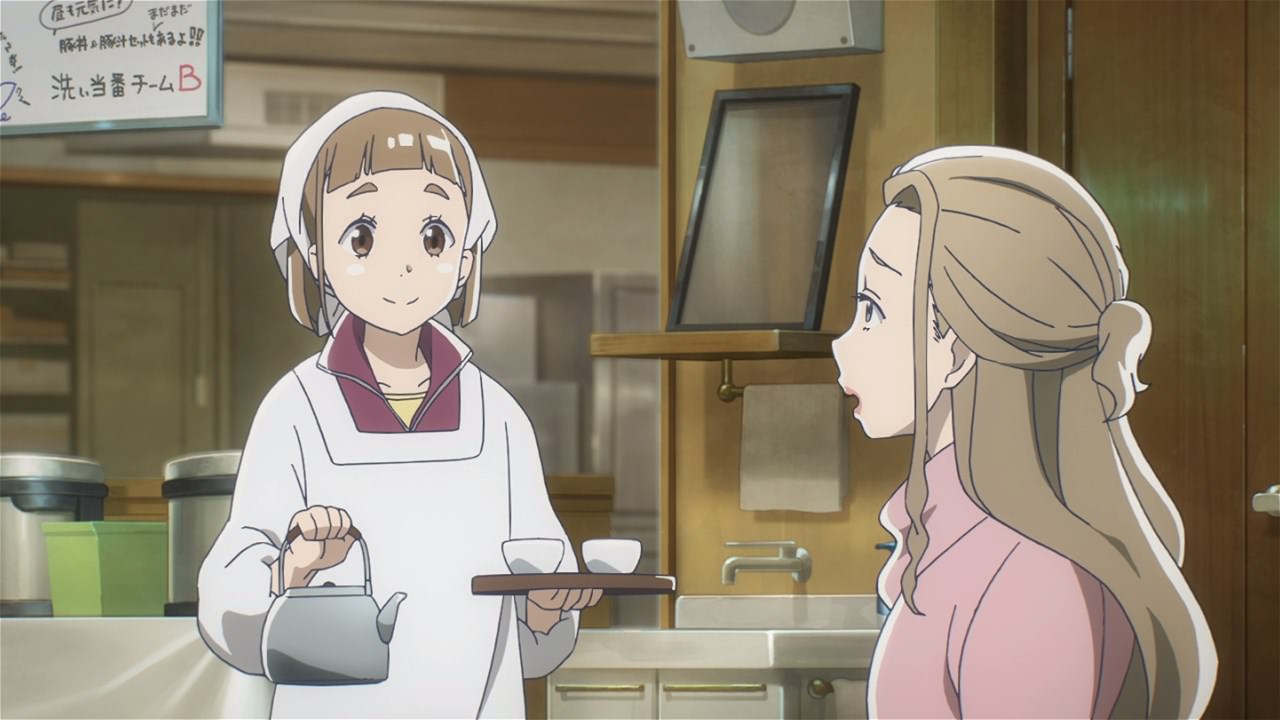 Well everyone, it’s the finale of “A Place Further Than the Universe” where Mari Tamaki and her friends are in the final days of their stay in Antarctica, although it seems that they’re already got used to this environment much like how they do it back in Japan. 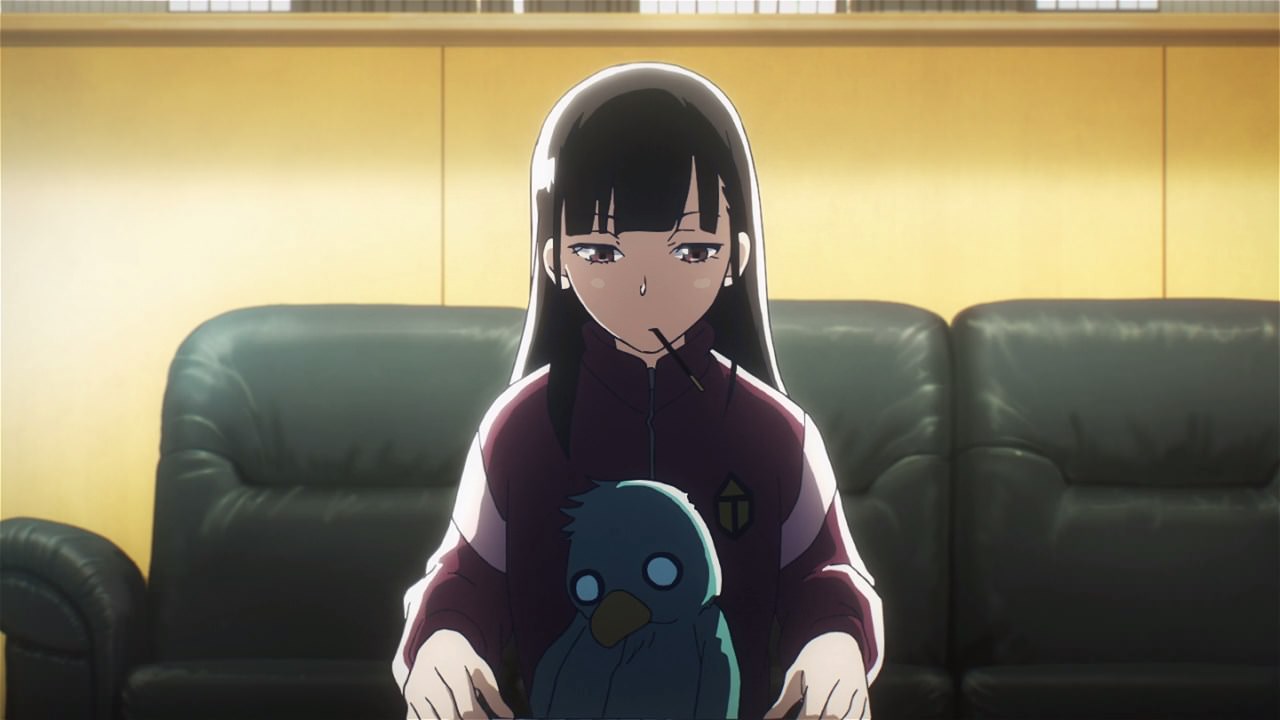 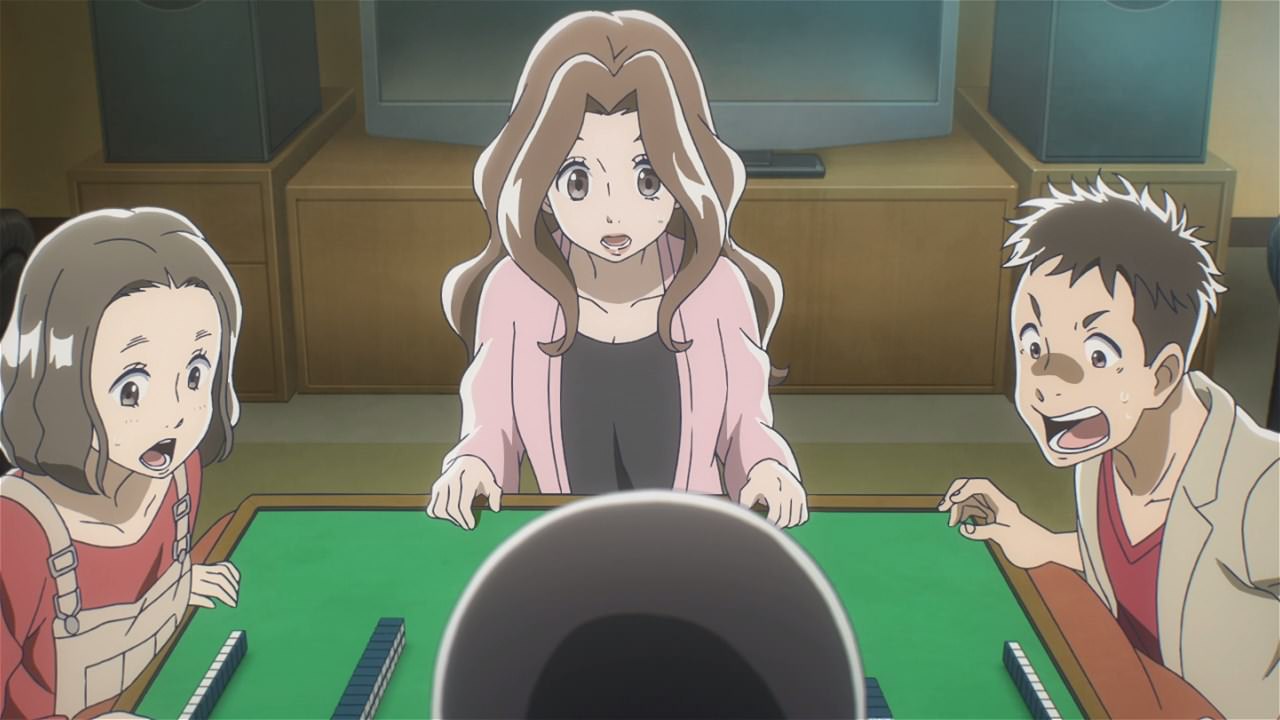 Well, except for Shirase Kobuchizawa where she destroys everyone in mahjong. By the way, Shirase learned it from her mother Takako when she was just a child. 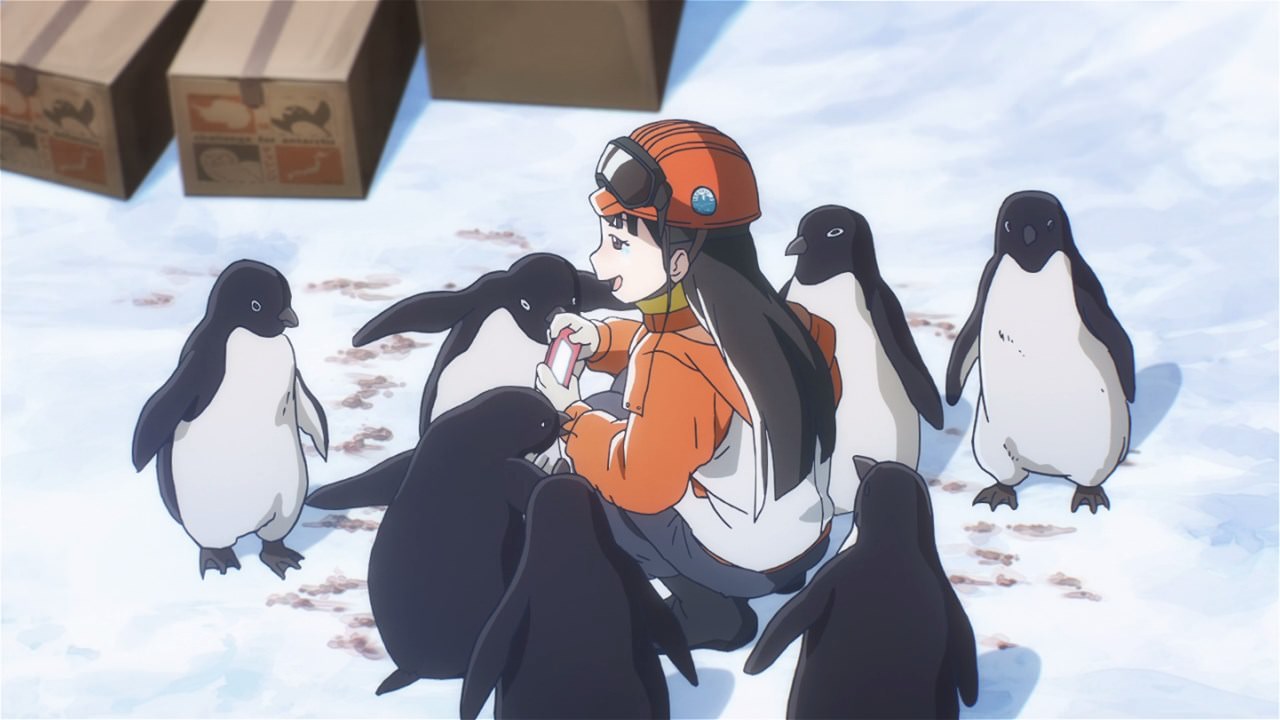 And speaking of Shirase, seems that she forgot about the 5-meter distance between her and the penguins, but she doesn’t mind that as long as Shirase is happy being surrounded by penguins! 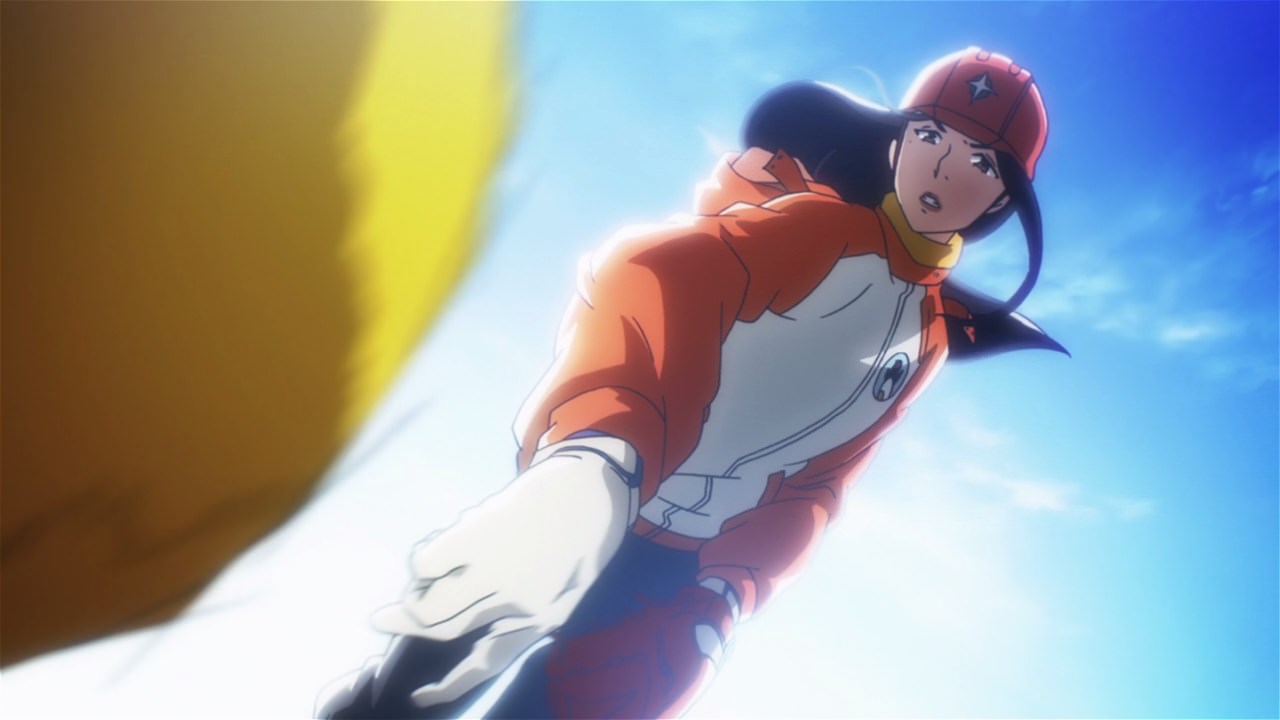 But anyways, Shirase and her friends still have time left in Antarctica as they play a game of softball with the Penguin Manju crew, with Gin Toudou showing off her fastball that might broke a rib or two. 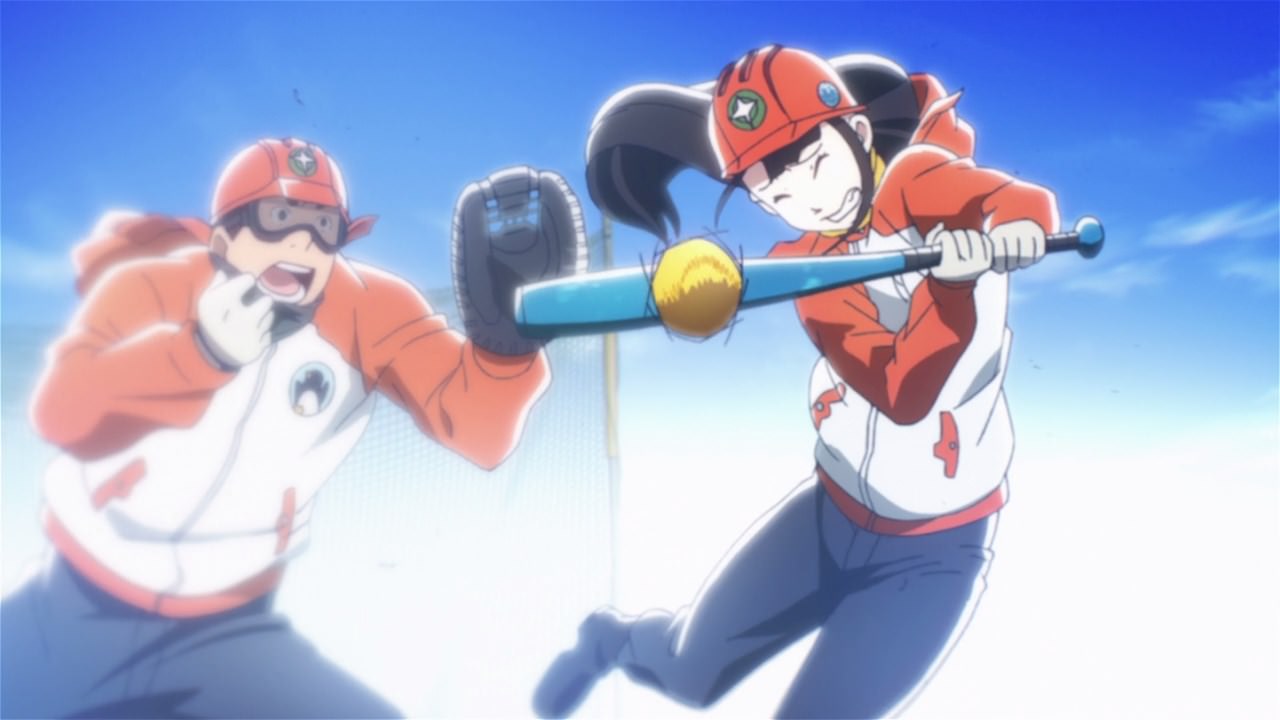 Fortunately, Shirase Kobuchizawa managed to hit Gin-san’s pitches and made a home run. Yeah, she got lucky on hitting that ball! 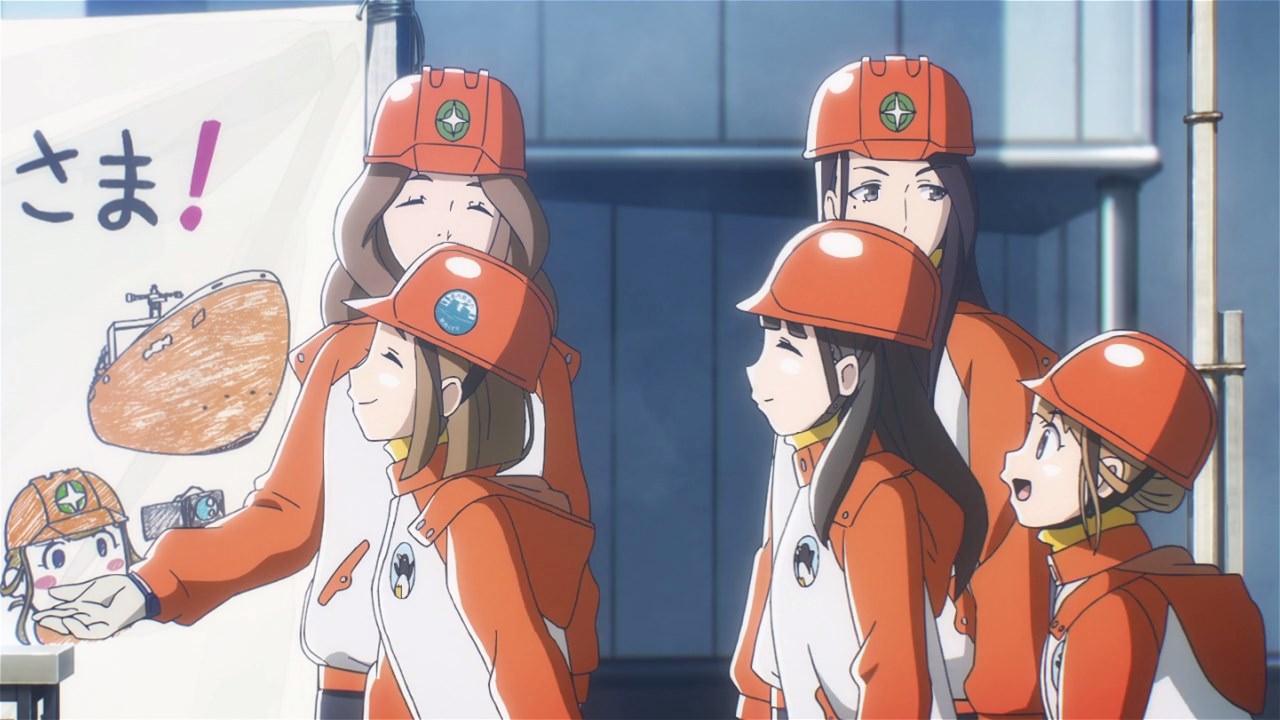 Afterwards, it’s time for a farewell party as Mari Tamaki and the rest are the guests for this event. After all, they need to leave this place on a happier note. 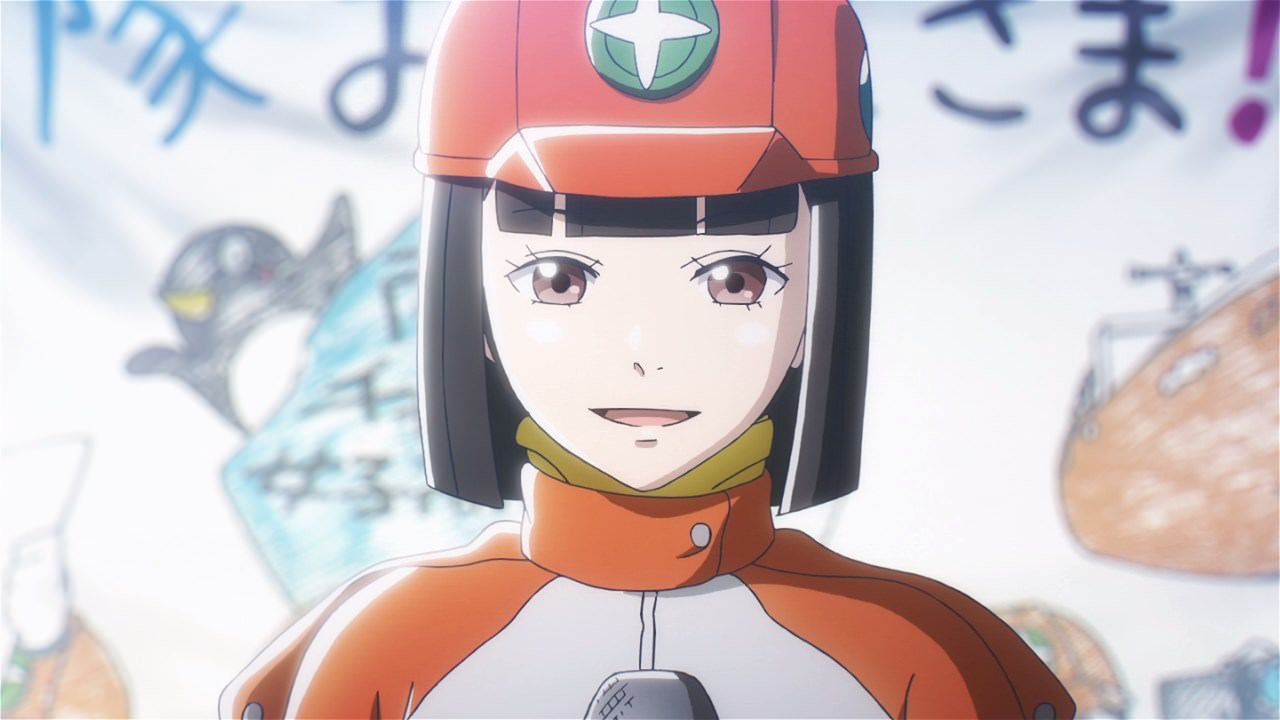 Oh, and here’s Shirase Kobuchizawa as she cut her hair short. I guess she wants to be like her mother Takako.

Anyways, Shirase made a farewell speech where her experience in Antarctica has changed her life forever as there’s nothing to hide her feelings nor emotions. Once she and her friends step into Antarctica, it not only reveals their true nature but they overcome many obstacles together during their trip, including her closure with regards to her deceased mother Takako.

I must say that Shirase’s speech in regards to her experience made a lasting impression to everyone as she and her friends show their true selves, other than being close to each other than ever before. 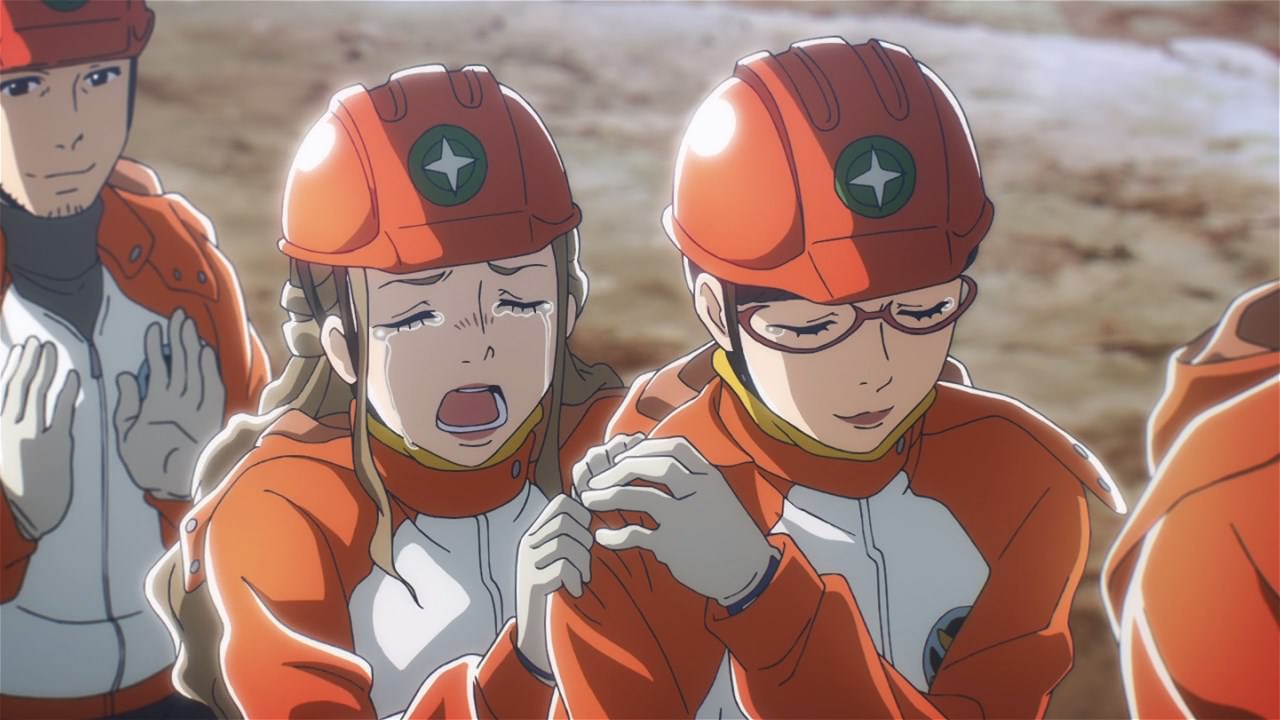 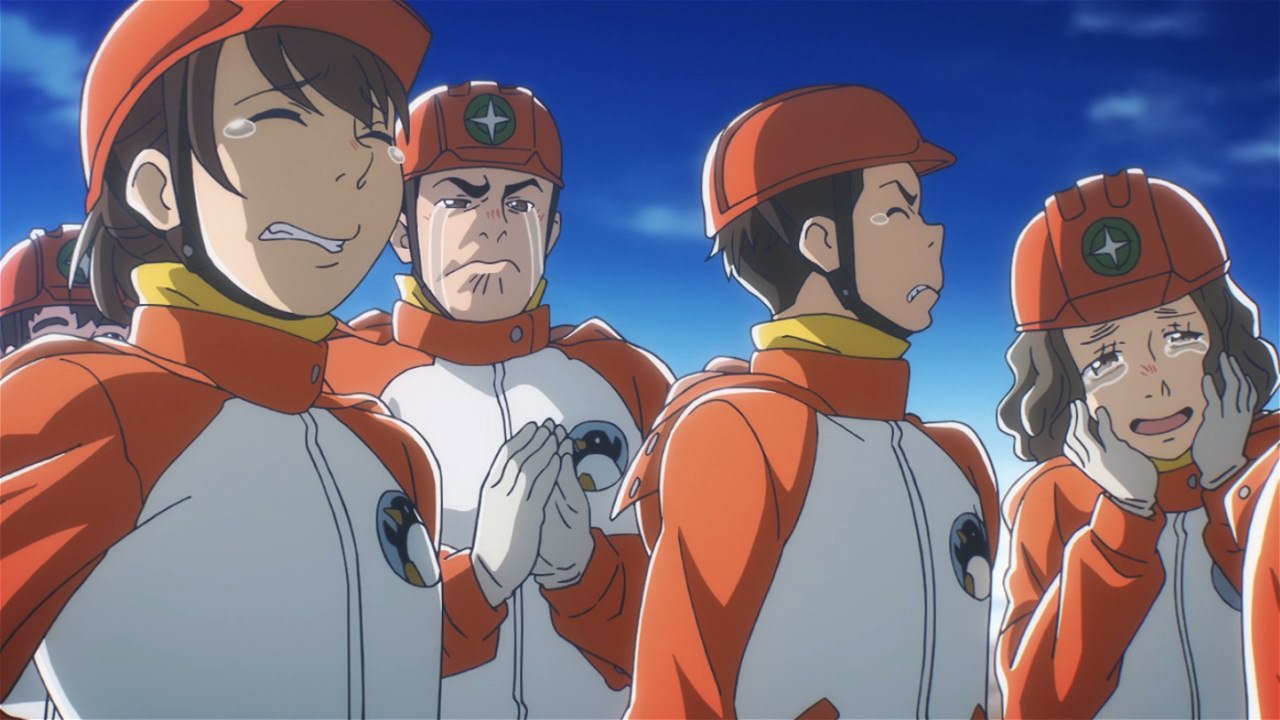 With that said, everyone is crying that her speech has touched everyone’s hearts. While I must say that they want the girls to stay, but Kimari and the rest will need to finish high school first. 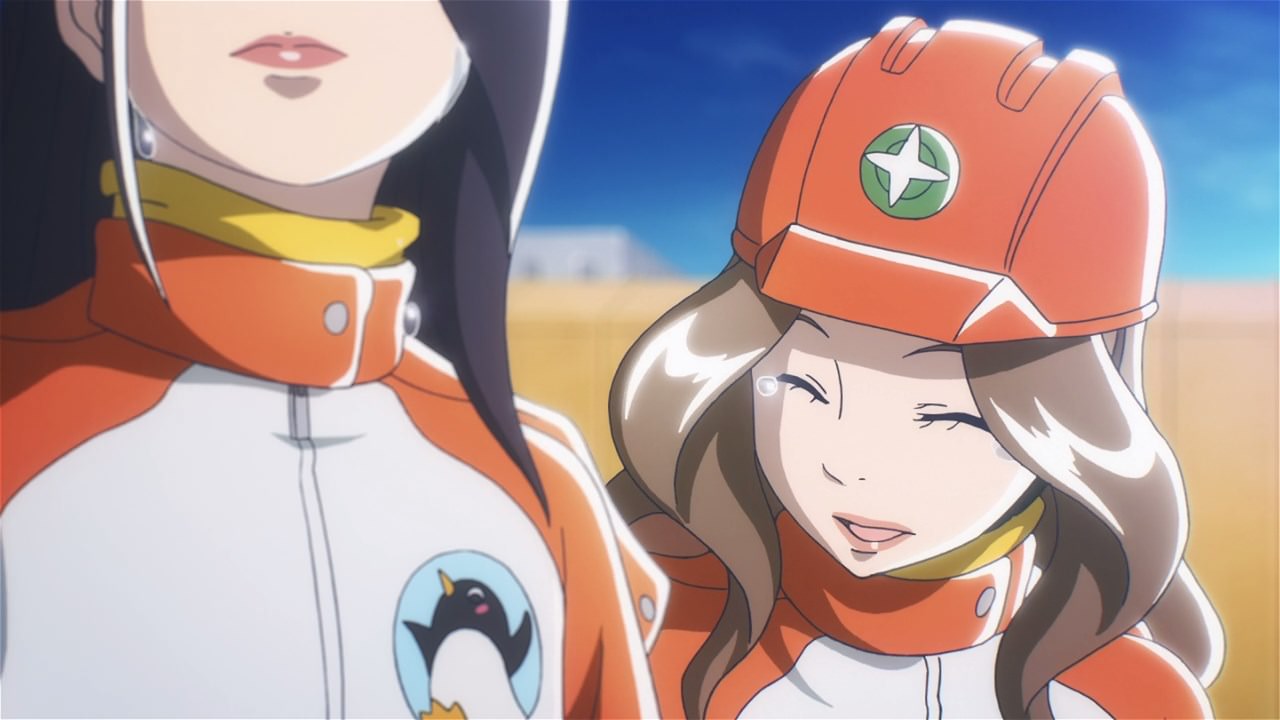 Heck, even Gin Toudou is crying after hearing Shirase Kobuchizawa’s thoughts about Antarctica. But don’t worry though, they’ll return to Antarctica someday… 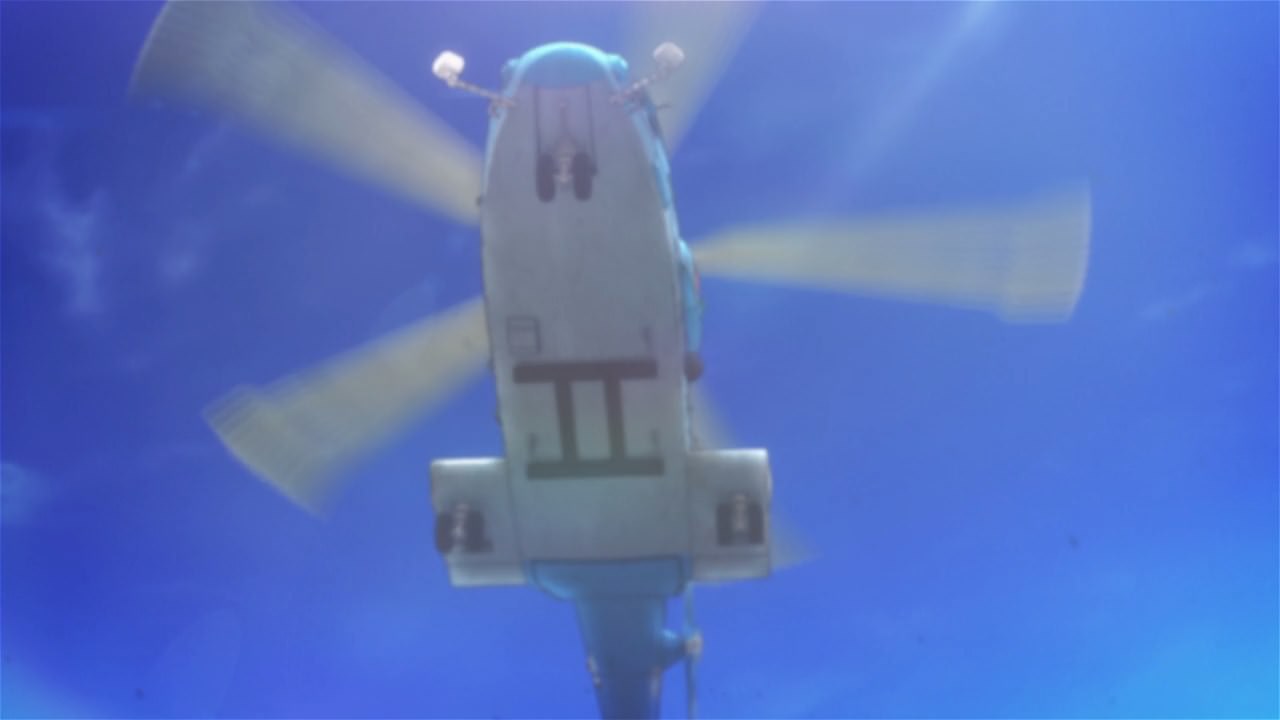 For now, the girls will leave Syowa Station and head towards the ice breaker for their return trip to Japan.

Well, it’s been a fun trip at the South Pole, but I have a feeling that they forgot something? Oh right, they haven’t seen the aurora lights yet! 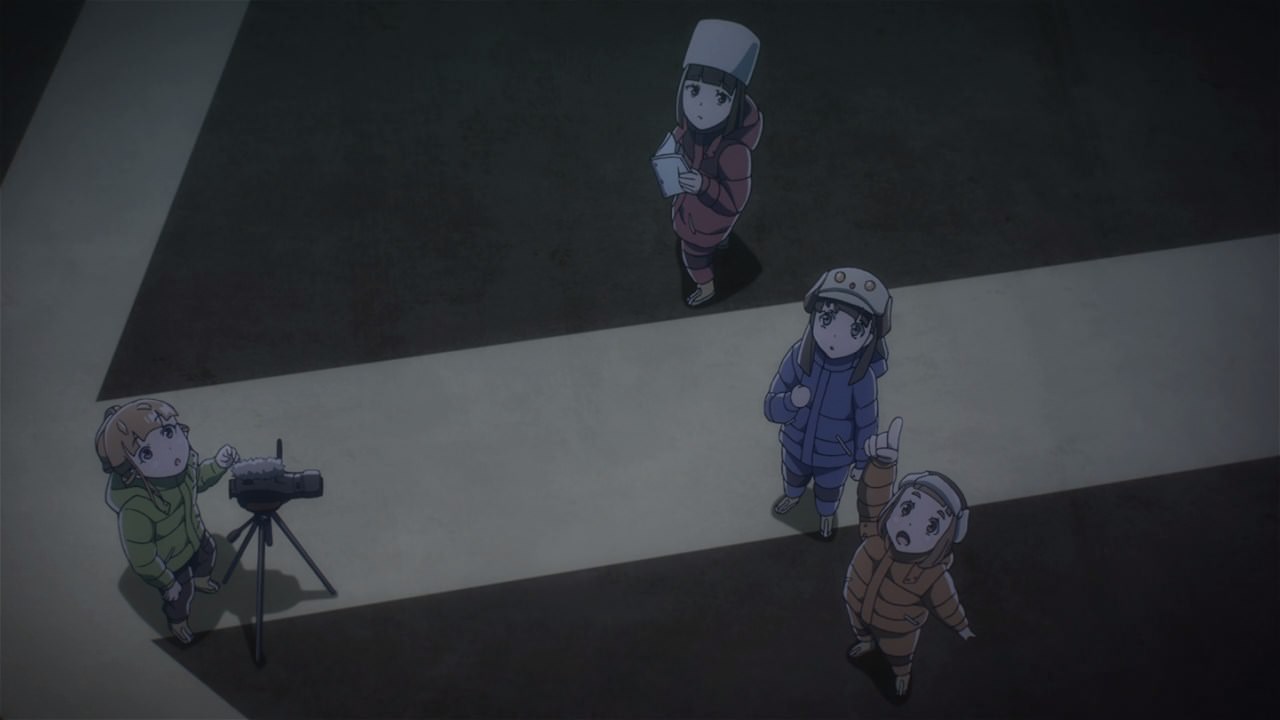 Luckily for them, Kimari point out that there’s one right now on their way home. 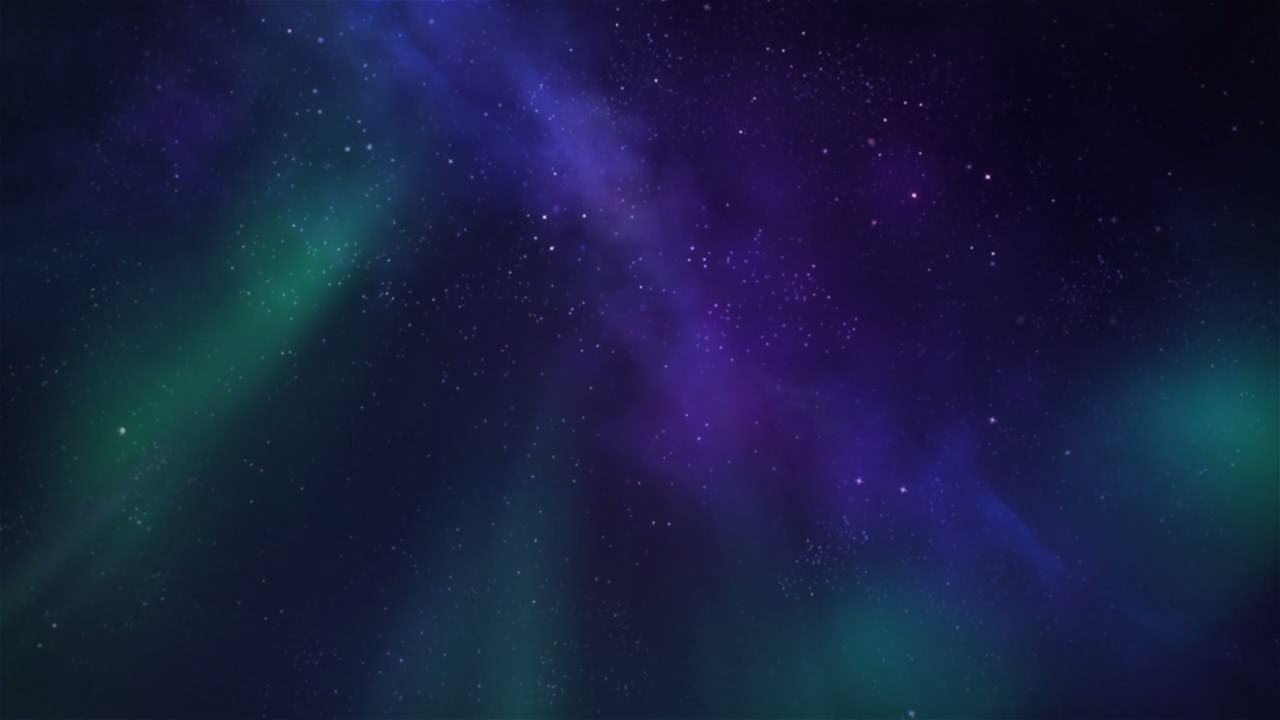 And here it is, the aurora and I must say that it’s an amazing sight to behold! 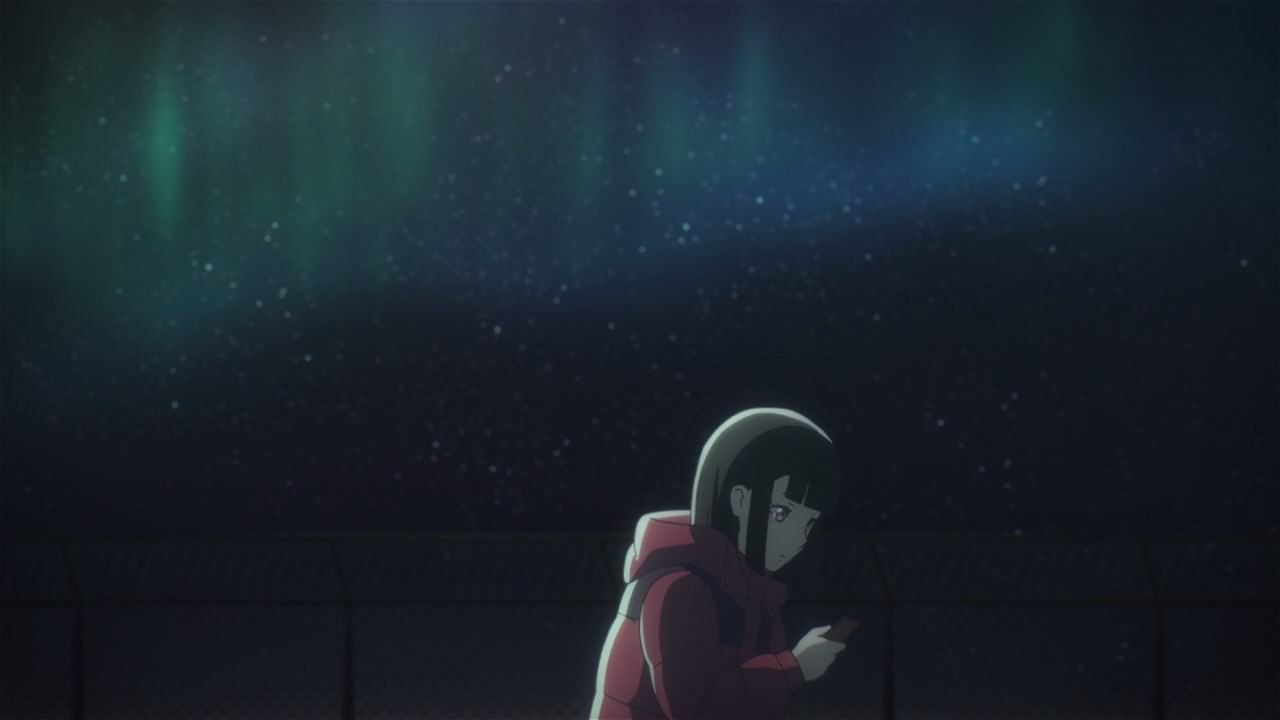 However, it appears that their sight-seeing got interrupted when Shirase got a message… from her mother. Wait, I thought she’s already passed away? 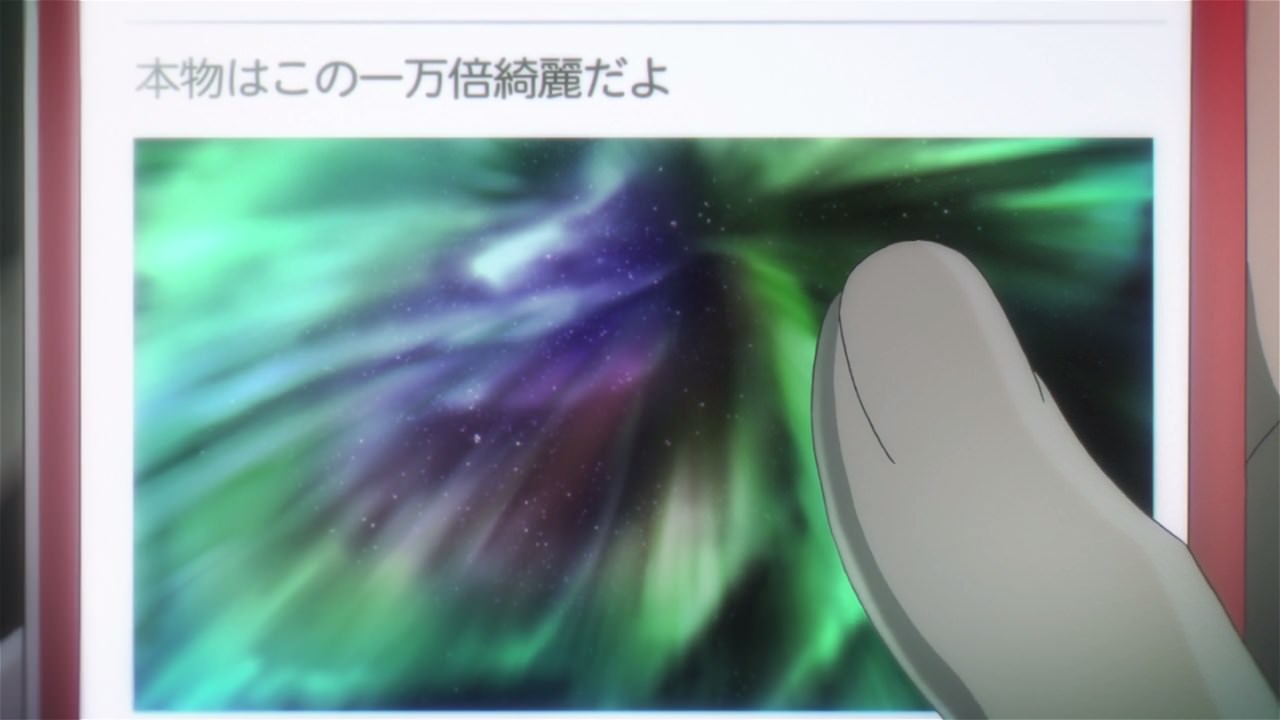 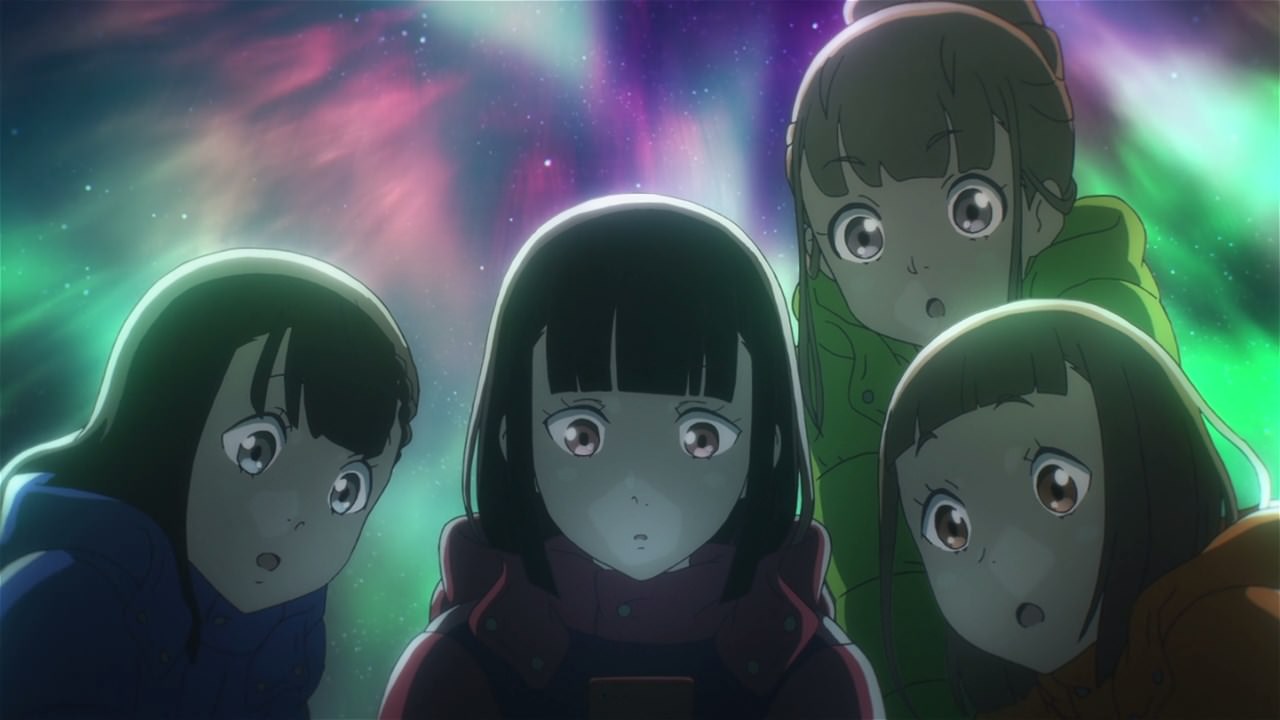 But anyways, Shirase Kobuchizawa and her friends saw what a real aurora looked like up-close, which they’re amazed on what Takako saw back in the day. Then again, the girls are ignoring the aurora that’s happening right now.

On the other hand, did she send that message as if her spirit decides to pay a visit to her daughter? C’mon, there’s no way Takako could do that… or is it? 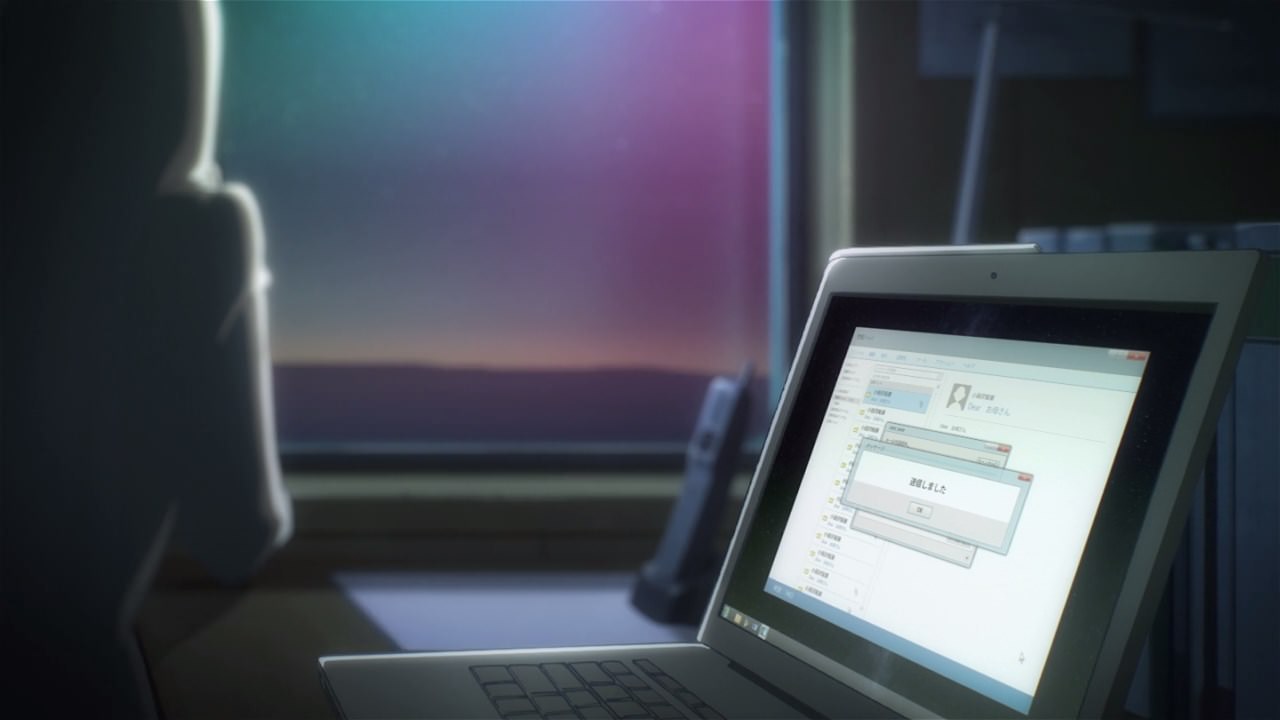 But then again, I feel that someone did a divine intervention on this. Anyways, I must say that watching “A Place Further Than the Universe” is the best thing I’ve ever have and kudos to Madhouse for making this anime.

From the character development among the main girls, the story premise, the audio-visual presentation, everything is so great that Madhouse, especially from the staff that made No Game No Life, have put their heart and soul onto this series that it truly deserves as one of the best in Winter 2017. I’d definitely recommend this show as it’s not only cute, but the story and its development is truly worth the watch. 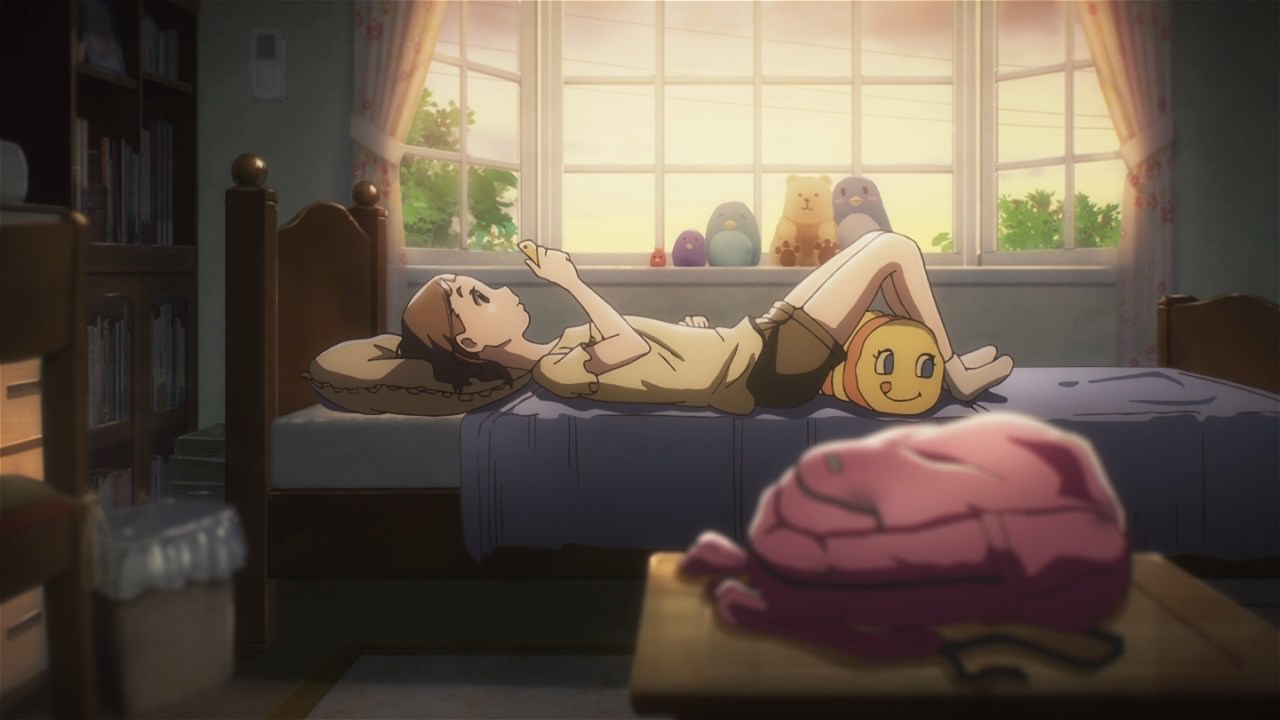 With that said, let’s close this series out as Mari Tamaki finally returned to Japan after their trip in Antarctica. Even though it’s already ended, Kimari and the rest of the girls will remain friends forever.

Now then, the only thing left for Kimari is to tell Megumi Takahashi that she’s finally back home. 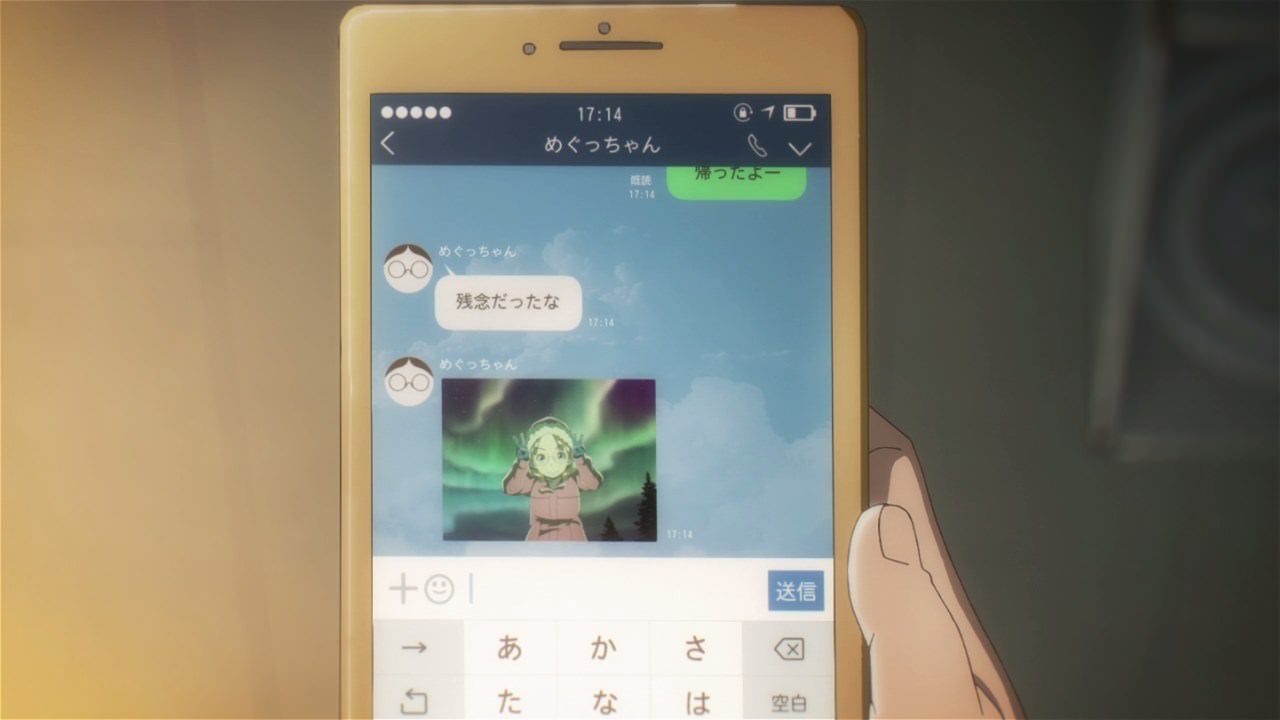 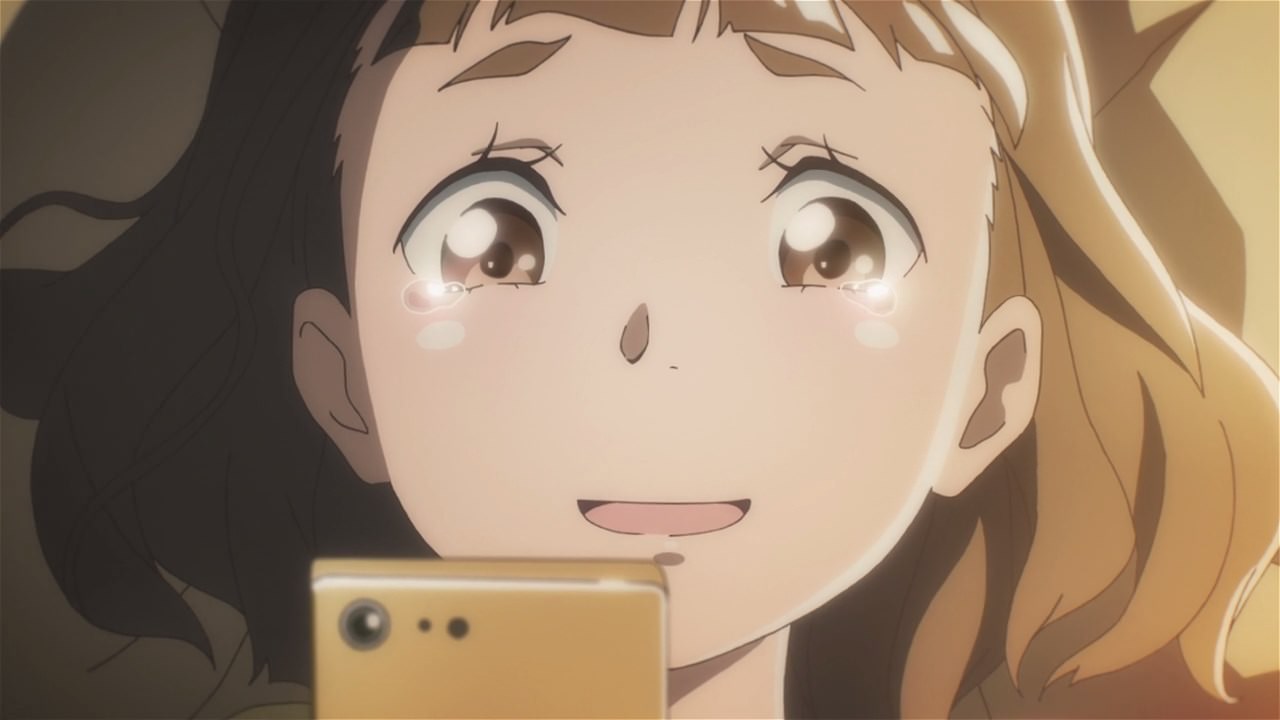 But then again, it appears that Kimari is surprised that Megumi is already in Antarctica. I guess Megumi Takahashi is inspired to go to a place further than the universe!

Well guys and girls, it’s been a fun journey on this series. Peace out!