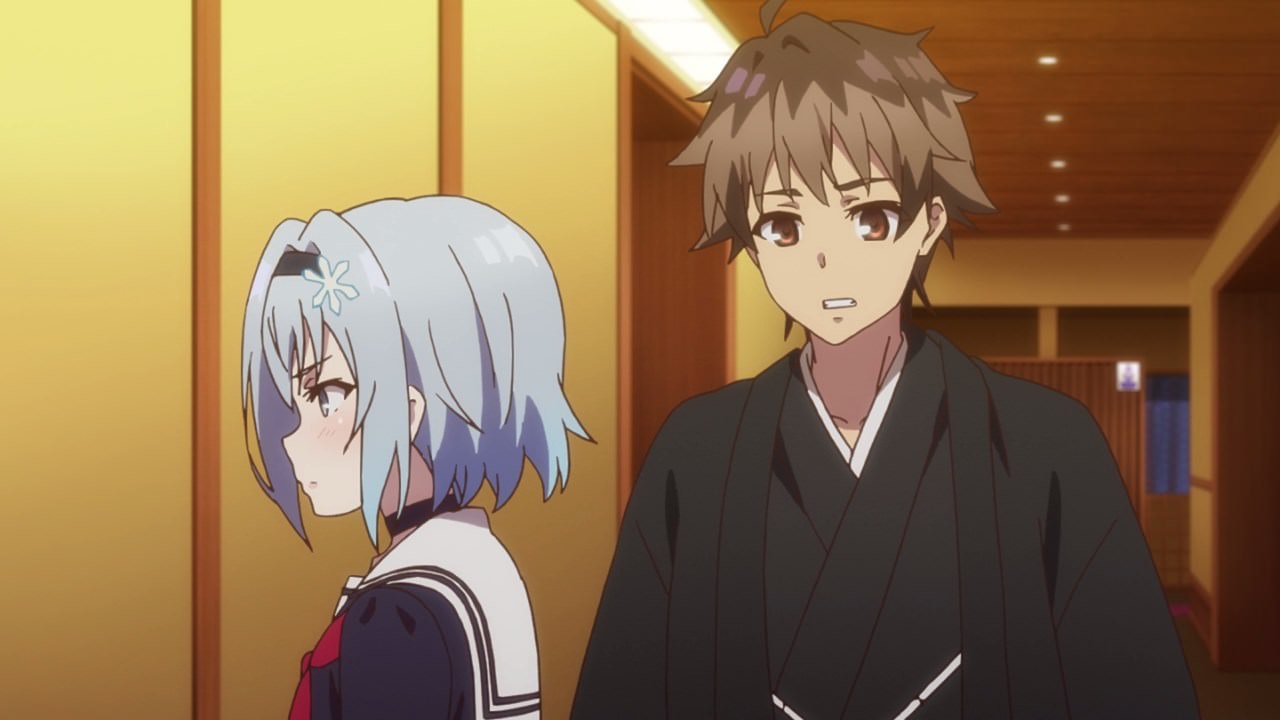 Well, seems that Yaichi Kuzuryuu is getting late to his 4th game against the Meijin. Oh, and bumped into Ginko Sora where he was supposed to say sorry since he act like a jerk in the previous episode.

However, Ginko told Yaichi to go ahead to the shogi hall and make an apology later… once he won the 4th game that is. 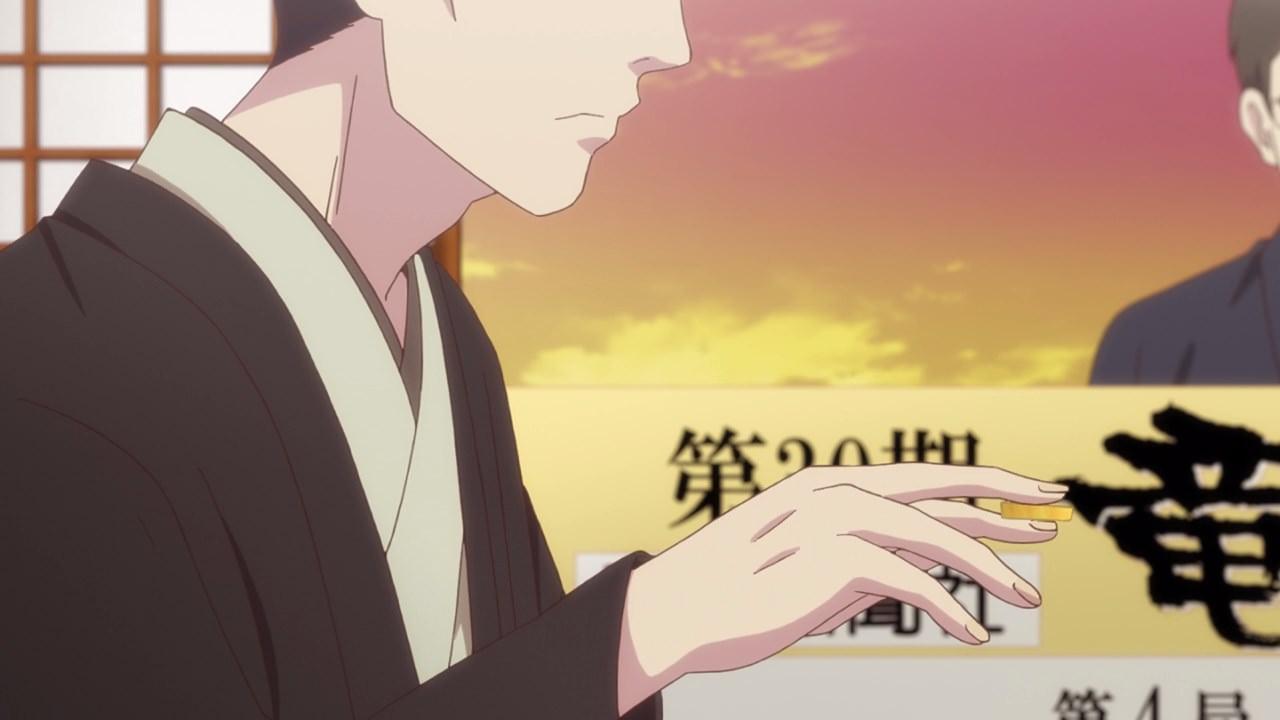 But anyways, it’s a do-or-die game for this final episode as the match went underway with the Meijin countering every move that Yaichi makes.

Yes, he’s strong as if he’s some sort of shogi god or Red from the Pokemon series! 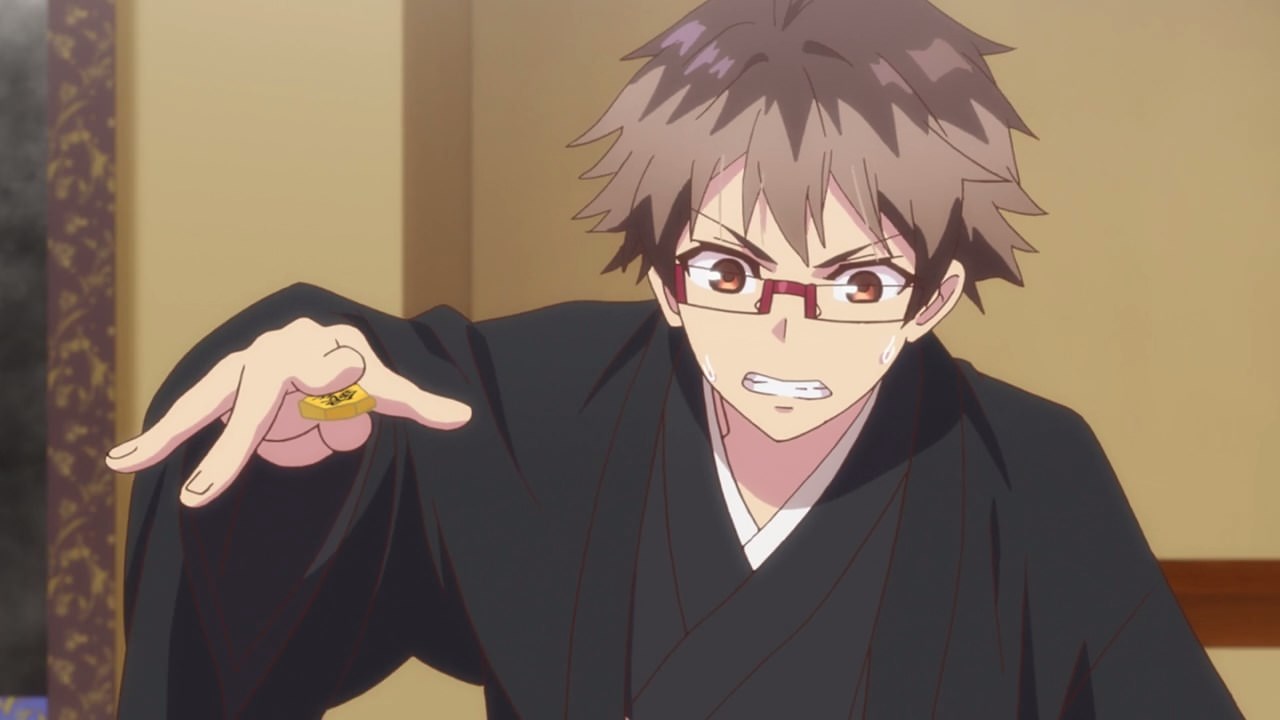 As for Yaichi Kuzuryuu, he’s still struggling to find ways to beat the Meijin. Even worse is that he’s limited to 1 minute per move now that Yaichi’s allotted time is up. 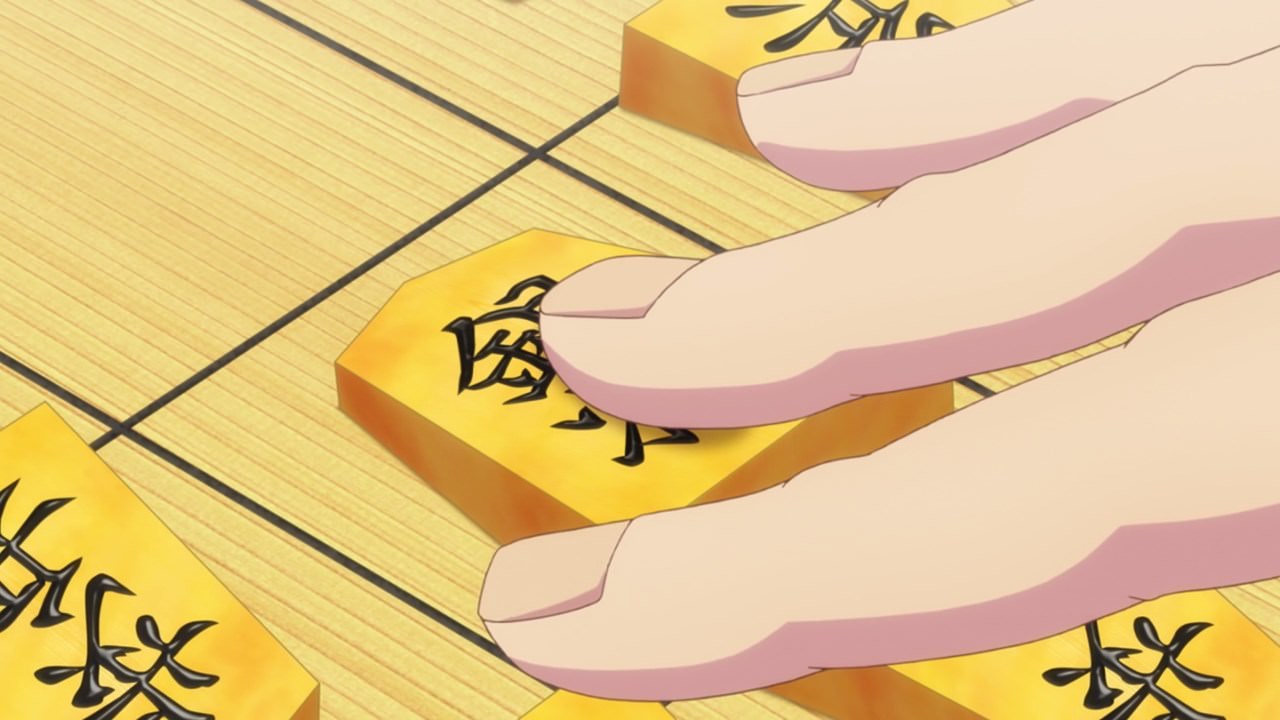 So out of desperation, Yaichi drops his silver general at 7-7 since he has no time to come up with a strategy. 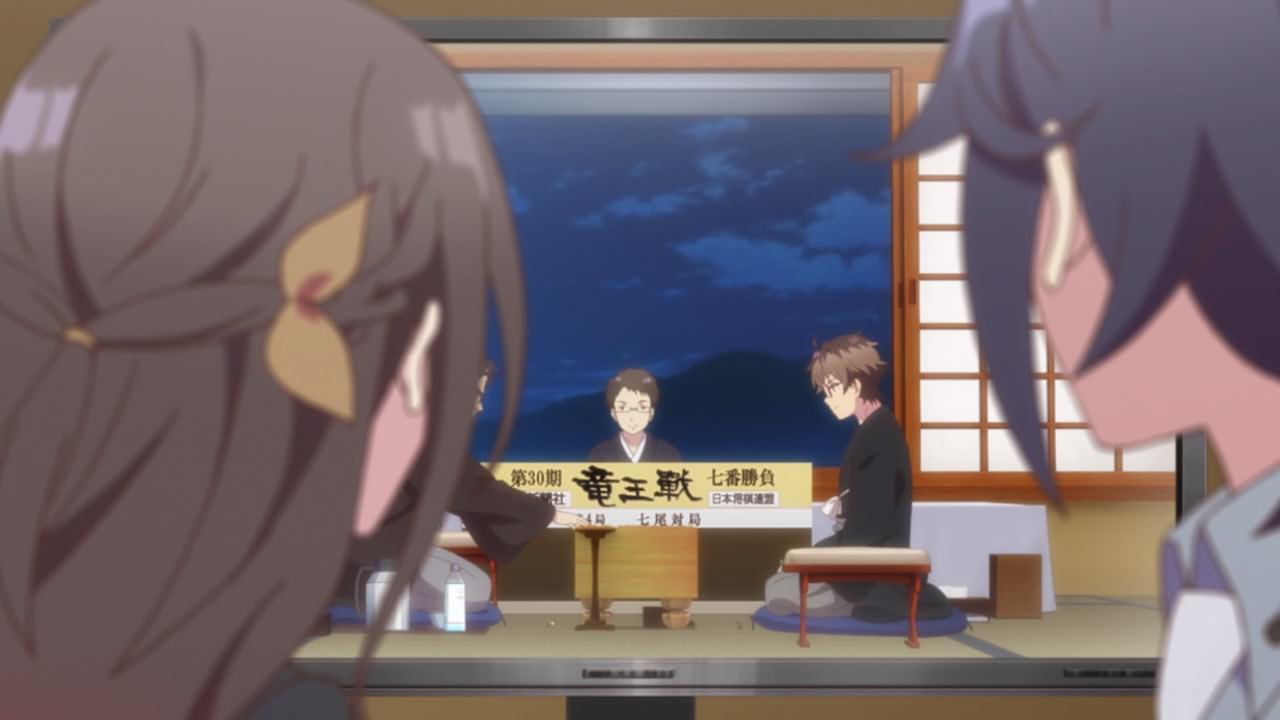 And as for the Meijin, seems that he has a counter to it as everyone is watching at the screen… 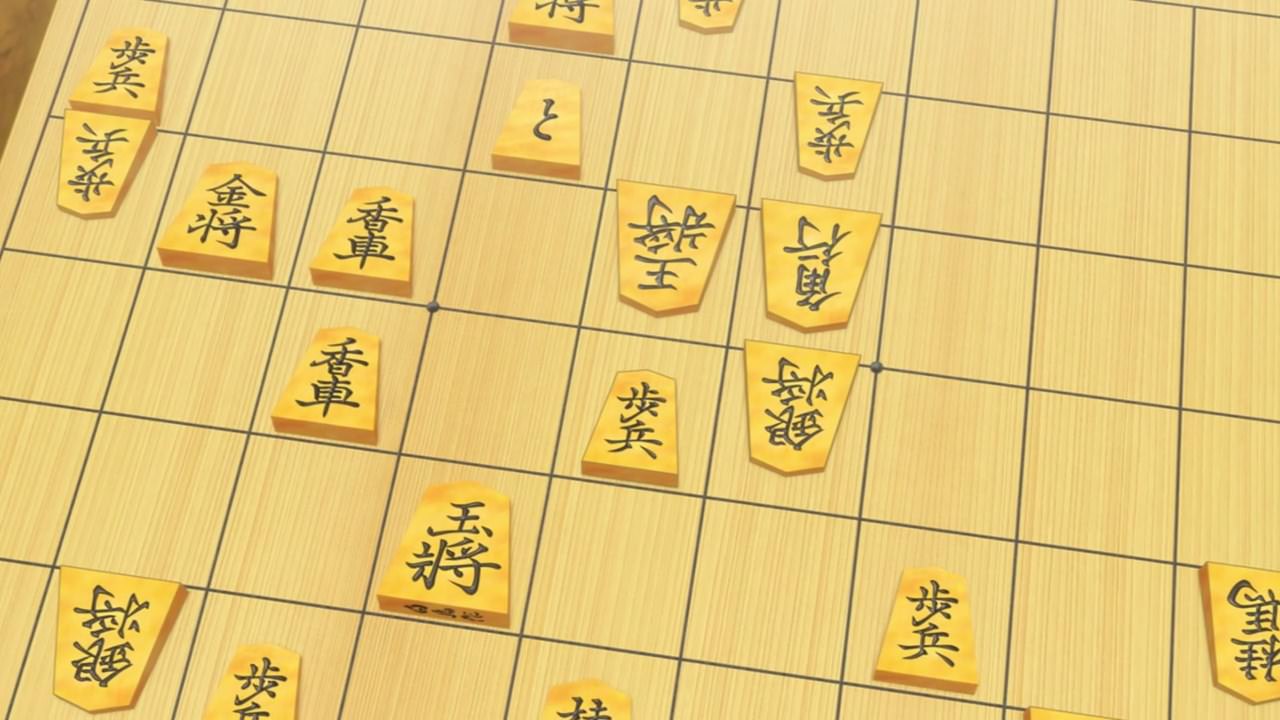 …by dropping his pawn at 5-3, checking Yaichi’s king. Then again, it appears that both players are making infinite moves at this point. 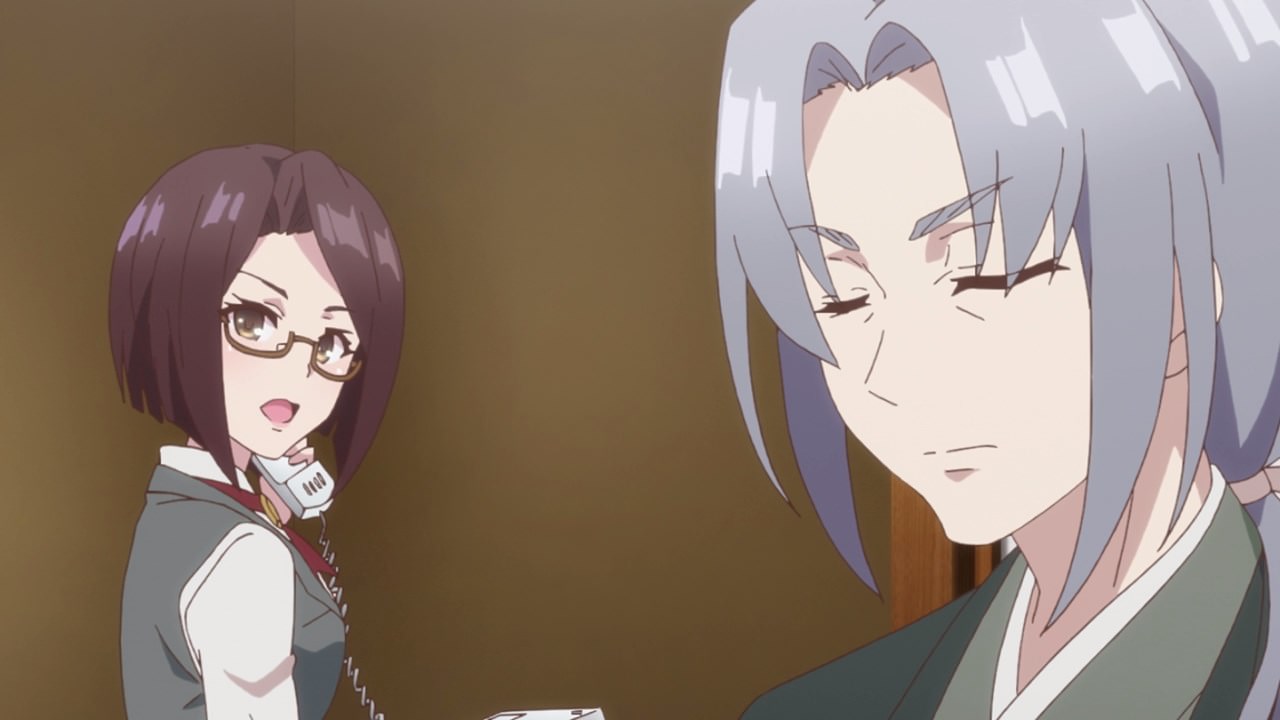 Suddenly, the Shogi Association got a call from the Meijin as he wants to suspend the match. Hm, I have a feeling that something bad has happened during the match. 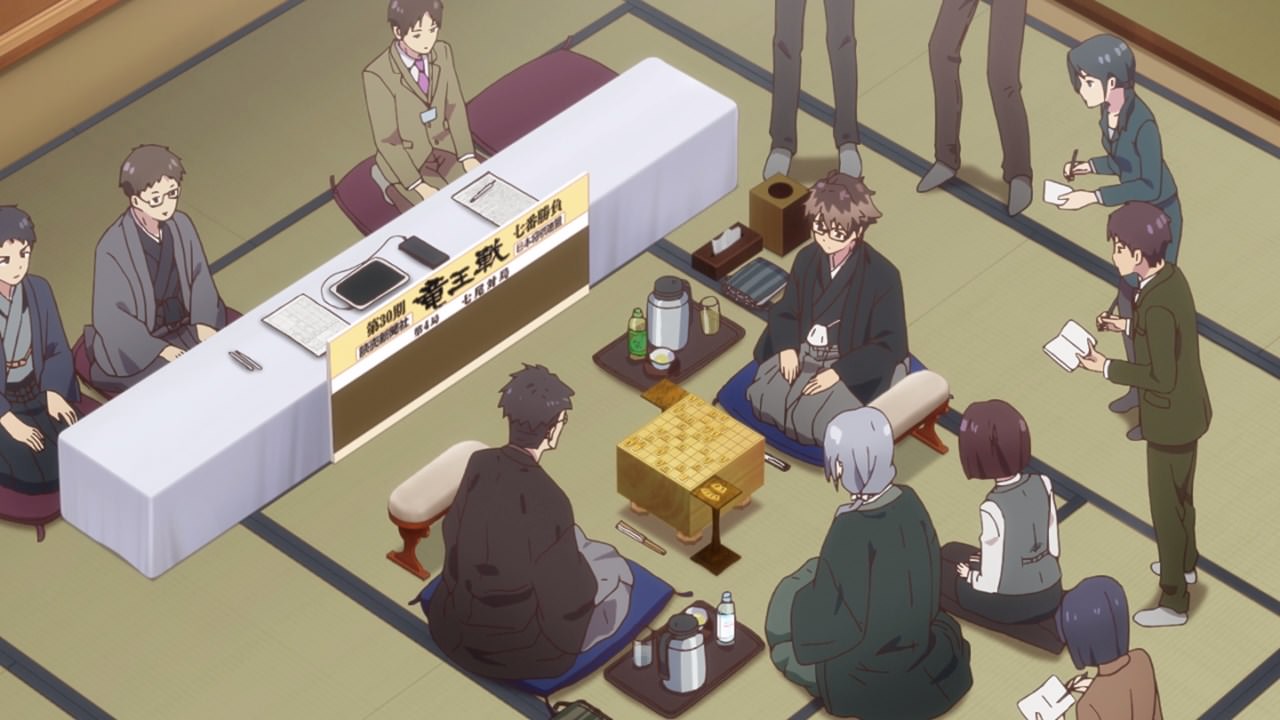 Turns out, Seiichi Tsukimitsu explained that both players made a foul move called Drop Pawn Mate. This is a situation where they cannot determine the outcome of the match despite abiding by the rules.

With that said, Seiichi Tsukimitsu declared this game as invalid and there would be another one later tonight. So yeah, Yaichi is safe for now but he needs to prepare for a rematch later. 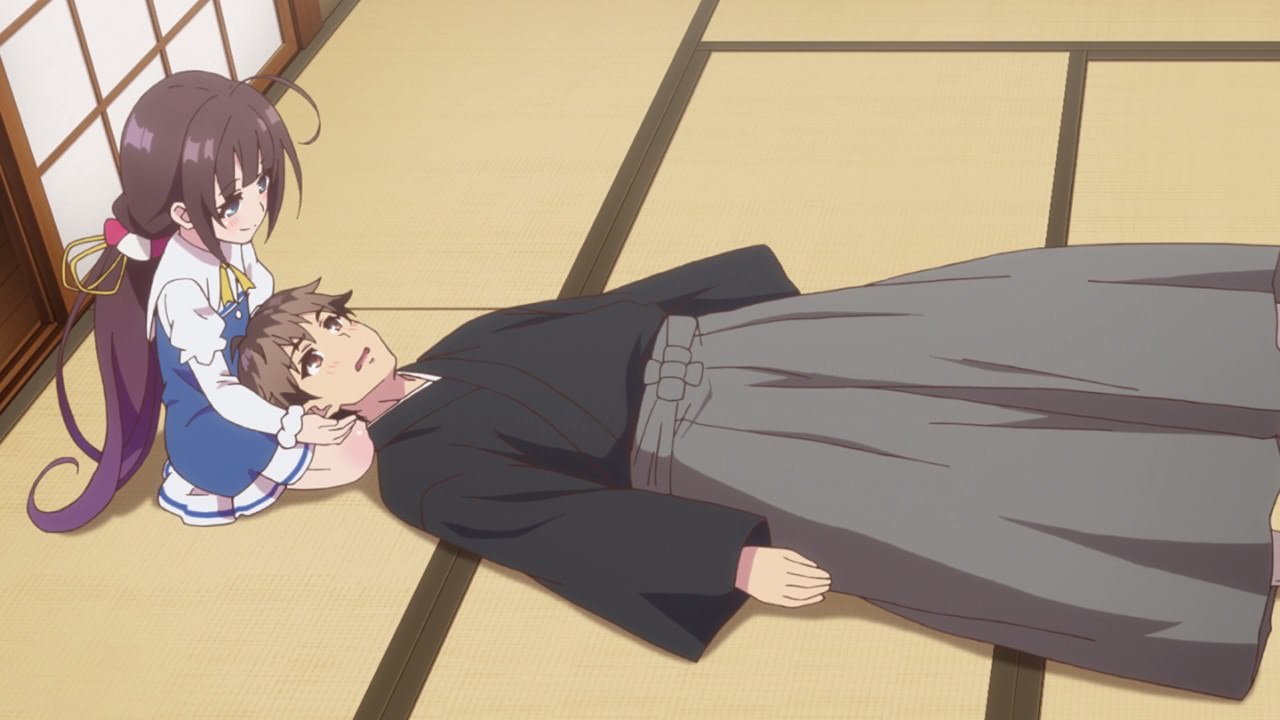 Also, here’s Ai Hinatsuru as she let her master use her lap as a pillow. Honestly, that’s very dangerous coming from Kuzuryuu! 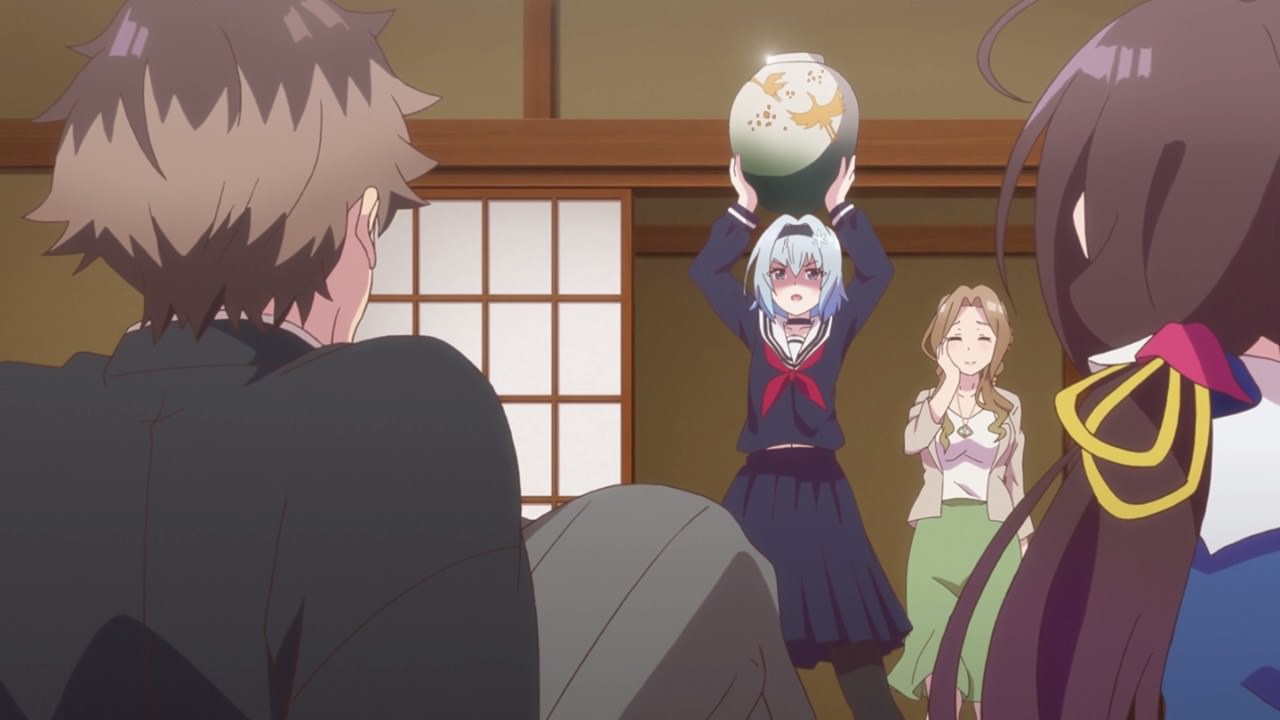 Hell, even Ginko Sora wants to kill Yaichi off for being a lolicon. I guess she still haven’t forgive him! 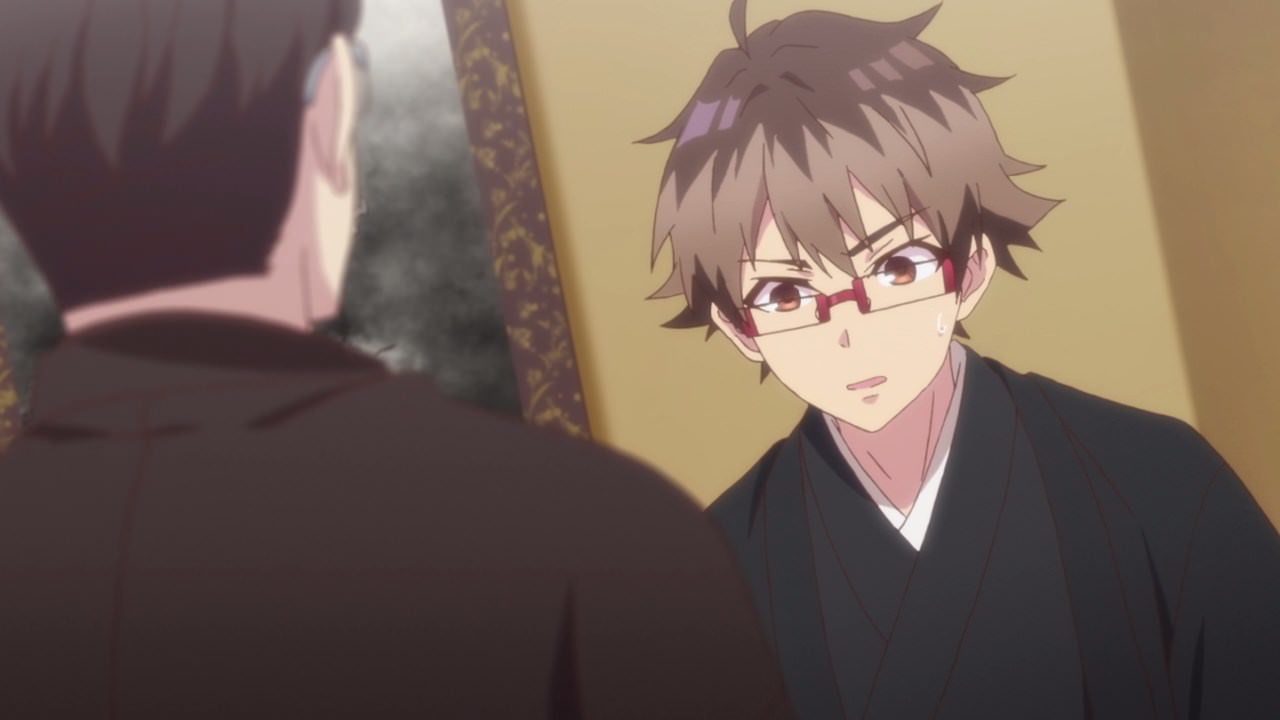 Now then, it’s time for the rematch of the 4th game where Yaichi Kuzuryuu is in the same position as before, with the Ryuuou title-holder using all of his allotted time and now he’s limited to just a minute to make his move. 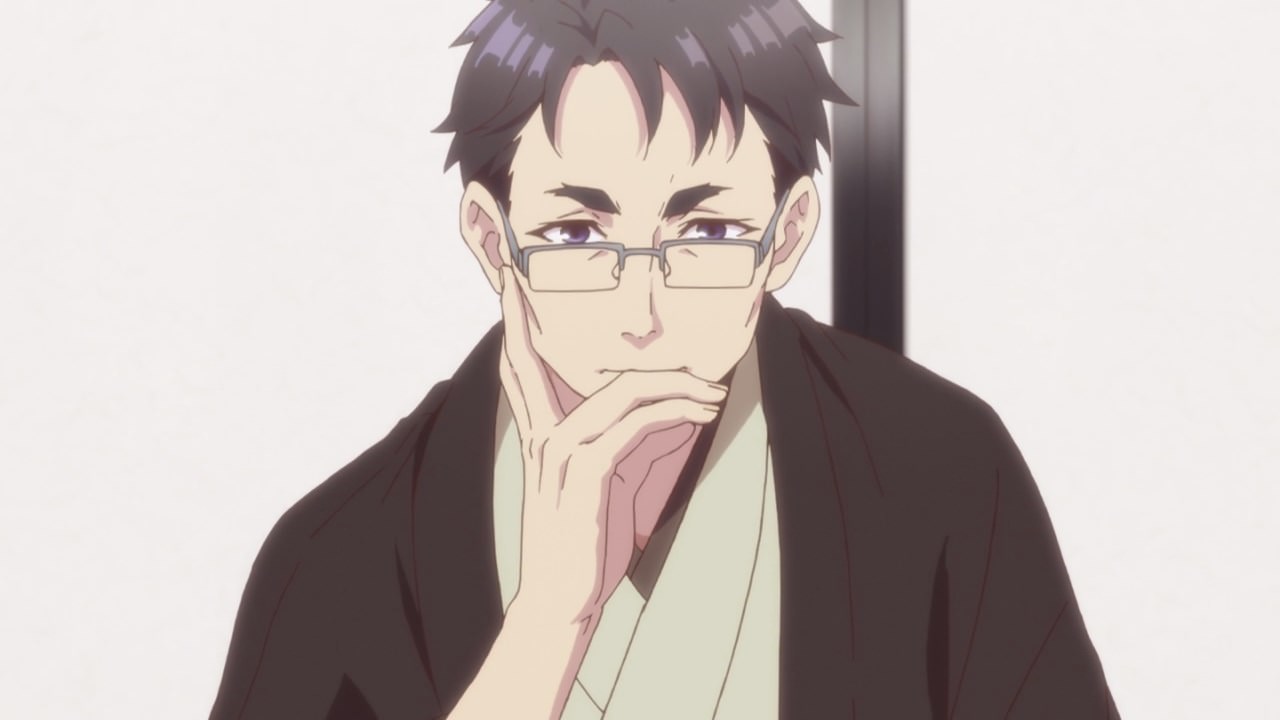 On the other hand, the Meijin is very calm in every situation. He knows when will his opponent strike next and he’ll counter it without a second though.

Also, this will be the first and last time you’ll see this man’s face because this match will be over soon. 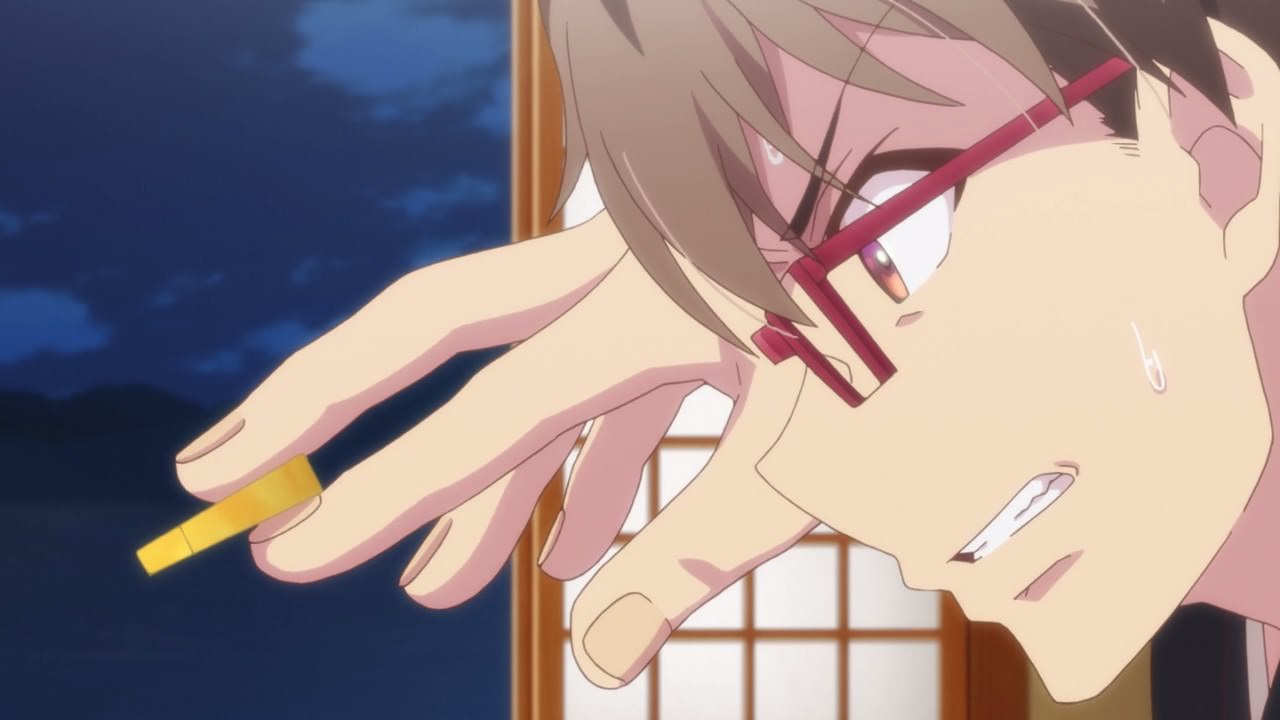 But despite the odds against him and his body is in a brink of collapse, Yaichi continues to fight until the end. 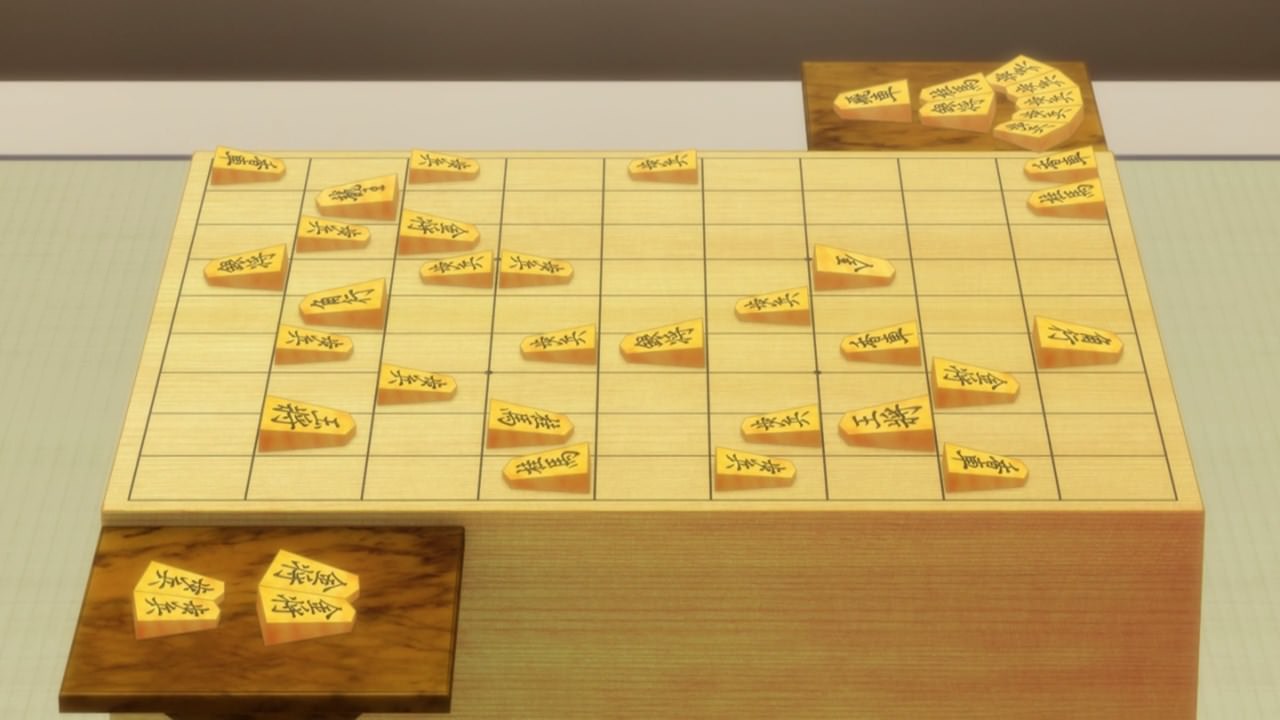 And after so many moves committed by both players, the dust has settled as the match has ended. Who will emerge victorious? 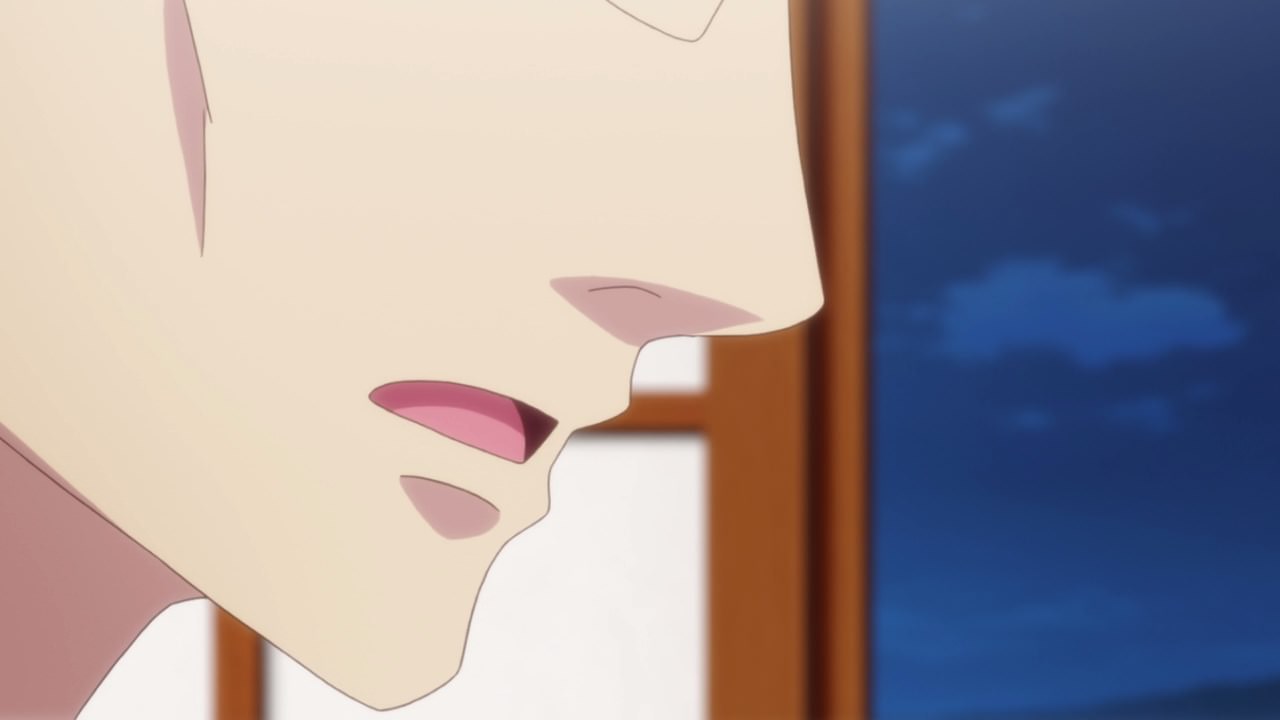 Turns out, it was the Meijin… who lost the 4th game against Yaichi Kuzuryuu as he uttered “I lost!” in a calm voice.

Sure that he doesn’t talk much, but those words alone are enough for Yaichi to overcome the biggest obstacle in his life! 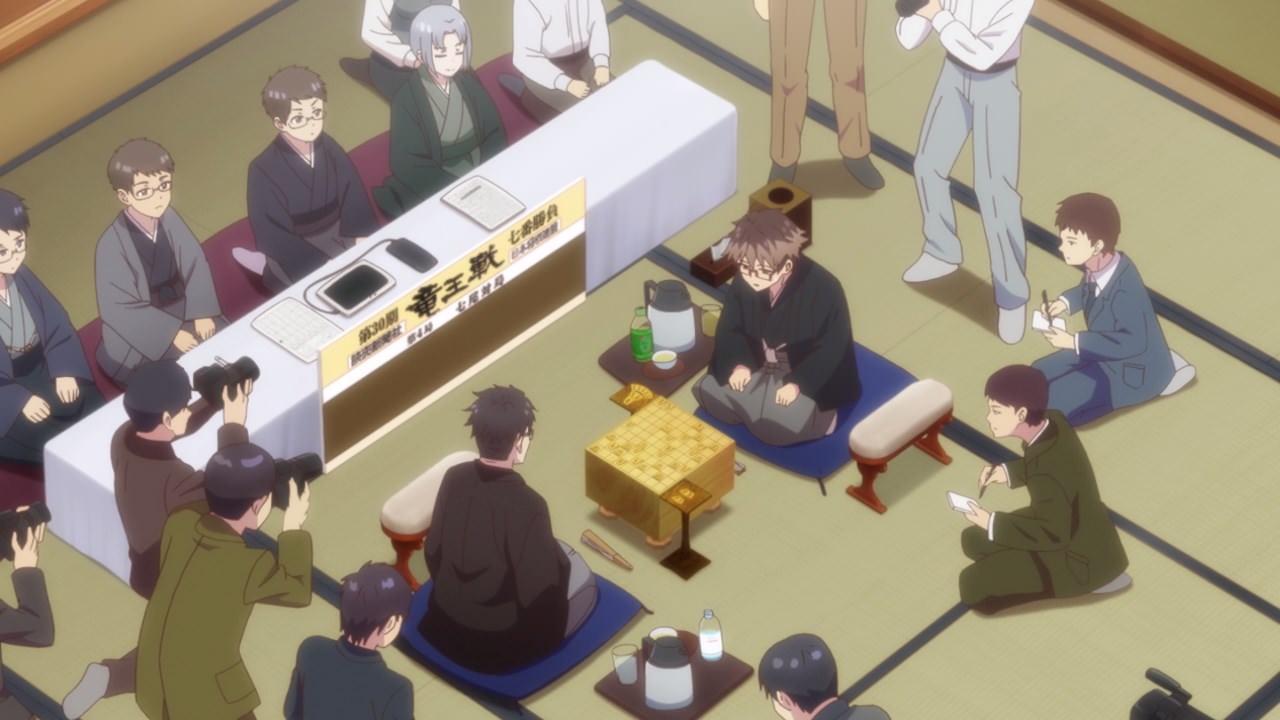 With that said, the 4th game is over as Yaichi Kuzuryuu made an upset victory over the Meijin. Everybody is shocked that the challenger, who knows that he’s the best shogi player, was defeated.

But for Yaichi’s friends, it was pure jubilation as his hard work have paid off to defeat the Meijin. 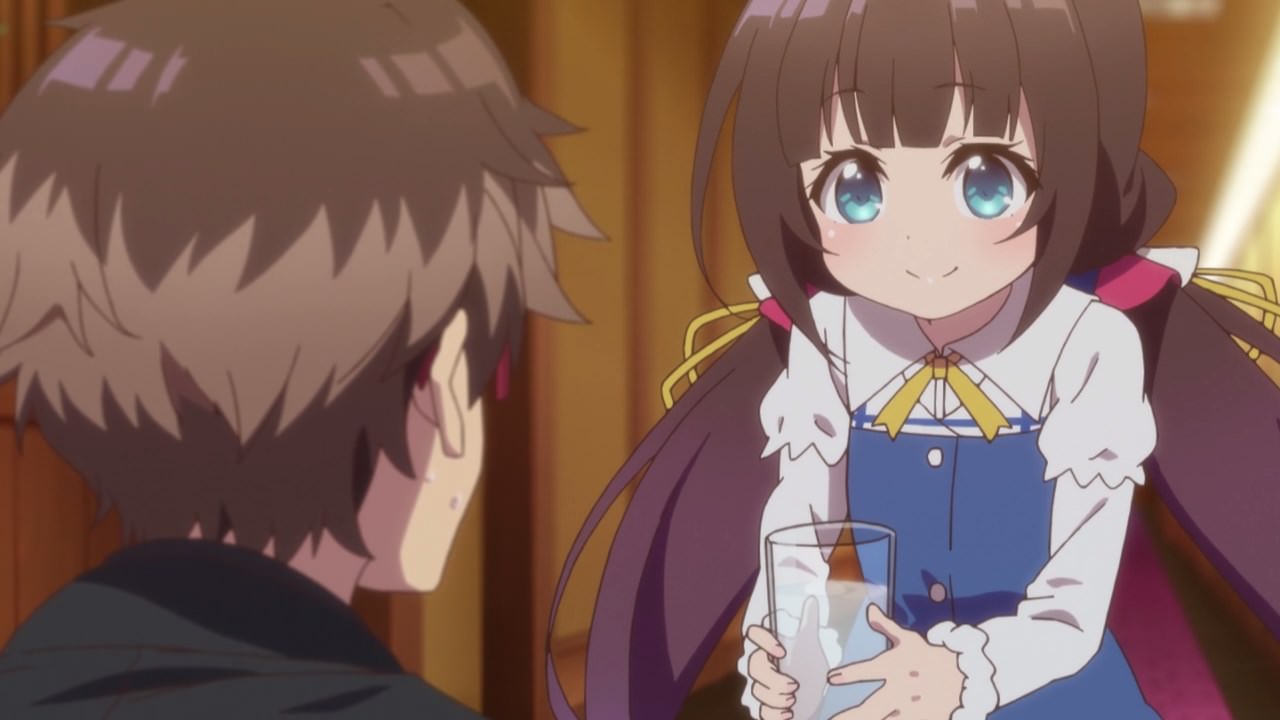 This includes Ai Hinatsuru who is very happy that her master has won as she gave Yaichi a glass of water. C’mon, he’s tired of finding ways to defeat the Meijin.

Of course, Yaichi Kuzuryuu just won the fourth game and he needs to win 3 more to defend his title. Well, let’s just skip to that as Yaichi won the next 3 games against the Meijin, successfully defended his Ryuuou title. So yeah, it’s a happy ending for him, his disciples, and his friends! 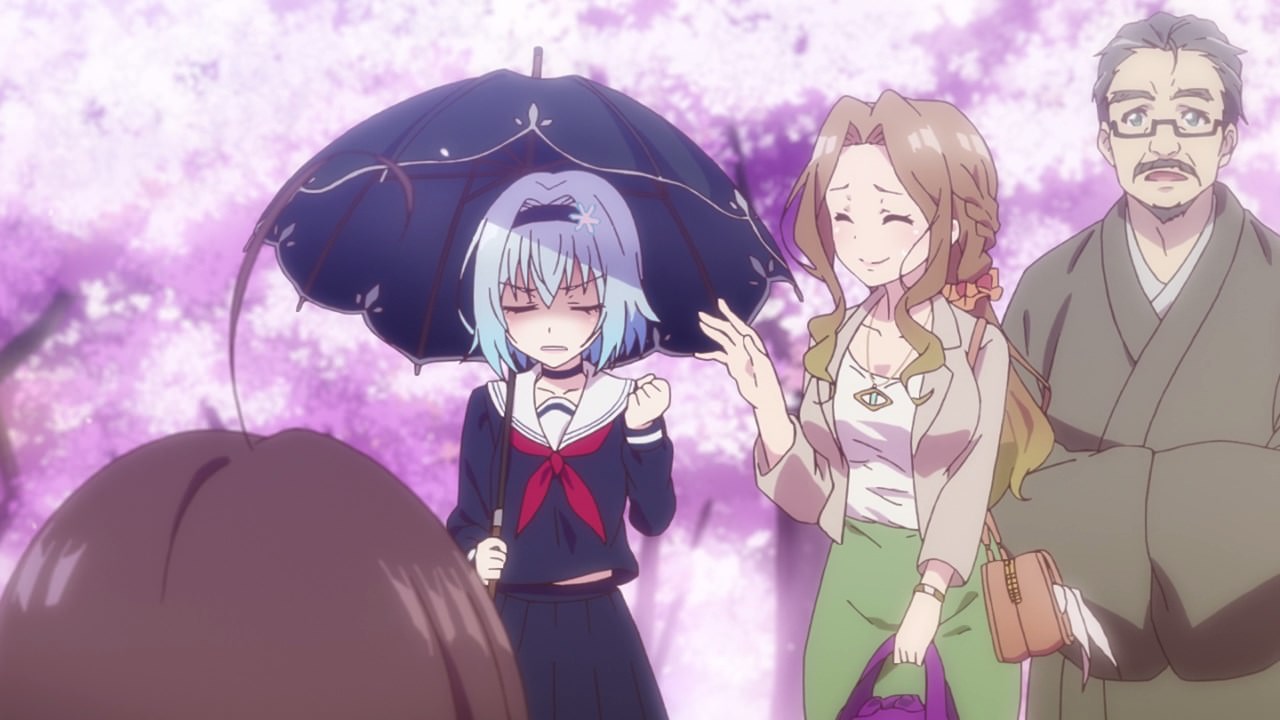 And now, it’s time for the epilogue as Yaichi Kuzuryuu and his buddies are at the park for seeing the cherry blossom trees bloom in spring.

Oh yeah, here’s Ginko Sora as she’s here with both Kousuke and Keika Kiyotaki. I wonder if Yaichi forgive her after the Ryuuou title match ’cause if he did, where’s the apology scene? But yeah, everyone is invited for this sakura tree viewing. 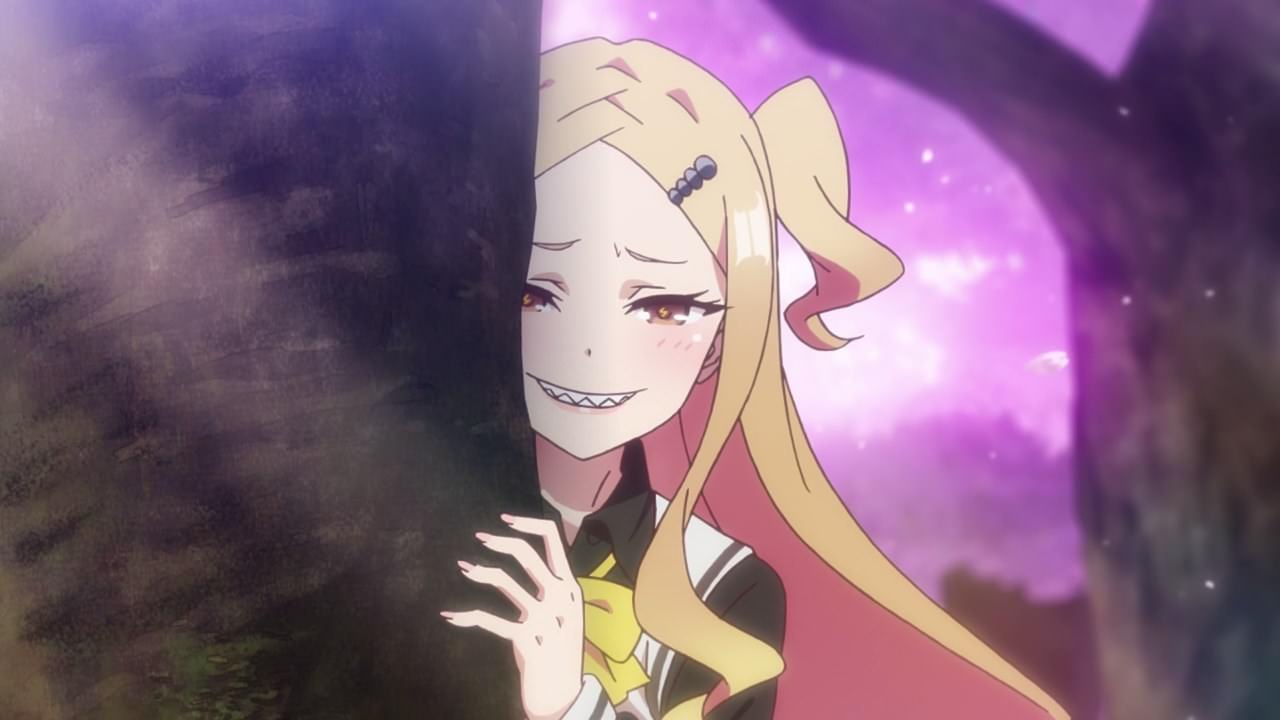 Well, except for Ika Sainokami where she’s still stalking Yaichi Kuzuryuu behind this tree. Seriously Ika-chan, you’re creeping me and everyone out! 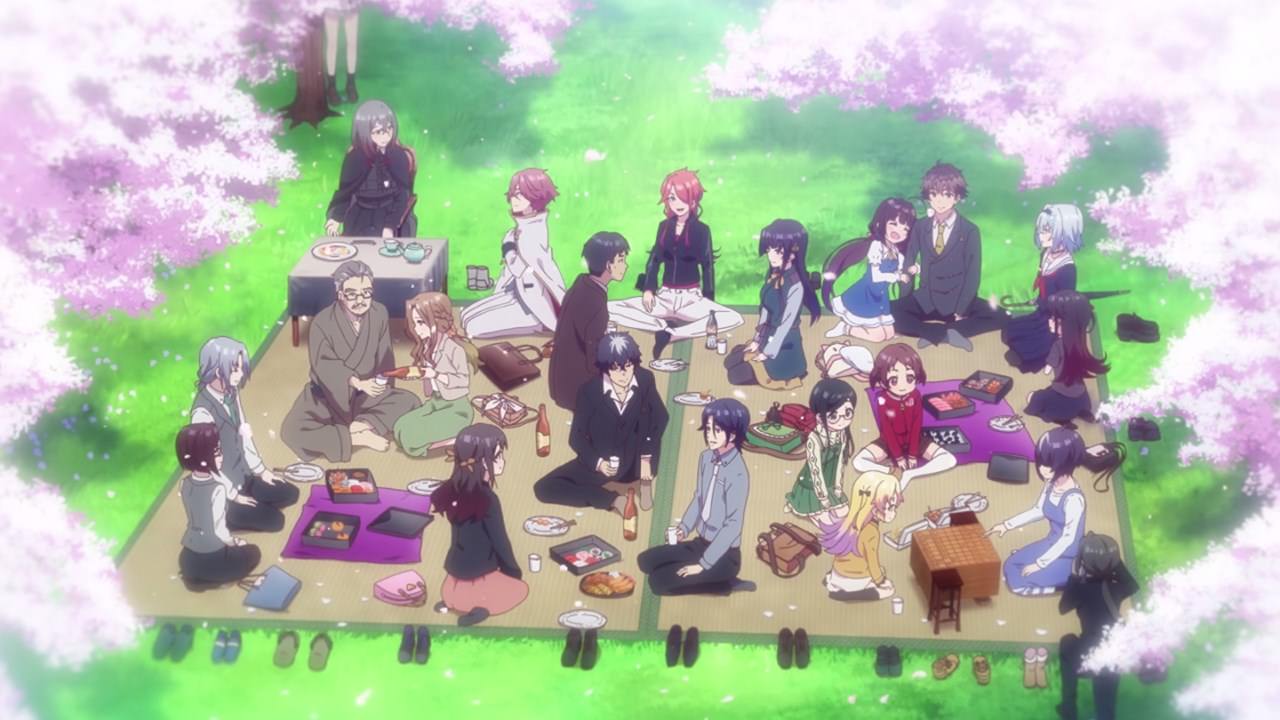 Anyways, that’s it for Ryuuou no Oshigoto! as the story for this anime adaptation ended on a happier note. Well, Ai Hinatsuru’s story of chasing her first title will continue on the novels but I doubt that Project No. 9 will make another season.

Now then, I like how it shows some aspects of shogi like its strategies that alludes to famous real-life professional matches, but the only that turned me off just a bit is how it shows loli characters in somewhat dangerous situations. Remember the time where Ai Hinatsuru went out to the bathroom naked? Yeah, that’s not safe! Still, it’s an entertaining show to watch but if you want a serious anime series about shogi, Ryuuou no Oshigoto! is not for you as you might wanna watch other shows like Sangatsu no Lion.

Well then, I bid you farewell as it seems that the gathering party is fully-stacked. And as for Yaichi Kuzuryuu and his two disciples, I hope that they become successful shogi players in the future!