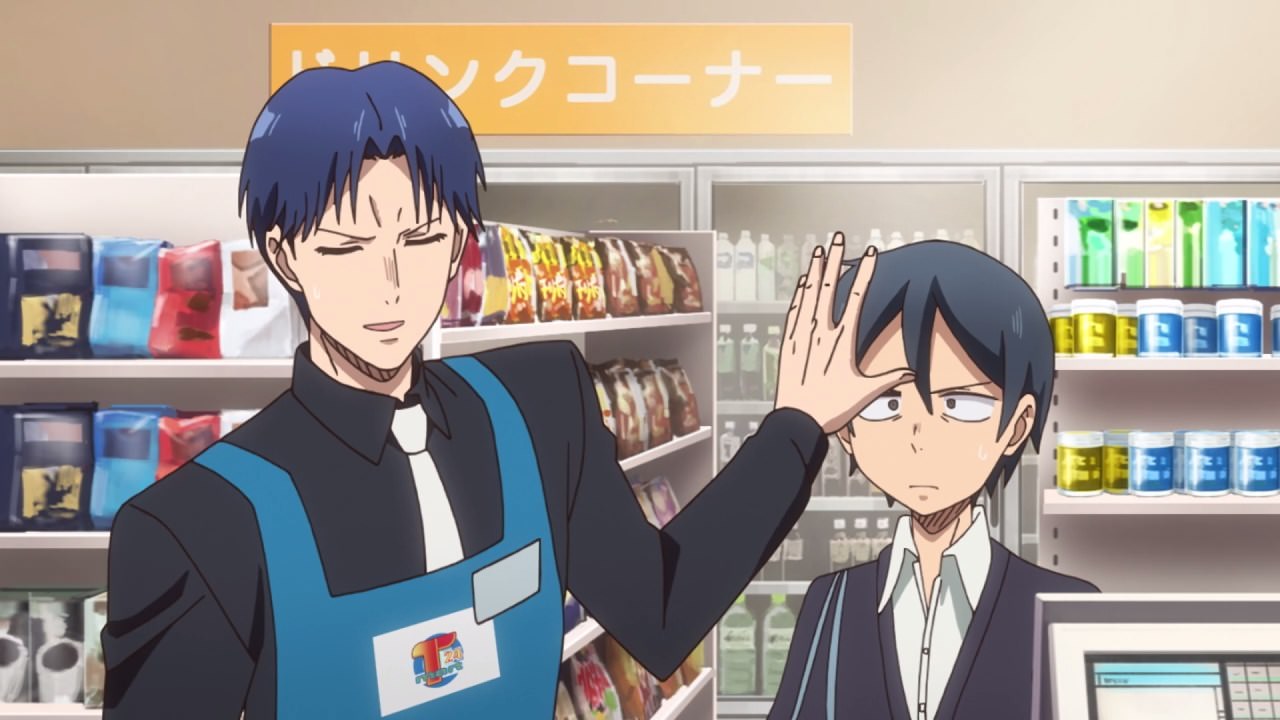 Beni Yutaka, the man who wanted to recruit Kokonotsu Shikada to his convenience store has got some success when it comes to selling made-to-order cakes and pastries on the internet.

It’s a hit to everyone who doesn’t want to go out and buy stuff directly, but that defeats the purpose of the convenience store. Oh well, at least Beni Yutaka is gaining a profit! 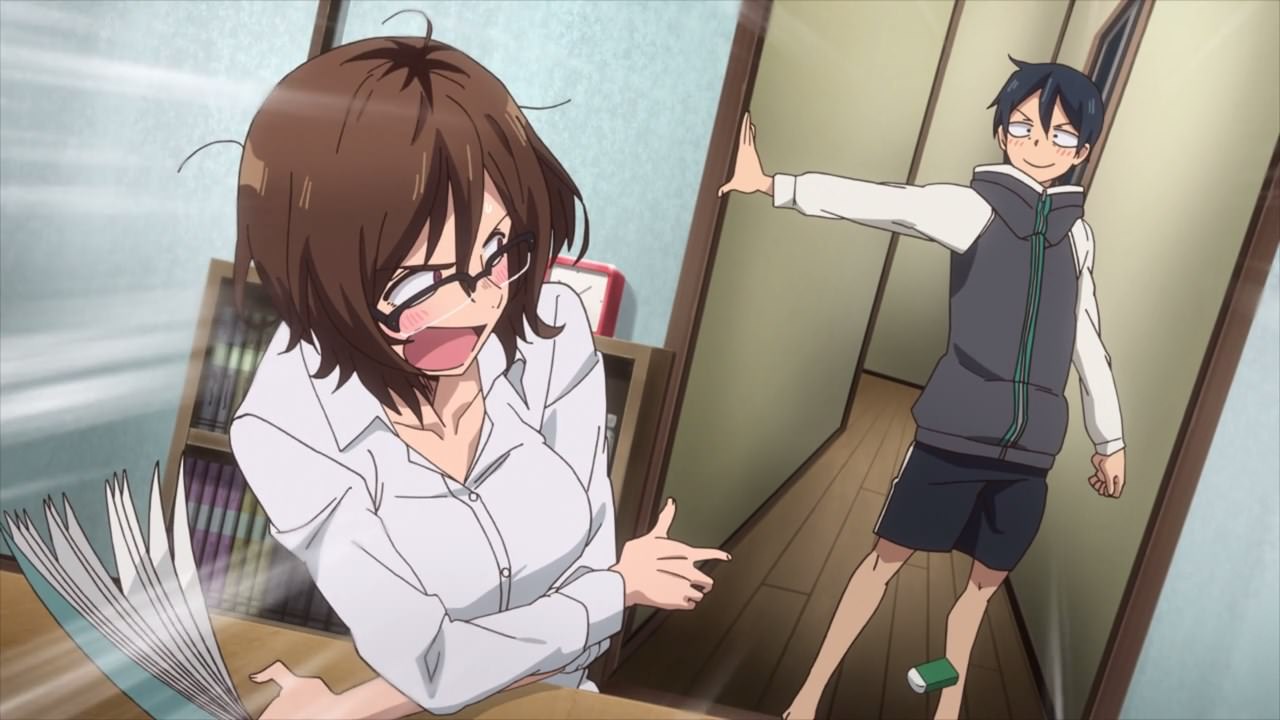 So, Kokonotsu Shikada got an idea of selling dagashi online as he asked Hajime Owari for help. Hmm, I wonder what skills does Hajime-san has? 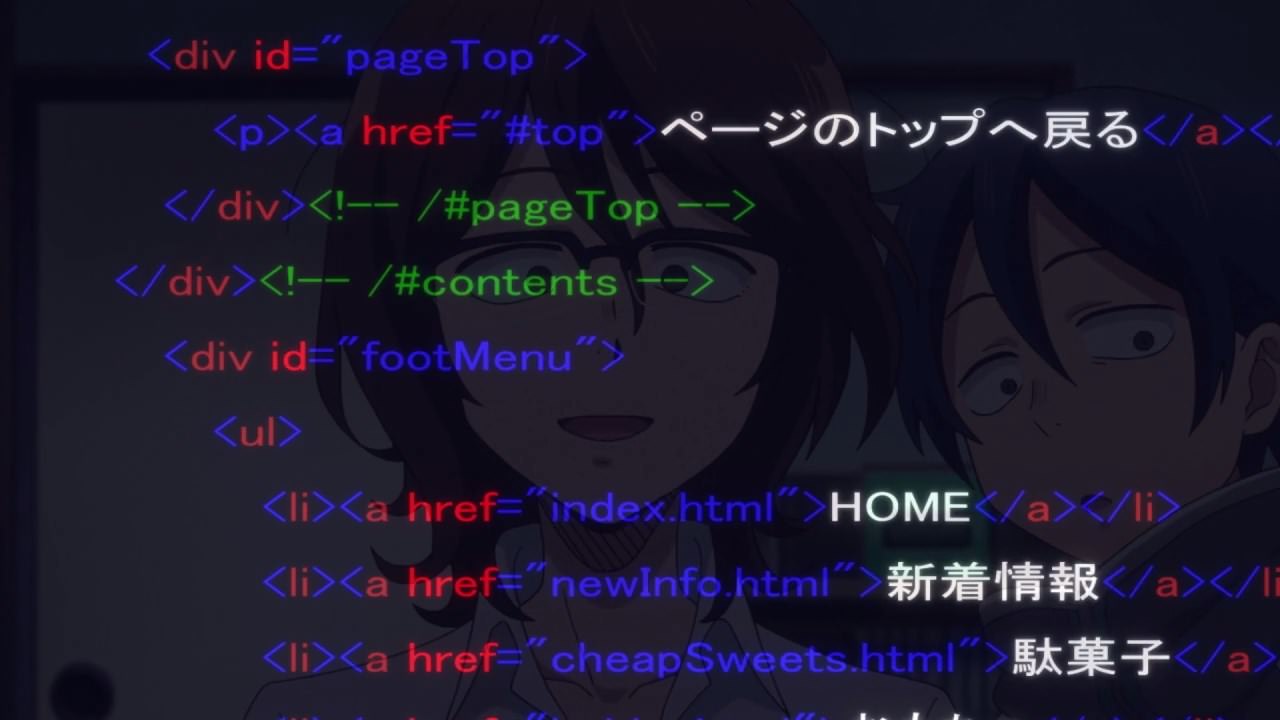 Well, it turns out that she’s proficient in creating websites using HTML and JavaScript, which Hajime Owari learned it back in high school. I wonder if she knows about HTML version 5 though?

But wait a minute, remember the time where You Shikada tried to do a video review of his candy goods and upload it on Youtube back in Season 1? I guess Coconuts doesn’t remember it much! 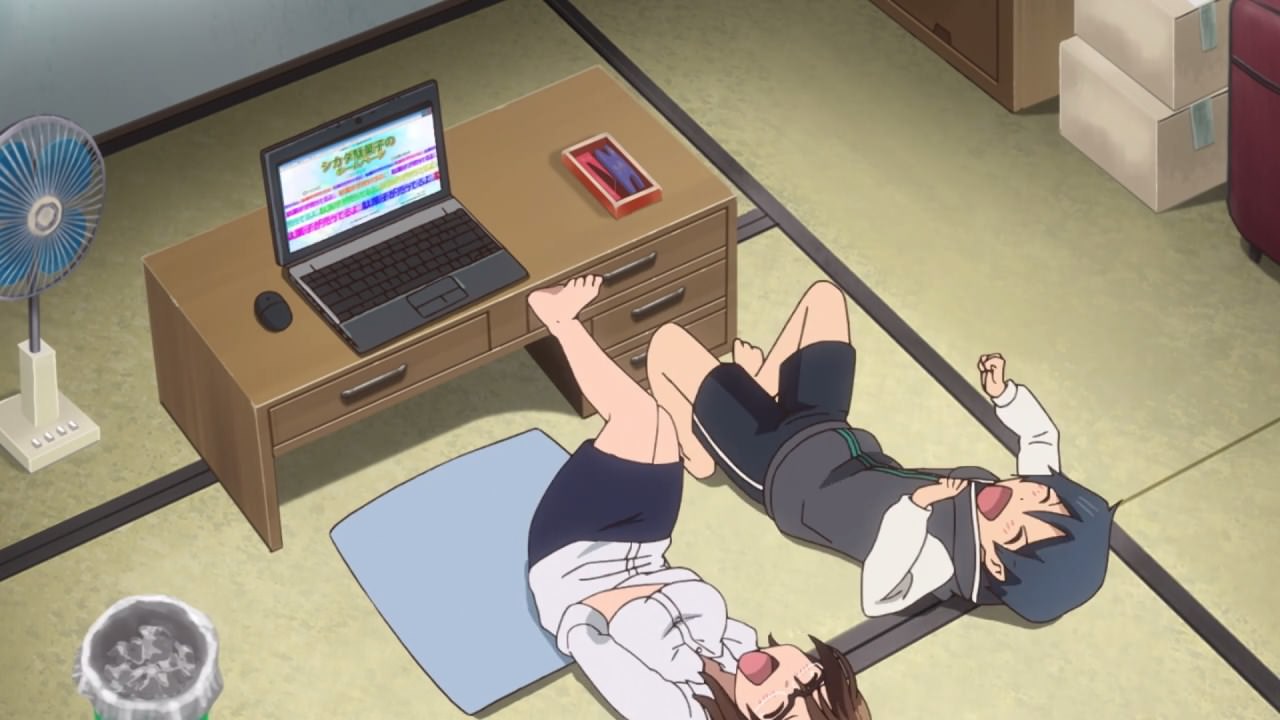 On the other hand, seems that both Kokonotsu and Hajime-san got a bit carried away on creating websites that they forgot about their main objective. Oh well, let’s move onto the next scene… 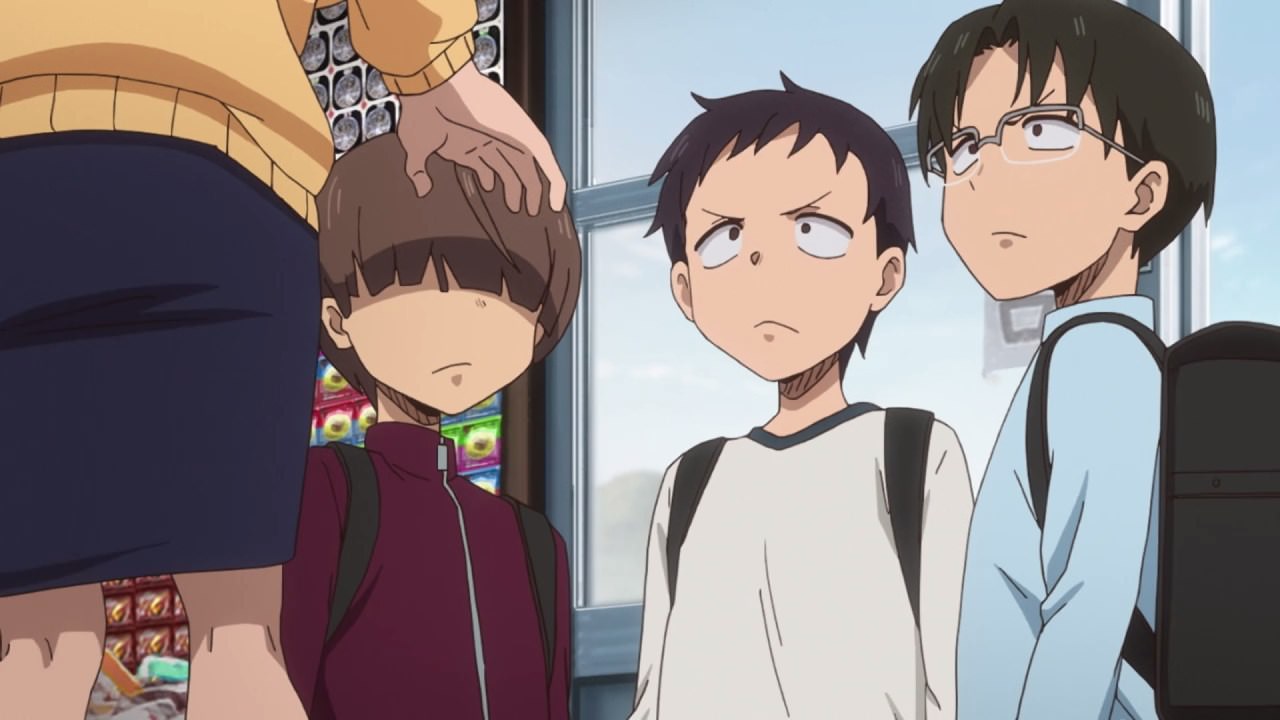 Oh yeah, seems that the Shikada Dagashi shop got some customers after Kokonotsu renovate it.

Then again, seems that these boys are not interested on buying stuff at his shop because there’s no super ball in stock. 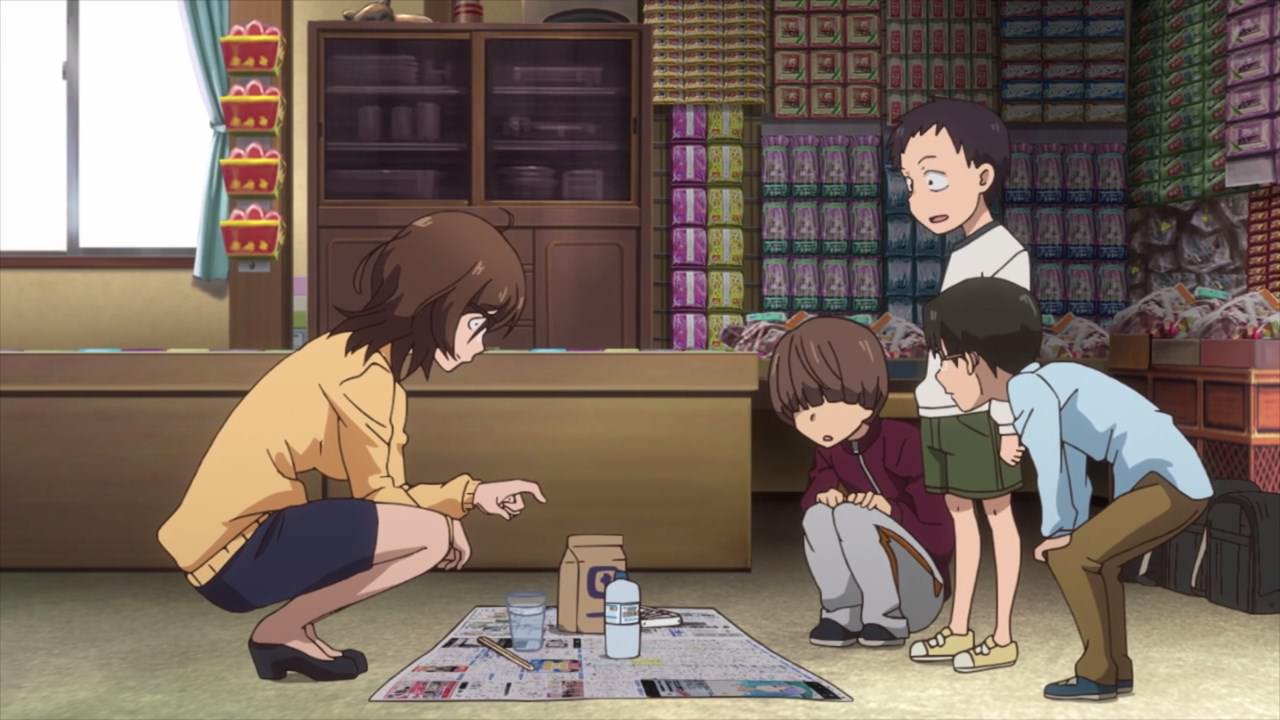 However, it seems that Hajime Owari has a plan as she’ll sell one for these kids… by creating a super ball from scratch.

Come to think of it, how many talents does she have? And seriously, is it possible to create one super ball using household items!? 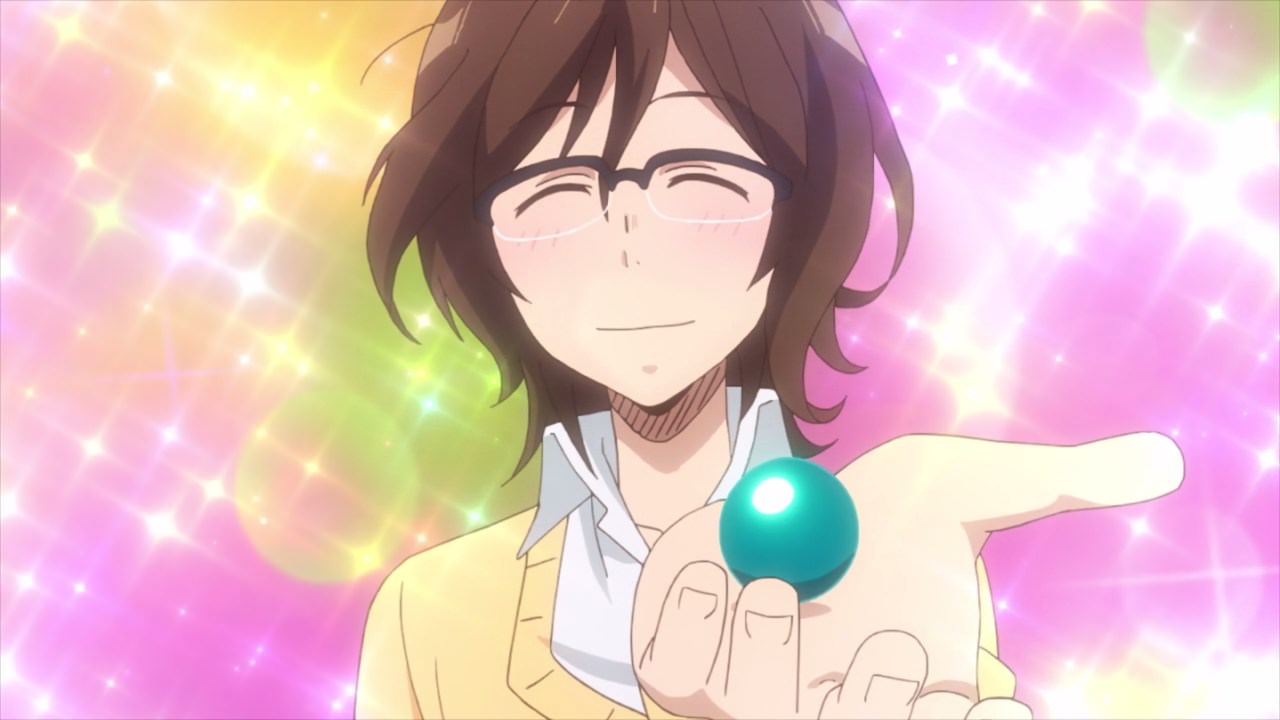 Eventually, Hajime-san made one handmade super ball for 30 yen. Looks like she made a profit from creating balls from scratch, but Hajime Owari forgot to finish the website. 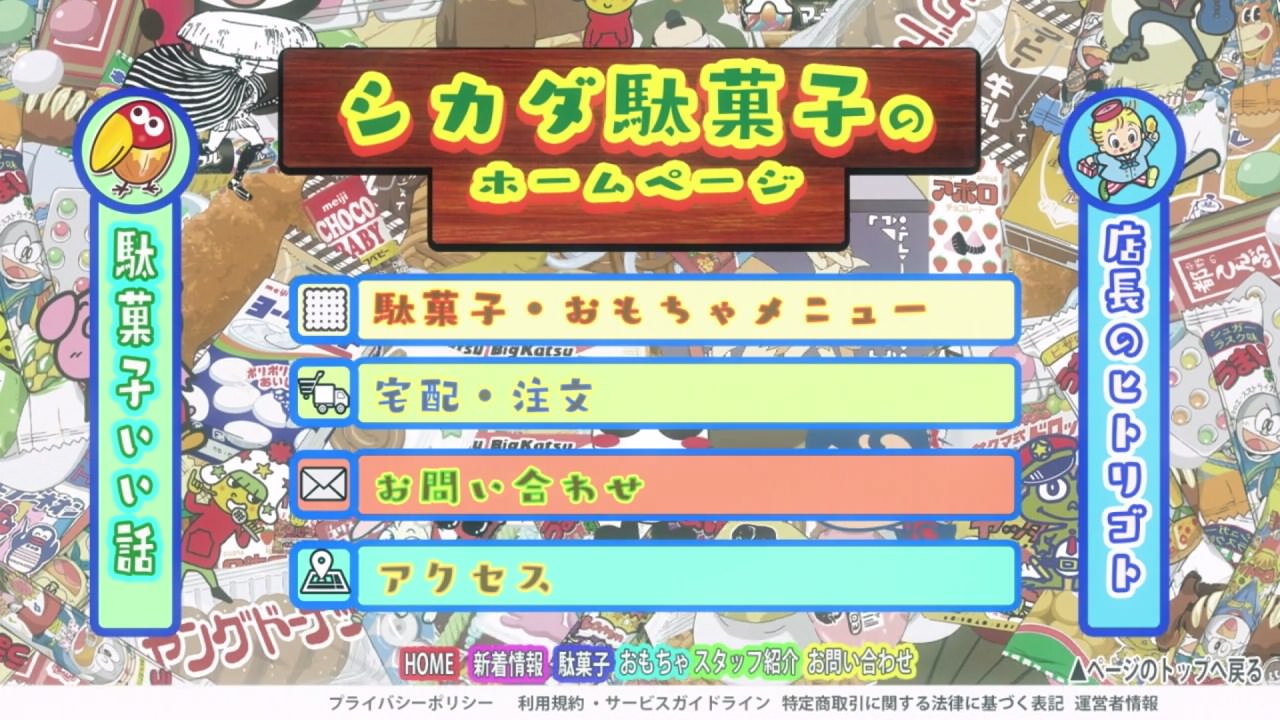 But don’t worry though as she made one like a professional. I mean, look at the high-quality detail of the Shikada Dagashi website, it’s so well-made that Kokonotsu cried! 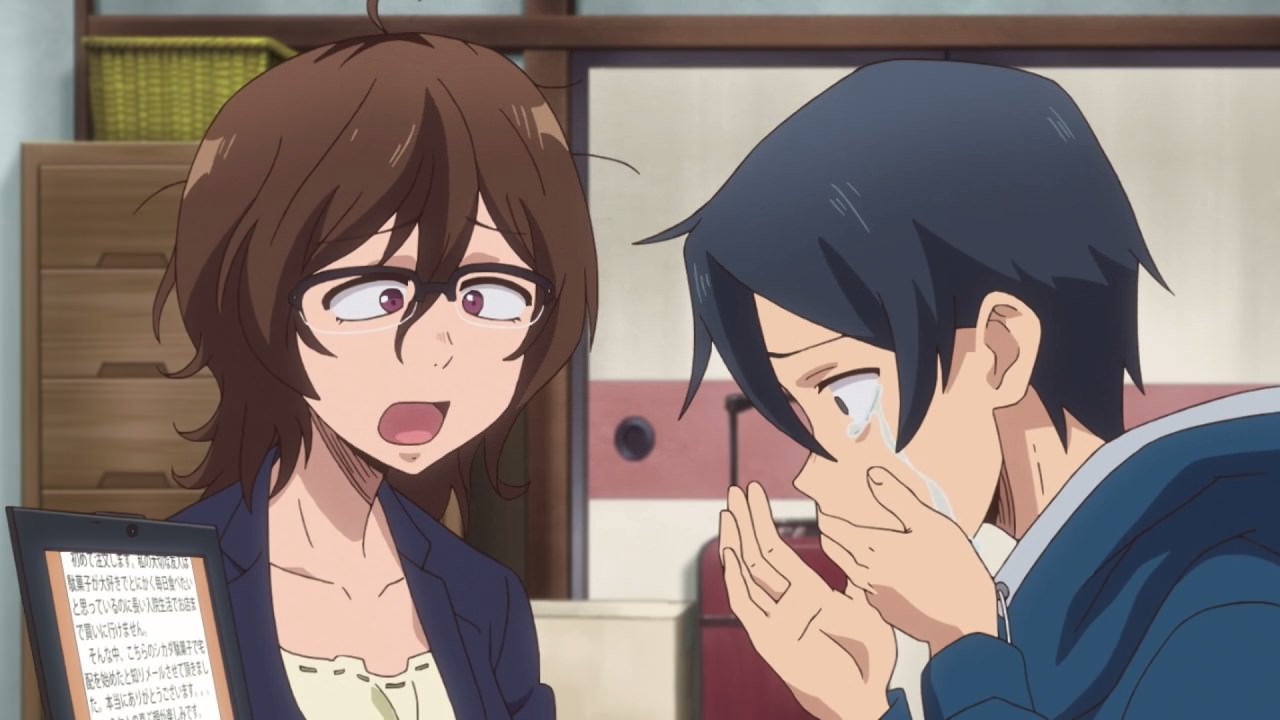 Yeah, he literally cried and not only that, but Coconuts got an e-mail where this person wants to order some monjiro squid candy and deliver it to the hospital. 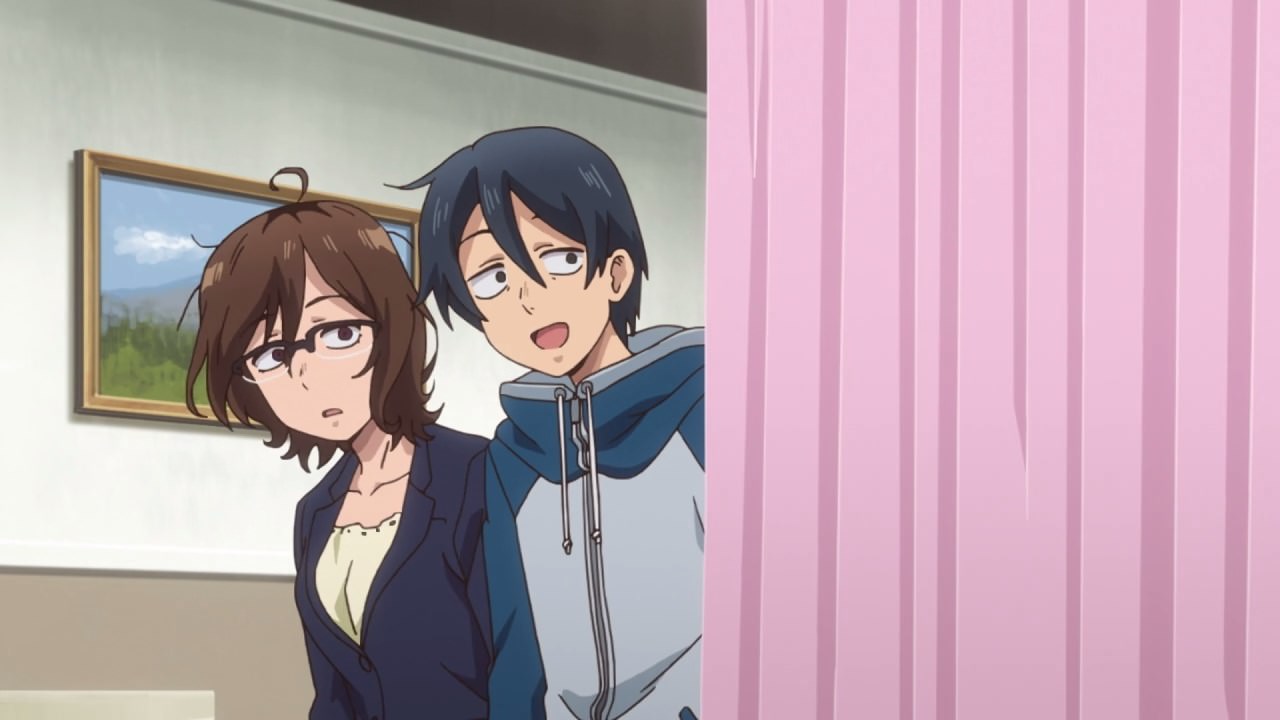 Anyways, time for Kokonotsu and Hajime-san to deliver the goods to this mysterious patient… 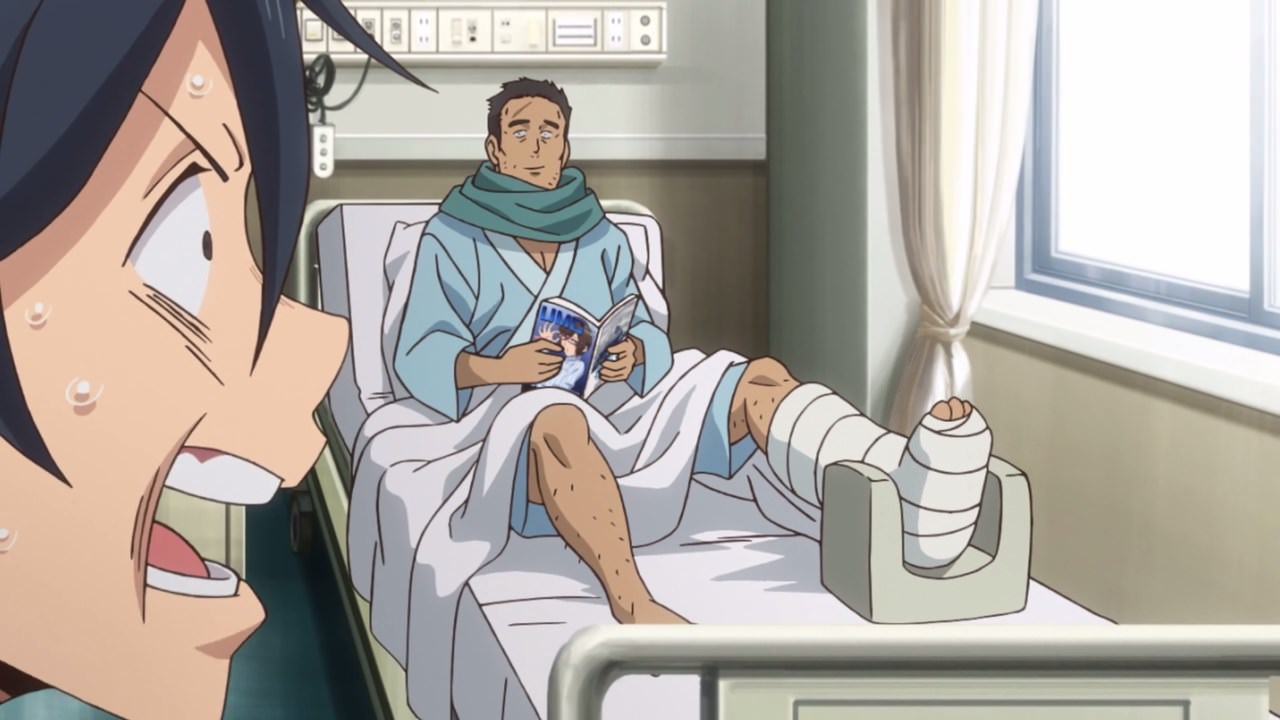 …who turned out to be his dad You Shikada. Seriously, is this April Fools? Then again, seems that Coconuts’ dad wants a pack of monjiro squid candy!

Oh well, seems that the Shikada Dagashi online shopping service is a success, but we still don’t know who sent that e-mail. But hey, at least the family candy shop business is somewhat secured. Oh wait, we forgot something… 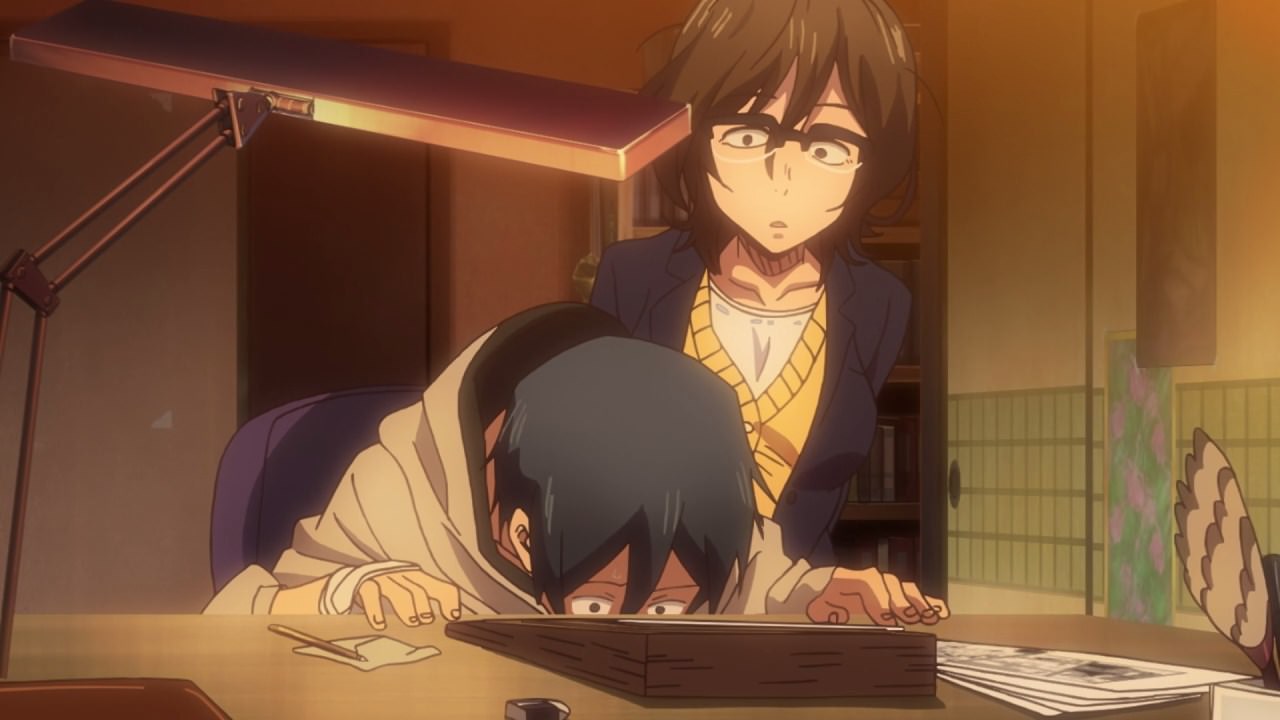 That’s right, Kokonotsu is supposed to be a manga artist, not the next owner of his dad’s dagashi shop.

Also, seems that he can’t finish his manga on time for Sunday’s contest which he desperately wants to take part of it. At this point, he’ll just give up his dreams! 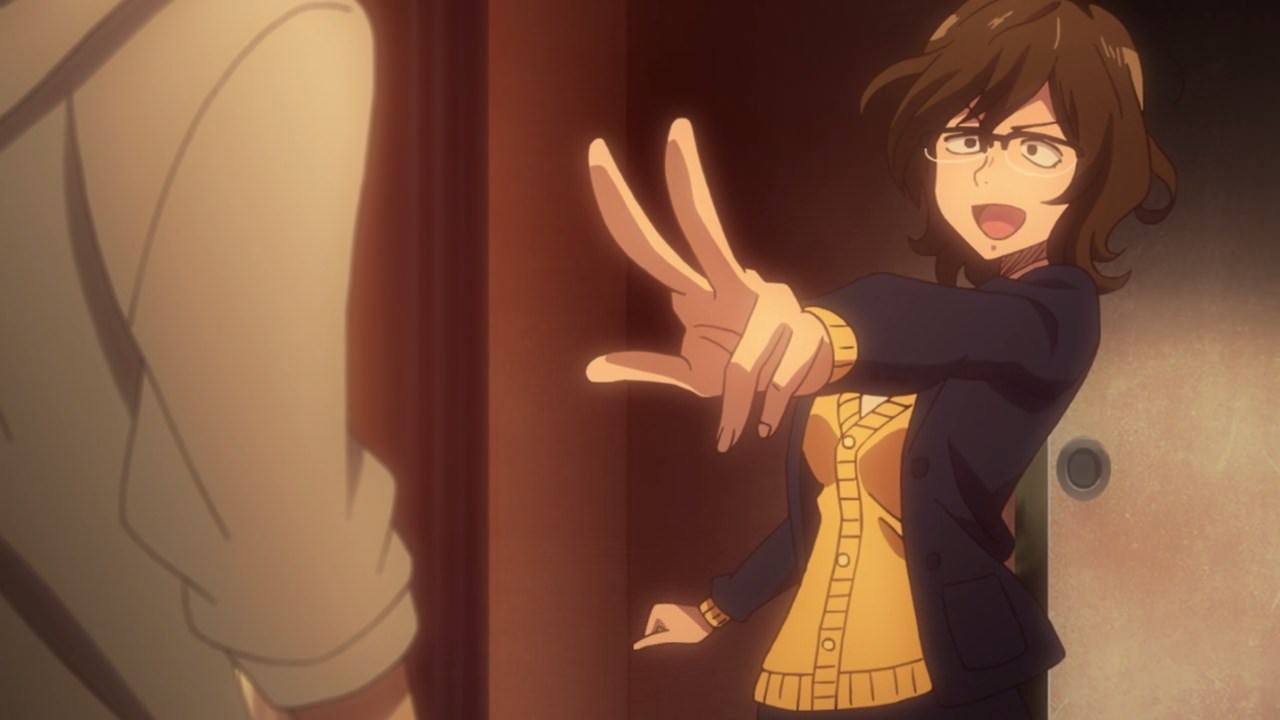 But fret not because Kokonotsu has Hajime Owari at his side as she’ll help him out by drawing the background and putting the lines to finish one panel of manga. 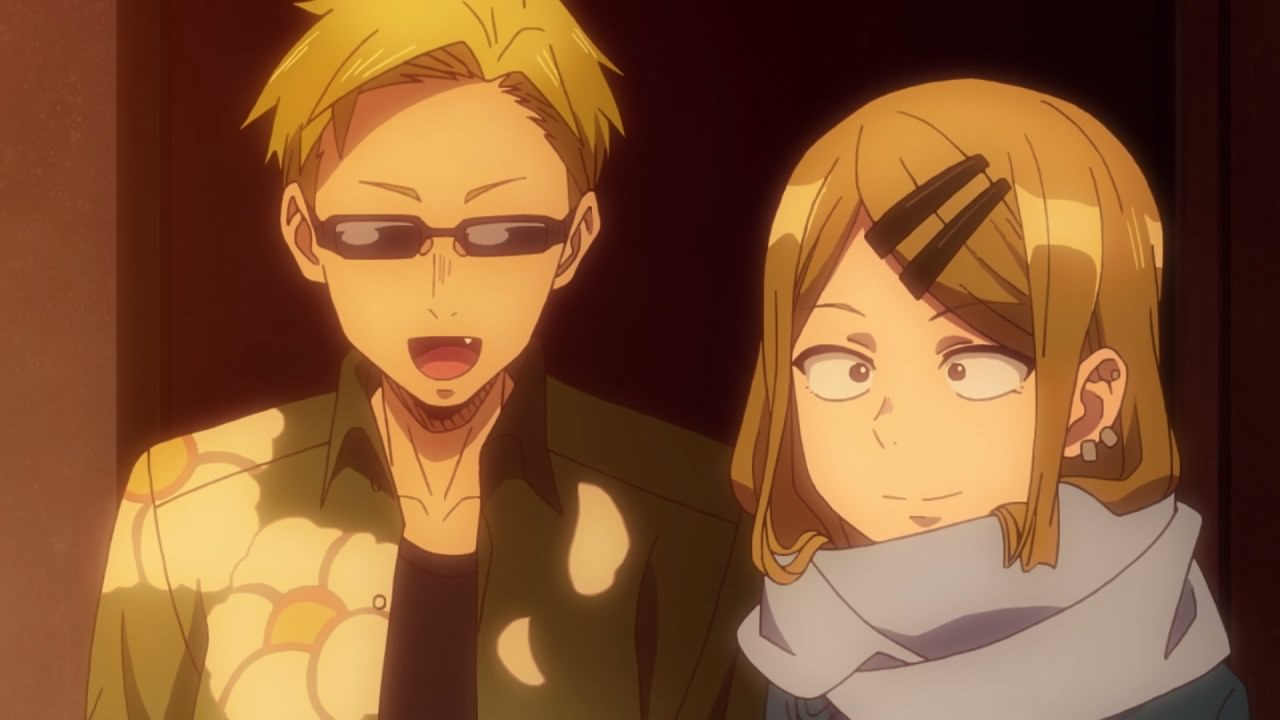 And if Hajime-san isn’t enough, there’s the Endou siblings as Tou and Saya will help their buddy on finishing his manga.

Anyways, that’s about it for Episodes 9 and 10 as Dagashi Kashi 2 is reaching its conclusion! Then again, we still don’t know what happened to Hotaru Shidare…