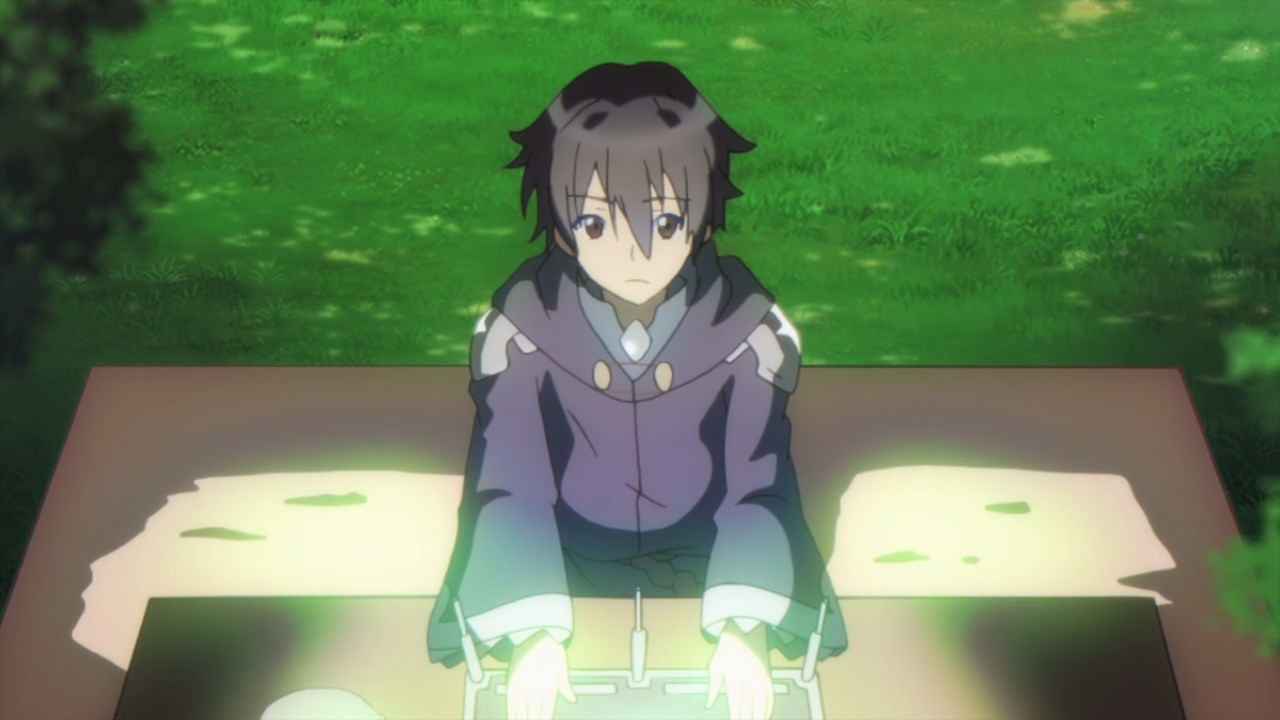 Well everyone, kept you waiting huh? This is the final two episodes of Death March to The Parallel World Rhapsody where it’s just an extra story after Episode 10. In fact, I wish SILVER LINK would end this series at 10 episodes, but they need to appease with Kadokawa on showing all 12 episodes within the TV run.

But anyways, here’s Satou and his party of female companions as they still travel to various places across the parallel world, but they need to take some rests from time to time before heading to Sedum City. And speaking of Satou, he’s doing some experiments… 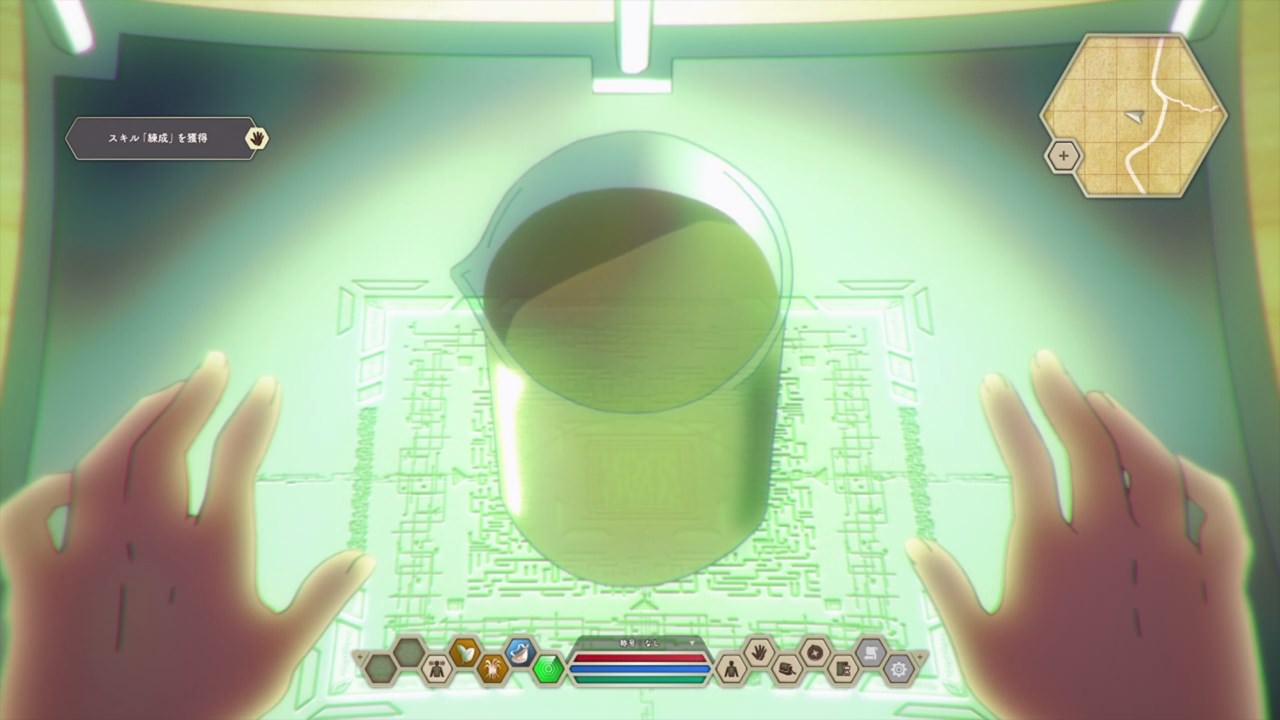 …like creating health potions with the highest quality using magic that he learned and max its stats out. C’mon, Satou will just max out his abilities since he’s a high-level character. 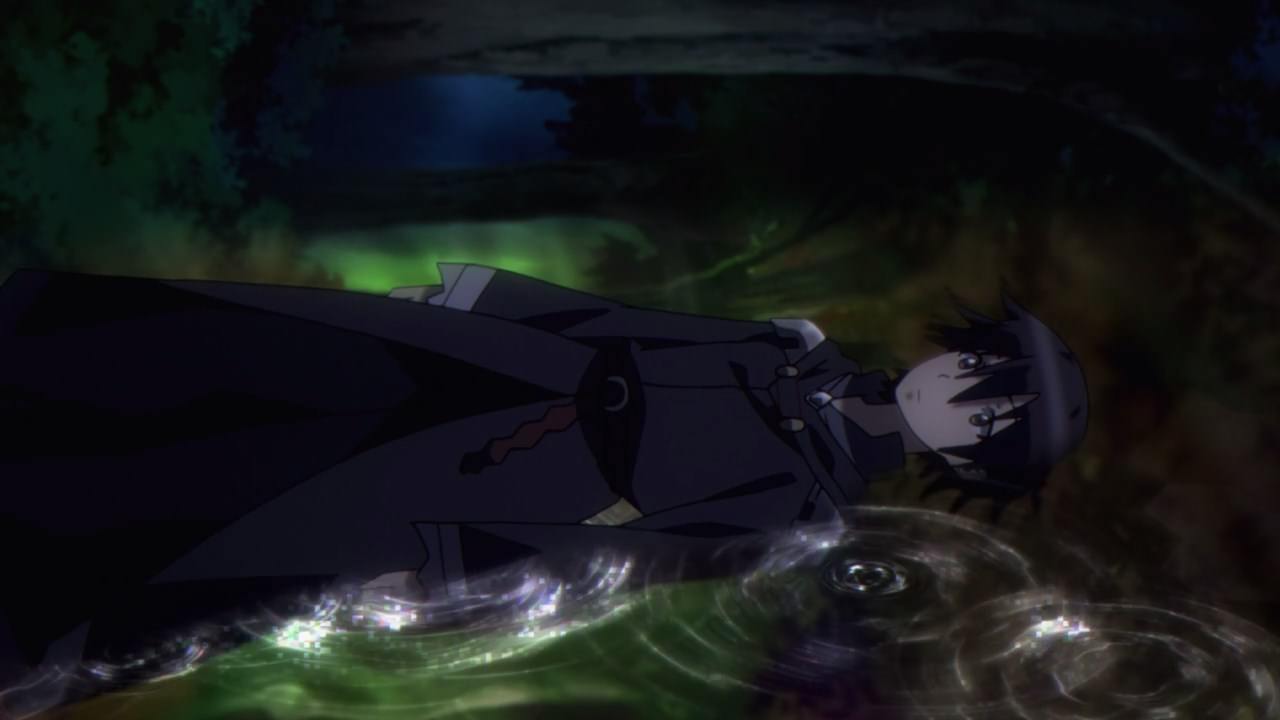 Now then, it appears that Satou has stumbled upon the Forest of Illusion, a place where no ordinary person would go into unless you have something important.

But anyways, seems that Satou got a great place to explore! 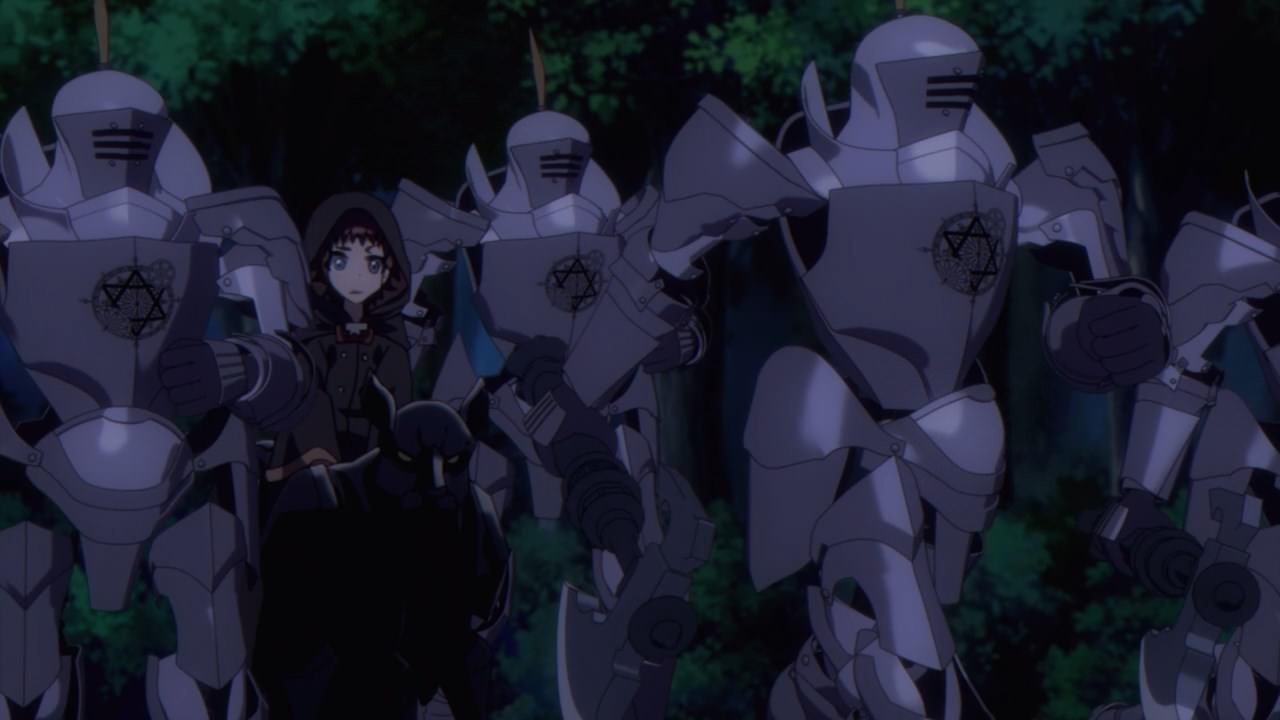 That’s until Satou was attacked by a witch named Inenimaana as she used her summoned army of knights to fight against this intruder. 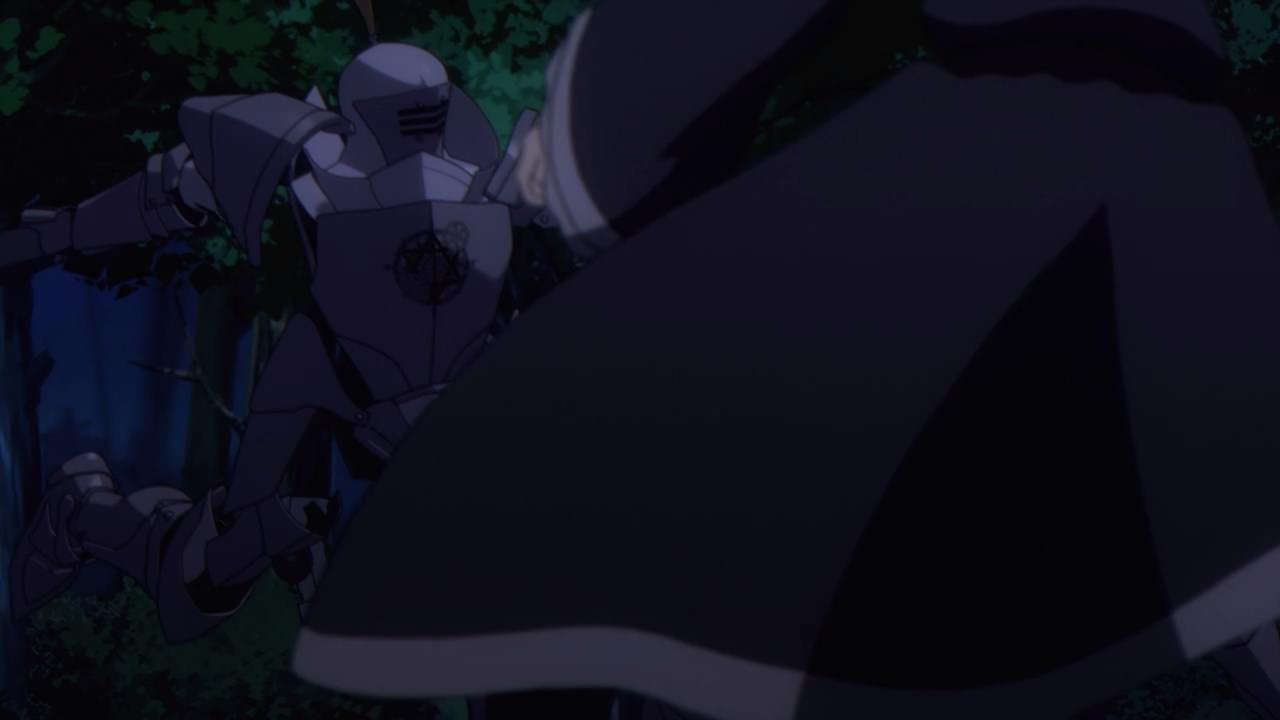 But since we’re talking about Satou, he’ll just dodge Inenimaana’s minions like it was nothing. Like I said, he’s a high-level character. 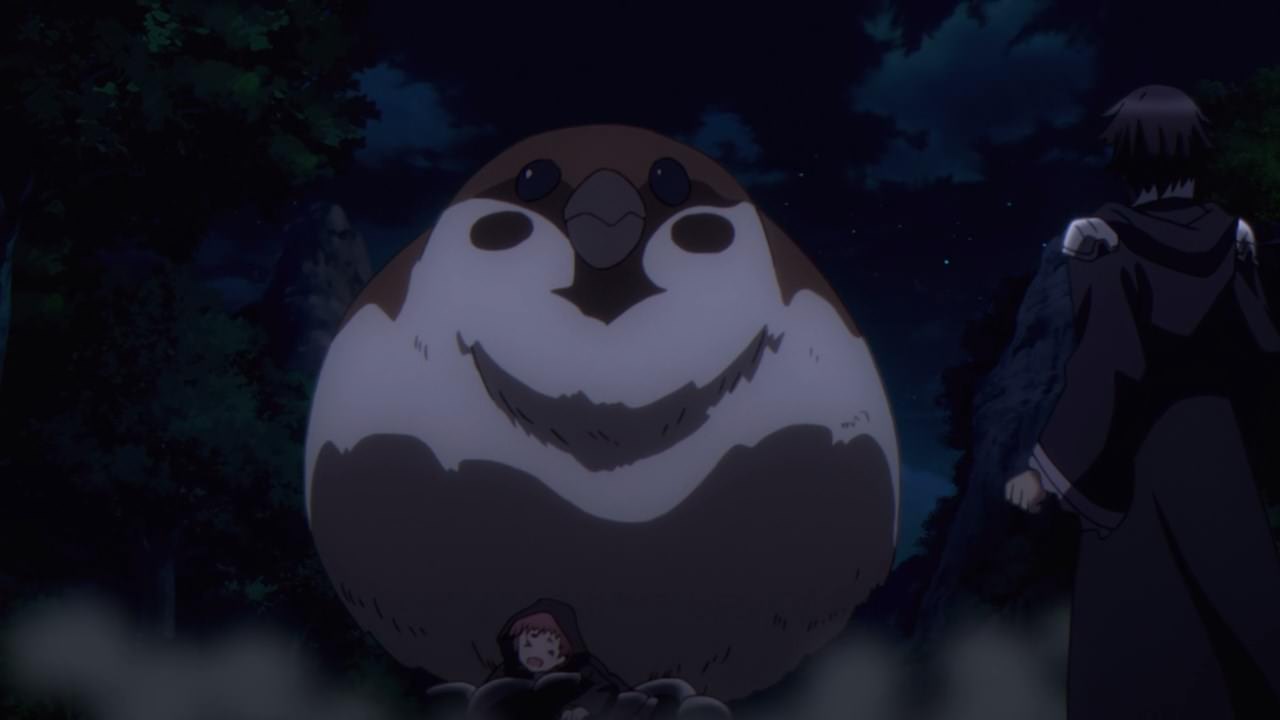 But then, it appears that Inenimaana got crushed by a giant bird. Hmm, I wonder who did this? 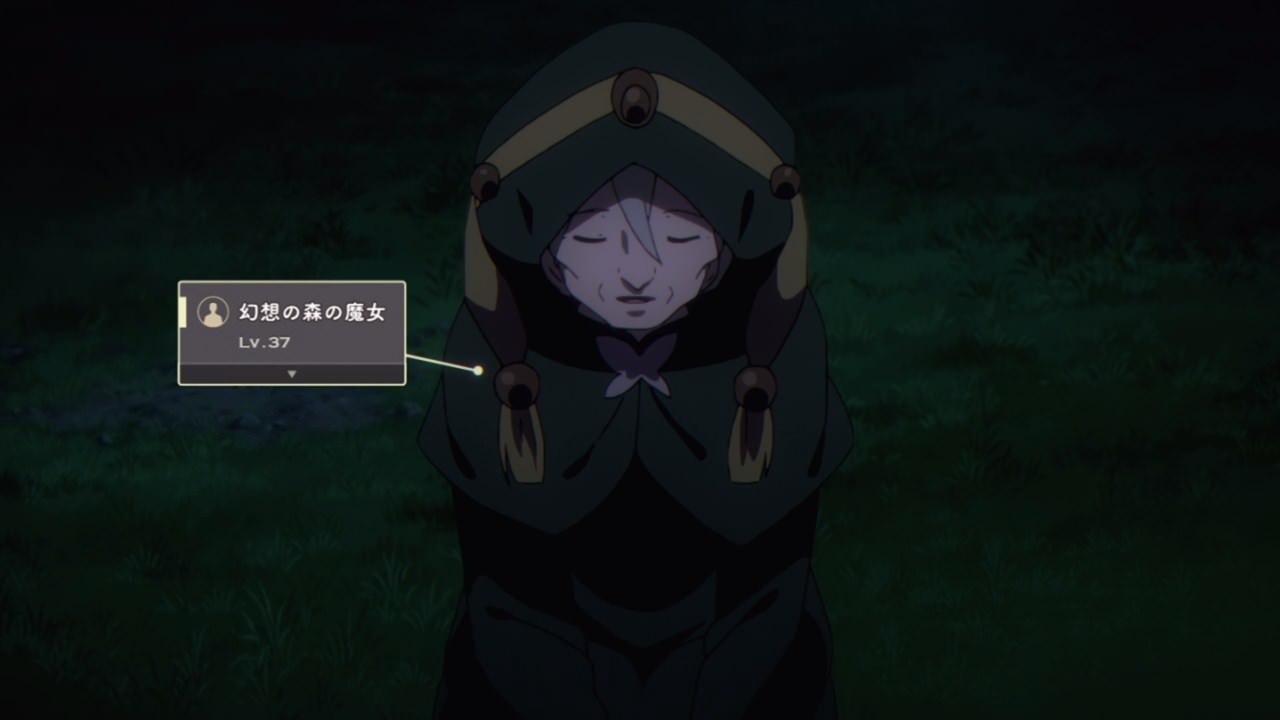 Turns out that she’s the one who interrupted the fight as this old lady is the Witch of the Forest as she apologize to Satou for her apprentice’s rude behavior. 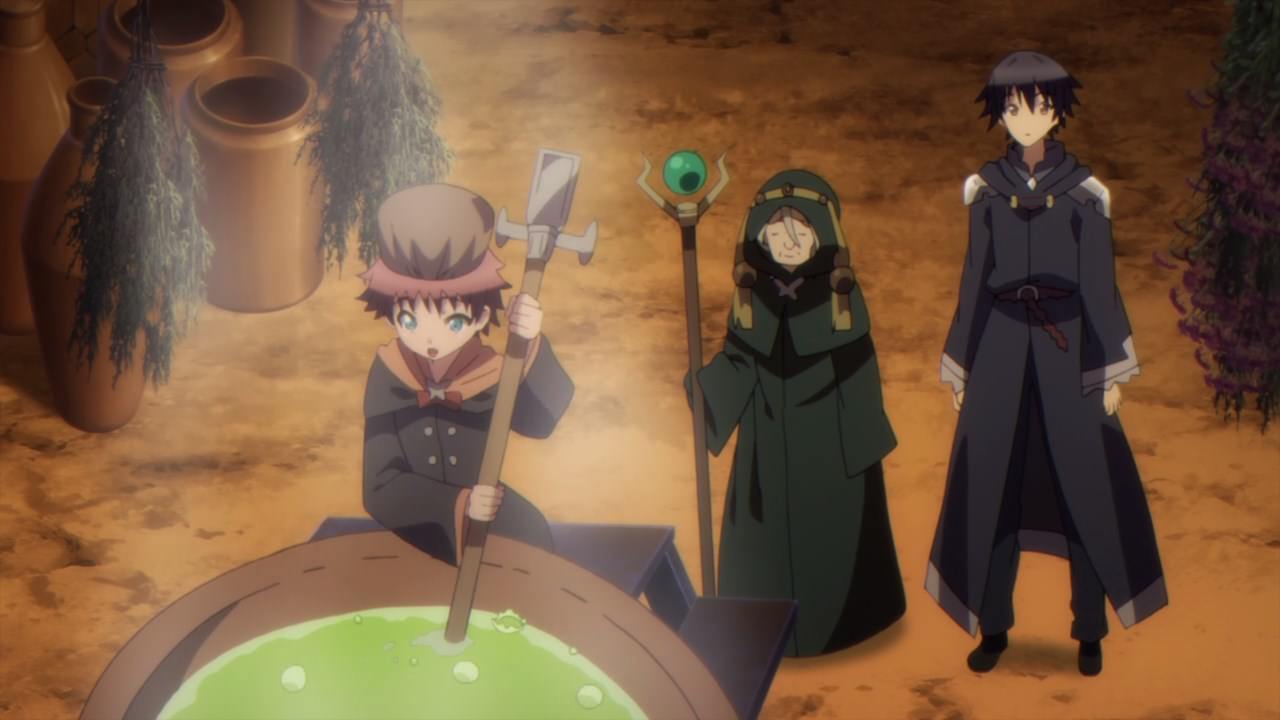 But anyways, the Witch of the Forest welcomed Satou as he’s the emissary of the elves. Well, Satou rescued Misanaria Bolenan back in Episode 9, which Mize award him with a bell in Episode 10.

So yeah, he’s welcomed at the Forest of Illusions, which is a good thing because this place has something amazing during nighttime… 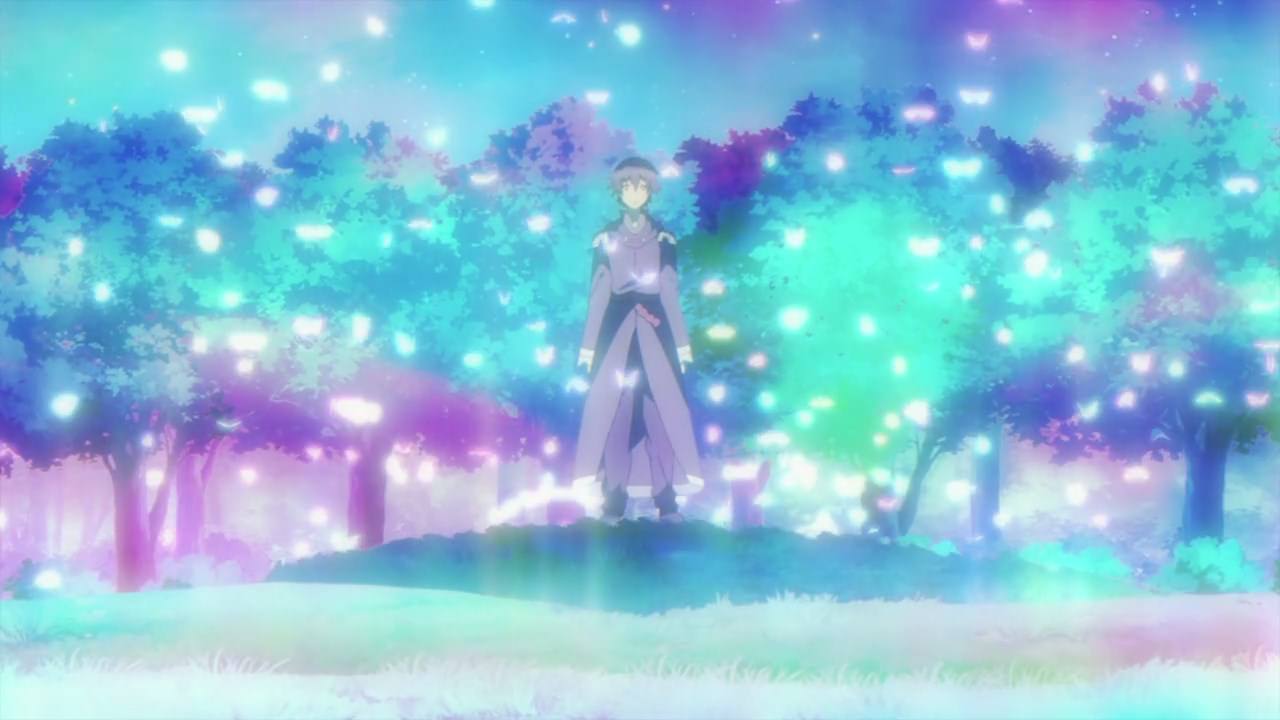 And that’s the dazzling display of lights surrounding the forest. C’mon, it’s a great place for Satou and his harem to relax and enjoy the scenery. 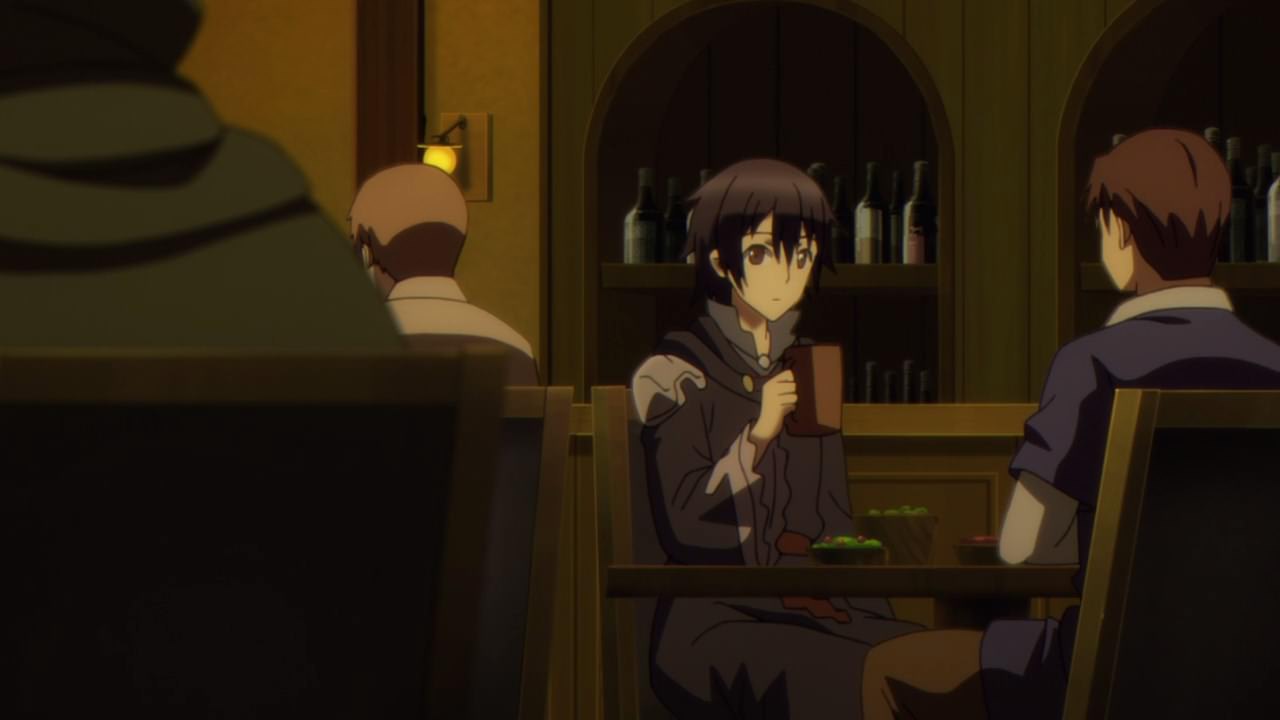 After exploring the Forest of Illusions, Satou went to the pub after a long trip to Sedum City together with his female companions. After all, he needs to have his time to enjoy himself after days of travelling. 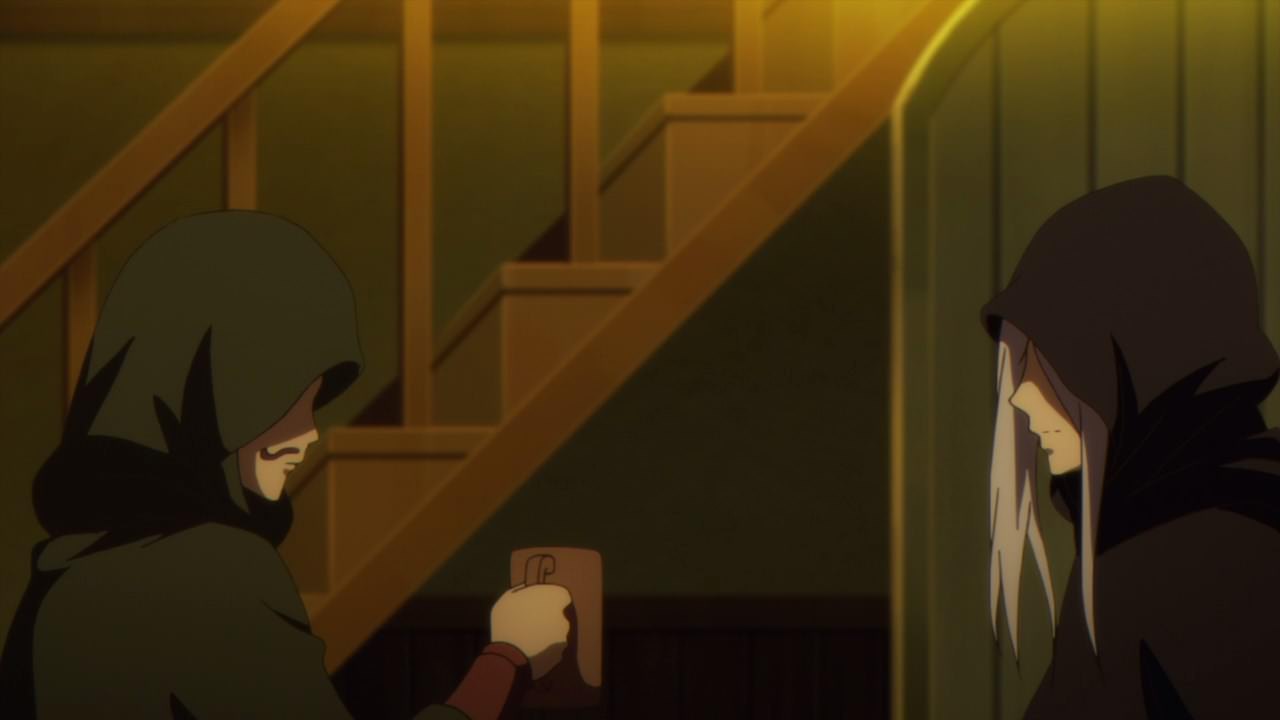 On the other hand, his senses are tingling as Satou is hearing a conversation where these two people are planning to take over the Forest of Illusions. Hmm, I have a bad feeling about this! 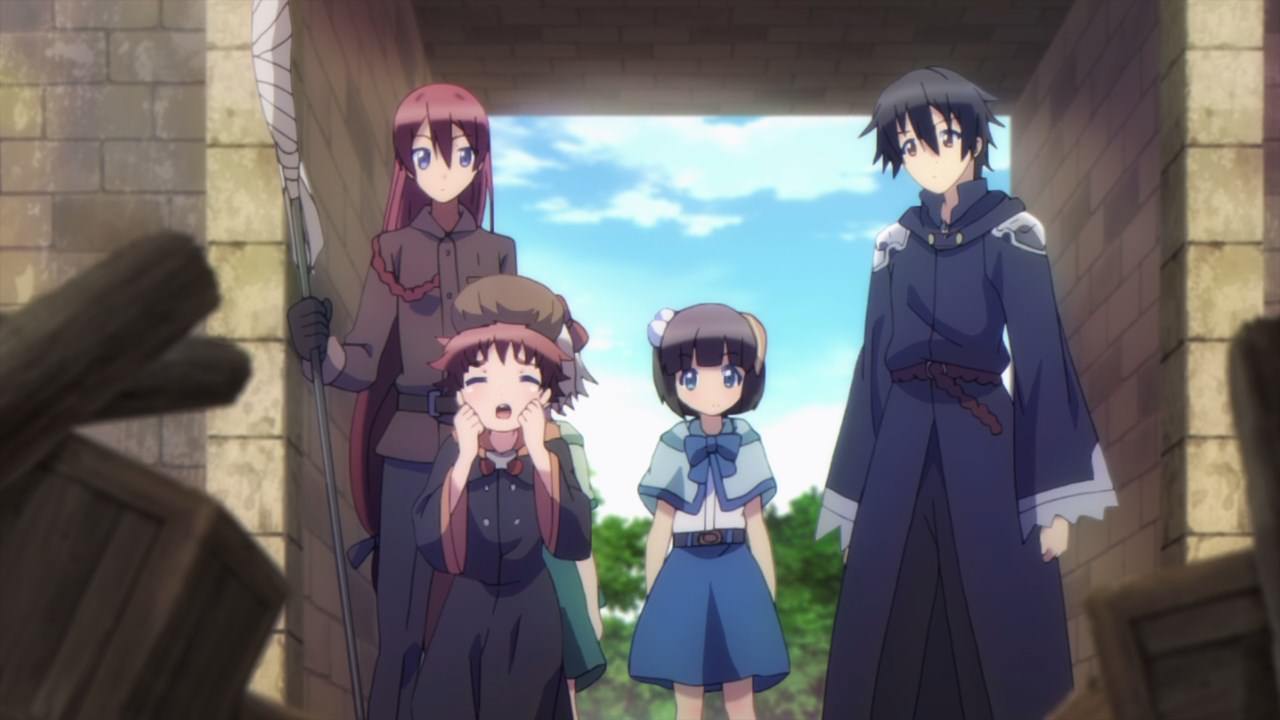 The next day, Satou and his female companions saw Inenimaana again. Unfortunately, she got into an accident in which her potions are destroyed upon hitting some road blocks.

Oh yeah, I forgot to tell you that Inenimaana must deliver those potions to the assistant viceroy before sundown. And who might be this viceroy if you may ask? 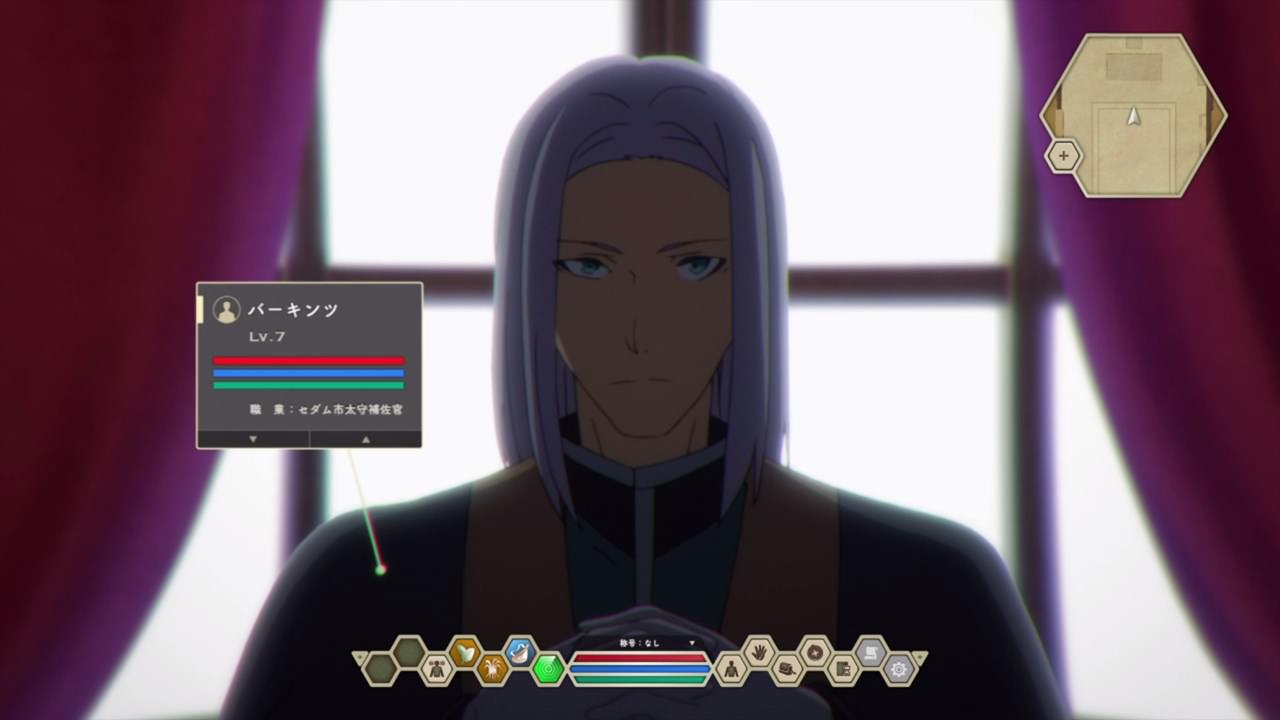 Well, this guy named Birkinz who has the final say when it comes to the Forest of Illusions. 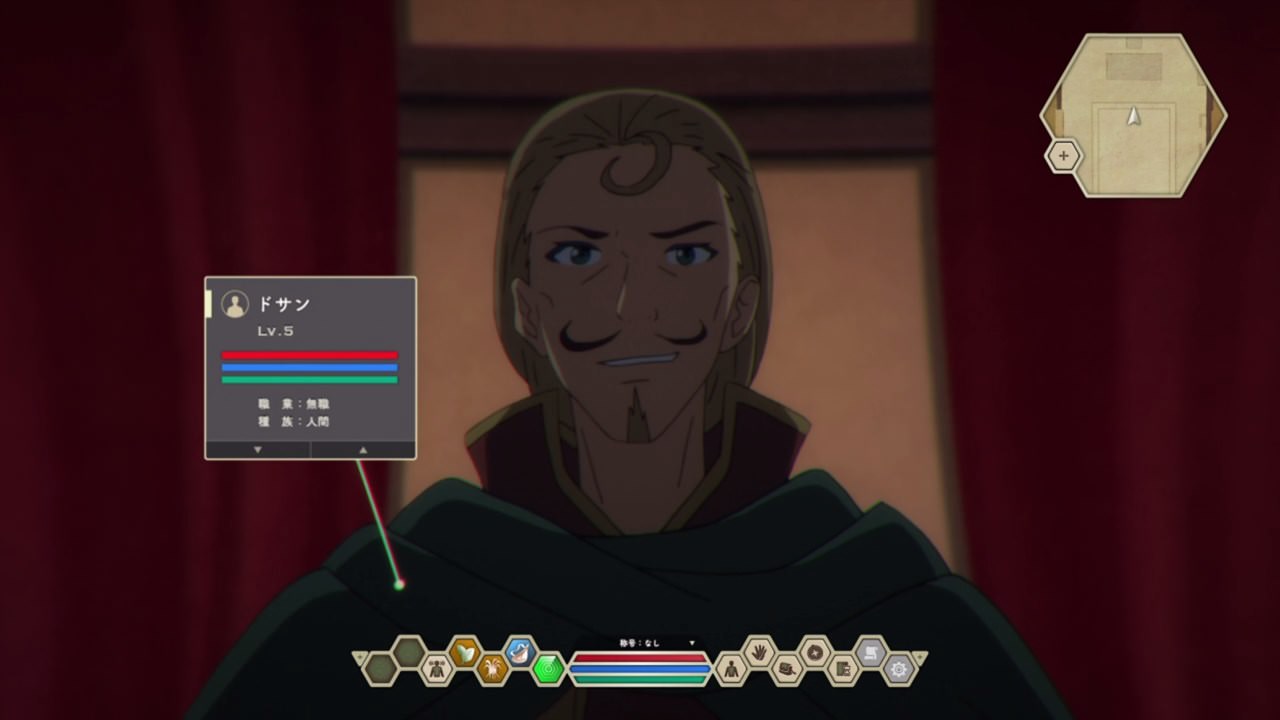 Oh, and he’s joined by Dosan who acts as his lackey. Then again, I feel that I saw them earlier?

Oh right, turns out that both Birkinz and Dosan are planning to take over the forest. Not only that, but they’re the ones who are sabotaging the witches’ efforts of bringing 300 vials of potion to them.

So yeah, it appears that the Witch of the Forest and her apprentice are being cornered by these two scumbags. Of course, Satou won’t let them get away with this! 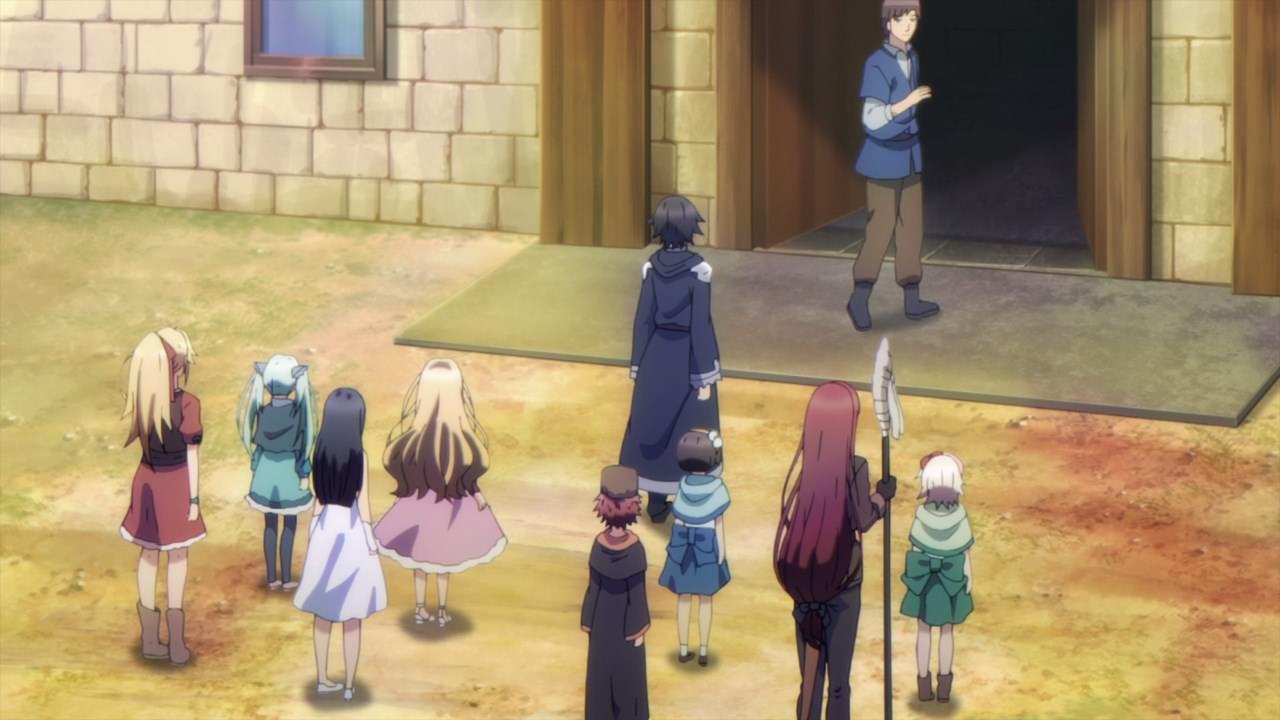 So, he and his harem decided to help Inenimaana on making those potions as they went to a pottery where Satou asked the owner to use his facility for making 300 vials before sundown. 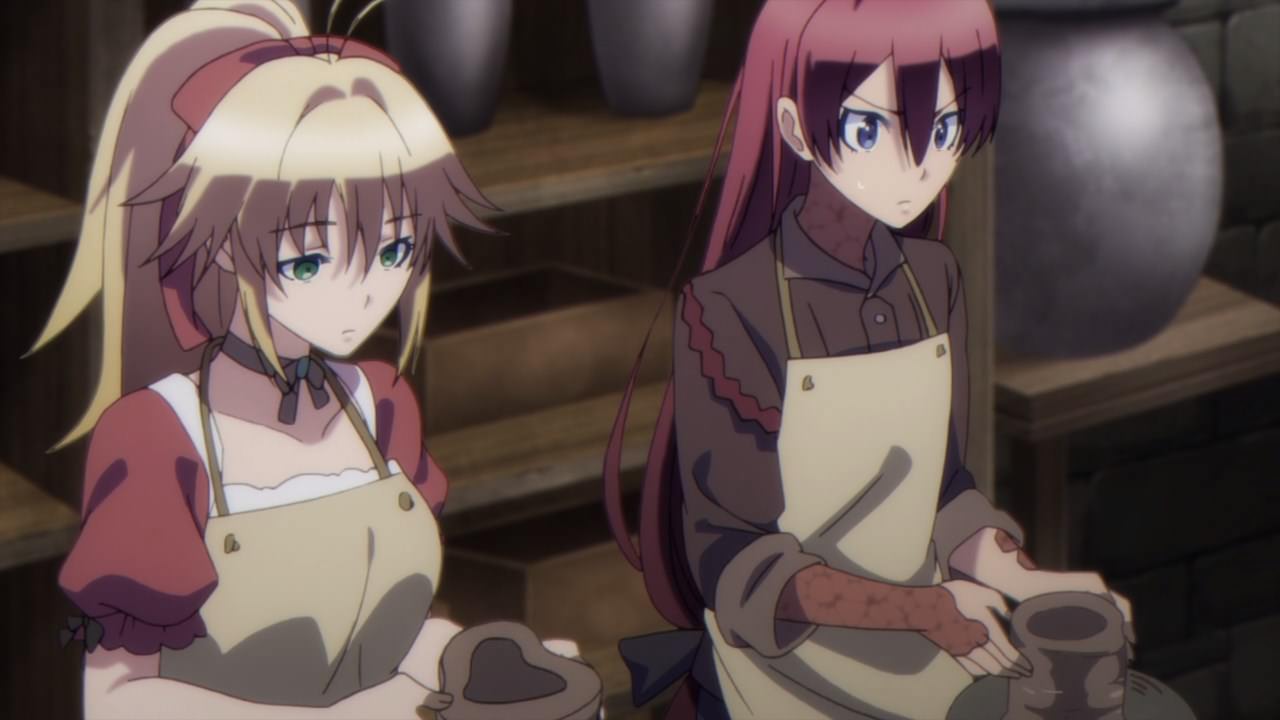 Of course, his female companions are struggling to make one vial as the likes of Nana and Liza are just starting out when it comes to pottery. 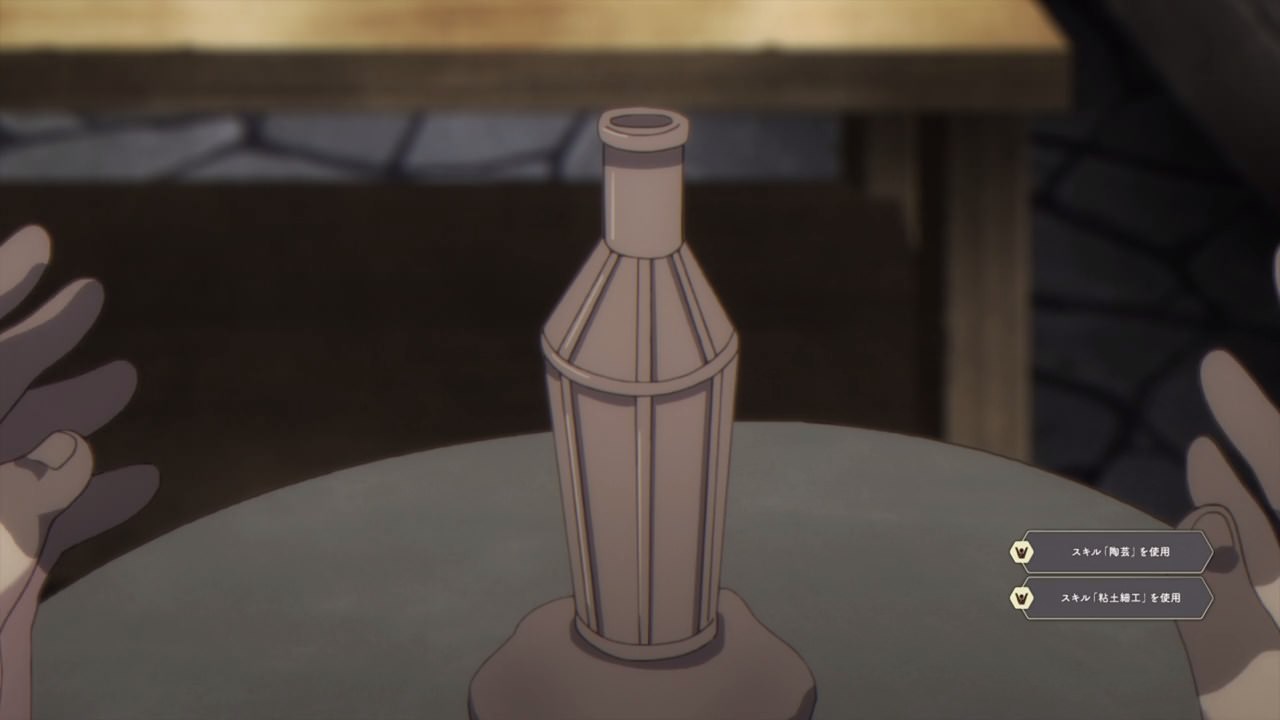 Meanwhile, Satou just use his max pottery skills to create a high-quality vial in under a minute or less.

Y’know, he can just finish all 300 vials by himself but having more hands is better and besides, Satou can help his companions out by refining its shape. 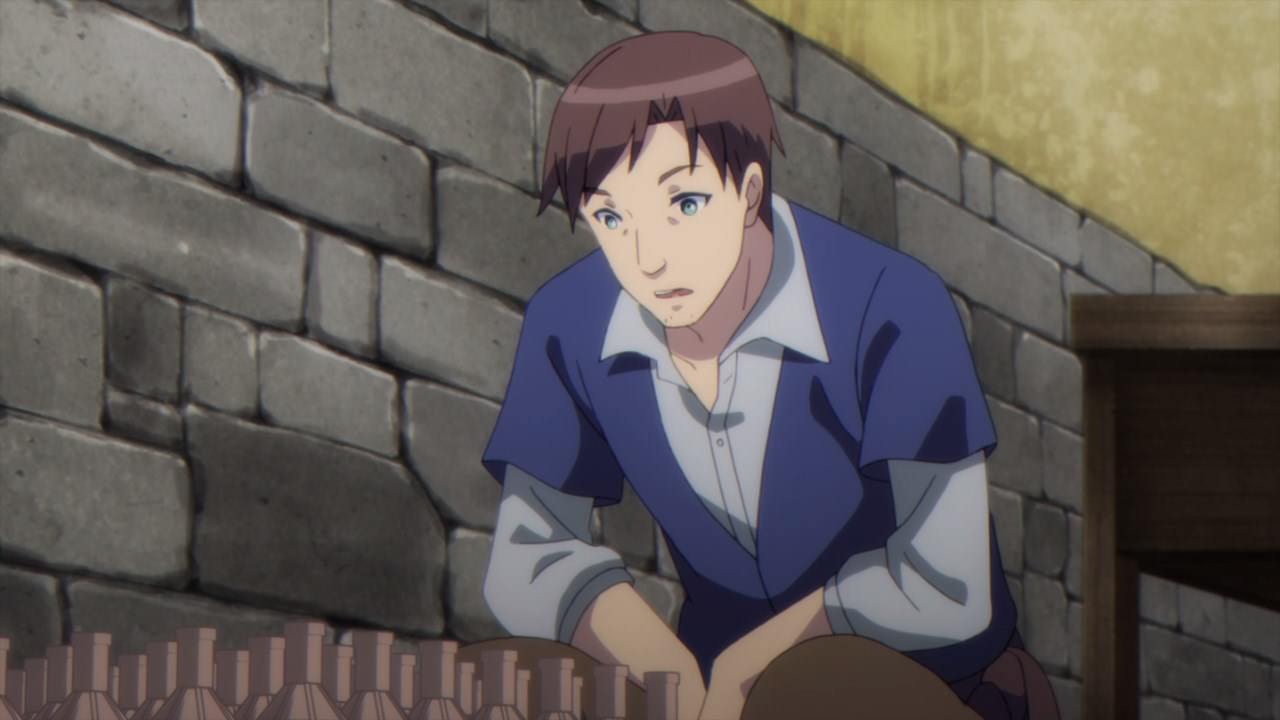 As for the owner of the pottery shop, he’s impressed by Satou’s workmanship but the problem is that it’ll take 5 days to dry the vials before putting them into the kiln. 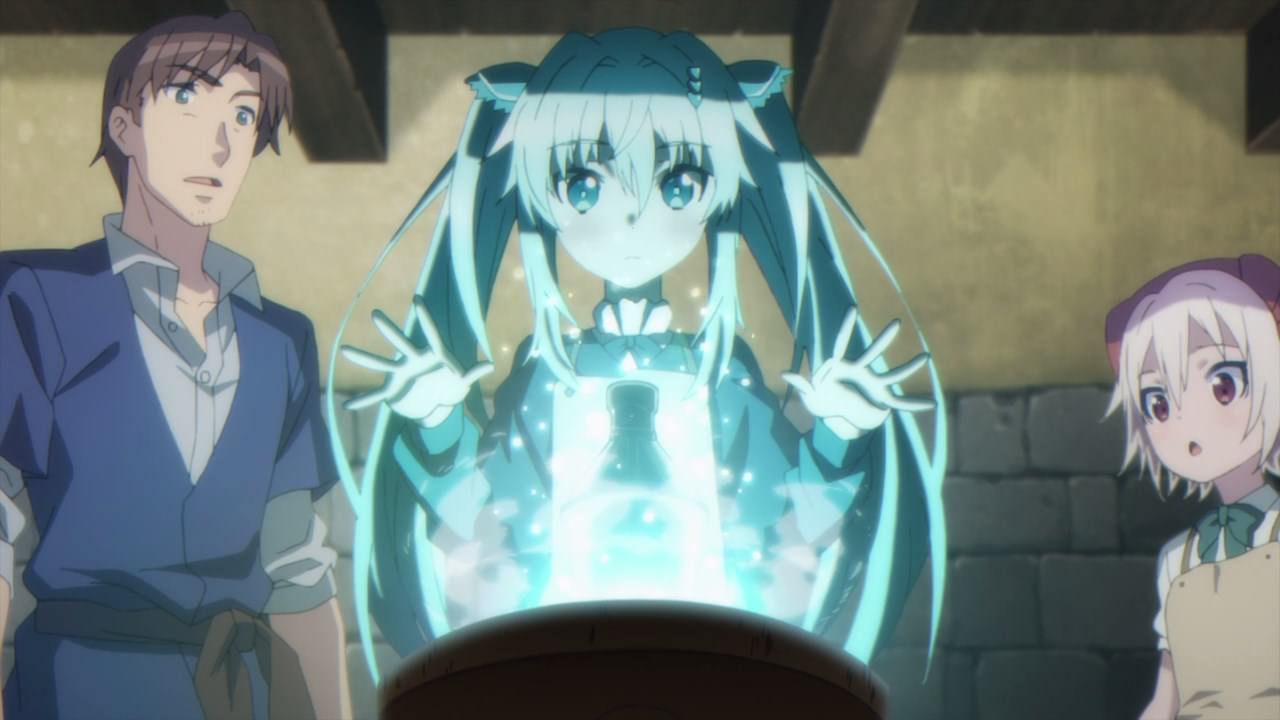 Fortunately, Misanaria Bolenan has a solution as she can use her magic to dry these vials in seconds. Glad that Satou has Mia on his side. 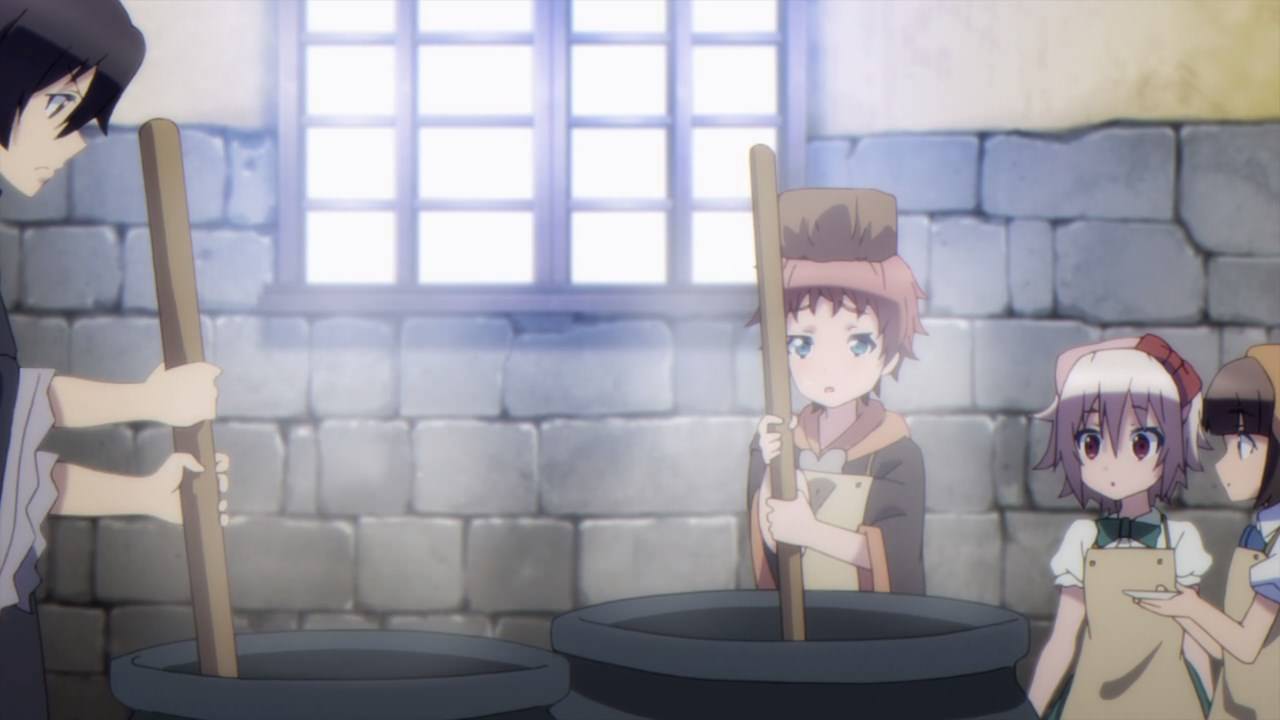 Afterwards, it’s time for Satou and his companions to help Inenimaana on creating potions and put into the vial, all while avoiding them being destroyed by Dosan and his goons because you know that Birkinz don’t want those witches succeed. 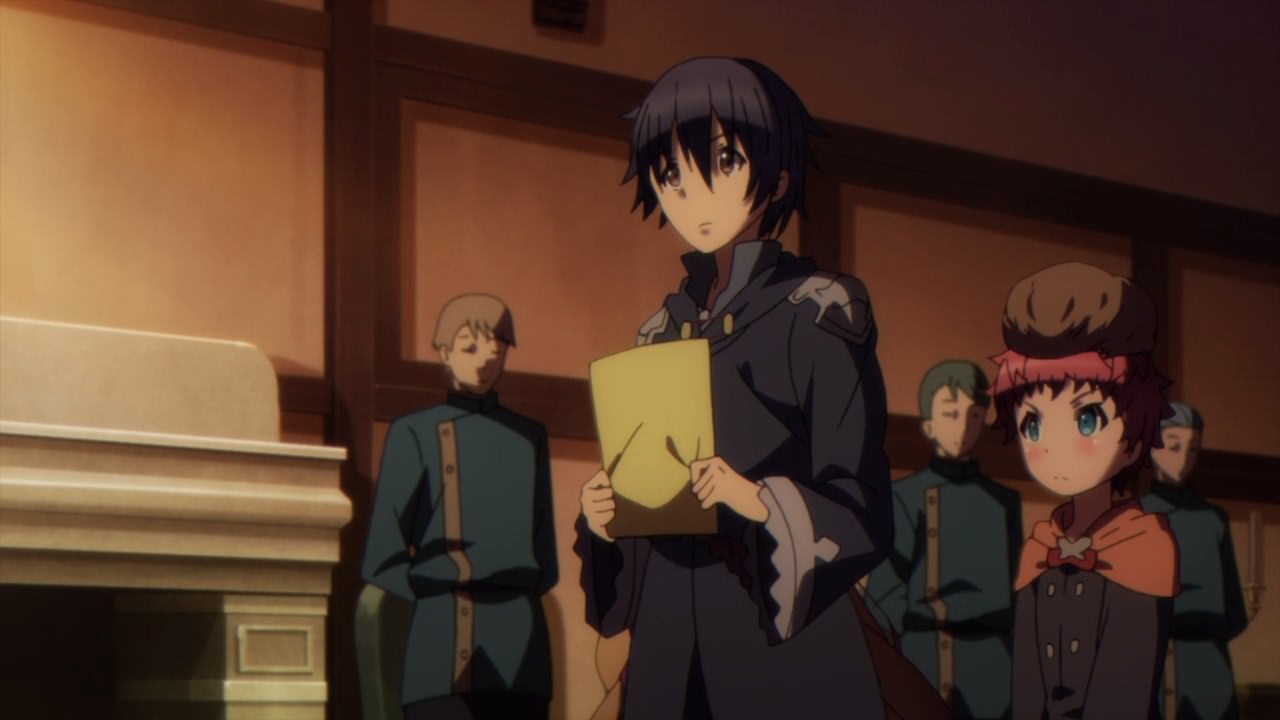 Eventually, Satou and his companions managed to finished 300 vials of potion and they’re fully-delivered safe and sound. Now the only thing left to do is for Birkinz to sign it. 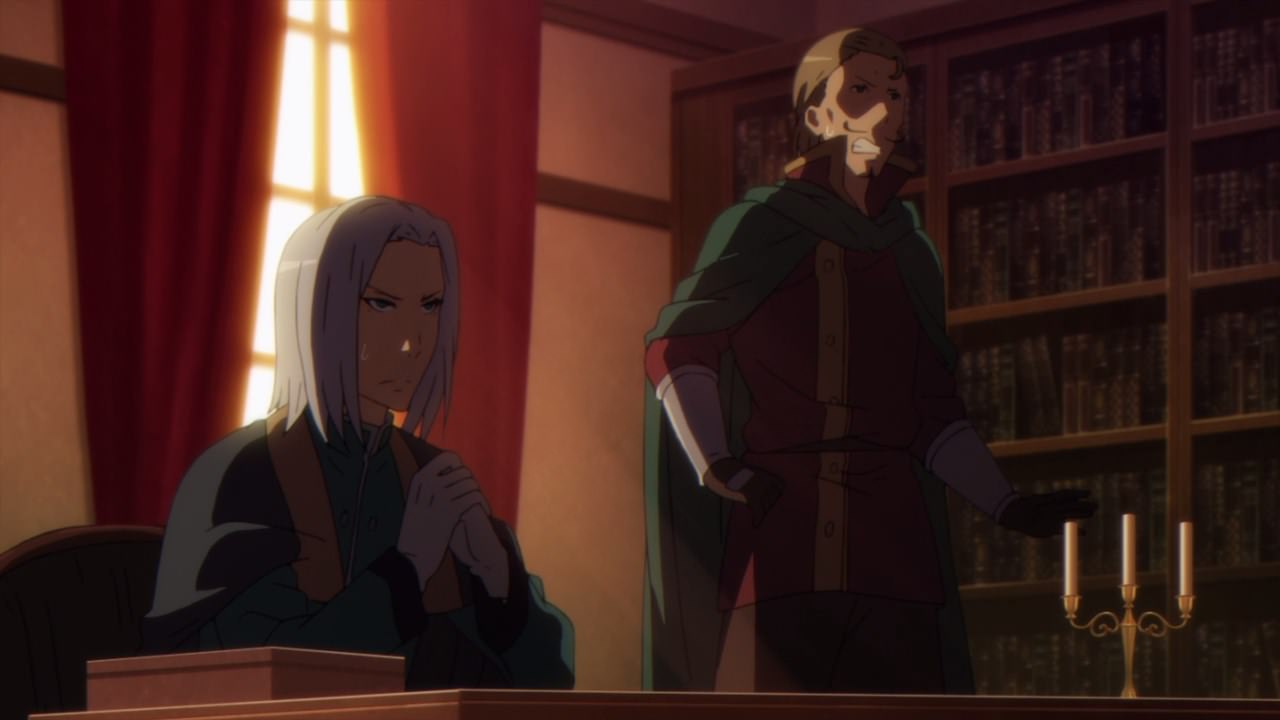 But then again, Birkinz will refuse to sign the contract because at this point, his scheme to take over the Forest of Illusions will fail.

Yeah, I’m pretty sure that he’ll just delay the contract signing until sundown. What a scumbag! 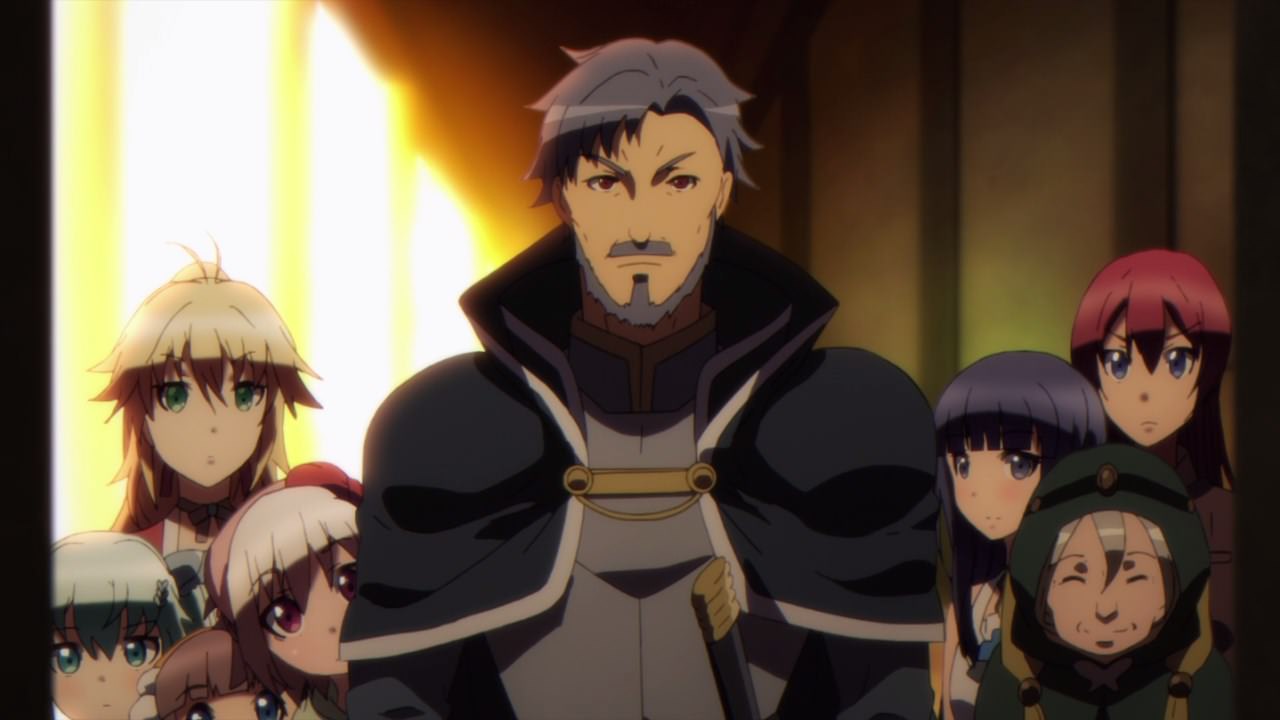 Fortunately, it appears that Birkinz and Dosan’s days are numbered when the Count Kuhanou arrived to stop them as he had enough of Birkinz’s corrupted schemes. Basically, the jig is up for the assistant viceroy! 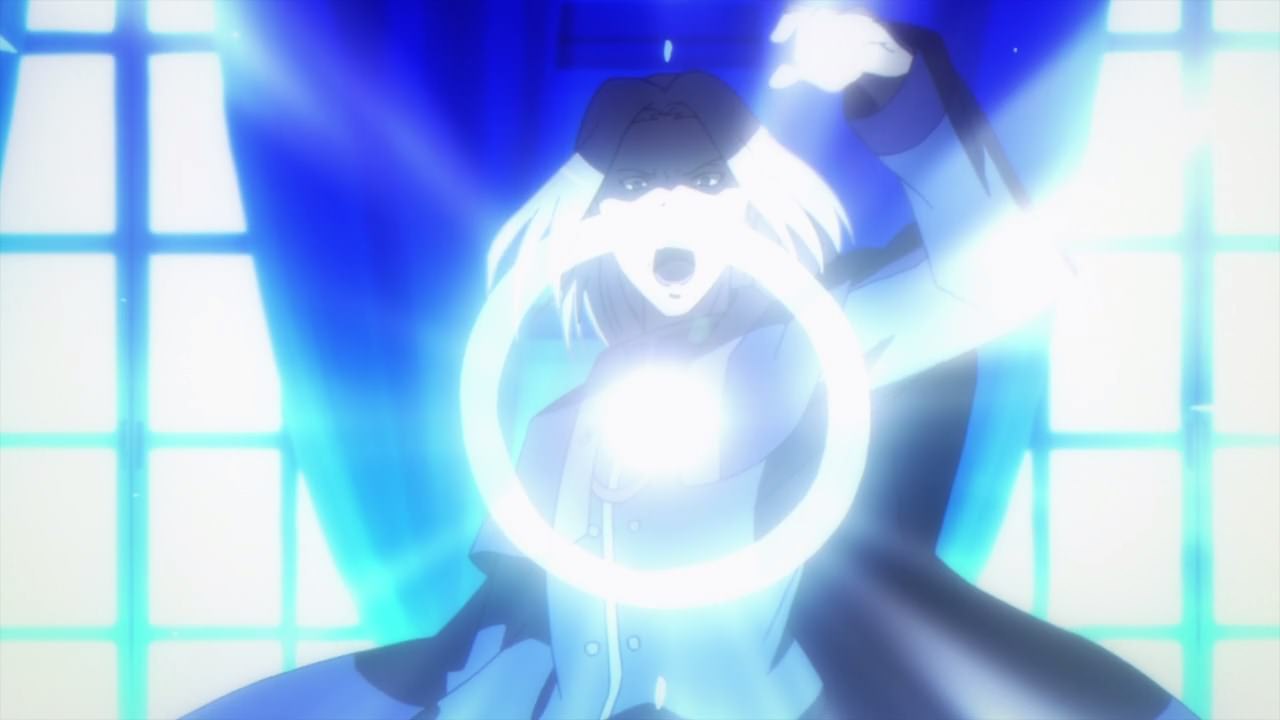 Of course, Birkinz won’t give up that easily as he’s about to use his magic against the count. Then again, Count Kuhanou will just kill the assistant viceroy on the spot. 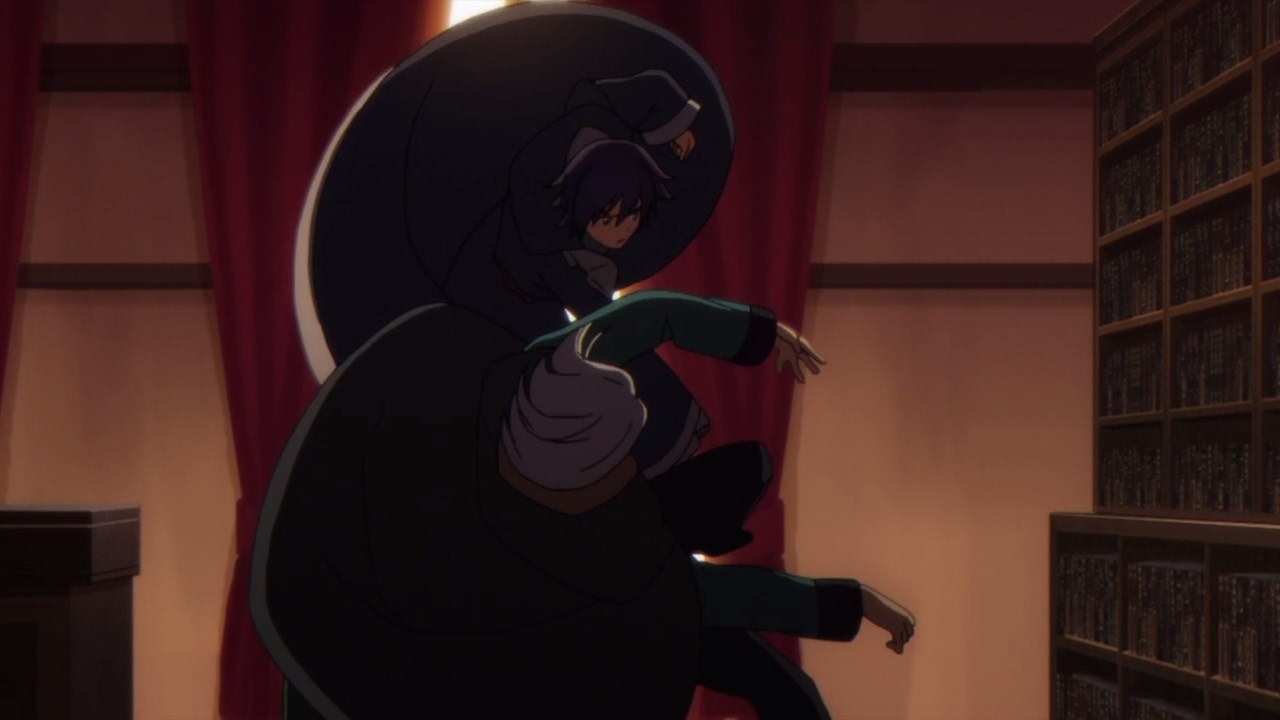 But as for Satou, he has other plans as he interrupted Count Kuhanou’s attempts on killing the assistant viceroy, and instead use less-lethal means to take both Birkinz and Dosan down.

C’mon, the reason why Satou did that is because children are watching and he doesn’t want Pochi, Tama, and even Mia on seeing someone getting cut into half. 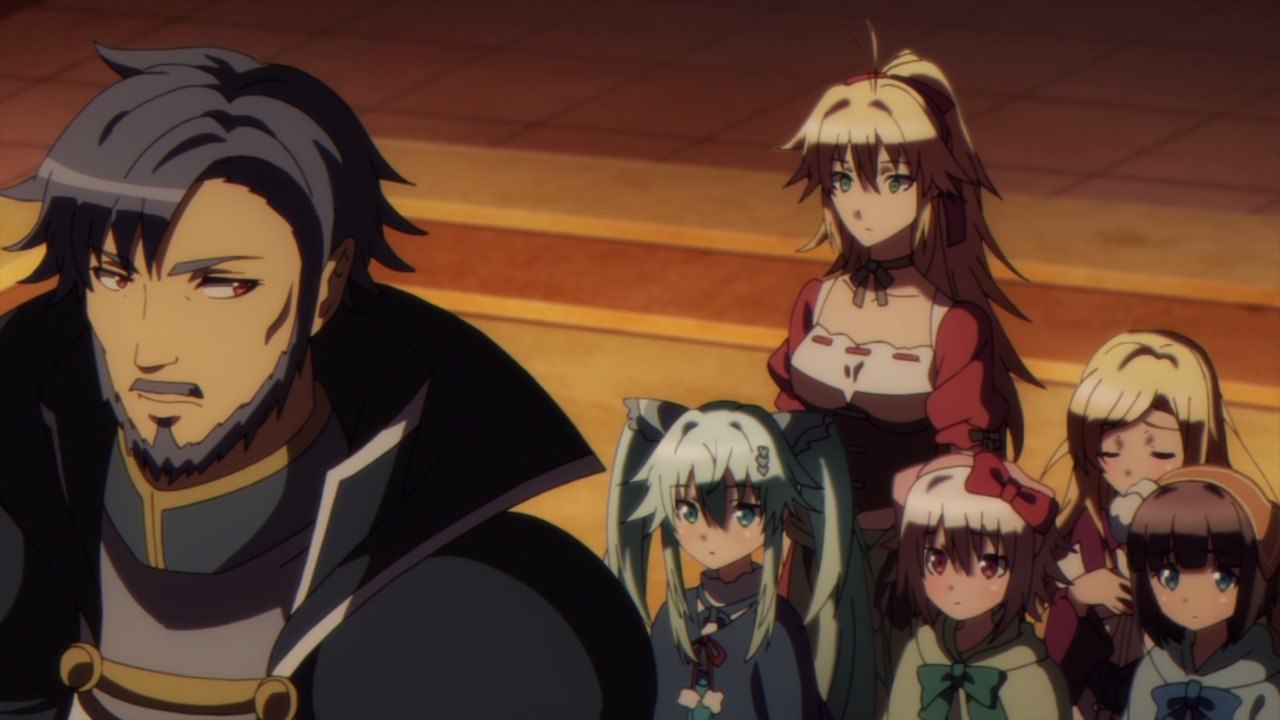 See? Count Kuhanou should think of the children first before punishing Birkinz with his sword.

But anyways, both Birkinz and Dosan are punished for their misdeeds and the Forest of Illusions is safe. 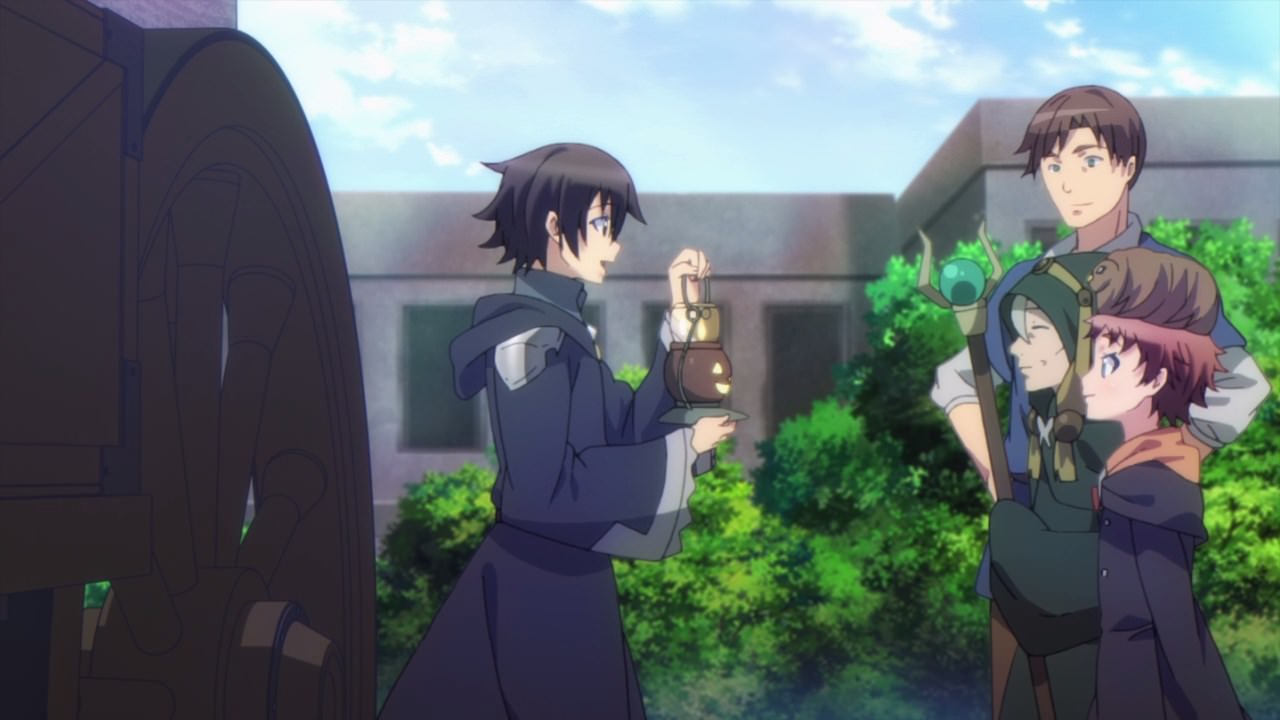 For the owner of the pottery, he got a bigger kiln after the previous one got destroyed by Dosan and his goons. So wait, how did Satou managed to finish the vials without using a kiln? Oh wait, he can use the storage to bake them.

And as for the Witch of the Forest, she gave Satou a lantern as a reward for saving the Forest of Illusions from being exploited. C’mon, Satou did it because he’s a nice guy. 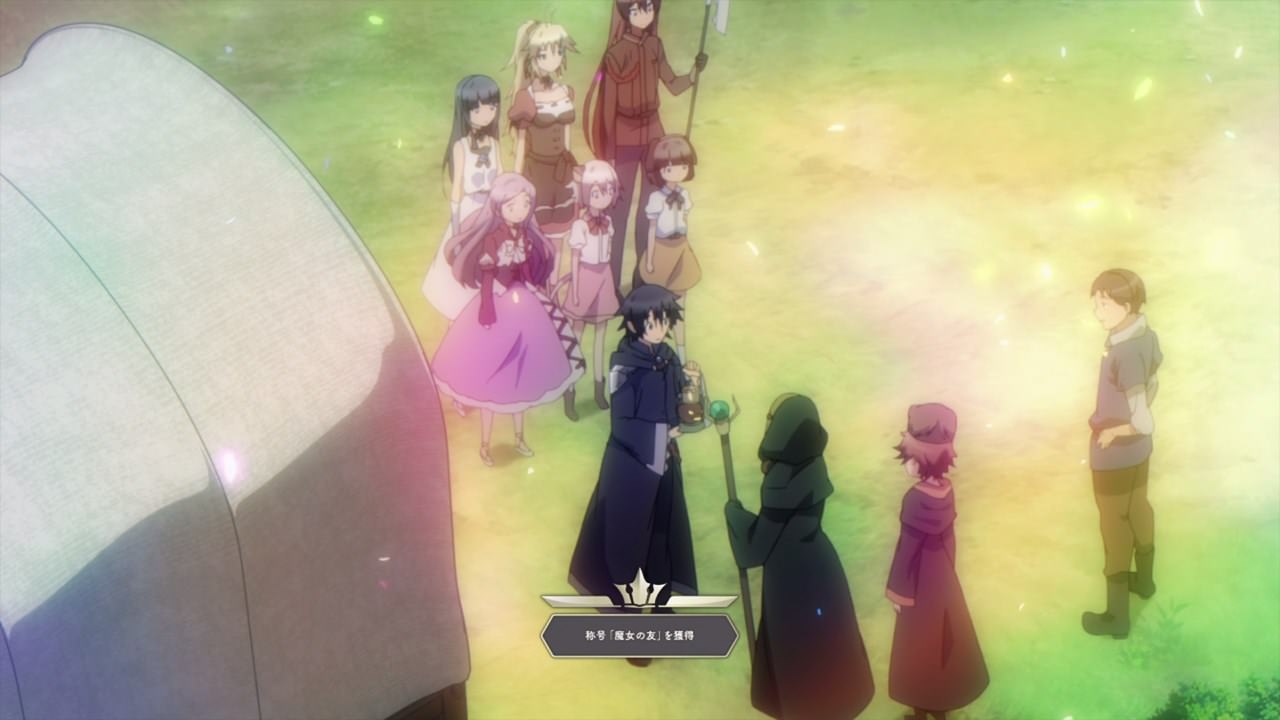 And that my friends is the conclusion of Death March to The Parallel World Rhapsody as I’ll leave you with Satou earning another title. Seriously, he’s an achievement hog until the end!

But you know what, this show is not amazing to watch as Satou wasn’t that great of a protagonist despite being overpowered and stuff. Oh, and not to mention that the story is not even interesting as Satou got some companions, then travel together and do good deeds along the way. And speaking of the story, there are sub-plots that were brought up like how Satou remembered meeting a rainbow-haired girl back in the real world, but they’re completely forgotten about it since SILVER LINK and Kadokawa are urging you to read the novels. But even then, I feel that it’s not even worth the read anyway.

In any case, it’s not worth watching this show because it bores me to heck to be honest. It would be nice if this anime series end at 10 episodes, but the last 2 just drag this series until the studio just gave up. Oh well, at least I’m done watching Death March to The Parallel World Rhapsody, but wait there’s more! 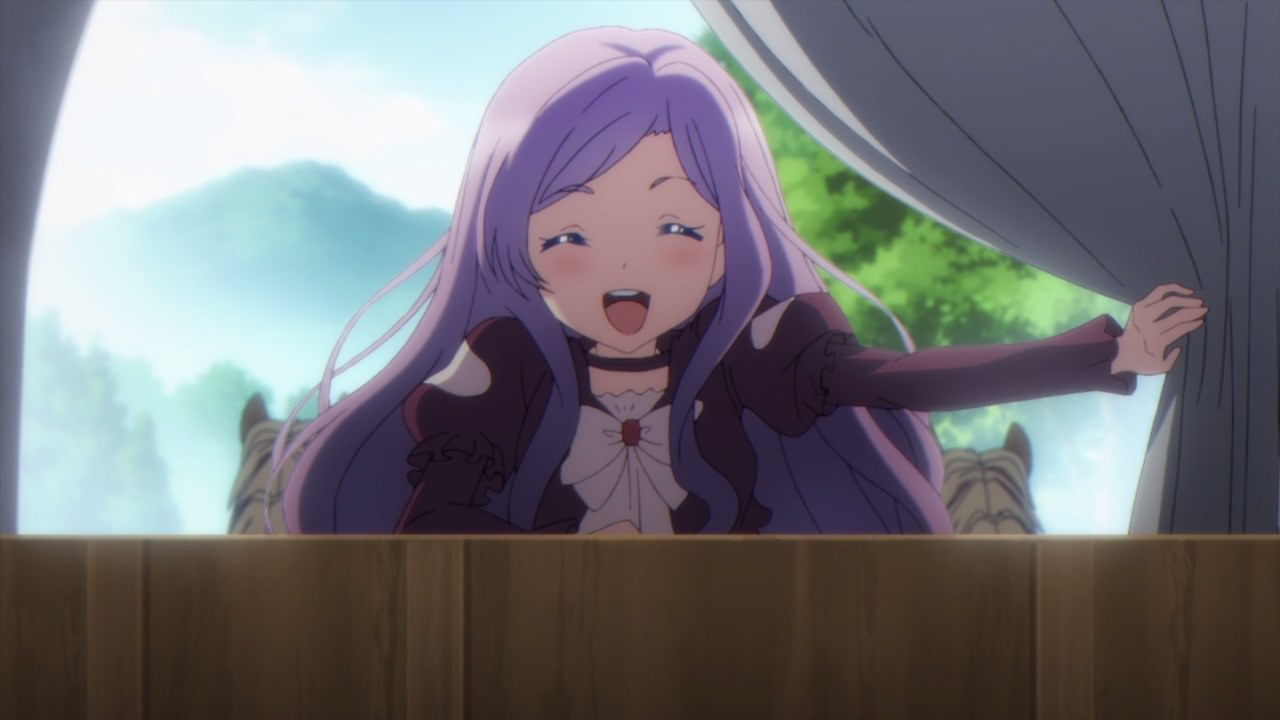 That’s because it’s time for an omake where Arisa has arrived to wake Satou up. C’mon, she’s the only one who can do it because Arisa is the same as Satou.

But then again, what Arisa saw was Satou seeing a naked Nana. Oh boy, Satou always greeted by naked girls in the morning!

It turns out that Nana wants her magic circuitry adjusted by Satou and the only way to do it is to adjust it directly, which means putting his hand onto Nana’s breasts. Then again, Mia says that it’s lewd to have Satou grope boobs.

So, Misanaria suggested to place his hand onto Nana’s back in order to adjust the magic flow in her body.

Then again, both Arisa and Mia agreed that it’s still lewd. Oh well, at least this is just an omake because it’s time for me to end the anime adaptation of Death March to The Parallel World Rhapsody. See ya!