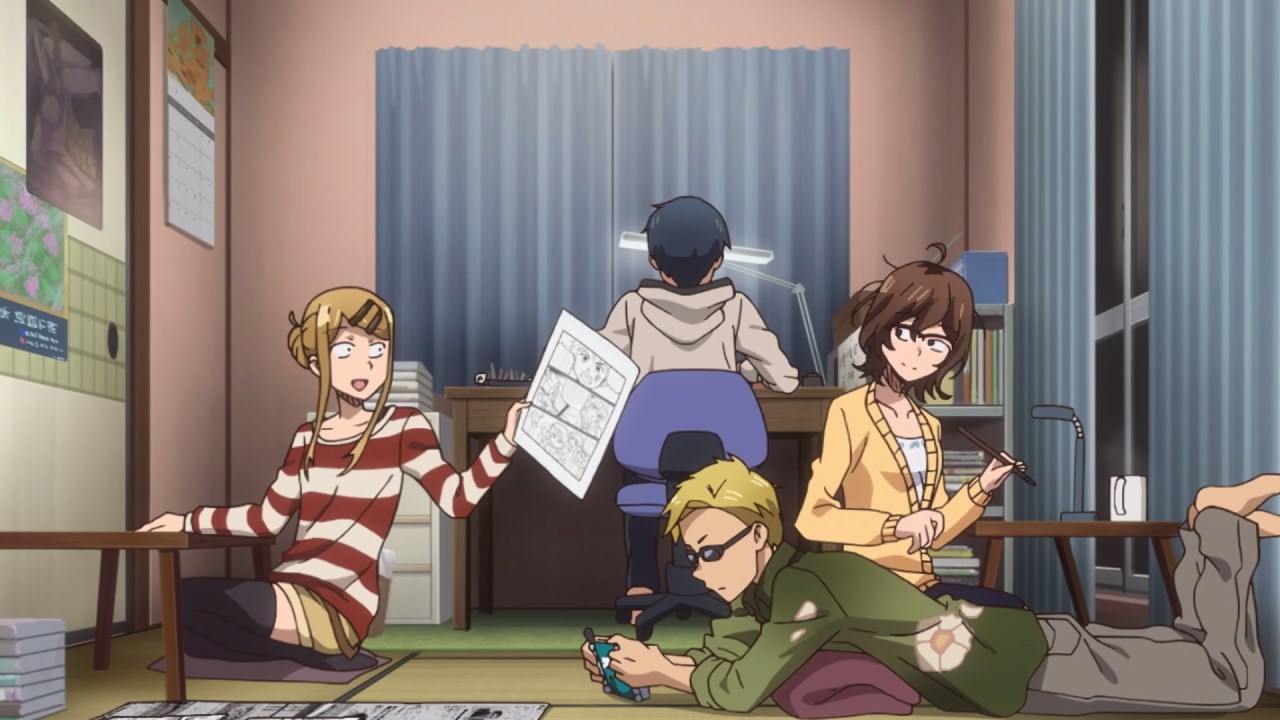 This is the last two episodes of Dagashi Kashi 2 and as you can see, Kokonotsu Shikada and his friends are pulling an all-nighter to finish his manga.

Well, except for Tou Endou in which he plays video games. 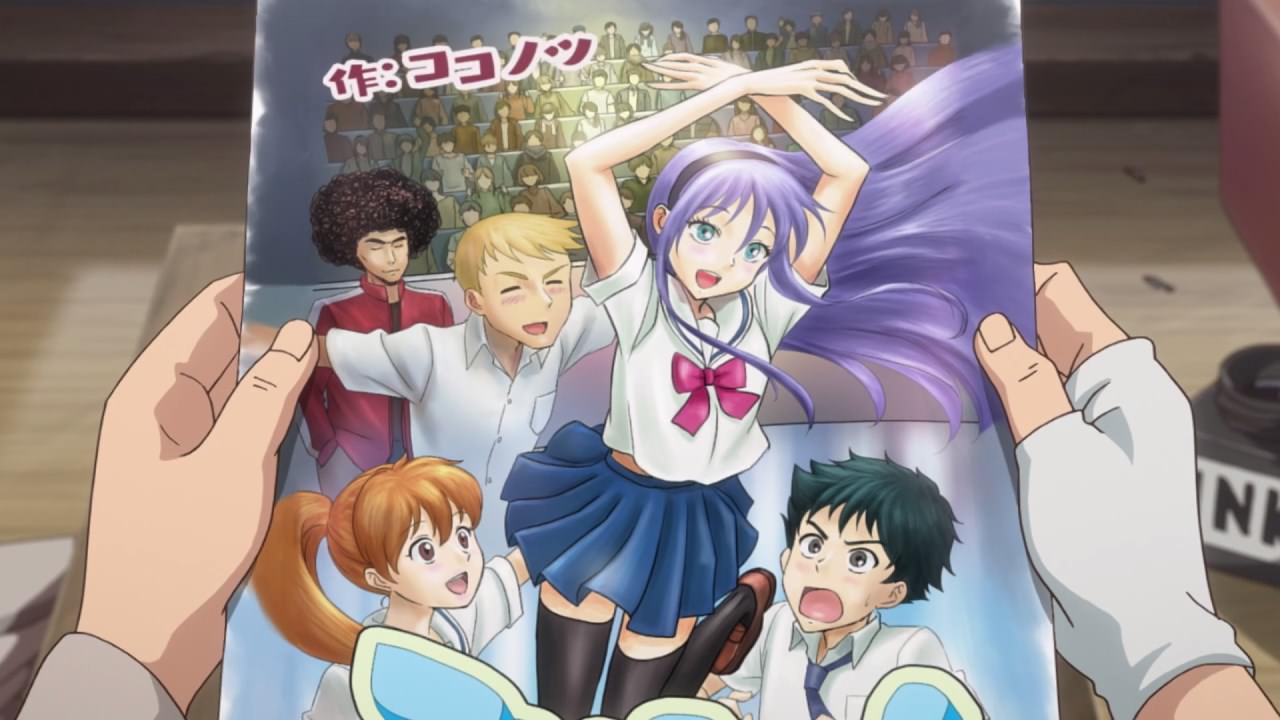 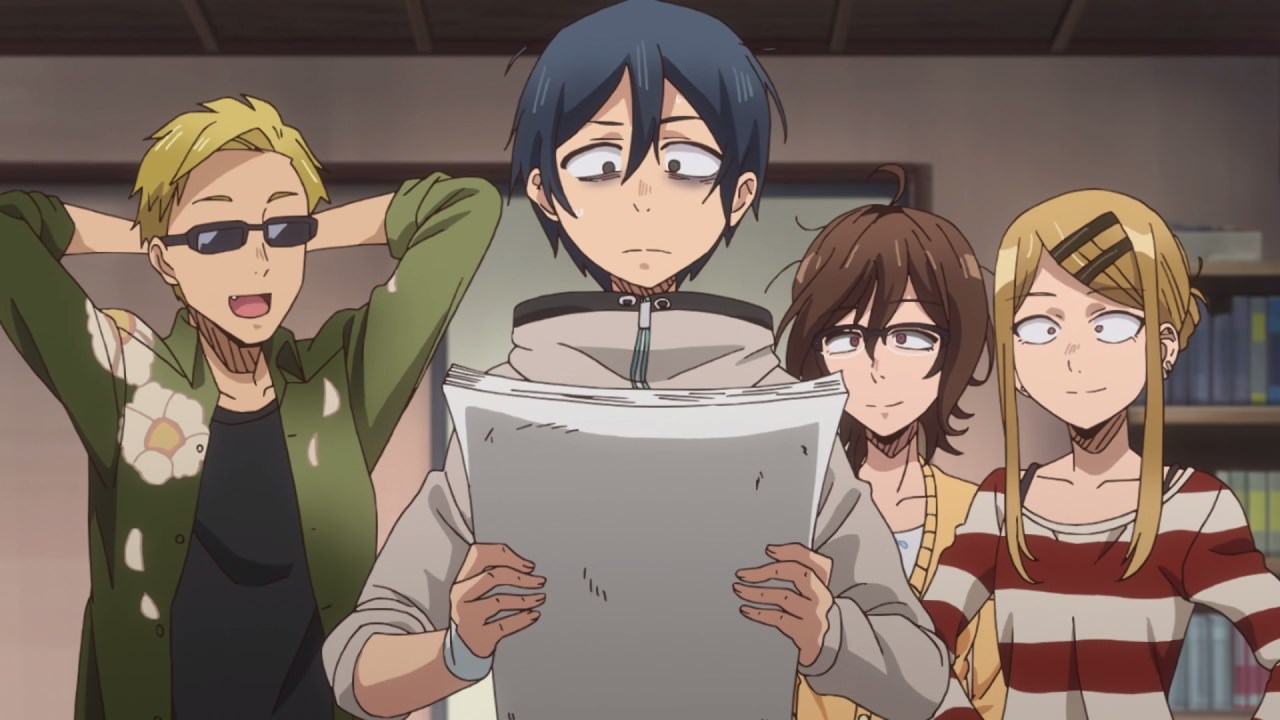 But after many hours working on it, Coconuts’ manga is finished in the nick of time.

It’s all thanks to Saya Endou and Hajime Owari who help him finish the manga… except for Tou Endou who didn’t contribute anything. 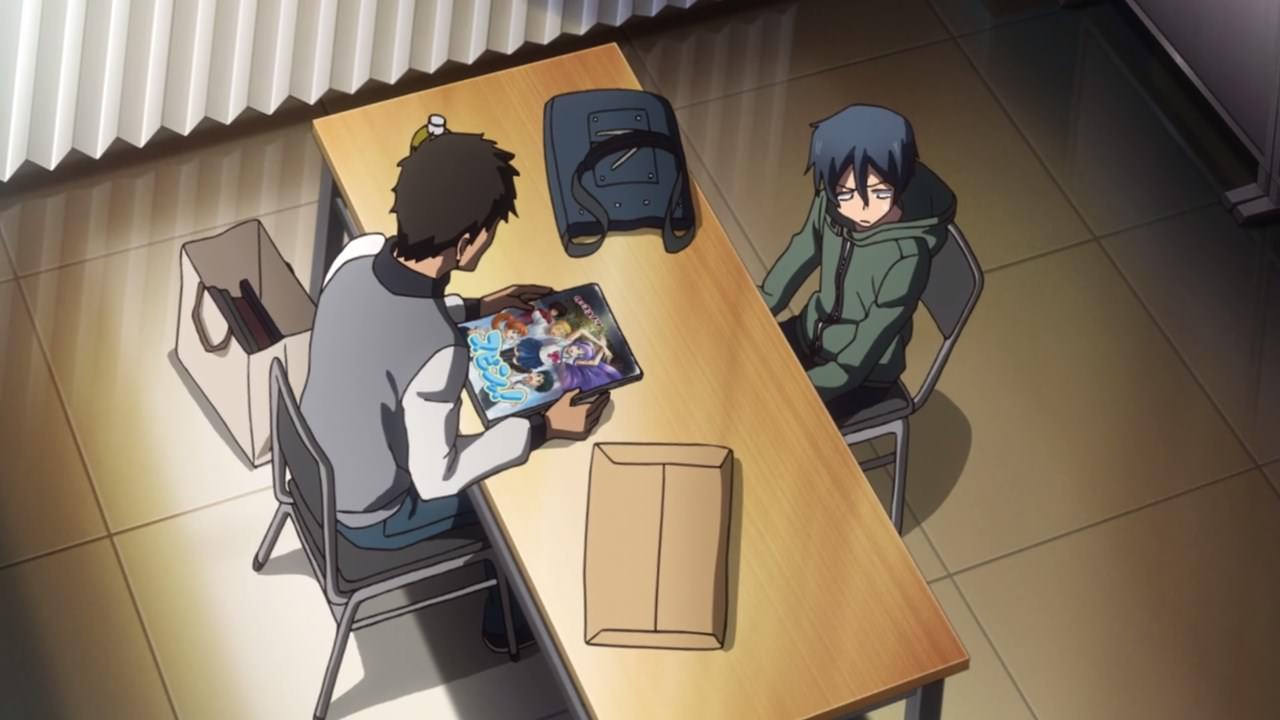 Now then, let’s move onto the next scene where Kokonotsu managed to submit his manga and now the judges are looking at it. So, what’s the verdict then? 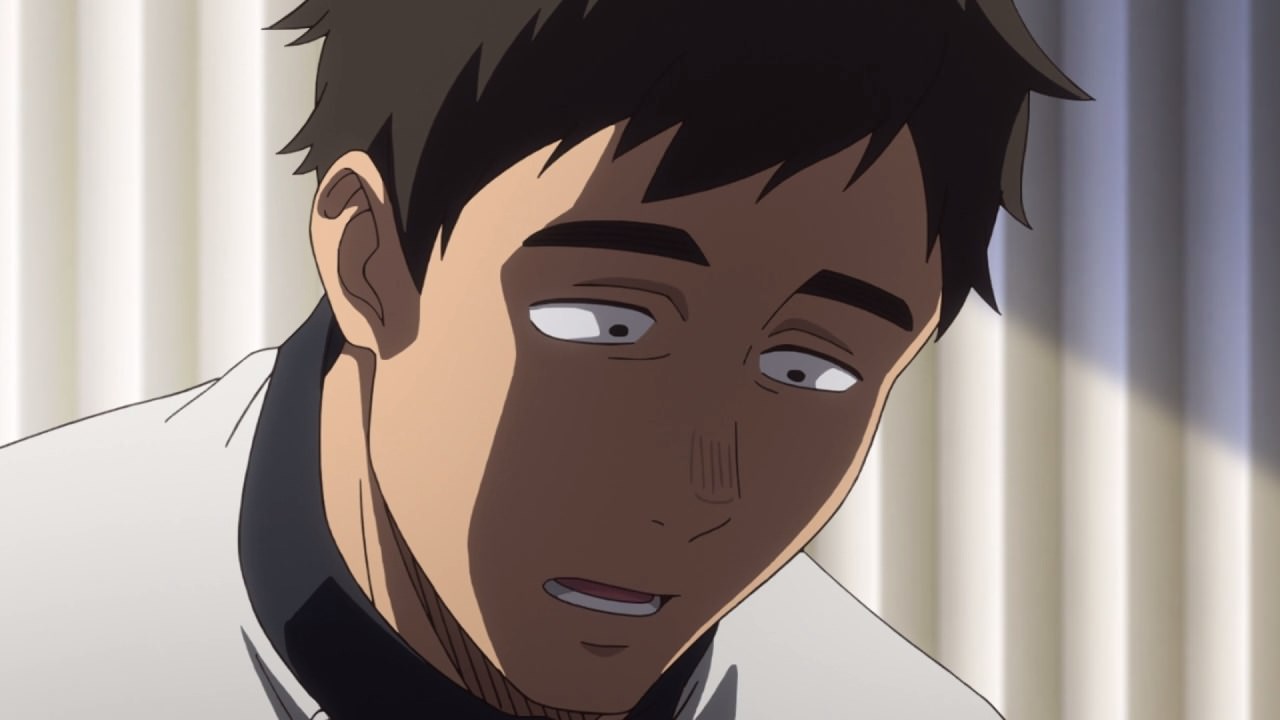 Well, one of the judges says that his manga looks great, but he’s concerned that Kokonotsu’s manga was created in a short period of time. To be fair, Coconuts created his manga after he realized that’s he’s aiming for it instead of inheriting the family business.

So while Kokonotsu’s manga is a fun to read, the judges decided not to pick it up as he told Kokonotsu Shikada that he needs to manage his time when creating a manga. C’mon, it takes a lot of time making one or two chapters. But yes, seems that Kokonotsu’s dream of becoming a mangaka has been crushed. 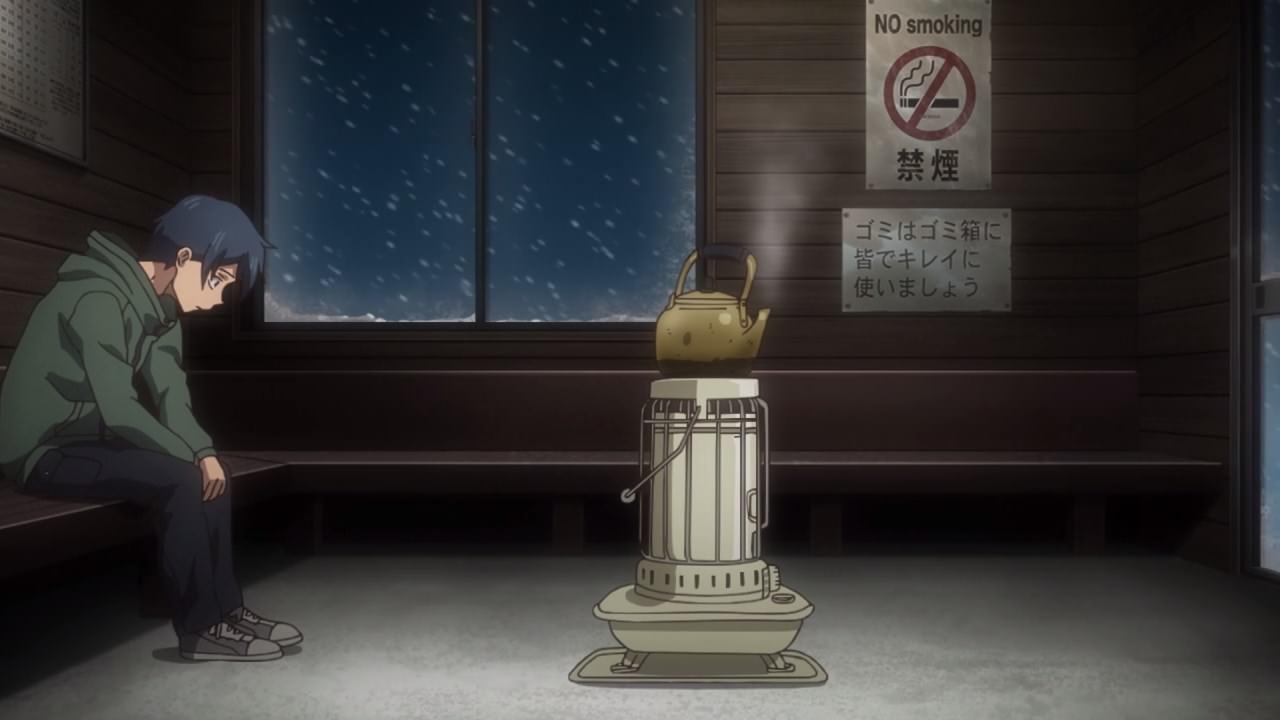 Oh and the worst part? He can’t go home because there’s a snowstorm outside the train station.

So yeah, Kokonotsu is stuck indefinitely until the snowstorm subsides. But you know what, he can’t face his friends after helping him, not even Hotaru Shidare. 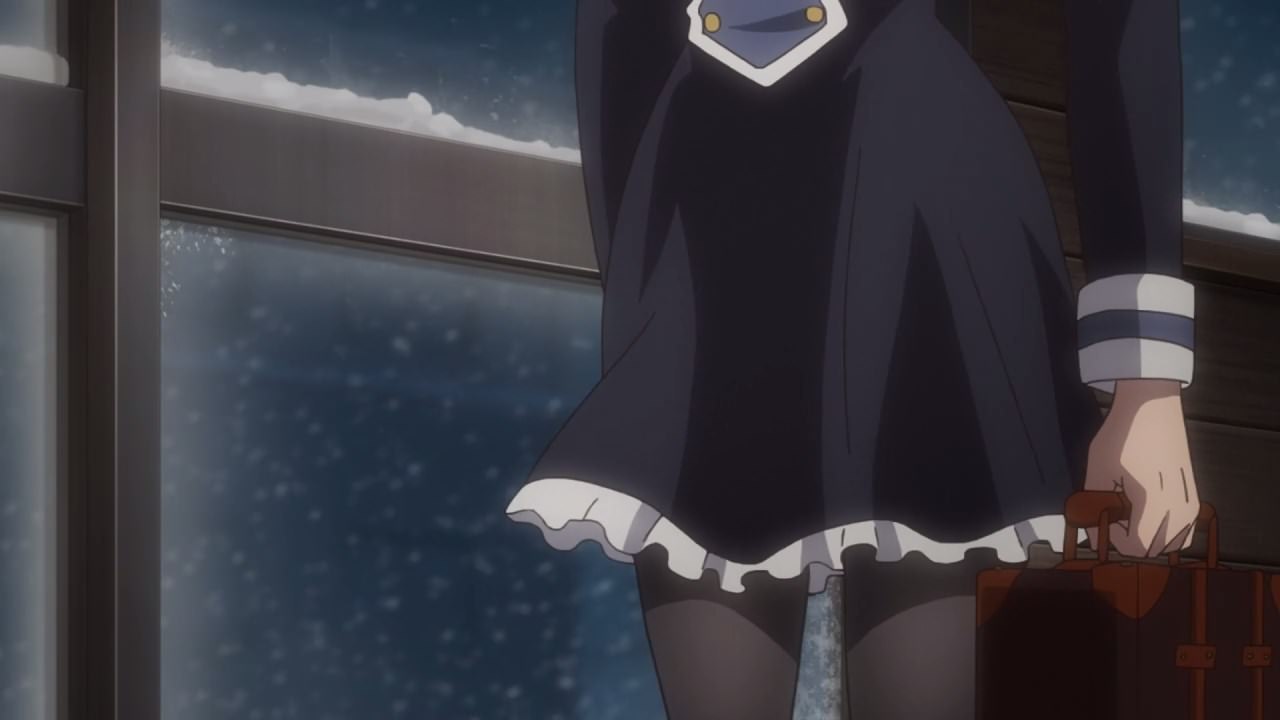 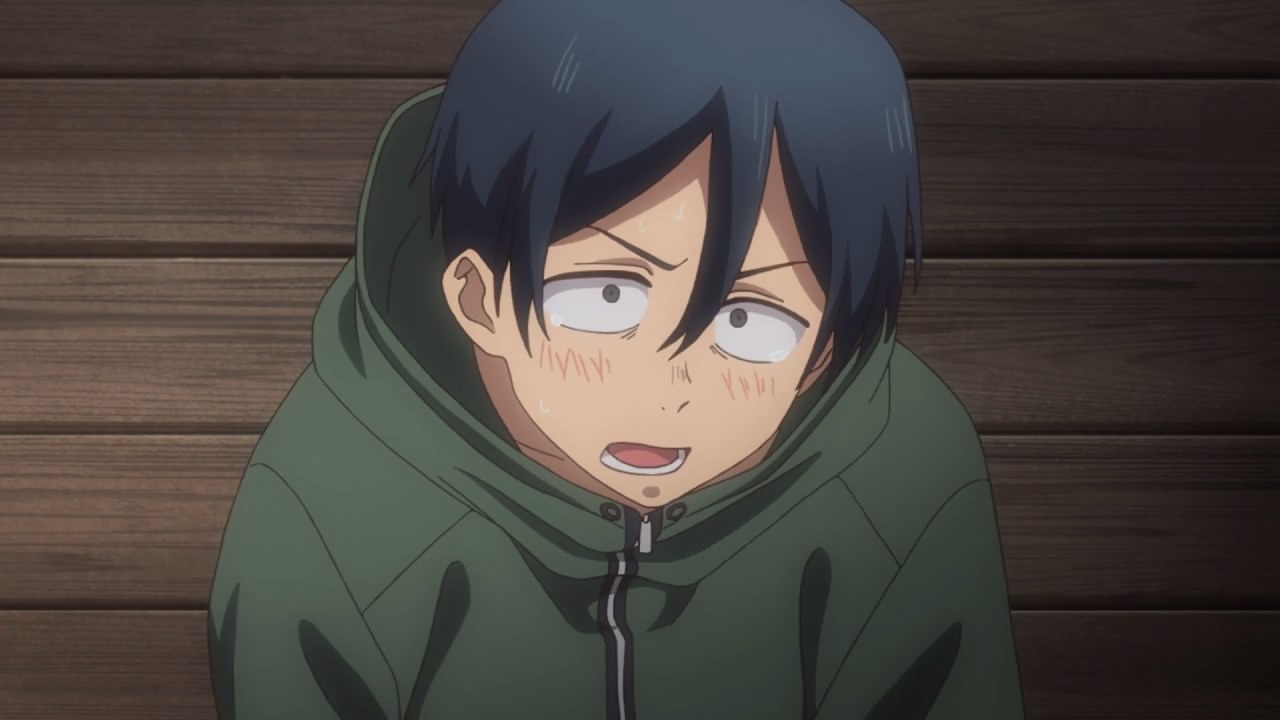 Then again, seems that Kokonotsu was surprised that a certain candy maniac has arrived. Could it be that she’s returned? 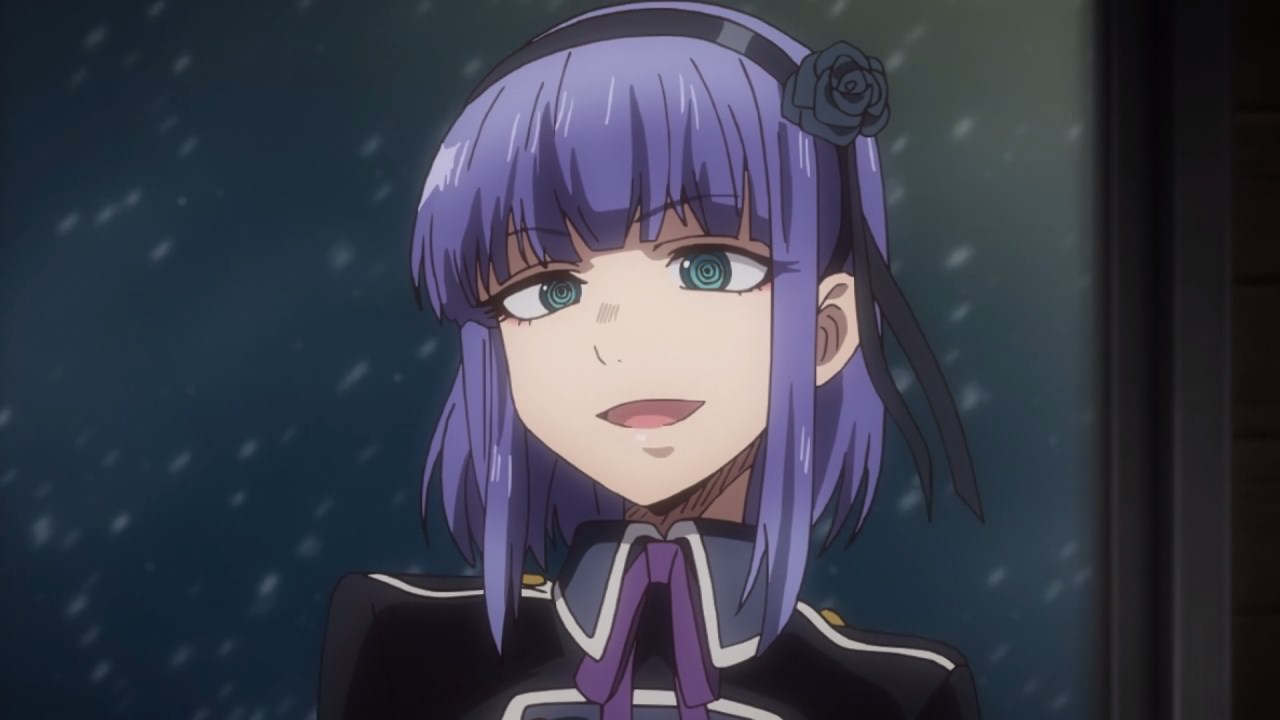 That’s right, Hotaru Shidare is back after she disappeared from Episode 4. What took her so long to return near the end of this second season? 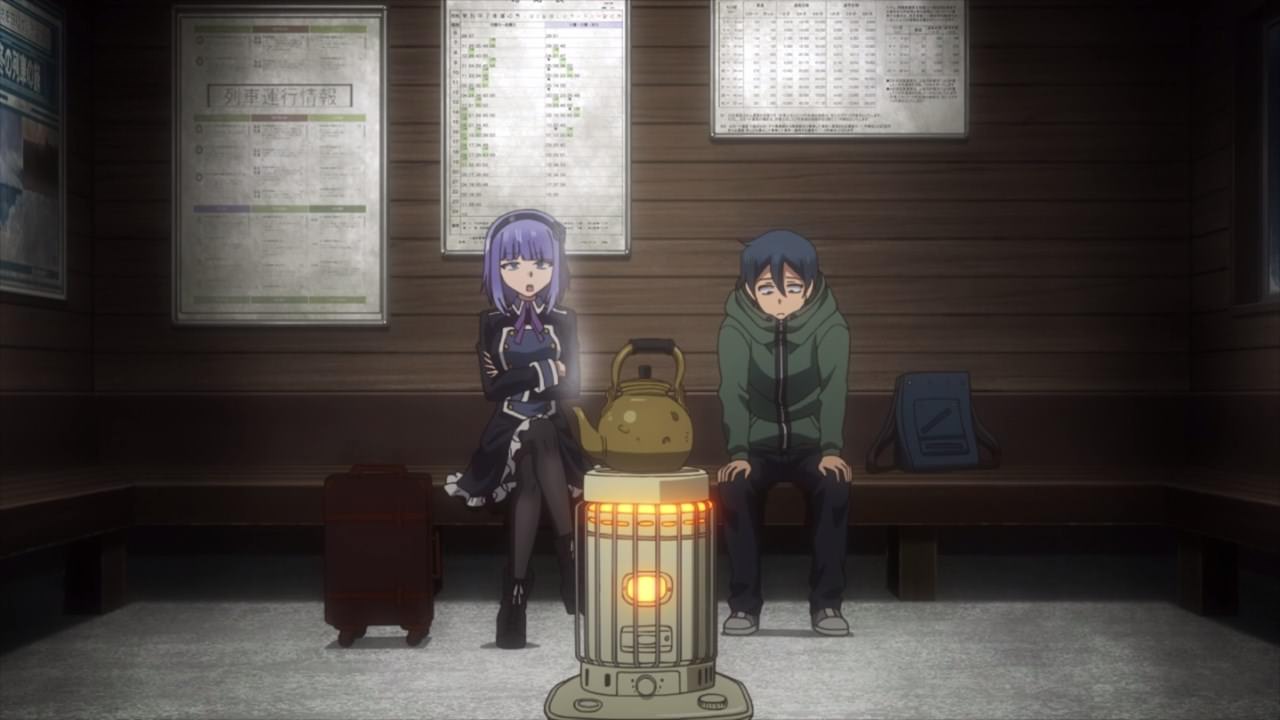 But the good news is that Hotaru is back as she comfort Kokonotsu since he failed to reach his dream. Speaking of which, Hotaru has a solution to that. 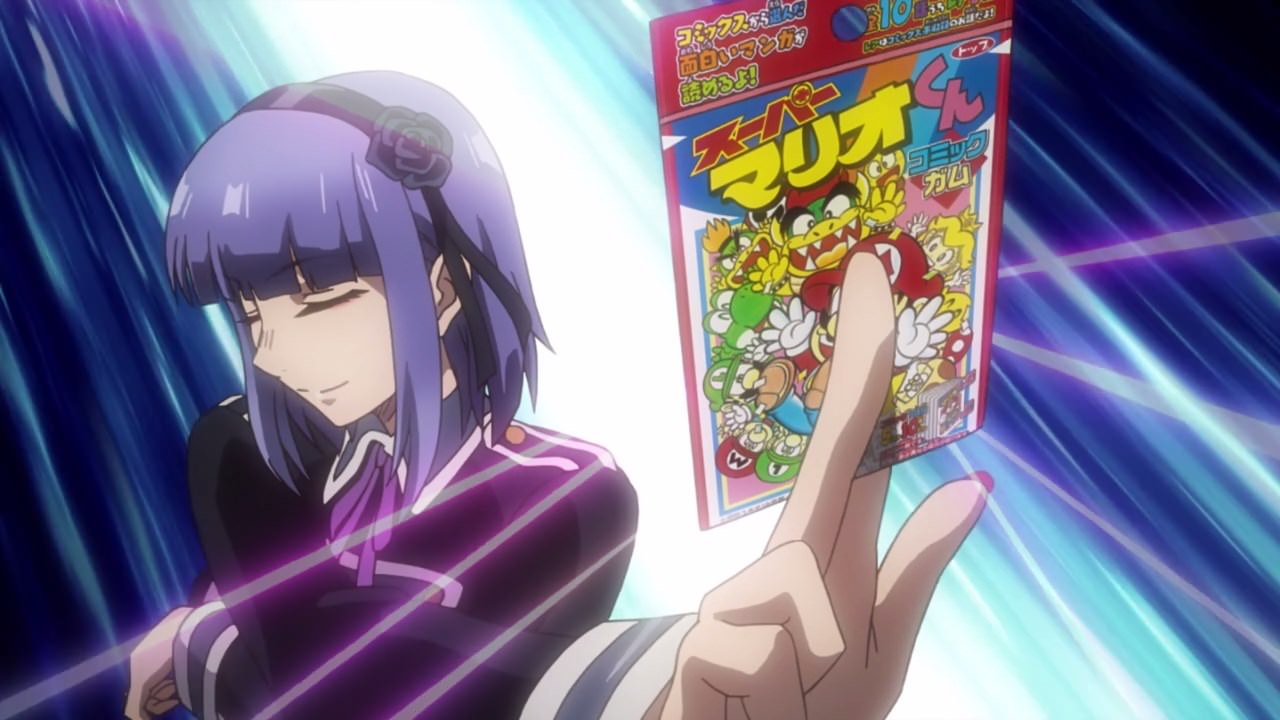 And that’s showing Kokonotsu this Super Mario-kun Comic Gum, an officially-licence candy from Nintendo and Shogakukan which I’m surprised to have it feature on this series.

Oh yeah, and if you think that this pack only has a gum and a foldable comic strip, wait to you see what’s inside… 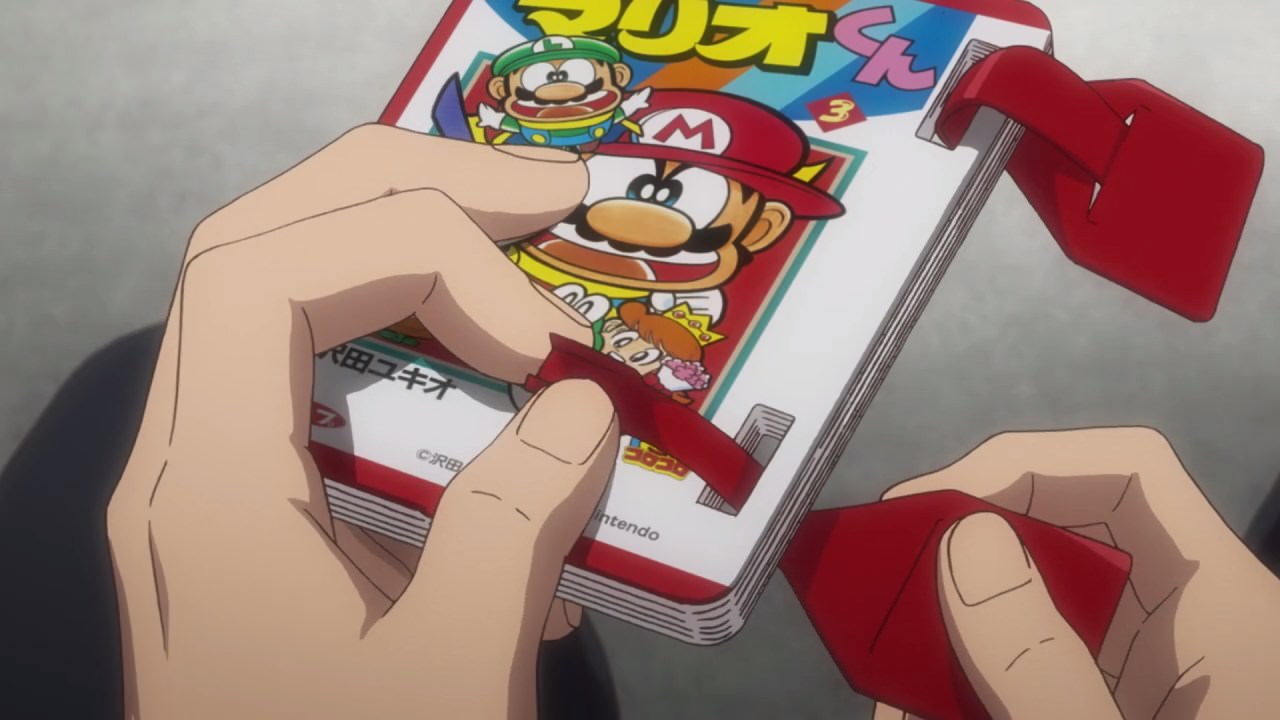 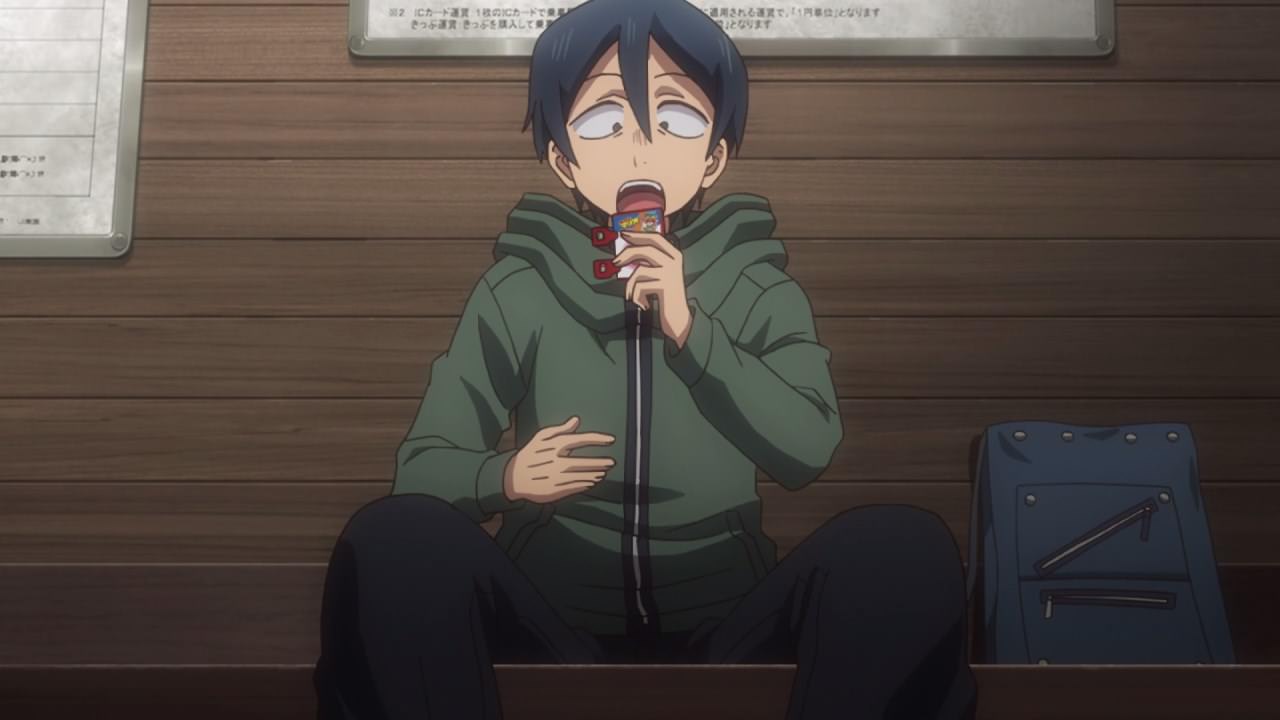 That’s because the Super Mario-kun Comic Gum has 10 to 11 comic strips that you can assemble it yourself and read it. Isn’t it fun?

Well, I have to say that Hotaru’s reappearance has made Kokonotsu happy. 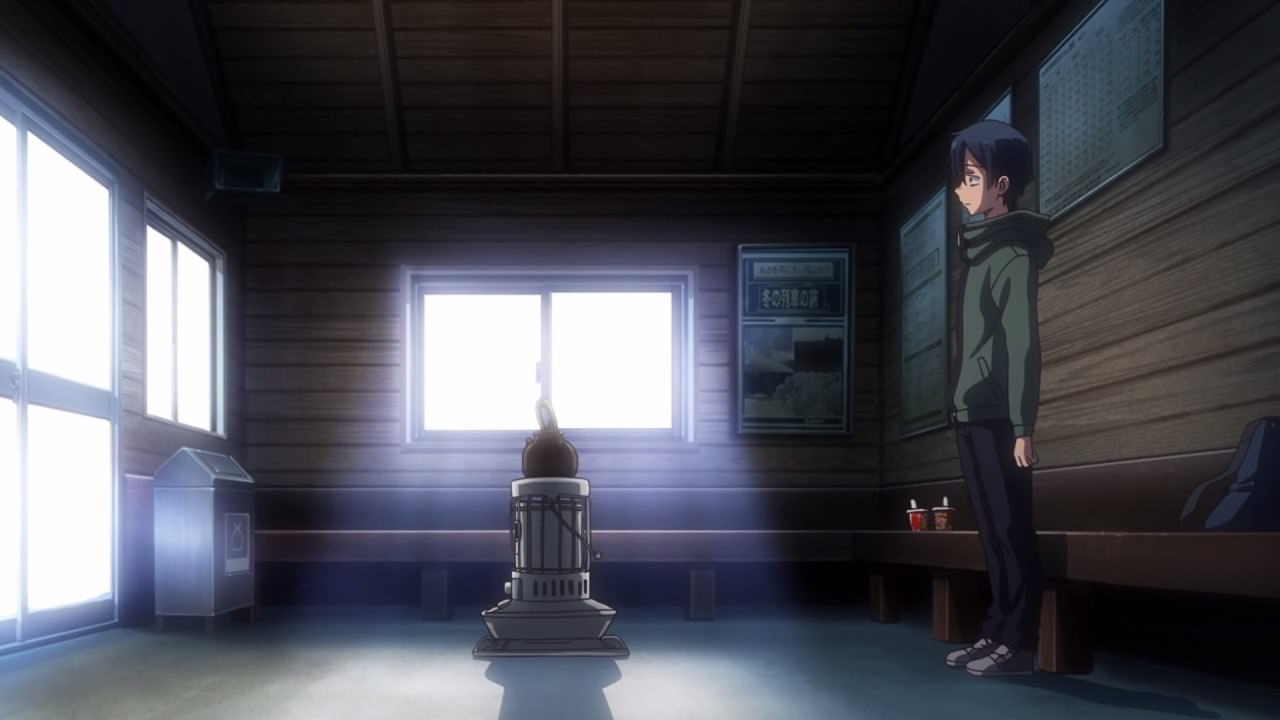 Sadly, that didn’t last long as she left him after the snowstorm subsided. Darn, this is depressing as Kokonotsu is desperately wanted to see her for so long! 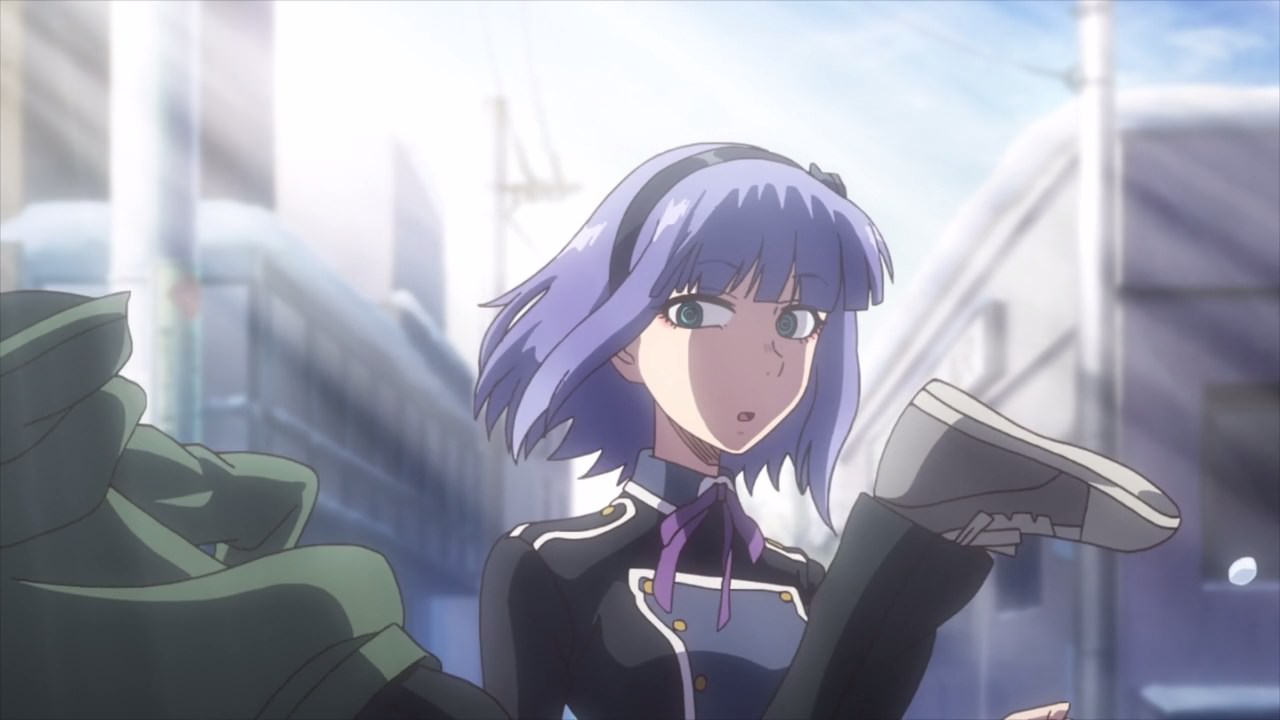 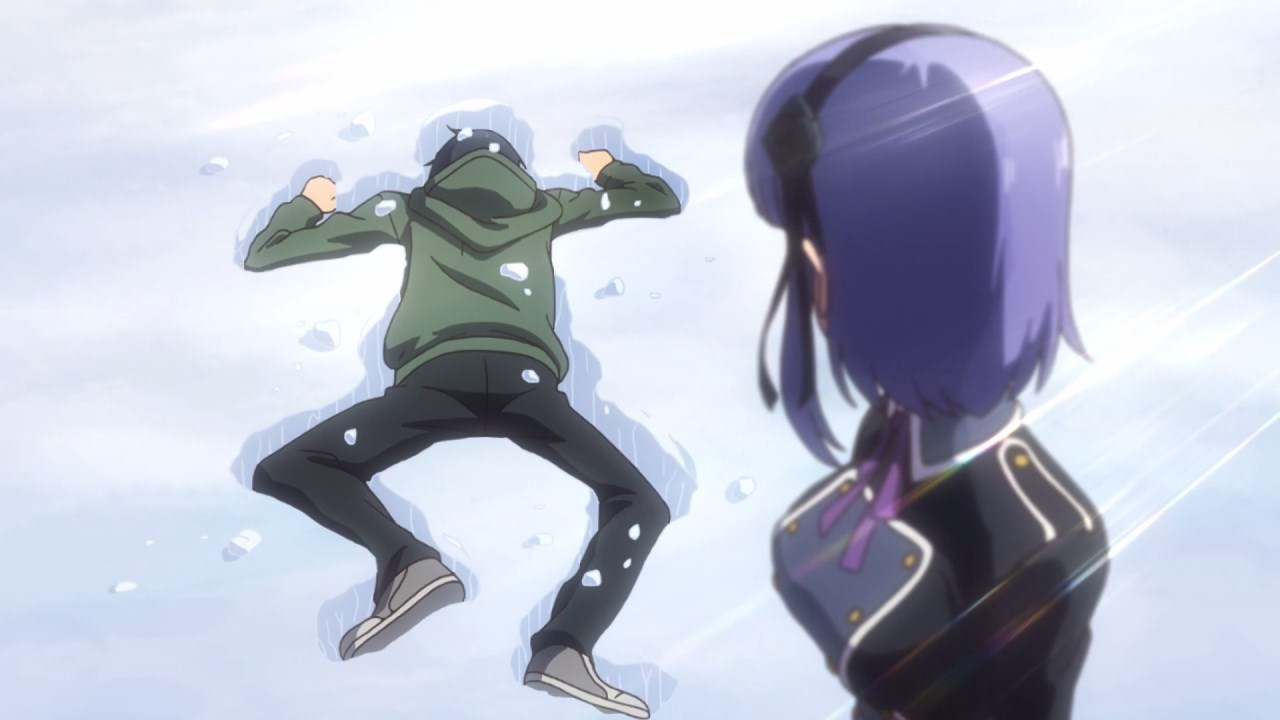 But then again, seems that Hotaru Shidare didn’t go far away from Kokonotsu Shikada as she’s still near the train station.

Oh Coconuts, you’re worried about Hotaru that you tripped and fell face first into the snow. Silly you! 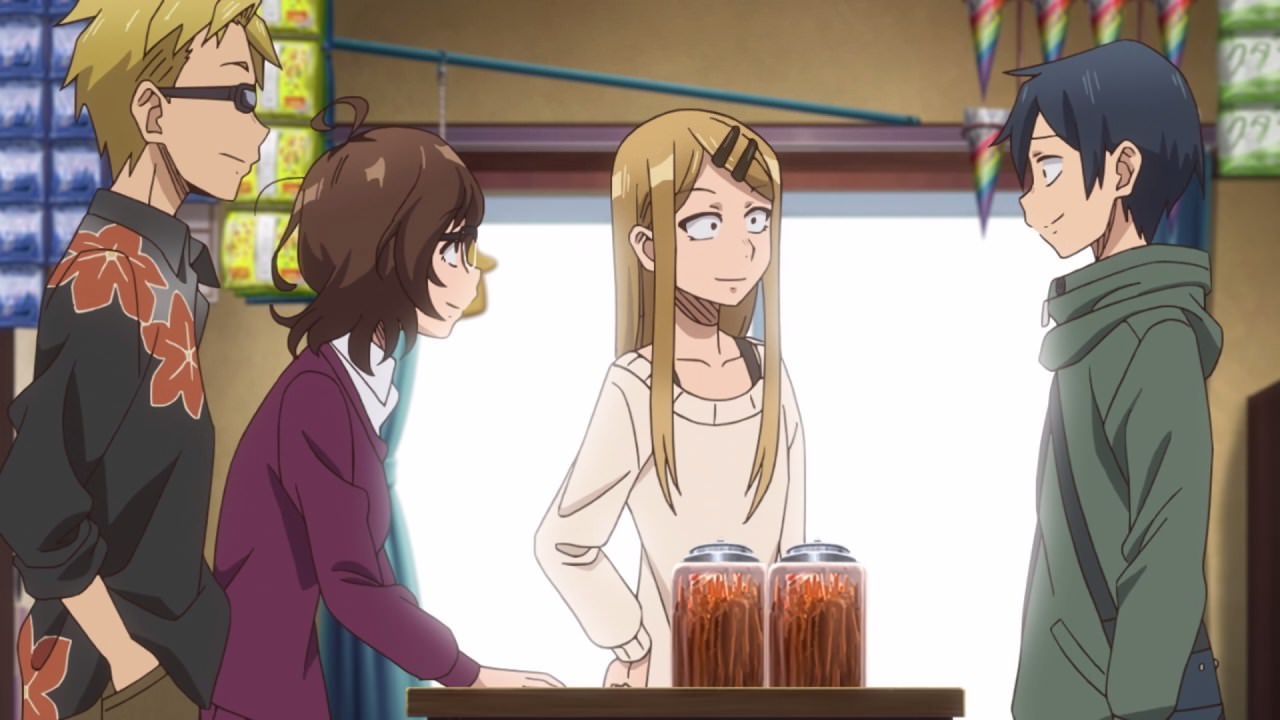 Anyways, Kokonotsu Shikada has returned to his hometown as his friends welcomed him.

C’mon, they’re worried that he’ll be stuck in the city forever, especially in a snowstorm where he’s forced to sleep inside the train station. 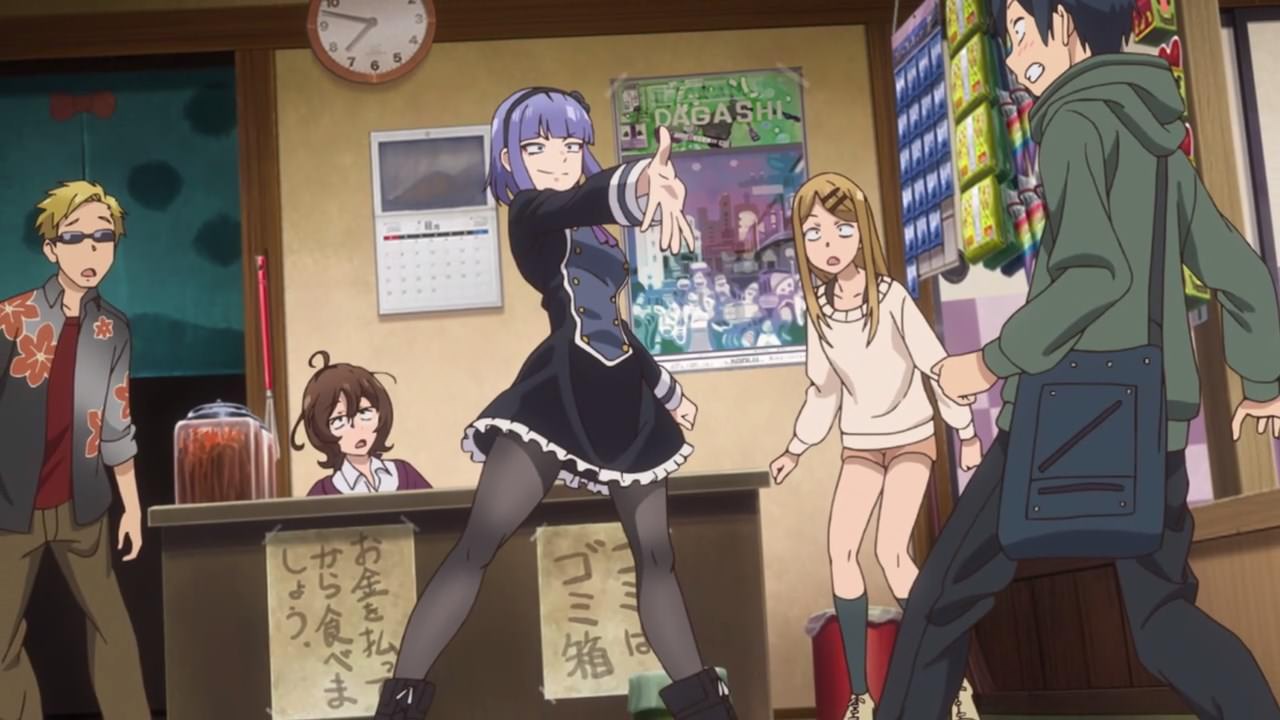 More importantly, Hotaru Shidare is back as she wants Kokonotsu to join her company instead of You Shikada.

Well, looks like You-san got emotionally hurt when Hotaru ditch him in favor of his son. 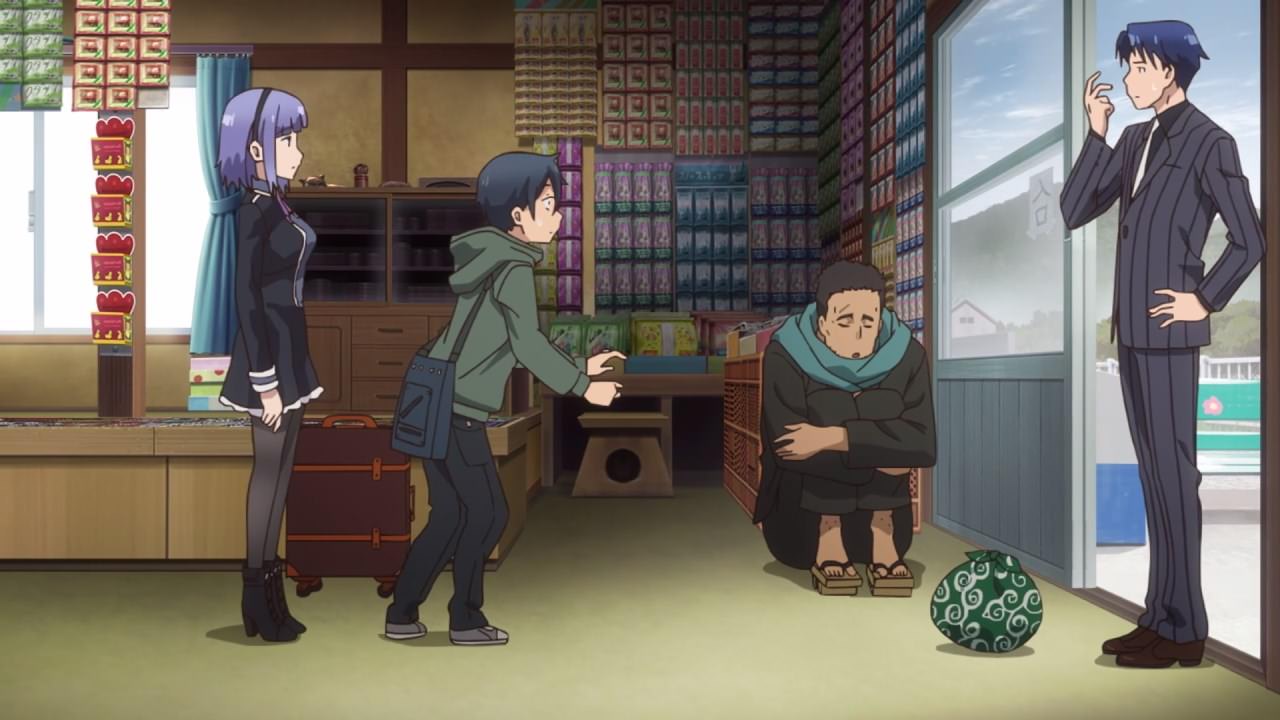 Oh, and here’s You-san where he’s sulking at a corner but wait a minute, it’s Beni Yutaka as he’s here to recruit Coconuts to his convenience store. What’s he doing here? 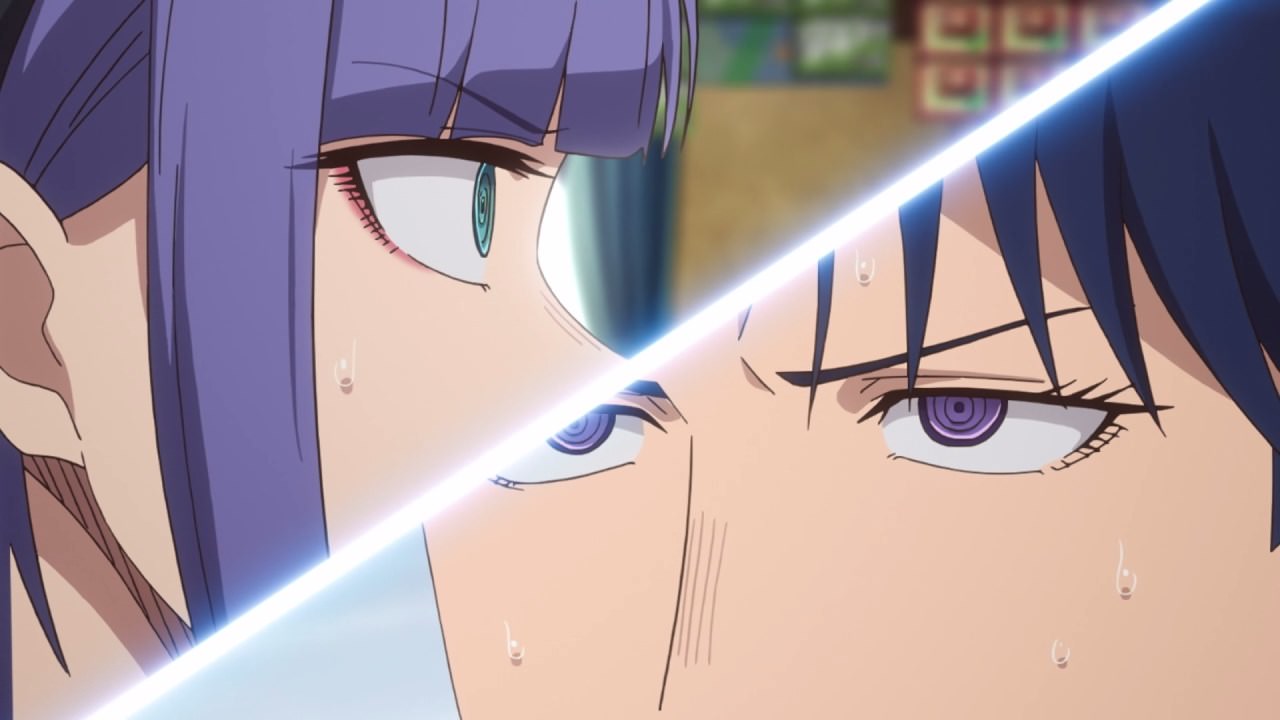 Not only that, seems that Hotaru knows about Beni Yutaka, which turned out that they’re siblings. Oh, and that name “Beni Yutaka”? That’s his first name! So yeah, what a shocking revelation to end this second season!

And that’s about it for Dagashi Kashi 2 and while every episode has cut down to just 15 minutes, it’s still good due to showing off various real-life candy but I wish that there’s more on this season. Now, the manga is nearing its end and while I like another one, I doubt that Shogakukan will green-lit Season 3.

In any case, it’s been a fun ride for Kokonotsu Shikada, Hotaru Shidare, and everybody on this show! We’ll sure miss then, but don’t expect them to return soon.