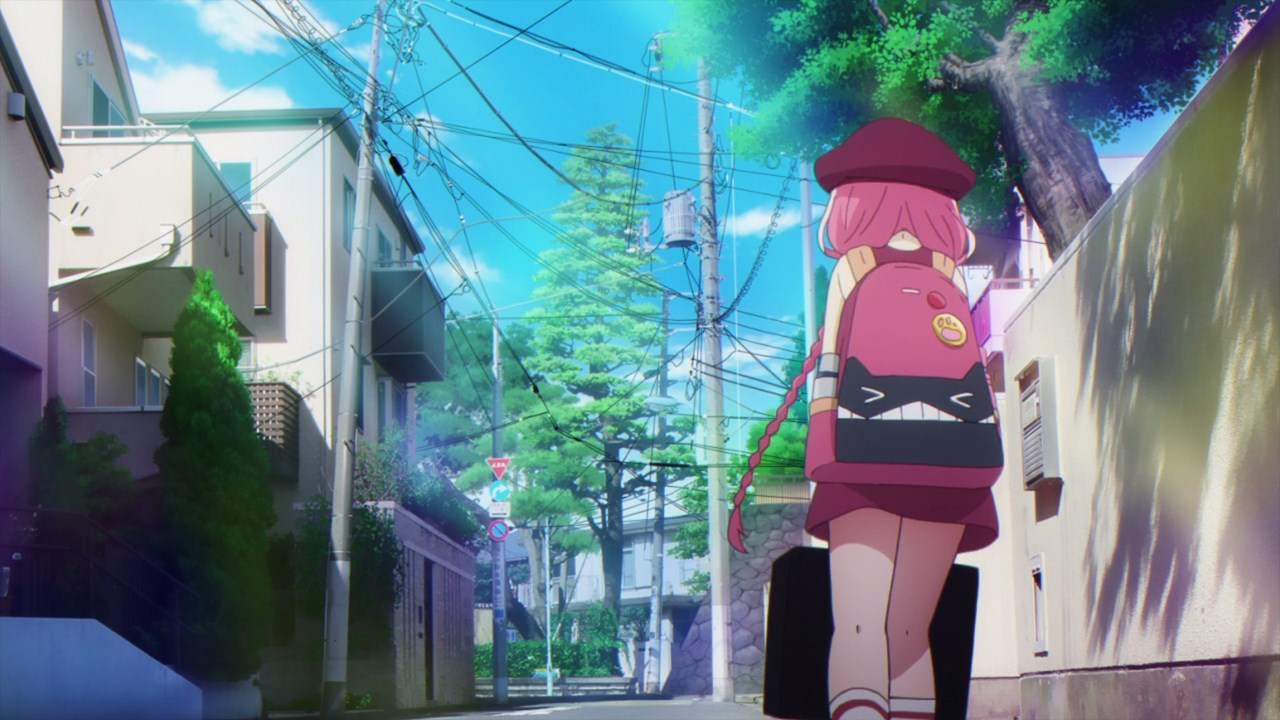 Well everyone, we sure got a full circle on this one as Nexus, the studio behind Wakaba Girl, brought you Comic Girls, a Manga Time Kirara title where you have cute girls creating manga… for Houbunsha (or Bunhousha)!

Anyways, this is the is Kaoruko Moeta, an up-and-coming mangaka who was recommended by her editor to go to Tokyo in order to improve her skills. 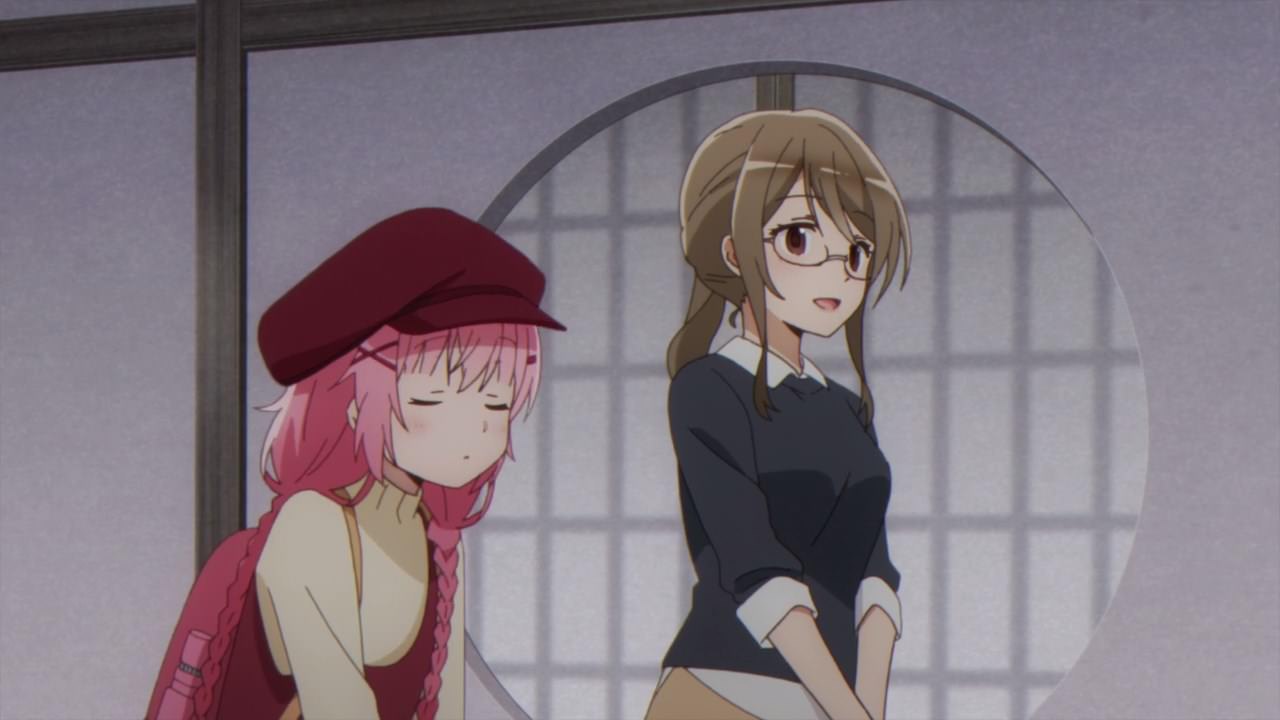 Accompanied by the landlady Ririka Hanazono, Kaoruko (or Kaos-sensei) will stay at a dorm where she’ll be living with other manga artists, although some of them are weirdos. 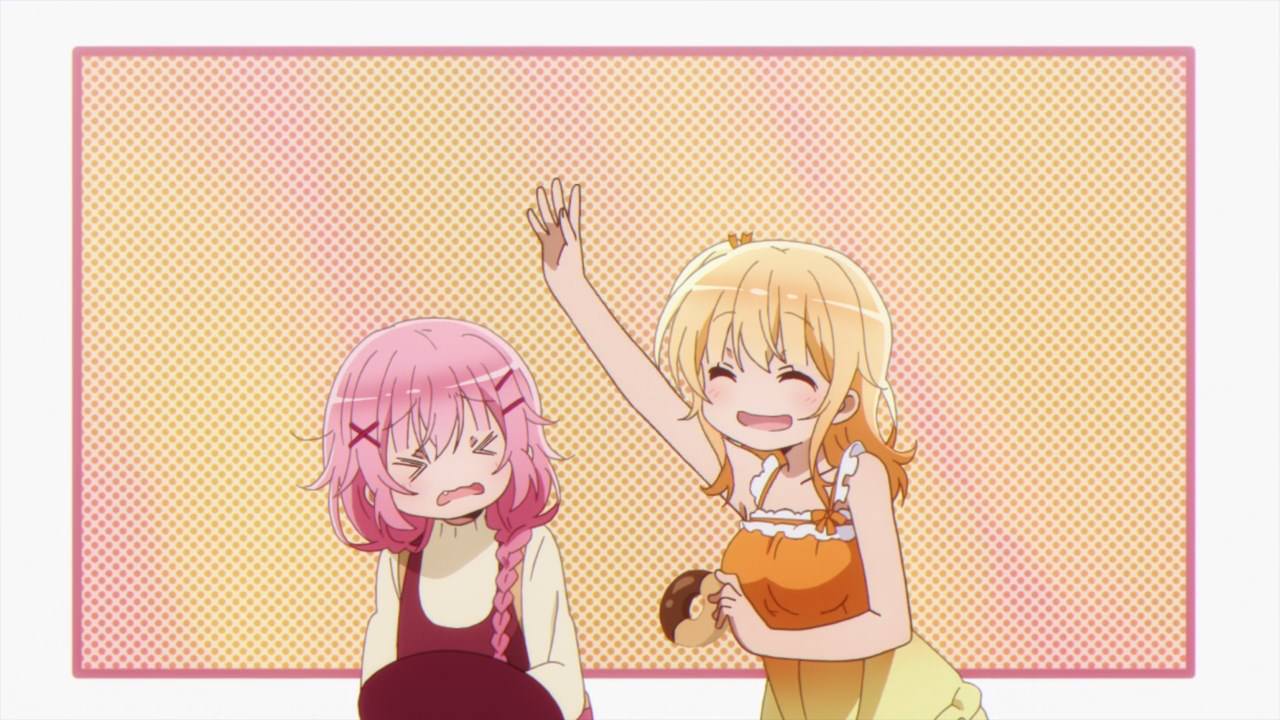 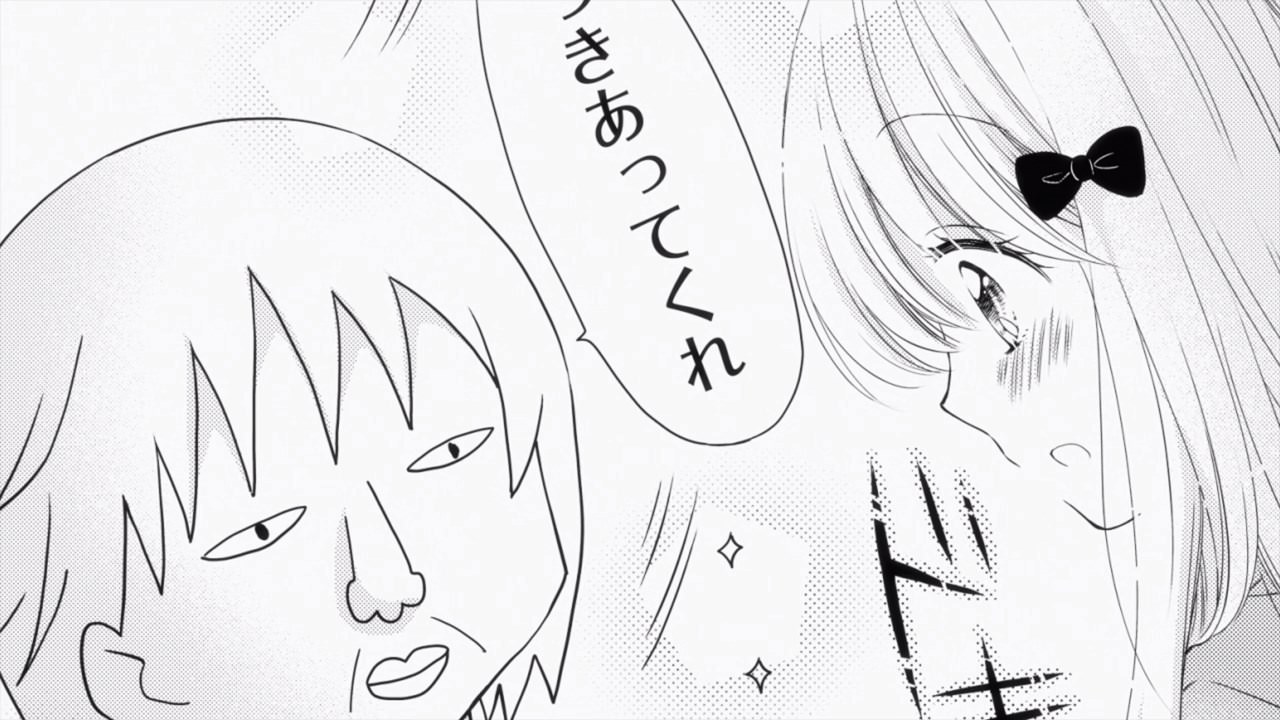 …and her ugly male character designs. Man, just look at that boy’s face, it’s ugly as hell! Would it be best if Koyume (or Koisuru Koyume) would just make if faceless so it’ll be like those male leads from various visual novels. 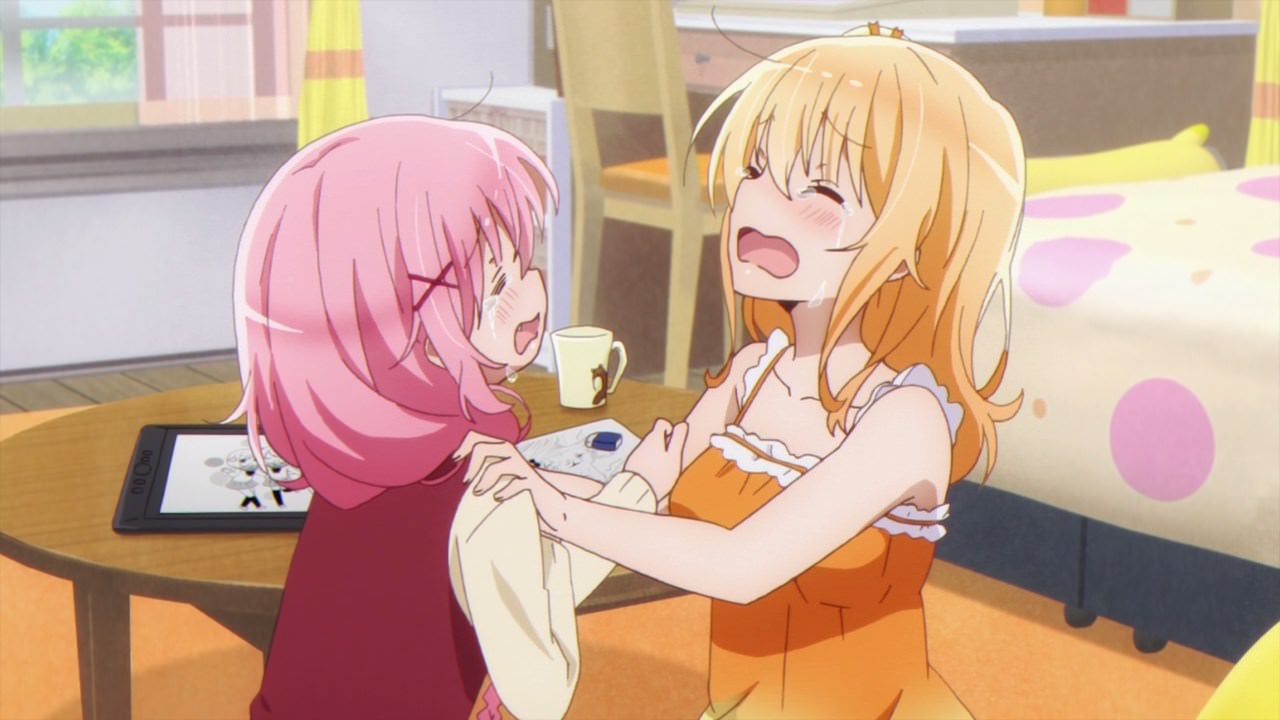 But because of this, Kaoruko felt pity towards Koyume that they started crying together. Um girls, there’s more room for you to improve so don’t be a downer there! 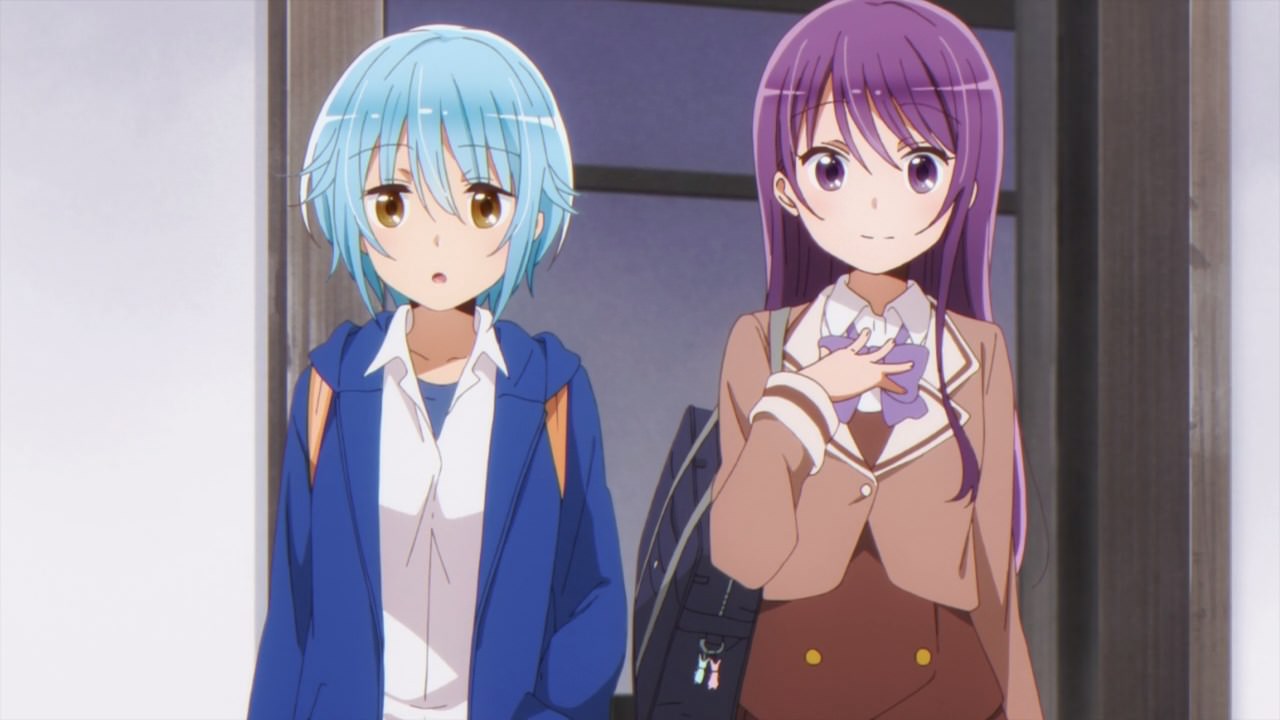 Fortunately, both veterans have arrived to help both Kaoruko and Koyume as Tsubasa Katsuki and Ruki Irokawa arrived at the dorm.

While Tsubasa is known for her shonen manga, Ruki is known for making lewd stuff, especially big-breasted characters despite Ruki (or Bakunyuu♥Himeko) having a A-cup size chest. 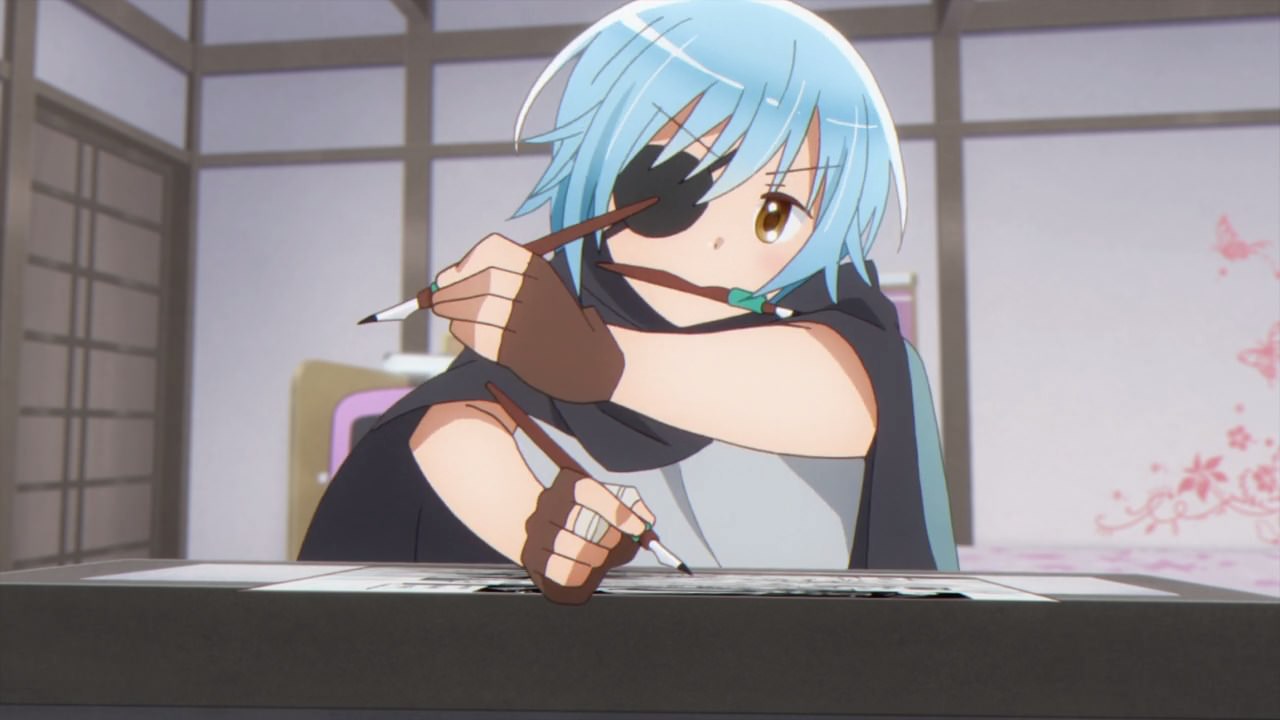 Speaking of Tsubasa (or WING V.), she sure loves creating shonen manga that Tsubasa holds three pen like a certain swordsman from One Piece.

Oh yeah, there’s a deadline coming up and Tsubasa will have to finish her manuscript so she needs some assistance. 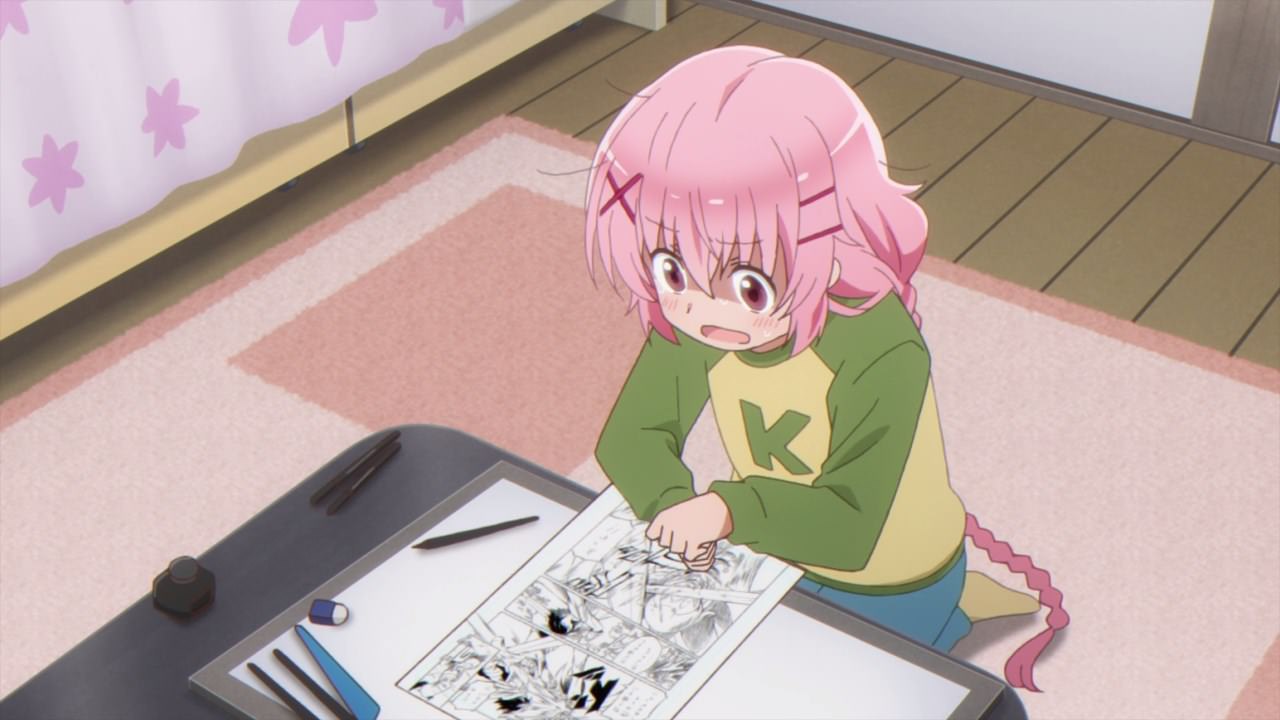 While everyone helped her, seems that Kaoruko is struggling to use a real pen since she got used to her tablet. But hey, it’s one of those steps that’ll make her get better on making manga.

Now then, I have to say that it was a decent adaptation by Nexus and I can’t wait to see what’s next for Kaoruko and the rest of the girls. Anyways, I’ll see you on the next episode!