Darling in the FranXX Episode #13 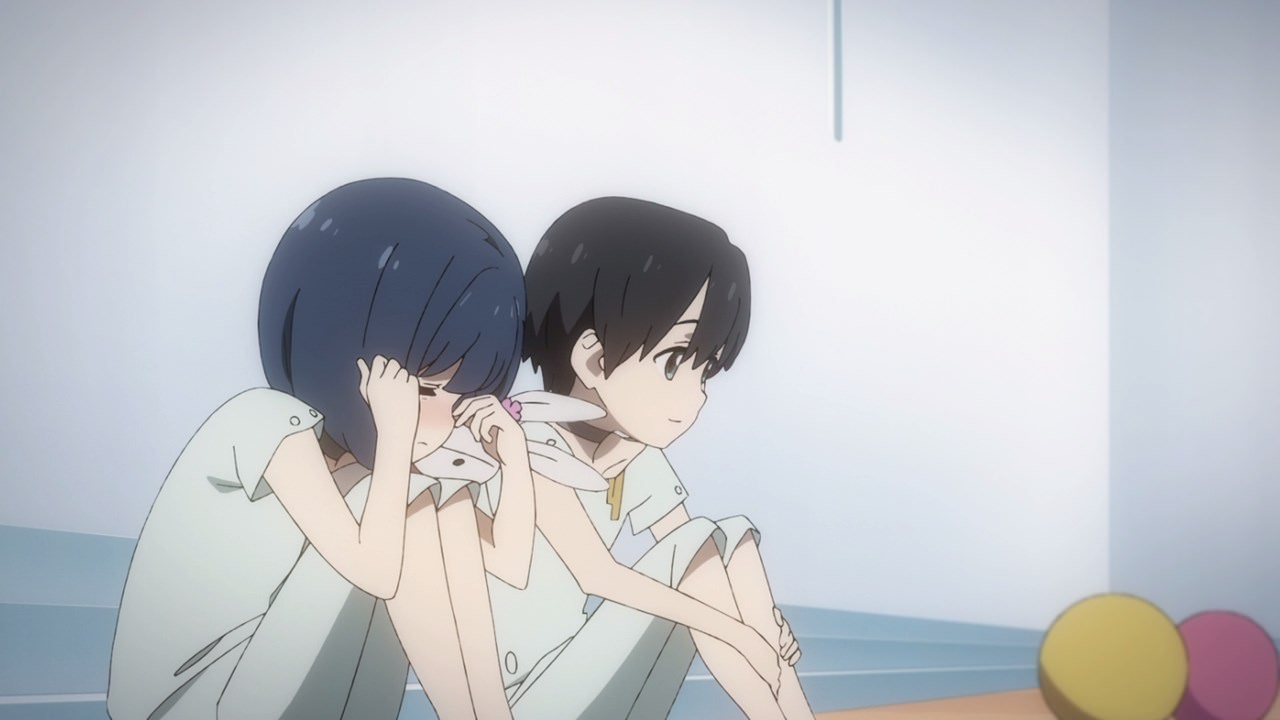 Well, this an interesting episode as while we go back to Code:016 “Hiro” and his childhood memories again, this episode dwell deeper into one of the events that changed his life but for some reason forgot about it. 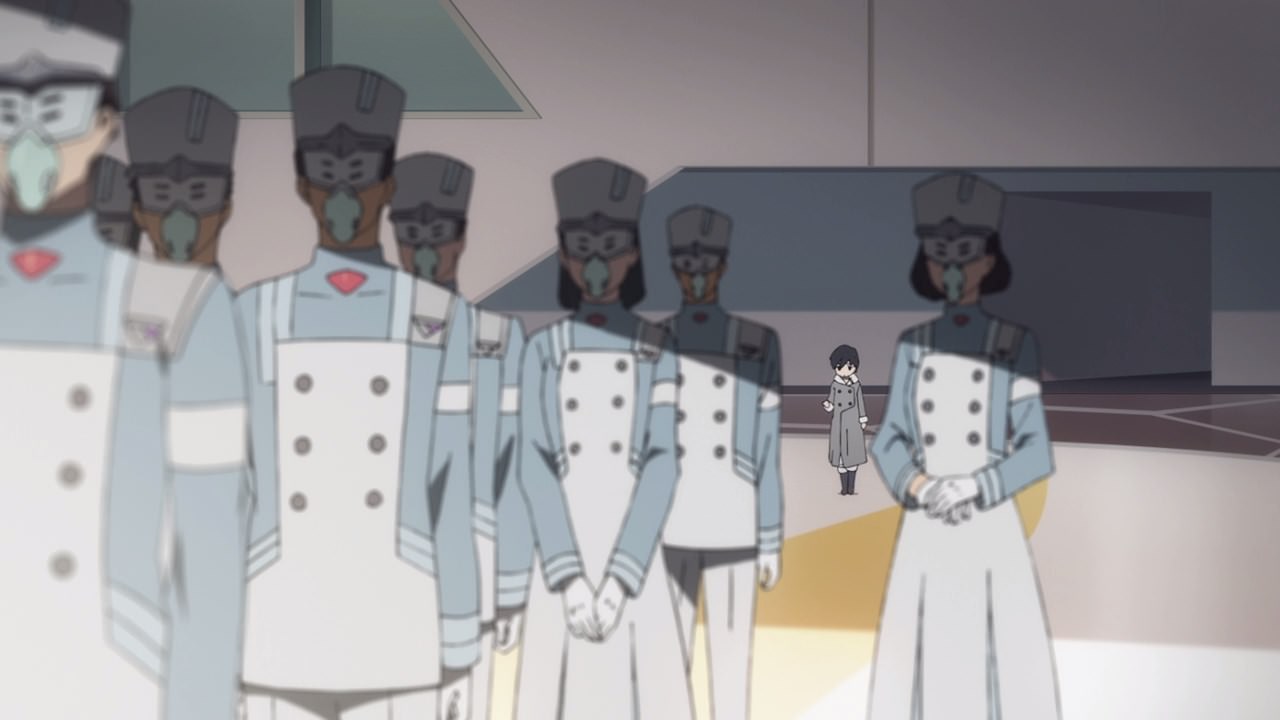 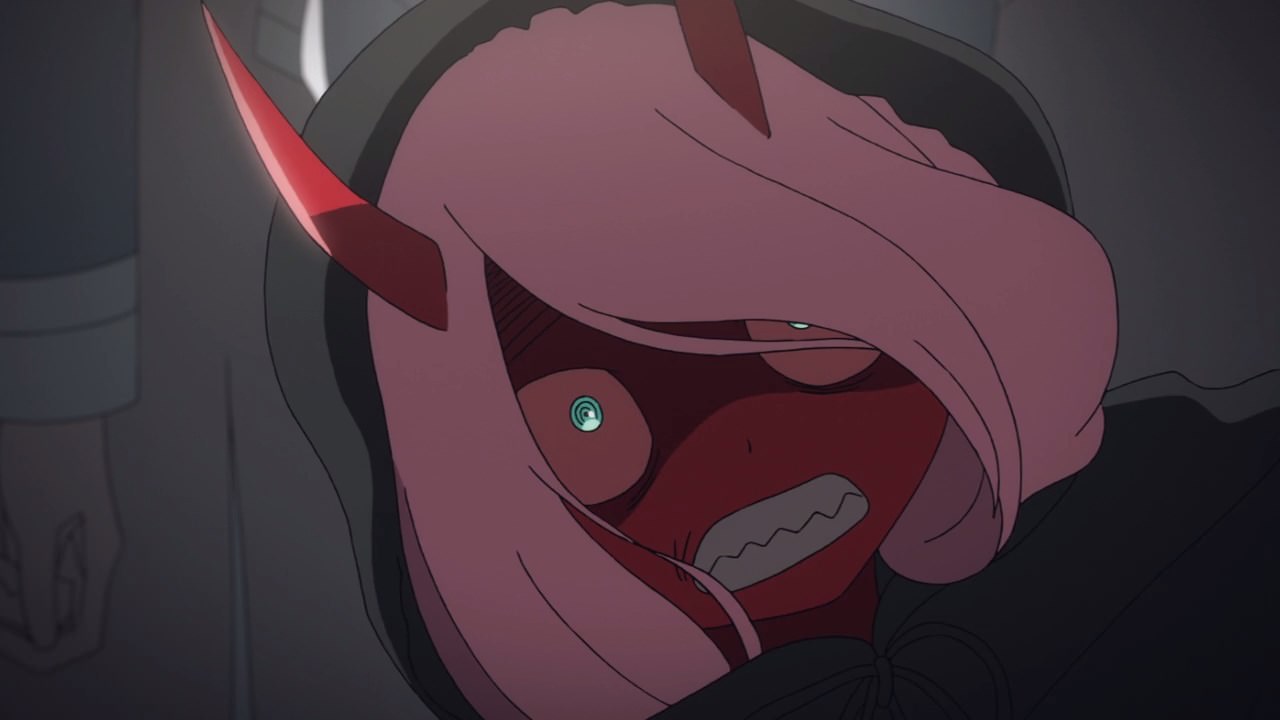 And that’s his first meeting with Code:002 who still has horns, but her skin is deep red. For the curious Code:016, it was a rare sight to see someone who’s different than the rest.

However for Code:002, it’s pure hell where she’s treated as a lab rat by Dr. Franxx and his team of scientists who are curious to see a half-klaxosaur/half-human hybrid. Speaking of Dr. Franxx, I feel that he’s somewhat evil in regards to his treatment towards Code:002. 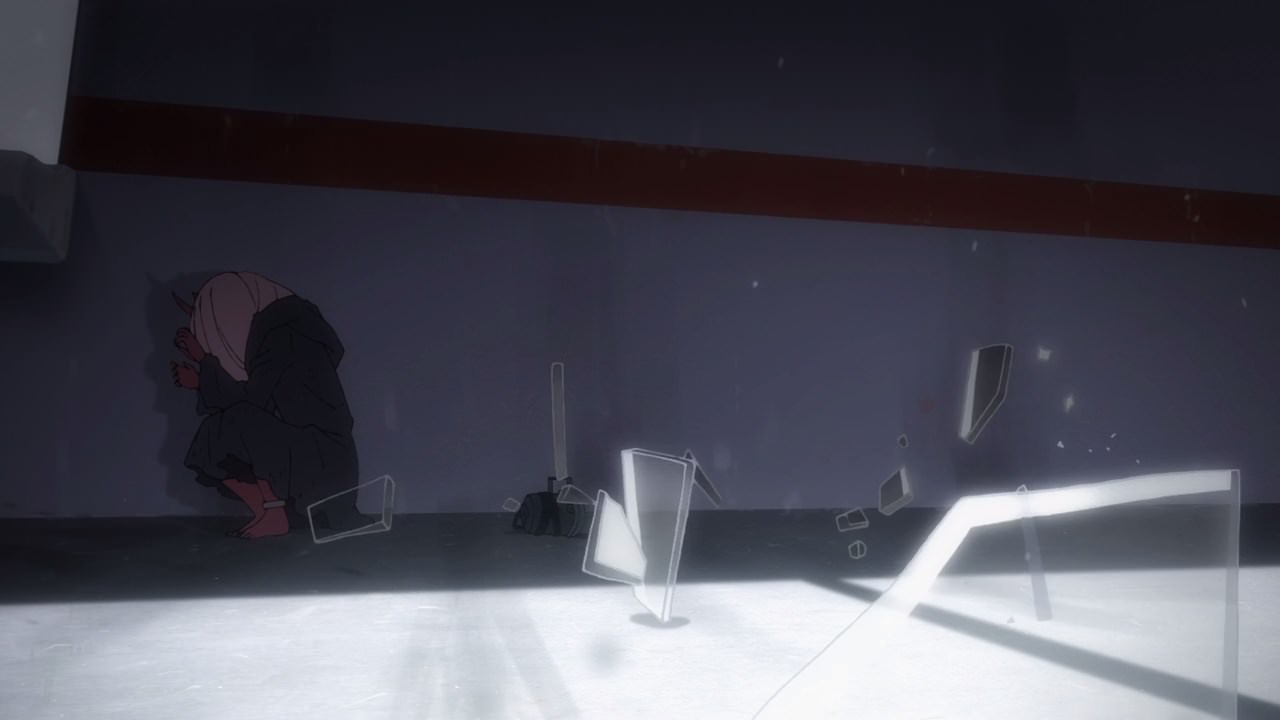 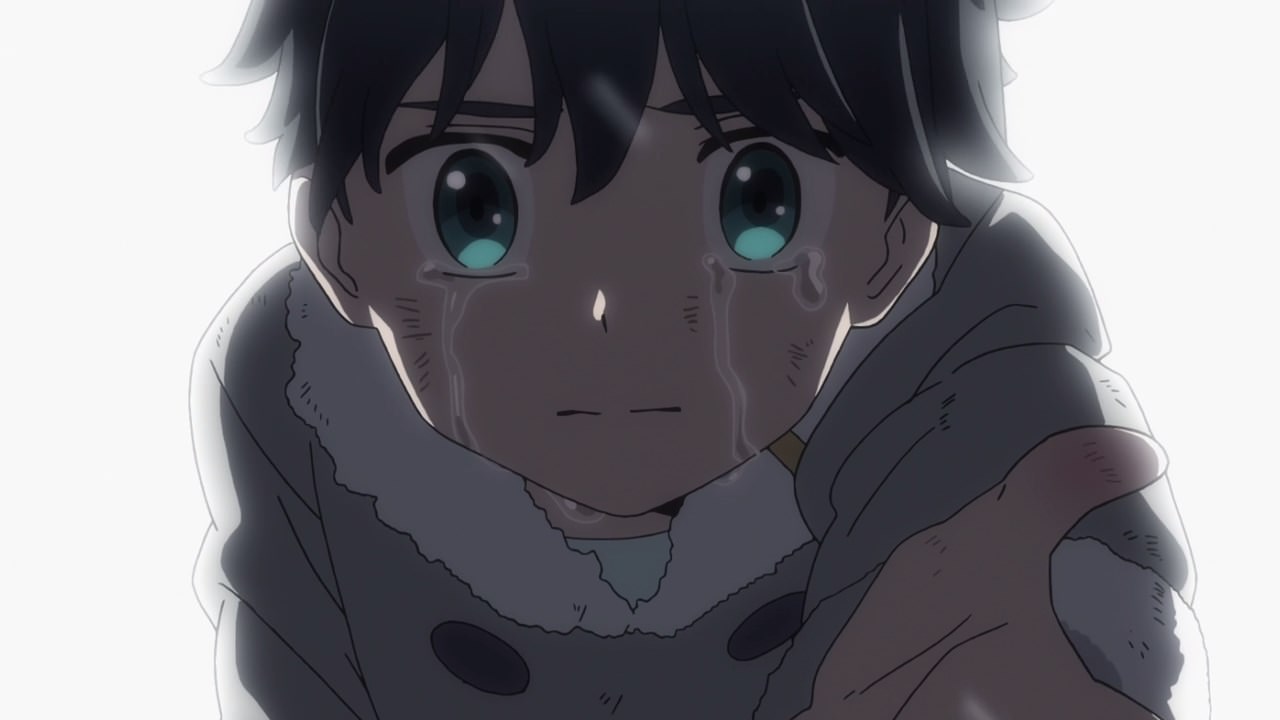 But anyways, Code:016 “Hiro” decided to take Code:002 outside the Garden because he doesn’t like seeing her getting hurt. 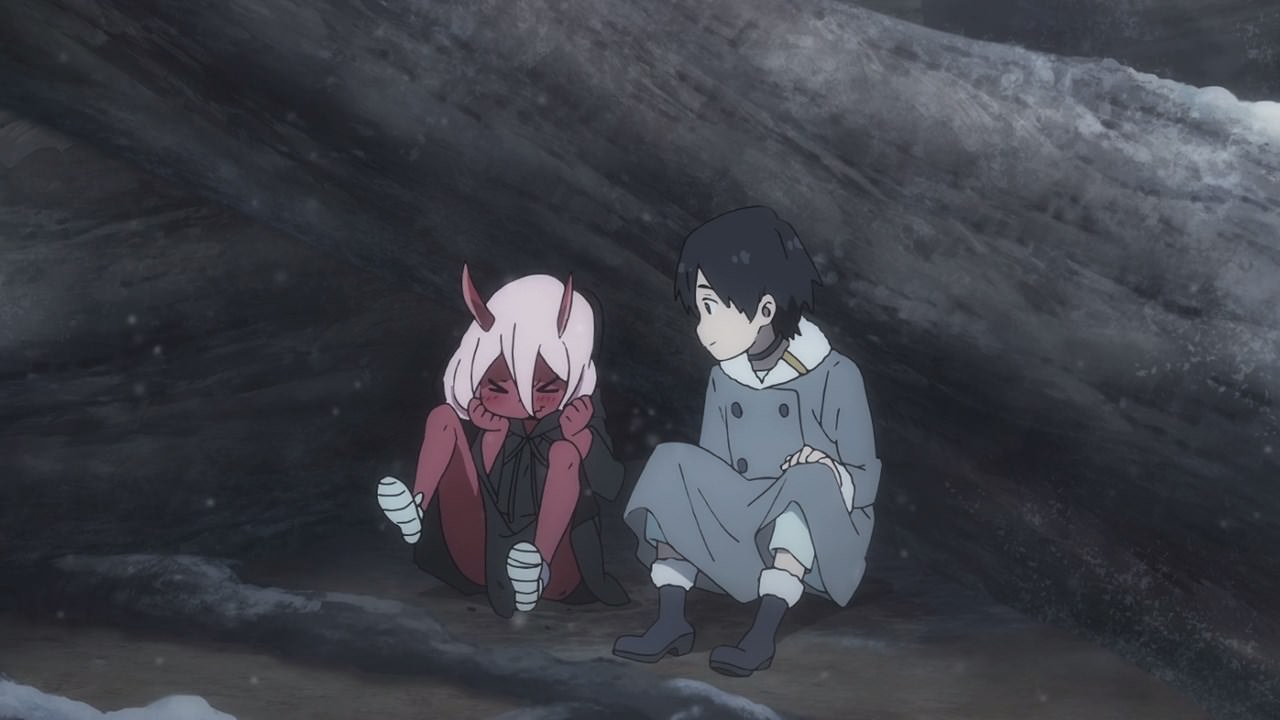 With that said, Code:016’s short time spent with Code:002 is very memorable where Hiro gave Code:002 a name called “Zero-Two”, gave her candies to eat, and read her favorite picture book called “The Beast and the Prince”.

Speaking of Zero-Two’s story, I feel that it parallels to her favorite picture book where she fall in love with a human prince (like Hiro) and wanted to become a human herself. 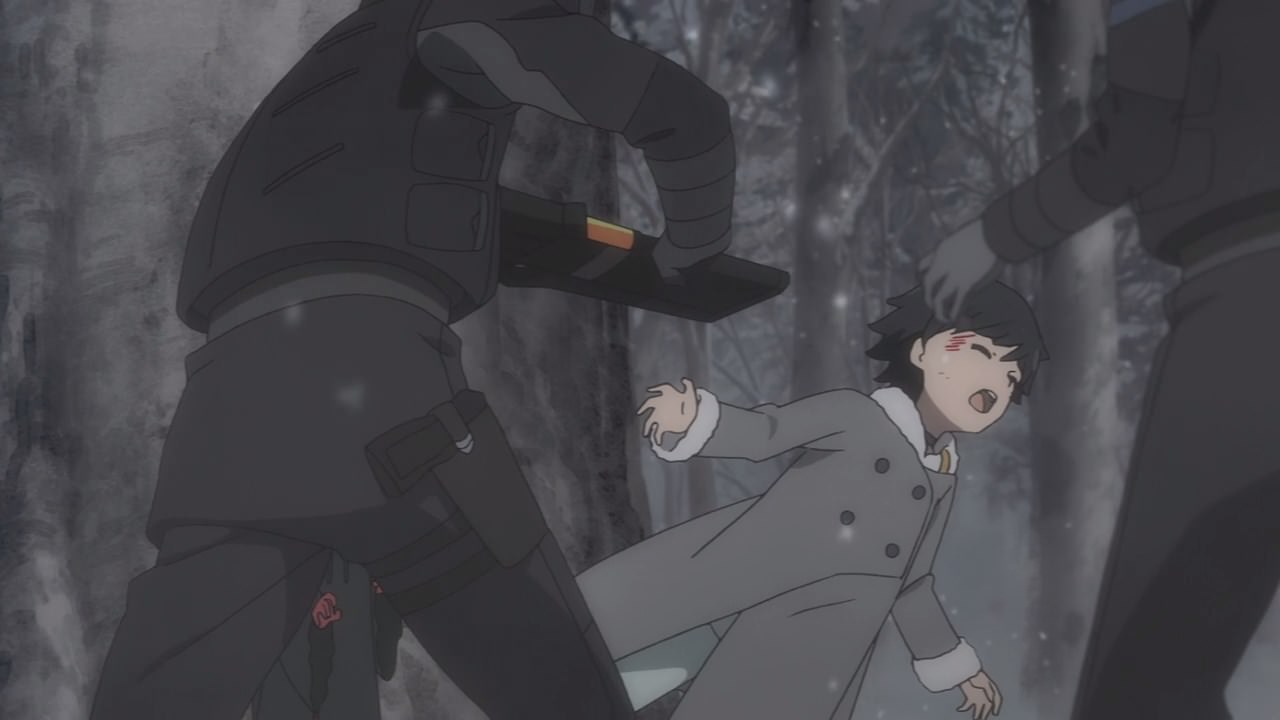 Sadly, their meeting was short-lived as the adults from APE apprehended both Code:016 and Code:002. Hiro’s memories were wipe so that the existence of Zero-Two will remain a secret, it’s no wonder why he forgot the promise he made with Code:326 “Mitsuru”.

Blame the adults for making Code:016 “Hiro” a mediocre parasite. But on the flip side, he was not thrown out by Papa and his council because his reunion with Code:002 “Zero-Two” has made Hiro relevant again! 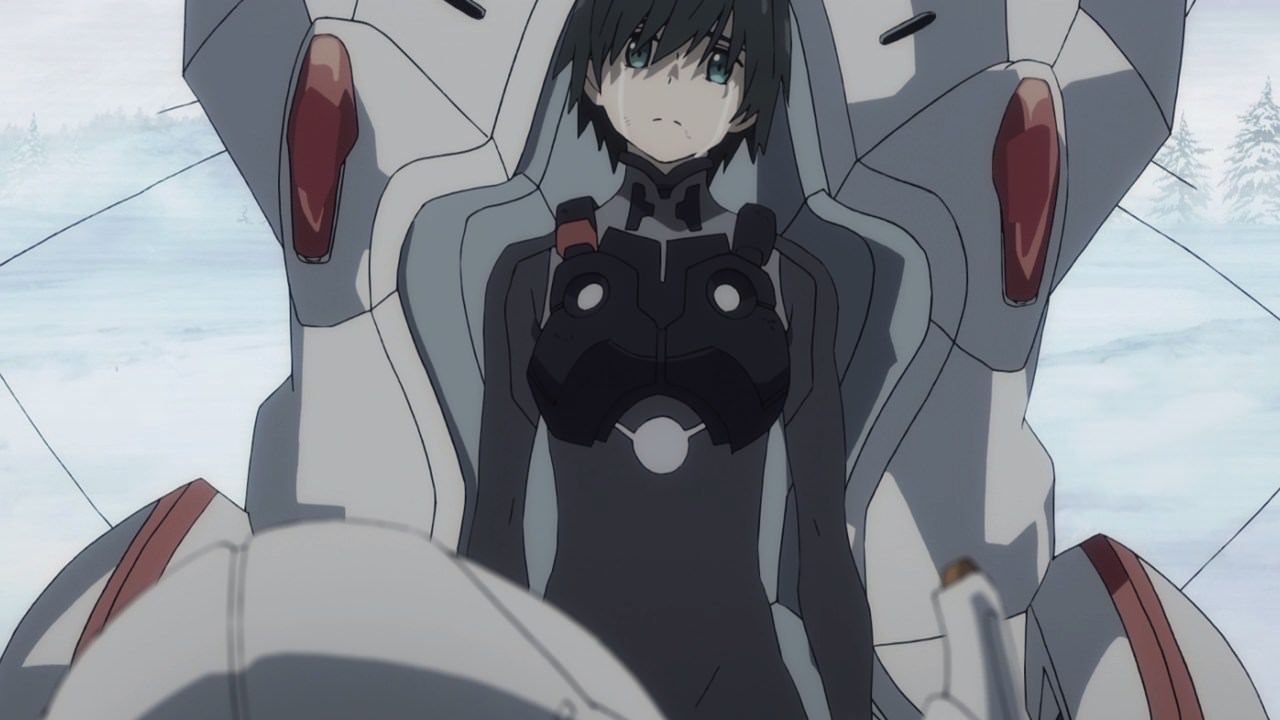 Now then, let’s go back to the present as both Code:016 “Hiro” and Code:002 “Zero-Two” are on a mission as usual. And like in the previous episode, Zero-Two goes into a frenzy and starts killing those klaxosaurs in order to become a human.

So while Hiro tried to calm Zero-Two down, he failed to do so as Hiro is being strangled by his pistil. But because of that mishap, Code:016 “Hiro” managed to remember his childhood memories spent with Code:002 “Zero-Two” and he felt happy to see her again for a long time. 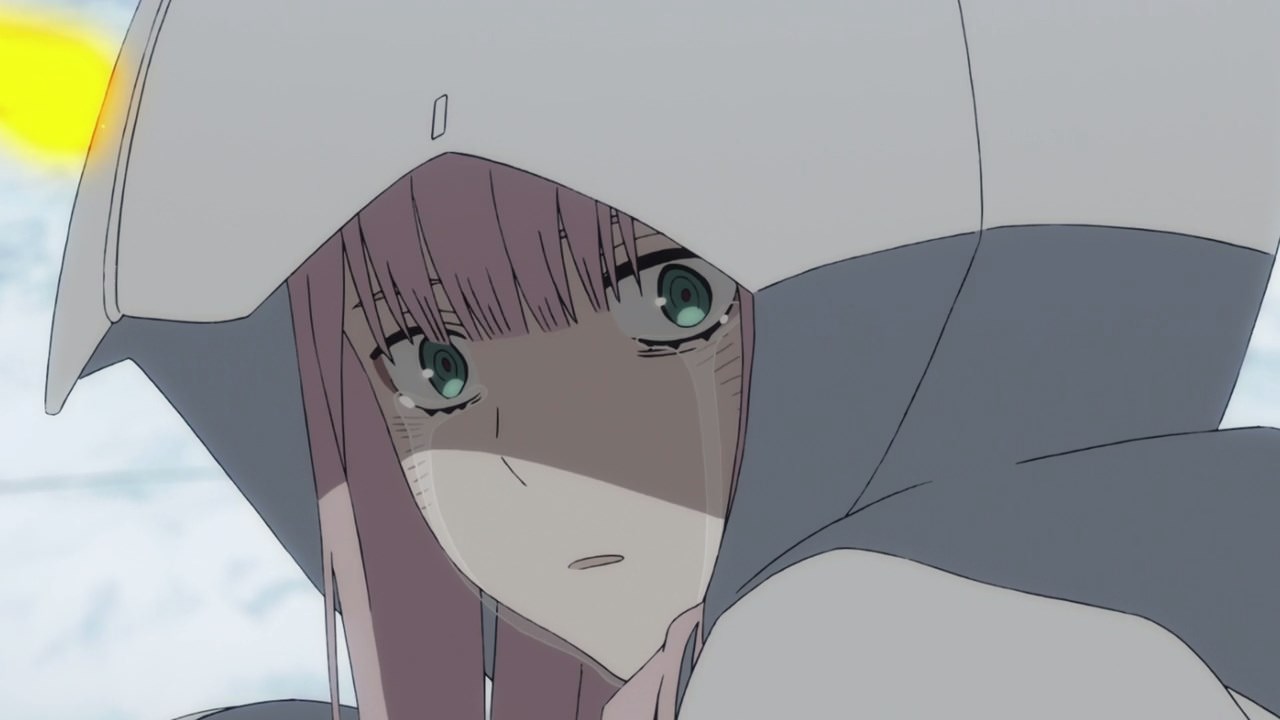 Oh, even Zero-Two is crying that Hiro finally remembered the day the met at the Garden years ago. Of course, what’s gonna happen to them now that Hiro’s memories are back?

With that said, this is the point that Darling in the FranXX will go into another directions. It’s no longer about kids fighting the klaxosaurs, but rather that the likes of Hiro and Zero-Two will try to free themselves from Papa’s clutches because at this point, APE might be the real monsters that must be defeated.