Legend of the Galactic Heroes: Die Neue These Episode #01 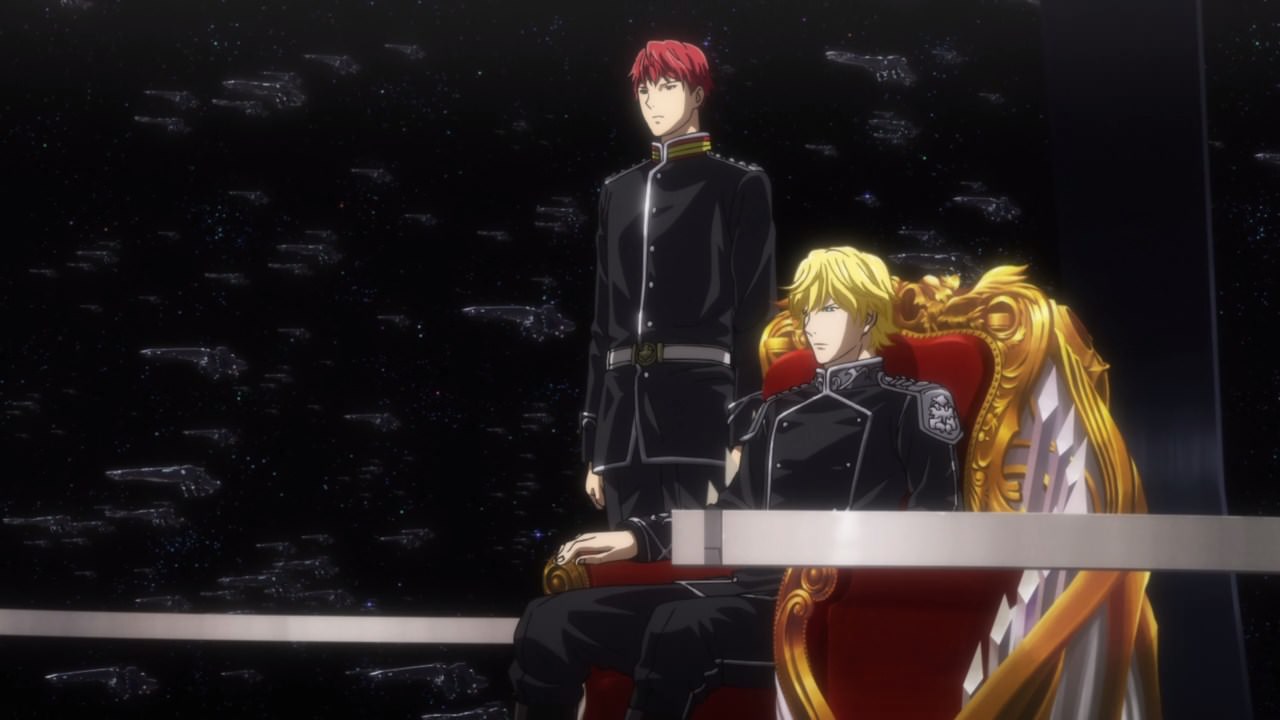 Ladies and gentlemen, I present you a new adaptation of the classic sci-fi novel series called “Legend of the Galactic Heroes”. While there’s the classic OVA series that spawned over a hundred episodes, this one is created for modern audience who are relatively new to the series, myself included. But the gist of it is that two superpowers emerged and fought in an endless war. Of course, there’s another superpower called the Dominion of Fezzan, but that exist as a neutral entity as the only superpowers that are important for this story are the Galactic Empire and the Free Planets Alliance.

Anyways, the Galactic Empire led by High Admiral Reinhard von Lohengramm are in a situation where his fleet are outmatched by the enemy. Accompanied by Captain Siegfried Kircheis, High Admiral Lohengramm will show his fellow commanders that the Empire can win this battle. 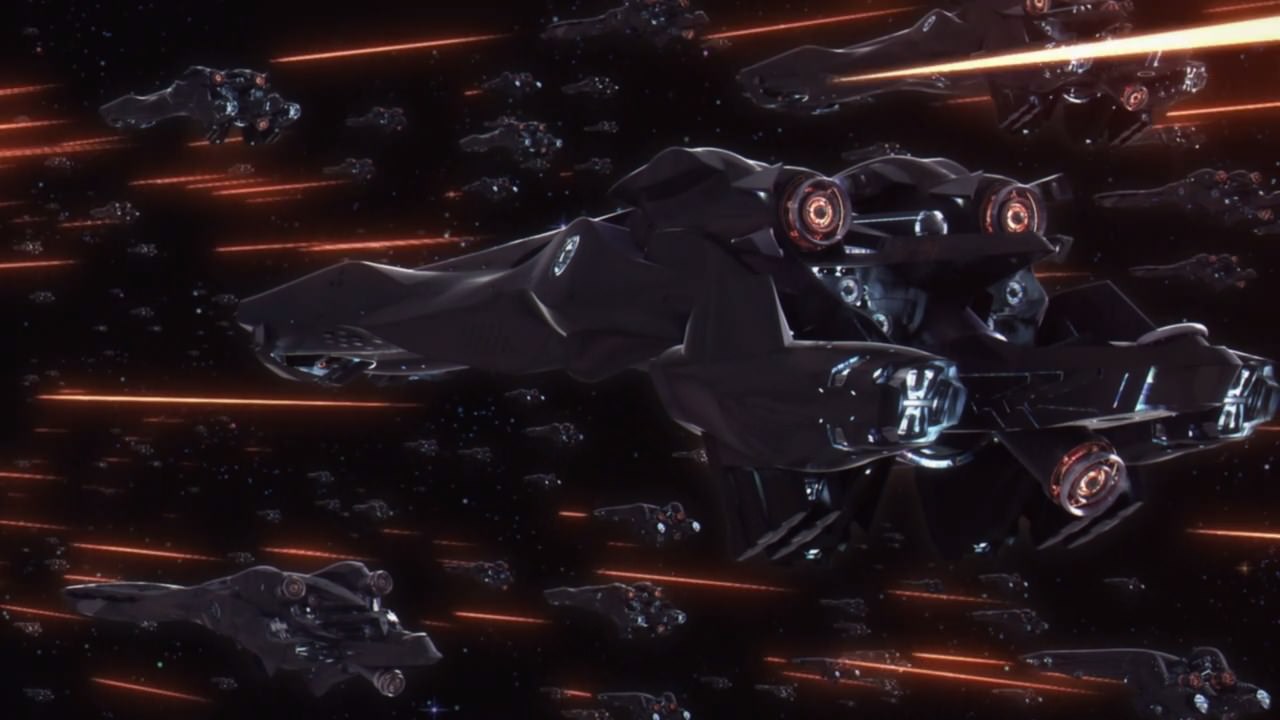 And the only way to beat the Free Planets Alliance is to exploit their incompetence by jamming their communications and data systems in order for their shields and other defenses to cease functioning. 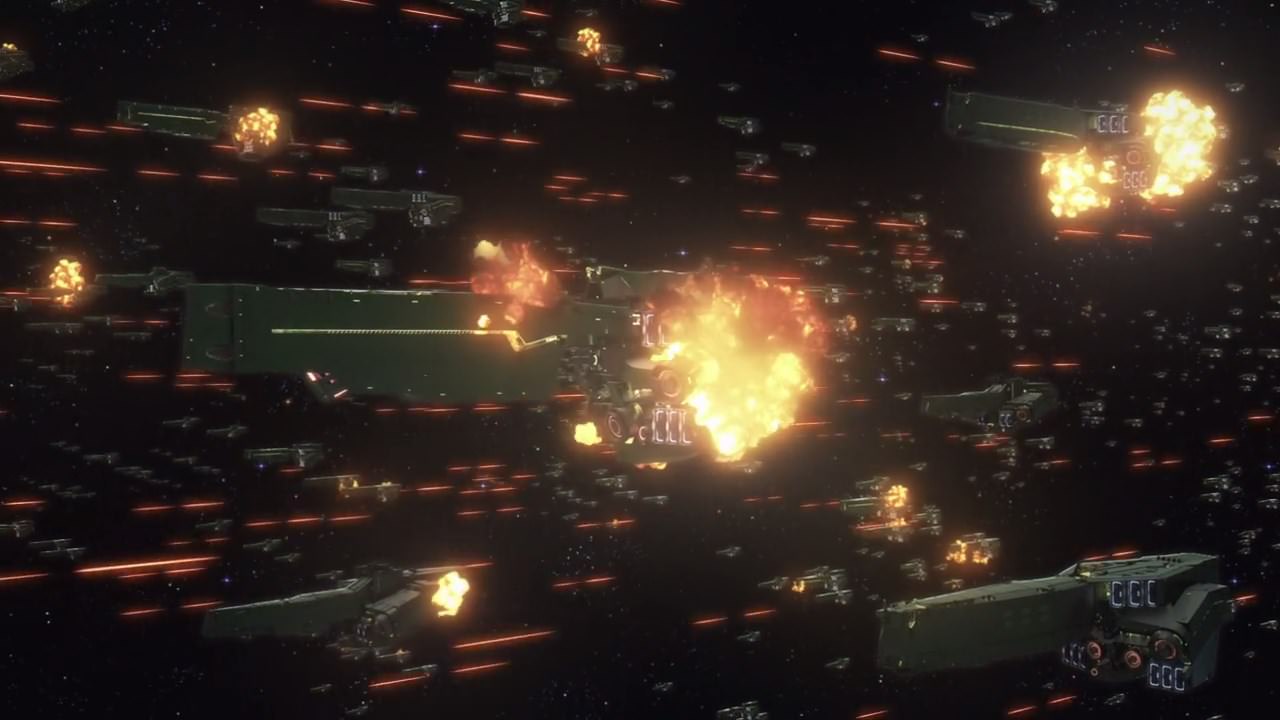 Because of this, the 3 biggest fleet from the Free Planets Alliance were crushed within minutes and most of the commanders are slow to react.

With that said, the Galactic Empire gained an advantage and while most of the commanders like Vice Admiral Staden call it a fluke, others like Rear Admiral Adalbert von Fahrenheit are impressed by High Admiral Lohengramm’s strategy. At this point, the Free Planets Alliance will have no choice but to accept defeat. 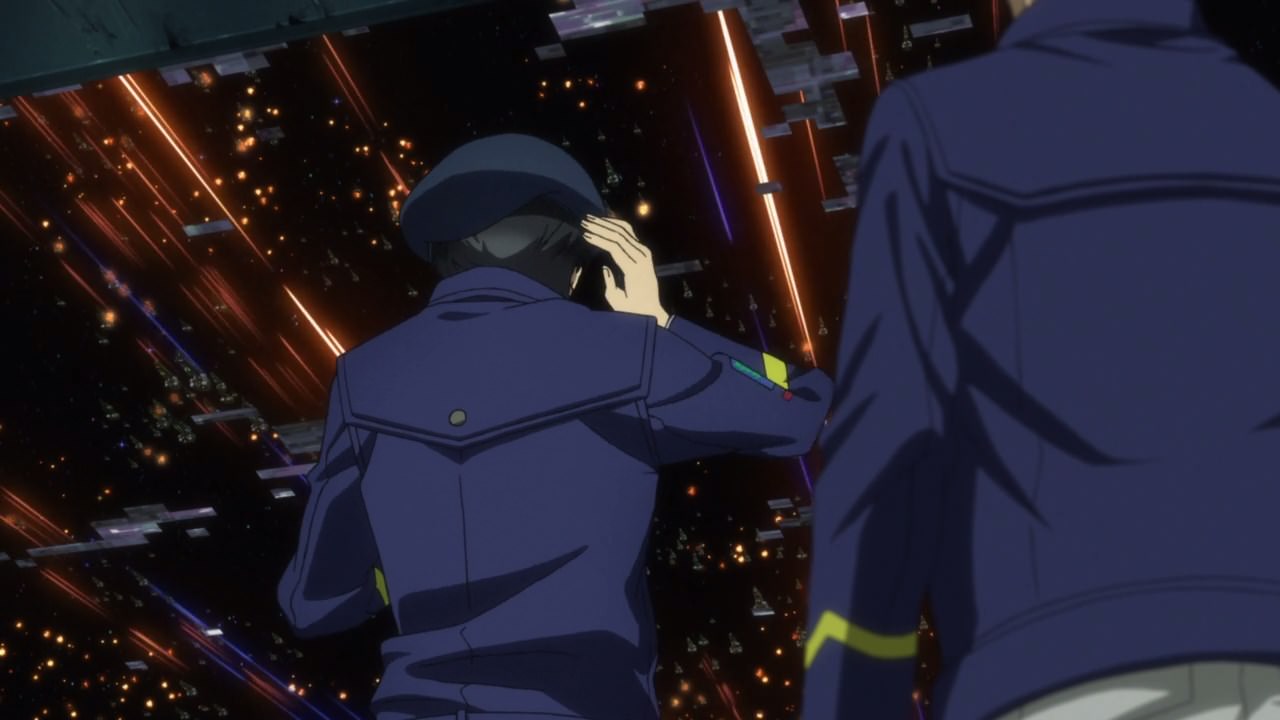 But in a midst of this chaos, one man emerged to turn the fortunes around for the Free Planets Alliance. This is Yang Wen-li and he’ll be taking command over the remaining fleet on the next episode.

Now my first impression for this new adaptation of a classic sci-fi novel and I must say that Production I.G did a good job so far. It’s a good show if you’re into war dramas and/or hard sci-fi, but be warned on tackling LoGH as much like the original OVA series, this new iteration will be hard to follow as you must take account with various characters from both sides because Legend of the Galactic Heroes has lots of them.

Well then, I’ll see you next time as I can’t wait to see the Free Planets Alliance’s side!

1 Response to Legend of the Galactic Heroes: Die Neue These Episode #01