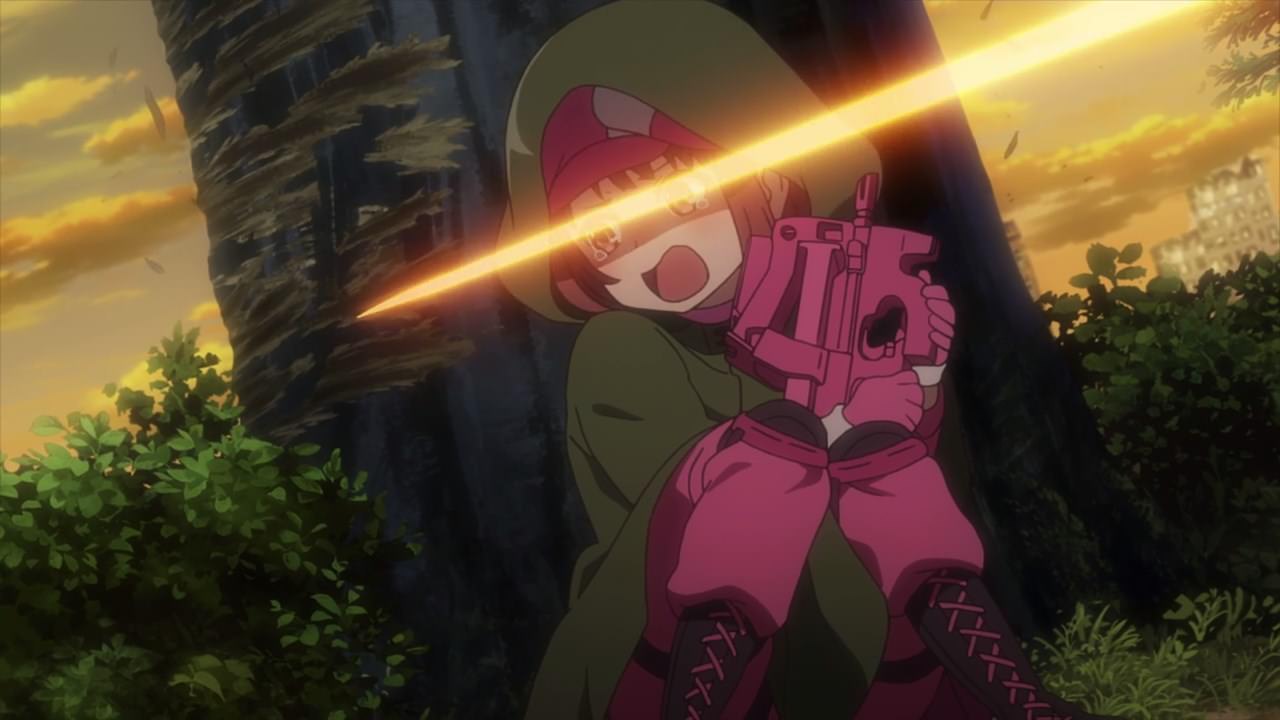 Well everyone, here’s the spin-off to Sword Art Online and it’s not made by A-1 Pictures, but the visuals are close to the main series as 3Hz gives you SAO Alternative: Gun Gale Online, which is an adaptation from a spin-off novel by the author of Kino’s Journey Keiichi Sigsawa.

So right off the bat, we have our cute protagonist named LLENN as she thrust into a tournament called Squad Jam which unlike Bullet of Bullets, it’s a team-based tournament. Unfortunately for LLENN, she’s stuck between a rock and a hard place…

…as LLENN is being peppered by goons with machine guns. I feel bad for our cute protagonist who is wearing pink overalls and wielding a pink P90 to match her colors. 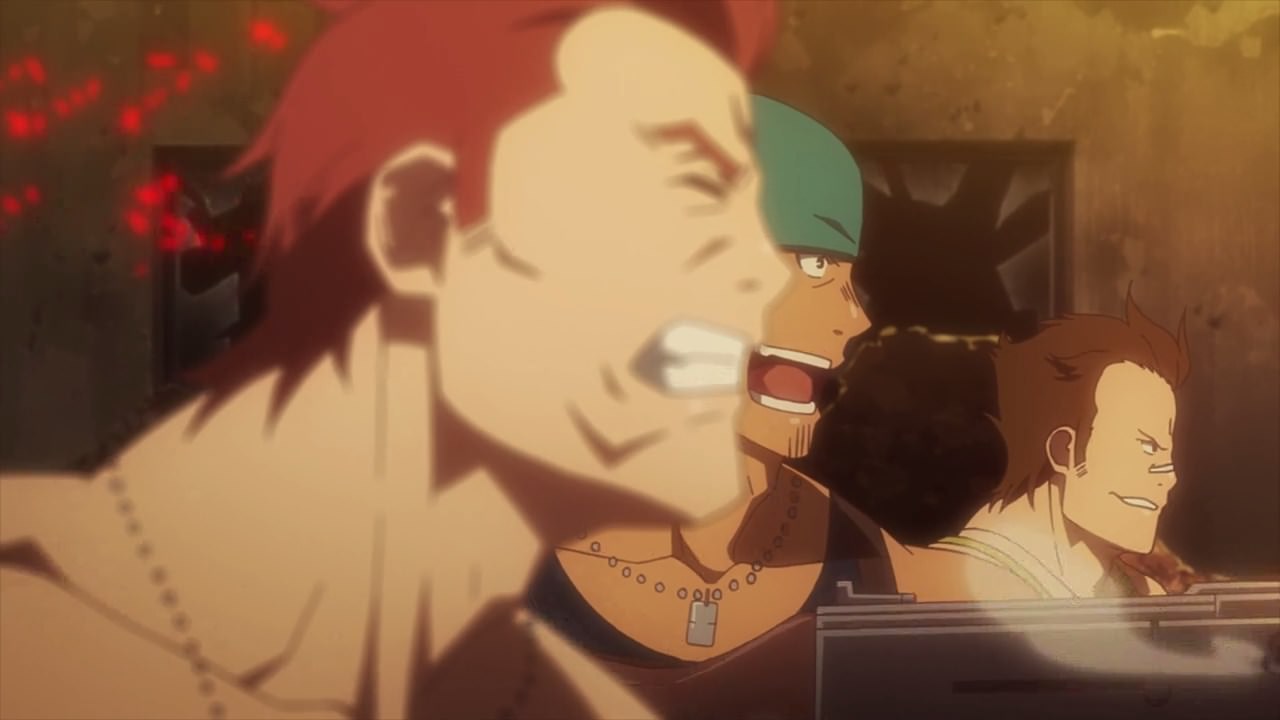 Fortunately for LLENN, those goons got sniped from afar and most of them will be sitting ducks. 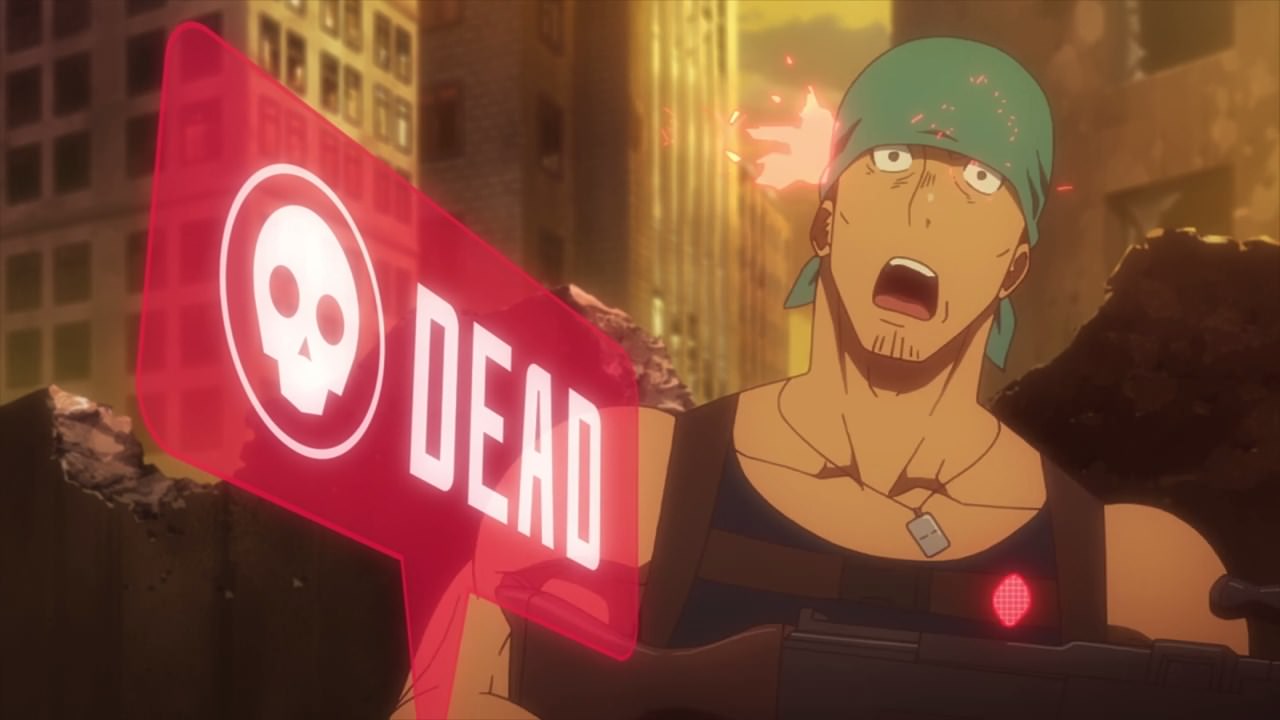 But wait a minute, should LLENN supposed to have a teammate since this is a team-based tournament right? 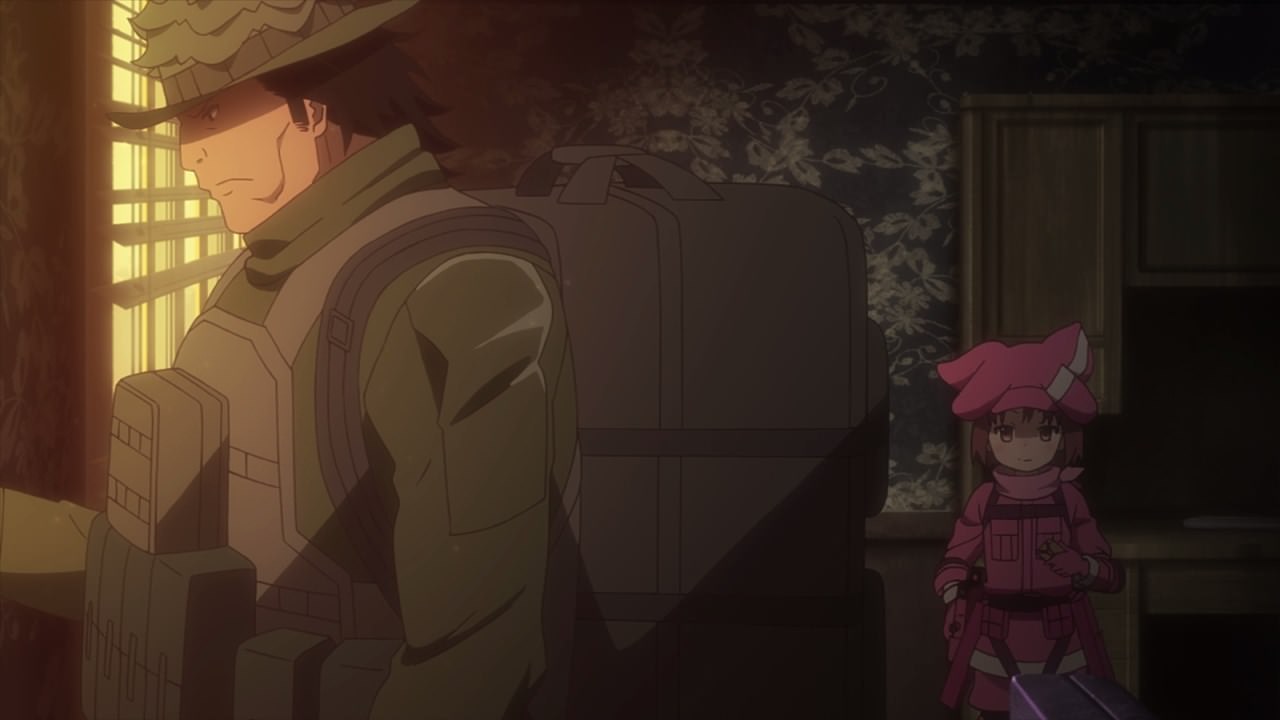 Well, LLENN has one in the form of M, a sniper who knows the situation very well as if he’s a war veteran.

Speaking of war veterans, M deducts that he and LLENN are facing a team of combat professionals or enlisted soldiers. 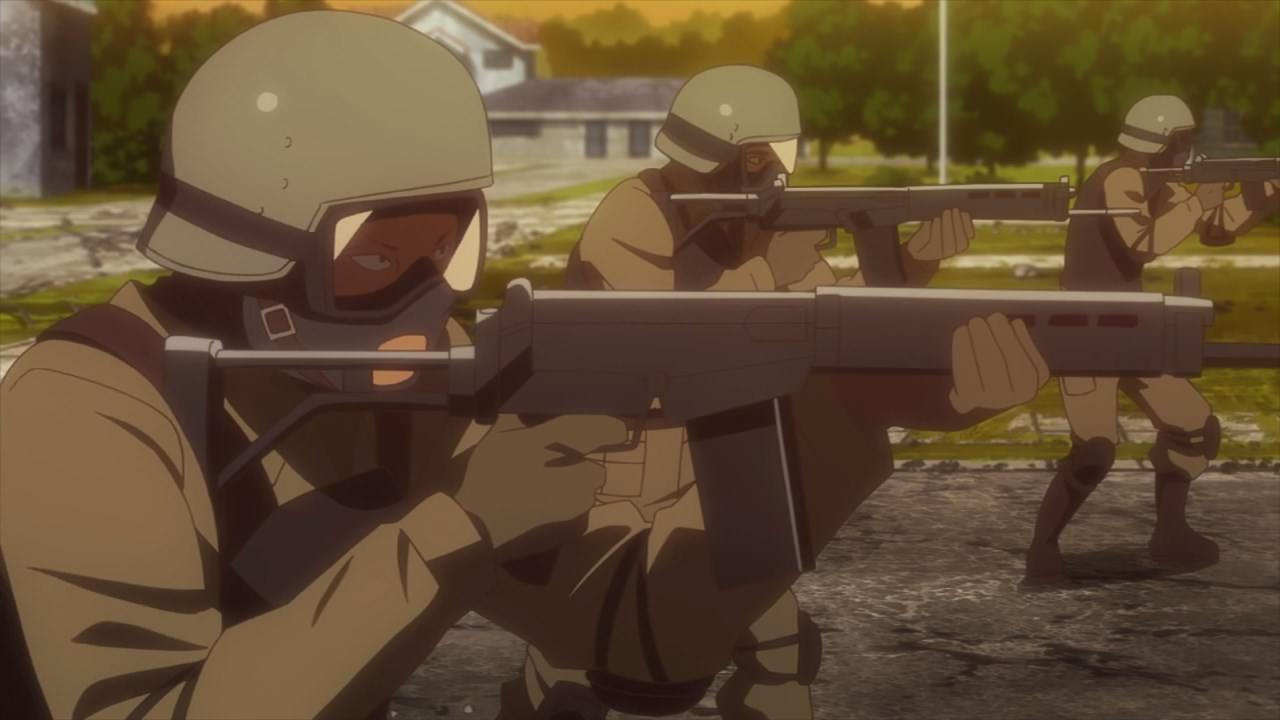 And you know what, he’s right as Squad Jam has a team made up of active personnel from the Japanese Self-Defense Forces.

For LLENN, it’s ridiculous to have pros stomping the amateurs in GGO but for M, it’s a fair game as they’re here to play as part of their training exercise. 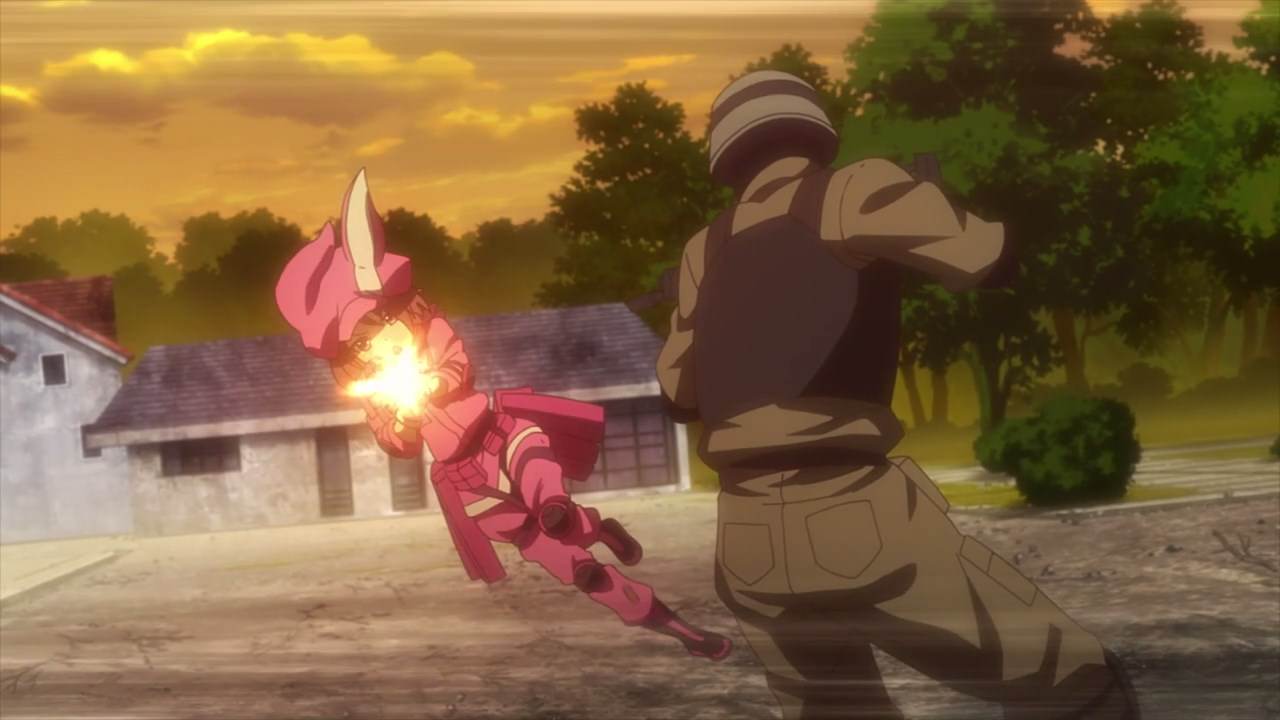 In any case, LLENN decides to make a surprise attack against these combat pros. Of course, they’ll defeat her with proper teamwork right? 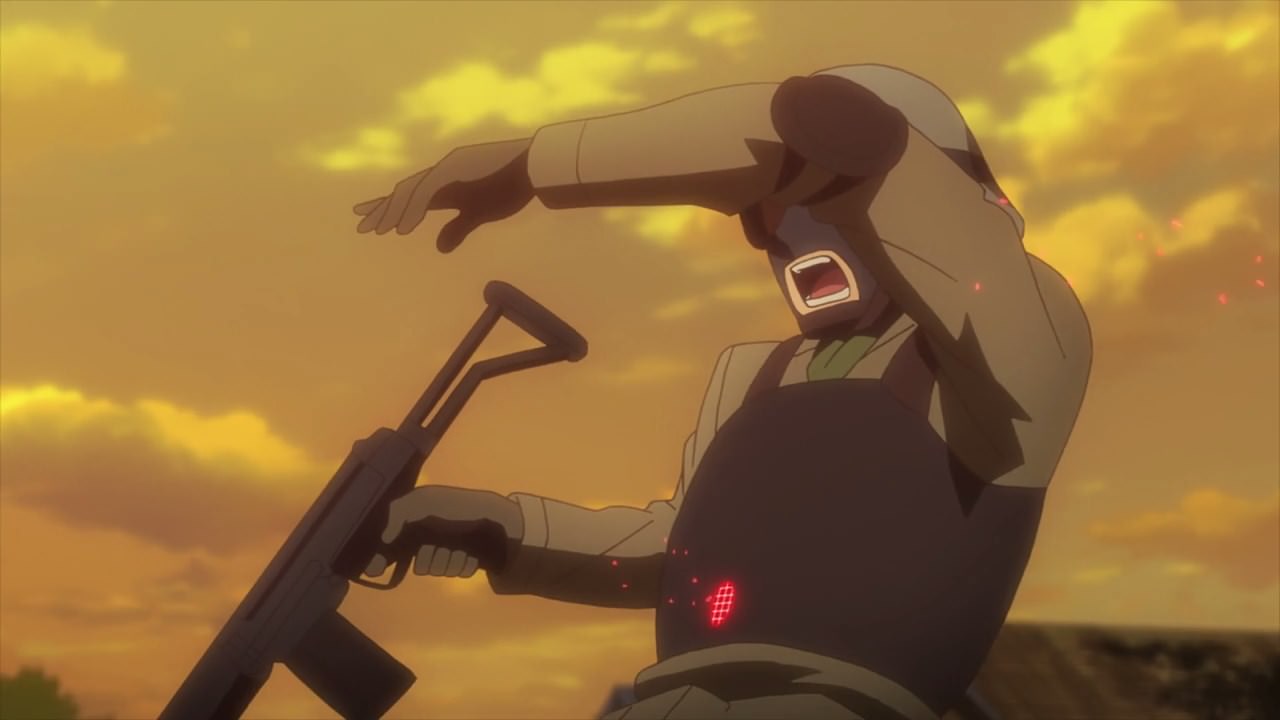 Unfortunately for the JSDF team, seems that they didn’t saw it coming that LLENN is faster than them as these professionals got peppered with FN 5.7×28mm bullets with 4 of them dead.

At this point, the JSDF team decided to resign because for them, it’s just another combat exercise so it’s not a loss there! 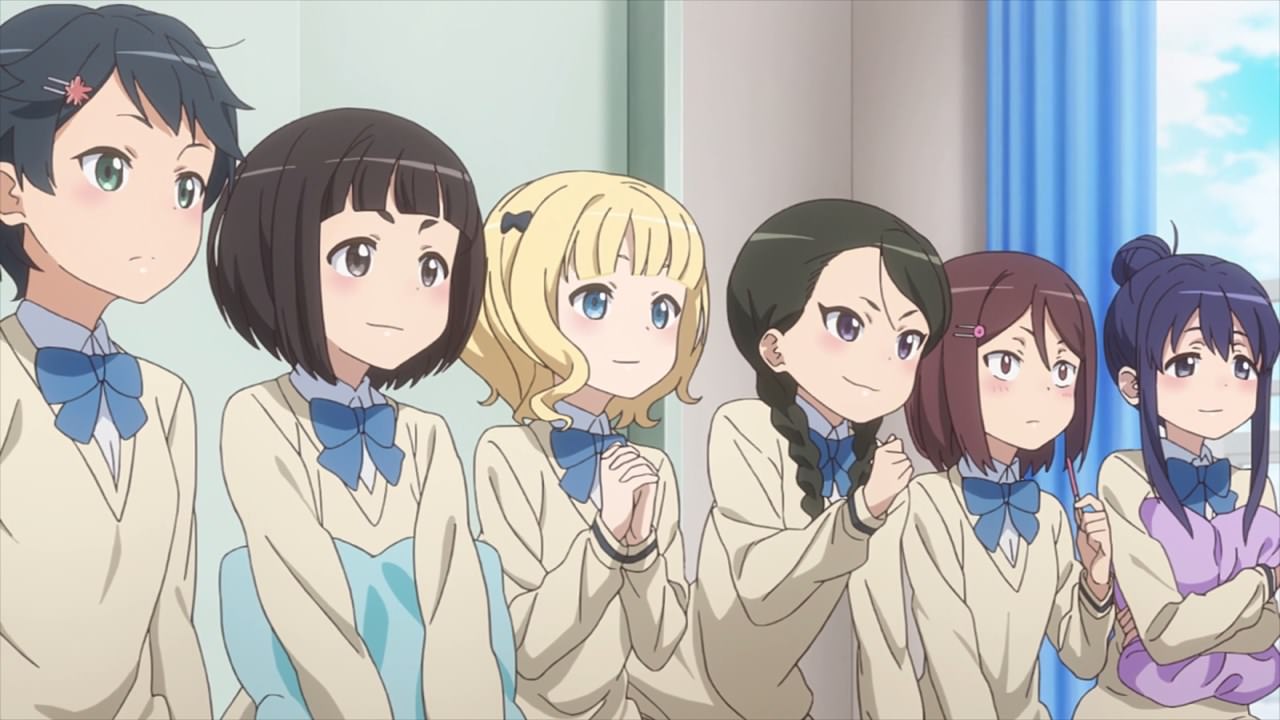 Meanwhile in the real world, looks like the girls are happy that LLENN made a bold move against the combat professionals. Then again, I wonder who LLENN really is outside GGO?

But anyways, it was a fun 1st episode of this spin-off to Sword Art Online. I can’t wait for the next episode to see the real identity of LLENN.