Legend of the Galactic Heroes: Die Neue These Episode #02 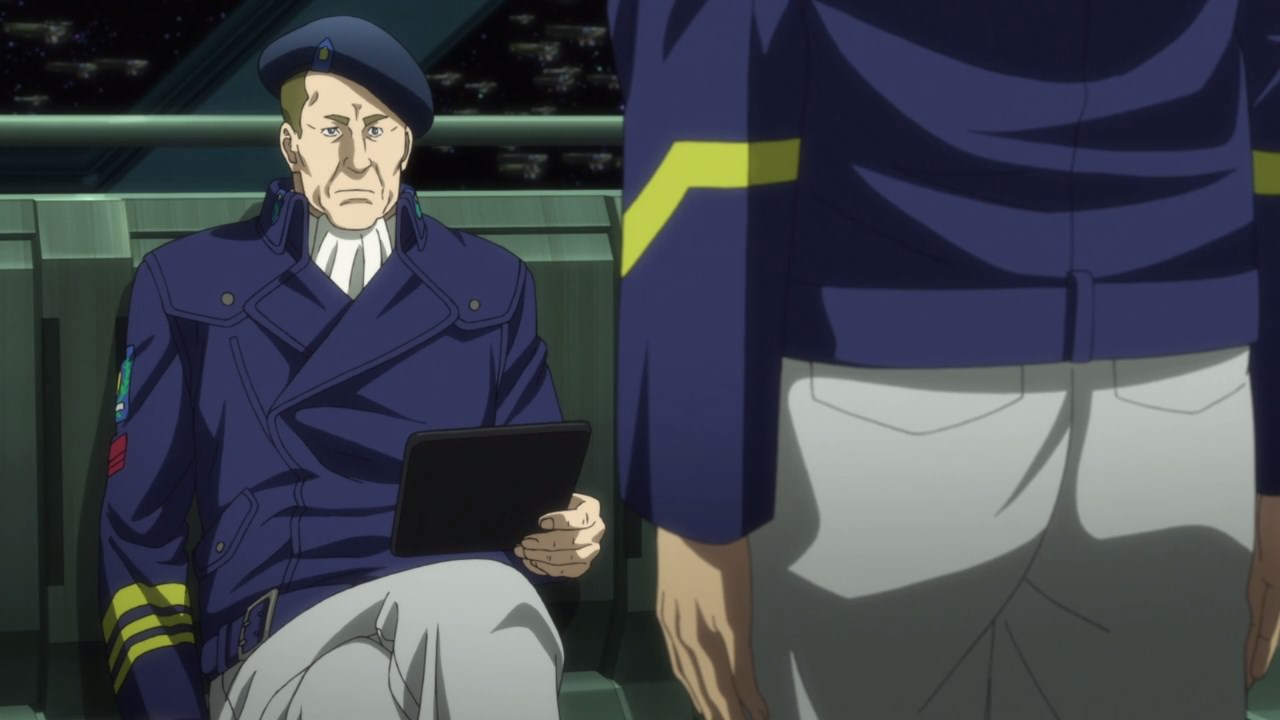 Now let’s move onto the Free Planets Alliance where Vice Admiral Paetta of the 2nd Fleet told a certain commodore that his proposal would not work as Paetta’s reasoning is that the Alliance has the advantage when it comes to numbers against the Galactic Empire. 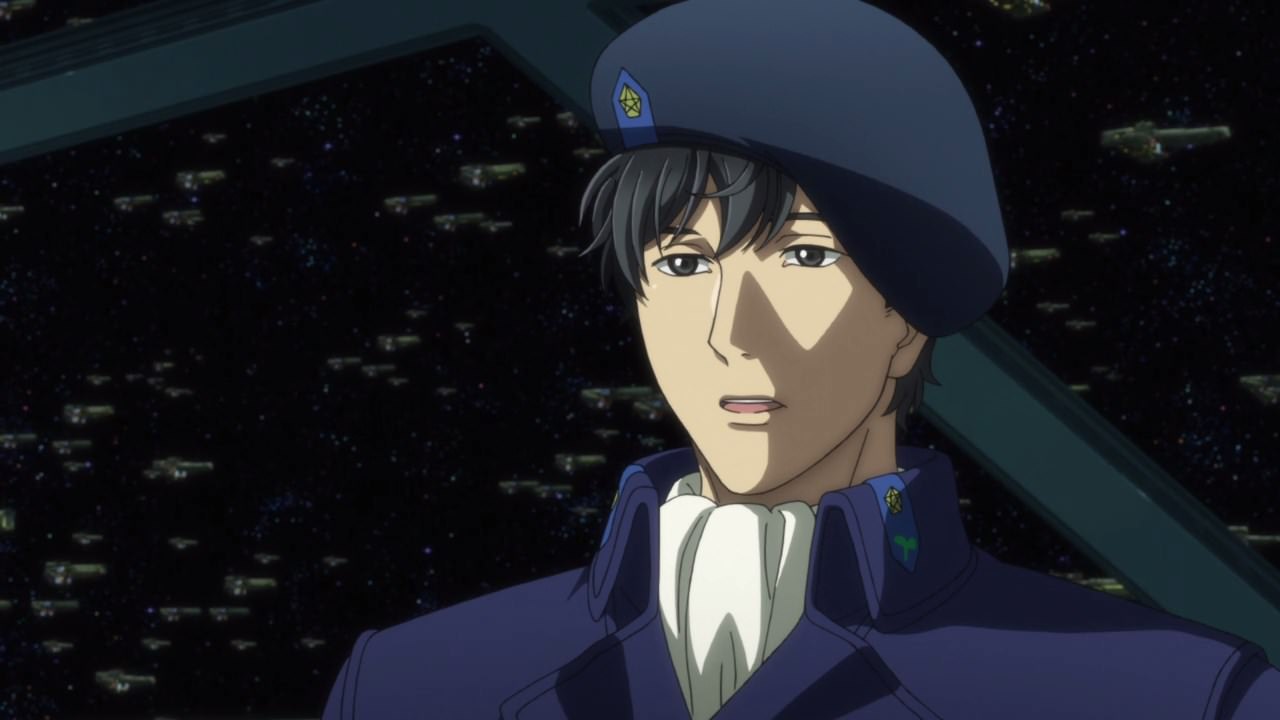 Said commodore happened to be Yang Wen-li as he told Vice Admiral Paetta that their encirclement towards the Empire is incomplete. In fact, Commodore Yang predicted that the Empire might destroy a fleet one by one instead of taking all three. However, Vice Admiral Paetta refused to listen to his suggestions.

With that said, Commodore Yang Wen-li felt disappointed that his proposals has fallen onto deaf ears. And it’s a shame really as the Alliance are not fully-prepared on the Imperial Fleet’s offensive led by High Admiral Reinhard von Lohengramm. 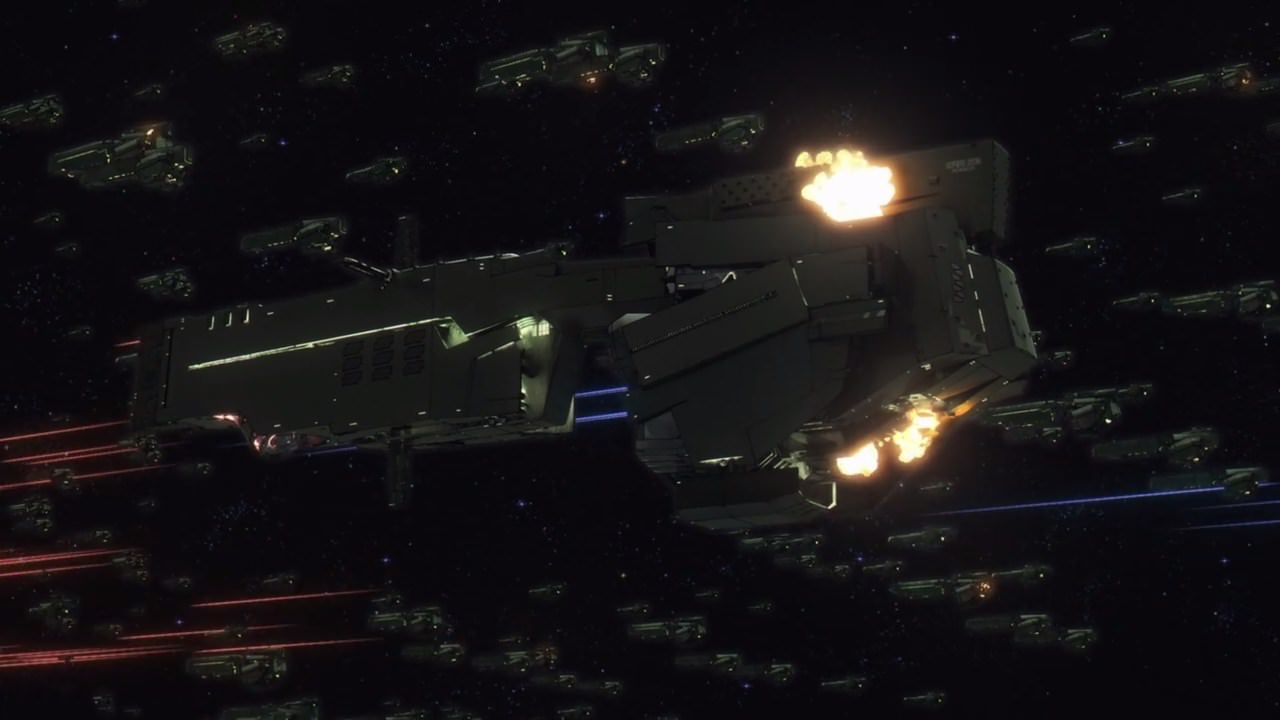 Within hours, both the 4th and the 6th Fleet are completely obliterated thanks to High Admiral Lohengramm’s strategy on destroying the Alliance one fleet at a time

And now, the 2nd Fleet are about to be destroyed in the Astarte Starzone as they’re being outgunned and outmatched by the advancing Imperial Fleet. 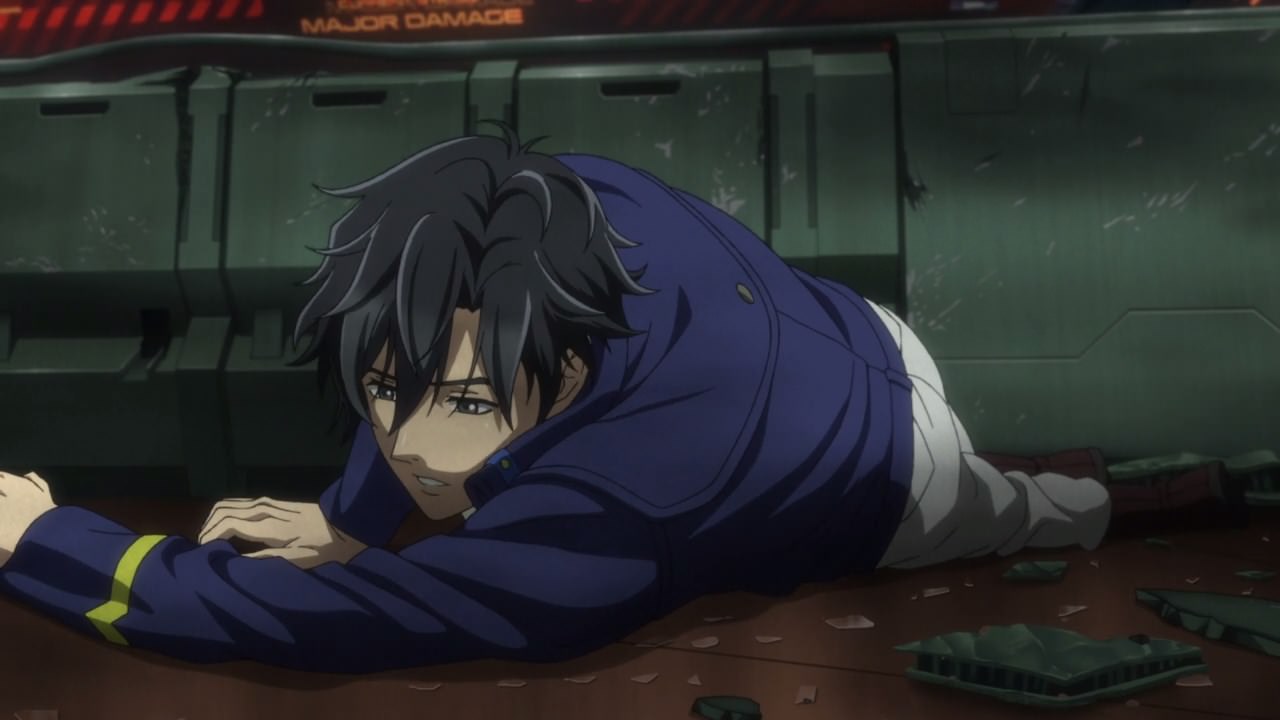 Let’s return to the flagship Patroklos where the bridge got damaged from the Empire’s attack. Fortunately for Commodore Yang, he survived but he’s worried about Vice Admiral Paetta. 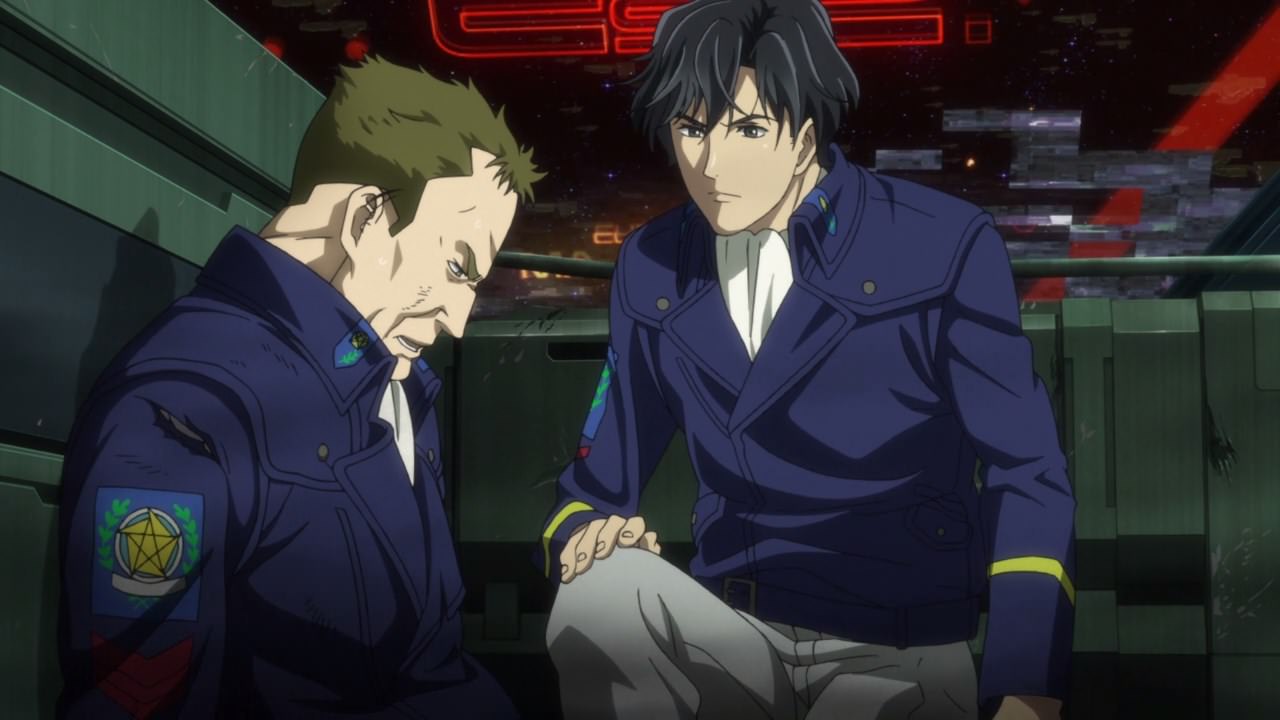 Sadly for the Vice Admiral, he’s gravely injured as he told Yang Wen-li to take command of the 2nd Fleet. We don’t know what happened to Vice Admiral Paetta, but let’s hope that he doesn’t die after the battle at Astarte.

With Commodore Yang taking command, he needs some capable officers to help him on making a counter-offensive. 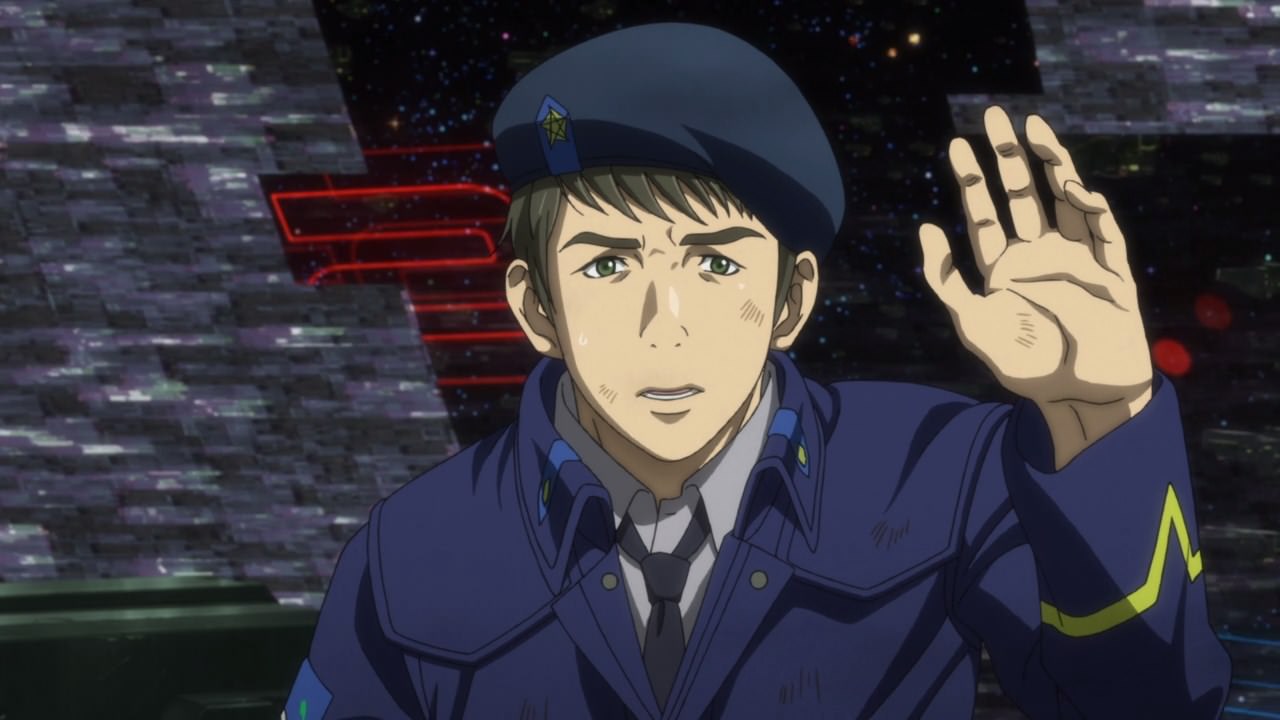 Fortunately, some of the officers have survived such as Lieutenant Commander Lao as he’s here to assist Commodore Yang on his strategy to reorganize and hold off the Empire’s attacks.

However, the Imperial Fleet jammed all of the communications which rendered the data link inoperable. So, Commodore Yang decided to broadcast a compressed data transmission to all frequencies for the remaining ships to use Code C-4 strategic plan. 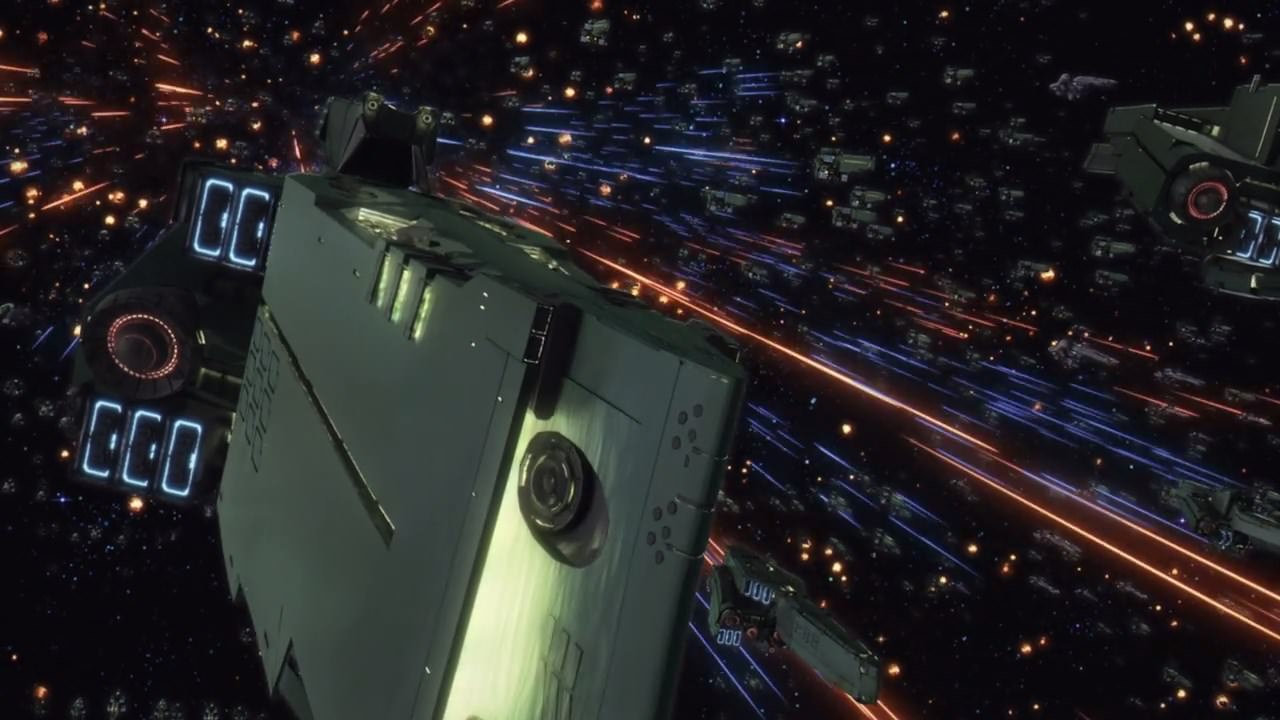 Speaking of Code C-4, it works when Commodore Yang ordered the remaining ships of the 2nd Fleet to split off from the advancing Imperial Fleet and reform at the enemy’s rear for a counter-attack. 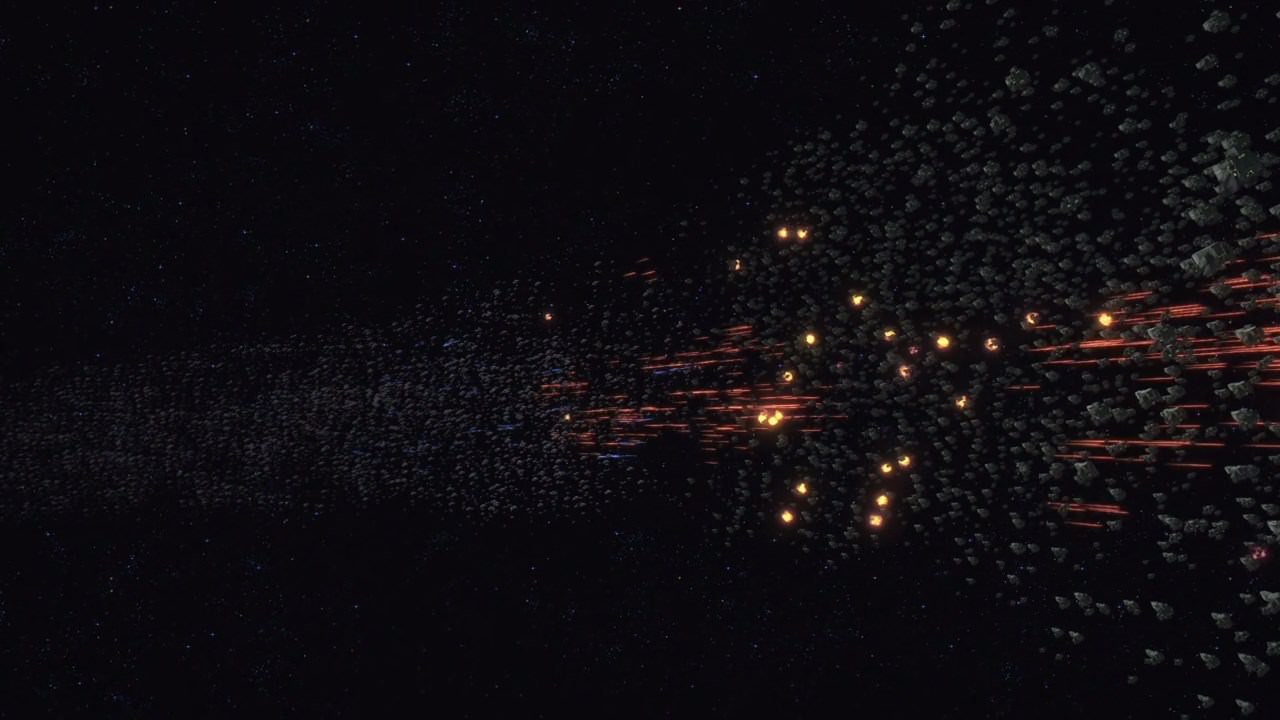 Eventually, the Imperial Fleet responded by chasing the Alliance’s 2nd Fleet from the rear. Because of this, the entire battle at Astarte has both sides going in circles, turning into a battle of attrition. 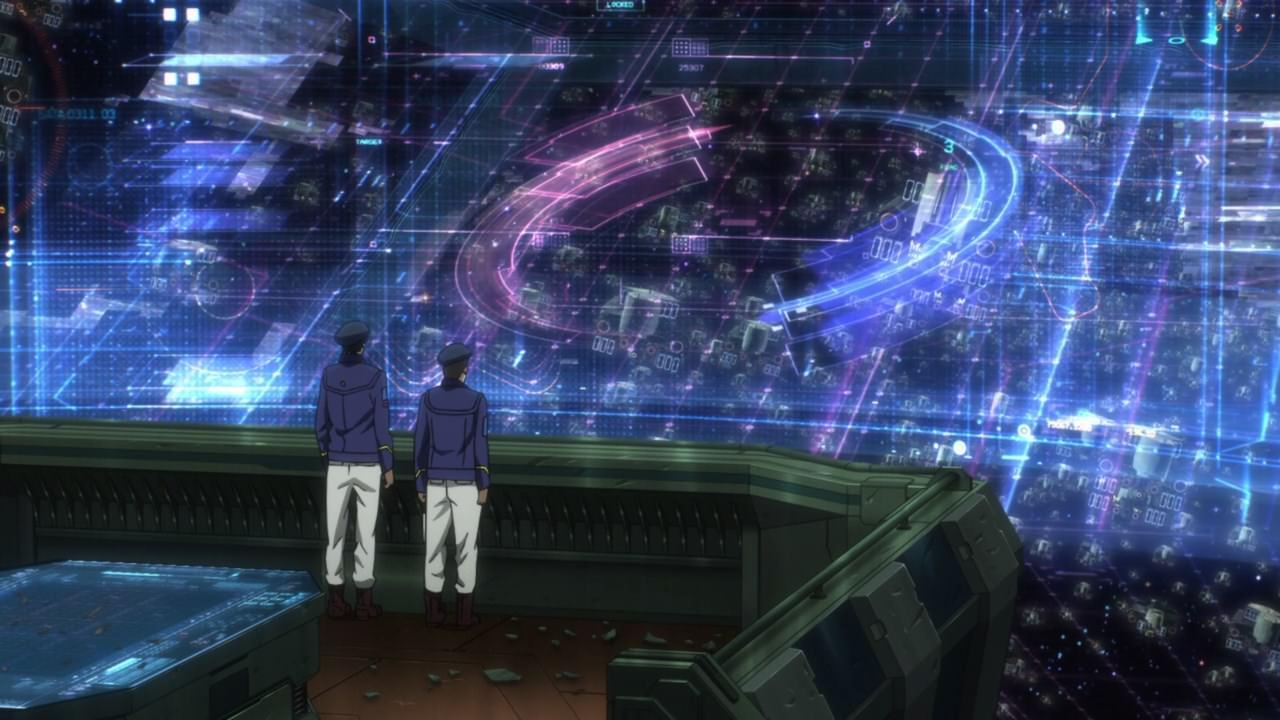 For the Free Planets Alliance, it was a rare sight to see this kind of formation, especially Lieutenant Commander Lao. But for Commodore Yang Wen-li, this formation occurred in battlefields throughout history. 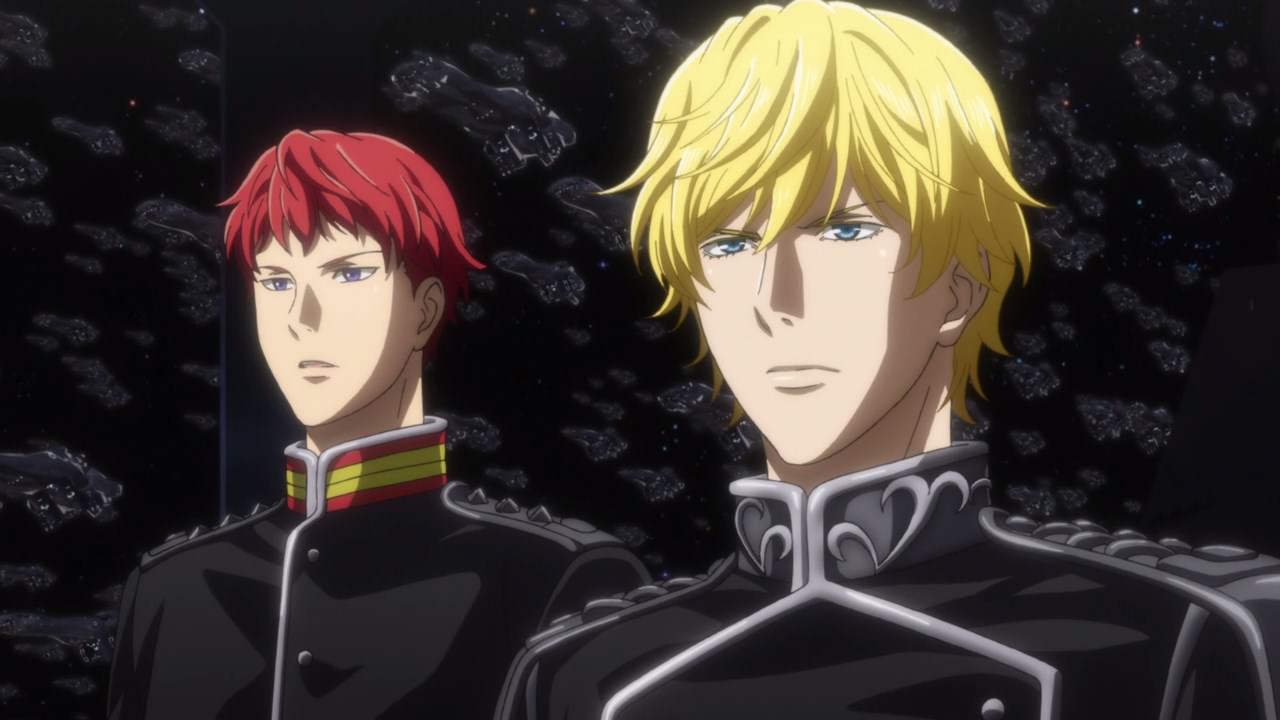 But for the Galactic Empire, they’re frustrated that they couldn’t crush the remaining fleet. Thus, Captain Siegfried Kircheis suggested towards High Admiral Reinhard von Lohengramm to make a retreat as they done enough damage towards the Alliance.

With that said, the Imperial Fleet pull out from the Astarte Starzone and while they destroyed both the 4th and 6th Fleet, High Admiral Lohengramm felt disappointed that he and his men couldn’t put the decisive blow to capture the starzone from the Free Planets Alliance. On the other hand, the Galactic Empire promoted him as the Imperial Fleet Admiral from Kaiser Friedrich von Goldenbaum IV so there is a silver lining for Reinhard von Lohengramm.

Anyways, that’s about it for Episode 2 as I’ll see you next time as both Reinhard von Lohengramm and Yang Wen-li will meet again on the battlefield.