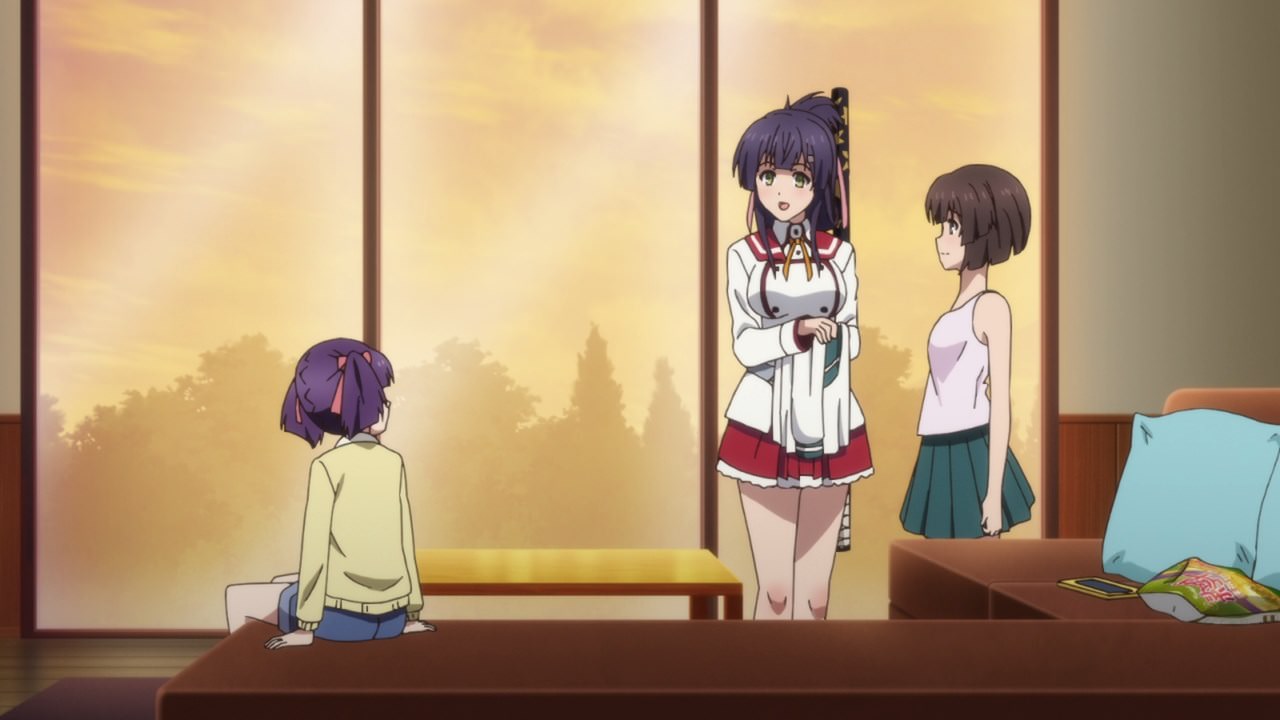 Today’s episode, we’ll be focusing on Mai Yanase as she takes care of her two sisters Shiori and Mio. Well, her parents are always at work all the time. 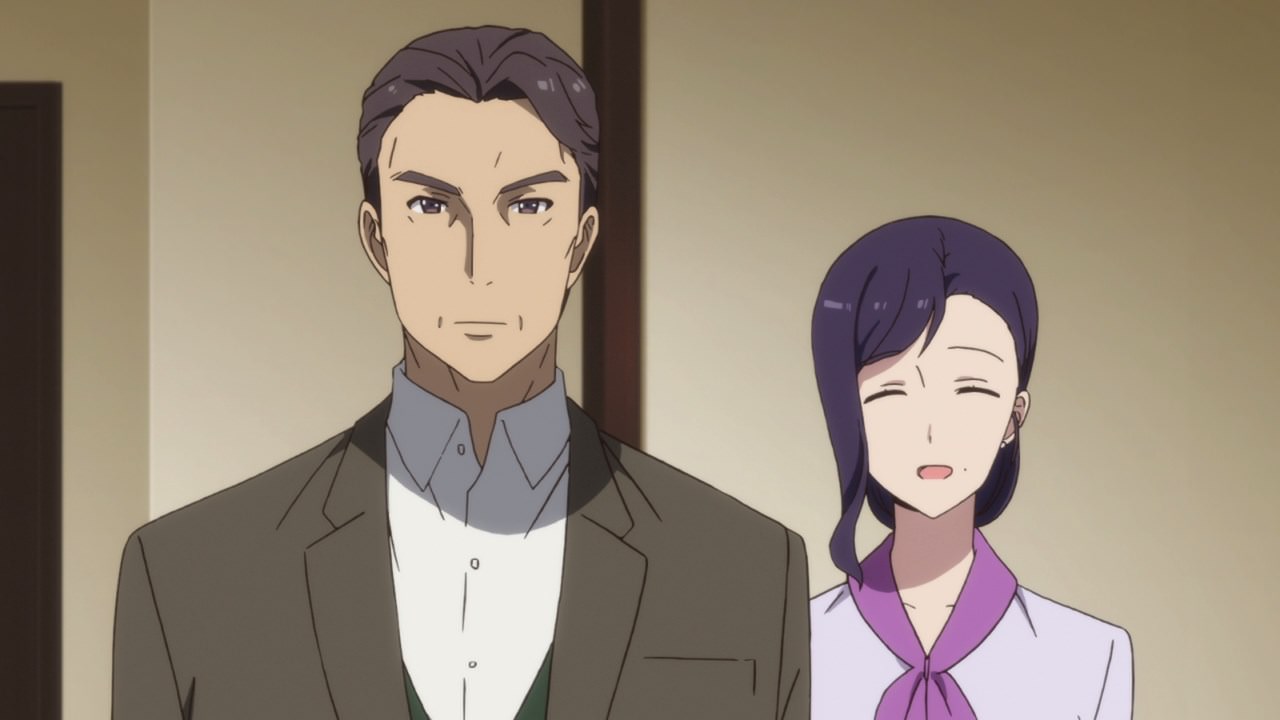 Speaking of Mai’s parents, they’re here as Mai’s father told her to quit her role as a toji and transfer to another school. What?!

Well, the reason why her parents wanted Mai to quit her role as a toji is because they’re pretty much worried about their daughter. Also, they want her to focus on their family business or something. More on that later… 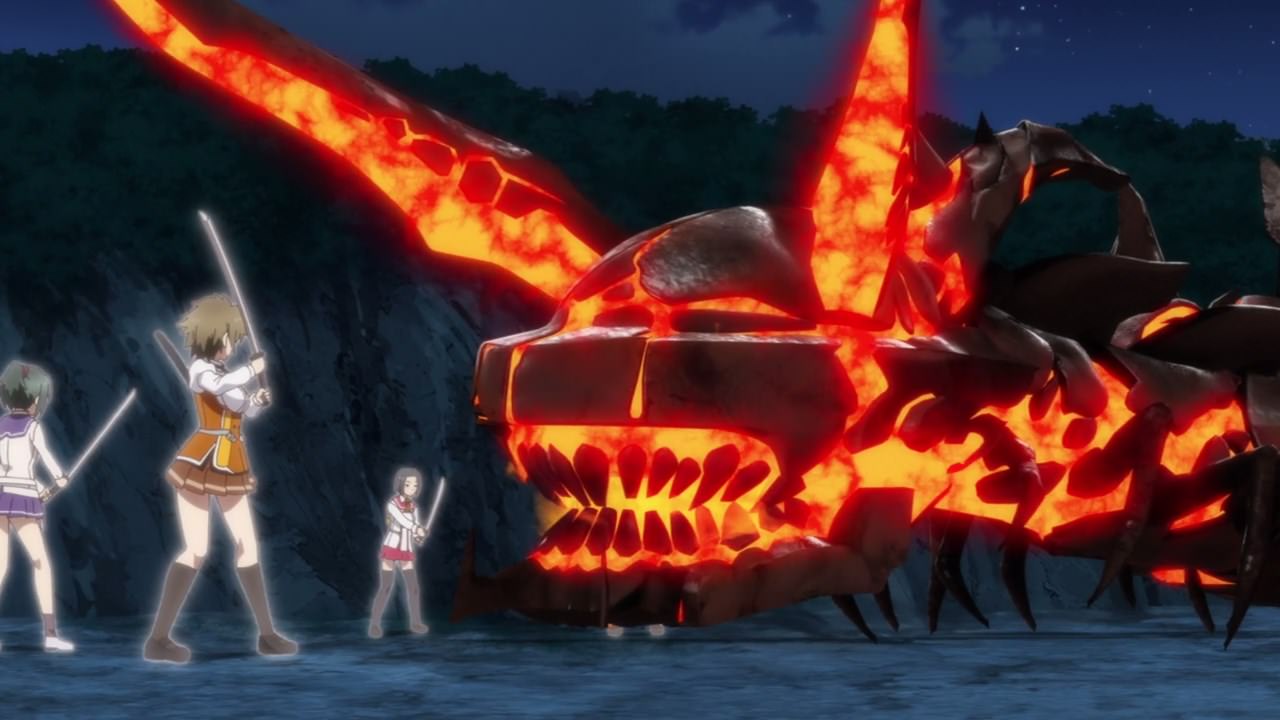 Meanwhile, let’s focus on a team of toji tackling an aratama. After all, the number of aratama incidents have increased ever since Princess Tagitsu was defeated 4 months ago.

Still, they’re no match for this aratama as most of the toji are either inexperienced or powerless. 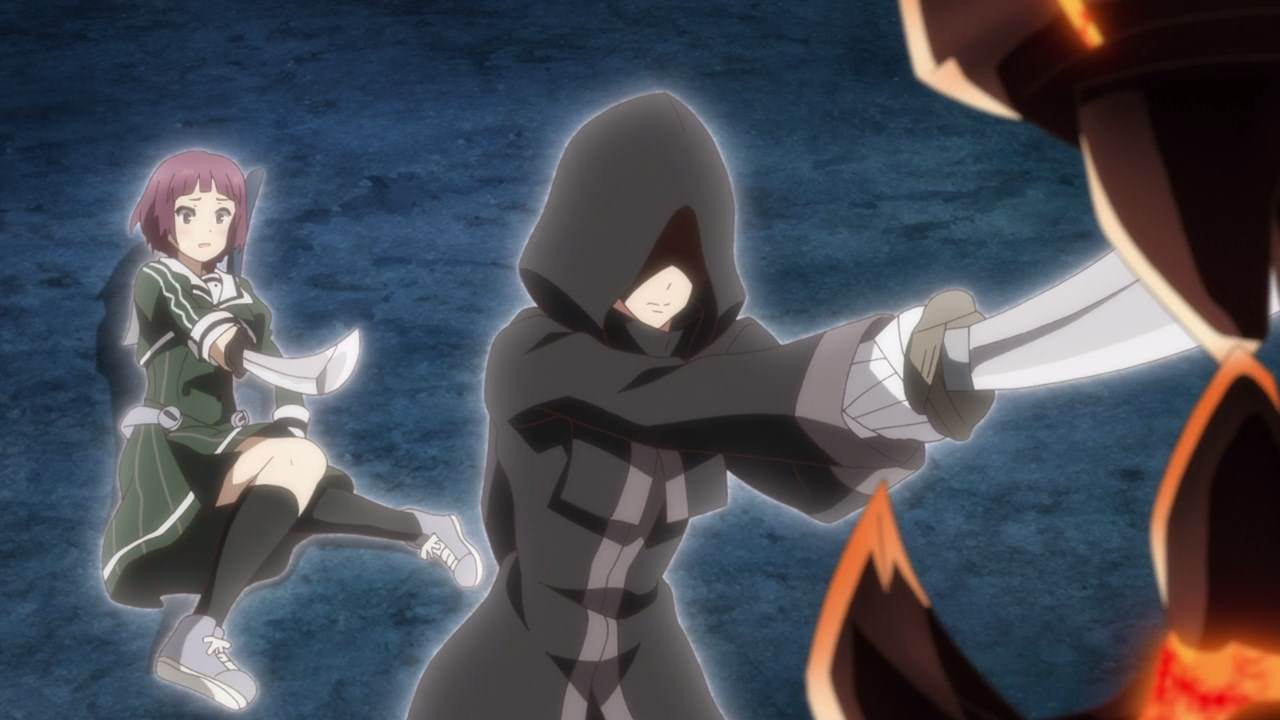 That’s until this mysterious toji appeared where she defends one of the toji defeats this aratama easily. Hmm, seems that she’s not the only who is attacking convoys recently.

But come to think of it, her bandaged arms and her fighting style feels so familiar… Could this mysterious toji be the disgraced Maki Shidou? I mean, it’s possible! 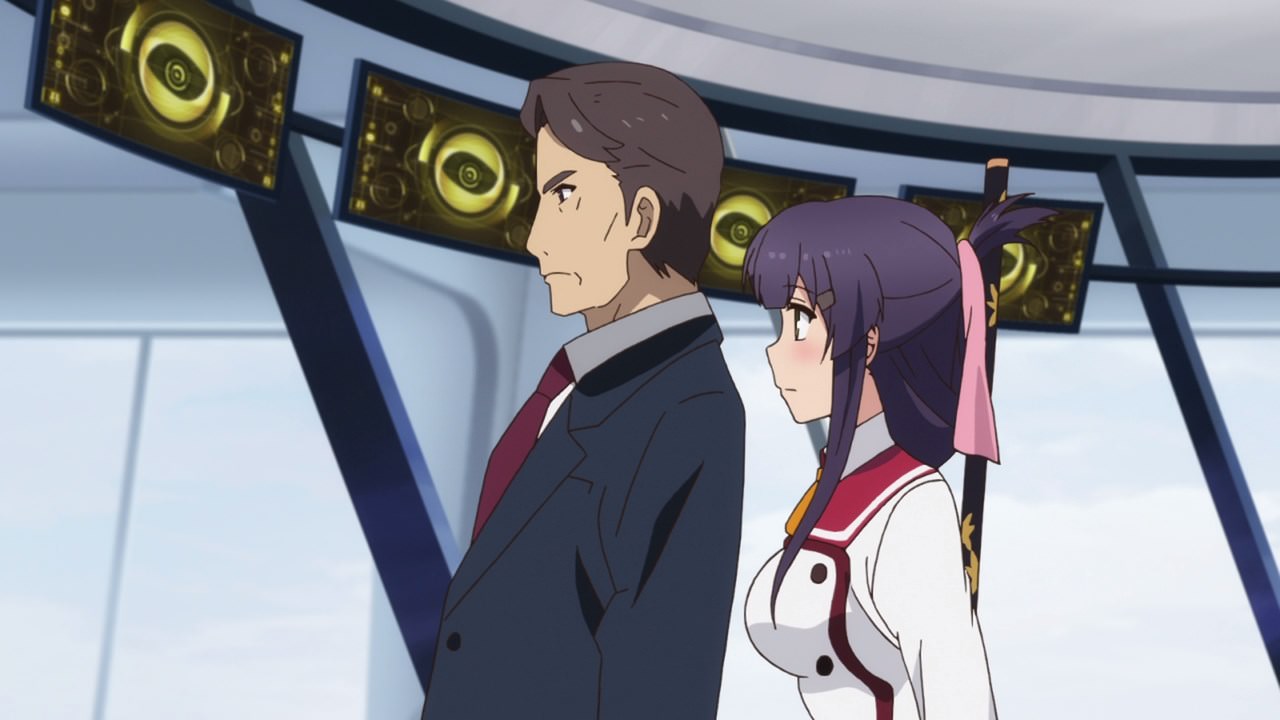 Now let’s go back to Mai Yanase as she was invited by her father to witness some researchers conducting experiments on extracting energy from the noro using tamahagane as a catalyst.

You see, Mai’s parents are funding this facility because it would be profitable to use noro to power up the entire national grid across Japan or something.

I don’t know if this experiment would, let alone if it is ethical to use noro for commercial purpose since they’re sentient and must be respected. 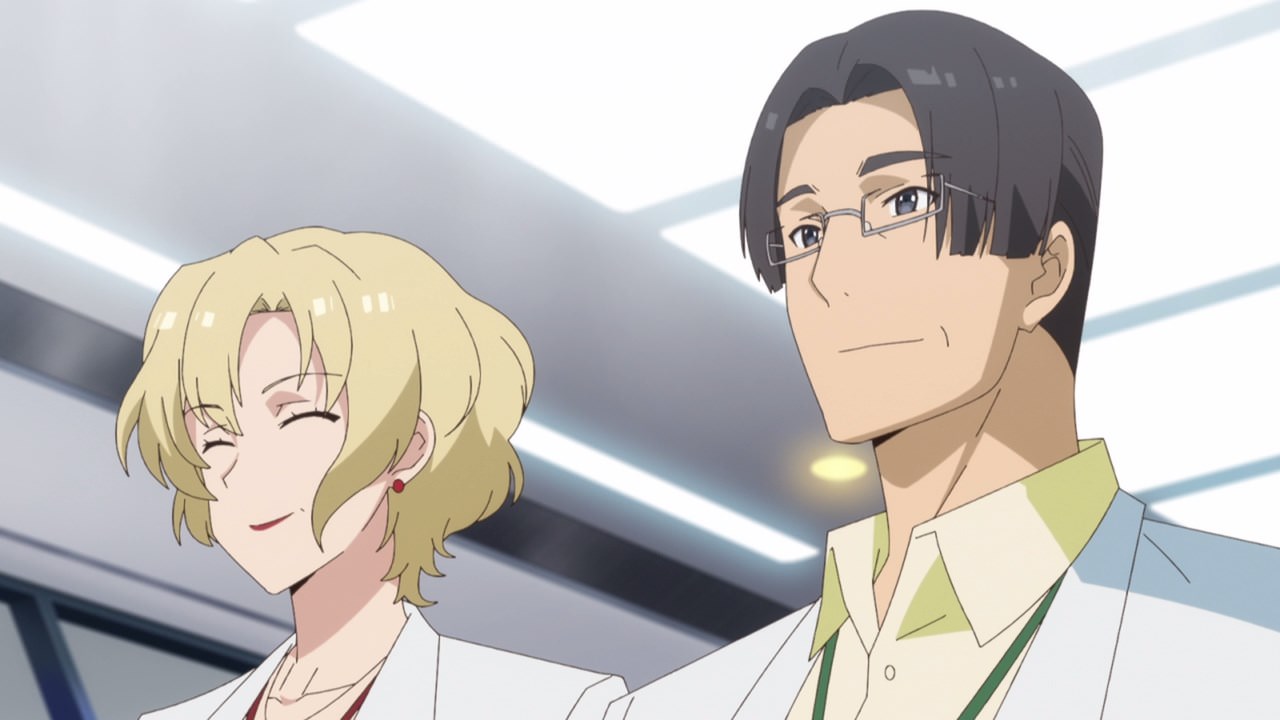 Oh yeah, this facility is headed by Ellen’s parents, Jacqueline and Kimitake Kohagura, and they know Mai’s parents since they’re the ones who funded this place. It’s a small world after all. 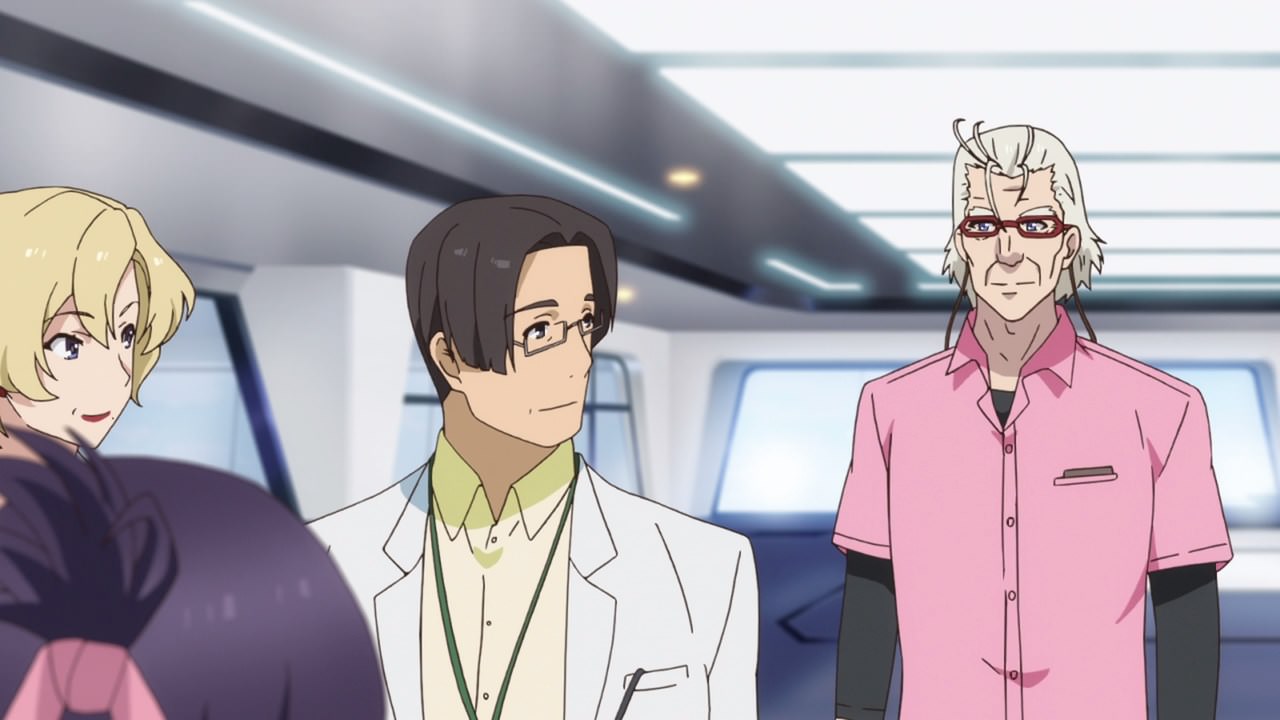 Also, here’s Richard Friedman as he explained to Mai Yanase about a theory that the reason for the noro’s impurity is because of its loneliness when they’re separated from the tamahagane.

That’s why, this facility is created so to find a way to remove its impurities by making the noro react with the tamahagane. But even so, Richard Friedman explained that there’s no way to combine them at the moment. 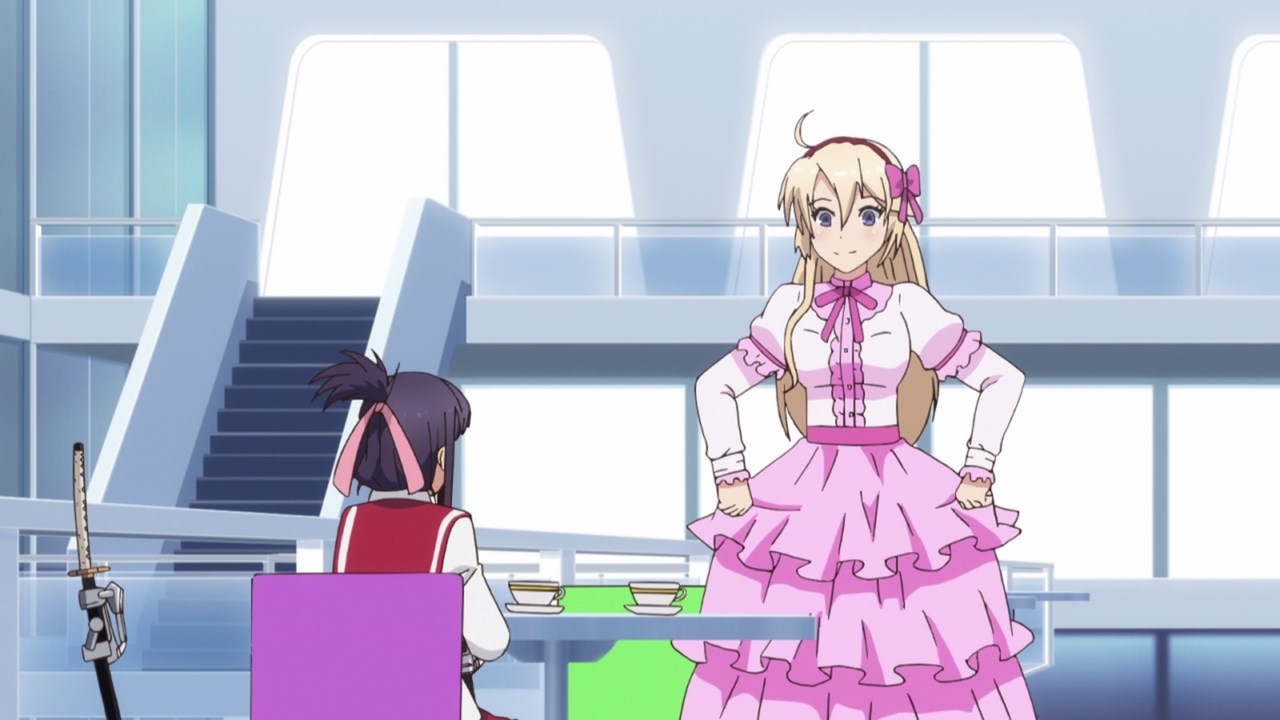 One last thing, here’s Ellen Kohagura as she really missed Mai-Mai after defeating Yukari Origami and the elite guards.

Oh and about Ellen’s dress, she got it from her father as a present. Well, I must say that Ellen’s parents are very caring towards their daughter even though they’re busy with their research. 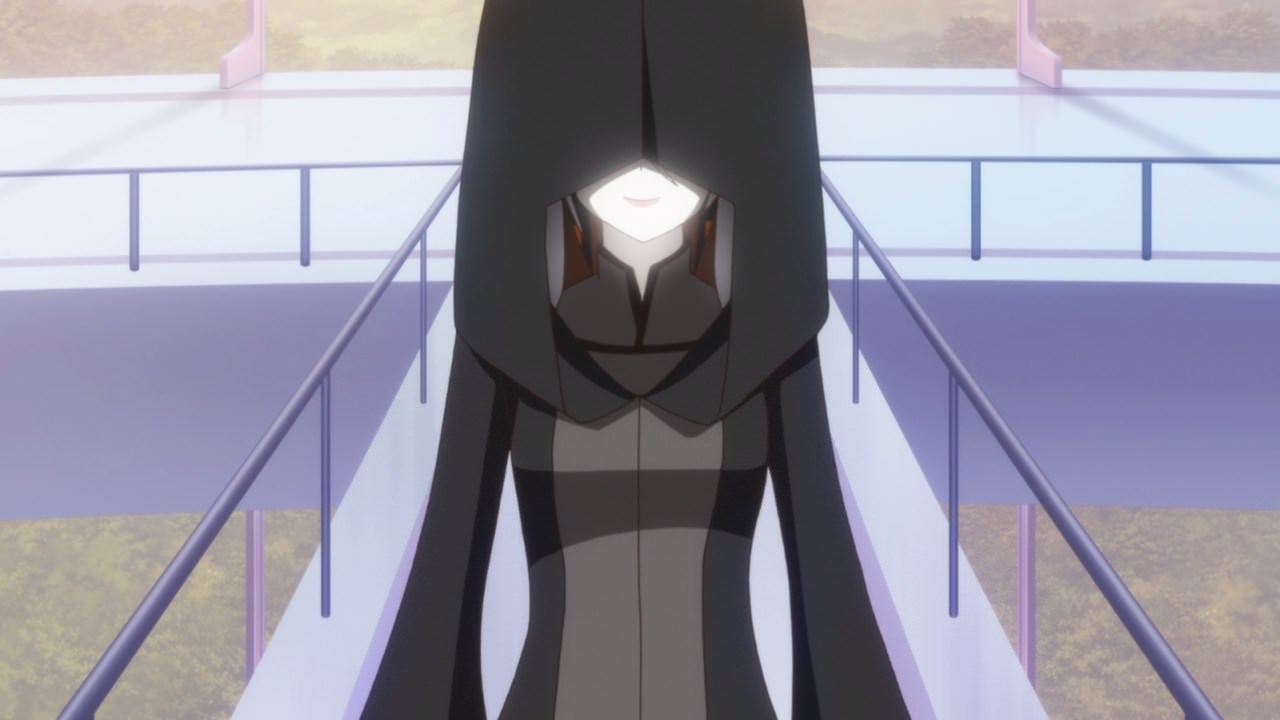 Unfortunately, someone wants to ruin the party as another mysterious toji arrived, although this one looked different compared to earlier. 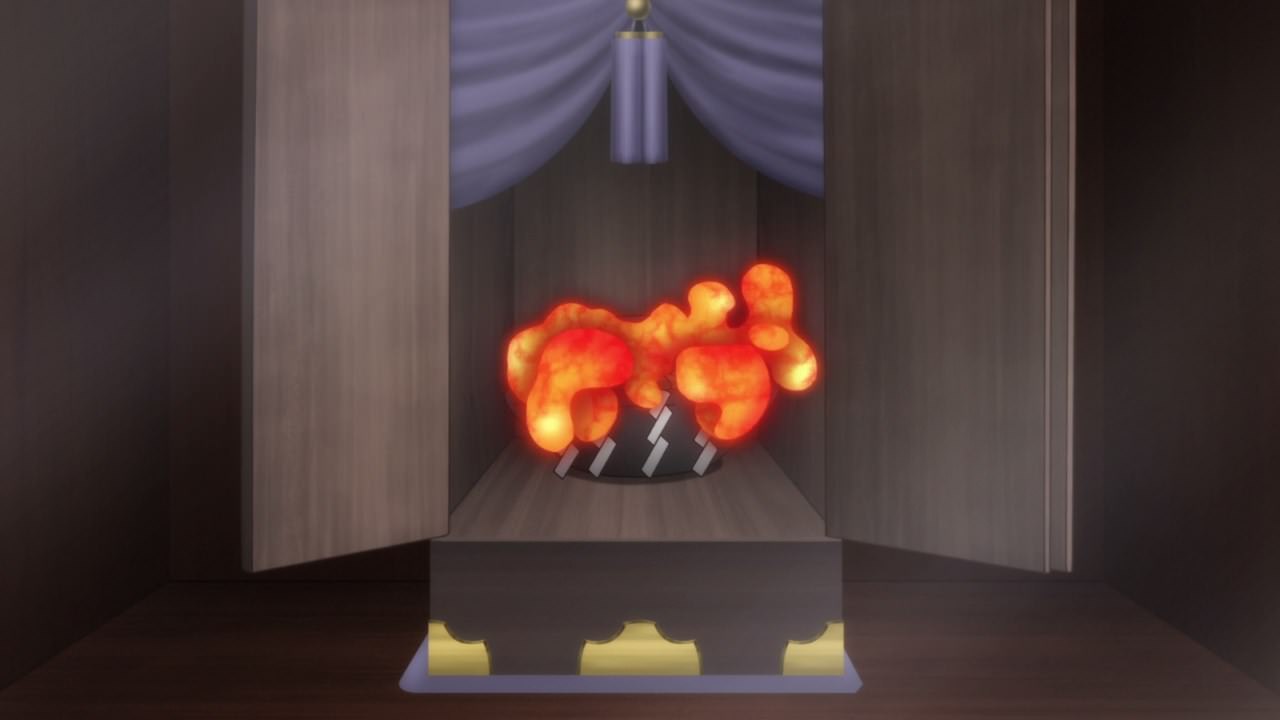 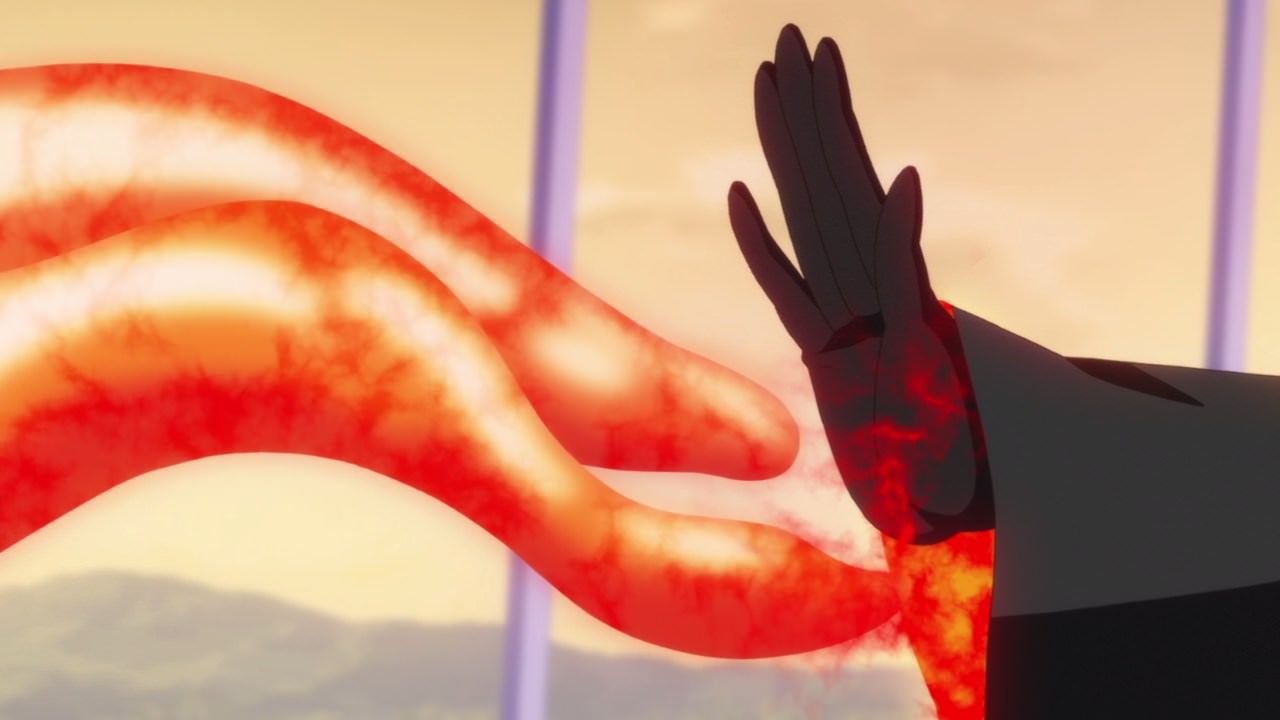 But anyways, seems that this mysterious toji is here to take the noro from the box and merge it to her body. Hmm, I have a feeling that this one could be a humanoid aratama. 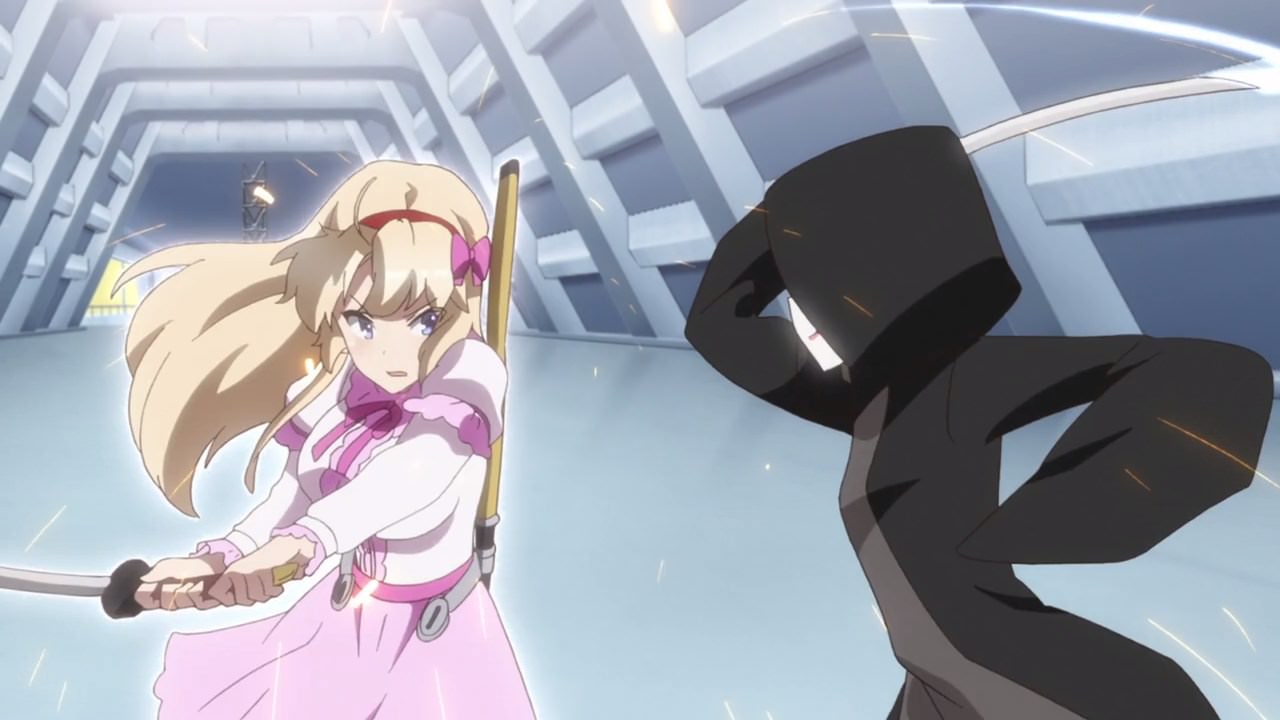 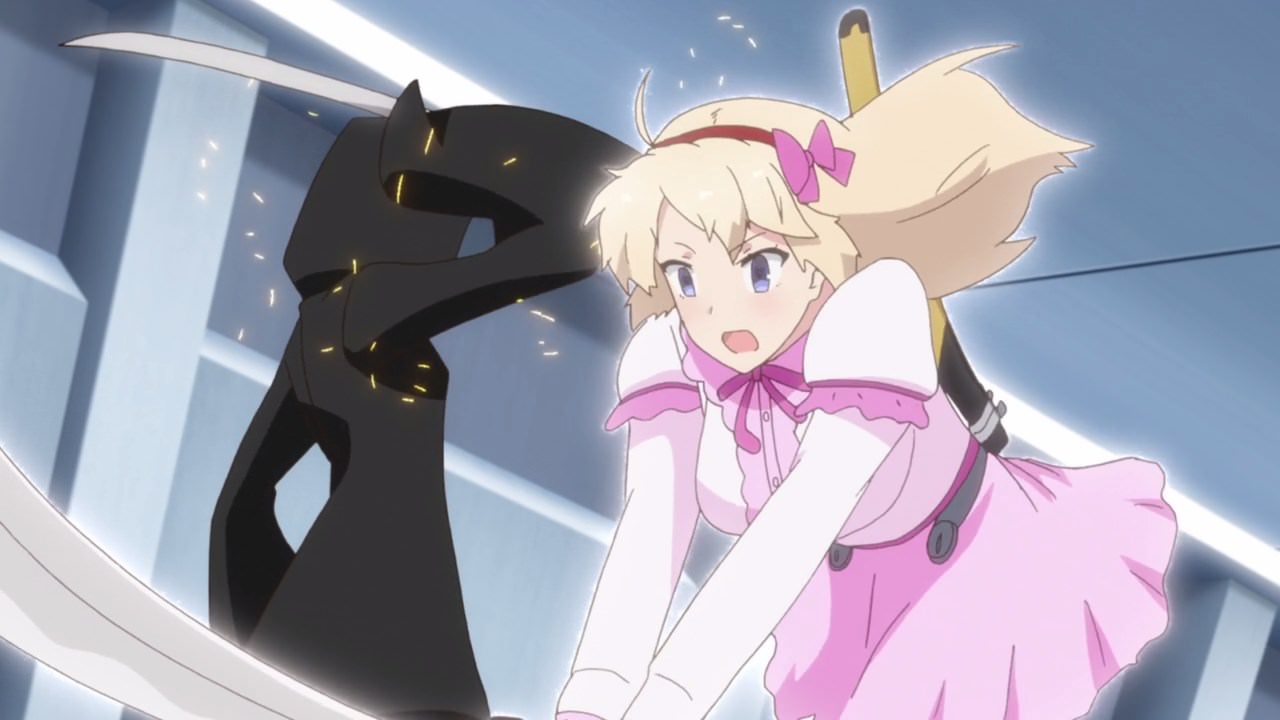 Unfortunately, they’re no match for this intruder as the mysterious toji defeated both Ellen Kohagura and Mai Yanase without breaking a sweat. Damn, that was humiliating! 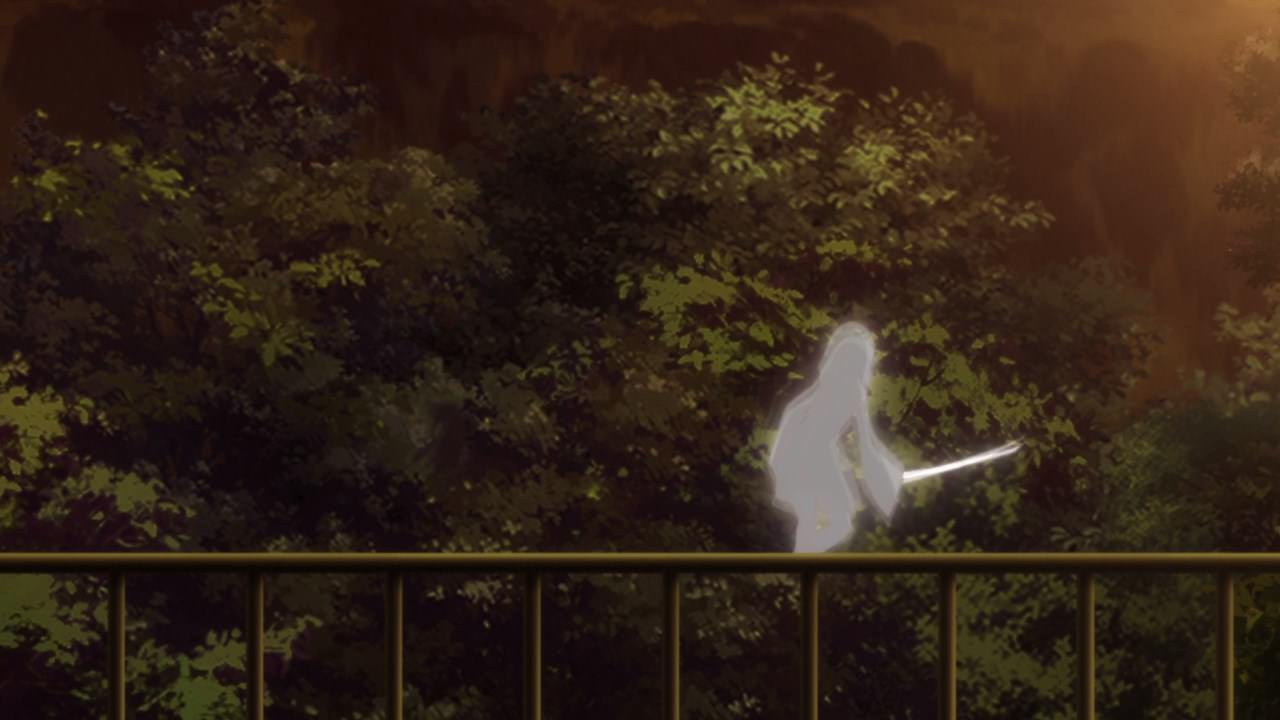 And so, this mysterious toji got out from the facility with the noro. Well, seems that this facility needs some security upgrades next time. 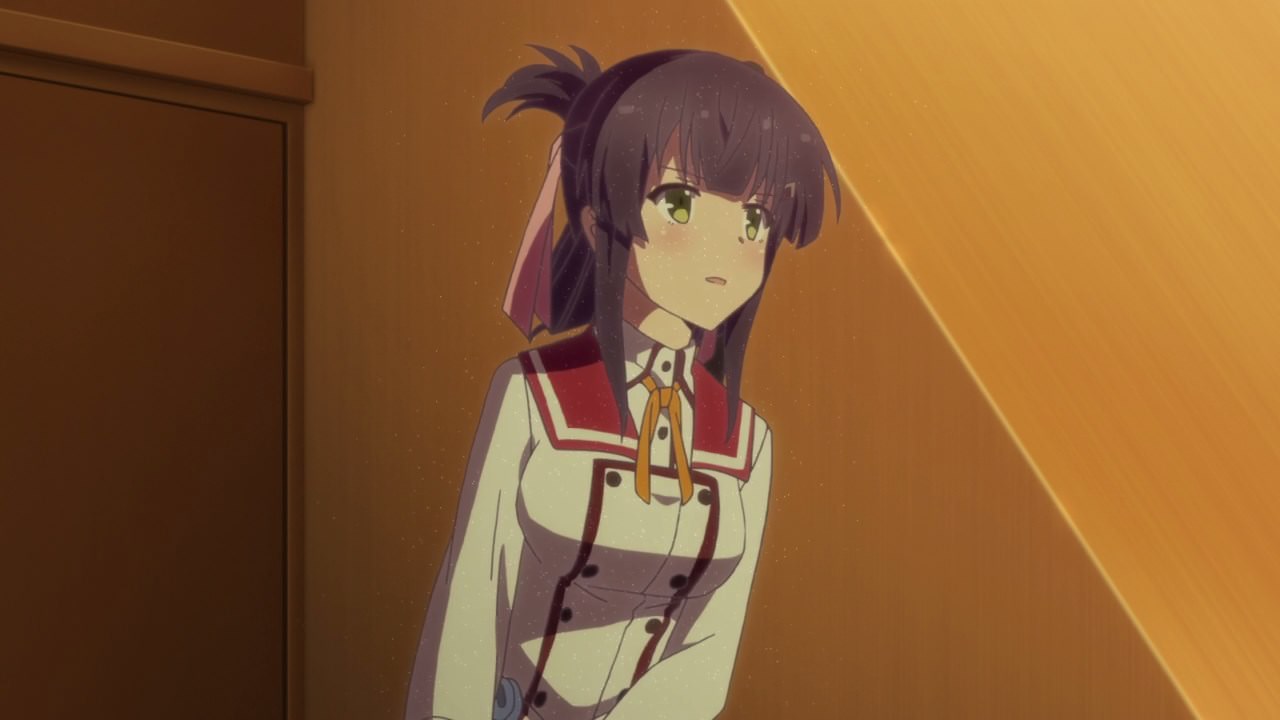 And while Mai Yanase managed to chase the intruder, it was too little too late… 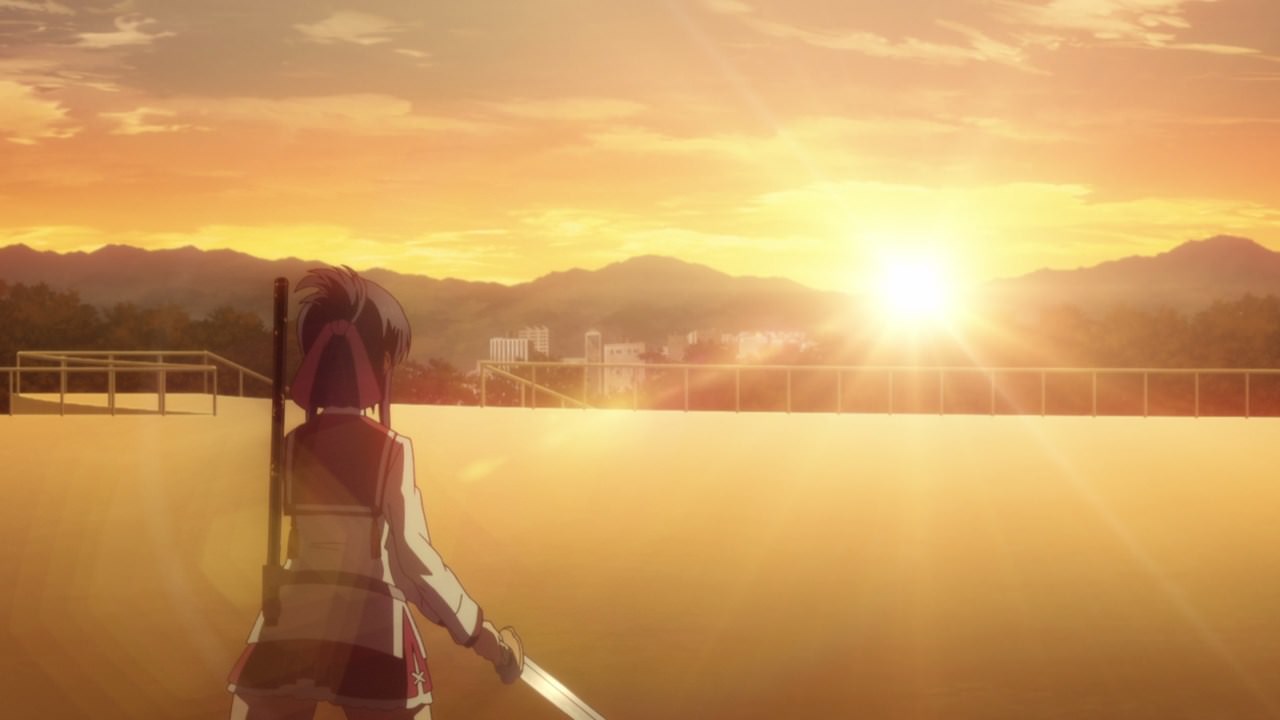 …as the mysterious toji already left. I must say that Mai and Ellen needs to practice more in order to become stronger. 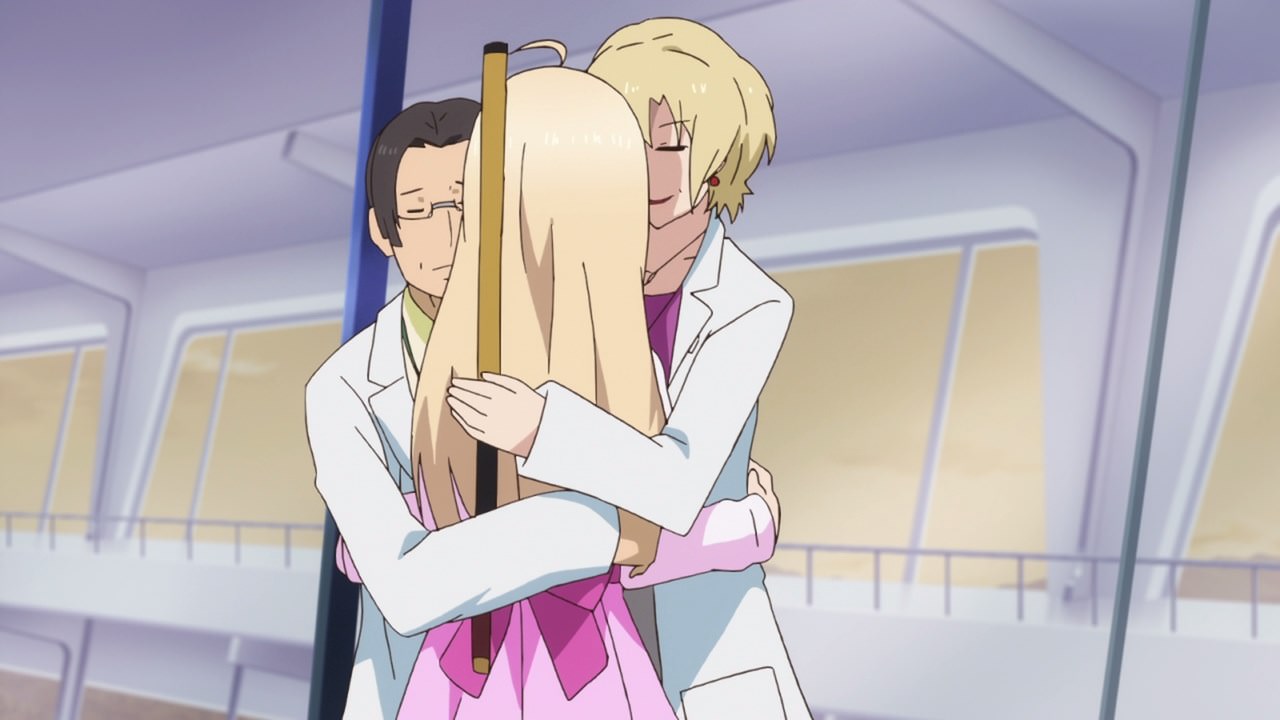 As for their respective parents, it seems that they felt a sigh of relief that their daughters are okay, especially both Kimitake and Jacqueline Kohagura where they’re glad that Ellen is safe.

Oh and as for the dress? Well, her parents will patch it up afterwards. 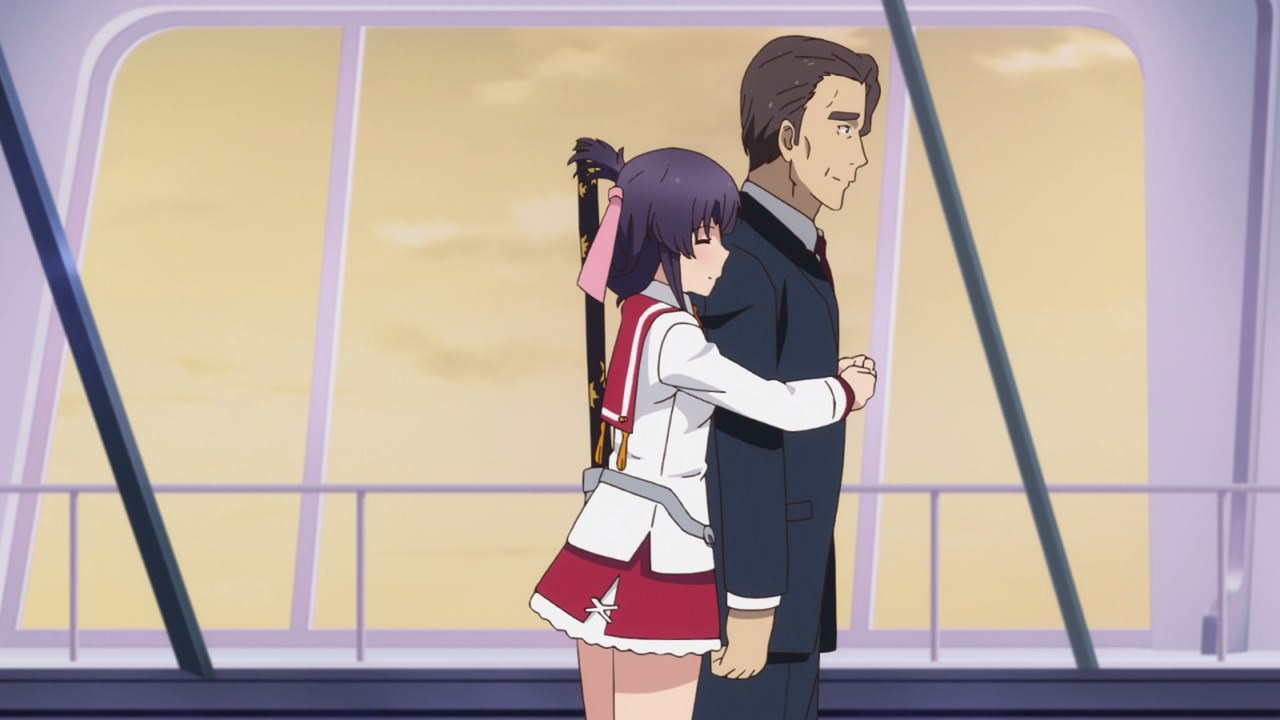 For Mai Yanase, it looks like her father has decided not to transfer his daughter to another school.

Well, it’s a good thing that Mai will continue her role as a toji as she thanked her father for it. I know it’s a dangerous job, but Mai will do her best as a toji! 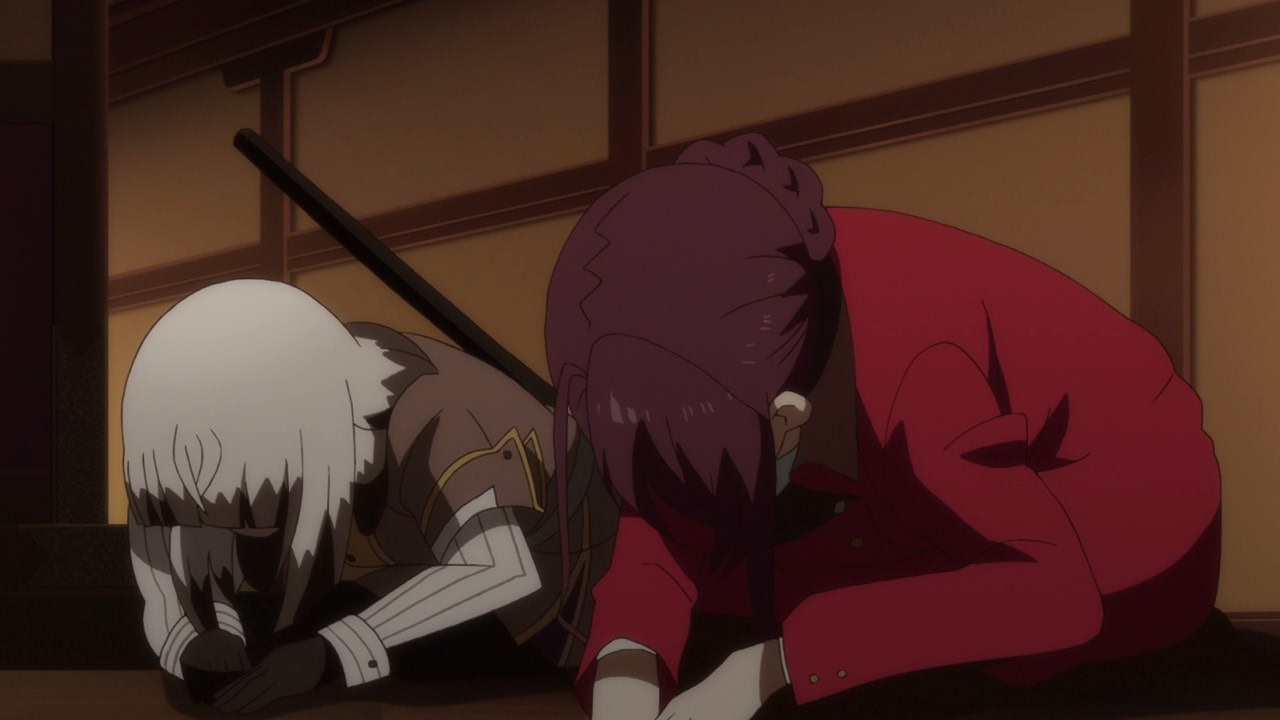 One last thing, looks like both Yomi Satsuki and Yukina Takatsu are bowing their heads to some important person. Who could this person be? 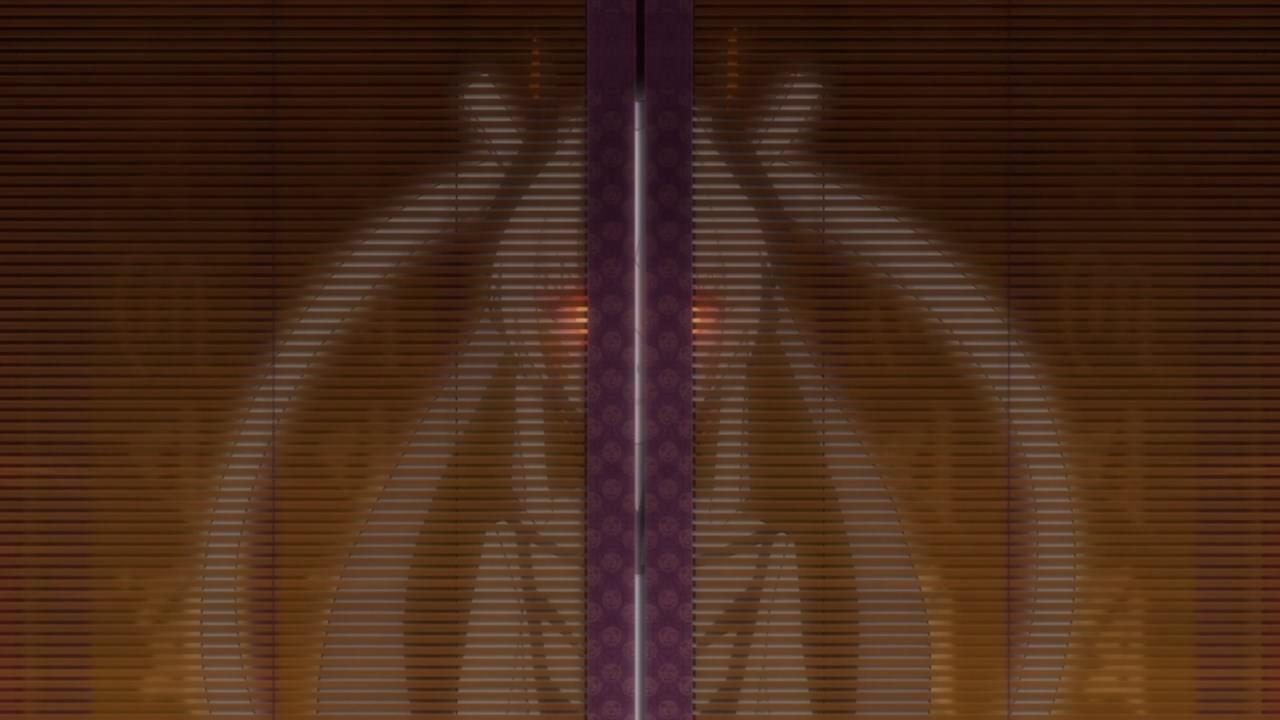 Well, let’s just say that this mysterious figure happened to be the final boss for this anime series.

From the looks of it, I feel that she’s the one who stole the noro earlier and if my speculation is correct, this one happened to be Princess Tagitsu. Wait a minute, is Princess Tagitsu supposed to be defeated back in Episode 12?

Whatever she is, it looks like Kanami Etou and her friends will have to become stronger in order to face this boss in future episodes. But for now, I’ll see you next time!