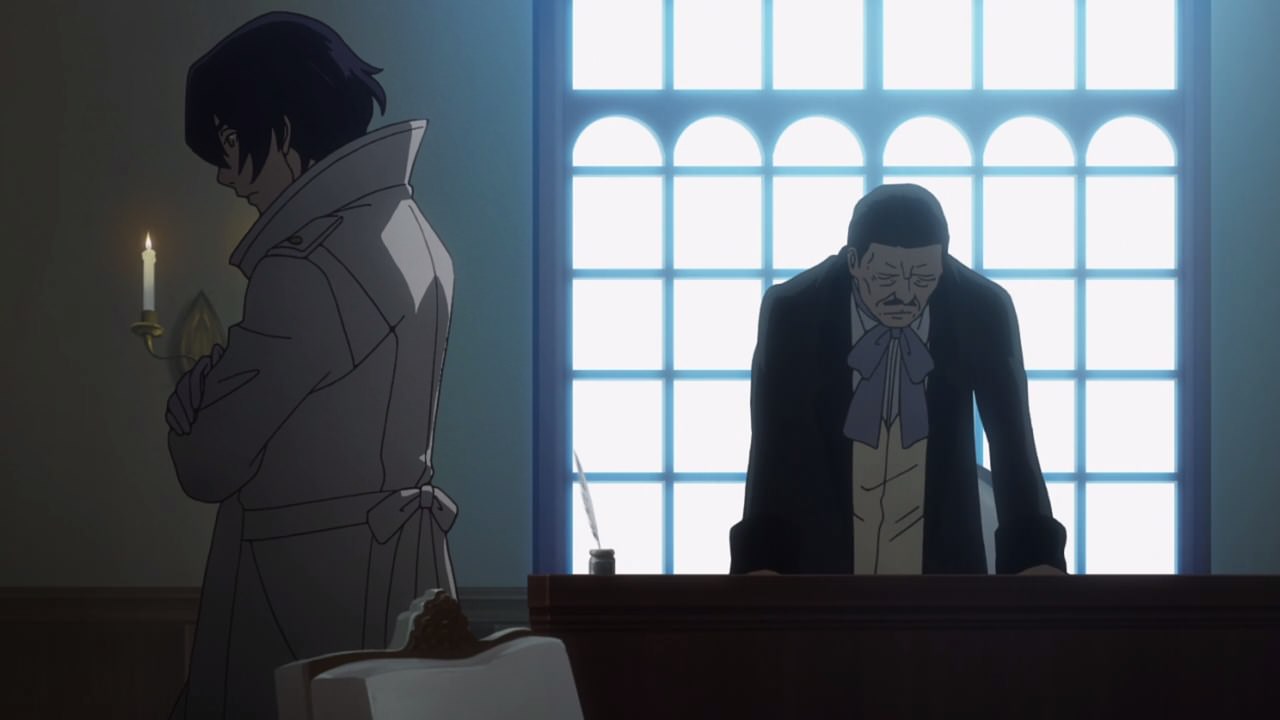 Let’s start this episode where Pederico and Juzel Rossini are lamenting the loss of Salvador as we speak, but also they’re worried that their subjects are starting to revolt against their rule thanks to Theo Cornaro’s victory over one of Pederico’s sons.

Despite of this, they still want to show everyone that they’re the rulers of Sistina and they’ll destroy everyone who rebelled against them, including Theo Cornaro and his allies. 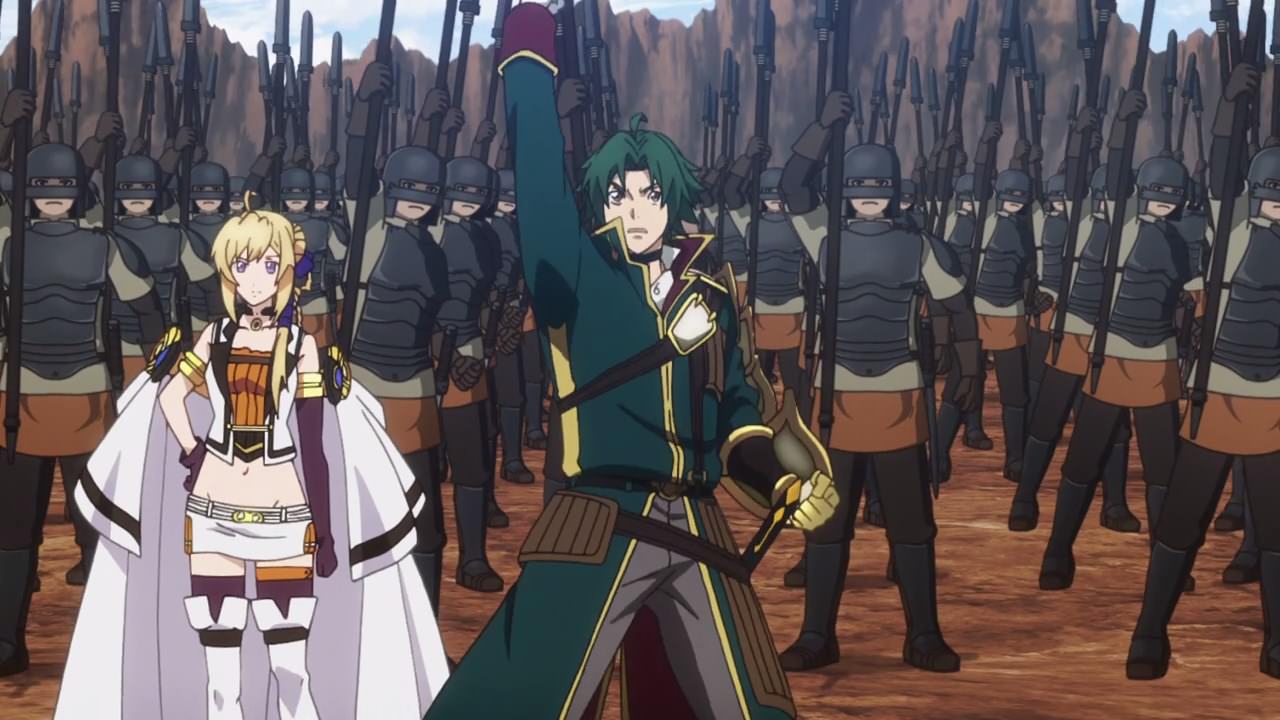 Speaking of Theo Cornaro, he and his allies have gathered to fight against one of Pederico’s sons… 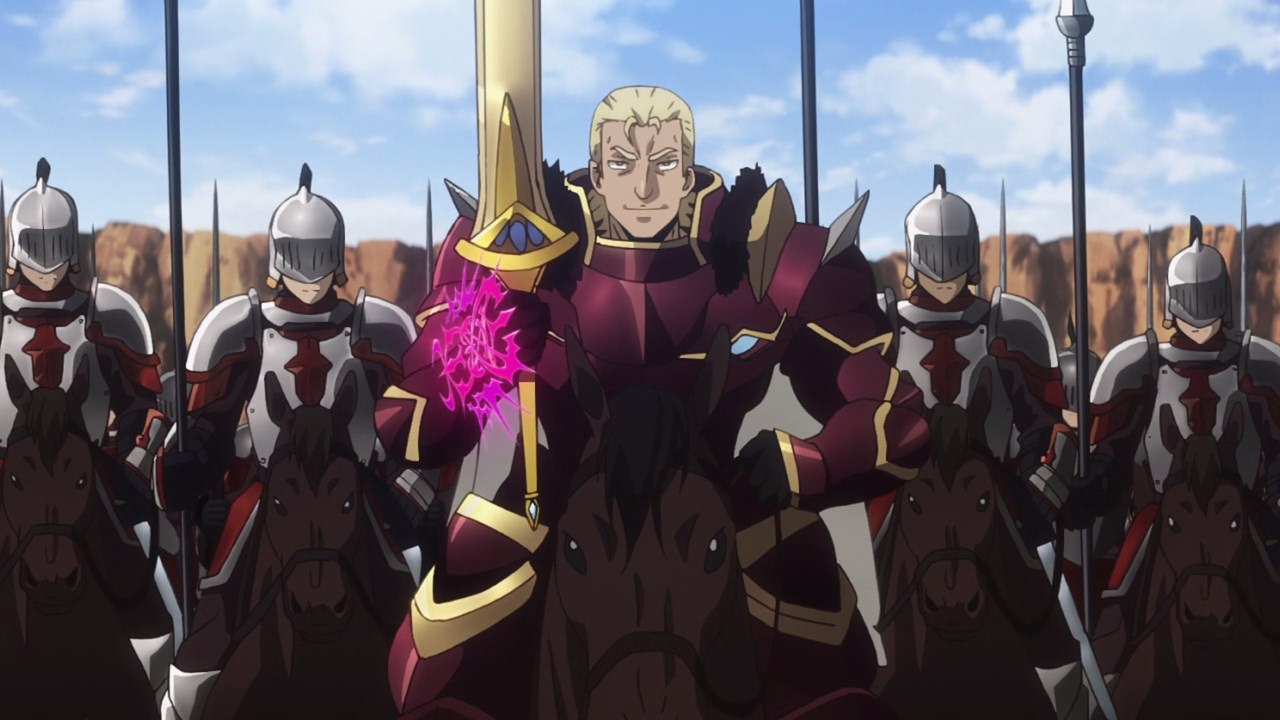 …which happened to be Dorni Rossini as he has 5,000 soldiers who are ready to crush the opposition.

With Theo’s army consists of civilians, it’s gonna be a tough battle ahead. 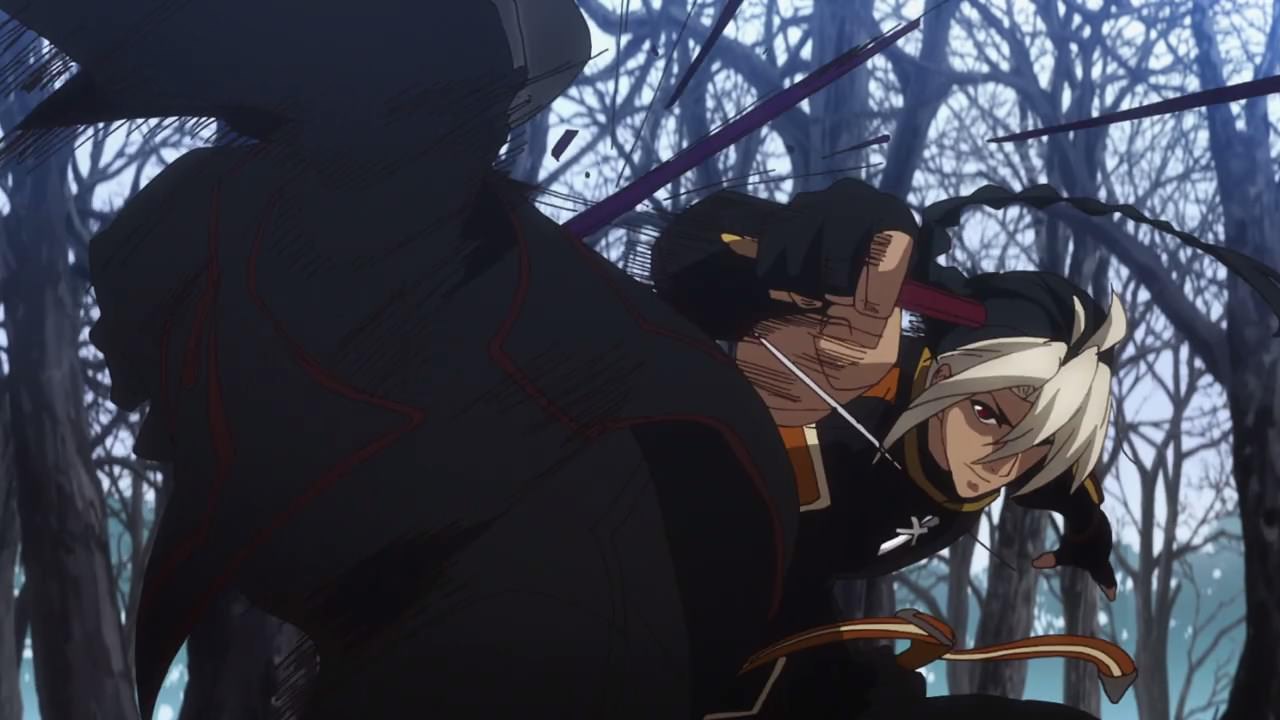 While the main battle is heating up, there’s another one behind the scenes as we have Round 2 between Irvin and Boltz.

Those two Shadows previously fought in the previous episode, so it’s time for them to settle the score! 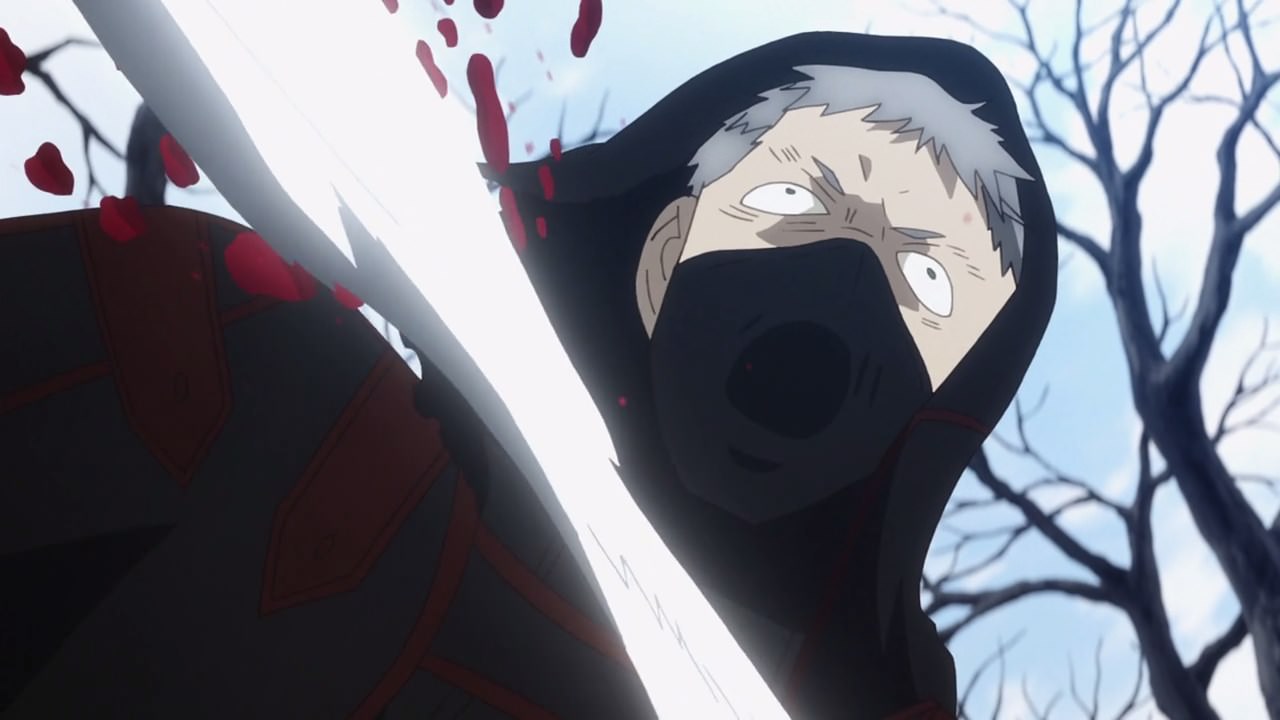 Fortunately, Irvin managed to score a coup de grâce against Boltz to the neck, but this Shadow has other plans… 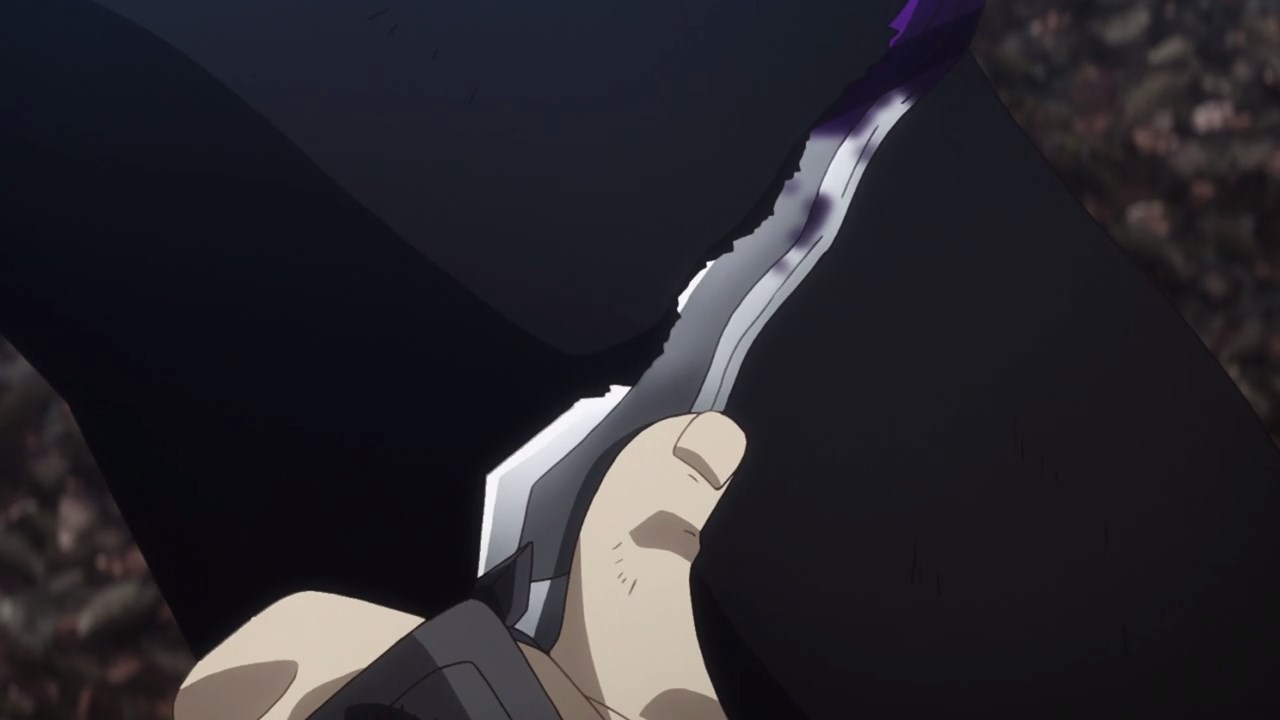 …like slashing one of Irvin’s legs with his poison-coated dagger. Ugh, I have a bad feeling that Siluca’s loyal chamberlain will die if he’s not treated by a nearby healer. 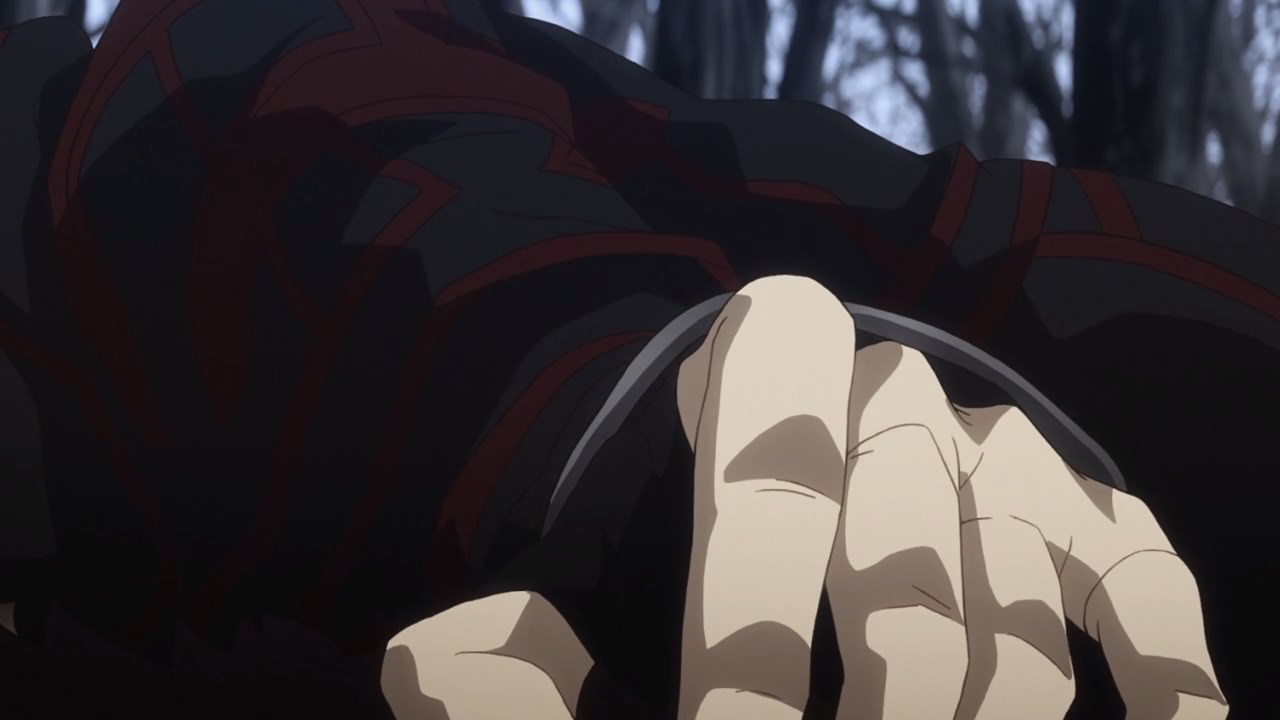 In any case, Boltz is dead on the spot and while this Shadow is defeated, he has a last laugh… 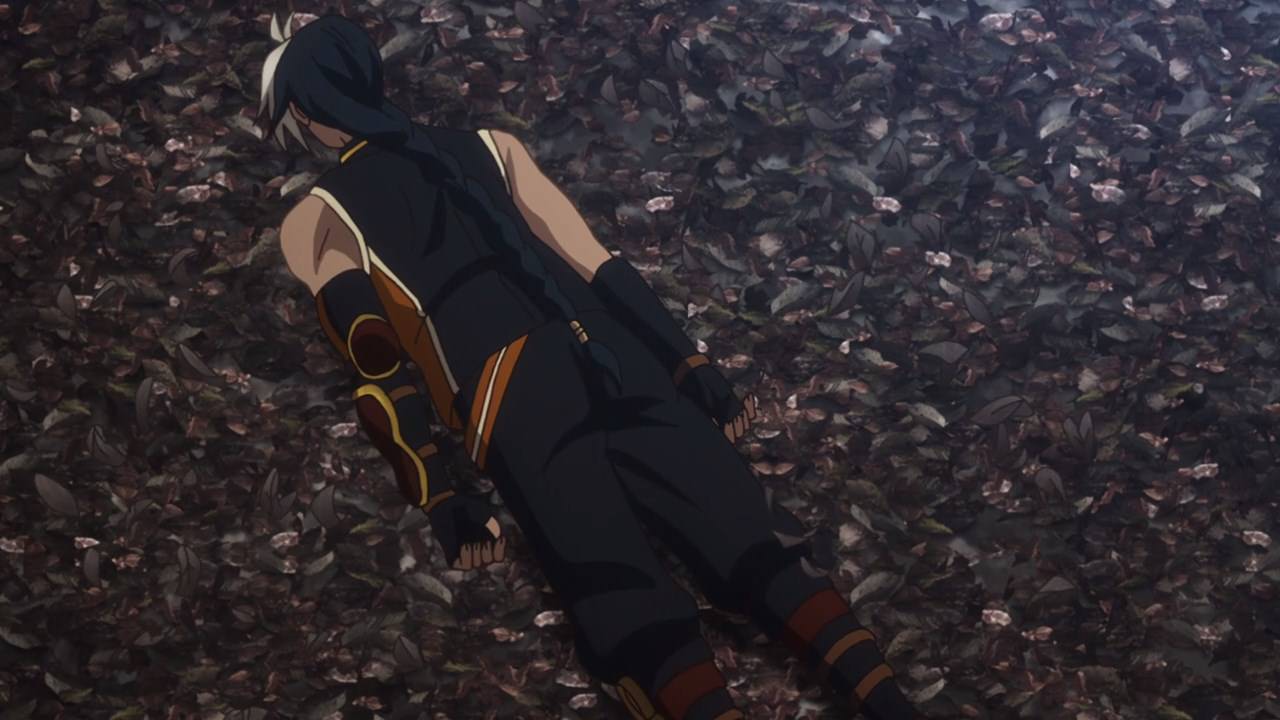 …as Irvin goes down thanks to the poison. Let’s hope that Irvin will live ’cause he needs to protect Siluca Meletes. 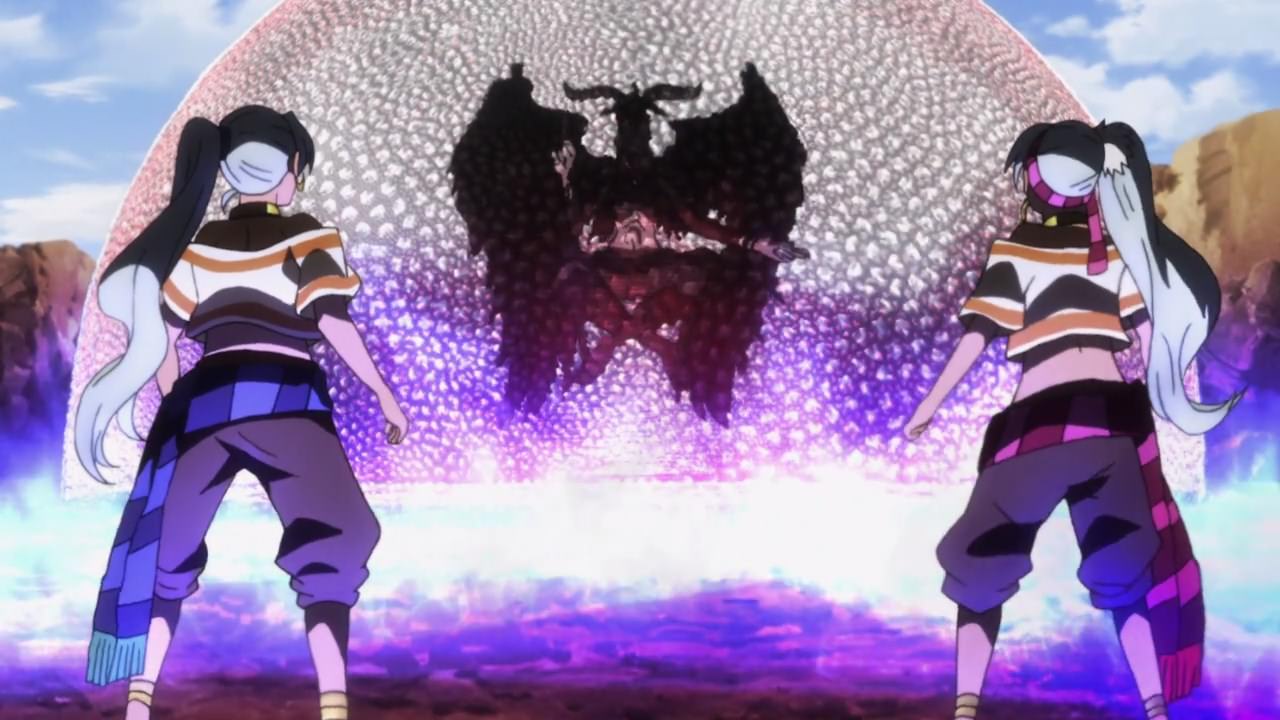 Meanwhile, both Luna and Emma are facing Yana the Black Witch as she summoned a Baphomet to keep those pups busy. 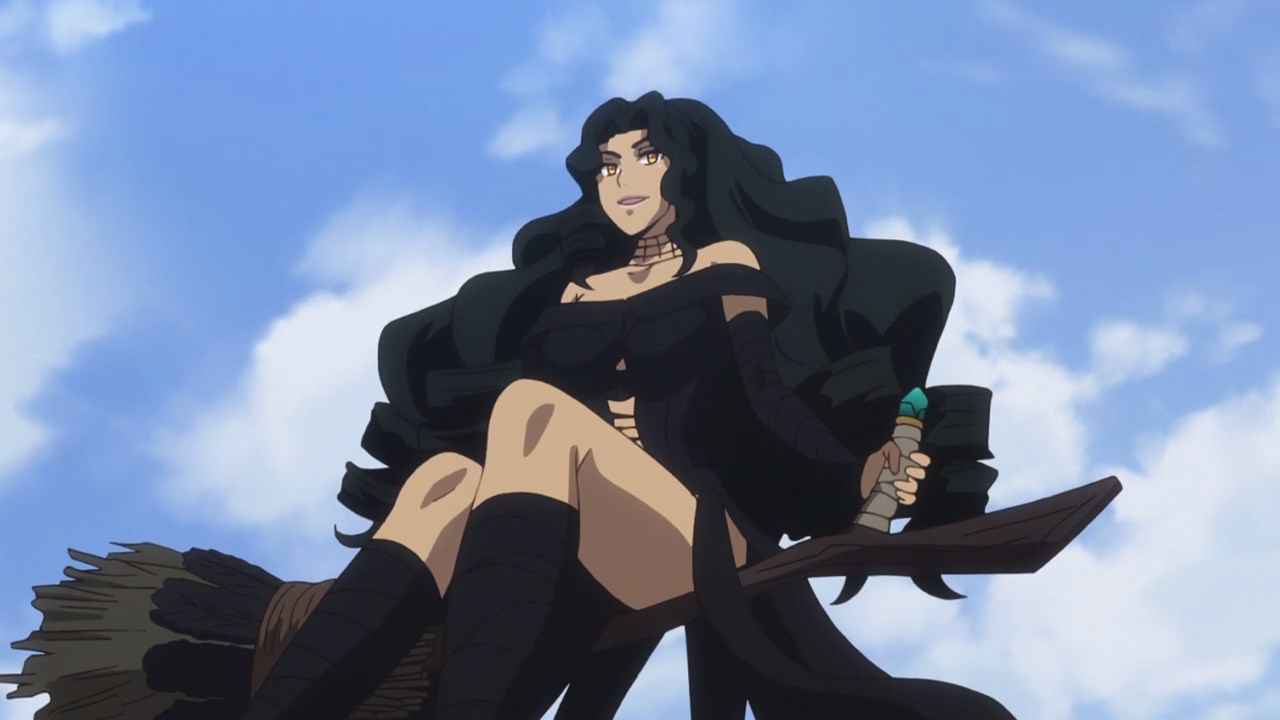 C’mon, she’s confident that both Luna and Emma won’t reach her. After all, Yana is a witch and she has her broom to keep her afloat. I don’t know if her confidence will last though. 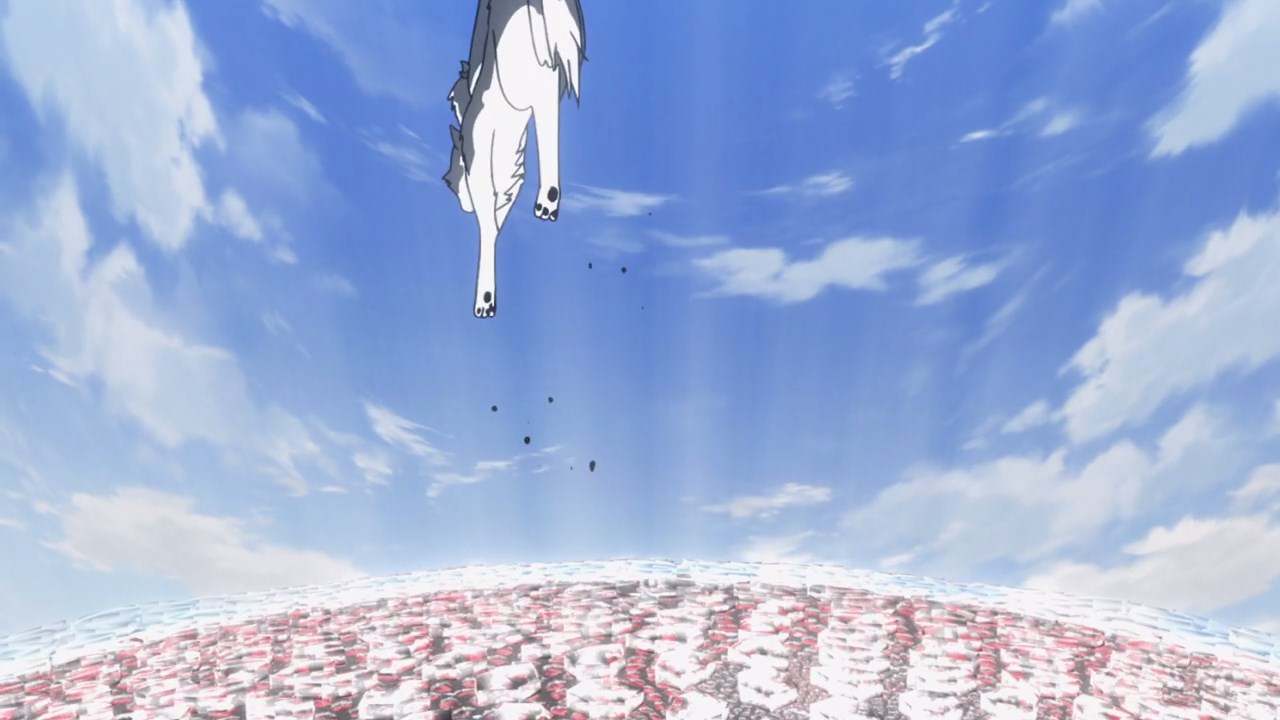 With that said, both Emma and Luna decided that it would be best if they used Baphomet’s barrier as a platform to jump higher… 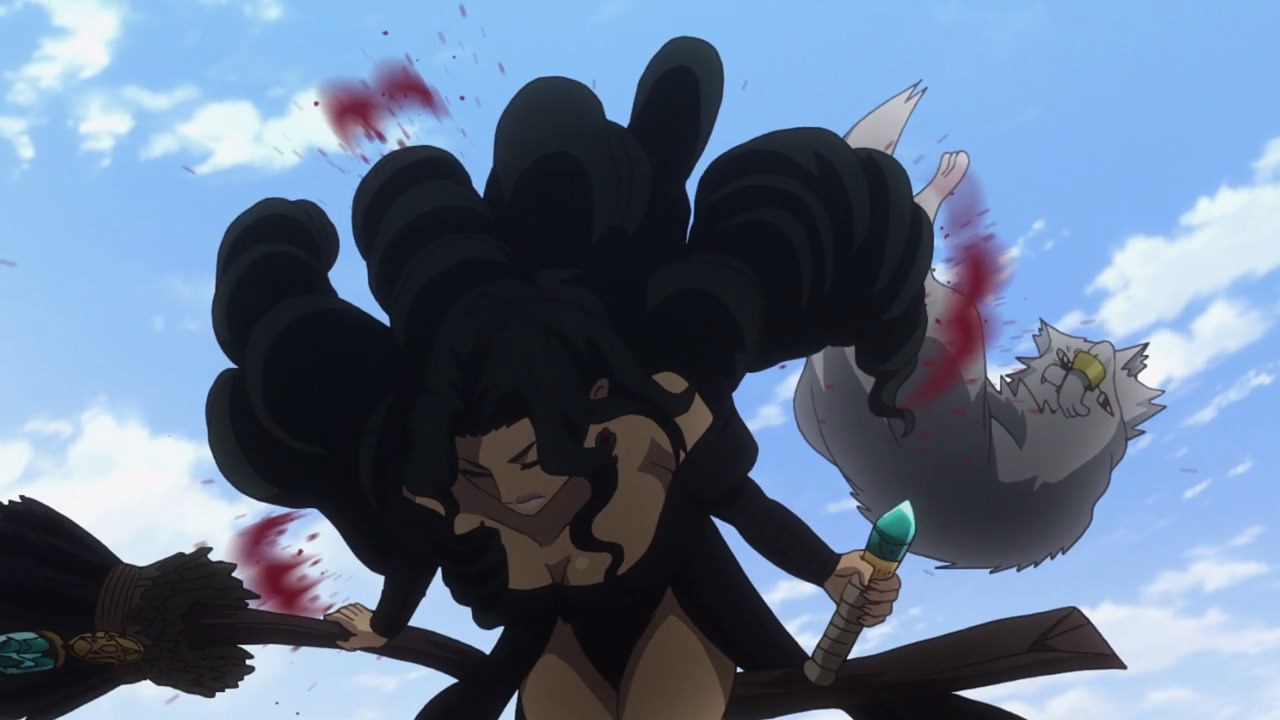 …and pounce Yana in the back. Well, so much for her confidence as the Black Witch’s plan backfired!

Anyways, Yana retreated in pain but she’ll be back for more because Yana haven’t got her revenge against both Siluca and Theo. 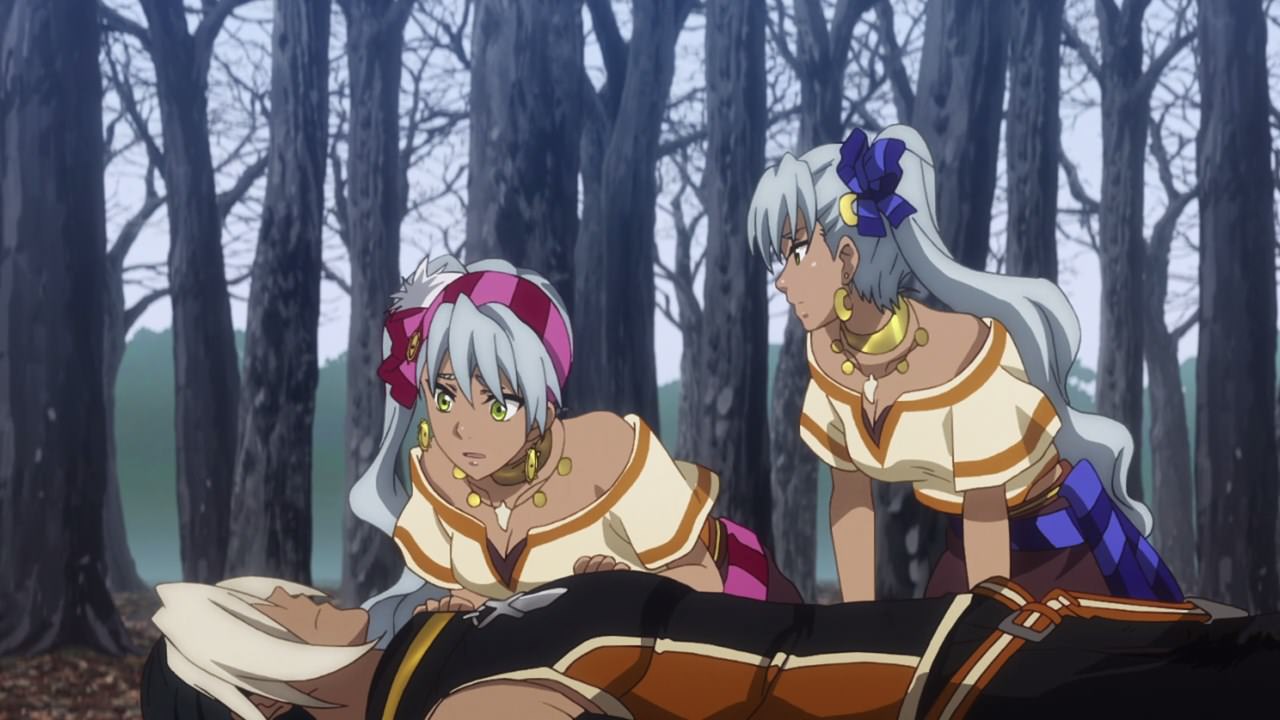 Afterwards, Emma and Luna went to Irvin where he’s about to lose his life. Unfortunately, the wolf sisters can’t do anything but pray that someone will heal him. 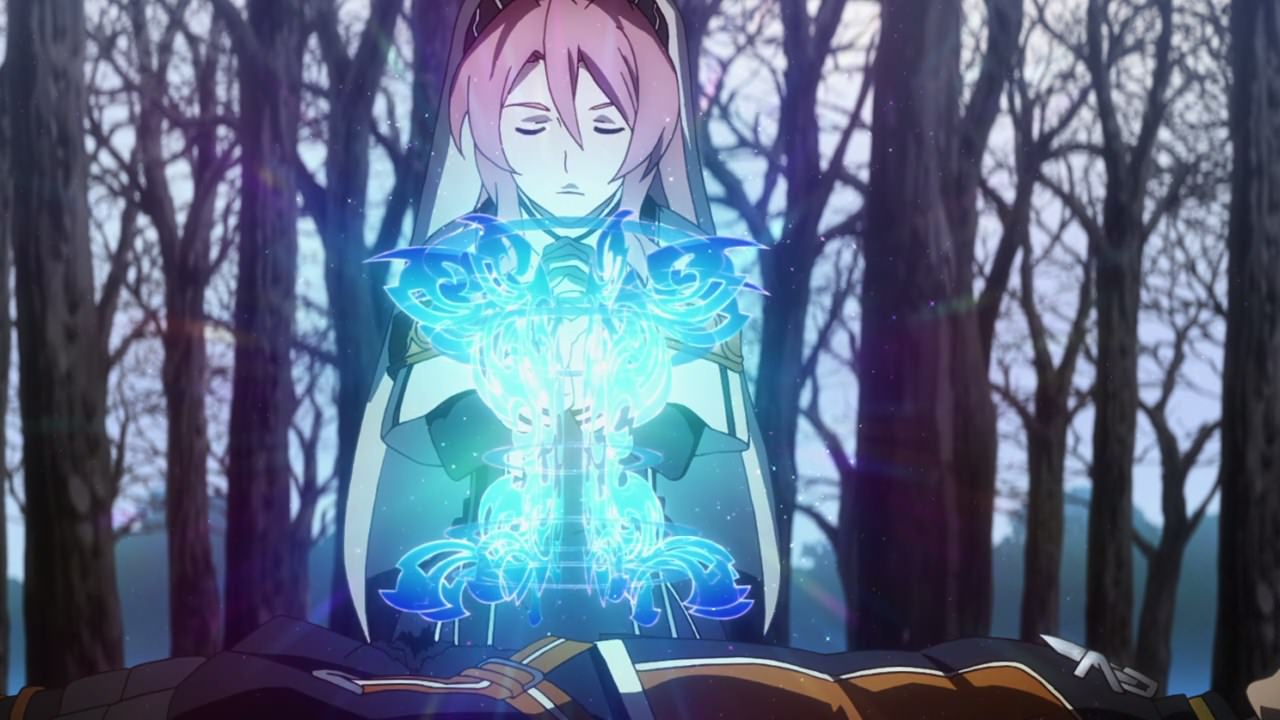 Luckily, Priscilla Farnese came to the rescue as she removed the poison from Irvin’s body. That’s great, but I have a feeling that Priscilla is not acting like her usual self. 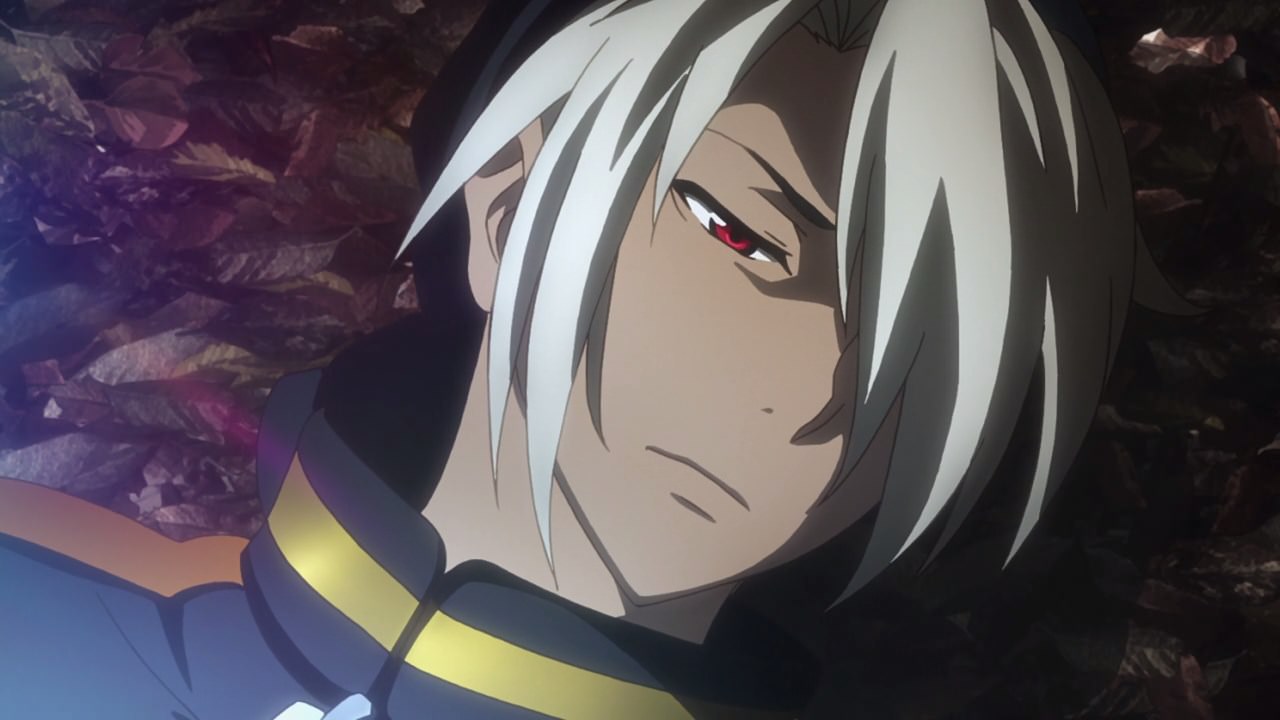 But anyways, looks like Irvin will live to serve Siluca and fight for another day. 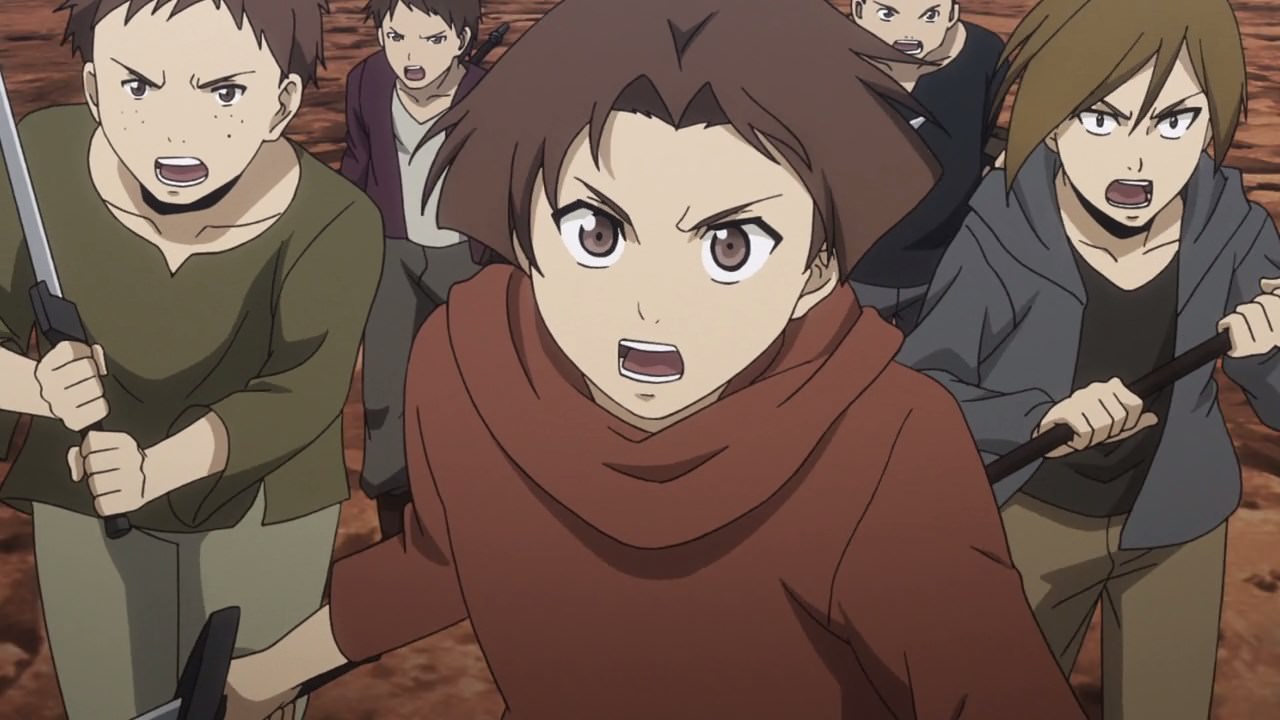 Now let’s go back to the main battle where there’s a shift of balance between the two sides as Theo Cornaro and his army are starting to push Dorni’s forces back.

Sure that most of the soldiers are civilians, especially children, but they’re not afraid of dying until they achieve total victory against the Rossini family. 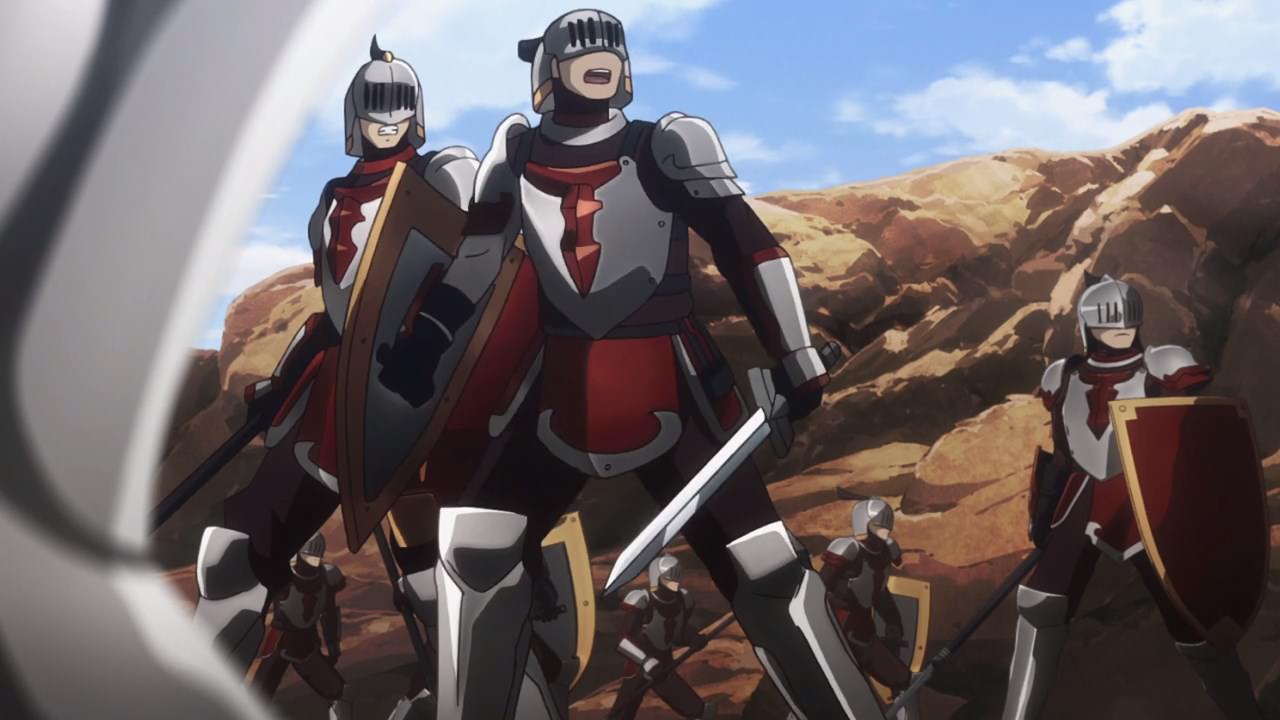 For Dorni Rossini’s soldiers, it appears that their morale is starting to crumble as the Omerta flag is no longer effective. 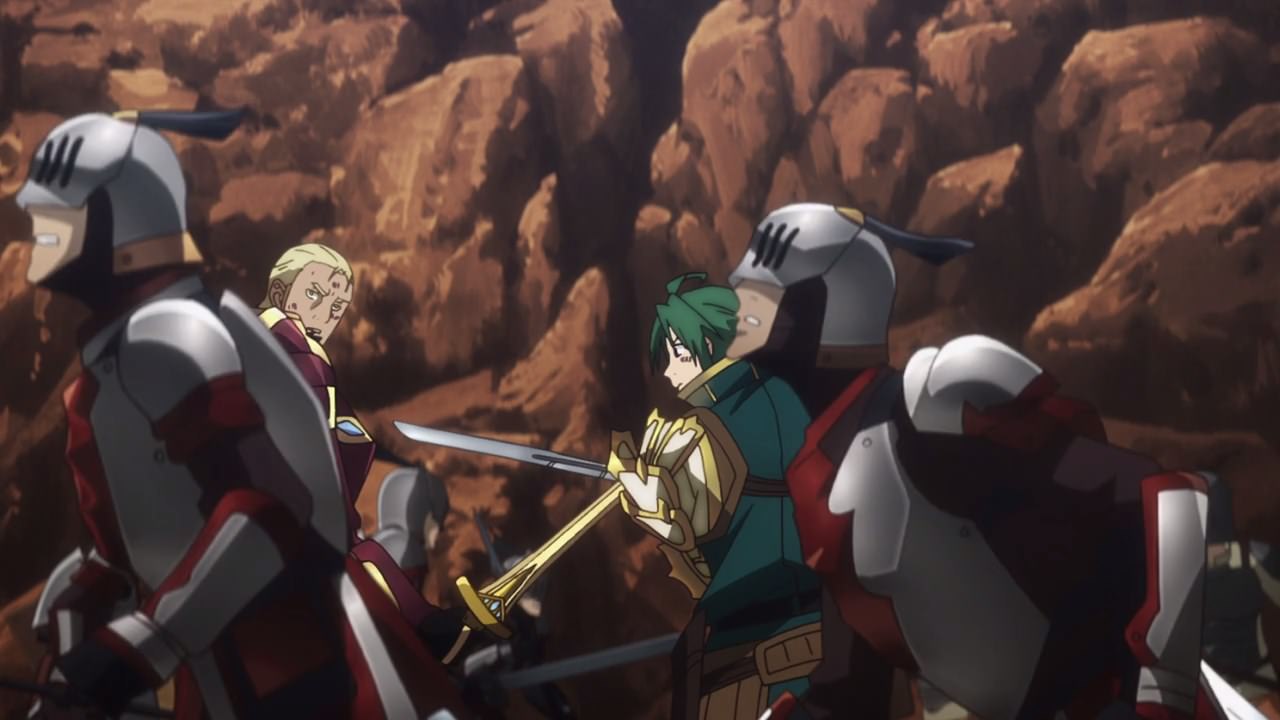 Thus, most of the footmen are running away to save themselves, much to Dorni’s annoyance as his hands are full against Theo.

Then again, it appears that Dorni Rossini looking away from Theo Cornaro might cost him dearly. 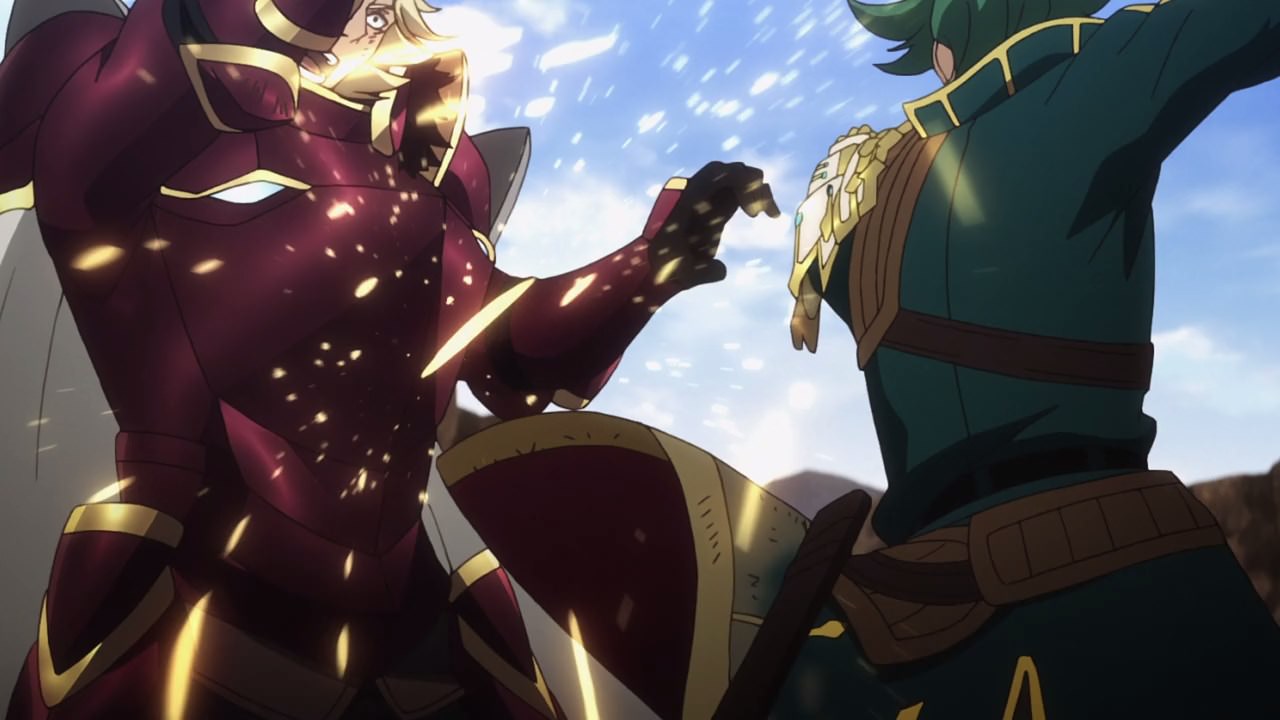 But anyways, Theo Cornaro managed to gain the upper hand against Dorni Rossini by disarming his sword… 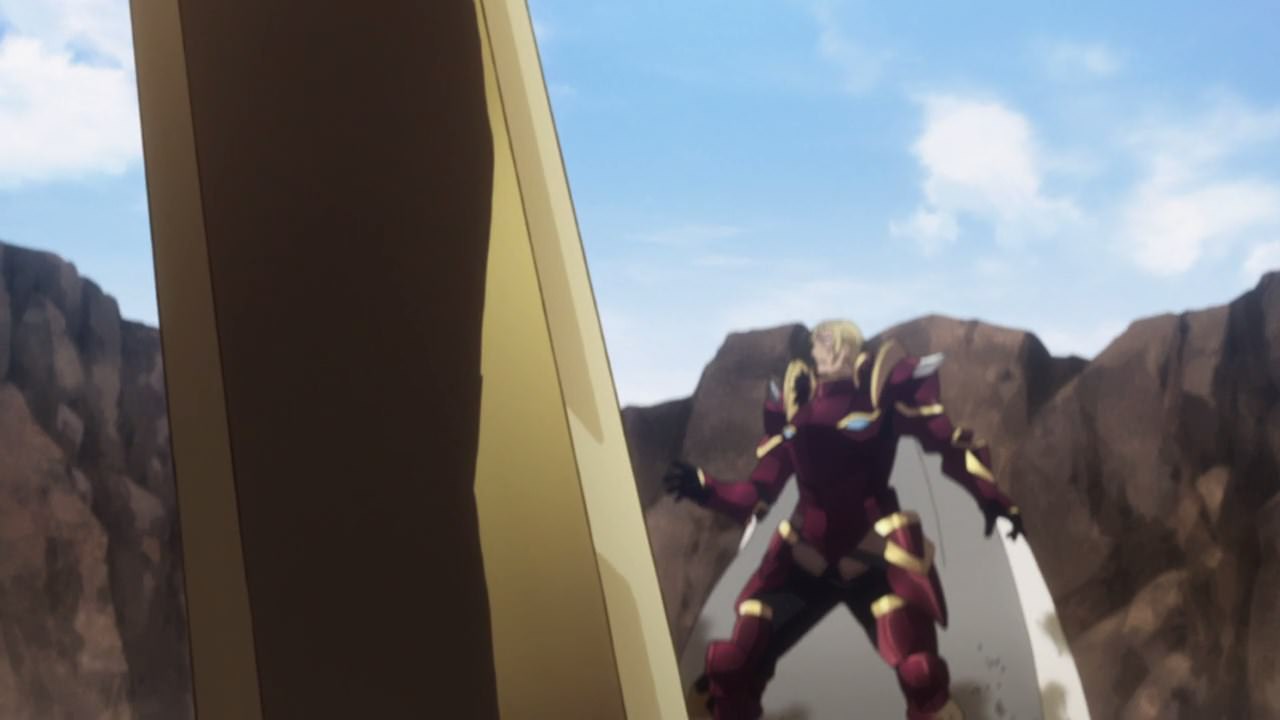 …until it landed somewhere far away from Dorni’s reach. At this point, all he can do is beg for mercy against Theo Cornaro. 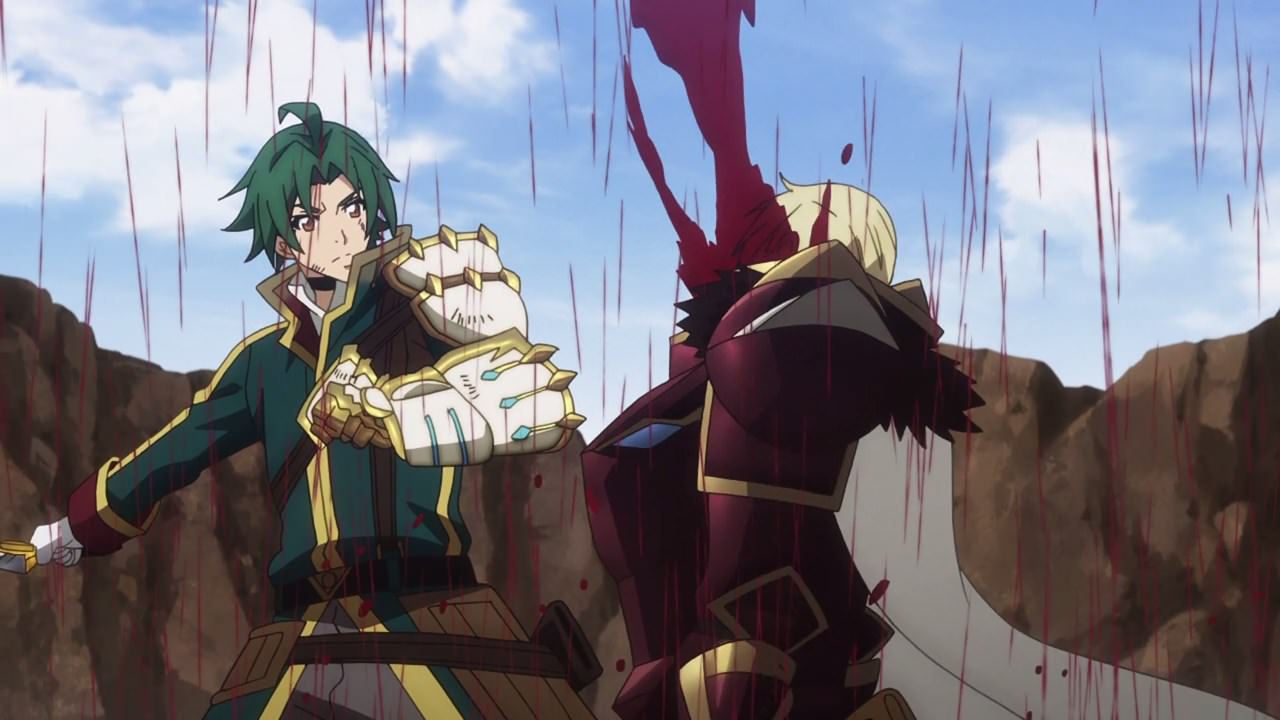 But Theo won’t accept that as he stab Dorni to the throat, killing one of Pederico’s sons in battle.

Well, looks like 2 members of the Rossini family are perished, and now all that’s left is both Pederico and Juzel Rossini. 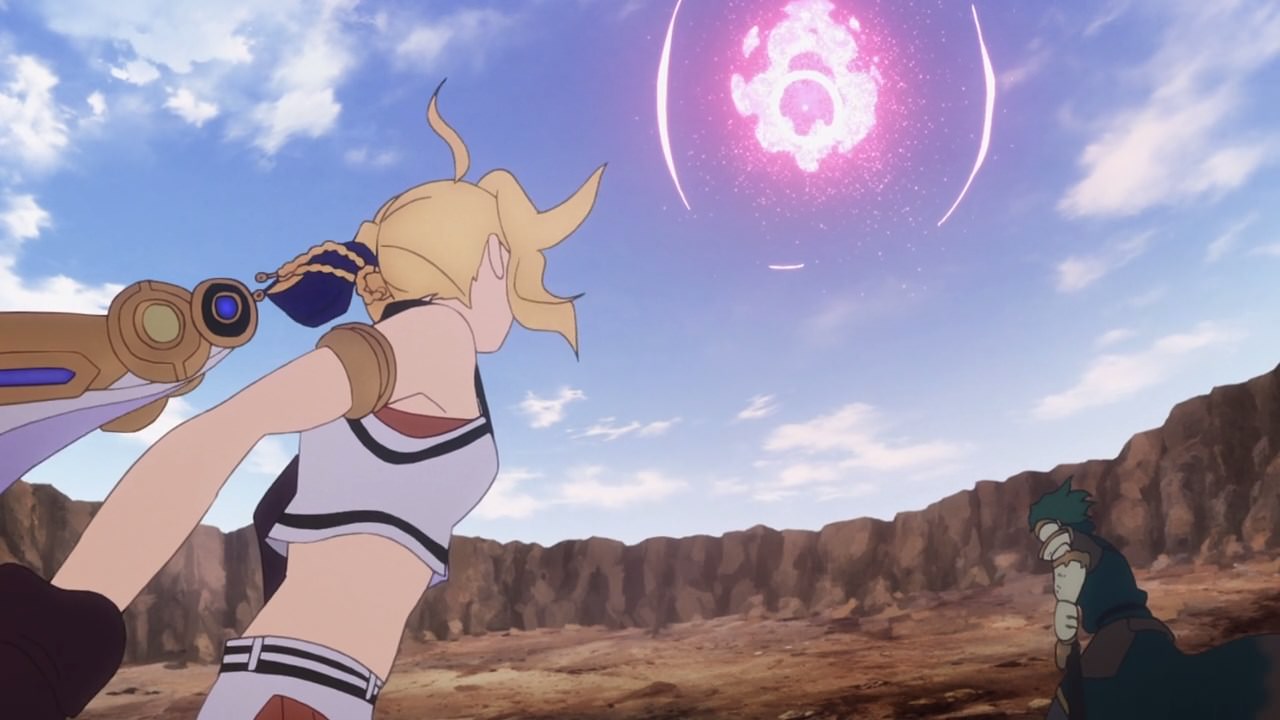 However, it seems that their celebration will be put on hold as there’s one person who wants to ruin it. 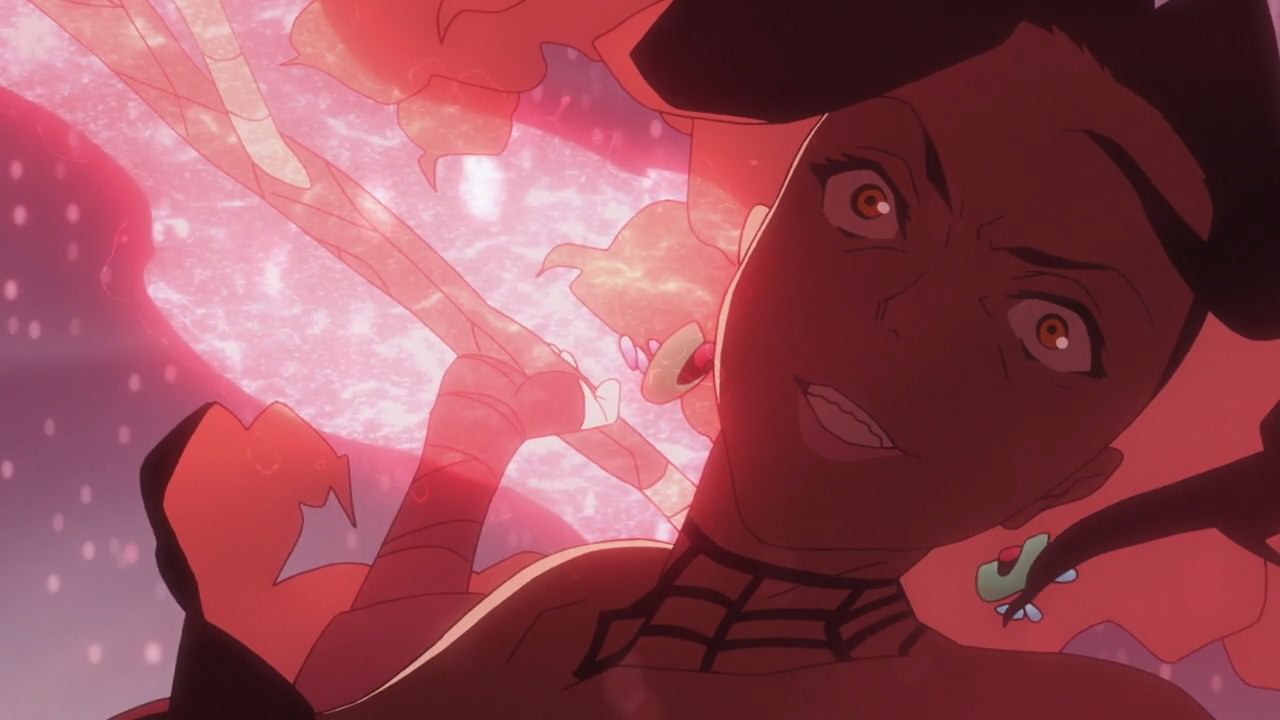 That’s right, it’s Yana the Black Witch as she returned to kill both Theo Cornaro and Siluca Meletes in one fell swoop.

C’mon, look at her face? Yana is very pissed after being pounced by both Emma and Luna! 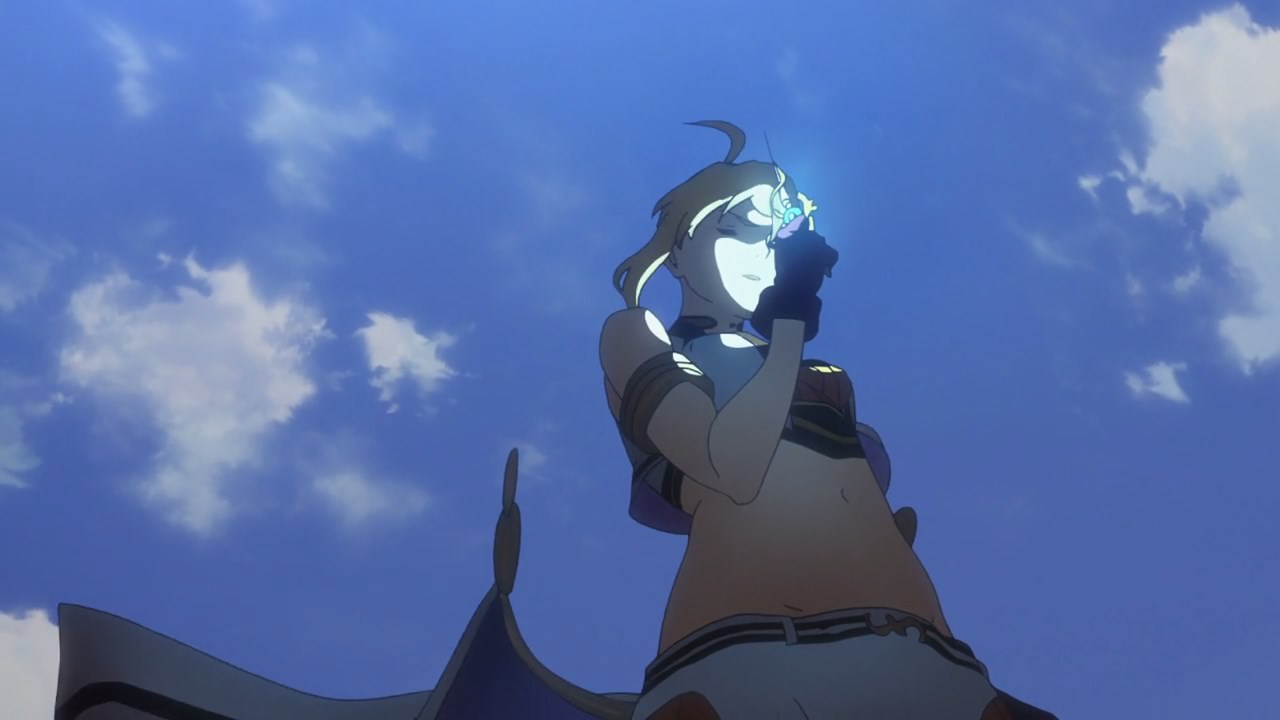 But speaking of Siluca Meletes, she’s casting some magic to counter Yana’s attacks.

I mean, she doesn’t want Theo Cornaro getting killed after winning against Dorni Rossini. 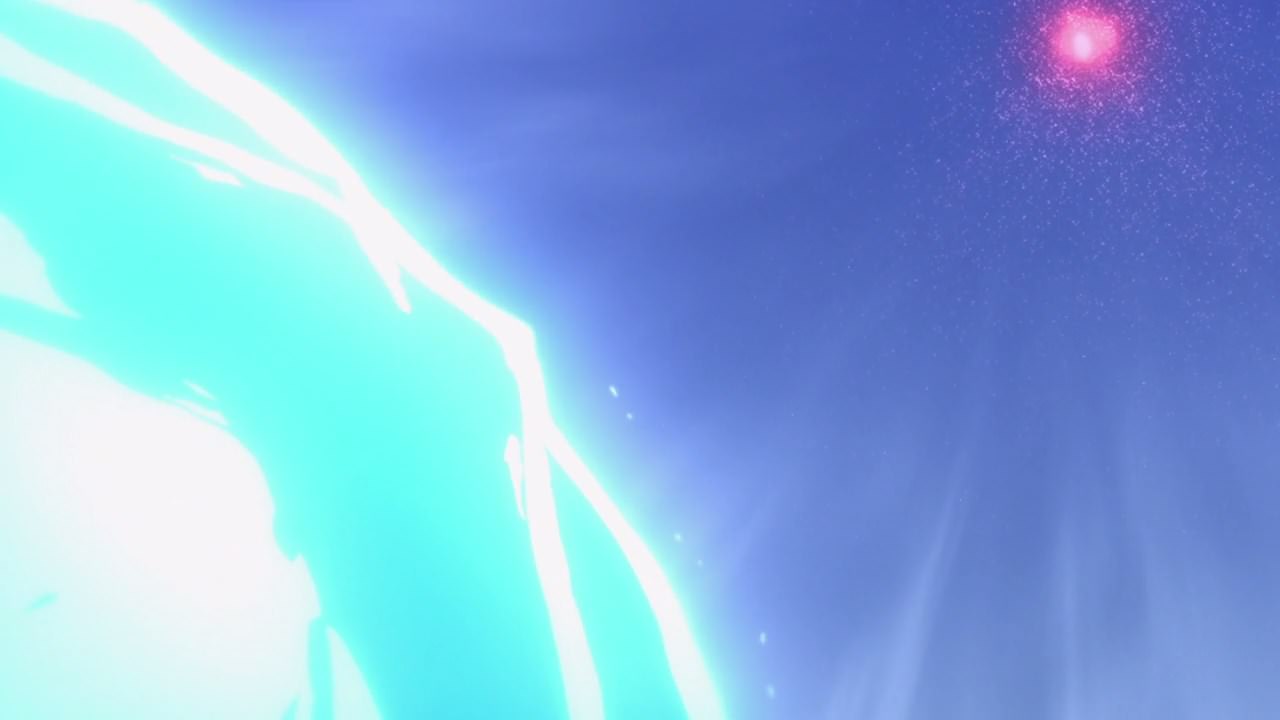 In any case, looks like we’ll have a clash of magic between Siluca and Yana as they launch their respective attacks and they’re about to collide. 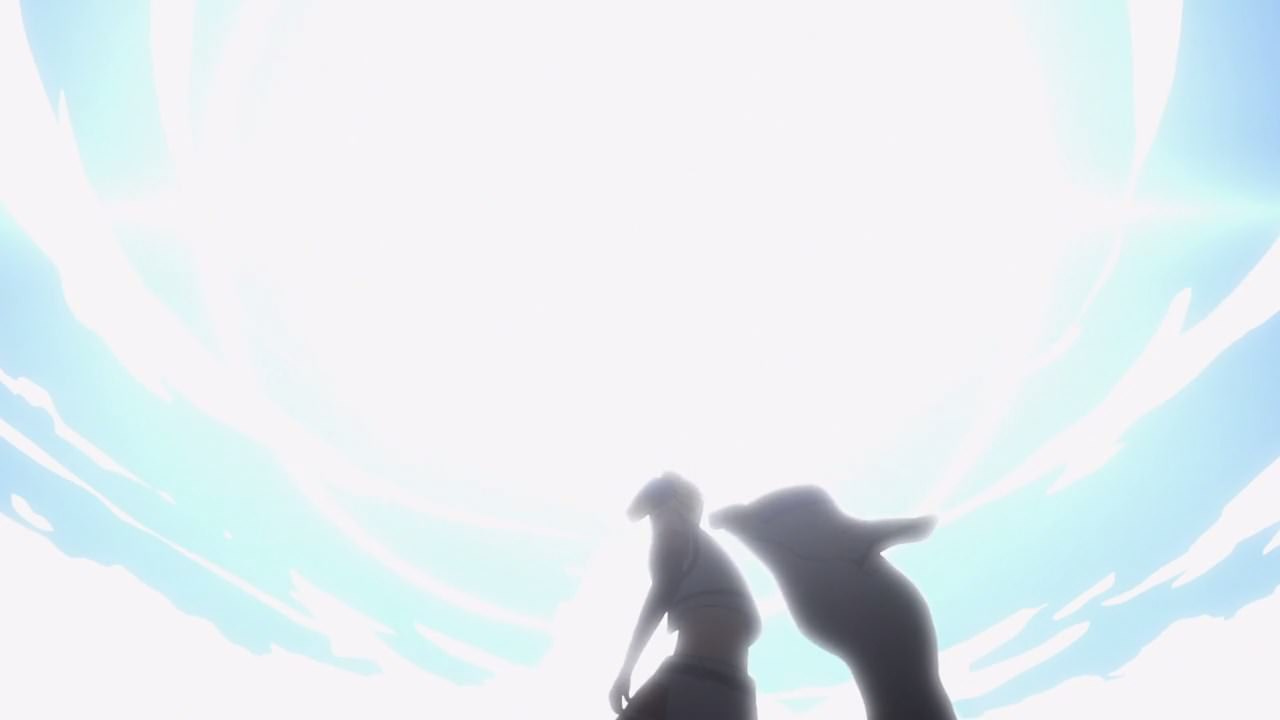 Good thing Siluca’s magic is stronger as it explodes into a giant ball that’s bigger and brighter than the sun. 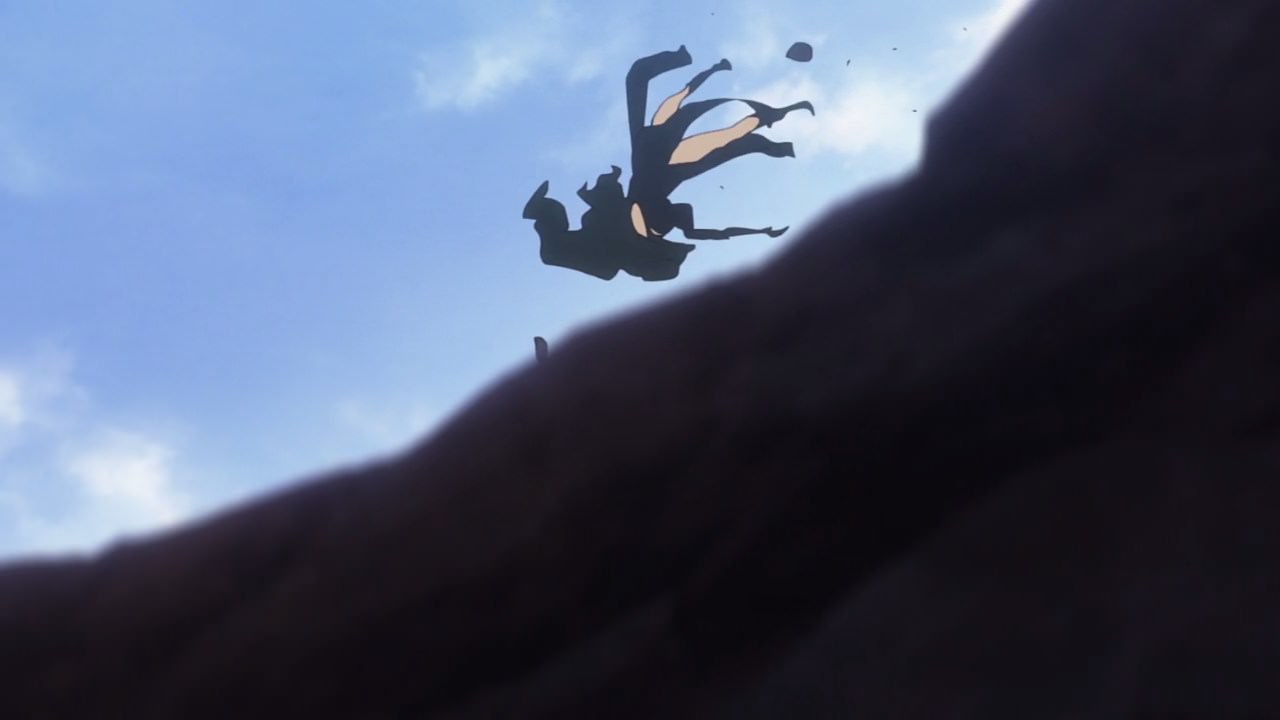 But as for the Black Witch, seems that Yana took a hard fall after being caught in an explosion. Um, I don’t think she’ll survive that fall!

Regardless, Siluca ordered Aishela to take Yana into custody, although the Artist has some second thoughts about it. 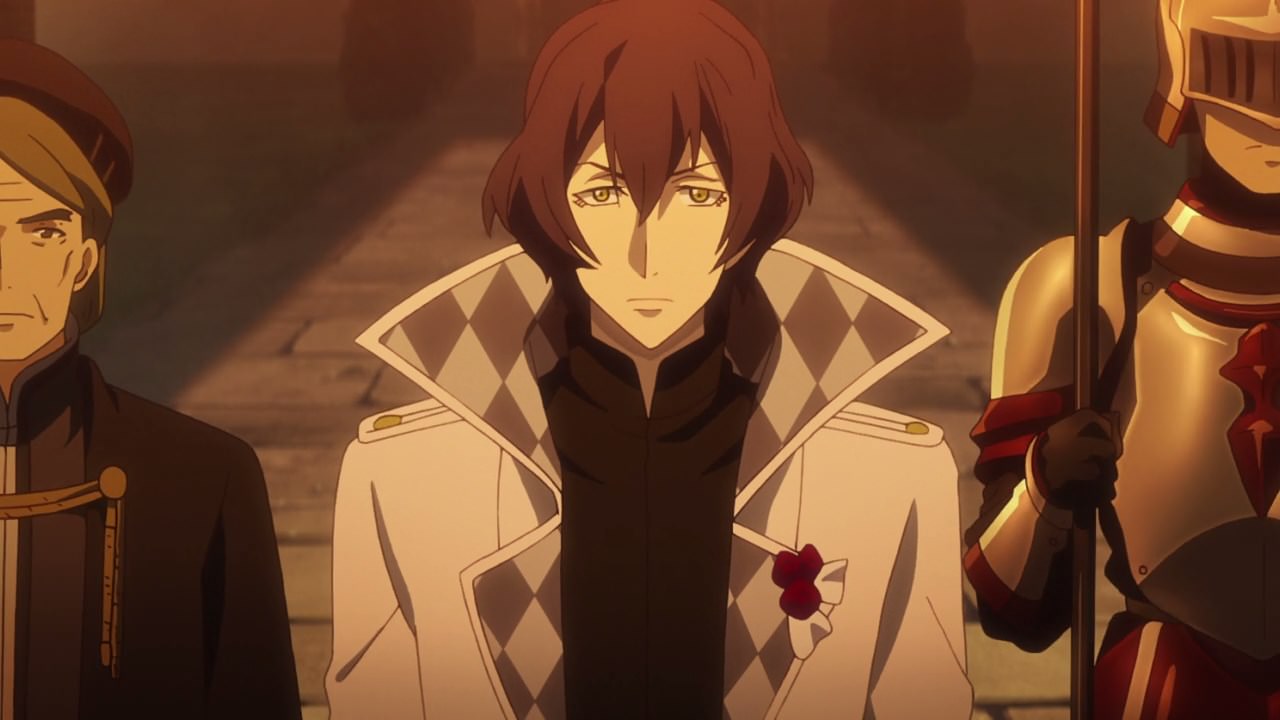 After the battle, Theo Cornaro and his army went to the capital where they expect Pederico Rossini to come out of his castle and meet his fate, but his son Juzel appeared instead.

In any case, Juzel asked Theo to spare his life even though the Rossini family caused more harm to the people of Sistina, especially Pederico where he led the island with an iron fist. 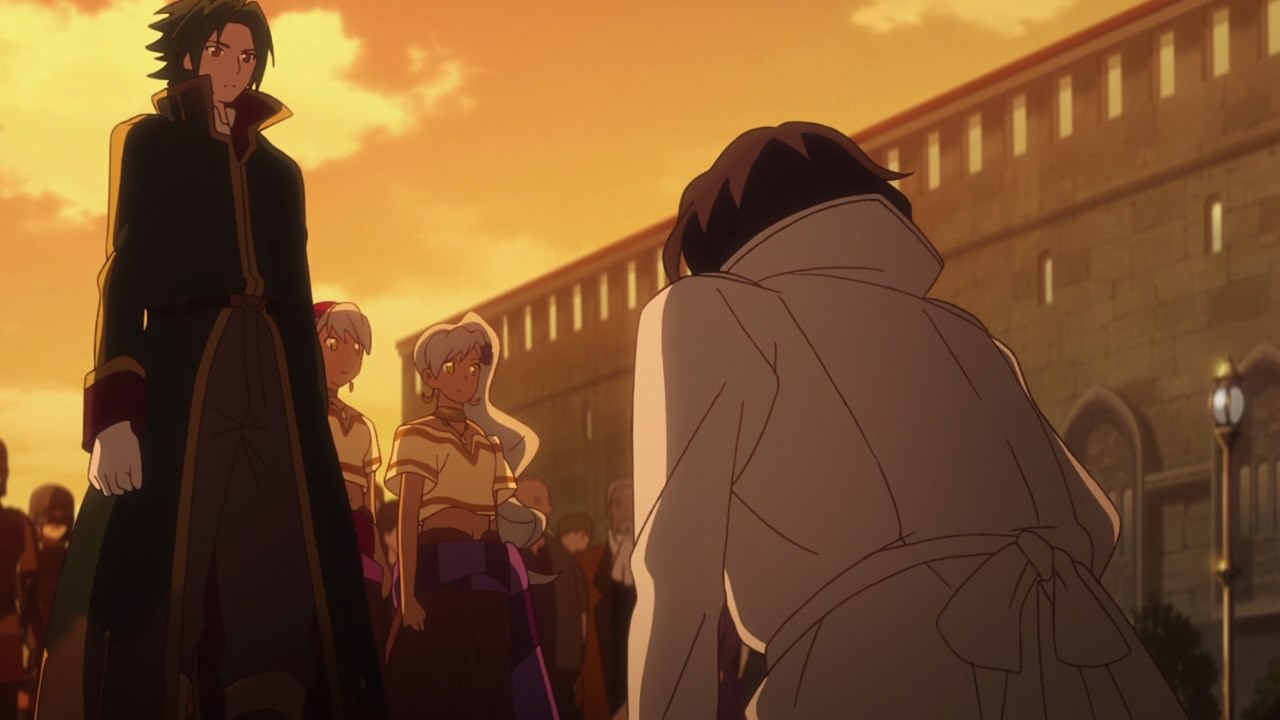 In exchange for sparing his life, Juzel Rossini will pledge allegiance to Theo Cornaro, which he agreed since he doesn’t want to shed more blood in Sistina.

As for Pederico Rossini, we don’t know what happened to him. Did he committed suicide or fled to another country? Whatever his fate is, Pederico’s fortunes and title as a lord is no more. 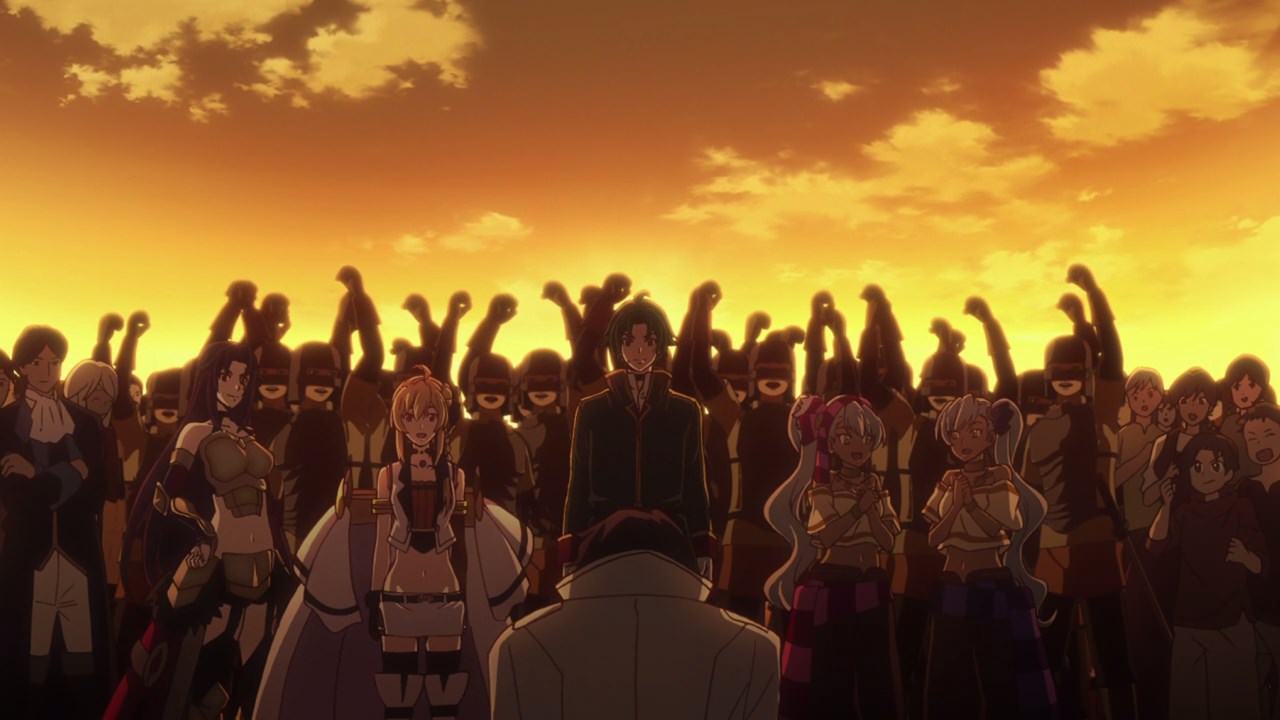 But that’s the end for this week’s episode and man, Theo Cornaro kept his promise and liberated Sistina from the Rossini family. I must say that Theo and his allies did a great job of rallying the citizens to rebel against Pederico Rossini and his sons, of course I’m worried about Aishela as she has a hidden agenda.

Now that Theo Cornaro has managed to liberate his homeland, it’s time to show to the lords from the Fantasia Union that he’s worthy to lead them against the Factory Alliance. I can’t wait to see that on the next episode!