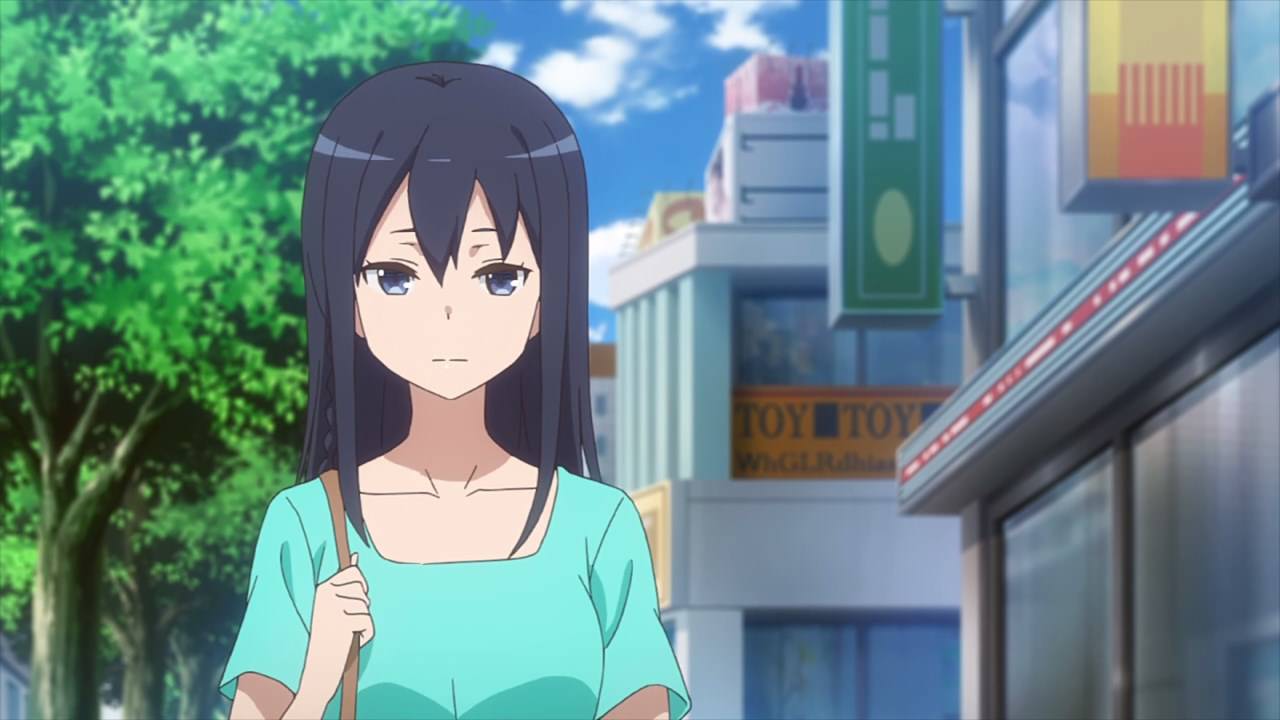 This is Karen Kohiruimaki, a country girl from Hokkaido who moved to Tokyo as a college student. She doesn’t have hobbies and she only has a few friends, which makes Karen a normal girl. 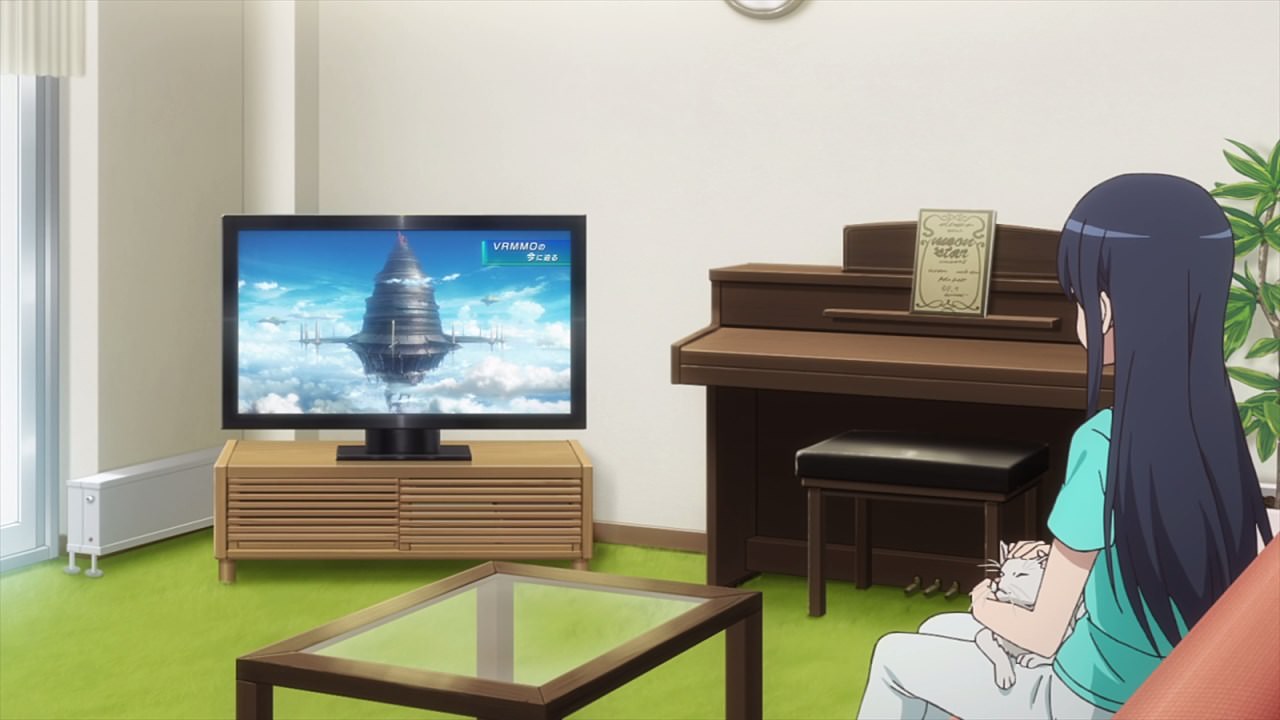 That’s until she decides to try out VRMMO after seeing the news of how the Sword Art Online incident happened 2 years ago, which it paved way for VR headset manufacturers to create a safer version called the Amusphere, as well as the introduction of “The Seed” that regained interest in VRMMOs afterwards. You may thank Kirito for that. 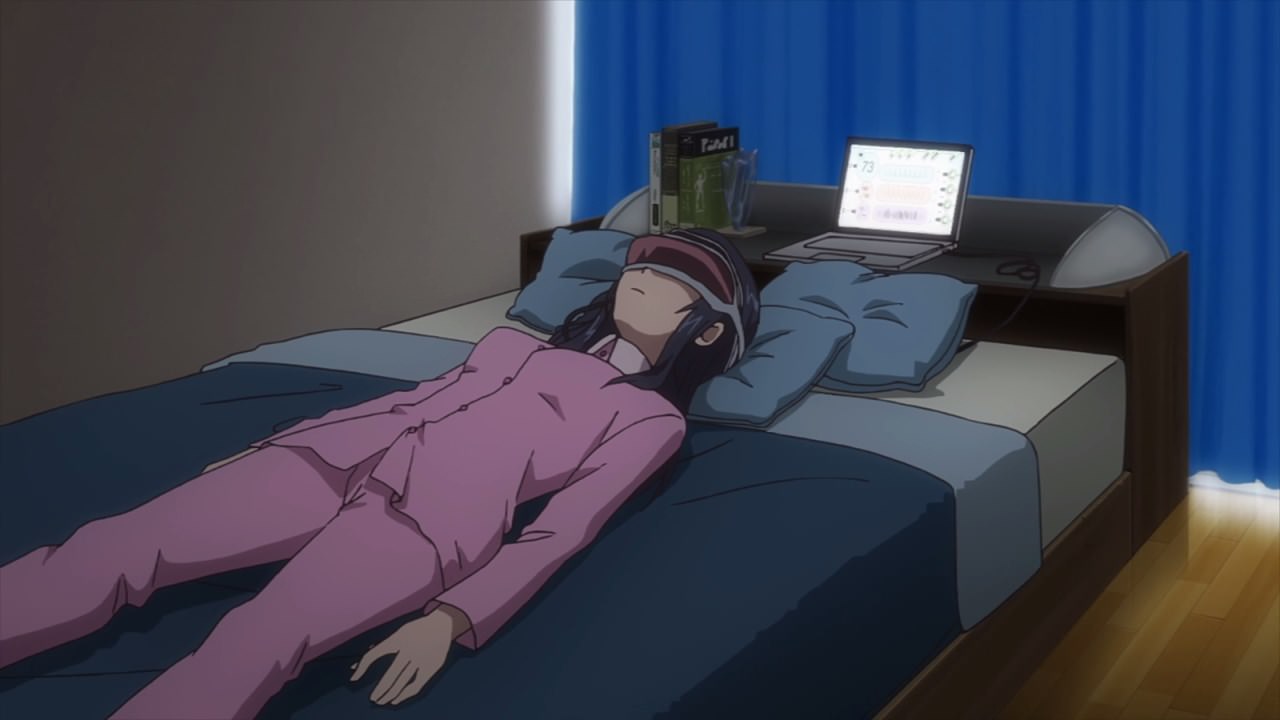 But anyways, Karen Kohiruimaki was interested on trying out a VRMMO for herself, so she bought an Amusphere and an copy of Alfheim Online after hearing a recommendation from her friend. 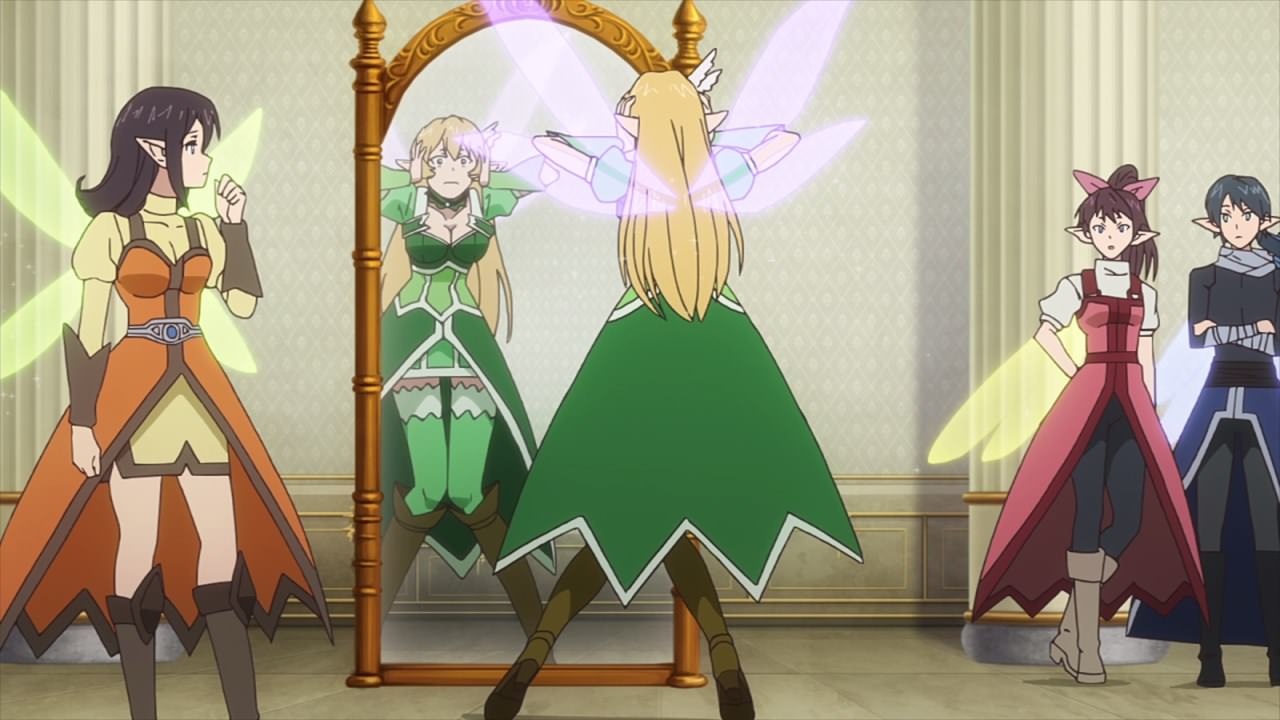 Unfortunately, her first VRMMO did not go smoothly as Karen (or LLENN) was horrified that her avatar resembled that of Leafa.

Just kidding, it turns out that Karen Kohiruimaki is very conscious about her height that being tall is a nuisance. So yeah, she doesn’t like being tall online much like in real-life. 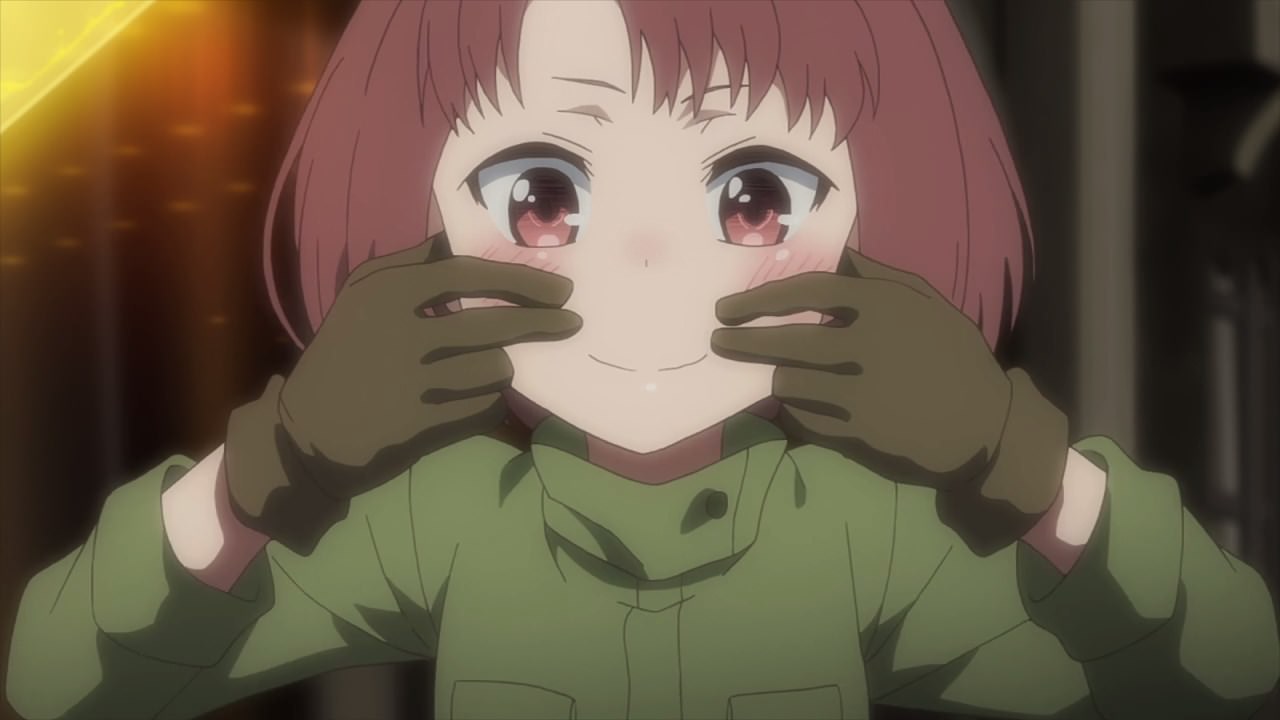 And after transferring various VRMMOs, LLENN settled in on a game called Gun Gale Online where she became a small girl, much to her delight.

Of course, playing GGO won’t be all fun and games. C’mon, this world is grim-dark y’know! 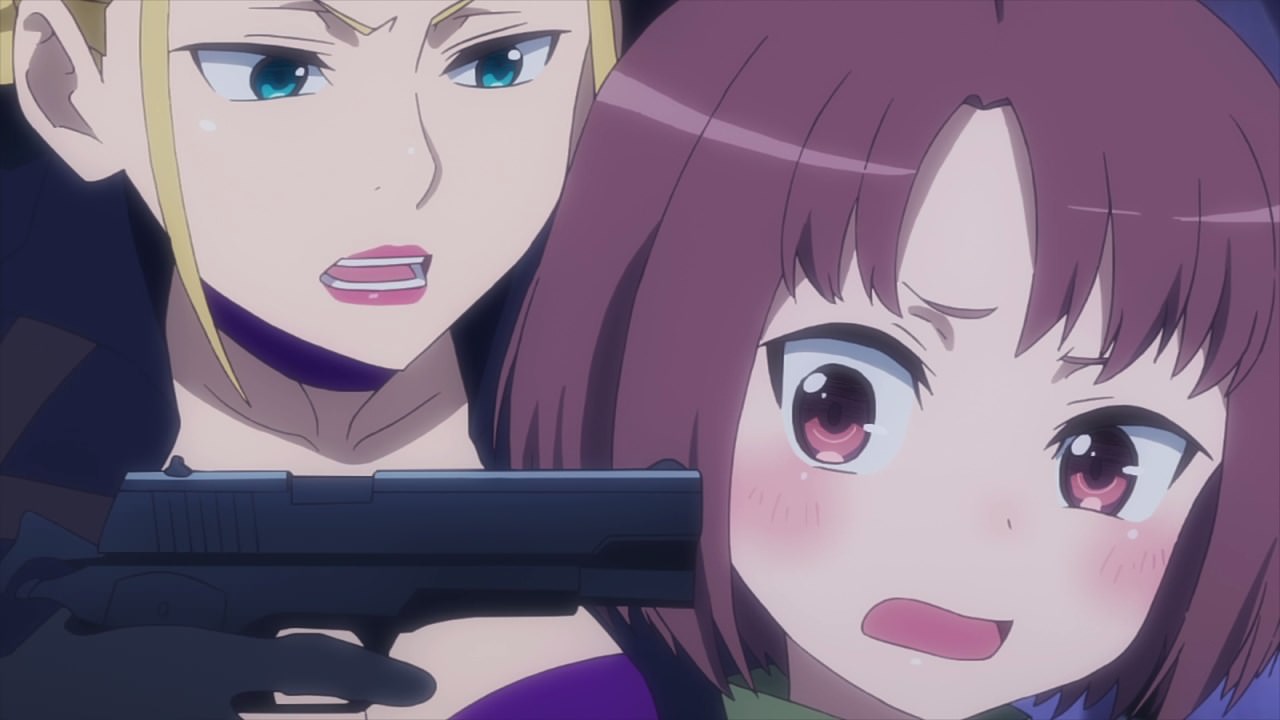 So, LLENN learned the ropes from Ms. Sergeant Nasty on how to play Gun Gale Online, and try to survive this world by teaching her how to handle guns.

What, is she gonna teach LLENN how to use swords? Nah, that’s useless on this game unless you’re a certain character who became famous for rescuing players in both SAO and ALO! 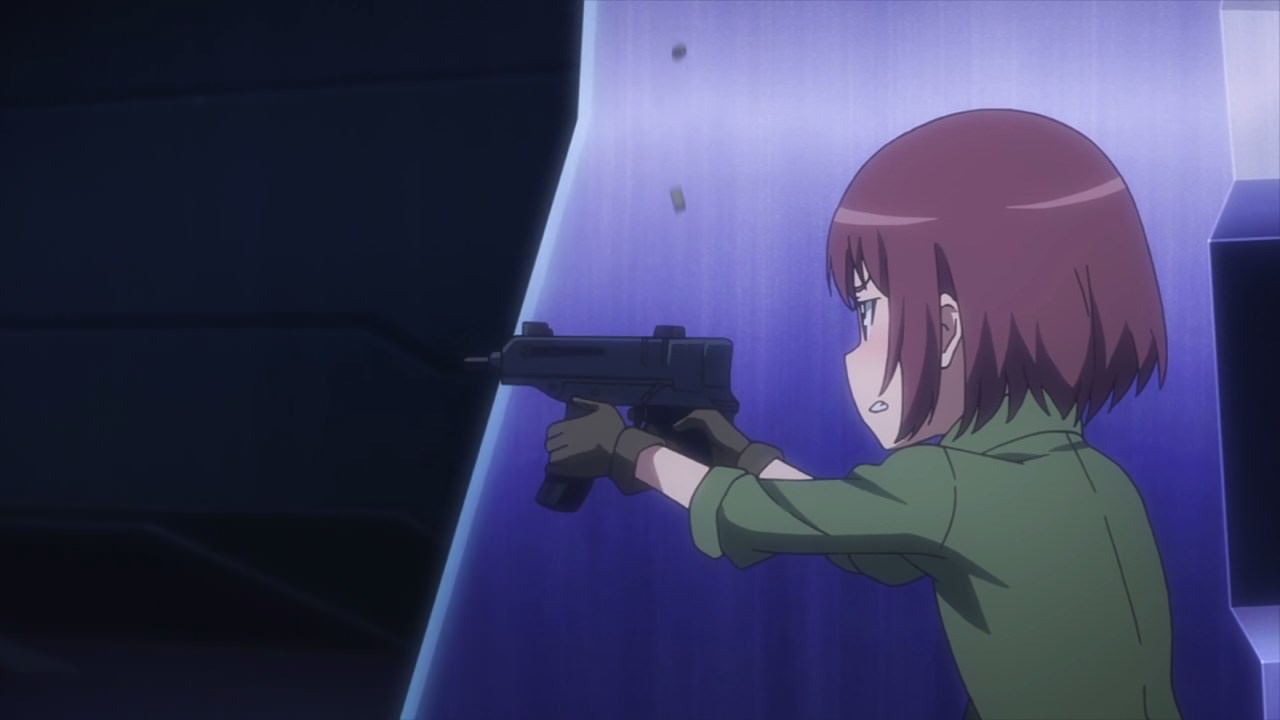 With that said, LLENN went through hell as she learned how to aim and fire her weapon, mostly sub-machine guns as she found it cute.

Wow, every small thing that she sees is cute, even if it’s deadly! 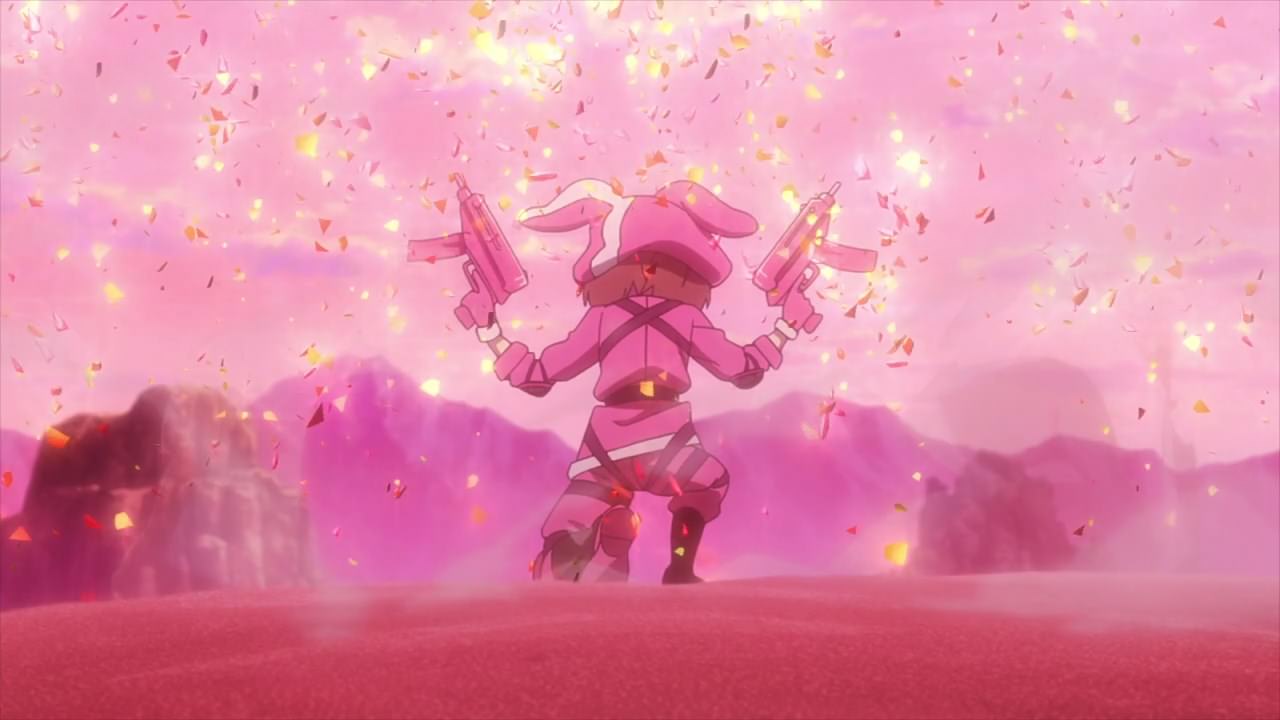 And after some extensive training, LLENN went from being a newbie into the most feared player in GGO, earning the nickname “Pink Devil”.

As you can see, LLENN wears pink overalls and wielding two pink-colored Škorpion vz. 61 sub-machine guns, perfect for camouflage when the entire area has a pink sky. Hell, you can’t even see her from miles away. 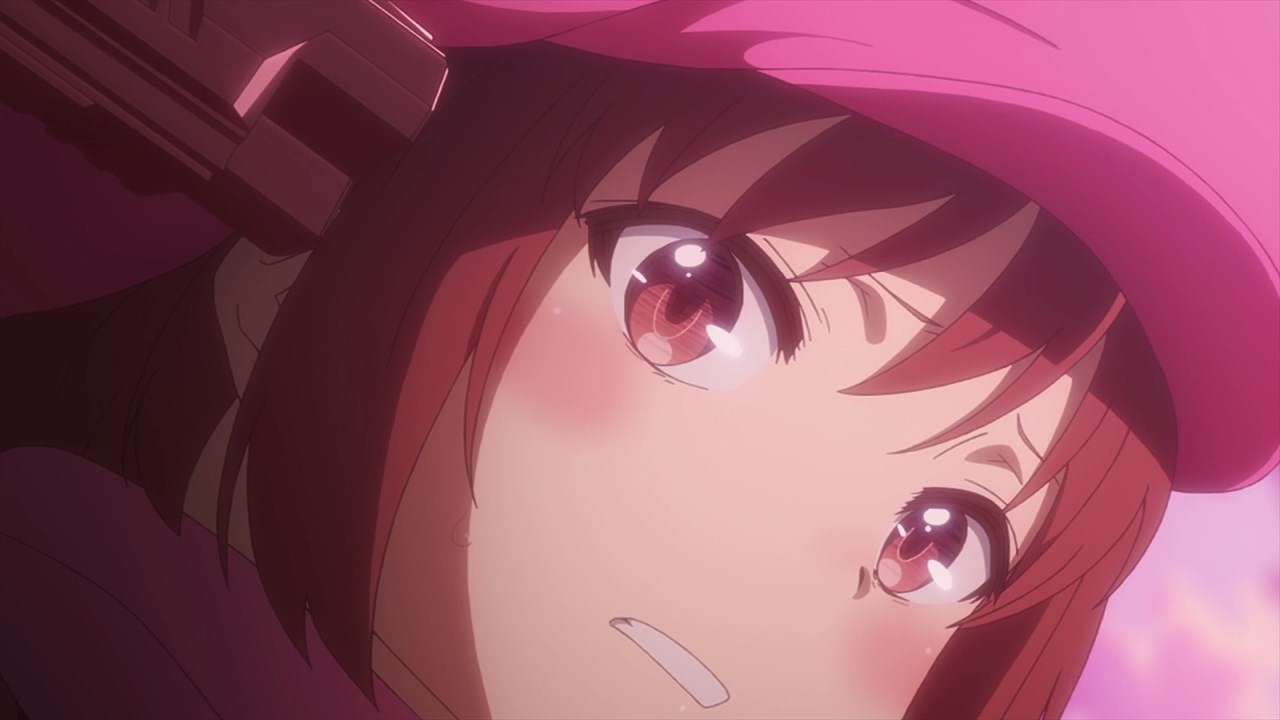 Then again, seems that one player saw LLENN’s tricks as the Pink Devil is about to get shot in the head. 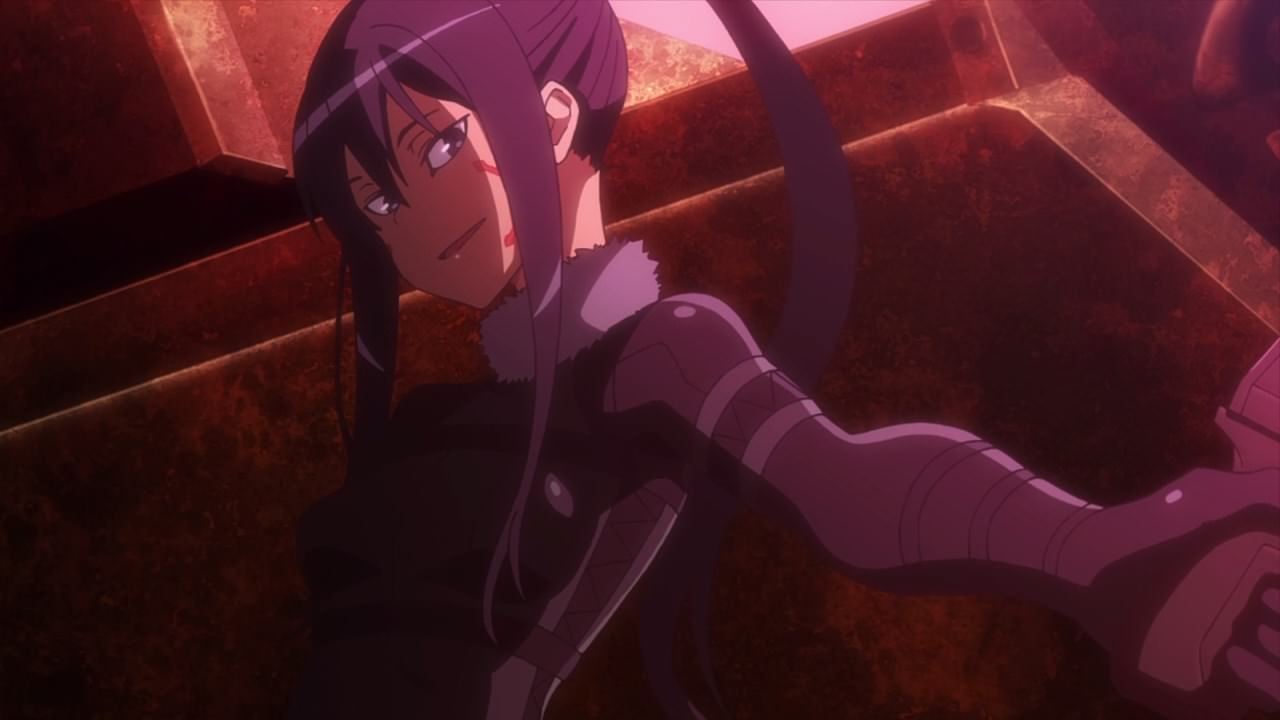 This is Pitohui or Pito for short as she’s interested on LLENN ever since the rumors surrounding her achievements as a player killer.

Of course, Pito won’t shoot LLENN for the time being as she wants to become friends with the Pink Devil. Well, that was a sigh of relief there! 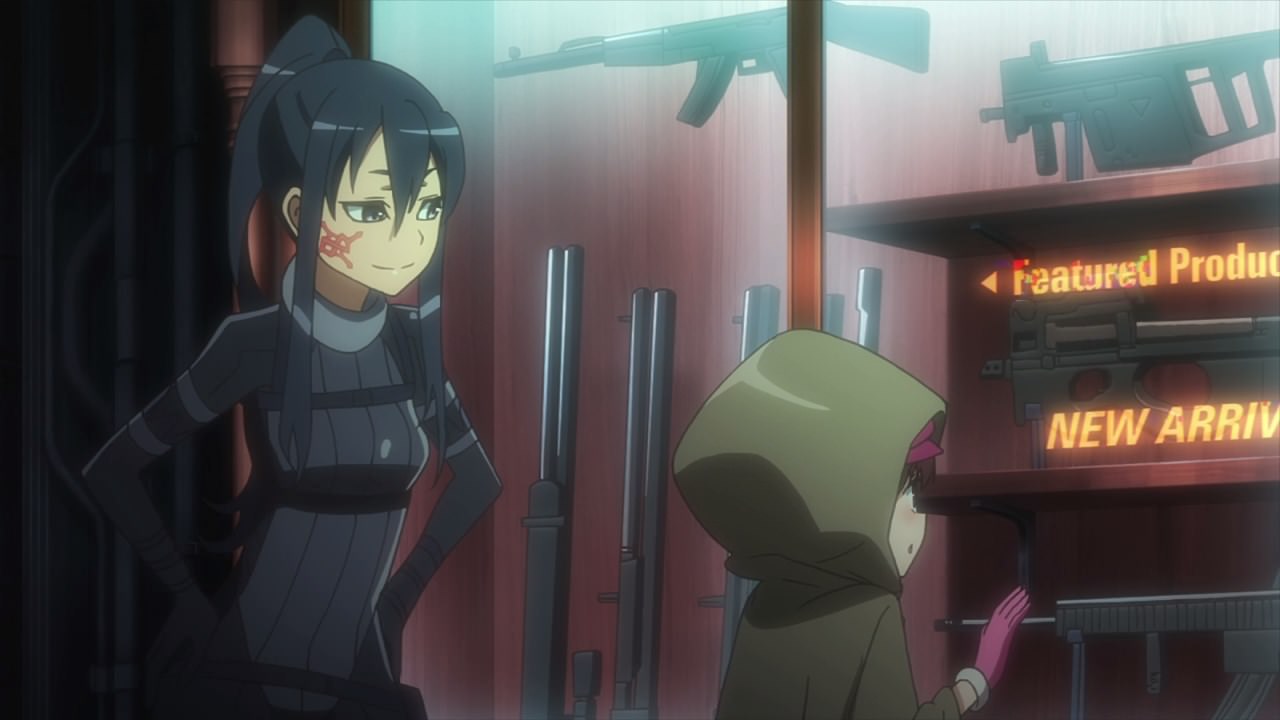 With that said, Pitohui and LLENN became online buddies as she shows the Pink Devil on some of the cool stuff that she found, like this brand-spanking FN P90 sub-machine gun. 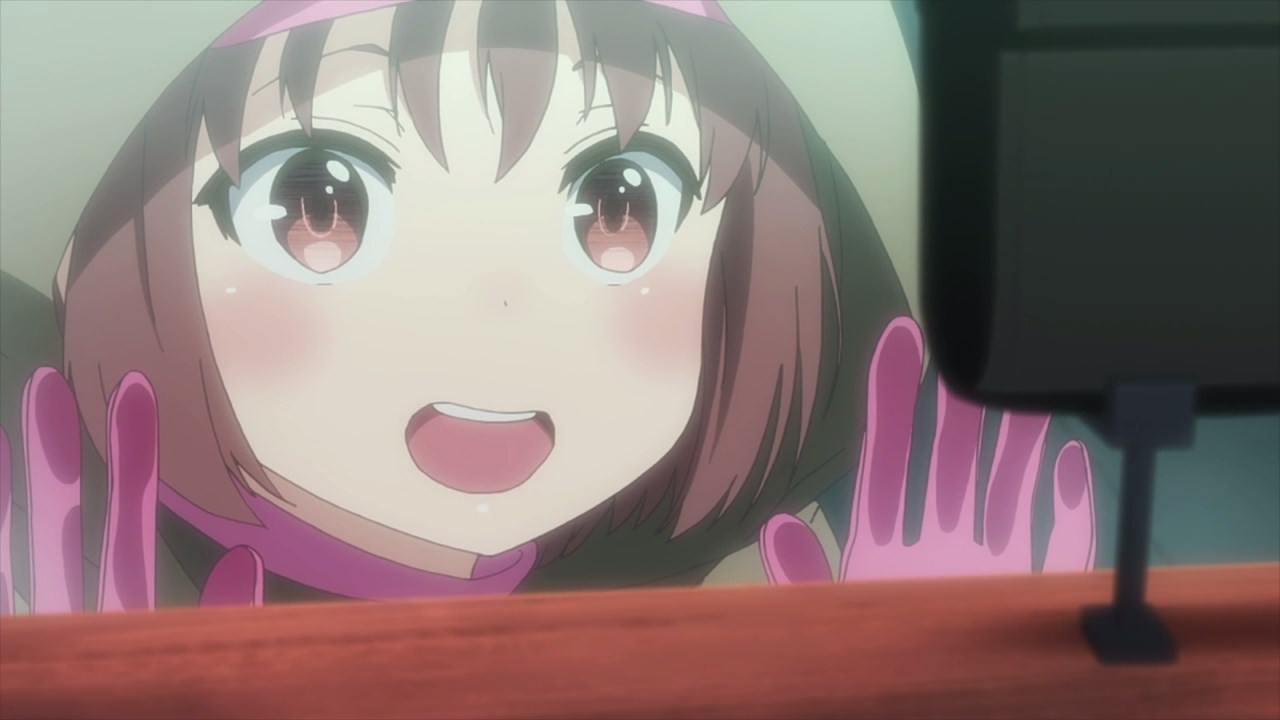 And once LLENN saw the P90, she’s eager to buy one, paint it pink, and call her new weapon as P-Chan. And that’s how the legend of LLENN was born.

But that’s the end of this week’s episode and it’s interesting to see how Karen Kohiruimaki went from a college student into one of the fiercest players in Gun Gale Online. Of course, LLENN will put her skills to the test as she’ll compete in Squad Jam where Pitohui will join that tournament.

So with that said, good luck to both LLENN and Pito as I’ll see you next time!