Hey everyone, here’s Kaoru Mashiko as she’s being yelled by Sana Maniwa on the phone for insubordination.

I mean, she and her team of toji are at the Gunma prefecture to find some aratama and suppress it, not to take a vacation. 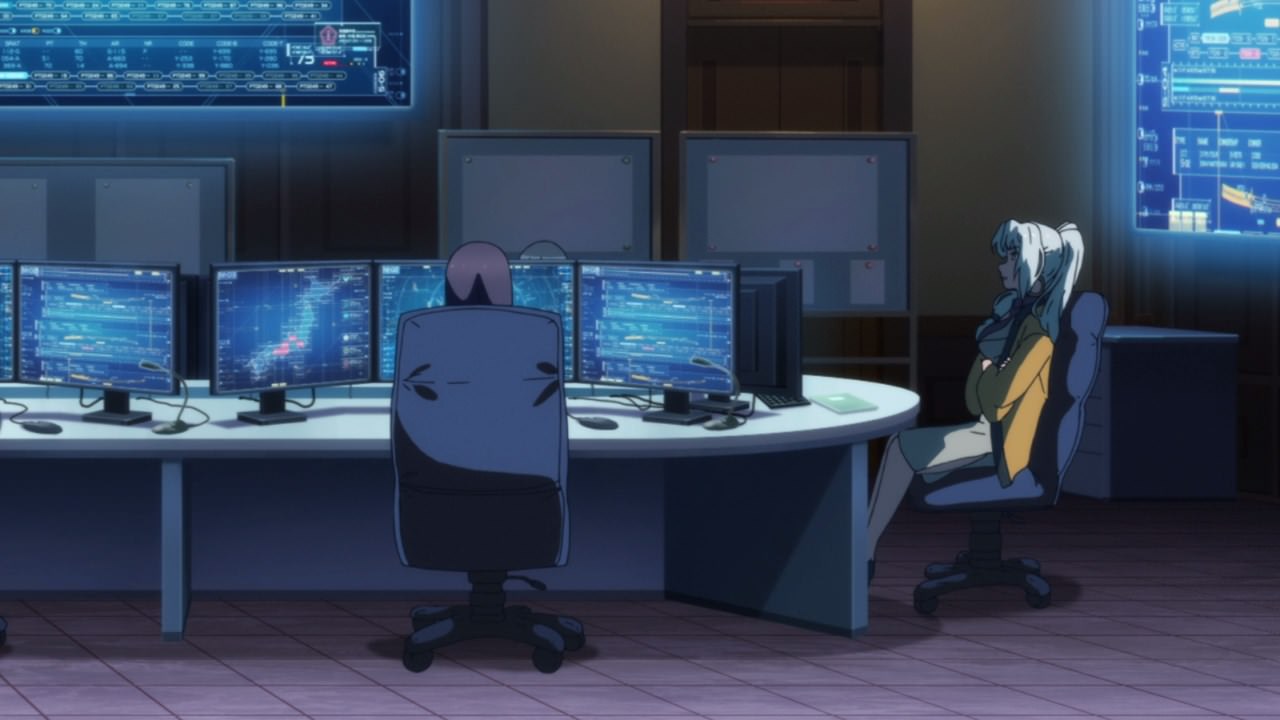 Speaking of Sana Maniwa, she told Kaoru that there’s a special backup coming up real soon. I’m hoping that this toji would be more competent than Mashiko. 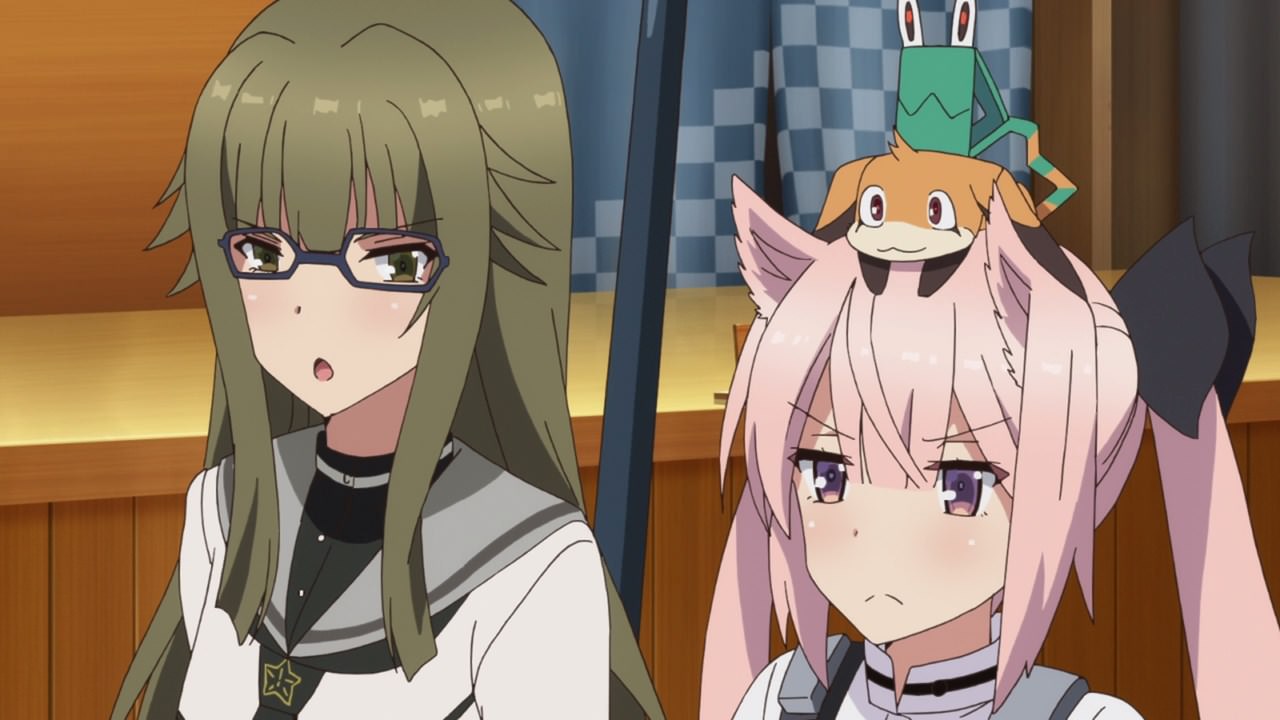 Anyways, let’s move onto the next scene where Kaoru Mashiko acts like a leader to her fellow toji, even though they already knew that she’s ditching her job. Now then, time for a roll call… 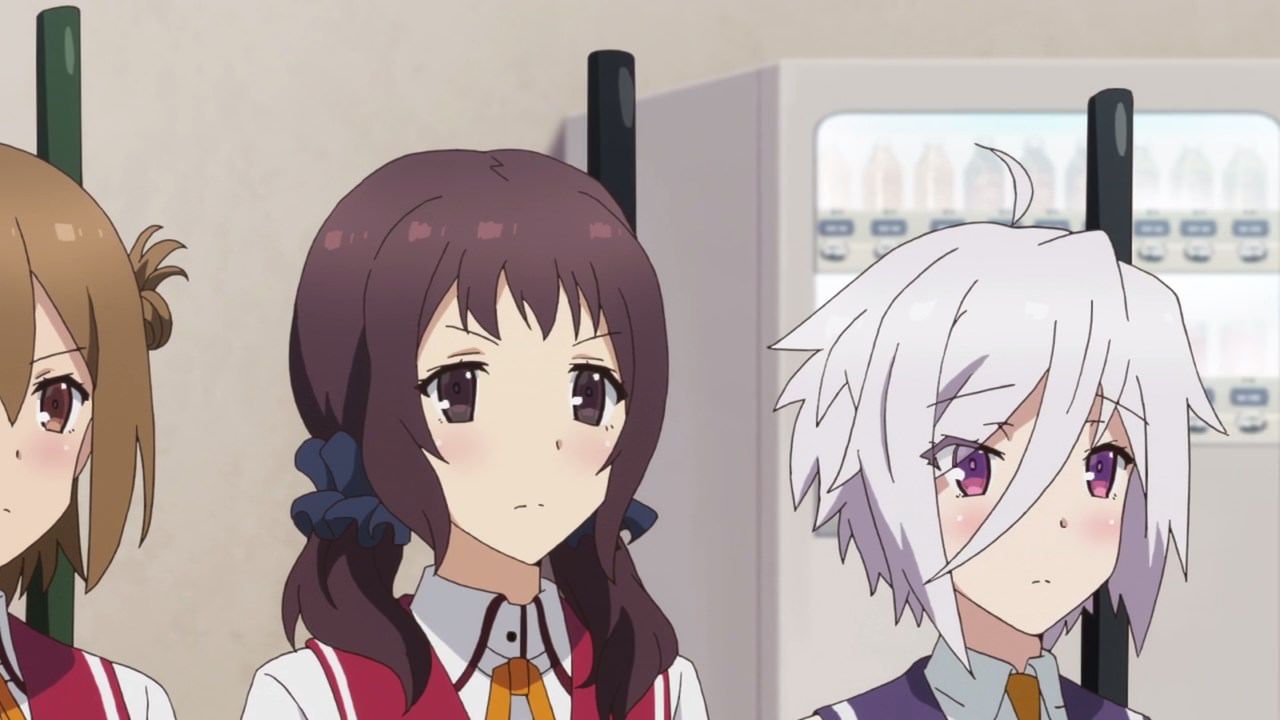 And it turns out that Kaoru’s squad got another toji in the form of Sayaka Itomi. Wait, I didn’t notice her presence until now! 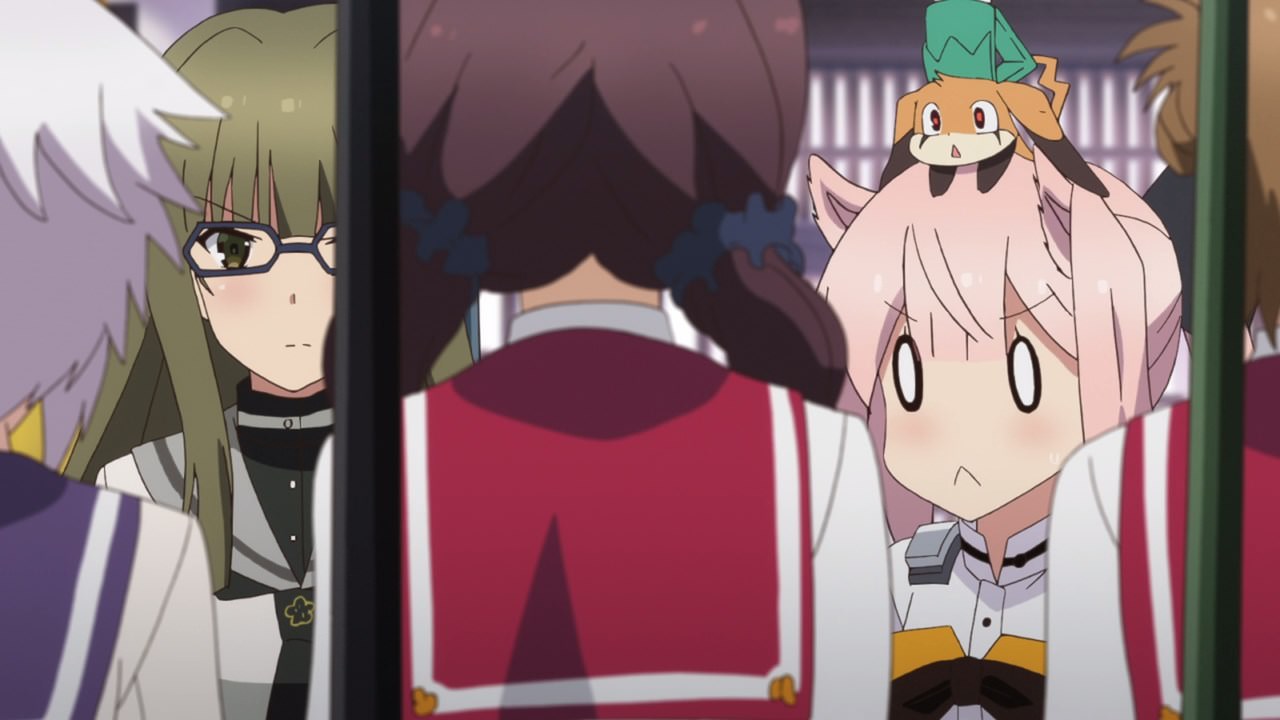 Heck, even Kaoru is surprised to see Sayaka in Gunma Prefecture. With that said, Sayaka Itomi’s addition to the squad is huge as she’s capable of finding the aratama easily. 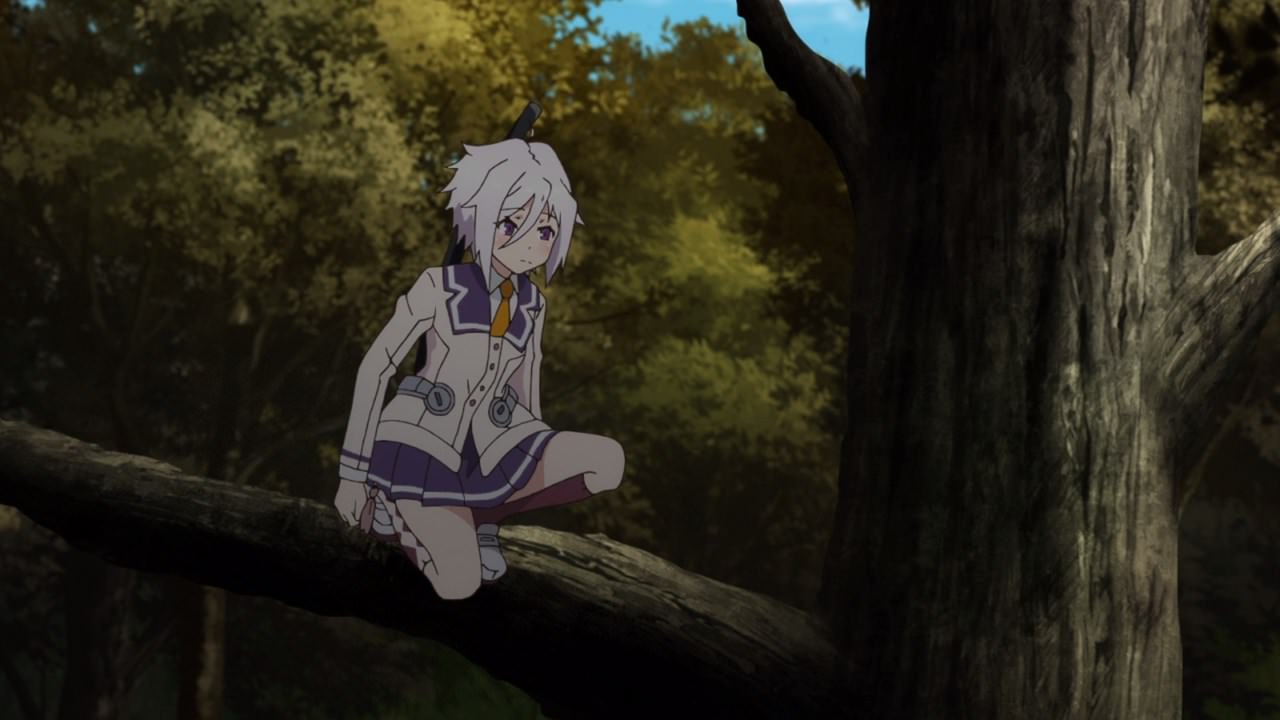 As you can see, Sayaka Itomi can jump high and climb trees like a ninja. Well, you may thank Yukina Takatsu for making her perfect… almost. 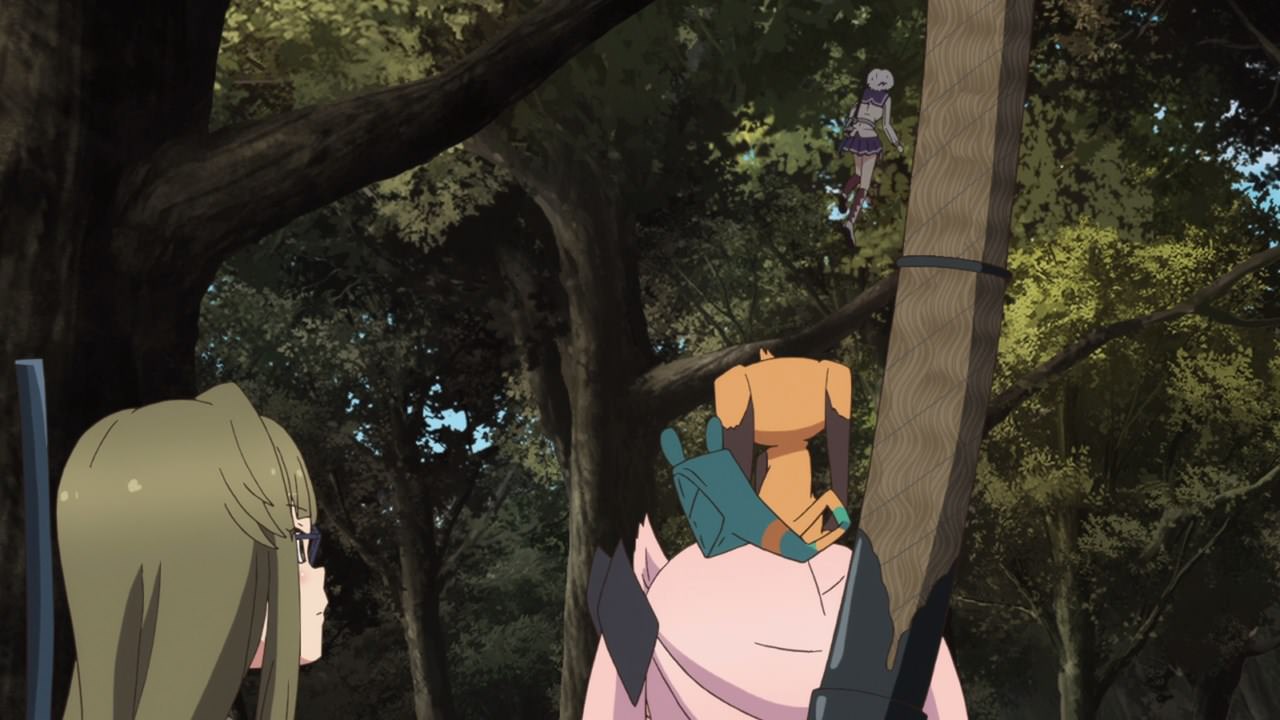 In any case, most of the toji are happy that they have someone who is reliable unlike Kaoru Mashiko where she always play hooky.

Sadly, there’s no aratama found so it’s time to call it a day I guess. 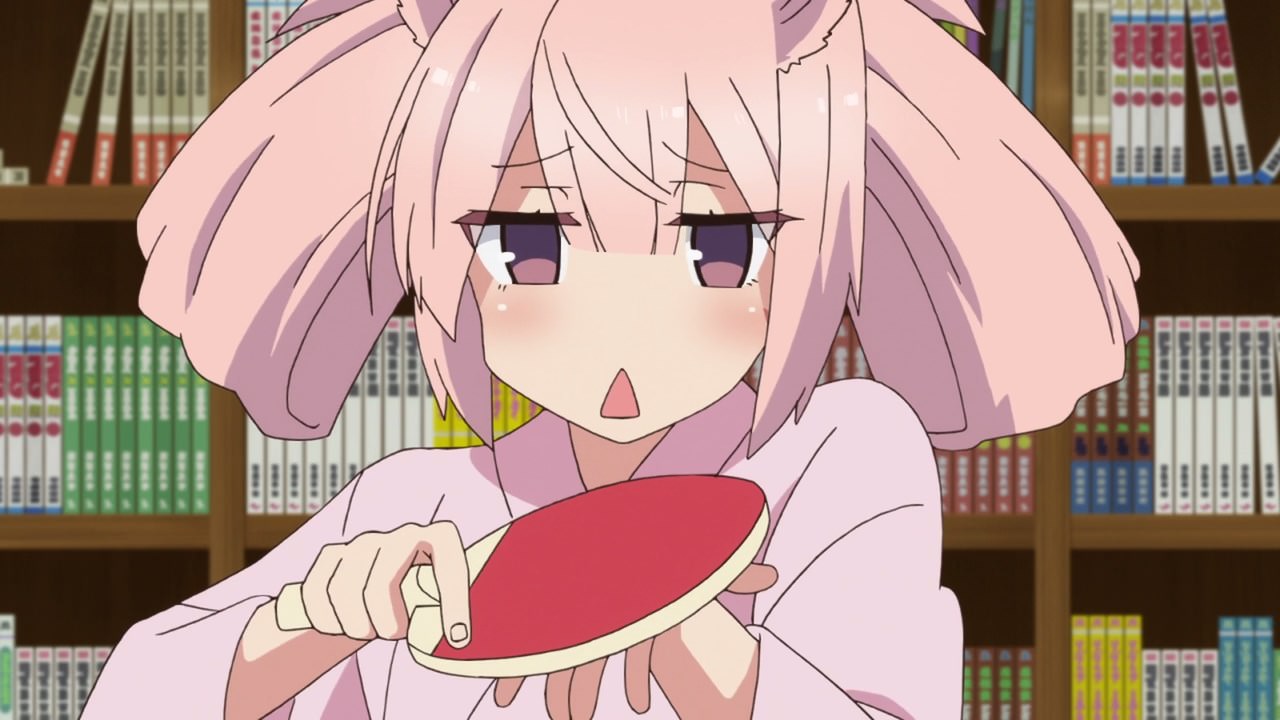 As you can see, Kaoru is confident that she’ll win this because her opponent is a newbie! 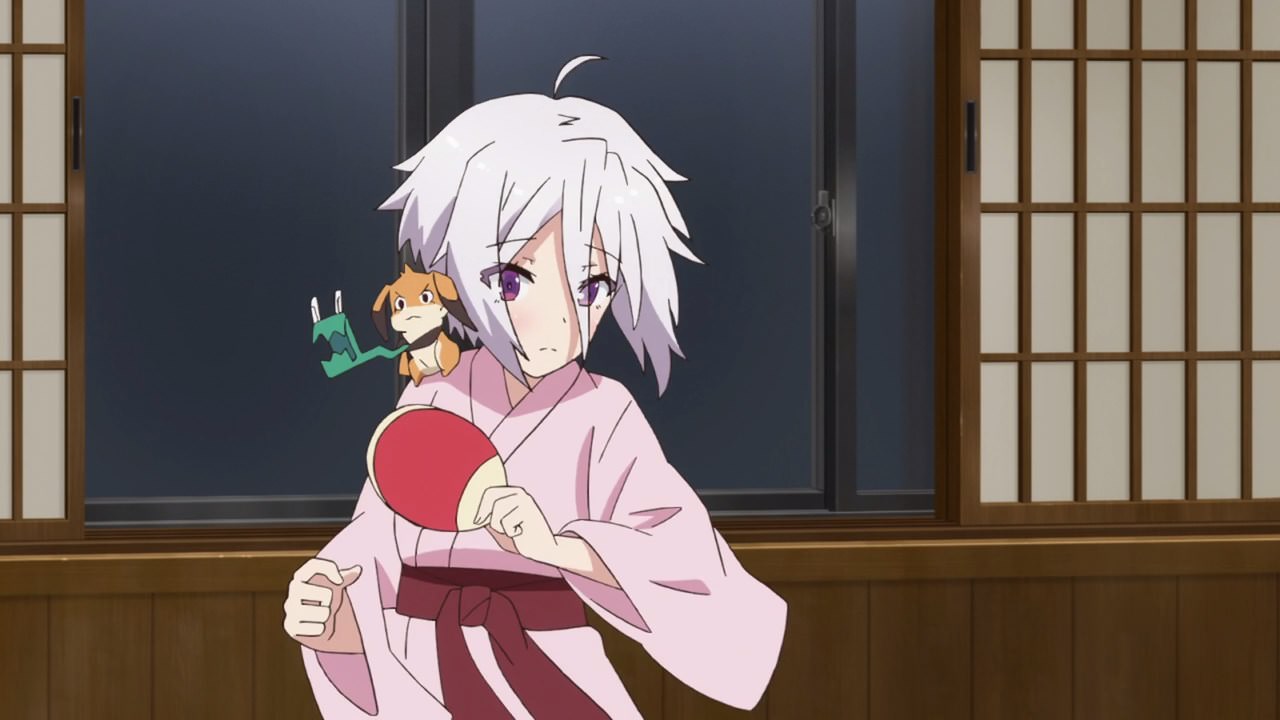 Of course, Nene will teach Sayaka on how to play ping pong decently. Anyways, I hope that it’ll be a good match! 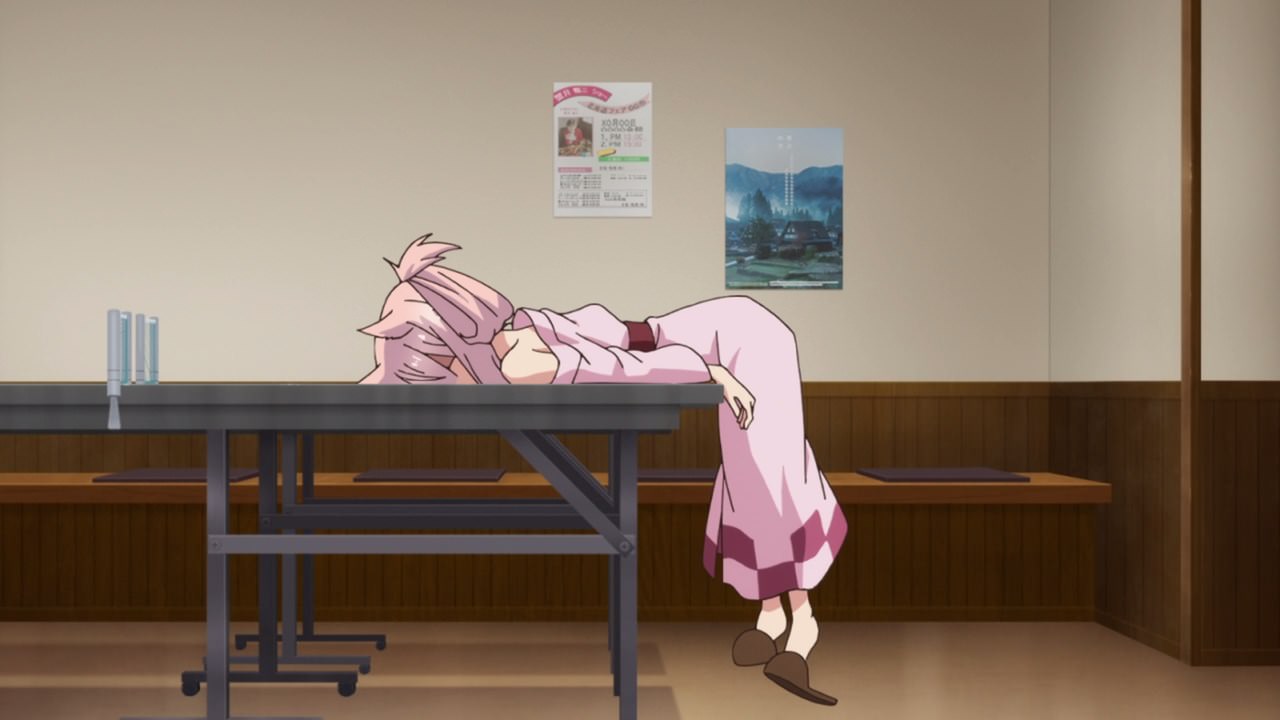 Then again, it’s already over as Kaoru just flat-out lost to Sayaka. Well, so much for her boastful confidence. 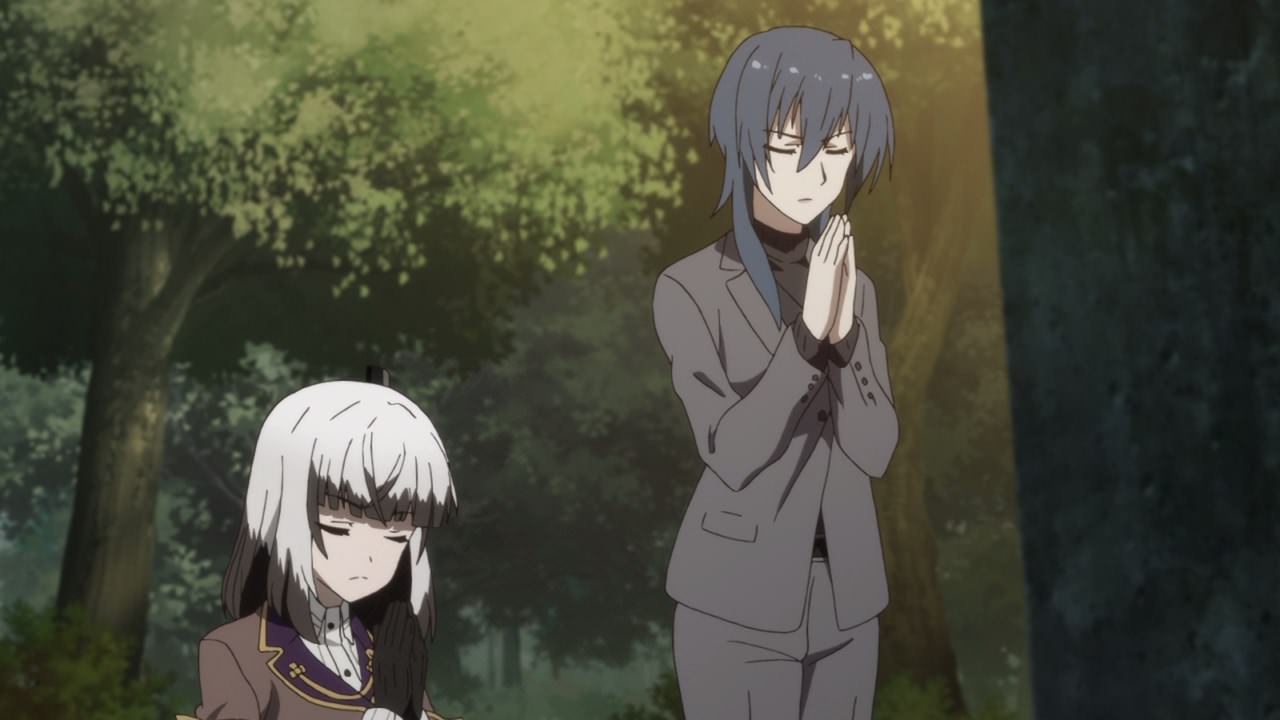 Meanwhile, here’s both Yomi Satsuki as she’s joined by President Yuzuki Souraku on offering her prayers to the late Yume Tsubakuro. I have to say that they treat Yume with dignity, compared to President Takatsu who she treated the elite guards as crap (save for Sayaka Itomi).

In any case, both Satsuki and President Souraku is currently serving this mysterious figure who attacks other toji and capture the noro. I don’t know who that mysterious person is, but I have a feeling that it might be none other than Princess Tagitsu. 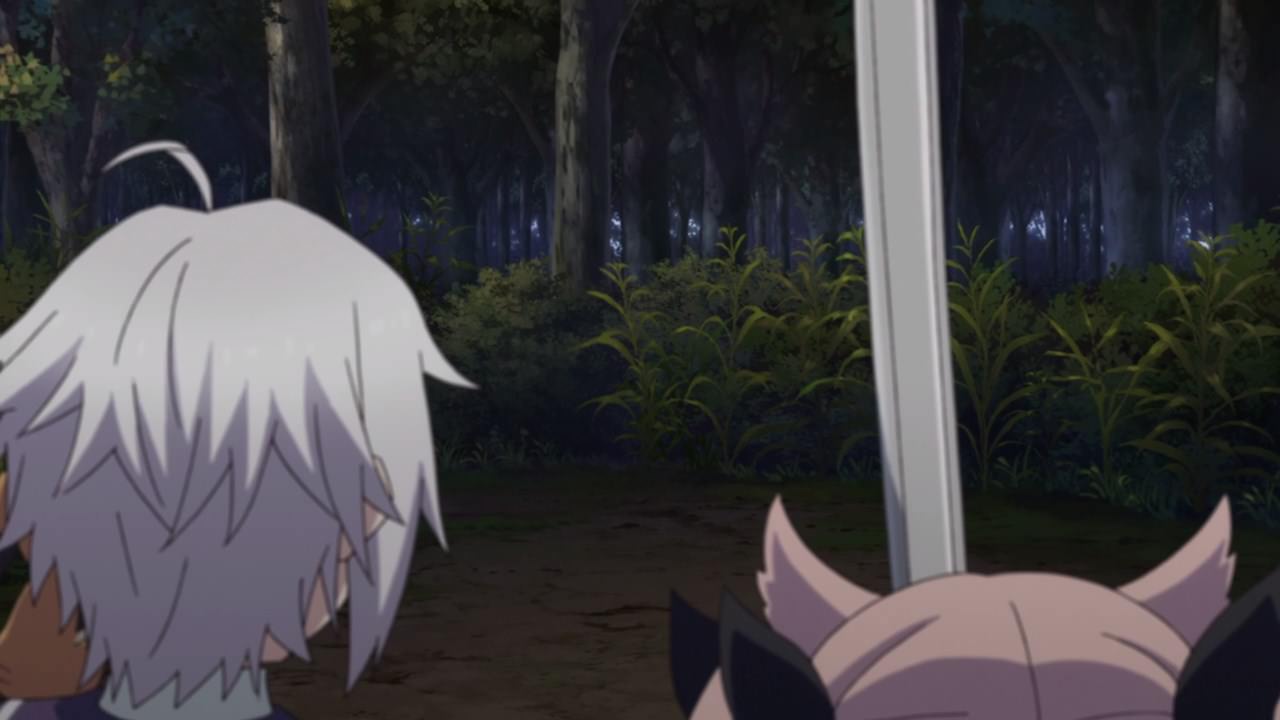 The next day, Kaoru Mashiko and her squad continued their effort on finding the aratama. Then again, seems that Kaoru and Sayaka found something behind that bush. 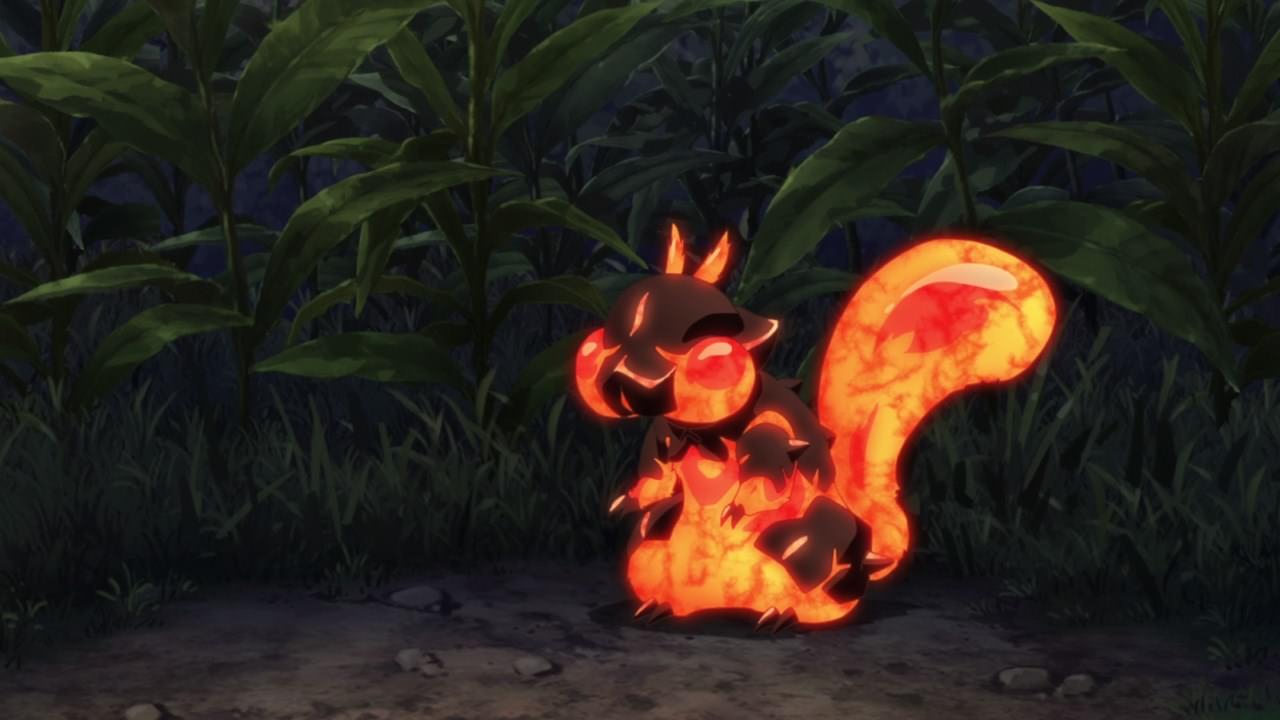 Turns out, it’s an aratama… and it’s a cute one too! Aww, I wanna cuddle this aratama much like Nene. 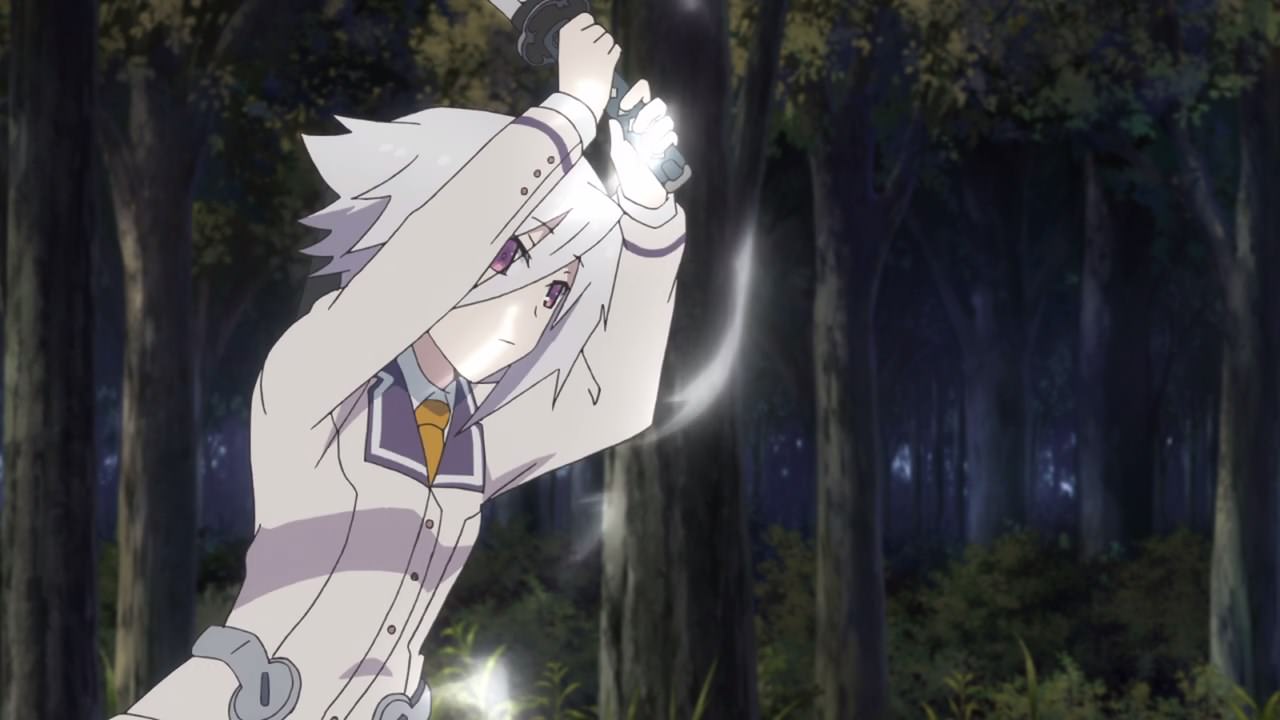 Unfortunately, Sayaka Itomi proceeds to kill this aratama even though it looks so cute and it doesn’t pose a threat. 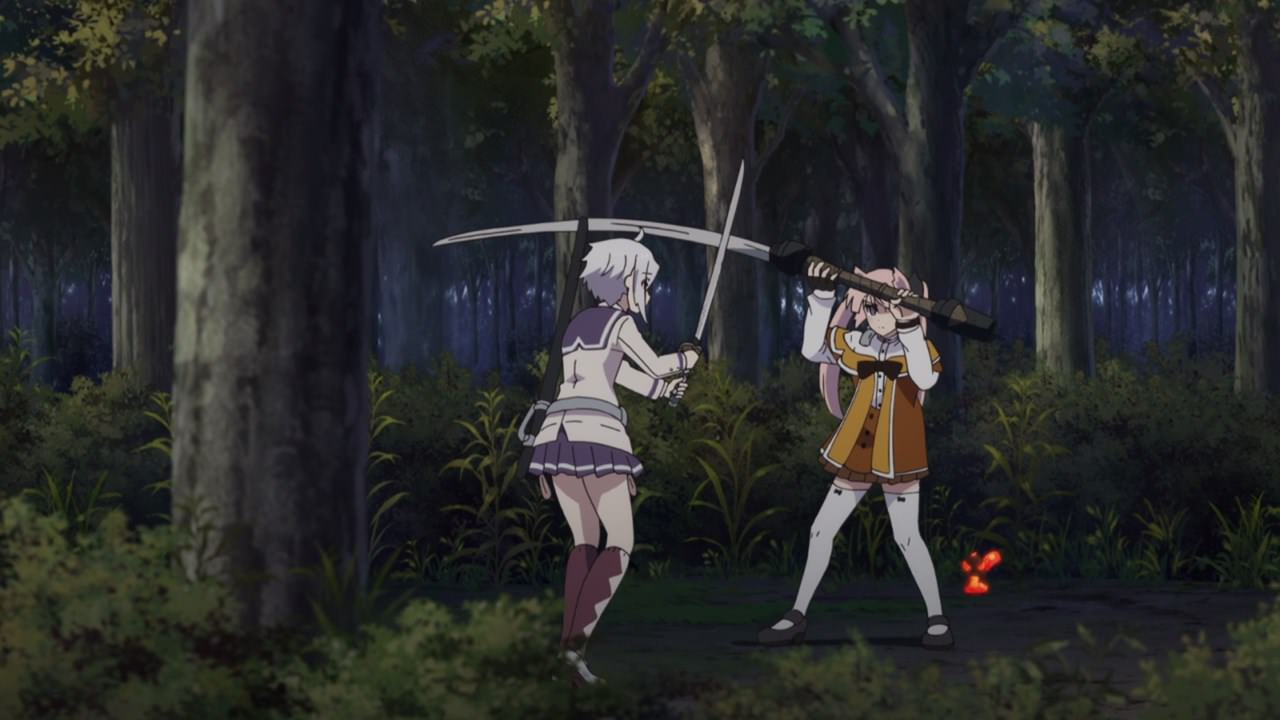 So, Kaoru stopped Sayaka and told her to think on whether to kill this aratama or not.

Well, Kaoru Mashiko’s family has some history on dealing with aratama, especially when since she has Nene at her side and it would be morally wrong if someone would just flat-out murder Nene just because it’s an aratama.

I must say that even though she’s lazy, Kaoru knows what she’s doing when dealing with aratama. 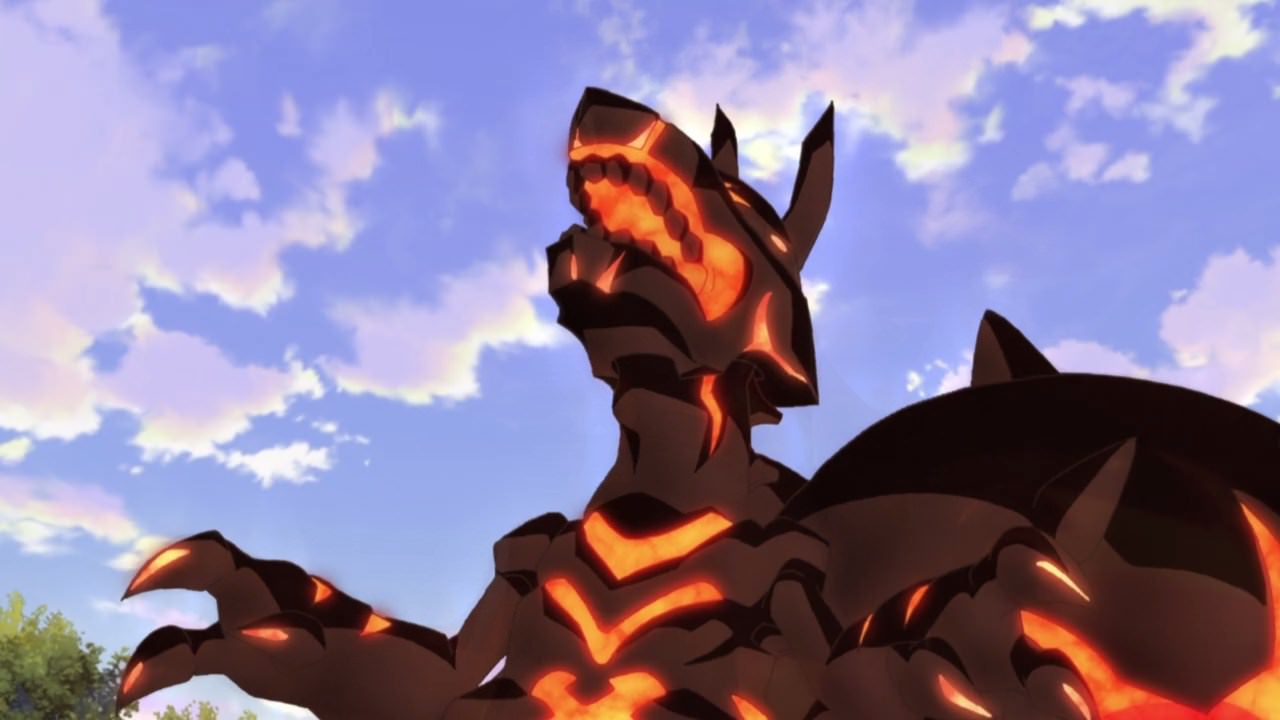 And speaking of the cute aratama, it transformed from a squirrel into a monstrosity. Was it natural causes, or someone controlled this aratama to go berserk? 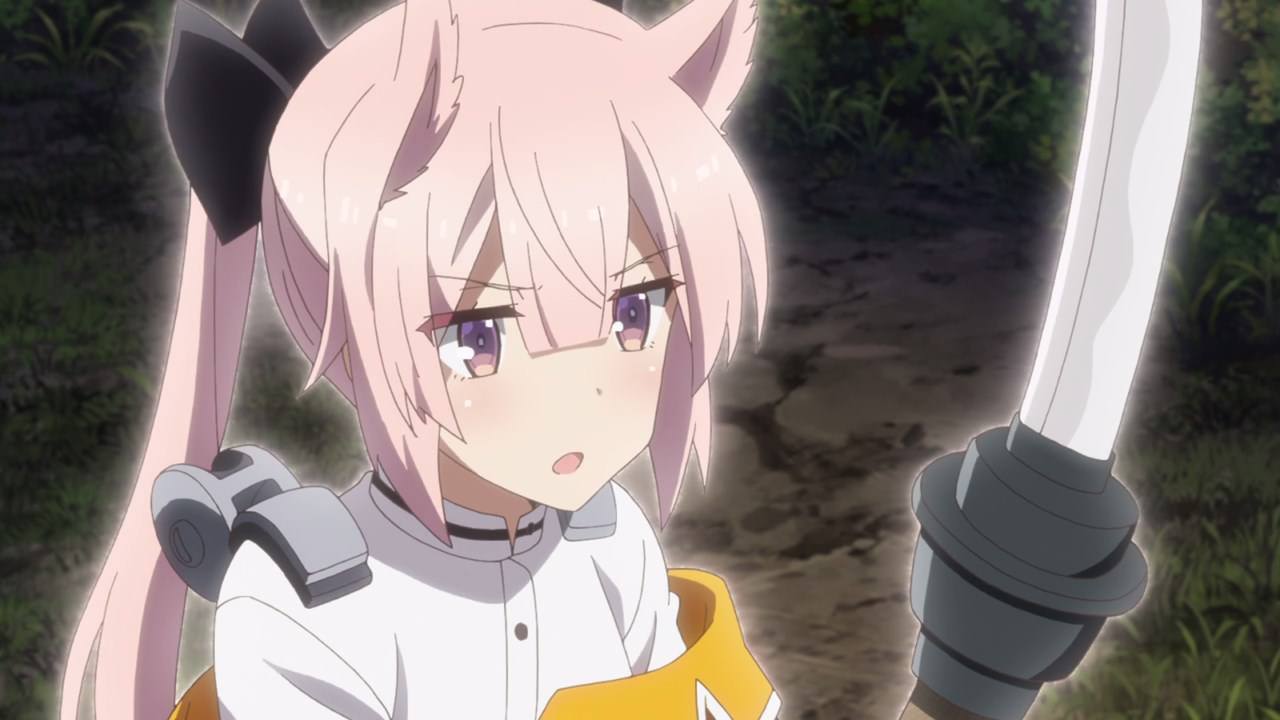 Regardless, seems that Kaoru Mashiko will have to deal with this aratama since it’s gone rogue. After all, she doesn’t want this aratama to wreck havoc across Gunma Prefecture. 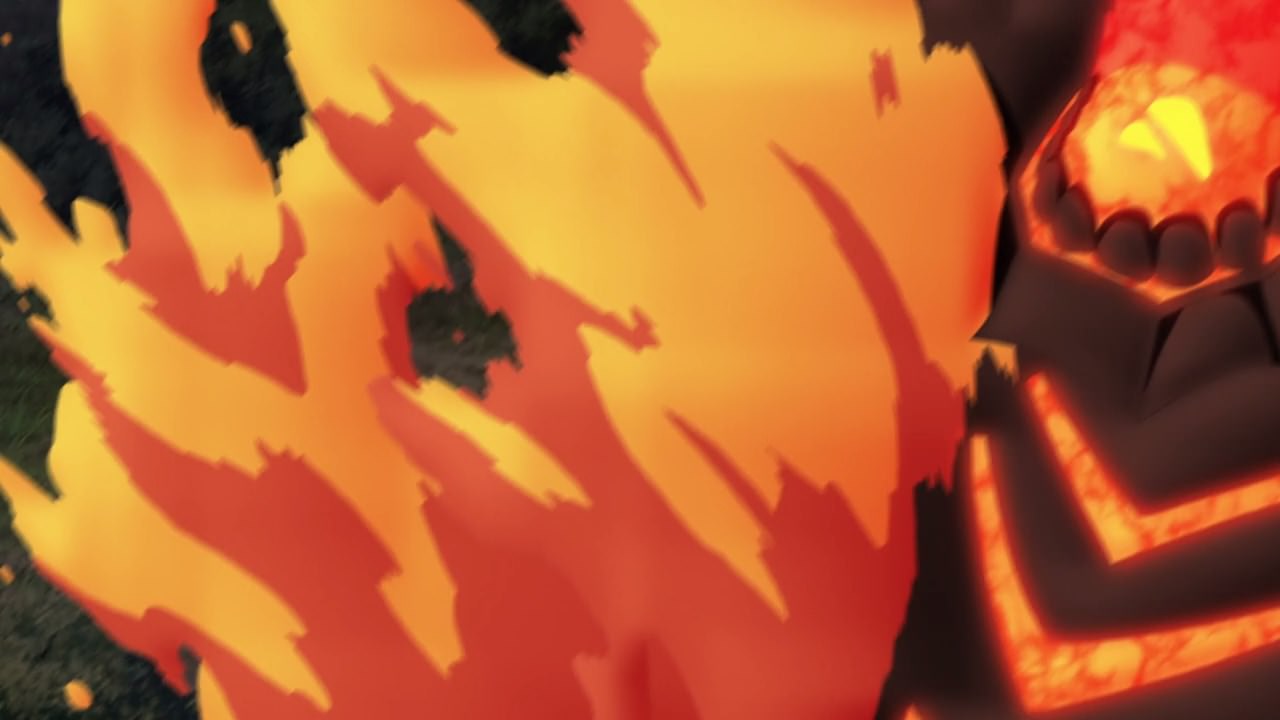 So, Kaoru will just swing her giant okatana and cleave this aratama in half. Well, it’s mission complete and it’s sad that this cute aratama is reduced to mere pile of noro. 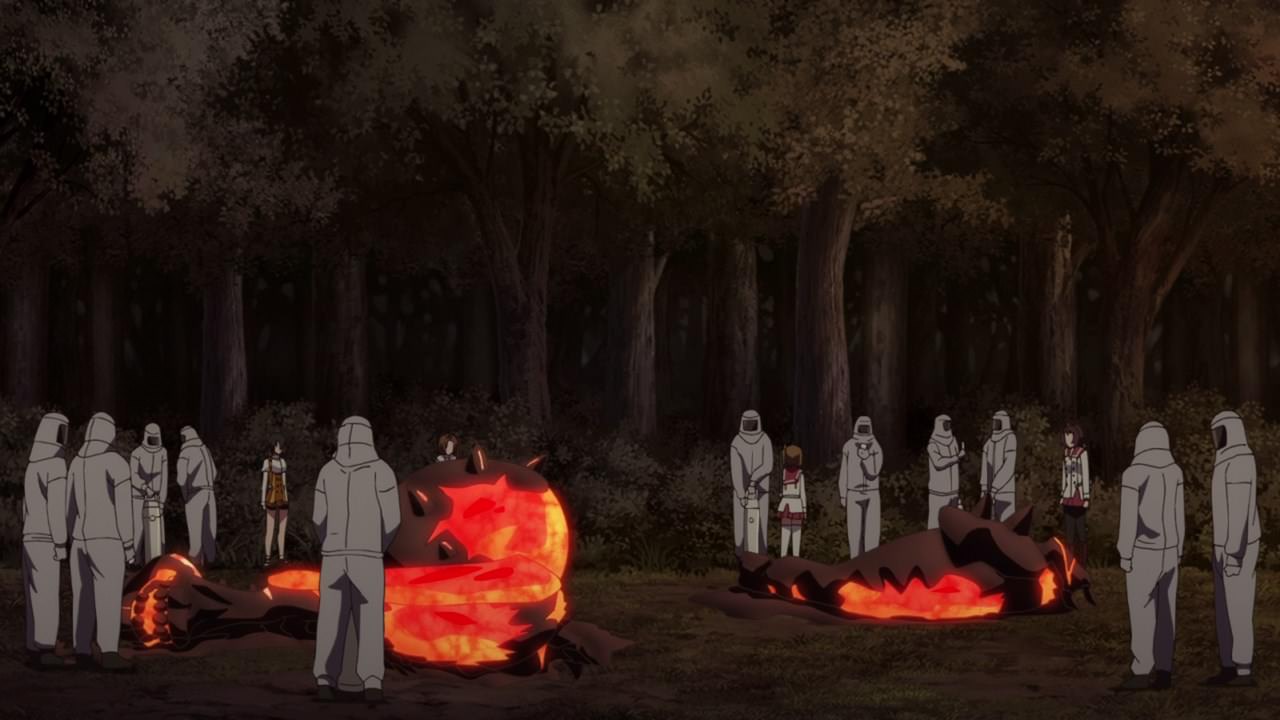 Now the only thing left to do is to have Kaoru’s teammates collect the noro and purify it somewhere. 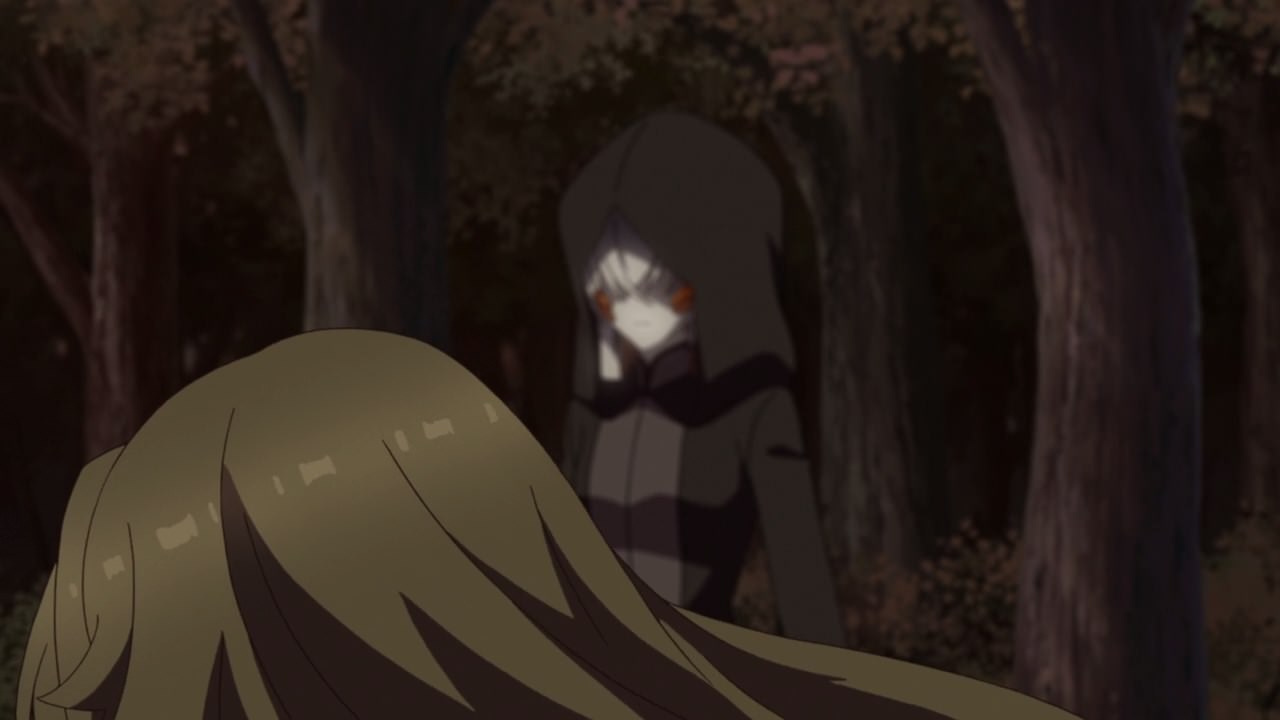 Unfortunately, they were attacked by this mysterious toji as she knocked all of Kaoru Mashiko’s teammates down. 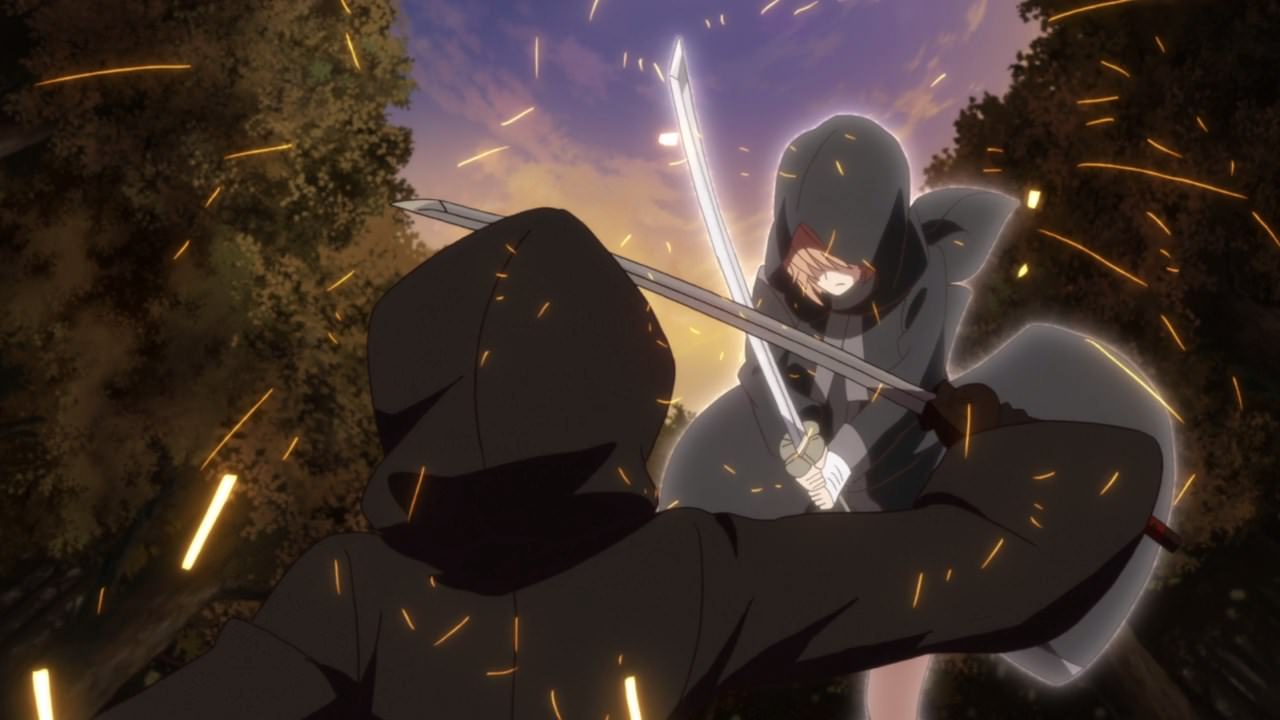 However, it appears that another hooded toji arrived to stop her. Hmm, could it be that this hooded toji might be Maki Shidou? 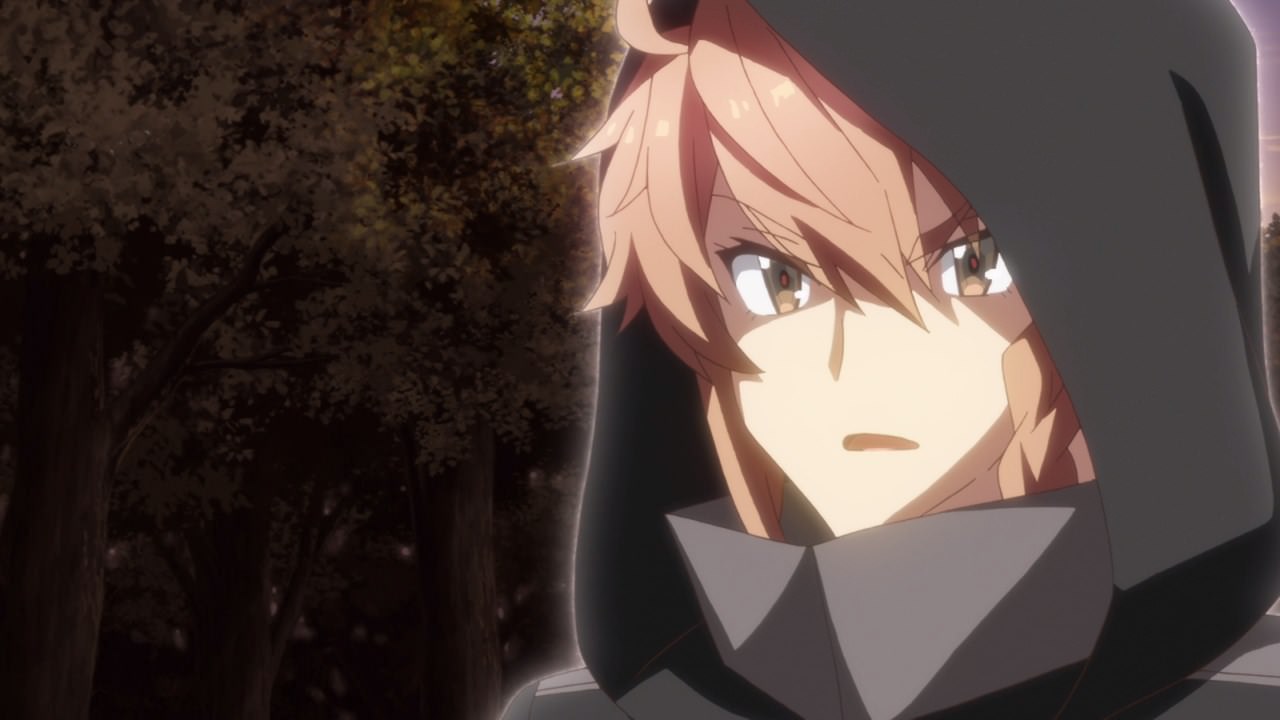 Yes it is, as Maki is here to stop this mysterious toji from gathering noro. After all, she’s on a mission towards redemption. 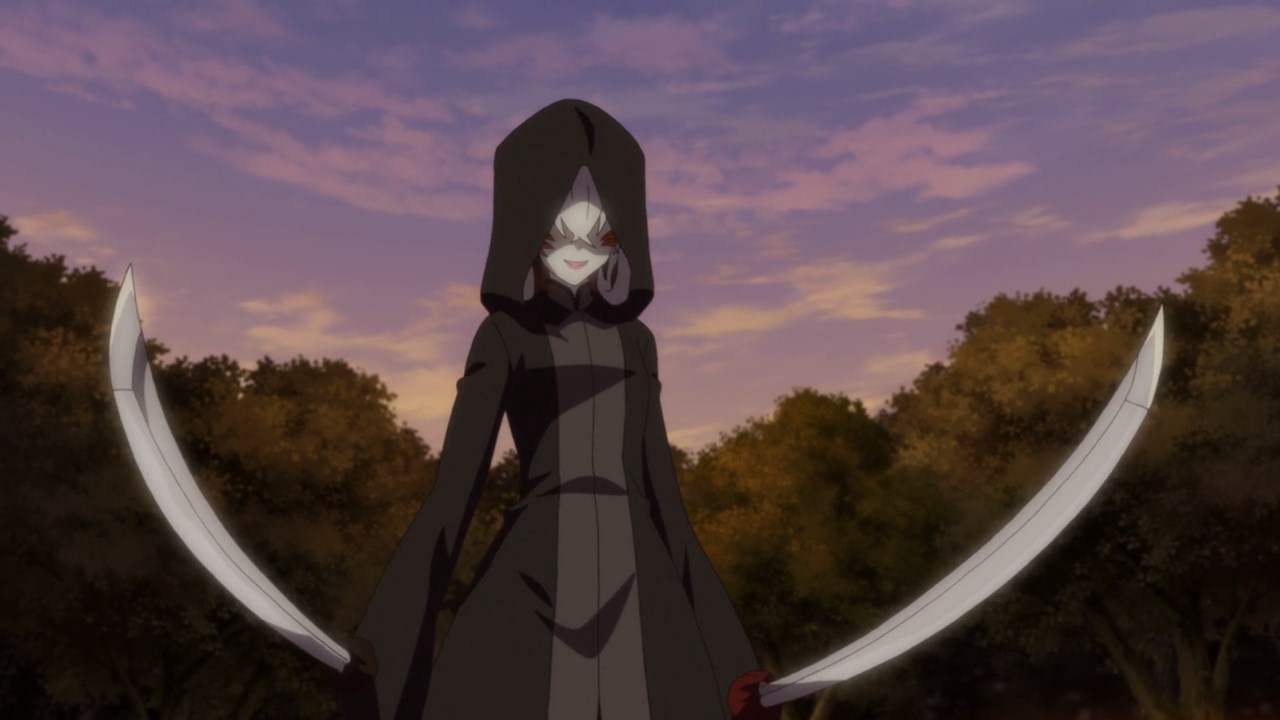 But as for the mysterious toji, seems that she’s wielding two swords that are similar to Yukari Origami.

While it’s insulting for Shidou that someone other than head of the Origami clan is using the Niten Ichi-style, I have a feeling that this mysterious toji inherited Yukari’s techniques by absorbing her body from the netherworld. 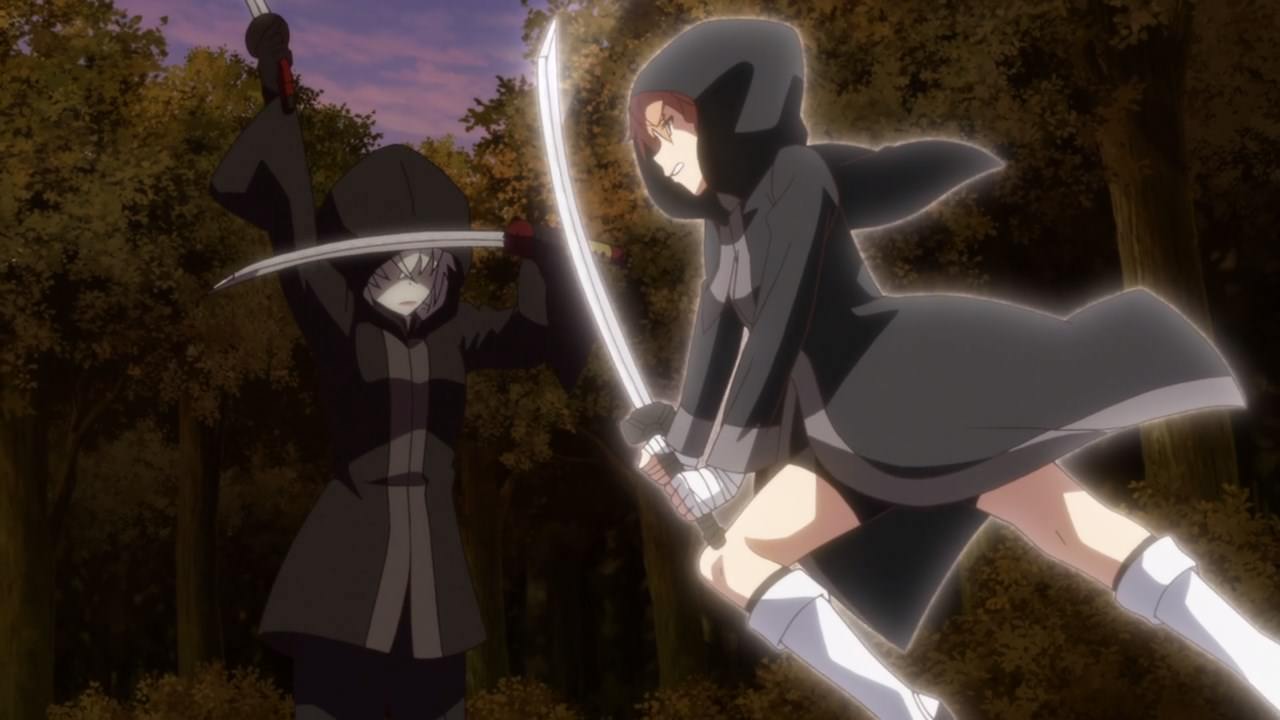 With that said, both Maki Shidou and this mysterious toji engaged in a battle and while Maki still has the edge due to her experience as an elite guard, she was still overwhelmed by the enemy. 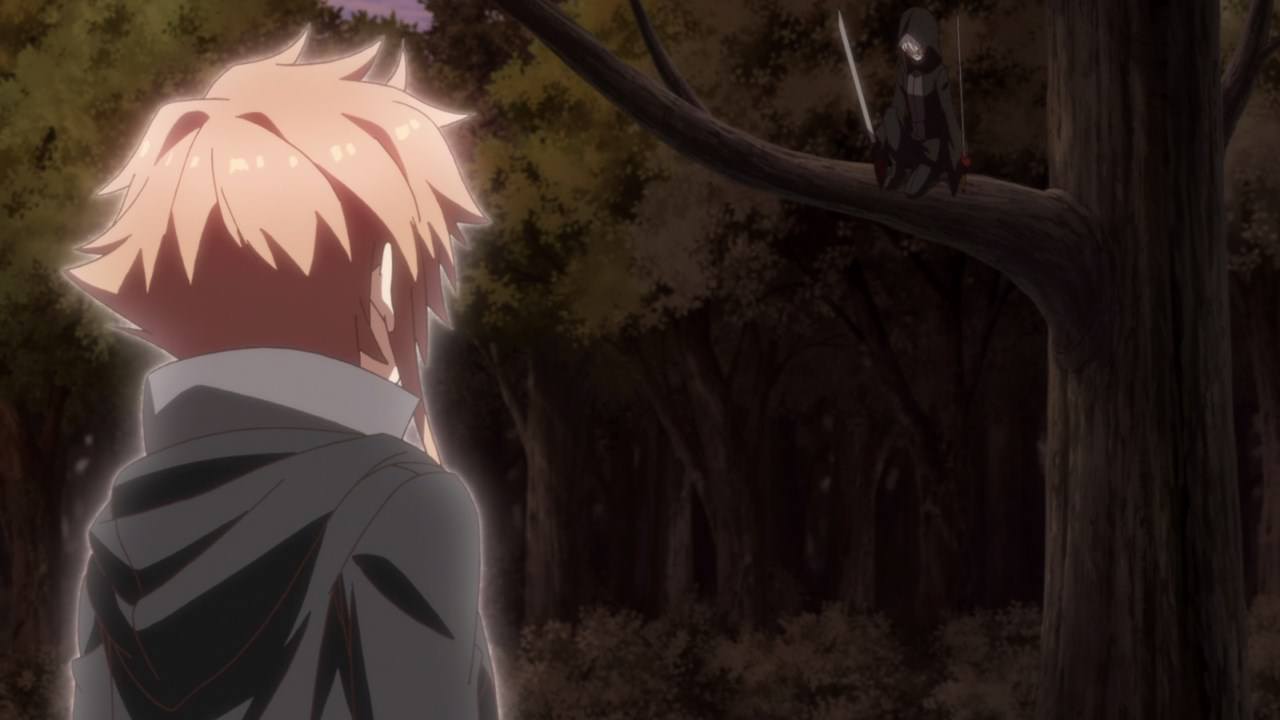 Unfortunately, that’s all the time for this mysterious toji as she bid farewell to Maki Shidou.

While she’ll return to gather more noro, Maki will clash swords with that toji again. 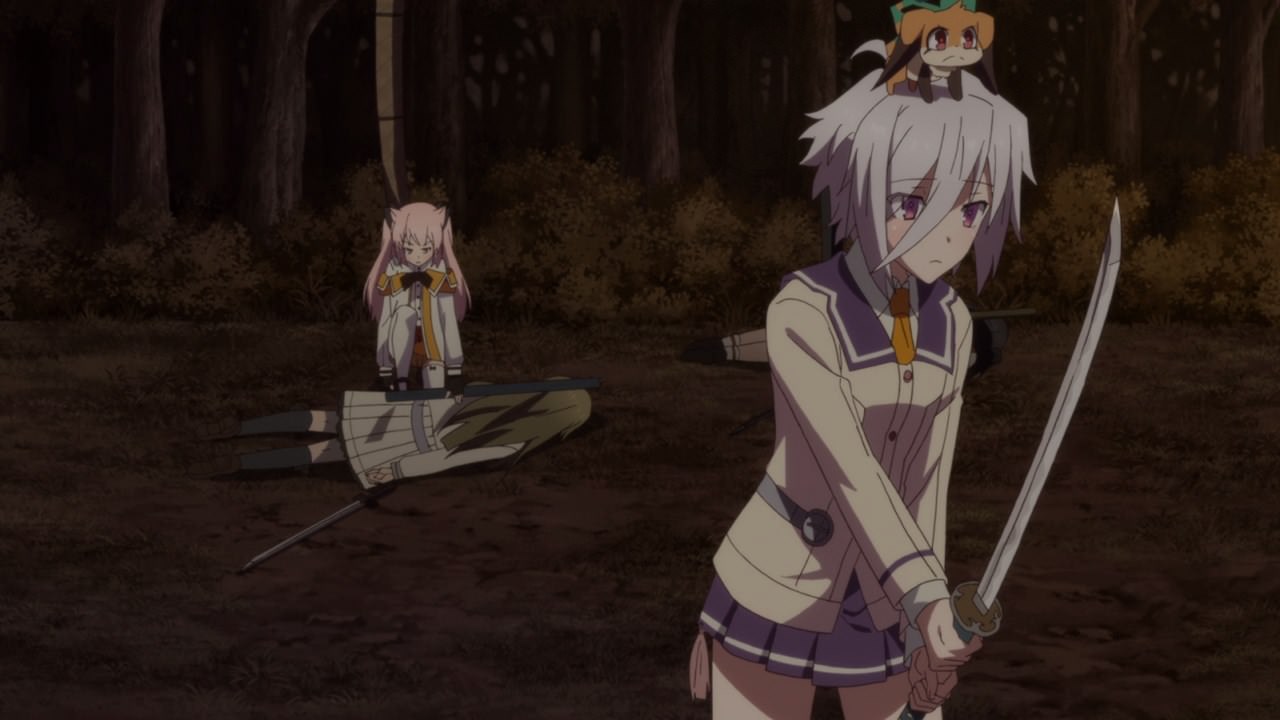 Meanwhile, both Kaoru Mashiko and Sayaka Itomi got a bit late on stopping the perpetrator, but they got an idea that Maki Shidou is the one attacking the toji. Then again, they’re wrong about that!

But that’s about it for this episode of Toji no Miko as stopping the mysterious toji and her cronies will be harder for Kanami Etou and her friends.