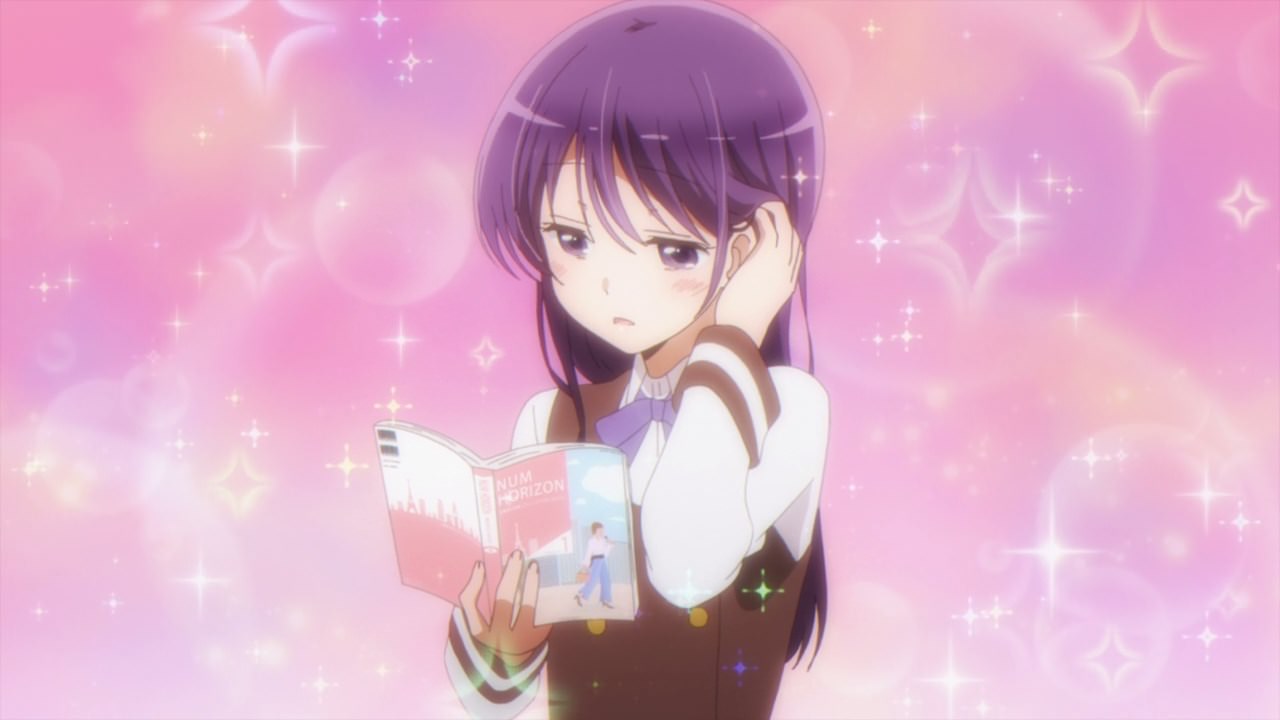 This is Ruki Irokawa and while she pulled an all-nighter for finishing her perverted manga, seems her weariness has caused a bit of a stur when everyone calls Ruki a lewd person. 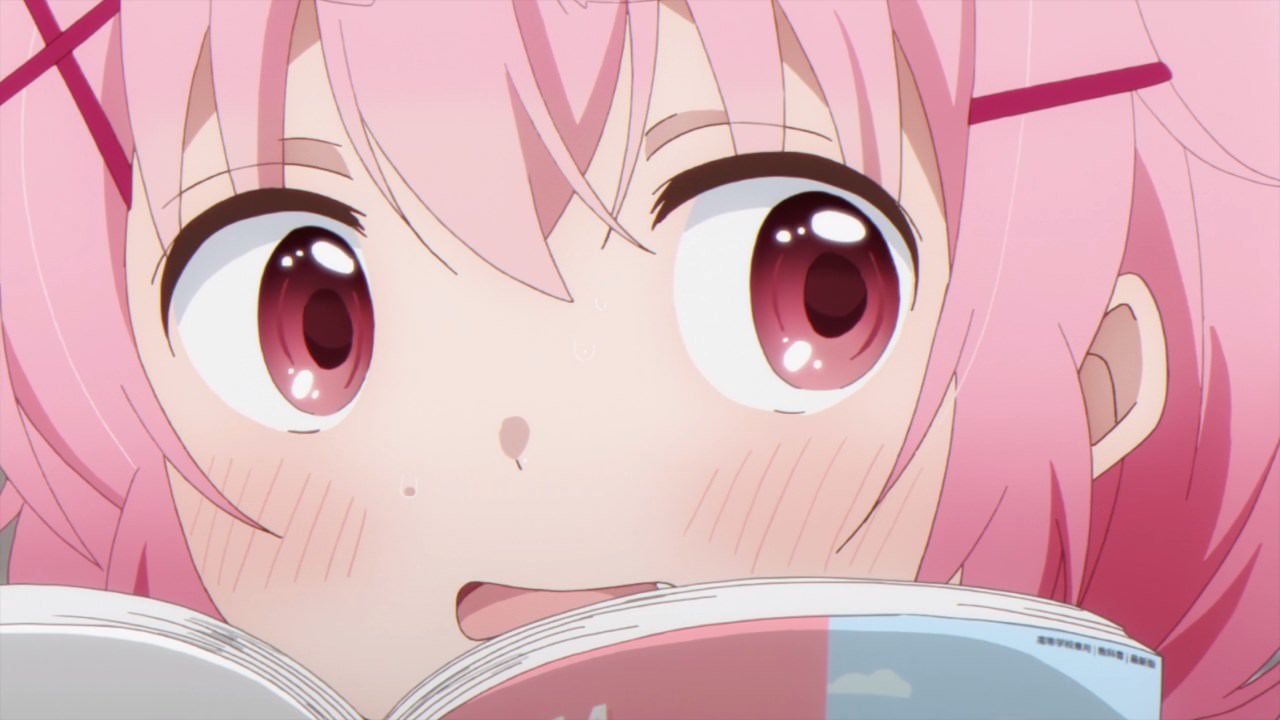 This worries Kaoruko Moeta as she doesn’t want everyone to know that Irokawa is a mangaka, especially when she draws lewd pictures that Ruki’s parents might disown her. 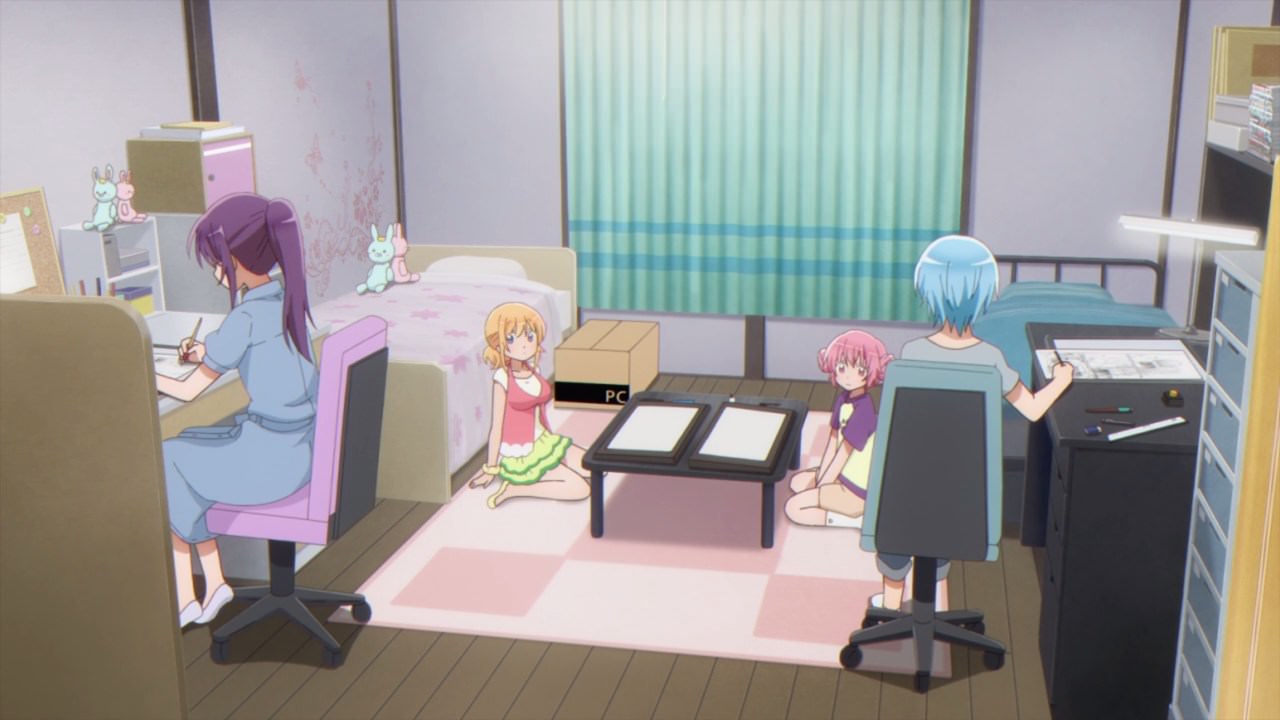 Of course, Rukki refused to let anyone help her at first, but she eventually gave up and have Kaos-sensei and Koyume to put screentones and ink on her panels. 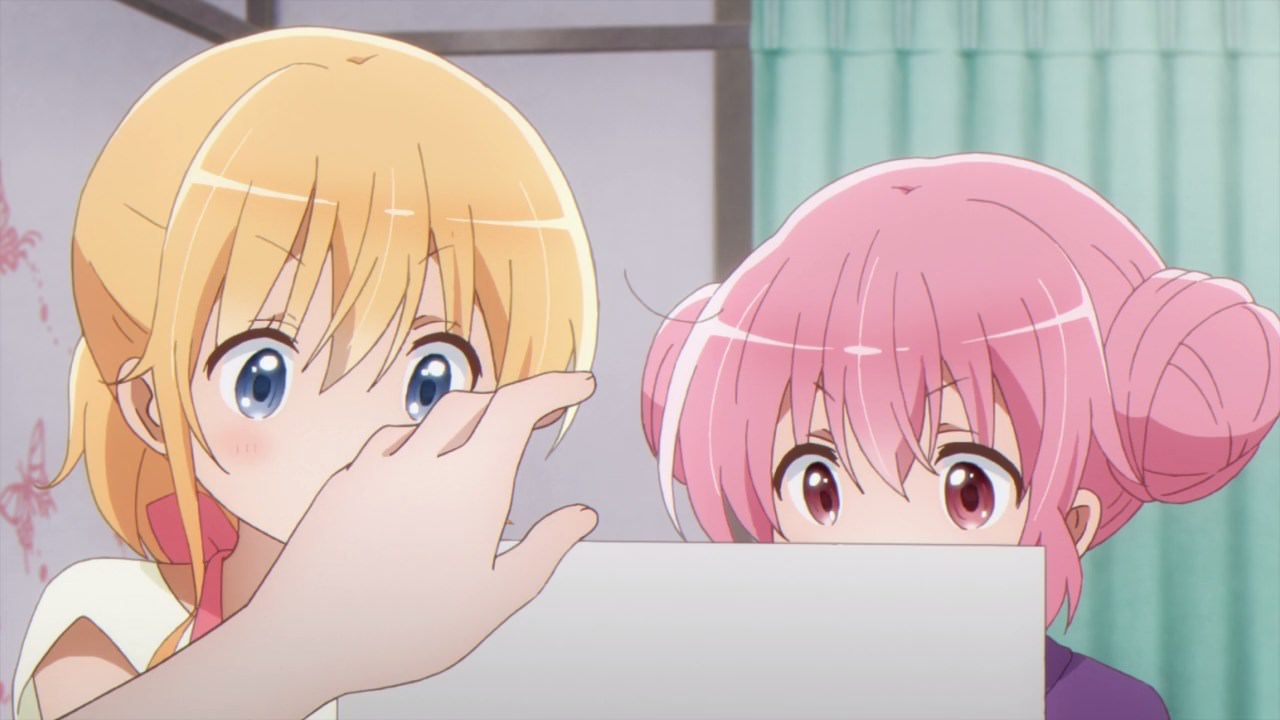 With that said, Irokawa gave them a panel to work on but I have to say that they not prepared on finishing one panel…

…as it’s filled with naughty stuff that Nexus put mosaic bars to cover it.

Oh yeah, and I forgot to mention that Rukki used Koyume as a model for the female protagonist, which is very awkward for Koizuka. 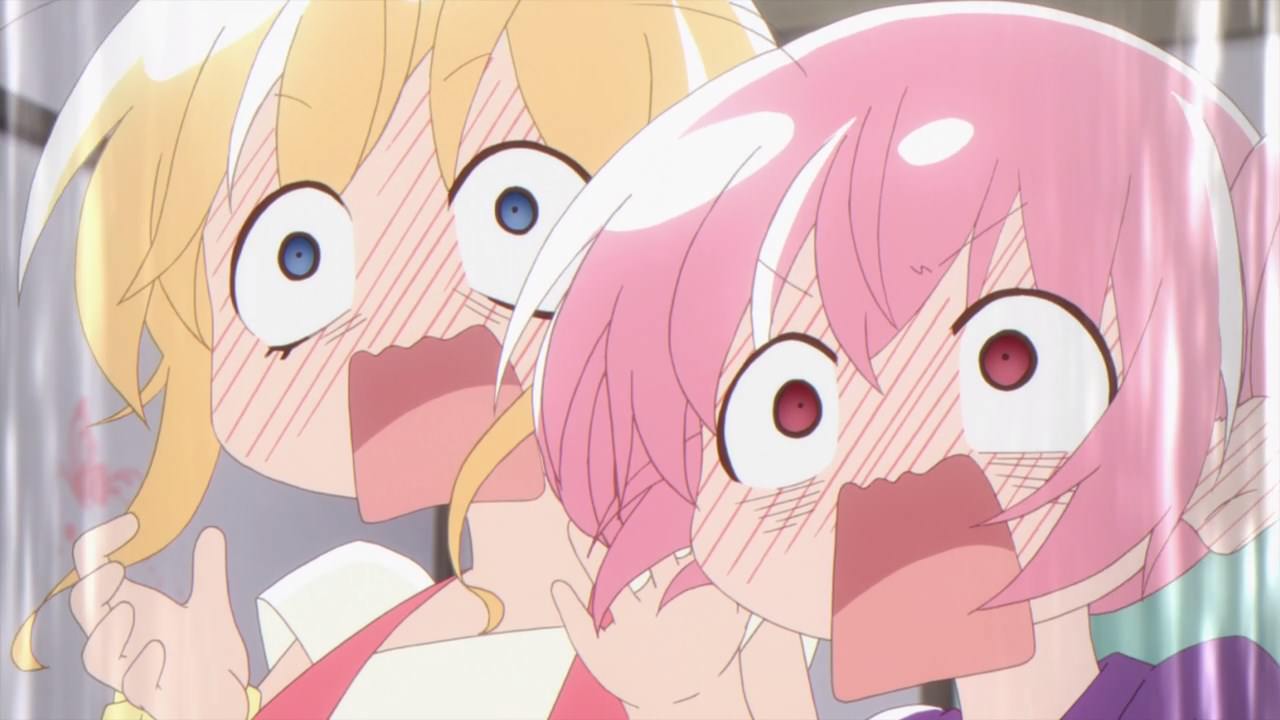 With that said, looks like Koyume and Kaos-sensei couldn’t handle the lewdness of Rukki’s manga. 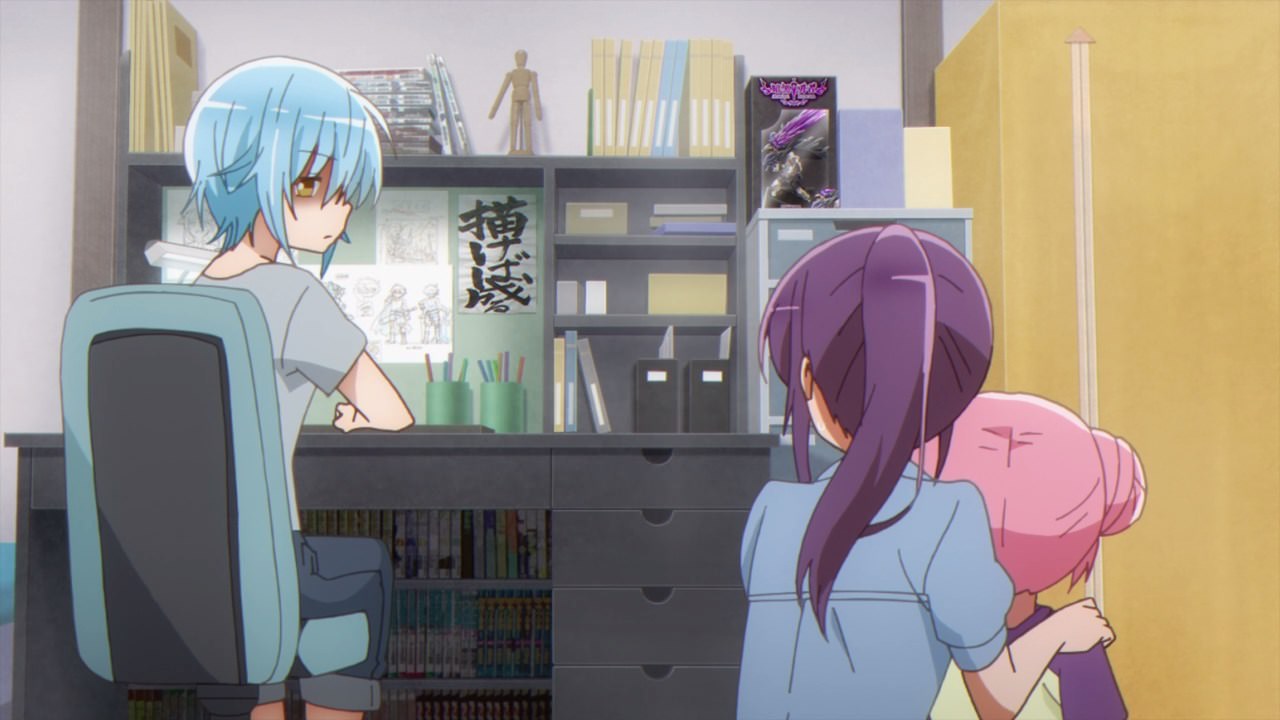 However, Tsubasa Katsuki told them to finish the manga right away. Well, I must say that she’s really angry when someone is slacking off!

In any case, both Koyume and Kaoruko will have to be brave and put some final touches on Ruki’s manga.

By the way, it appears that Ruki Irokawa brought a computer that’ll help her on making manga.

However, Ruki is a technologically-challenged person in which she couldn’t get it to work. Heck, Rukki couldn’t set up the computer properly. 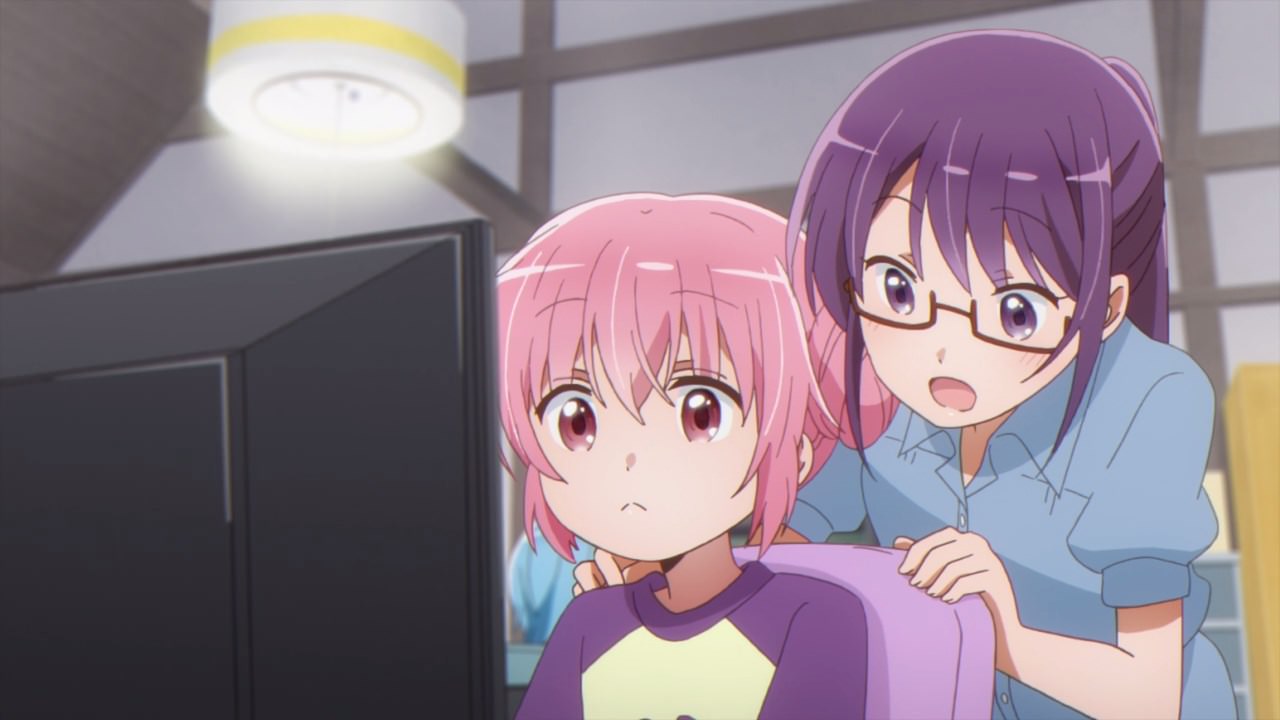 That’s where Kaoruko Moeta came to the rescue as she knows how to set up a PC and man, I have to say that she’s good when it comes to computers since Kaos-sensei draws manga using a digital pen and a tablet. 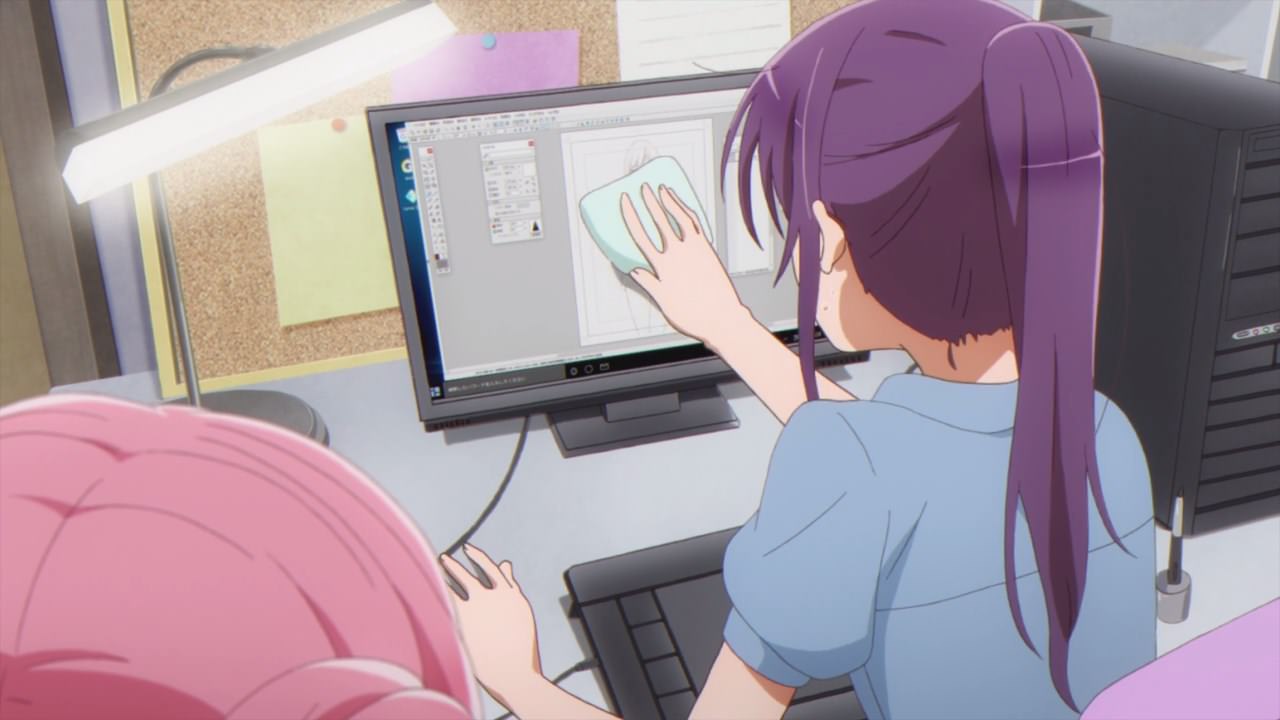 But as for Ruki Irokawa, I think she needs to stick with a normal pencil and paper instead as Kaos-sensei will use the PC to put colors and effects on her manga. 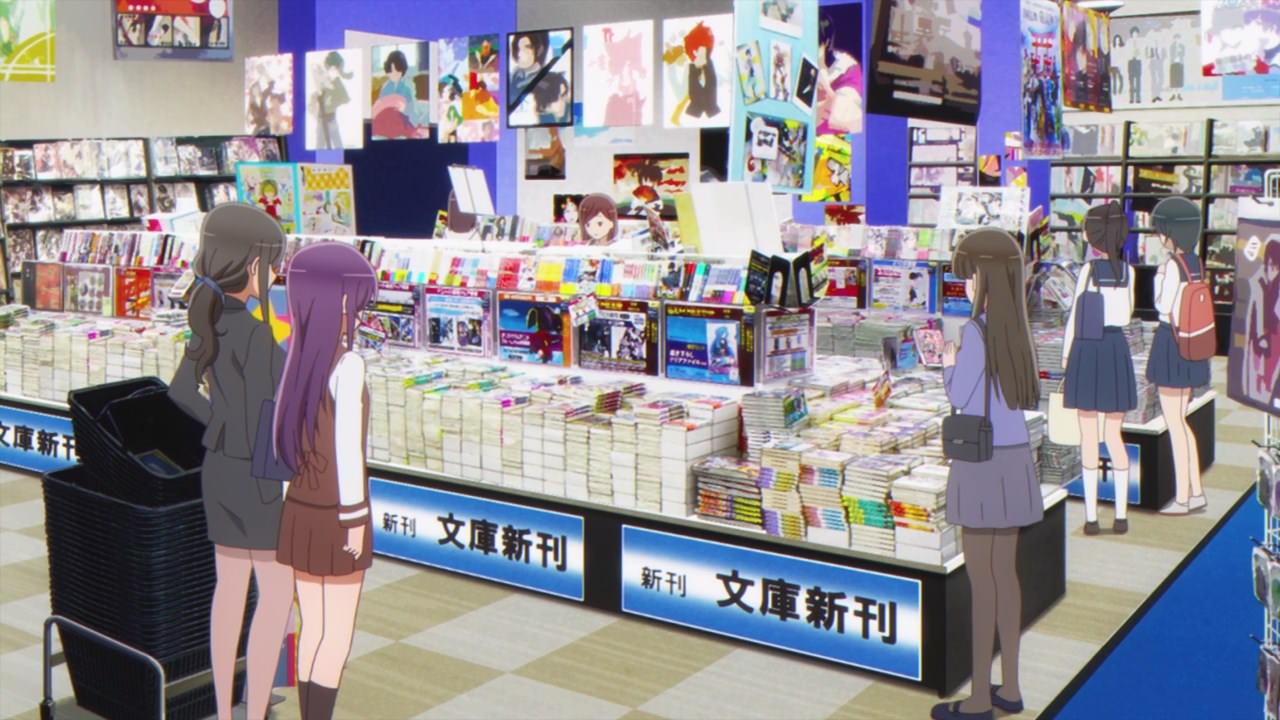 After many hours, Ruki Irokawa has finally finished the latest volume of her teens’ love manga “Scuffling Wildly Rendezvous” and it’s a hit to older ladies in addition to perverted guys. 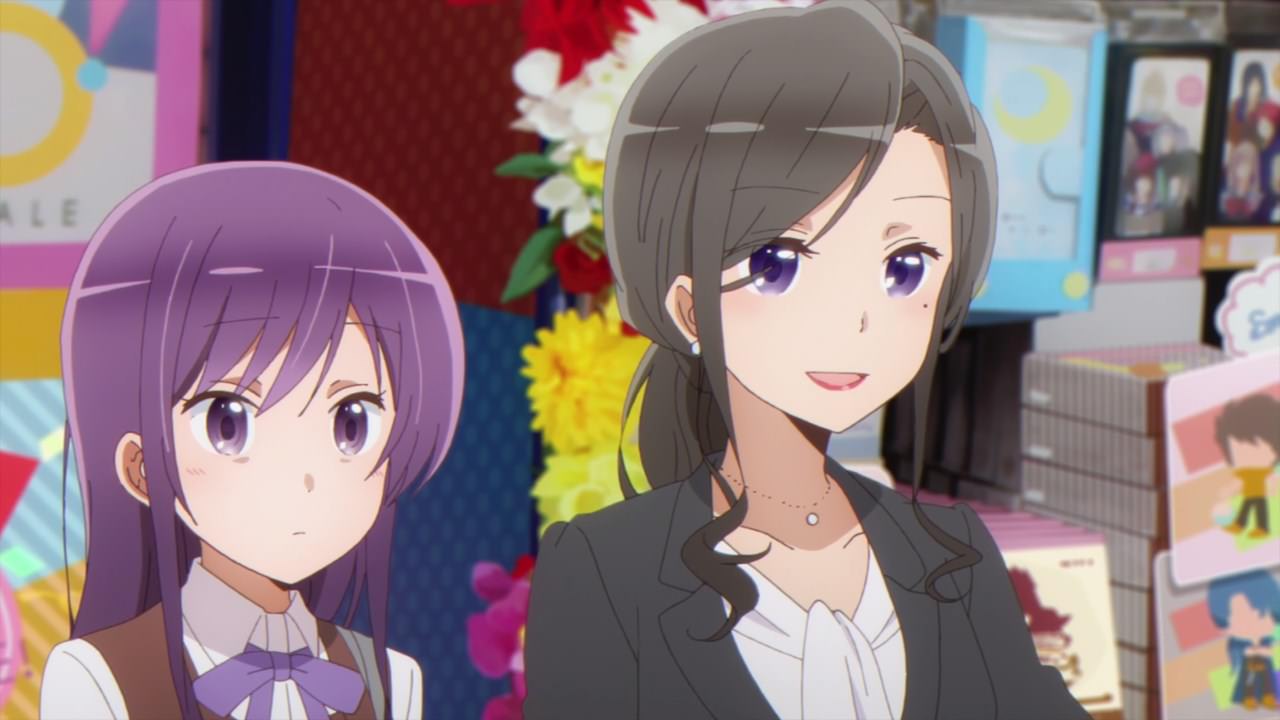 Of course, Ruki’s editor told her that there’s a signing event coming up and she needs to prepare herself for it. Easier said than done for Ru- I mean Bakunyuu♥Himeko. 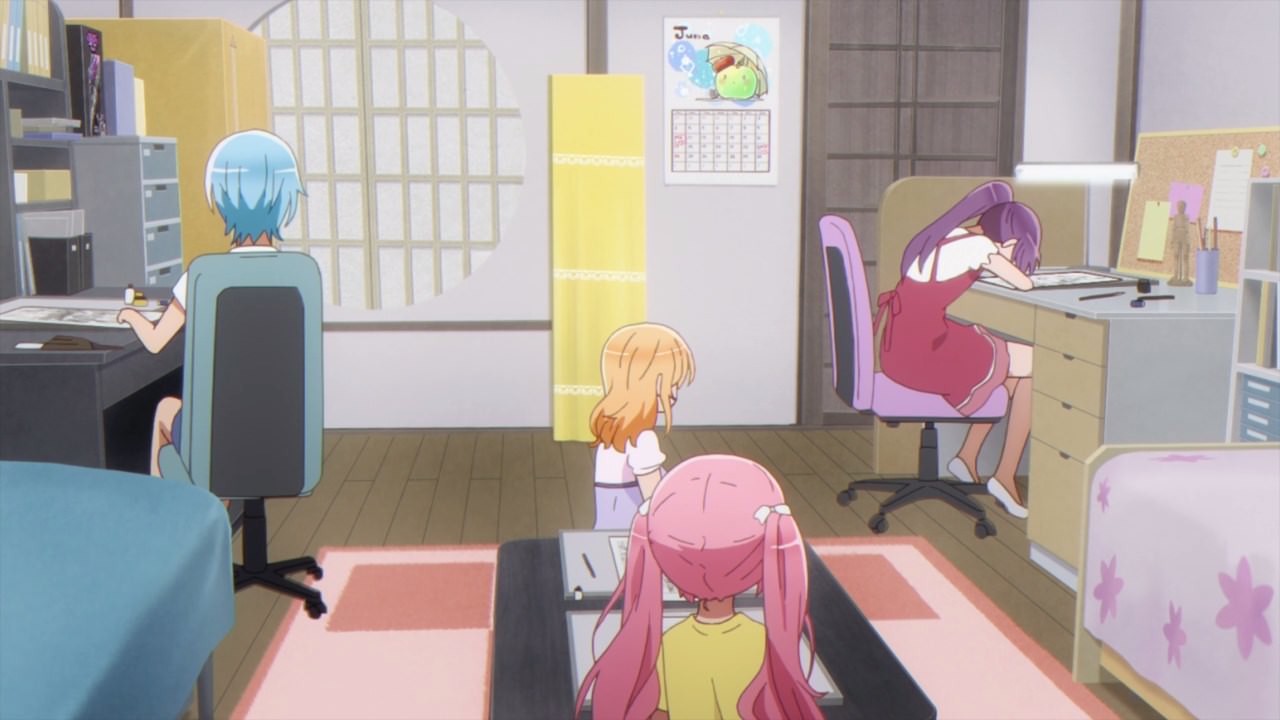 In addition to not having big boobs despite her pen name, Rukki feared that her friends or even her family might see her. Poor Irokawa… 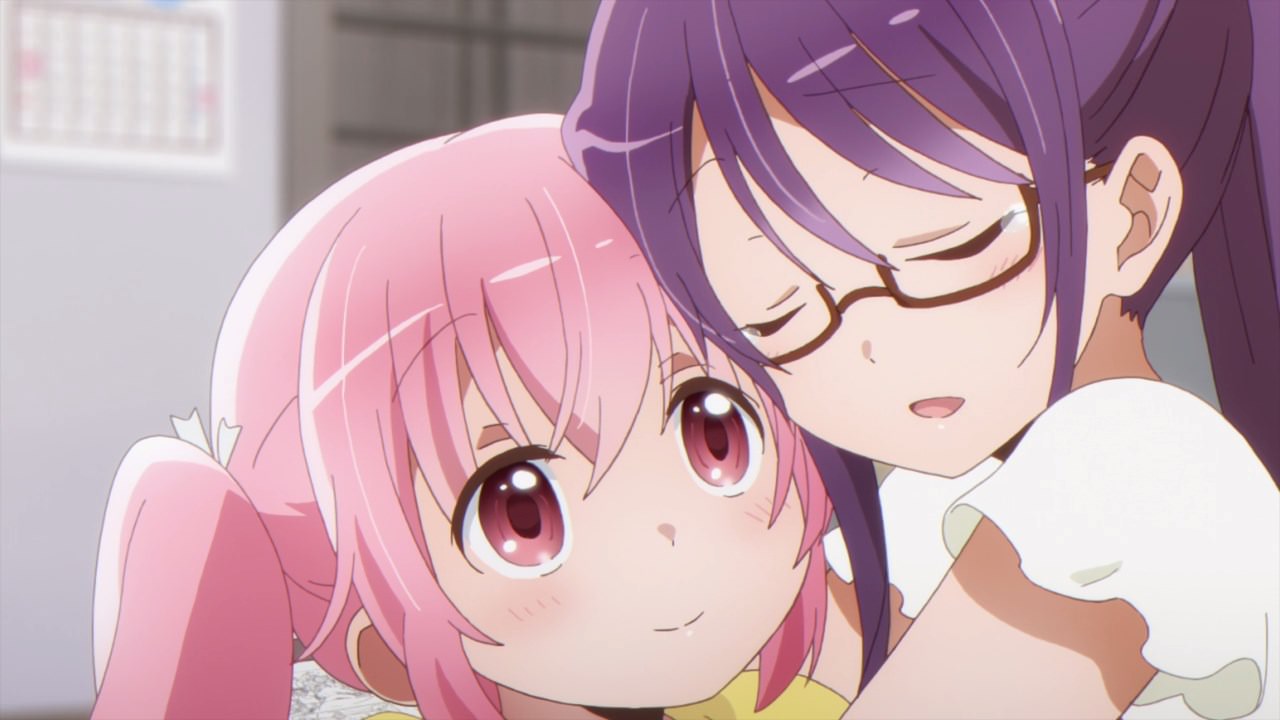 So yeah, Ruki Irokawa is in a dilemma and she doesn’t know what to do other than holding Kaoruko tightly. Um Ruki, you can just have someone as a stand-in, but it’s not that right! 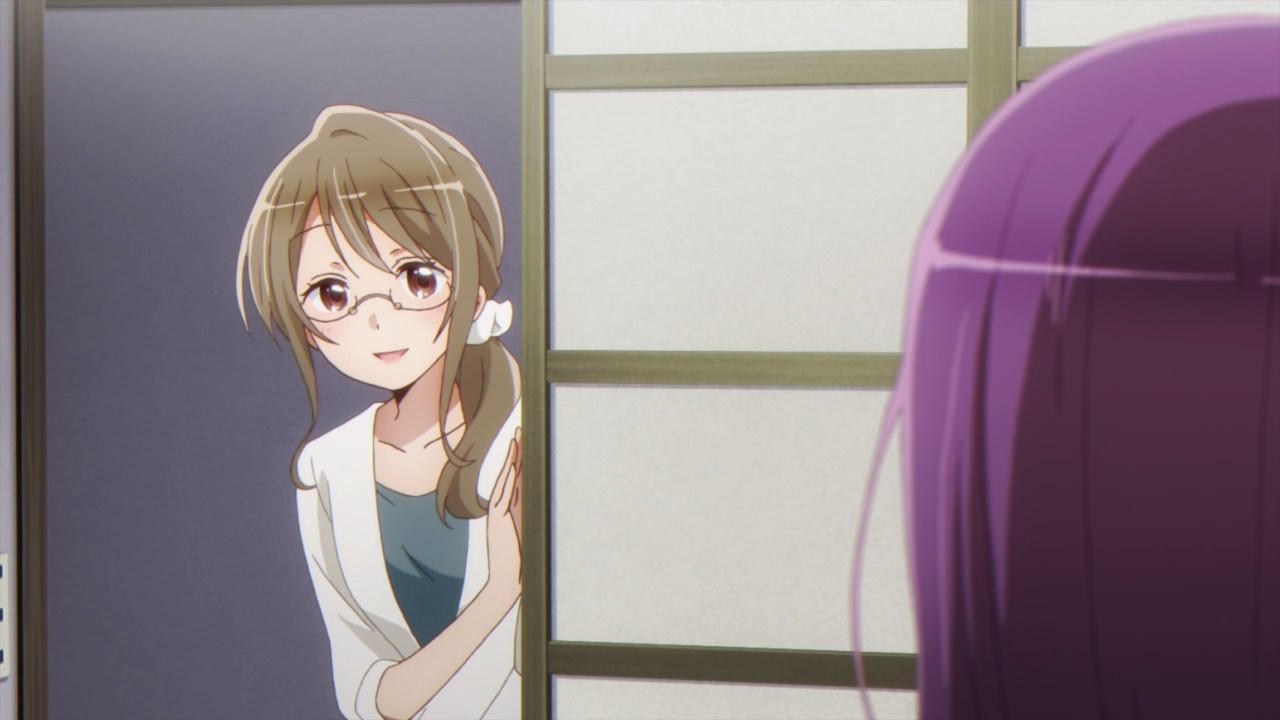 Fortunately, Ririka Hanazono has a solution to her problems. Instead of putting pads and call it a day, Ririka-san will turn Ruki from an ordinary girl into a fine lady. 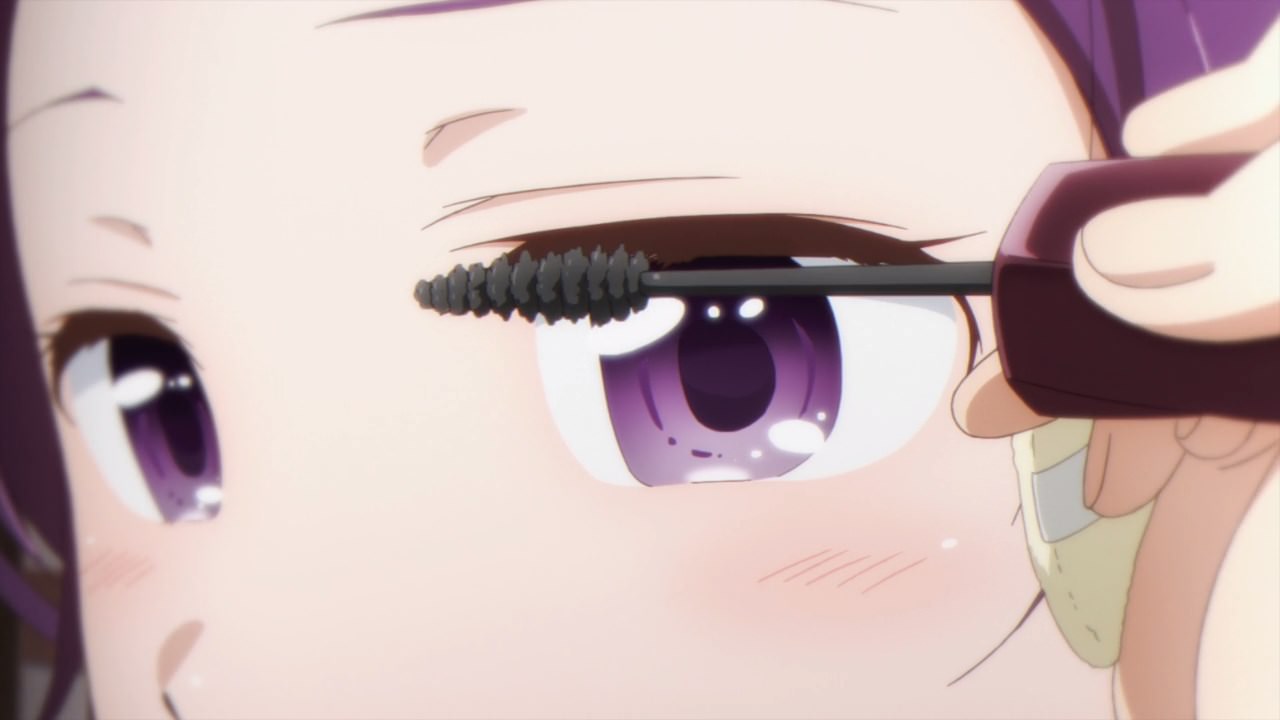 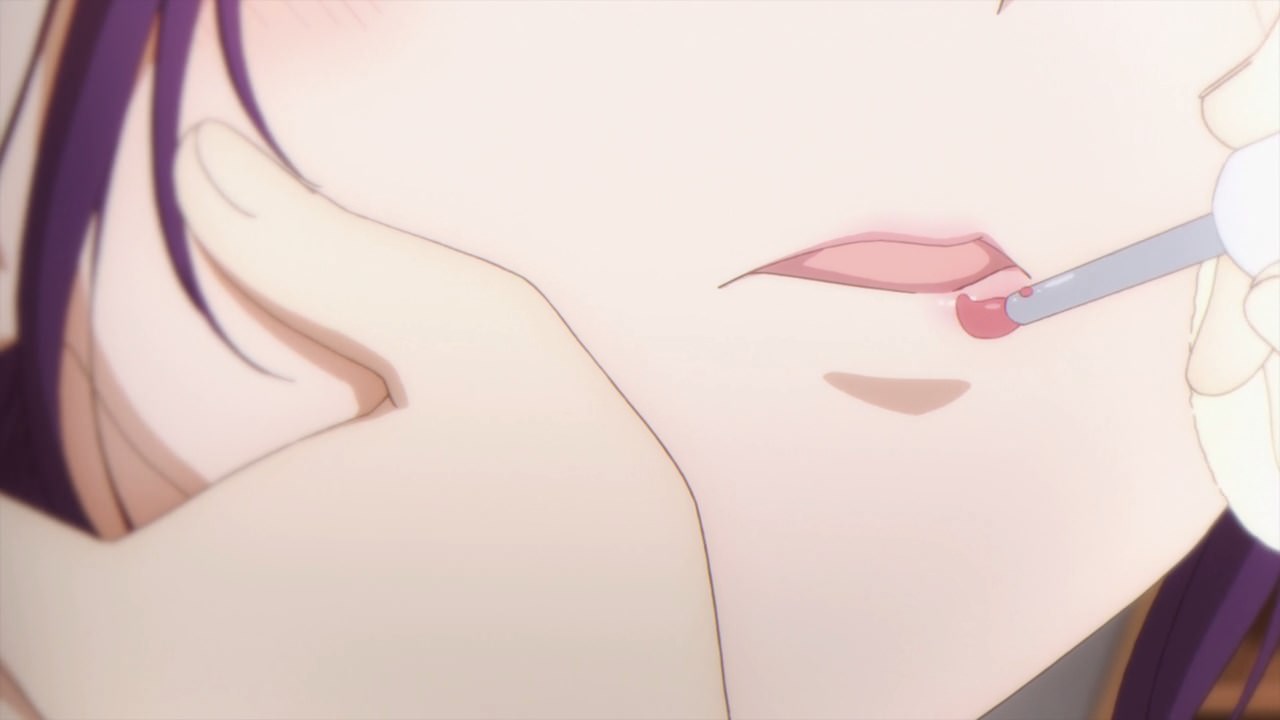 All she needs to do is to put some makeup on Irokawa’s face and with a little bit of tweaking, Hanazono will turn Irokawa into a woman in no time. 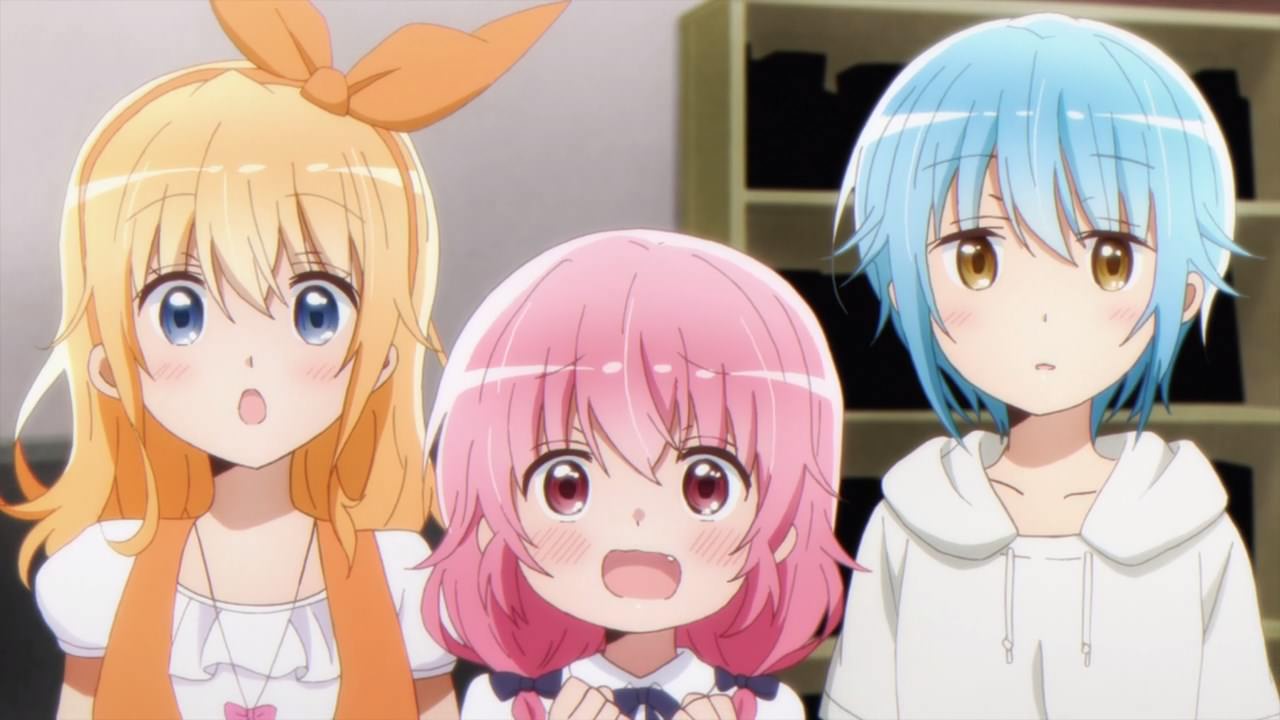 Now then, it’s time for the biggest reveal as Ririka Hanazono is done putting some makeup and styling Ruki’s hair. Heck, even Kaoruko Moeta and the rest are very excited to see Irokawa’s new look. 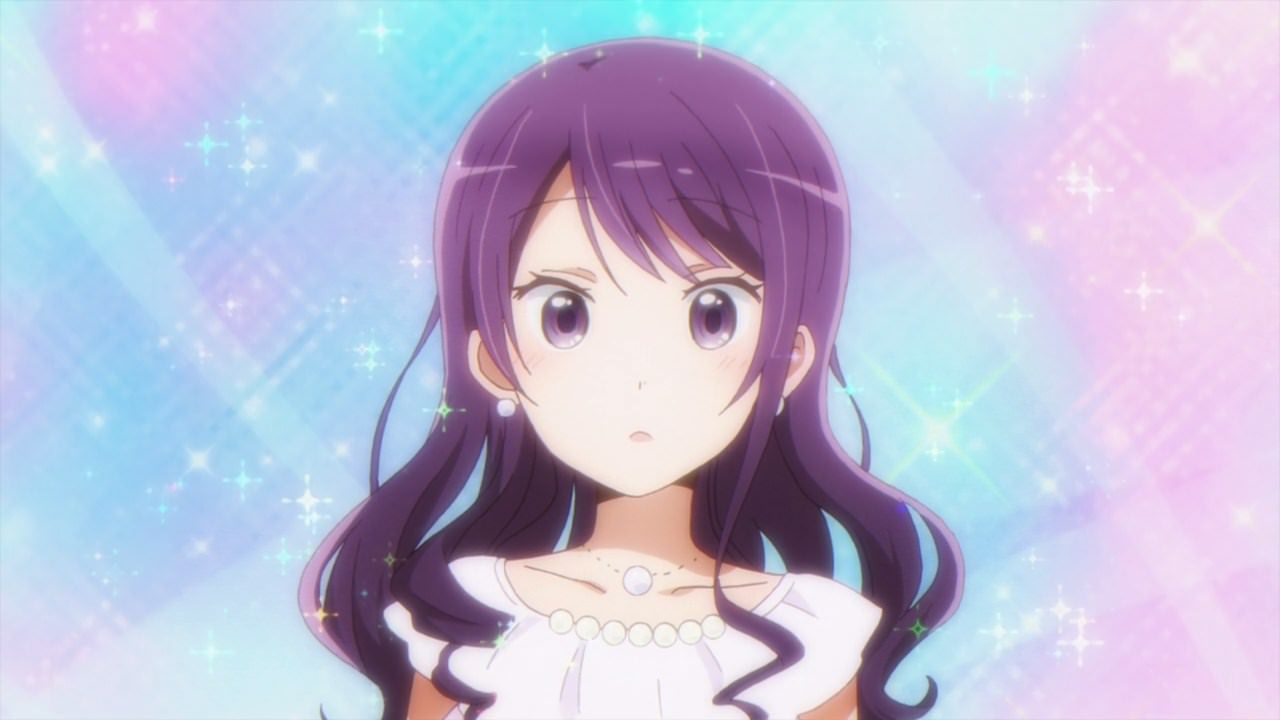 Anyways, this is Ruki Irokawa and damn, she looks so gorgeous thanks to Ririka Hanazono’s makeover. Now she’s ready for the signing event. 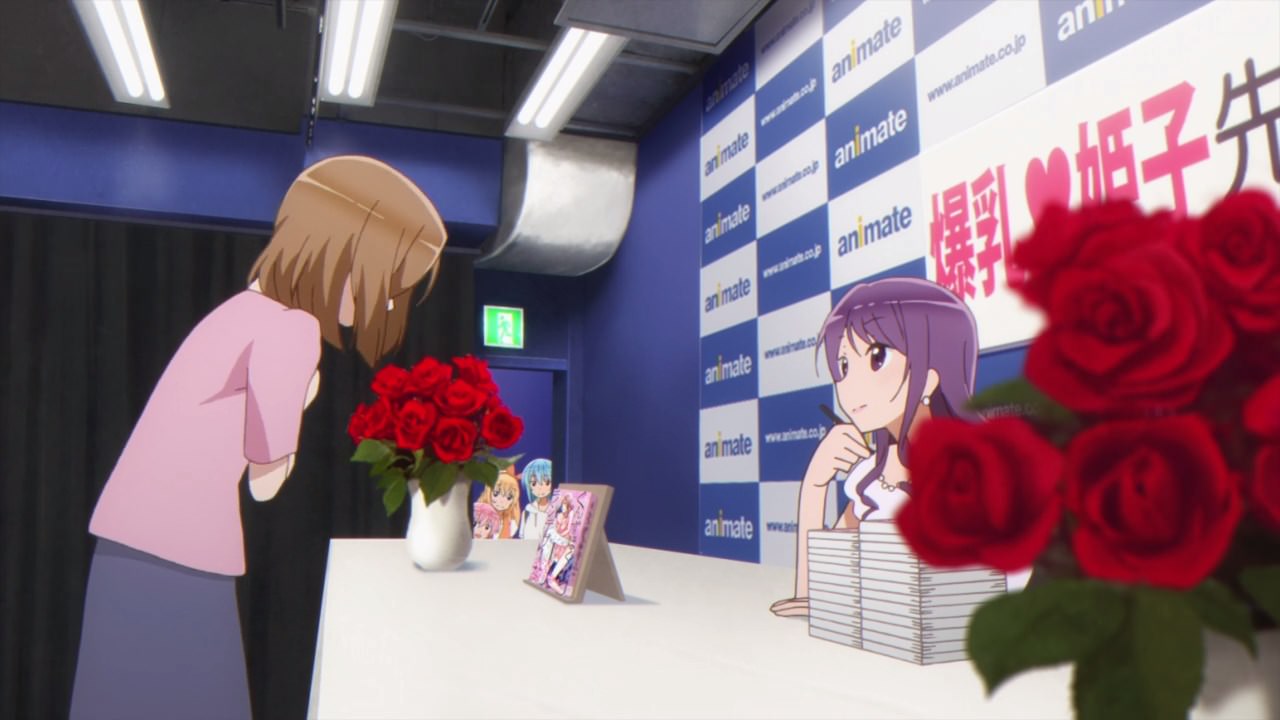 And it turns out that the event went smoothly as Ruki greeted some fans of her manga series. I must say that the power of makeup would turn young girls into fine ladies and I’m glad that Ruki Irokawa managed to pull it off.

But that’s about it for Episode 4 of Comic Girls and I like how Ruki Irokawa conquered her stage fright that she became a confident woman with the help of the landlady and her friends. Oh yeah, Ruki’s manga is actually quite good according to her readers as it has a great story to it despite being lewd in nature.

Now then, let’s hope that Ru- I mean Bakunyuu♥Himeko will put up a brave face during the afternoon session as I’ll see you next time!